#18 out of 71 Airlines A minimum of 10 flight-reports within the past two years is required to appear in the rankings. 274 reviews

By CS-TTI 2692
Published on 14th April 2015
This leg would be the last one of my weekend trip to Barcelona. As I deboarded from the previous flight BCN-LIS, through the airbridge at gate 23 I noticed that it would be the same aircraft continuing to FNC 1h10 later. I still had some time and so I went to TAP Premium lounge. There was a big line to enter there and inside it seemed like a cabin at the end of a long haul flight… almost no food, newspapers spread everywhere, not good at all. I think TAP should think to offer a different product on its lounge, maybe adding a new lounge for its non-Schengen passengers and trying to diversify the catering.

I arrived back at gate 23 at 20h40 and boarding was already going on. Flying C class I was able to board through the left side of the gate without any lines or waiting time. This priority boarding is also available for Victoria Gold, Victoria Silver and Star Alliance Gold passengers travelling Y class.

The plane would be almost fully booked and doors were closed 10 min before departure time. The A320 José Régio was airborne at 21h12, 2 min after schedule time of departure, taking off from runway 03. After a right turn to south it would be 1h25 more to our destination, FNC. 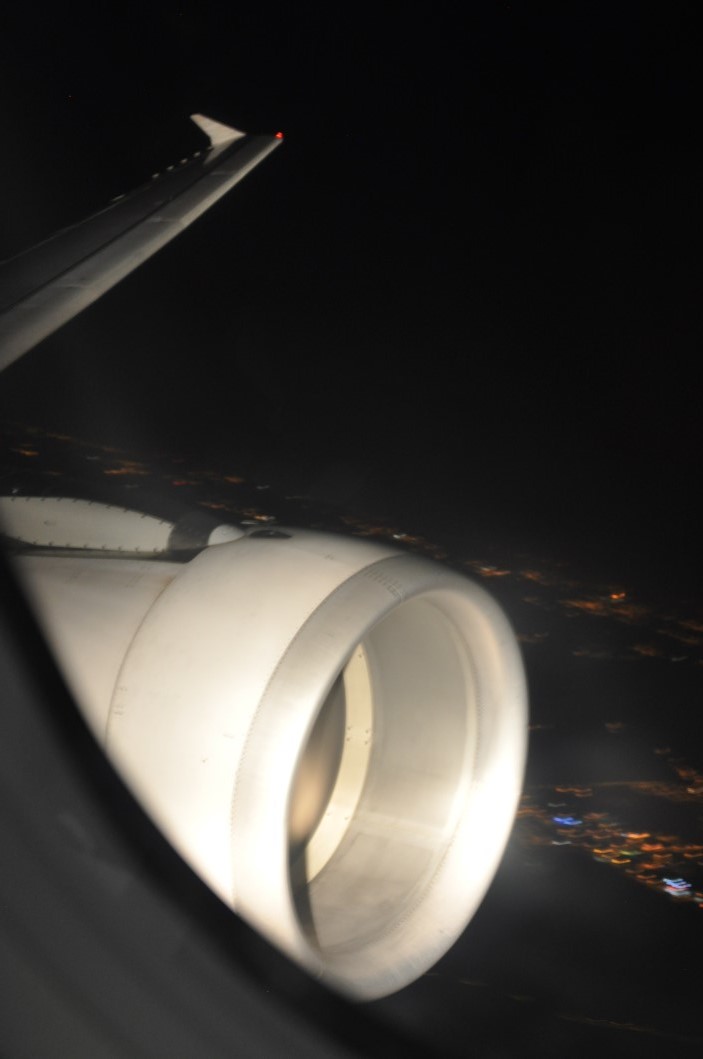 Soon after it, the crew came along with towels and menu, distributed to each passenger. As on the BCN-LIS flight a dinner would be served on C class cabin, but, fortunately, the contents of the meal would not be the same. Due to the short flight time, no pre-dinner drinks/spirits and pretzels were offered as on longer european flights. Dinner was served right away: Appetizer: salt cod confit, tomato with olive oil and green salad; Main Course: duck rice, mushrooms and rosemary; Dessert: Chestnut pudding, anise-flavoured yoghurt cream. Food was delicious, excellent for the quality and amount offered. Drinks and hot bread were offered several times along the meal. 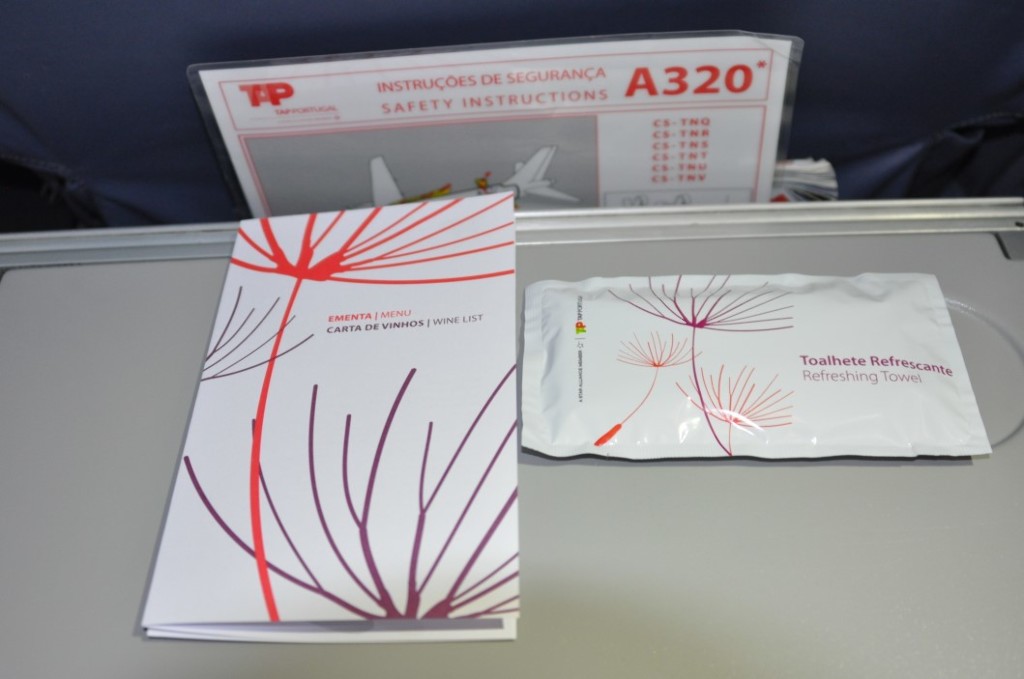 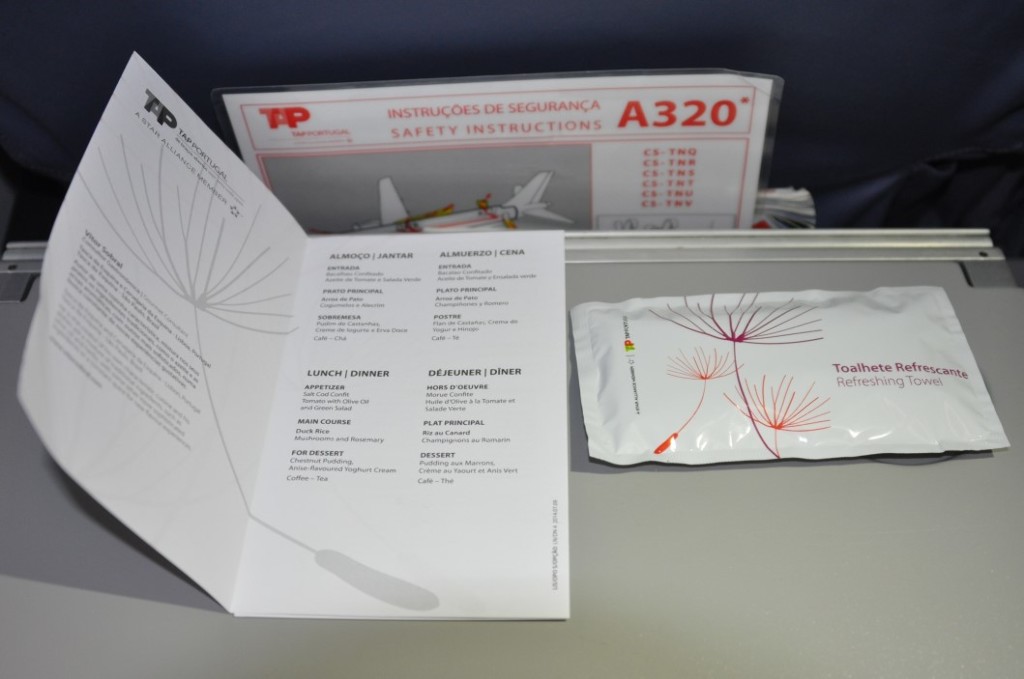 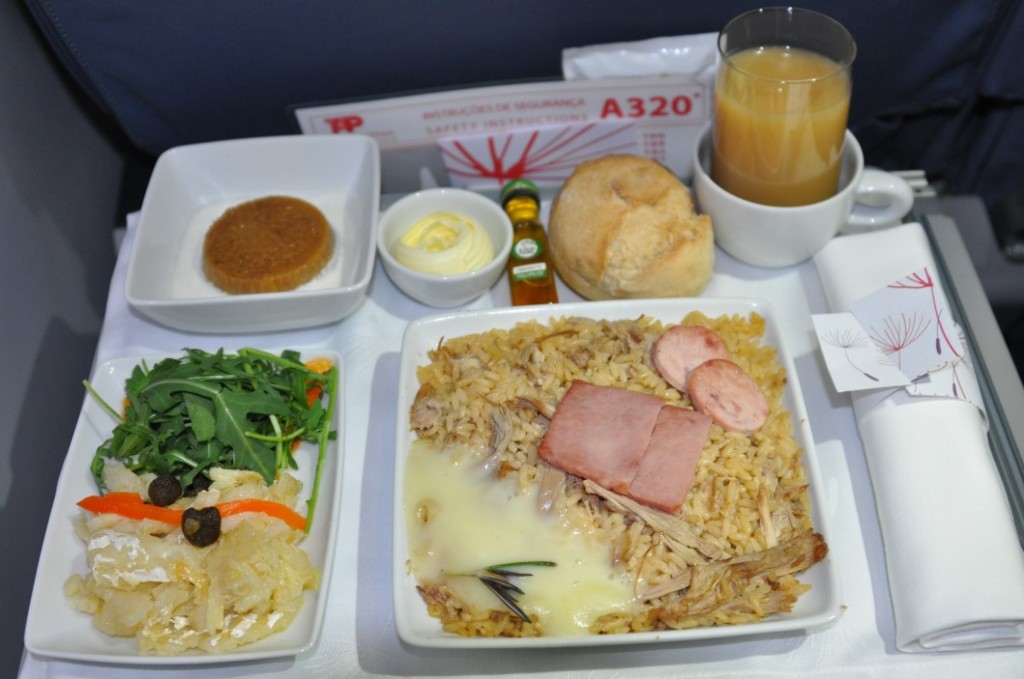 Soon after it was time for the onboard sales service and started descending to Funchal, Madeira, landing at runway 23, 15 minutes ahead of schedule time.

An excellent C class product on this domestic flight of 1h30.
See more

The contributors of Flight-Report published 4 reviews of 1 airlines on the route Lisbon (LIS) → Funchal (FNC).

The average flight time is 1 hours and 43 minutes.