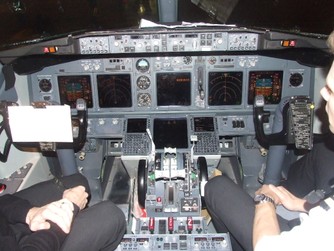 #11 out of 12 Low-cost airlines A minimum of 10 flight-reports within the past two years is required to appear in the rankings. 337 reviews

By Jett Tyler GOLD 1912
Published on 6th December 2015
Ok so this flight wasn't exactly planned or expected. I booked it about 3 weeks before I flew as a friend of mine wanted to meet with me for her birthday celebrations as I couldn't make it to Manchester. However Dublin was achievable thanks to Ryanair for the both of us.

My Ryanair flight for this trip was going to be return job from London Luton. London Stansted I went to for my last Ryanair flight- but with Dublin offered from LGW & LTN (LTN was going cheapest) I thought it made my life that little bit easier. My last trip with Ryanair (see: http://flight-report.com/en/report-11267.html) made me think they were ideal for a situation like this or just to getaway for the sheer hell of it. Wasn't expecting a lot, but we shall see how this flight plays out…

My flight costs broken down was basically:

As with my last trip (Helsinki with Finnair) I was going to camp overnight in Dublin as my flight was pretty much one of the first out, and its better camping airside than it is land side at an airport. This would be my second time flying from London Luton (LTN), having previously flown in February 2014. However this would be my first time at Dublin Airport and my first time in the Republic of Ireland. My dad came along with me on this trip as he wanted to see DUB Airport.

We got to London Luton and parked in the Mid-Term parking and we caught the shuttle bus to the Terminal. We quickly got through security and went airside. After browsing the Duty Free, we went to a big window where we saw a trio of planes parked up getting ready for the first services that morning. a Thomson Airways Boeing 737-800(SSWL), Monarch Airbus A320 & A321. Our flight was announced to board at GATE 1 and we found ourselves taking a 15 minute stroll all the way to the end of the Terminal. I plugged my phone in to charge for around 20 minutes while boarding got under way. I try to get on board near the end. I managed to film and get some pictures as I boarded.

I got into the aircraft to find that my reserved Seat, Row 11 Seat A. Had NO WINDOW!!! Not impressed. I managed to film out of the window awkwardly behind me for the departure, then as soon as the seatbelt sign was off, I jumped across to Row 7 Seat F which was a row of 3 empty seats… Problem Solved. Service began in the cabin and I bought breakfast that consisted of a can of Hieneken Beer and a cereal bar. I thought why not. That came to the bill of 7EUR. We began our decent into Ireland. As we descended the rain began to rush by the 737 we were flying. It looked really cool when the lights came on by the engine.

We landed at DUB on time and parked up. It was around 07:30am and still dark as when I left my home at 3am.

I managed to get into the flight deck, this time filming and photographing was not forbidden and I now have a Ryanair flight deck in my collection of images. I got some pictures as we disembarked the 737. After going through security, which didn't take long, we went to McDonald's in the Terminal 1 food court as we waited for my friend to come from Manchester. Her flight departed MAN as our flight arrived at DUB. Luckily it wasn't a long wait and the weather cleared as well as day breaking. So after paying 11EUR for a taxi- we went to the spotting mound on OLD AIRPORT ROAD. Ryanair- Great value, shame about Row 11- however that was easily sorted out as the flight was around 65% full. Crew were friendly and I was pleased to get in the flight deck.

Dublin Airport- I arrived when it was quiet, so I got through quickly. But I found the Airport very modern, clean and a nice experience.