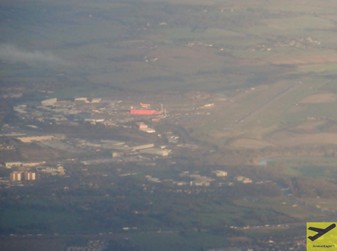 #55 out of 71 Airlines A minimum of 10 flight-reports within the past two years is required to appear in the rankings. 88 reviews

The return leg of my first trip of 2016. Today I was using Terminal 2 at Dublin Airport. I made my way through security to the departure lounge with ease. The departure lounge in Terminal 2 is much like many other new terminals at other airports with high ceilings and large windows. Amenities at the airport are plentiful with a large food court upstairs above the departure lounge. There are also a number of shops including an Ireland souvenir shop. With 3 hours before my flight I decided to do some planespotting and photography from the terminal. There is a spot at the end of the Terminal 2 concourse which has good views of the Runway 28 threshold. However, one downside of this spot is that it is facing into the sun which is not great when the sun is strong and low. At around 13:30 my gate was opened and I made my way to it. Unfortunately it was at the other end of the concourse and so about 5 minutes to get there. I joined the queue and within 5 minutes boarding had begun. For this journey I believe our plane was about 95% full and so boarding did take some time. My seat was 15A for this journey which gave me a good window view. We pushed back from stand 400R at 14:10 which had been our scheduled departure time. After the usual safety briefing and checks we began our taxi to Runway 28. Takeoff was good with a view of the sun setting over Dublin. We continued straight out before banking right during our climb out of Dublin. We levelled out just north of the airport. Our cruising altitude was 33,000ft The wing view from seat 15A Pushing back from stand 400R

As we crossed over the Irish Sea, a drinks and snacks service (non-complimentary) was served. I bought the adult snack box and a can of orange juice. The snack box consisted of crackers, a cheese spread, a small chocolate bar and tex mex crisps with a bruschetta dip. It was ok. The interior was fairly standard although the seats were quite comfortable. We continued over to Wales before heading over the West Midlands. The snack box and my orange juice Contents of the snack box View during the flight

We began our descent into London as we passed Luton Airport. Just Northwest of Greater London we joined a holding pattern for approach into Heathrow. We only circuited once before being given permission to proceed. Our approach initially took us east over North London at a fast pace. The aircraft then proceeded to bank right to line up with runway 27R, just north of Canary Wharf. Finals into Heathrow Airport was pretty smooth although landing was a bit rough. We vacated the runway and began our taxi around Terminal 3 which took a few minutes. We pulled onto stand 221L at Terminal 2. Disembarkation was relatively quick for a full flight. Terminal 2 was no effort to get through and I soon began the journey home. 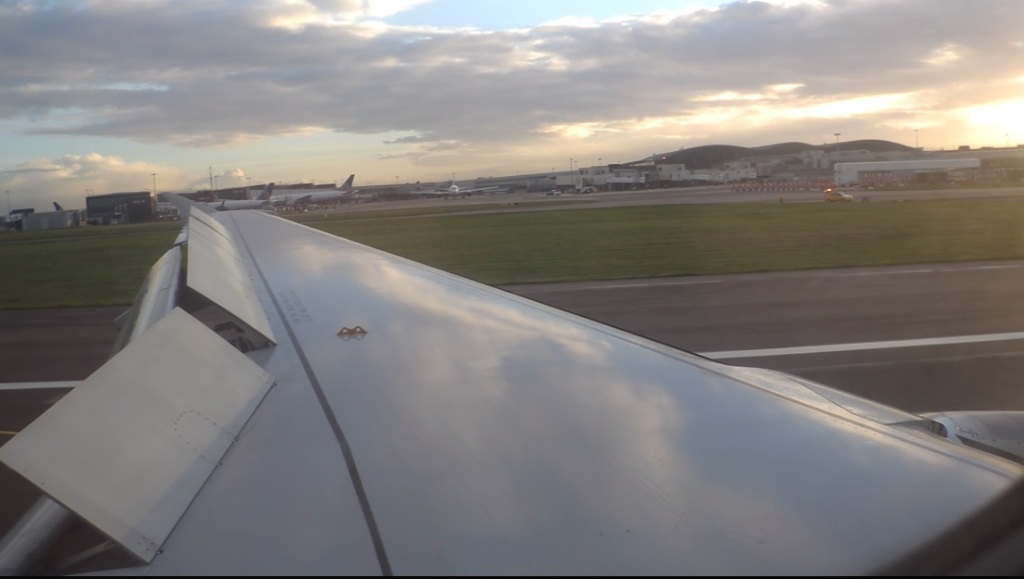 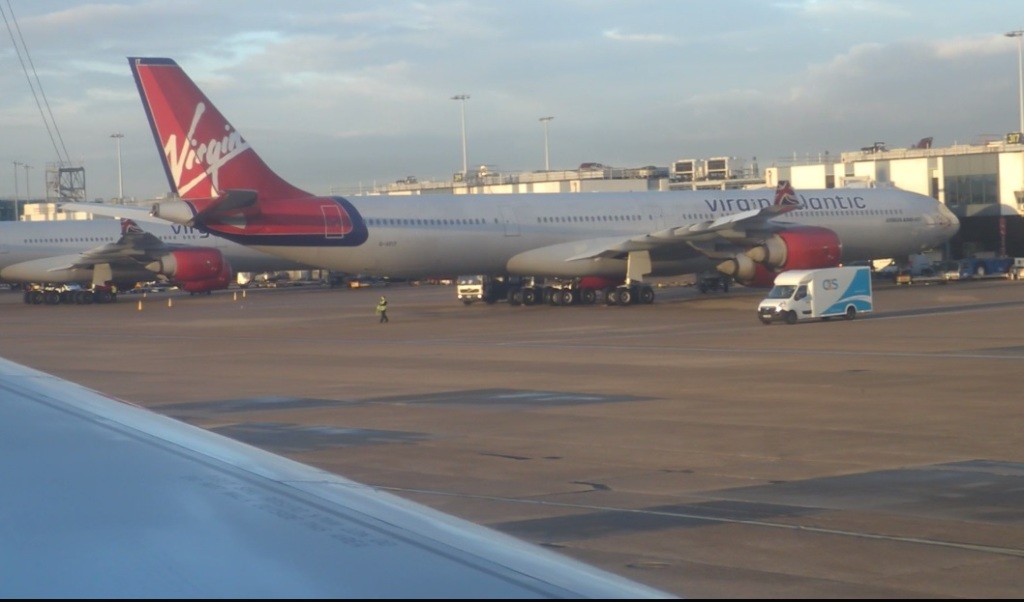 Below is the video of the flight

Dublin Airport Terminal 2 was very good. It had plenty of amenities and provided some good planespotting. If I were to use Dublin again I would look at using a lounge which on this occasion I did not use. My flight went pretty smooth, I had no problems. The flight itself was pretty cheap at around £40. My flight was lucky in not having to wait long to get into Heathrow and I easily made my public transport connection. The Airbus was a good aircraft and the seats were comfortable. Cabin crew were nice and I had a good trip.

Unfortunately I have missed out one or two things such as pictures of Terminal 2, aircraft interior, etc. which I forgot

If there is anything I could improve on then your comments would be appreciated.

The contributors of Flight-Report published 7 reviews of 3 airlines on the route Dublin (DUB) → London (LHR).

The average flight time is 1 hours and 24 minutes.