Review of United flight Newark → Dallas/Fort Worth in Economy

By Drewj21 944
Published on 6th December 2016
Hello Friends!
This summer in August, my family moved to Texas from New Jersey because of job relocation. This was a company-booked flight, meaning I had no say over carrier, class, or seating. Unfortunately for me, this meant a middle seat, and unfortunately for you, this means less pictures. There’s only so much you can do in a middle seat.
We arrived at Good old Newark about 2 hrs. before departure, I haven’t flown on Unitental since the merger, so seeing Terminal C with ONLY SELF-SERVE CHECK-IN was a shock. 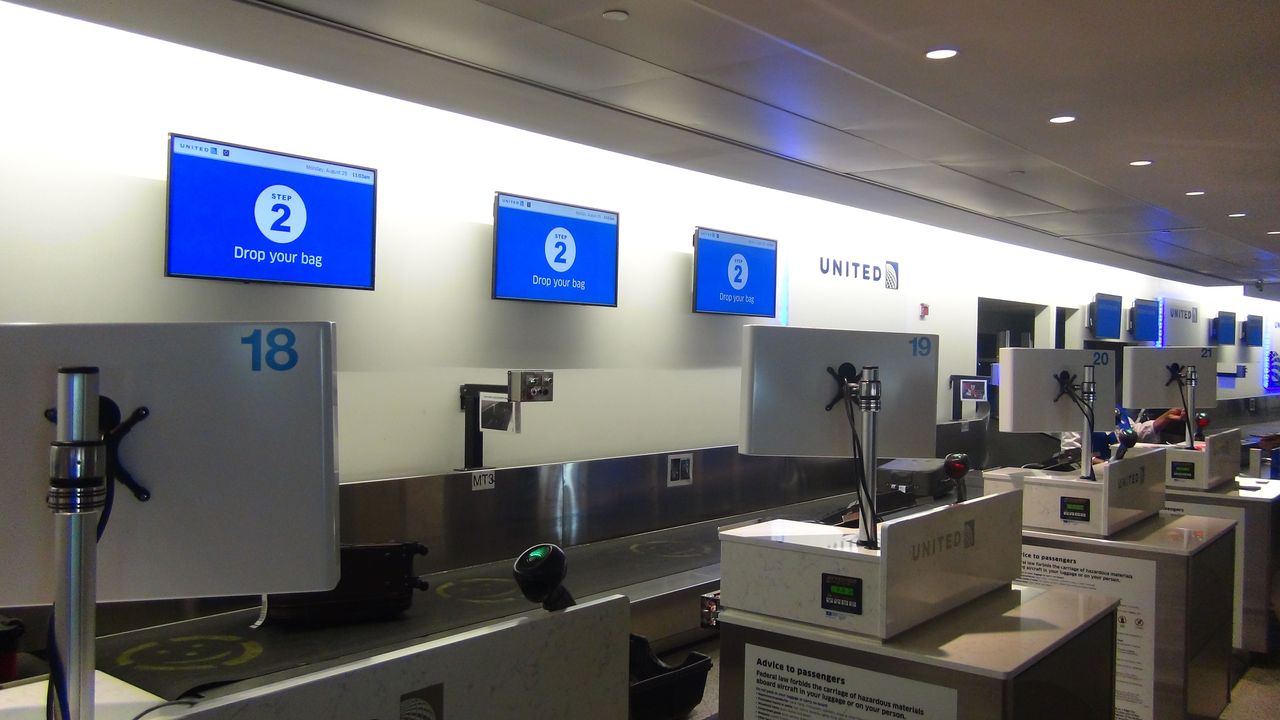 We tagged our bags to DFW and dropped it on the ramp.
After that, we headed upstairs to Security. Remember the big CO sign above the checkpoint that said Work Hard, Fly Right? Now it has a big UNITED logo. Security was pretty short, shocking for Newark.
Unfortunately, no Continental Airlines Presidents Club…. emm. UNITED Club visit for me because we were running late.
Once we were airside, we headed to Gate C70.Our plane had already arrived from IAH. 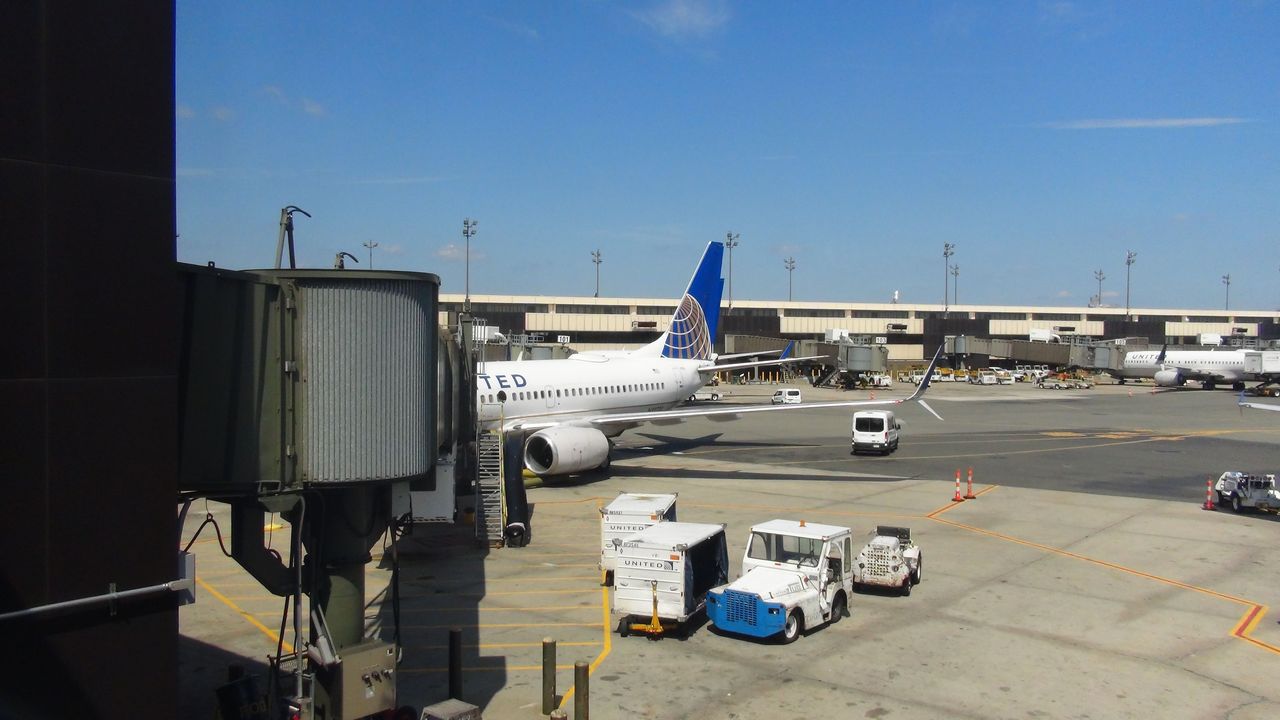 This was the best shot I could get of our bird. This bird is an ex-Continental 737-7 with split scimitars, delivered to CO in 1997. Welcome to Unitental Town! I personally don’t like the hybrid logo. Most, if not all birds here are Ex-Con. 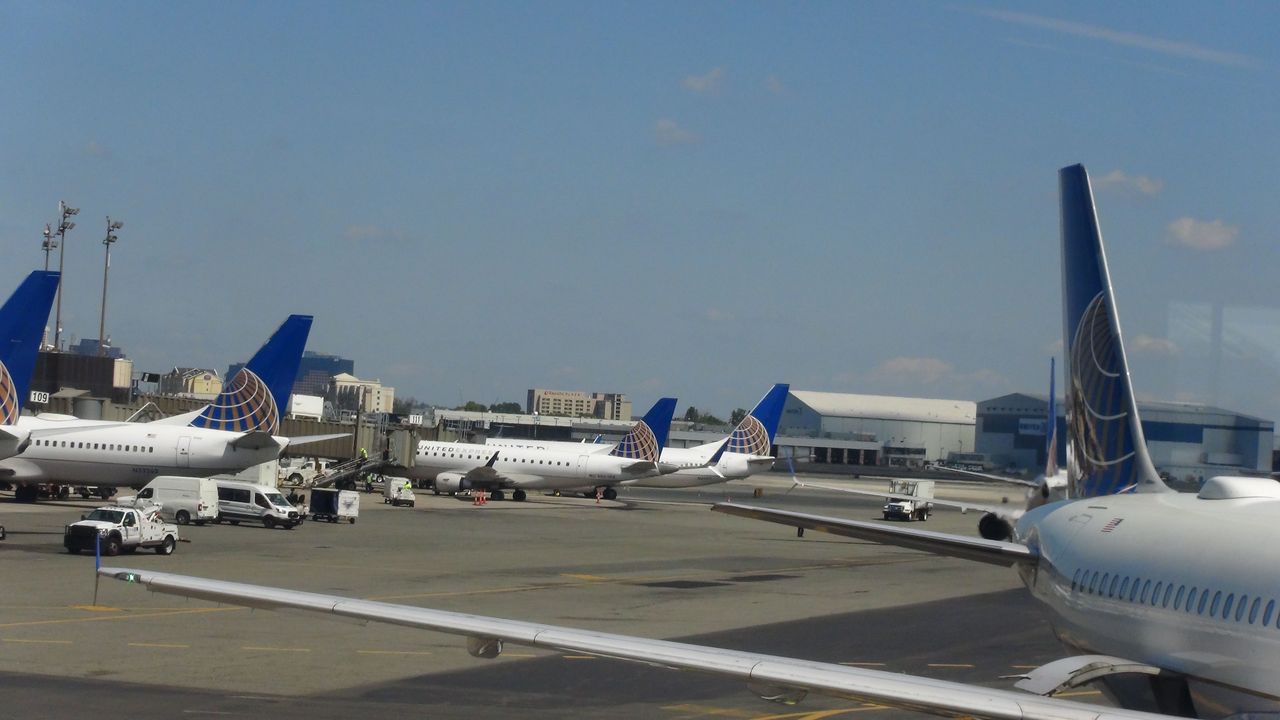 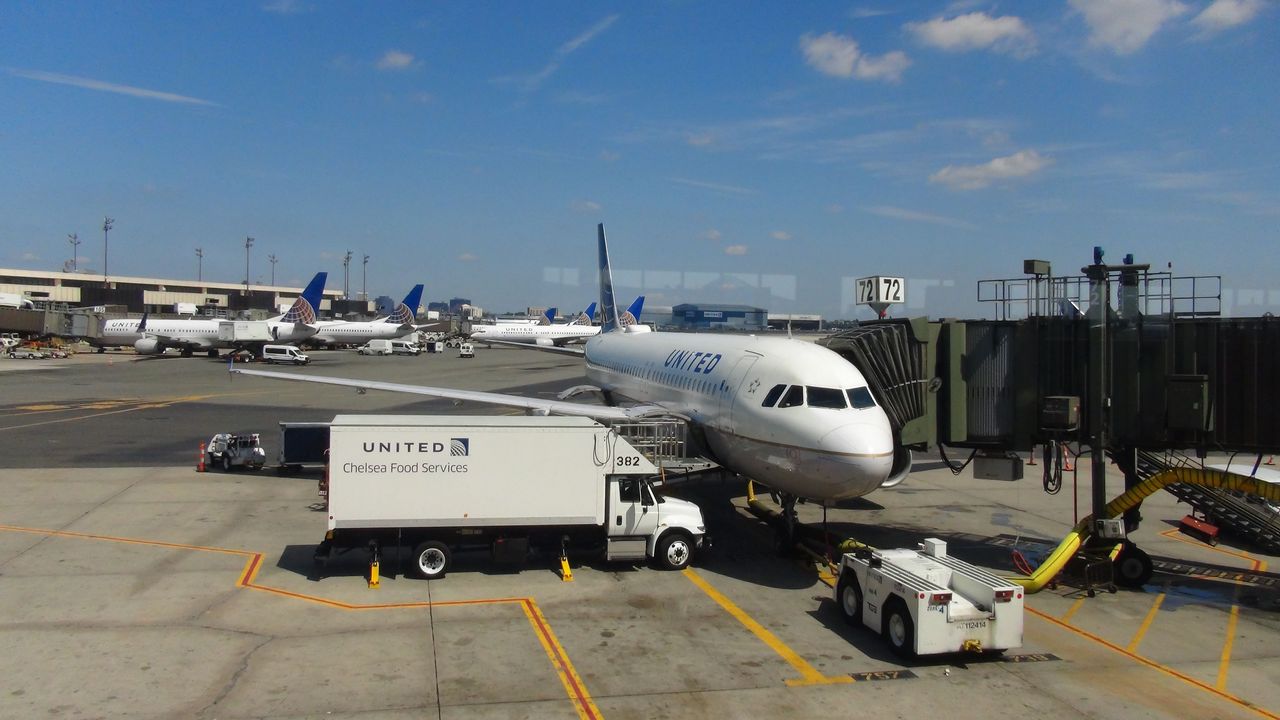 Boarding commenced right on time (shocking), and priorities were not respected (not shocking). I did not board first even though I am *A Silver, I chose to board with my family.


Because the company booked all three of us in middle seats, I swapped seats with my sister so I could keep an eye on her.

Its been 6 years since the merger, but they still haven’t retrofitted the seats. It’s the same old checker seats with DirecTV. And they are still ripping us off, 7.99? per screen? I tried to use the BYOIFE with the UA app, but they were smart, they don’t allow personal device entertainment on flights with TV. Instead of paying, I kept it on the moving map. 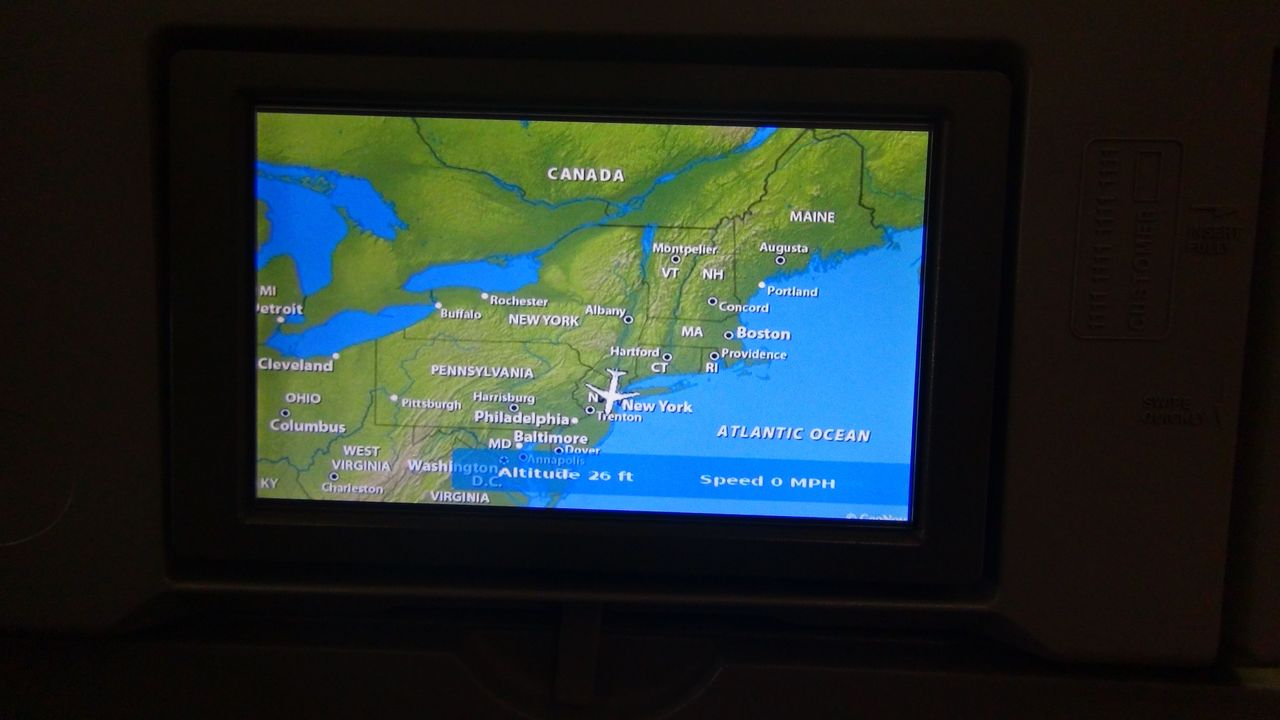 We took off, and Cabin service started. I had a Sprite and the FA was nice enough to give me the whole can! I was also given a Snack Mix. 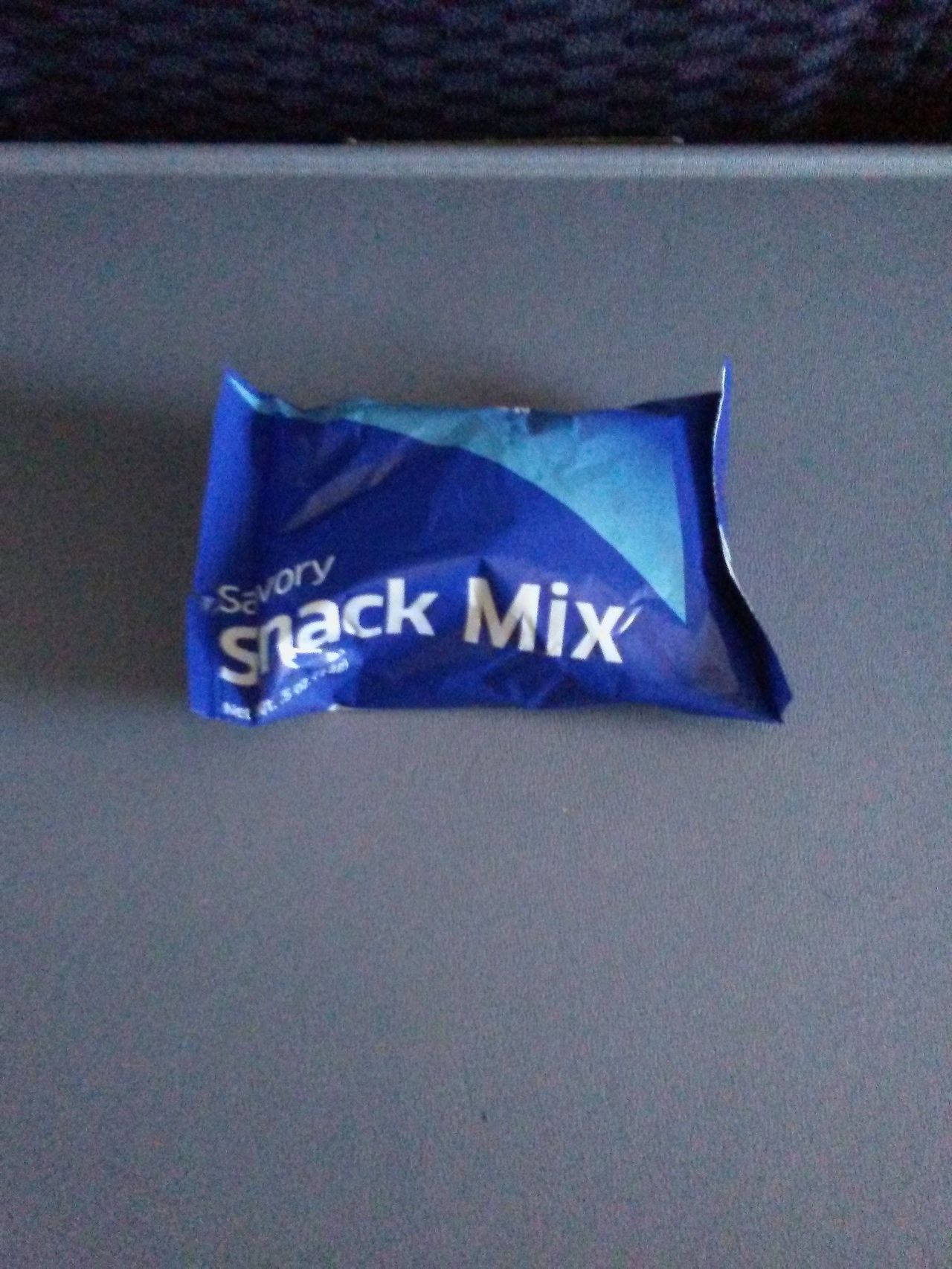 An hour later, I see the moving map’s destination has changed to Oklahoma, it says the same on unitedwifi.com
The captain comes over the PA and says, there has been storms in the DFW area and ATC has told all aircraft to remain in a holding position over DFW. He also stated that we don’t have enough fuel to hold, so we would be diverting to OKC to refuel. People LOST it! They thought the plane was going to crash. I sat back and silently laughed at their ignorance. We then landed in OKC and stopped at the gate to refuel. We were on the ground for an hour. (Again, best shot I could take from a middle seat.) 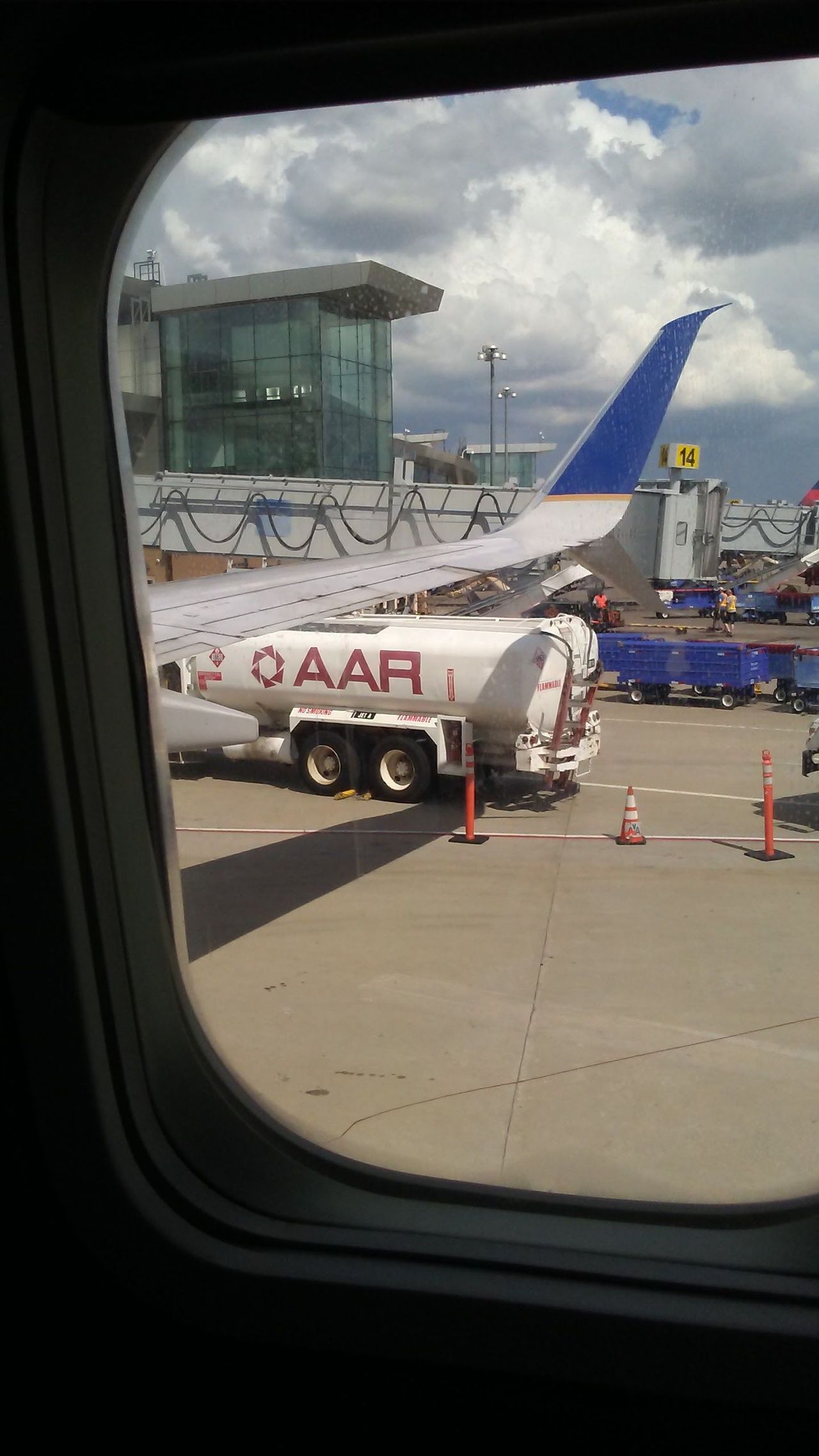 The IFE and Safety Demo played again, and we took off, Captain announced a flight time of 33 mins, and that there would be no cabin service due to the short flight. We landed at DFW uneventfully next to another UA jet (couldn’t tell what a/c from where I was sitting) and a NK a320 (in the old, repulsive, ugly livery) taxing by , and an AA 767 ? 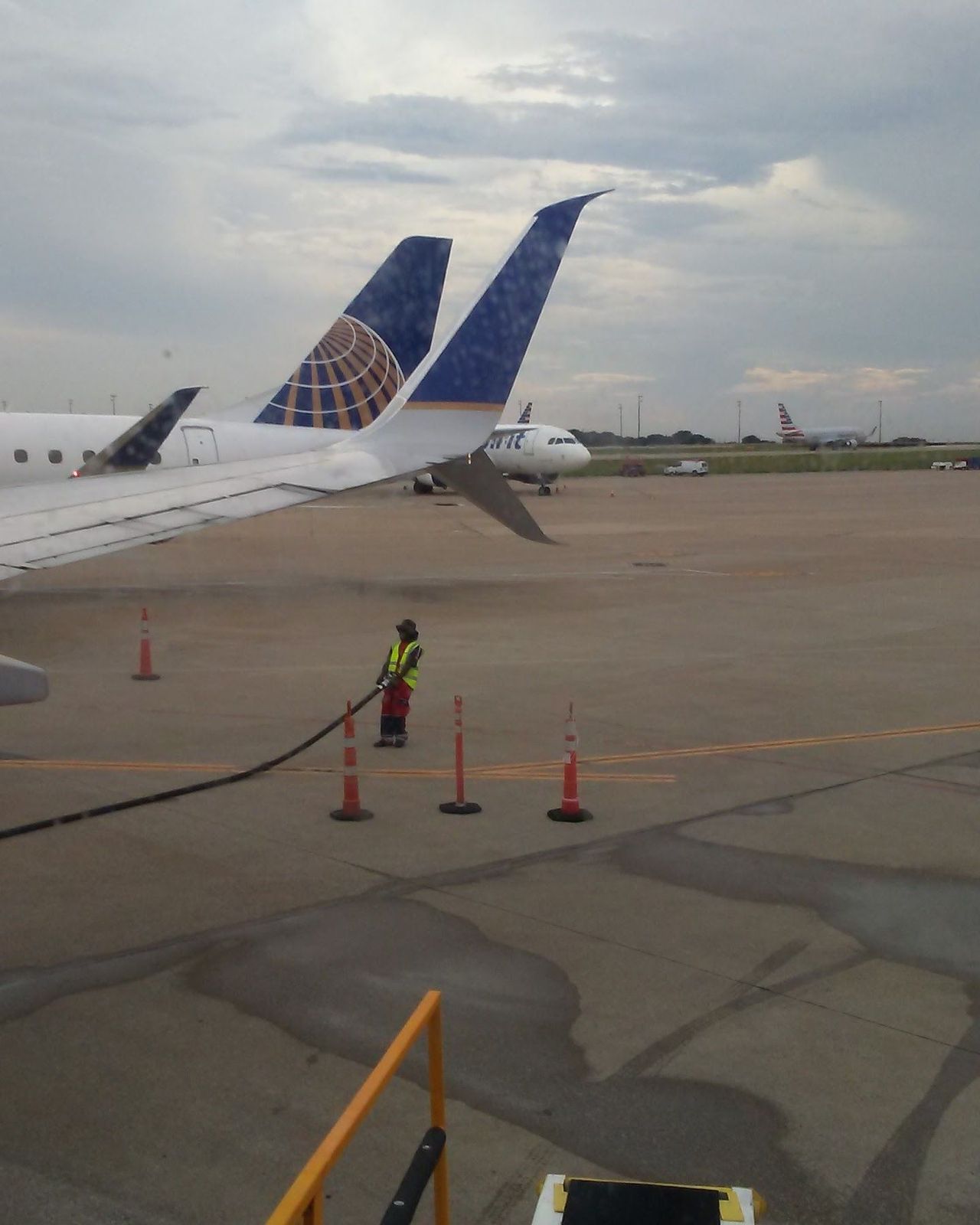 A decent domestic flight on UA....nothing to write home about

He wrote 4 reviews about 3 airlines and 5 airports.