By JonathanNd 704
Published on 9th March 2017
Hello!
I would like to welcome you to this trip report covering the PTY-MEX route. This is the screen including the flight details from Copa´s website. 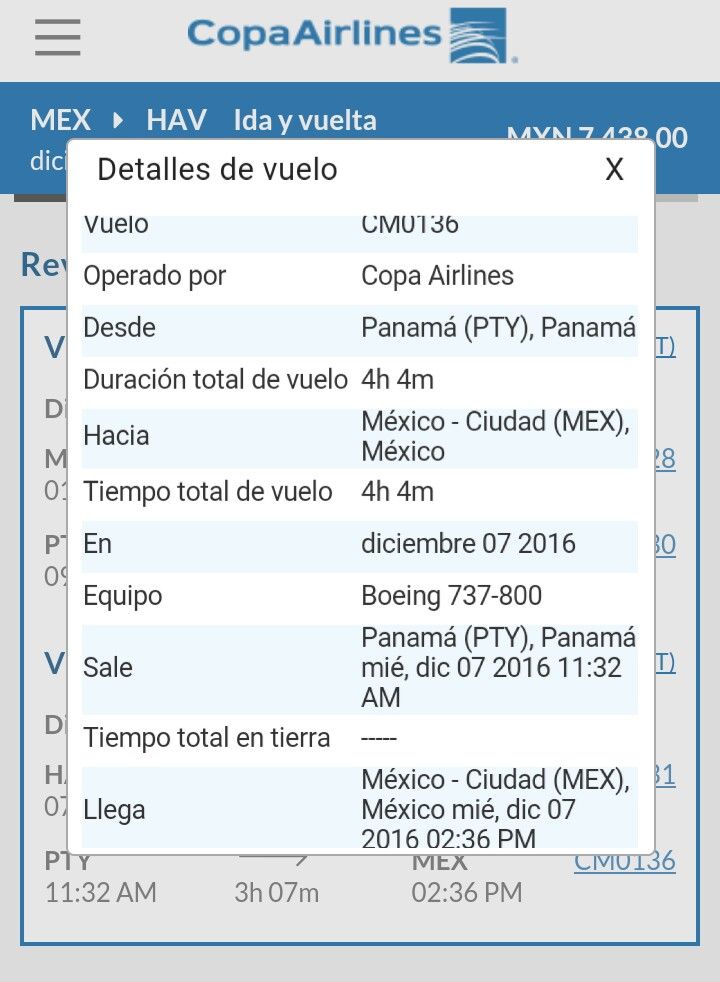 The BP for the collection. 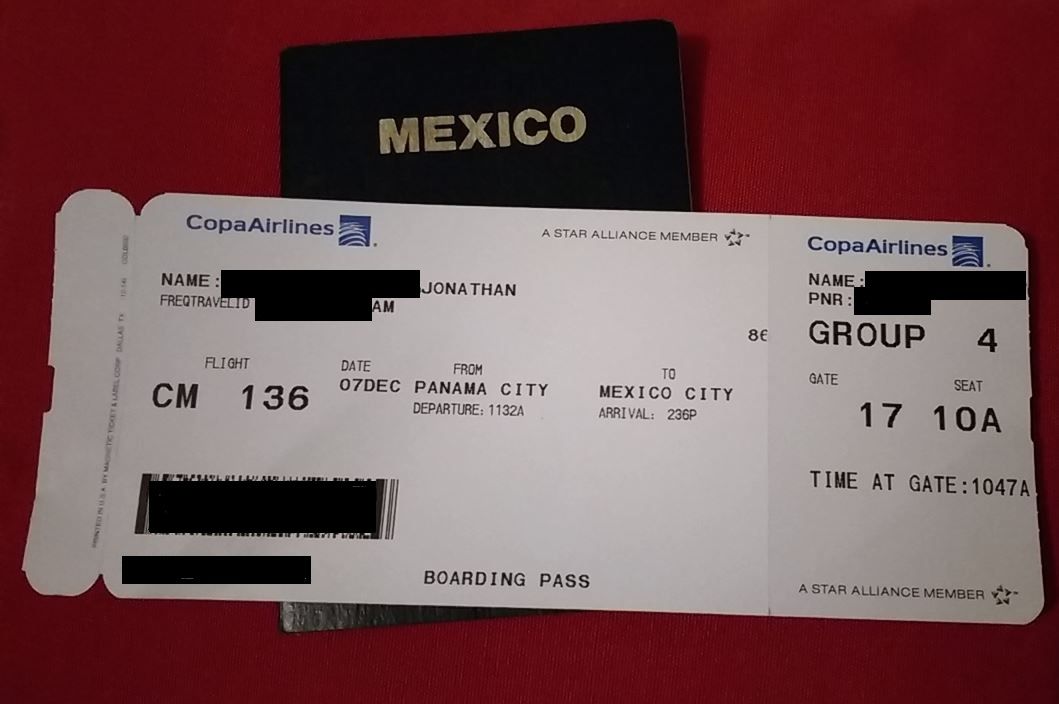 After the arrival of my previous flight I rushed to the assigned gate to see the majority of passengers waiting for the boarding. There are stations so you can charge your devices next to the gate. 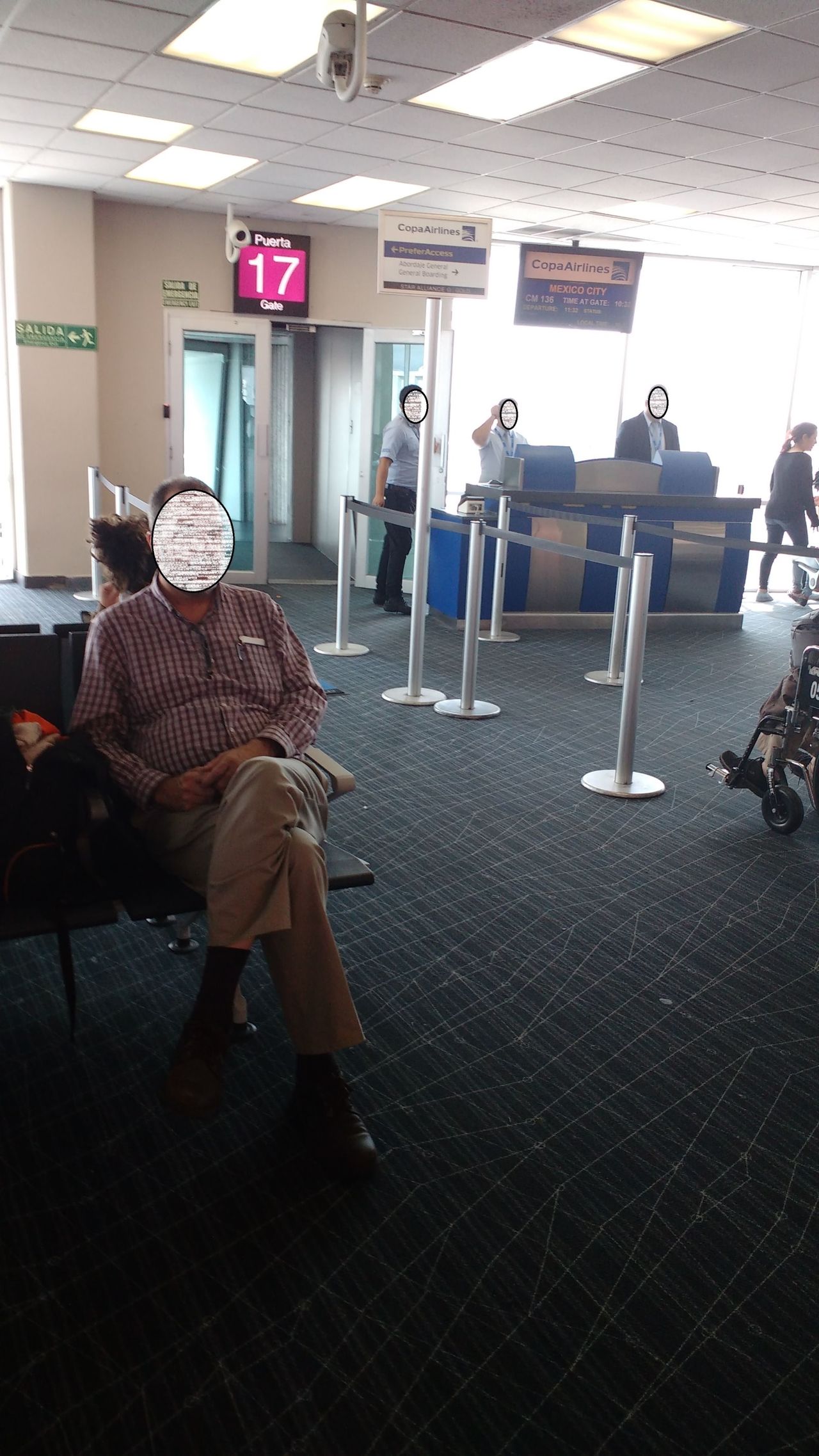 This is the cabin (not updated) while boarding. After a powerful take-off the aircraft started shaking and going up-down due to meteorological conditions. 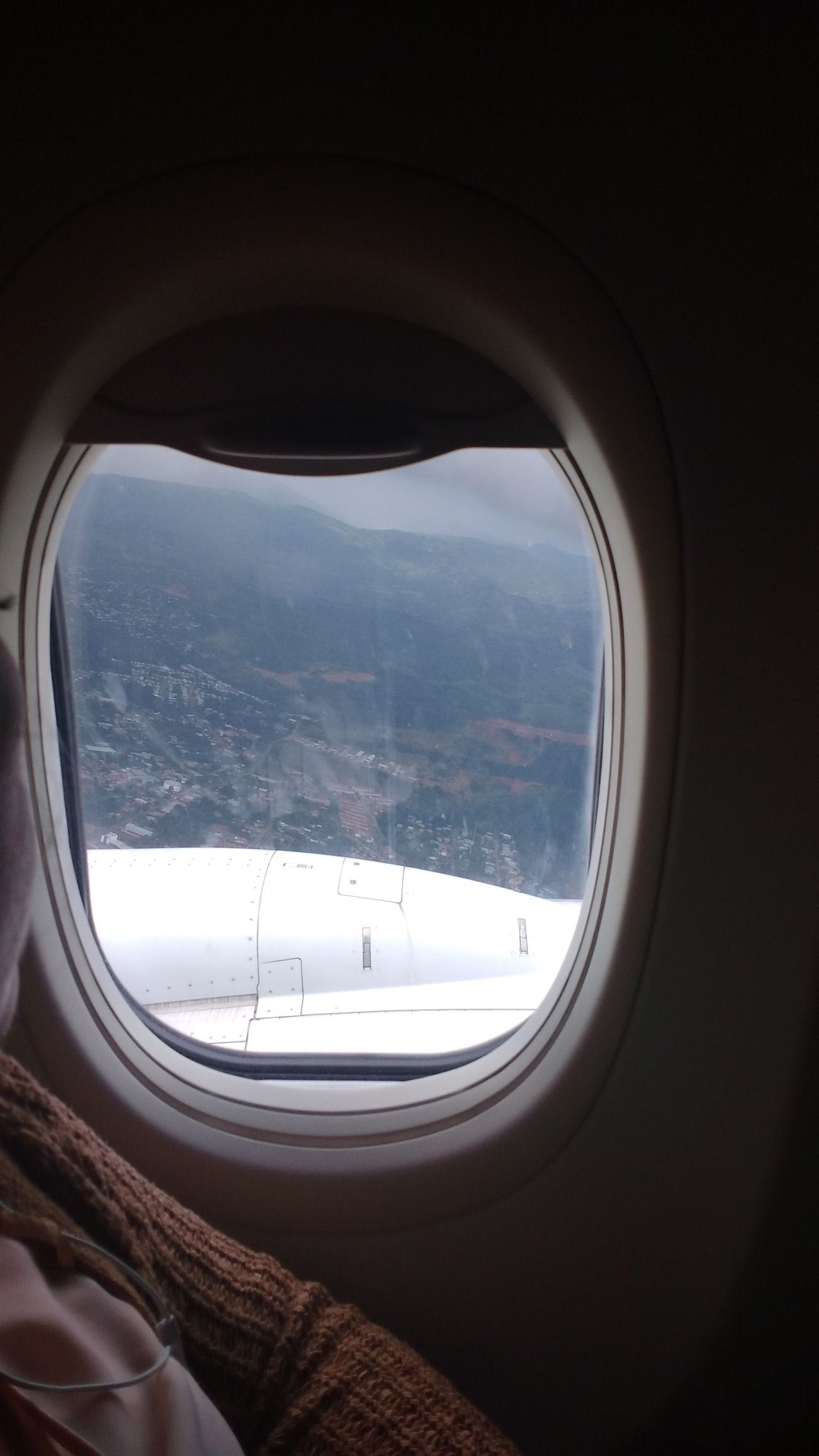 45 minutes later the service was ready with two choices available: pasta and chicken. I chose the former which was a little overcooked but still tasty, a cold bun, butter, a side salad with Italian dressing and a package of American () chocolate.
The tray meal as delivered. 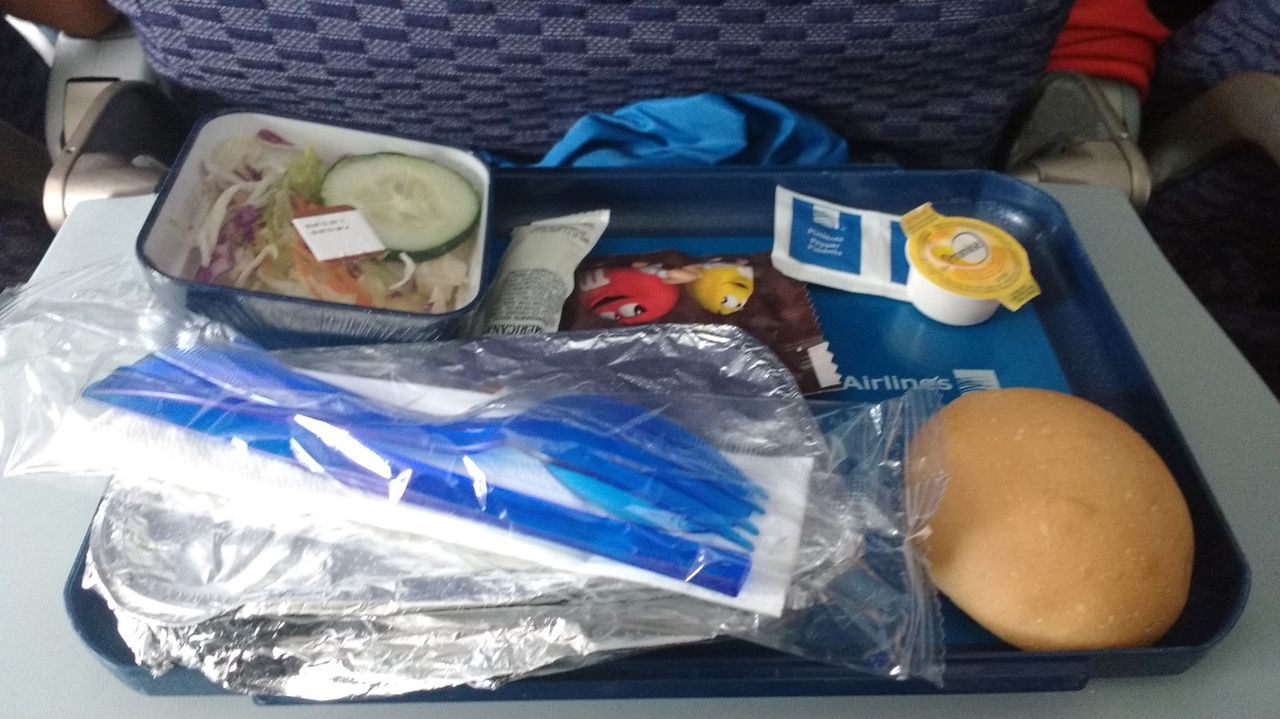 This time the beverages did not take long and my now classic Panamanian beer and rum. 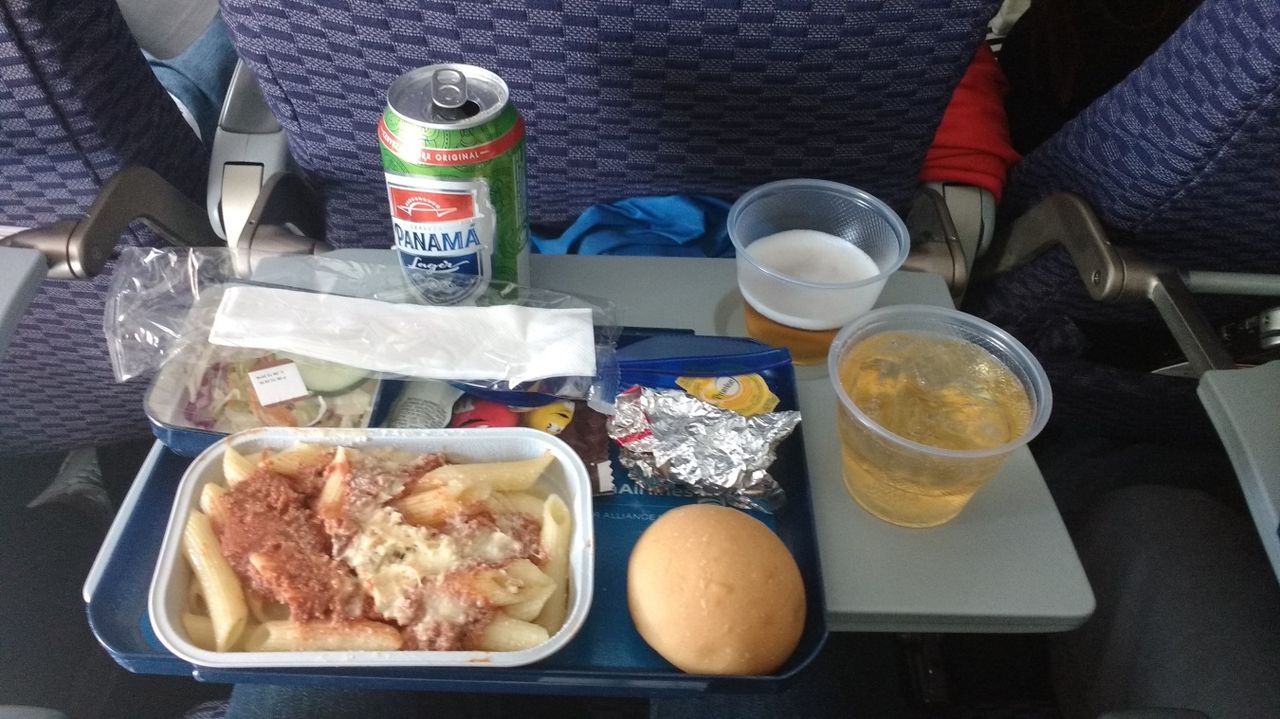 I finished the meal but I was still hungry and I thought that maybe I could ask for the other choice so I tried my luck and a passing male F/A noticed me and I asked if it was possible. He said that it would be fine as long as he could find one at the galley or from the cart at the end of the service. After 10 minutes he came to my row and handed me the plastic container with the chicken portion which was absolutely delicious. 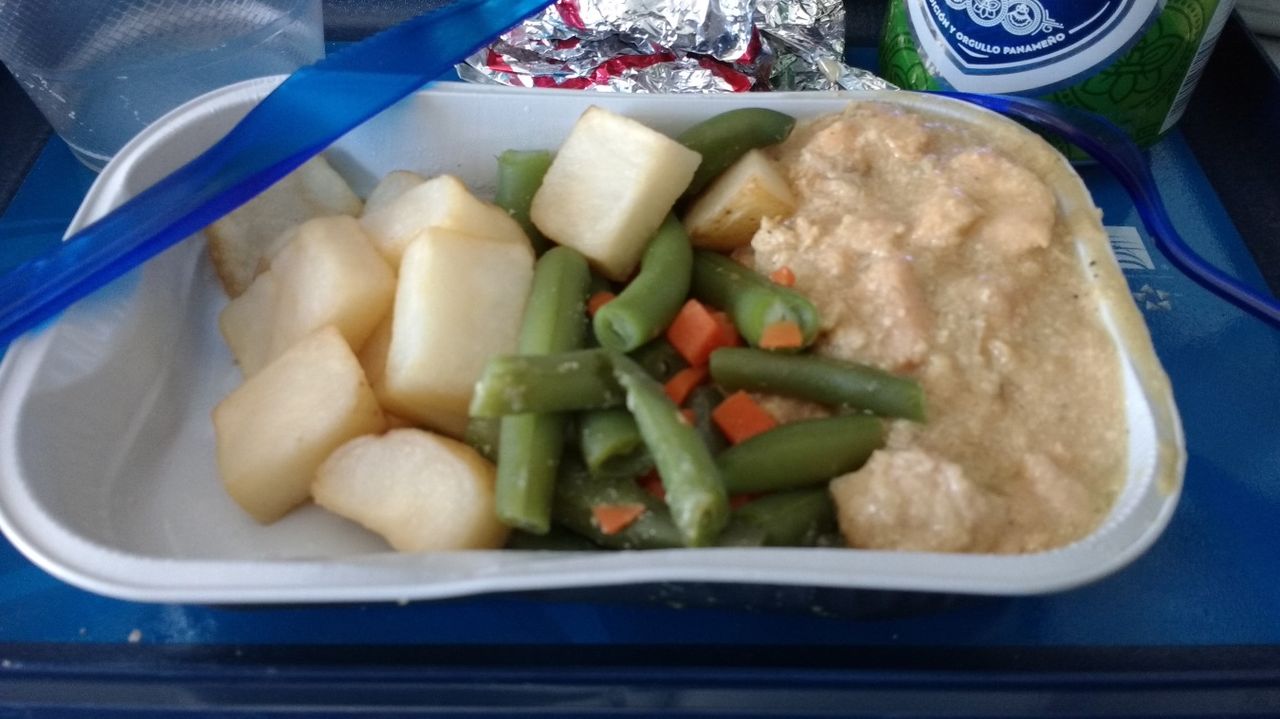 After the meal trays were removed by the F/A´s most of the passengers were sleeping, reading, listening music, or just staring at the window. The BSI activated. The overhead compartments are 787 style. 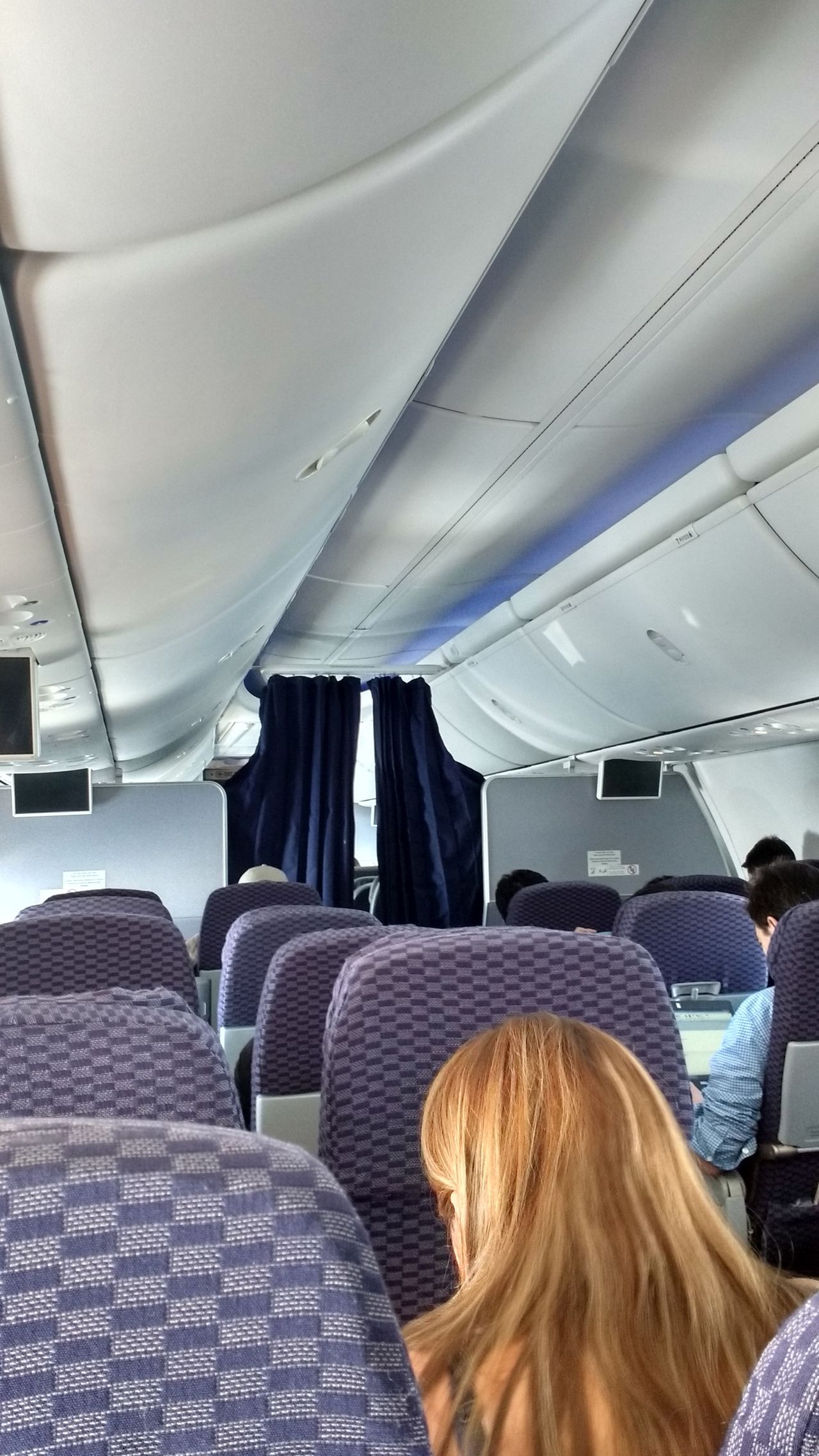 Surprisingly a tea/coffee service was conducted by one female F/A that was so attentive I mean she was not pretending that everything belonged to her and I asked for two coffee glasses that were handed with pleasure and smiles. 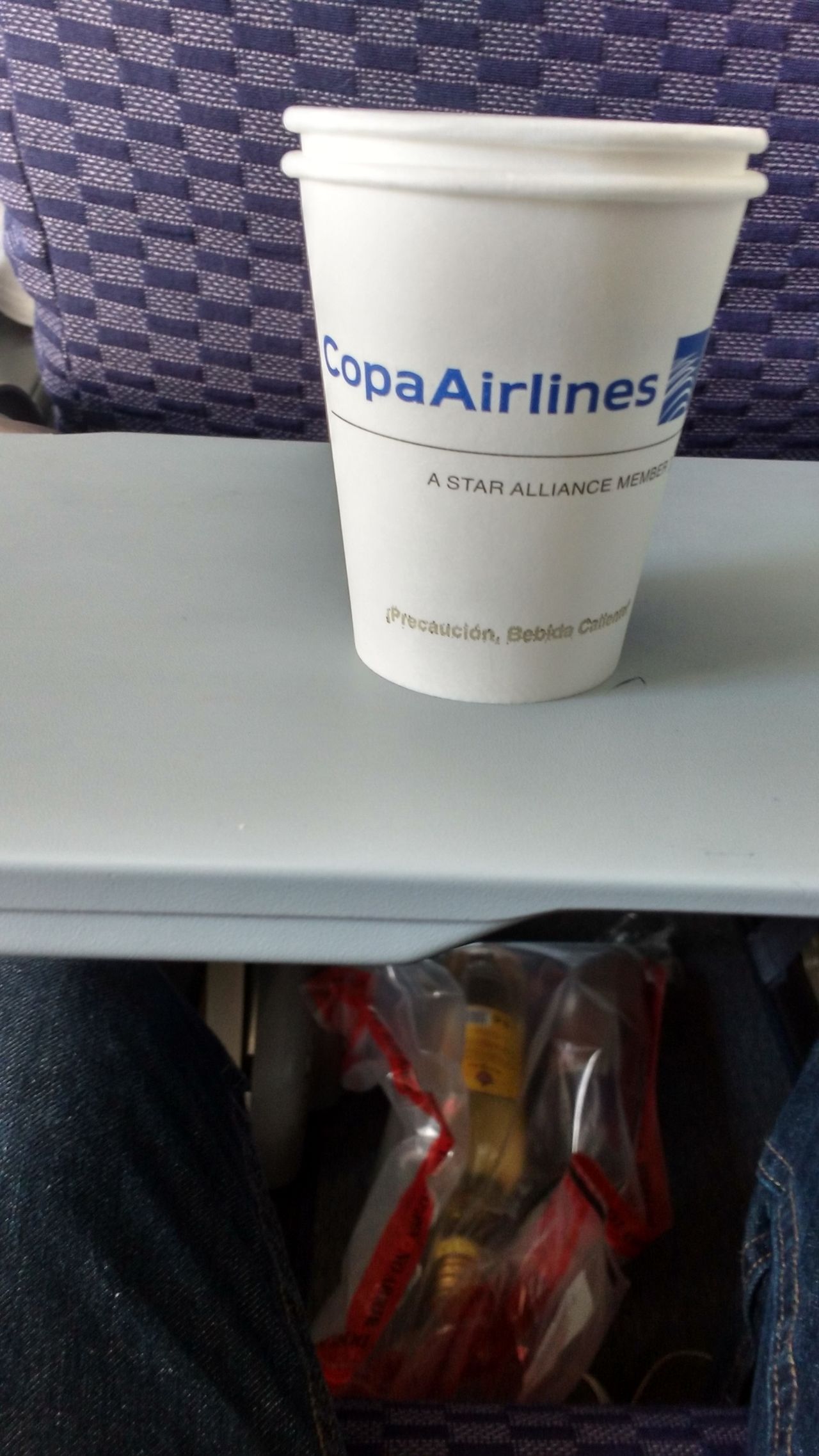 The aircraft flying somewhere over Central America that I love so much with amazing cloud formation along the coastline. 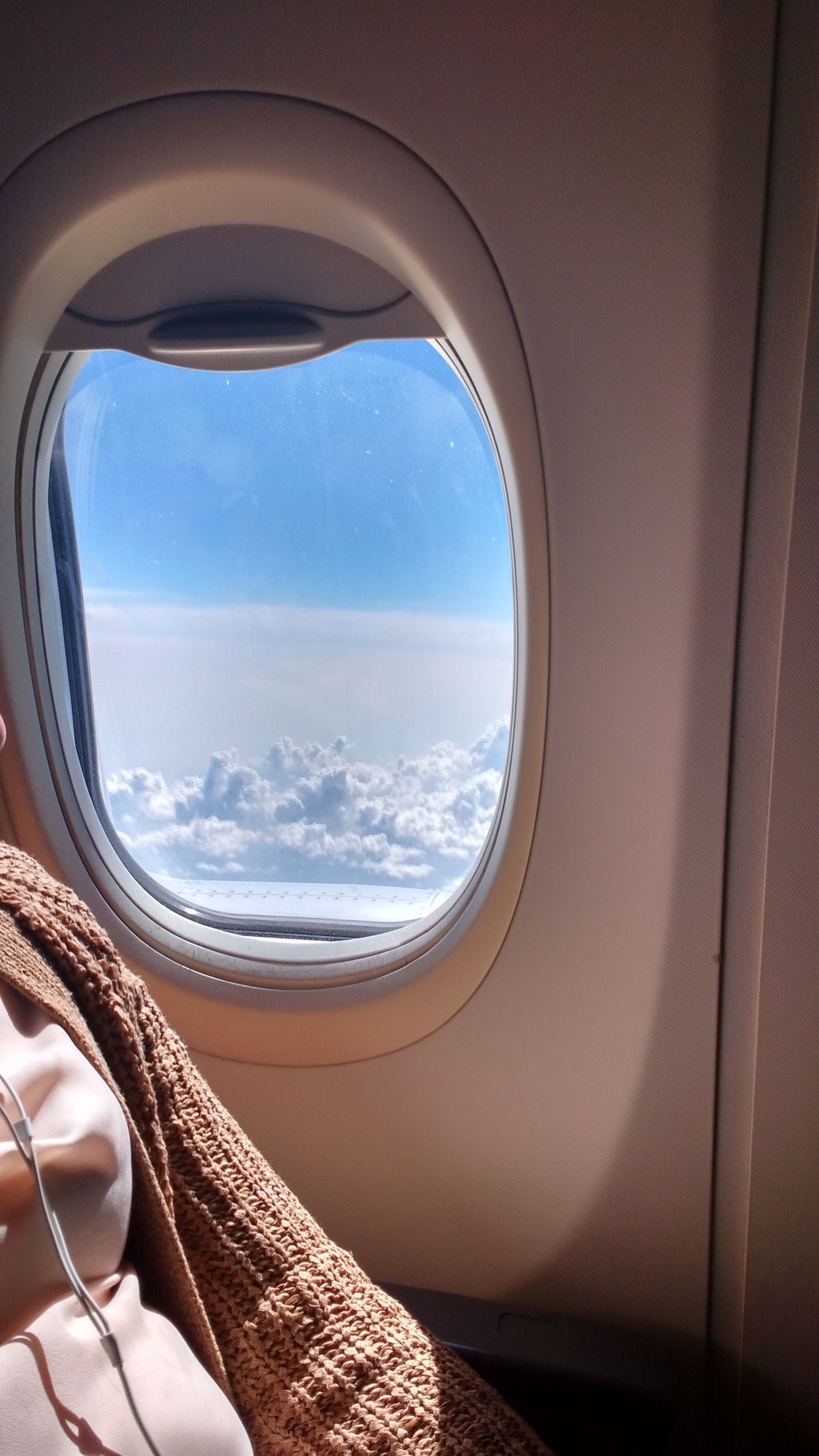 This young cabin crew was really attentive with the passenger’s demands and they walked through the cabin checking fasten seatbelts due to turbulences awaiting for us and as you can see some passengers sleeping but we were never asked to low the window shades. Nice and trendy lighting by the way. 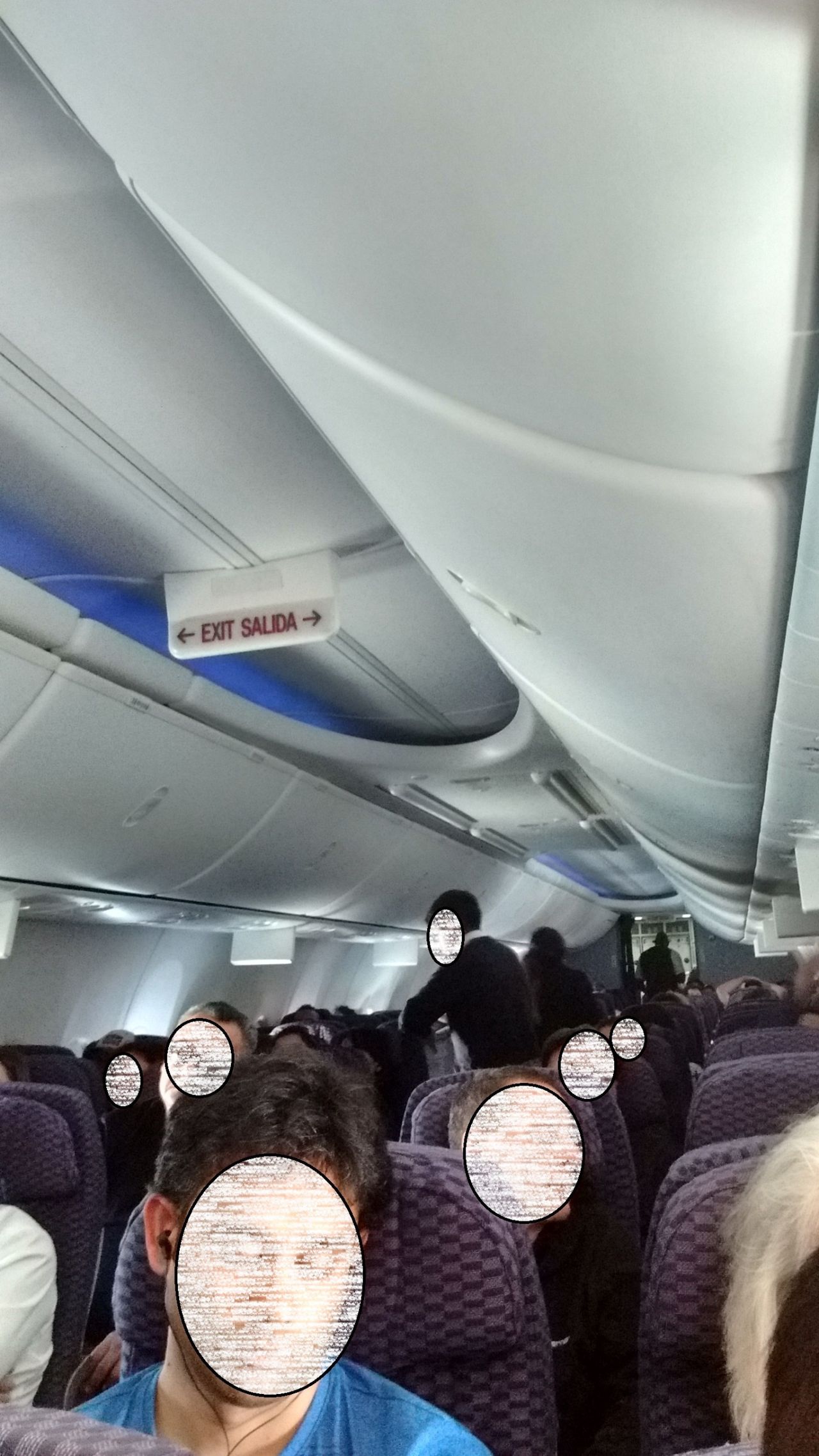 Another view of the Central American landscape. 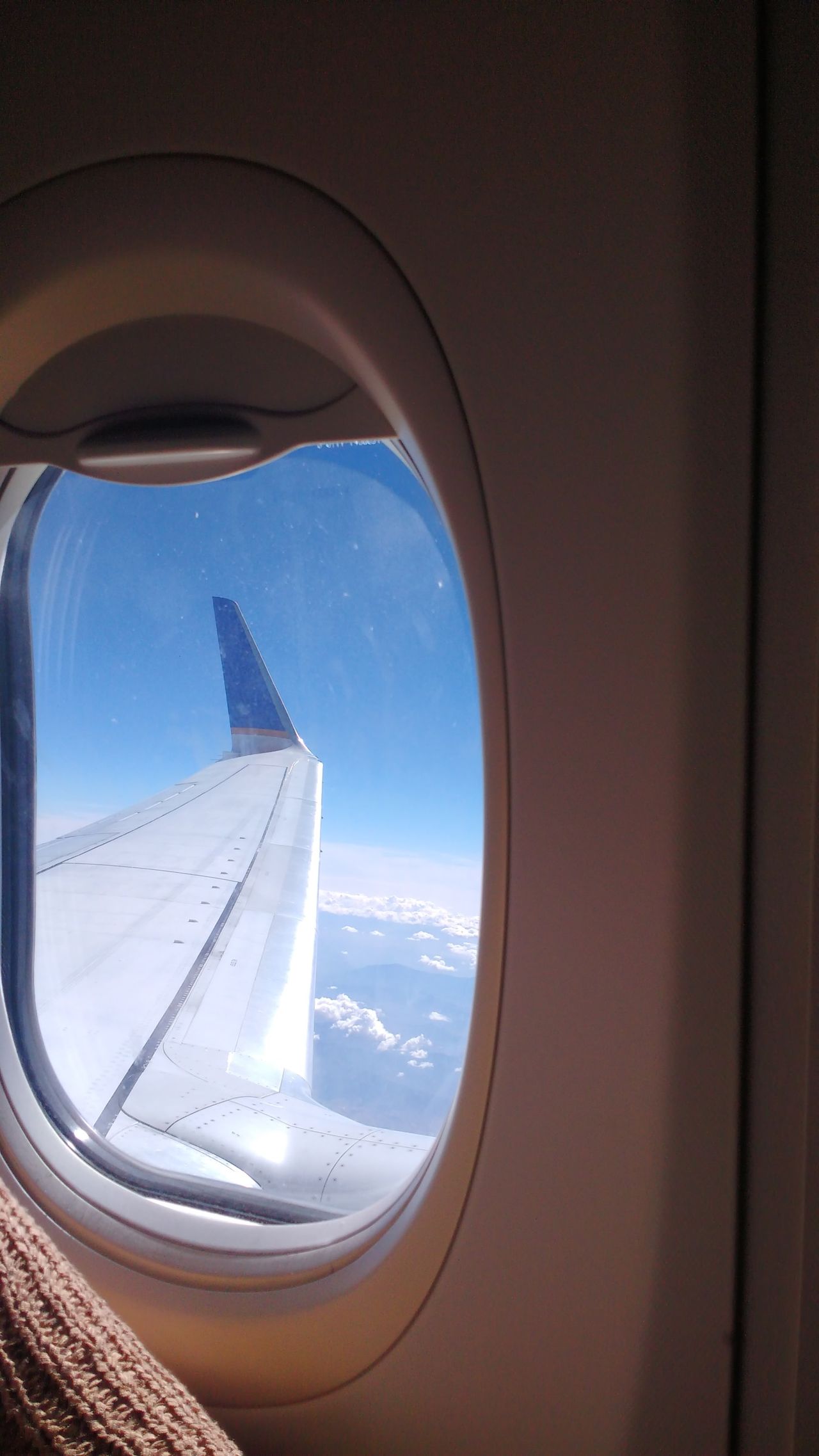 Time to freshen up at the rear lavatory and light turbulence at the time. 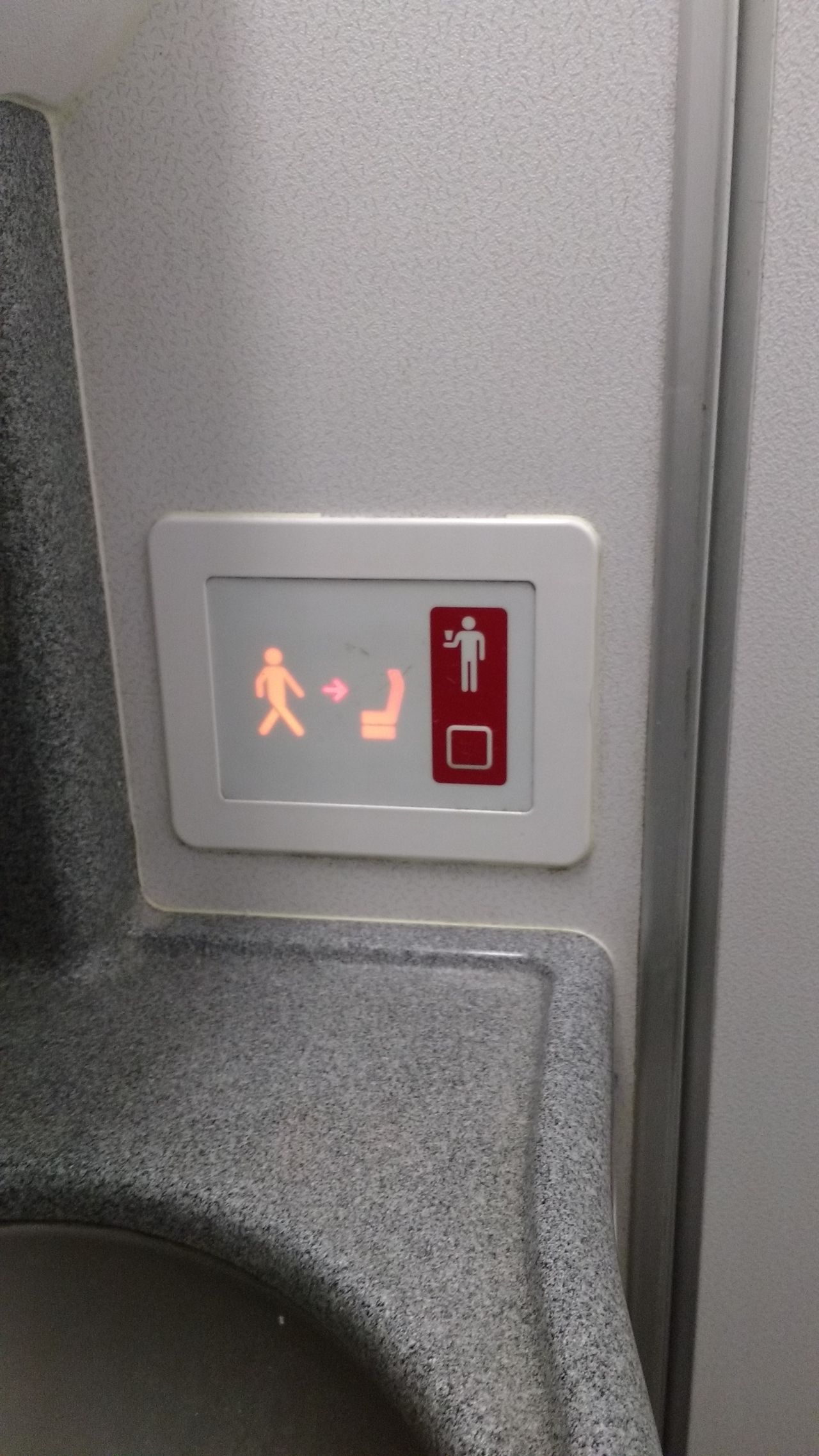 One more time the dirty lavatory. The Captain came over the PA to let us know about the start of descent and he said that we would have to wait due to heavy traffic at the time in MEX. No turbulence was announced. The Clase Ejecutiva cabin and the curtain open for the landing. This lighting was activated the whole flight. 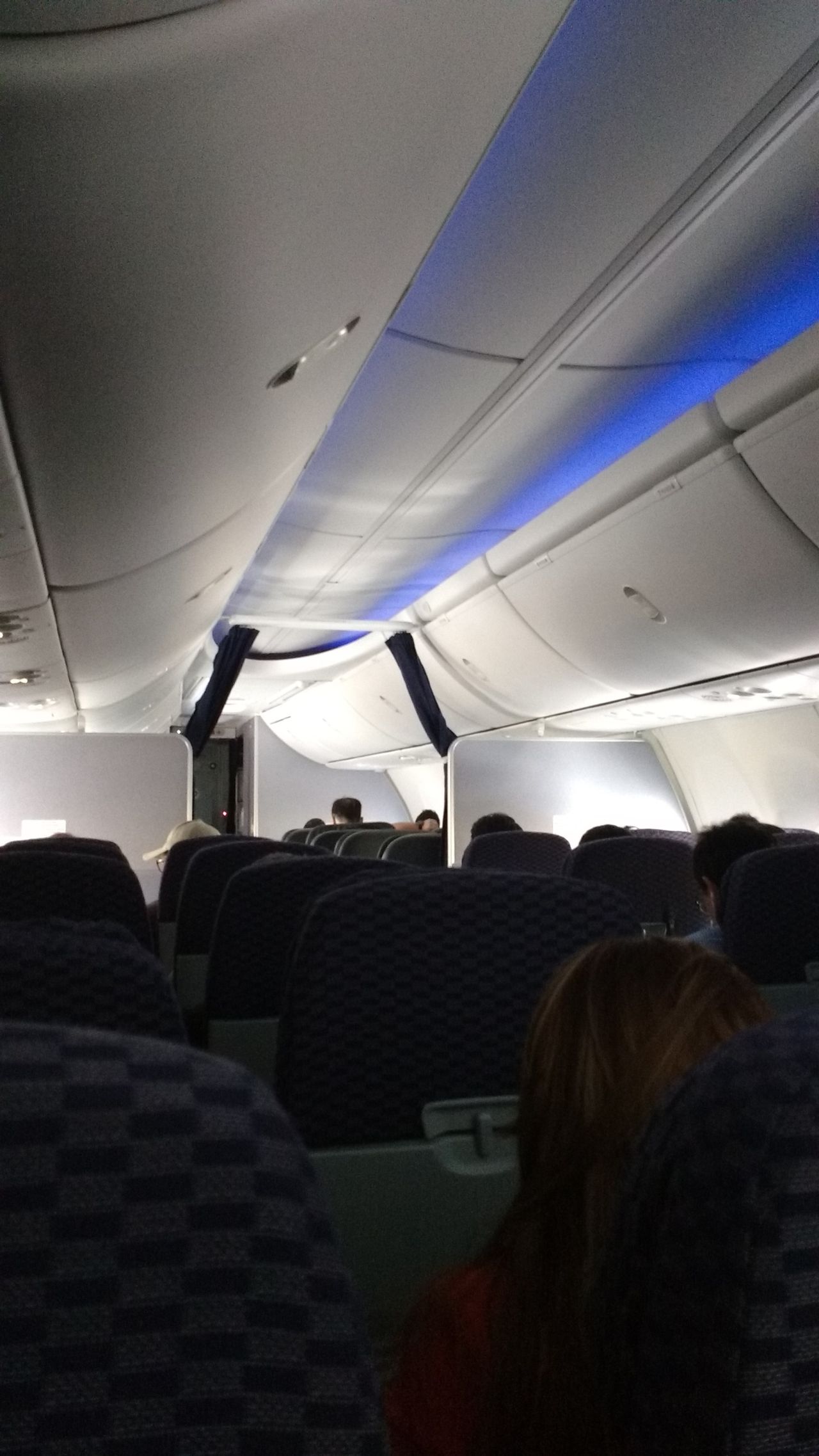 The passengers disembarking and I was ready in no time but I enjoy spending as much time as possible inside the aircraft. 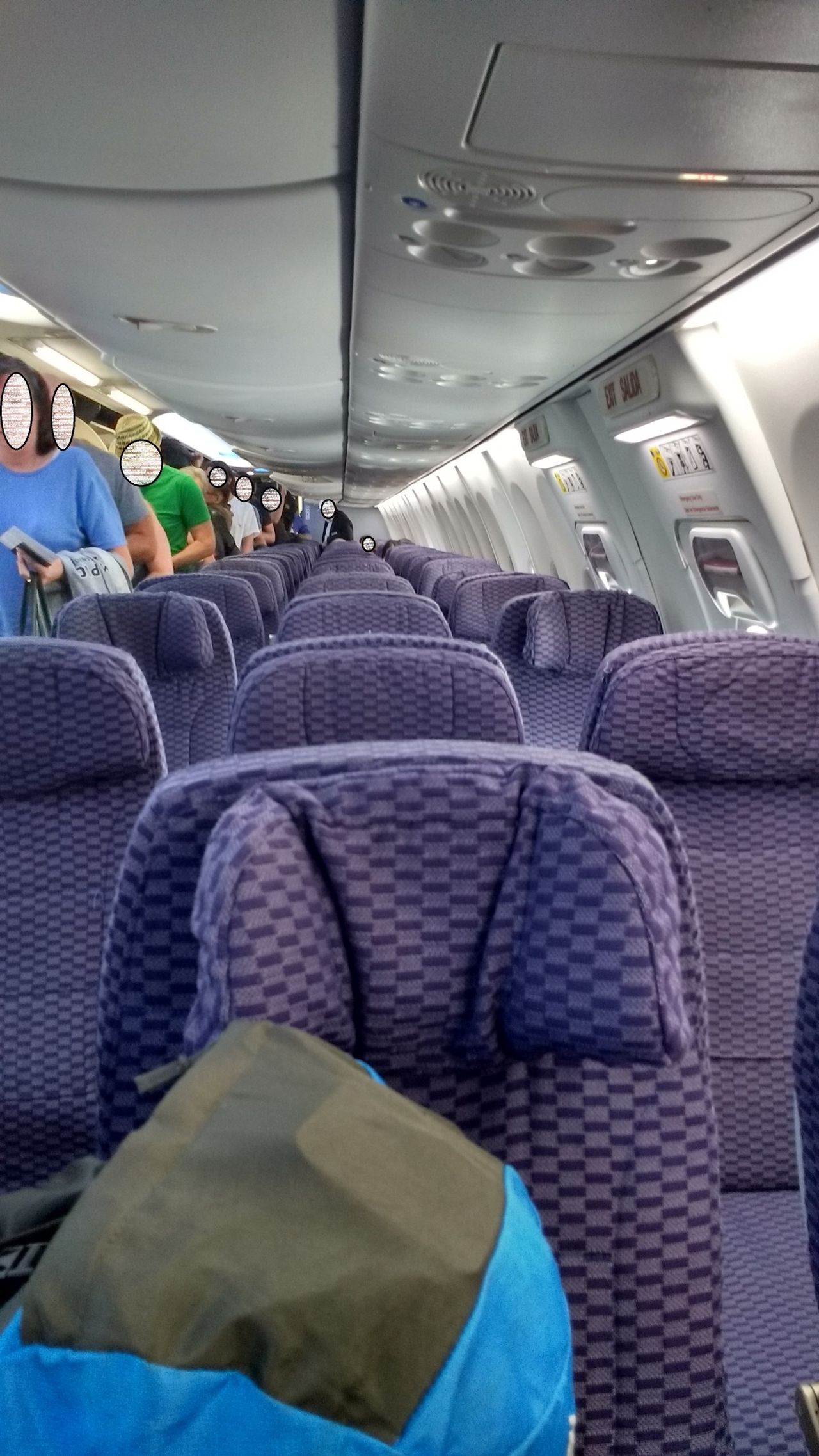 The Clase Ejecutiva cabin and the recliner seats that I do not find appealing at all and since I think they do not provide amenity kits on this sector made me think that it was not worth an upgrade. By the way spare blankets just at the front cabin and nothing for us in Economy, again! 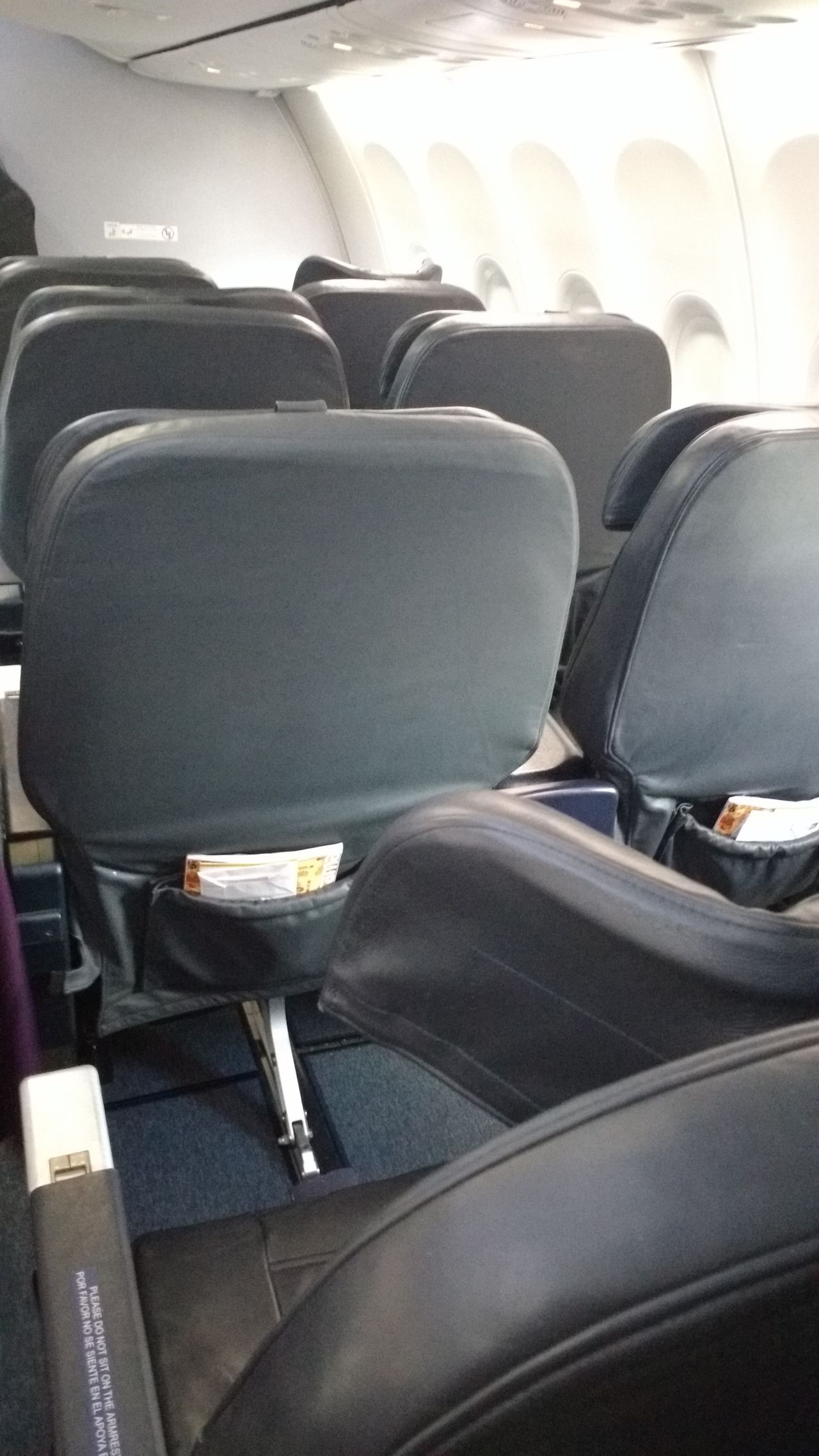 Goodbye Copa, I hope to see you later this year. 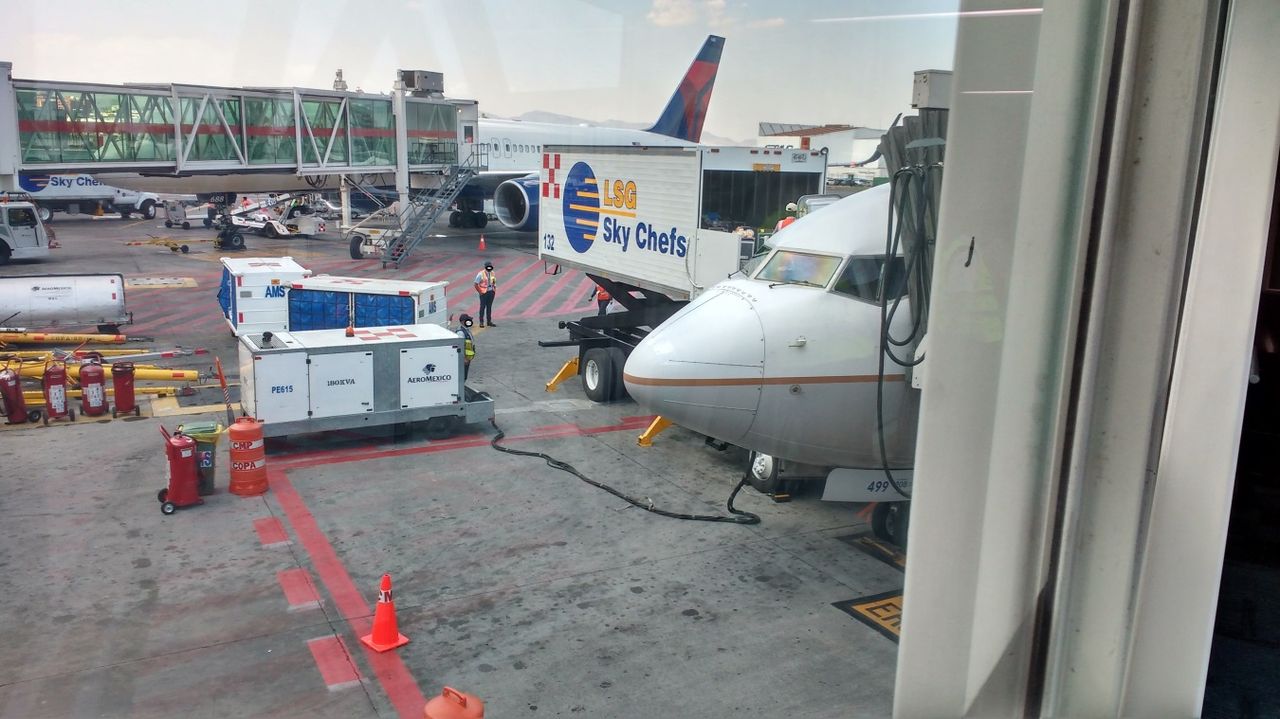 “Bienvenidos a la Ciudad de México”
Perfect! no queues, no hassle, no nothing. 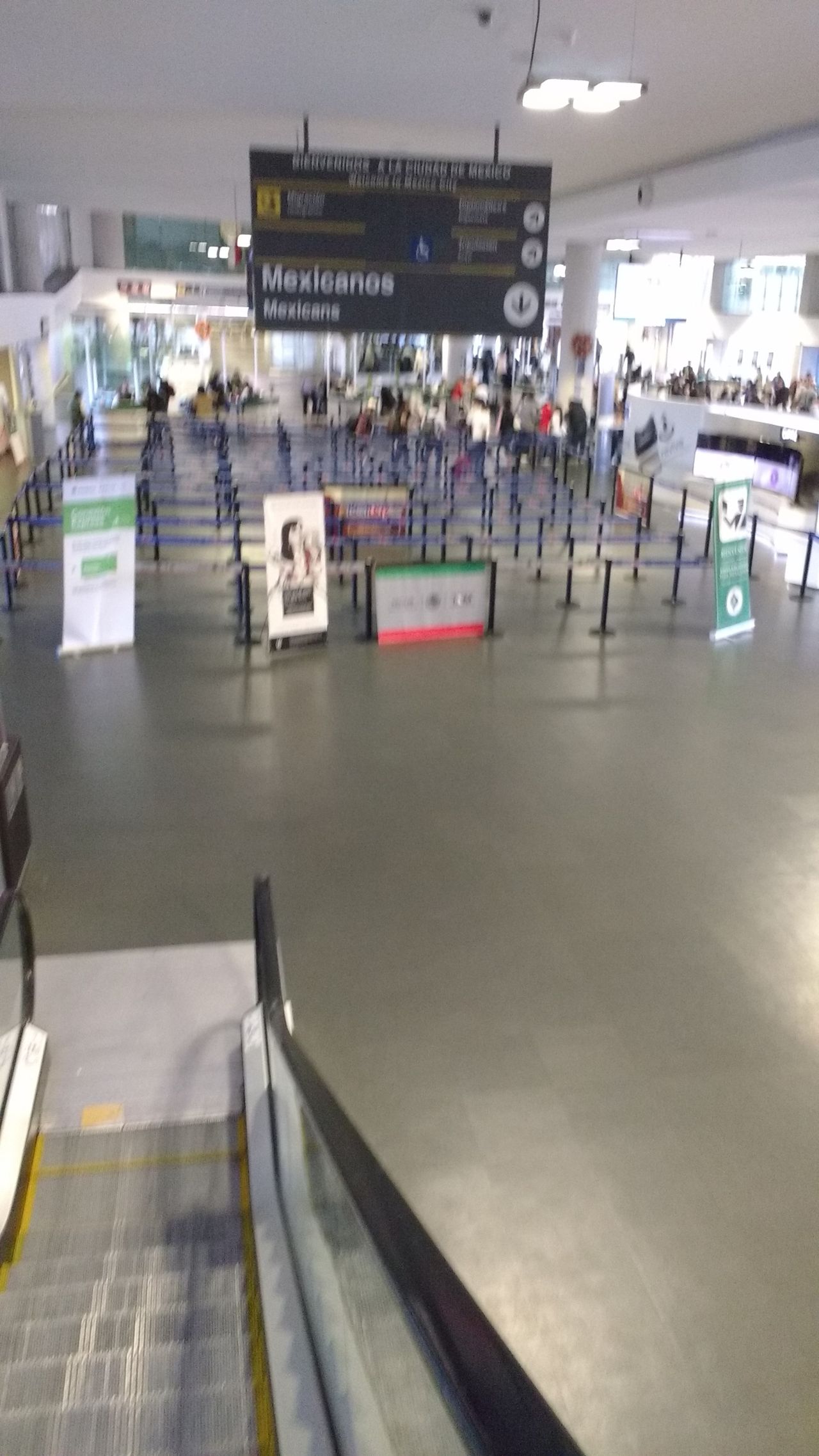 This is the conveyor where passengers should collect their bags, boxes, bicycles or whatever else. I just passed by to take the picture. 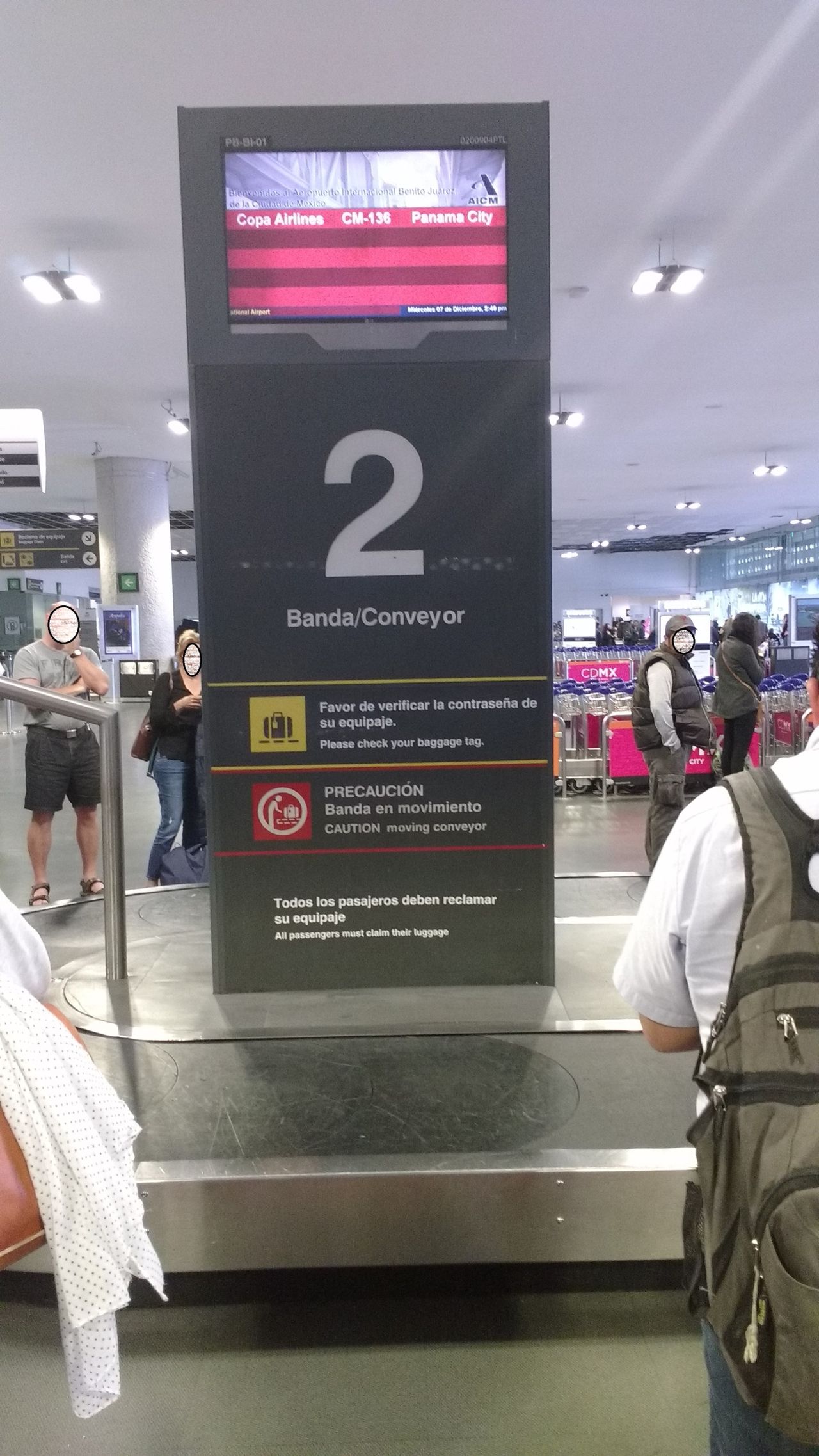 Since I had to go to other city I used the aerotrén to terminal 1 by just showing my BP. 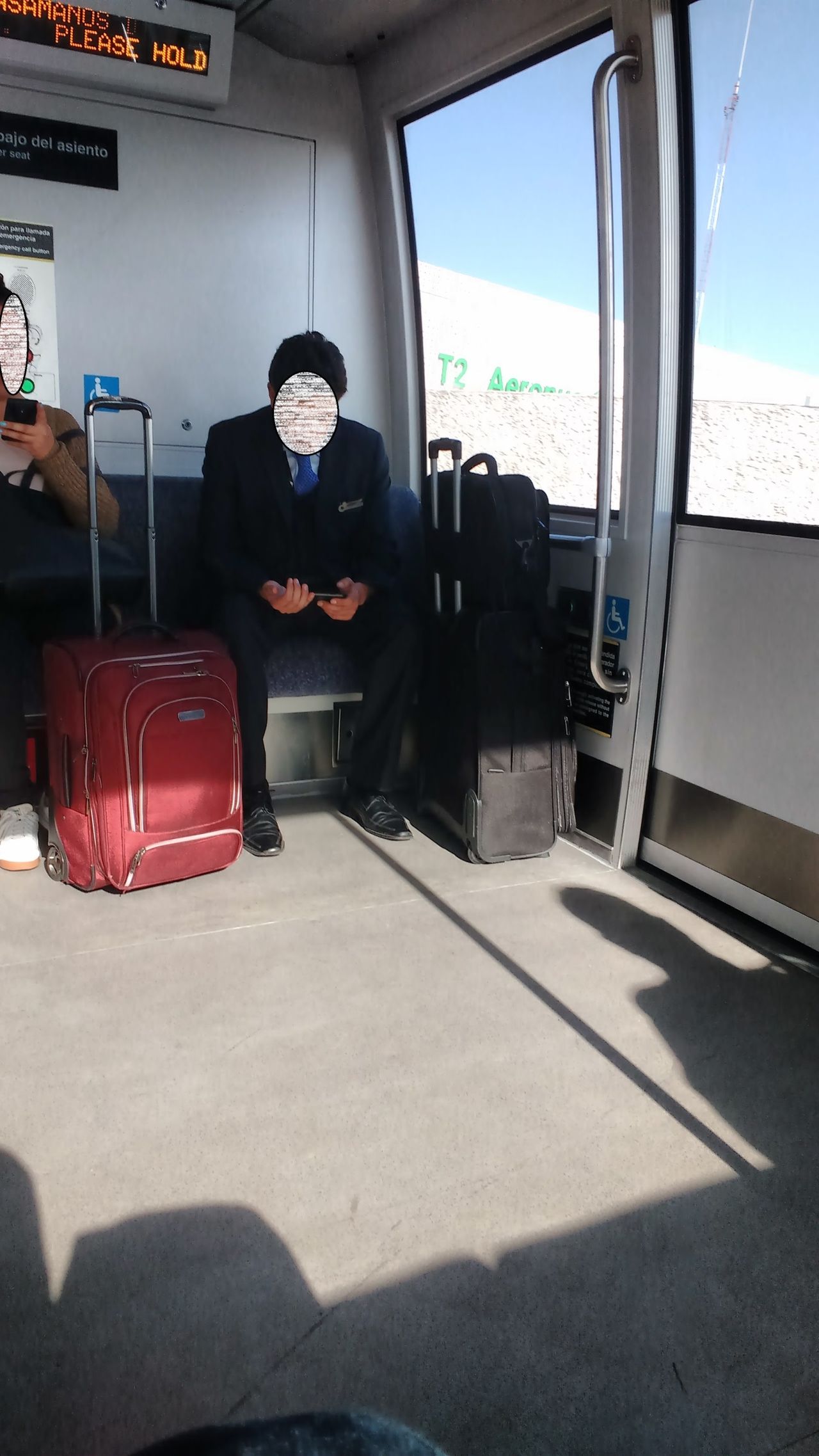 This is the lounge where you can wait for the bus to cities like Querétaro, León, Toluca, Cuernavaca, etc. 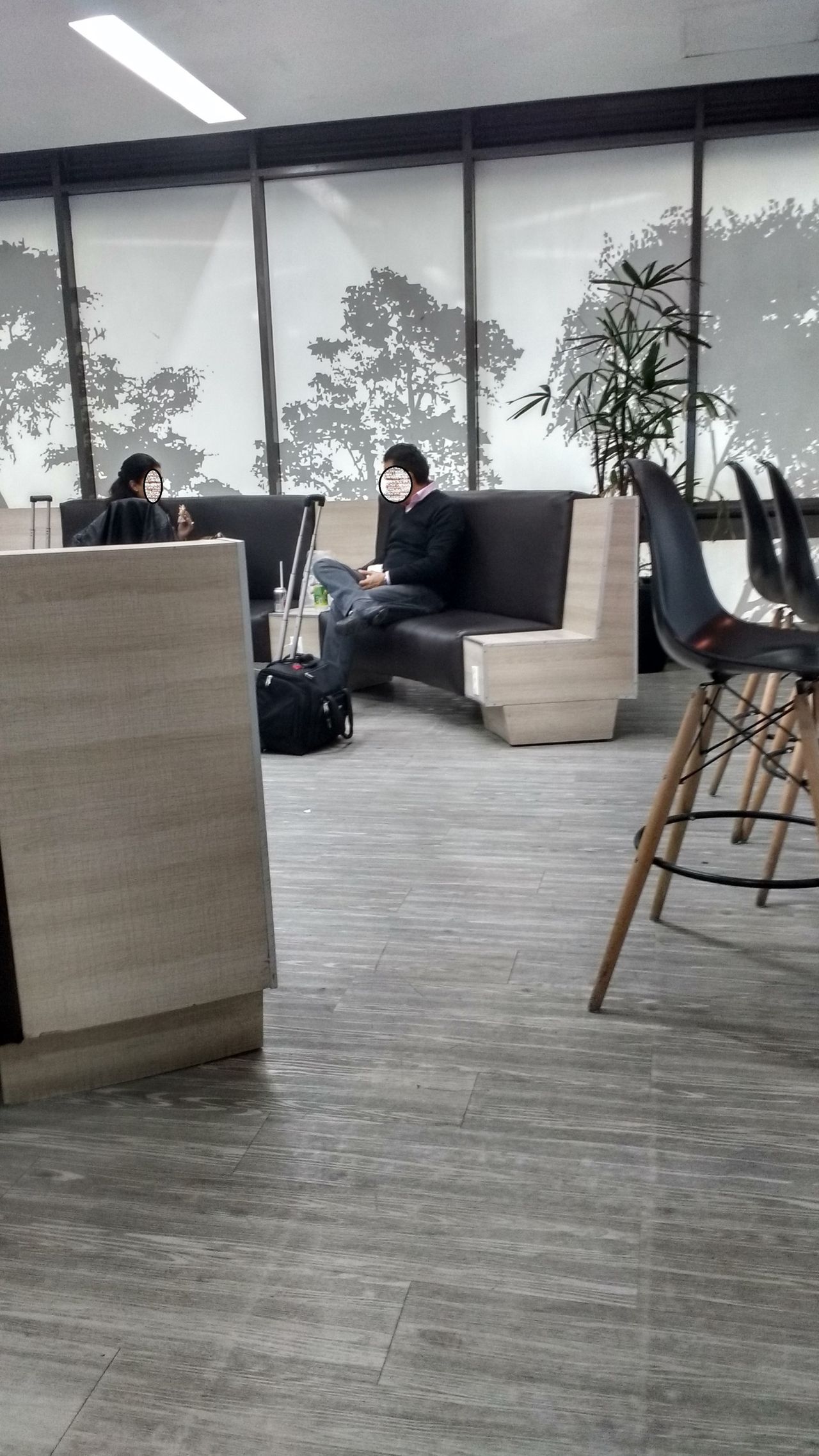 Compared to the outbound flight this proved to be a one with excellent service by young and fresh-attitude people but I have to say that the lavatories were not kept clean in the four flights and the lack of blankets and pillows made me think that something is wrong with their idea of service. Next time that I want to travel to South or Central America I will consider Copa Airlines if the price is adequate as it was this time.

Thank you very much for reading me and I hope you have safe and happy travels!

The airline with the best average rating is Copa Airlines with 7.1/10.

The average flight time is 3 hours and 44 minutes.