#50 out of 80 Airlines A minimum of 10 flight-reports within the past two years is required to appear in the rankings. 131 reviews

Abstract
I had just arrived from Tucson onboard a Delta MD-90, and I had a three hour layover before my night flight to Gainesville, Florida. I wasn't really looking forward to this flight, as it would be arriving in Gainesville at just over 12:00 AM in the morning. This wasn't great news for me, especially considering the fact that the next day would be a Friday, which means that I would have to go to work! Grrr…..
Anyways, this late-night flight was scheduled to be operated by a CRJ-900, instead of the old and cramped CRJ-200s that predominantly fly the ATL-GNV route. Because of complaints that the CRJ-200 was too narrow and had windows that were too low and too small, the CRJ-700 family, which includes the CRJ-700, CRJ-900, and CRJ-1000, have wider fuselages, lower floors, and larger windows, giving passengers the impression that they are in a larger aircraft. Delta's CRJ700s and CRJ900s feature an interior design similar to the jets in the mainline fleet, with blue mood lighting and Delta's signature seat covers. Unfortunately, the CRJ200s, which will be phased out soon, will not receive the so-called "mainline treatment."

I was dumped into the B gates at ATL after arriving 40 minutes late from Tucson due to a weather delay. The B concourse is a recently renovated concourse in ATL with plenty of shops and restaurants to choose from. I had a meal of spicy Sichuan chicken and vegetables with rice at Asian Chao, a Chinese-American restaurant located in the central food court. However, I didn't realize that the central part of the B concourse is also an excellent spot for planespotting! This area gives you a great view of the odd-numbered gates; a 30-year-old MD-88 (N904DL) and one of the first ETOPS-rated 737-900/ERs (N856DN) were parked next to me; allowing for some contrast between a soon-to-be retired aircraft and a brand-new plane delivered earlier this year. 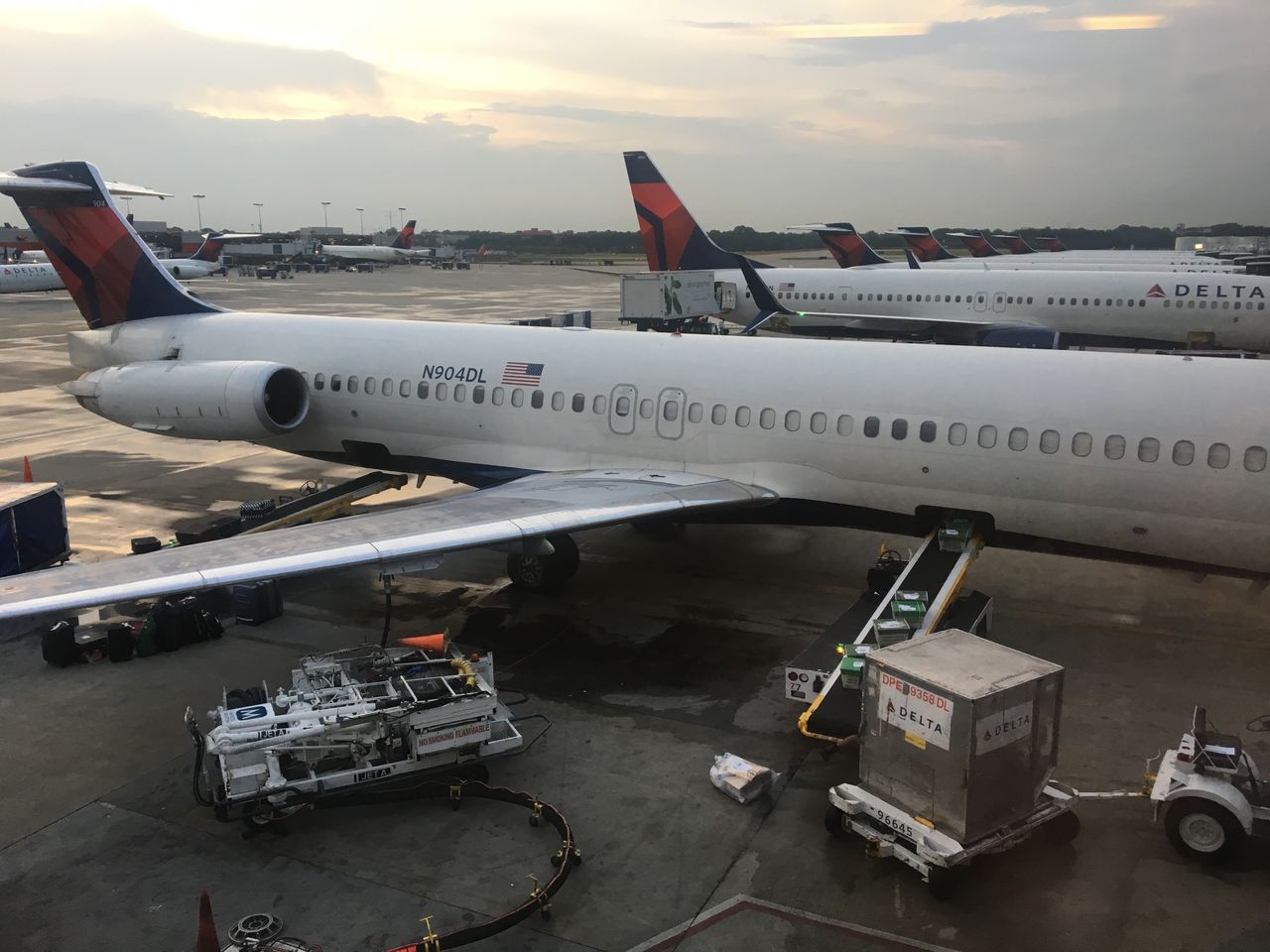 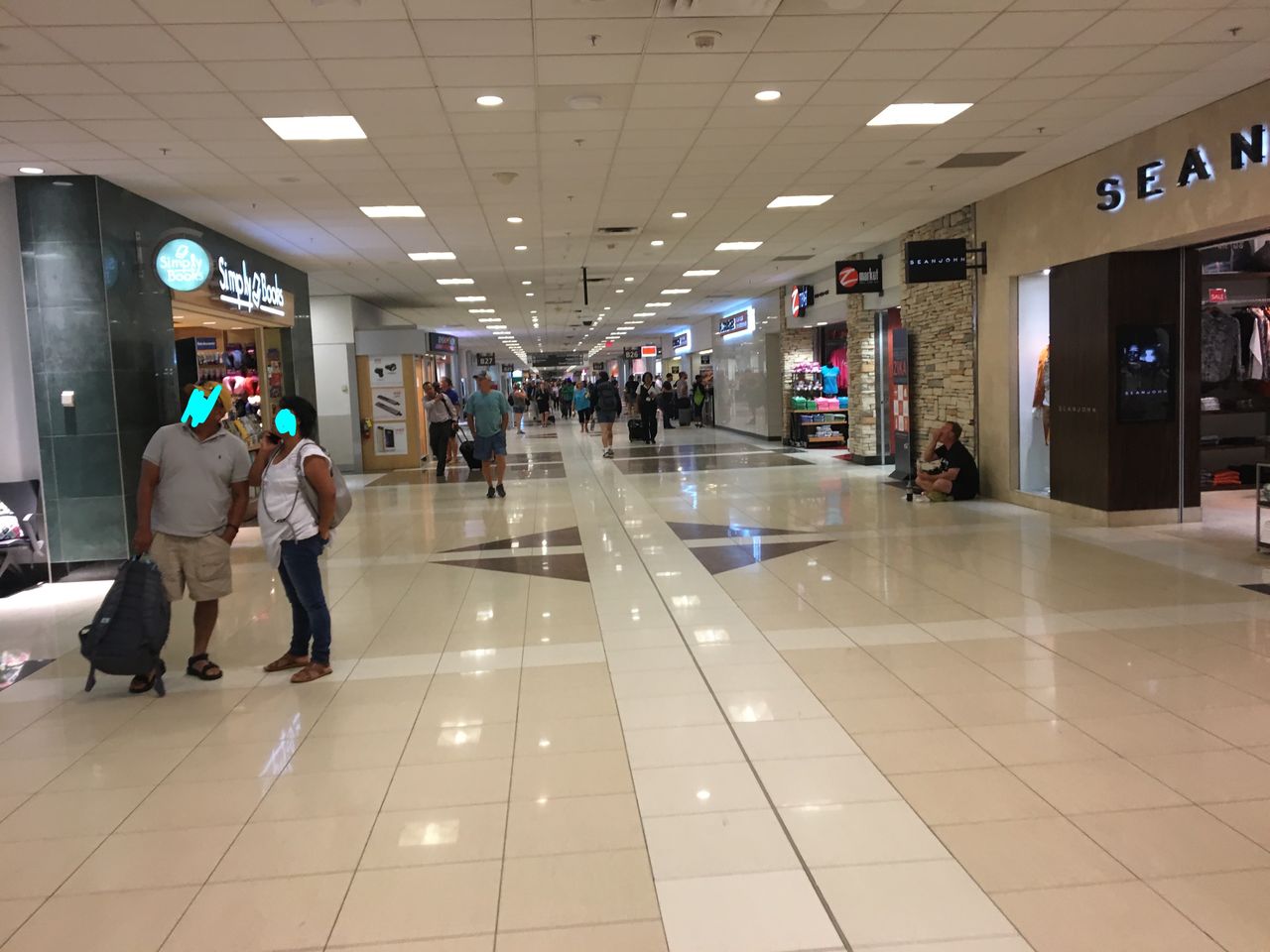 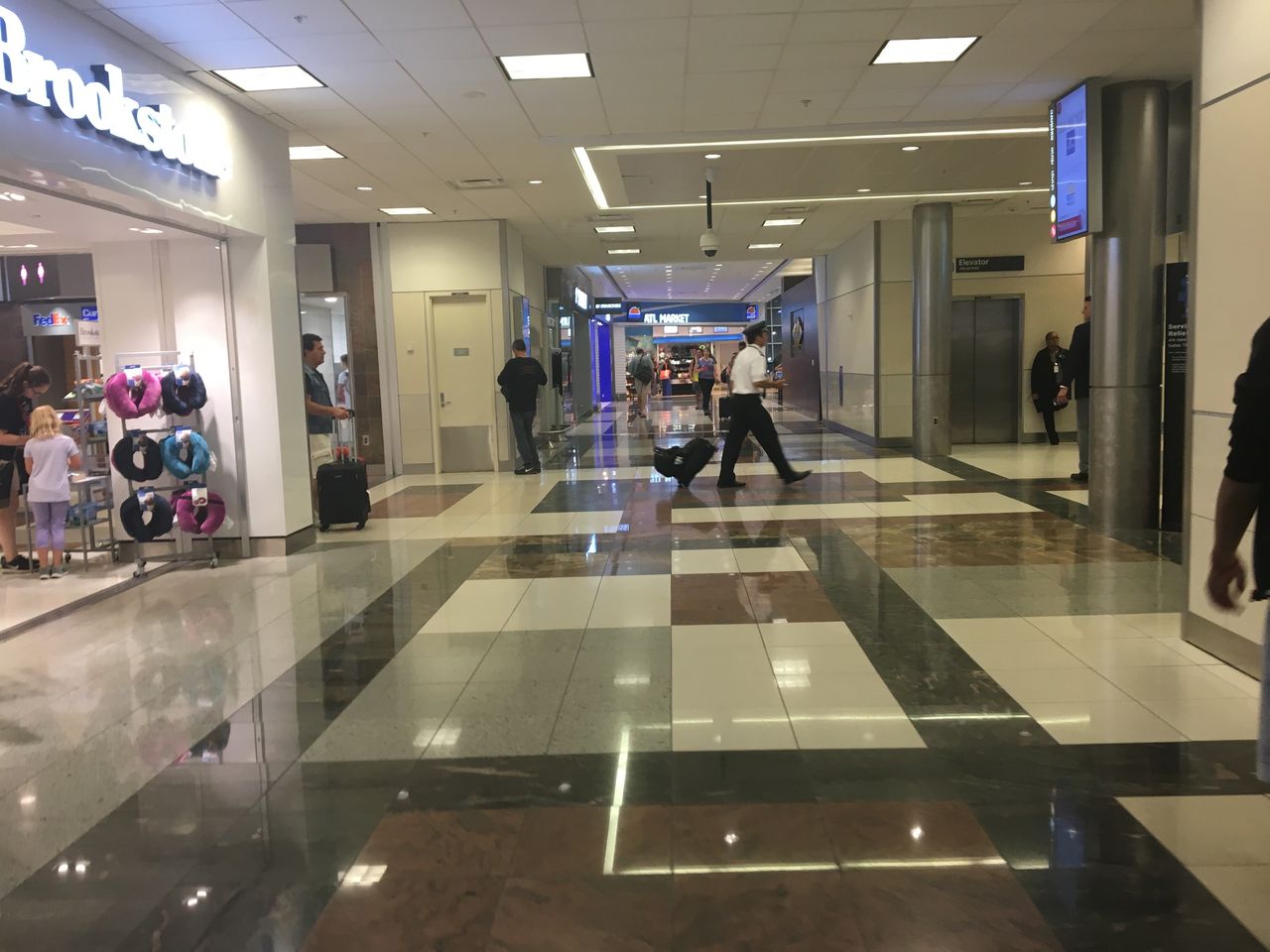 After this, I decided to walk to the regional jet gates instead of taking the ATL Airport Train. Between concourses B and C, there is a walkway with exhibits explaining the history of the city of Atlanta. I thought it was really interesting, and took my time admiring the history of a city I previously knew so little about. 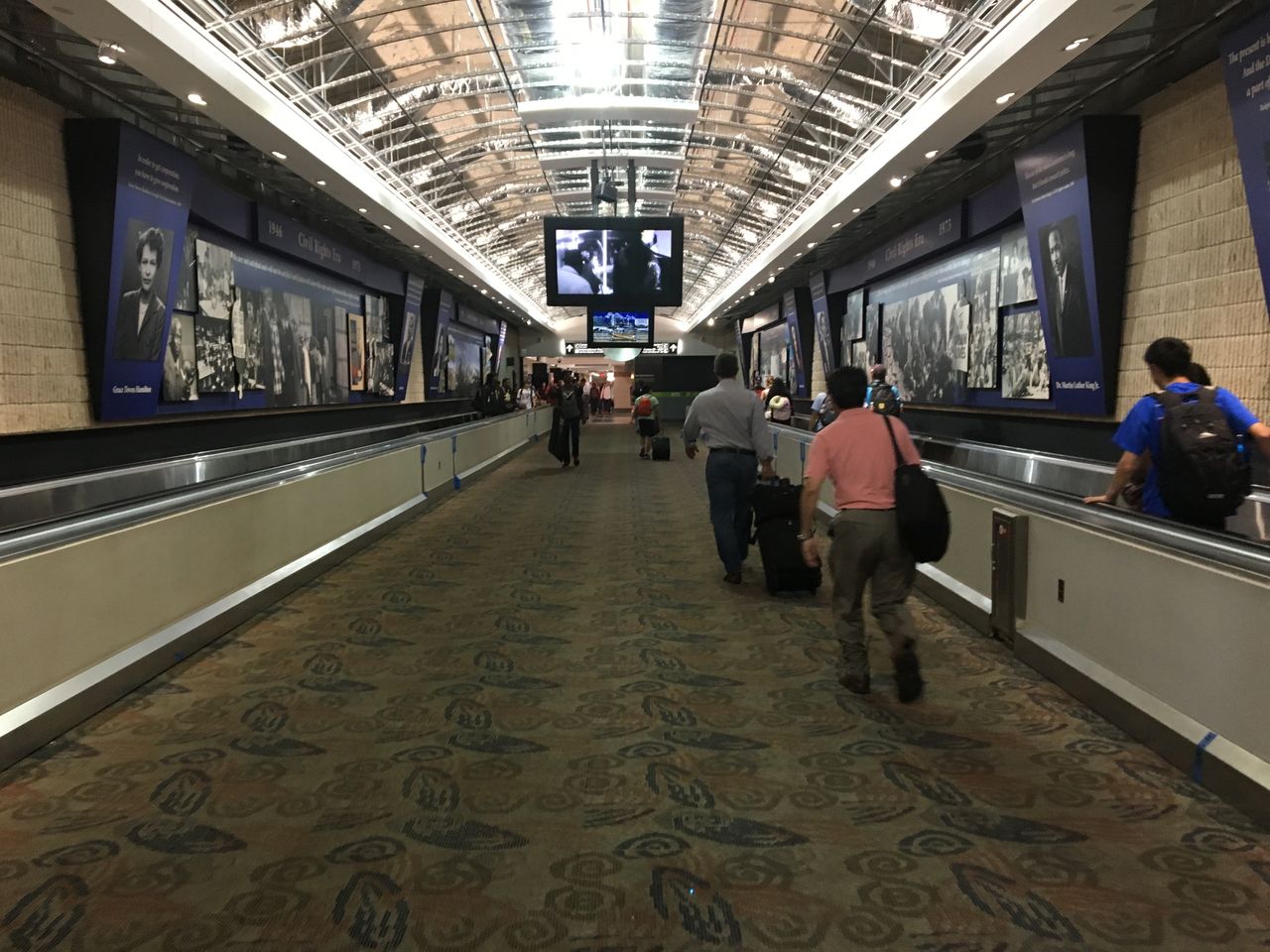 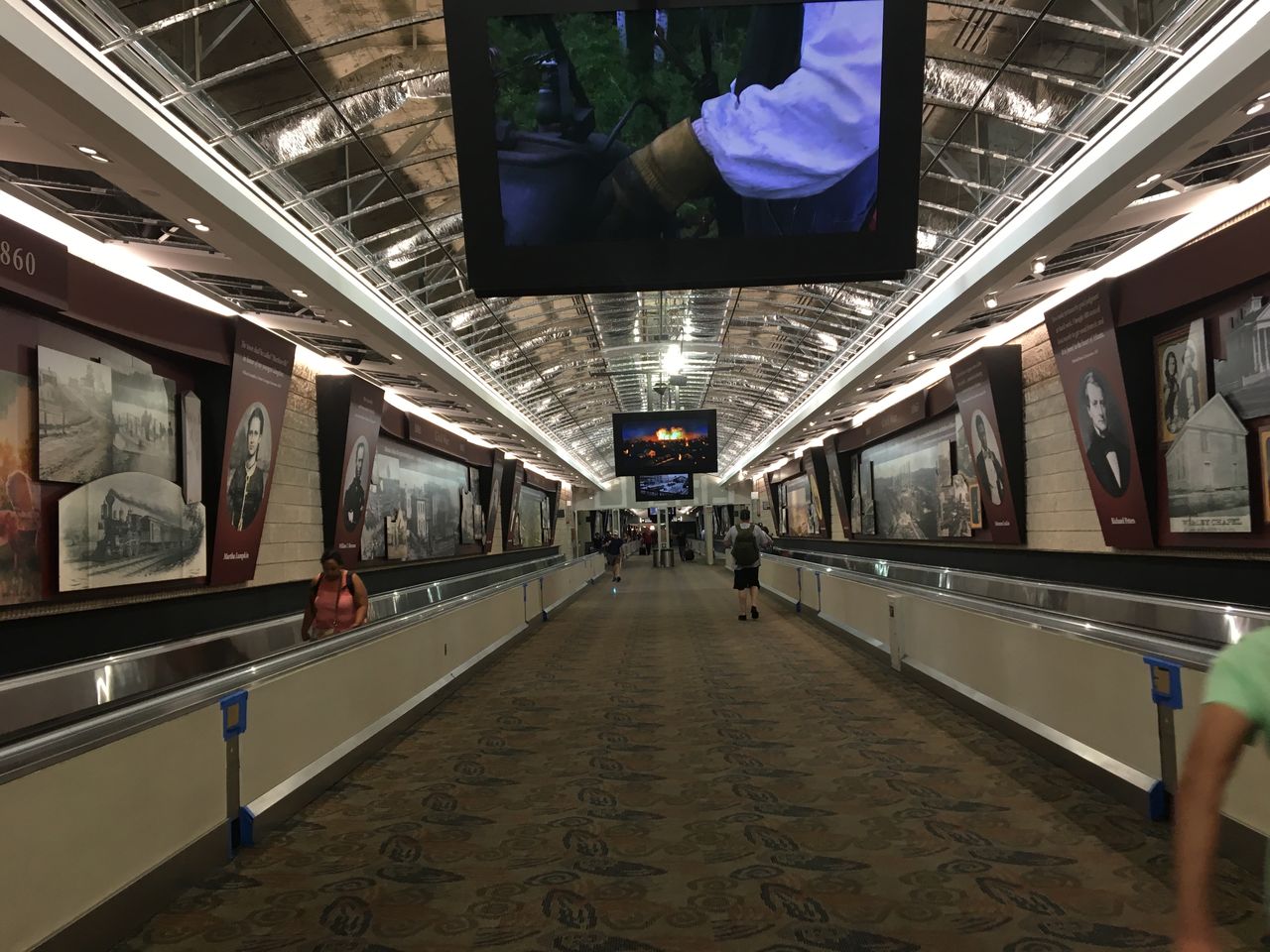 I settled down into a seat near the charging pod and proceeded to play some FSX as I had about an hour before boarding. When boarding commenced, people lined up in their respective boarding groups, and boarding was completed without a hitch in 15 minutes. I was one of the last to board due to my seat being in the rear of the Main Cabin (some keen-eyed readers might have noticed that I marked this flight as a "Premium Economy" flight, more on that later), due to Delta's ridiculous boarding procedure of boarding passengers from the front towards the back, which can cause congestion in the jetbridge and/or the aisle.
My flight tonight will be operated by N132EV, a Bombardier CL600-2D24 (CRJ900LR NextGen) delivered in 2009. Some people might remember than this aircraft was involved in an Accident in Boston in 2011 when a 767-300ER (N185DN) collided with the vertical stabilizer of N132EV. The entire vertical stabilizer of the CRJ900 was destroyed, while the 767 had its entire port winglet sheared off by the incident. The 767's winglet later became embedded in the tail of N132EV. You can read more about the accident here.
Second image courtesy of Mark Garfinkel from airliners.net. The URL of the image used is located here. 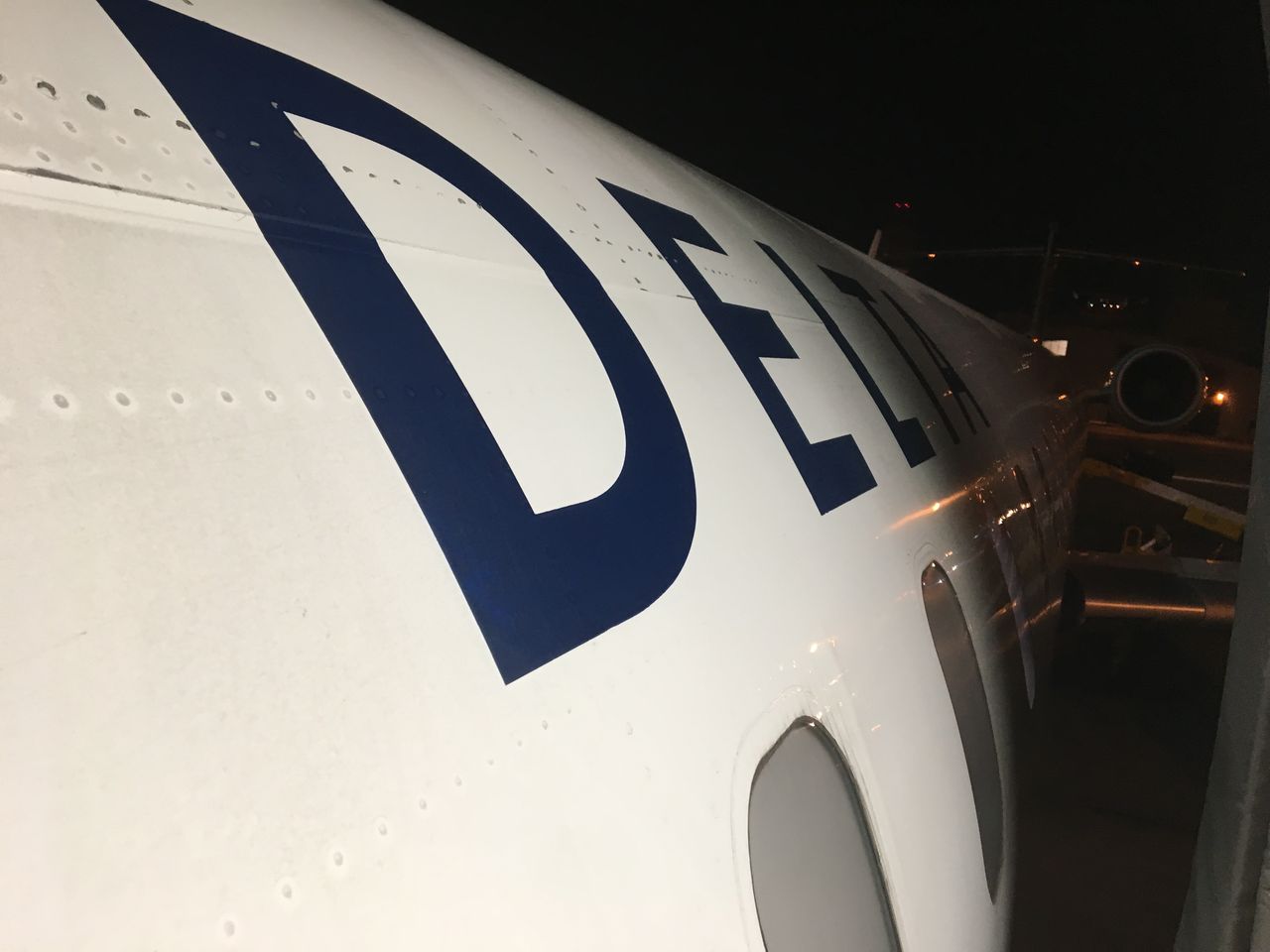 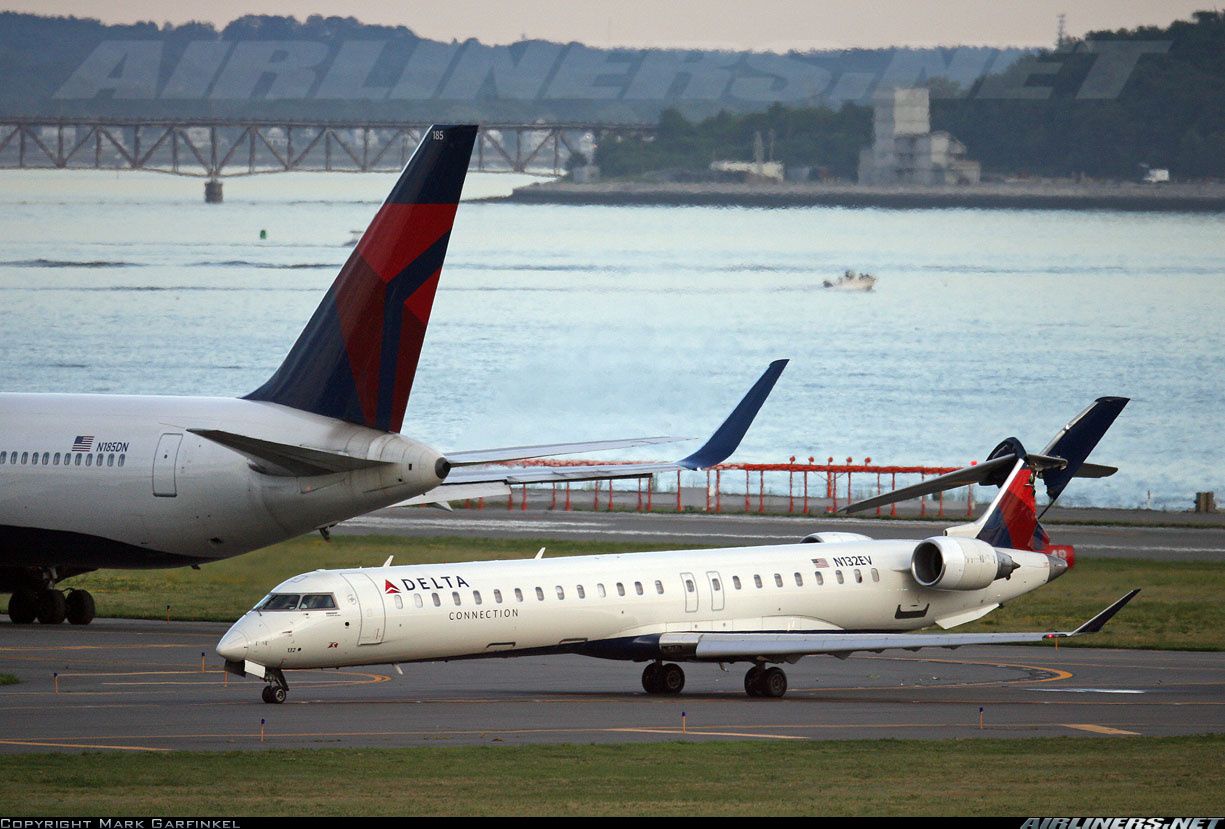 I made my way to the back of the cabin and settled into 15D, a window seat. One thing that I hate about Delta's economy cabin in the CRJ900 is that all of the window seats have misaligned windows. You have to sit in the front of the seat and really lean forward to get a view outside. Although the CRJ900 has windows twice as large as the windows on the CRJ200, most seats in Delta's CRJ900 configuration have misaligned windows. I wouldn't recommend flying on this aircraft if "natural IFE" is your preferred type of entertainment.
Seatback view. 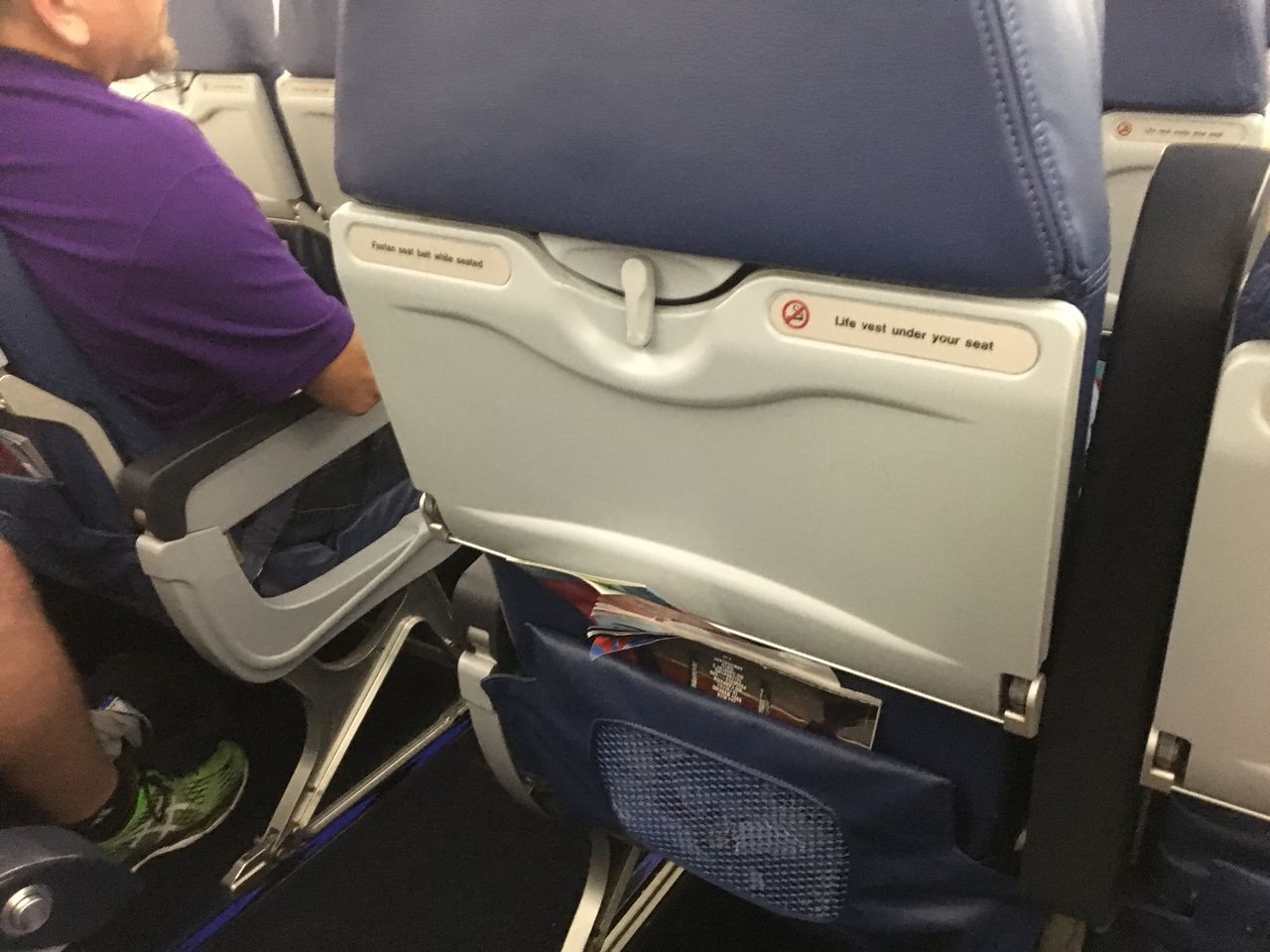 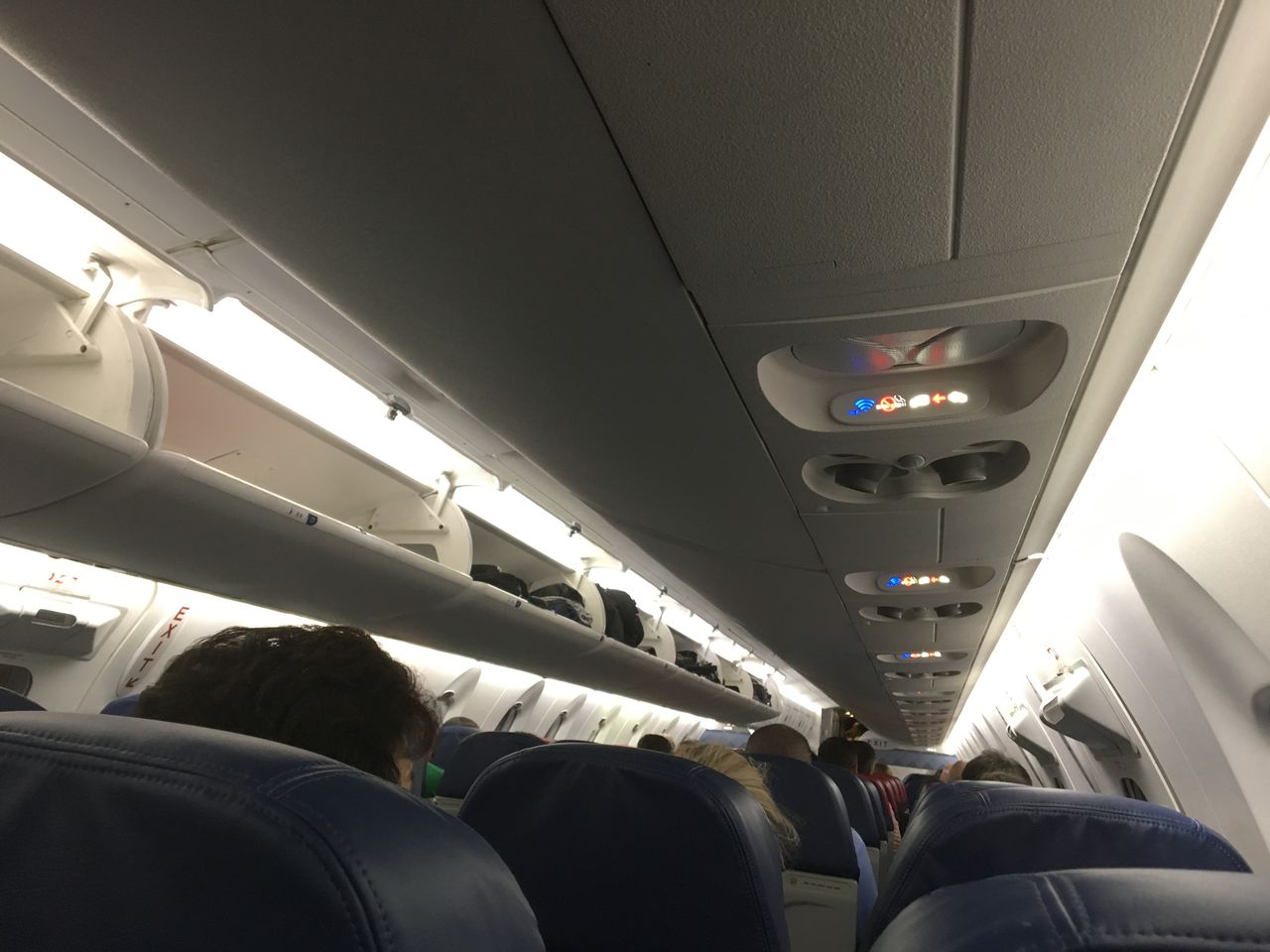 Legroom was not good in Economy. 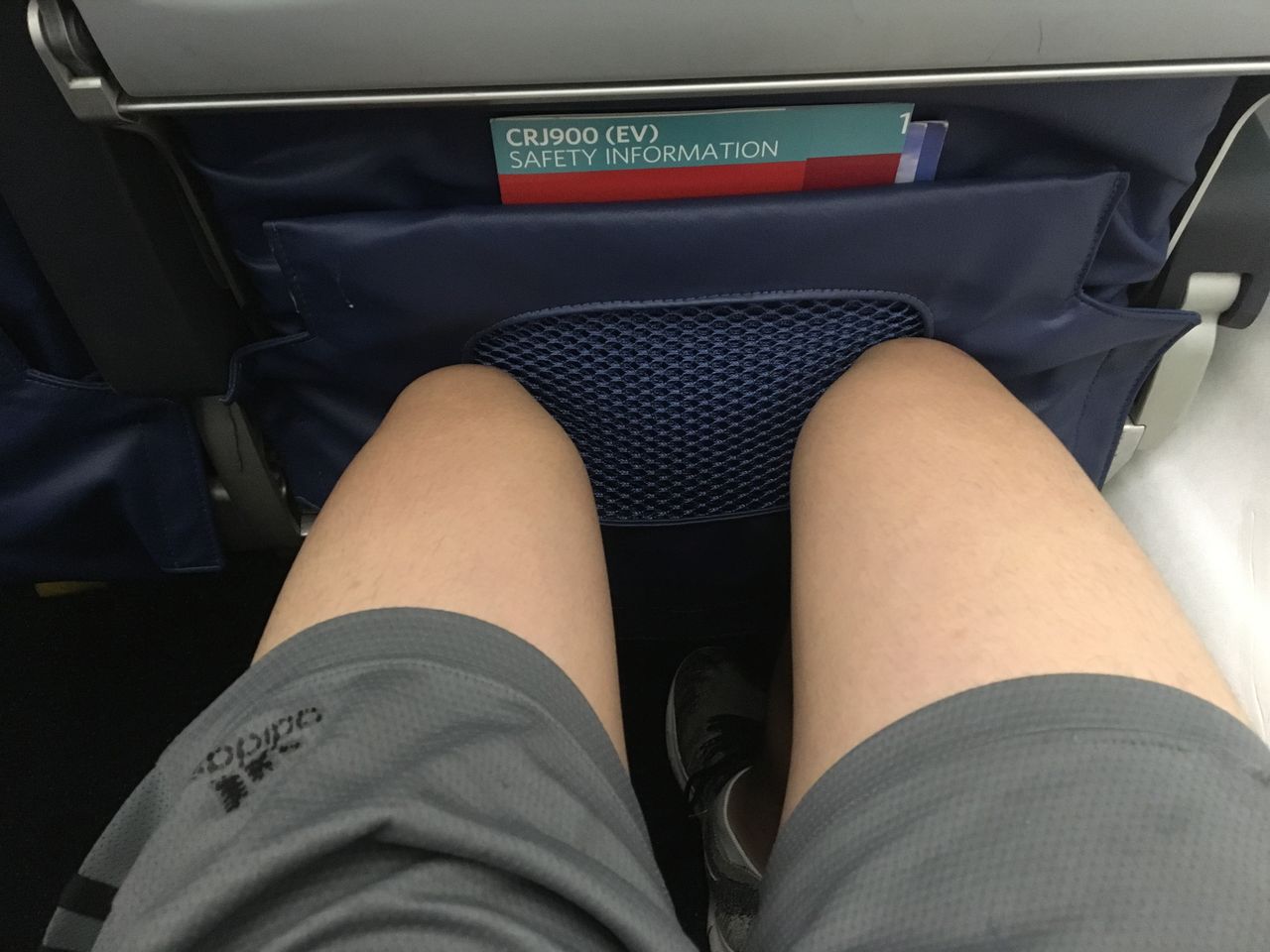 Just as I was getting settled into my seat, a man rushed onto the aircraft with his daughter. He led his daughter to an Economy comfort seat, and then he made his way down to the empty seat next to me, which was the last available seat on the plane. Clearly frustrated with the fact that he was not able to sit with his daughter, he asked me if I was traveling alone. When I replied affirmatively, he asked if he can swap my seat with his daughter's seat. I was more than elated being presented with the prospect of moving up to Economy Comfort+ for free, so I gladly accepted the offer. My new seat would be 9A, the port-side window seat of the last row of Economy Comfort. Best of all, this seat comes with a window perfectly aligned with the seat, so there's no need to lean forward to look out the window! Bingo!
Seat pitch in Economy Comfort is, as always, very good. Note that each row of 2 seats has a shared power outlet down between the seat in front. 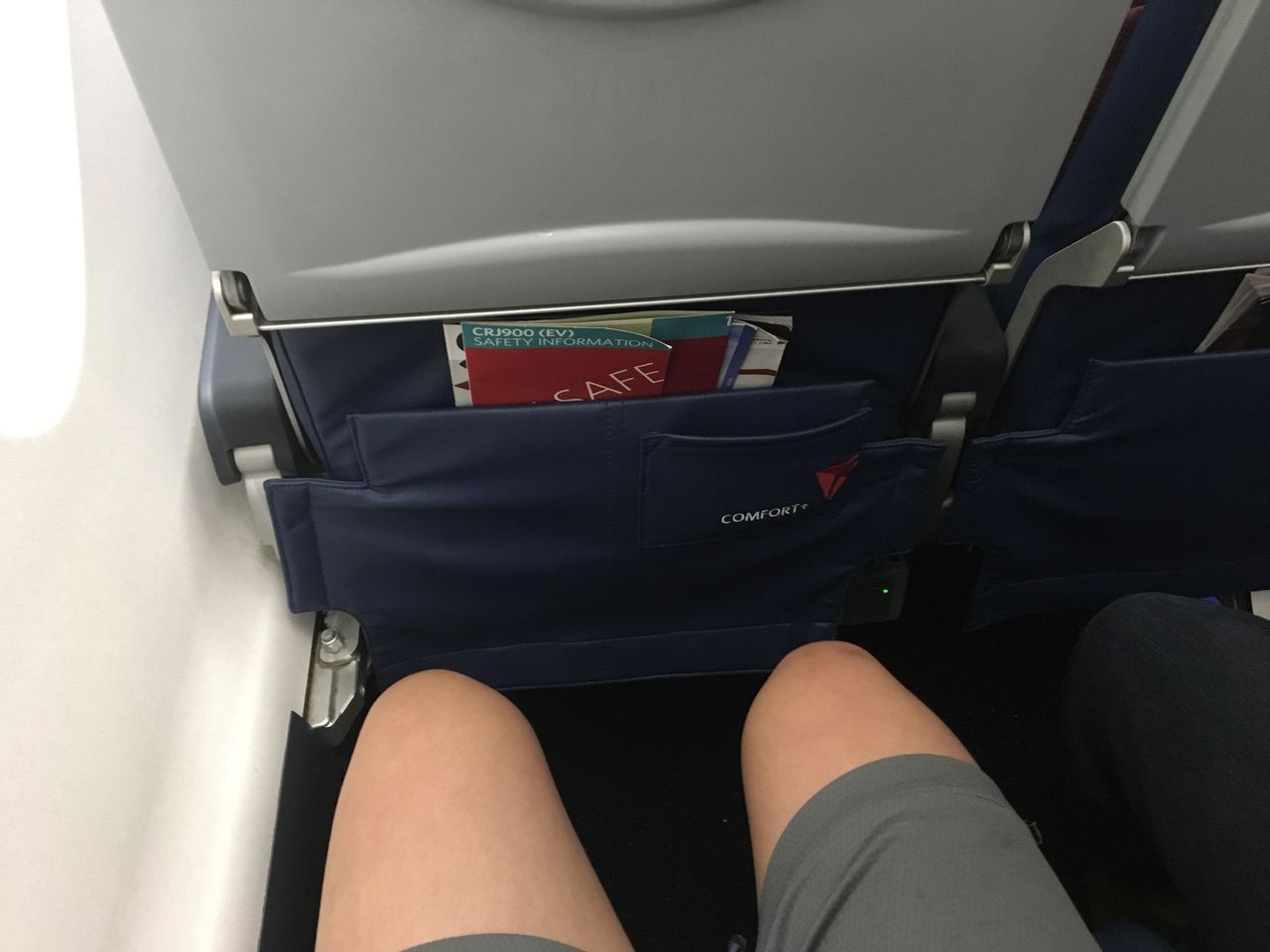 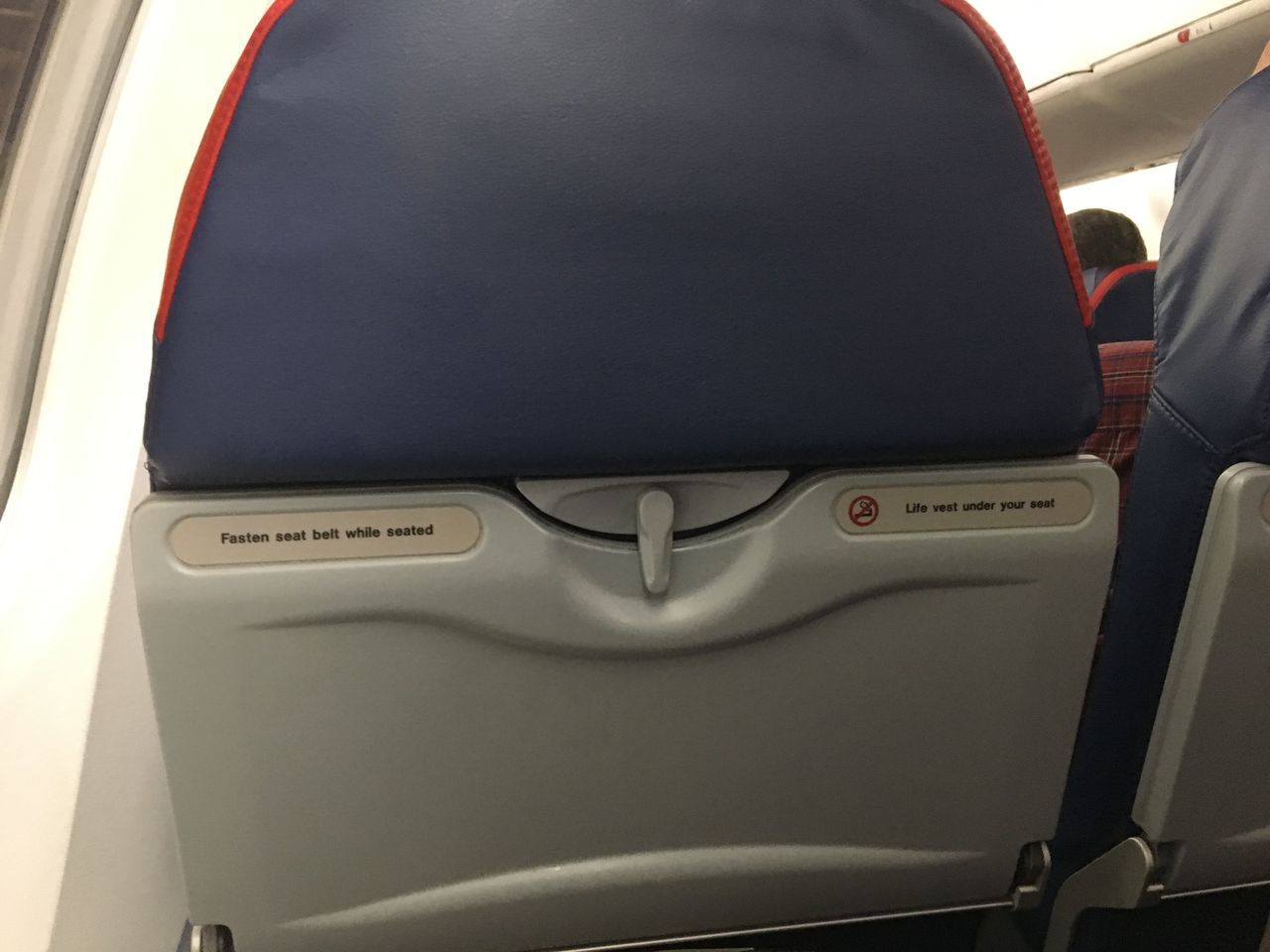 Cabin view from my new seat. 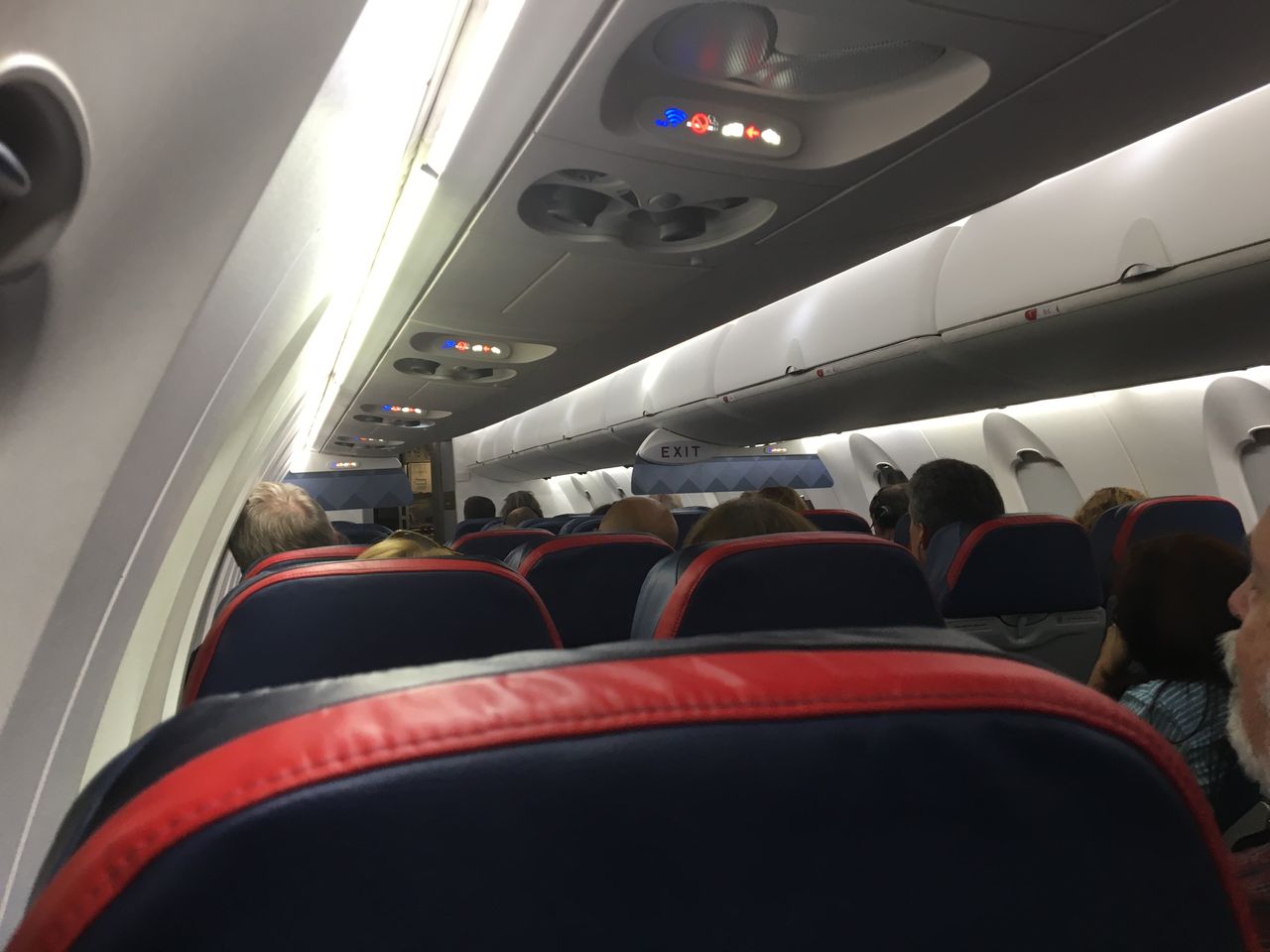 Window view (sorry for the bad shot; the cabin lighting was really intense). The 717/MD95/whatever you want to call it to the left of us was N957AT, a former AirTran bird. 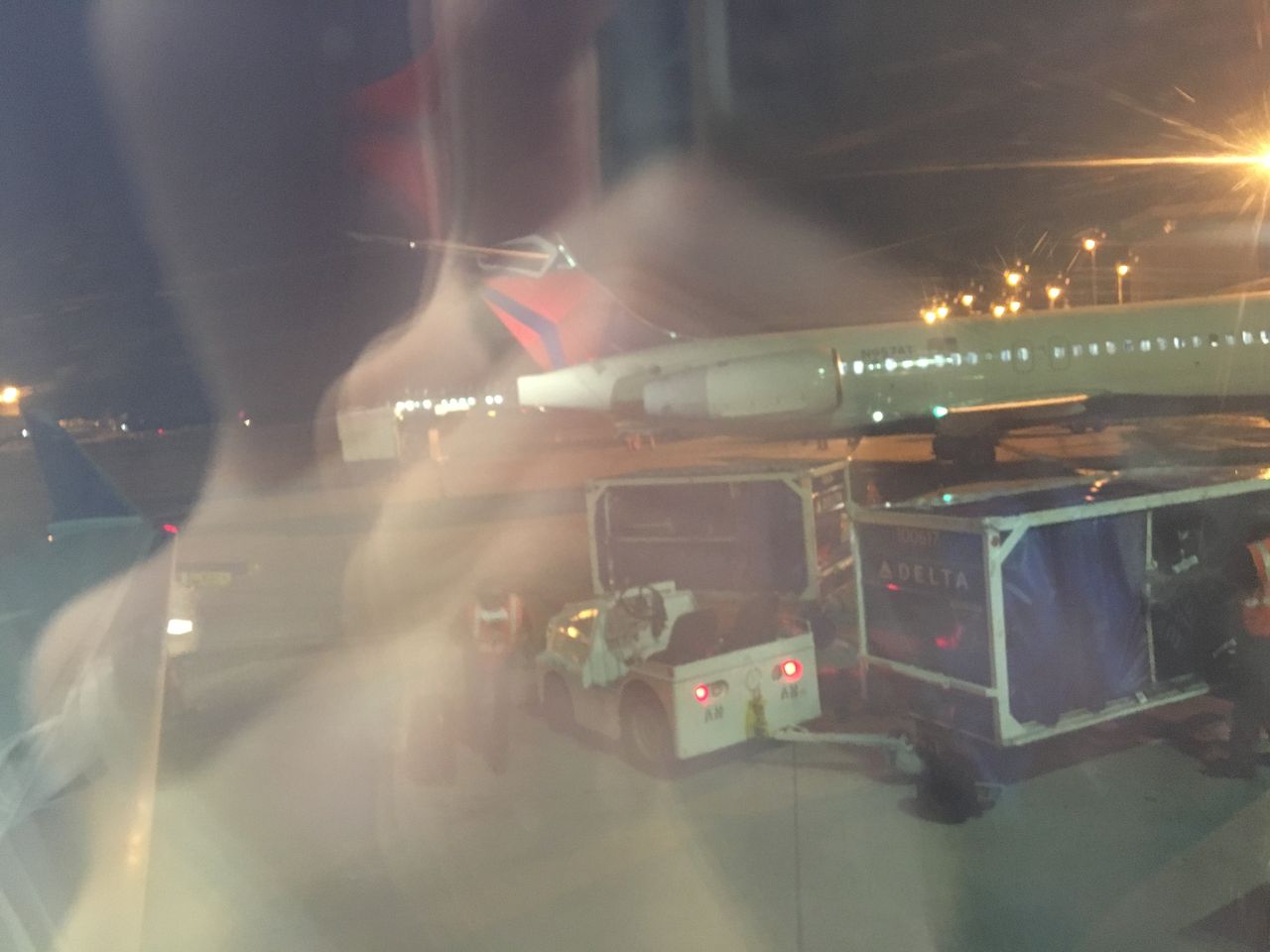 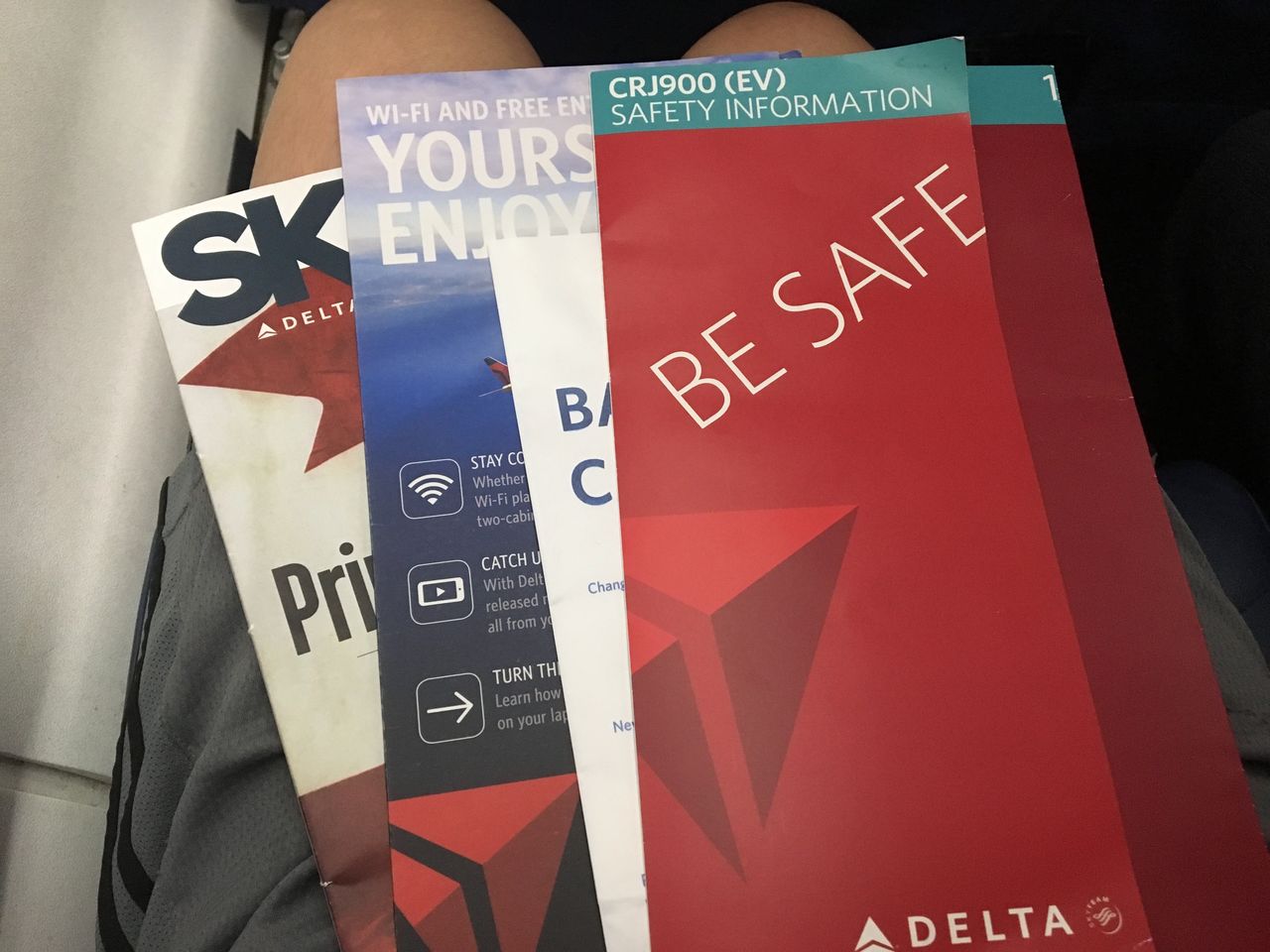 We more or less pushed back on time from the gate (sometime around 10:40 I believe) and started up both engines. We then proceeded to taxi toward Runway 27R via taxiway M.
However, as we were approaching the threshold of the runway, I noticed that we had pulled off to the side, and that other planes behind us in the queue were now passing us for takeoff. Uh oh, something bad is about to happen… The last time I flew ATL-GNV, the CRJ200ER that I was in also parked here due to a fuel gauge issue, forcing us to return to the gate. I hoped that we wouldn't have to taxi all the way back just to load up on more fuel.
After 20 minutes, the captain came on over the intercom and made it clear that we had a fuel imbalance issue; meaning that we wouldn't be able to take off until the fuel on both the left and right sides of the plane were essentially more or less equal. We pulled over to an unused taxiway between runways 27L and 27R, and the captain turned off the starboard engine to allow the port engine to burn off the excess fuel. Ugh…. Why is it that every time I fly a CRJ something bad happens?!
We burned fuel for around 40 minutes while the flight crew waited for the fuel levels to stabilize to acceptable levels. At this time, my professor, who was now seated just one row behind me, woke up from a quick nap. He proceeded to let the whole plane know how disappointed he was with Delta Connection and the delays commonly associated with it. Given the fact that the CRJ900 only has 76 seats, I'm sure none of the passengers were pleased to hear his rant, especially that late in the night.
Once the fuel levels stabilized to acceptable levels, we were able to jump the queue for takeoff. ATC directed us to taxi back across runway 27R and towards taxiway M, where we performed a powerful rolling takeoff and climbed into the night sky. Just after departing, we made a steep left 90˚turn south towards Florida.
Please excuse the terrible photography. My phone is not good at taking photos during the night. 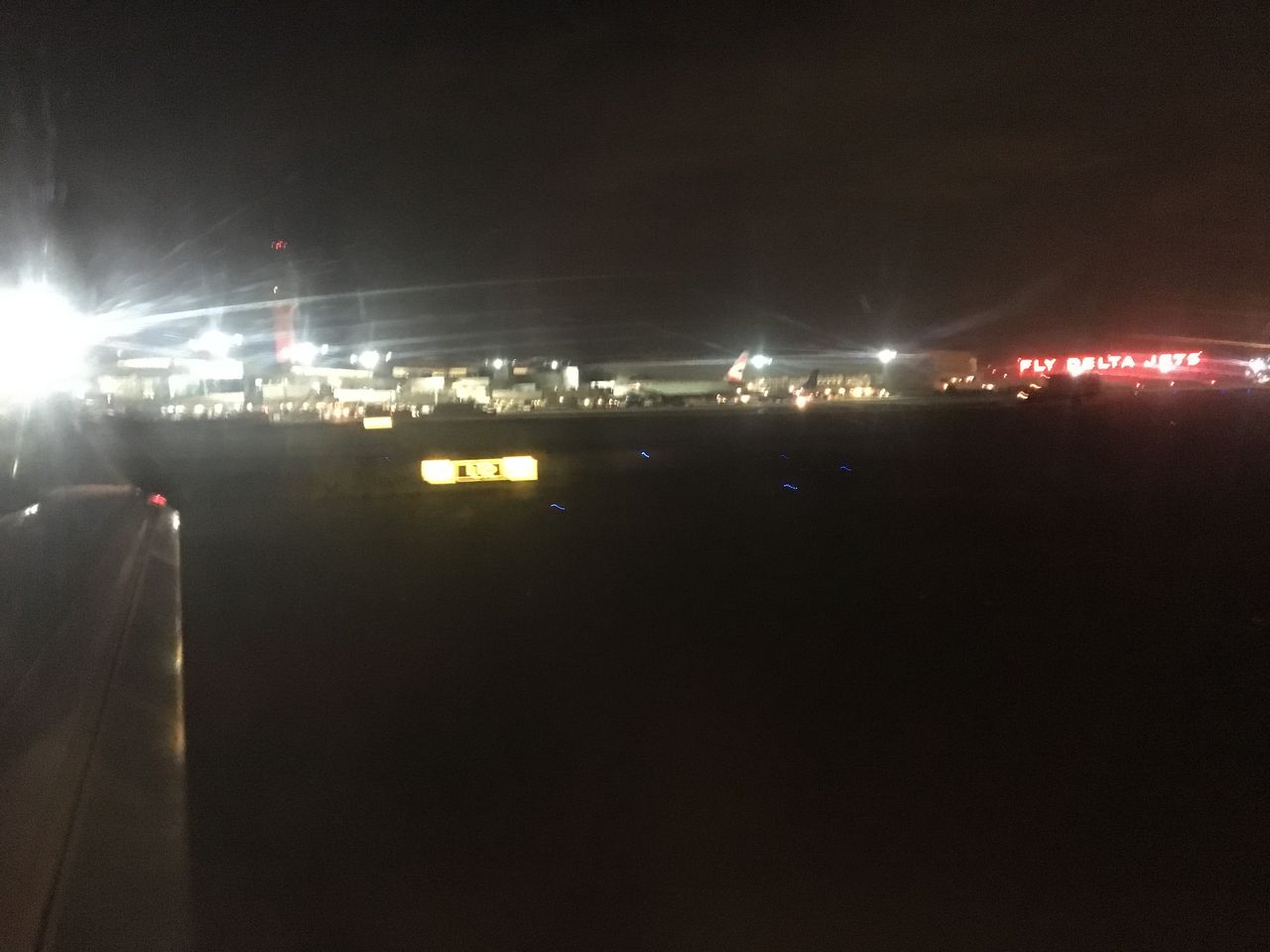 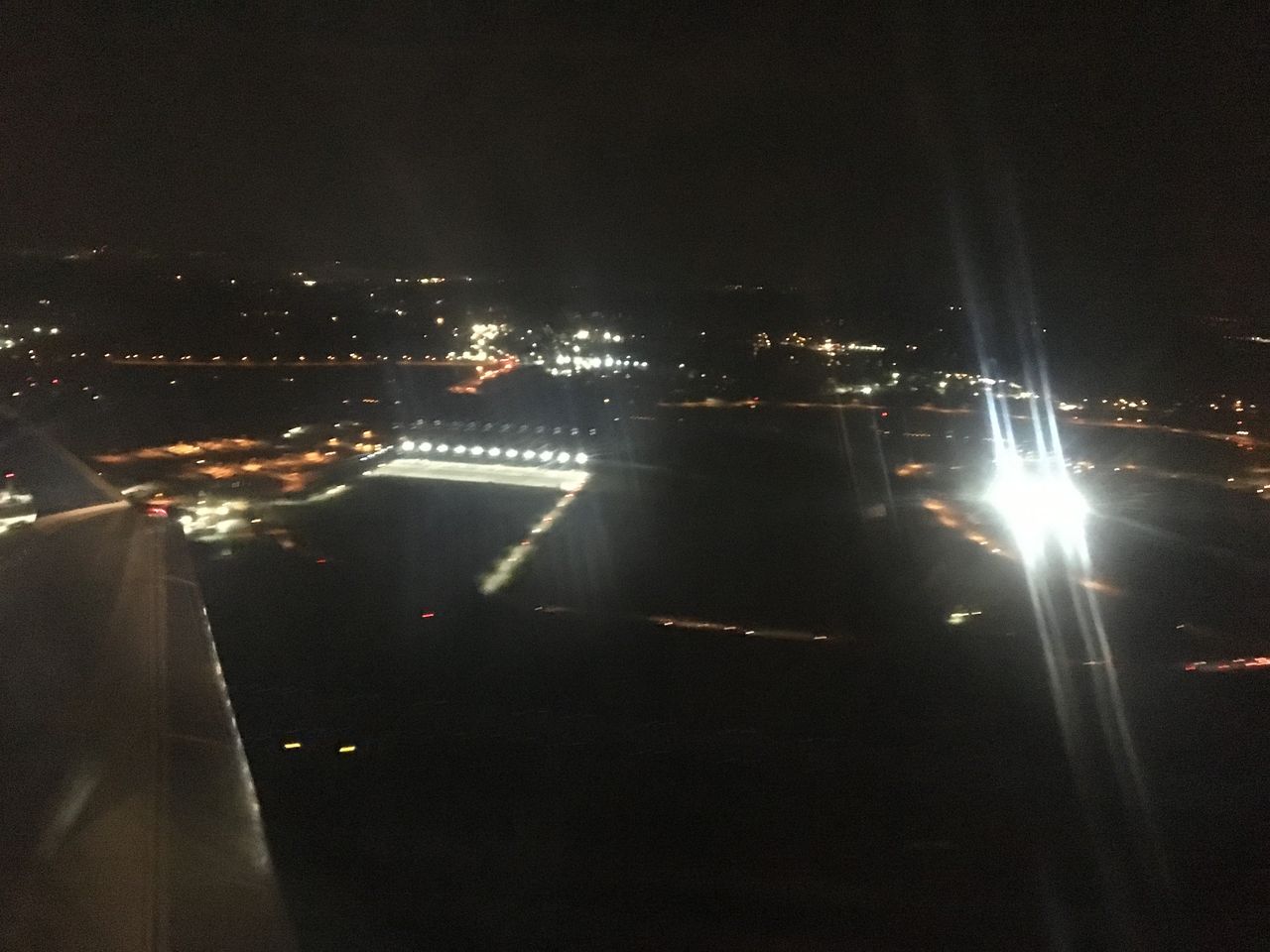 Once up in the air, the FAs apologized profusely for the delay. It was a pretty average Delta Connection flight, with wifi available after 10,000 feet and a single beverage/snack service. As always, I went with the average apple juice and Biscoff cookies.
I tried to use Delta's complementary Delta Studio service on my phone. However, the Delta studio website does not display as much information about the flight as it does for mainline flights. The same selection of movies as my previous flight was available on Delta Connection.
I spent the time watching the trailer of Your Name (君の名は), which by this point you might recognize as my favorite Japanese movie of all time. 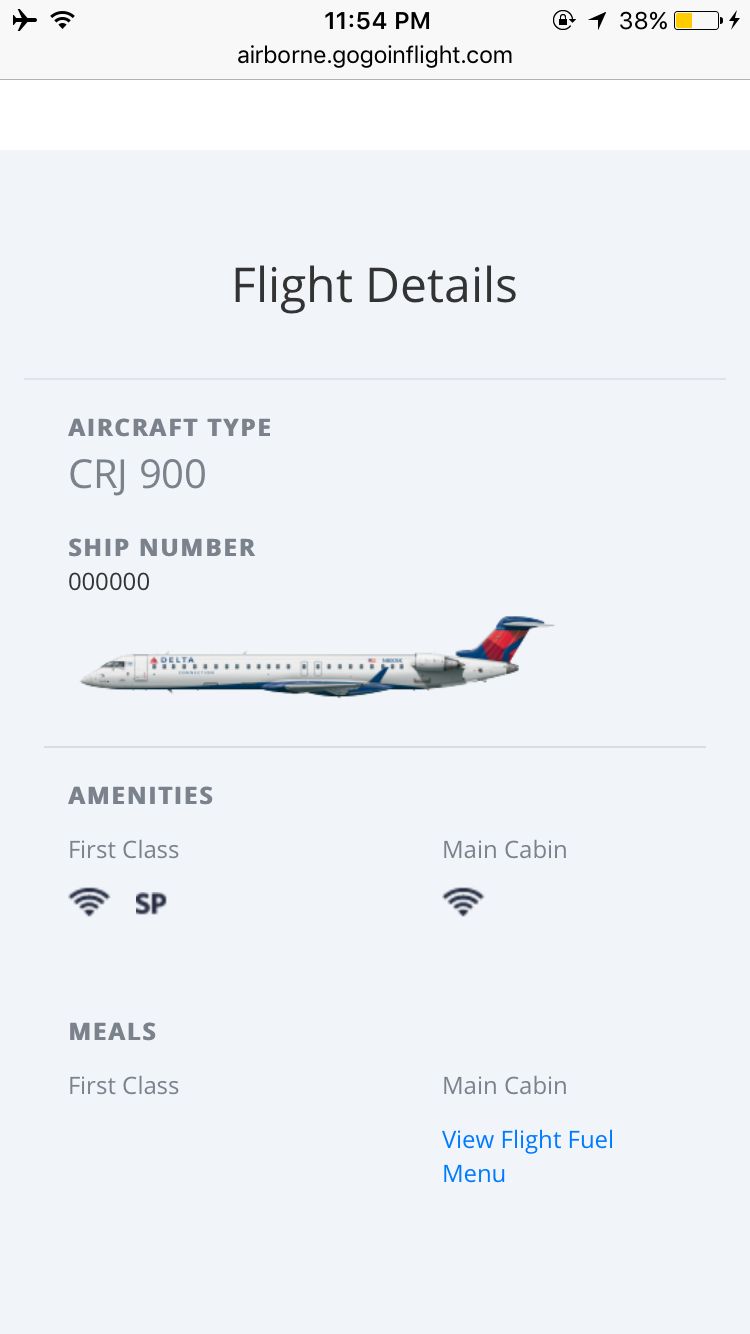 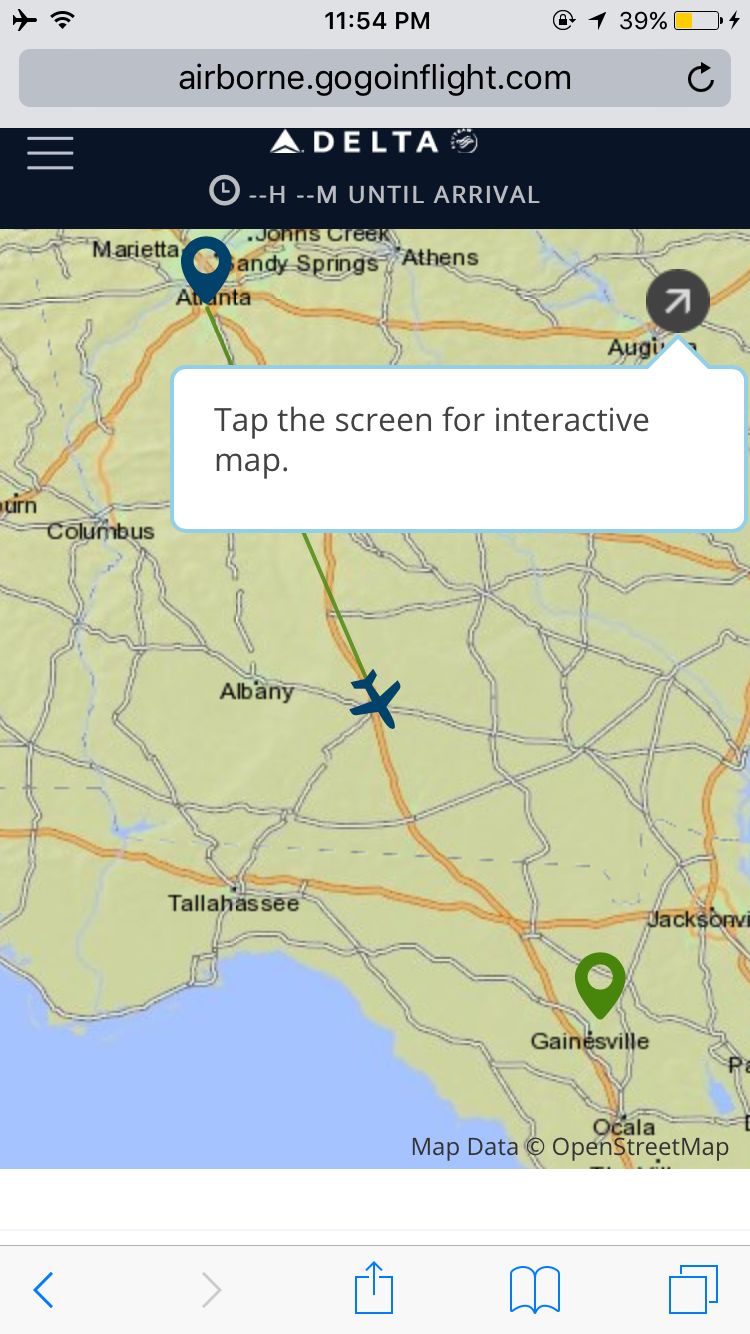 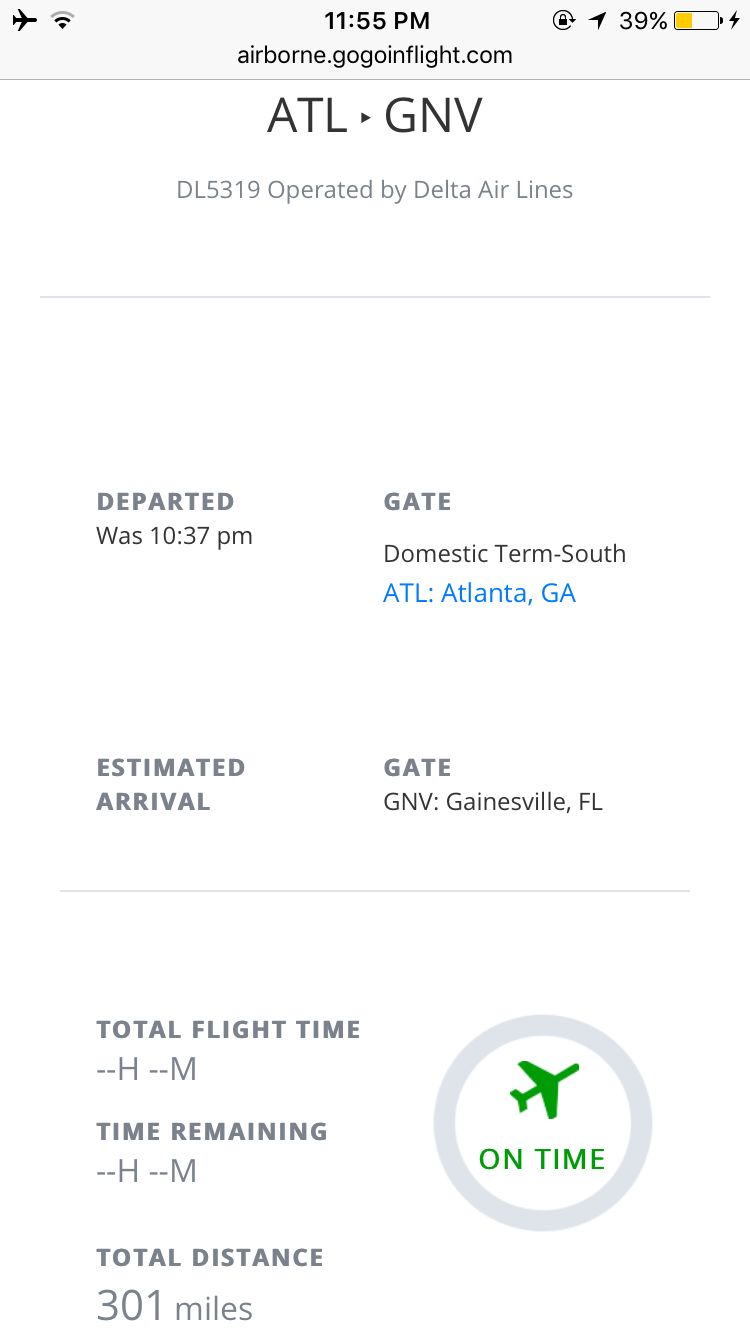 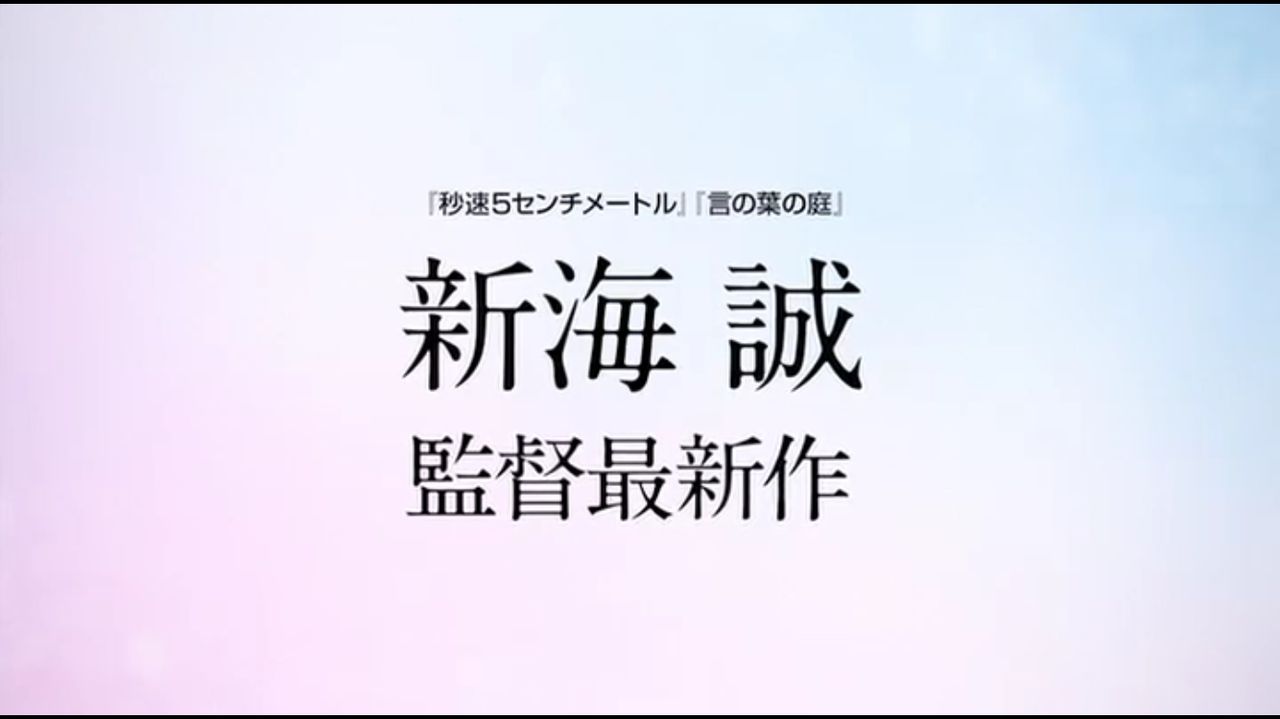 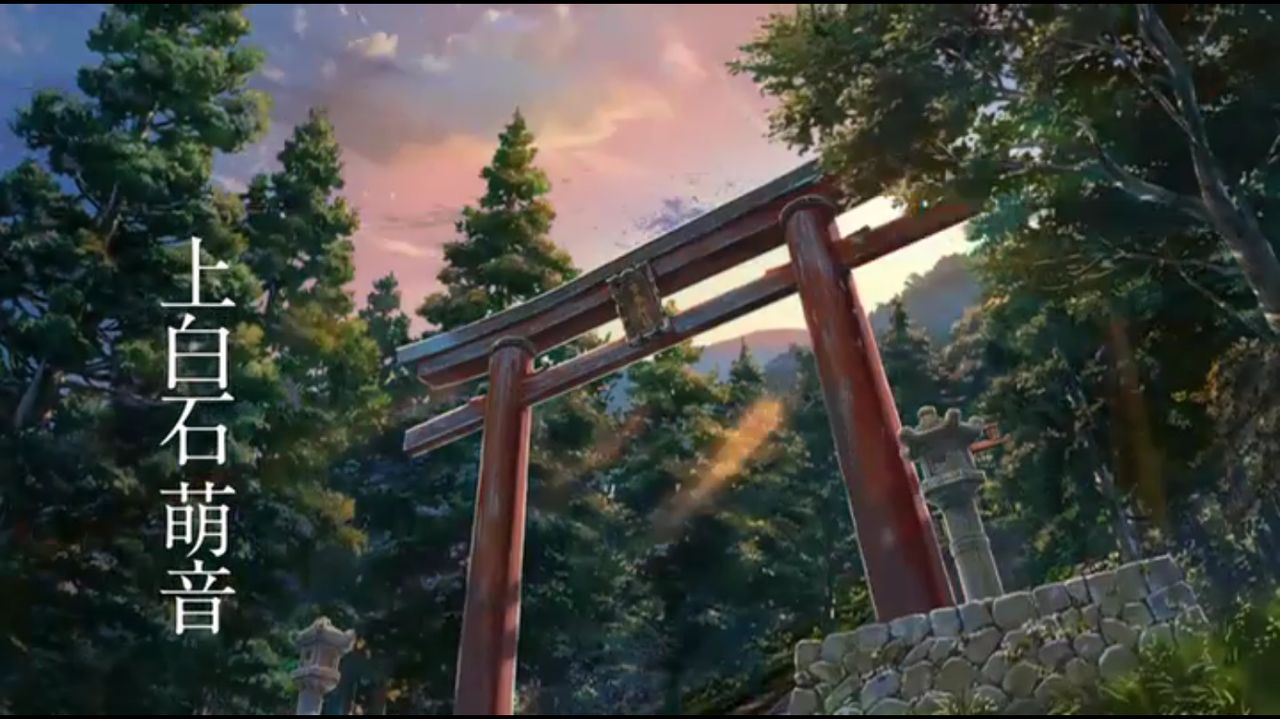 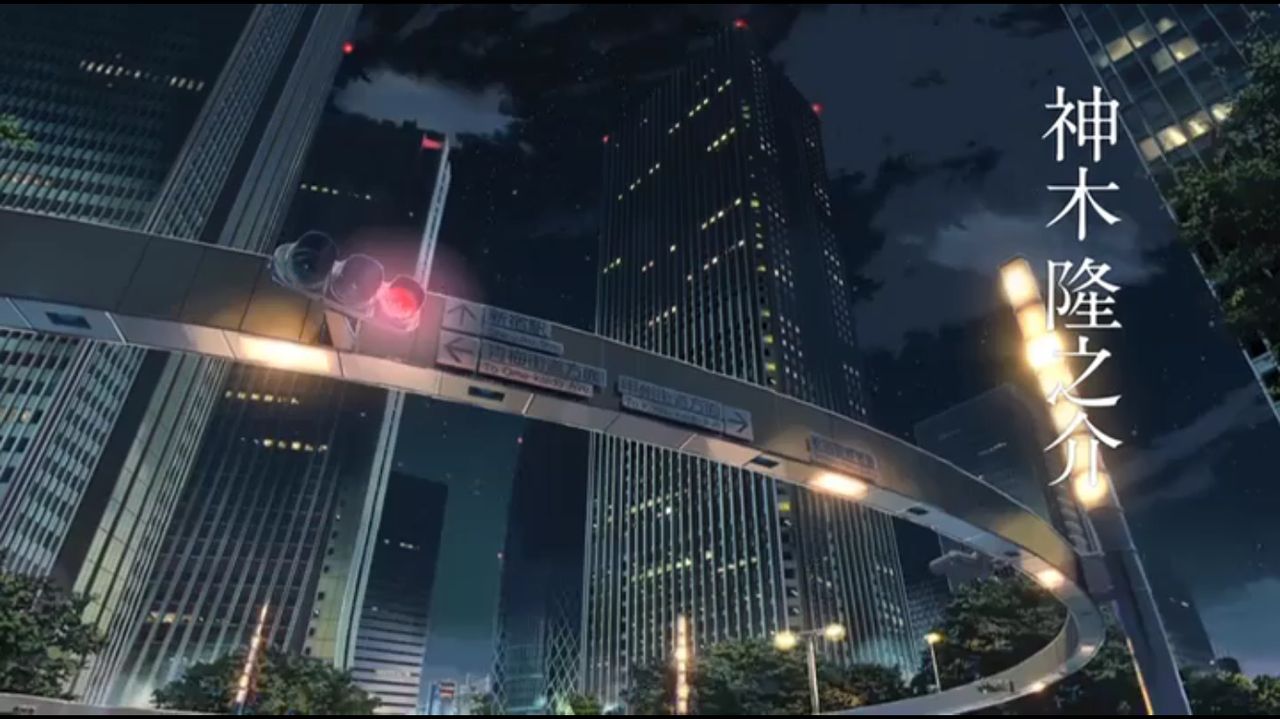 We started our initial descent right after I finished watching the trailer. For the remainder of the flight, I just stared out the window, although there wasn't much to see because it was dark and I was on the wrong side of the plane for the landing, which meant that it was completely dark. For runway 29 arrivals, the city of Gainesville and the University of Florida can be seen if you are seated on the right side of the plane, but for those unlucky enough to be on the left side of the plane, you'll have to do with the view of a forest and Newnans Lake.
Landing in Gainesville. 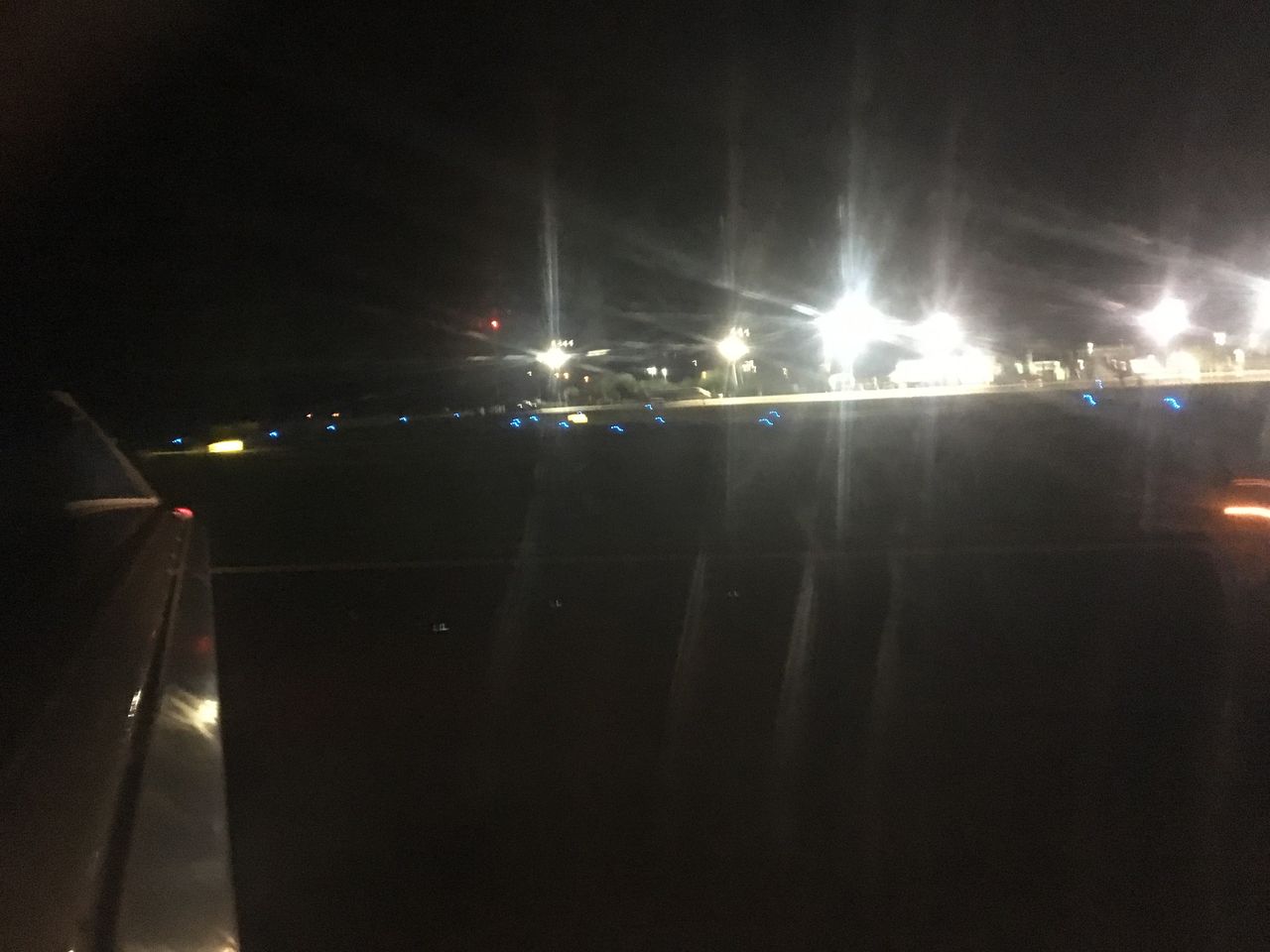 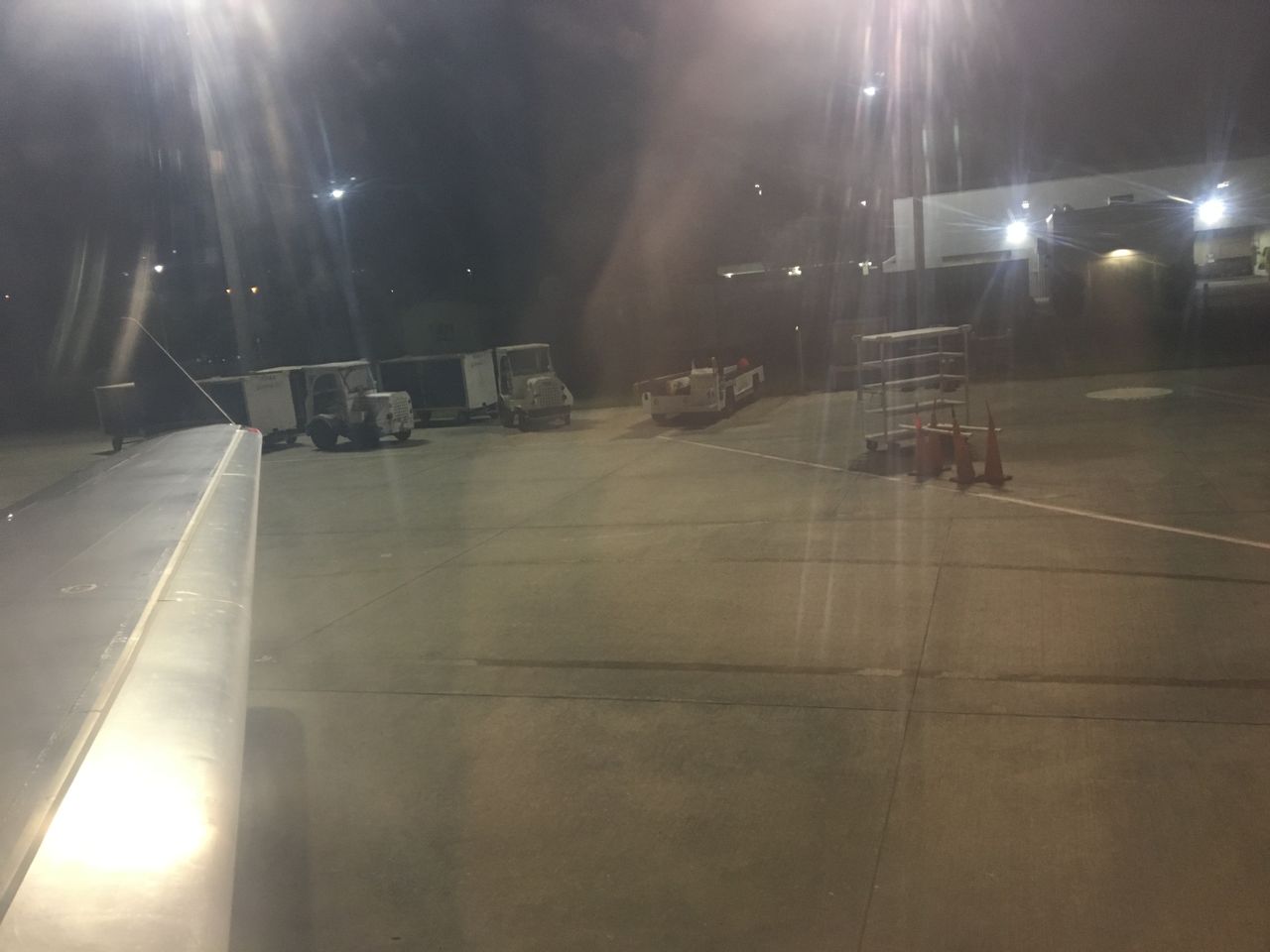 View of the Economy Comfort+ cabin. 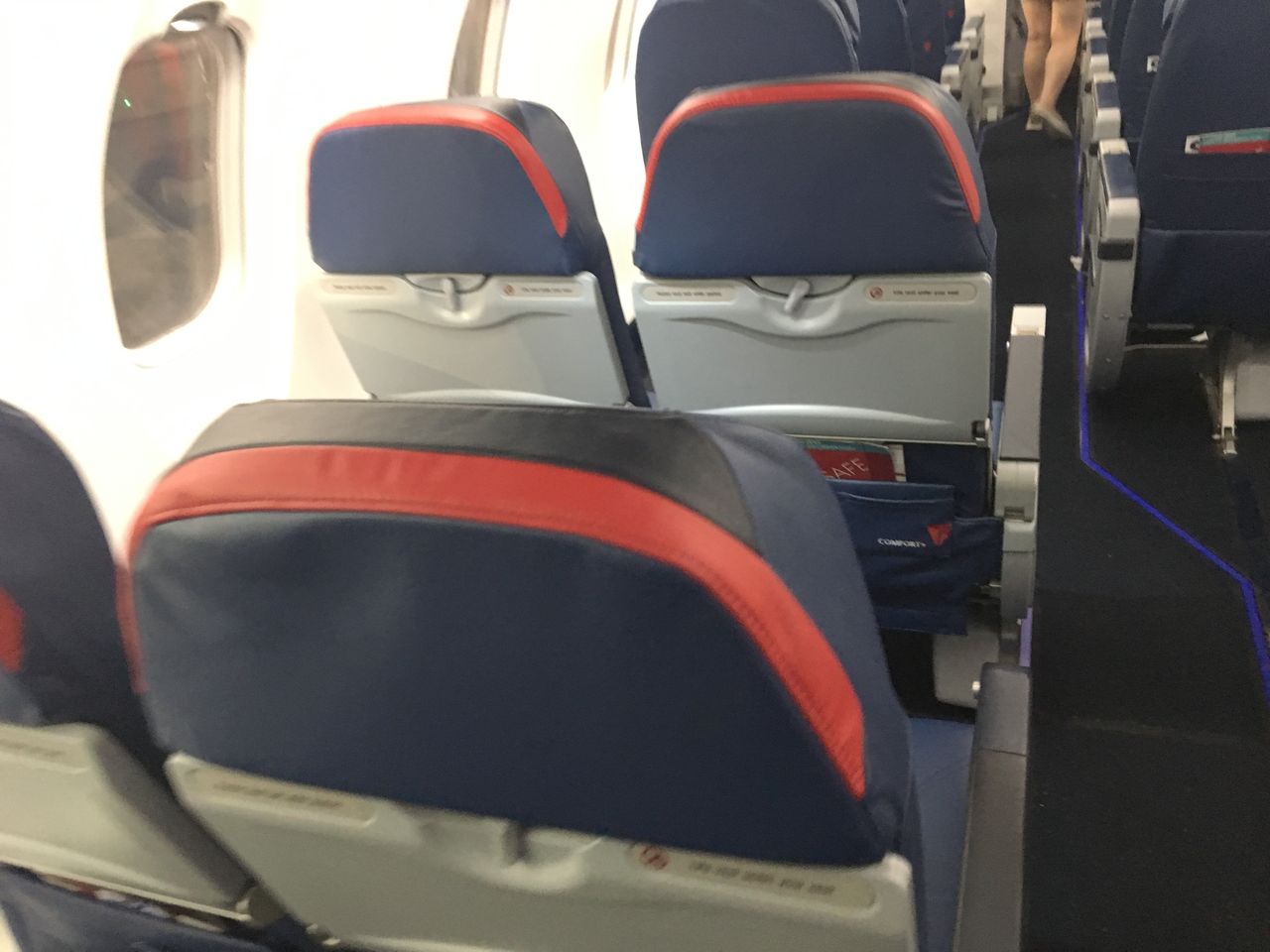 First class cabin in a 1-2 configuration. 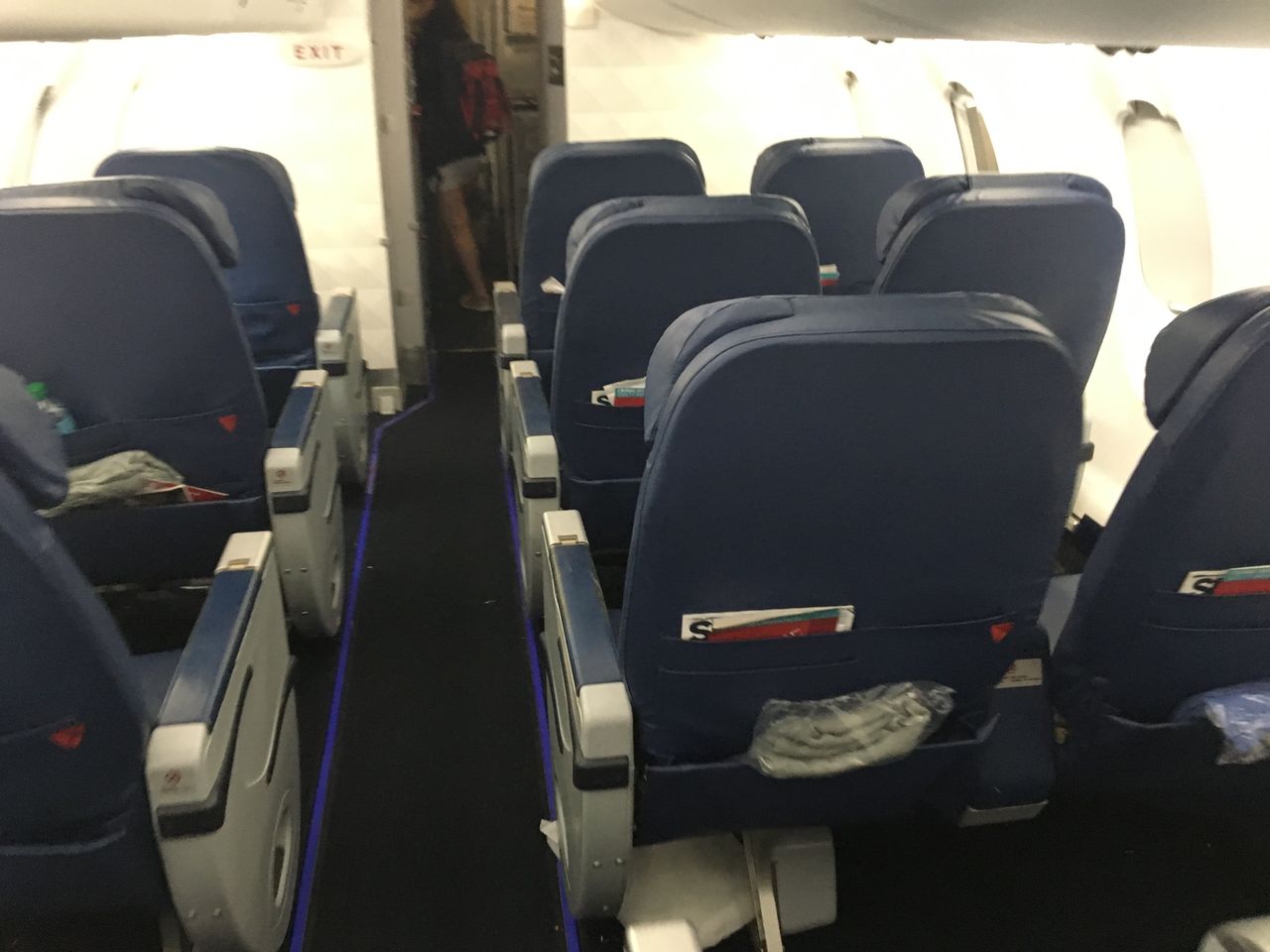 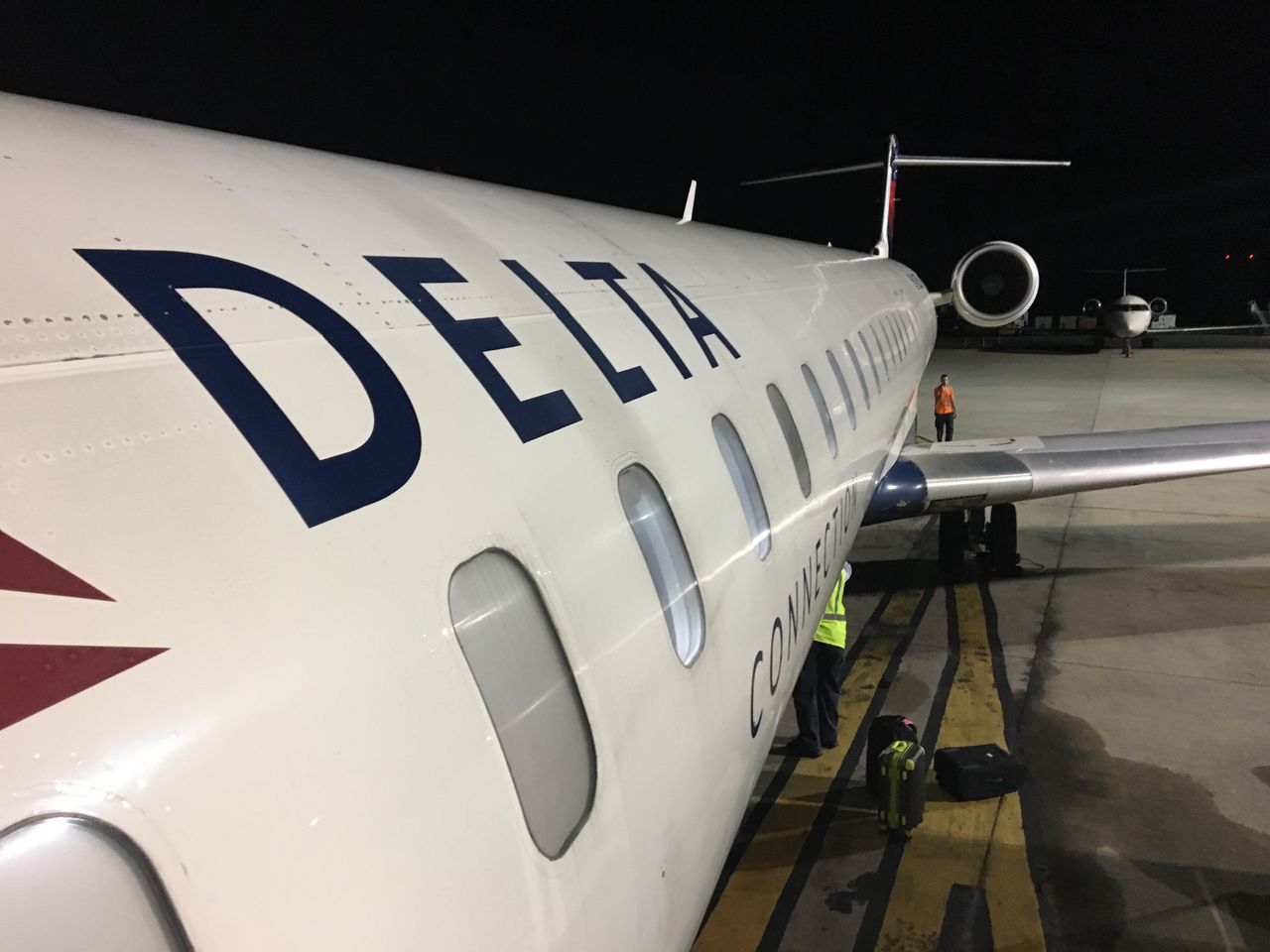 Thanks for reading this flight report! I now have about a month left of work at the University of Florida before I return to New York City. Once I get back…well, stay tuned for future Flight Reports!
See more

This was one of the most comfortable flights that I've had on a Regional Jet. The fact that I got a free "upgrade" to Economy Comfort+ made an ordinary trip on Delta Connection special. The Economy Comfort seat was more than enough for the 45 minute flight, and the fact that I had access to a power outlet to charge my phone, among other amenities, made this flight even more comfortable than I expected it to be. As always, the crew lived up to my expectations, and did what they could to make this a comfortable flight despite the delay. They were very courteous, and were able to calm some irate passengers (like my professor). Thanks to Delta and ExpressJet for making this a very enjoyable flight, and I will see you guys soon.
Stay tuned for my next trip report!

He wrote 8 reviews about 3 airlines and 7 airports.