With a spectacular experience in Pulau Penang, it was time to head back to KUL
A highlight of this Island is indeed its food! and that's yet another reason to why i'd go back there again

From a variety of quality street food, to the famous "Restoran Sup Hameed", "Muthus" and other cafes and "restorans "where its food speaks for itself are the highlights of Penang!


On to the FR
Rushing to airports have become quite a usual occurrence during the past couple of days, this being my third flight and Overall Second on AirAsia Berhad
Equipped with just the 7Kg's of allocated hand carriage, I was pretty thankful to be able to avoid the usually long lines at the Baggage Drop Counters

My Travel Hacks are as follows:
For Island Hoping and visiting other places in Malaysia or any other country would be to base yourself in the city that you initially land in.
My usual base in Malaysia being KUL from which I fly out to wherever

So this time, KUL was my base. It's highly recommended to get suitable accommodation in the city, close to public transport links with swift access to the Airport in order for the above to be feasible let alone practical.

So basically, the point is to ditch your check-in baggage at the hotel room, pack smart and utilize the allocated 7Kg's carry on luggage which is absolutely sufficient. You just have to pack the necessities and not overestimate and over pack clothing.
A pair of shoes and flip-flops are more than sufficient along with a couple of Tee's, Inner ware and night-ware along with toiletries and the standard laptop, charging equipment etc which would generally add up to around 3KG max.

Initial thoughts were that 7KG's would be inadequate, however even with shopping being added on in PEN, I was still way under the allocated amount.
Mind you, LCC's are pretty strict on the allocated luggage policies and its best to not go over the allocation

At around 05:30PM, we made our way to PEN airport, options available being the RappidPenang Bus, Uber or Grab.
We opted for Grab that gave us a great deal with a very nominal fare to get us from George Town to PEN Airport, getting us there within 40 Minutes, lucky for us that it was a weekend or else i'd have been much longer 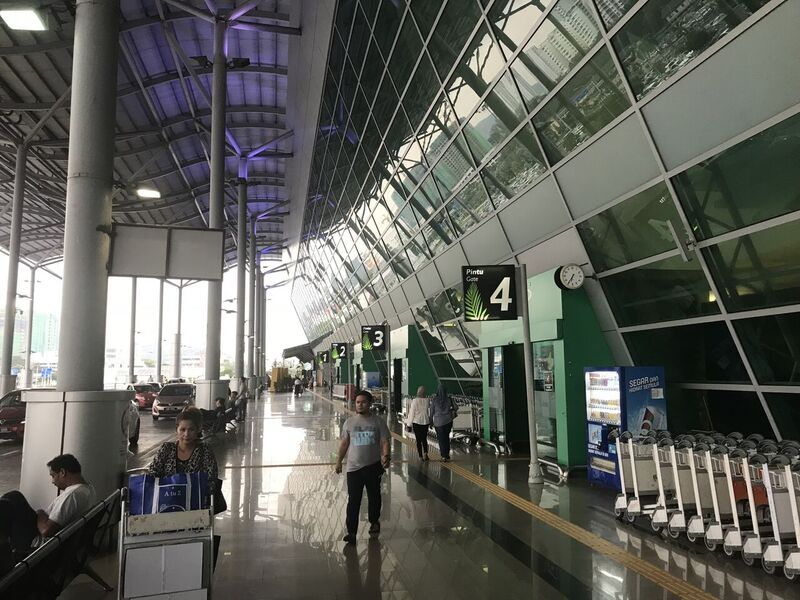 As a Small, compact International airport, PEN unlike KUL didn't have a dedicated domestic concourse which was pretty understandable.
However the airport as a whole was very accessible with above par services being available for all passengers travelling though PEN 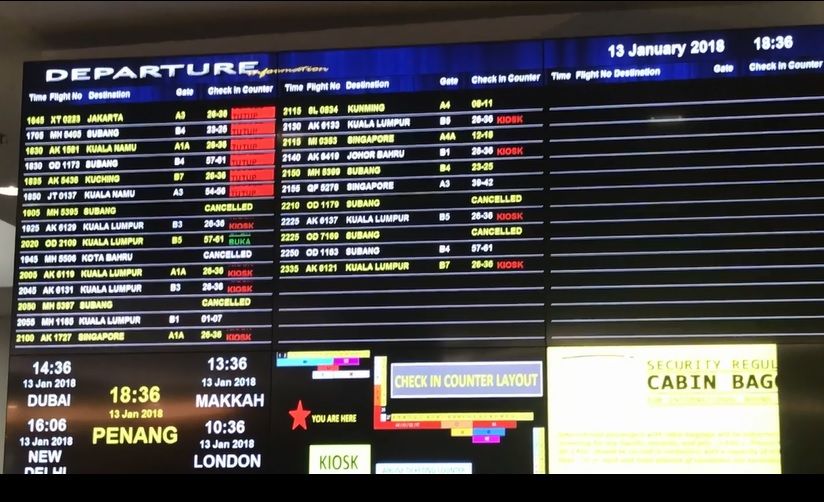 Thankfully,my carrier for this sector AirAsia had it's self check-in Kiosks which meant that we had to just print our BP's, clear pre -flight security which was pretty strict and get to the gates.
PEN Airport doesn't allow the carriage of even 100ml of Water while clearing security.

Water can be purchased at the Air side, however they are premium priced 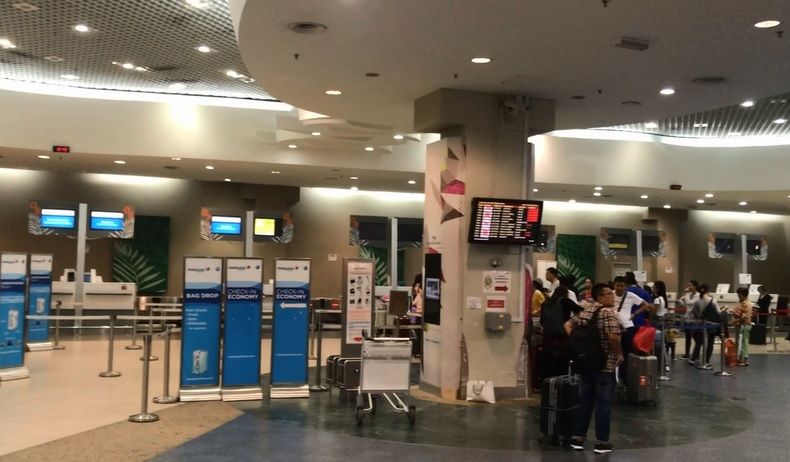 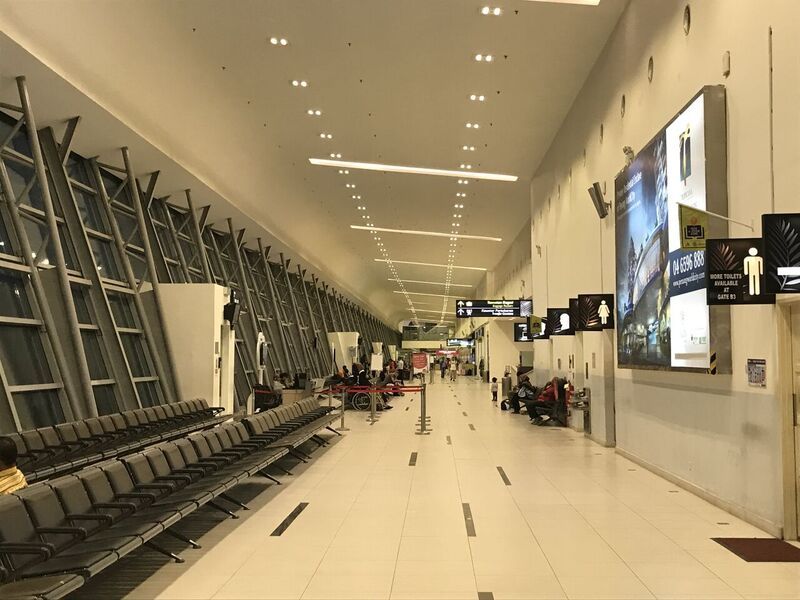 FR24 Indicated that our flight that was coming in from Siem Reap (REP) in Cambodia to Kuala Lumpur (KUL) to Penang (PEN) was delayed, my expectation was a bare minimum of 45 minutes,which was announced soon after by AirAsia's ground crew and the wait began.

With very few shops located at the airside, a few trips to the smoking room and a snack at Dunkin helped to kill time.

We then boarded AK6131 via aerobridge on to the A320 waiting for rotation back to its home base at KUL
Received a warm welcome from the crew which were tired, yet fresh, friendly and more importantly happy to finish off their roster ready to get back home 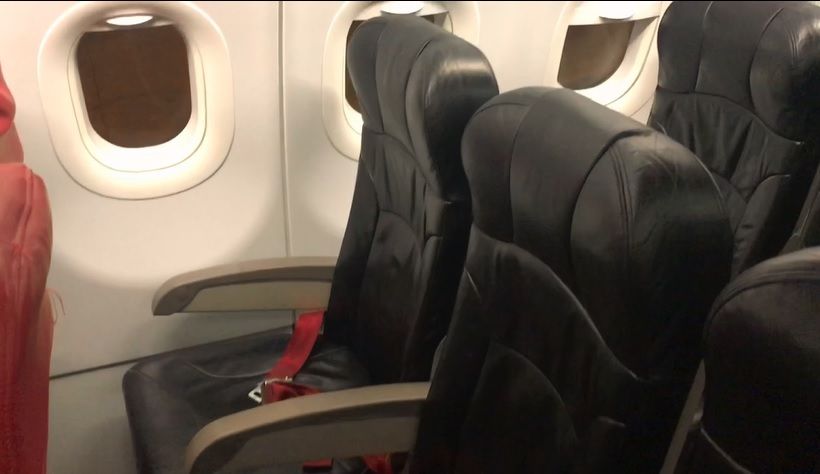 Pushing back from PEN almost 2 hours behind schedule With its CFM engines powered up we were on ascent to our assigned altitude of 25,000.00 ft
The Wiglets on this A320 were beautiful! 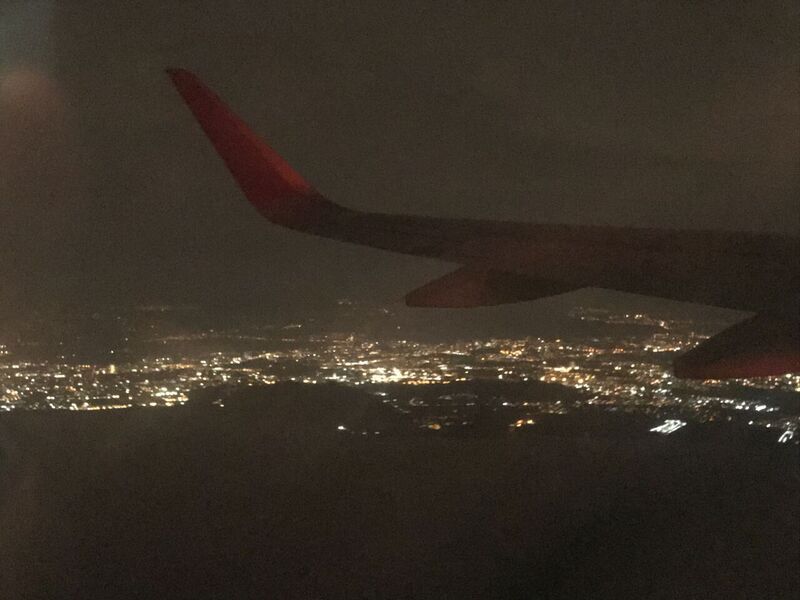 The Crew didn't make much of an appearance for this red-eye flight, with passengers settled in, most were asleep soon after take-off
Those passengers who had pre-ordered meals were taken care of and a subsequent buy on board meal service followed 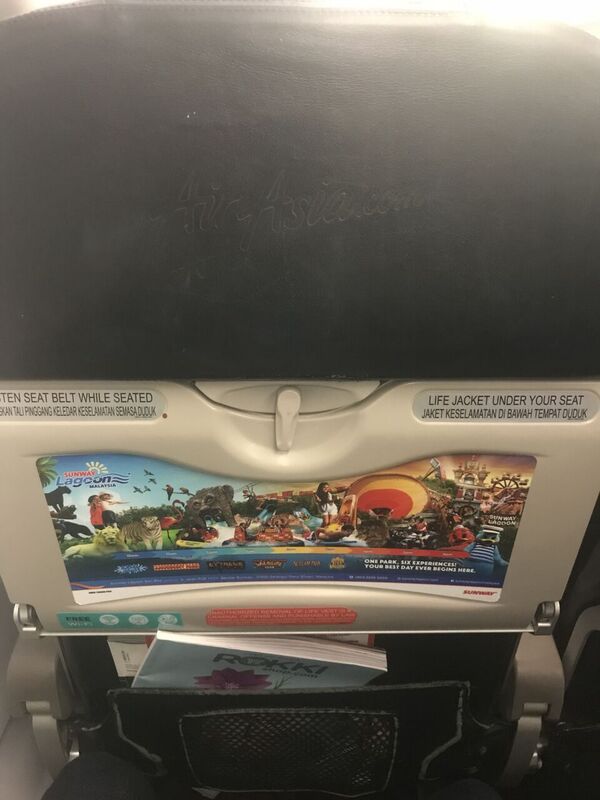 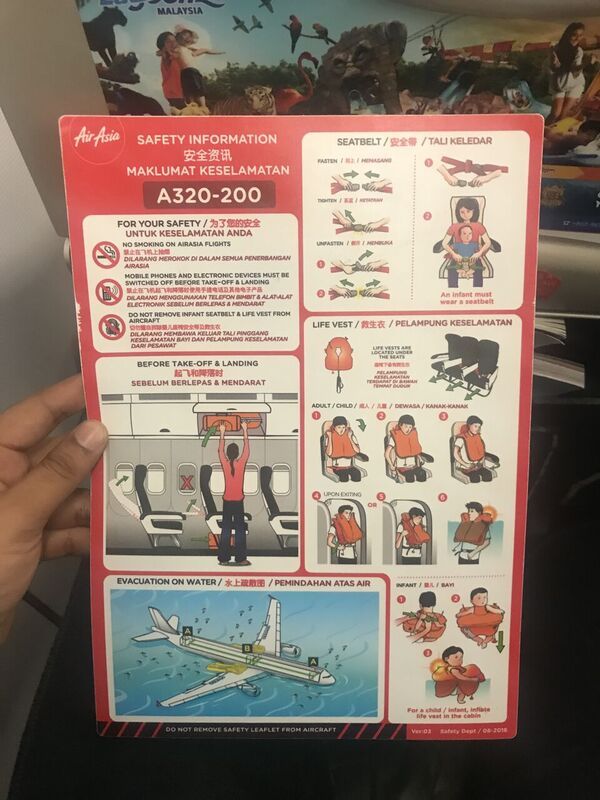 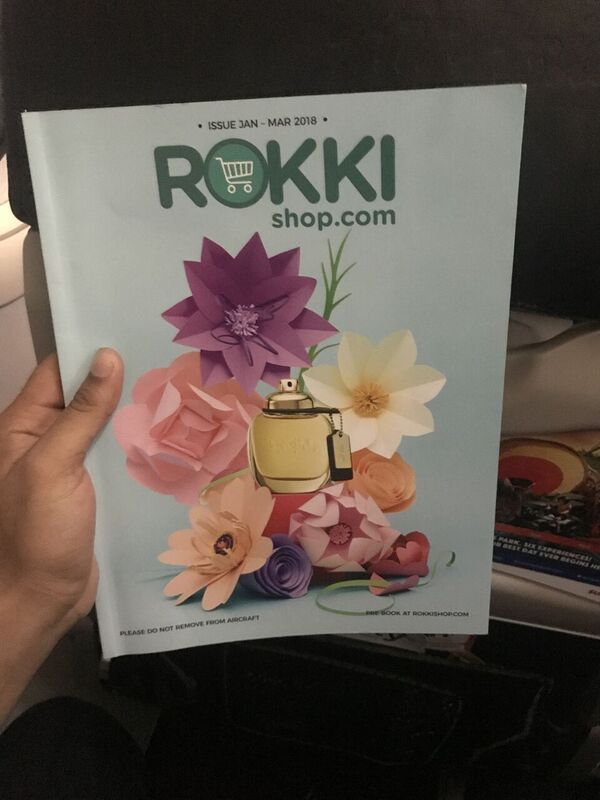 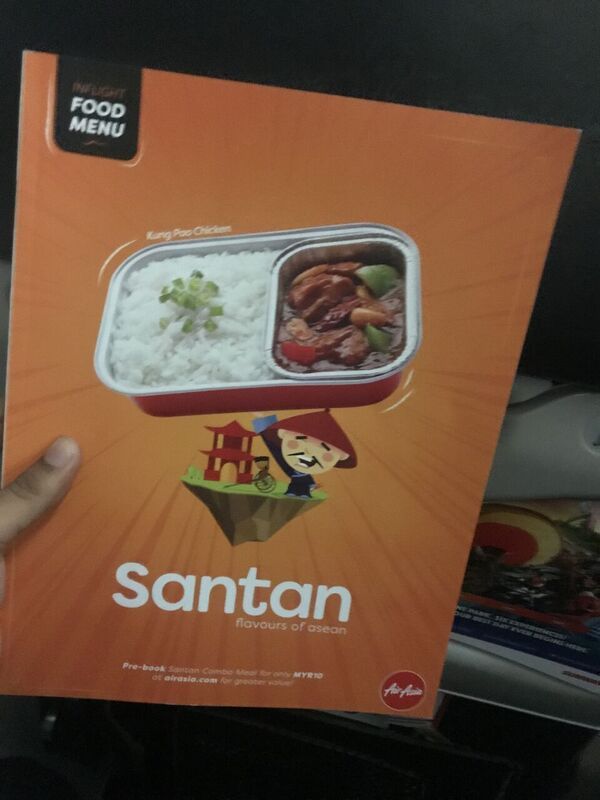 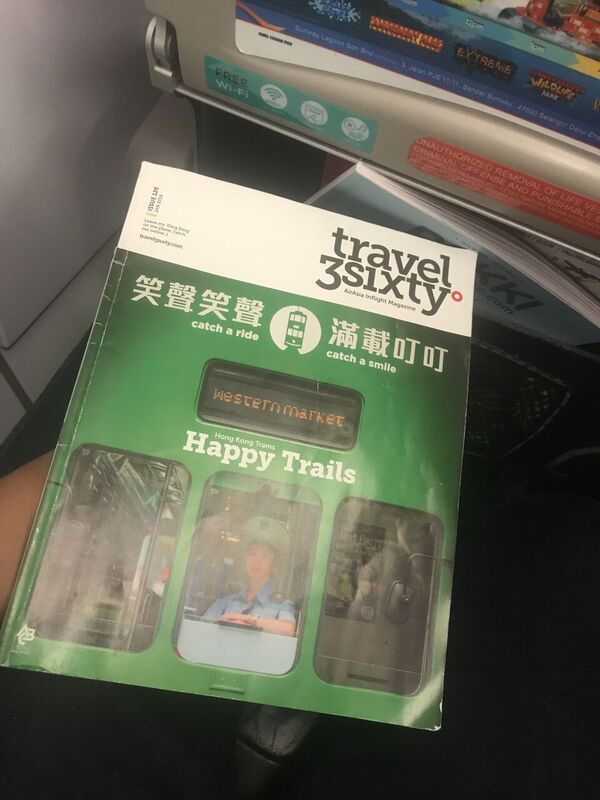 With nothing more to report on and with the light dimmed, descent had begun into KUL 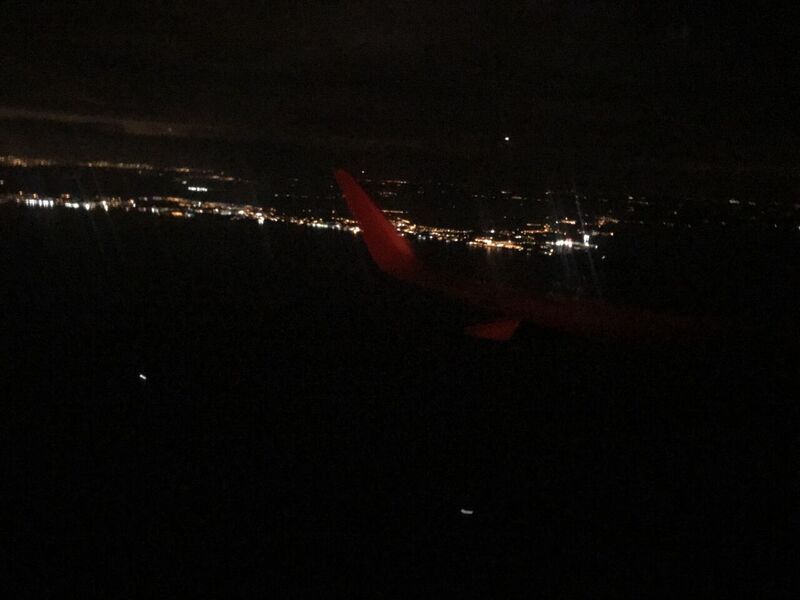 At the Gate at KLIA2, KUL's dedicated LCC Terminal

Disembarked quickly, and navigated out of KLIA2 to the Bus Terminal at the Basement to catch a bus to KLCC 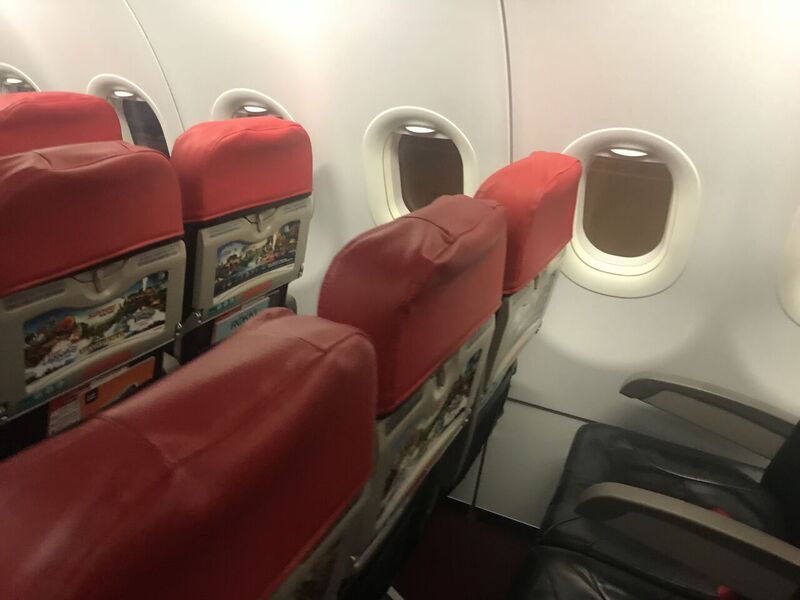 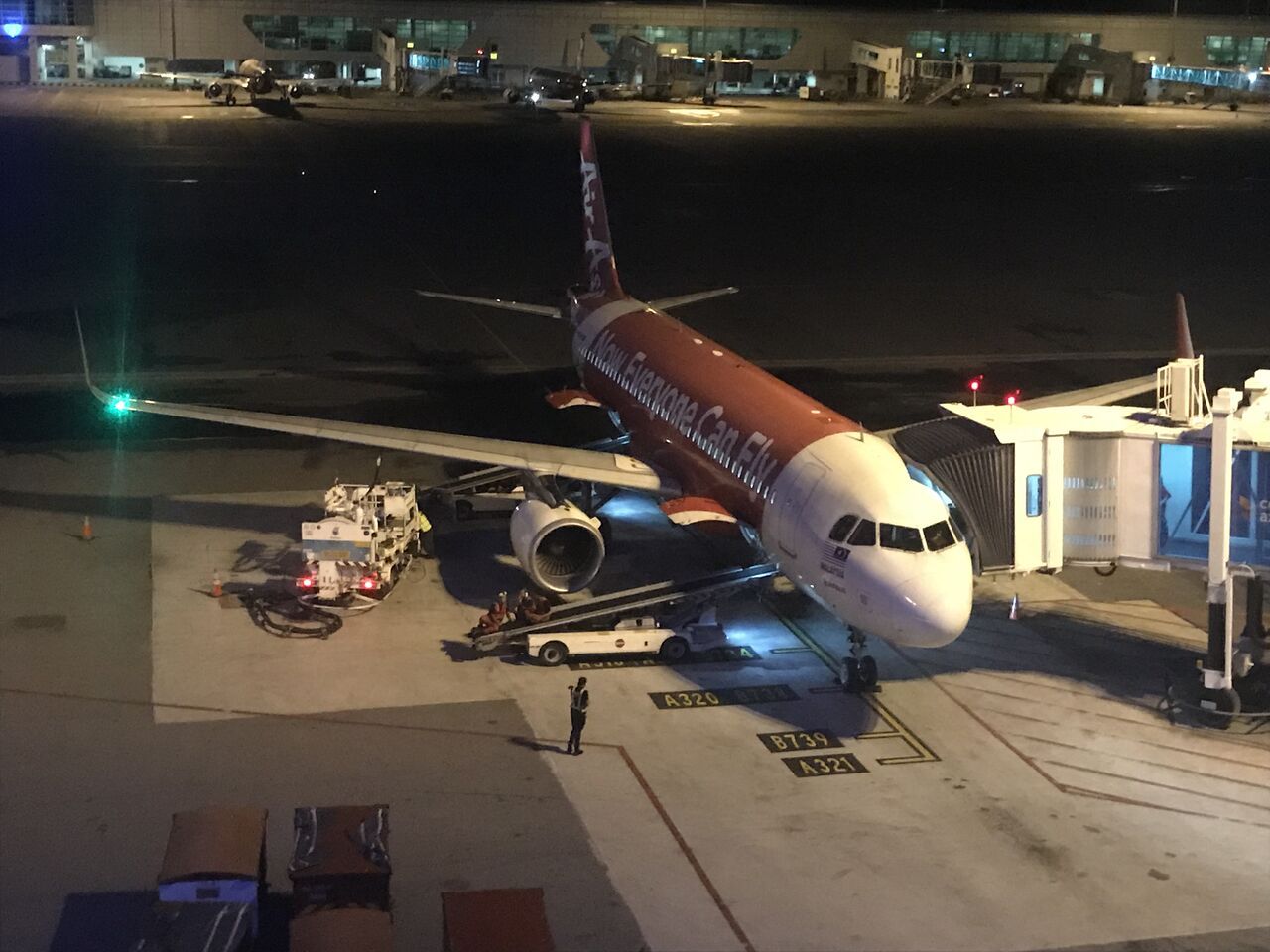 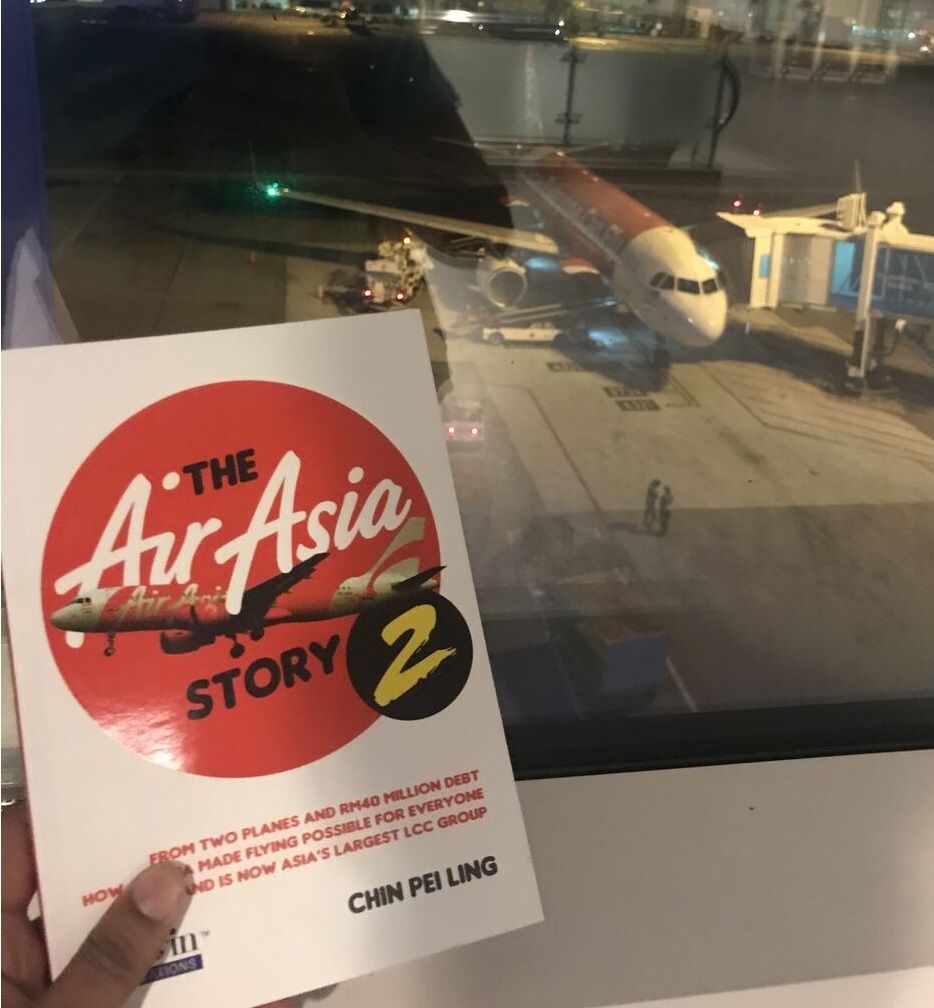 That's a wrap! 3 of 5 Complete!
Thanks for Reading! stay connected via. FR and YouTube don't forget to Subscribe link
Comments are welcome!
See you in the next takeoff!
See more