#29 out of 74 Airlines A minimum of 10 flight-reports within the past two years is required to appear in the rankings. 959 reviews


Hello Flight-Report #avgeeks. Rewardflying returns traveling across the pacific and back. This trip will start with a favorite and end with Garuda Indonesia's A330 (newest seat) and the highly anticipated Delta A350.

I hope you enjoy the trip!

When arriving in Singapore at 1AM after a 24 hour trip the first item on my agenda is to find a bed. Attached to Changi airport is The Crown Plaza which is a nice hotel, but pricey at over $200 per night which seems silly to spend if your attendance will be about 8 unconscious hours. Hailing a cab to another place downtown or elsewhere isn't high on the desirable list as well. The train doesn't operate that late so that's out too, not that a 45 minute train ride is a great option either.

There is a great solution just a few steps out of the gate when you deplane. The Aerotel. I booked a single room for 8 hours. You start with 6 hours and can add on. For $75 I got 8 hours and breakfast. I was in my room 15 minutes after landing. Sure the room was small but who cares. I wanted 6-8 hours of sleep. The single rooms don't have bathrooms, they are down the hall. Double rooms do have bathrooms in the room, but they are more expensive.

The morning shower. Don't forget the towel they leave for you in the room, otherwise you make a wet return to get it, I know! These are private shower rooms similar to what you'd find in a lounge.

And the lounge. While the breakfast was basic, eggs, sausage and toast it was good. Go for a swim, workout or just plane watch.

After a fun day in Singapore it was off to Bali. While Singapore Airlines has numerous direct flights to Bali (for 17,500 KF Points), I thought it would be fun to try KLM's fifth freedom flight. It was a good decision.

I arrived back at T1 after lunch in Chinatown and a couple hours of sightseeing. Fortunately it was just before the afternoon rains. KLM835 checking was row 12, the farthest away, of course.

Check-in was a breeze and soon I was inside the terminal. I really like the individual gate security screen at Changi. Unfortunately it looks like they're moving away from that as the new T4 has screening before you can enter the boarding area.

I made my way up to the dnada lounge as it's KLM's contract lounge in Singapore. It's a nice comfortable lounge. I didn't take any photos inside. Like the other lounges on the 2nd floor of Changi in T1 there were no windows.

Checking my flight status the inbound was the one under Muar and I'd be flying the SkyTeam Livery.

After some time I got bored and headed to the gate. The rains had cleared.

Boarding commenced via door one.

And since I was in the mini-cabin I got a great opportunity, being the first to board, for some front cabin photos.

I had not been a fan of the KLM World Business colors from pictures. Once on-board I thought the cabin was nice looking.

I chose to sit in the mini-cabin which is a single row of seats behind door 2.

Seats 6D/G in the center.

This is supposed to help flight attendants see into the back cabin during take-off and landing. Seems people sitting in 6D/G would hamper that view.

KLM uses the B/E Diamond seat that is very popular. United has these on their legacy Continental 777 and 767 as well as all 787s.

It's a great seat, except they aren't private. This is 6H with the privacy divider, which really doesn't do a whole lot. And you are pretty well exposed to the aisle.

The seat controls show these extend flat which on a 2 hour day flight I didn't attempt.

The one armrest not being shared with your neighbor can be lowered for a wider sleeping area, or just more room.

Power is up over your shoulder.

Tucked away next to your shoulder is a reading light that is best used when the seat is in bed mode.

Van Gogh I presume. I like the storage feature under the monitor.

Absorbed in an audiobook I unwrapped the headphones for photo purposes only.

And away they go.

Sitting in row 6 allowed a view of the galley. It seemed the crew was disorganized. Or maybe it was because of a crew change during the short stop in Singapore. Whatever it was, there was a lot of movement before the flight and once they were released from their jump seat after departure.

Being a short flight might have been part of the problem. When they got around to serving it was by cart  and "red or white"? But with a generous pour.

Then basically chicken or beef?

Fresh and tasty. However in retrospect the miso dressing might have been left stranded in Singapore.

And a klapertart, which was good except the meringue was very stiff but maybe it is supposed to be.

Coffee rounded out the festivities.

Upon arrival a tray of Delft Blue houses was presented with instructions to take one home. I wasn't prepared thinking they wouldn't pass them out on this short flight. But they did. I took #52. It's interesting they've been passing these out since the 1950s. With all the cost cutting that has gone on with every airlines over the years I commend KLM for sticking with this policy. Plus these small figurines are sturdy and while not heavy still weigh something. Each aircraft lugging around 50-100 of these things increases weight and fuel burn. Kudo's KLM.

They even have an app where you can keep track of your houses!

And a couple of Alliance liveries. First oneworld on a JAL 777 headed to Haneda.

For more information on ratings and an excellent inexpensive way to fly this route visit rewardflying.com 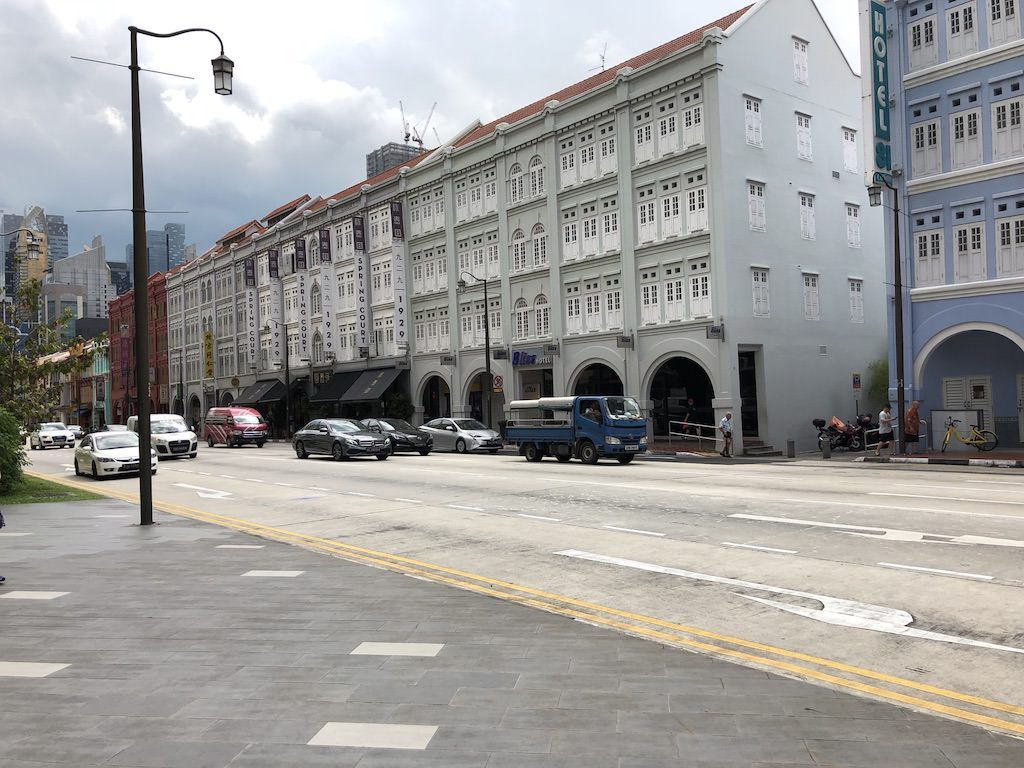 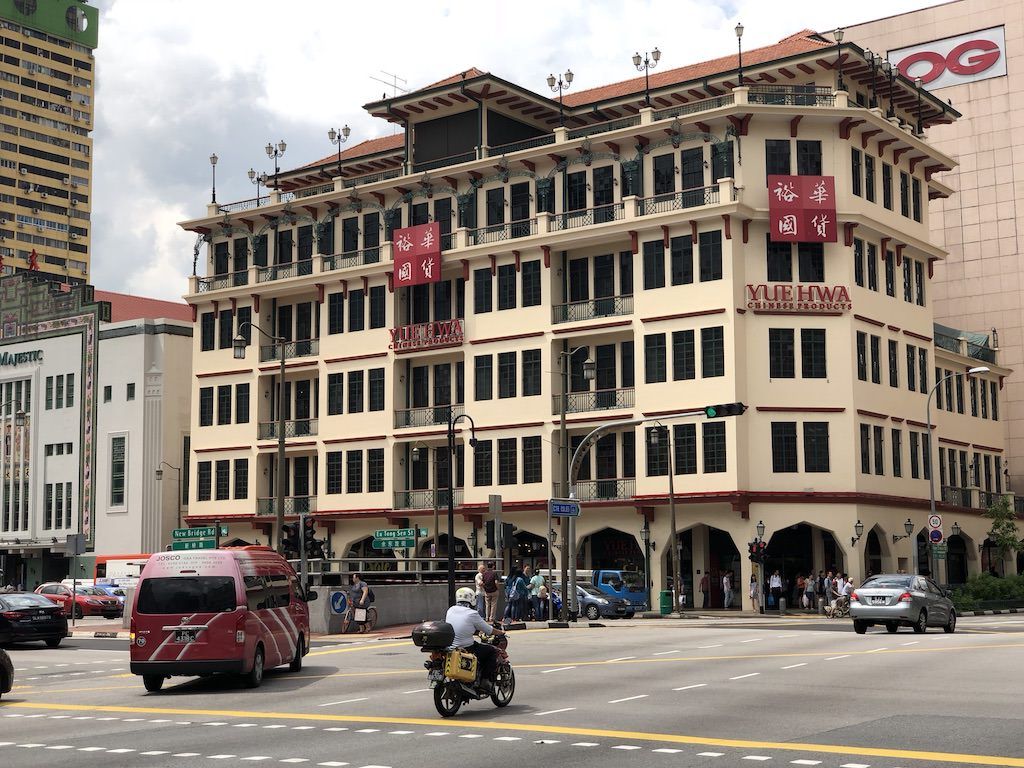 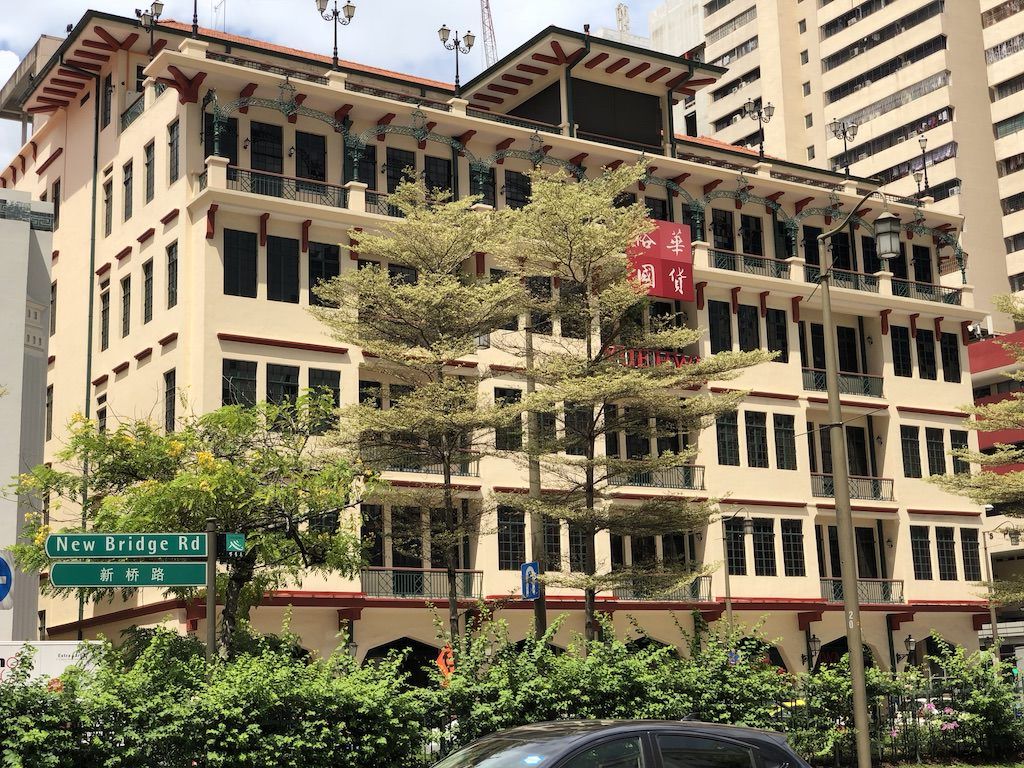 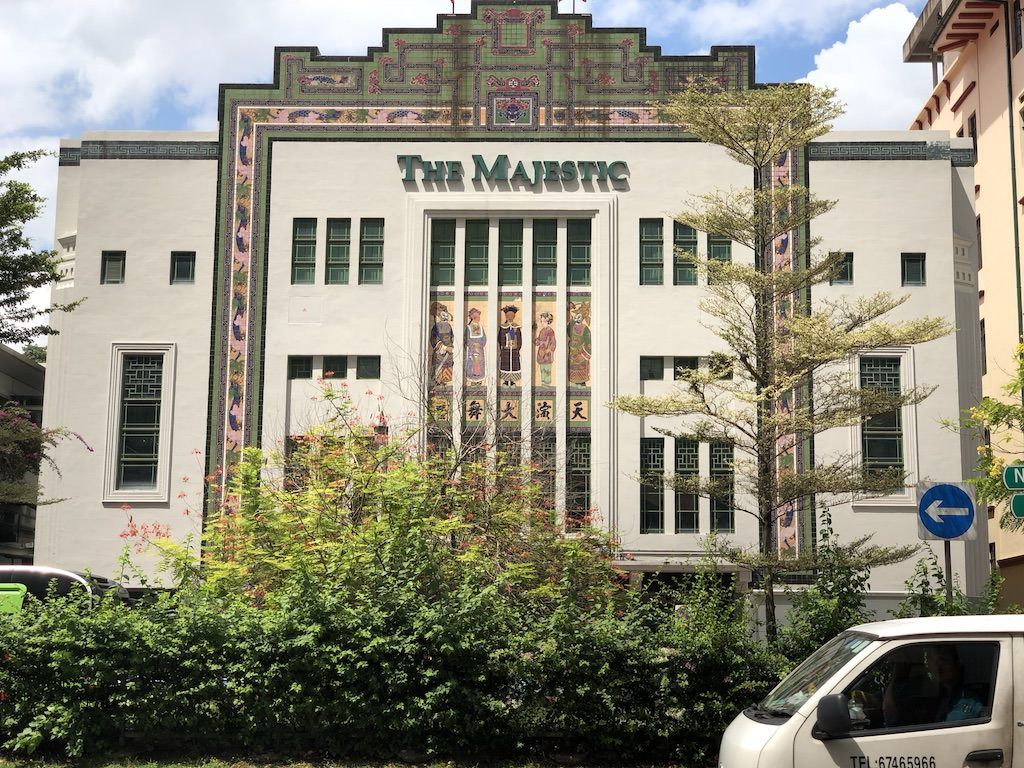 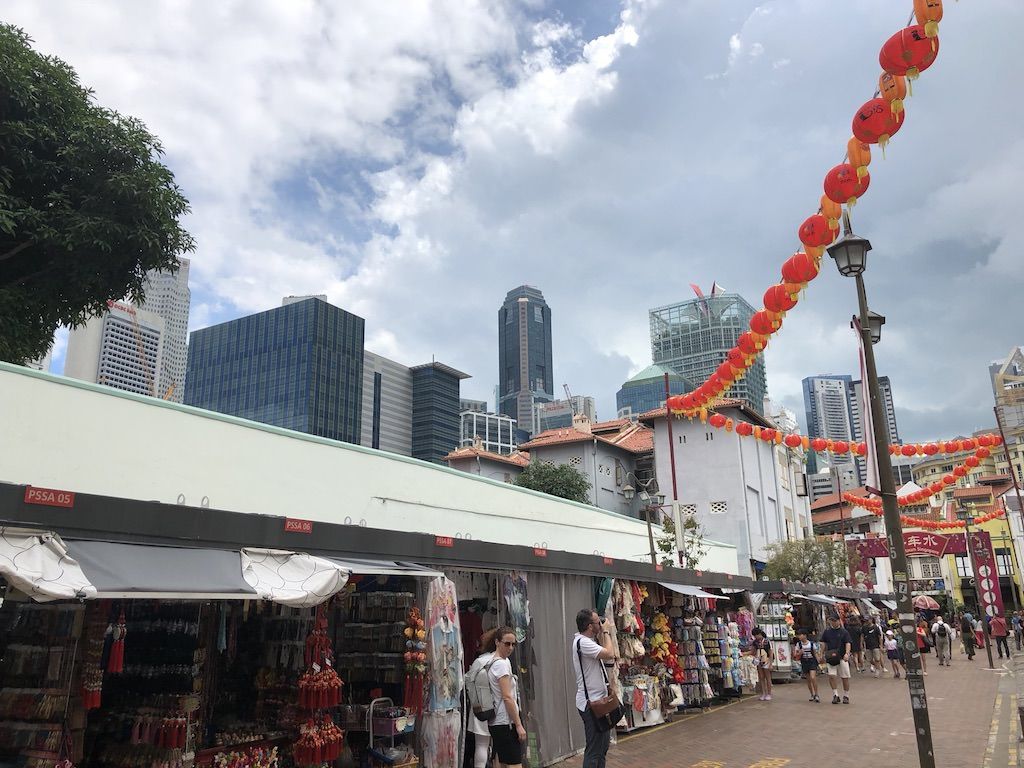 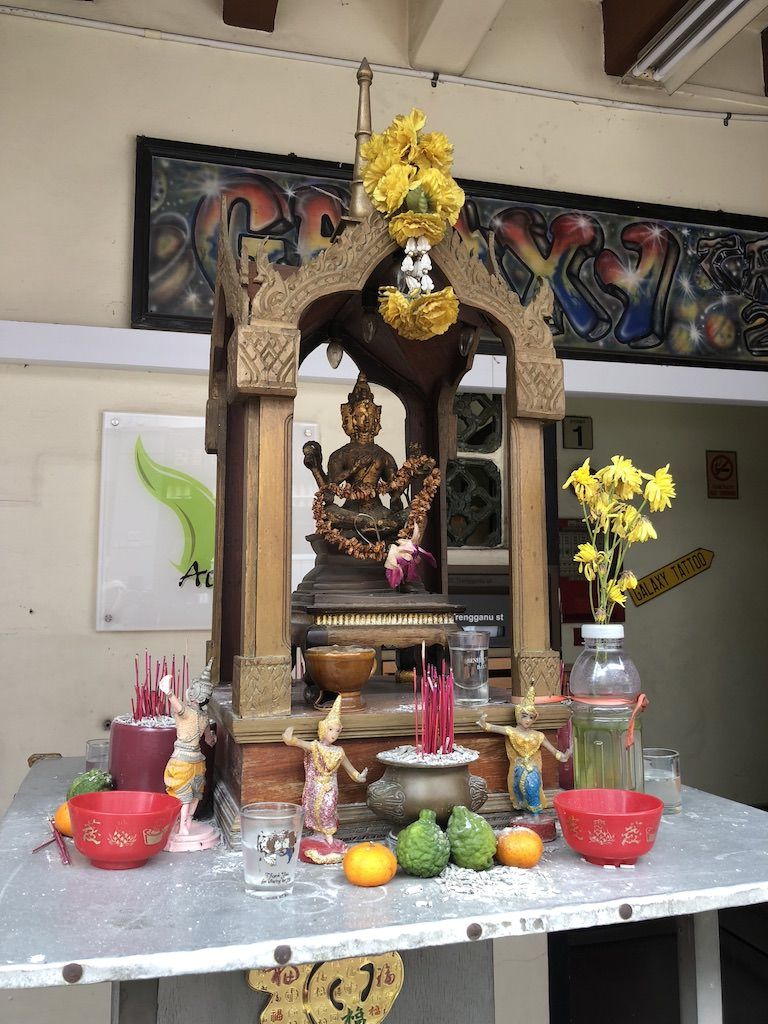 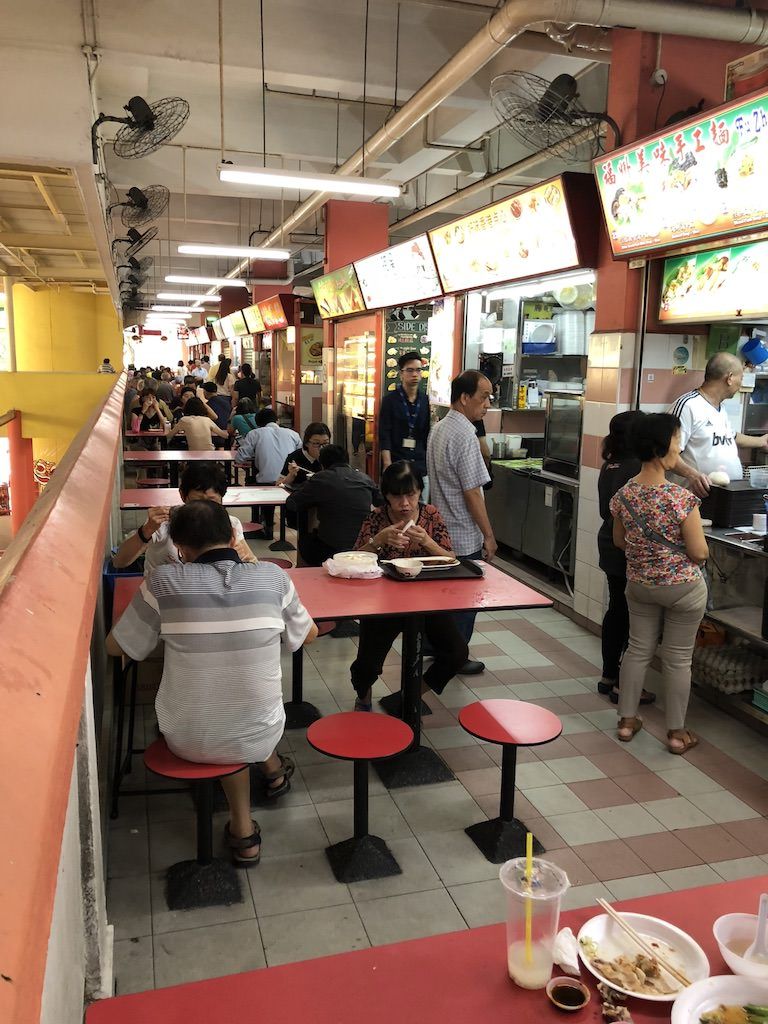 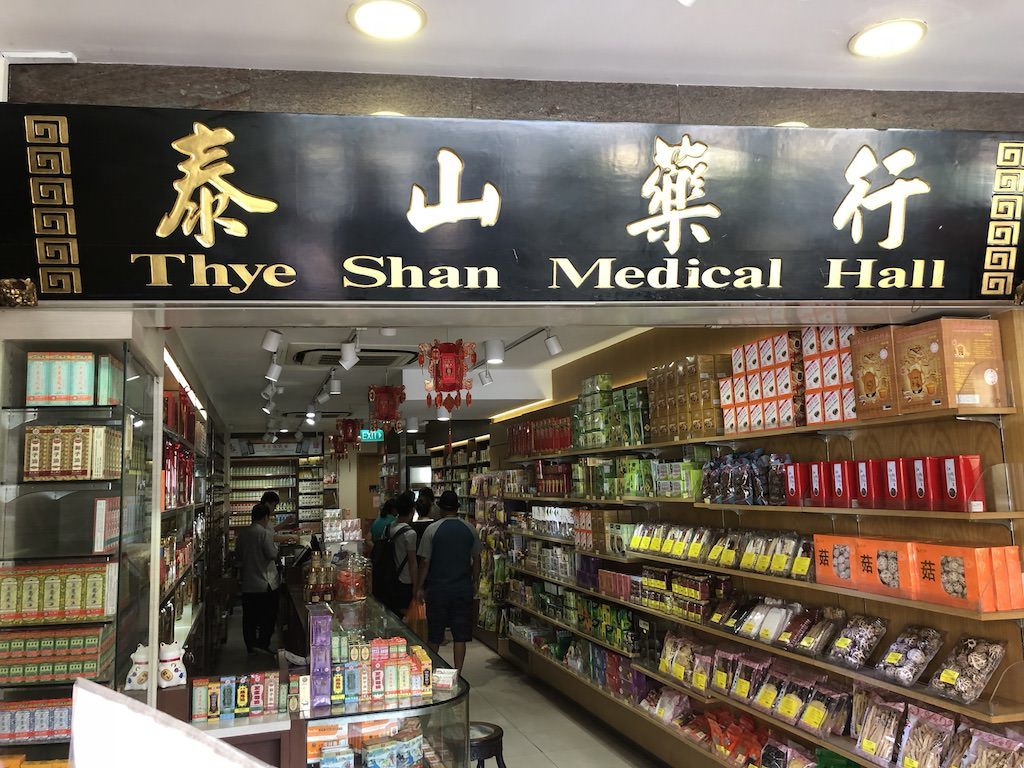 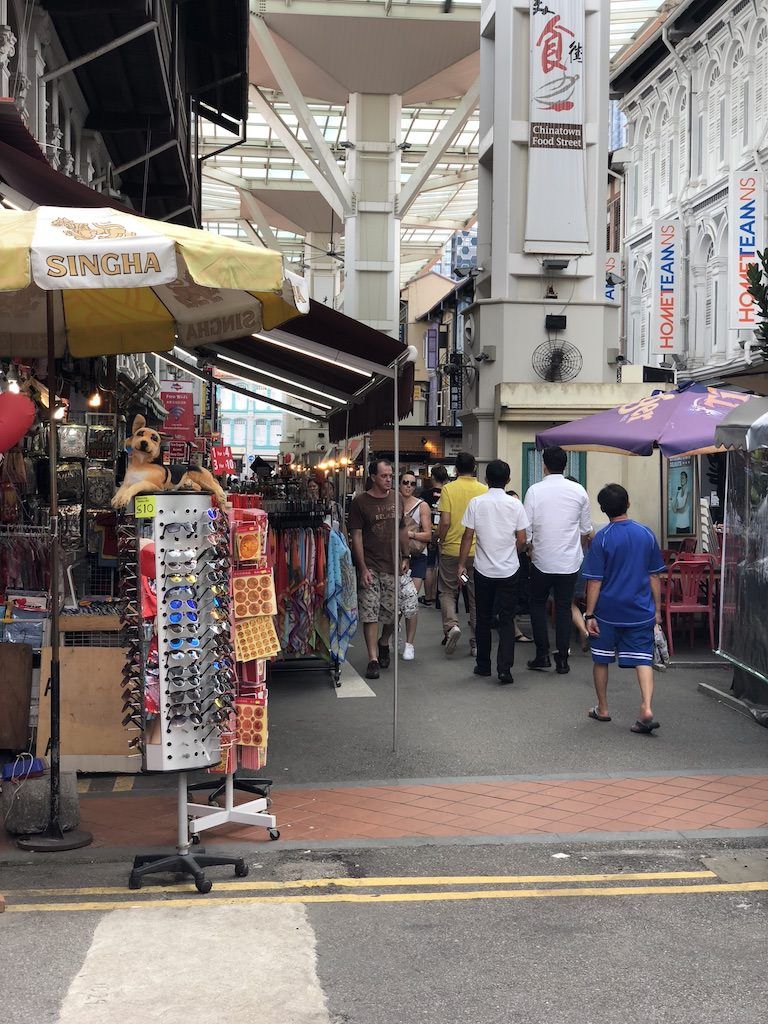 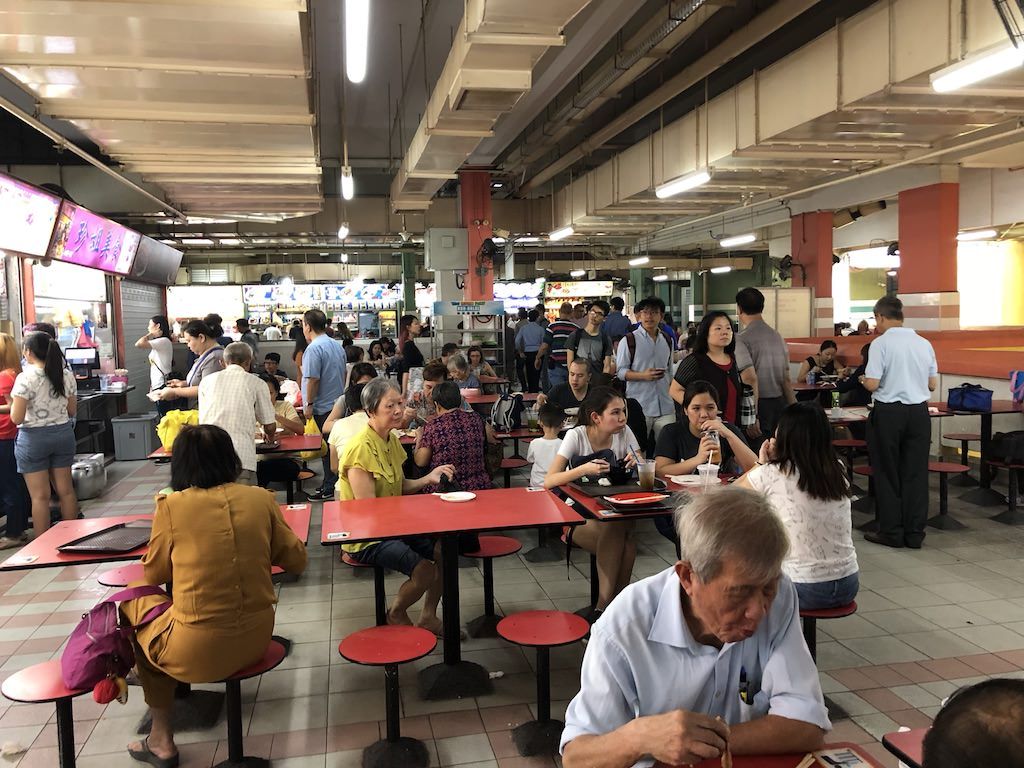 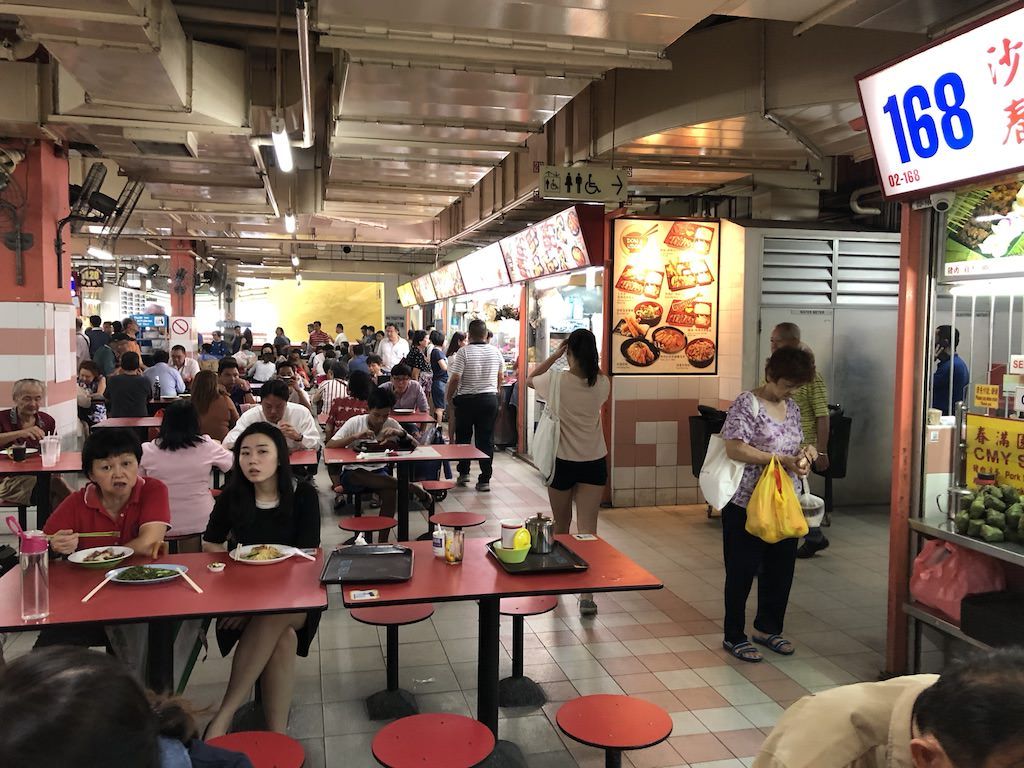 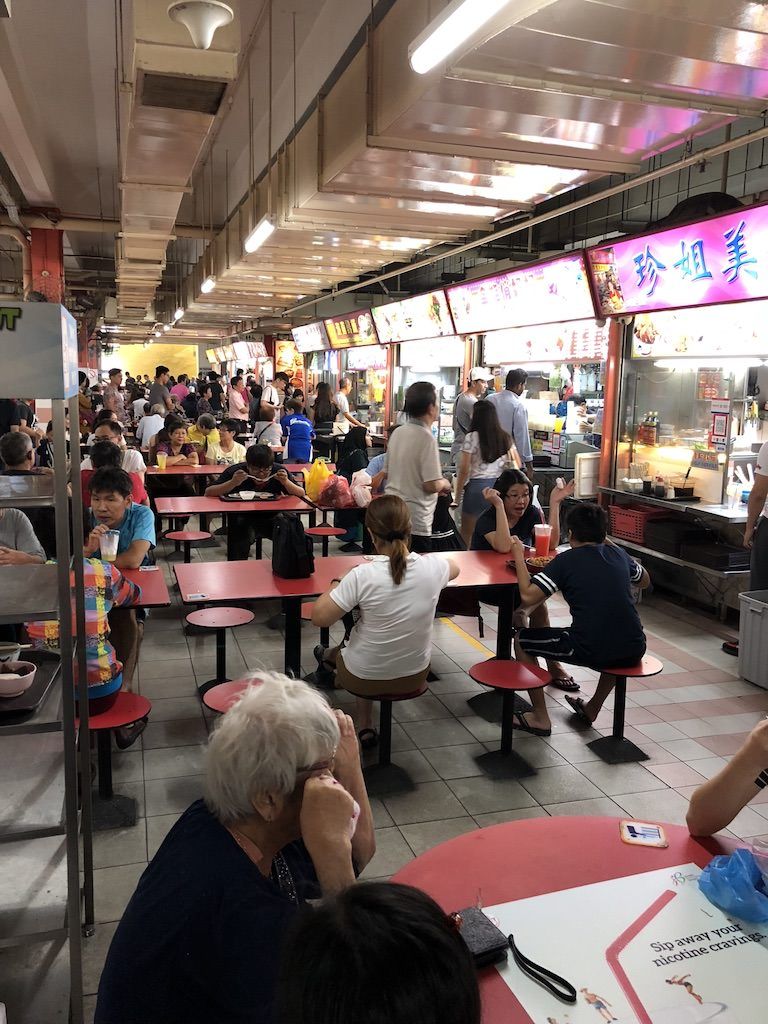 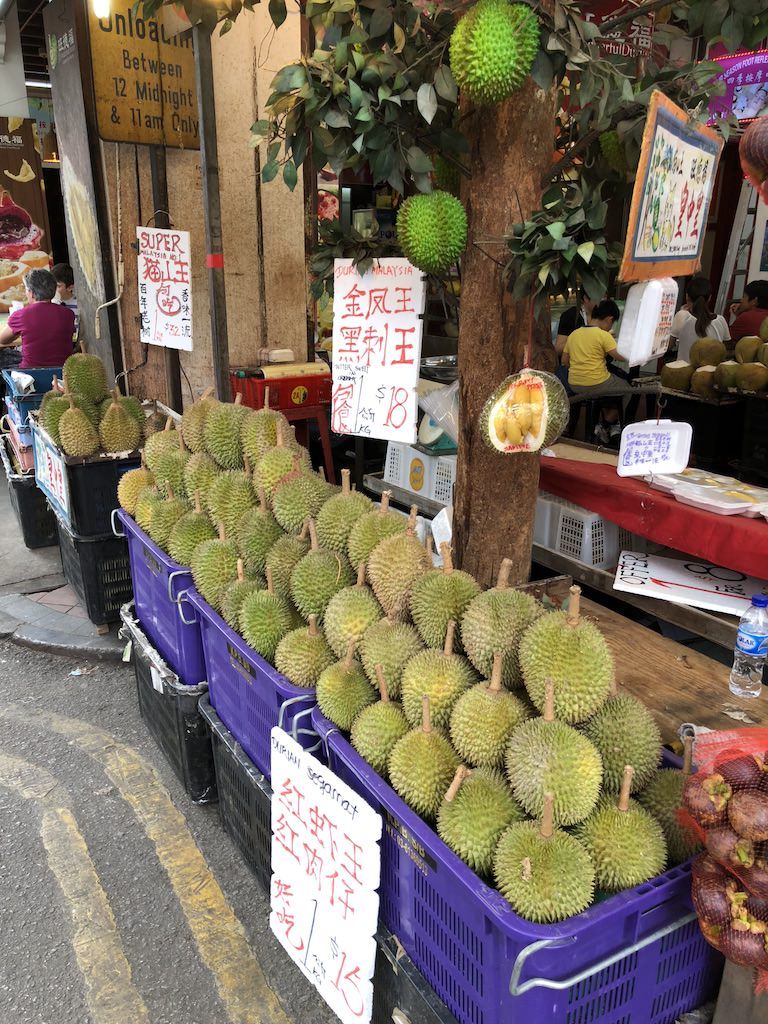 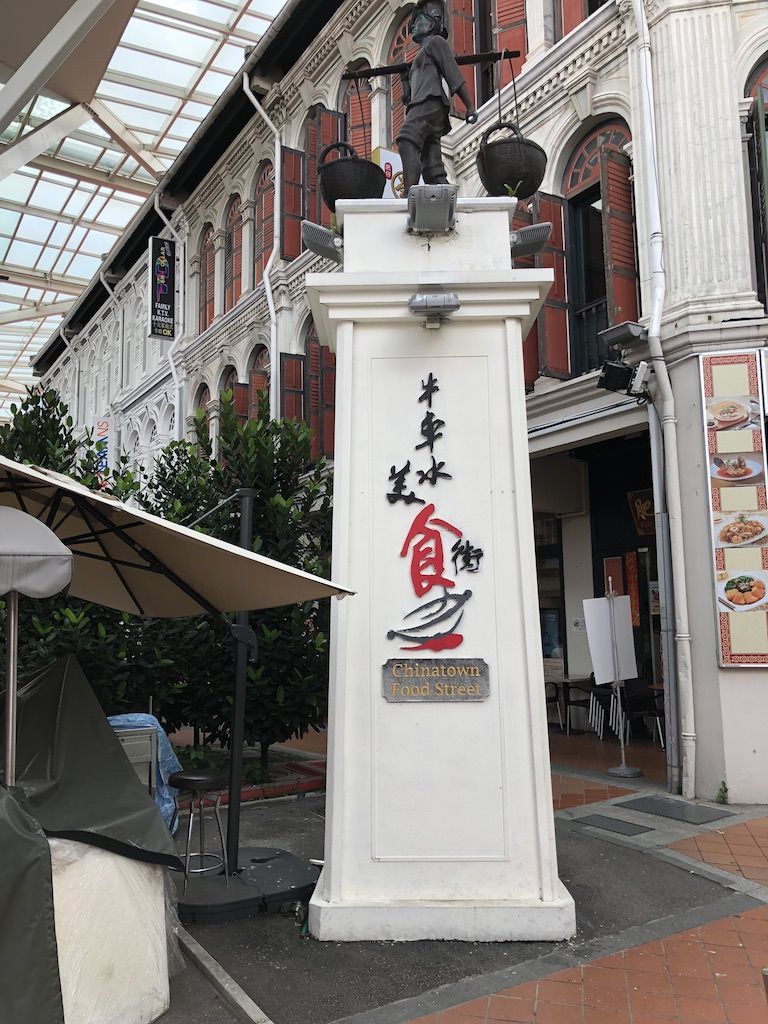 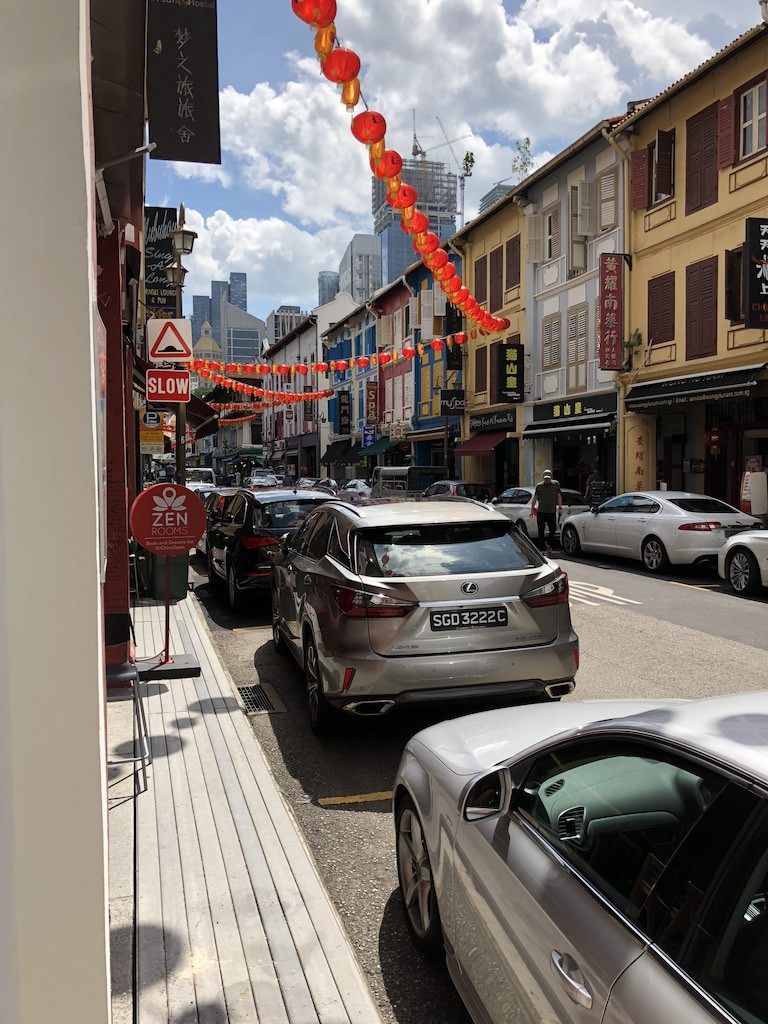 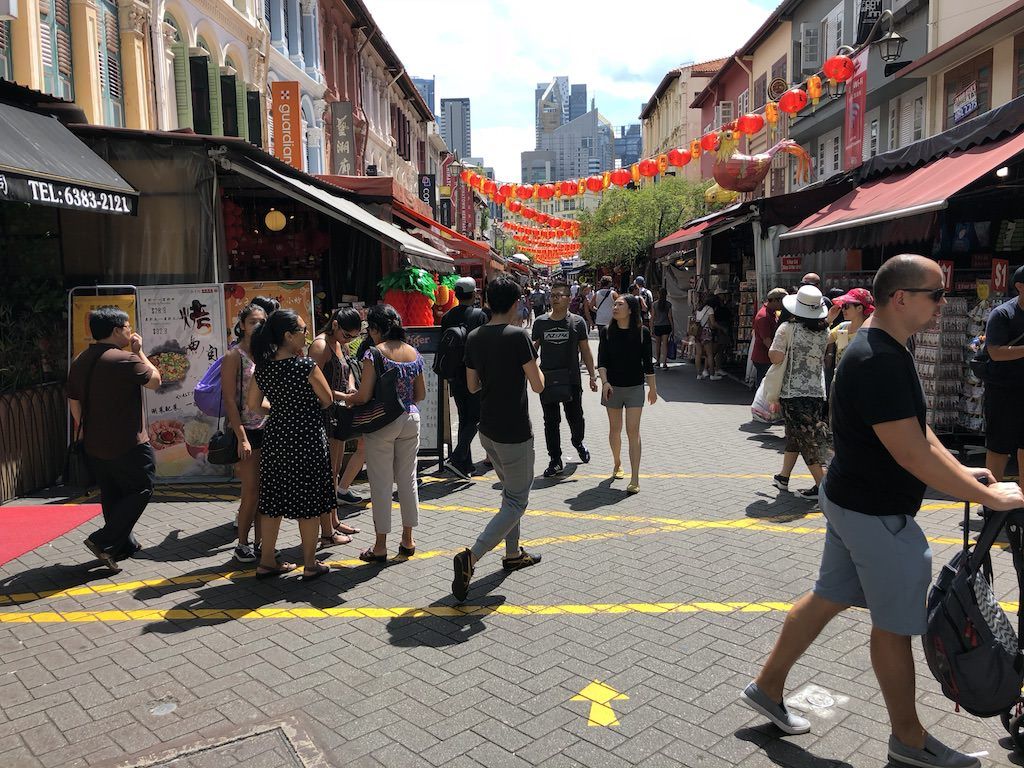 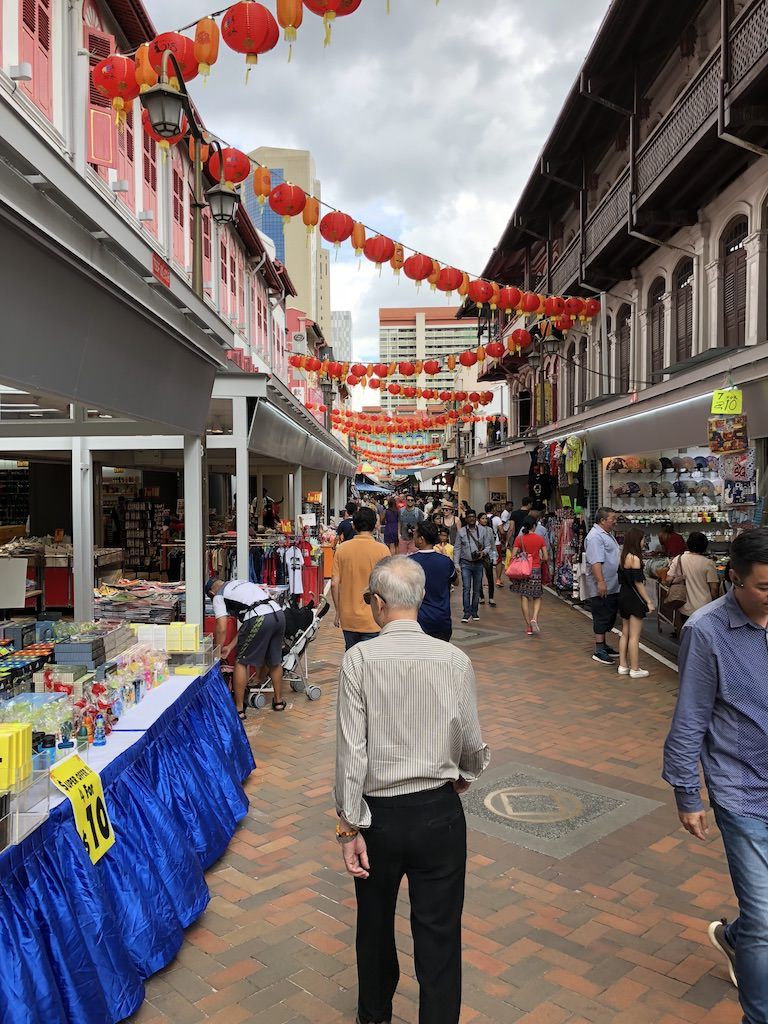 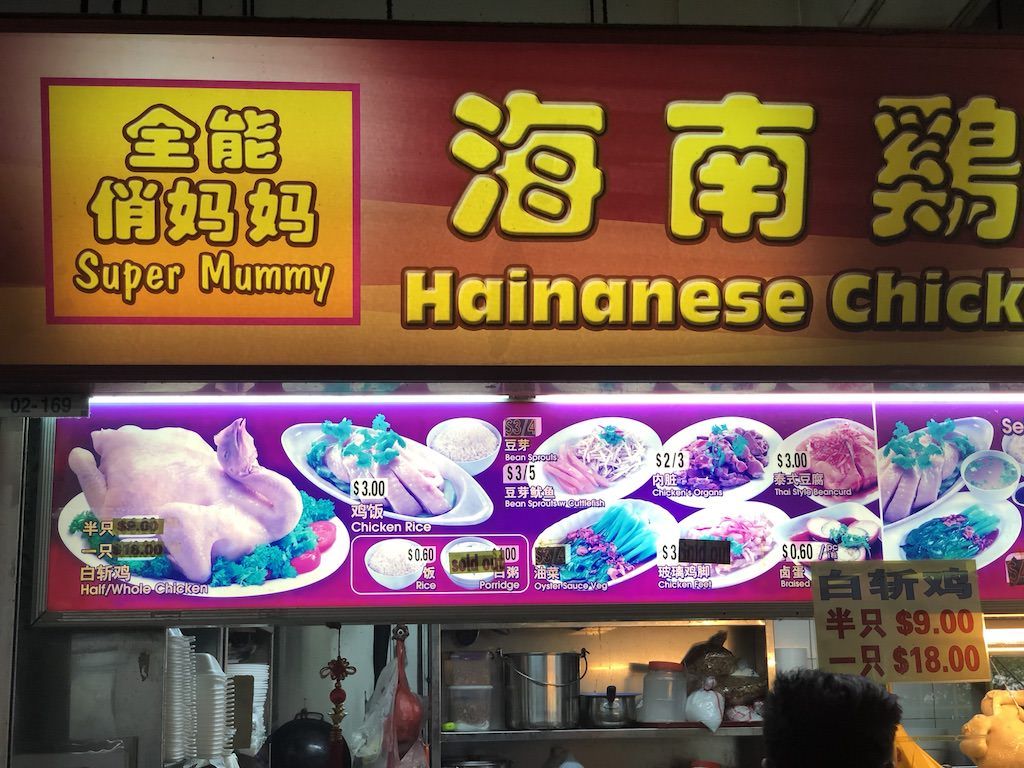 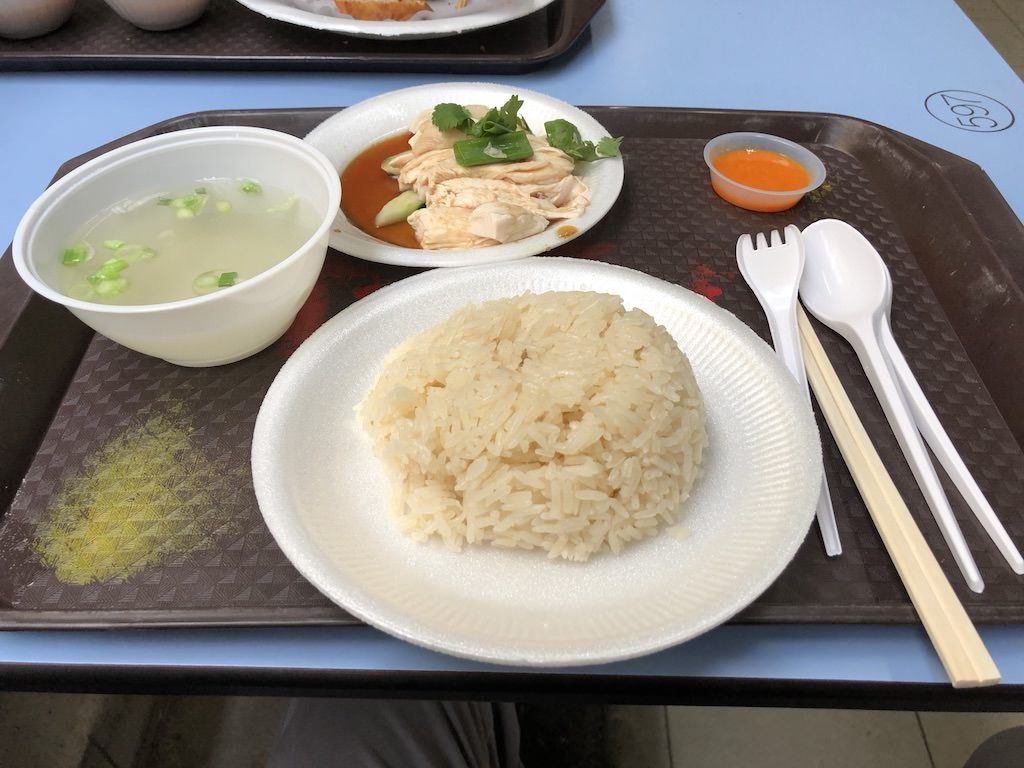 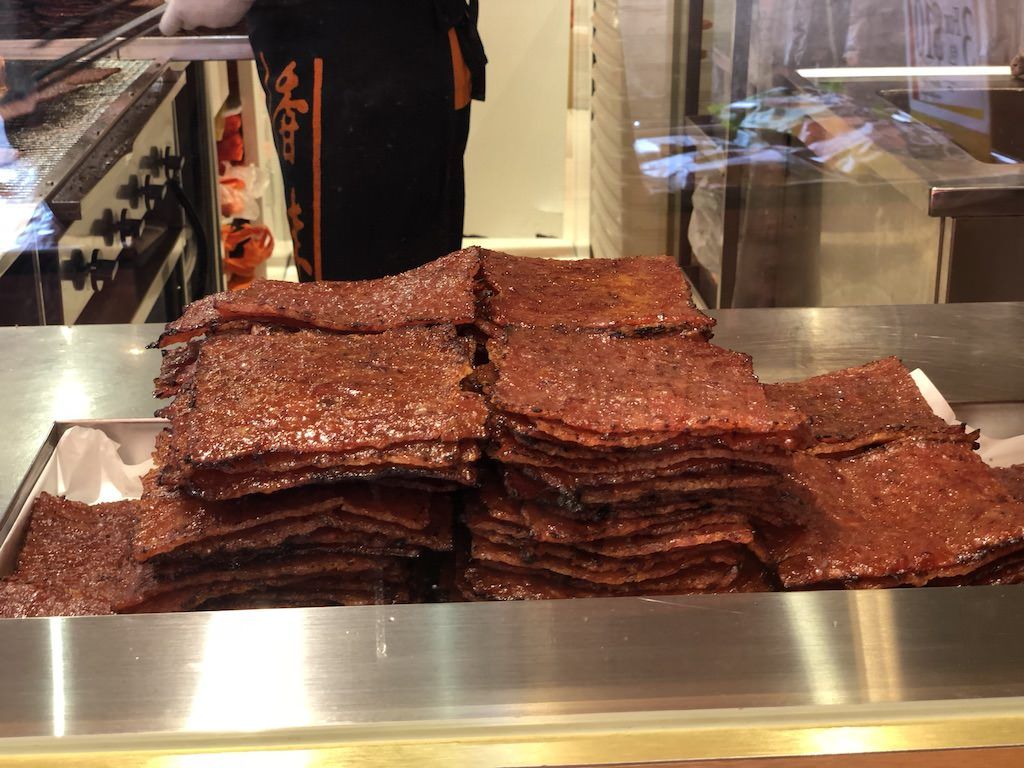 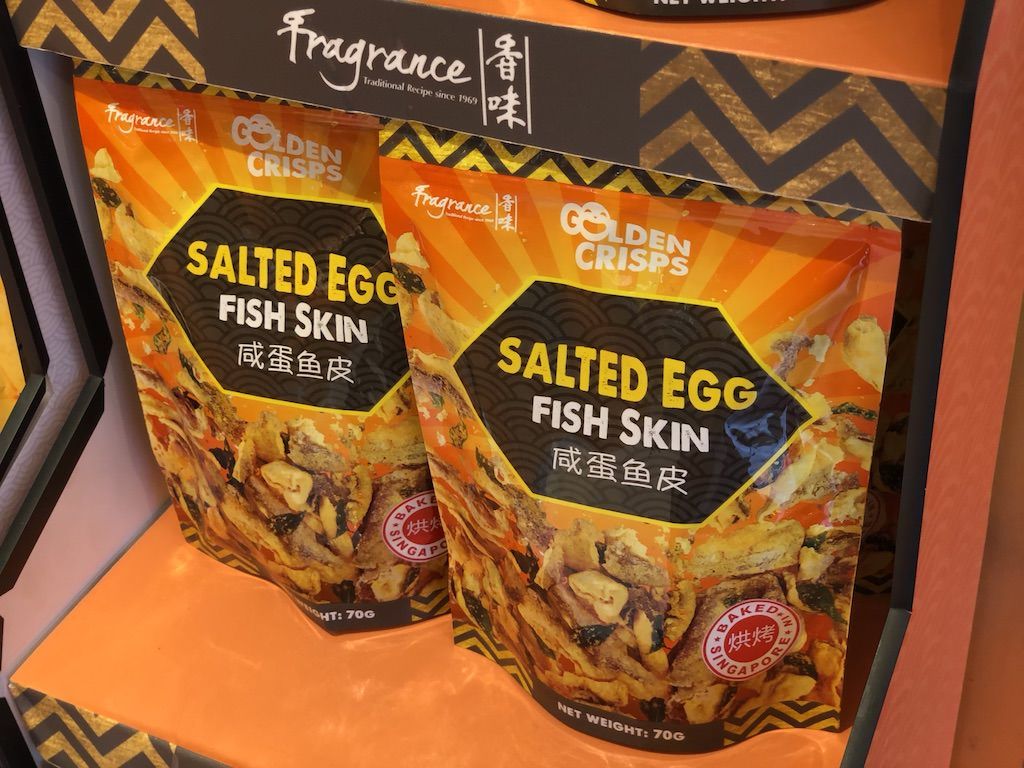 Despite what appears to be a low rating (for me 5 is average) in my book it was as good as you could get from SIN-DPS. Anytime you can get a 777-300 with lie flat seats on a 2 hour trip, that in itself is pretty darn good. (SQ flies A330 with their regional business class seats that are nice as well.) Add in the food was good and the price was really good made for a really enjoyable flight. I'm anxious to fly KLM long haul.

The contributors of Flight-Report published 36 reviews of 8 airlines on the route Singapore (SIN) → Denpasar (DPS).