#39 out of 80 Airlines A minimum of 10 flight-reports within the past two years is required to appear in the rankings. 761 reviews 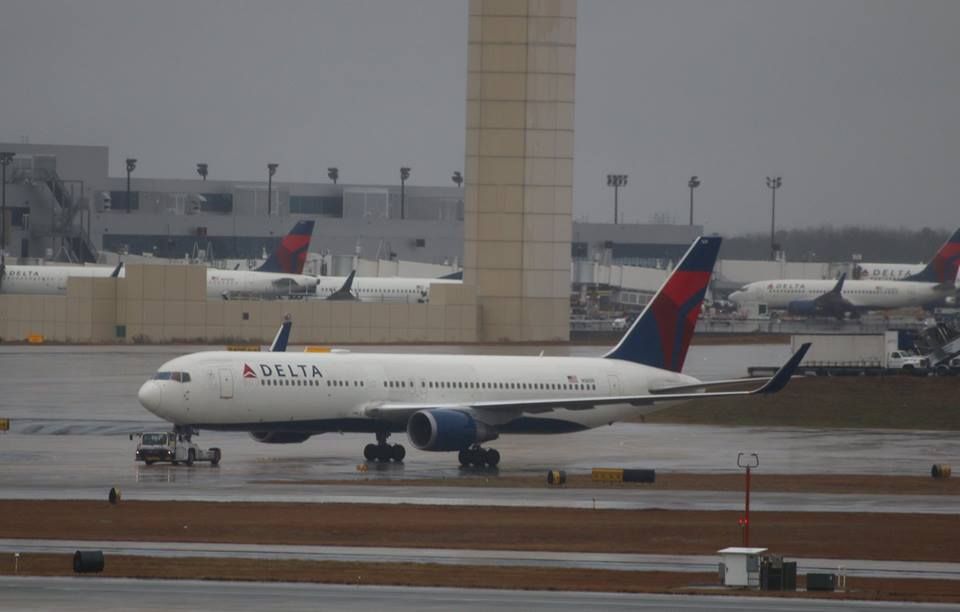 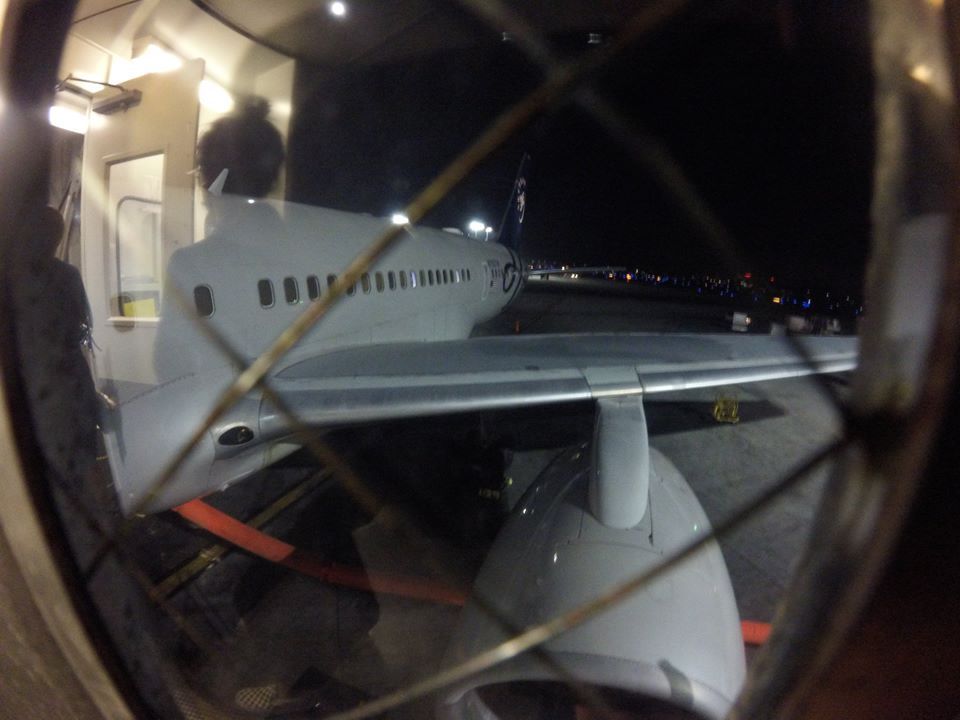 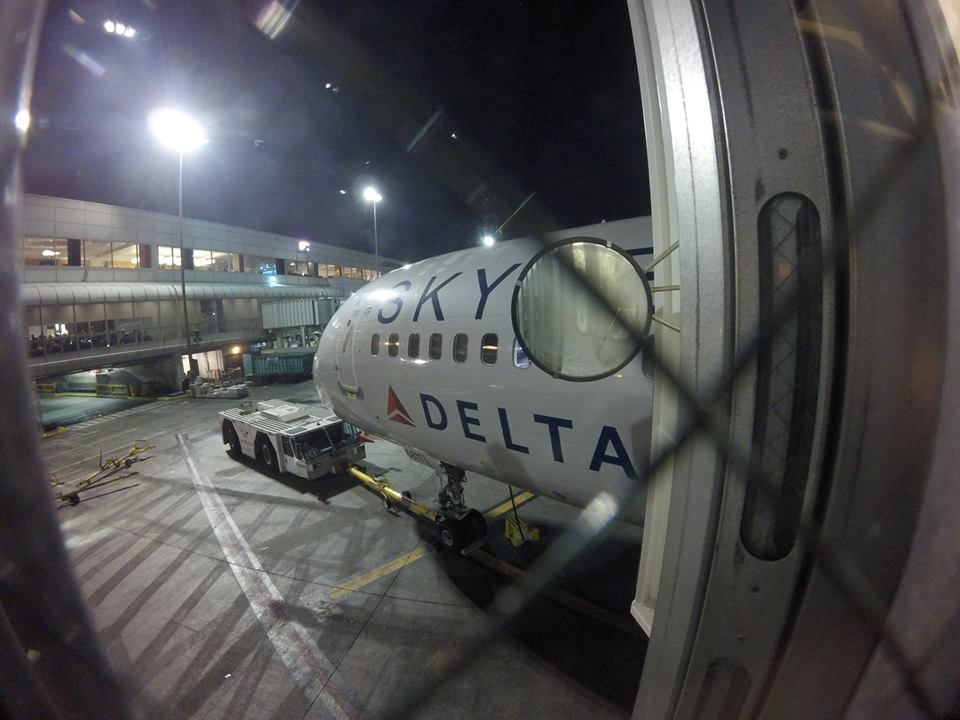 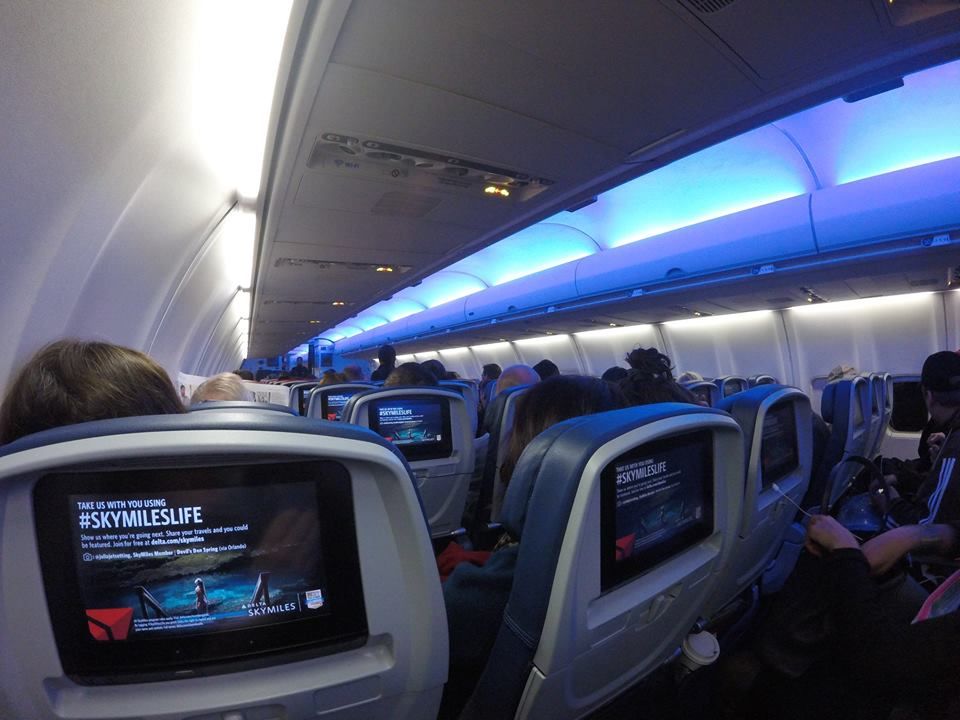 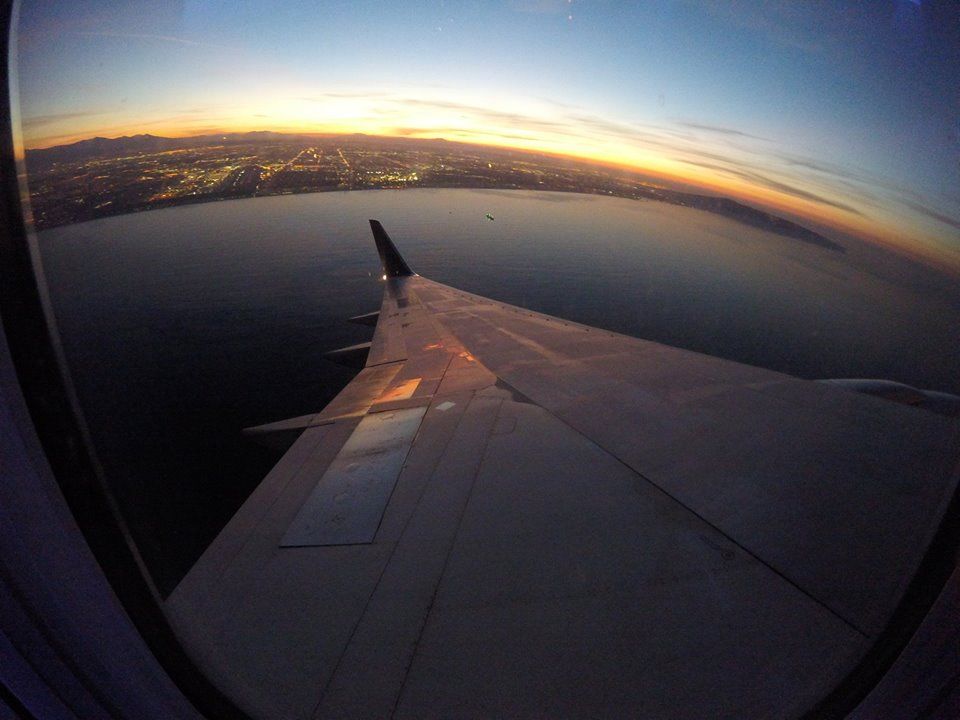 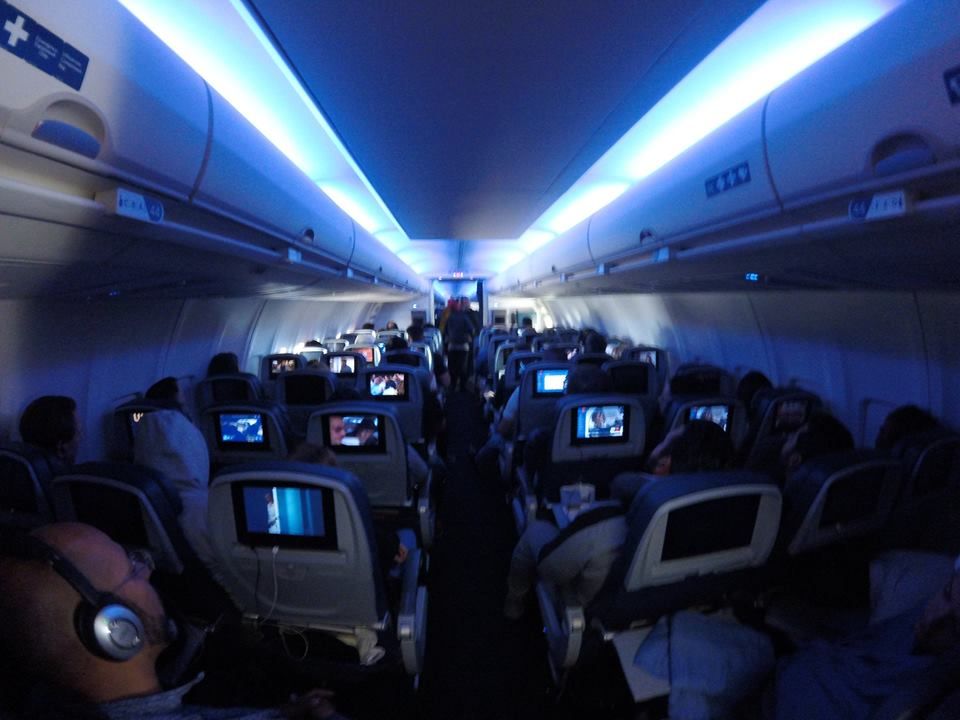 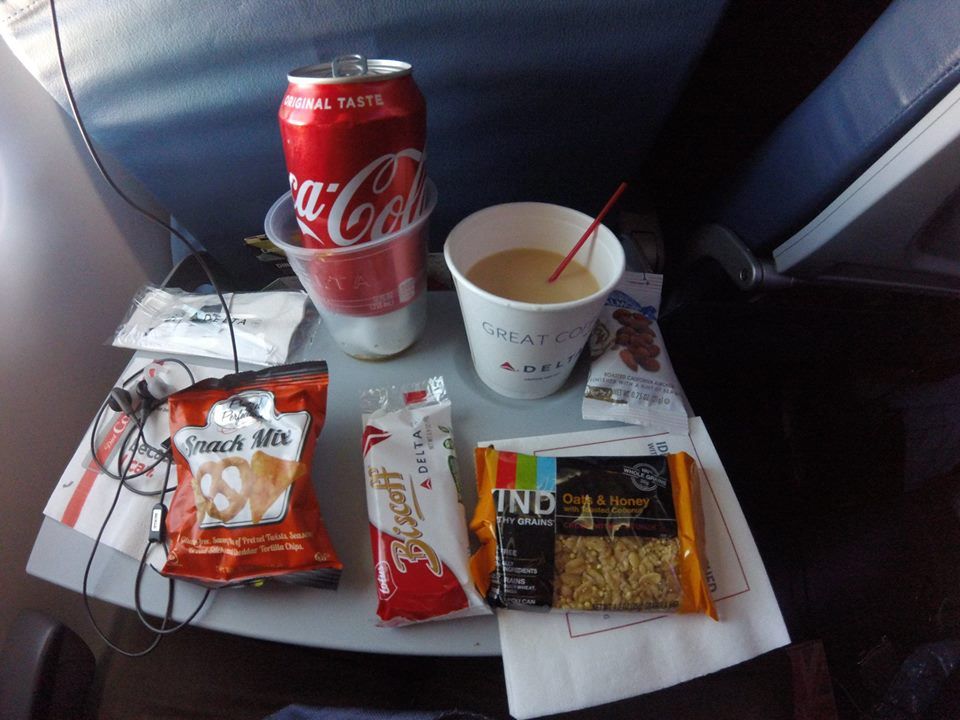 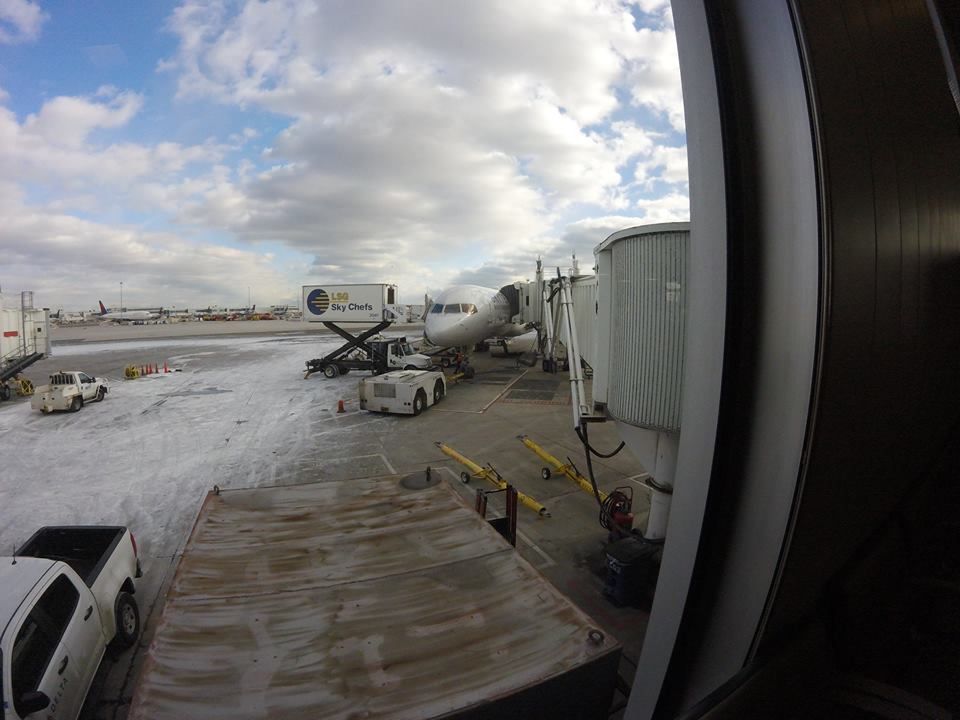 N1888DN would operate my flight for this trip! As of the time of writing this is my personal longest 767 flight and also my only Trans-Atlantic crossing on a US Airline. 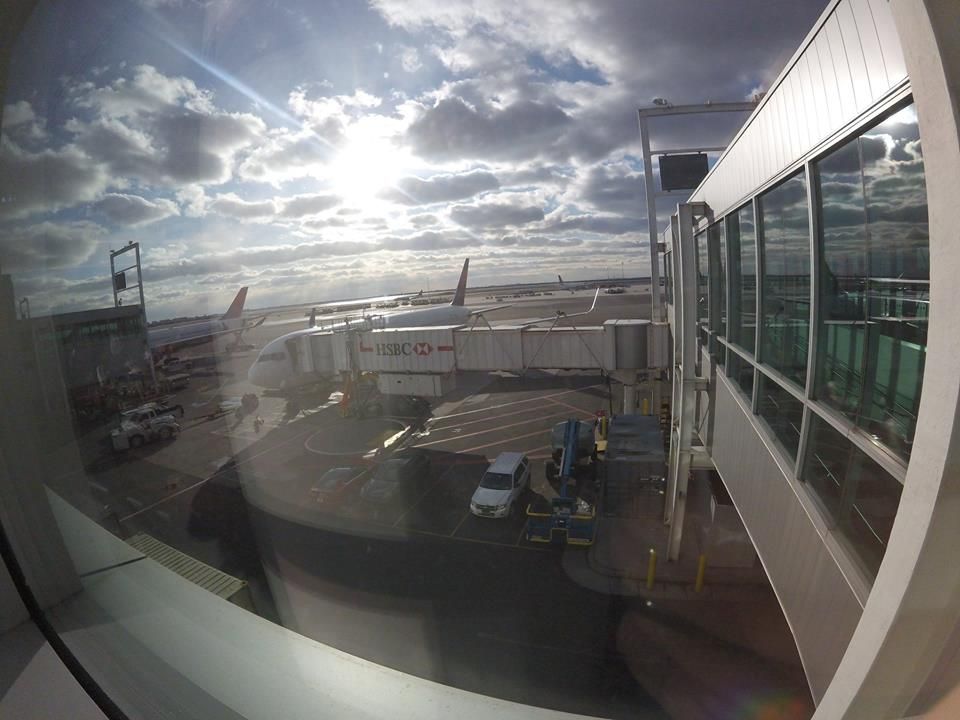 Getting on the plane, I took my seat near the back of the wing but around mid-way in the jets cabin. 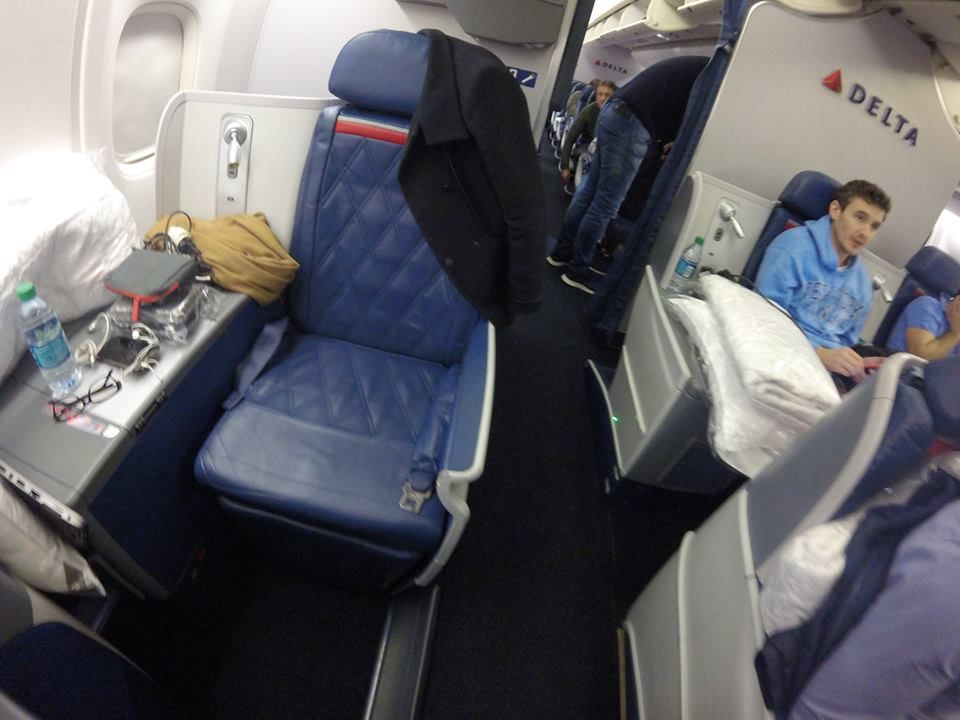 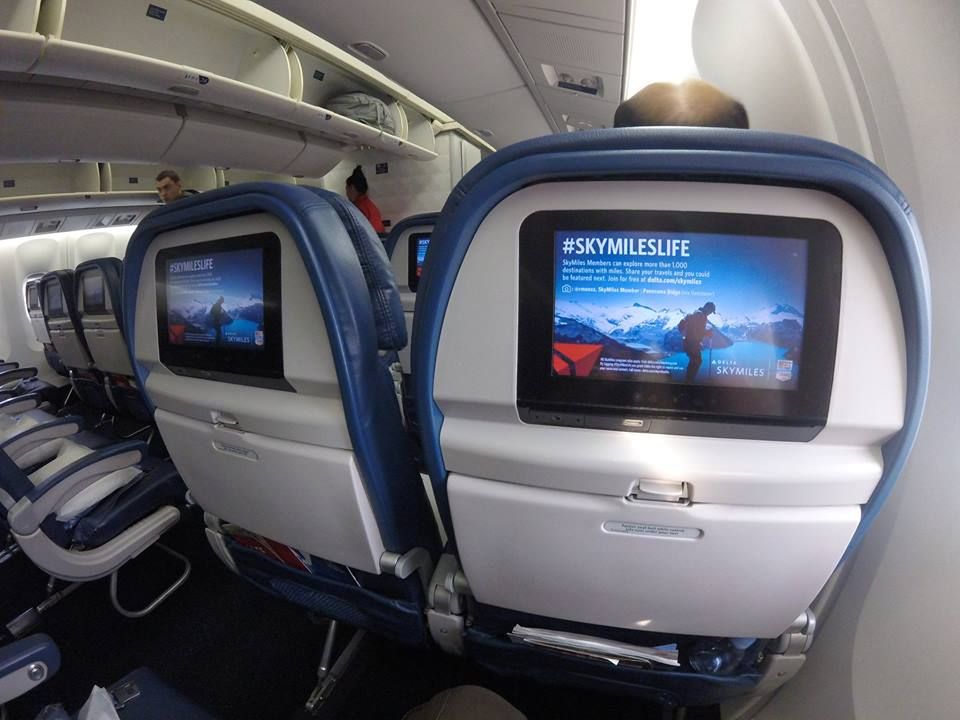 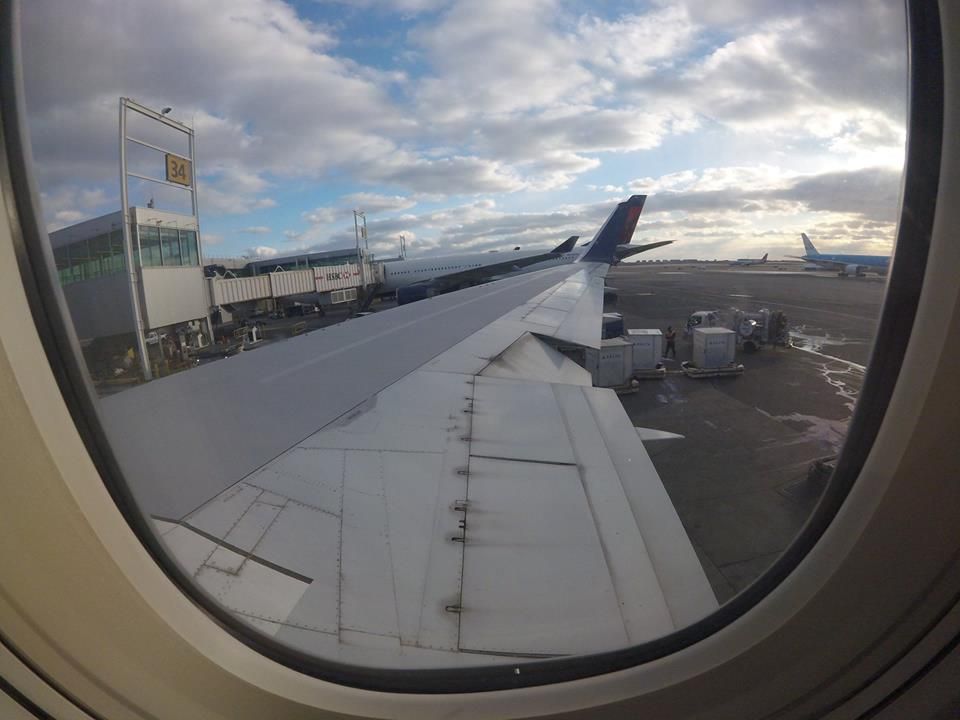 The flight was probably a good half full but Row 26 was pretty empty and I ended up with both seats (F & G) free for my pleasure! 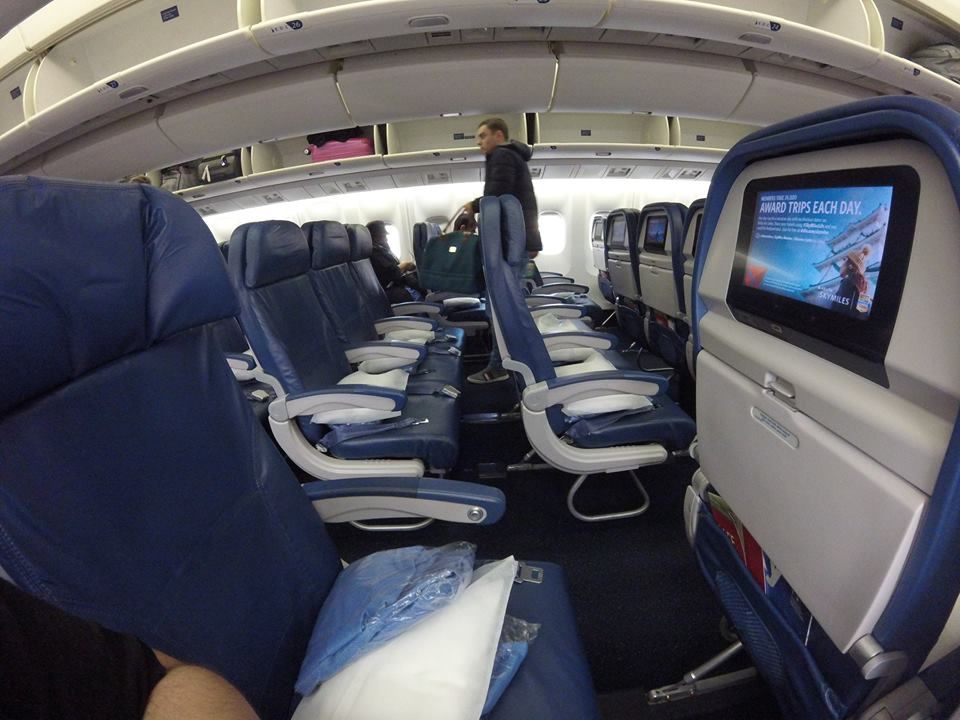 The legroom was quite generous on the DL 767, pretty similar to the DL 757 I had flown on hours earlier.

We pushed back on time but then had to wait in a VERY long line at JFK as it was the peak time for all the European "Red-Eye" flights to go out!

After a half hour wait that I spent watching part of the 2016 film "American Made", we finally got given the all clear to leave New York and flying into the sunset towards Amsterdam! 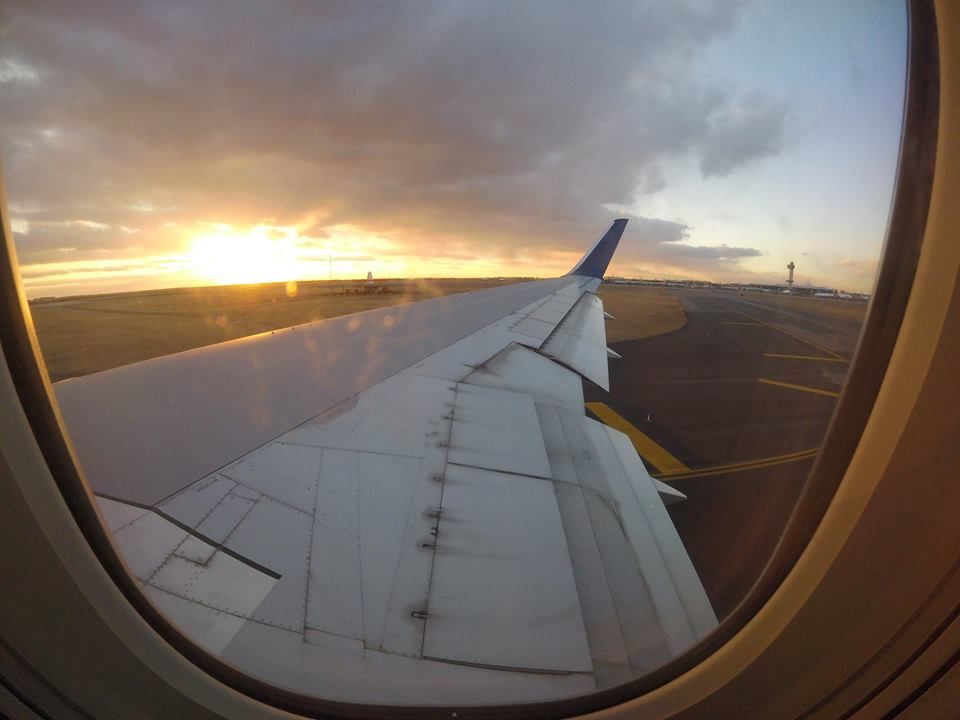 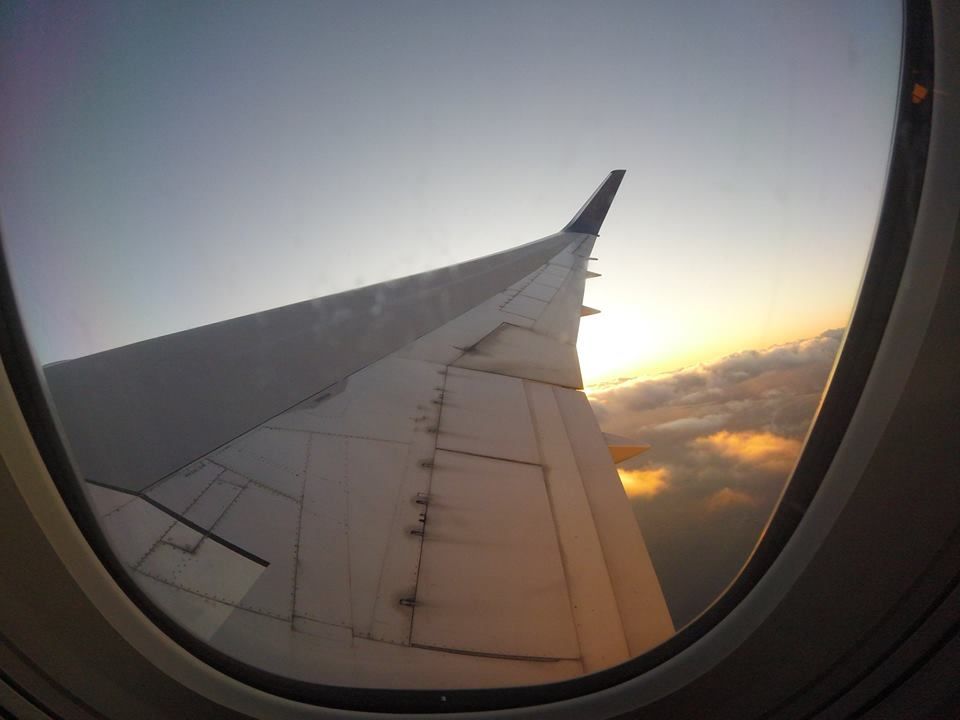 The initial drink/snack service was done right away along with a hot-towel. 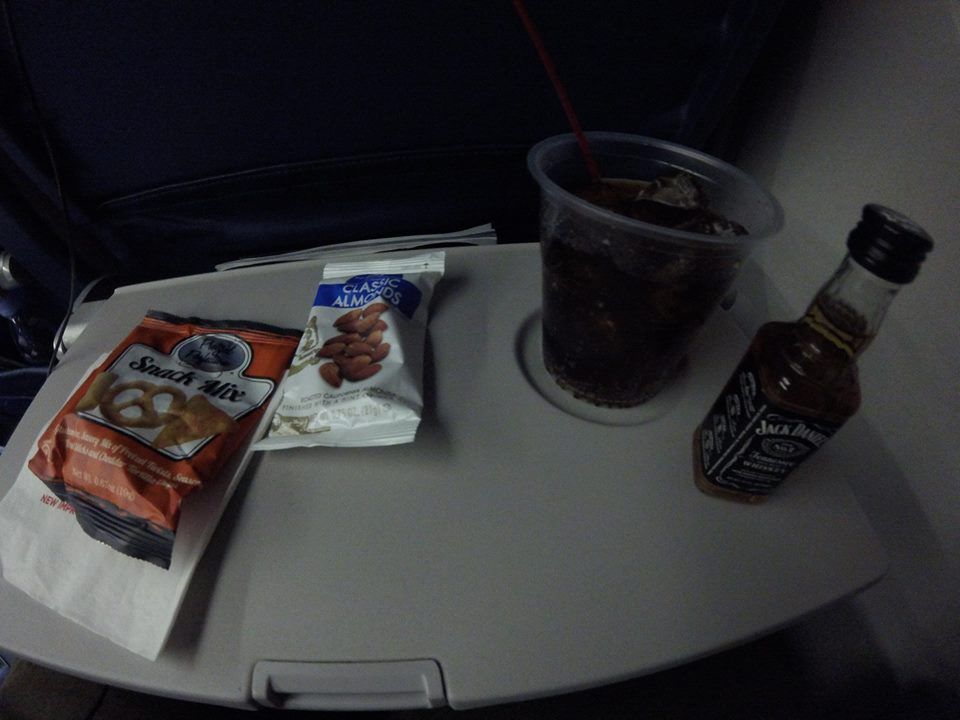 An hour or so after take off and passing Newfoundland, the cabin crew delivered the main meal service for the flight. I chose the pasta dish this time. 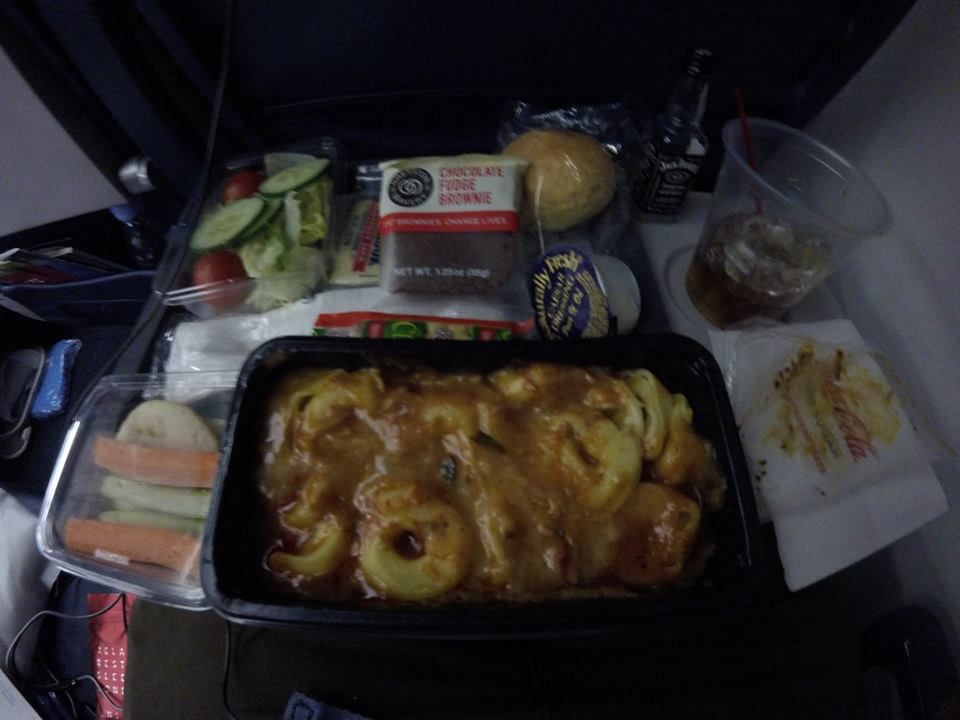 The flight was in pitch black darkness from about 2 hours into the flight until we landed so I spent most of the remaining 5 1/2 hours watching films, trying to nap a bit. 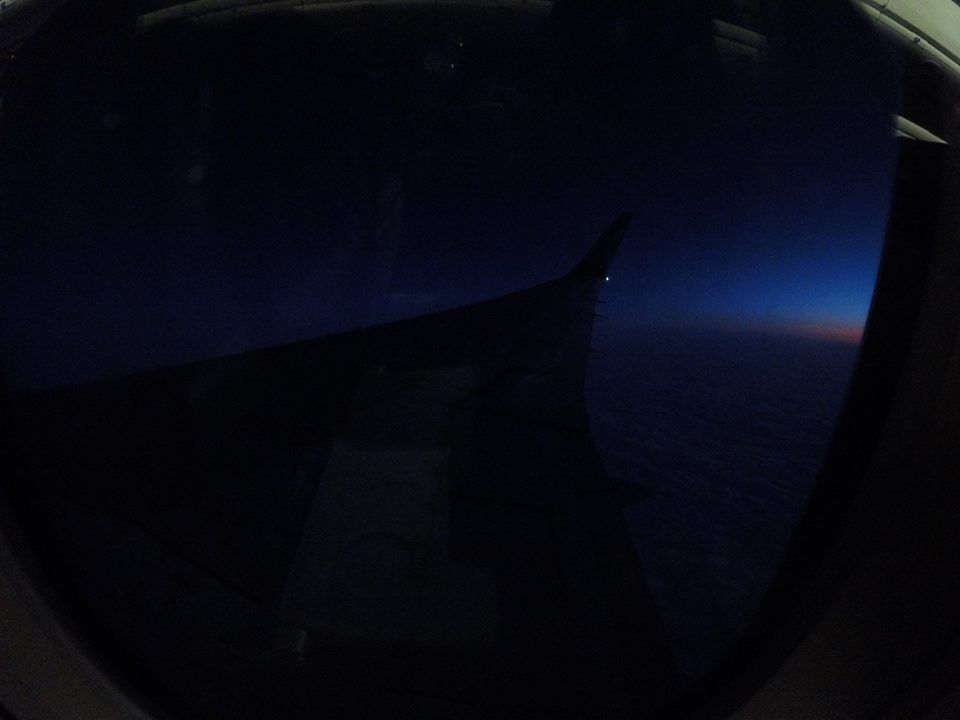 However as the crew had retreated to the galley for a bit, I took the time for some darkened cabin pictures without them seeing me or getting accidentally in the way. 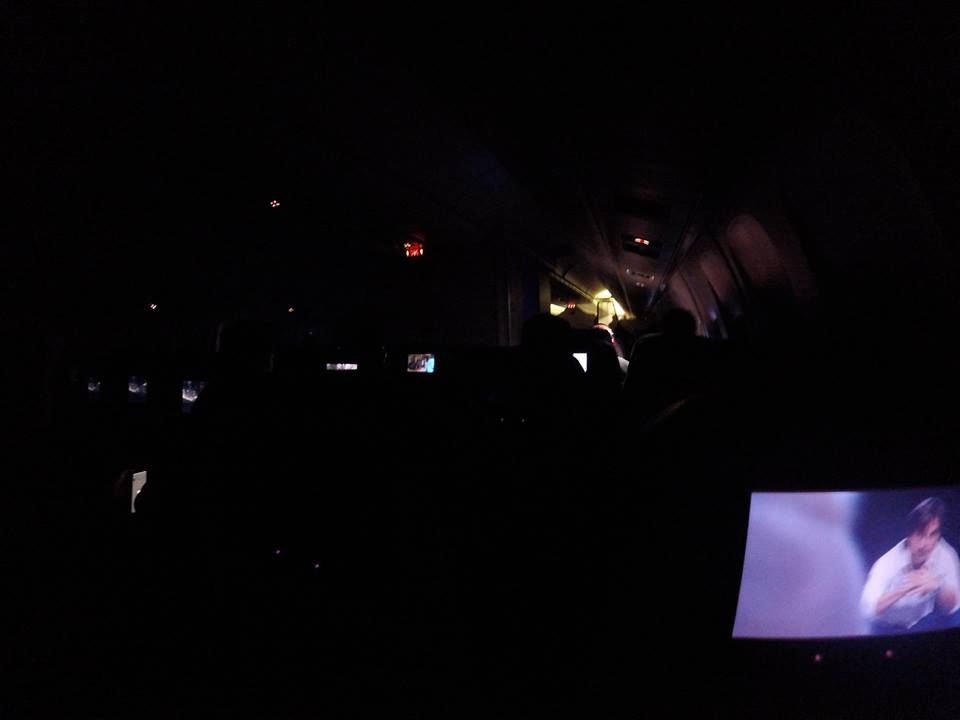 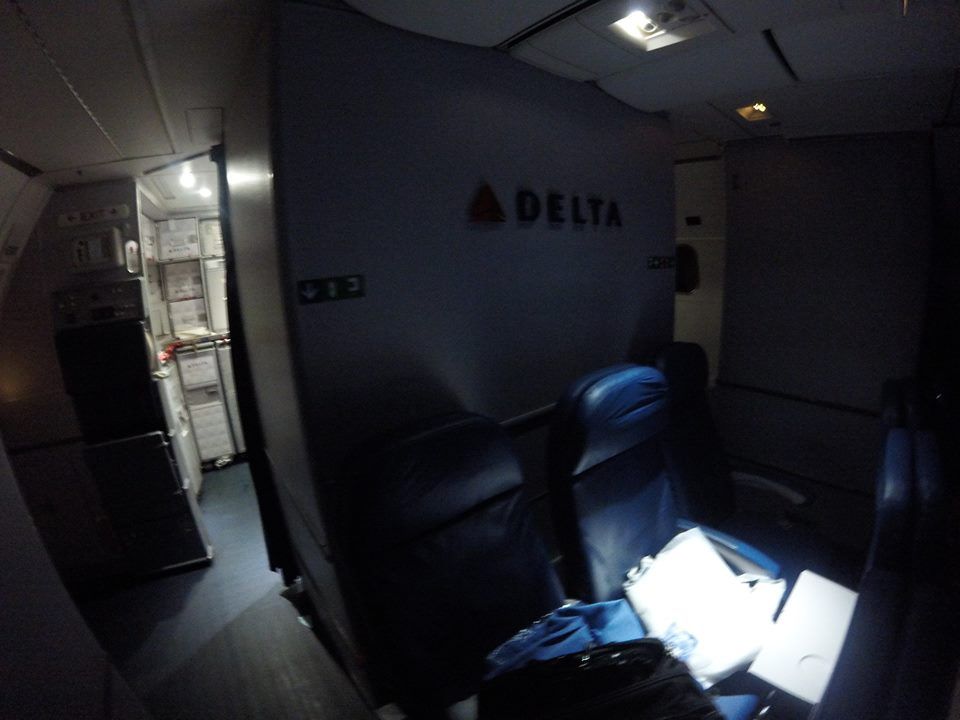 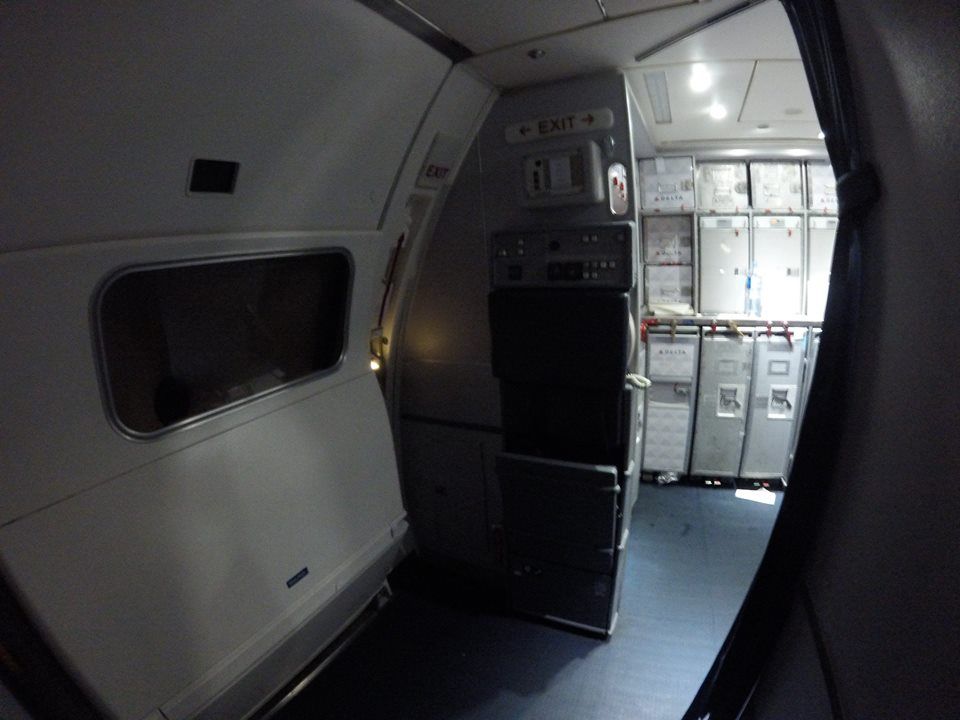 *I do stress that I don't ever deliberately take pictures of other passengers or any crew members without permission or intent, I am only interesting in the plane*

I spoke to a few cabin crew for a bit at the back as it gave me an opportunity to stretch & move my legs around before going back to my seat.

As we approached Ireland & UK the cabin crew began to serve the breakfast service at 04:30am GMT. We had a good 90 minutes left of the flight at this time I think? 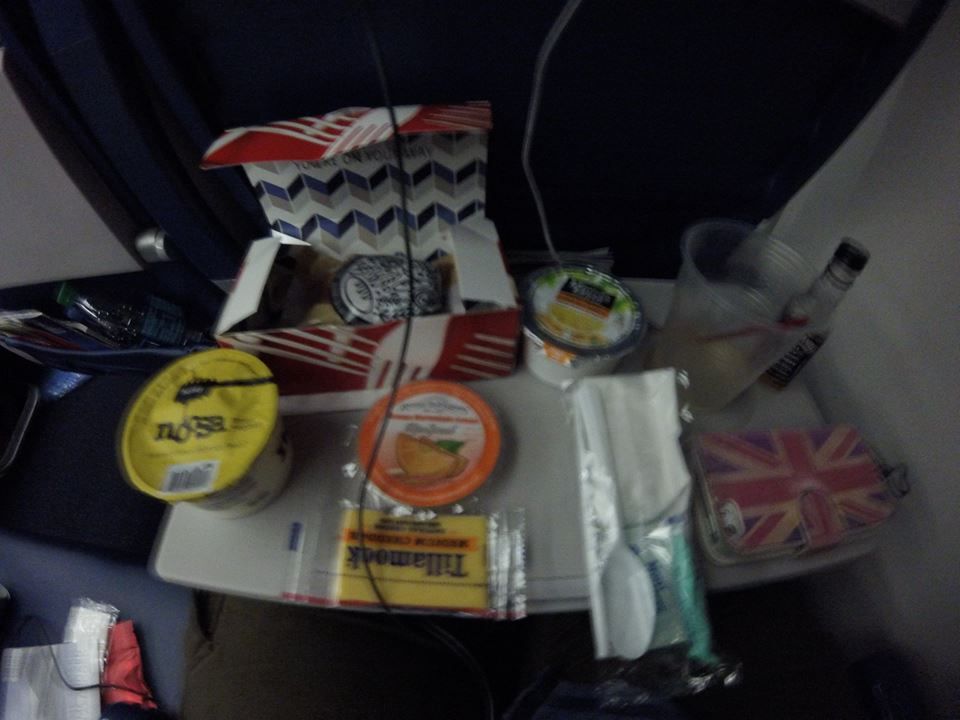 The approach into AMS was in total darkness so not a lot of opportunity to get photos and the film is as best as my trusty GoPro can do. But we arrived ahead of schedule!

The day was now February 3rd 2018, the 59th Anniversary of the "Day the Music Died" where three Rock & Roll icons died in a plane crash at Clearlake, Iowa. Bit of a coincidence I finish my US trip on that day! 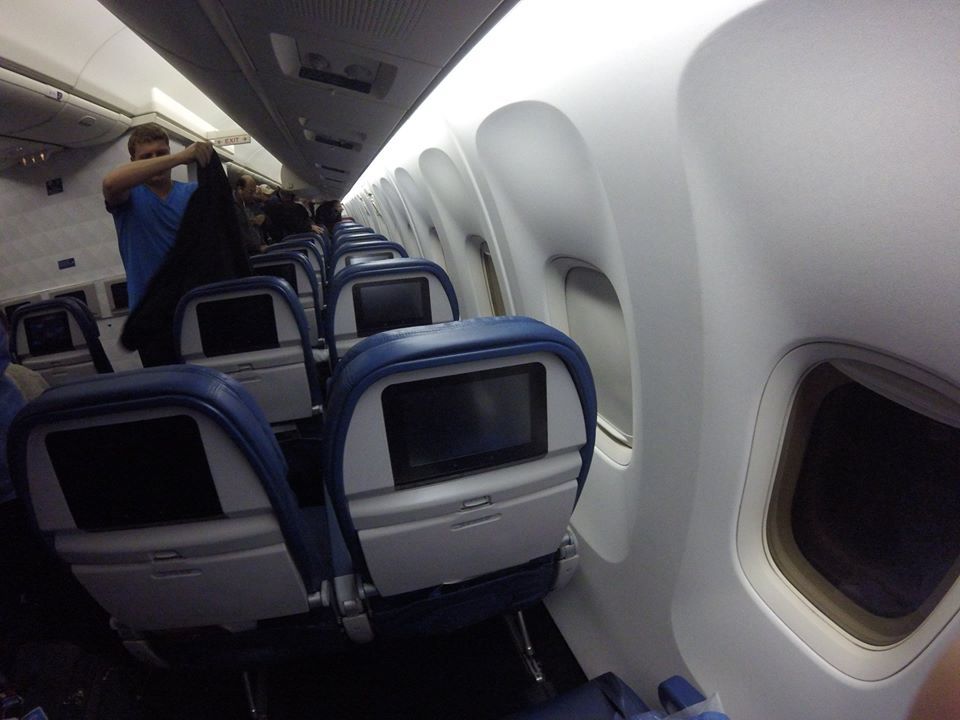 An early arrival on a Boeing 767, meant I had one thing in mind after we got the gate…. a Flight Deck Visit! The DL46 crew had no issues with me visiting the 767's best seats! 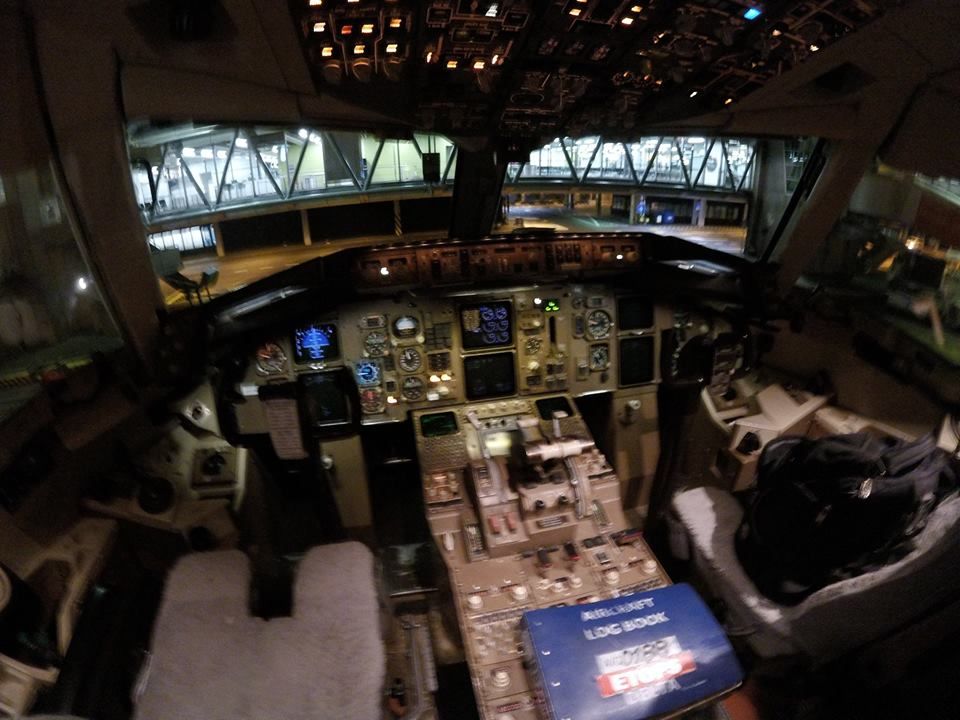 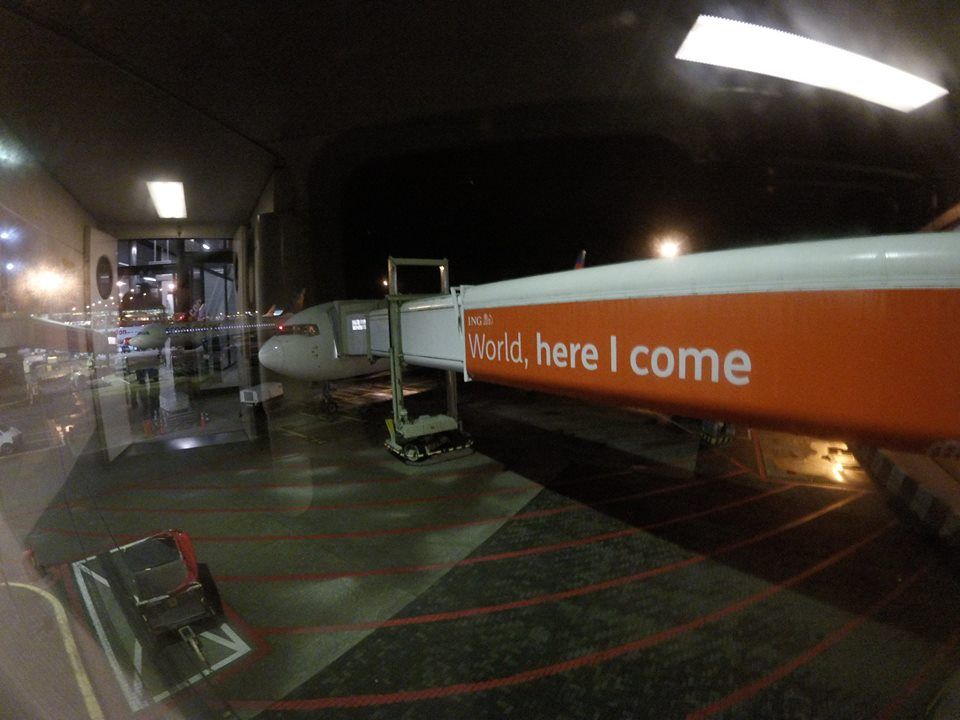 I got off the plane and decided to nap for an hour. Before having to go find my gate to fly KLM to Oslo. Marking a great end to my US trip, however! Two more flights were required! 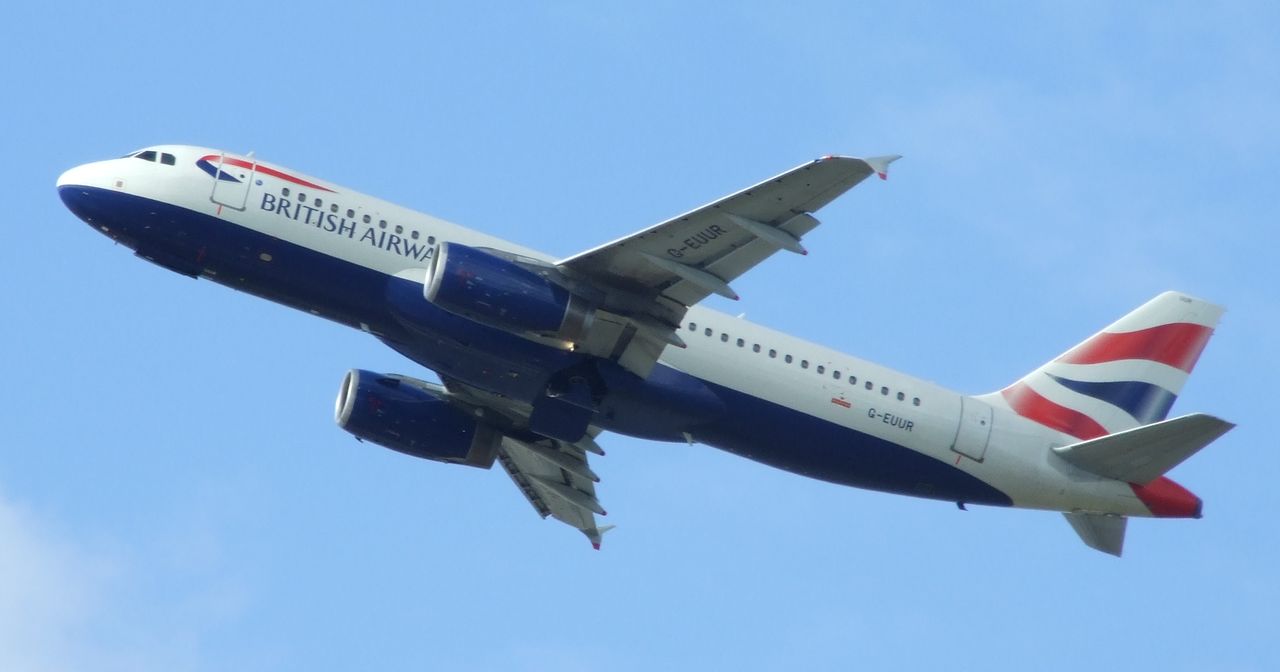 Delta Airlines: Their Atlantic product was great and slightly better service wise than their Trans-Con product. Great legroom and IFE selection. Crew was great to talk to and very friendly as well. Highly rate the cabin on this particular aircraft.

JFK: Was pretty good for my 2 hour connection, my checked luggage made it between flights and I had a very easy connection between gates which also included a bus journey to the International gates.

AMS: Not much to add on AMS as it is one of my favourite and my third most used airport behind LHR & LGW. Great place.