#22 out of 77 Airlines A minimum of 10 flight-reports within the past two years is required to appear in the rankings. 5311 reviews

Last but not least … Part 4 of this series.
So welcome everyone for the final chapter.

So once again I arrived at CDG very good in time. Departure in Incheon was delayed for about 40min but arrival was around 10min ahead of schedule.
It's never bad when the airlines calculate more time for the flight than it really takes. ;)

Anyway, after arrival I proceeded to the F-Gates, as my flight departed from the F-Gates.
As usual another security check was necessary and a short pitstop at the toilet did not took too long.

While I walked to the F-Gates, some great view across CDG were possible.
Look at the old lady - AF B777-200ER.
F-GSPL is about 20 years old and looks like she is still in good shape. ;) 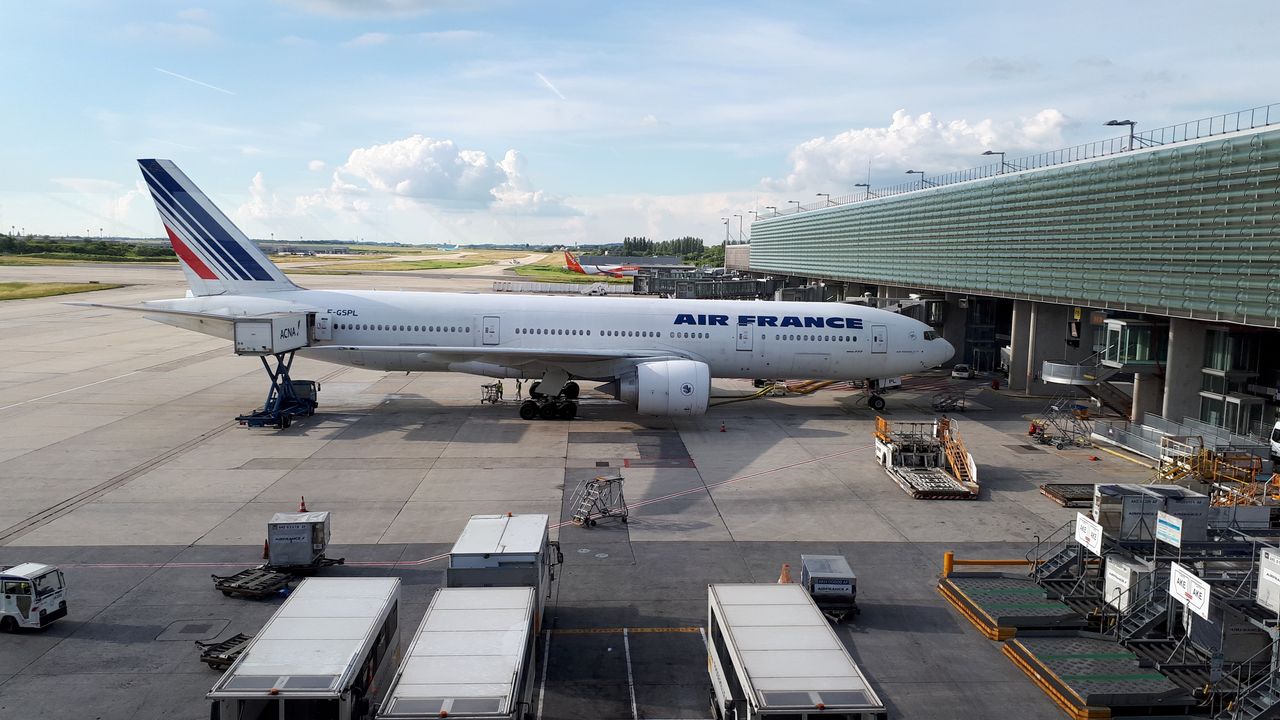 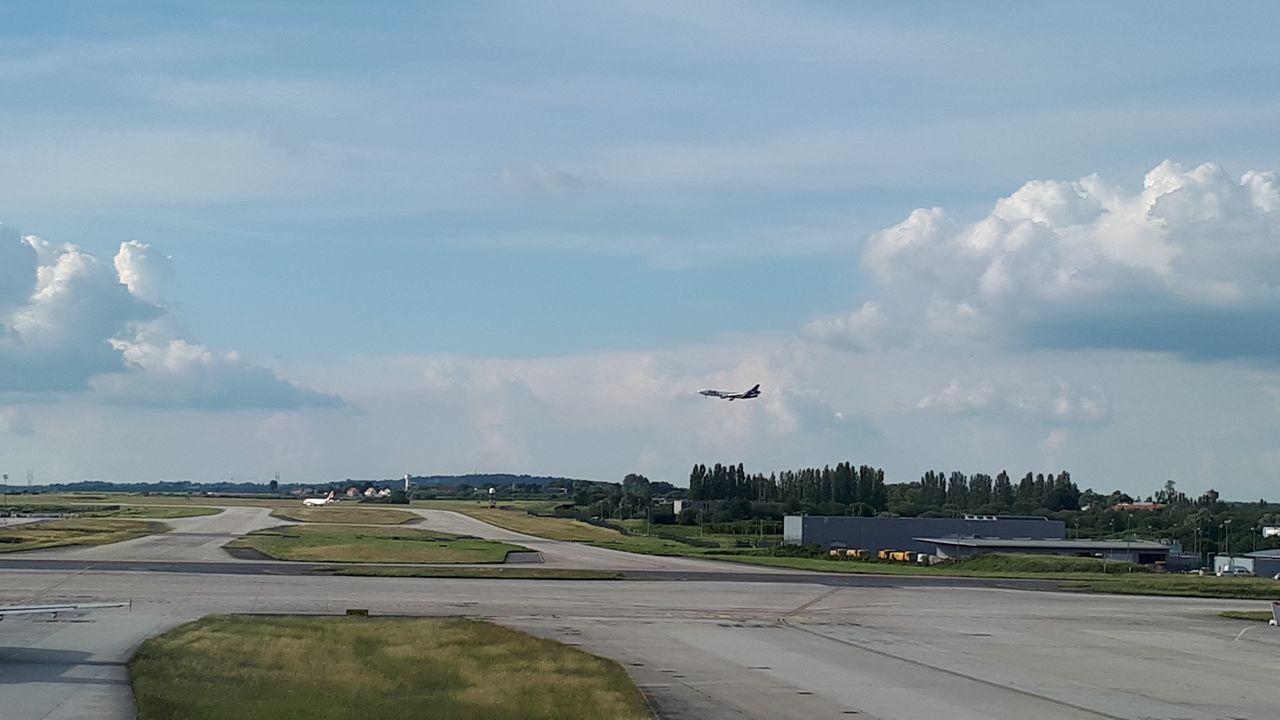 I watched the action for a few minutes from the walkway and then continued my journey.

On my way I stopped at a shop and bought something to drink and a few sweets to be prepared for the flight to MUC. 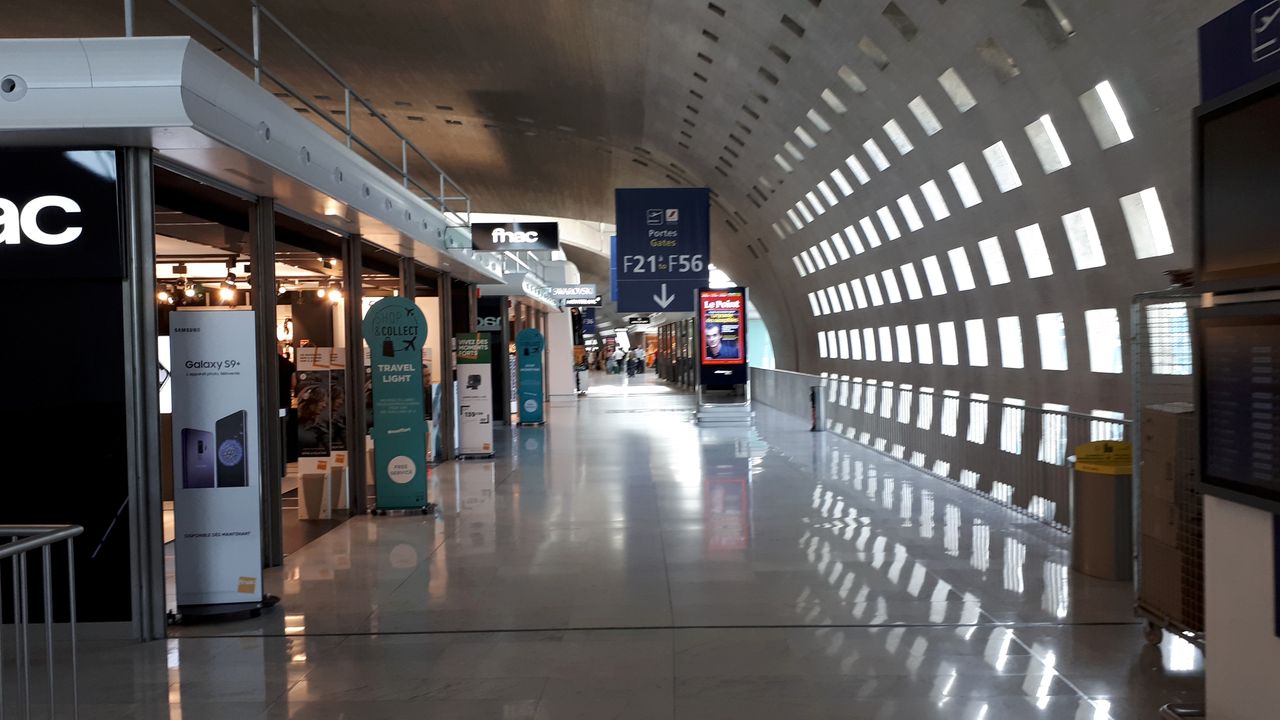 It would have cost 10€ to make a seat reservation in advanced for the flight from CDG to MUC. I got seat 14B from the system when I checked-in in Korea.
Well not the best seat at all, right in the middle of the aircraft and in the middle of a 3-3 configuration.
Via the AF App I was not able to change the seat so I thought "Well let's try it at the AF counter in CDG".
Personal was friendly but their news was not soooo great for me - "Unfortuantely the flight is completely full and we cannot change your seat".
Hum … well, it is was it is and I can survive 1 hour without my own window!

To be honest, the news did not get better - the aircraft arrived from Nantes about 30min late and therefore my flight to MUC was delayed by at least 30min.
I killed the time and surfed in the world wide web - negative point for CDG. Their wifi in the F-Gates was unbelievable bad.
I don't know if it is standard or because there were so many people waiting in the area for their flight.
But surfing in the web was almost impossible.
Anyway I starteed to sort my pictures from Korea and finally after the aircraft arrived from Nantes, I looked outside the window. 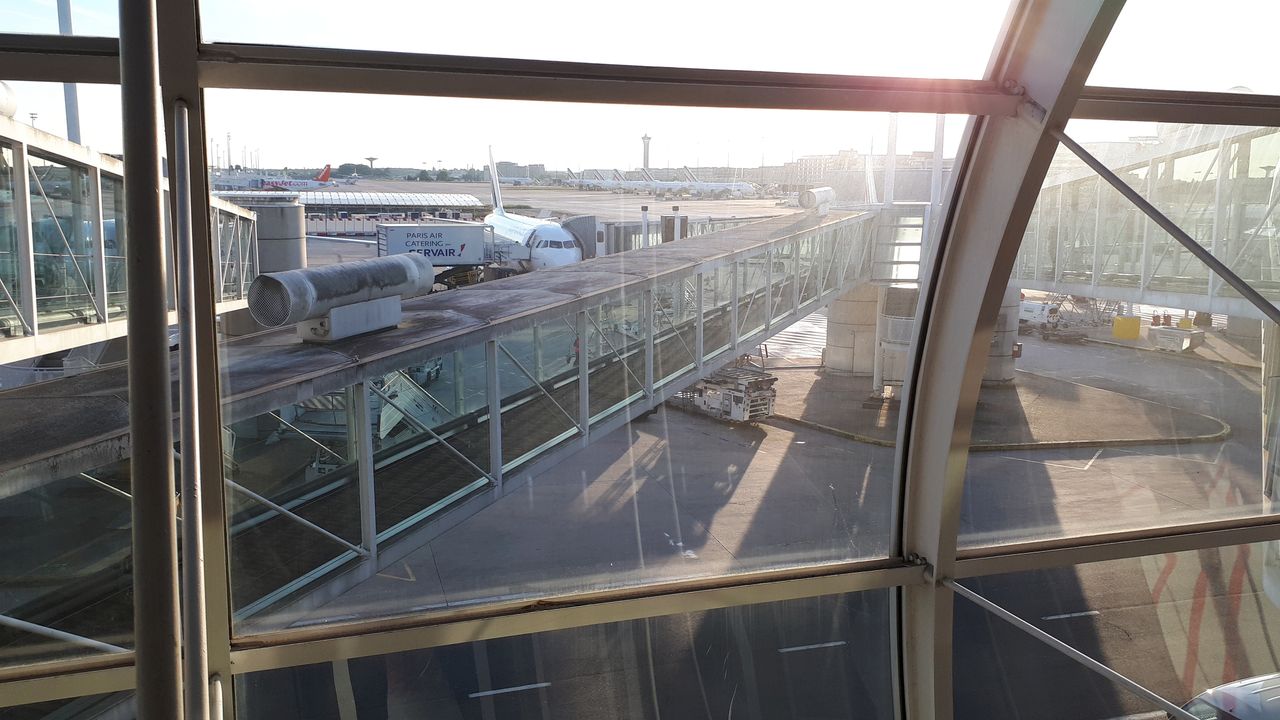 Anyway I arrived at my seat 14B.
Seat pitch and seat width was the same as on the flight MUC > CDG - not too good, but okay for the short flight. 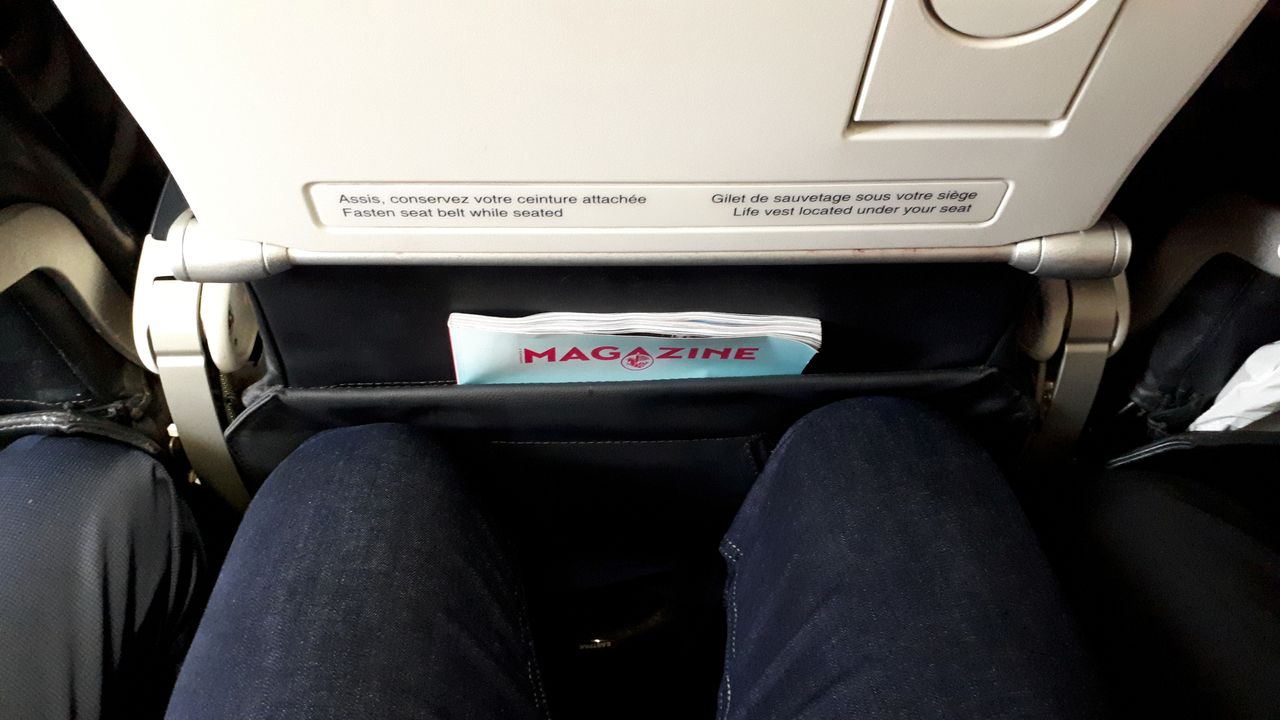 Finally after boarding was finished the captain told us that we've lost our departure slot and we had to wait another 30min - total delay was now 60min.

Exactly 64min behind schedule it was time to say goodbye to Paris and we departed into the west.
We did a great 180° corner right over paris - great view across the Eiffel Tower.
I hope you can see it, right bottom corner of the picture - just above the engine. :) 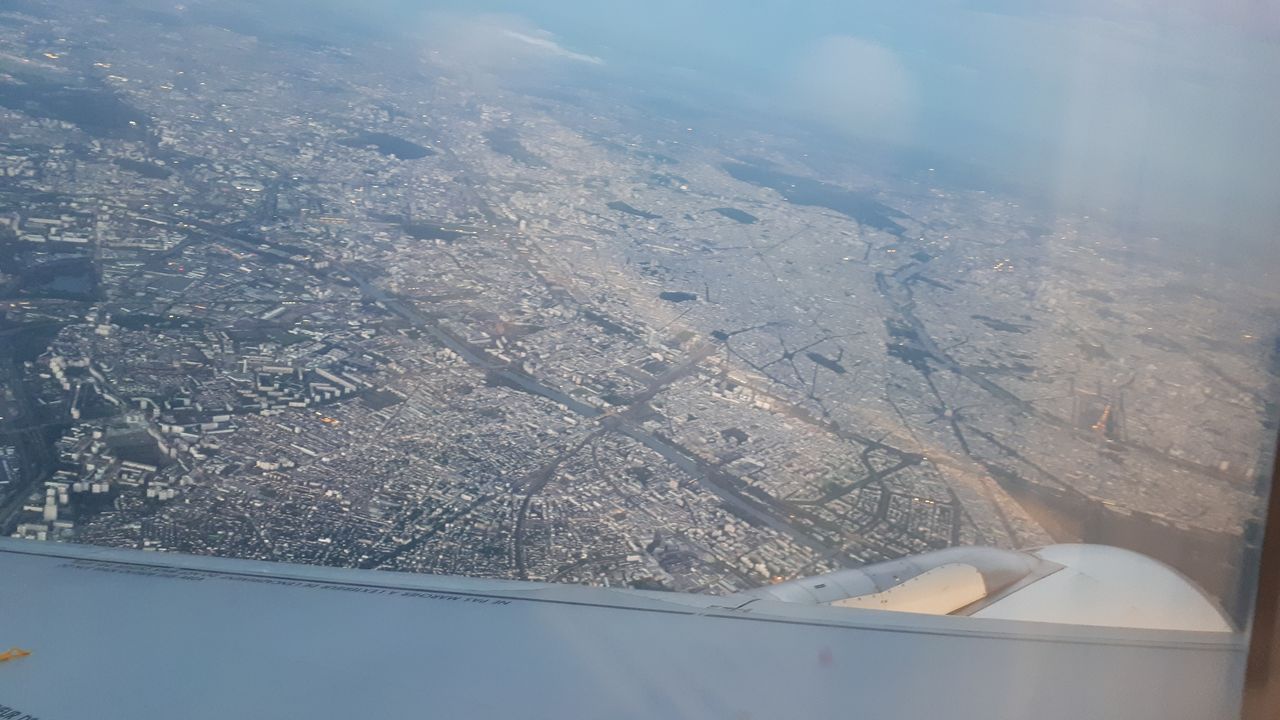 Overall the flight was calm and unspectacular.

20min after departure drinks and a snack was served.
Nothing special, just a wrap with carrots and some cream cheese. 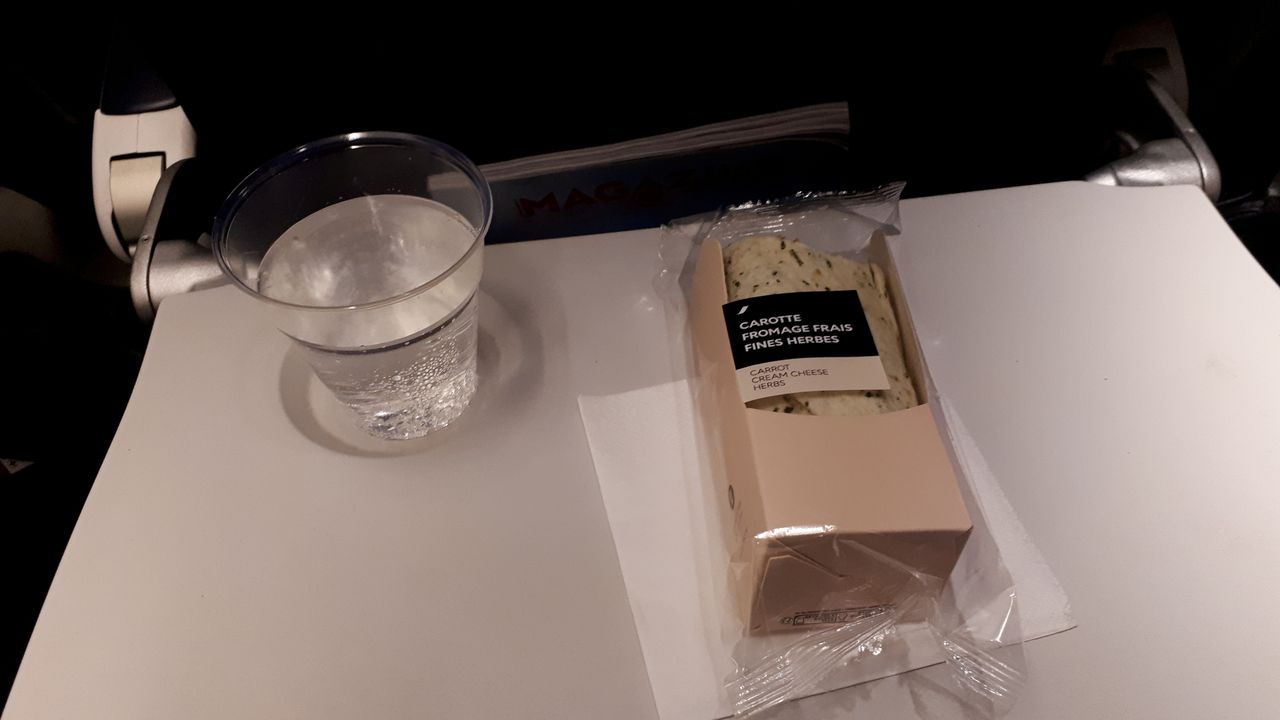 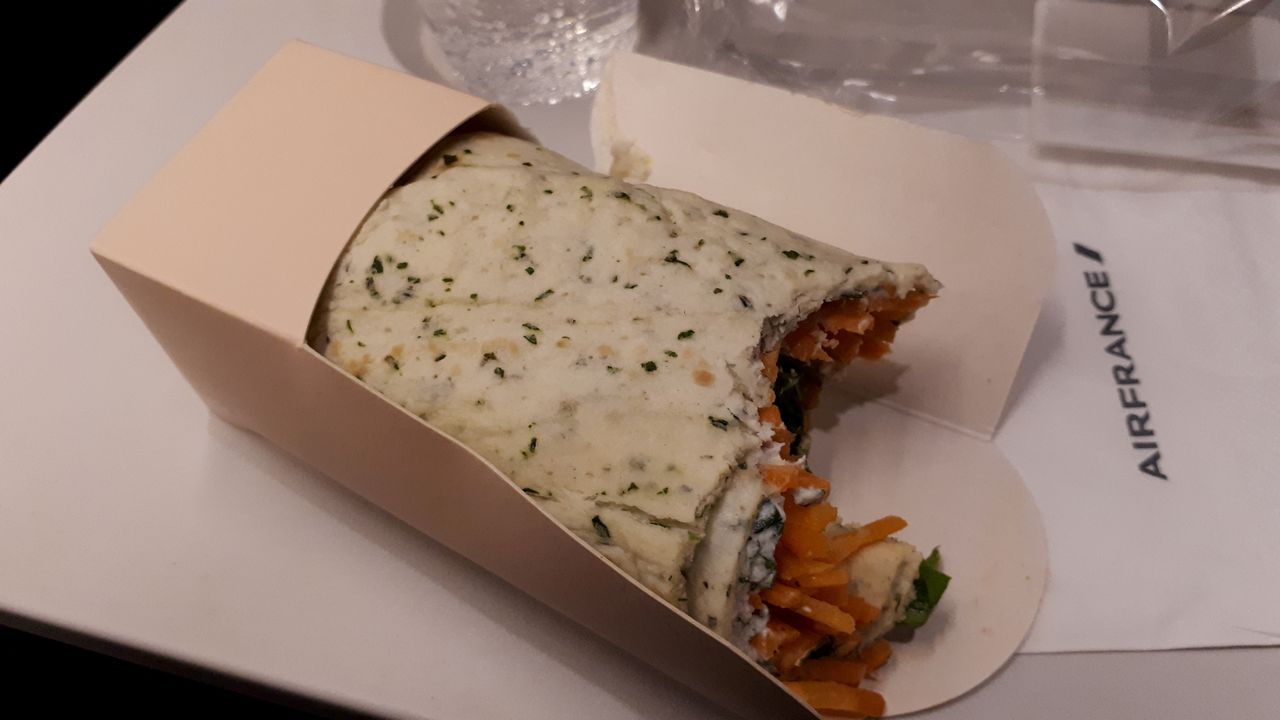 I read a little bit in the inflight magazine and listened to music to kill the time until arrival in MUC.

One last picture from the cabin before landing. 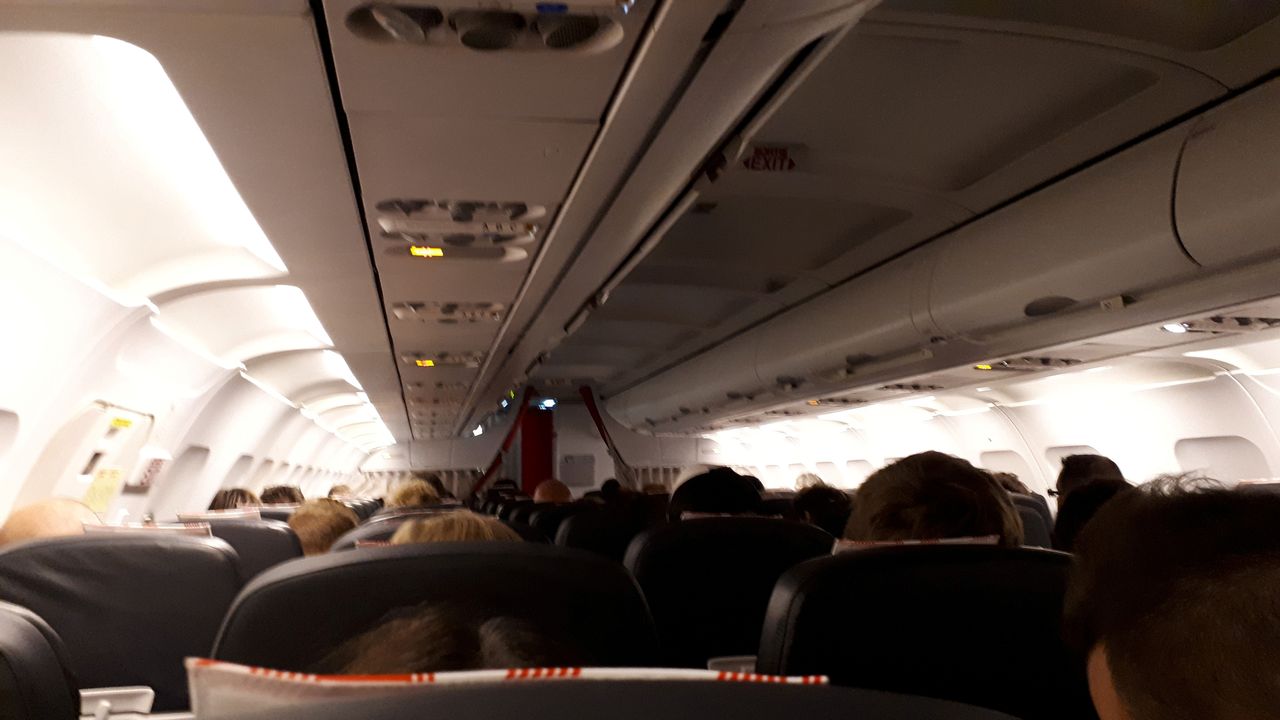 Overall - the flight was unspectacular and we landed after about 80min in MUC.
Taxiing to Terminal 1 was chaotic as it took while and two laps around Terminal 1 until we got a remote gate! :)

It took another 20min to get from the aircraft to the Terminal, but luggage arrived just a few minutes later.
When I took my luggage I noticed that it was damaged quite badly on one side.
Also my EK luggage tag was missing … :(

As it was midnight - no personel was at the airport.
So I called AF the next morning where I can make a report about my damaged luggage.

I don't know if it was dameged at ICN, at CDG or at MUC, but AF paied me 25€ for the repair costs without any problem.
Also the AF staff was very friendly and helped me throught the whole process!
See more

Short summary:
Another okay flight with AF. Delays can happen, I guess we all know that.

More important for me was the experience with the AF staff after the flight.
They were very helpfull, friendly and in the end ... AF paid pfor the damaged luggage!

Overall I am very happy to chose AF for my trip to Seoul.

The contributors of Flight-Report published 57 reviews of 4 airlines on the route Paris (CDG) → Munich (MUC).

The average flight time is 1 hours and 27 minutes.