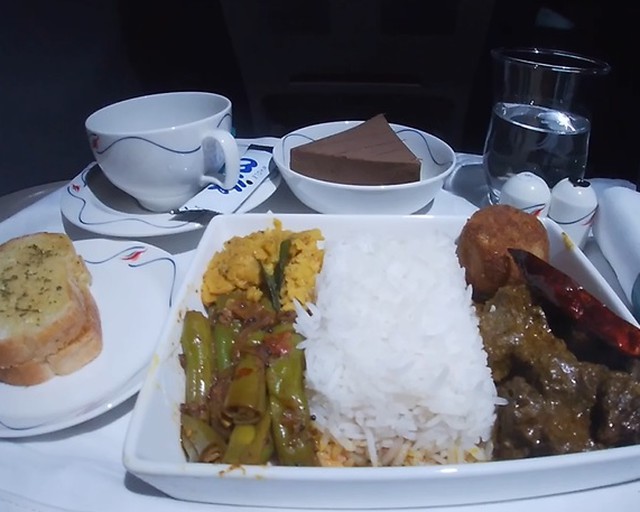 Hello and a warm welcome to Trip Report 30!

Sri Lankan's systems displayed a guaranteed Airbus A321 as per the seating layout shown. This meant that I'd get either a A321ceo or a A321neo which seemed worth an upgrade.
As I flew UL's A321ceo's just a few months prior to this rotation, I did prefer something different, either the Airbus A320neo or the Airbus A321neo or maybe the occasional Airbus A330-200 that was utilized on this sector at times. I went ahead and Upgraded to Business Class for a nominal amount and hoped for the best.

After a refreshing stay at Bangalore, Our Hotel arranged us a Pre-paid Taxi to get us to the Airport for INR 1,300.00 which was pretty reasonable compared to the other available options which were either too expensive or was on "surge"
We made our way to Kempegowda International Airport for our Red-Eye rotation back home, facing the usual gridlock traffic en-route.

Lengthy  ques  greeted us at Bangalore- Kempegowda International Airport and getting into the airport took around 20-25 minutes followed by Airport Security  at the initial security check coming up with a bright idea to check our bags which added to the frustration!
They seemed to be interested in a "powdered substance" much to my annoyance  which were a couple of packets of Tang and Indian food snacks. I guess if they were a tad bit smarter and more efficient, they could just do a swab test and have results in a matter of seconds rather than having to waste the time of already frustrated passengers. I would've definitely told them a thing or two about these "powdered substances" but I really couldn't be bothered wasting my time as they had already managed to eat up a good portion of it

With the Check-in counters scheduled to open in around half an hour, we found ourselves some seats and watched the scorching sun slowly set through the colossal glass panels in place. Hope they either tint them our get a few blinds in the future!

Being one of the first few passengers going through UL's  counters, we dropped off our bags and made our way upstairs to clear Immigration and security  which ended up in absolute chaos!
There was a Saudia Umrah flight and Emirates flight which meant that these two wide-bodied aircraft alone had at least 600pax among them as well as  Etihad, Malindo and a few other airlines having their scheduled departures around the same time as we did and spent a solid half an hour finishing off formalities here

FR24 confirmed that UL171 (4R-ANC) had just taken off from Colombo and that i'd be flying my inaugural sector on the much anticipated Airbus A321neo,
With my previous sector from Colombo to Trichy being on point, I did have high expectations of the National Carrier to dish out something above par on Business Class. 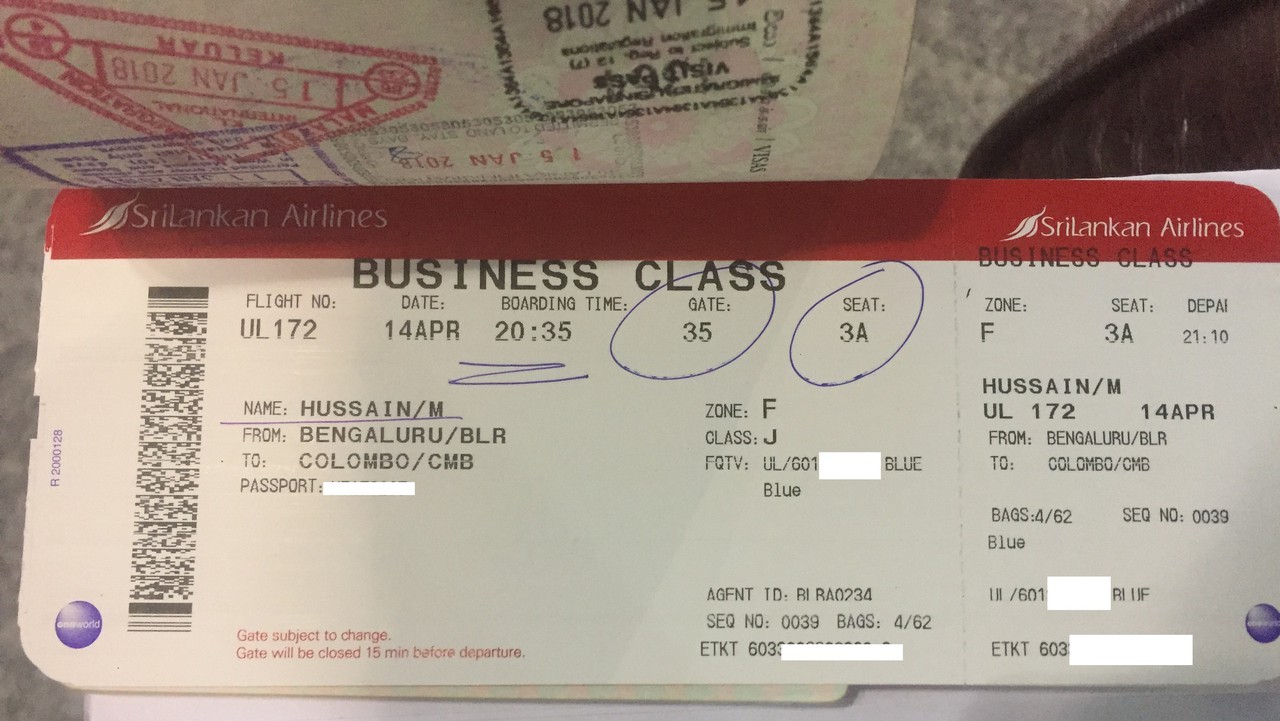 The Lounge was pretty dull, dark ,overall pretty outdated and lacked comfortable seating which are usually highlights of most lounges.
The food on offer was sub-par with only a few varieties of Indian and Italian options being available and were pretty ordinary in terms of taste. The Coffee Machine was out of order and soft-drinks weren't displayed either which meant that you'd have to visit the bar and get yourself one which proved to be  very impractical and inconvenient as the bar area was full.

With Boarding being announced, I made my way to the Gate and was given prioritized boarding on to 4R-ANC (MSN:  7663) an under 2 Year old Airbus A321neo 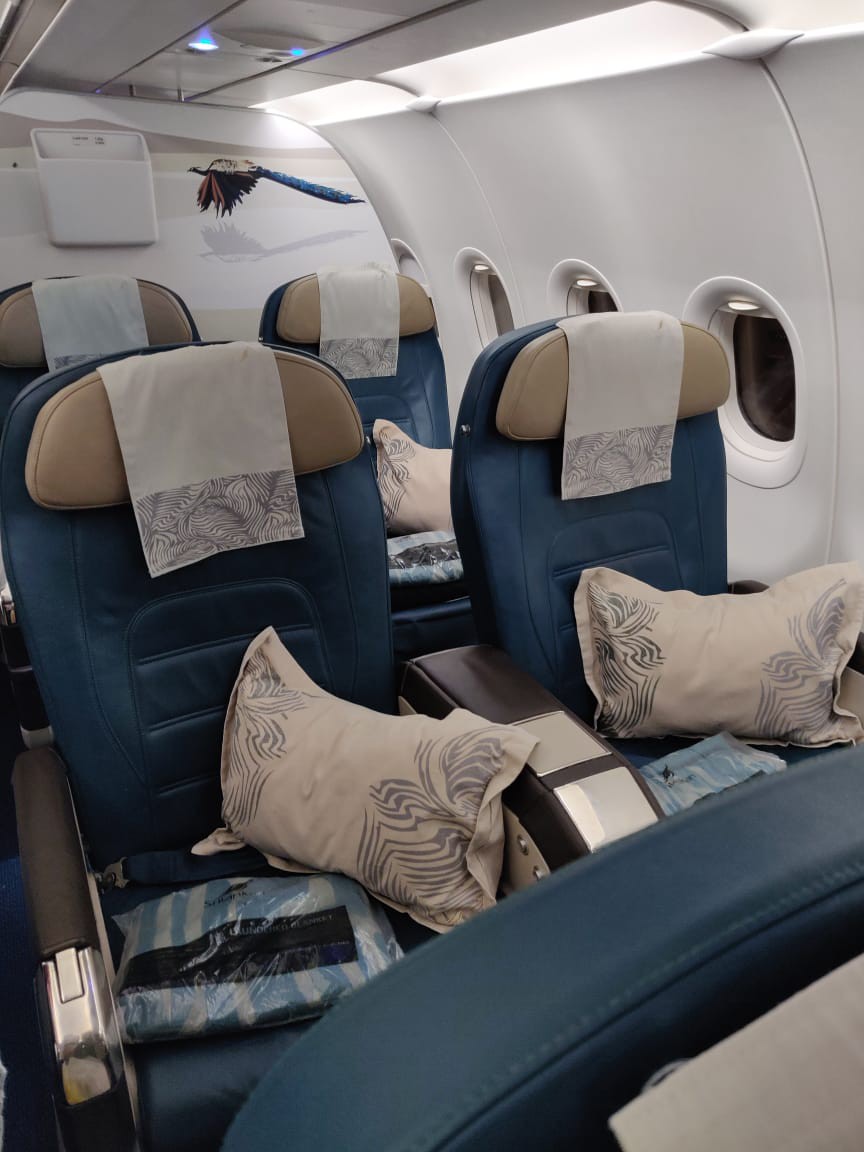 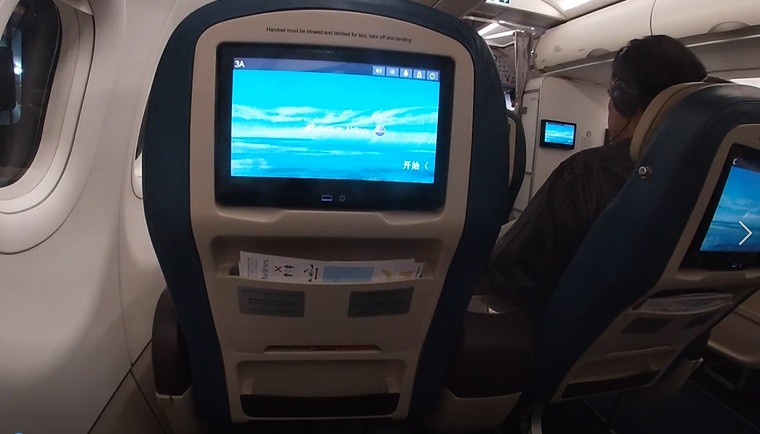 The Crew on-board were very courteous and welcomed each passenger onto the state-of-the-art Airbus A321neo, with myself and 3 others being the only passengers flying on J Class on this sector and Economy being booked to full capacity

Seats were comfortable enough even for a longer rotation and the cabin ambiance was on point.
The standard blanket and noise cancelling headphones were provided along with the menu followed by a choice of welcome drinks, with options ranging from Apple or Orange juice with alcohol being available on request. 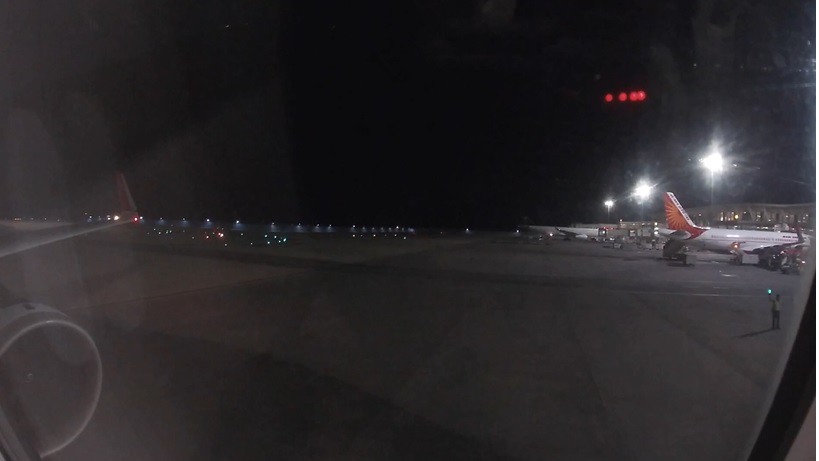 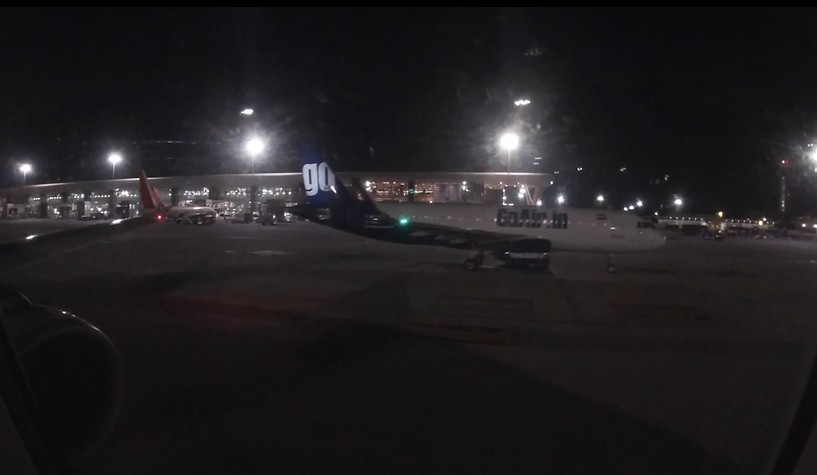 GoAir: hope to fly with them soon

Departure was on schedule with the crew beginning to take down orders
Options available were pretty impressive and so much different to what I initially expected!
Credit to SriLankan Catering for doing a commendable job in revamping UL's in-flight catering 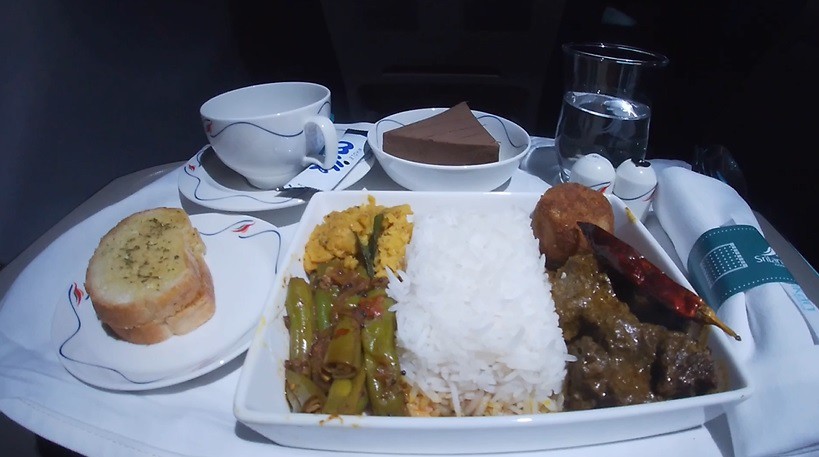 Sri Lanka on a plate

Meal Service was Immaculate!
I opted for much needed Lankan Cuisine over the other three available options available ranging from  Tandoori Chicken, Batter Fired Fish Fillet and a Vegetarian Rice option comprising of mixed-vegetable rice and curry

My choice Included the Dhal Curry, Long Beans and Black Pepper Lamb, served with a fish cutlet and Garlic bread and Sri Lankan Airlines branded stainless steel cutlery.
A choice of tea or coffee were also made available along with Wood-apple Mousse  for dessert which was the only thing that I disliked form the menu.

The IFE seemed to have a a great collection of Movies and Video content and I didn't proceed to probing into it any further
Red-eye flights aren't my thing, and instances like this are pretty rare since I always opt for a day-light flight only unless options are streamlined with limited choices or price being a factor of concern to book a red-eye itinerary

Landing was on schedule and the horror of going through Colombo Airports Immigration awaited me. With night time being the arrival of the Far Eastern carries and LCC's, I just hoped and prayed to get out as quickly as possible. 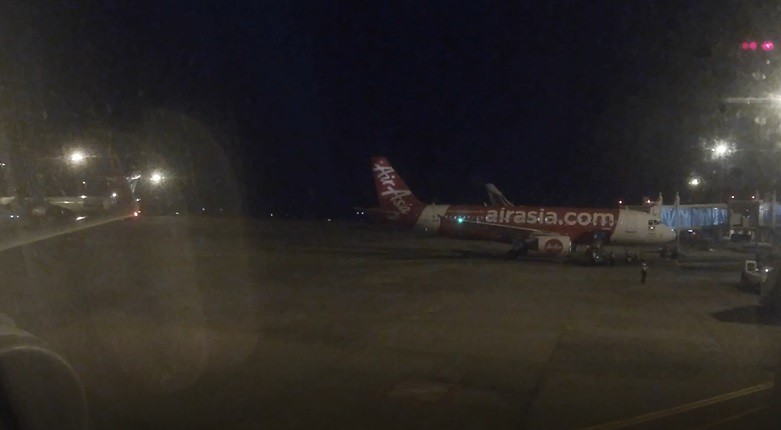 Formalities took over an hour with the usual hassle of having to wait long cues at passport control because unlike in India and other countries, Colombo Airport doesn't offer a dedicated Immigration Counter for Locals which meant that everyone ended up in the same cue including passengers arriving on visa-on-arrival with immigration officers sending passengers back in the line for not having filled in embarkation cards and for not having the required documentation etc. It was absolute chaos as always!

Overall this would definitely be the best sectors I've flown on UL.
Highly Recommend UL's Business Class Product to anyone looking forward to a top-notch Regional product and the best In-flight Service