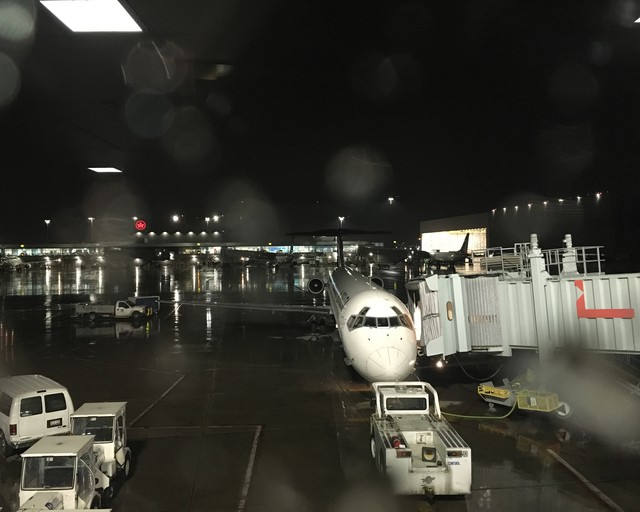 Welcome Back to another US-CAN series.
This report consists of 4 legs to and from Central Florida. These trans-border reports are relatively short compared to my International trips and are easy point fill quota posts.

This time however, instead of using AA, I opted for Delta as they offered a competitive fare at $115 one day, just 3 days before the flight. Operating from Terminal 3 at Pearson, this is one of the many DL flights operating at the airport. A 6:15AM departure warranted an extremely early arrival.  Despite it being early, the terminal was quite busy as AA, UA and other DL flights were slotted to depart around the same time.

Early morning showers made it difficult to get clear pics of the aircraft and the tarmac. 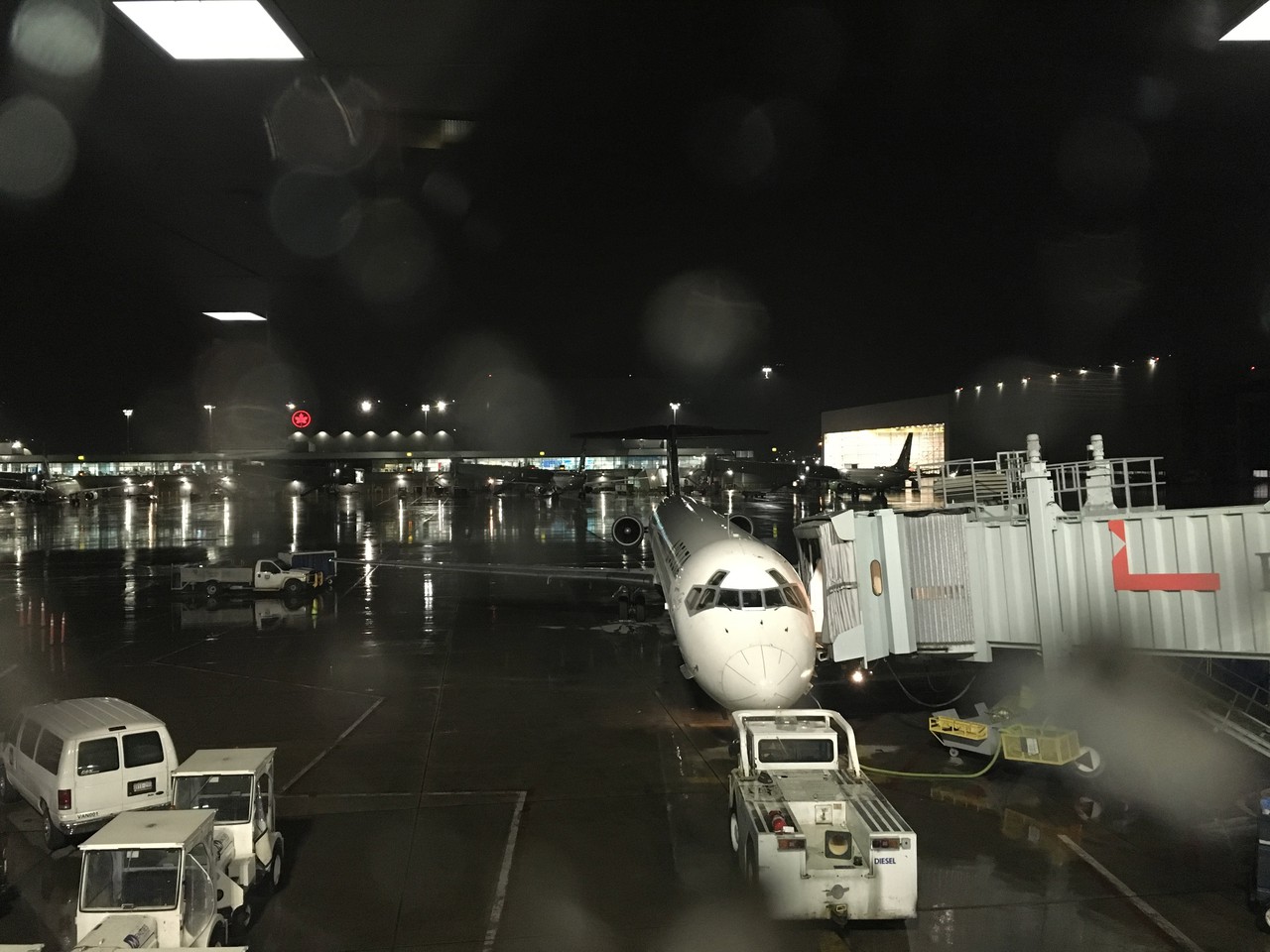 Did some trolling through the terminal before heading to A13 where boarding began on time. 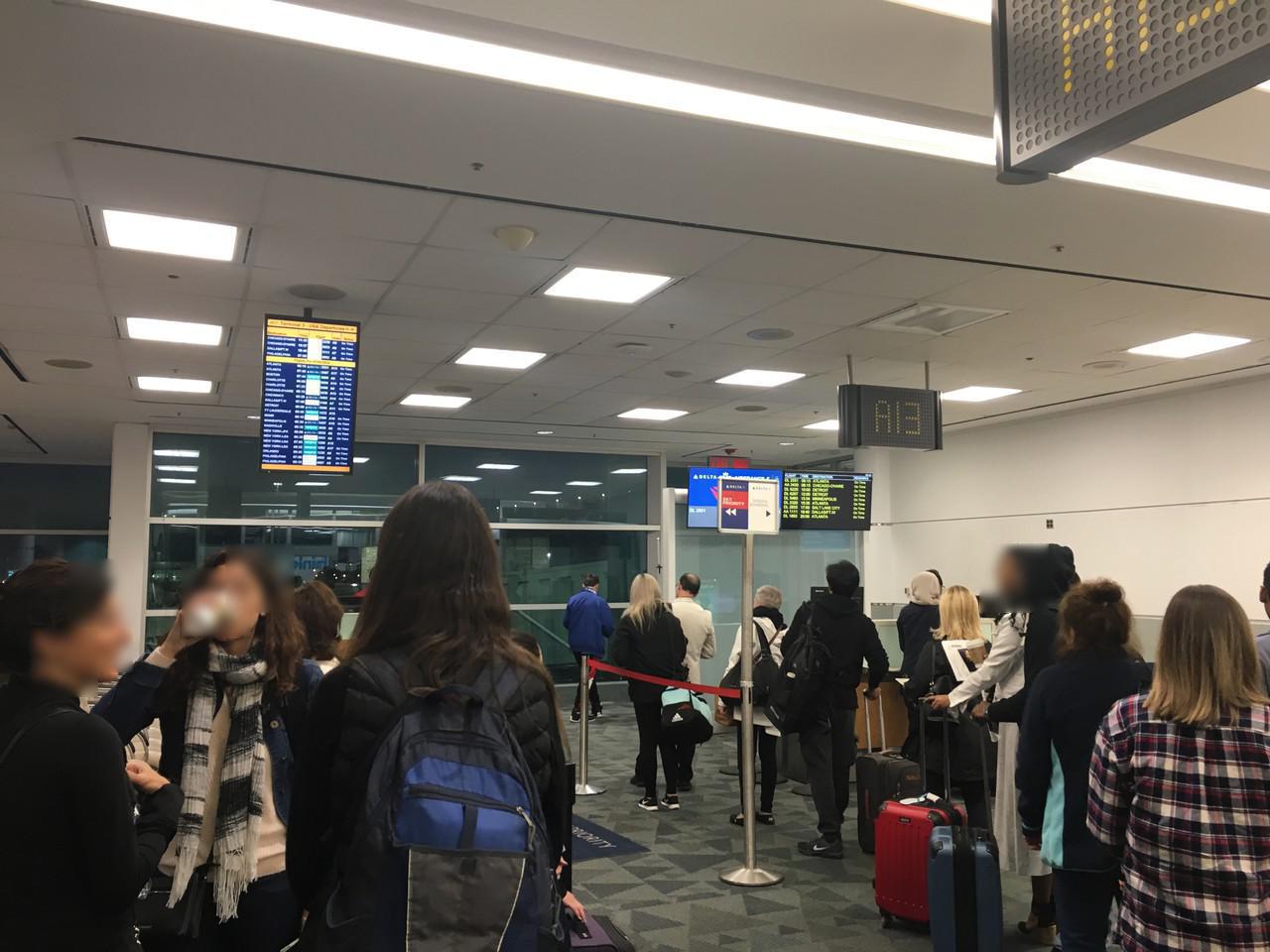 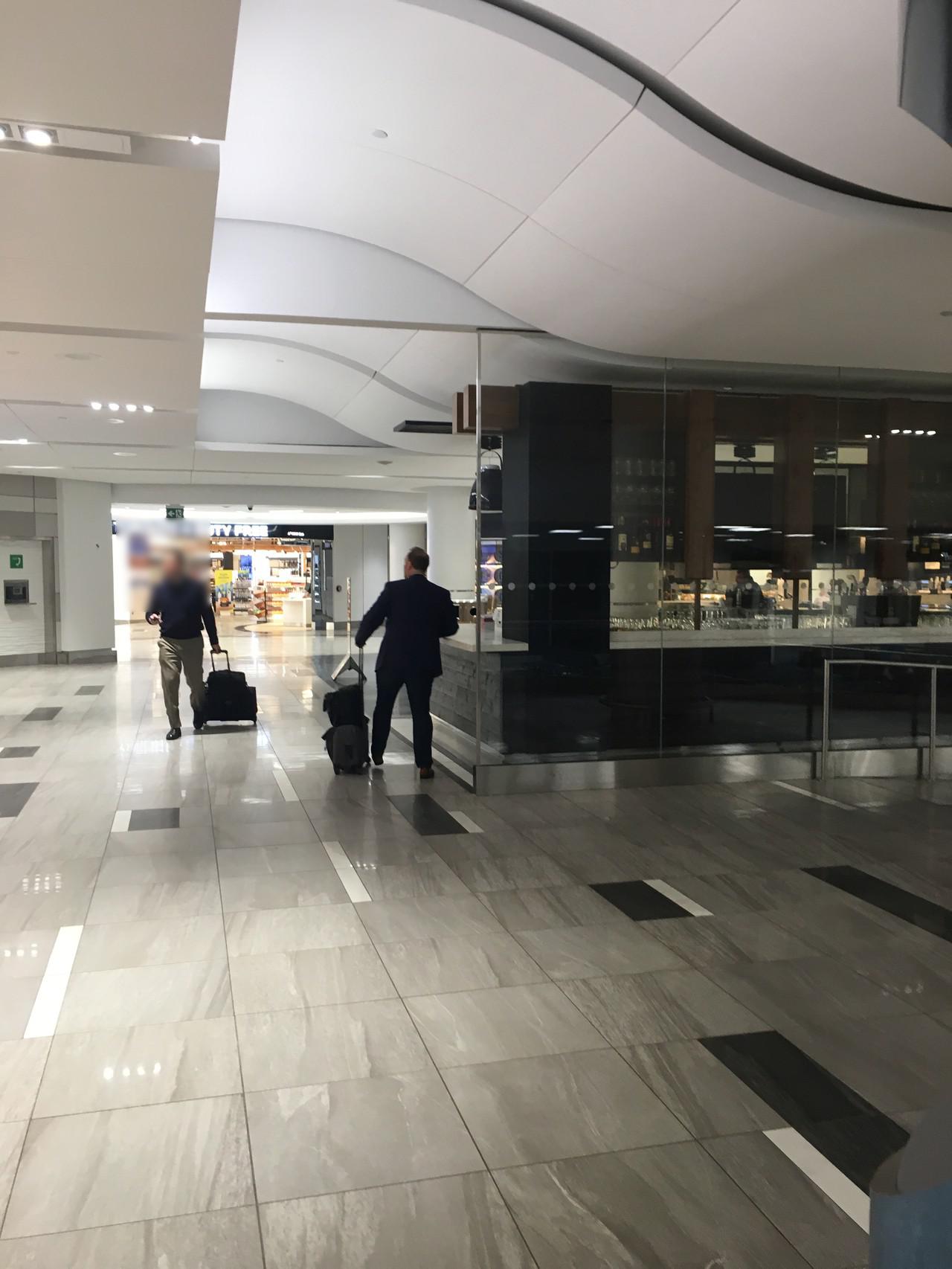 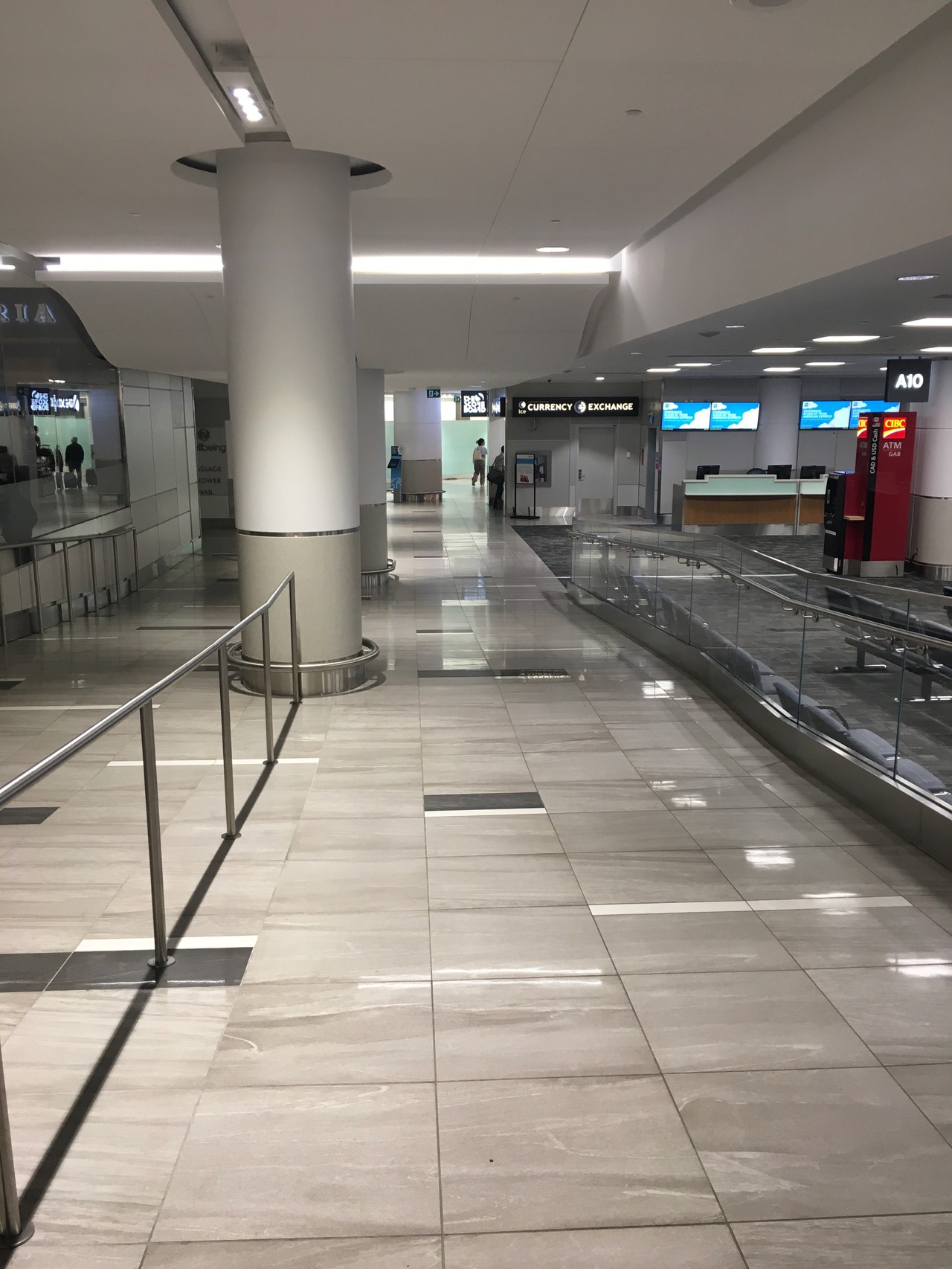 AA to CLT preparing for push back before our A/C. 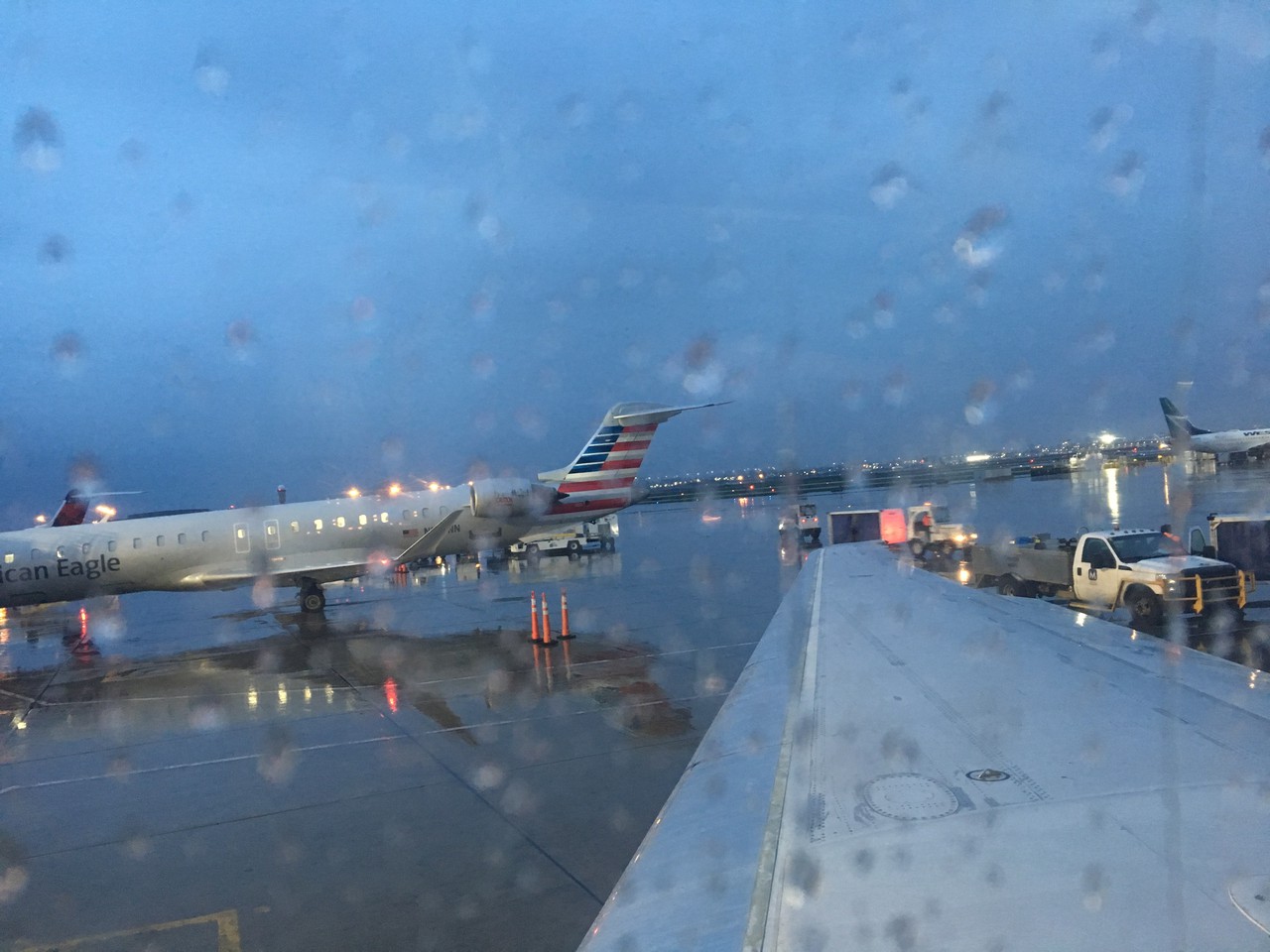 Flair, another ULCC in Canada, sporting their new livery at their new hub, Pearson. 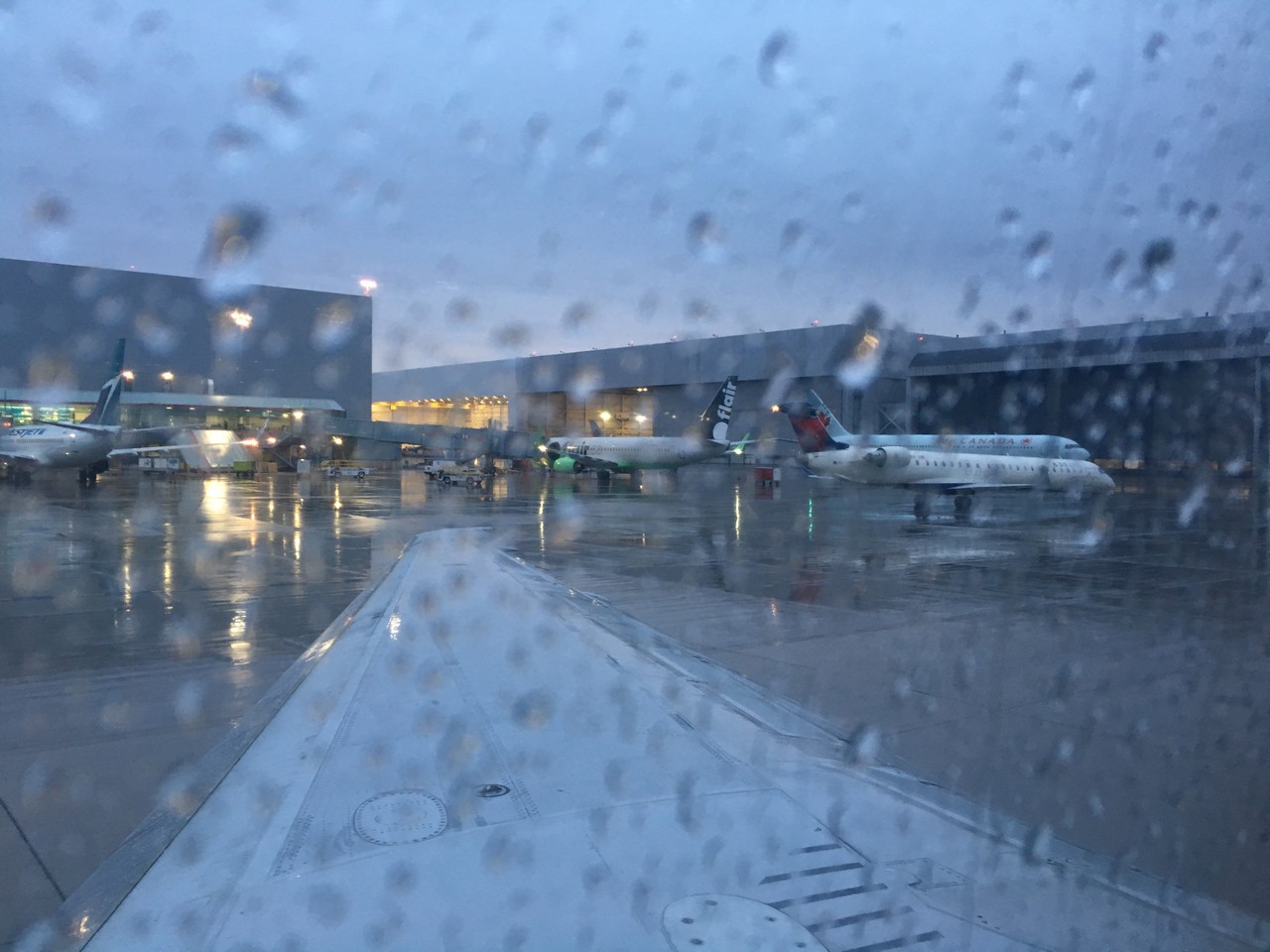 After a relatively quick taxi time, we were off. 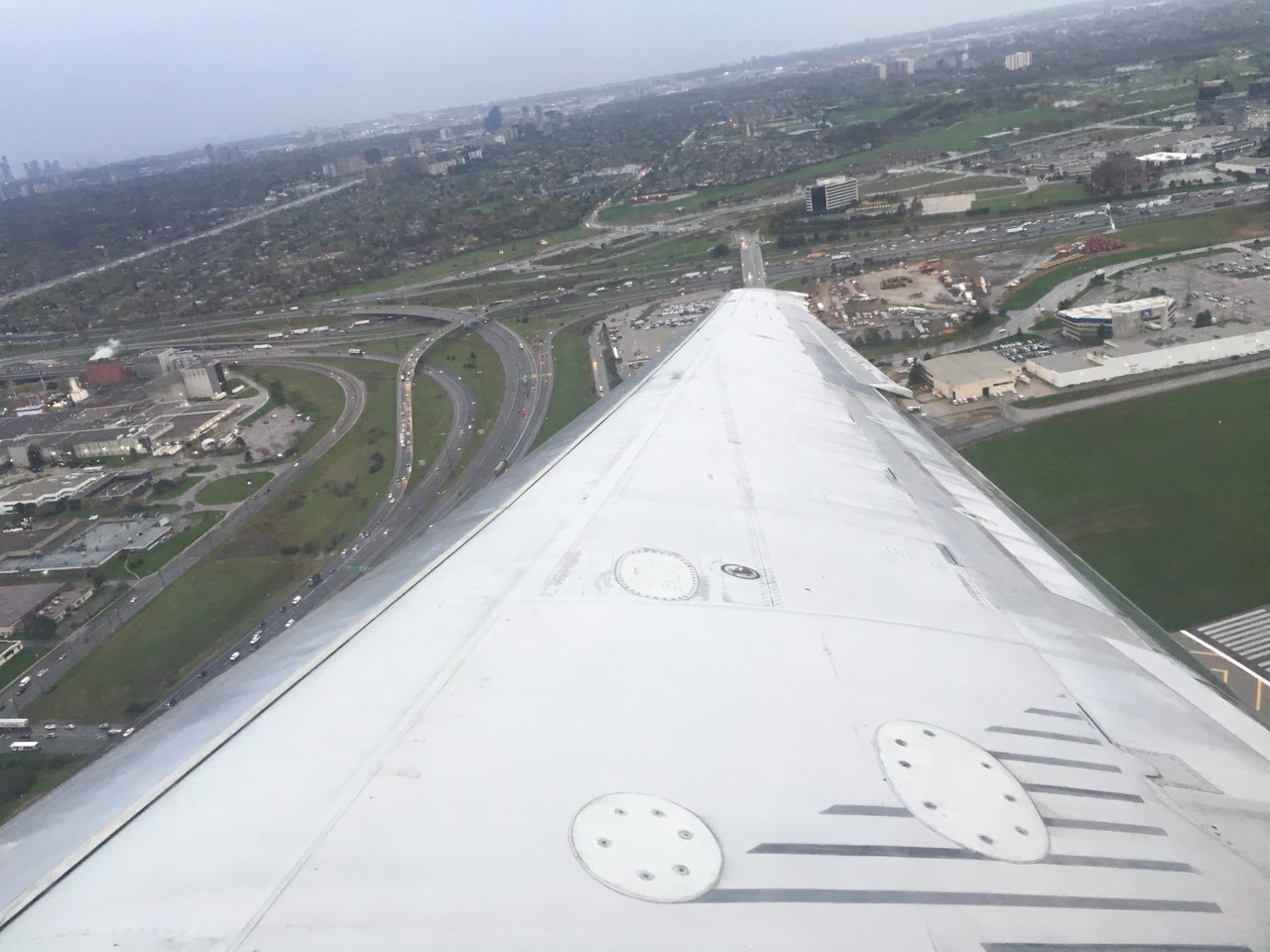 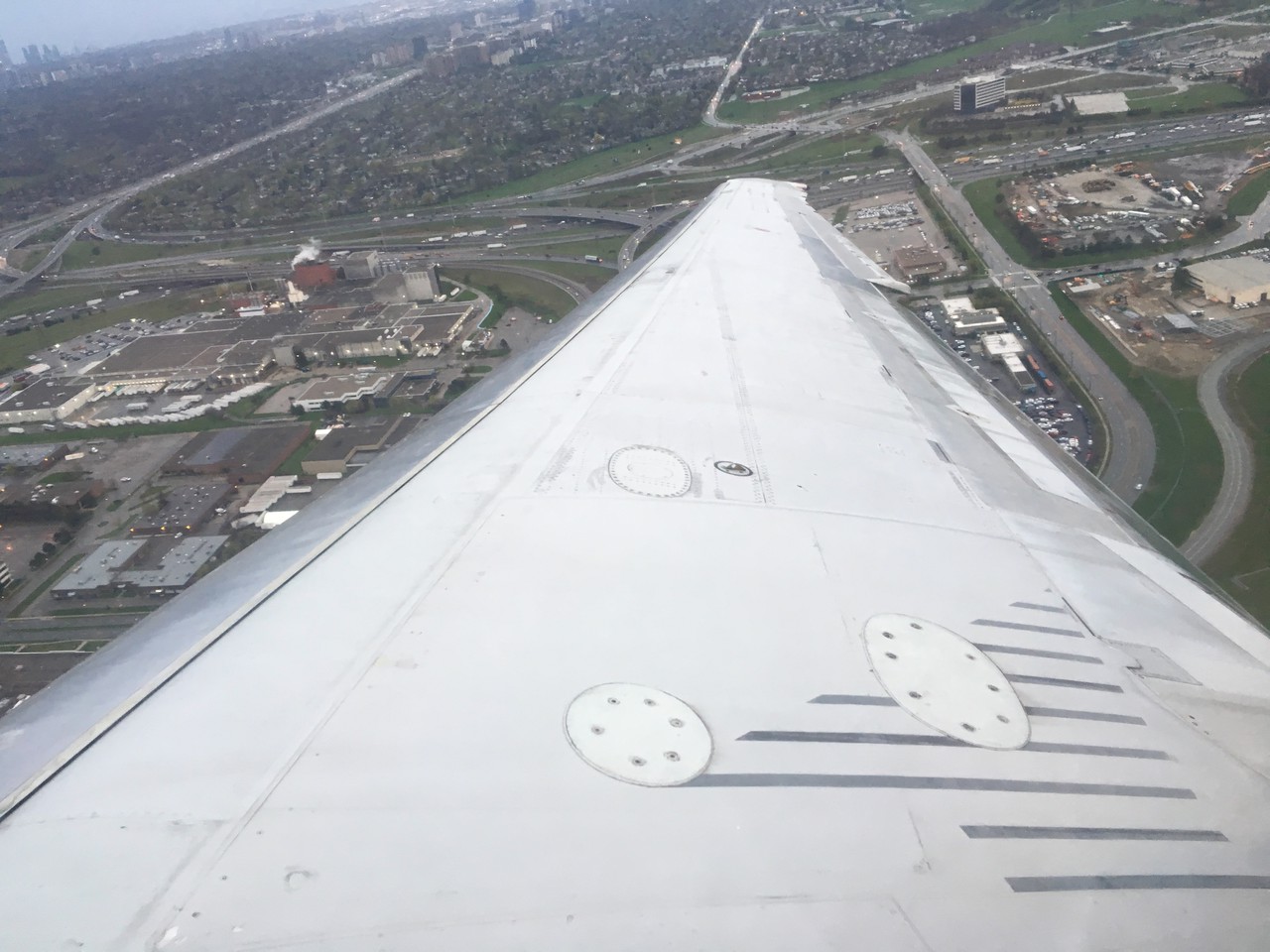 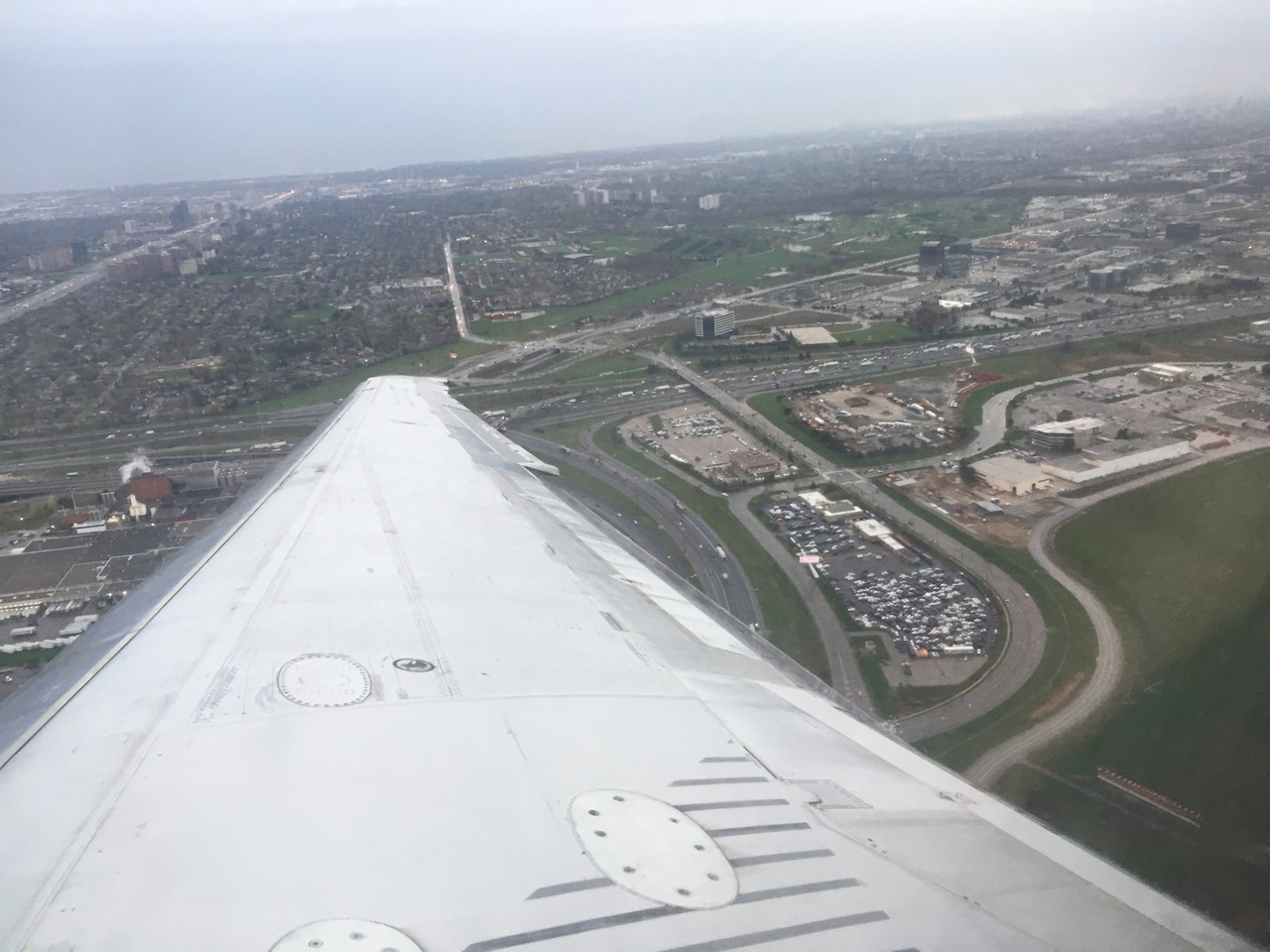 Upwind with a somewhat clear view of uptown and downtown Toronto. The view swiftly disappeared as were ascended into the clouds. 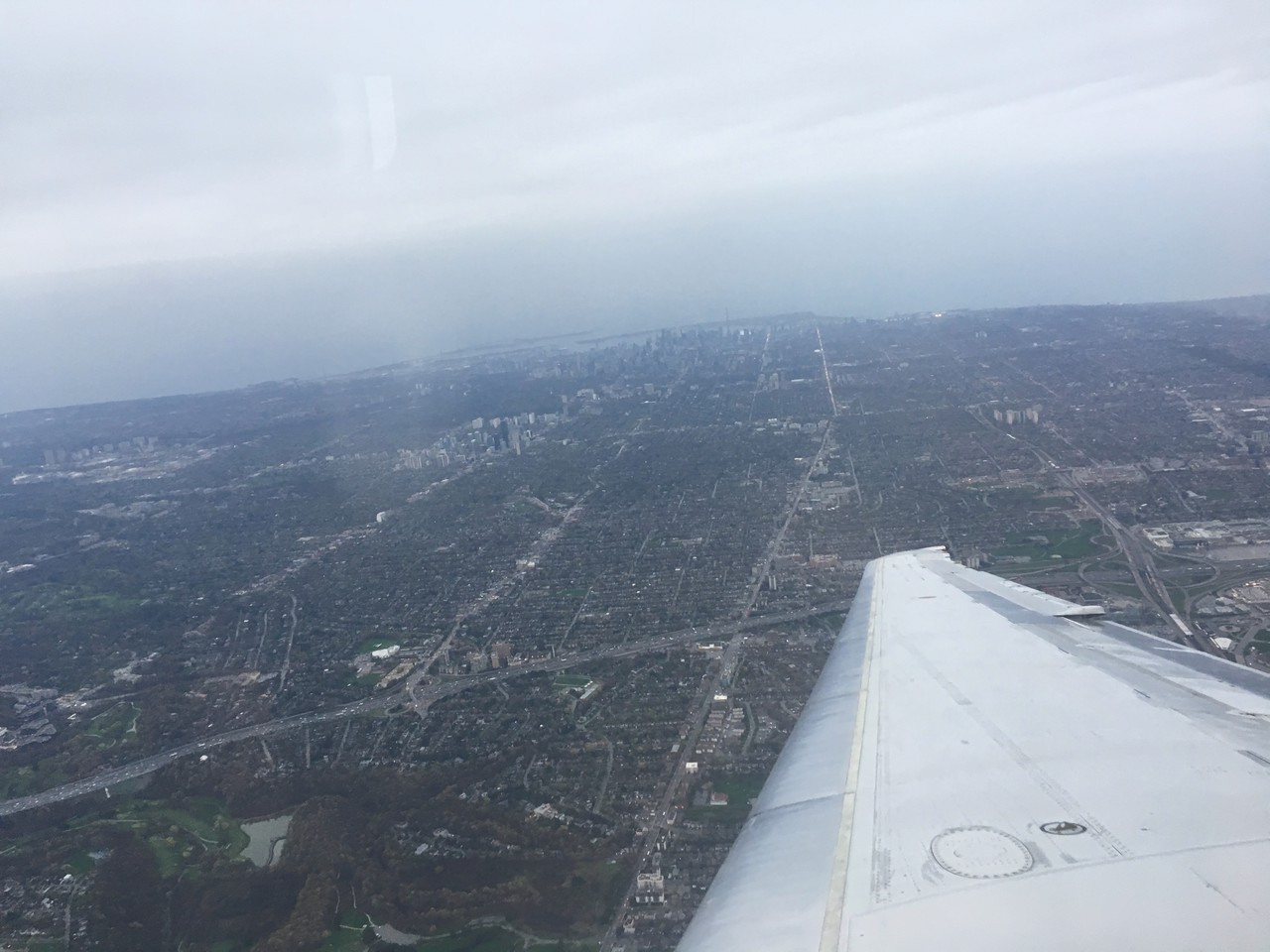 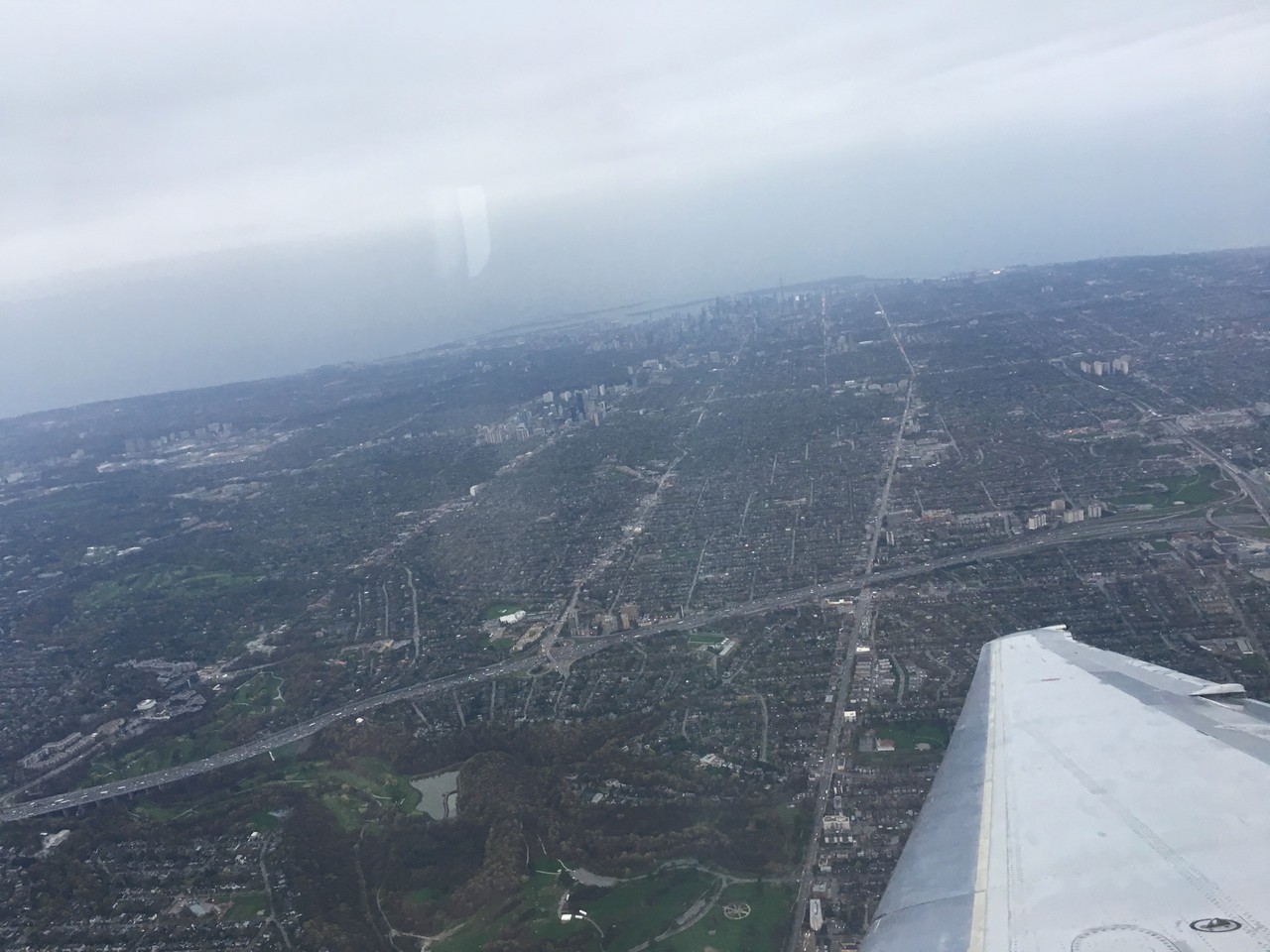 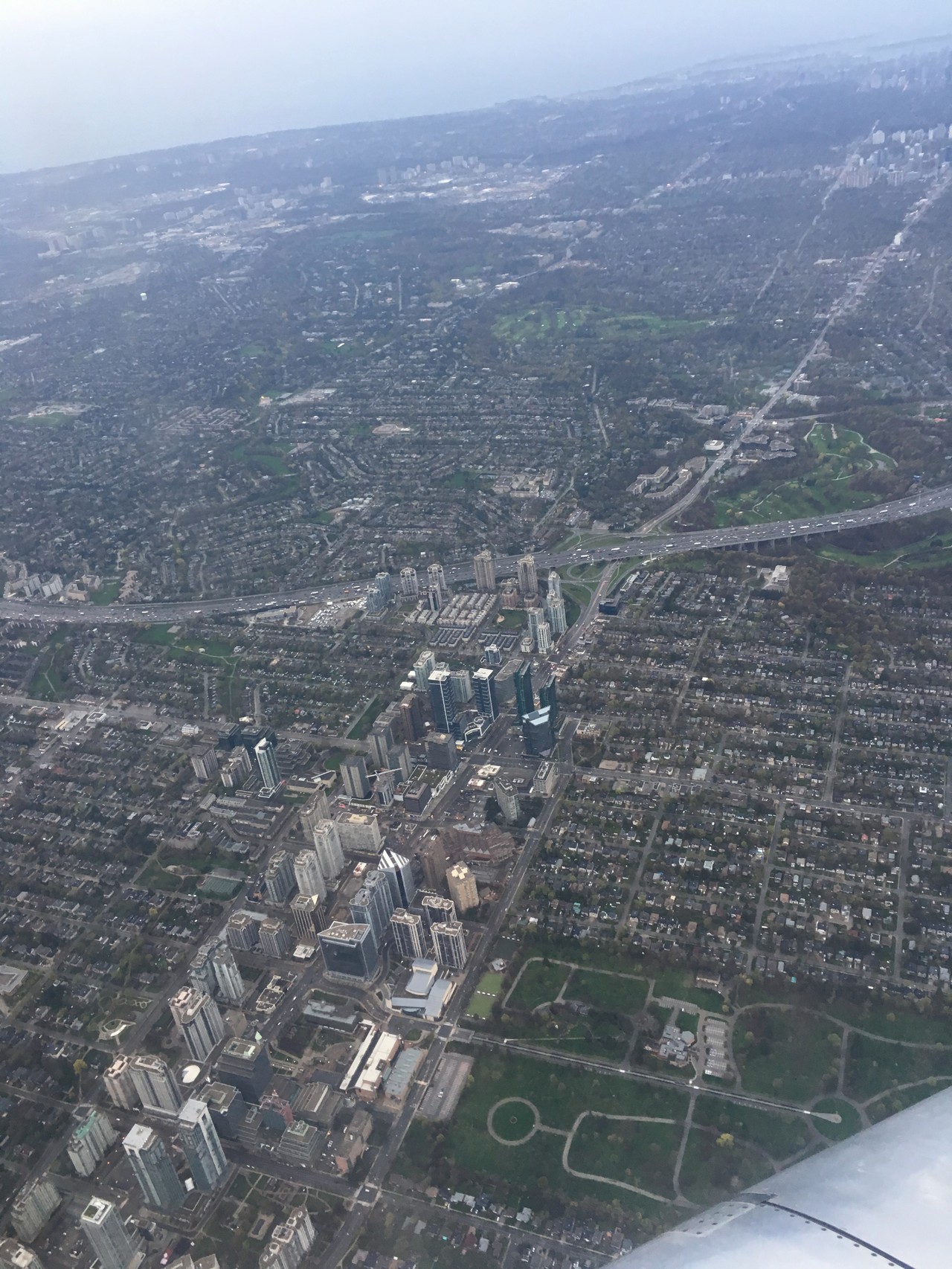 Due to lack of IFEs, I opted for Wifi. Wifi available on DL was actually pretty fast. I took some time out to track our a/c on flightradar24's app. 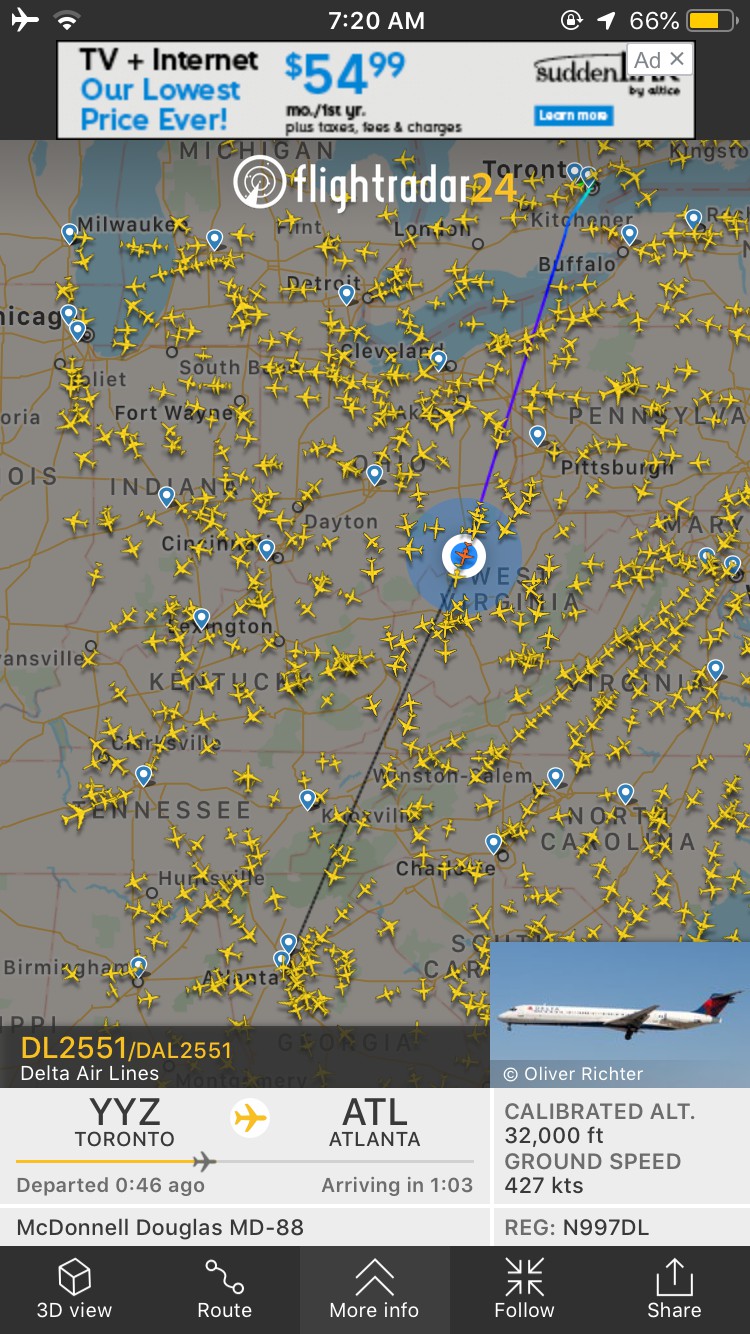 As we neared ATL, vis cleared up, offering an amazing view of the smokey mountains. The contrail seen in the first pic is that of PrimeAir's 767 between TPA and CVG. 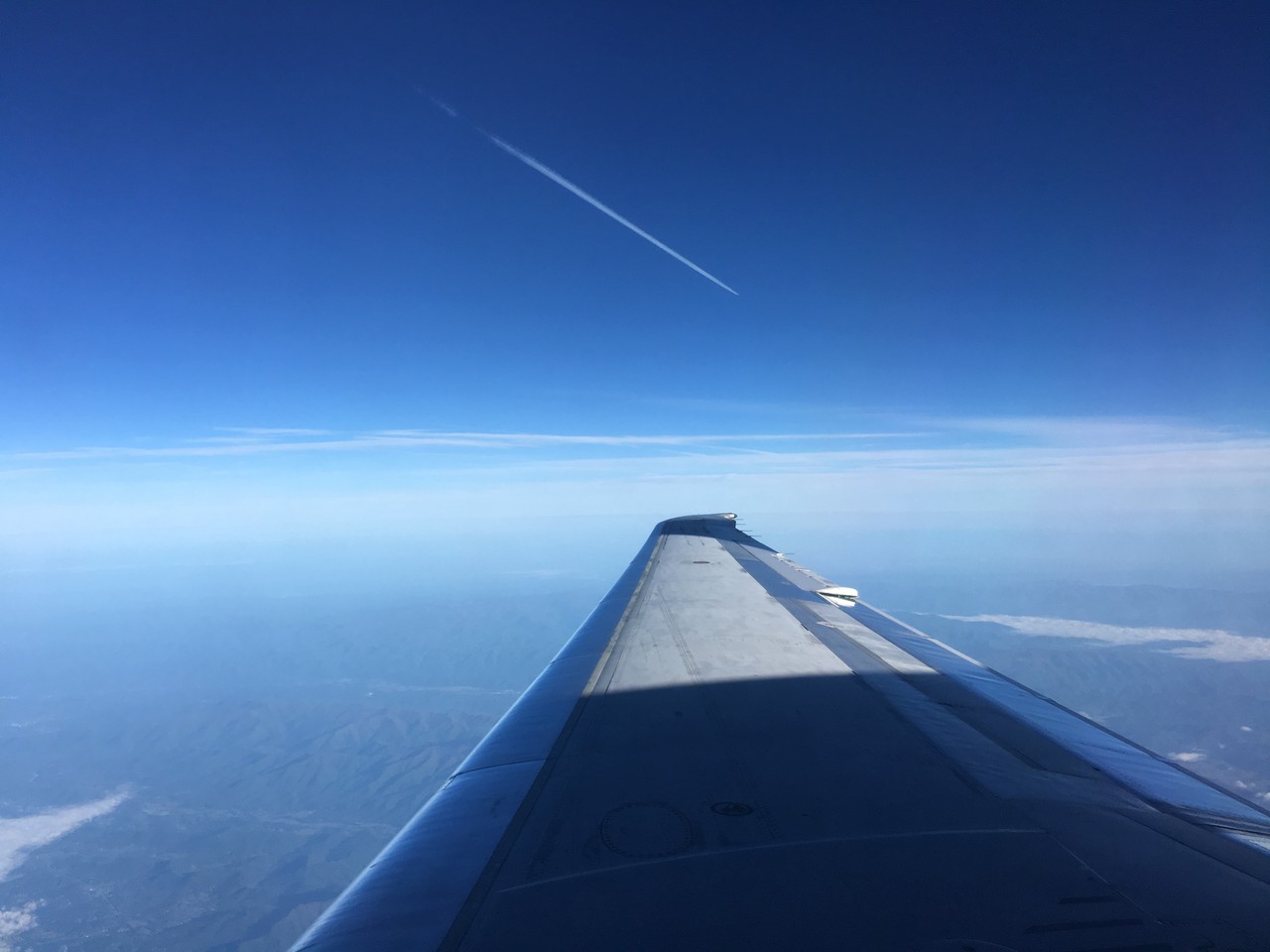 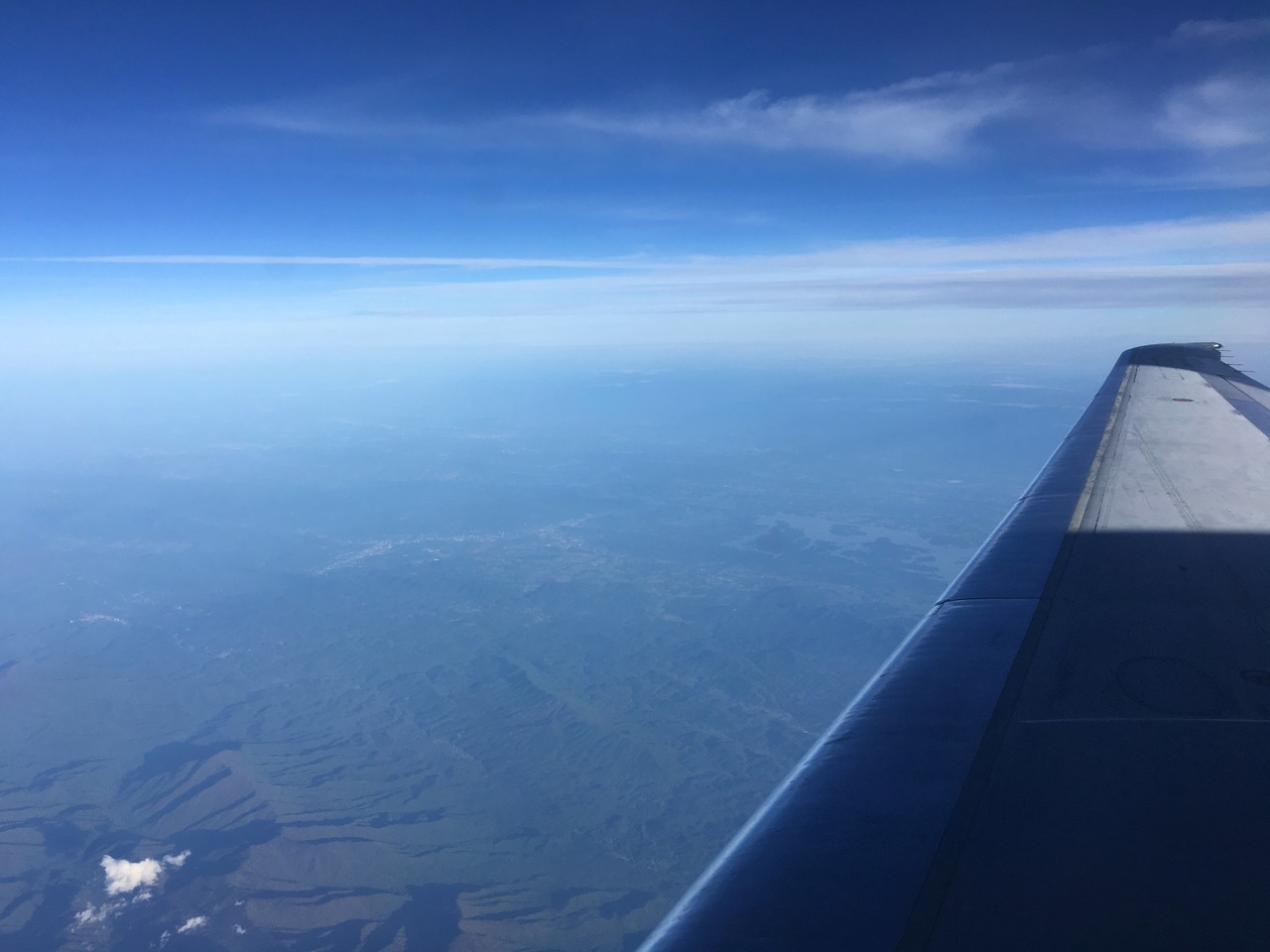 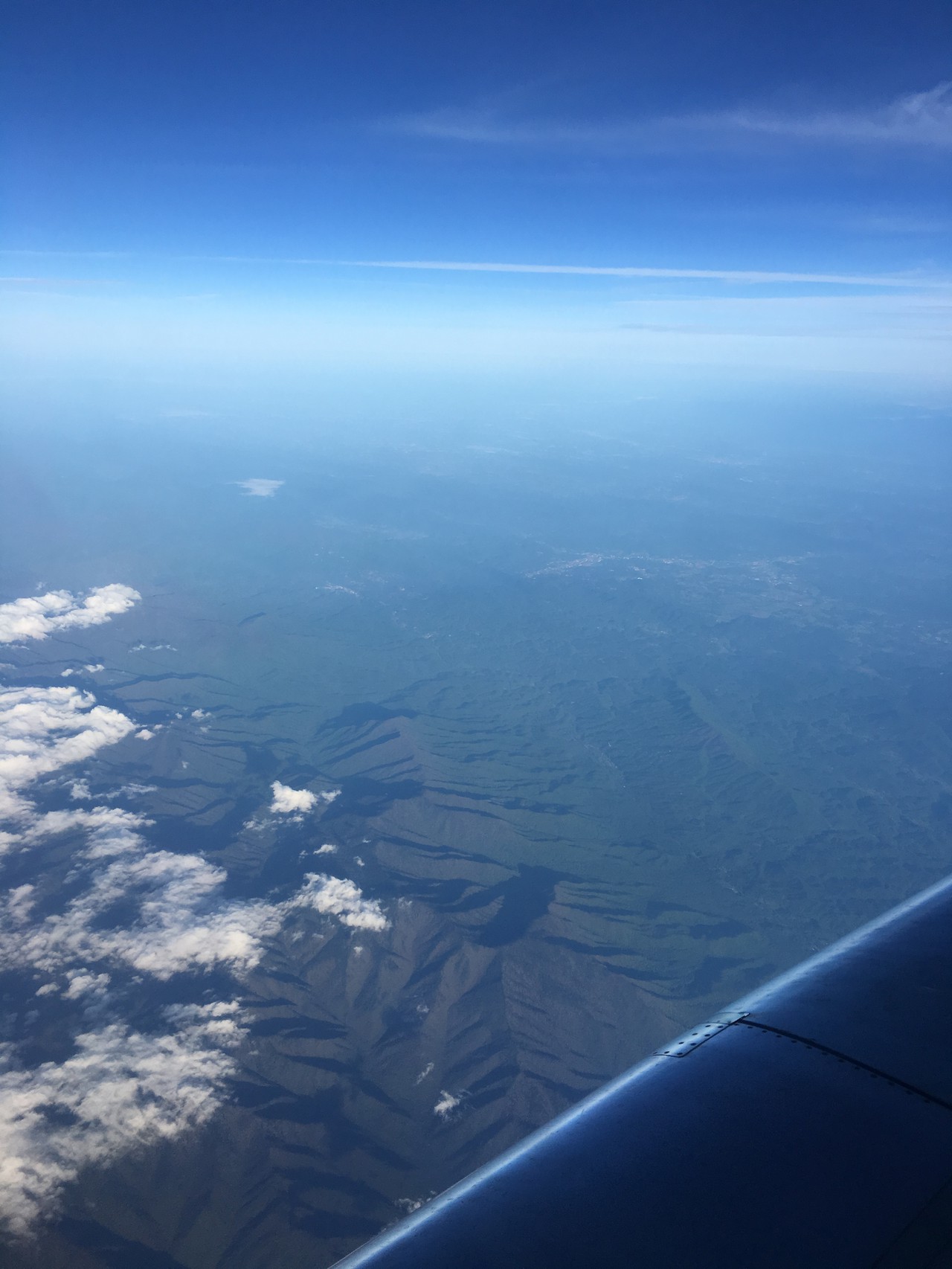 Approach saw views of downtown ATL and other a/c carrying out their respective approaches. 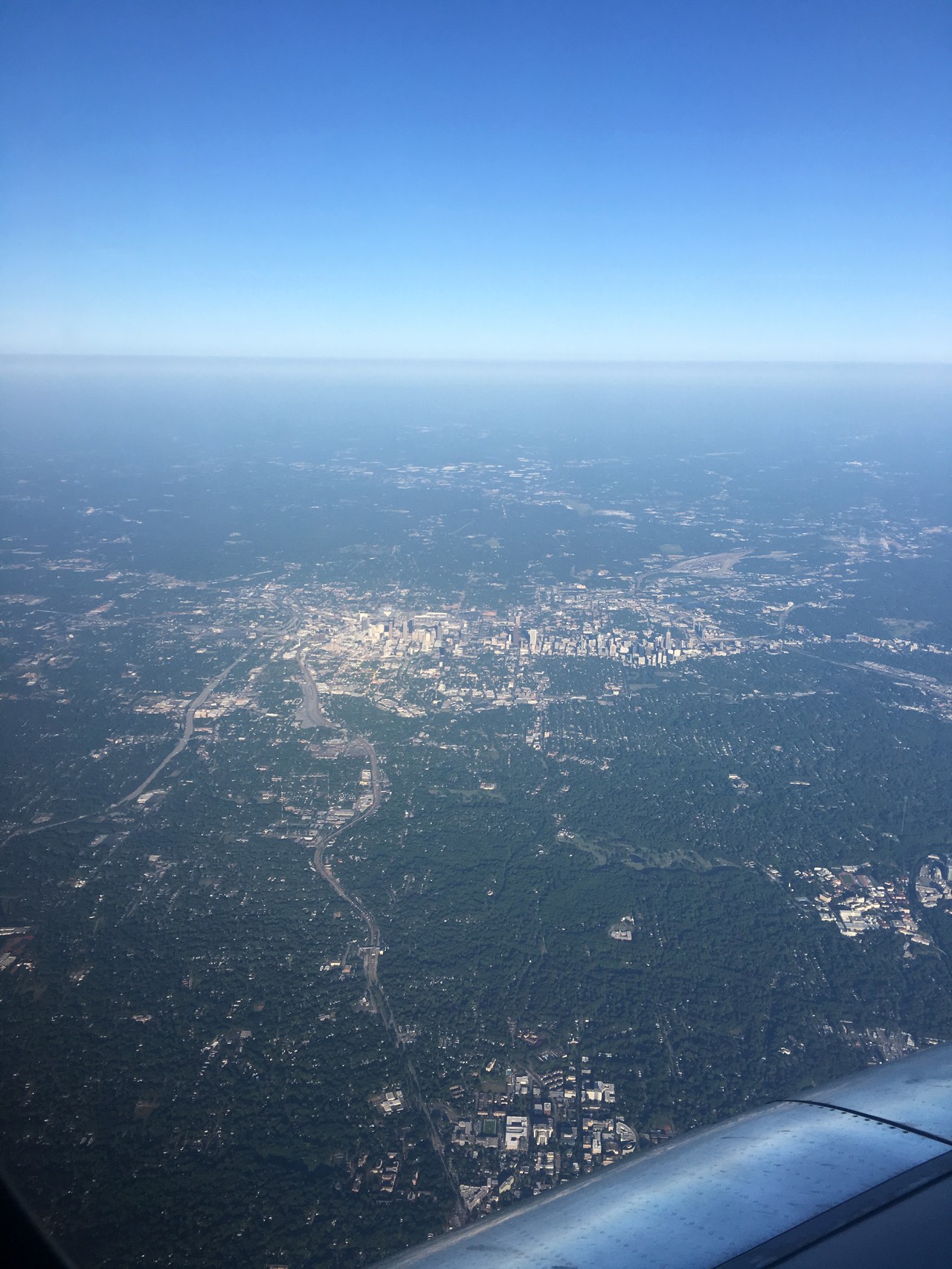 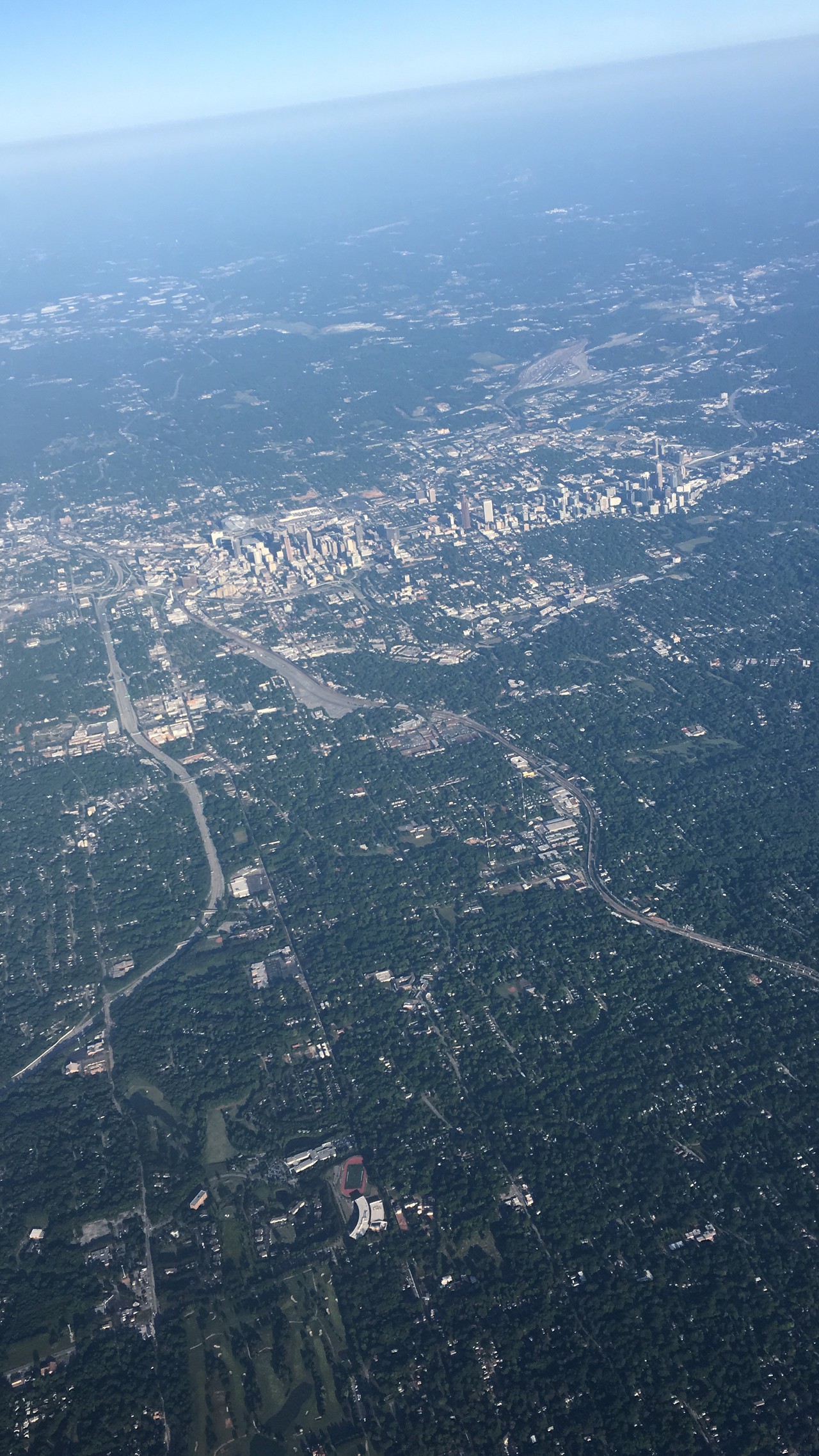 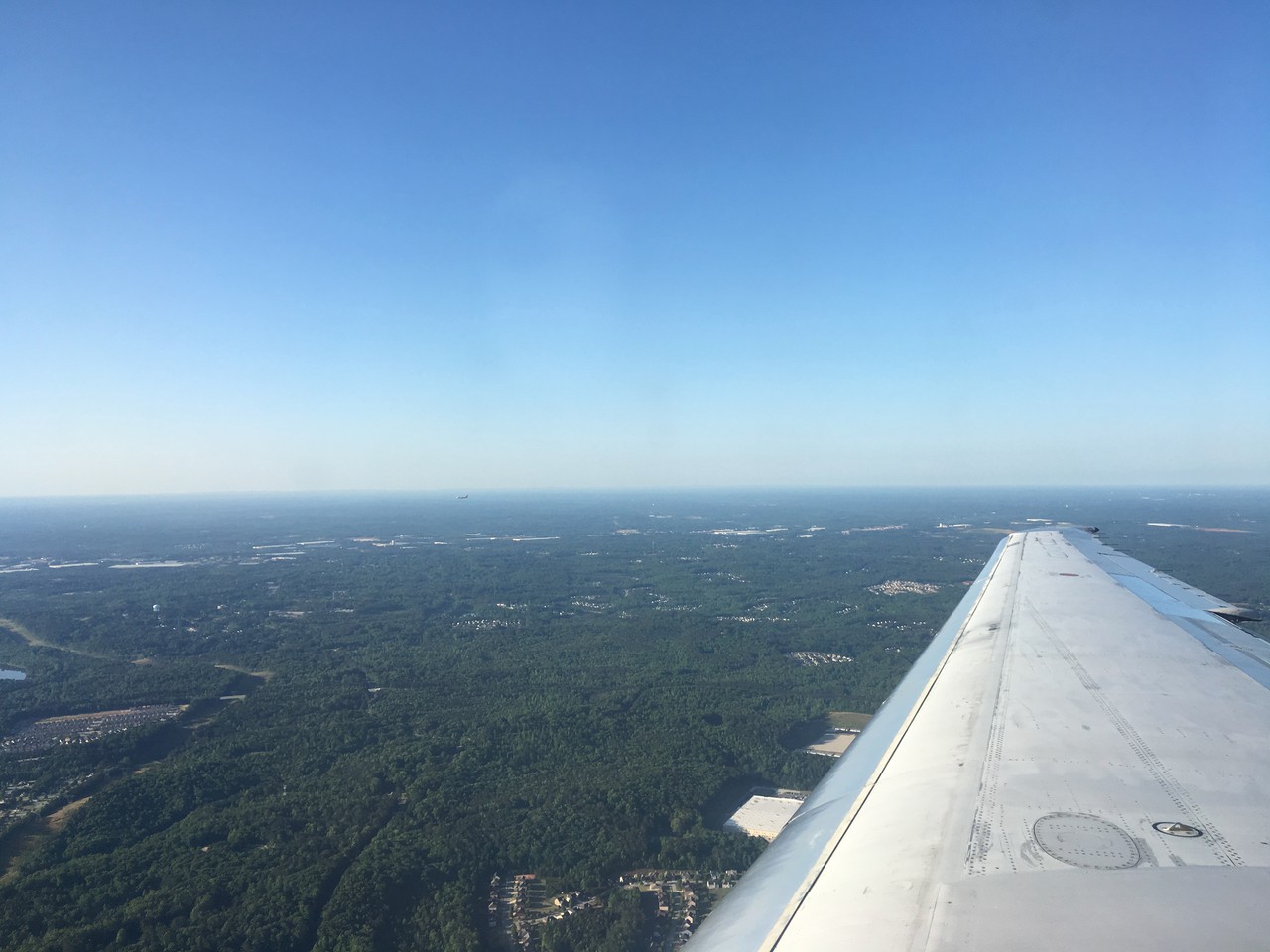 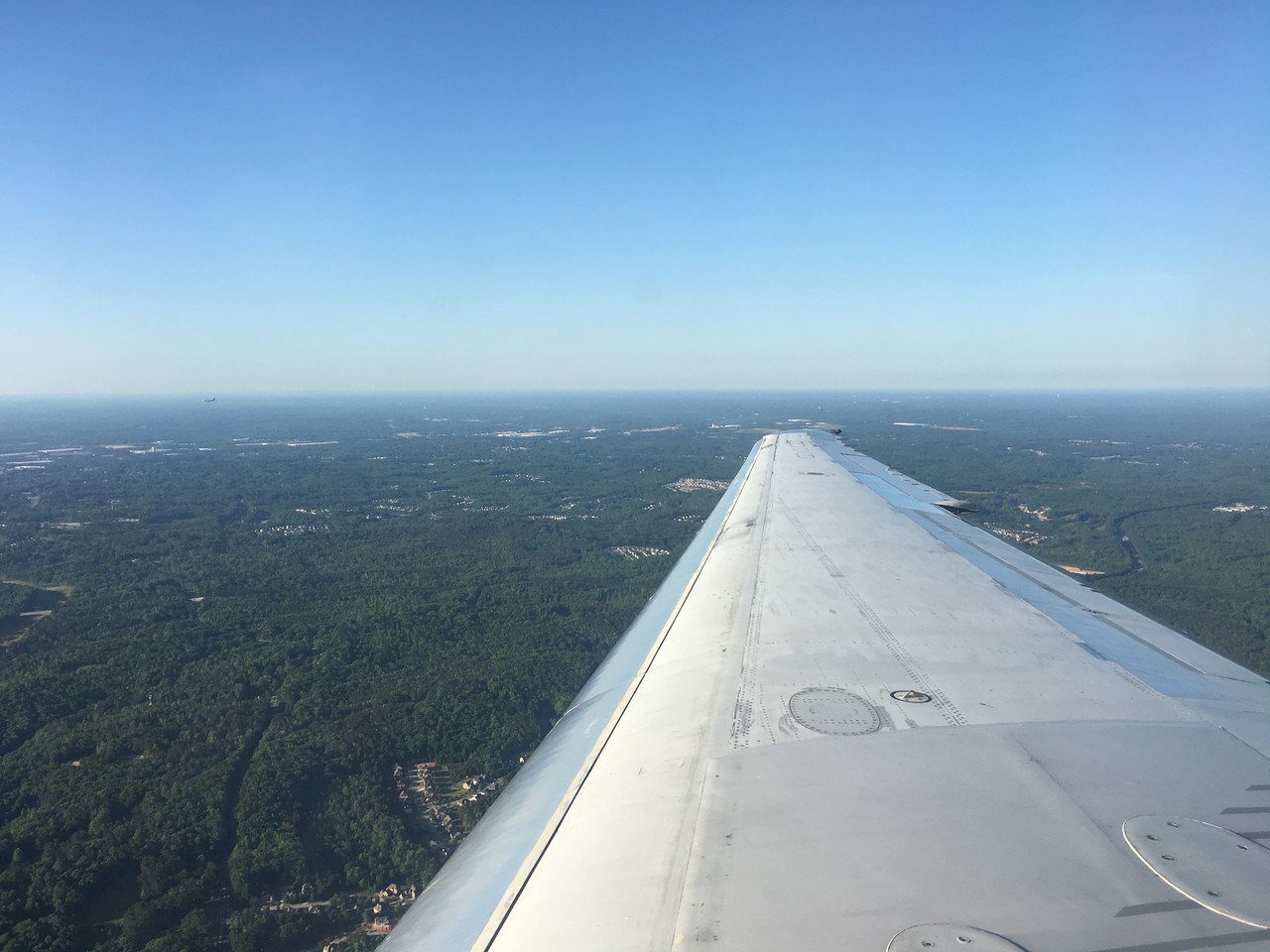 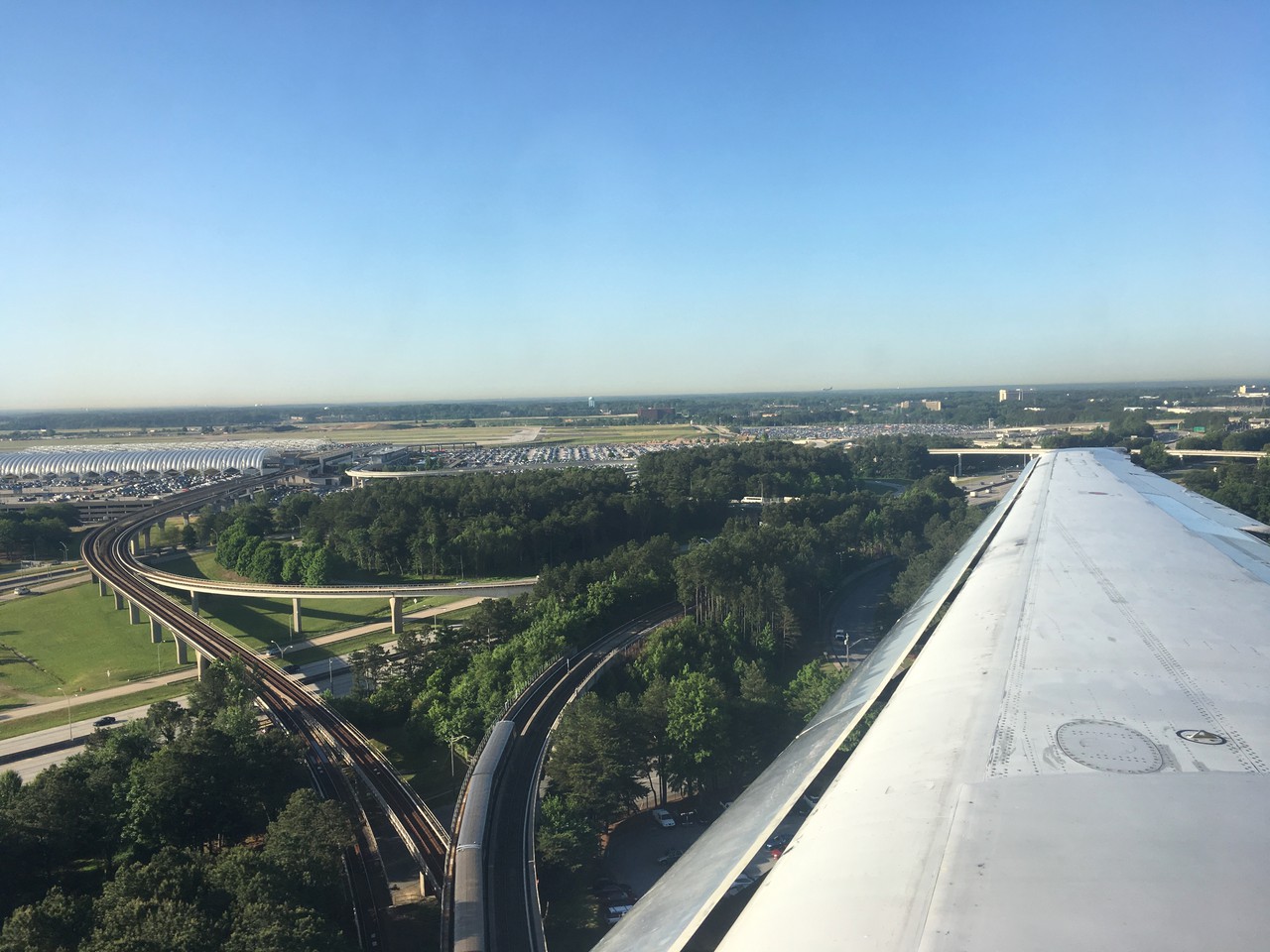 About to have a smooth touch down. 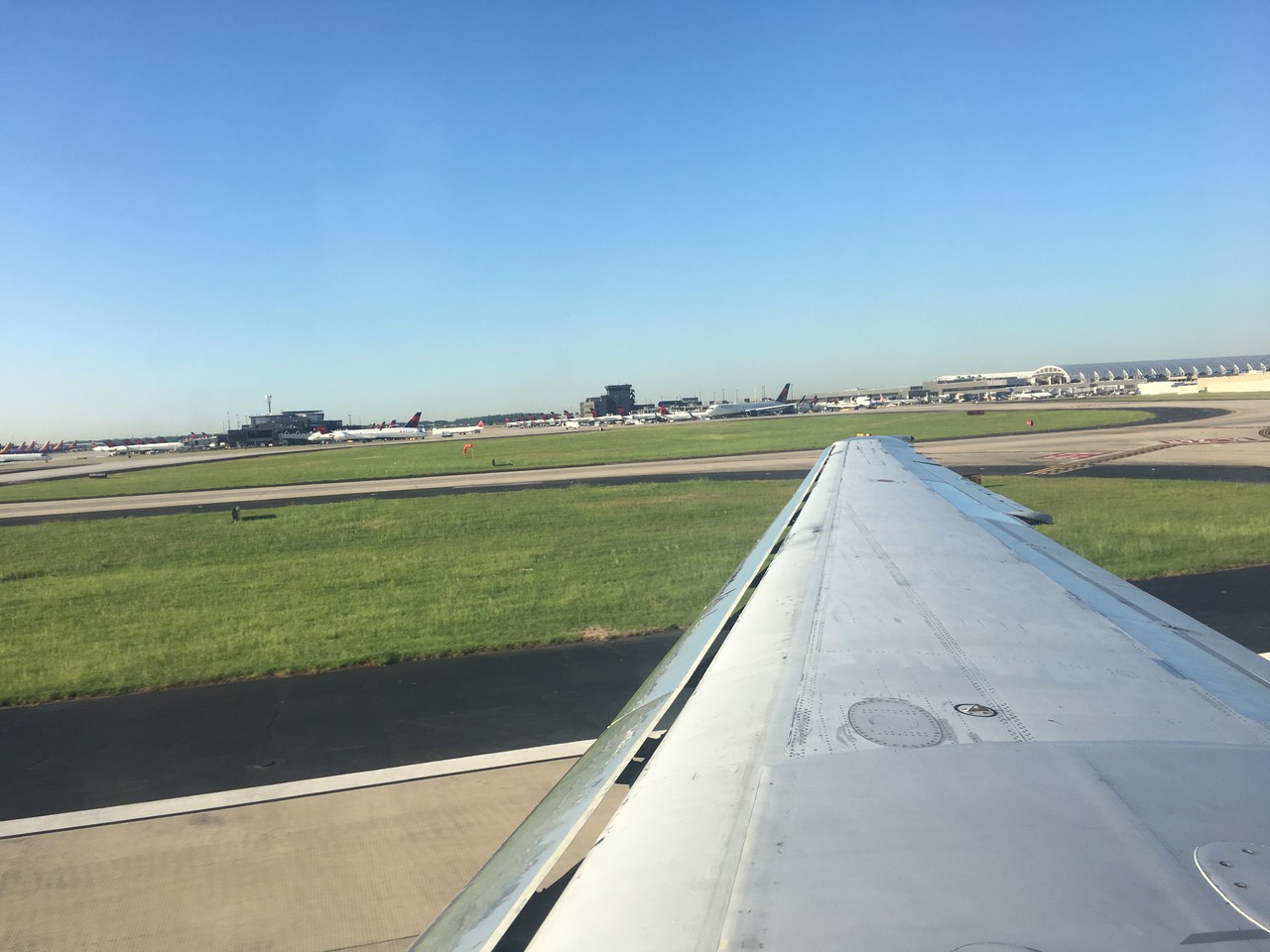 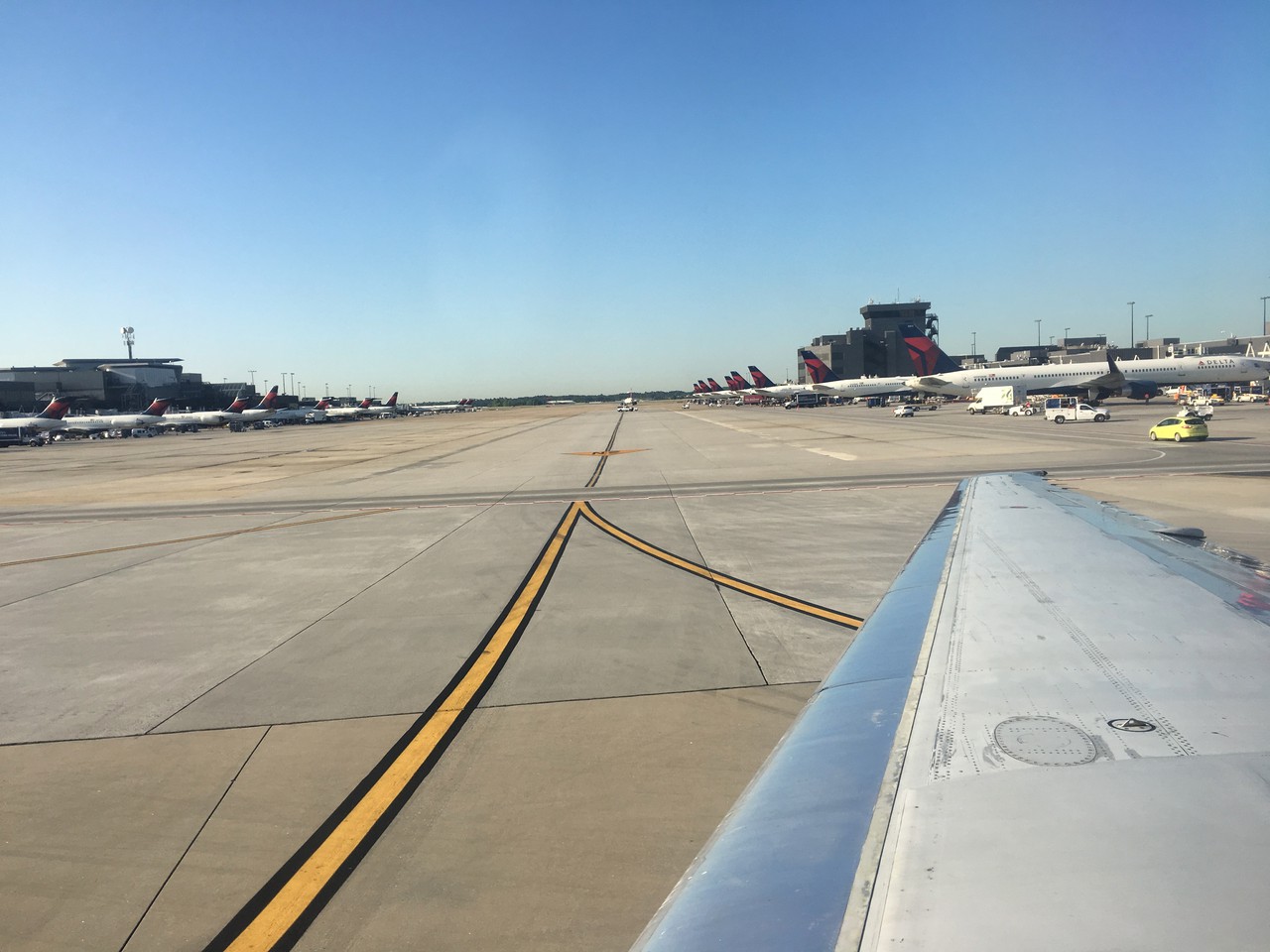 Snapped this before running to Concourse T for my 30 minute connection to MLB. 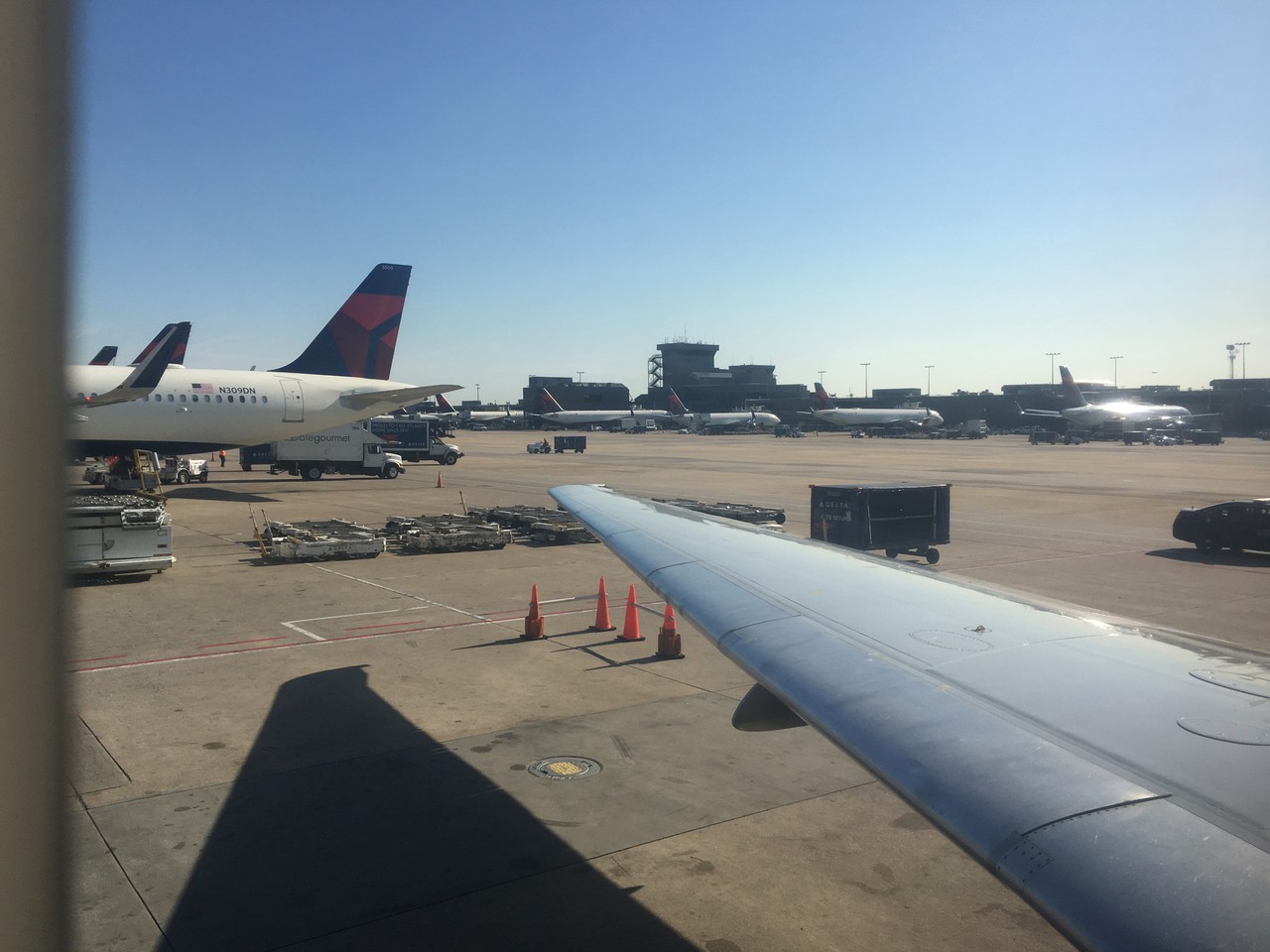 Our route from flightradar24.com 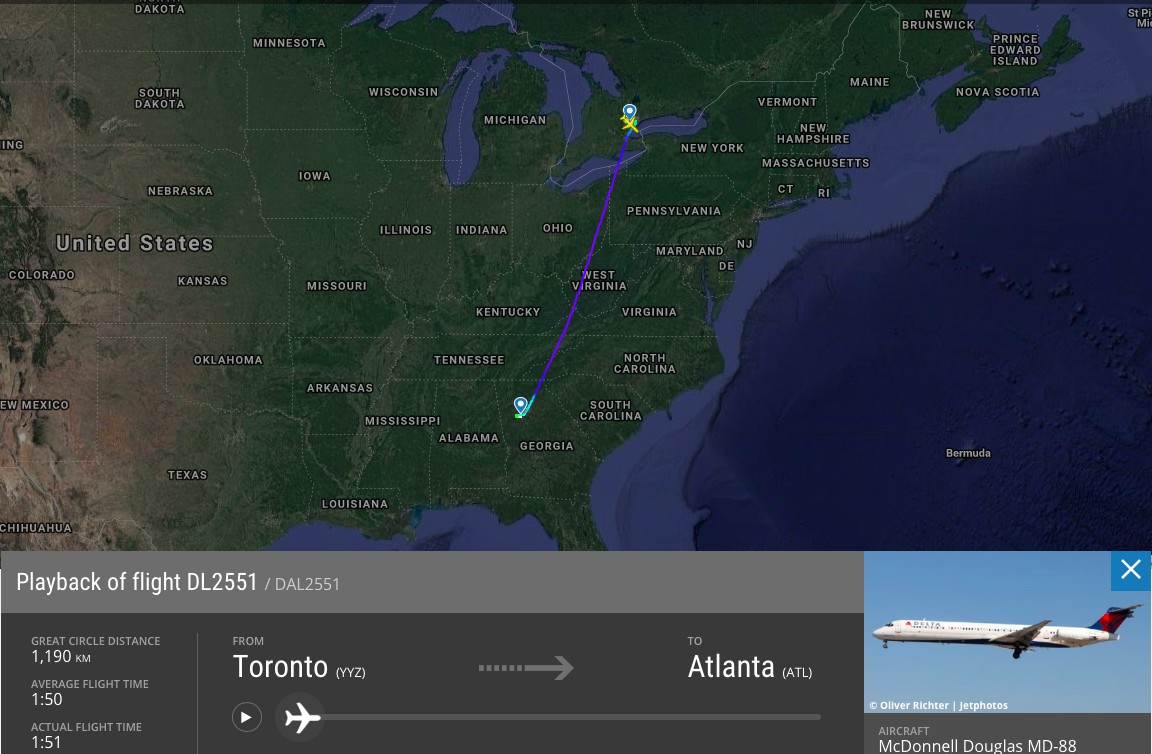 As mentioned in previous postings, this is another typical trans-border flight. Service was average. I actually declined beverage service as the flight was short and I had already eaten breakfast at YYZ.

The contributors of Flight-Report published 5 reviews of 2 airlines on the route Toronto (YYZ) → Atlanta (ATL).

The average flight time is 2 hours and 2 minutes.