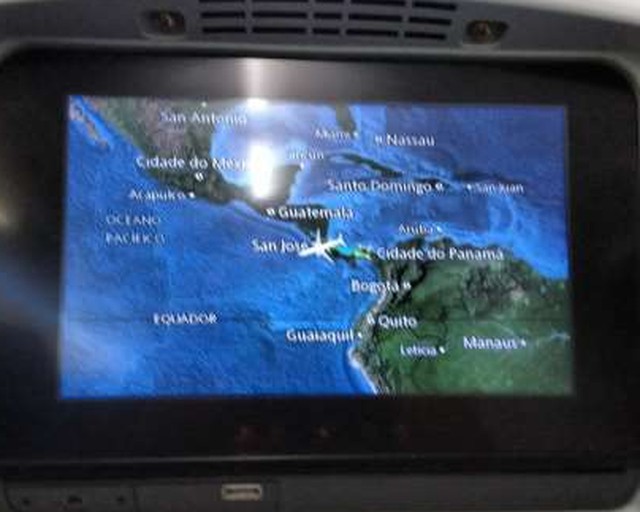 Welcome to this flight report covering the sector SJO-PTY.

Since the flight was scheduled to depart at 04h29 and the last bus from dowtown San Jose leaves at 23h30 I decided to overnight at the airport. SJO is very functional, but from 23h00 there is nothing else you can do but sleeping if you can find a nice spot so I went to the CM check-in counter and was desserted. I was number four on the queue and the agent welcomed me, took my passport and printed the BP; we exchanged some words about the earthqueake and she finally said goodbye.

By the way I had only carry-on with me. 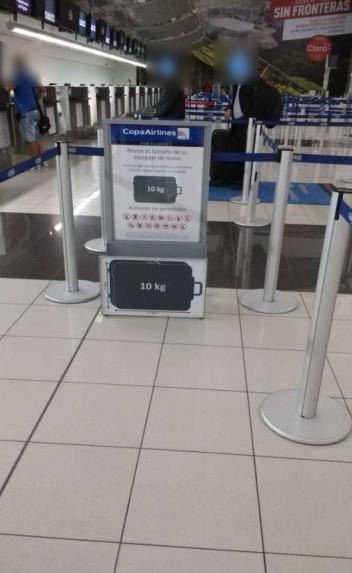 Time to proceed to the gate so the usual walk.
Having flown with Interjet the route MEX-SJO-MEX several times I remembered the old days… 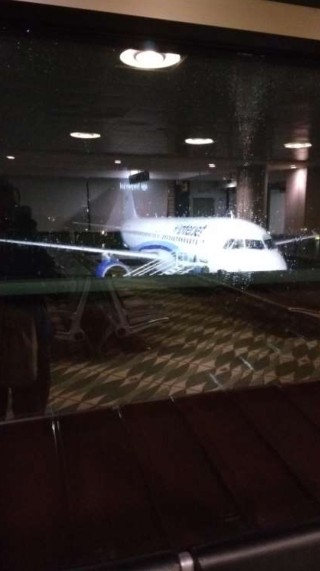 You can find a café and souvenir store airside, and I spent my last Colons there. 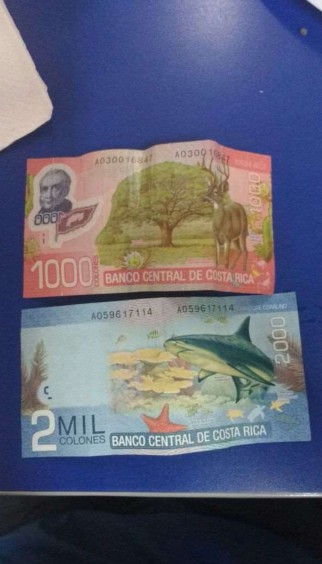 I even found a jaguar waiting for a flight and he even requested me a selfie! 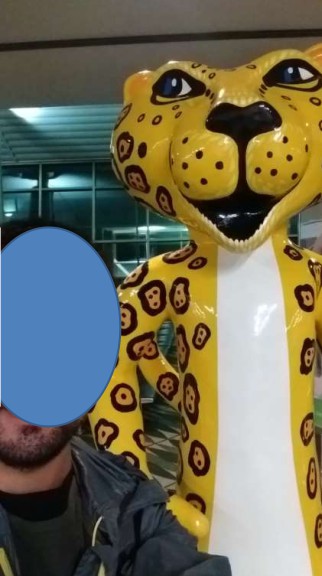 A clean airport is always welcome and I respect the hard work of the cleaning staff. 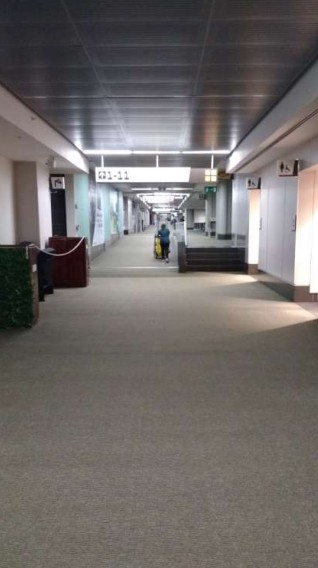 I thought this would be my aircraft but in the end I boarded another one. The rain got heavier. 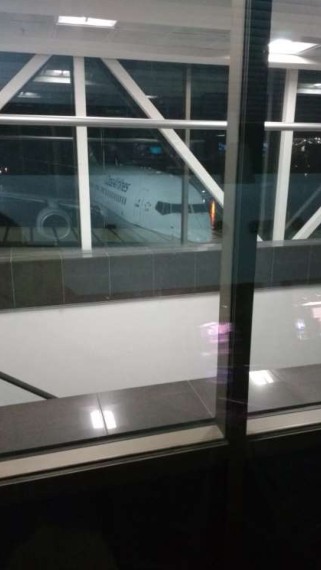 I found the decoration marvelous …
Only in Costa Rica. 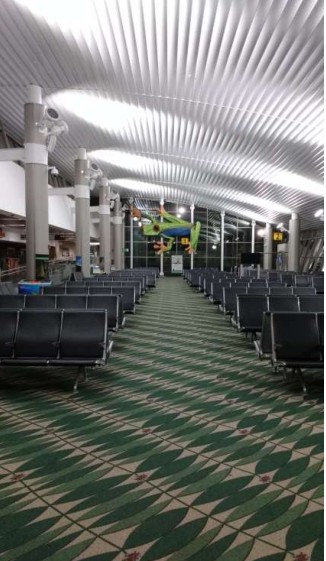 At the assigned gate plenty of people already sat in the chairs, and since I was reading a book I decided to sit on the floor, it had a carpet covering it and was not cold at all. I took advantage and charged my cell phone. A few passengers were working in their lap-tops prior to boarding and by the way, priorities and groups were respected. The photograph was taken when the crowd boarded, so I even had time to sit and watch the boarding process. 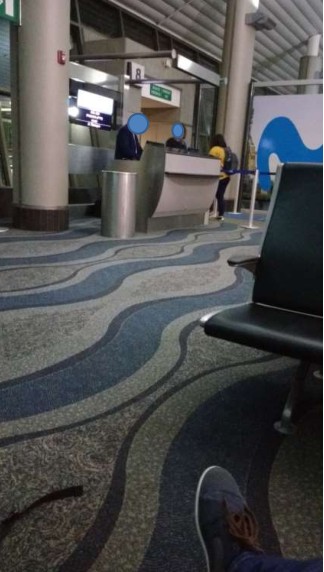 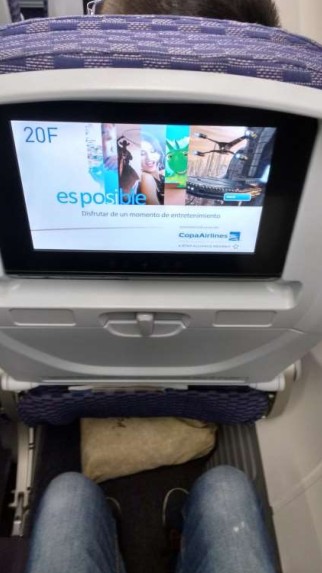 Mexican visitor having a rest before its flight back home. 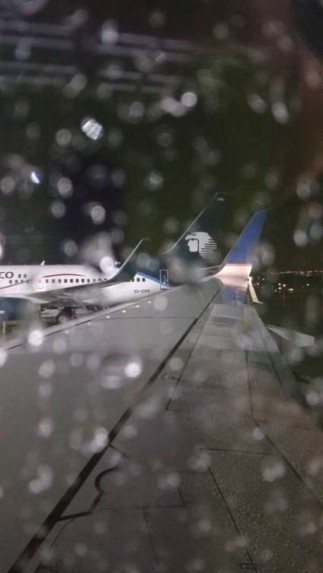 I could not take the aircraft registration number, but, I can say that was in very good conditions and the atmosphere onboard was fresh, with no hassle at all. The only thing that I don´t like about Copa is the lack of blankets and pillows in Economy I just can’t get over it. 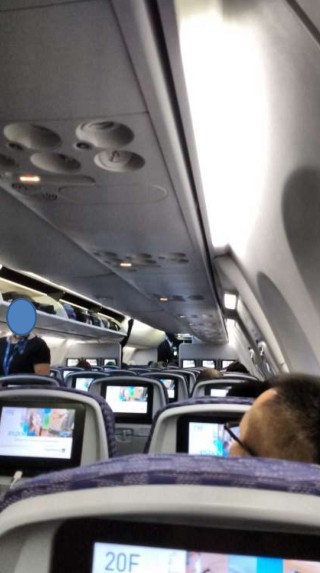 While taxing you could take advantage of the IFE because it was on since we started the pushback. The Captain welcomed us and explained the flight route, weather conditions and he said: “please enjoy the service that the cabin crew will offer you in this flight”. 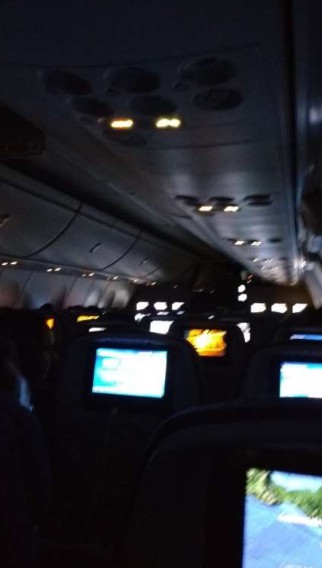 After take off we had unique views of the city lights it was a little turbulent and despite the rain was a lovely take off. When the aircraft leveled the cabin crew started the service and special orders were delivered first, and I had one that I was able to select while booking. I consider that this service was appropriate taking in consideration this flight duration. 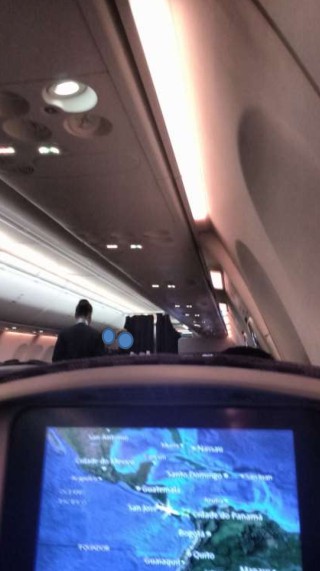 The tray as handed.
The first round consisted of the meal trays according to the passenger’s selection and the second round provided the soft beverages. 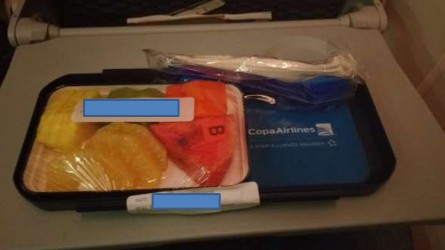 The service was provided in a quick way and almost all passengers were up expecting the service.
Meanwhile, I had this view of the sunrise. 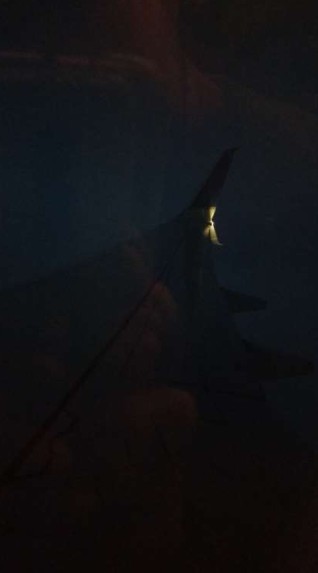 Beverages cart finally at my row and I asked OJ and Costa Rican coffee.
The plait fruit I selected while booking had orange, watermelon, papaya, kiwi and pineapple slices.
The regular selection was meat empanada. 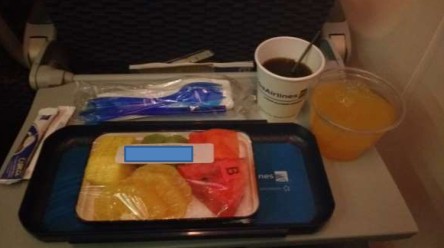 After few minutes the descent was announced and the cabin was prepared with FA´s checking the seat belts fastened and the absence of any carry-on over the aisle or emergency exits. 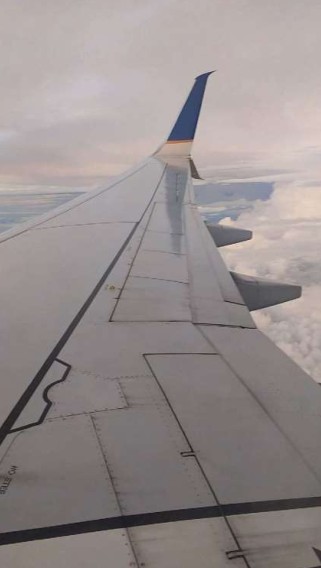 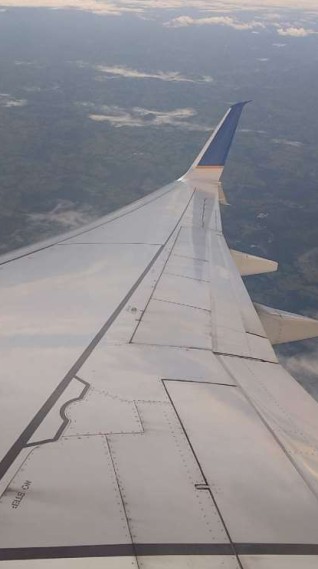 We landed and this is how the cabin looked prior to disembarking the aircraft. I thanked the FA´s for their professionalism and found my way to the arrivals area 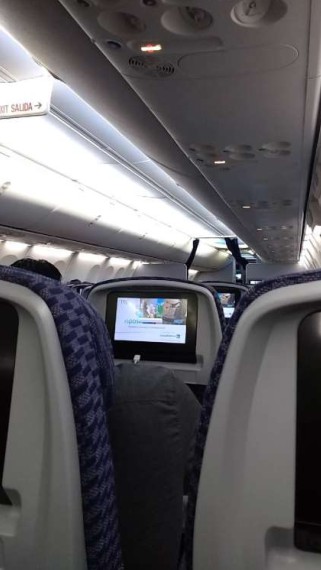 The second sight at PTY after CM airplanes: exhausted travelers having a break anywhere around this active airport.
Thank you for reading this Flight-Report. 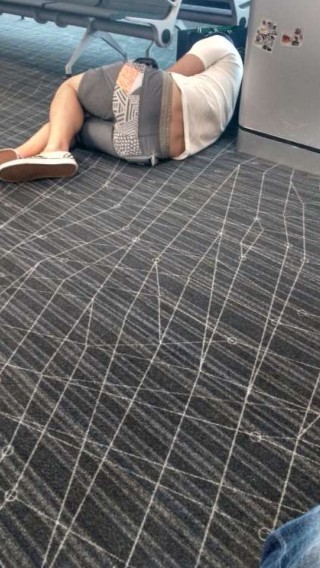 CM proved to be an efficient airline this time because the crew was so friendly and approachable that all in all made the flight smooth to all passengers so nothing else to say.

The airline with the best average rating is Copa Airlines with 7.1/10.