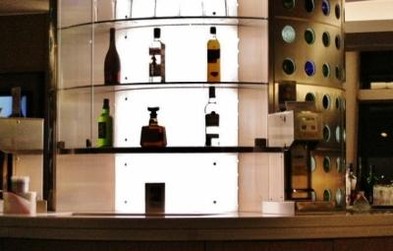 By jetsetpanda 5144
Published on 10th November 2013
Tokyo is unique and there is no other city like it on earth, that's for sure. I was taken under its spell and I now rank it one of my favorite cities in the world right behind Paris. During my short 6 days stay I felt that I barely scratched the surface of this huge metropolis which can be described as relatively safe, energetic, trendsetting, stylish, clean and polite among other things. It is a place of infinite possibilities that seems to cater to every whim and desire and that is what makes it exciting at the same time.

The sheer size of it can be overwhelming and Tokyo is best tackled one neighborhood at a time. Like Paris, I noticed that each neighborhood had its distinctive character that contributed to the charm of the city as a whole. Within downtown Tokyo the subway system is pretty convenient to get around. Just remember that underground transportation is divided into two major systems - the Toei and the Tokyo Metro lines. Some stations are also connected to the JR (Japan railways) lines and at times it is quicker and more direct to just use the JR between certain points. The first couple of days I purchased an all inclusive Tokyo Transport Pass that allowed me to use all transportation systems (JR trains, Tokyo Metro and Toei subway, Toei streetcars and buses) within downtown Tokyo for 3,000 yen for 3 days. This pass is only sold at Haneda or Narita JR East Travel Service Centers. Eventually due to my hotel central location, I only used a 700 yen daily pass valid for Tokyo Metro subway only.


Food, glorious food! A few things that I ate while in Tokyo.

One of the most authentic and cheapest places to eat in Tokyo is in a canteen at the Tokyo Metropolitan Government Building where most office workers take their lunch breaks.


Tempura and noodles lunch at a food court


Canelé and macarons at the Intercontinental Club during afternoon tea


On my last day in Tokyo I decided to take the airport limo bus in the evening from the Intercontinental ANA to Haneda. Ticket was 1,100 yen per person one way and I conveniently purchased it from the concierge. There is a waiting area one floor below the front desk and an attendant will ask you for your ticket upon checking in. Once on the bus, the attendant and bellman will give you a last farewell bow as you go on your way to the airport. Within 30 minutes we arrived at Haneda and the JL counter was pretty empty. I inquired if seats 1AC were open and the agent gladly changed us to our new seats.

Going through security was painless, quick and efficient. Afterwards the immigration agent stamped my passport and I was inside. I proceeded to the Sakura lounge and once there the front desk attendant welcomed me with a smile. First impression was very positive. I passed through a glass wall that was softly lit with the silhouette of a cherry blossom tree. What a way to make a visual impression and at the same time convey the beauty of Japanese culture.

On the opposite side of the wall you can find lockers with a security camera hovering at the top.

The showers are located near the entrance as well and I noticed several stalls - maybe 5 or 6 and there was already a waiting list when I inquired about using them. The attendant gave me a buzzing device to page me when it was my turn. I waited about 35 minutes and then the buzzer went off.

The shower room was small and there was no toilet, just the shower and a sink. There were some basic toiletries and soap/shampoo came from a big dispenser by the shower.


After an invigorating shower I hit the buffet for some munchies. There were several attendants in plain view making sure that dishes were replenished and cleaning up after customers.

The lounge is divided into different seating areas with a nice buffet layout offering hot food such as curry pork, steamed rice, udon soup with duck, dim sum, an assortment of cold salads, rice crackers, pickles and other tidbits. Soft and alcoholic drinks were readily available to help yourself to.


Boarding was announced and I headed to the gate which was conveniently located right by the lounge. As luck would have it I was selected for secondary when my boarding pass was scanned and I was shown to a corner of the gate manned by a male and female agent. The lady asked me to place my carry-on on top of a table and proceeded to swab my hands. Afterwards the swabbed sample was inserted into a machine and I was cleared to go. At the door of the plane the purser welcomed me onboard and I soon settled into seat 1A. The amount of legroom was quite generous and I am sure that these seats are easily the favorites for many frequent flyers. A small plastic kit with basic toiletries and a pair of slippers were already in the seat pockets.

A few minutes later I noticed an inebriated passenger who stumbled on his way while boarding the plane. He then sat across on seat 1H with an empty seat next to him. I was surprised that this gentleman made it past the gate but I guess he was not that drunk to fly. To his credit this passenger behaved rather well going to sleep right after take off without bothering anyone and waking up shortly before touchdown. In the meantime, FA's offered magazines and newspapers.

The door was shut and FA's prepared the cabin for departure. A few minutes after take off beverages and menus were passed. Due to the late nature of our departure there was a short snack service followed by a Japanese or Western breakfast set before arrival. In the meantime, one could order anything from the anytime you wish to eat menu if you can't sleep and feel like eating something substantial. After the quick snack service FA's took orders for breakfast and lights were dimmed to maximize sleep.


Cabin and bulkhead seat with plenty of legroom


Small snack after take off

Order in the Sky


Mariage - for the side of your favorite wine -


I tried to sleep for a couple of hours and after waking up I decided to visit the galley.


The flight was uneventful and FA's once again provided superb service with a professional and attentive disposition. I even saw them still serving passengers within 30 minutes from landing.

In closing I encourage everyone to visit Tokyo at least once. It is a fascinating metropolis that does not disappoint and one that has truly earned its place as one of the greatest cities in the world.

Another great trip on JAL. I liked the service of a small snack for everybody this late at night with the flexibility to order from the a la carte menu for those wanting something more substantial.

The contributors of Flight-Report published 7 reviews of 2 airlines on the route Tokyo (HND) → San Francisco (SFO).

The average flight time is 8 hours and 3 minutes.