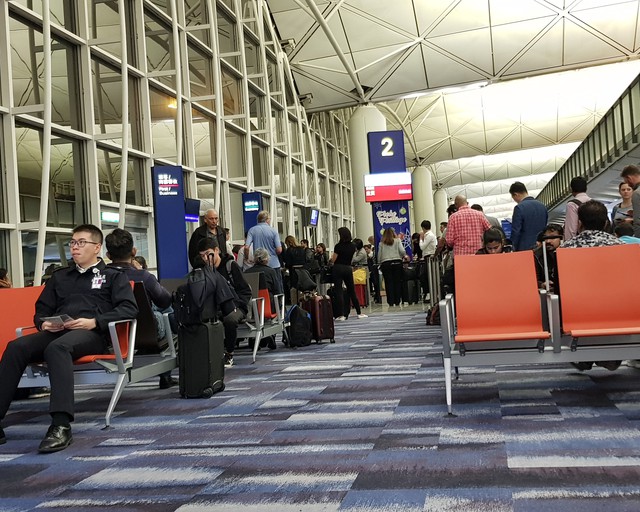 This is trip report is from Nov 2018. I was transiting through Hong Kong. Arrived from Sydney and had 2 hour 20 minute of transit. Read Trip Report Cathay Pacific B-KQT CX162 Sydney to Hong Kong

After completing security,  took escalator to the departure area. I had a to charge my phone and camera battery. Found a charging point and waited. 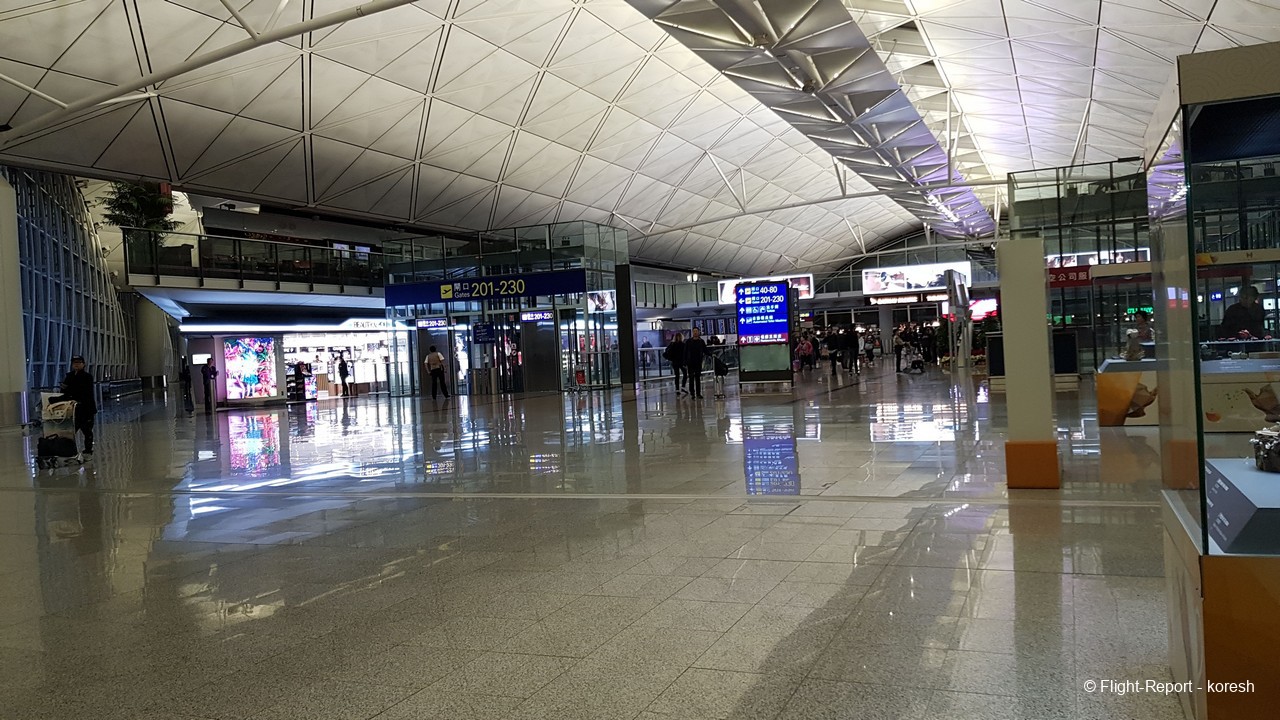 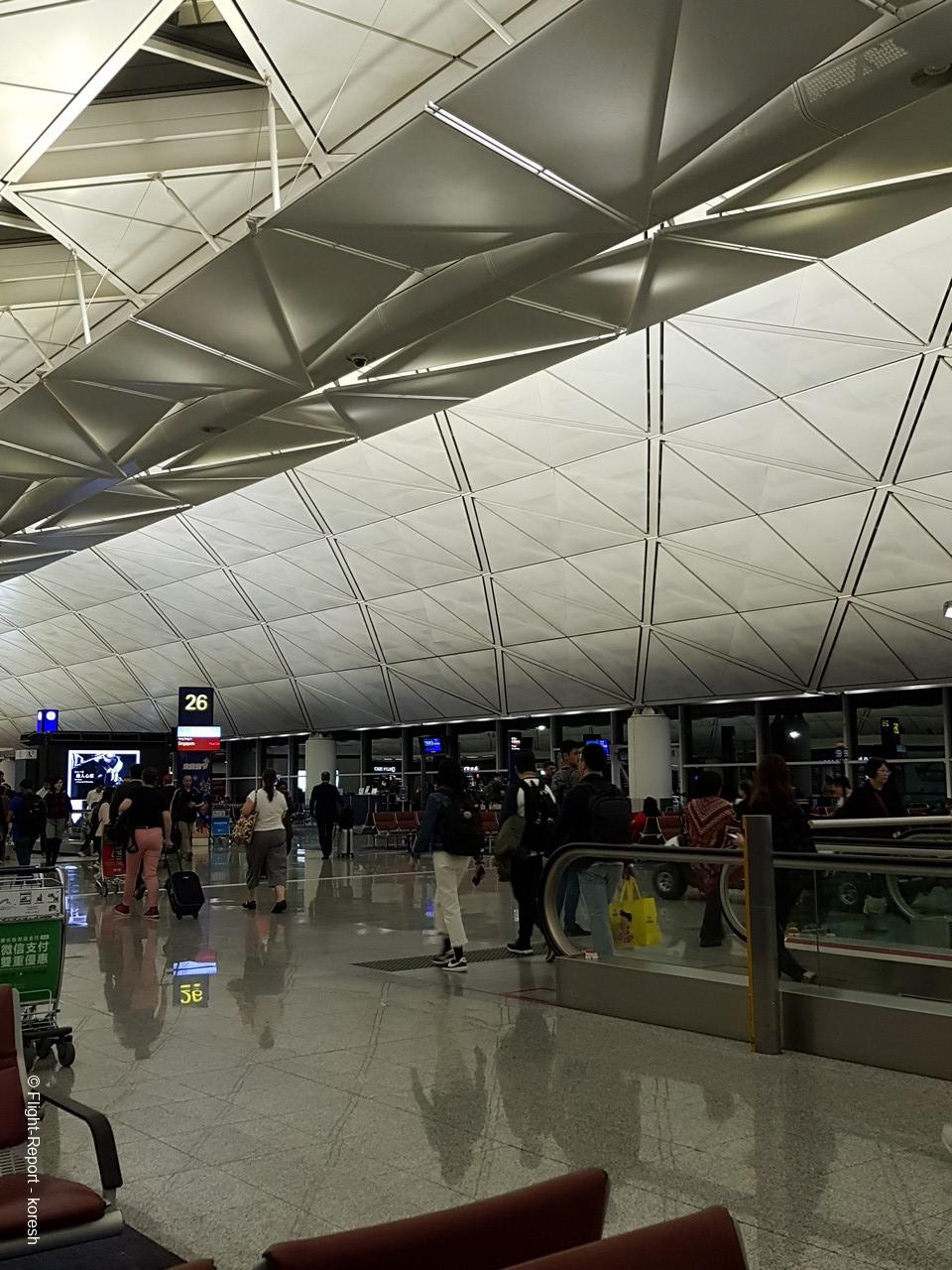 After charging phone for almost an hour. 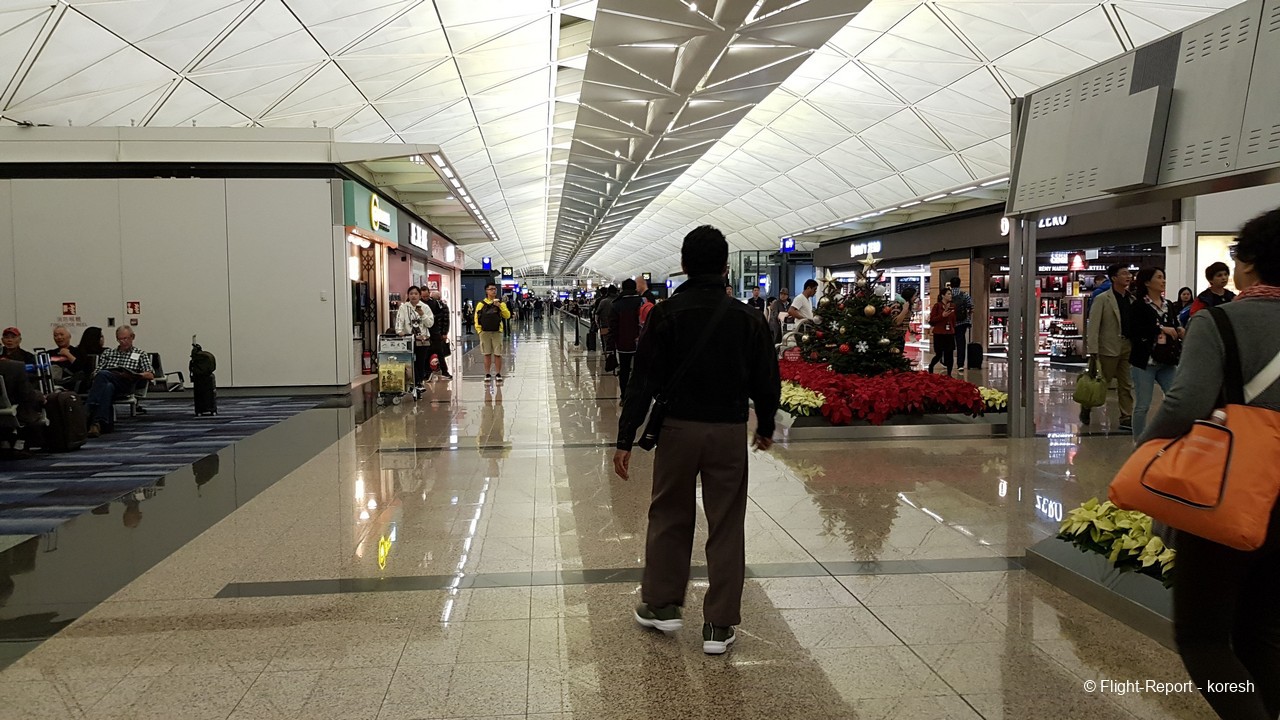 Checked boarding gate information and then followed the signs. 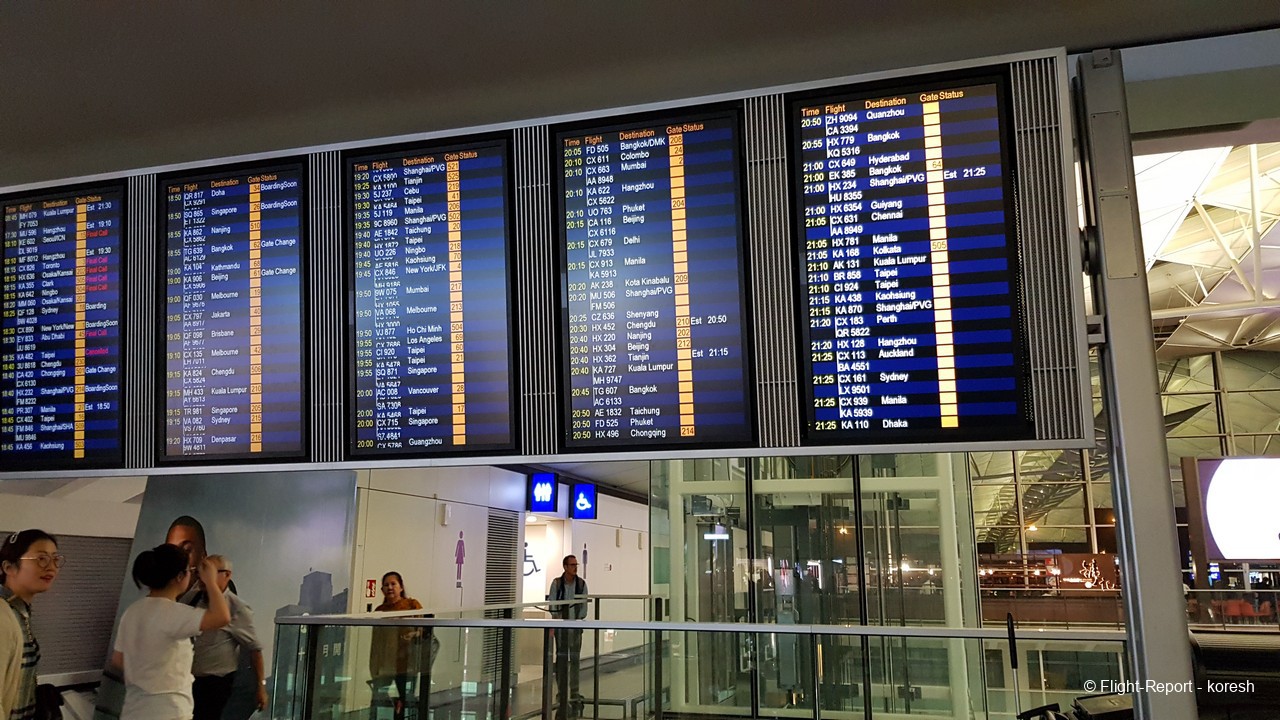 Boarding gate yet to open. 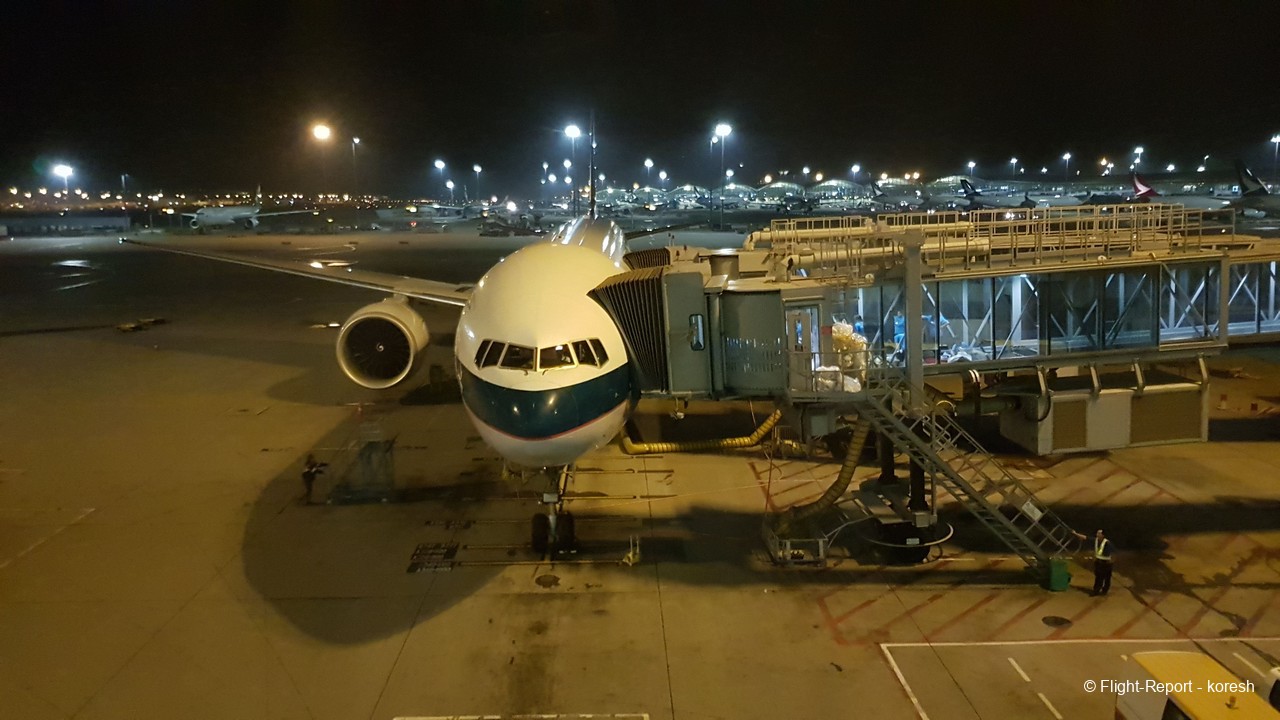 Passengers queued up in front of gate 2. 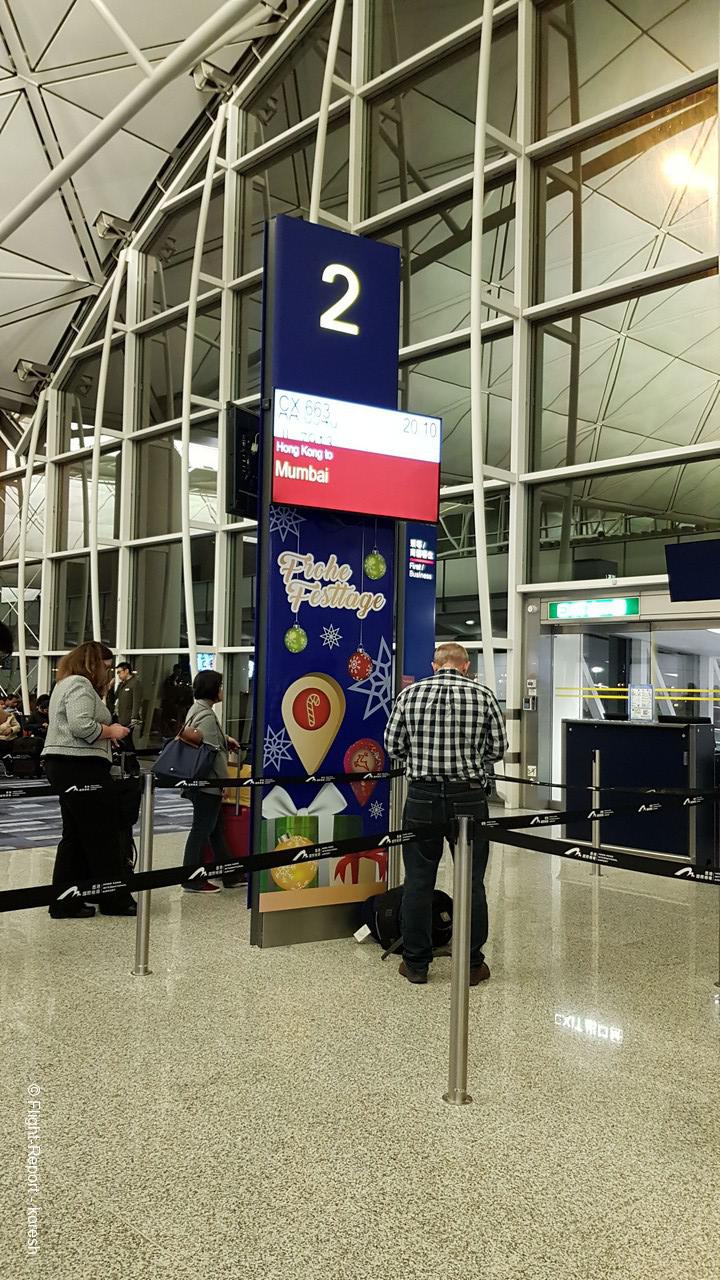 Waiting area was not full yet. 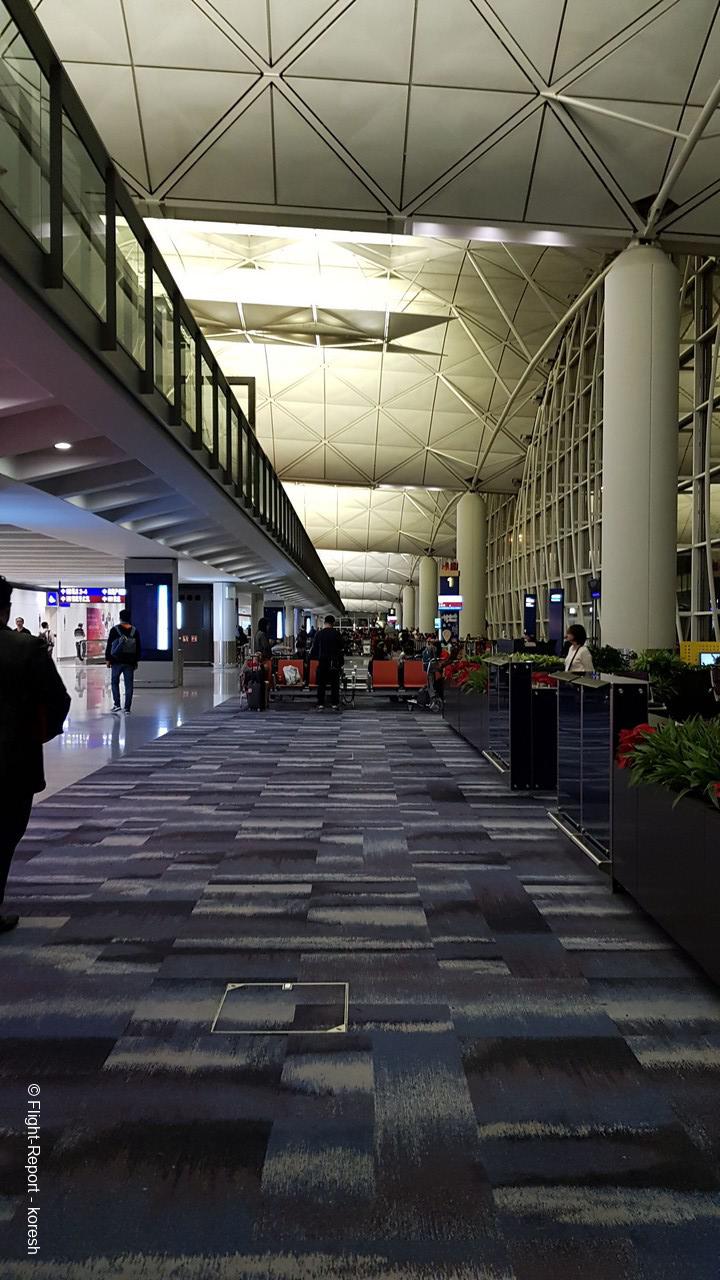 I decided to some food. A bad decision, as food was not ready and it was almost boarding time. I had to return the buzzer and back to boarding gate.

Queue formed for boarding. Passport and boarding pass was checked. 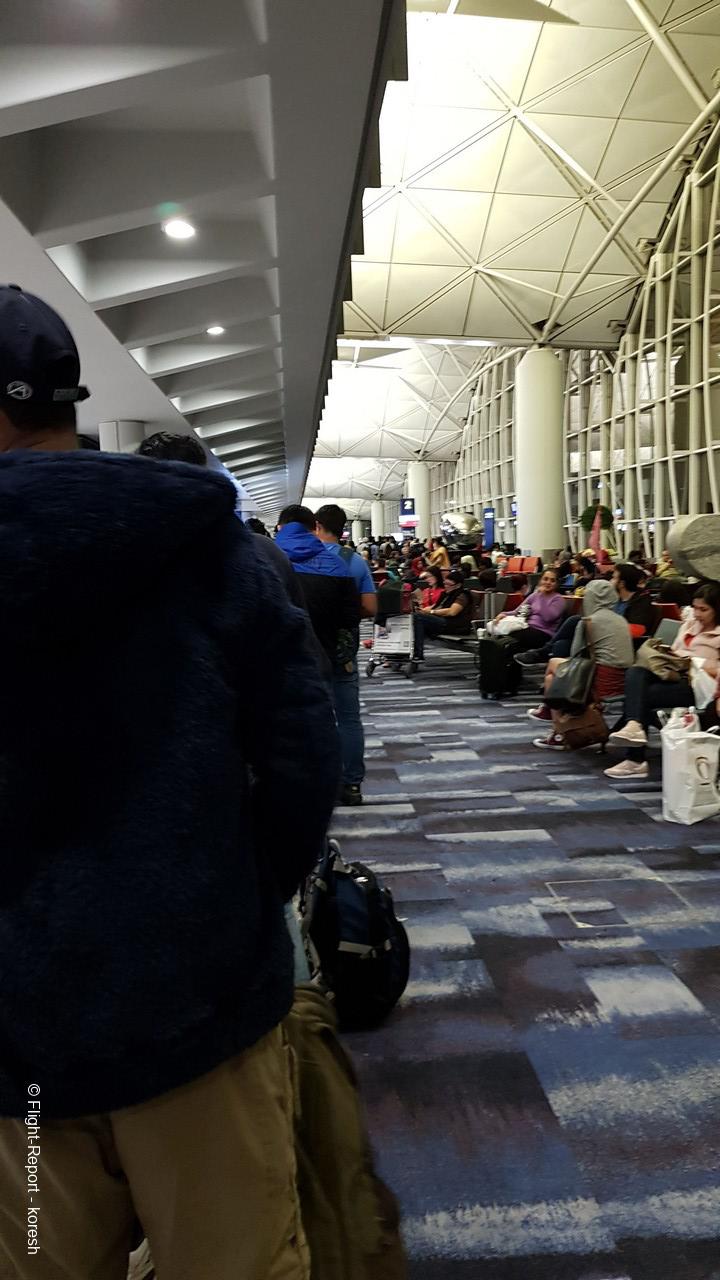 Aircraft in view from aerobridge. Crew at the door, greeting and directing passengers.

Reached the assigned window seat, organised self. It felt very cramped in the seat apart from my neighbour overweight, his body was extending into my space. I observed the seating was 3-4-3 in this section, the seats felt slippery and uncomfortable. There was too much glare from the screen and felt hot. 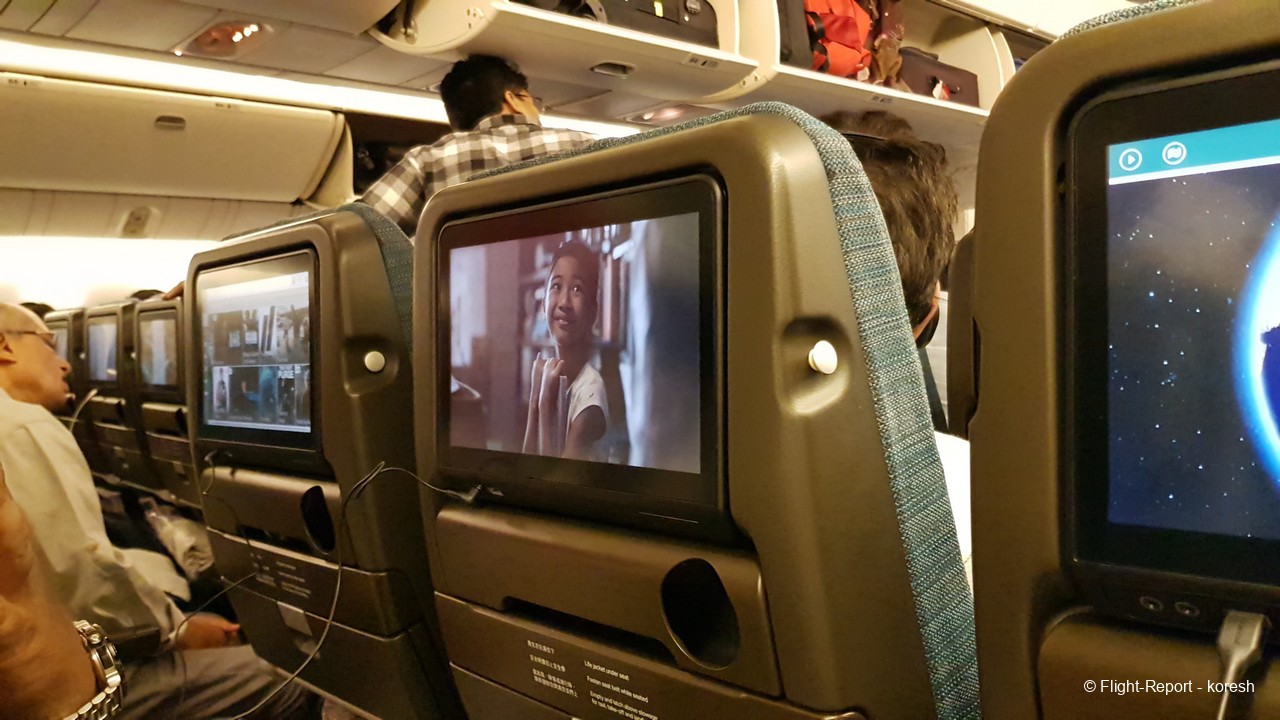 Aircraft still at gate as passengers continue to board. Noticed many mainland Chinese on this flight. 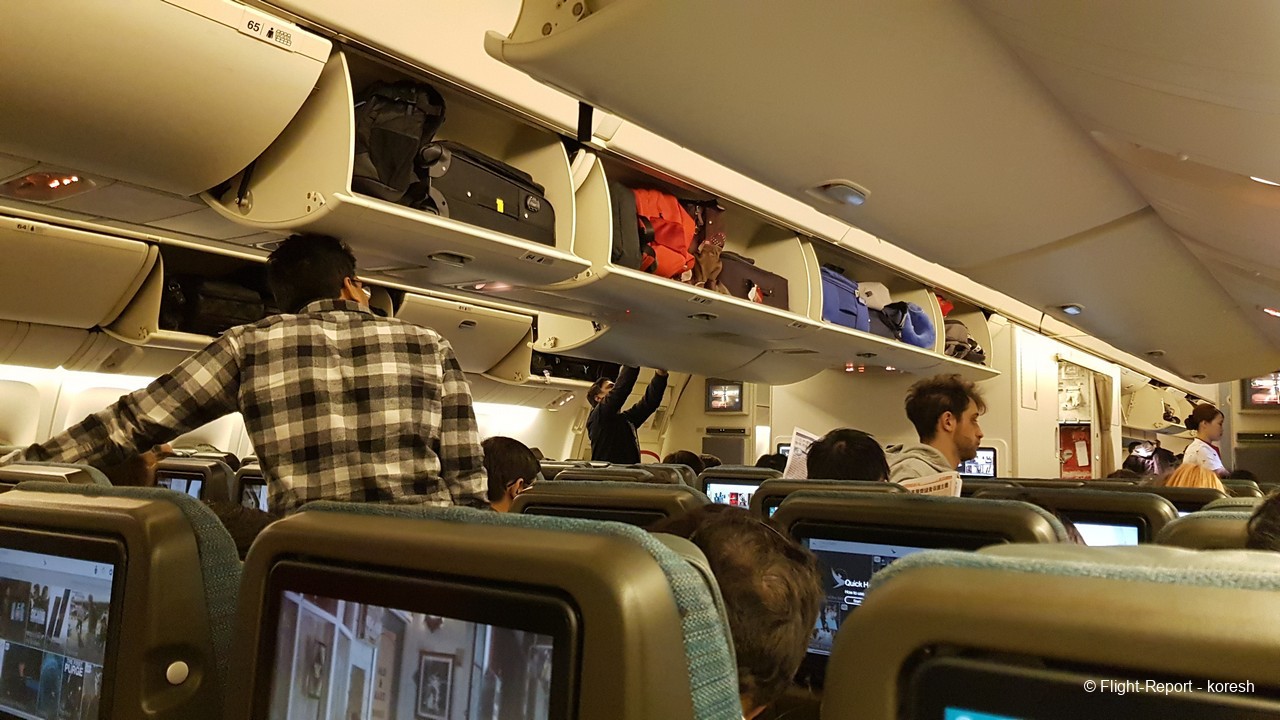 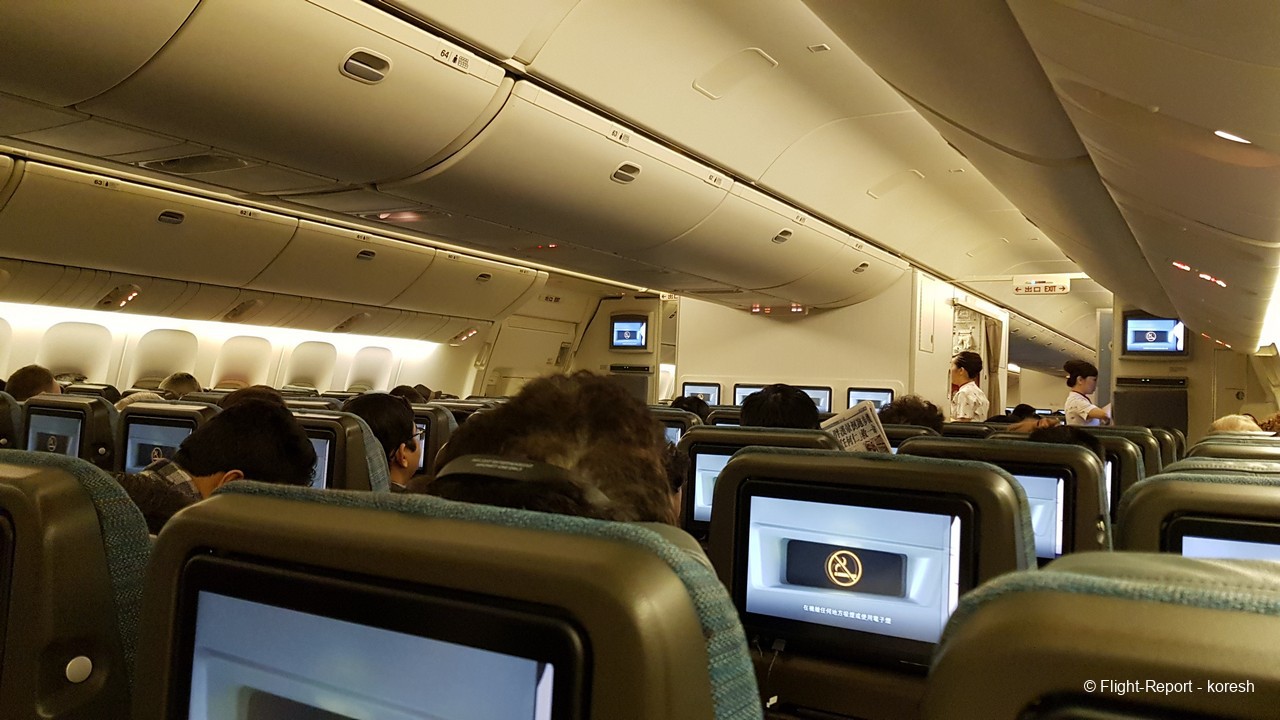 Pilot informed there is a delay as awaiting ATC clearance. 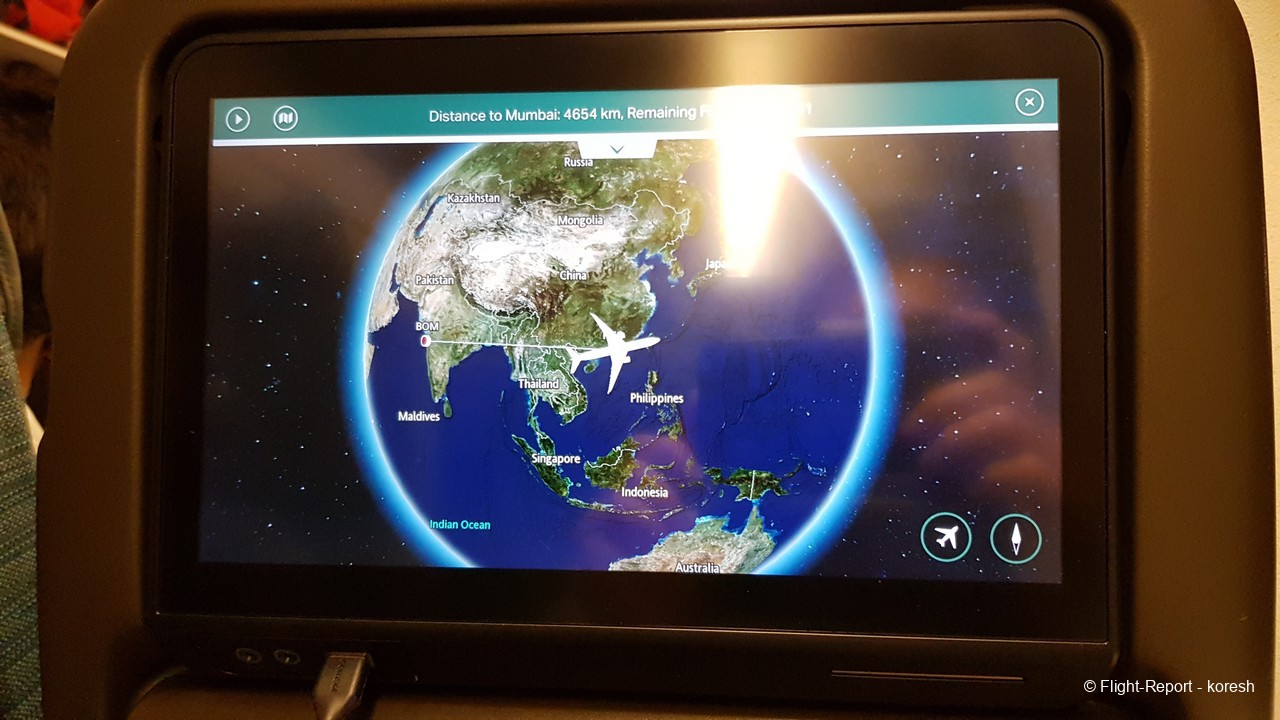 Distance and flying time to Mumbai in miles. 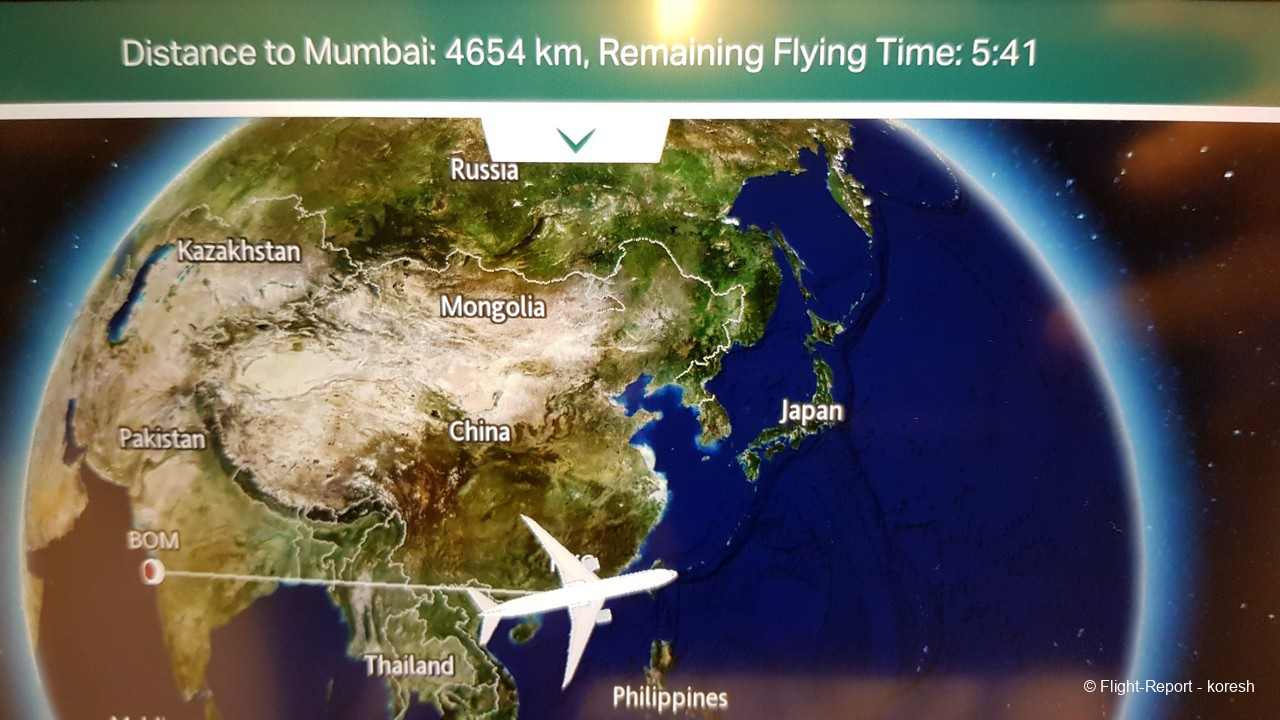 While waiting for pushback, check city information. Flight must have been delayed at least half hour.

Taxi was long  and slow. Pilot announced aircraft was 10th in queue for departure. Watch departure in video above. 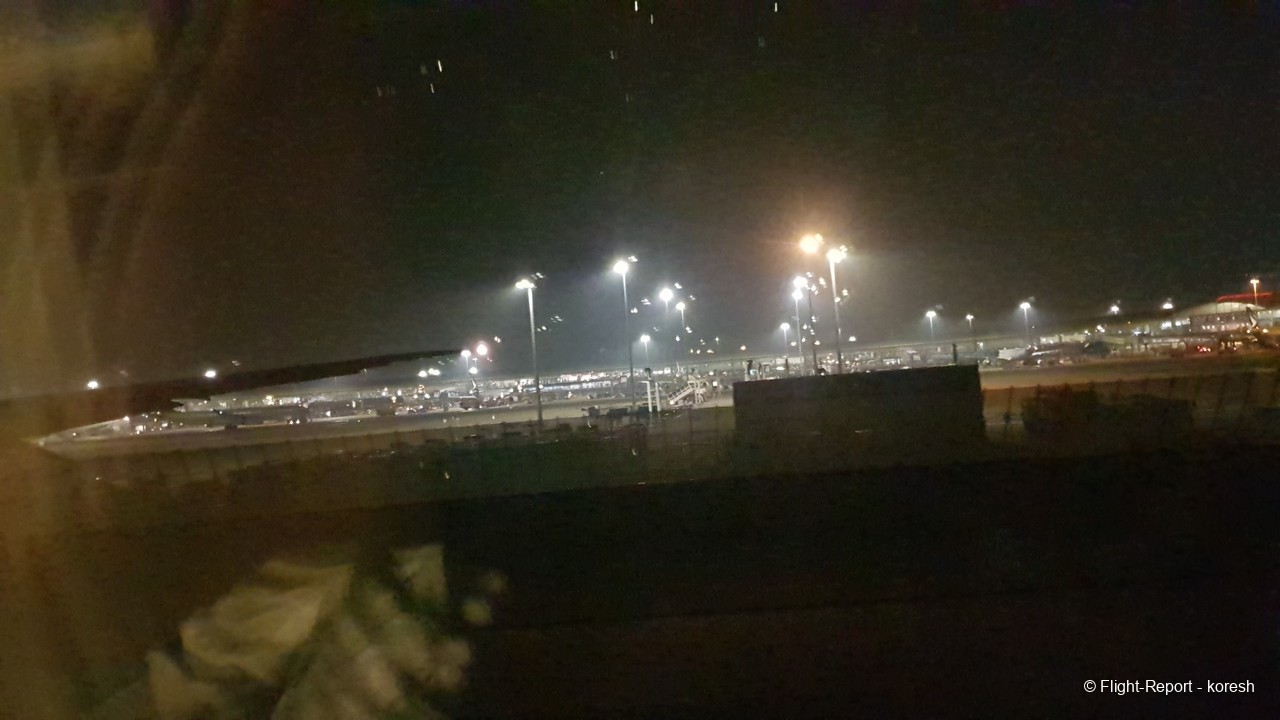 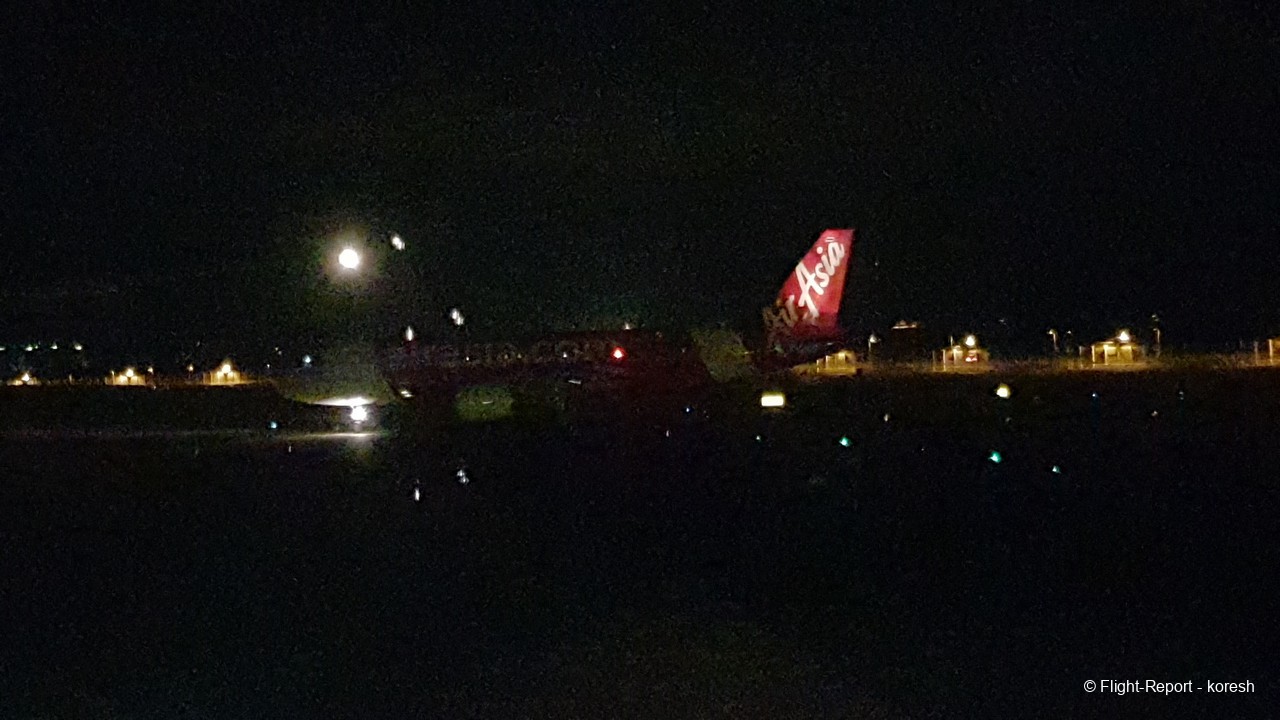 As soon as aircraft departed, passenger in the front seat reclined. I was already uncomfortable and screen glare made things even worse. My neigbbour had fallen asleep and snoring. i managed to lean on the side wall for some space.  I felt claustrophobic..

Drinks service commenced upon attaining cruise altitude. When the crew came to my row. I said there is not enough space to open the tray and inform the person ahead to straighten the seat.

I chose bloody Mary for drink. Got peanuts along with the drink.

Dinner option was veg or non-veg. There was no menu provided on this flight. 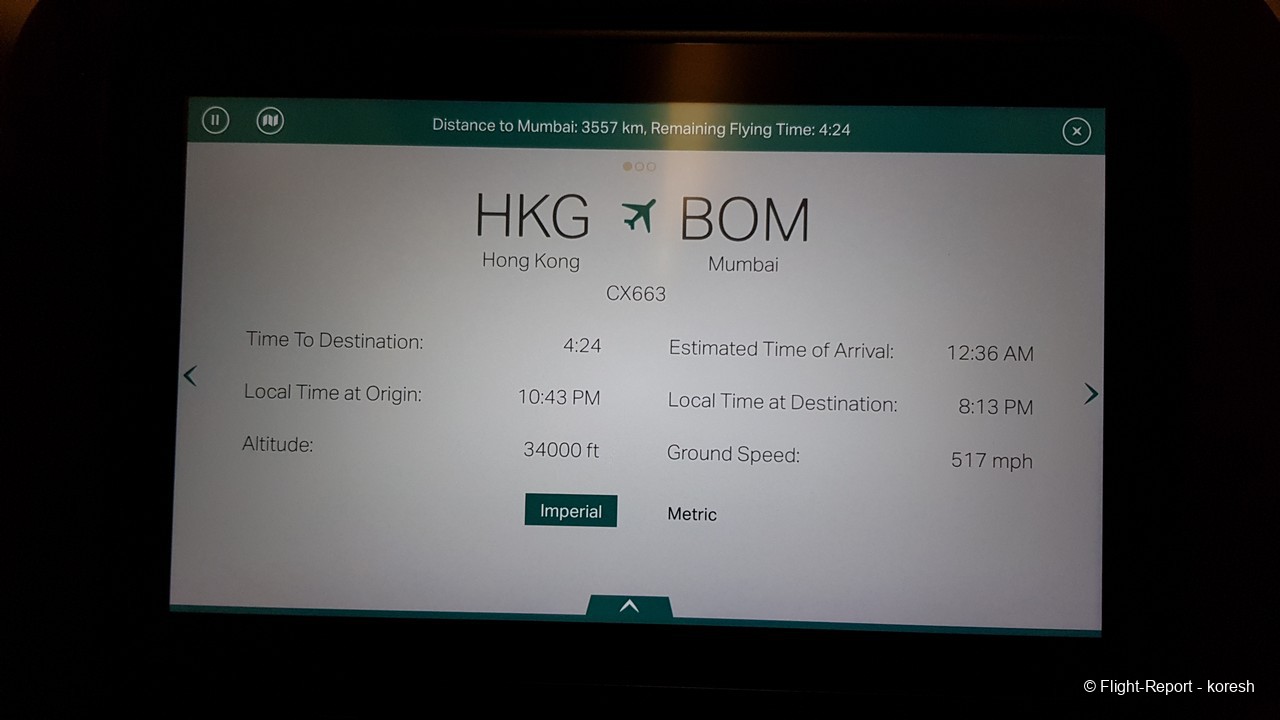 After dinner, light was turned off, started to feel cool.

the person in front again reclined the seat, I didn't say anything and reclined own seat. It felt like the seat was too close to me and my neighbours body parts protruding my space. I couldn't sleep well.

Was in no mood for entertainment being a night flight. As I couldn't sleep looked out of the window from time to time. Noticed aircraft had crossed Bangladesh and over Kolkata. Watch video to see aerial over Kolkata.. 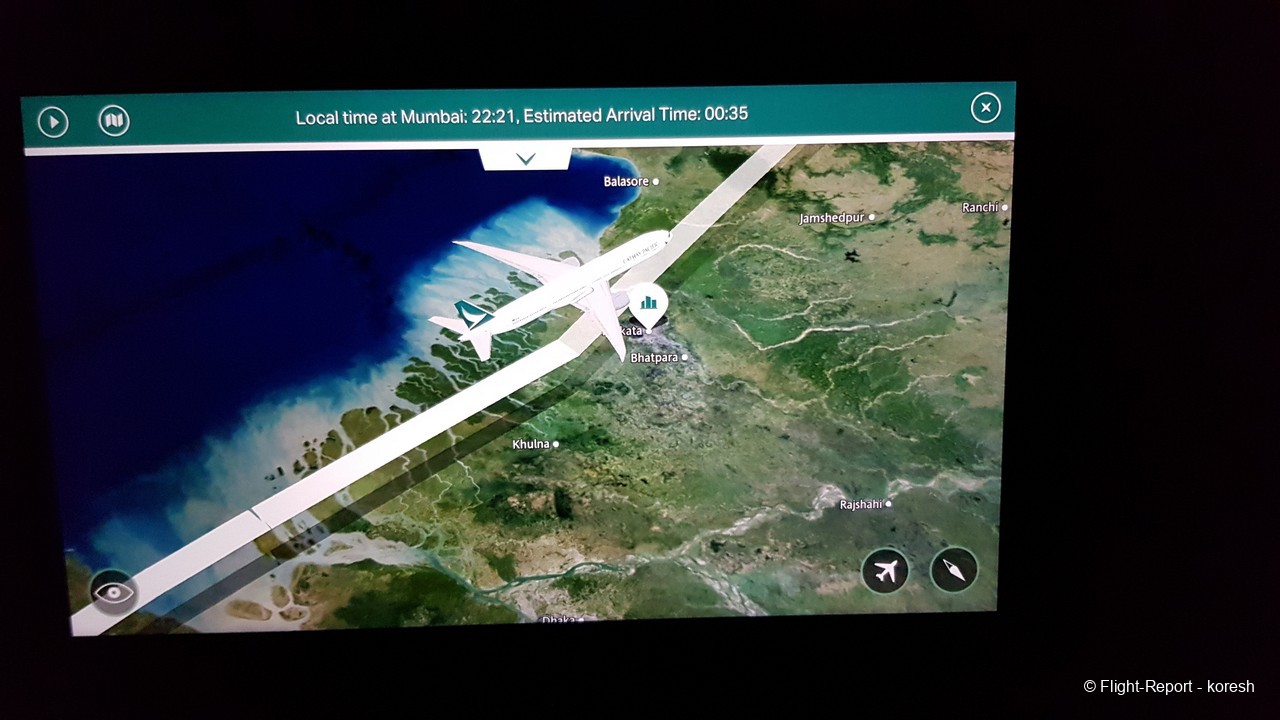 Crew organised the cabin. Seat recline back up, window shades up and light switched on.

Landing soon. Couldn't wait to get off.

Aircraft approaching Mumbai from east. Aircraft would be landing on runway 27.

After a smooth landing, crew announced arrival details in English, Mandarin and Hindi 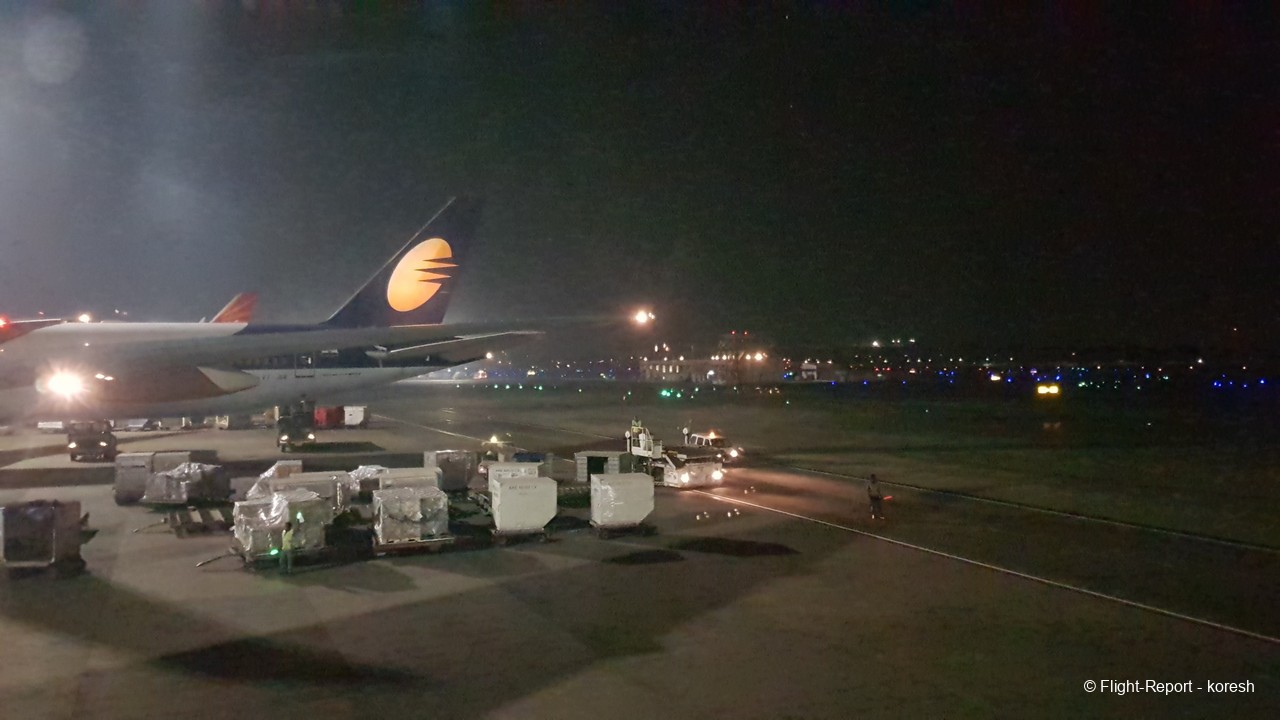 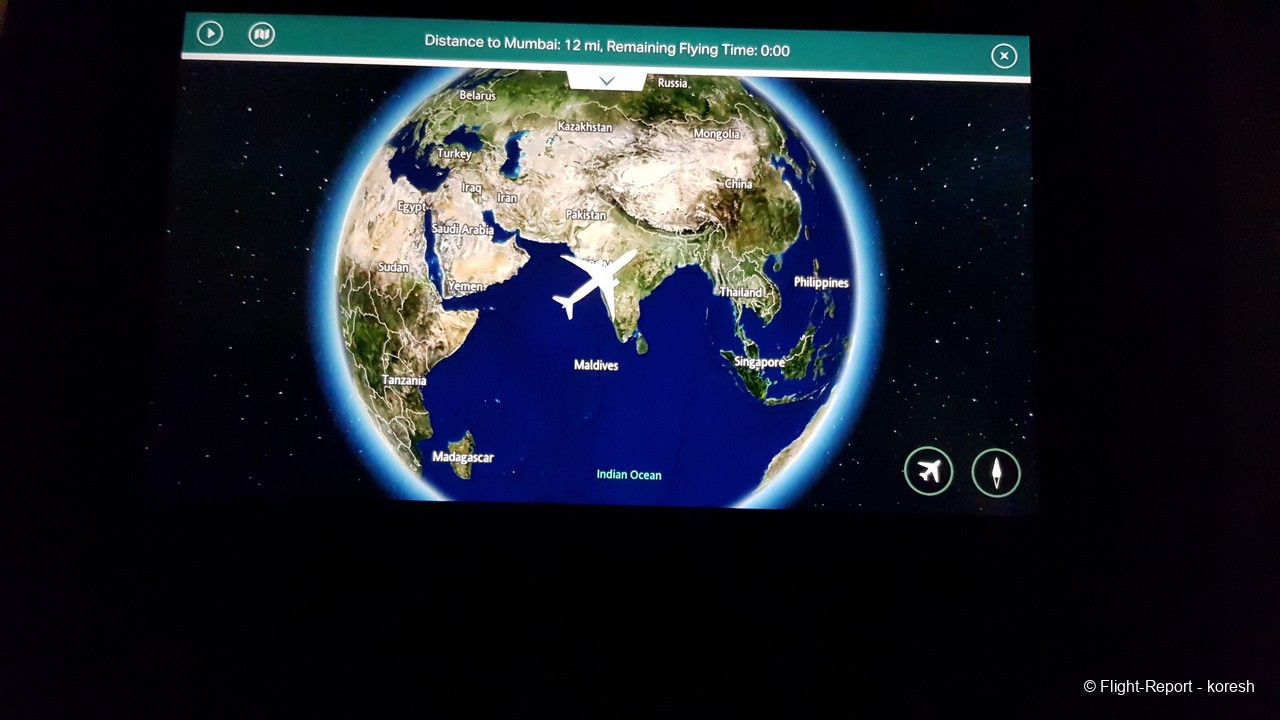 Camera view of aircraft getting service.

I disembarked as the last section passengers started de-boarding.  Can see the 3-4-3 seats in economy. Crew thanked passengers as they stepped off aircraft. 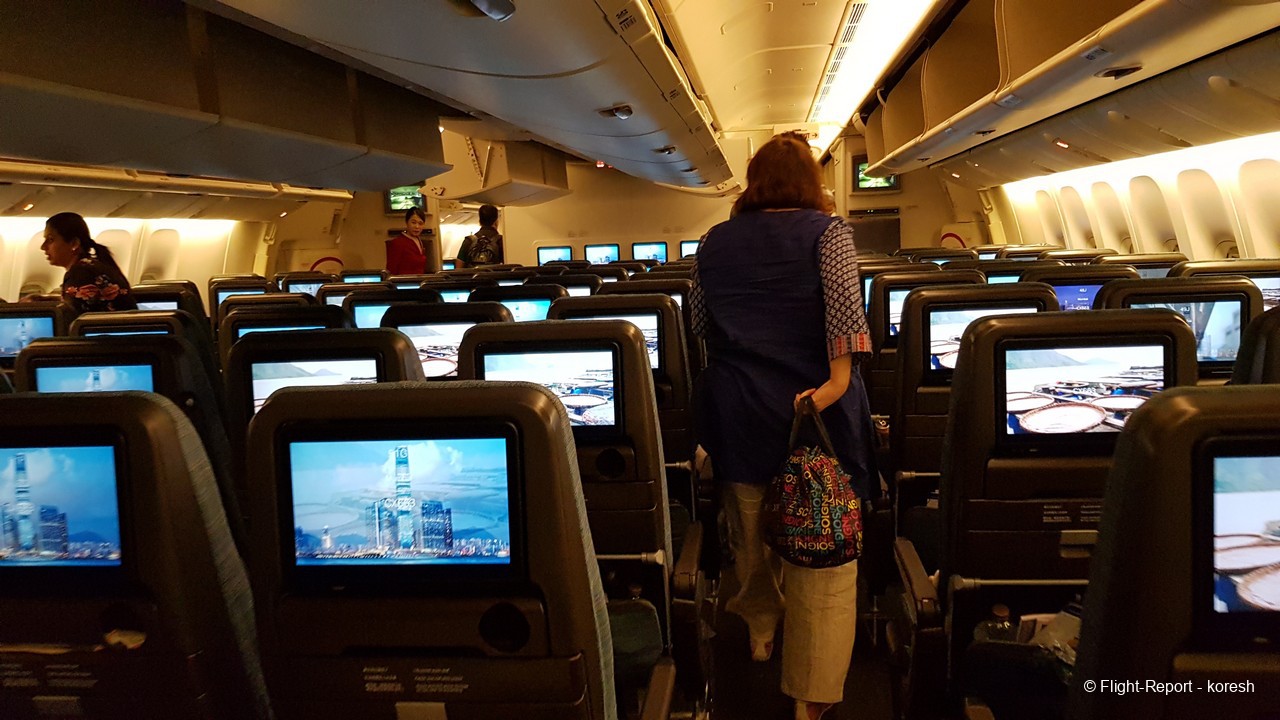 View of aircraft from terminal building. 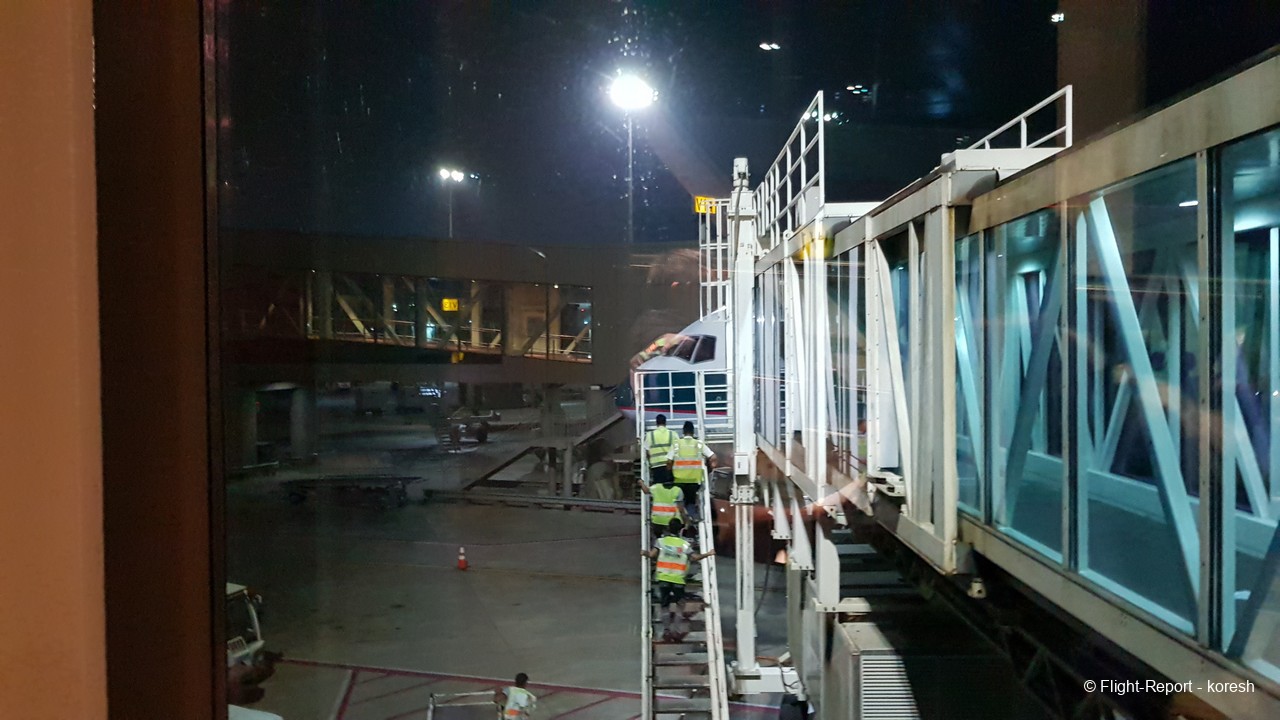 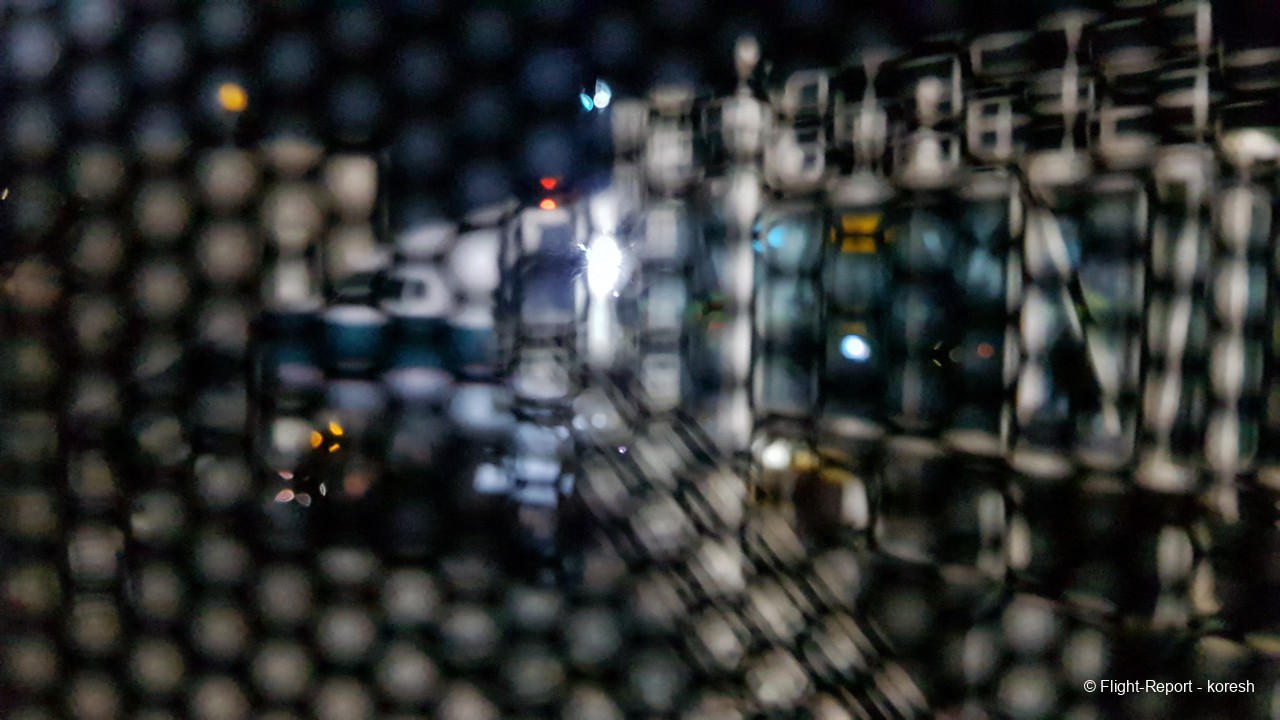 Reached immigration, submitted passport and showed visa document. Got cleared without issue.  Entered duty free area and purchased some alcohol to gift.  Bag came within 20 mins of reaching the collection area. Customs had to pass bag through x-ray, was allowed to continue towards exit.

After exiting the customs area, headed towards prepaid taxi counter in the arrival area. Took a taxi home. Reached home around 2am due to delayed flight.

Hope you enjoyed this trip report. Thanks for reading.

Cathay Pacific onboard service and crew was ok. Flight was delayed, I had read about the high-density CX Boeing 777-300 and the uncomfortable seats. Having experienced it, I will avoid the CX high-density Boeing 777-300ER as there are other better options. Seating in cramped space for 5 hours in a full flight is a deal breaker. Not a pleasant flight.

The contributors of Flight-Report published 3 reviews of 1 airlines on the route Hong Kong (HKG) → Mumbai (BOM).

The average flight time is 6 hours and 26 minutes.