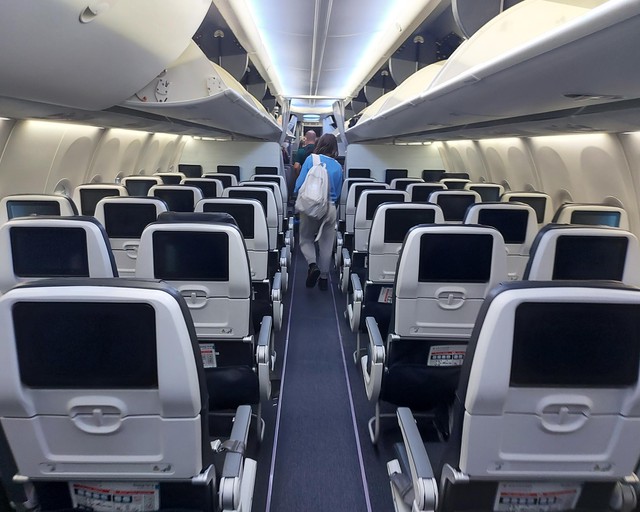 #20 out of 78 Airlines A minimum of 10 flight-reports within the past two years is required to appear in the rankings. 348 reviews

We decided to go on holiday to California. There are no direct flights between Iceland and California since the end of Wow Air so we decided to fly to Vancouver, one of the furthest direct destinations from Keflavík, and connect from there.

LAX! The third busiest airport of the world in terms of passenger numbers in 2019 with 88 million passengers. Almost 100 years of history. Close to 200 destinations. Nine passenger terminals.

Fun fact: LAX is only one of a total of 34 commercial, general aviation and military airports and airfields in the Los Angeles area.

I booked this flight in Galileo (a CRS used by travel agencies). I was unable to access my booking or to check-in on Air Canada's website as it didn't "see" my booking. Moreover, every time I opened the airline's website no matter in which country I was and which part of the website I was trying to use I got an error message saying that "It is not possible to complete a booking online from the country of residence you selected". I know airlines have complex IT systems but this shouldn't be an issue in 2022.

Business class would have cost $200 more which seemed to be too much for a short-haul flight.

Air Canada uses terminal 6. We checked in five hours before scheduled departure for practical reasons (we checked out from our accommodation and we didn't want to leave all our luggage in our rental car while visiting Santa Monica beach). I'm not sure if it was a good idea as getting to the airport requires experiencing Los Angeles' famous traffic jams and finding an available parking spot.

We spent some time at Santa Monica beach, drove back to the airport in endless traffic jams, returned our rental car, took the airport shuttle and got to the terminal about 1 hour and 45 minutes before departure. We were lucky to clear security in a few minutes.

Most of the flights from Terminal 6 have their destination within the US. 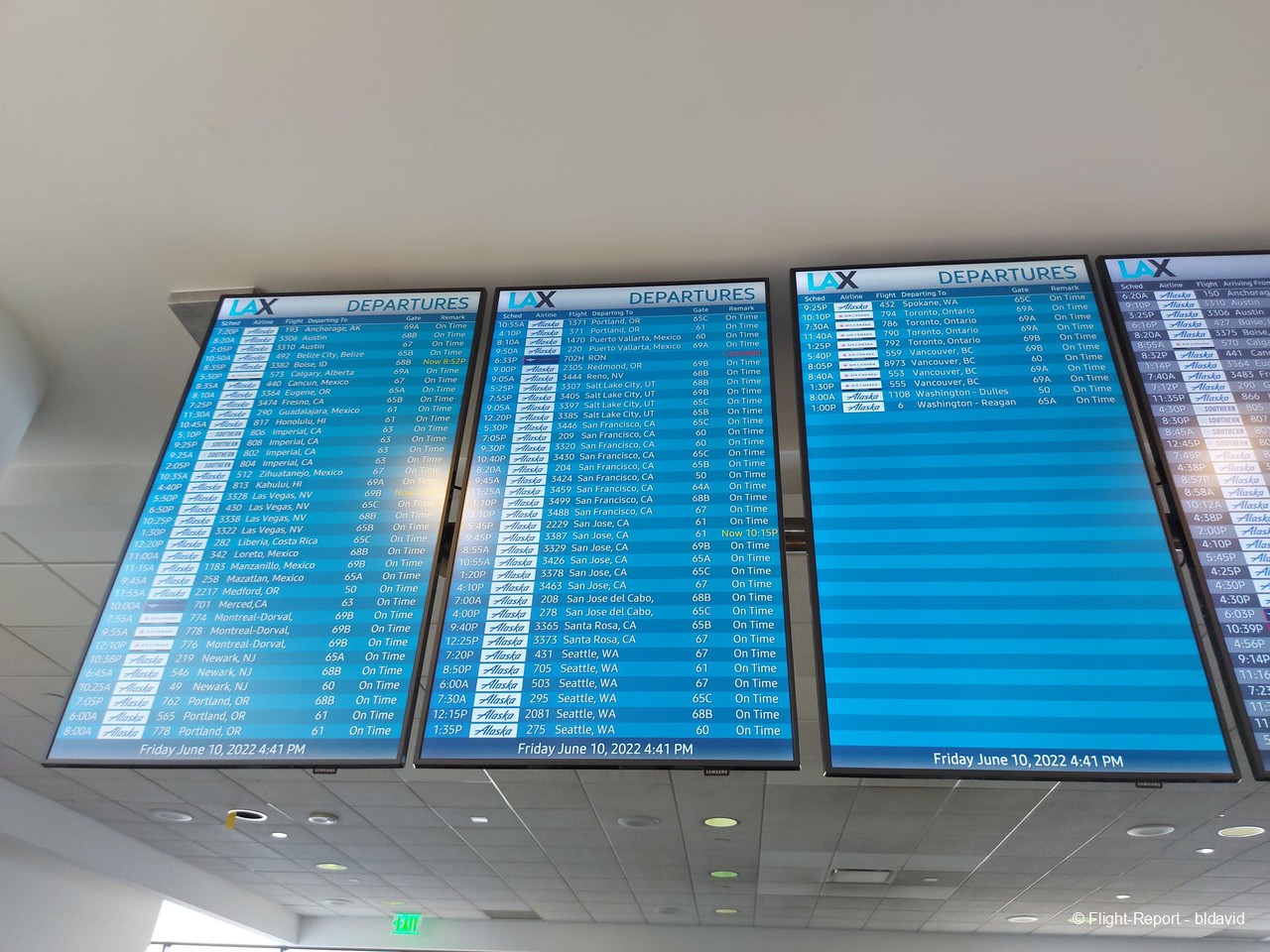 Starbucks often seems to be the busiest place at airports in the US. 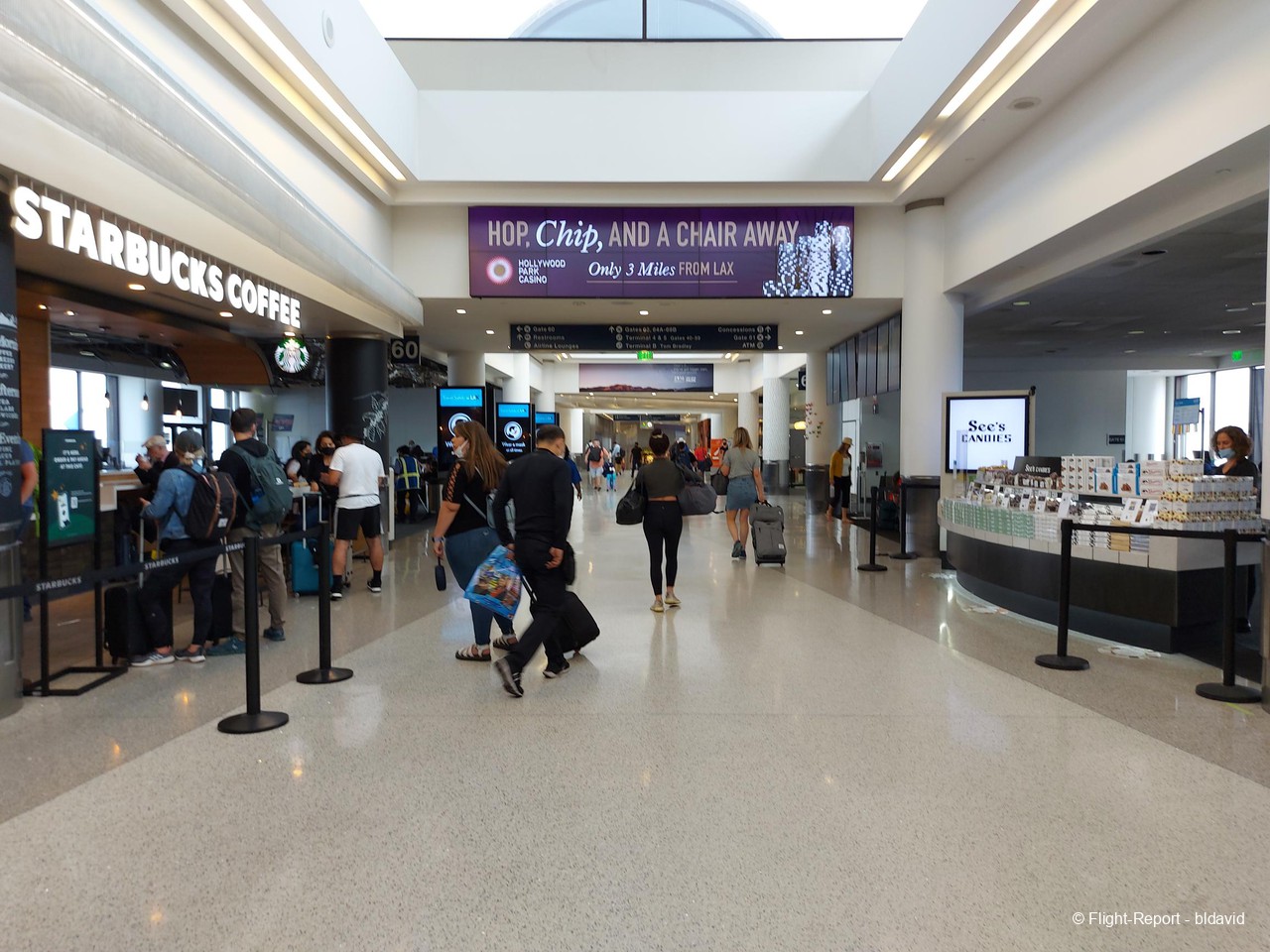 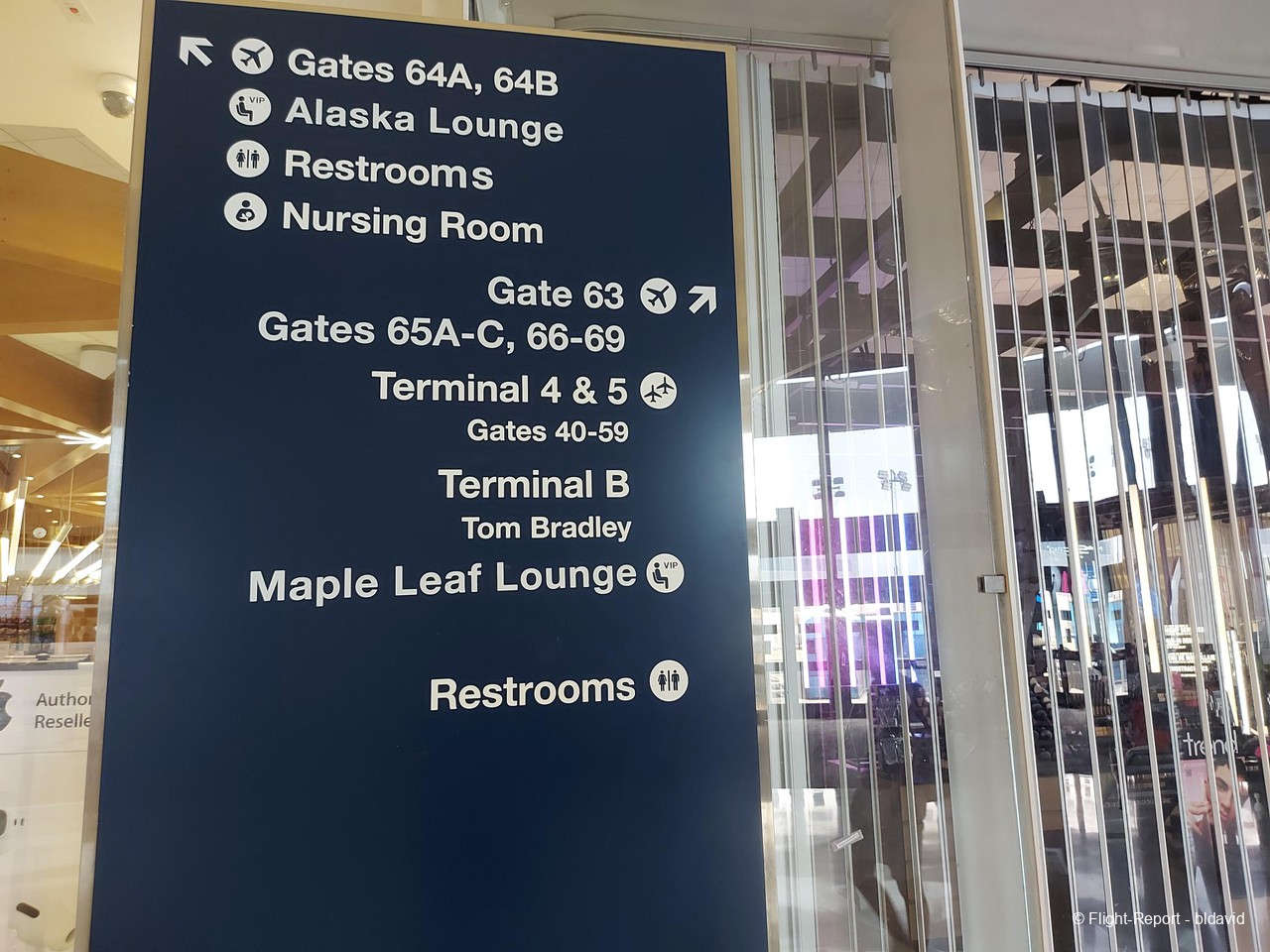 A sign to make sure you remember where you are. 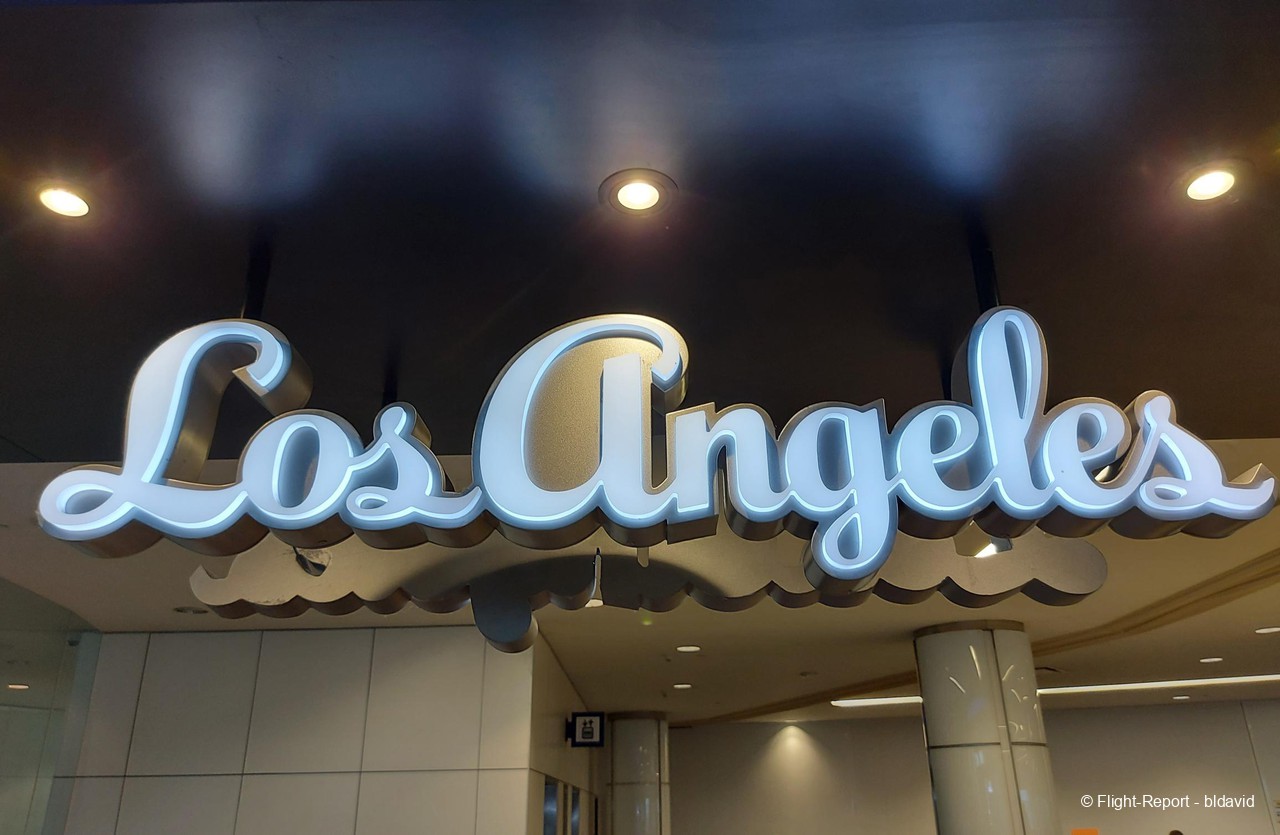 Boarding was very chaotic. Two Air Canada flights were to leave from two gates right next to each other (Calgary and Vancouver) and the ground staff hopelessly tried to put hundreds of people in the correct lines. 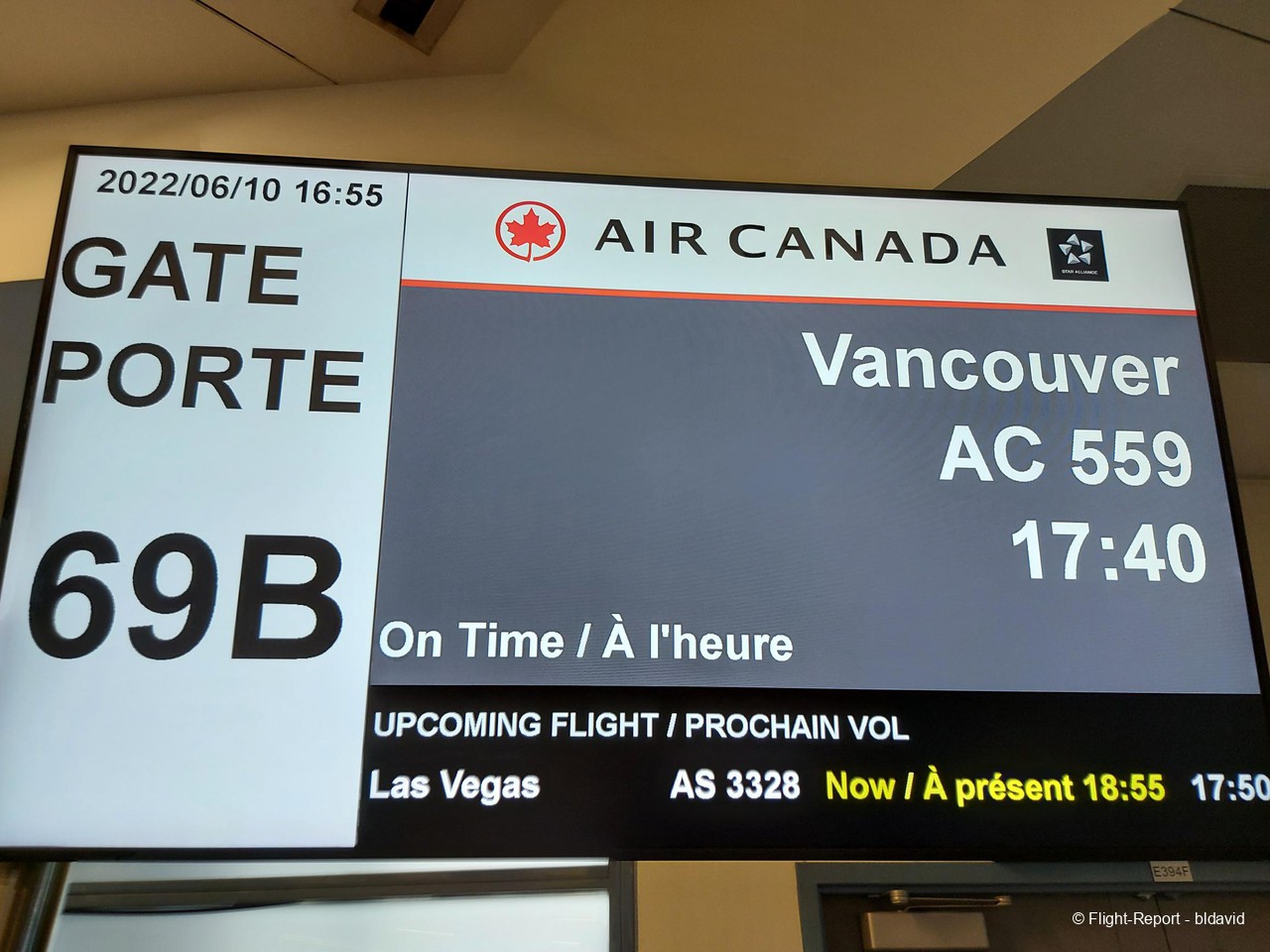 Our plane on today's flight was C-GEJL, first registered in 2019. It has 16 business class seats in a 2+2 configuration and 153 seats in economy class in a 3+3 configuration.

The cabin and the seats were in very good condition. Legroom was good for economy class. 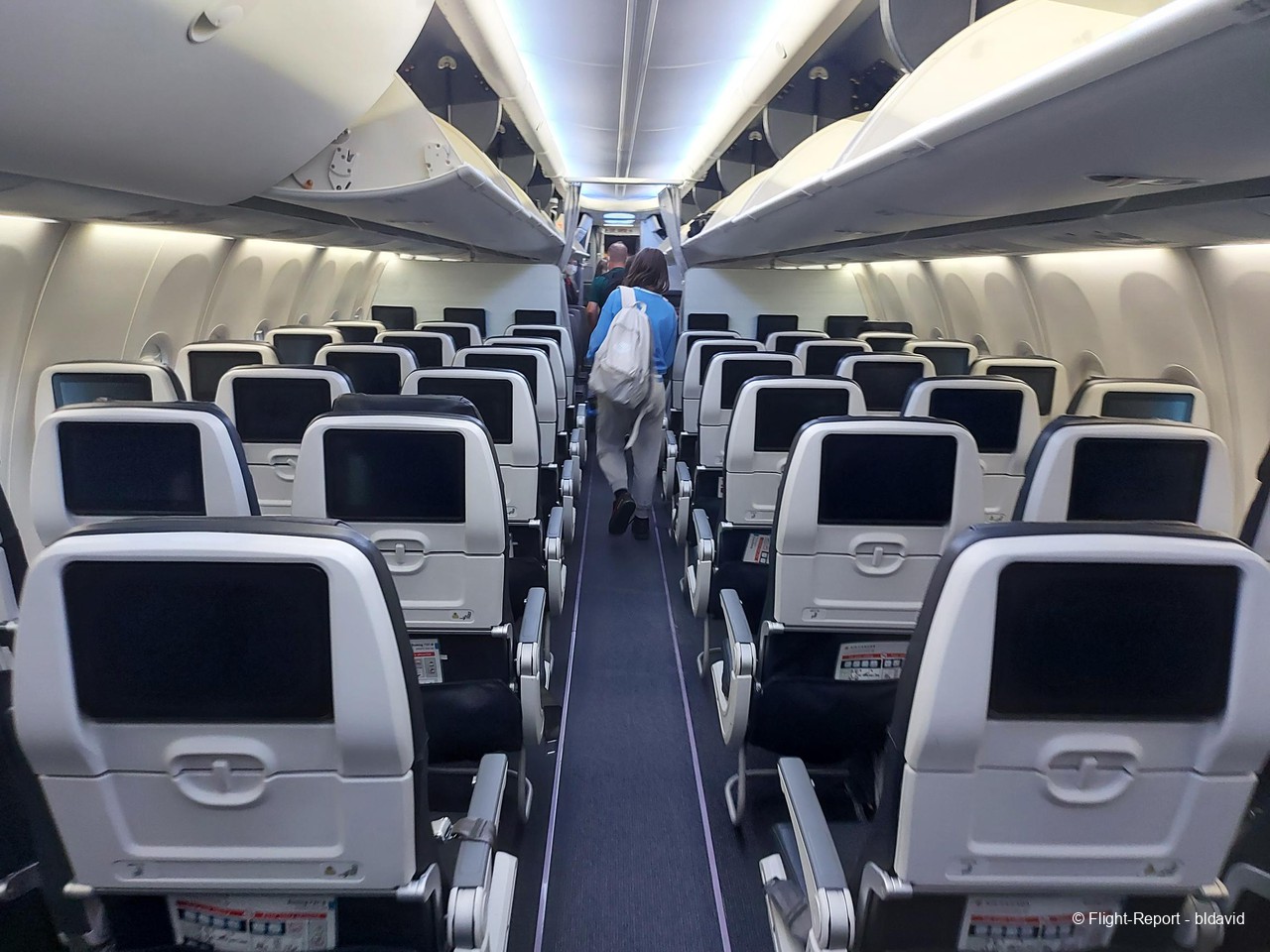 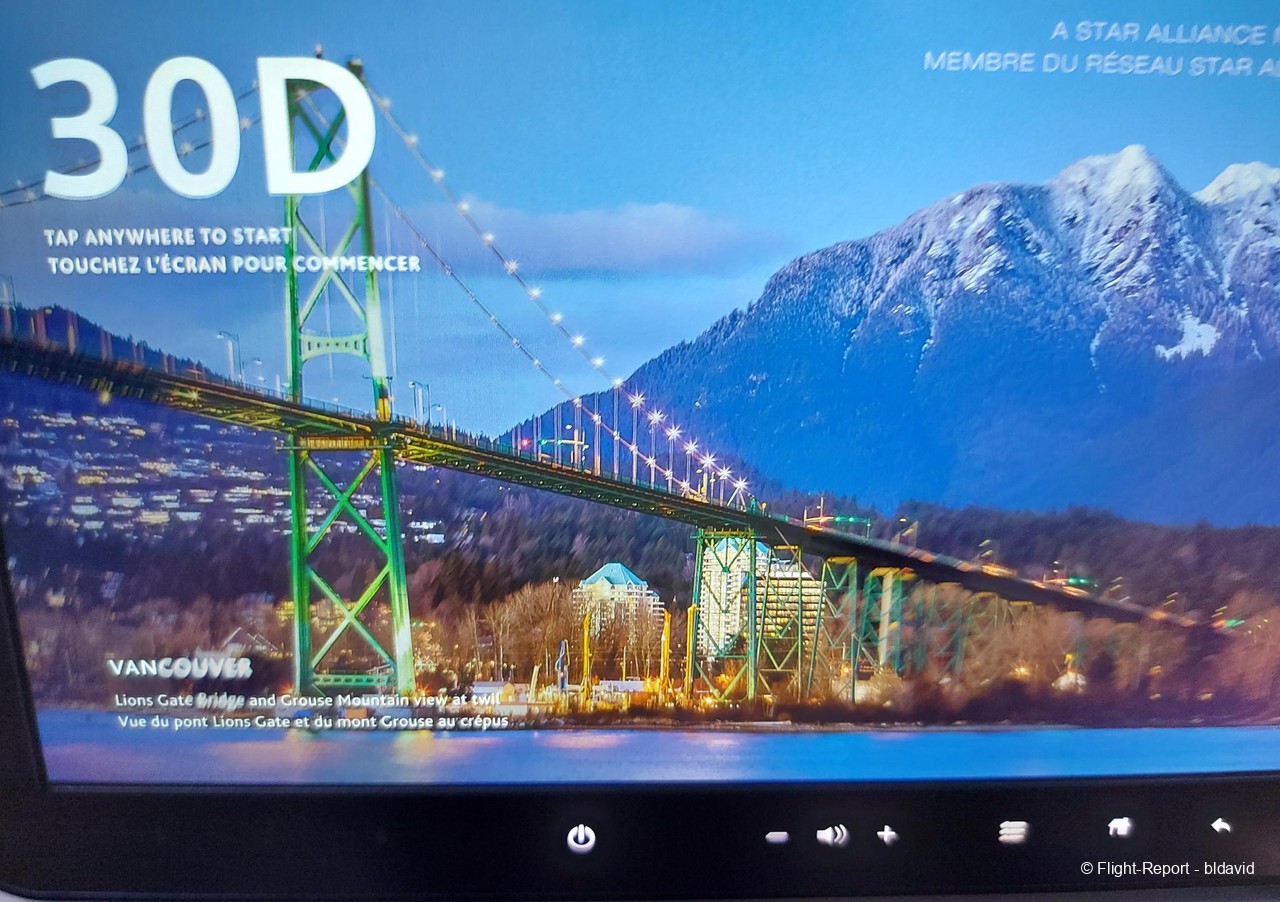 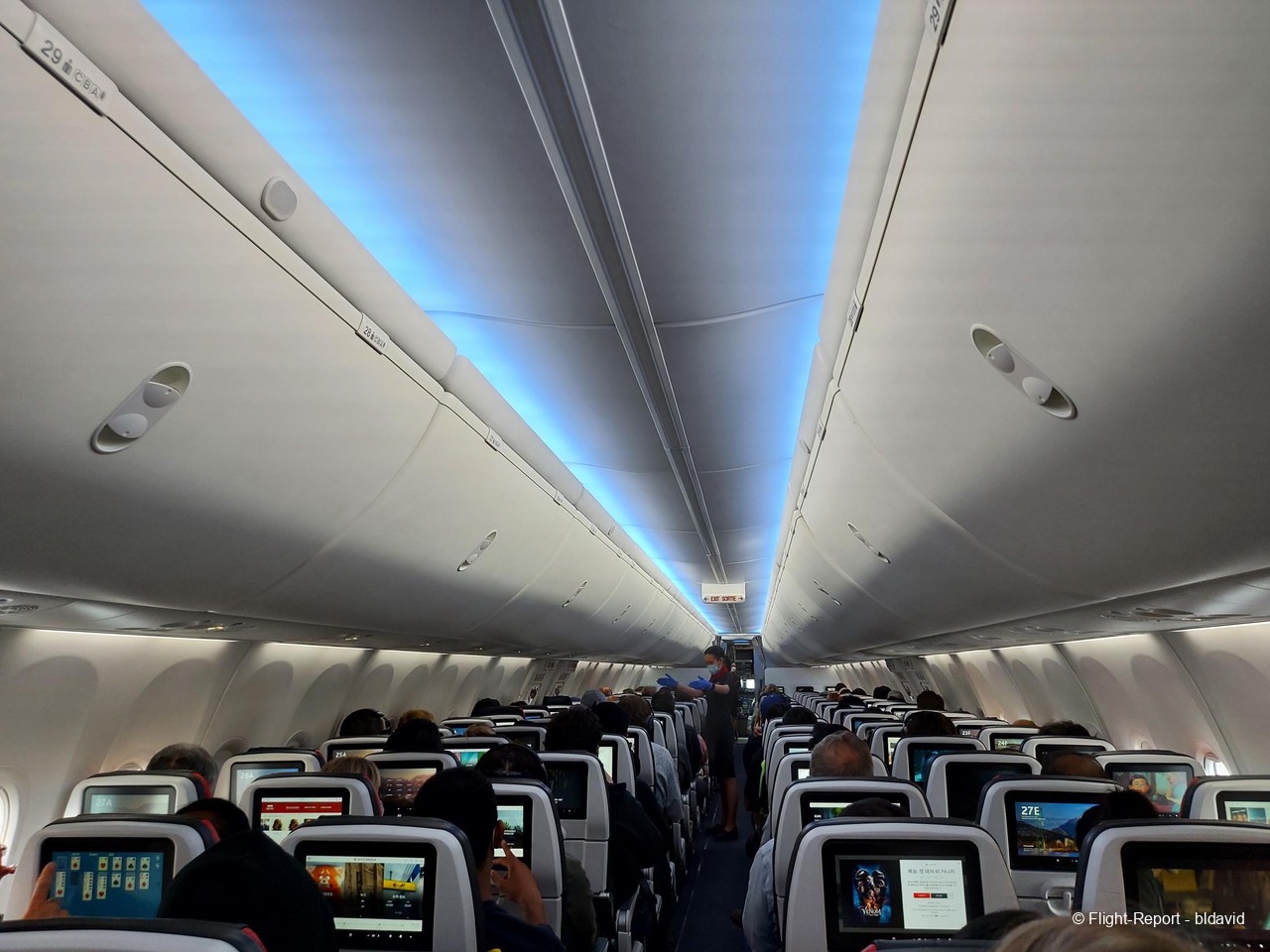 All seats have a built-in screen. The screens are fairly large, modern and responsive. You can choose from 15 languages. 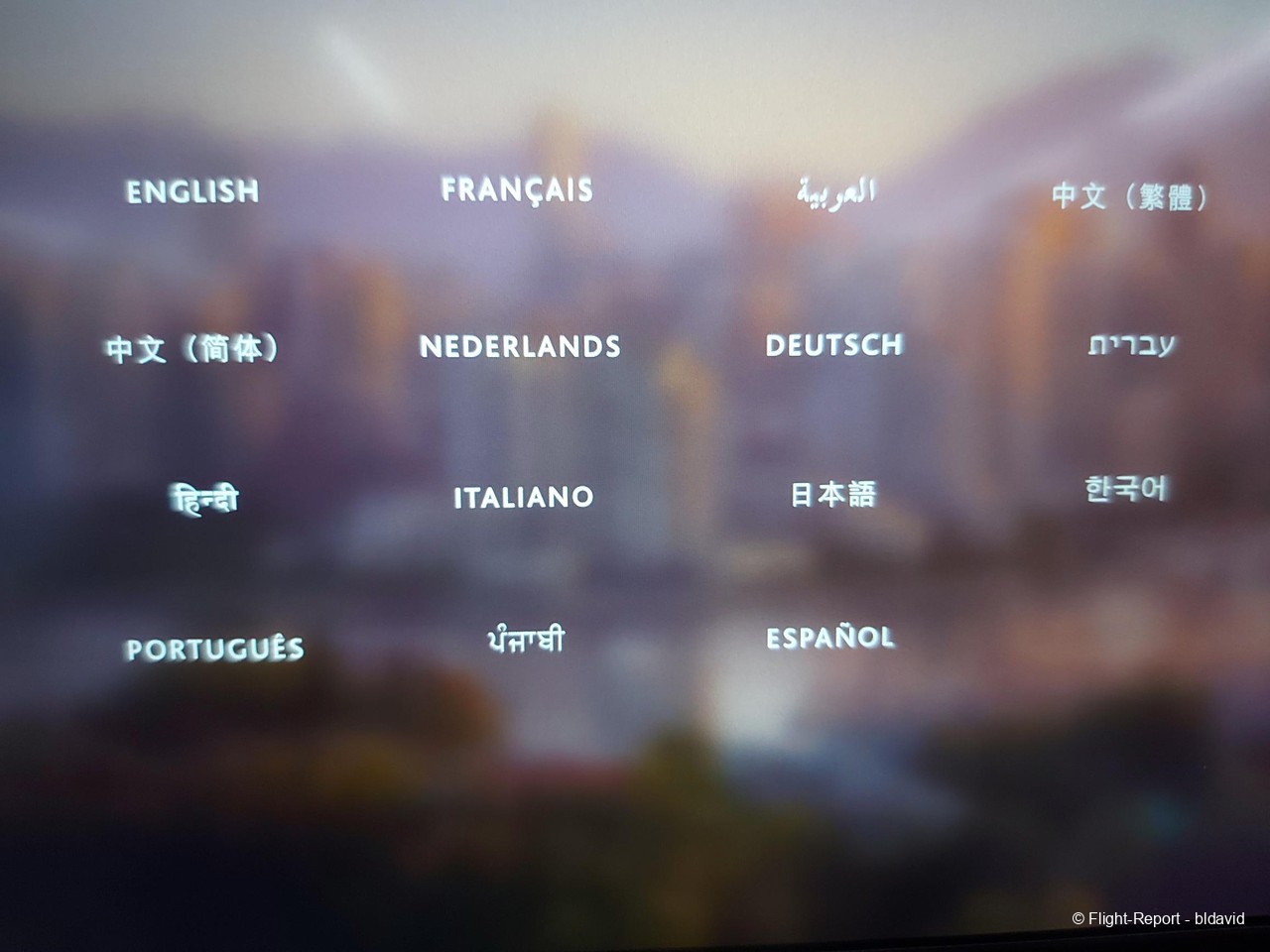 There's an excellent choice of movies and other entertainment. 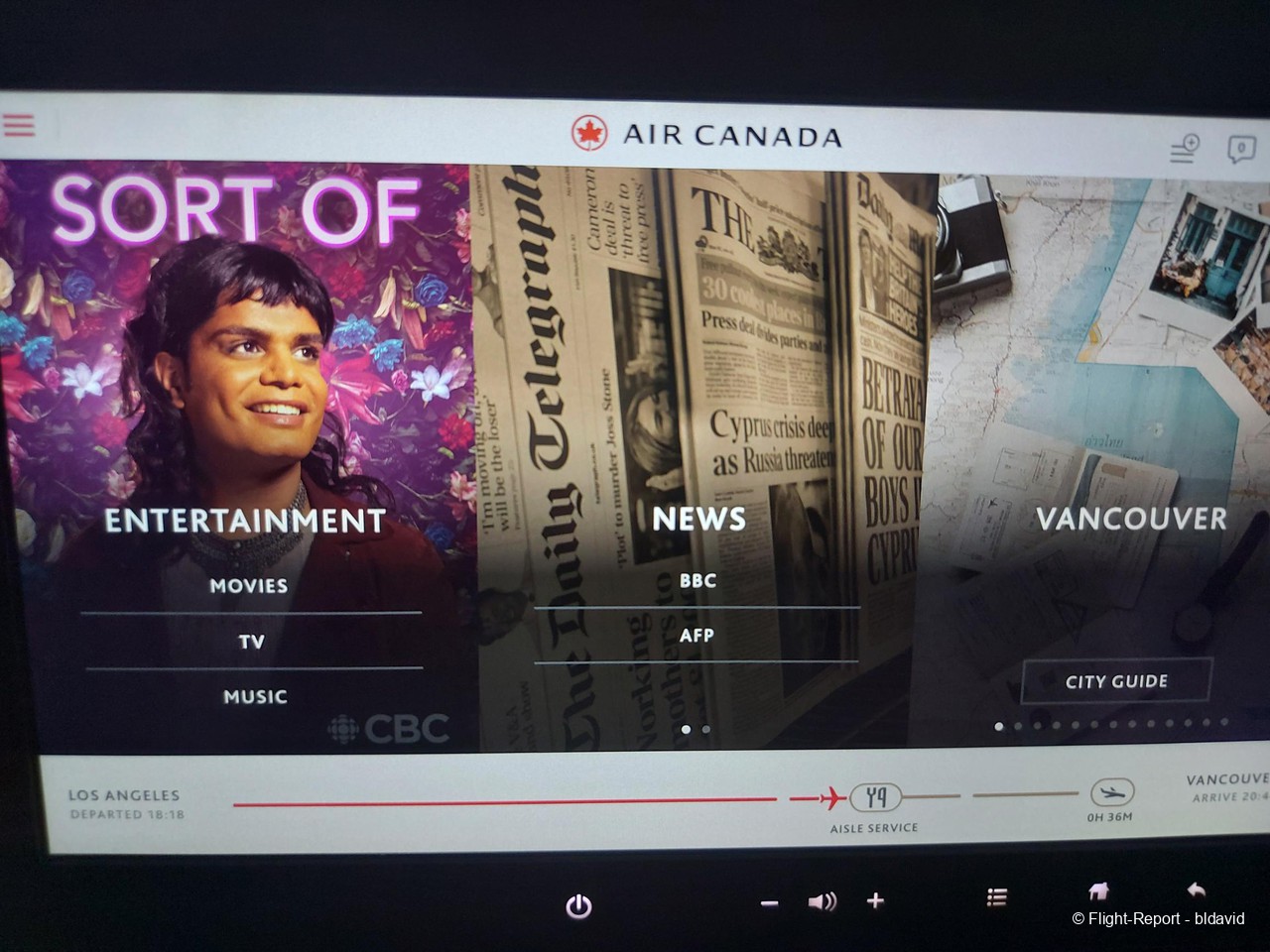 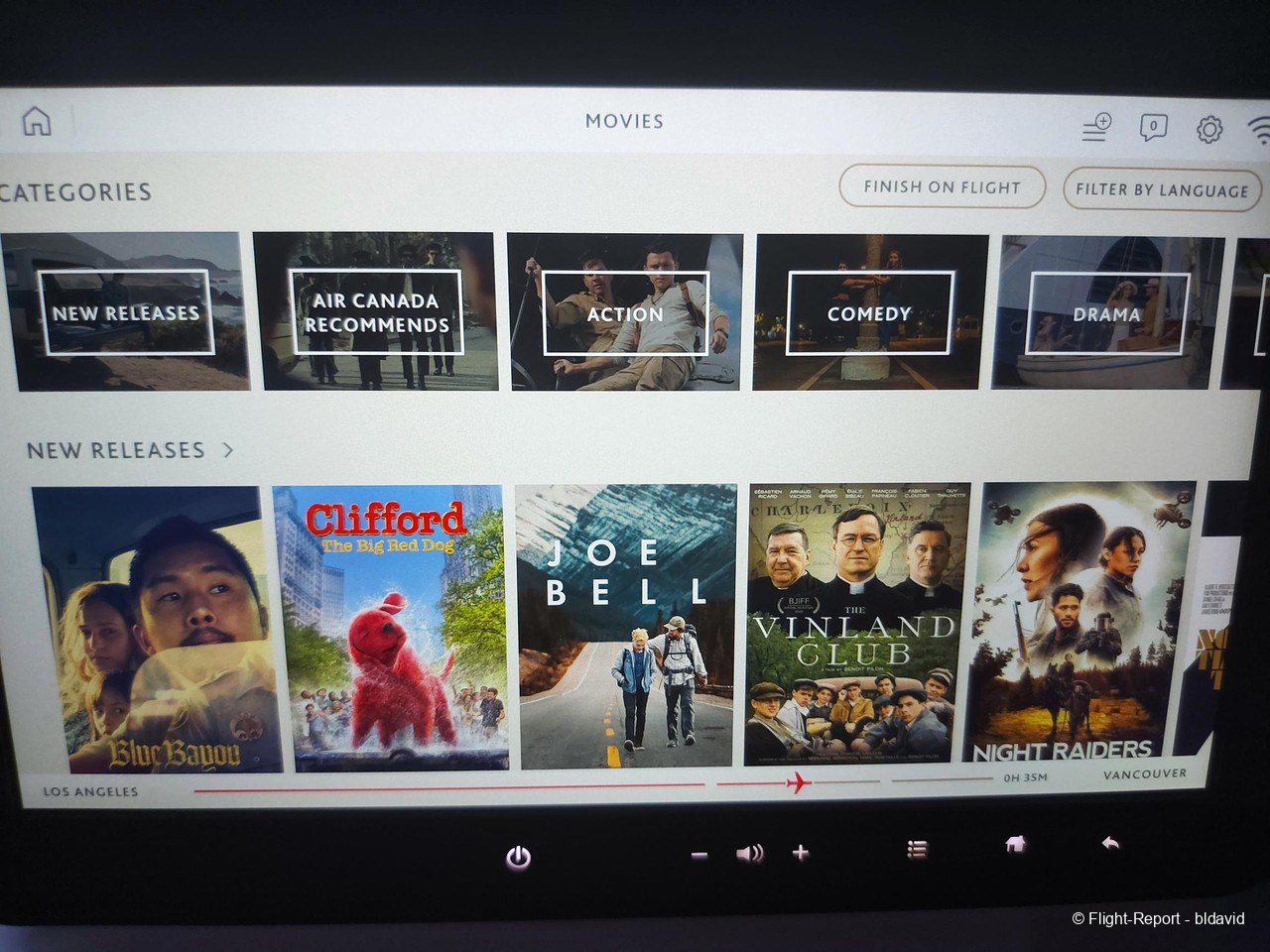 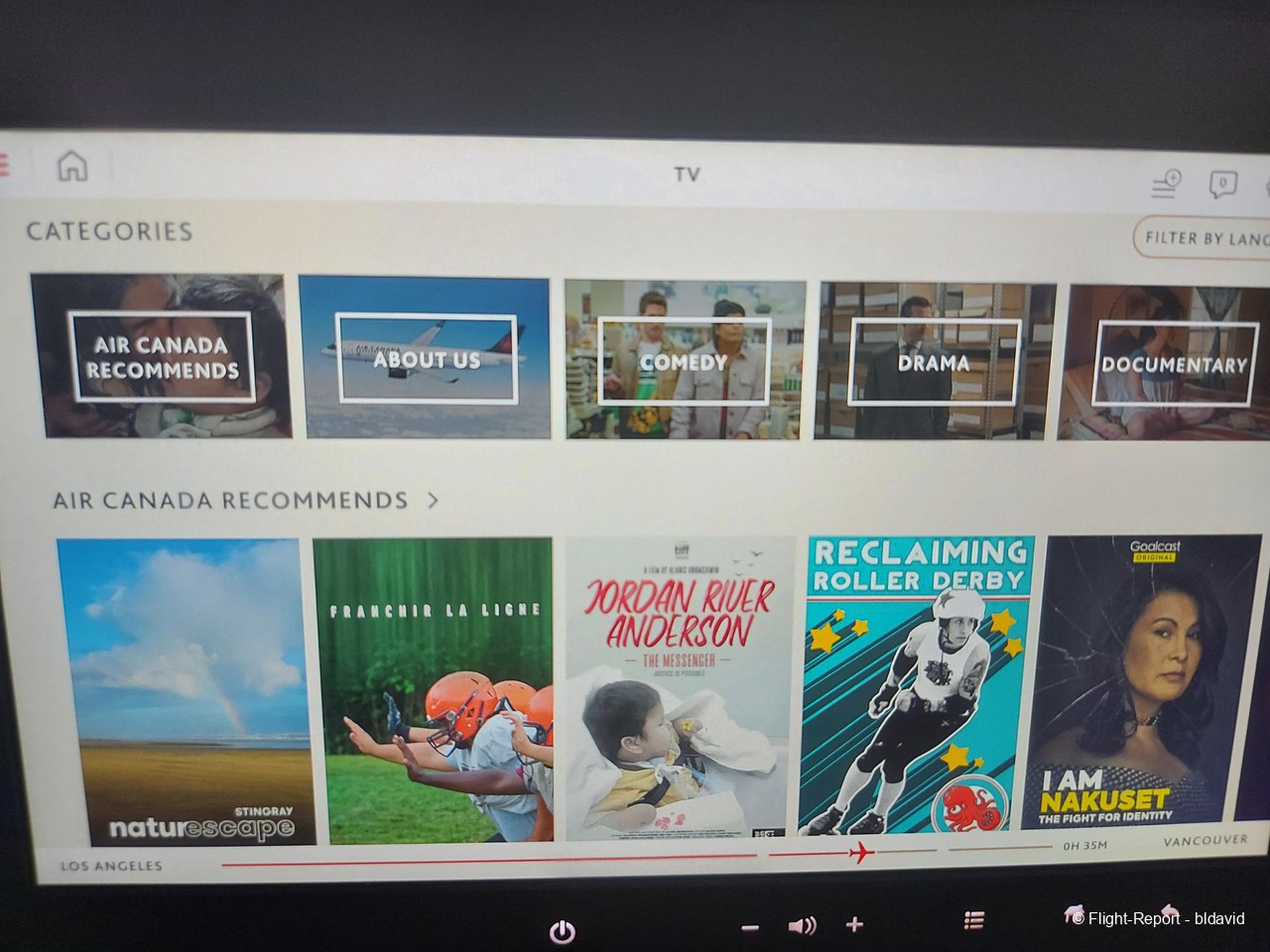 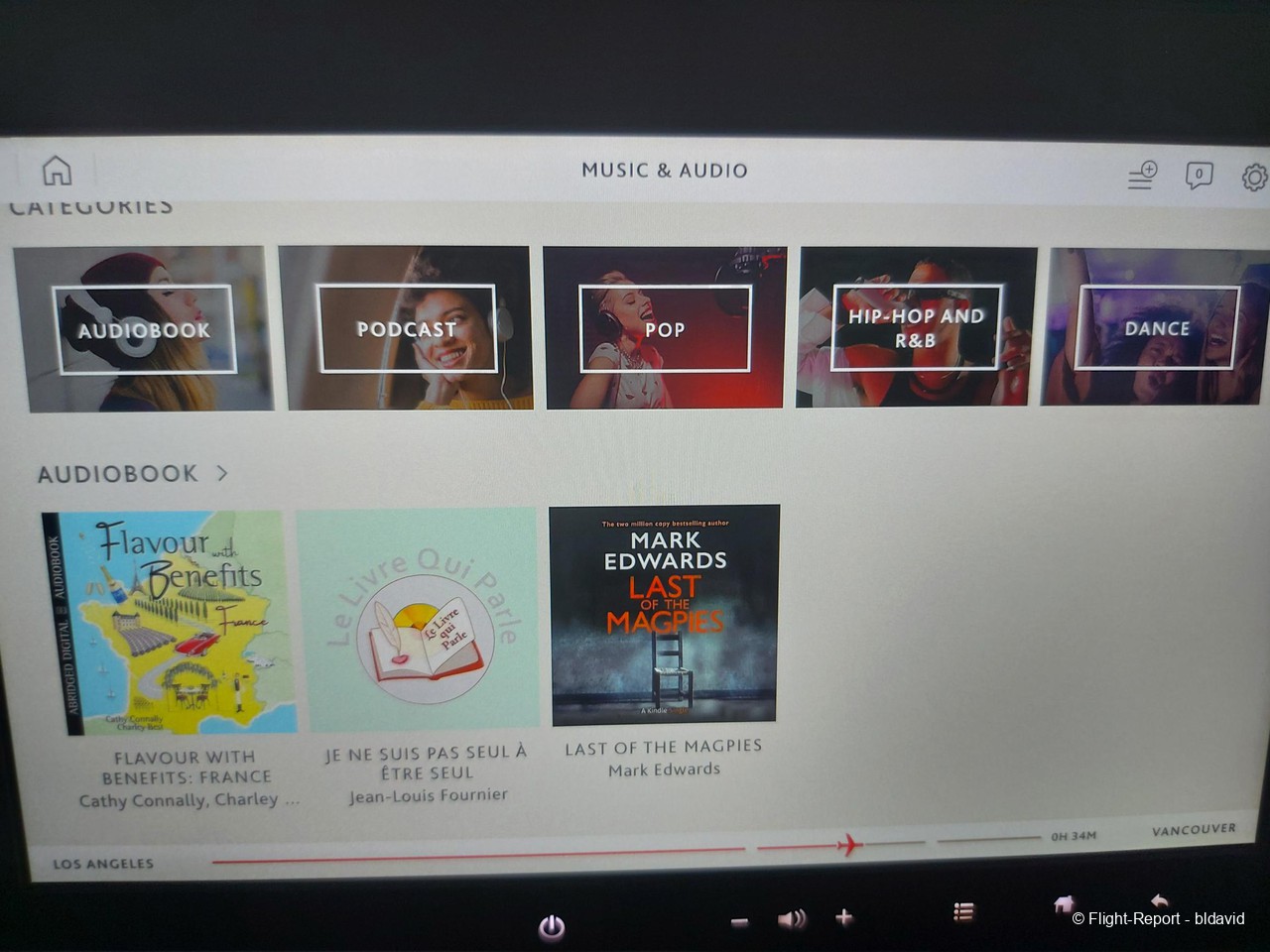 Air Canada offers a free non-alcoholic drink in economy class on this flight. Alcoholic drinks are available for purchase. There's no printed menu but the choice can be found in the in-flight entertainment. 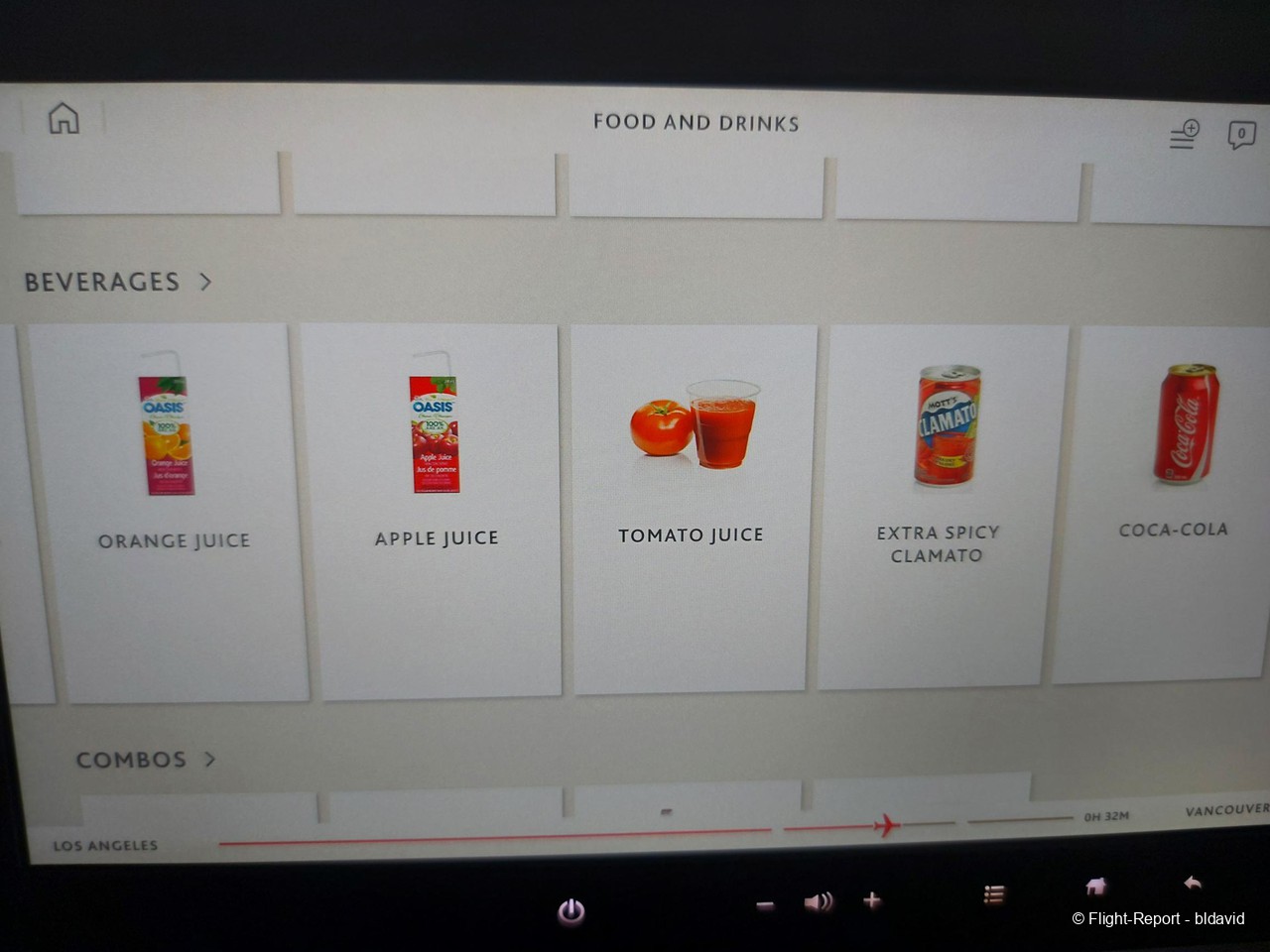 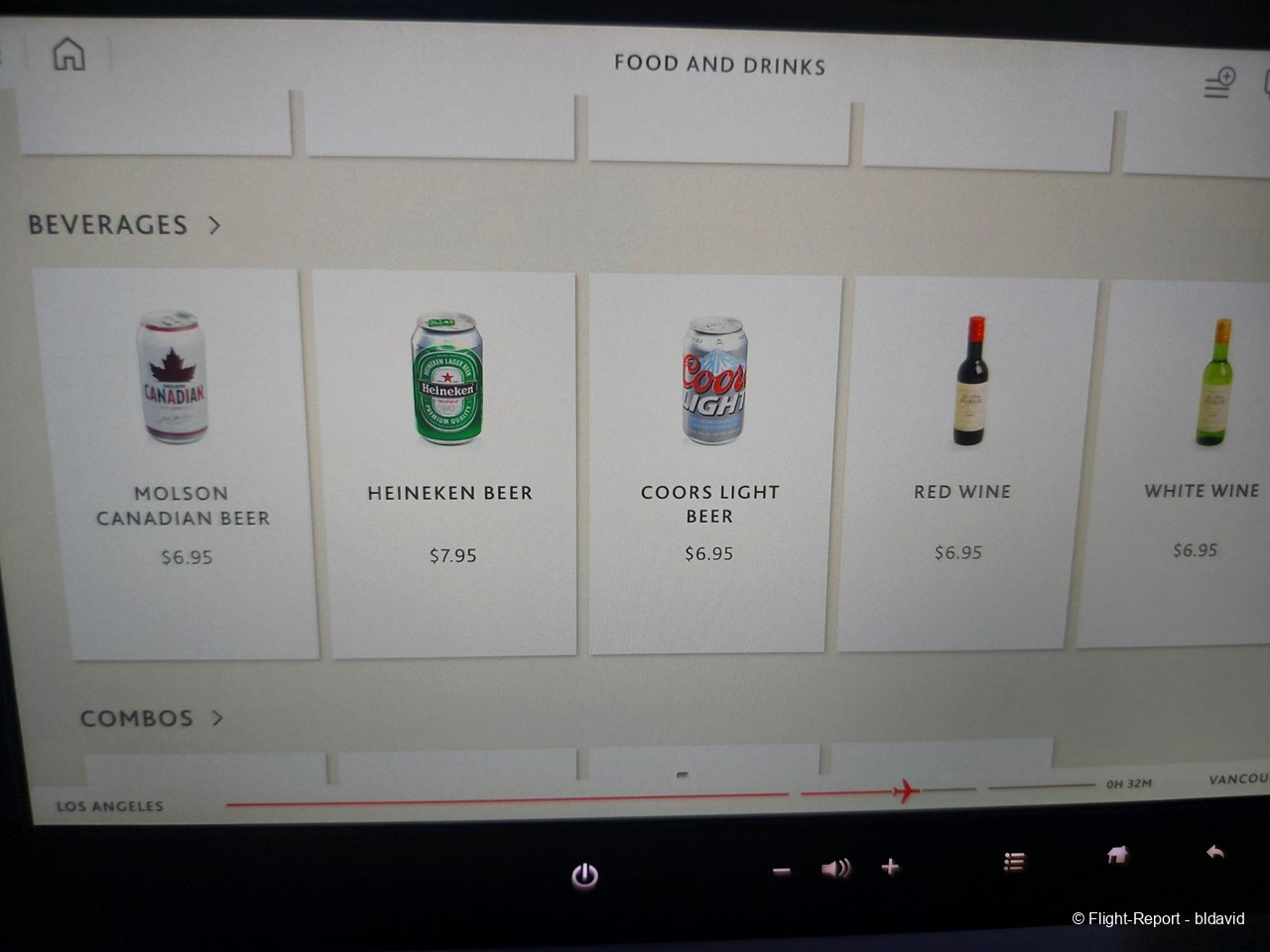 Food is available as BoB (buy on board). 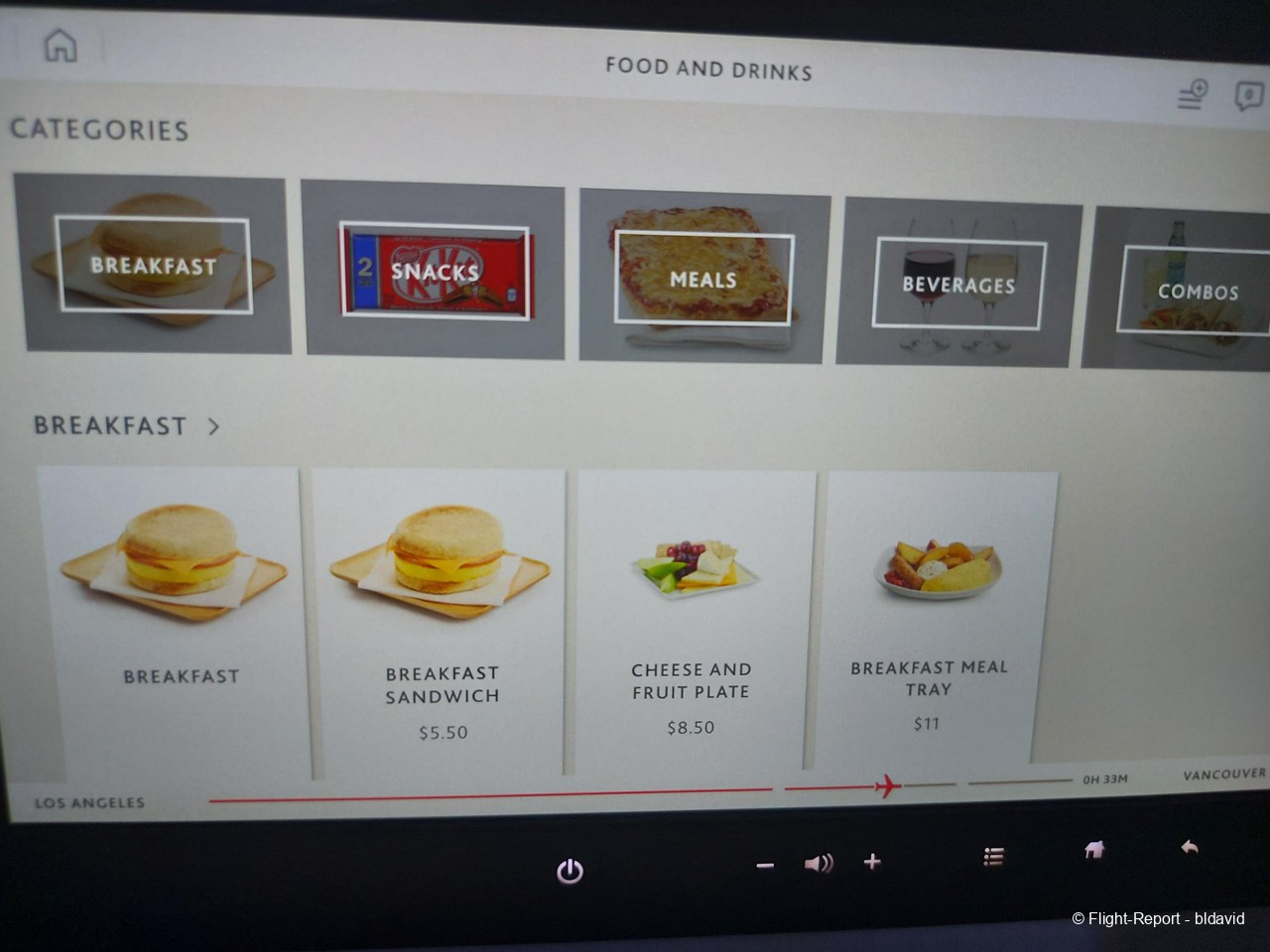 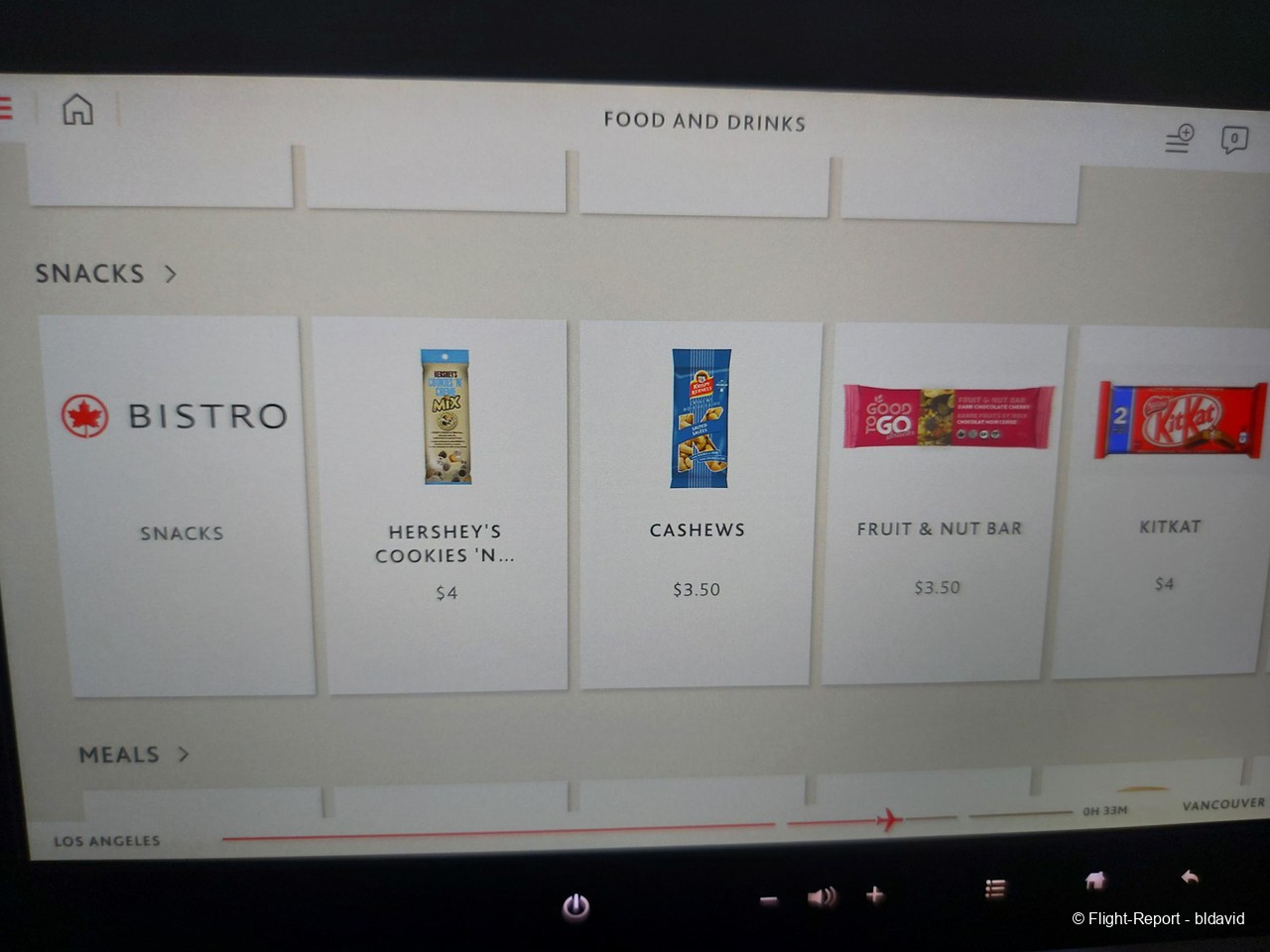 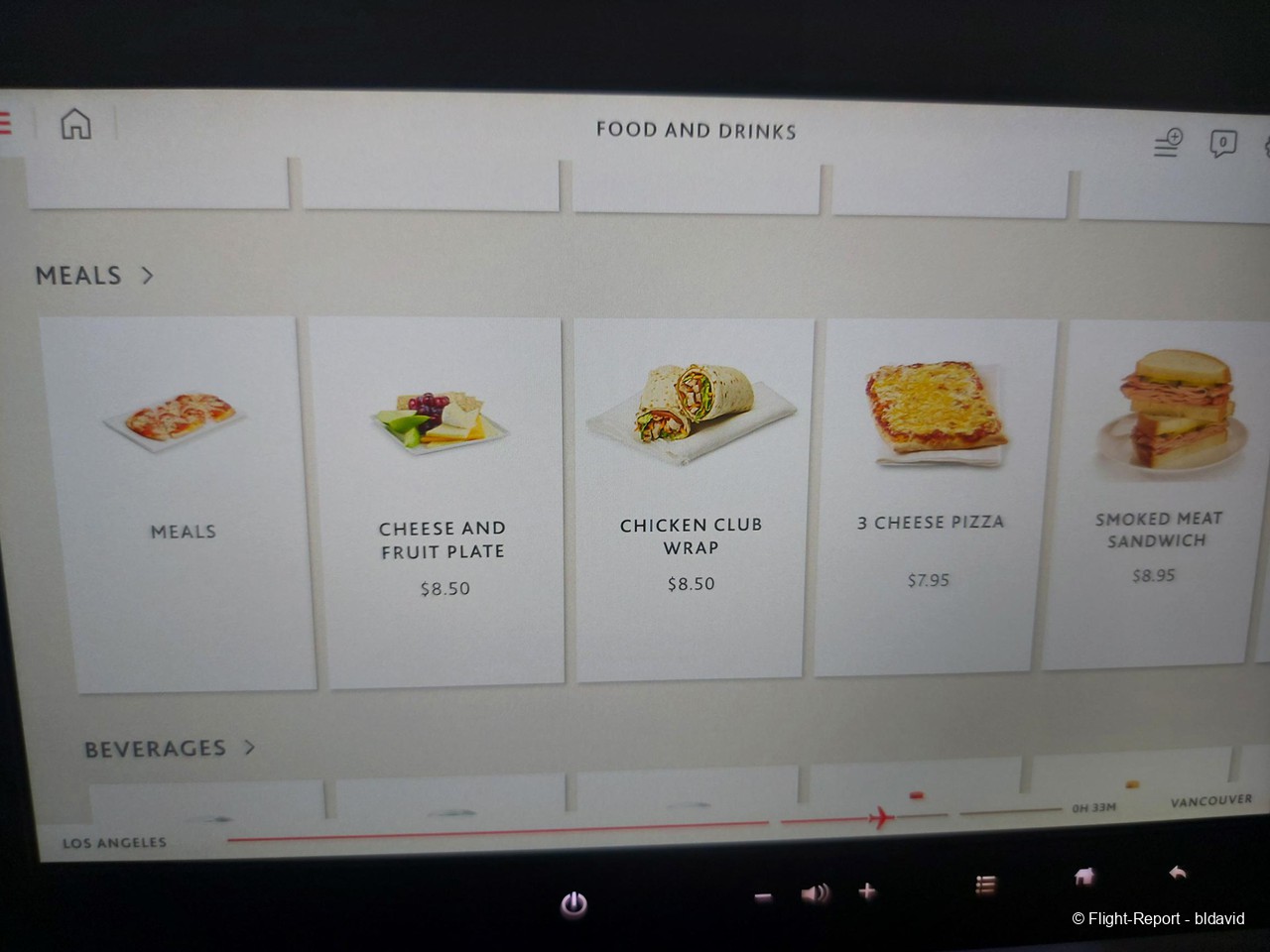 I bought a cheese plate. It was excellent. 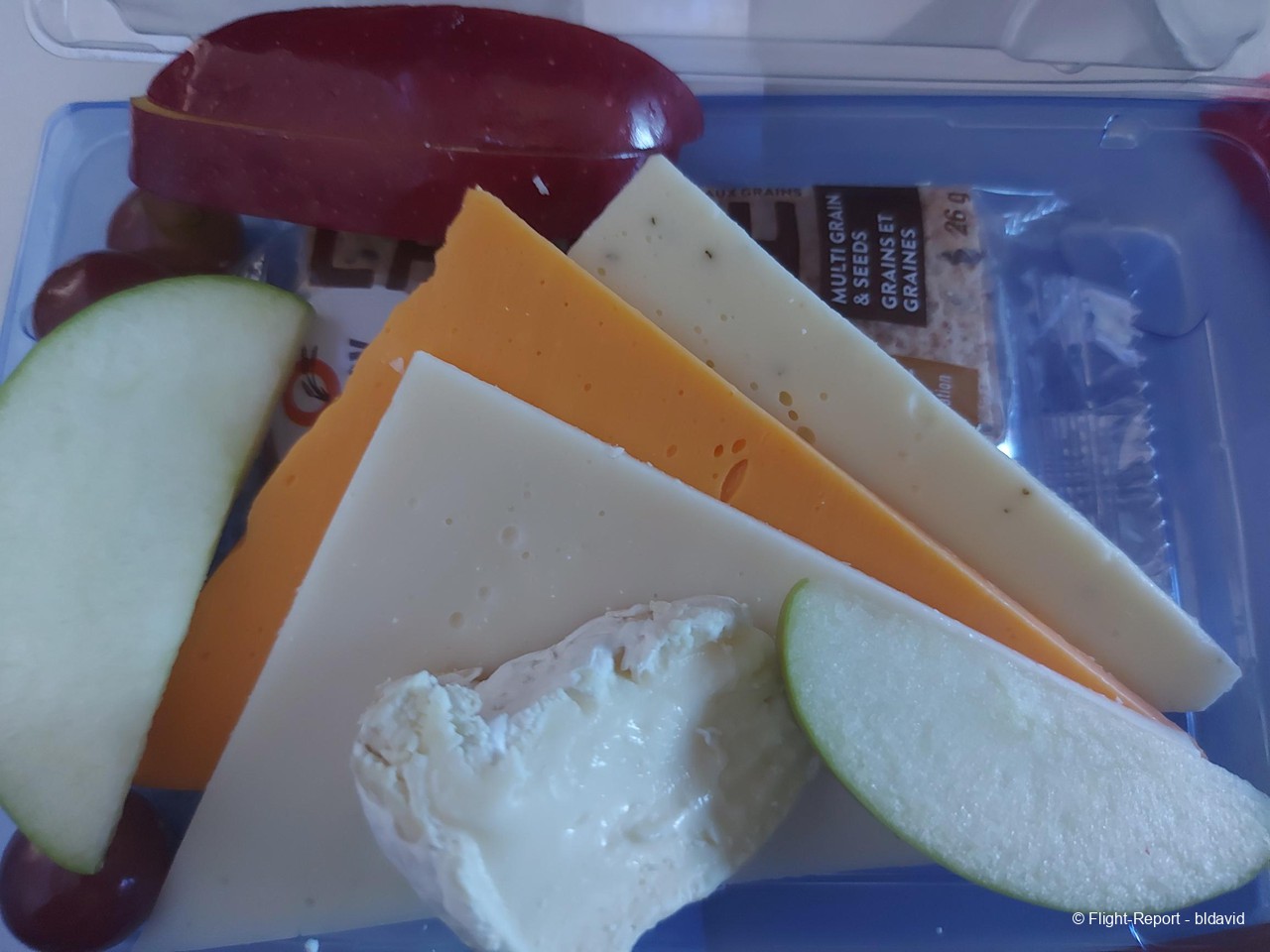 I started the follow the flight map after I finished my movie and we were approaching Vancouver. 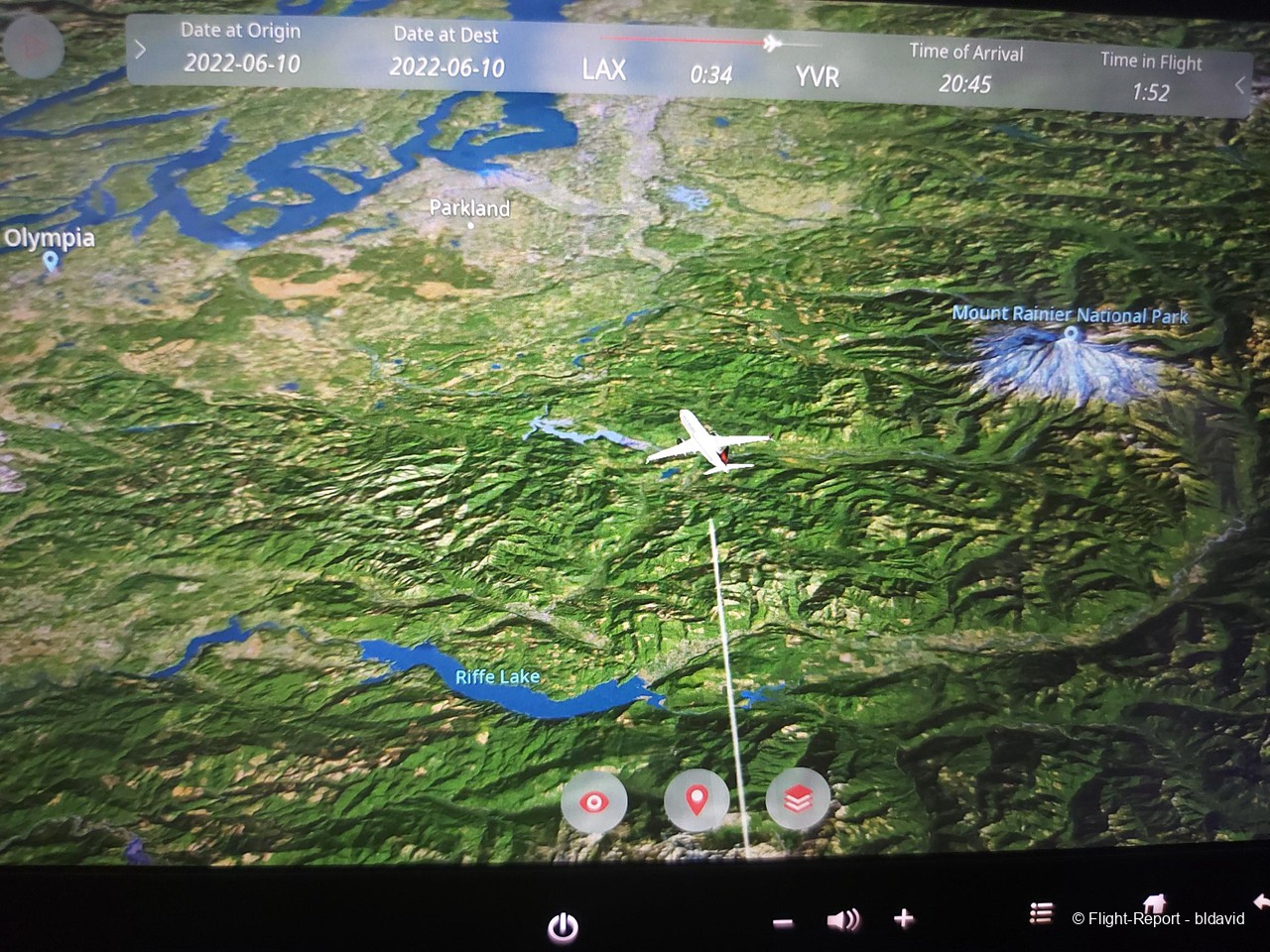 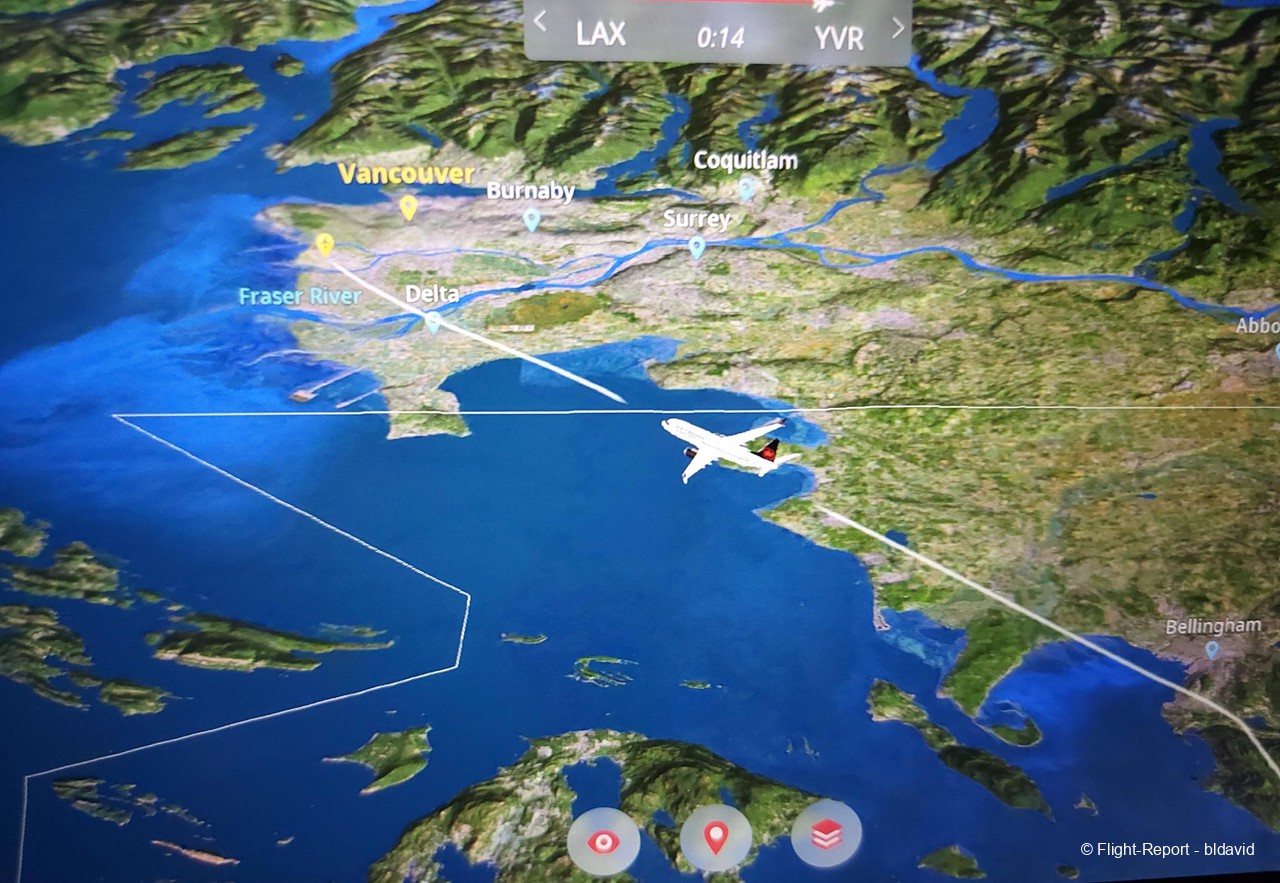 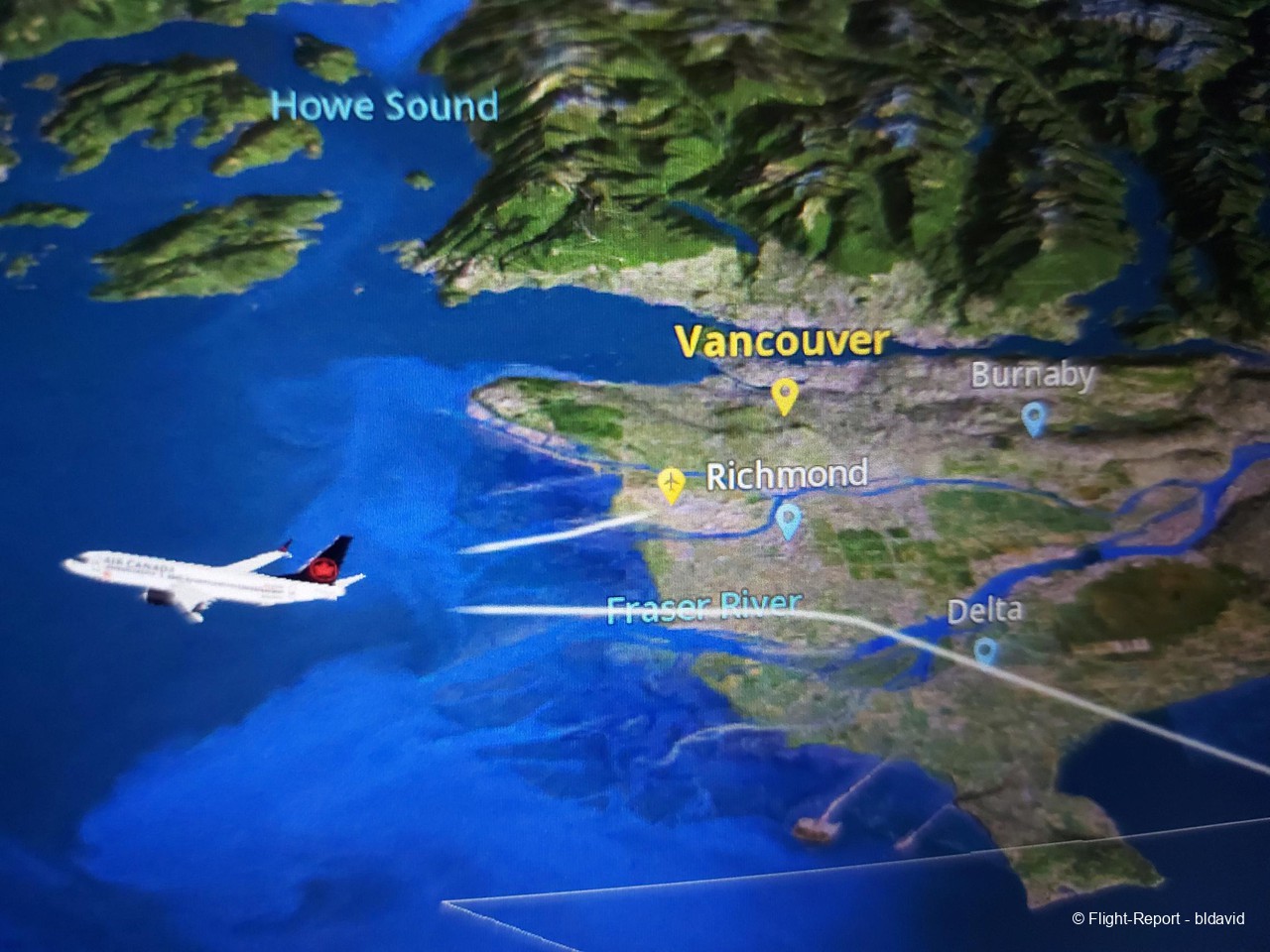 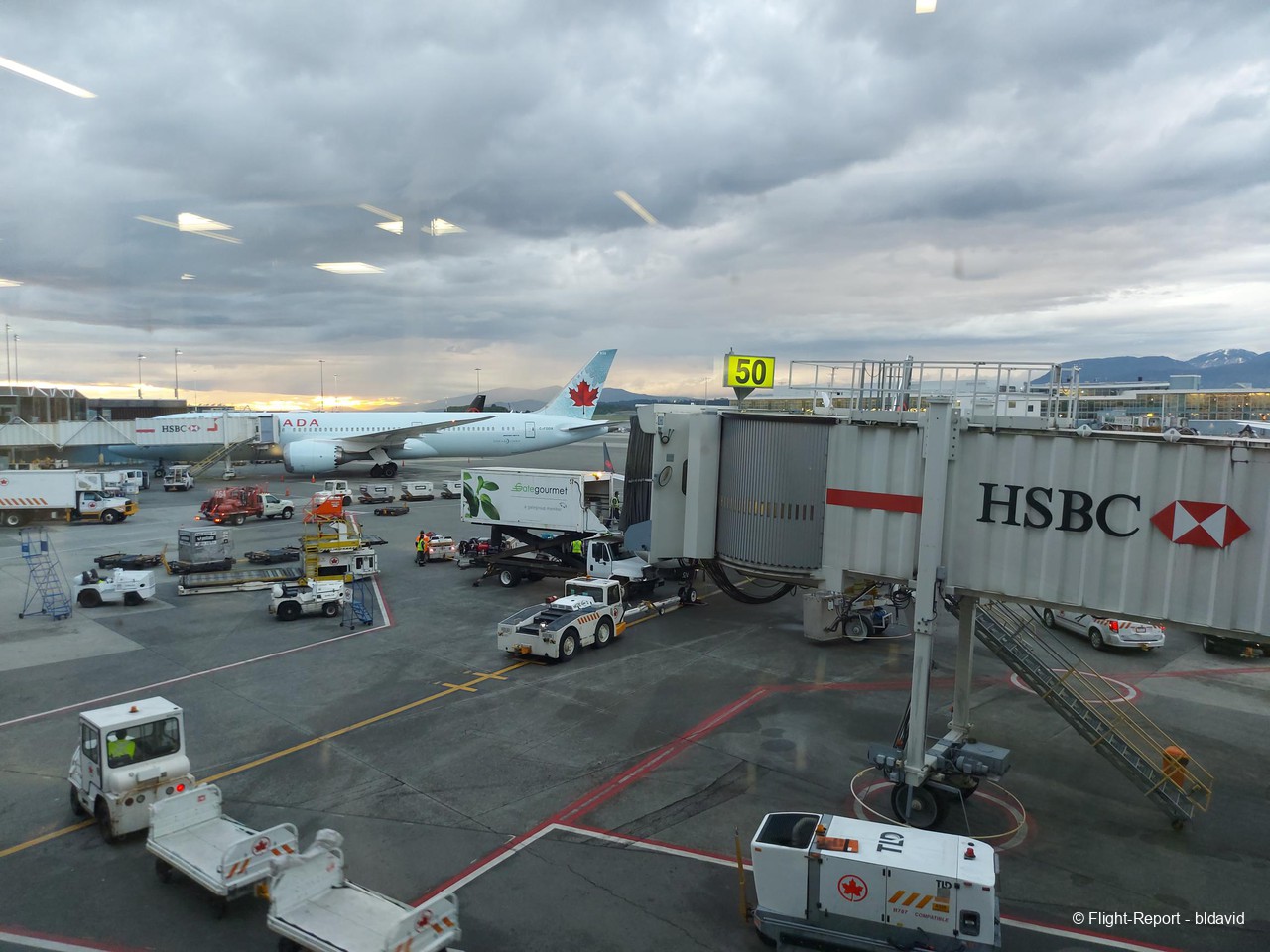 Immigration was not as fast as when we arrived from Iceland about a week earlier but it was still not too bad.

We took a taxi to the Pacific Gateway Hotel Vancouver Airport. There's absolutely nothing around the hotel but they pay for your taxi ride, the room is large, the bed is comfortable and there is a nice view - unfortunately not of the runways. 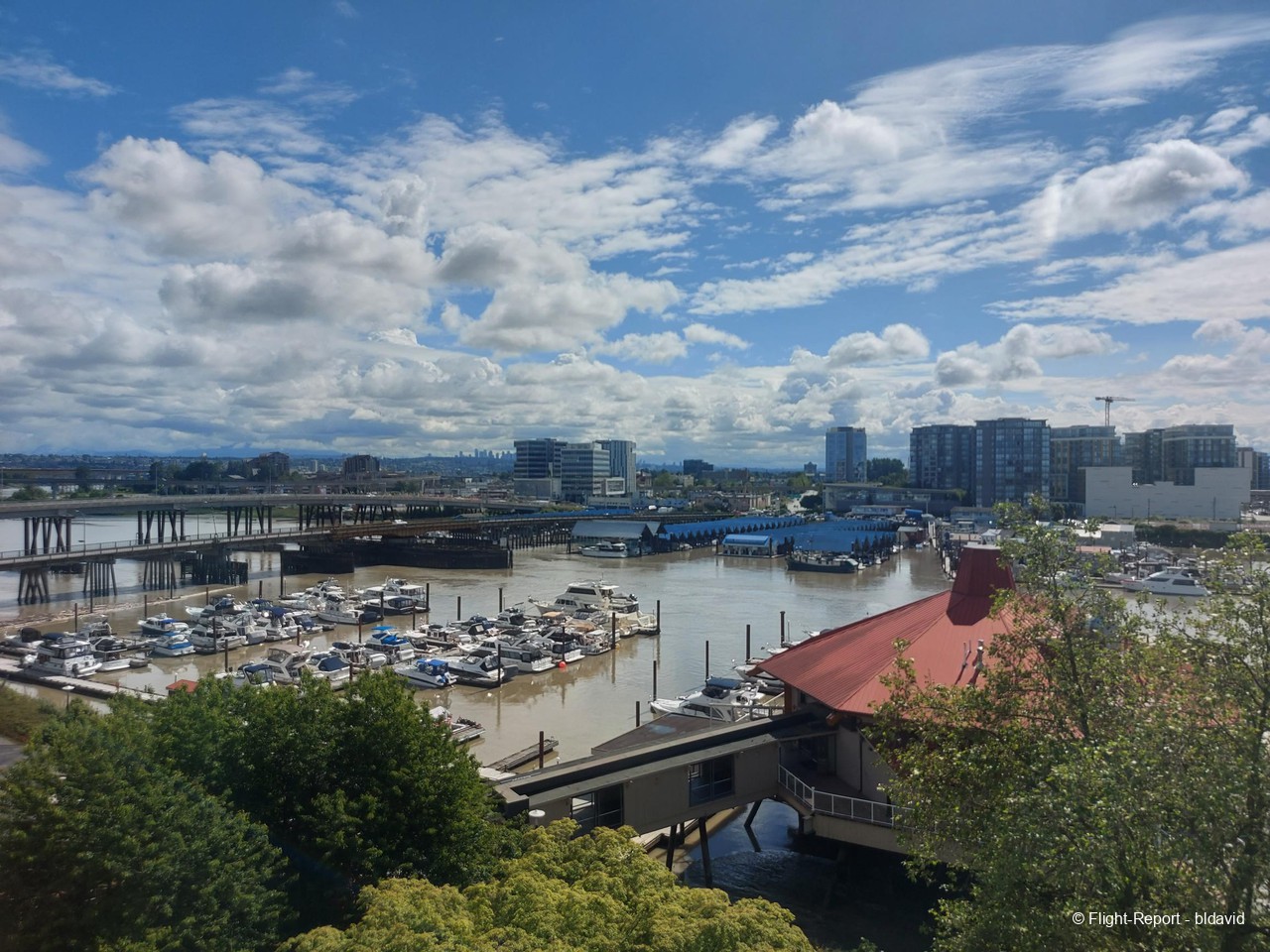 Despite the chaotic boarding and a load of almost 100% this was an excellent flight with a very nice cabin, a comfortable seat, decent legroom, a modern in-flight entertainment system, a very good choice of movies and quality buy on board food.

The contributors of Flight-Report published 4 reviews of 3 airlines on the route Los Angeles (LAX) → Vancouver (YVR).

The average flight time is 2 hours and 32 minutes.