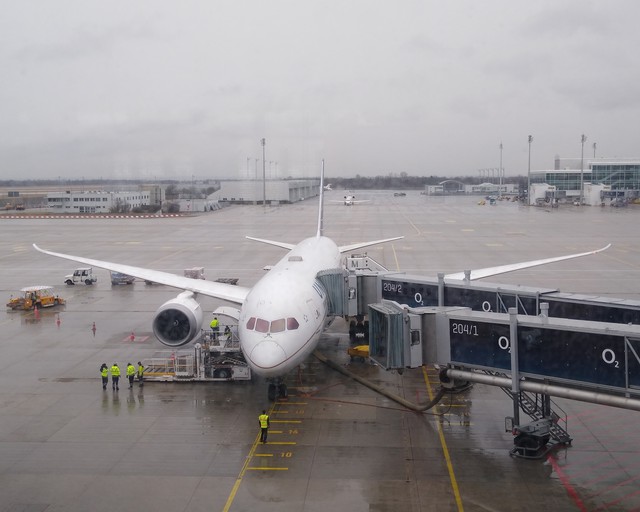 Hello everyone and welcome to another flight report! I hope you are doing well and staying safe in these difficult times! I finally found the time and opportunity to write another flight report, this one is about my trip with United Airlines from Munich (MUC) to Washington-Dulles (IAD). It was my connecting flight to the United States, after having previously flown from Berlin (BER) on Lufthansa. I had to fly via another airport, but they finally added Berlin to their route network, flying from Newark (EWR) so I won't have to fly via that many airports when I fly back home. I hope you enjoy this report, let me know what you think, and please check out my other flight reports as well! :) Thank you and have a great rest of your week, everyone! :) 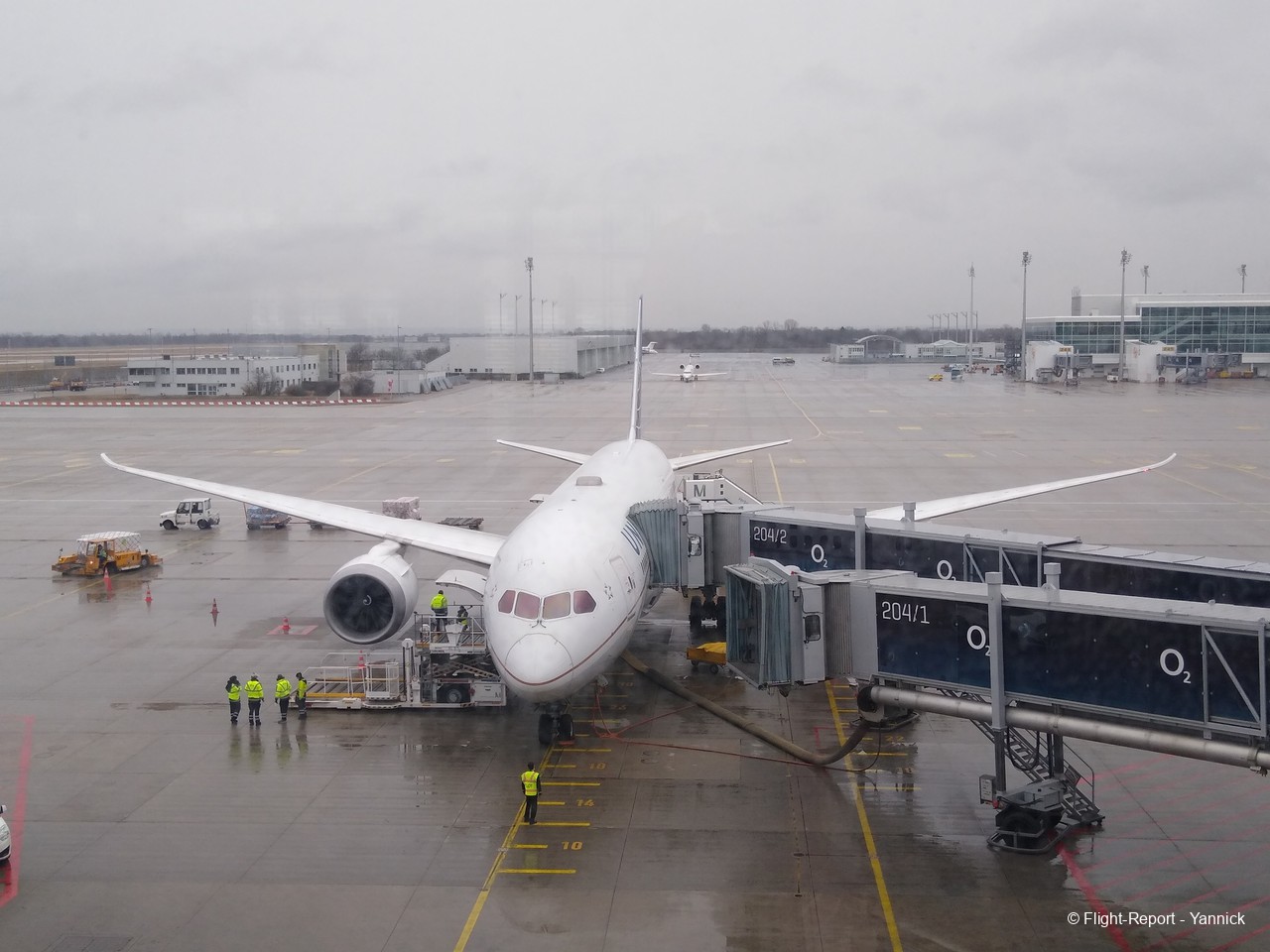 My aircraft for the nearly 9-hour flight across the pond was a Boeing 787-8 Dreamliner, one of the most modern popular jets in the aviation industry. It is spacious, quiet, and very fuel-efficient. It offers a much more comfortable ride through several different factors, including that it combines new filtration, better pressure, and more humidity to help passengers feel less dryness and fatigue. Sensors on the 787 sense and dampen turbulence for a more comfortable ride and less motion sickness. (Source: Boeing) It can fly at a cruise speed of up to 560 mph, has two General Electric GEnx engines, and measures 197 feet, 4 inches in wingspan. (Source: United) This was only my third time flying on this jet, but I love this airplane already (despite me being more of an Airbus fan, haha :))! United Airlines operates from Terminal 2 in Munich, which houses Star Alliance members, including Lufthansa. My gate that day was H08, which is where United typically parks for the MUC-IAD route. 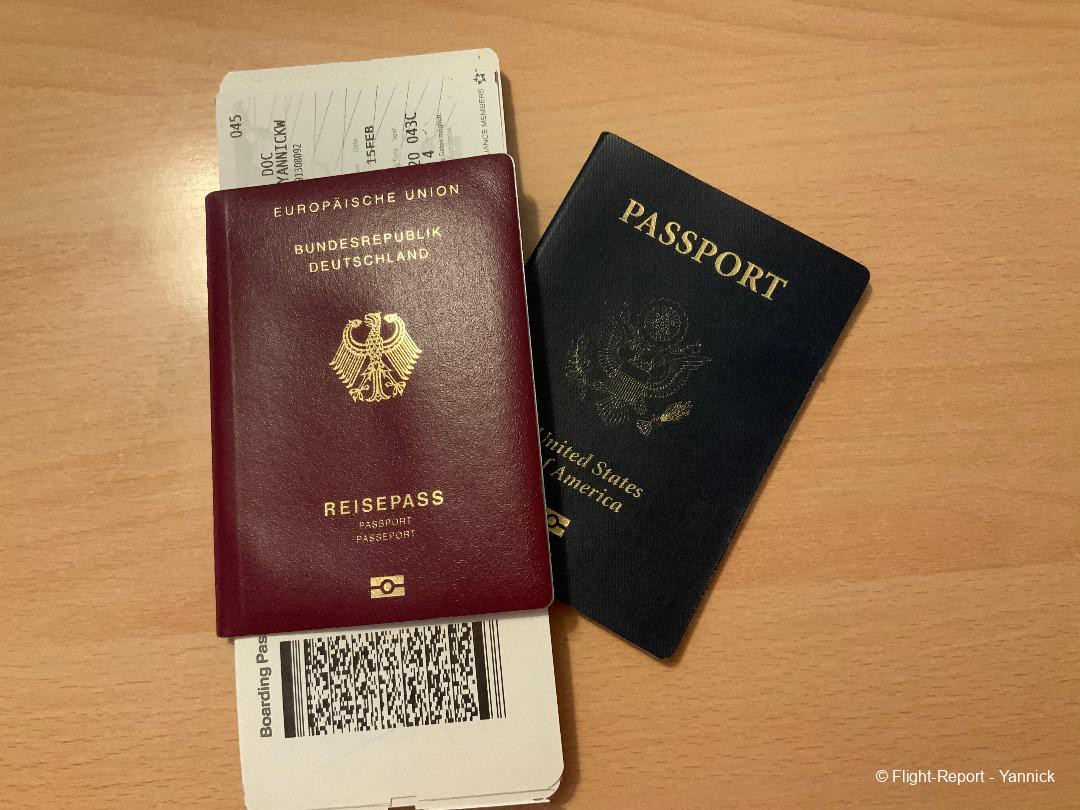 Boarding started on time at 11:20 am local time, and the Captain even announced that our departure time was moved up by ten minutes, so we took off at 12:10 pm instead of 12:20 pm. It is always great to be ahead of schedule! …And yes, I am a dual citizen. :) 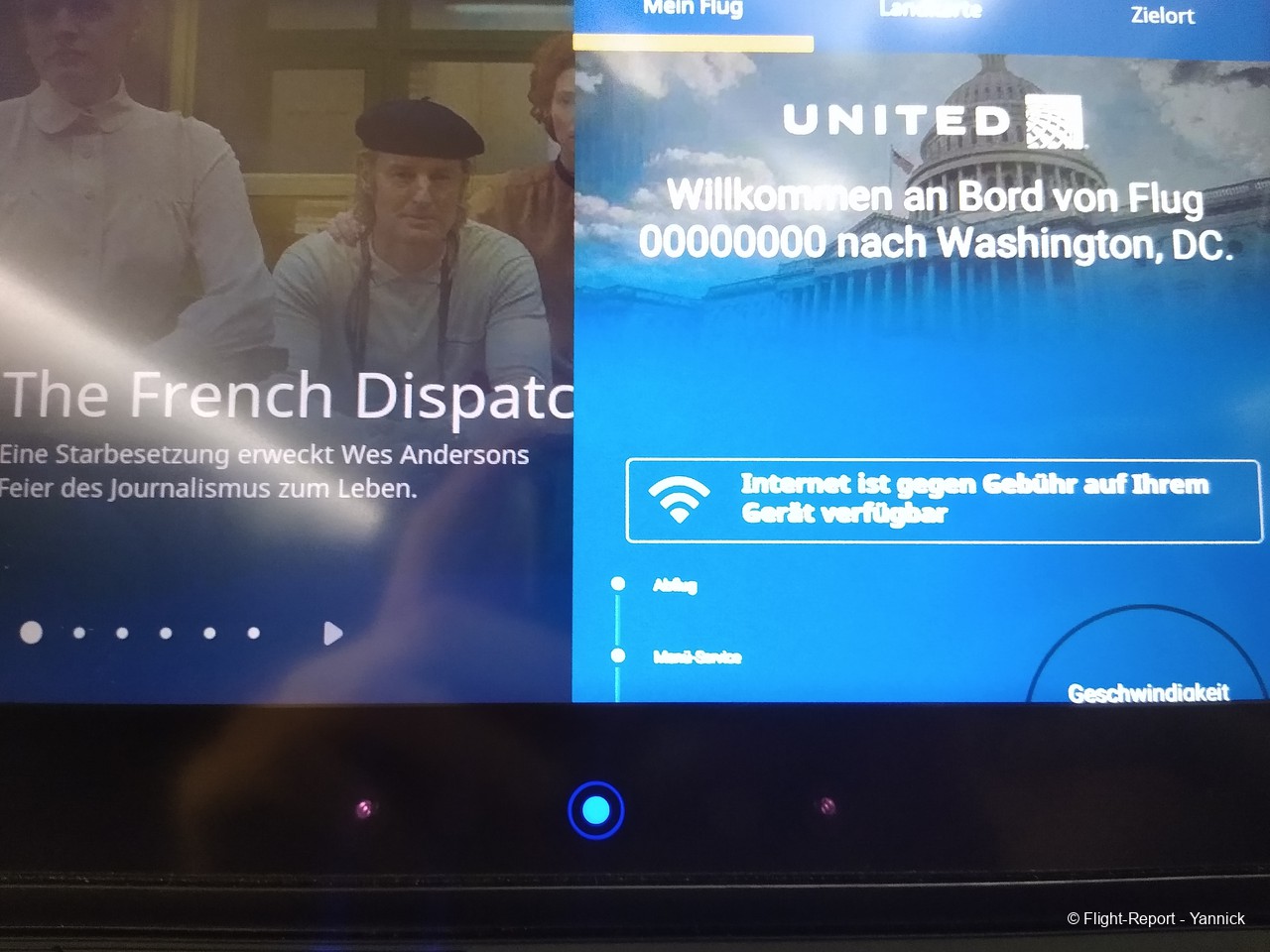 ''Welcome on Board Flight 00000000 to Washington, DC.'' (I honestly don't know why the flight number is replaced by a lot of zeros; possibly a technical issue, but I have noticed that on a lot of flights in the past as well. Anyways, our flight number was 107. 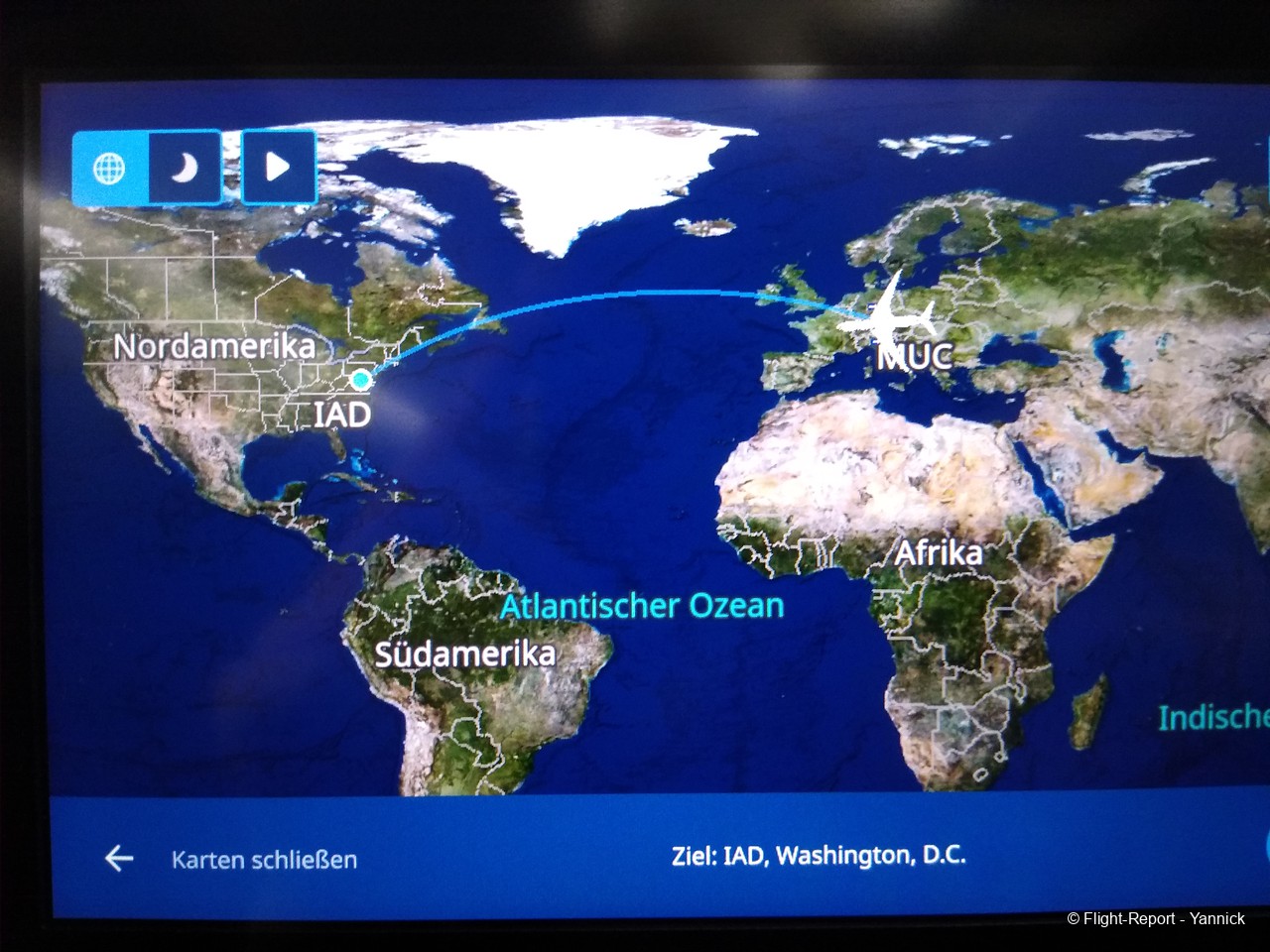 Our flight path, as the Captain later announced, was going to be a bit different than shown on the IFE screens. We flew a bit further north, over the southern tip of Greenland. Unfortunately, I didn't have a window seat on this flight, otherwise I may have been able to take a few pictures. But sitting in an aisle seat also has at least one advantage, which is that you can get up almost whenever you want during the flight, without disturbing people seated next to you. 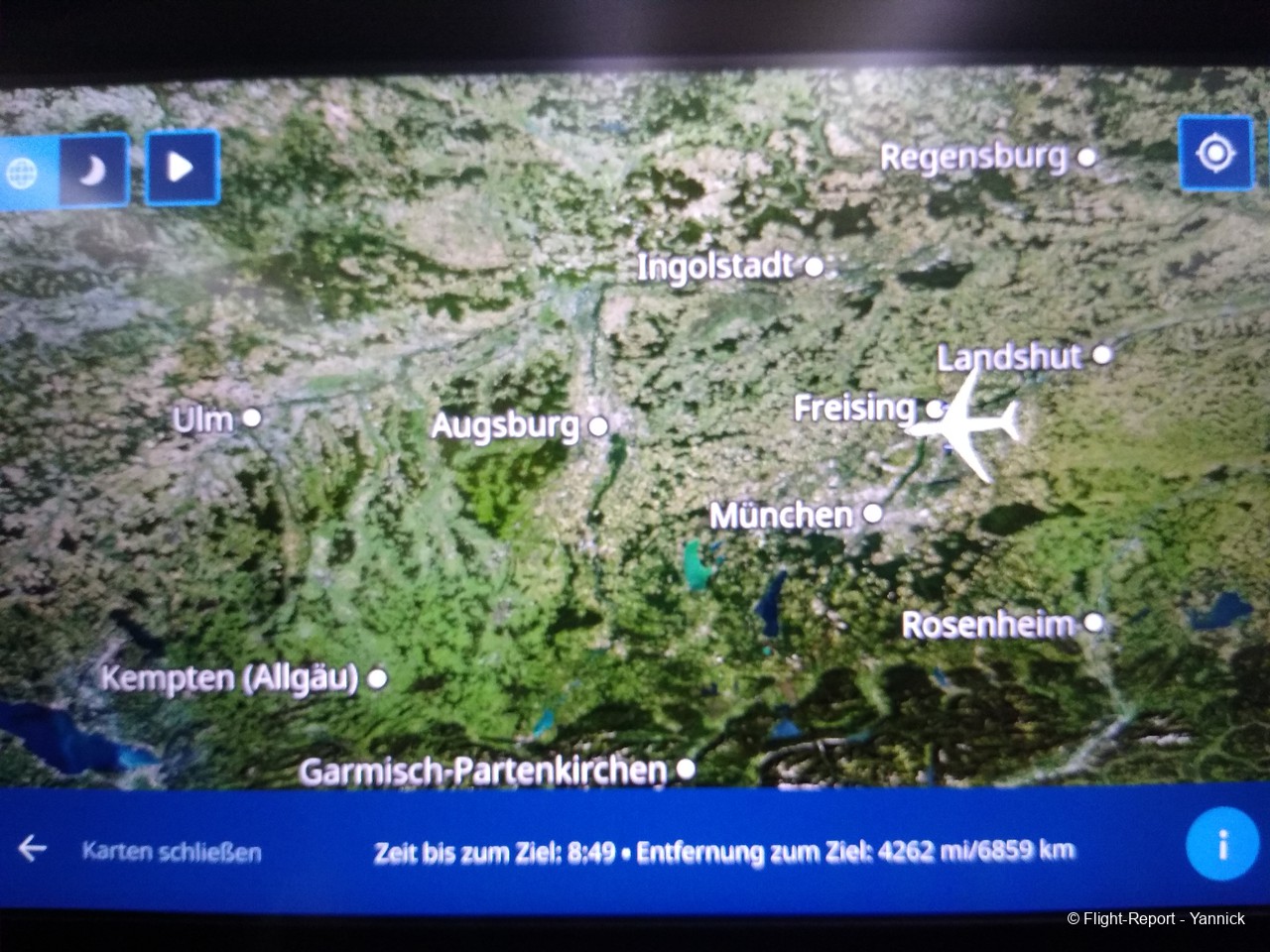 Munich Airport is located 28.5 km (17.7 mi) northeast of Munich near the town of Freising. It is named after former Bavarian minister-president Franz Josef Strauss. It has two passenger terminals with an additional midfield terminal, two runways as well as extensive cargo and maintenance facilities and is fully equipped to handle wide-body aircraft including the Airbus A380. (Source: Wikipedia) 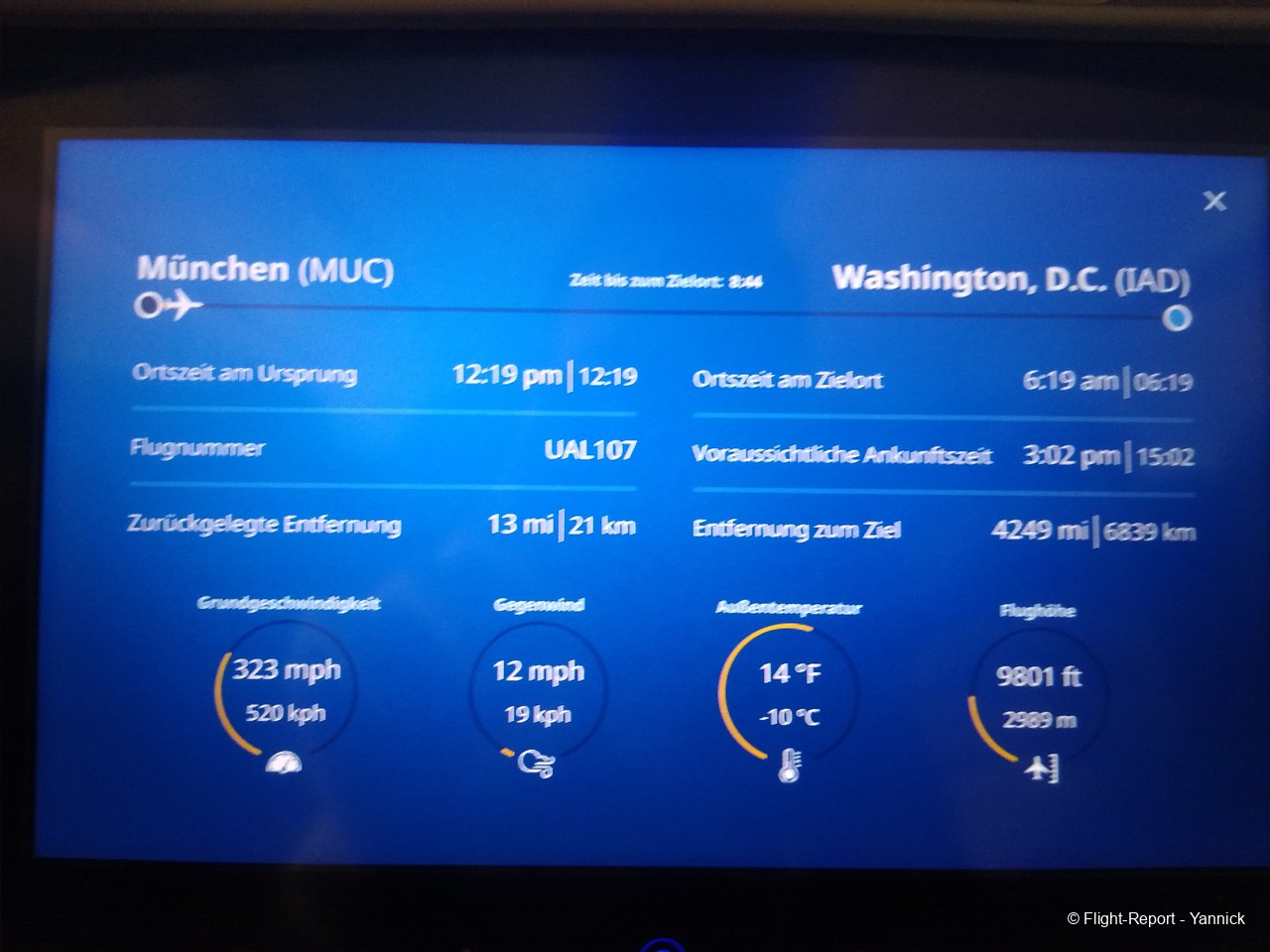 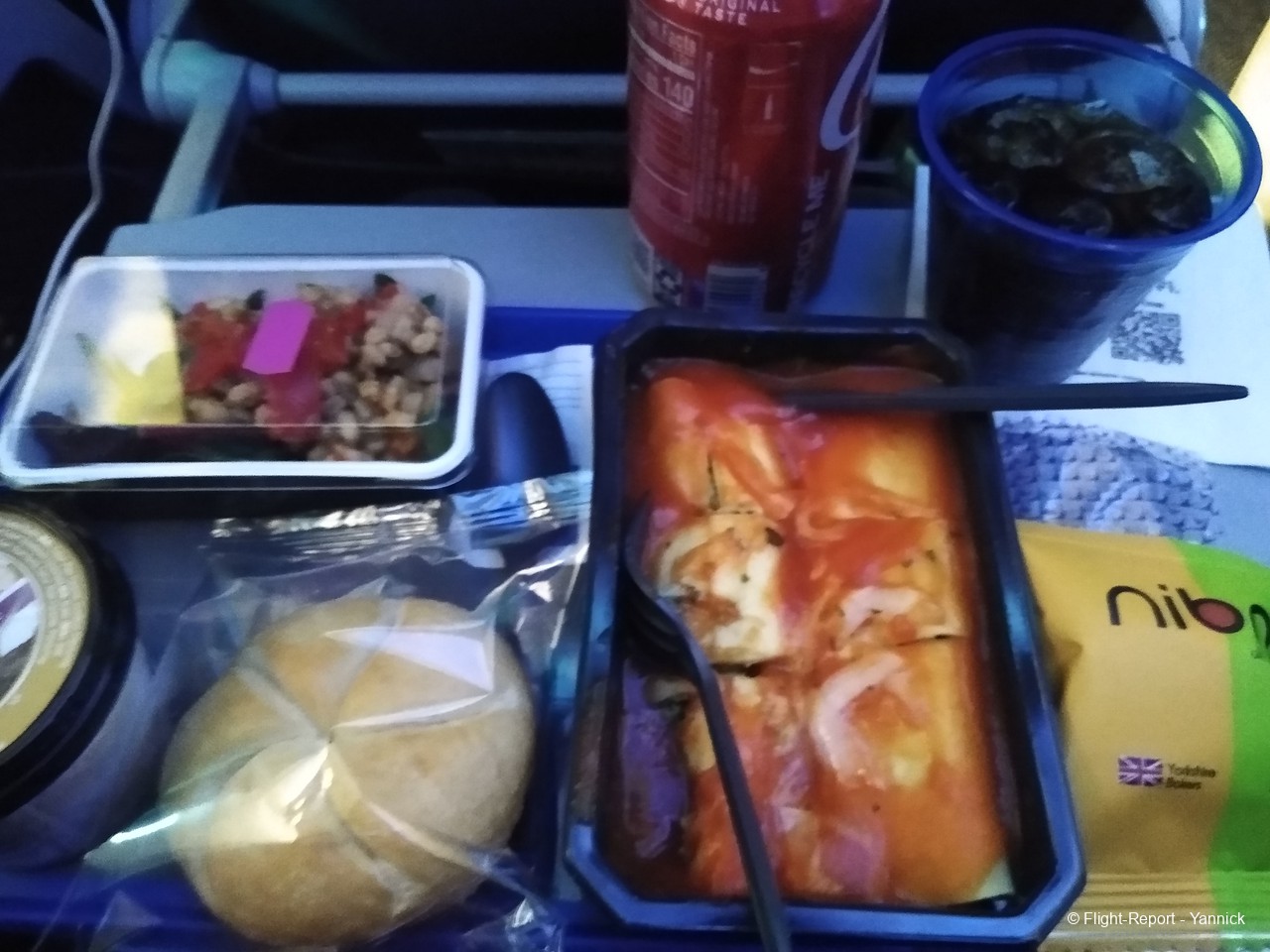 Shortly after we had reached our cruising altitude, lunch was served. As usual in Economy class, the choice was between chicken and pasta. I went for the pasta, which came along with some sort of salad (not sure what it is called to be honest, but it was good :)), a bun, and some ice cream for dessert. :) 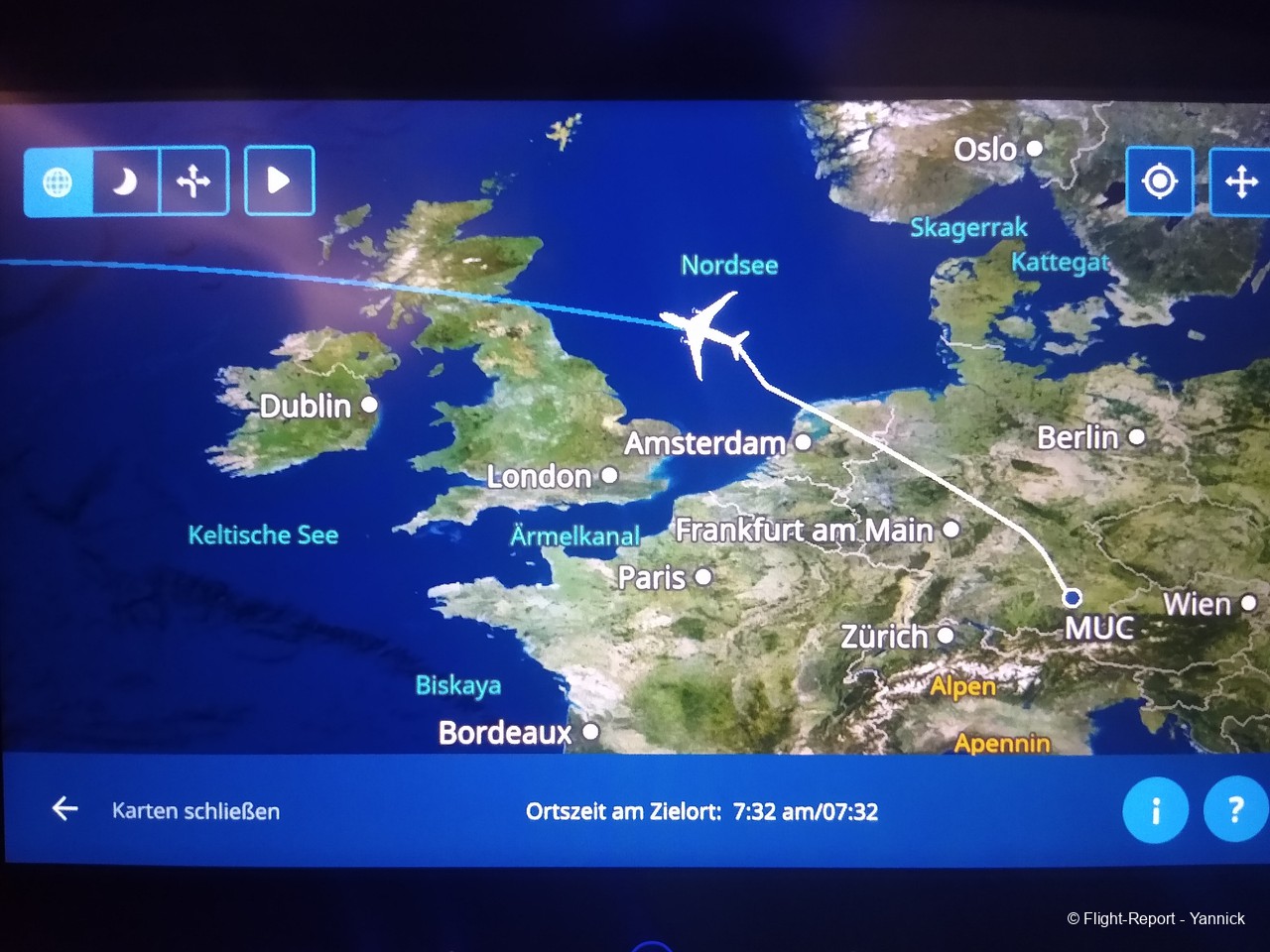 After I was done eating, I took a look at the IFE again to see where we are. As you can see, we had just banked right a bit to head further North and began flying towards Scotland (also on my bucket list! :)). 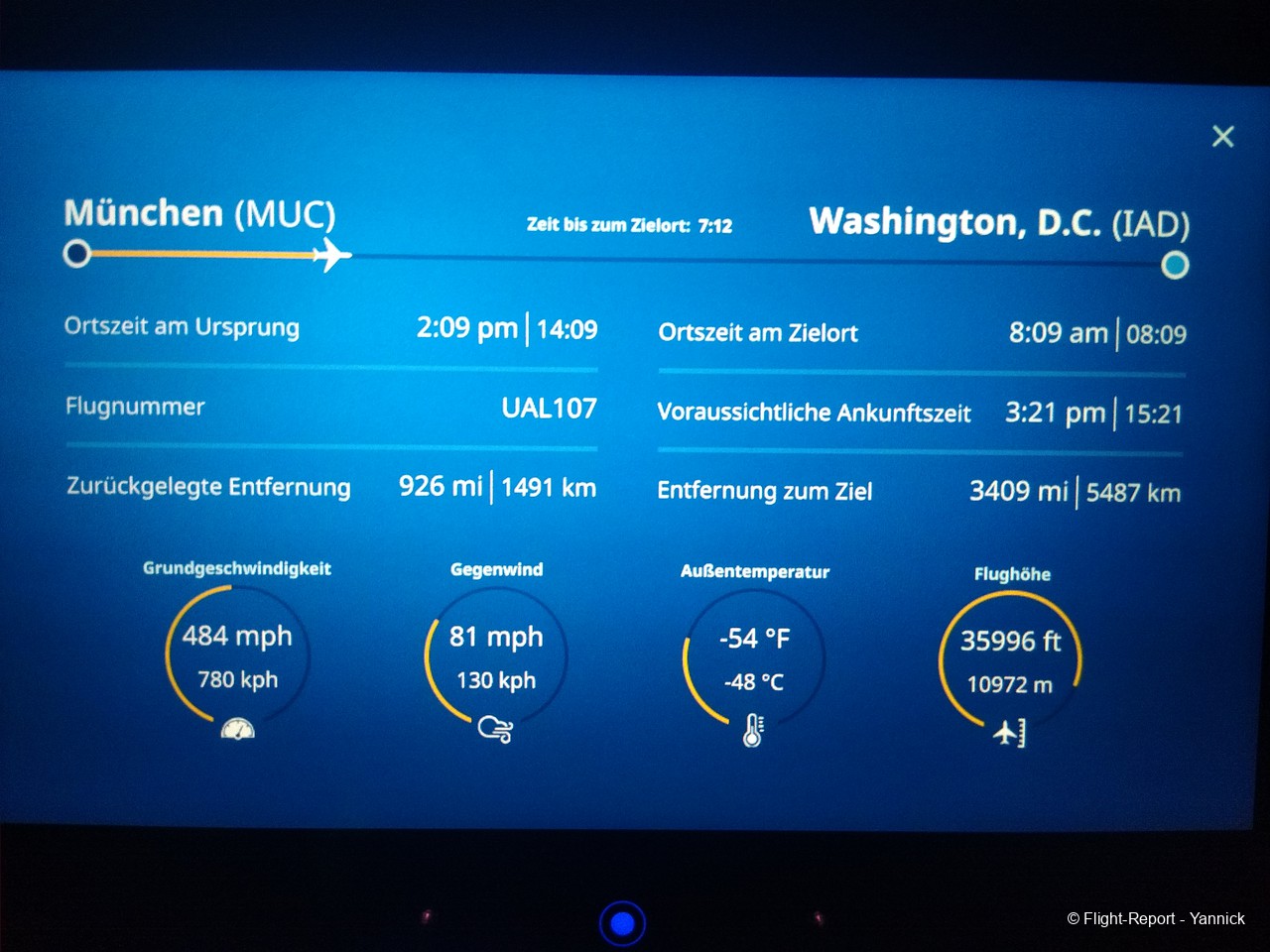 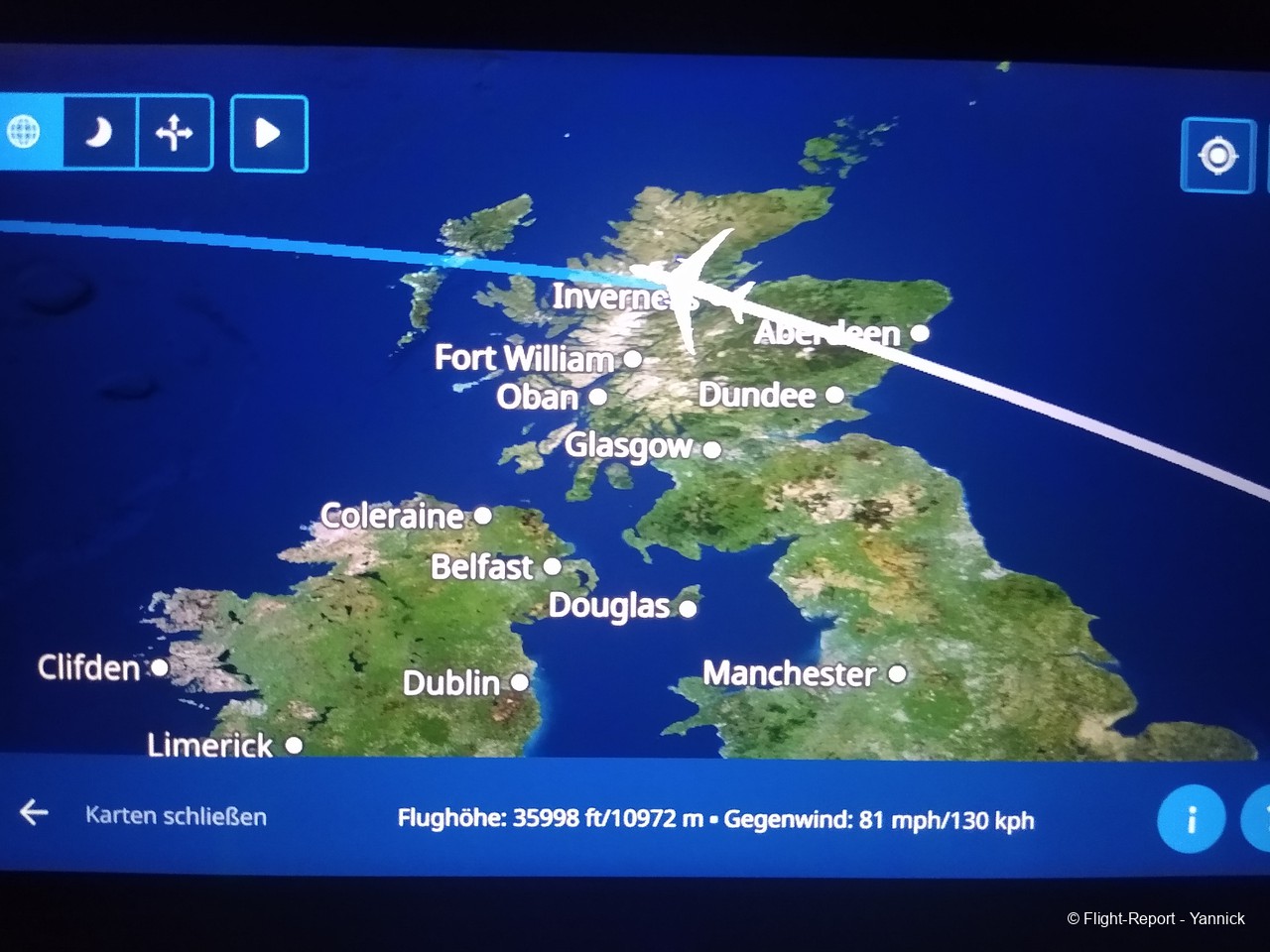 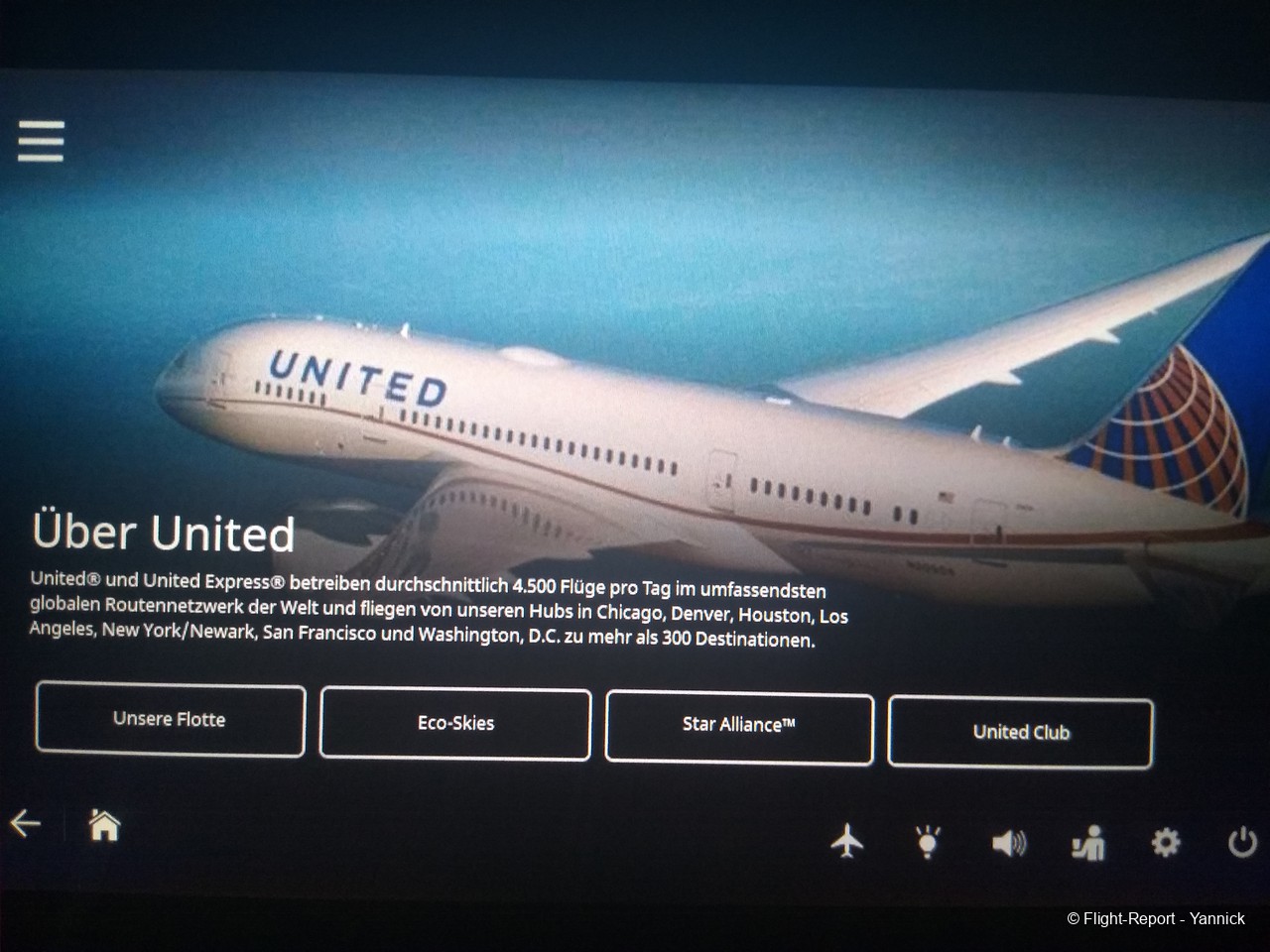 ''About United:
United and United Express serve an average of 4,500 flights per day in the most extensive and global route network in the world and fly from our hubs in Chicago, Denver, Houston, Los Angeles, New York/Newark, San Francisco and Washington, D.C. to more than 300 destinations.''
Underneath, you can, in addition, find out more about United's fleet, Eco-Skies, Star Alliance, and United Club.
Eco-Skies, for example, is a program that involves leading global corporations, such as HP, Microsoft, and DHL, working with United to help power flying in a more sustainable way. This innovative program offers United's corporate customers the opportunity to reduce their environmental impact and help make sustainable aviation the norm. This group of leaders recognizes the need for bold action to accelerate solutions that decarbonize aviation. (Source: United) 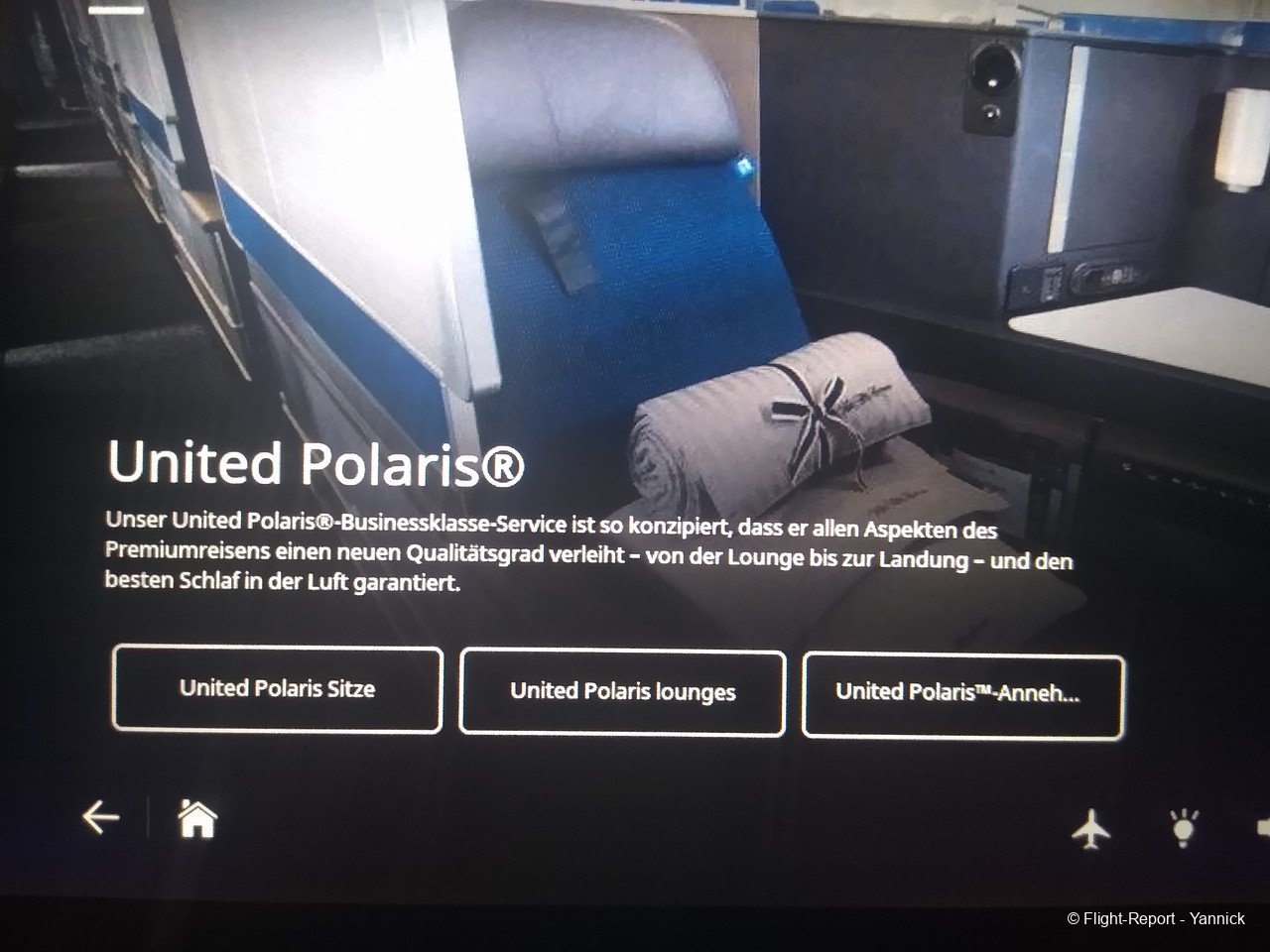 I have never flown in First or Business Class before, but once I have the money for it, I will be sure to try out United's luxury Polaris Class, which is designed in a way that it gives all aspects of premium travel a new quality level - from the lounge to the landing - and the best sleep in the air is guaranteed. :) 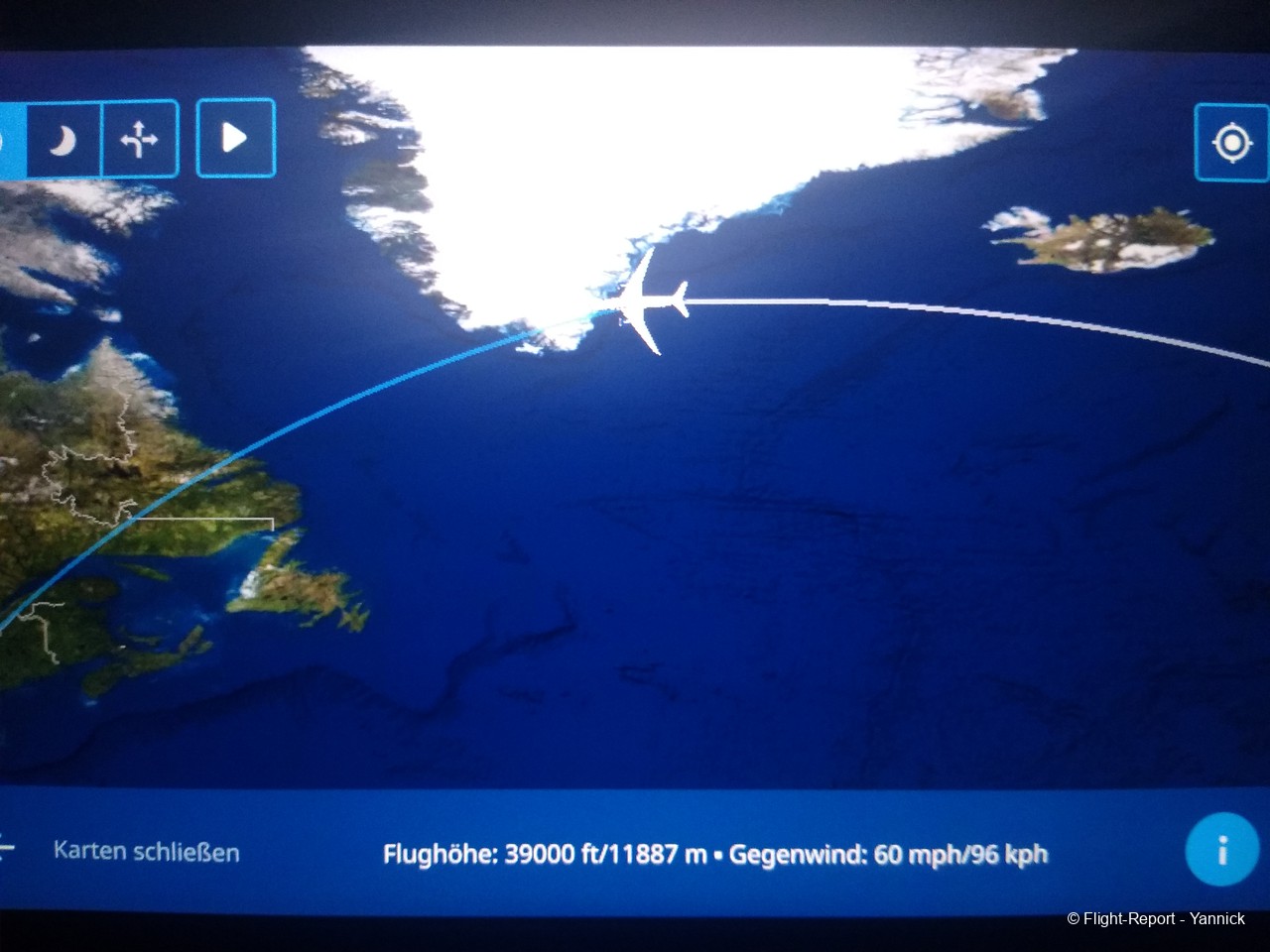 Somewhere in the middle of the flight, we made it to the southern tip of Greenland. At that point, we were flying at an altitude of 39,000 feet (11,887 meters) and our tailwind was 60 mph (96 kph). Our flight altogether was very smooth, with no turbulence until we descended into Washington D.C. This is quite typical for a flight in the winter. The air during this season is rather smooth compared to the summer because when it's hot, the atmosphere is less stable. 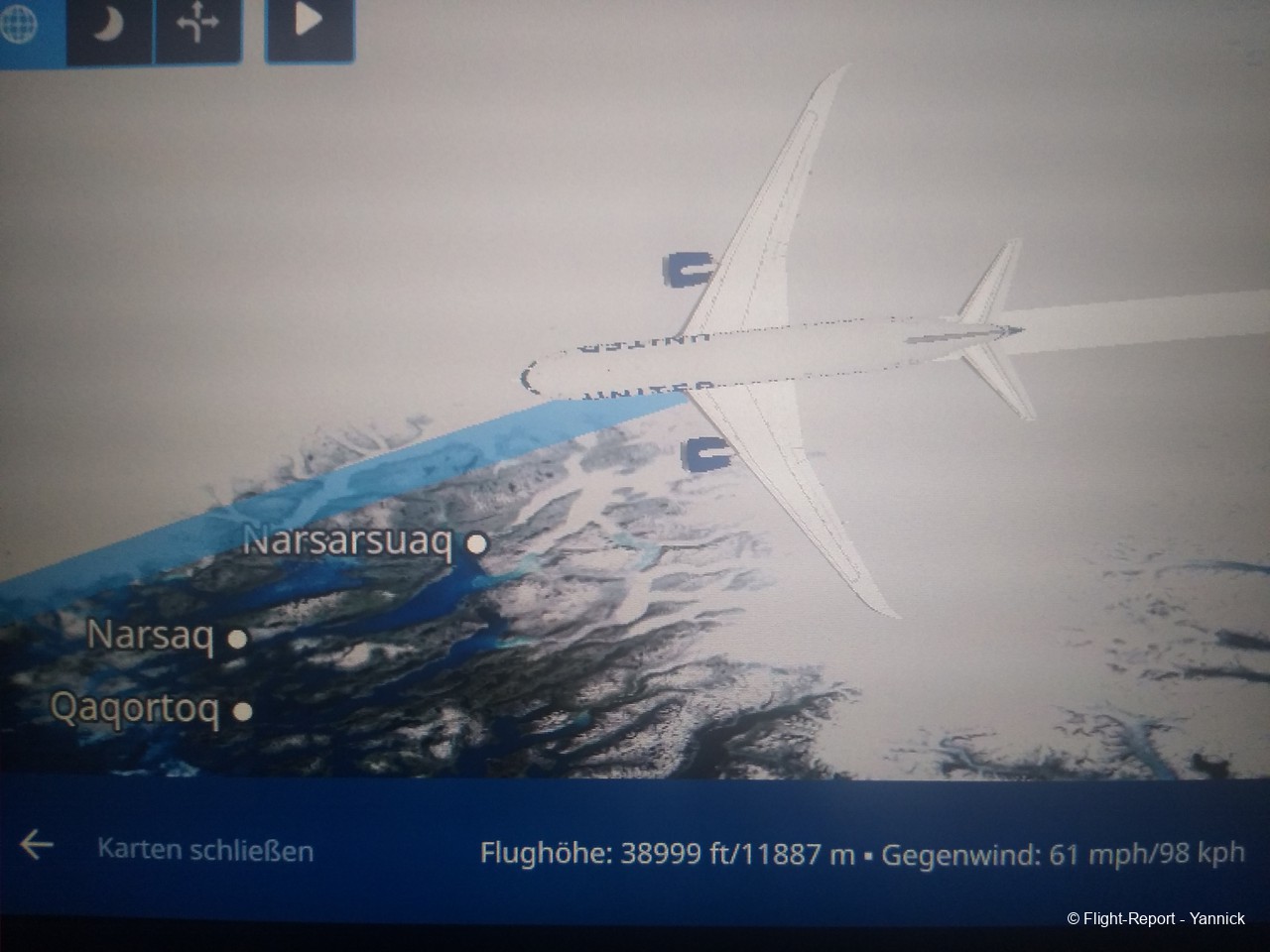 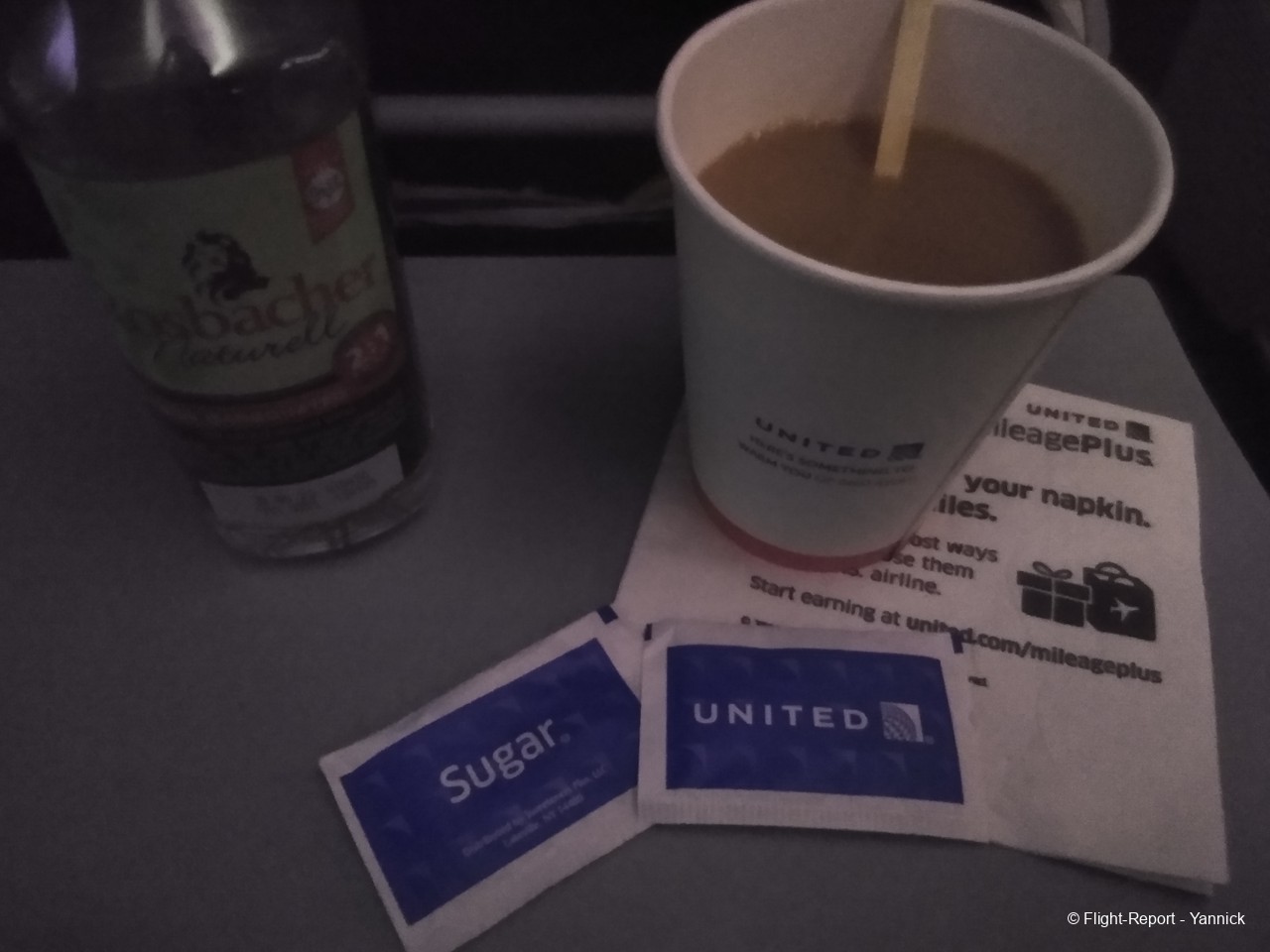 As we headed toward Canada, the flight attendants offered some more beverages. I chose coffee, as I need that several times a day (with creamer and sugar, of course!) :) 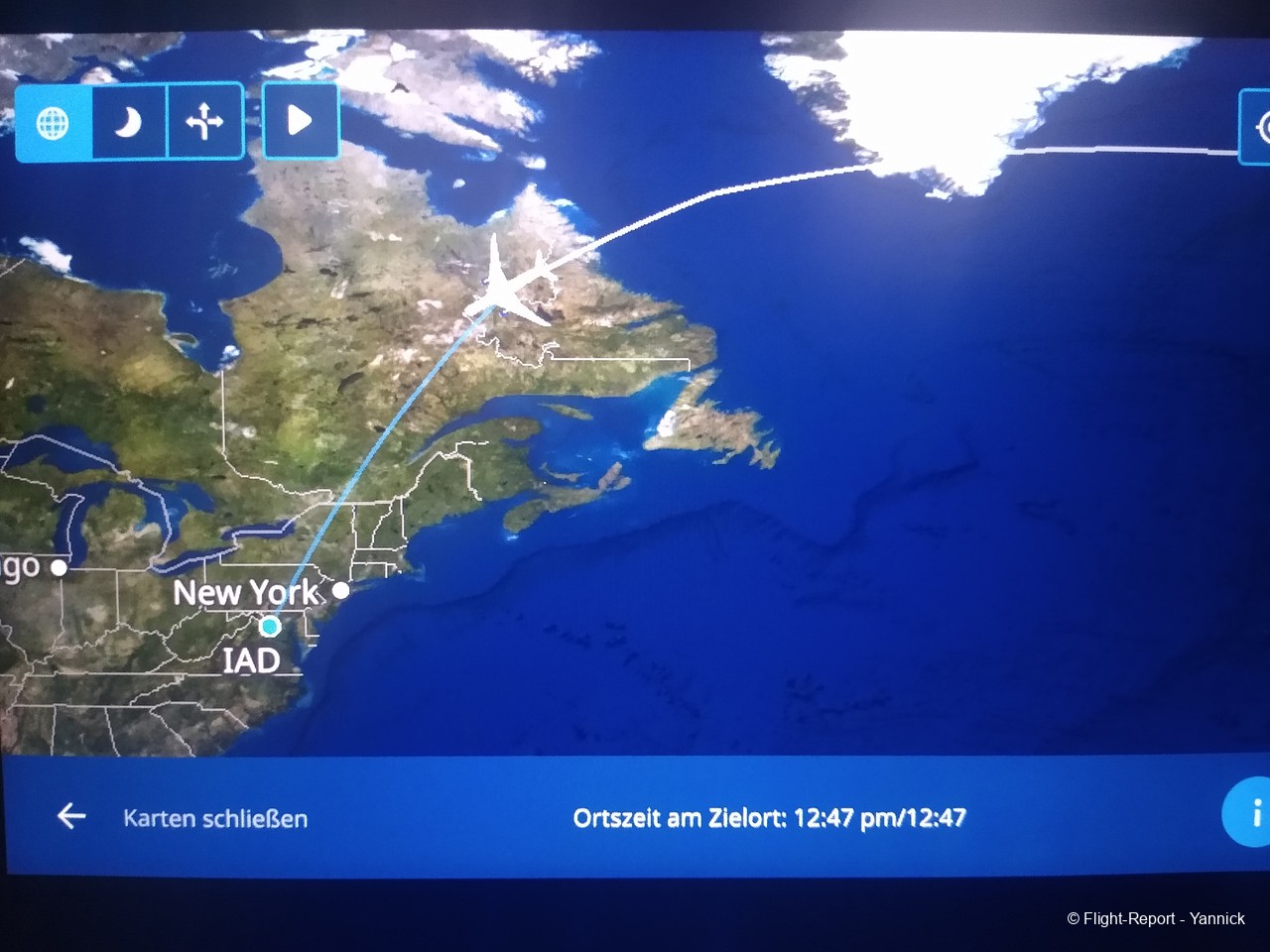 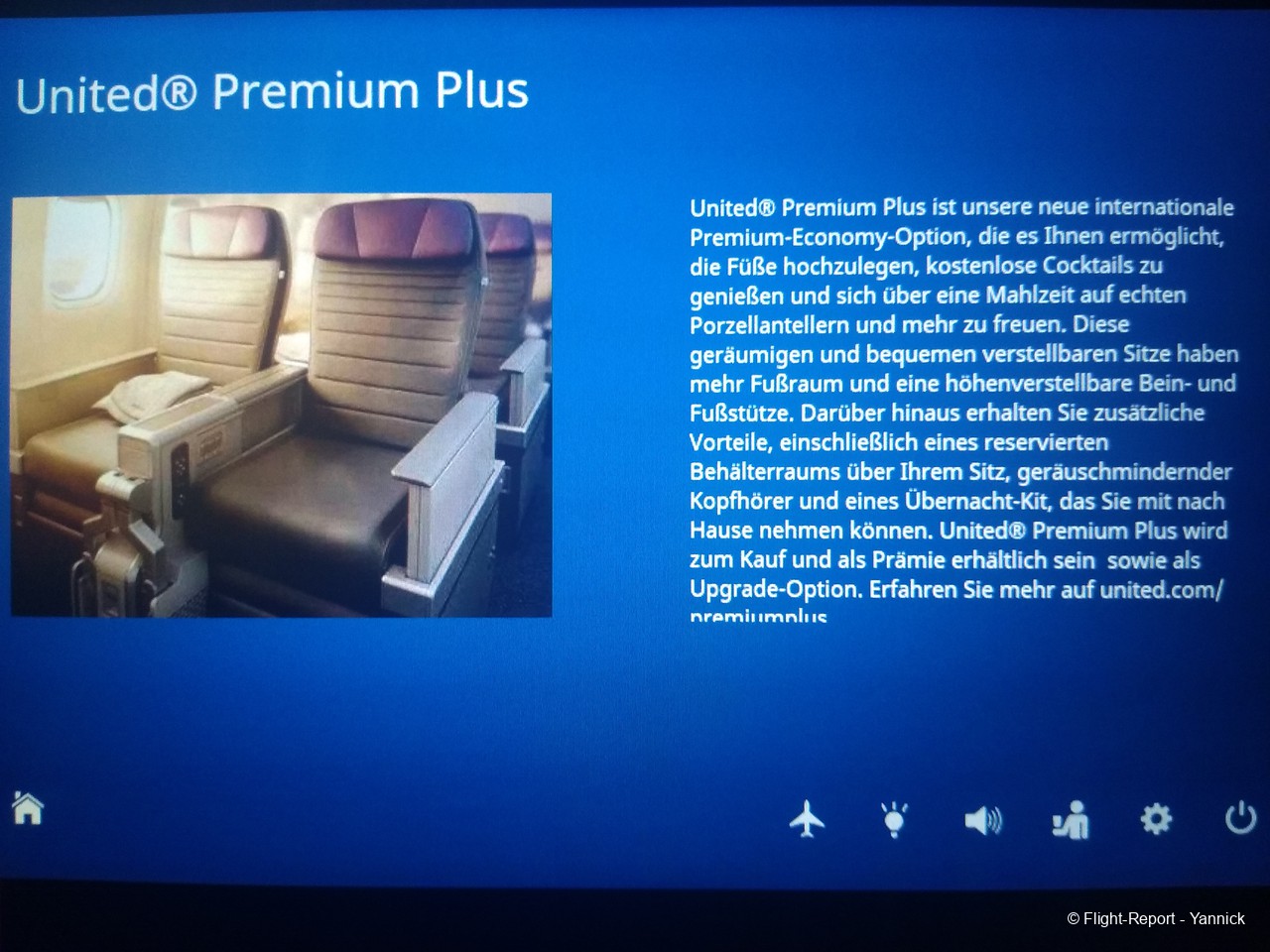 …Oh yes, I almost forgot to show you a special feature: United's new Premium-Plus cabin! Here, passengers can lean their feet high, enjoy free cocktails, and look forward to a meal on real porcelain plates and more. These seats offer more legroom as well as an adjustable leg- and footrest. additionally, you will receive a reserved storage compartment above your seat, noise-reducing headphones, and an overnight amenity kit, which you can take home with you. United Premium Plus will be available for purchase and as an upgrade option. Visit www.united.com/premiumplus to learn more. :) 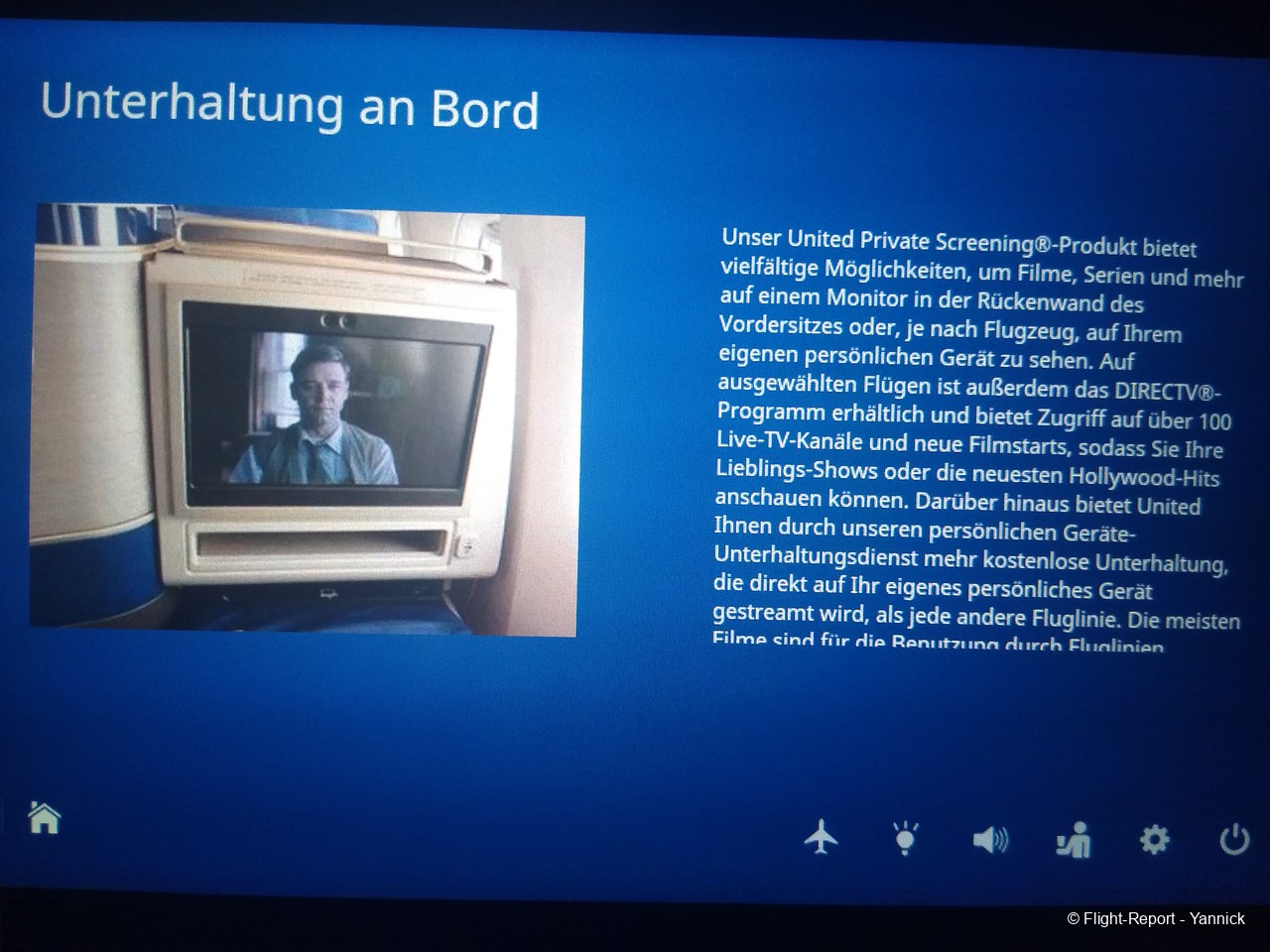 Entertainment on Board: ''Our United Private-Screening-Product many options to watch movies, TV shows, and more on a monitor on the back of the seat in front of you, or, depending on the aircraft type, on your own personal device. Additionally, on selected flights, the DIRECTV Program is available and offers access to over 100 Live-TV channels, so that you can watch your favorite shows or the newest Hollywood hits. Furthermore, through our personal device entertainment service, United offers you more free entertainment, which is directly streamed on your own personal device, than any other airline.'' 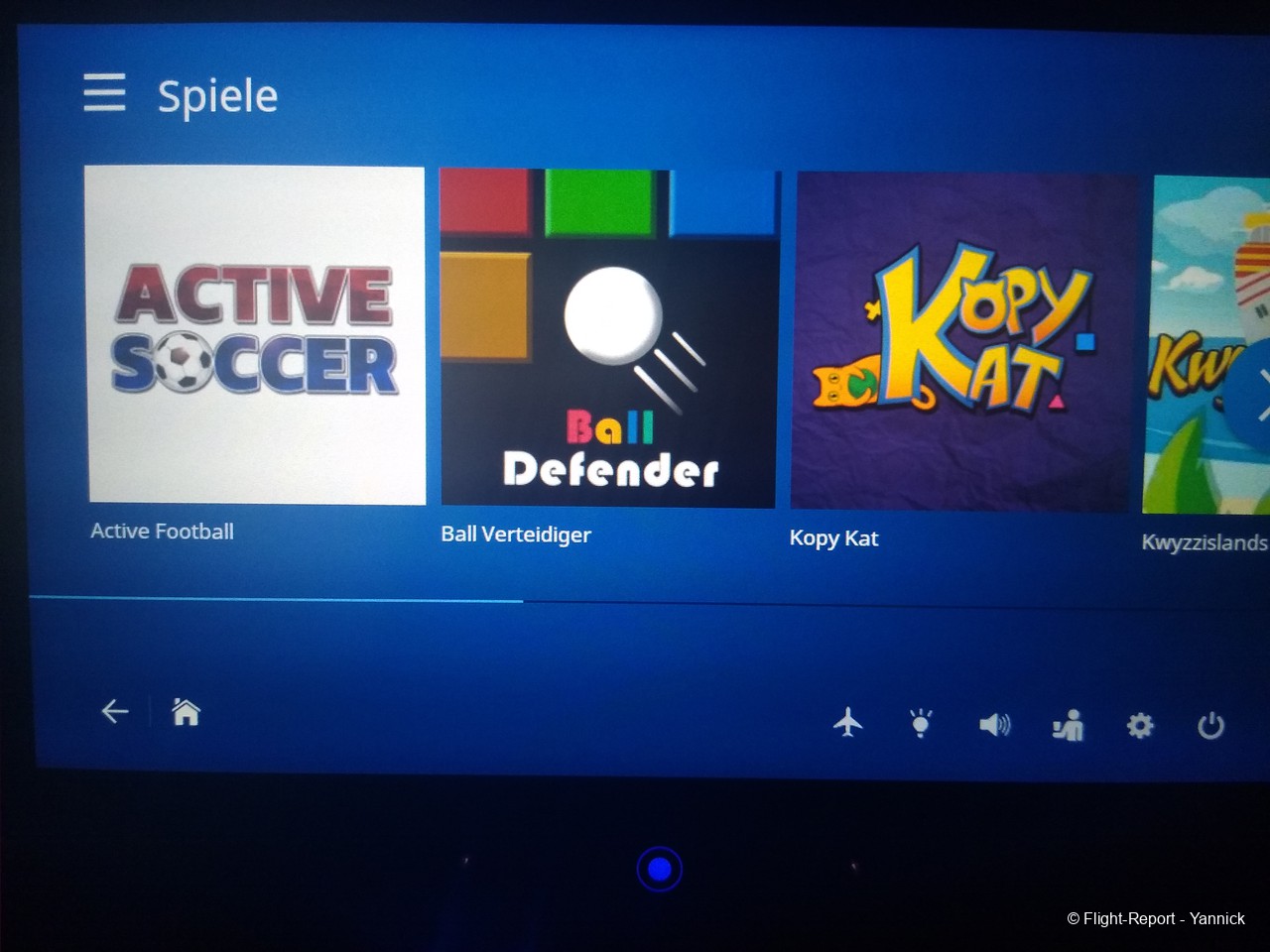 Some games are also included in the entertainment. I played a round of Active Soccer. :) 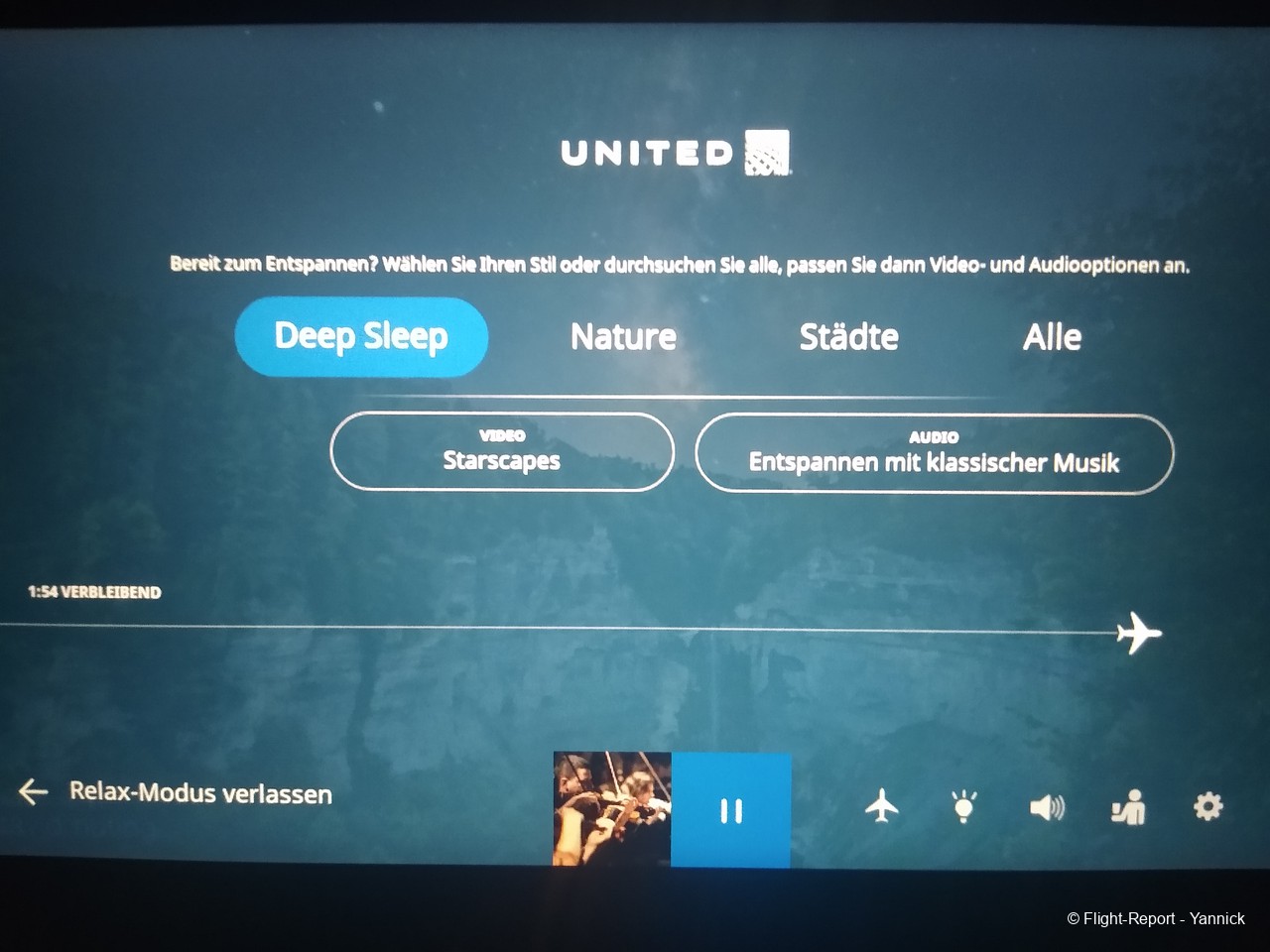 If you like to relax, the IFE screen also offers the feature to switch to ''relax mode''. I chose deep sleep, but it wasn't going to be one, because our remaining flight time at that point was 1 hour and 54 minutes, and the pre-arrival snack was about to be served. 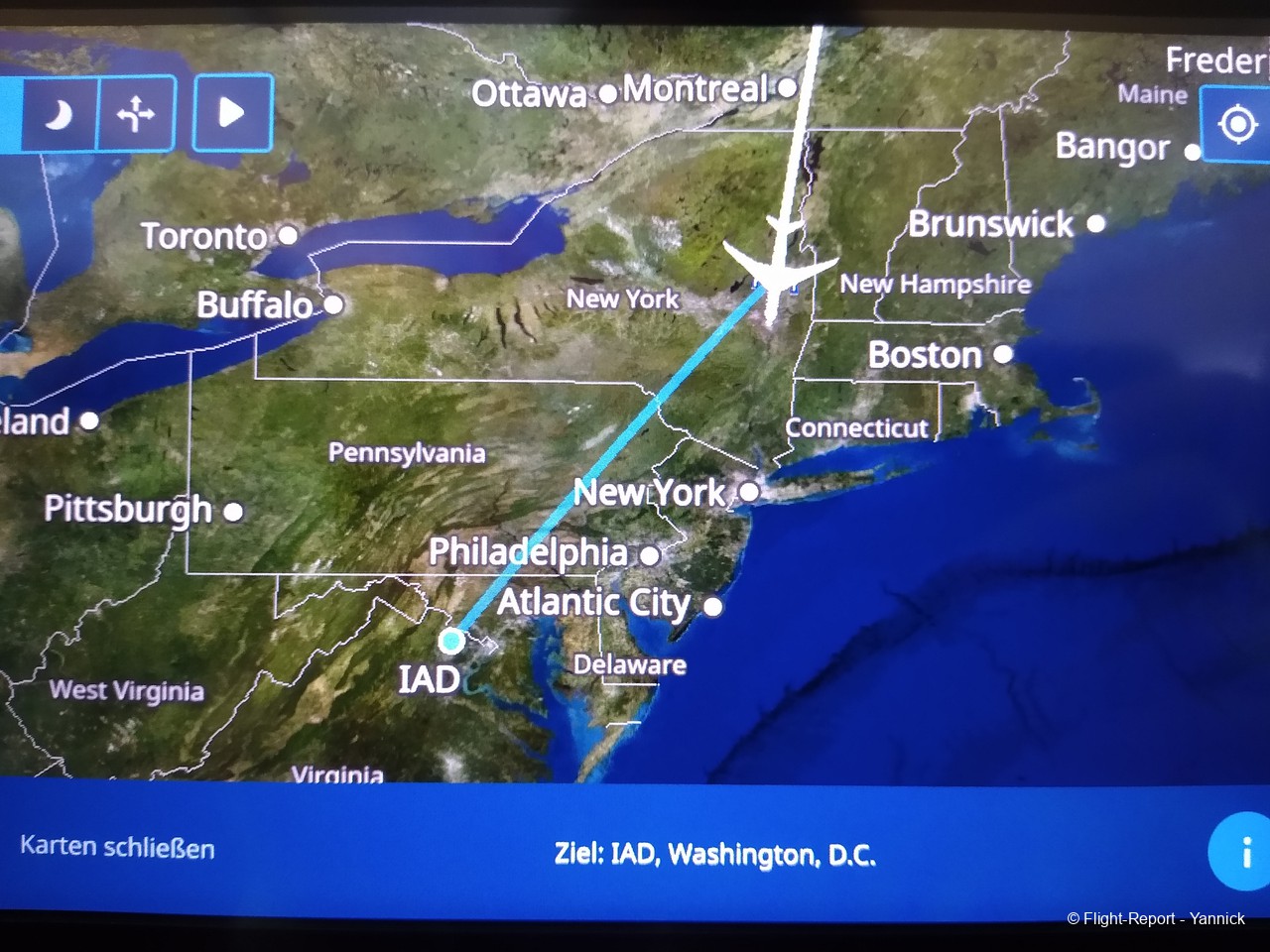 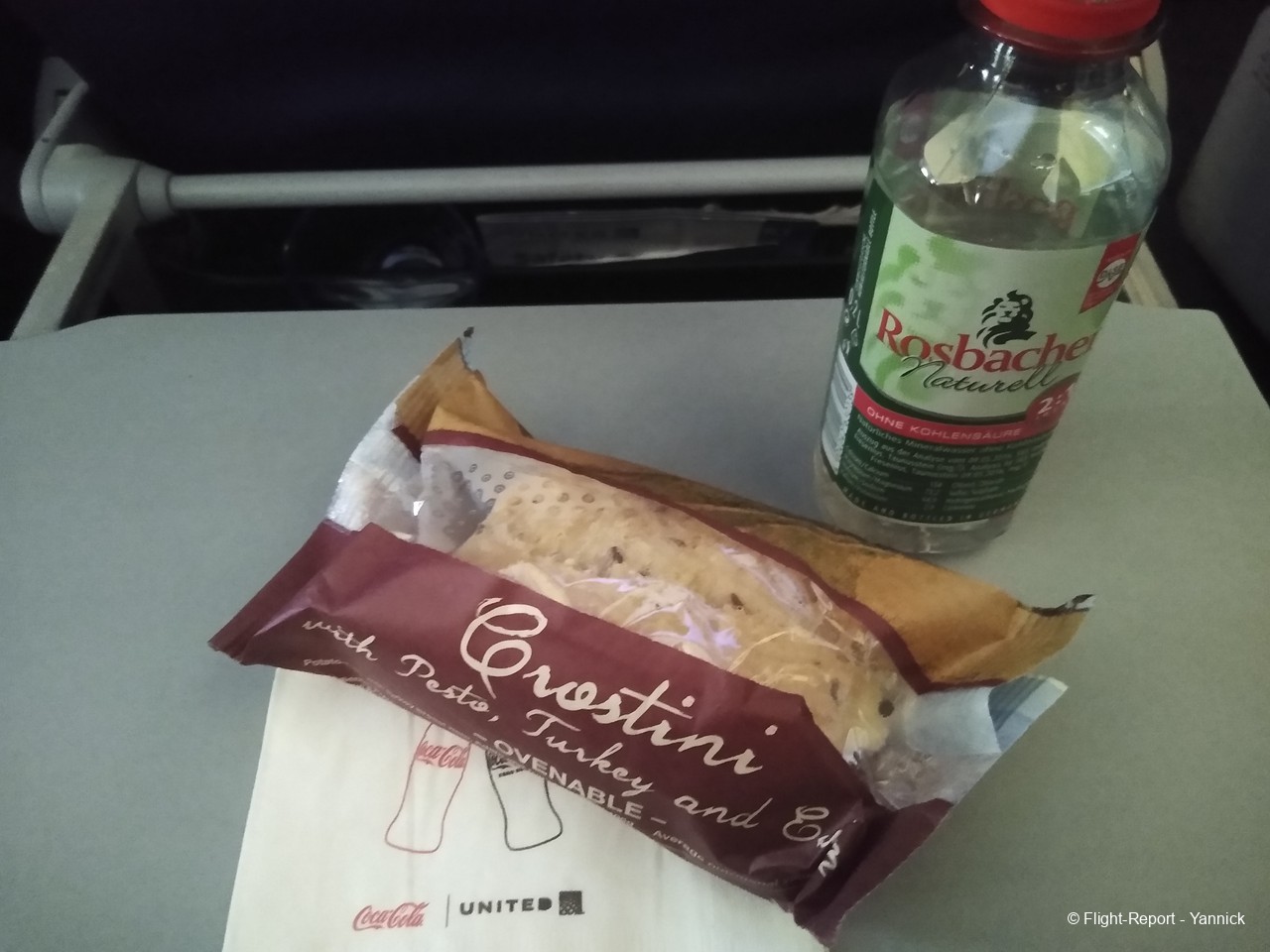 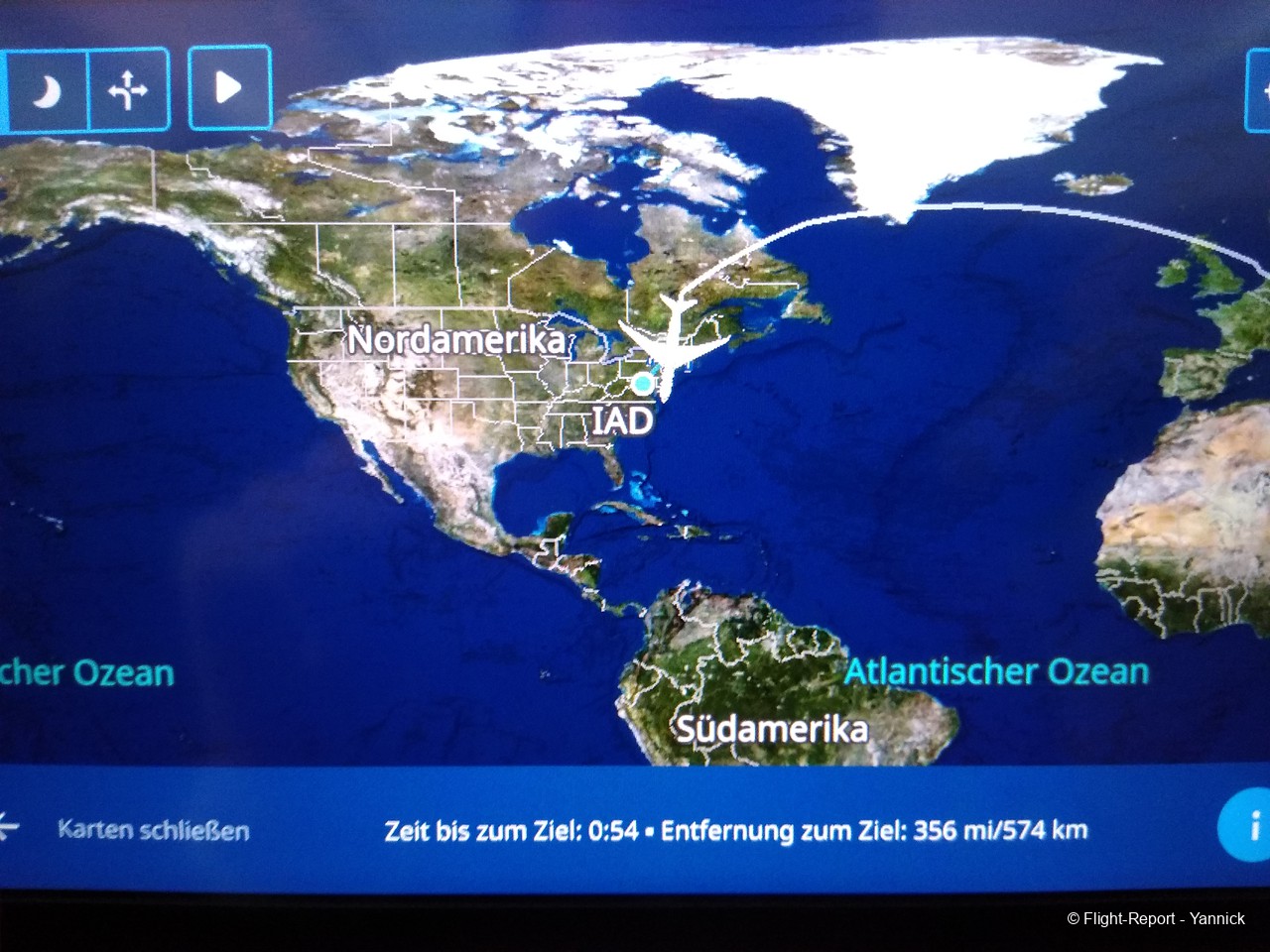 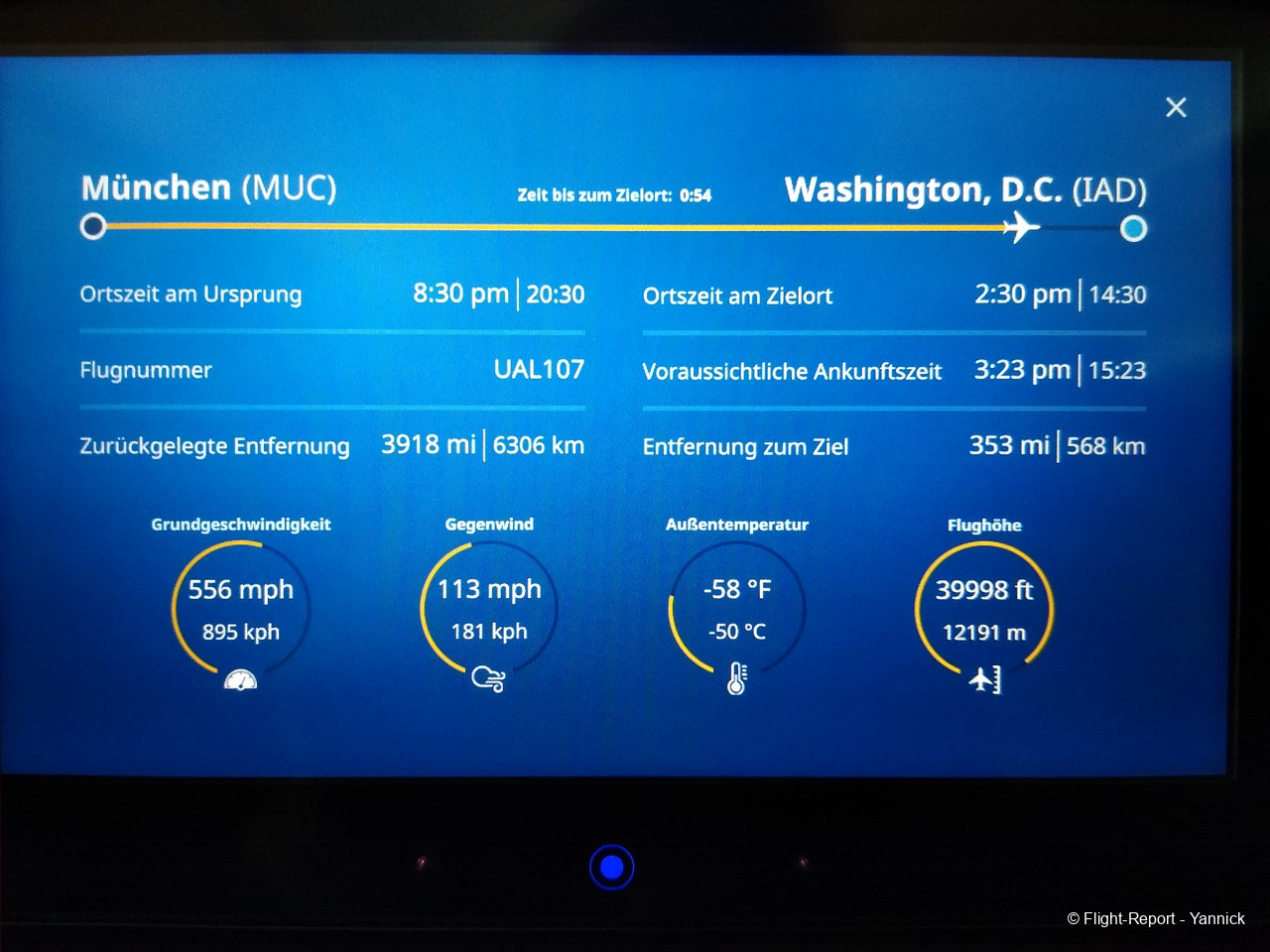 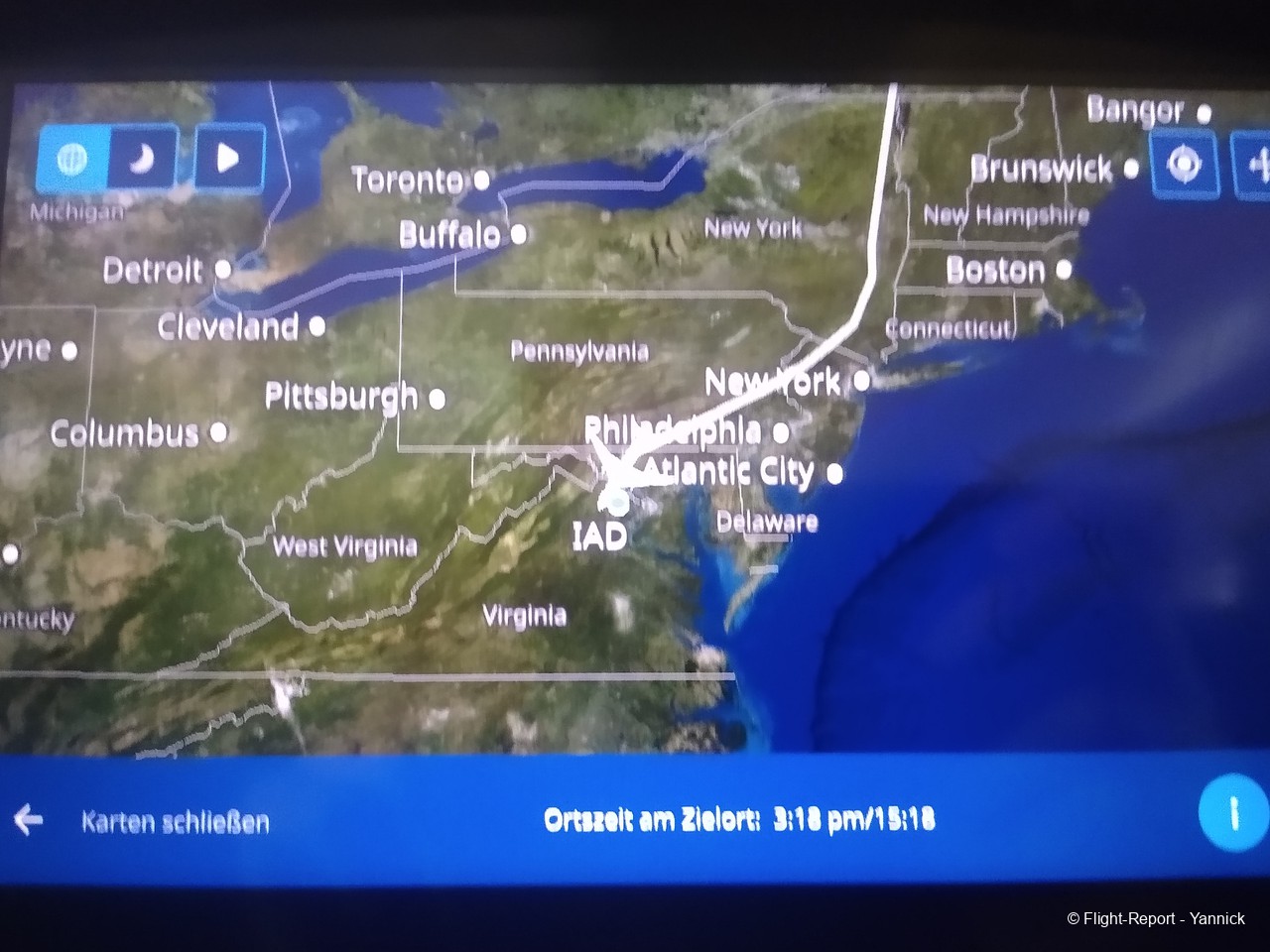 After almost nine hours in the air, the First Officer announced our descent into Washington-Dulles International Airport. He reported nice weather with clear skies, but still very low temperatures, as typical for that season. I really enjoyed this flight! Really, the absolute downside of the trip was that we landed a bit behind schedule, despite taking off 10 minutes early. While our flight time was estimated to be 8 hours and 49 minutes, it actually turned out to be a 9.5-hour trip. I believe this may have been due to more headwinds than expected, but other than that, it was a fun flight as usual! :) 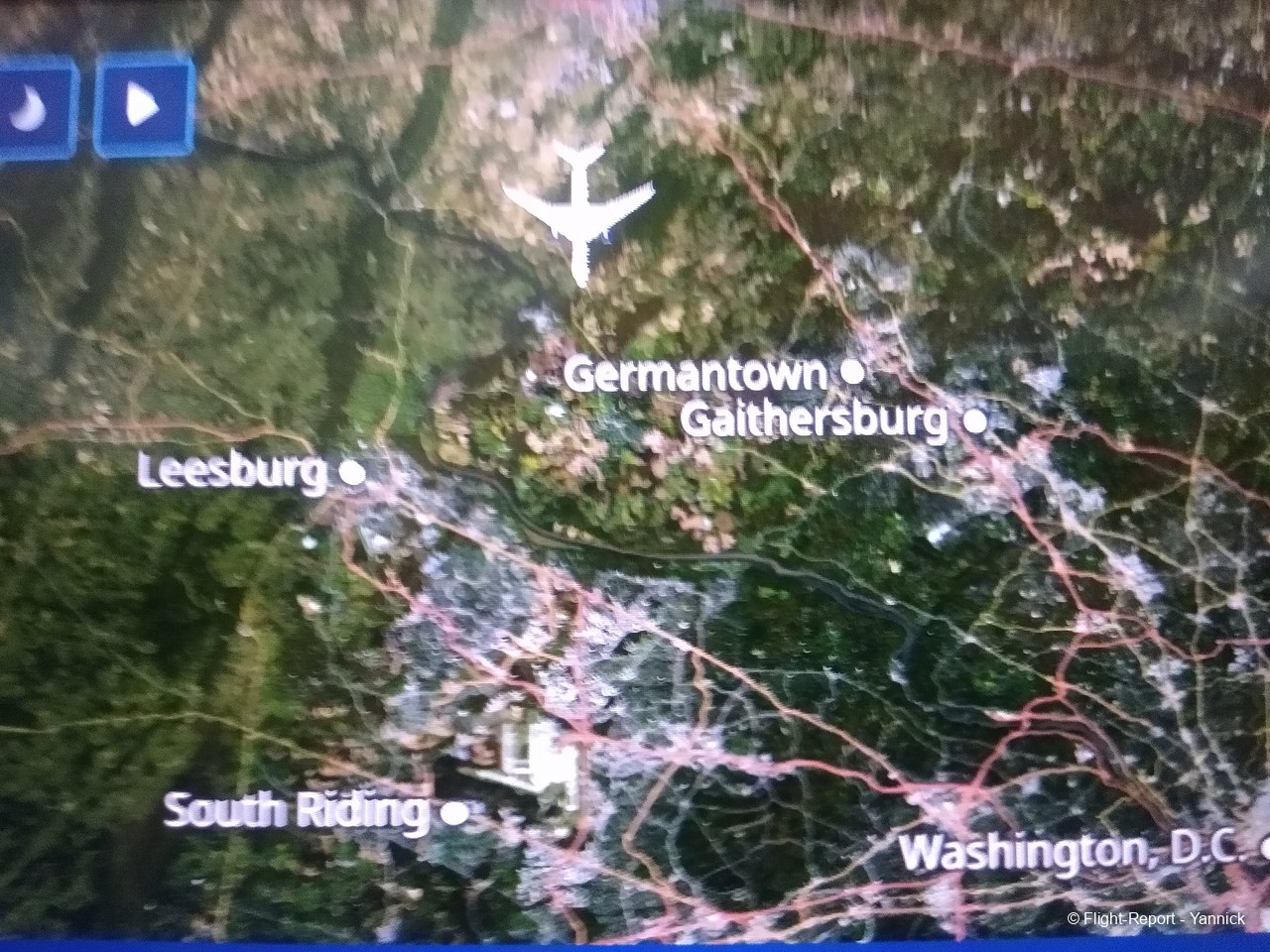 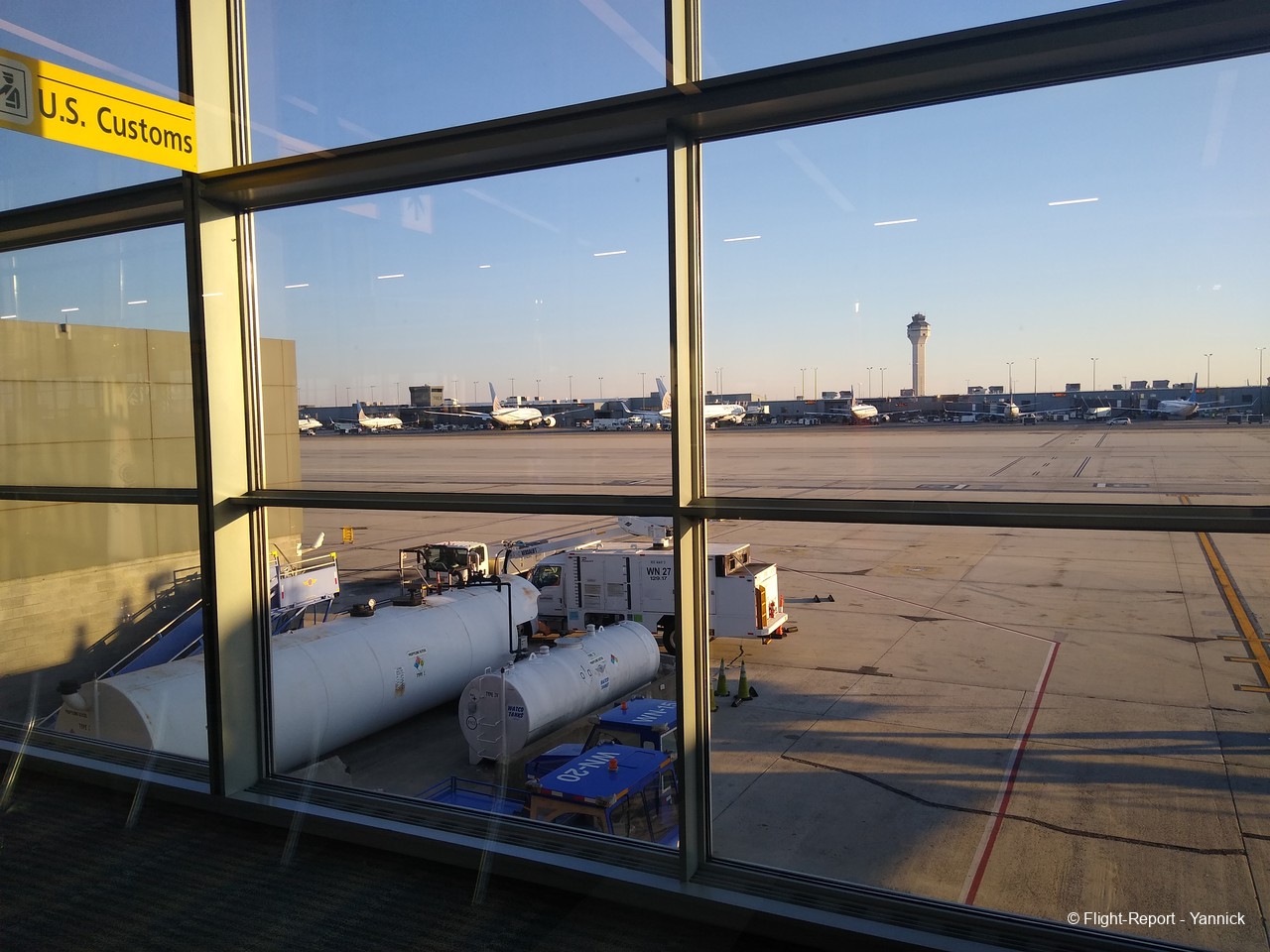 We smoothly touched down at Washington-Dulles International Airport at 3:30 pm local time and arrived at the gate at United's C-Concourse just a couple of minutes afterward. I then headed to passport control and security, before making my way to my connecting flight to
Kansas City, Missouri.

In conclusion, I can say that I am really becoming a fan of United Airlines and its Star Alliance partners! I didn't use to fly them as much as I do now but considering the many things that United offers unlike many other airlines, and the fact that they're improving their performance in general, I have to say that they definitely deserve a chance, and I look forward to flying them again very soon! :)
Also, I just returned from a domestic trip to Newark, so there will be another flight report coming soon!
Thank you everyone for reading, and have a wonderful rest of the week and stay safe! :)