By FRAflyer 2993
Published on 7th February 2015
Hello everyone:)
This is my first report on this website so please be kind :)

After a short weekend trip to Madrid we headed back to the airport for LA´s 704 service to FRA
While MAD is a beautiful and spotless airport, the walking distances are out of this world. LA is departing Terminal 4 on the satellite with pure walking of 25min between the T4 check-in area and the gates. First sight of the 787 here at gate U52, just having arrives from the ultra longhaul leg SCL-MAD: 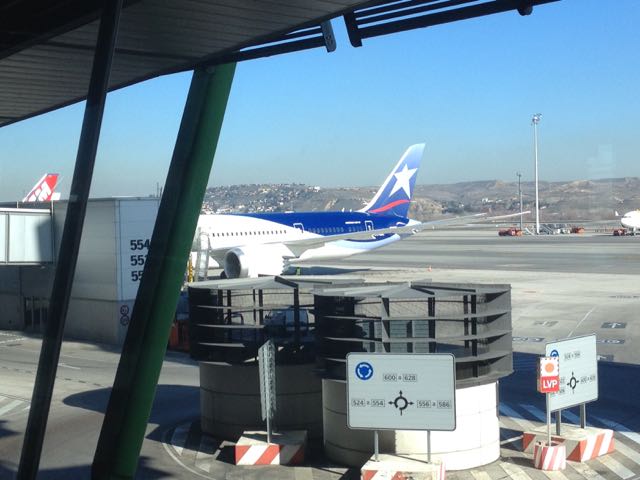 MAD airport has large glass windows allowing for some spotting of CC-BBC that will be flying us to FRA today. 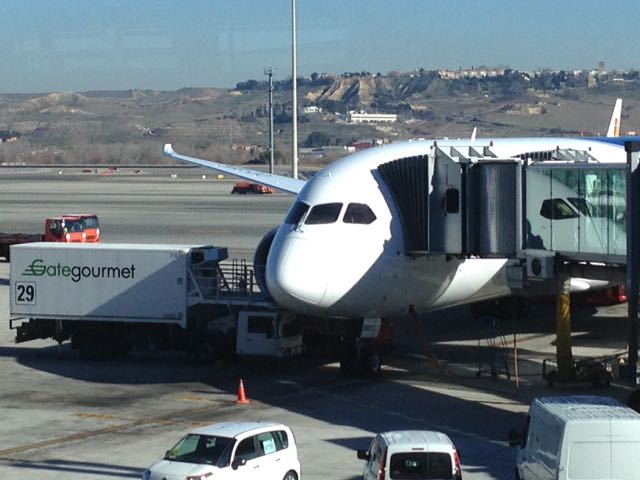 Just as Gategourmet started to handle catering on the 788, gate agents appeared at their desks and started to prepare Gate U52 for boarding. 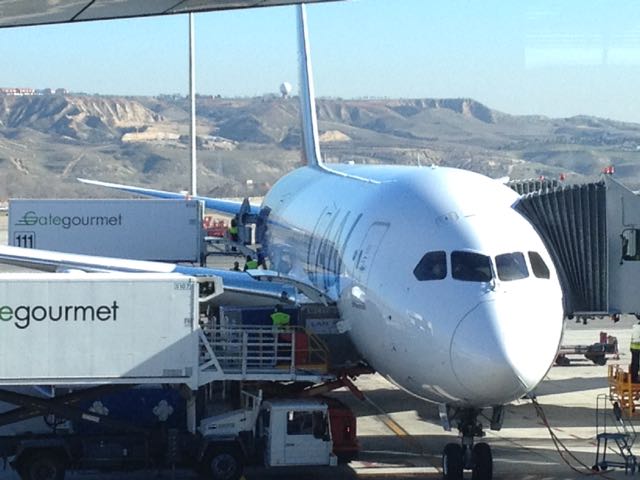 Boarding was called approx. 30min before scheduled departure. Special assistance, elites and C pax were invited first, followed by Y pax according to seat rows. Seated in 30L, we were amongst the first Y passengers to board. The entire boarding process was hassle free, mainly due to the airports spacious layout that allowed everyone to board pretty orderly. This is the last shot before entering the Dreamliner: 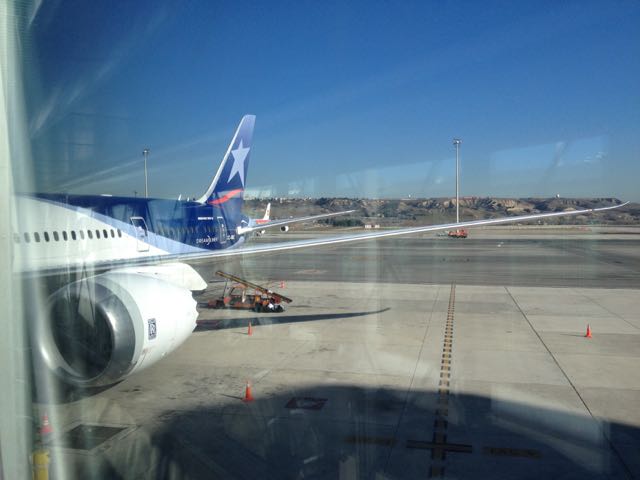 At the door we were greeted by both a female and male flight attendant and to my surprise also by the captain how showed us the correct aisle. The entire mood onboard LA´s 788 is very relaxed and futuristic due to the mood lighting and the Latin-American boarding music that is played. 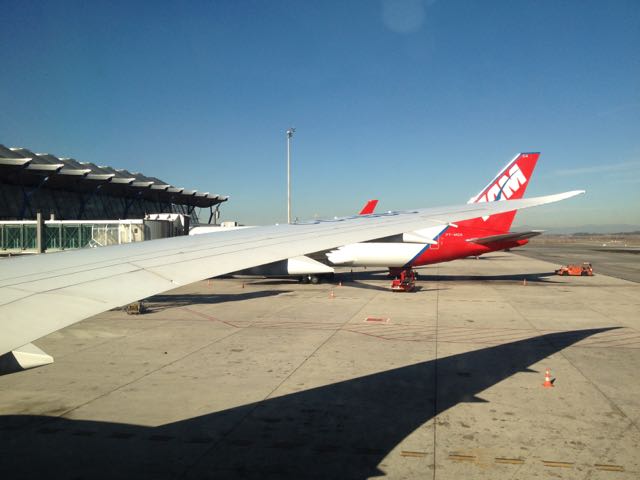 Soon after boarding was completed with approx. 50% in C and 70% load in Y. The Dreamliner cabin is very spacious and LA seems to have done a good job in making use of the new technology such as the mood lighting. 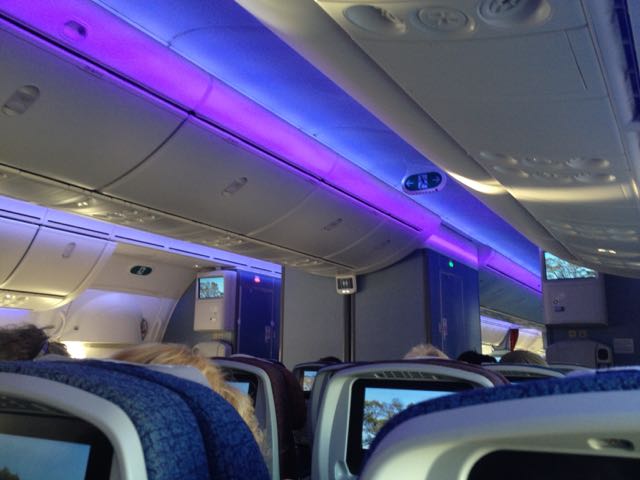 About 10minutes before schedule departure the captain came on the PA to announce a flight time of 2:00h. The cabin crew armed the doors and performed the cross-check, while the electronic window dims were set to 50% dark in order to play the safety demo. 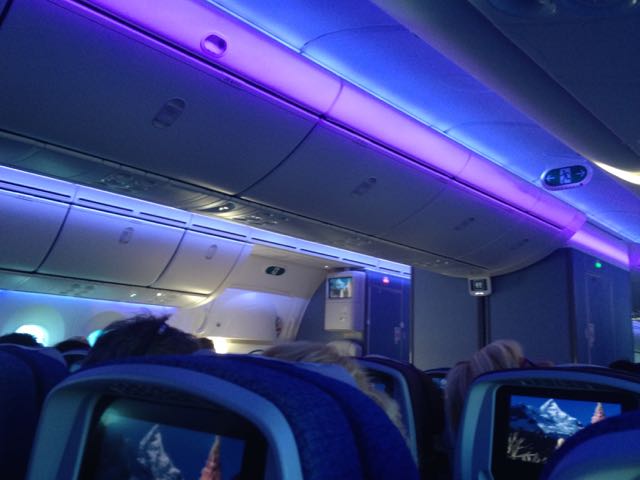 LA features its newest Y seat here. The IFE had a stunning resolution, maybe a bit on the small side tho. There was a large selection of music, TV shows and movies. Each seat has a USB and headphone jack (headphones were handed out but you could also use your own). 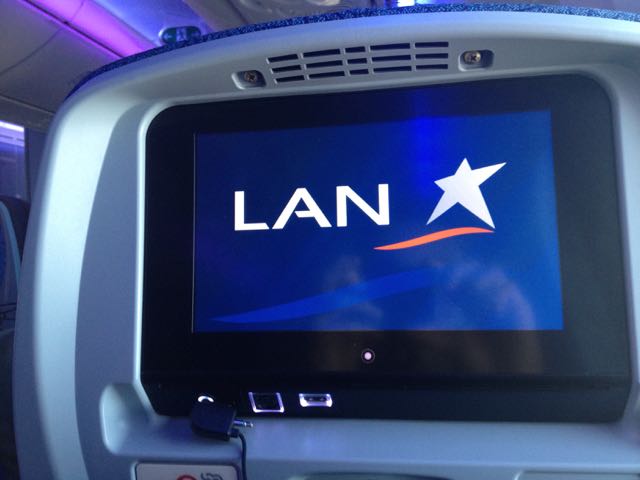 Pushback was right on schedule and the RR engines roared up as we stood on the tarmac. Taxi to the runway was rather short and we were up in the air quickly. 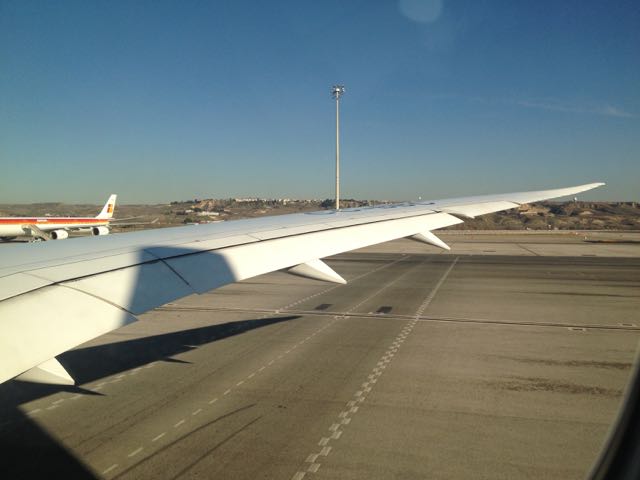 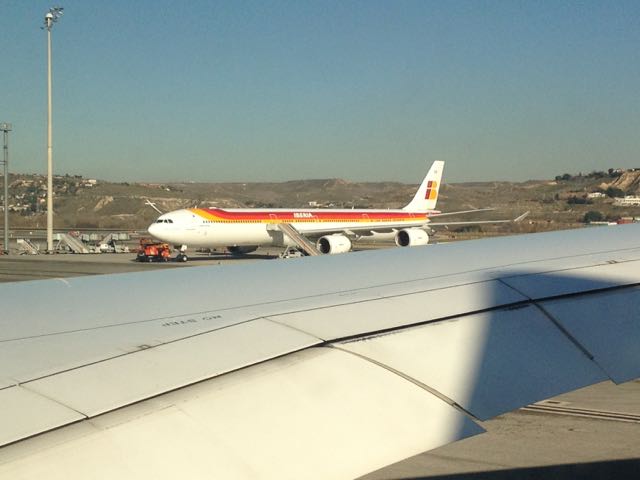 Takeoff into a northernly direction was rather bumpy and the flexible 787-8 seemed to wobble around more compared to older aircraft. This settled quickly and we made a slight turn right heading towards Paris at 40,500ft. 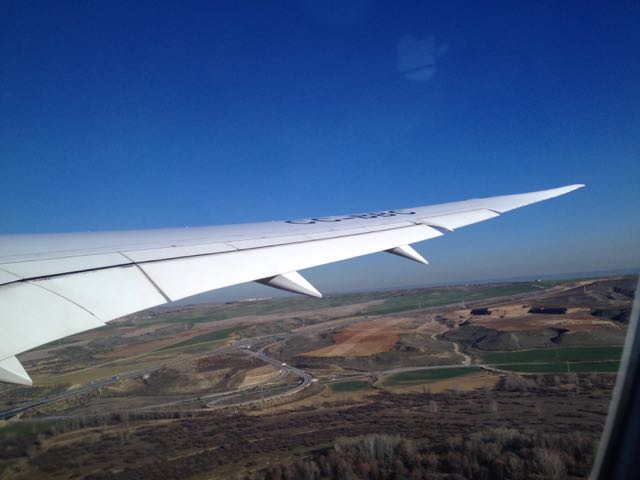 Europe seemed to be cloudy today so views of Spain and France were rather limited. Look at the beautifully shaped wing of this aircraft. 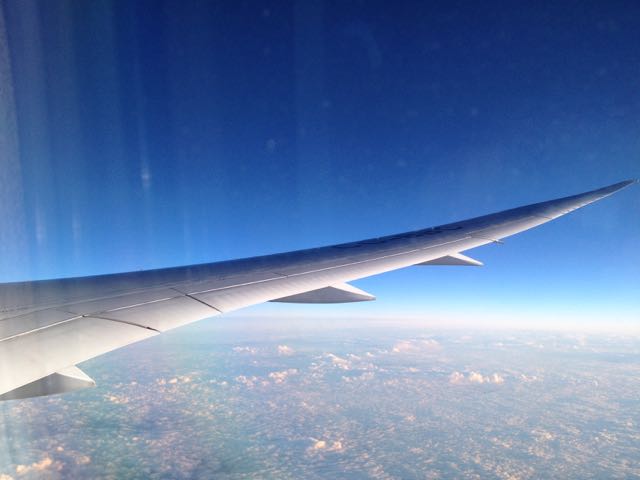 The crew sprung into action just after the seat belt sign went off. On offer today was a nicely colored snack box featuring South-America. It contained a ham and cheese bun together with a mini (and I mean mini mini) Mars bar. The crew delivered everything with a smile and took their time to talk one or two sentences with every passenger. They seemed very cheerful, professional and experienced. I opted for an apple juice and tea; wines, beer and whiskey were also offered free of charge. 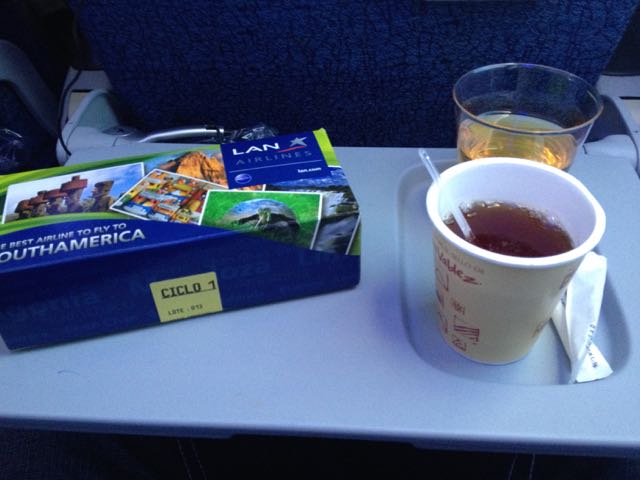 The captain announced our descend into Frankfurt about 40minutes prior to landing. A very nice winter sunset attracted many passengers to the large windows as the Dreamliner started to slowly descend. 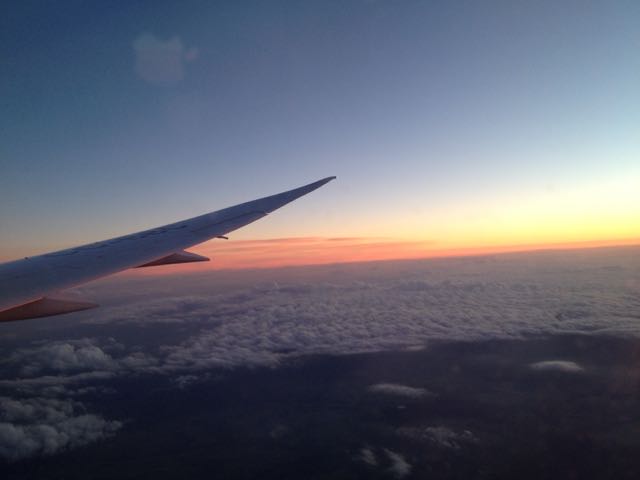 There was no holding pattern tonight and we were treated to some nice views of downtown Frankfurt and the skyline just before touching down at rwy 25R. Sadly, crossing the highway to get to the Terminal took almost 40minutes and the aircraft arrived some 20minutes late at gate B43. 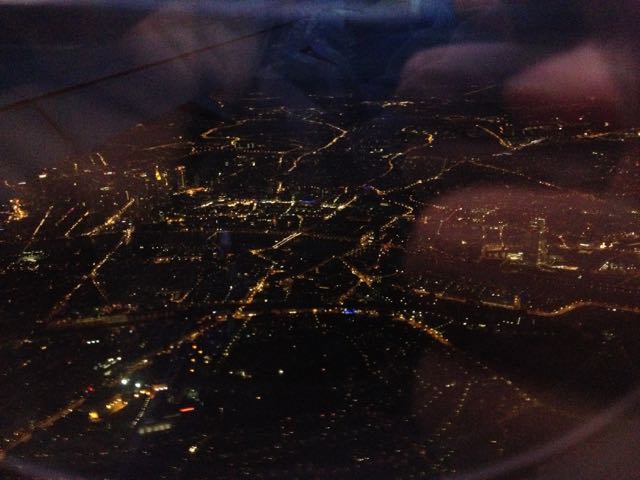 The crew was nice enough to let me have a look at the futuristic flight deck of the 788 after arrival. Thank You ! 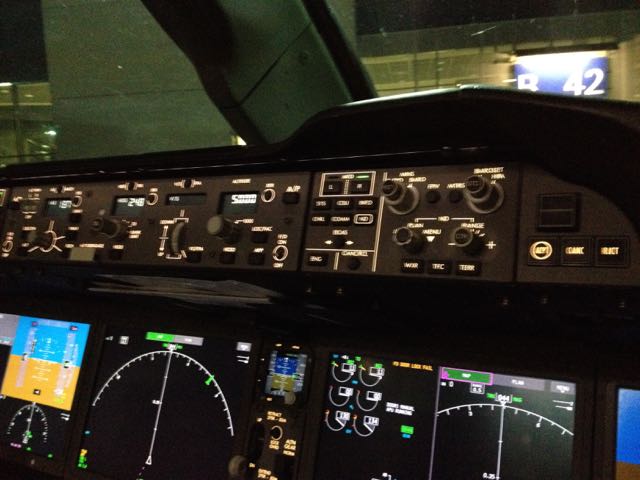 For a €118 return trip FRA-MAD-FRA this was probably one of my best Europe flights. Especially memorable is the friendly crew and the atmosphere that LA has. They are very good at showing a piece of Latin-American lifestyle even on this short sector.

The contributors of Flight-Report published 41 reviews of 6 airlines on the route Madrid (MAD) → Frankfurt (FRA).

The airline with the best average rating is LAN Airlines with 7.9/10.

The average flight time is 2 hours and 31 minutes.