Readers, welcome back to this extensive routing !

I will firstly apologize as all my pictures/videos from this flight were deleted thanks to my computer that decided to let me down after this very flight. Consequence : I couldn't save my data on its HDD and was forced to use an hotel computer to transfer the data between my SD card and an External HD I had bring with me but… now that I read the External HD, there is nothing… So I will have to do this FR with iPhone pictures, sorry for that !

We arrived at CPT at 10:10 AM with the Sixt service called "myDriver" but, as Blacklane, however being 25% cheaper, this was exactly the same vehicle : a Mercedes C Class, so not at all an E-Class or 5 Series as advertised on both platforms. The cost was I think expensive for a C Class : 35 USD / 30 EUR.

Landside, it is mostly clean and modern even if once again, I do not find the indications clear enough. This is something that I found to be recurrent in major South African airports.


These are not the Airlink counters, only SAA. The Airlink counters are located behind these ones (A8-A11)
The agent was a nice polite man that allowed us to drop off our bags quickly, even if time was not our main concern as we had no lounge access 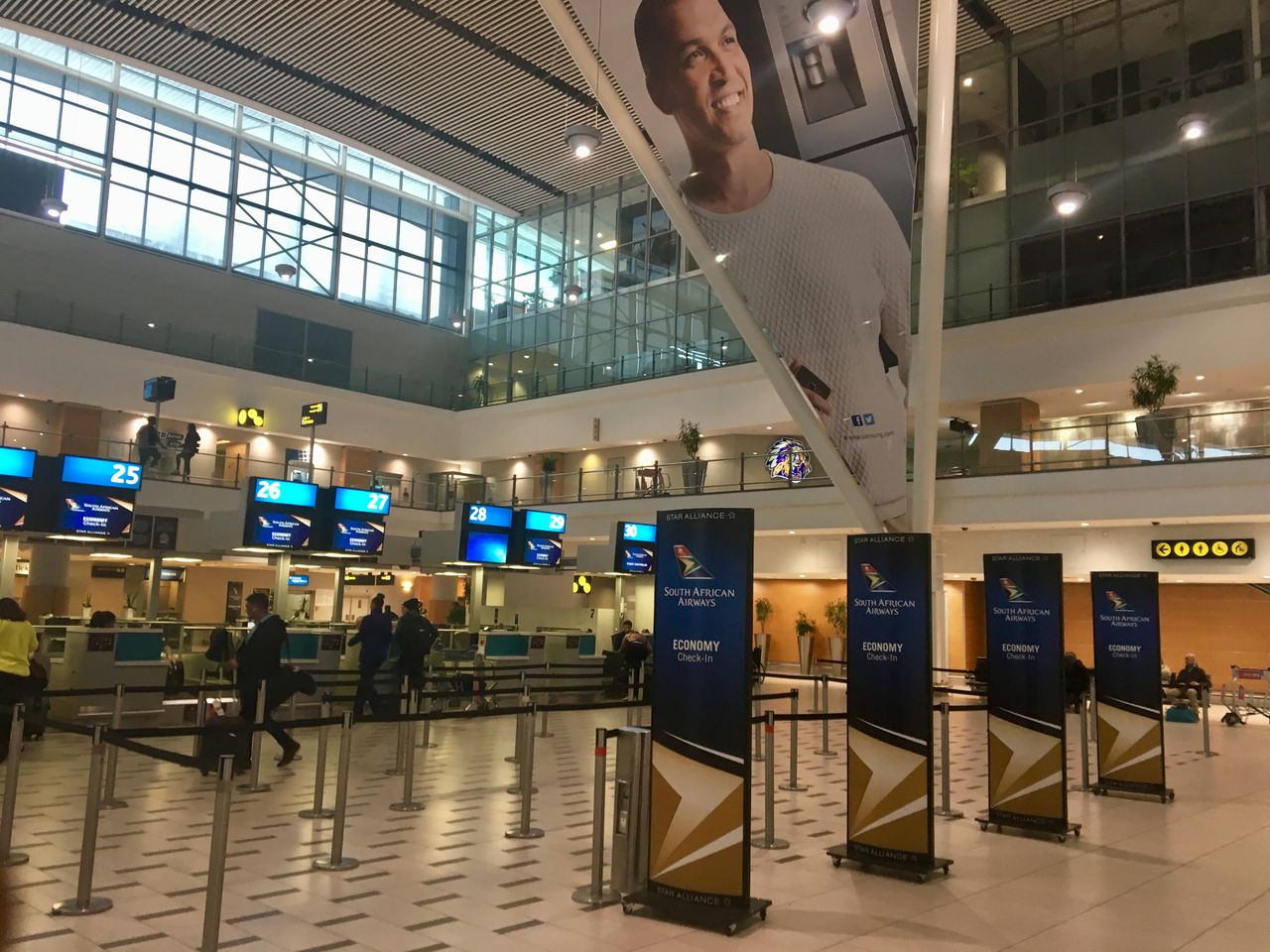 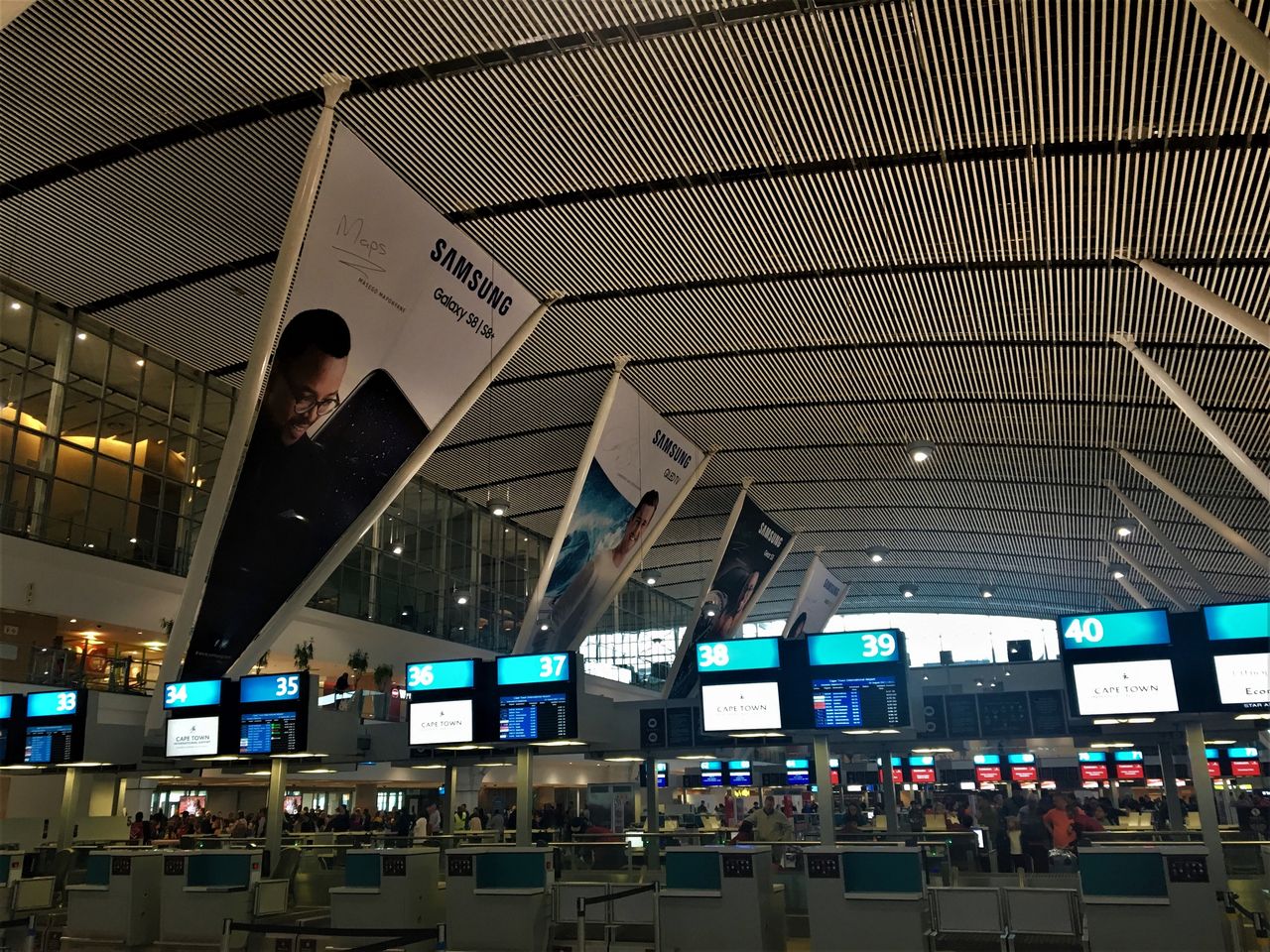 The security, as in JNB and DUR, was packed and not all the safety locks were open. There were lots of school classes / sports teams as in the other airports. Fortunately, they did travel light and did not cause any trouble passing through security.

After security, the international terminal is located on the left whereas the domestic part is on the right hand side.

Further down, the C gates (downstairs) are accessible on the right via a moving belt.
Downstairs, it was not too cold compared to JNB. I suspect they were heating this level which was great 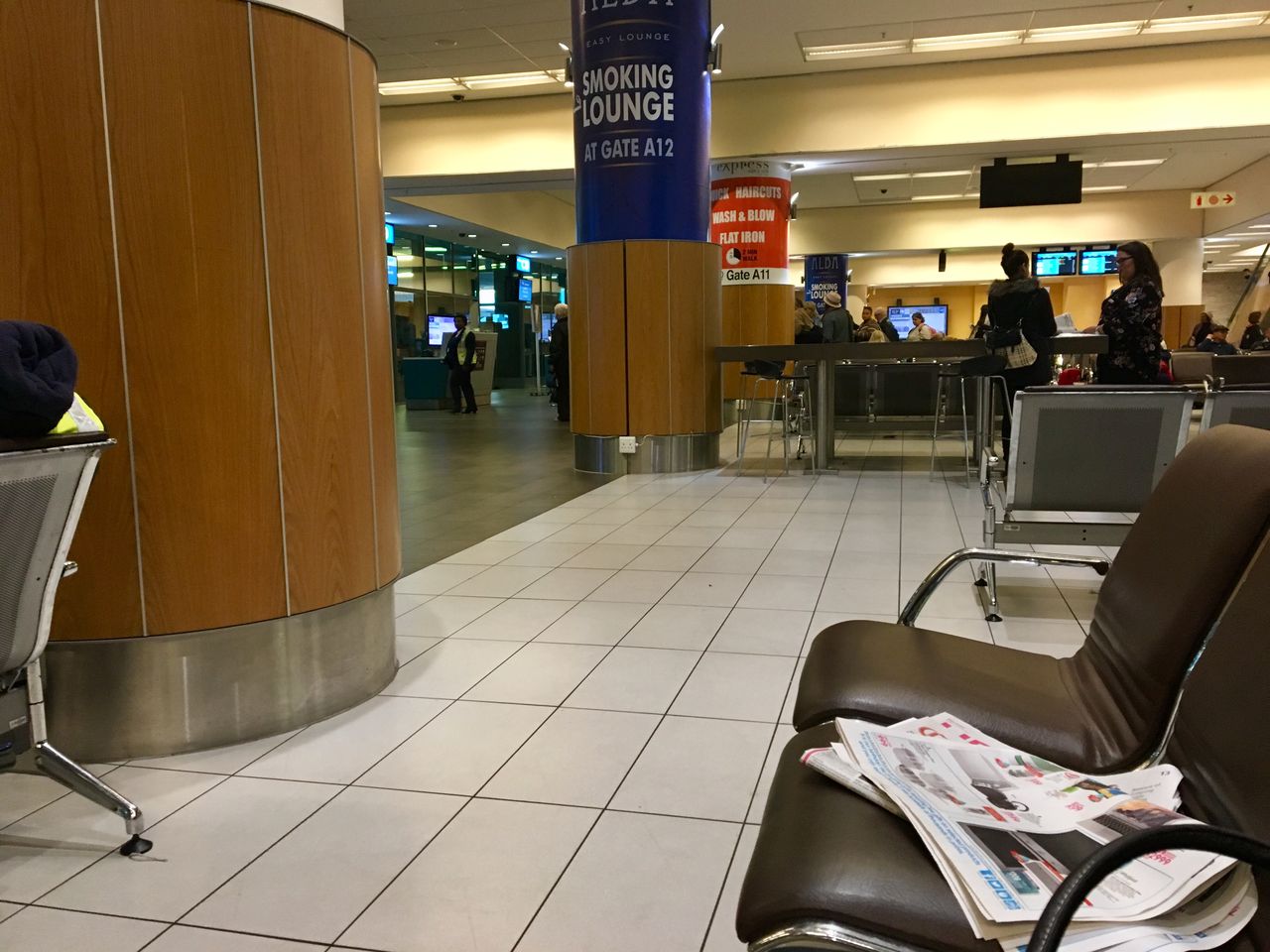 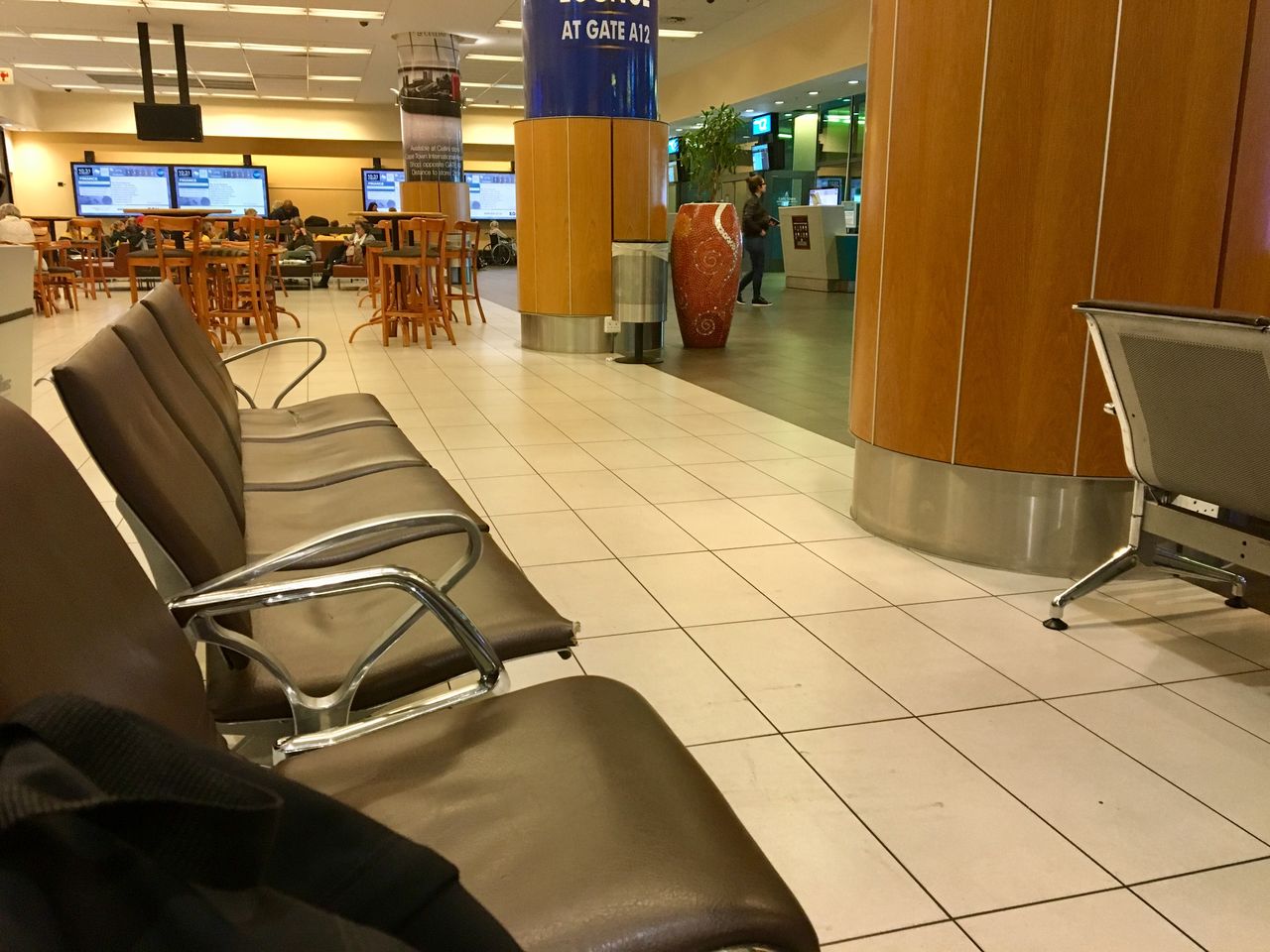 We waited for our flight at gate C5 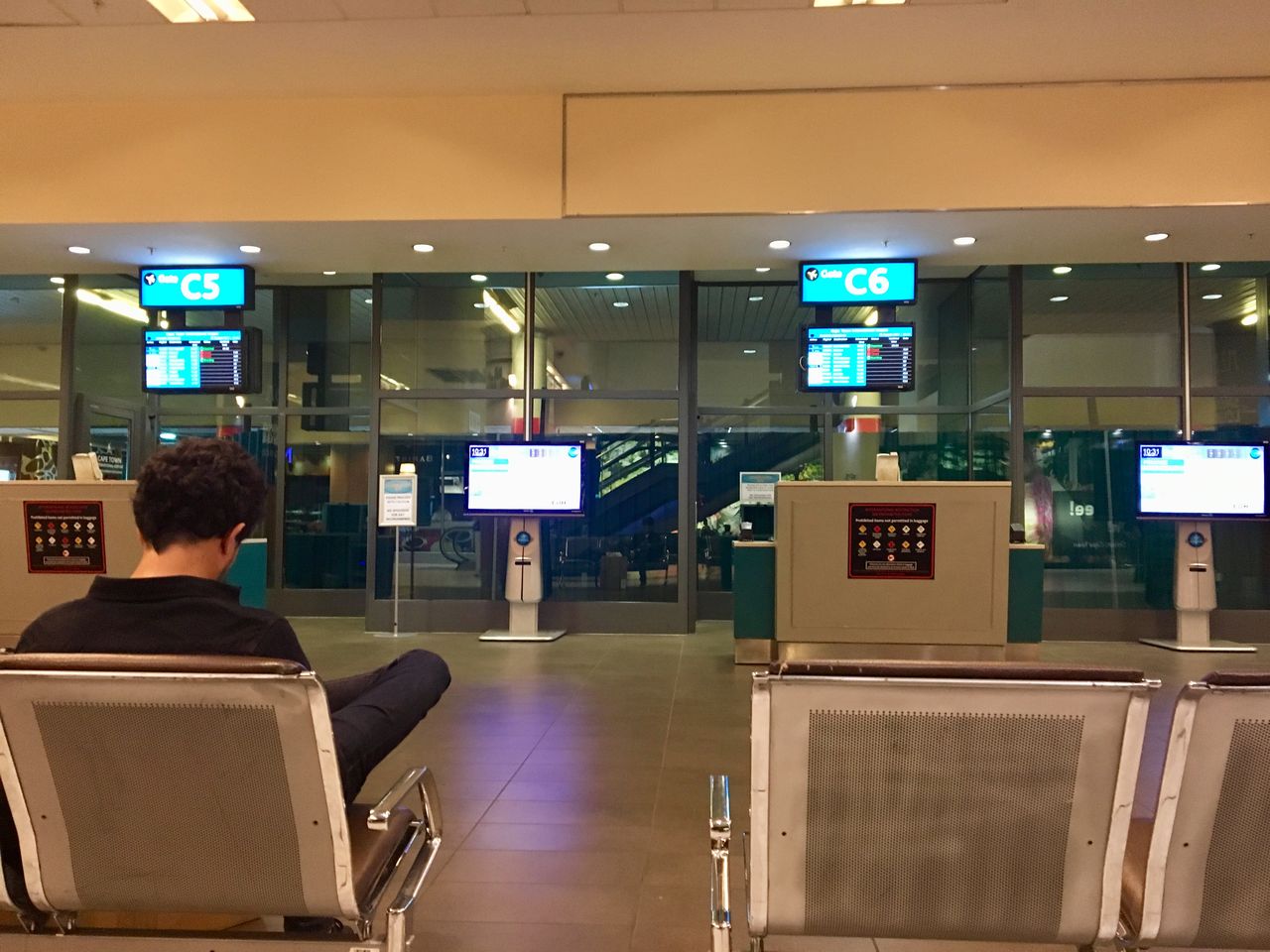 Boarding was called really late because of the aircraft's late arrival from Windhoek (WDH) due to unexpected headwinds.
Paxbus meant spotting but with an iPhone… ok, it is just to give you a general view^^ 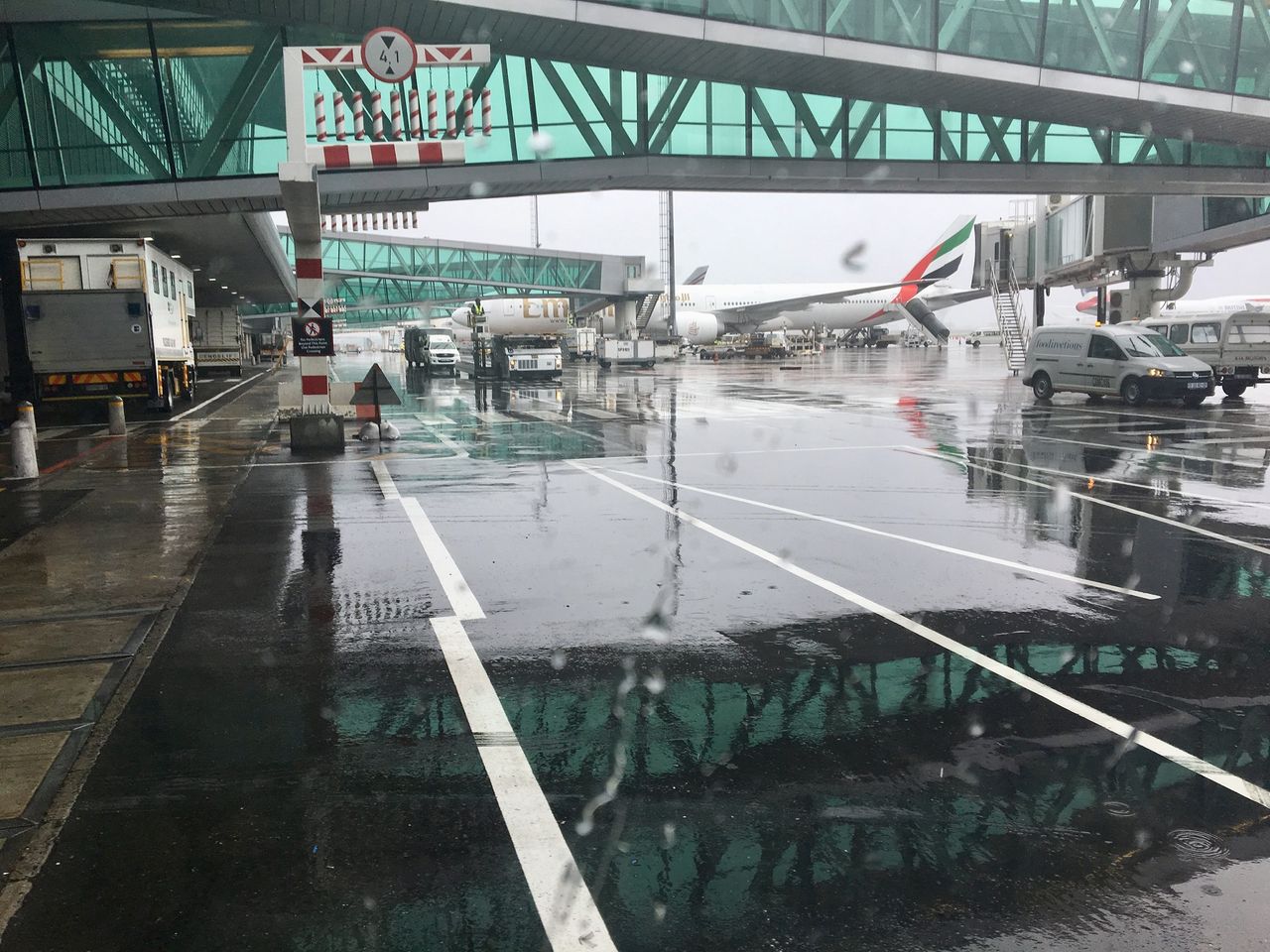 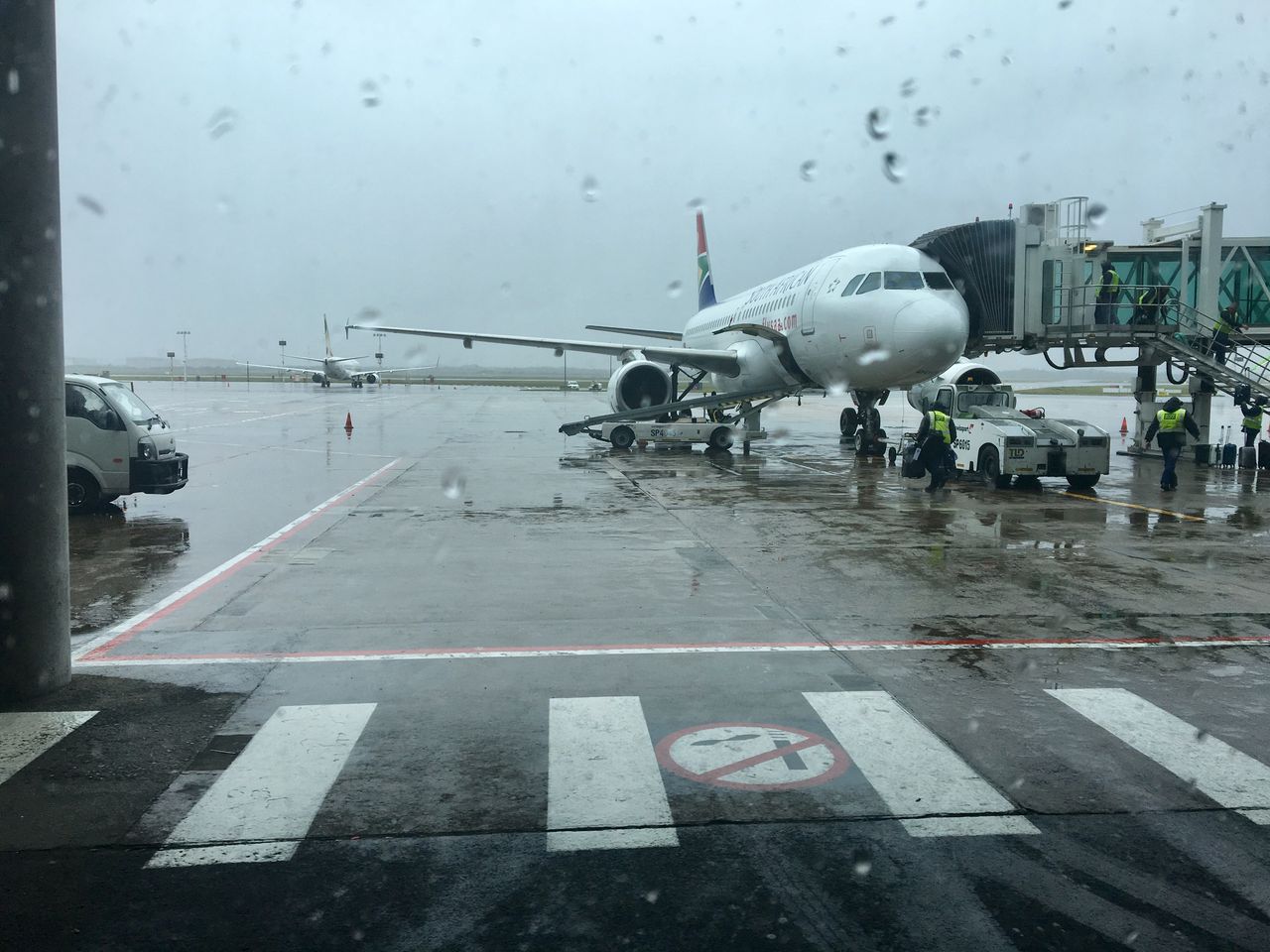 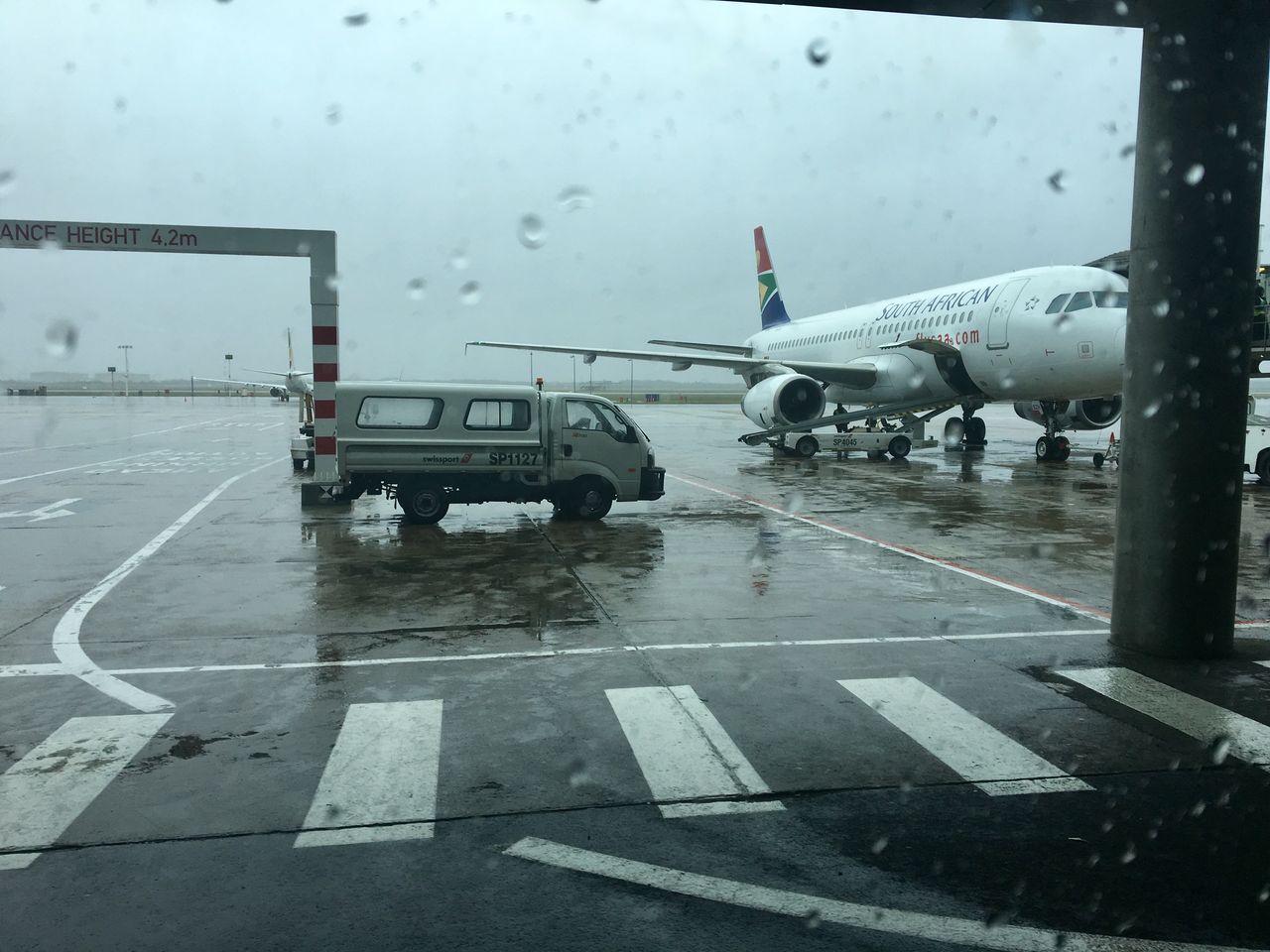 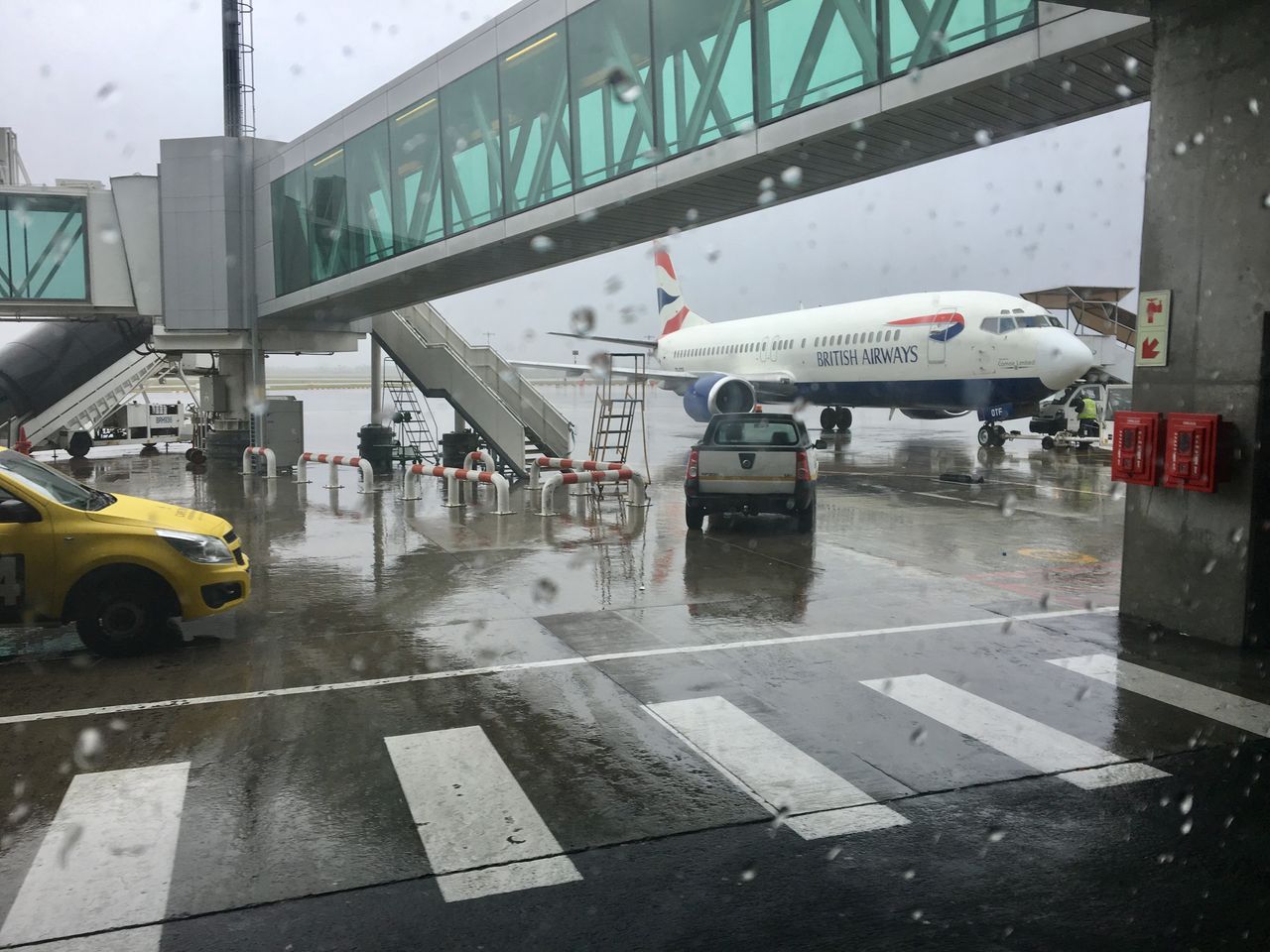 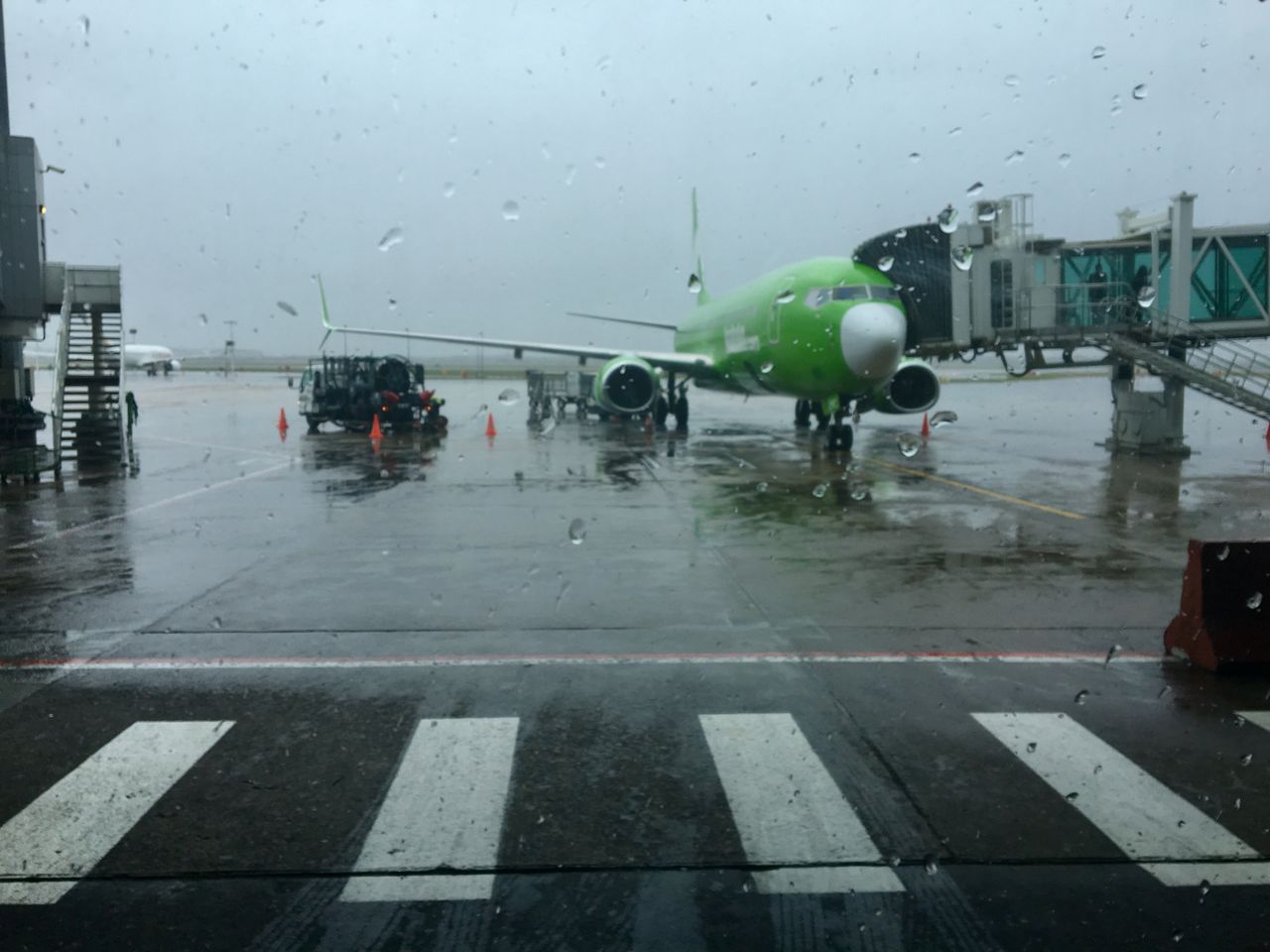 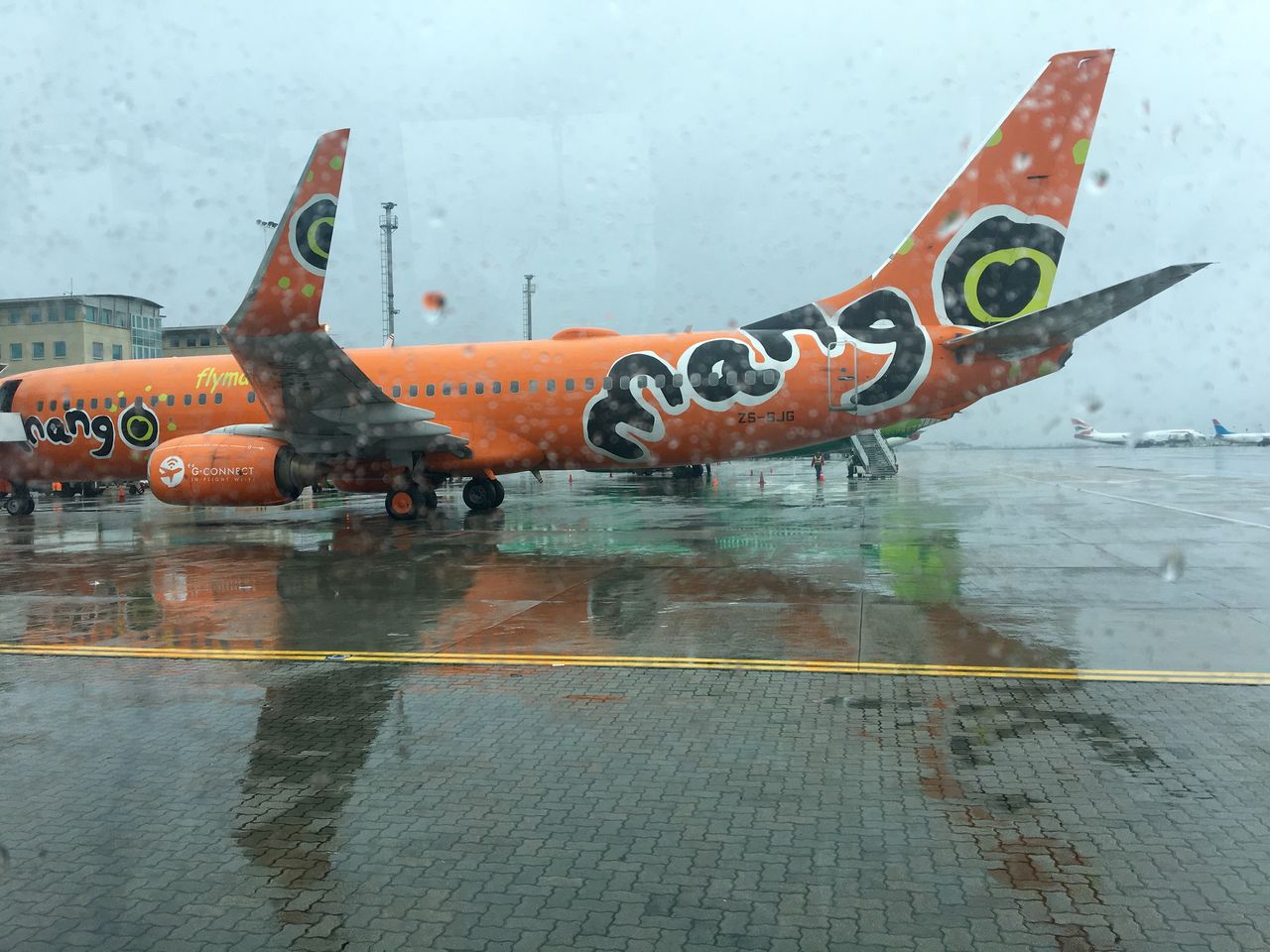 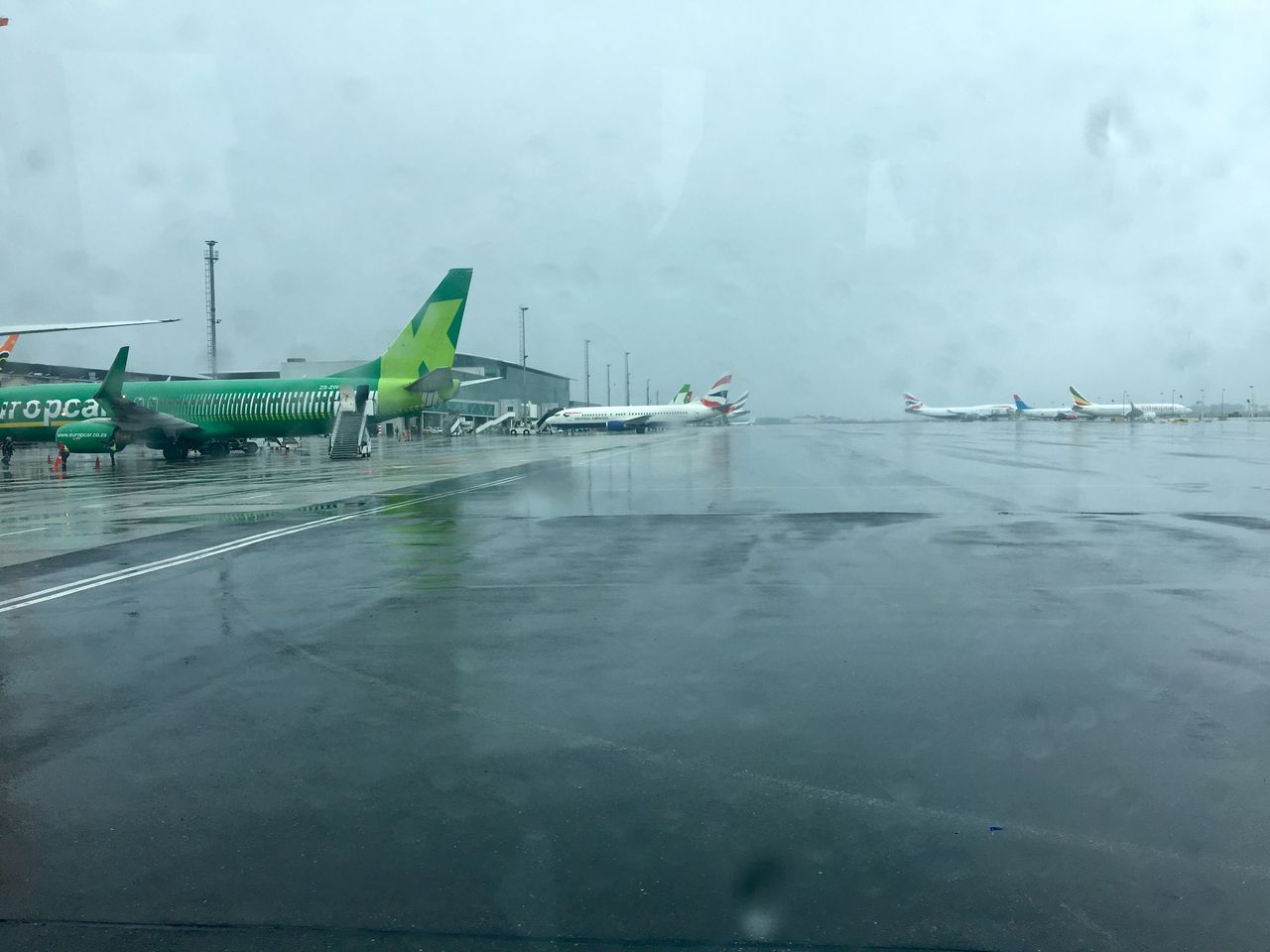 We were asked by the boarding agent (who was with us on the paxbus) to wait until everything was ready and she went there to check it out. 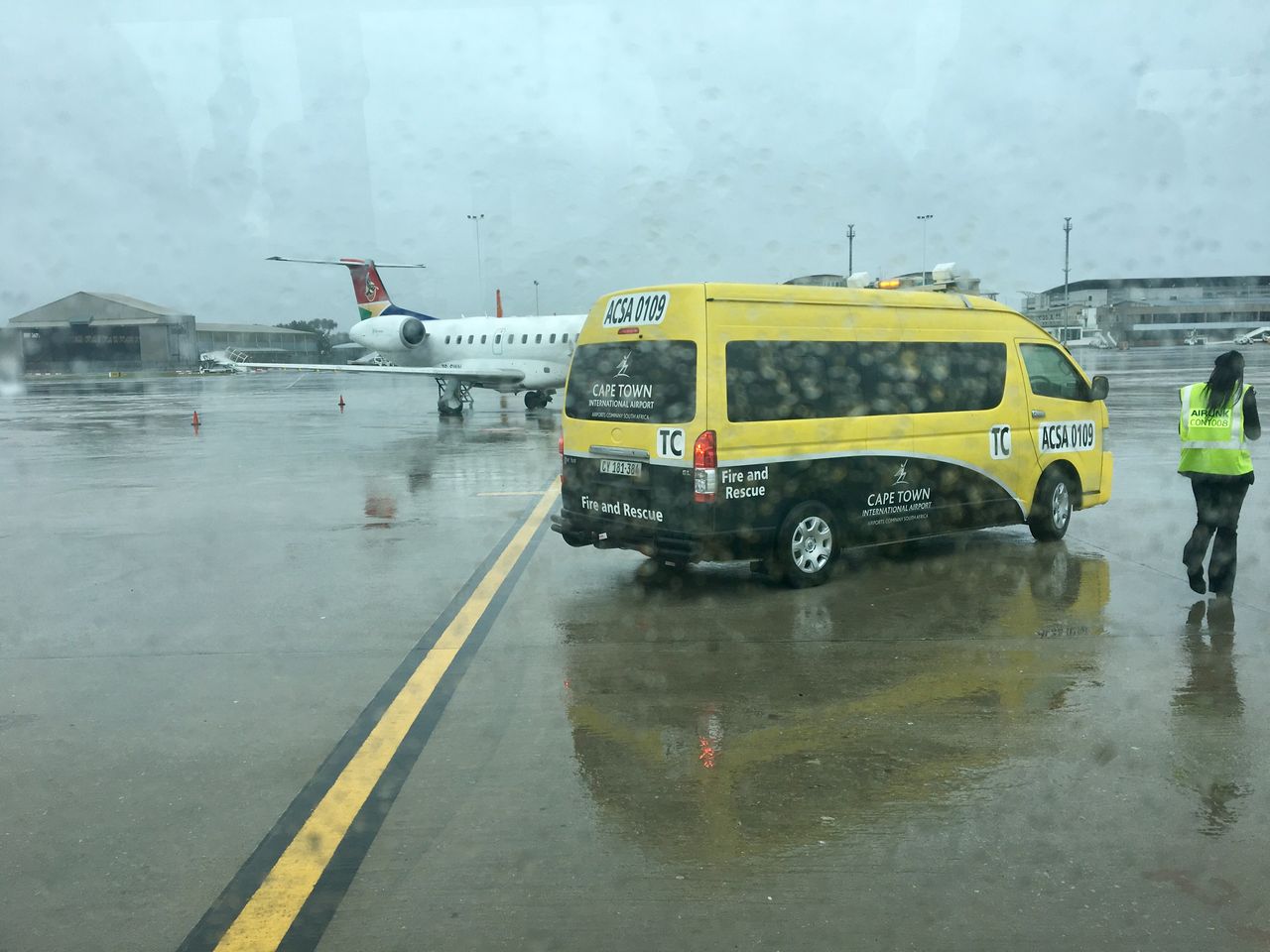 It was not raining a lot but the tarmac was damped and the wind blew up all the water on us which was very unpleasant. I would have rather liked a boading by group instead of everyone being outside and completely wet. Let me tell you that the first pax to board were not quick to setup in their seat, quite self-serving to be honest.
Our aircraft was ZS-SWN, the same we flew from JNB to SZK two weeks earlier 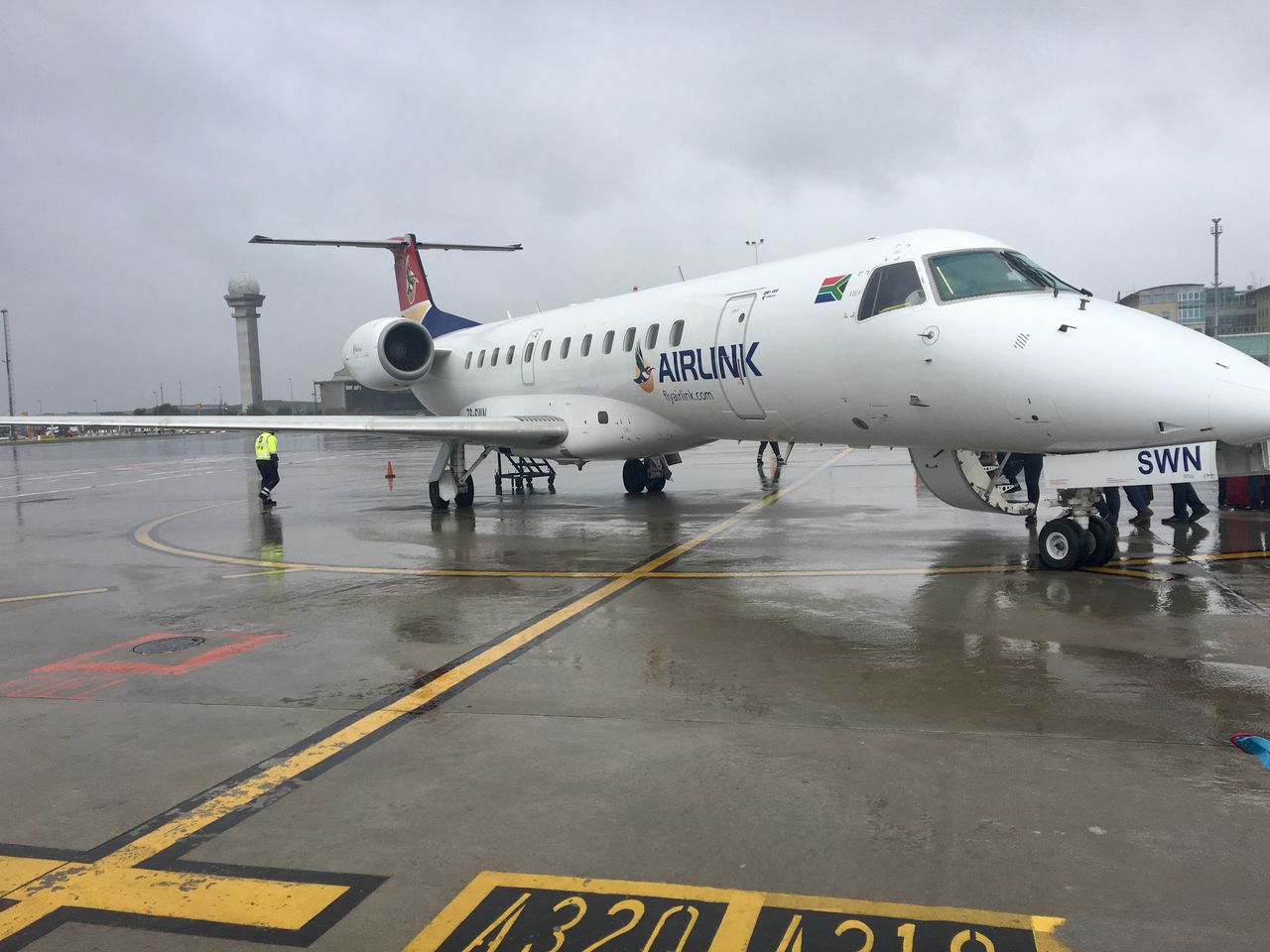 There was a kind of shelf on wheels to put hand luggages that wouldn't fit in the overhead compartments, being smaller than those installed on an A320/737 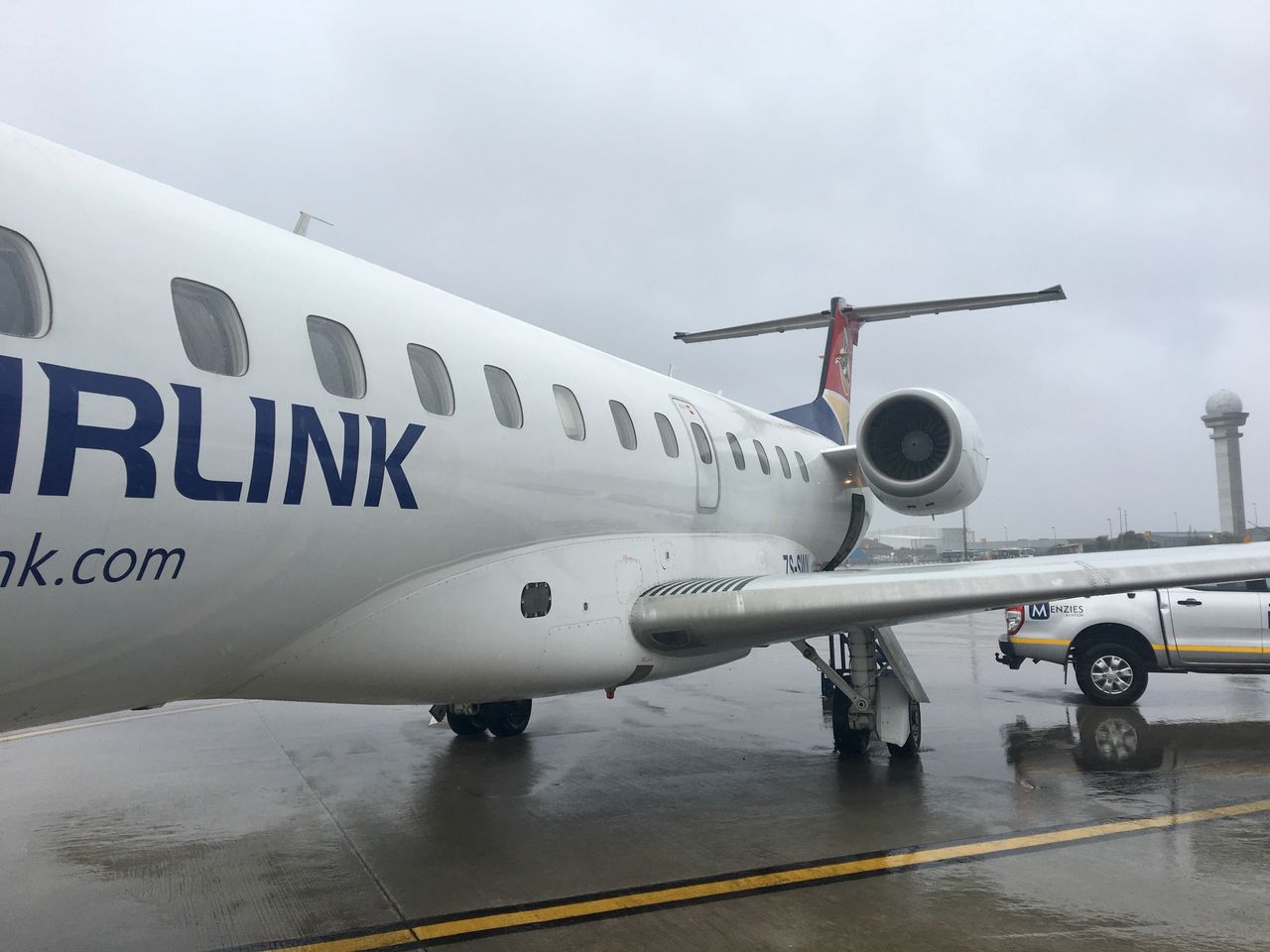 The cabin itself was not very warm so it was even worse being wet. 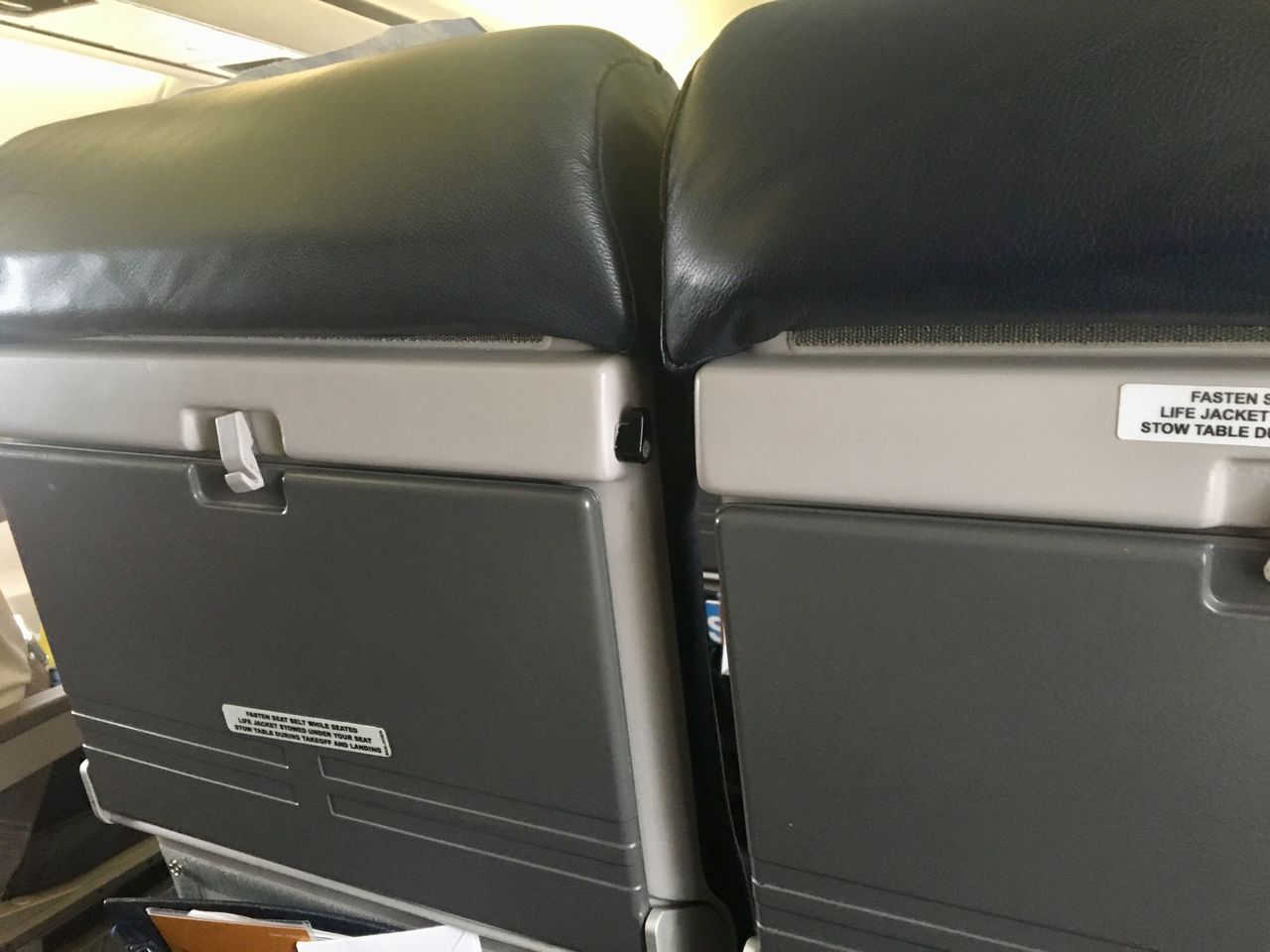 But, as two weeks earlier, it was in good shape, except for the seatback pocket that had been unbuttoned in between those 2 flights. It was not difficult buttoning it again !
The pitch was still honest 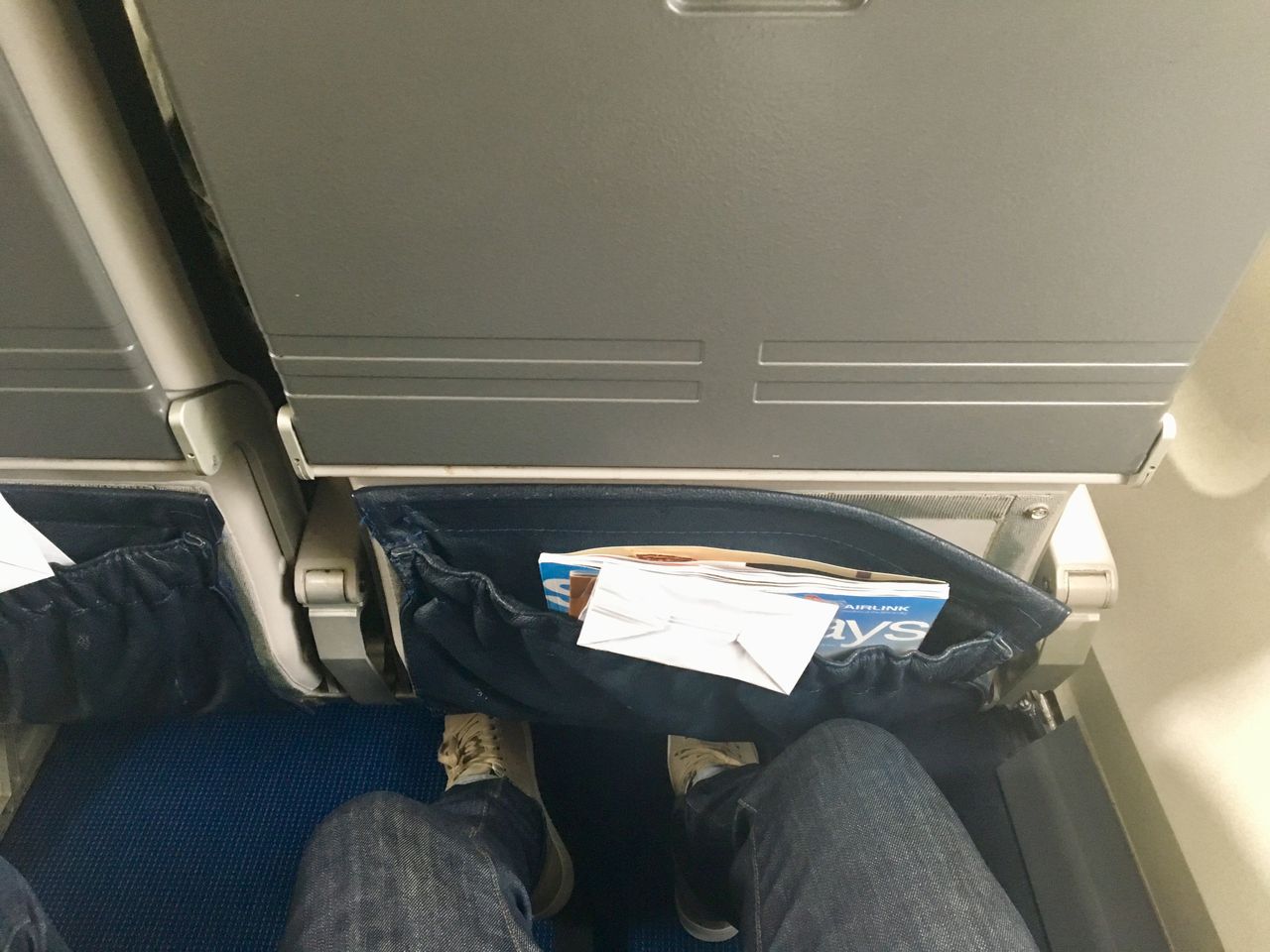 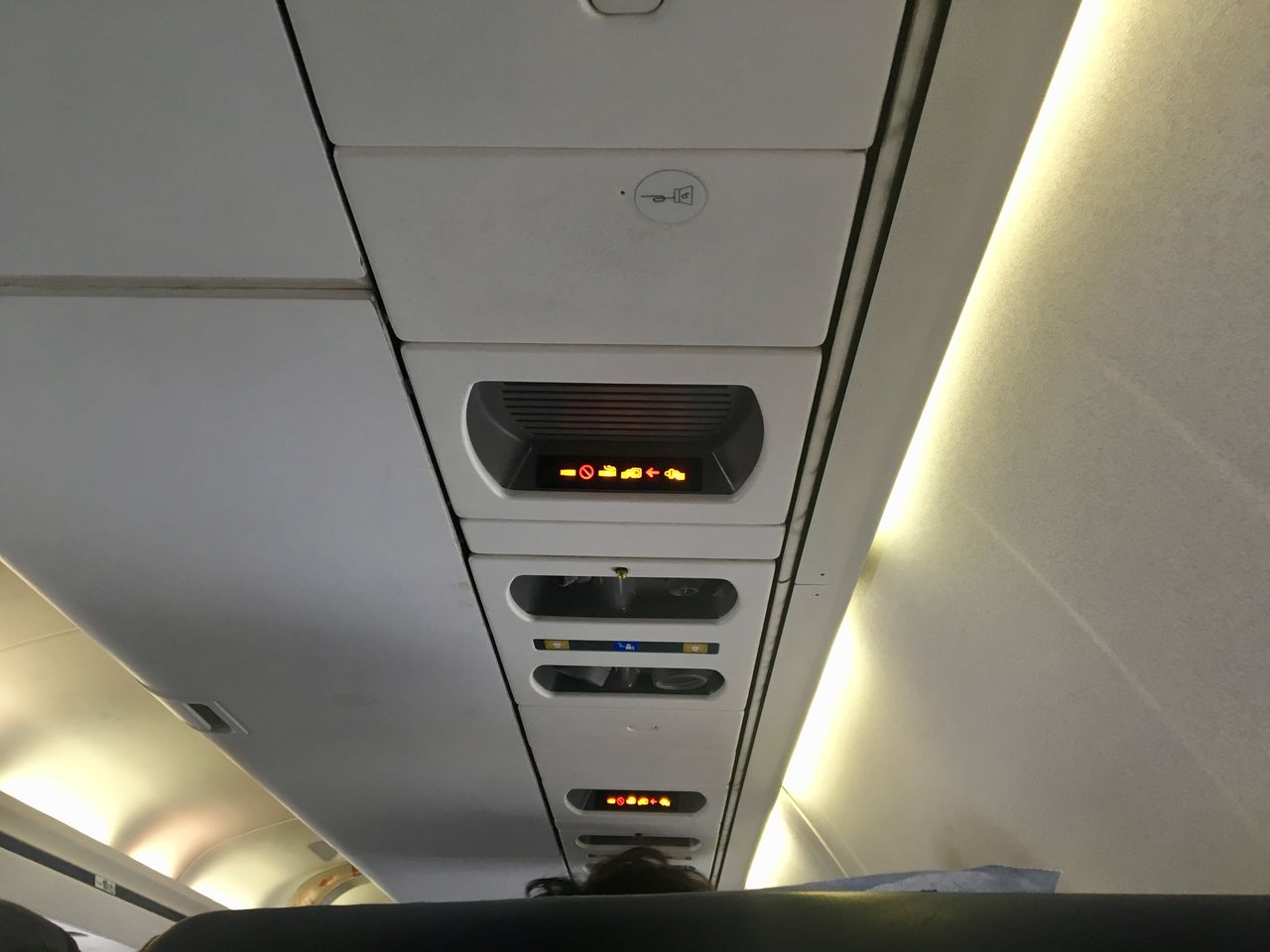 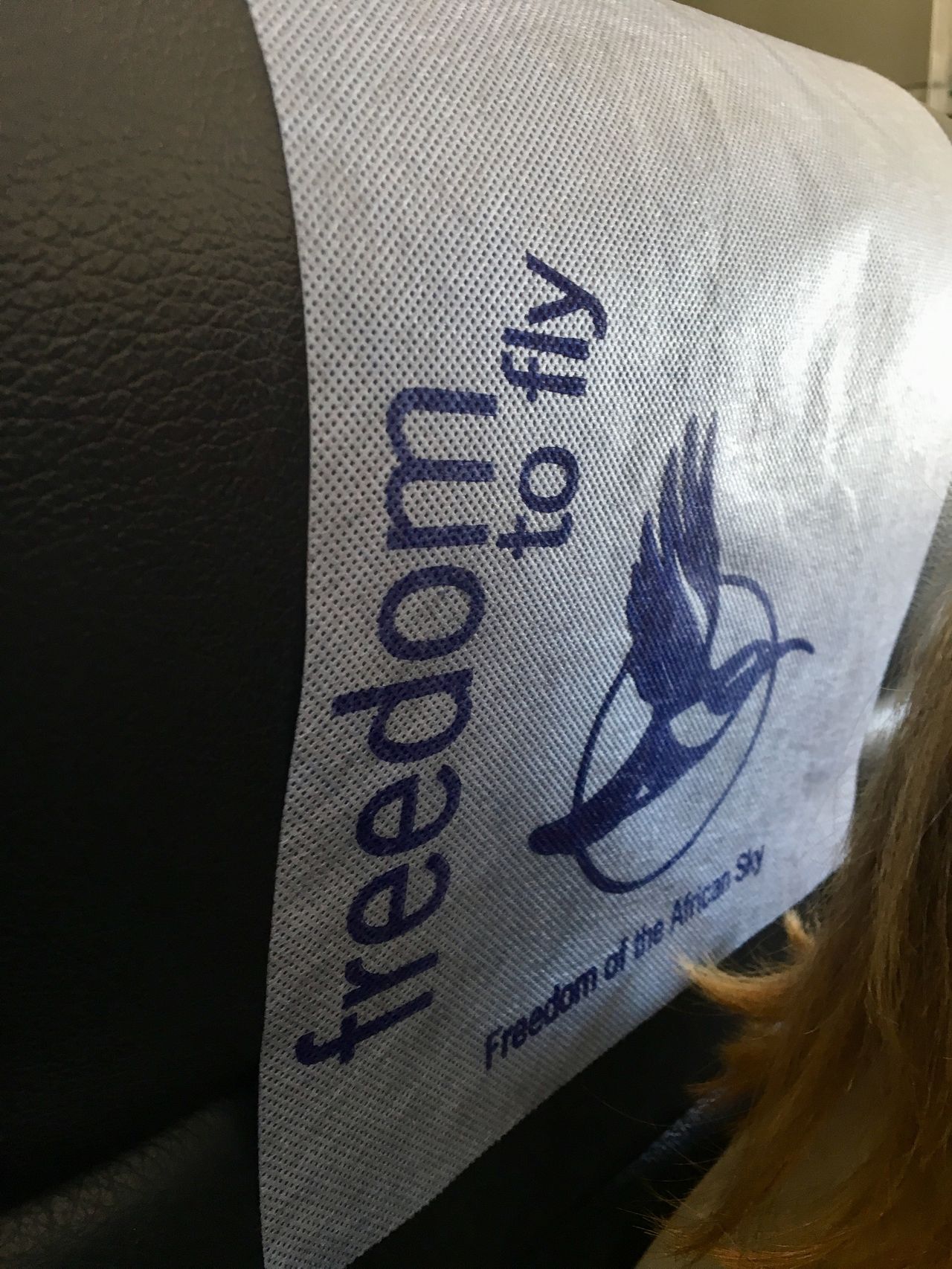 The Captain announced us over the PA a flight time of 40 minutes and apologized for the delay.
After take-off almost in the fog, we cruised at FL275.
The catering was similar to the other Airlink flights we took, meaning a choice of muffin/sandwich this time a bit smaller though, and a choice of drinks from Ceres. 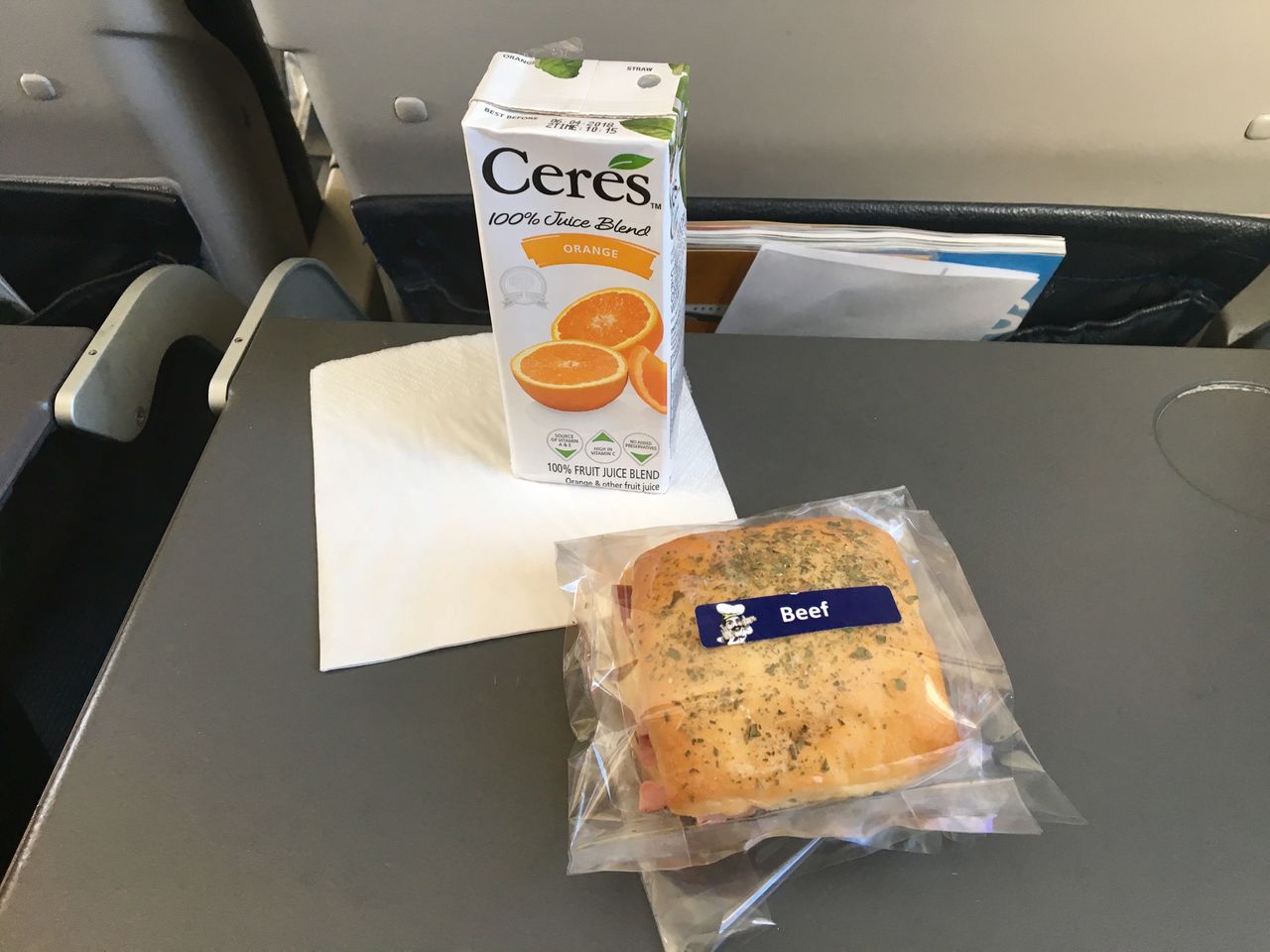 There was just one sandwich left when the FA reached our row so my mother took the muffin instead. 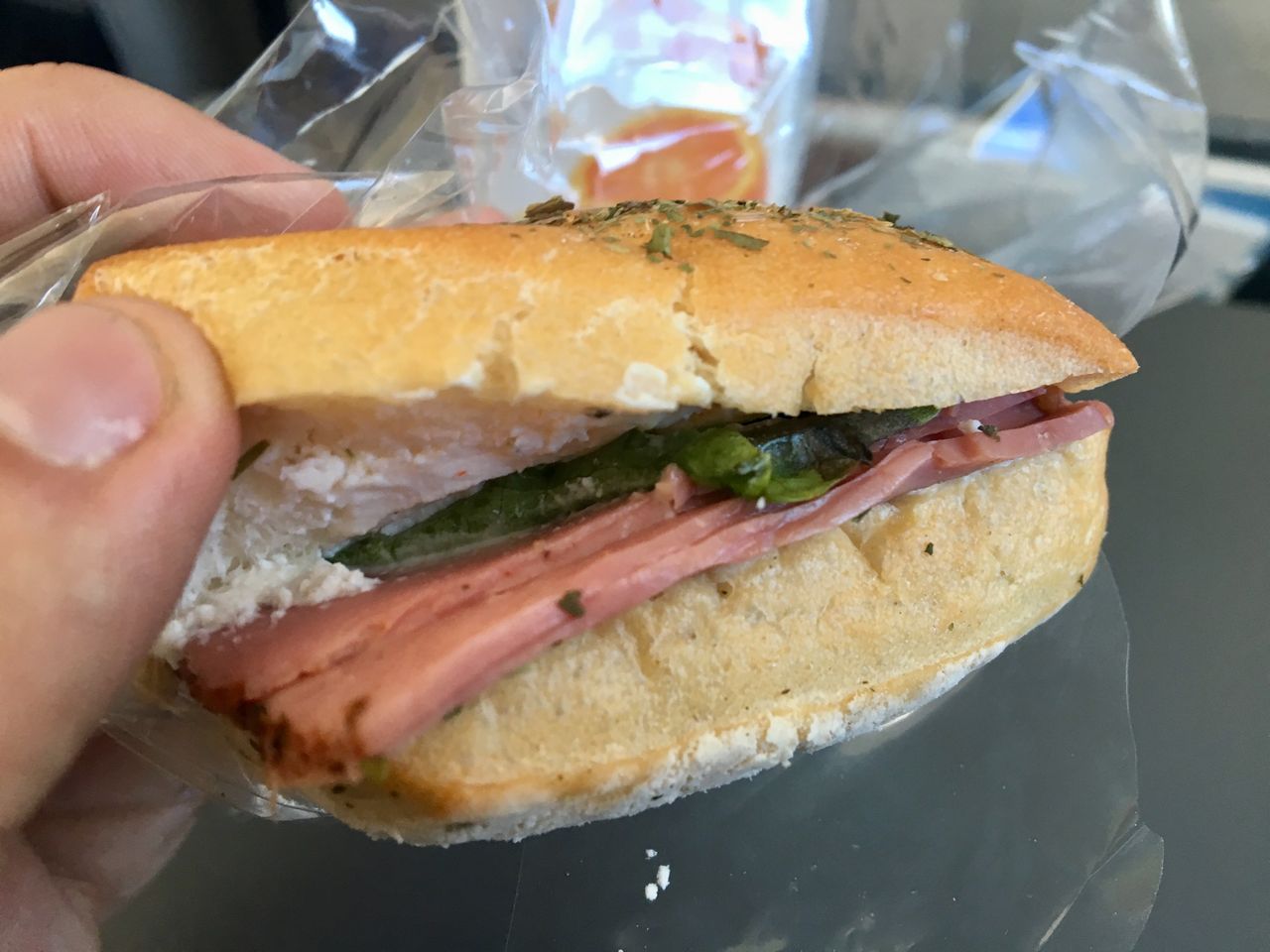 Here is the intact safety card : 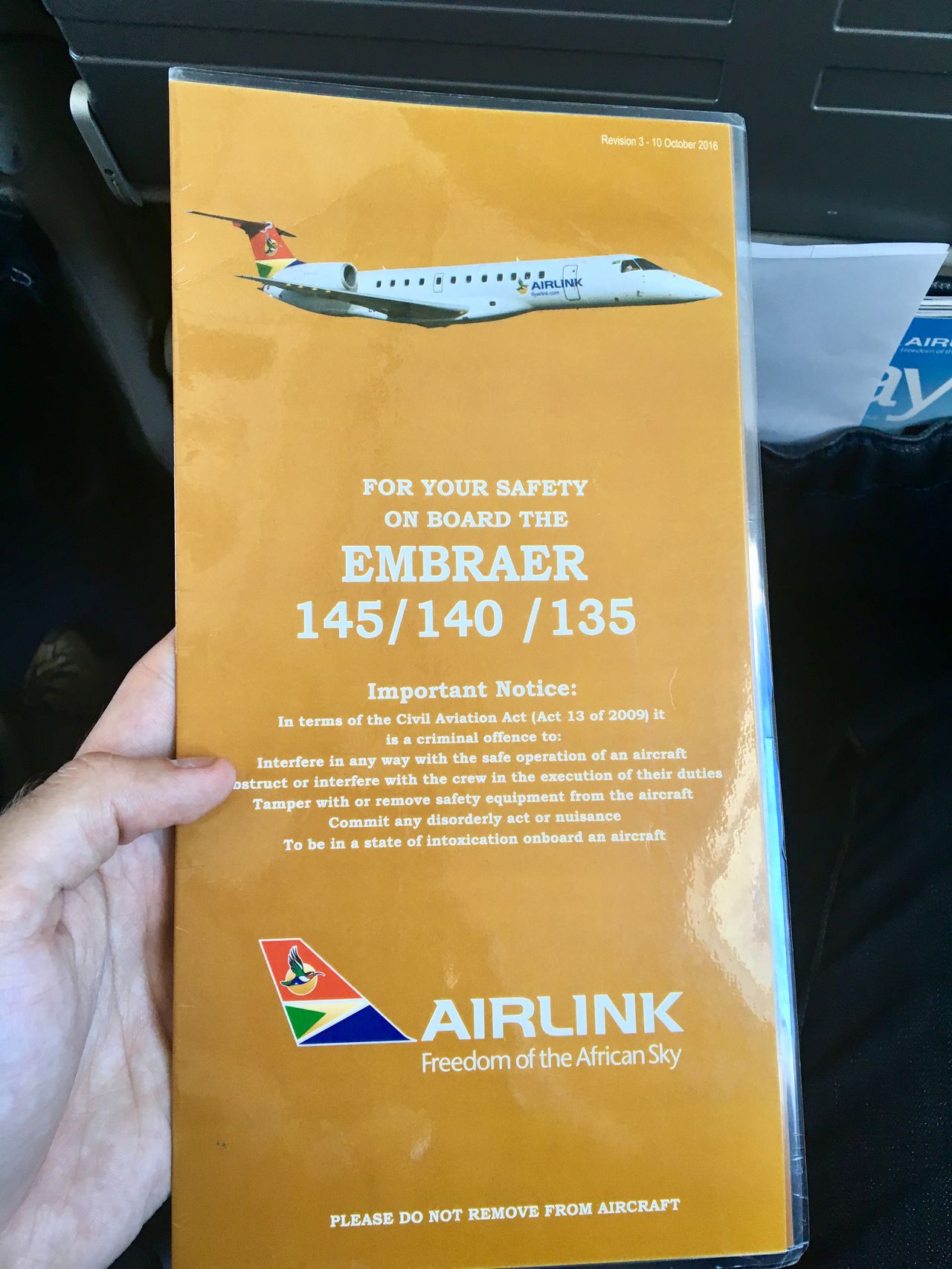 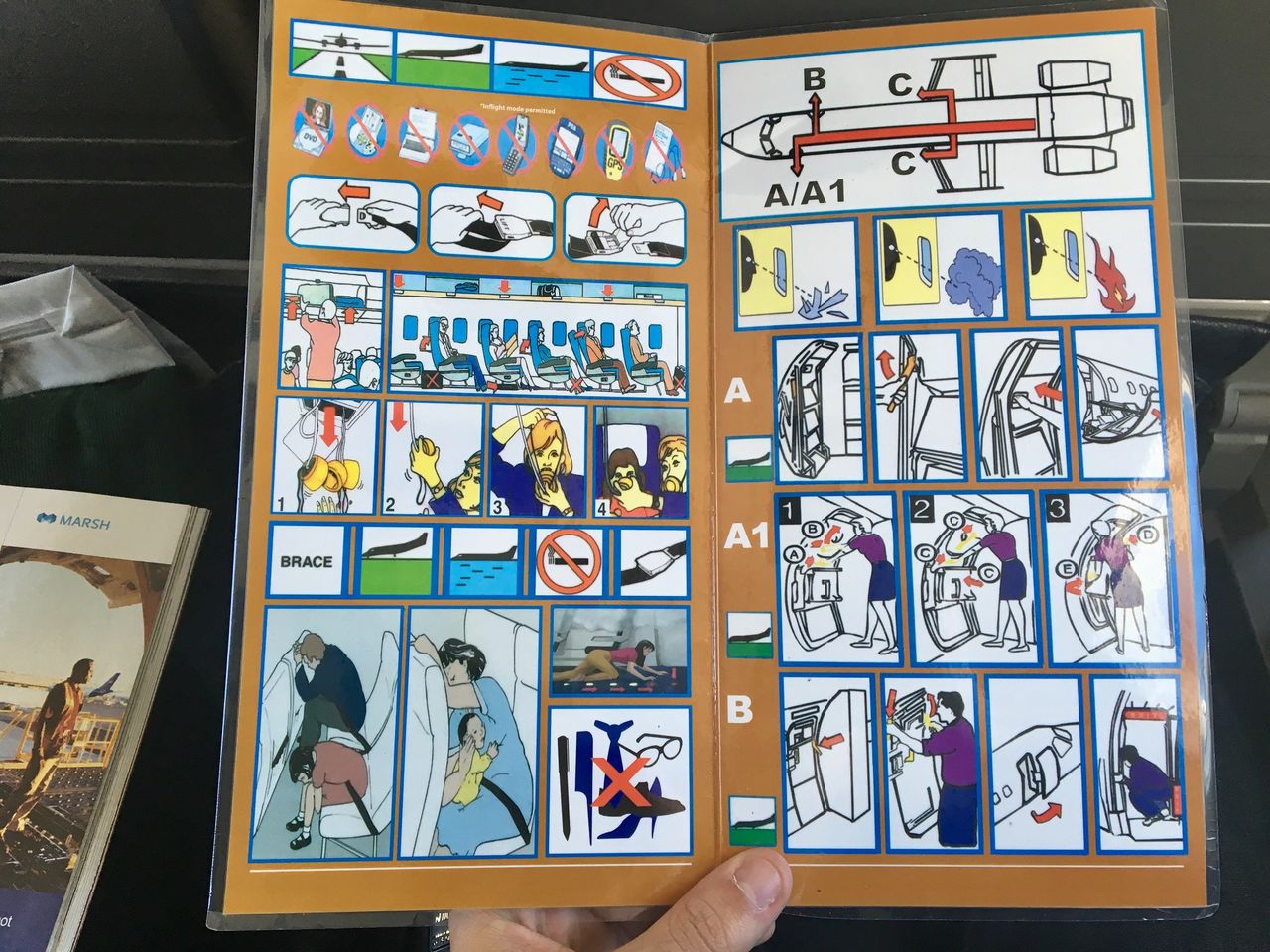 and the back page 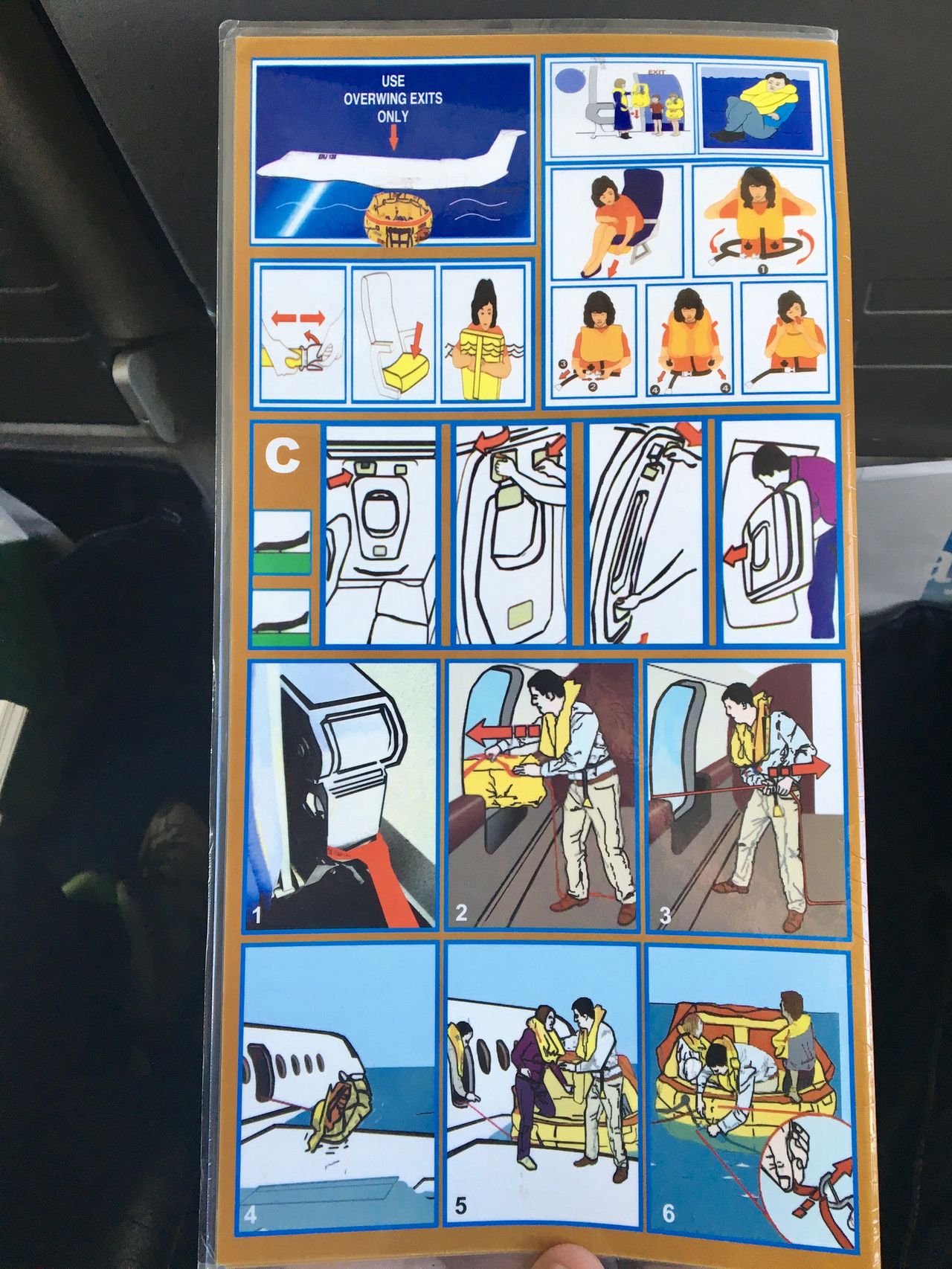 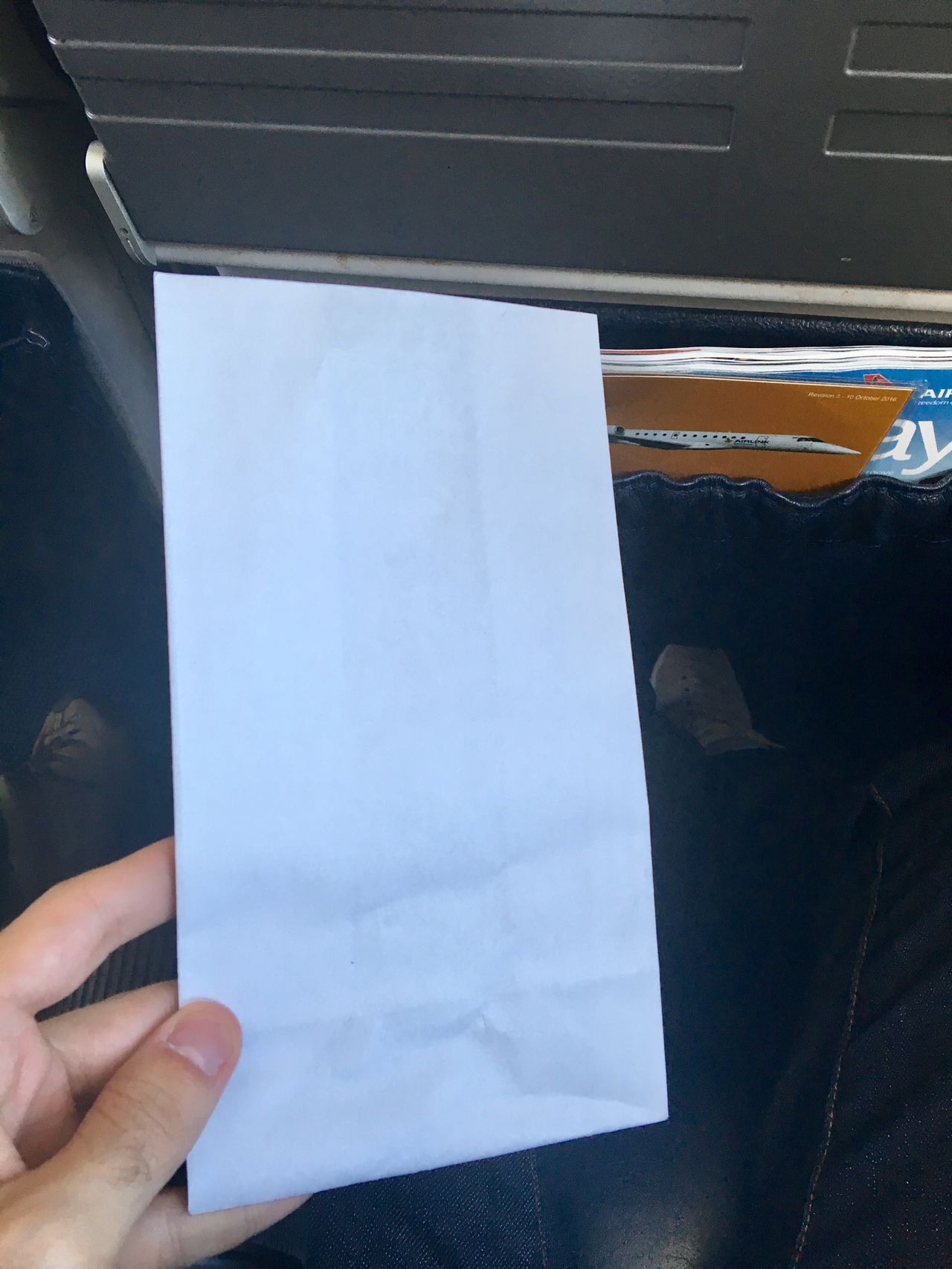 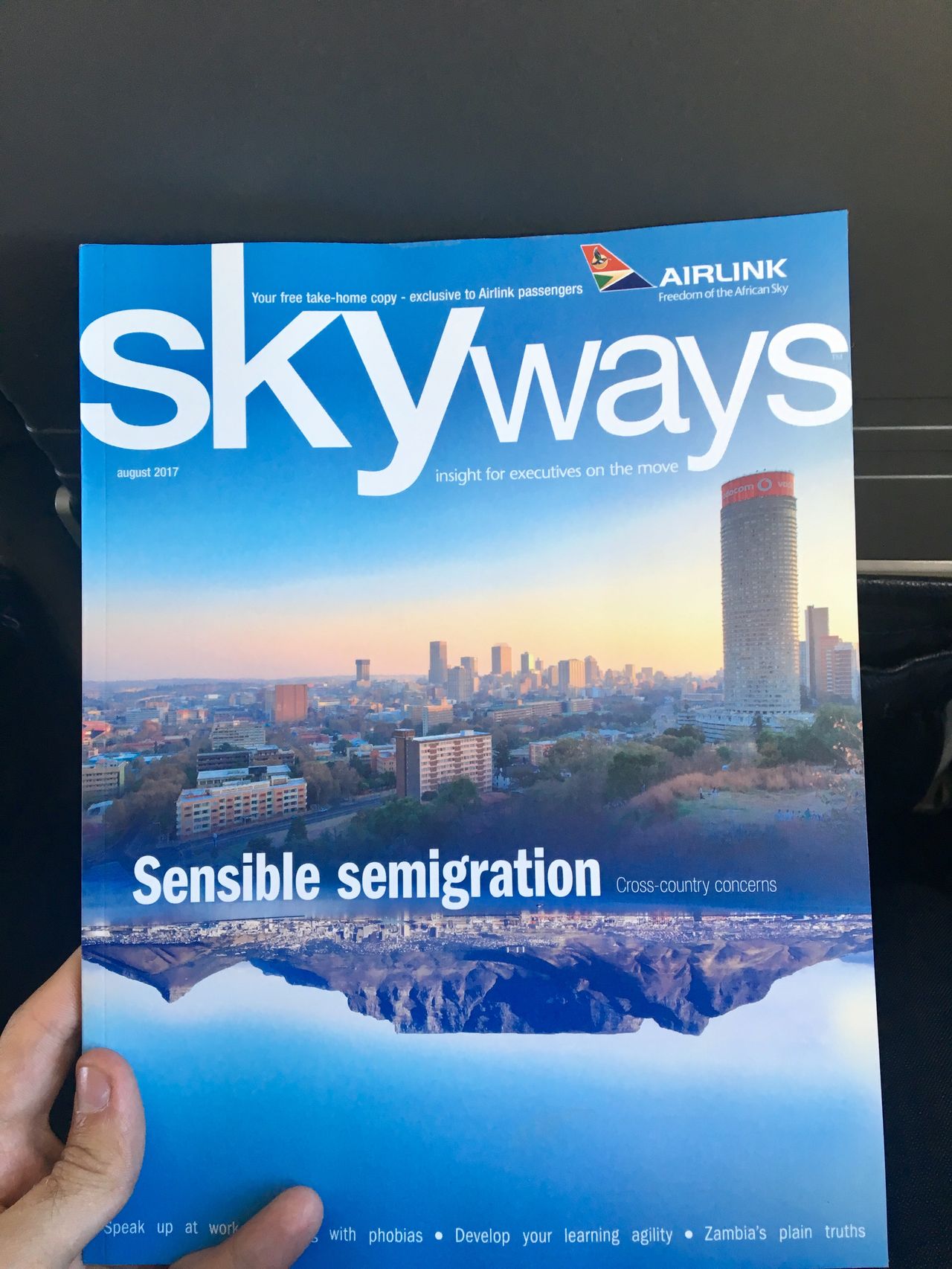 The only picture I have with blue skies :/ 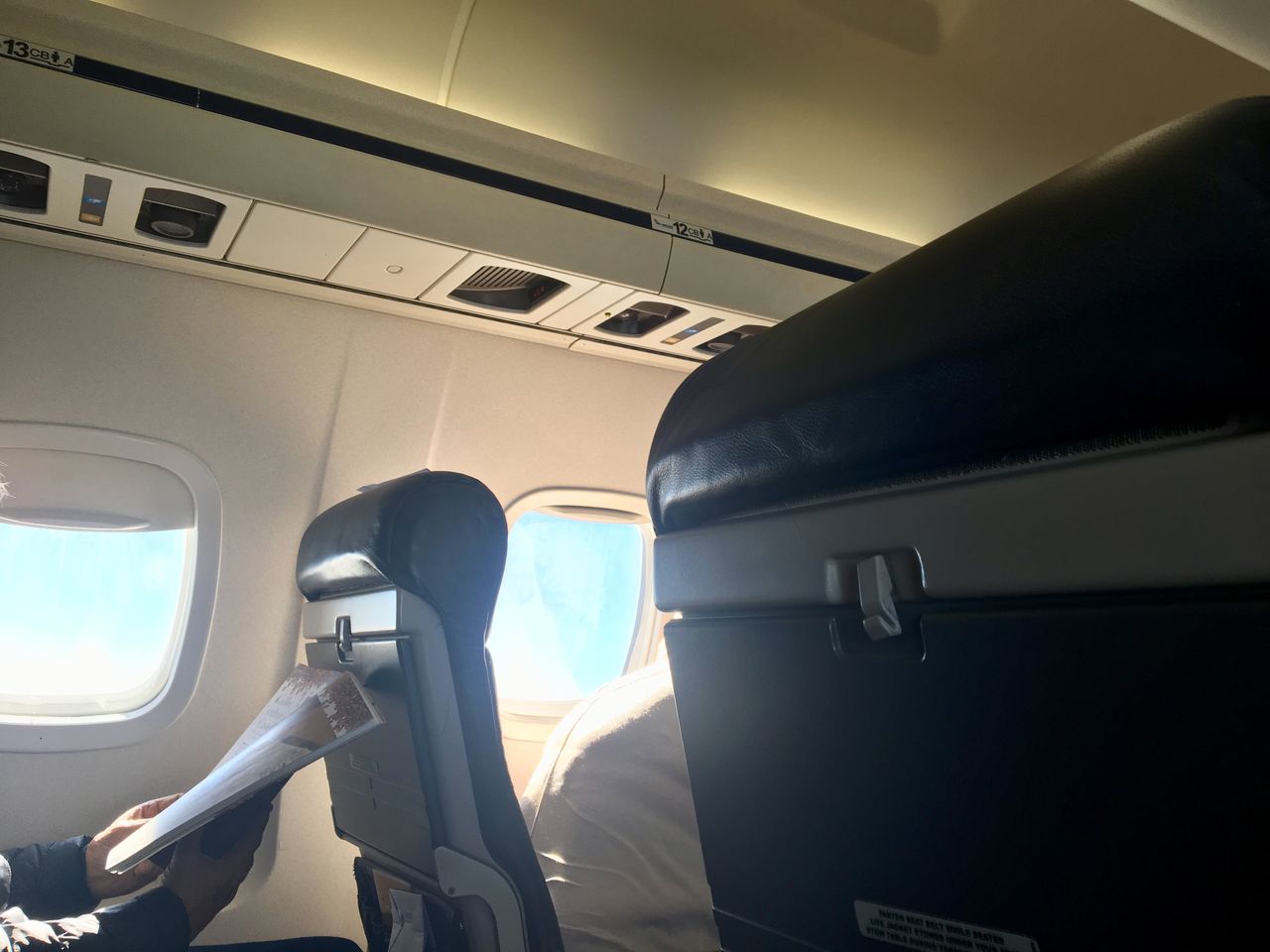 Hopefully I had uploaded a small video

But unfortunately, I have nothing left from the gorgeous approach over Mossel Bay and George city arghhh
Even the spotting on the tarmac with blue skies was lost ! The only thing I can tell you is we landed runway 29.

I still took a picture of the ceiling on the luggages' belt room. It was 12:57 PM, not bad for such a delay at the beggining 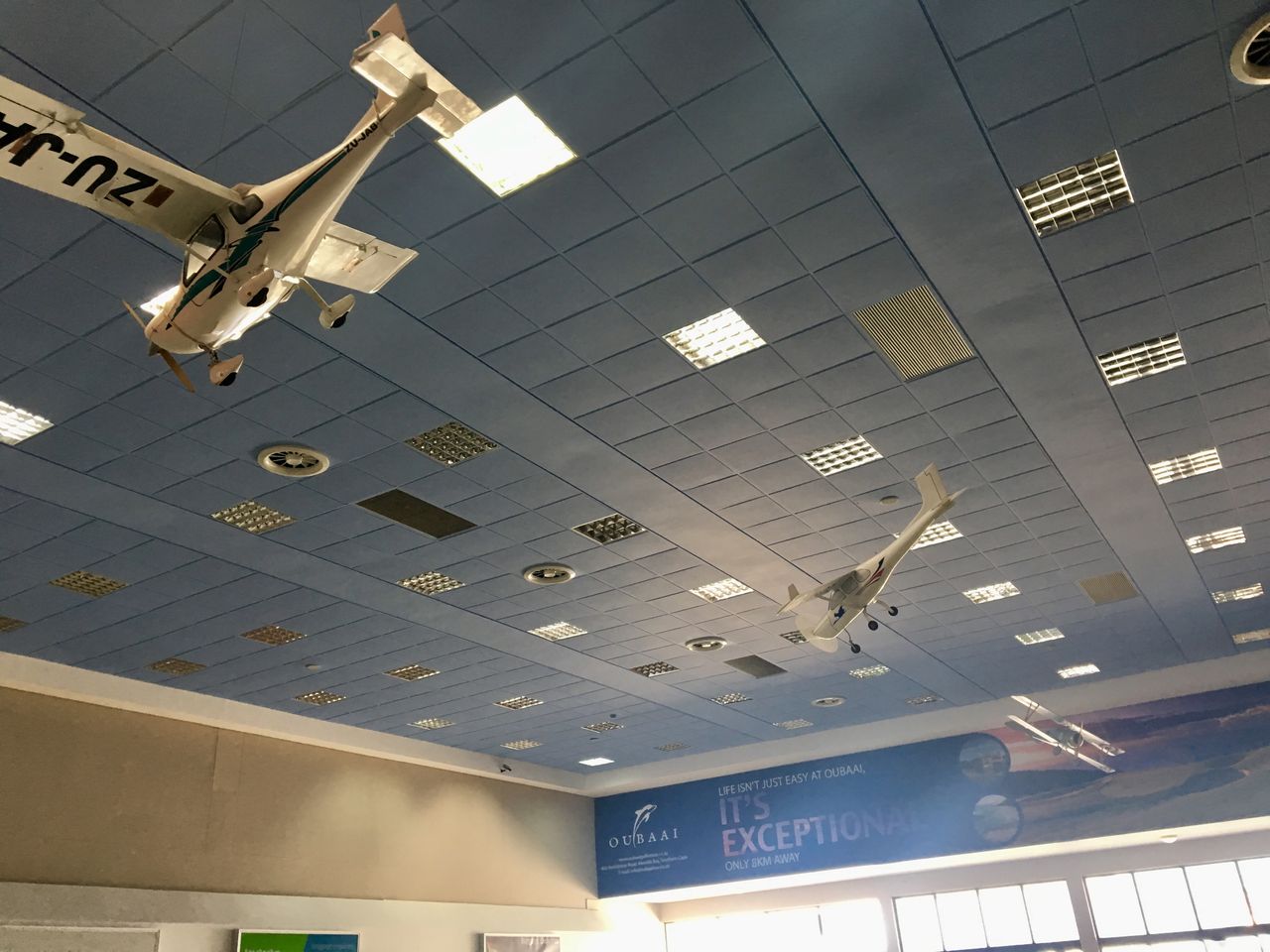 Our transfer was operated by Kontours, a reliable family-sized company that took us to two viewpoints along our transfer which I obviously, being DSLR pictures, lost…
It was Dolphin's point (in Wilderness) and Cloud 9 Lookout (Egret Road, on top of Sedgefield)
Here, we were at a paragliding spot 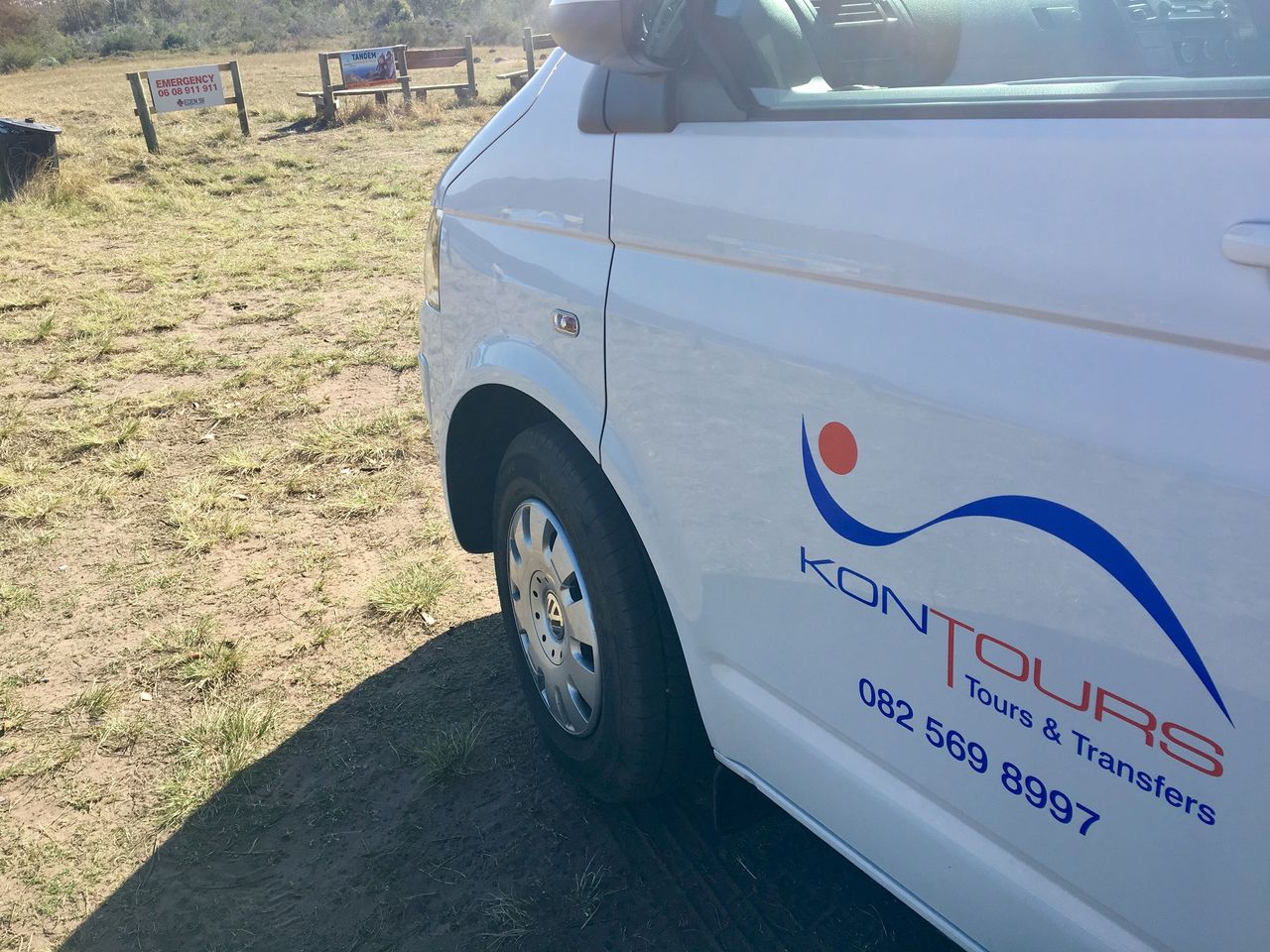 And here is the lovely Knysna's waterfront to end on a good view : 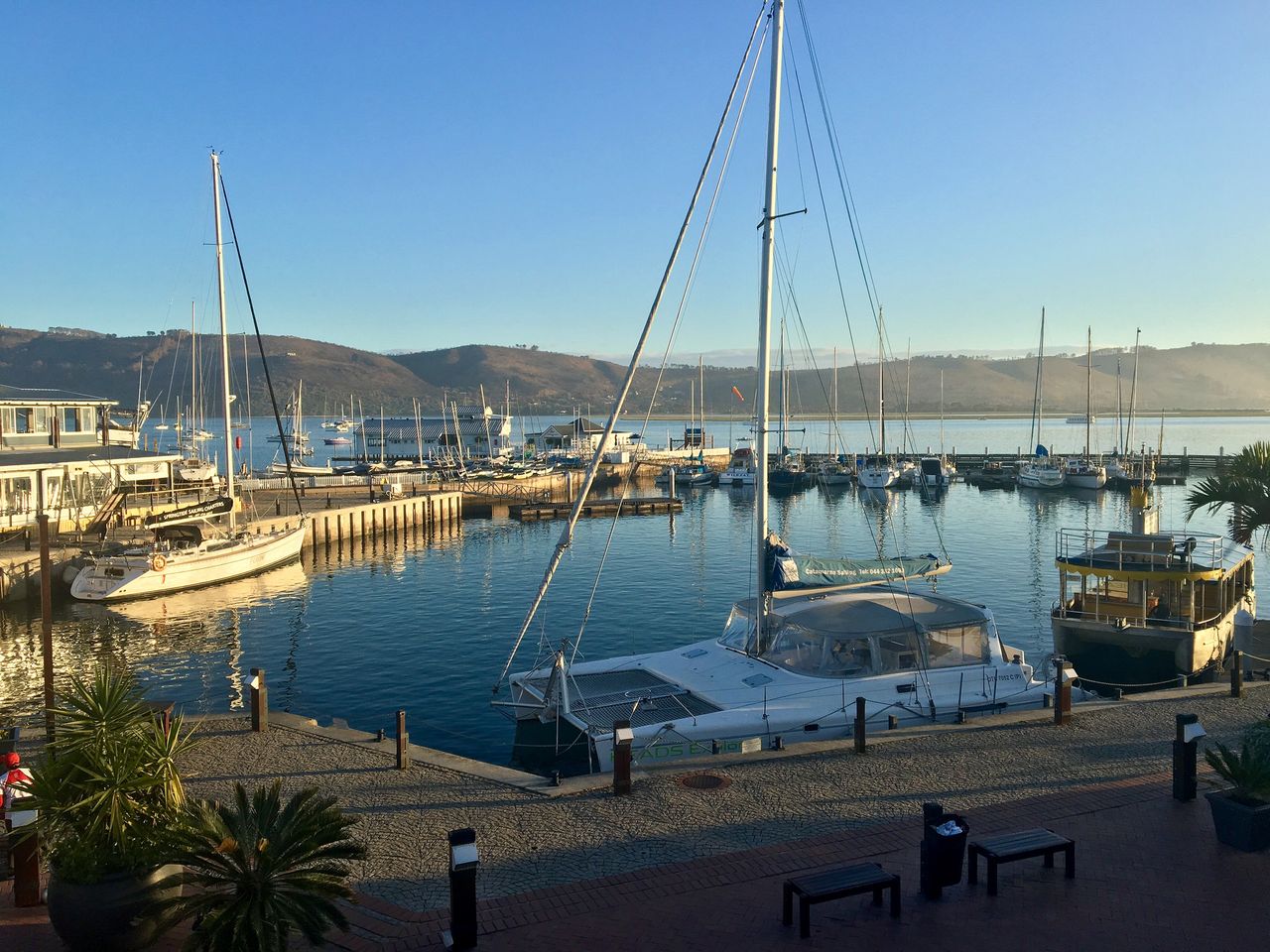 The cabin was too cold, it should have been warmer on a winter morning with rainy weather.
The crew was nice but not extraordinary

Lack of enough sandwiches for a midday flight but quality was there.