By Quirrow 2341
Published on 28th June 2015
The start of the day was not the most pleasant with heavy snowfall and limited visibility. I was actually really worried whether I might even make it to the airport at all since I was on a compact car and the roads are really slippery with the slush. Even as I am writing the report now, I am surprised I was able to navigate past the trailer trucks along the highway from Beaver Creek to Eagle County Airport (EGE). The airport itself was fairly easy to find from the Eagle Town Centre where I stopped to refuel for gas since that is the closest one to the airport. I do not remember seeing any other refuelling stations nearer the airport.

Since EGE is still considered a small airport, there was no car rental centre to be found in the terminal and I was confused where to drop off my keys. There were the car return lots on the car park which was clearly marked but no attendant to be found outside or inside the terminal. Eventually I found the AVIS service counter and the agent just told me to drop off my keys by the entrance to the terminal. Apparently that was what the rest of the renters do as well. It was just a novel concept to me! 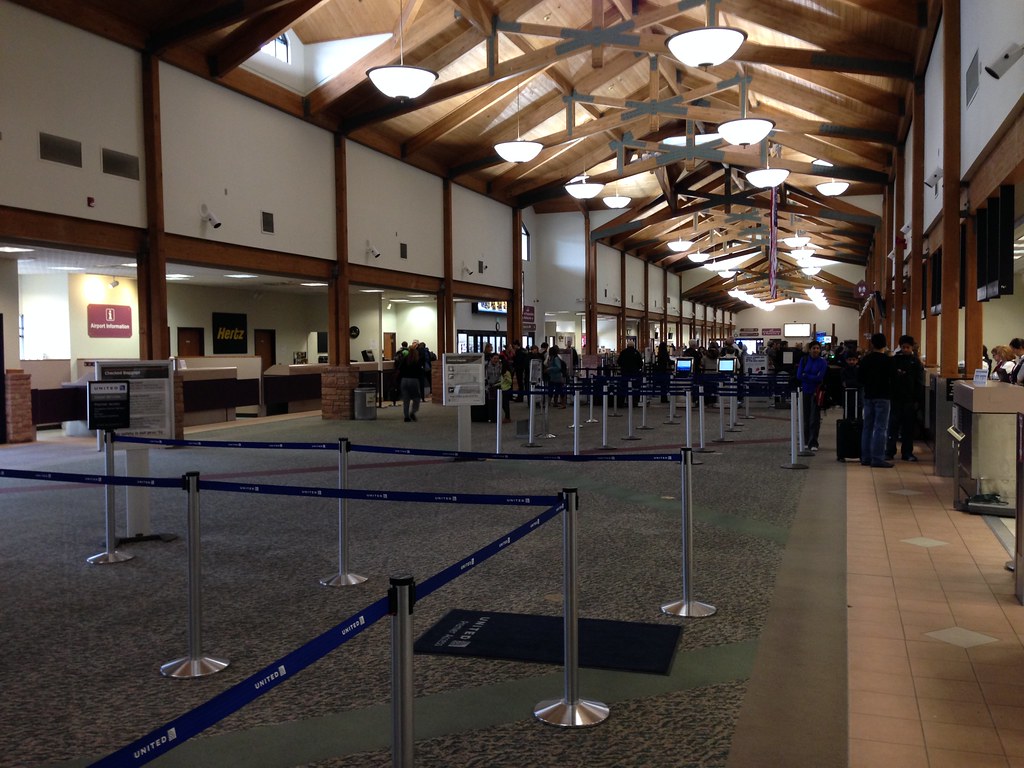 Eagle County is definitely a larger airport and feels newer with tall ceilings. It was furnished like Aspen's airport but I felt it lacks the warmth or cosiness for some reason. I proceeded to the United check-in counter and there was only one other person in front of me in the normal 'Economy' queue. And I was served by what seemed to be a trainee agent as she was unsure of the system and the fact that I had 3 flights made it more difficult since I would be transiting via Denver and Seattle to get to Vancouver. 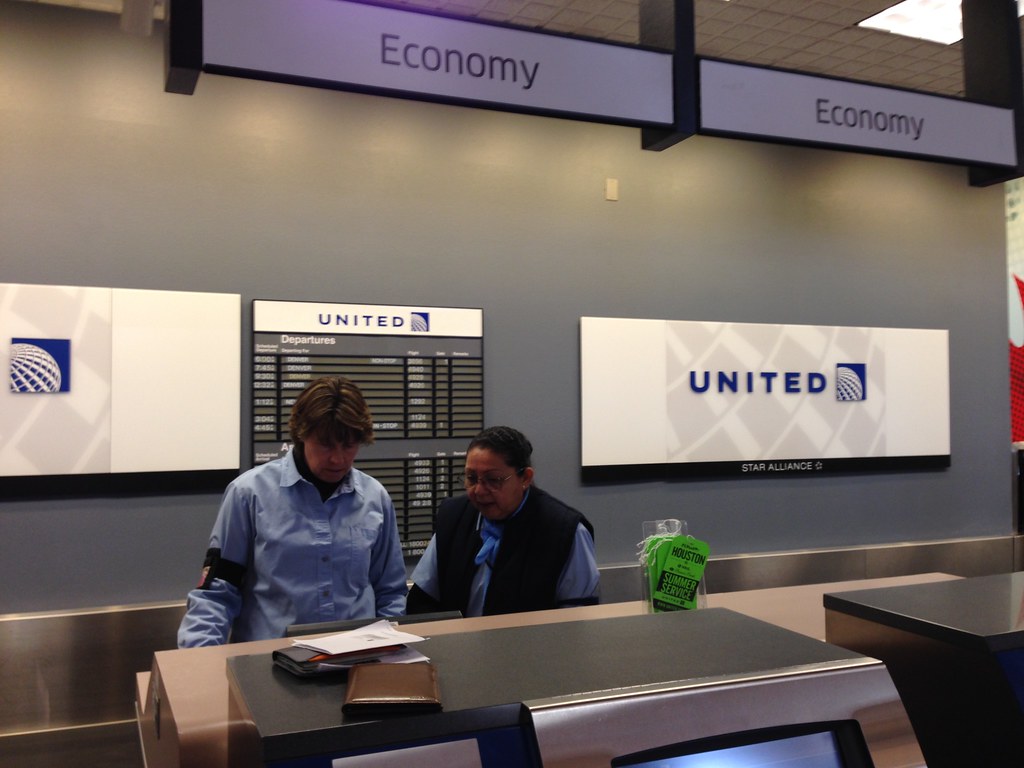 After what seemed like a long time (actually only 15 minutes) I got my boarding passes. I took some photos of the departure concourse and checked all my belongings first before heading to queue in line for security. It was not a long queue but because there were quite a few families in the line, it took some time, but I was still early for the flight as by the time I got to the gate, the plane I was scheduled to be on have not even arrived yet. 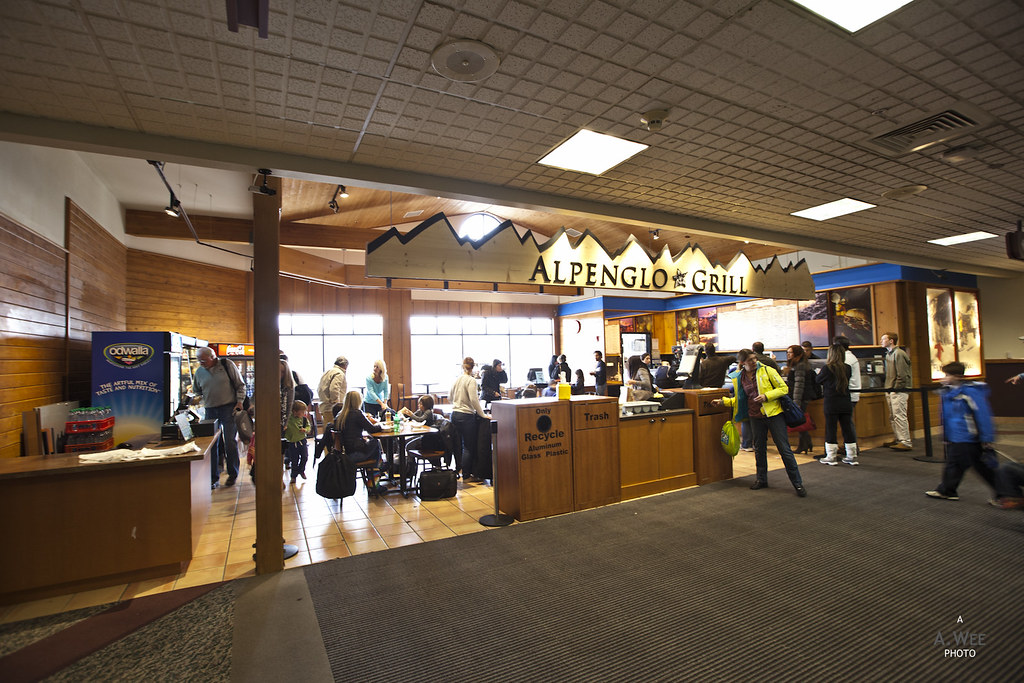 Cafe in the departure terminal, after security

Past the security there was a gift shop, a cafe and bistro, and that is about it. The terminal shape is just one long corridor and I got to catch some shots of the Delta 757 as it arrived. Apparently I think the crowds of passengers at security are probably boarding either the Delta or American Airlines flight, both of which are operated by 757s. United primarily runs the Dash-8s that feeds traffic to its larger hub in Denver.

Since there was no lounge whatsoever, I just picked a seat near the boarding gates and used the free wifi provided by the airport. EGE is larger than ASE and it feels more like an airport but it also means there is no sense of nostalgia whatsoever. I think I very much prefer the feel of ASE. 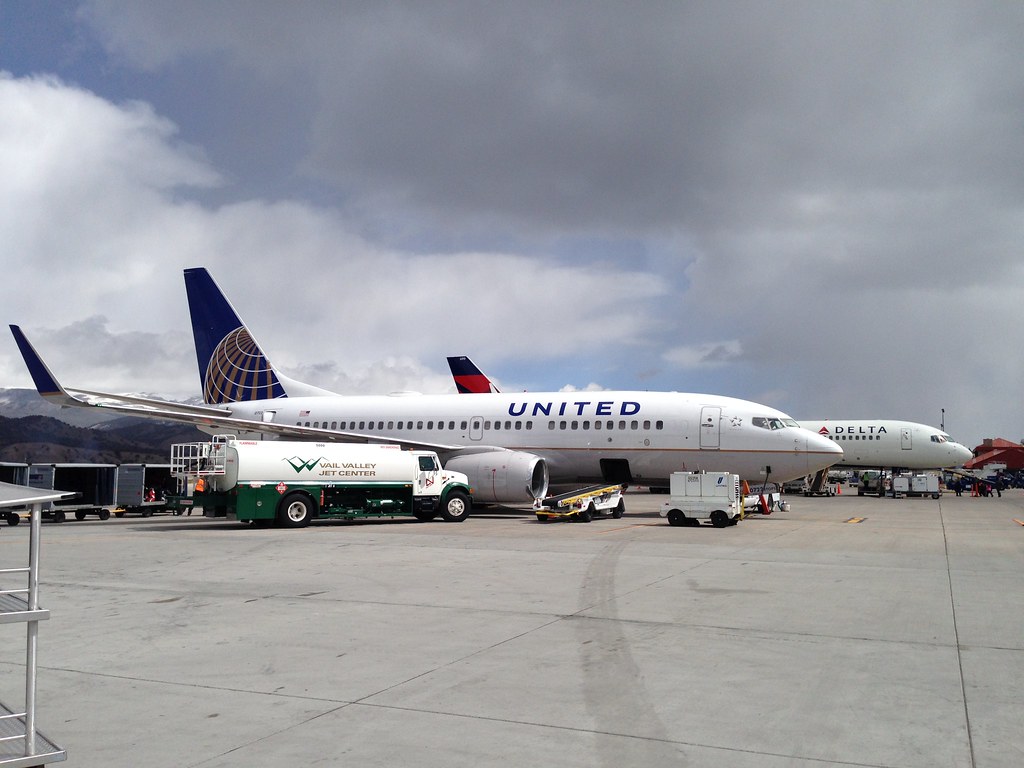 United and Delta jets at EGE

The one good thing of taking a smaller aircraft is that boarding is done very close to the time of departure since there is not much passenger either on today's flight. In fact when I was waiting at the gate, the plane I was scheduled to be on had not even arrived yet from Denver. 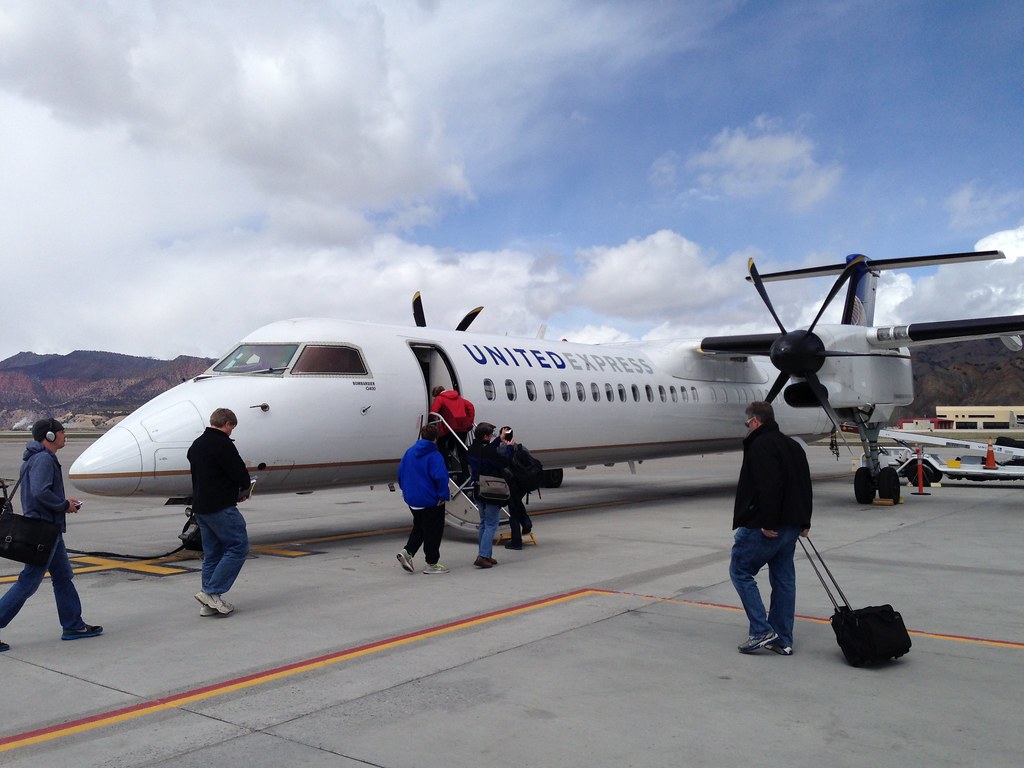 United Express Bombardier Dash-8 that will fly me to Denver

Boarding was a matter of walking probably 200 metres towards the plane parked just outside the gate and that gave me the opportunity to take a photo of the planes parked in the tarmac. I have been on smaller planes than the Q400s and also larger planes for even such a short flight. Considering this was a somewhat 'exotic' airport, I was fine with the small plane and there was not much load today as well so that makes for a speedy boarding and quick turn-around. 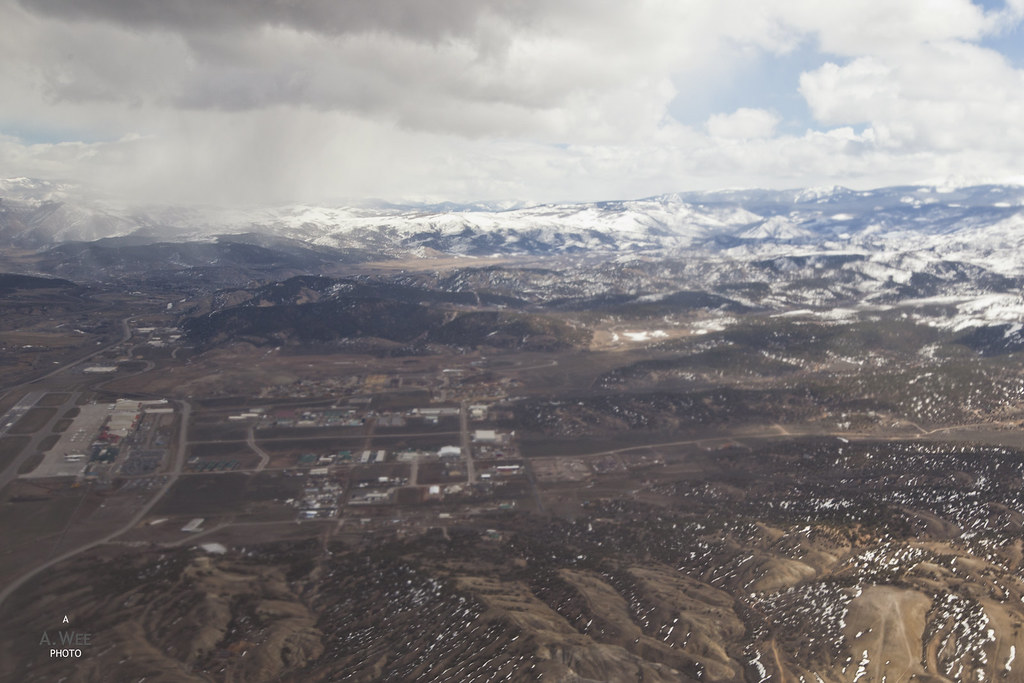 The flight seems to pass by very fast and I do not remember any beverage service at all for this short flight. What I appreciated though was an empty seat next to me and a very clean cabin onboard with the blue leather seats. And of course, I spent most of the 20 minutes of flight time gazing out of the window to see the landscape change from mountains to plains. 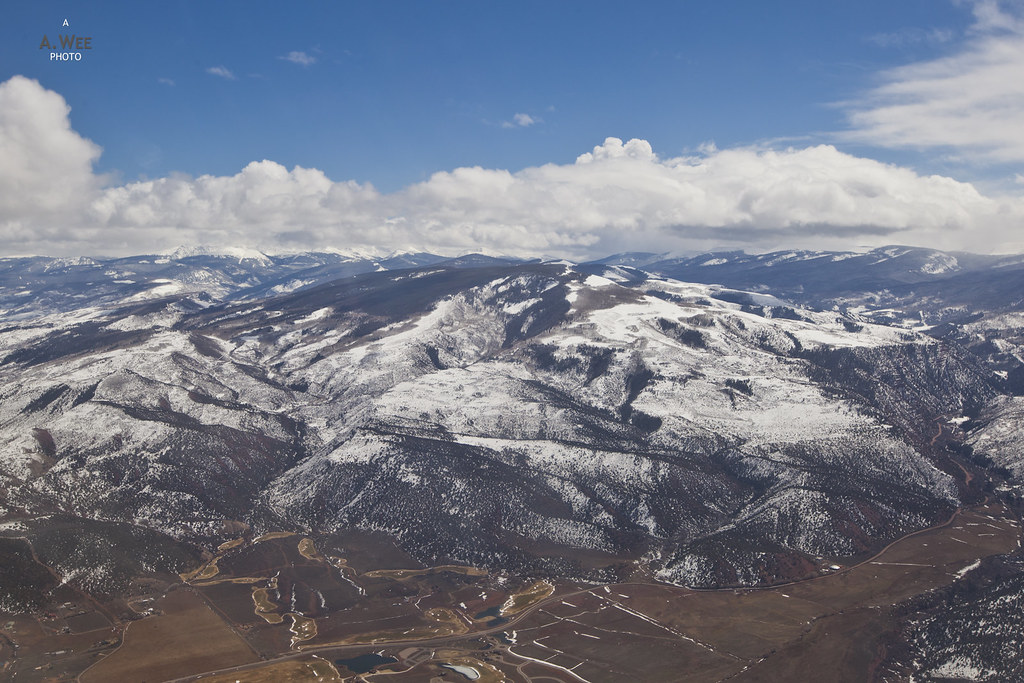 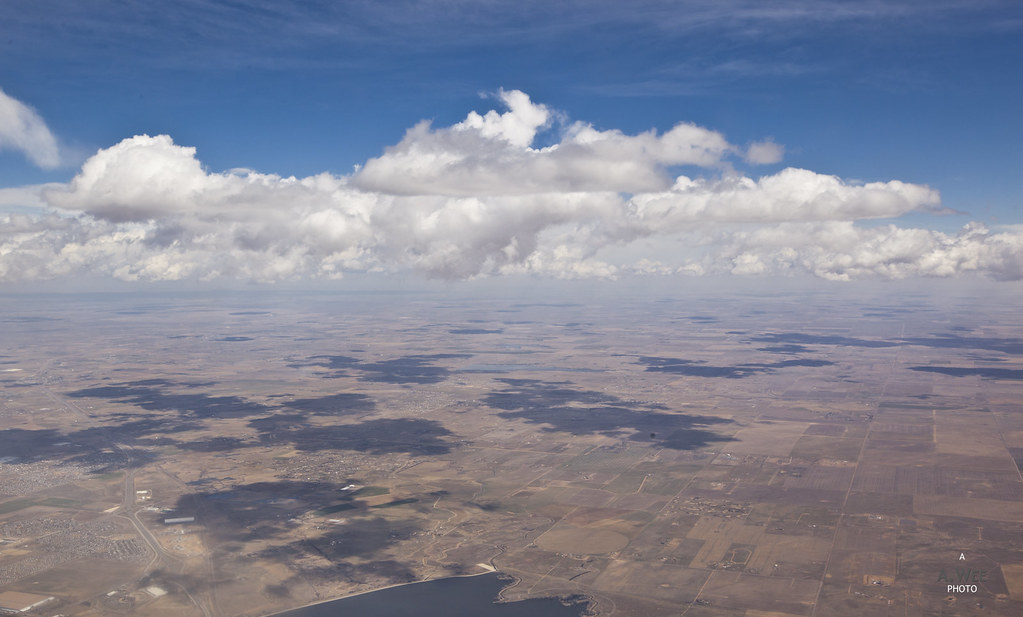 Clouds over the plains of Colorado

It was clear weather with some clouds over Denver when we arrived and the flight was pretty uneventful. No frills service and an empty seat satisfied me well enough for this short flight. Fortunately enough, I am not a very tall person and the really tight seat pitch on these turboprops were alright for a short journey but would be terrible for a longer flight! 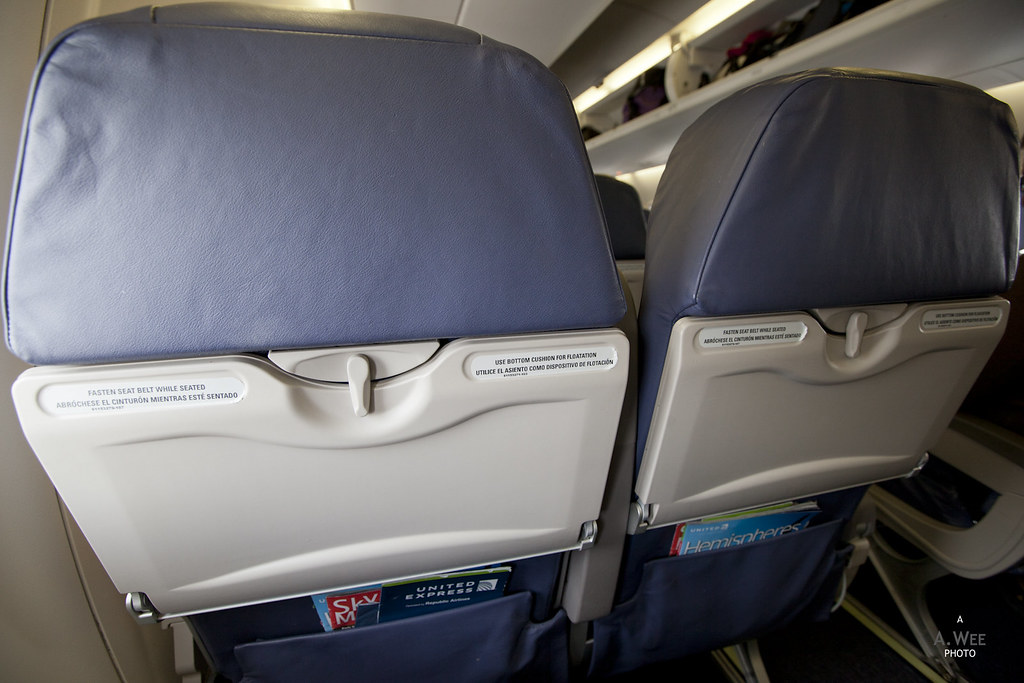 Seat-back in the Bombardier Q400s 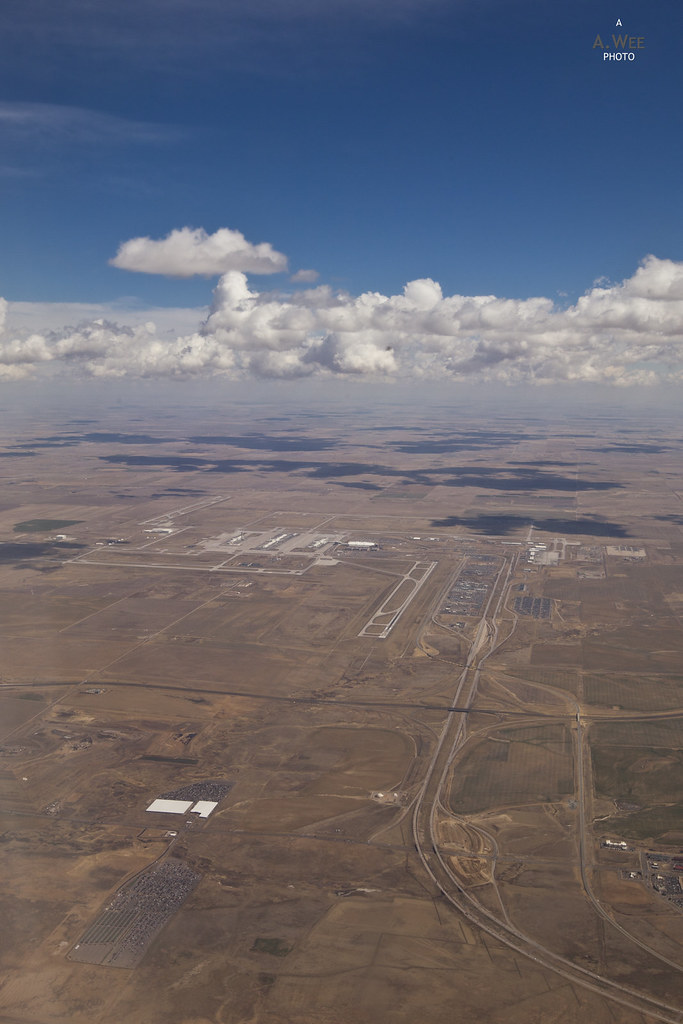 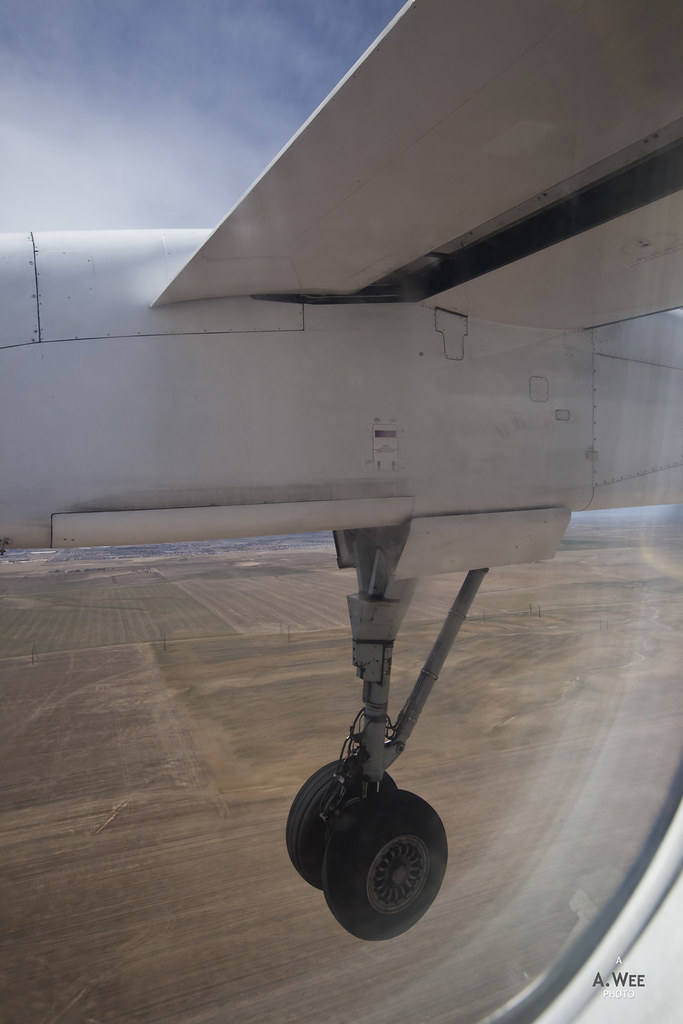 Wheels down for landing

Similar to boarding, disembarkation was done on a remote stand, and passengers walk towards a makeshift-kind of terminal (kind of like the regional turboprop arrivals in YVR) before heading to the terminals proper in Denver. 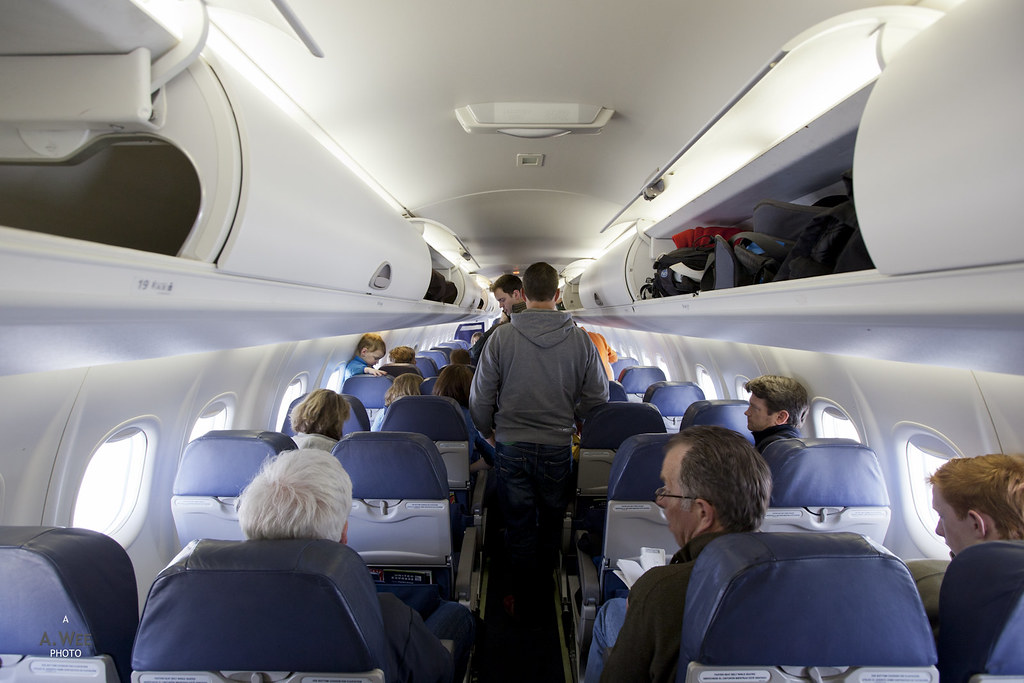 Once inside the terminal, I searched for the nearest Starbucks since I realized I wanted to get one of those city mugs and fortunately the ones in the terminal does stock up on the 'Aspen' design. Then I found a spot to sit down and munch on a pack of chips while reading up on my novel. 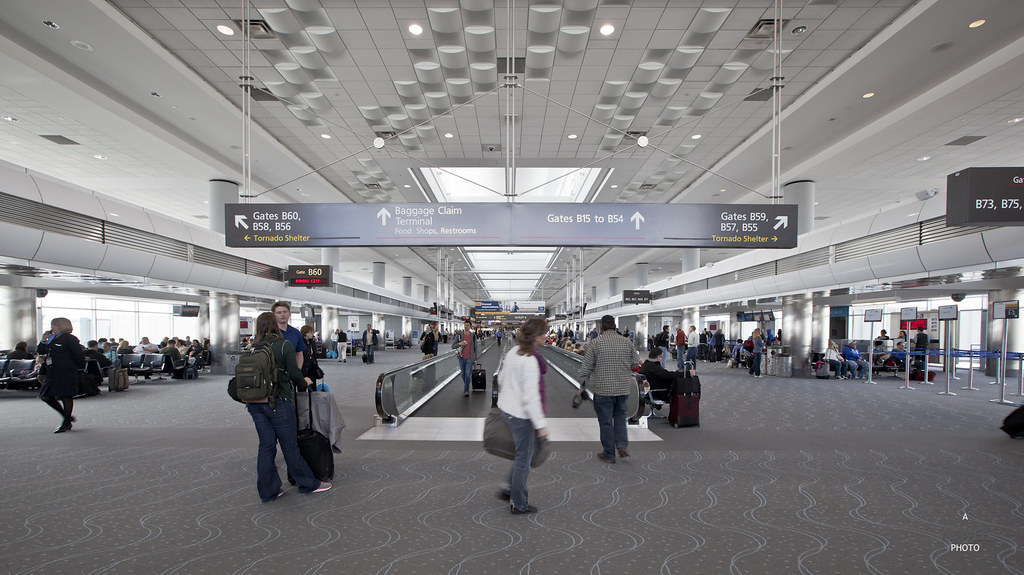 I spent the rest of my layover just plane spotting but maybe I was too tired or something, I did not really wander around much of the terminal. I did not even bother looking for the United Club. 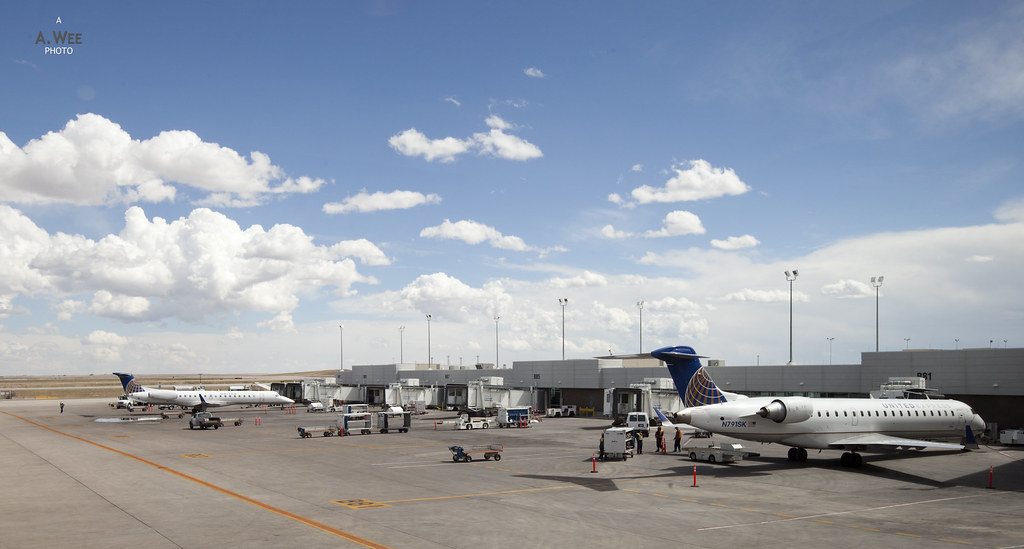 Some images from Beaver Creek, Colorado: 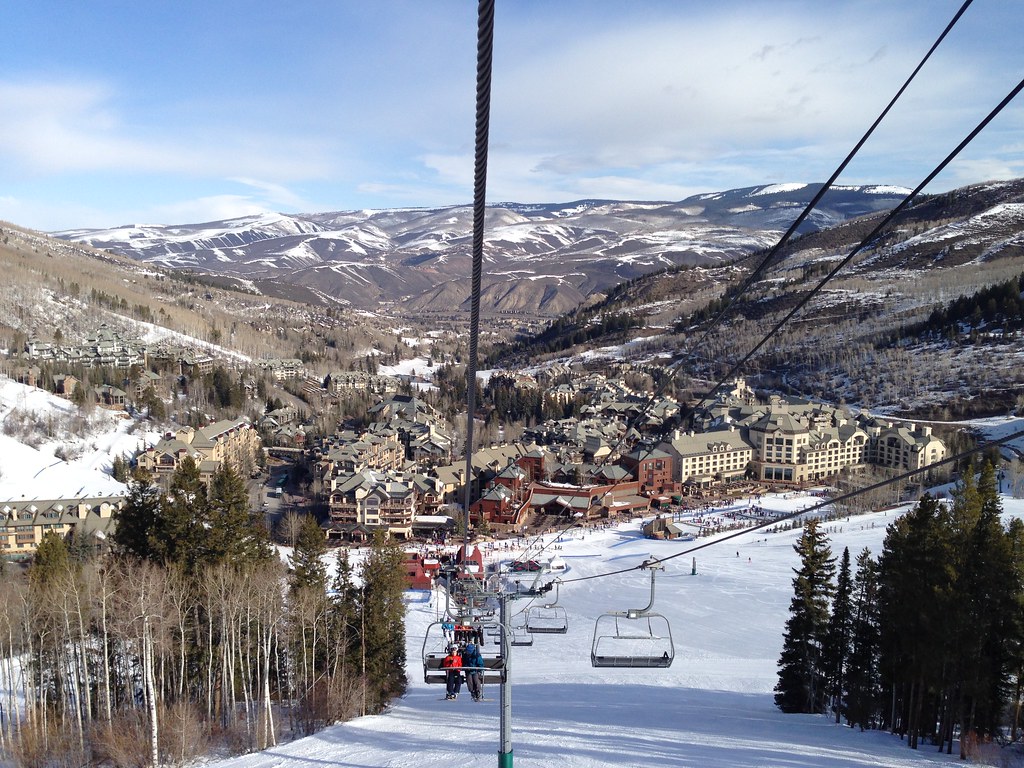 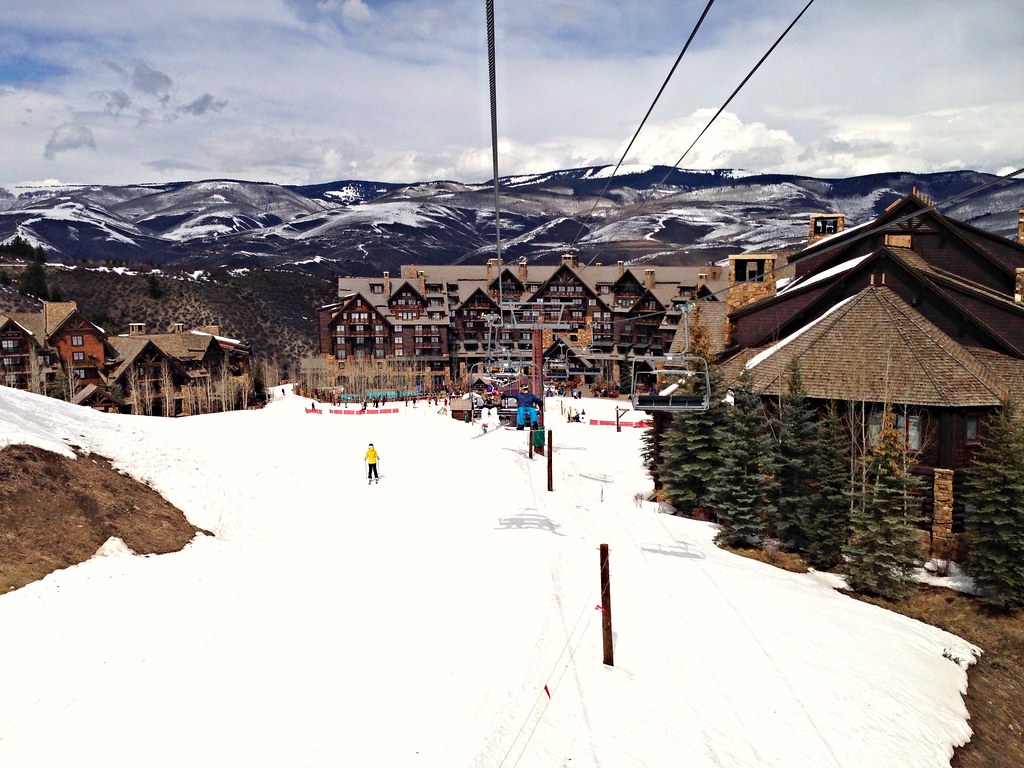 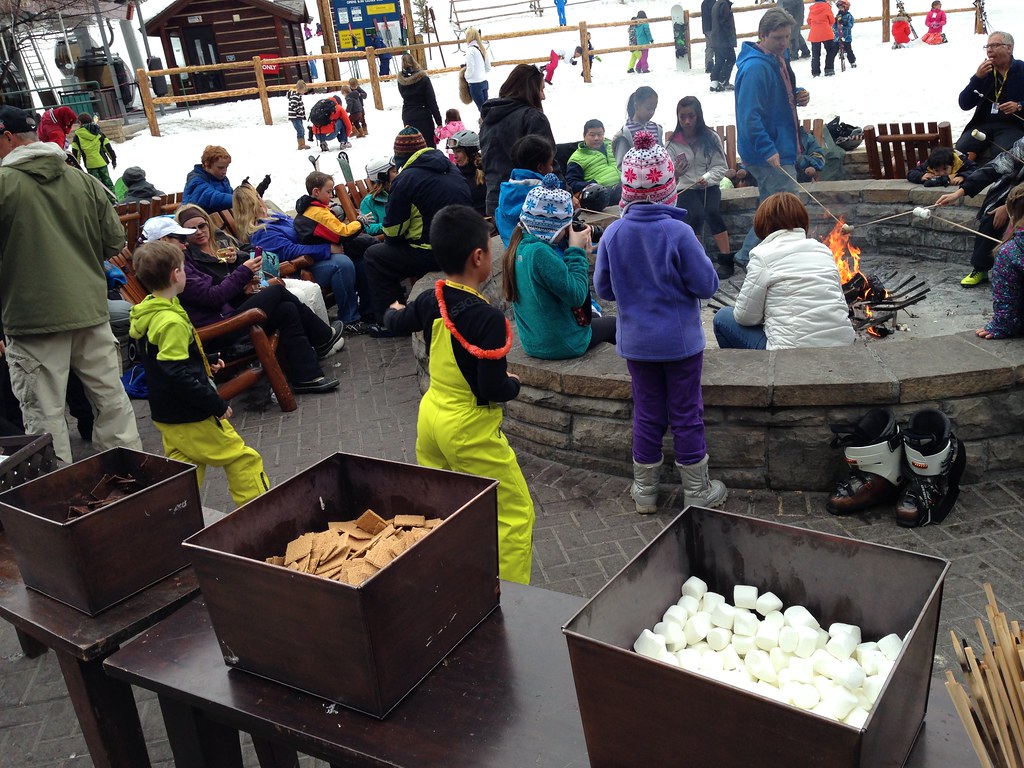 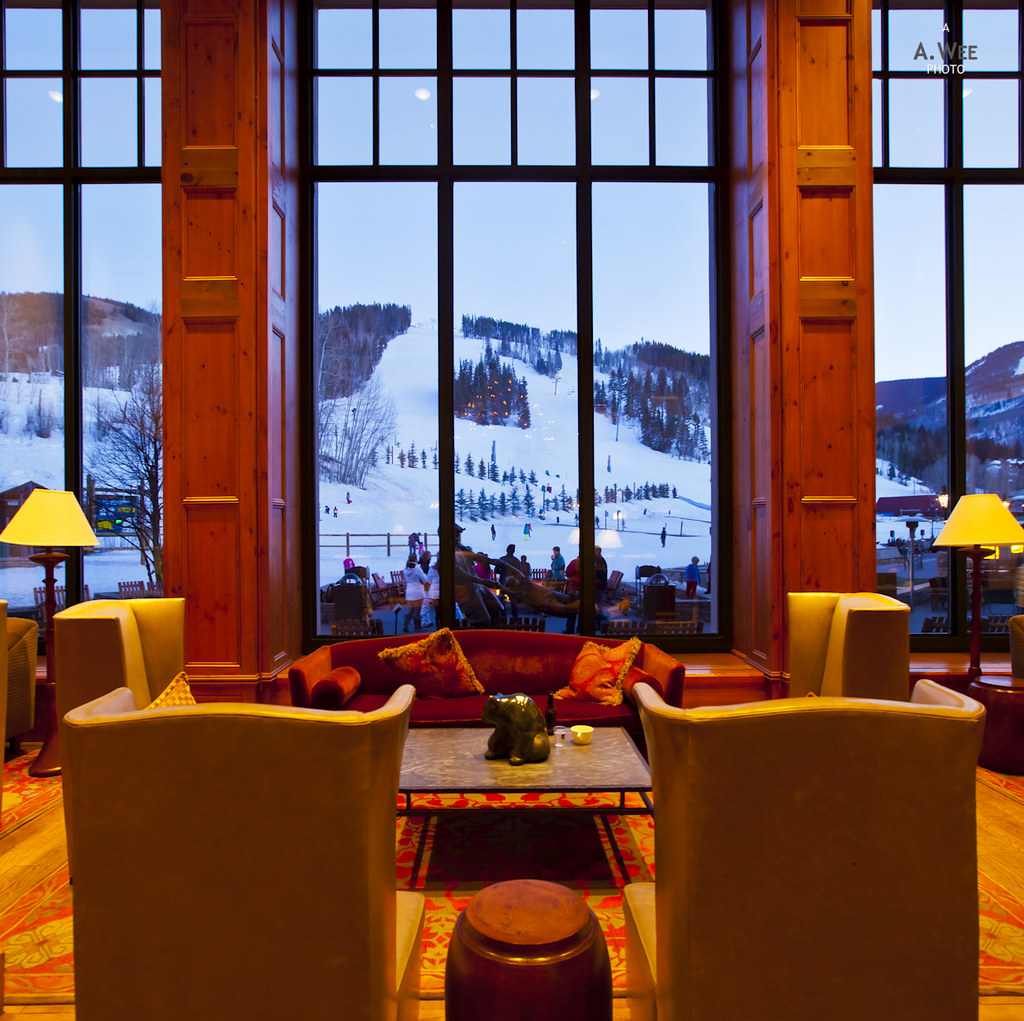 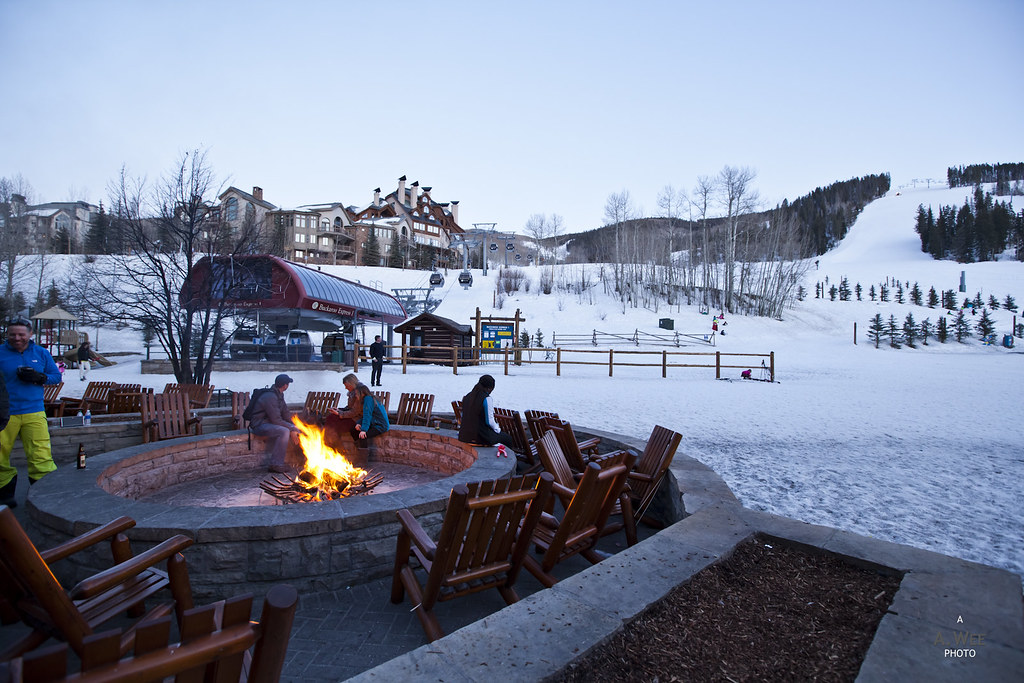 Fireplace by the slopes
See more

This is a return from a spring skiing trip in Colorado last Spring time (2014), where I flew to Aspen and returned via Vail/Eagle. EGE is a much larger airport than Aspen and thus able to accommodate even larger jets like the 757, though this is a short flight to Denver where I took another flight back to Vancouver via Seattle. Not much in terms of inflight service hence the neutral rating. But the views when flying these routes are marvellous!