By TerryYong 6553
Published on 1st March 2016
This would be a short trip report of my recent weekend stint to Kuala Lumpur. Flights up and back were booked on Malindo and Tigerair at very reasonable prices.

Checked in at Terminal 3 an hour prior to the Friday evening departure. Would be trying Malindo's economy class this time round, after having flown on their Business Class just a month back. 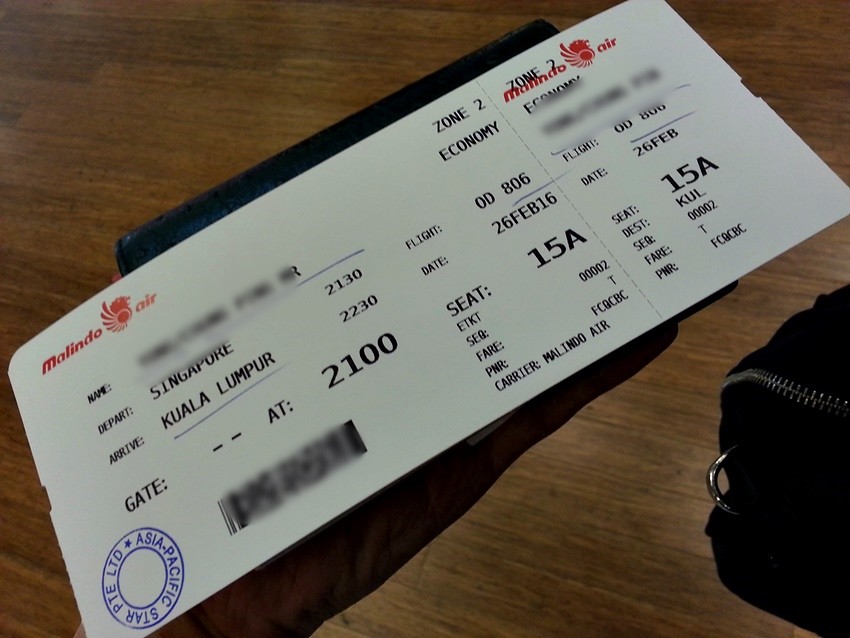 Departure gate at B3. 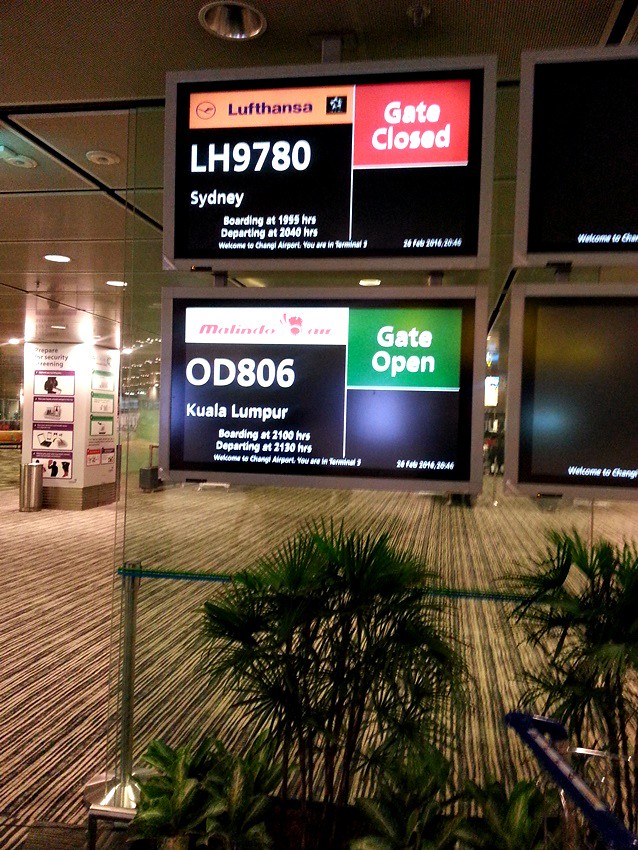 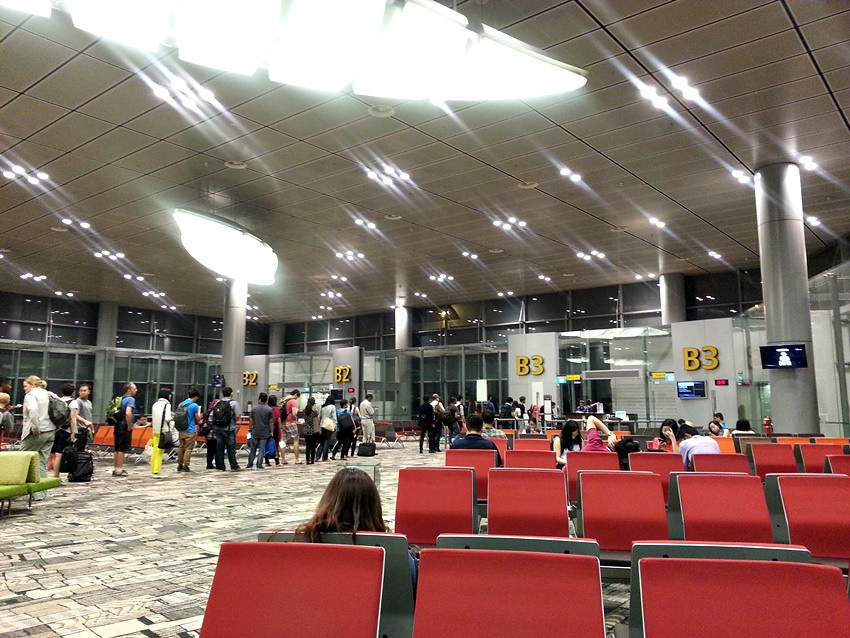 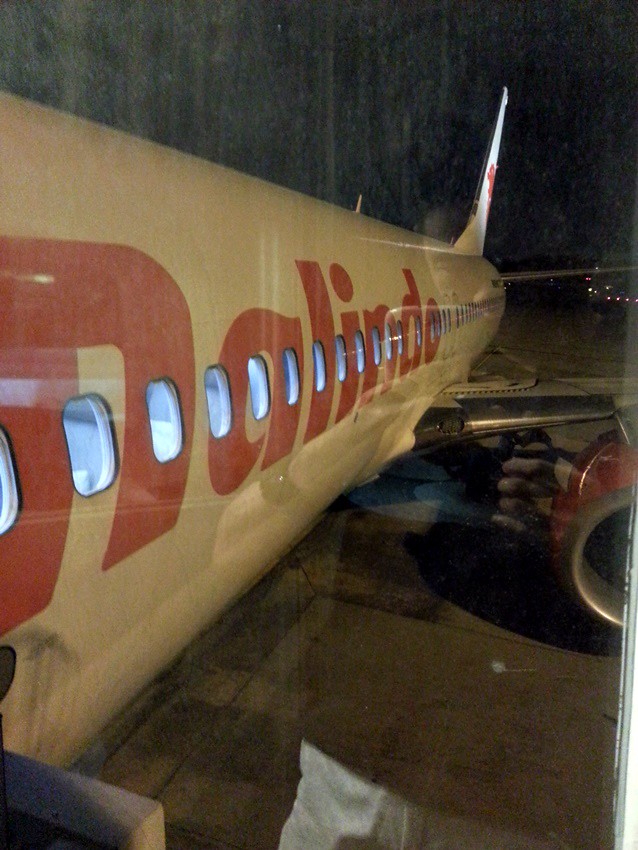 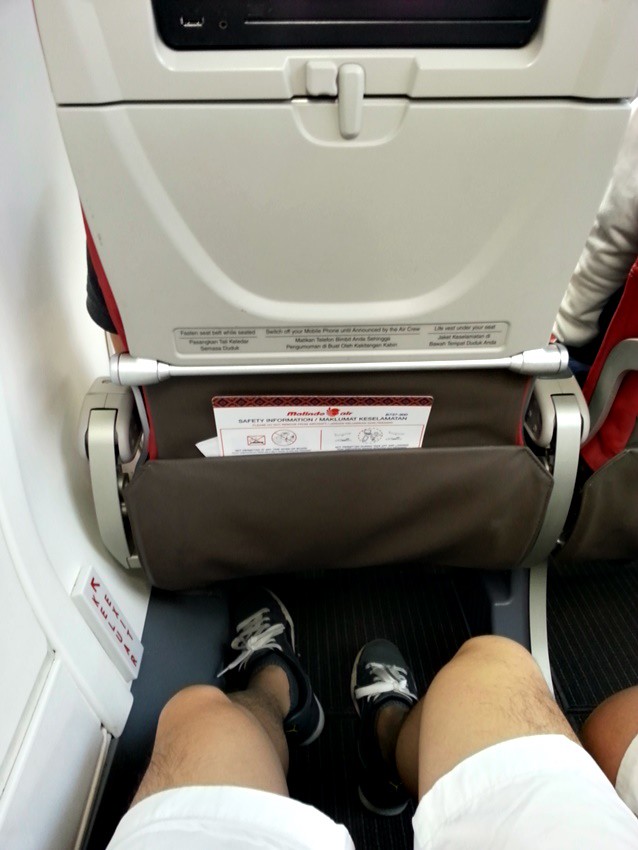 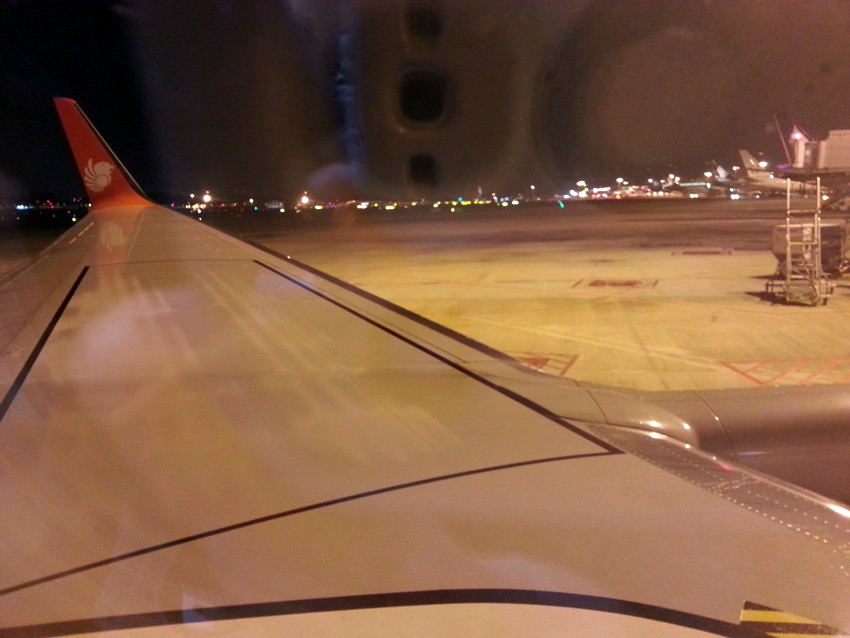 Boarding in progress. IFE system was already activated, which you can enjoy using your own earphones. 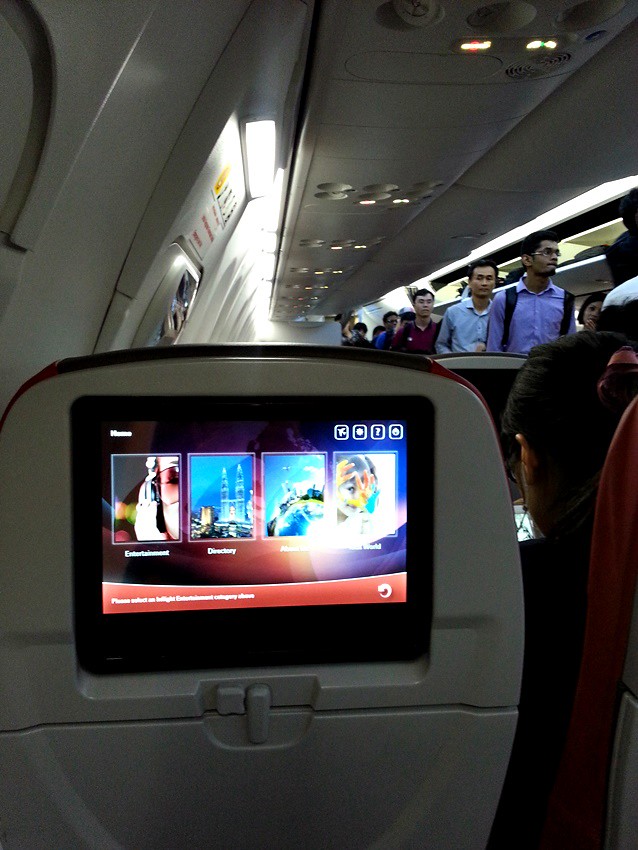 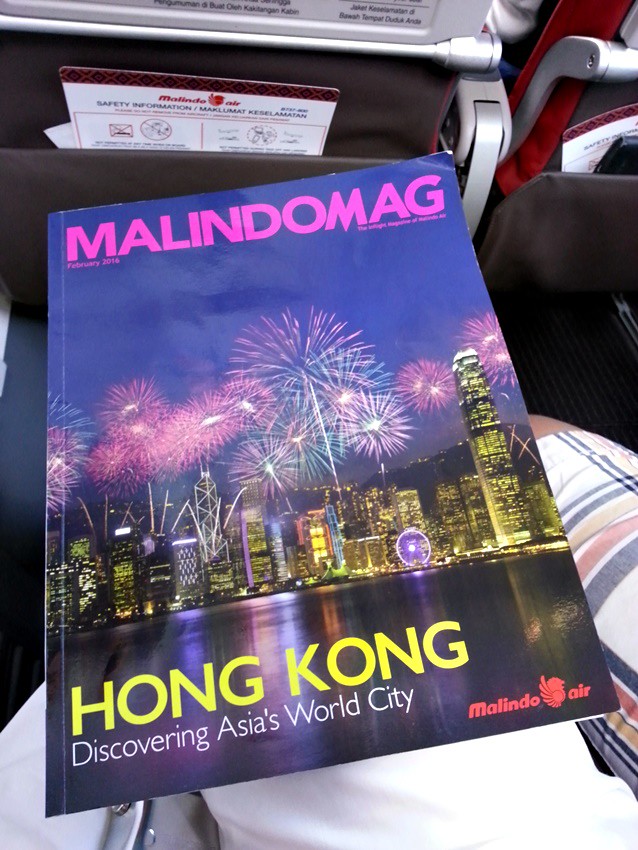 Boarding almost completed. However pushback was slightly delayed due to a missing passenger. Note the rather large and clear touchscreen IFE screens in Economy. 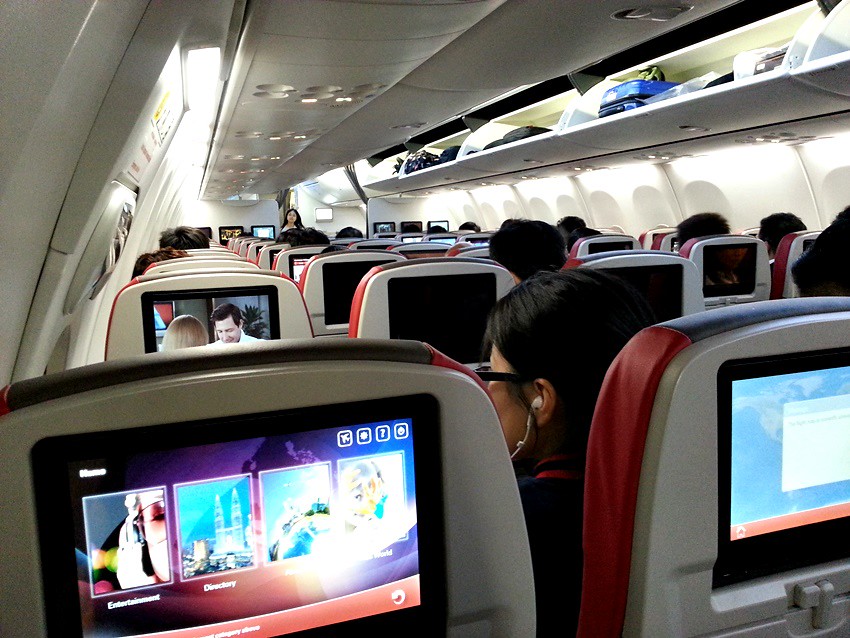 
Taxi to Rwy02C. Due to congestion, the taxi to the runway took almost as long as the flight itself! 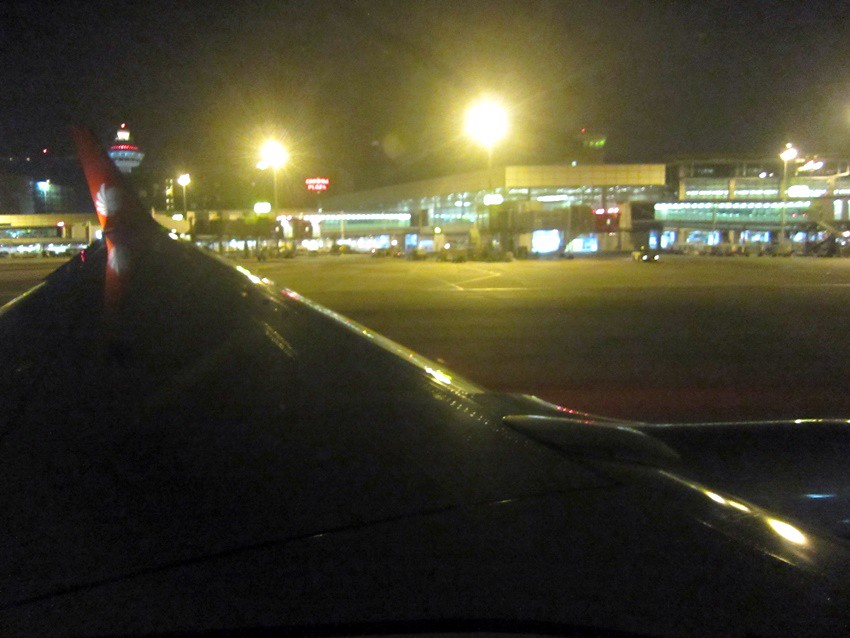 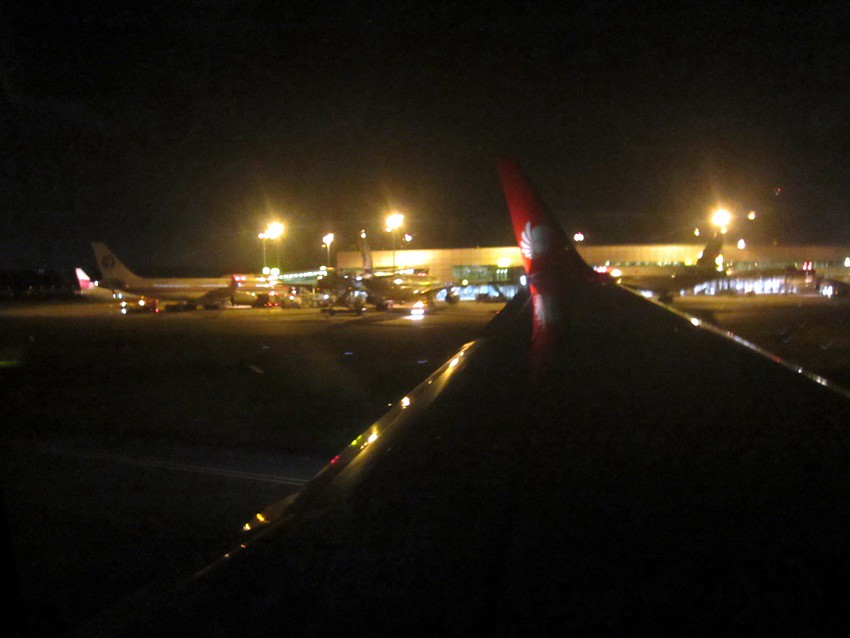 
Climbing out of Changi. 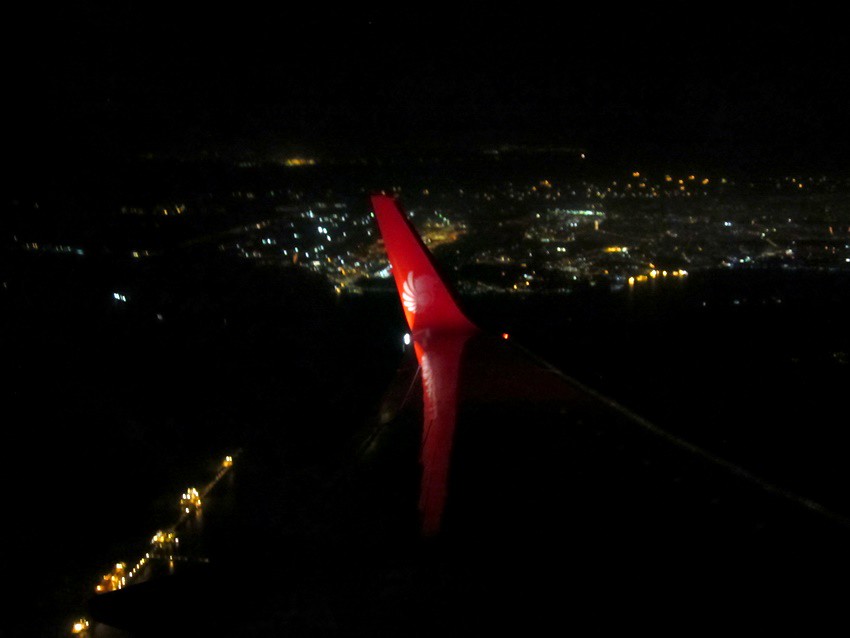 All IFE selection, including movies, were available. The selection was definitely not the most updated. 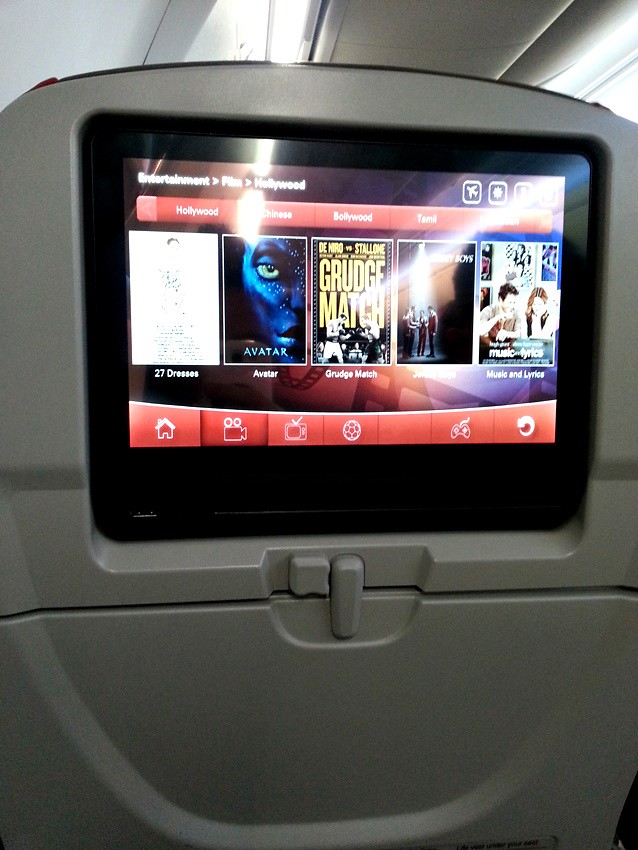 Seatbelt signs turned off and with no time to spare, crew came down the aisle with a trolley to distribute refreshments. Economy class was rather full while I suspect Business Class was empty. 2 crew were conducting the service in Economy. 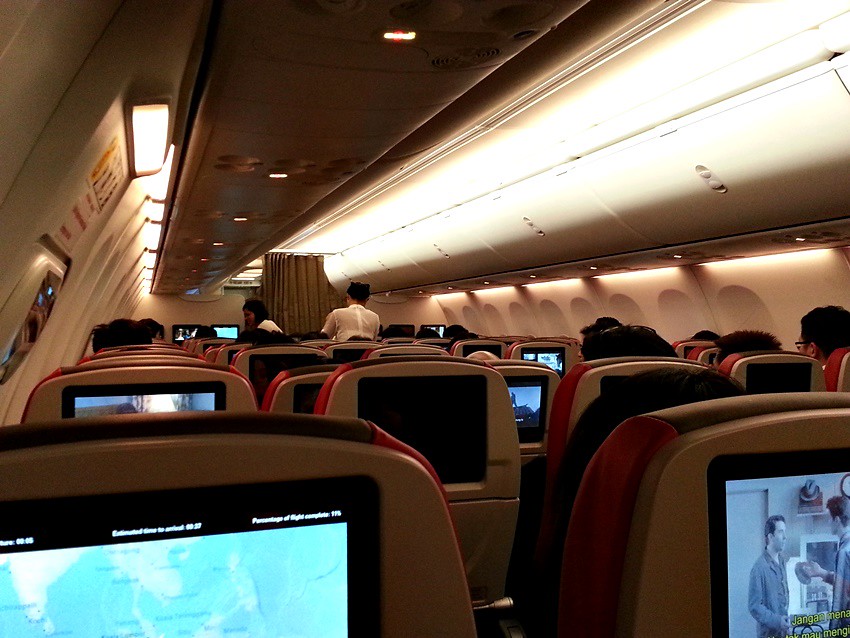 Stuck to the flightmap for my IFE. 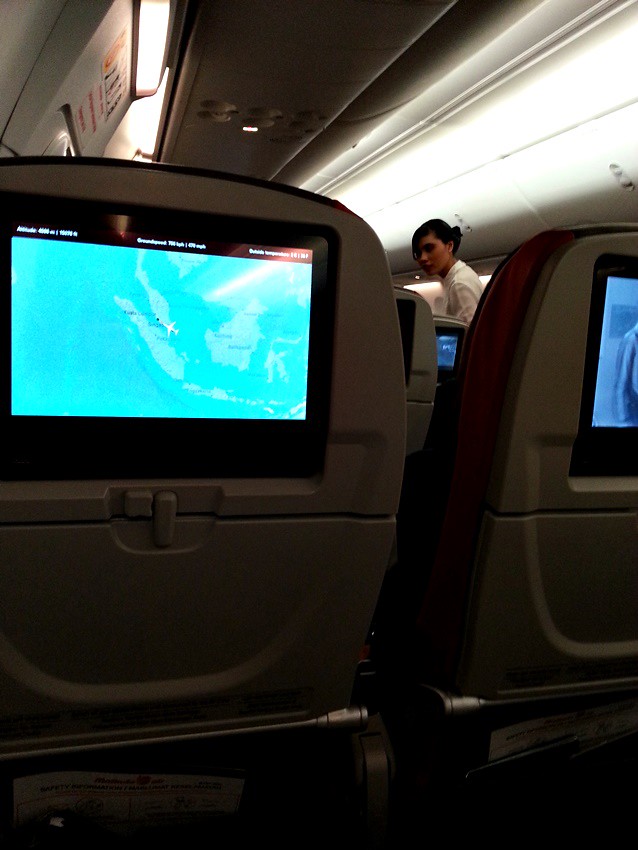 Refreshment on this very short flight consisted of a sweet bread and a cup of drinking water. This was more than what SQ/MI offers on the same route while probably charging triple the price. 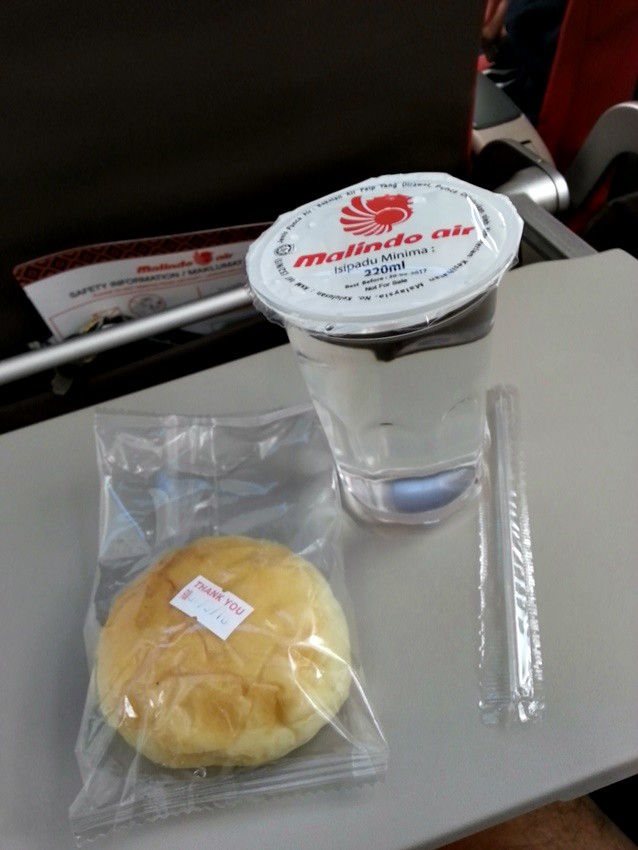 Very soon, descend commenced and cabin was prepared for arrival. 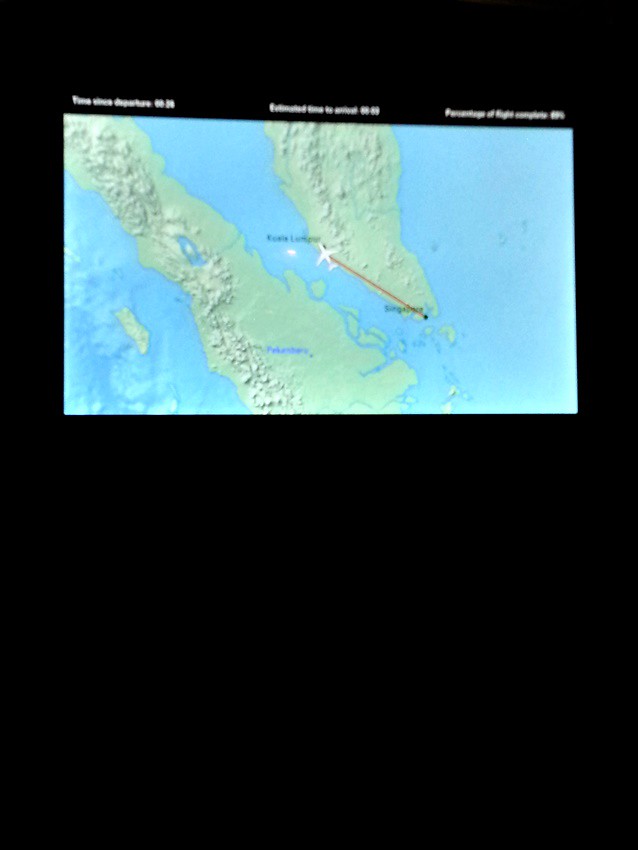 
Even with the late departure due to long taxi, we arrived on schedule. I believed this was my shortest SIN-KUL flight ever flown, with a flight time of exactly 30min from takeoff to landing. This was even faster than my 10km bus ride from home to airport! Conversely, the return KUL-SIN sector would be my longest ever flight on the route.

Parked at KLIA2. Our parking position was an obscenely long walk (15min brisk walk or 30min slow stroll!!) to immigration. 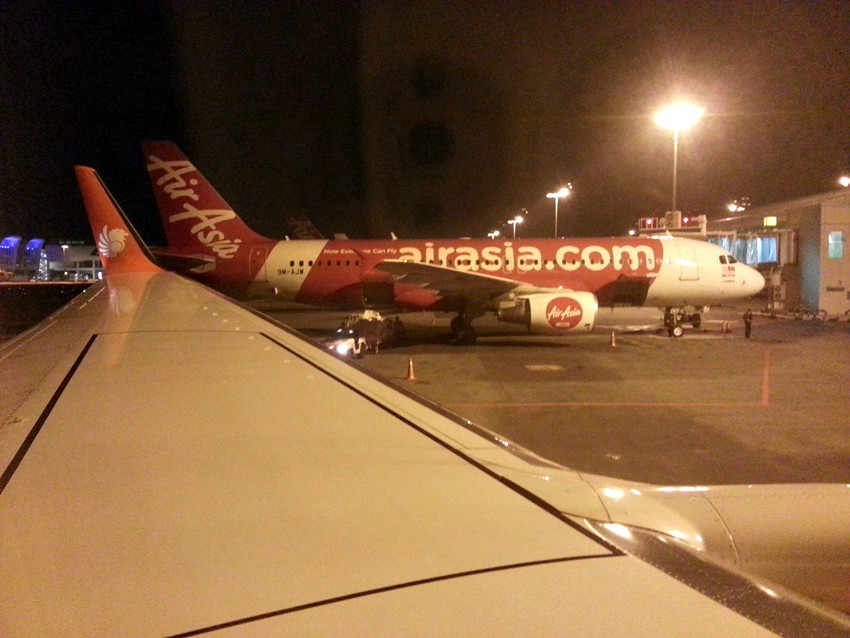 After the late evening exercise of walking the entire KLIA2 and an hour bus ride to KL Sentral, I checked into Aloft KL Sentral, a rather new hotel managed by SPG group and a part of the W chain. It was a very pleasant 2 nights stay at this contemporary-designed hotel. 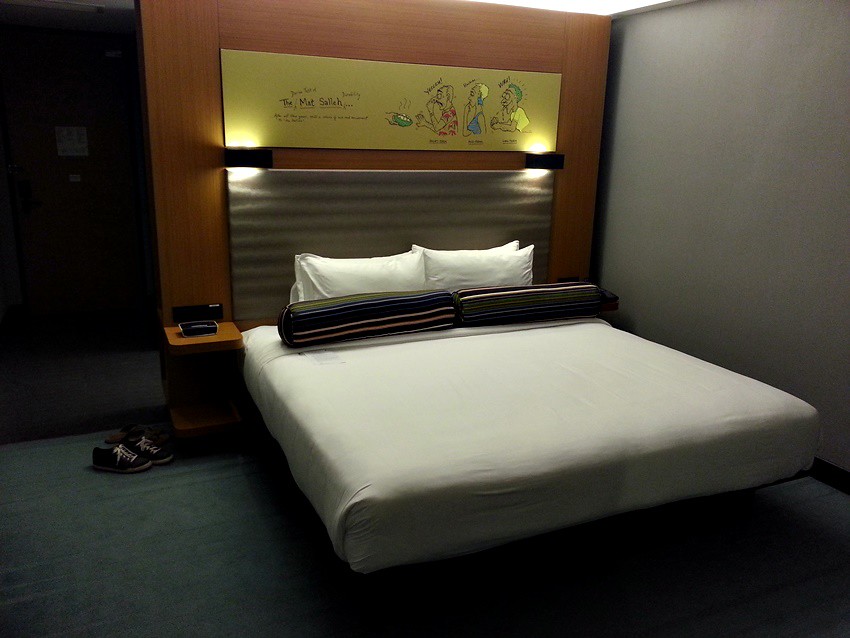 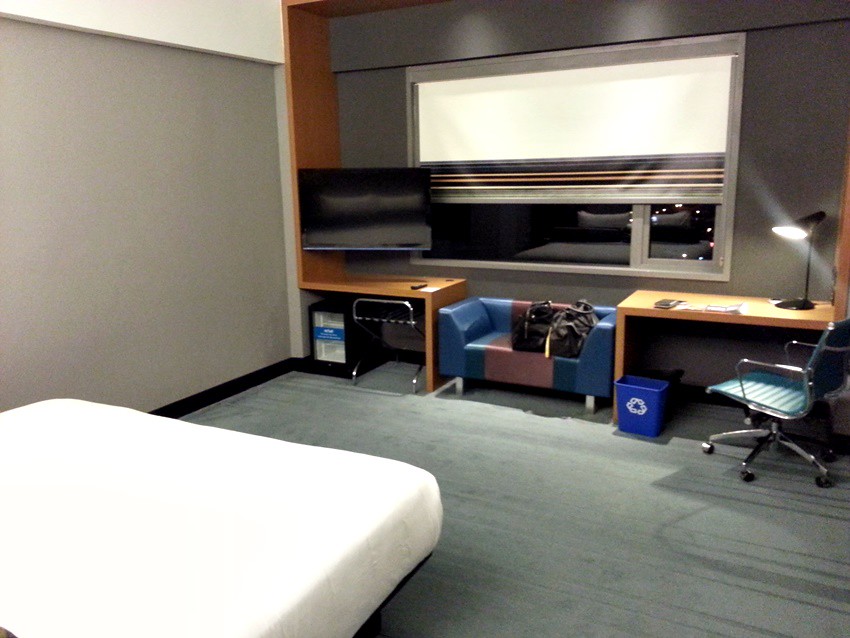 Main purpose of the weekend getaway is to have a culinary tour, and that was what I did! 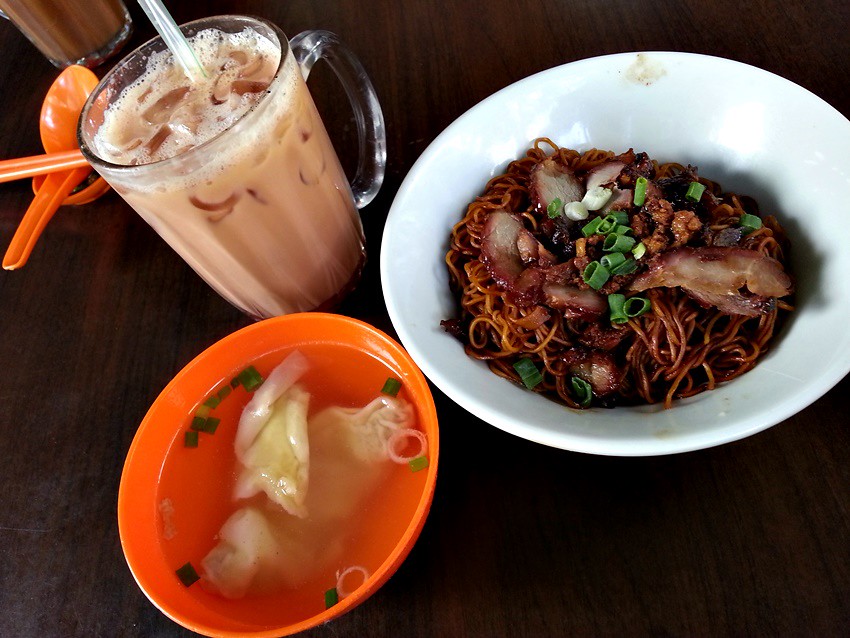 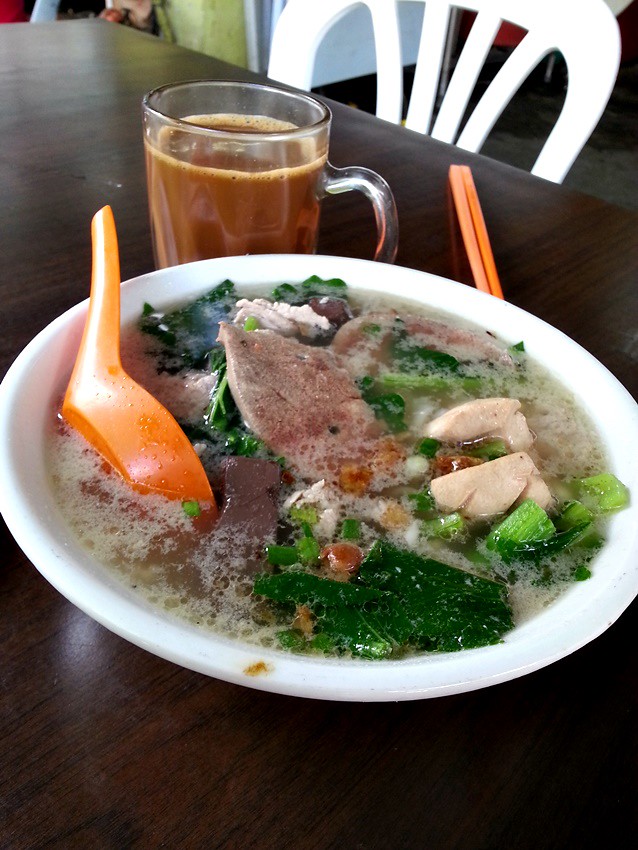 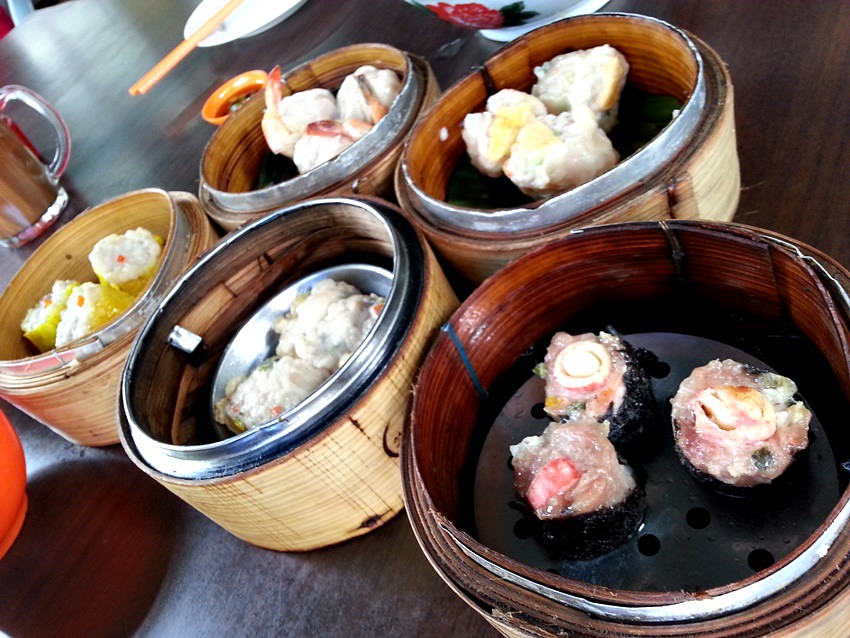 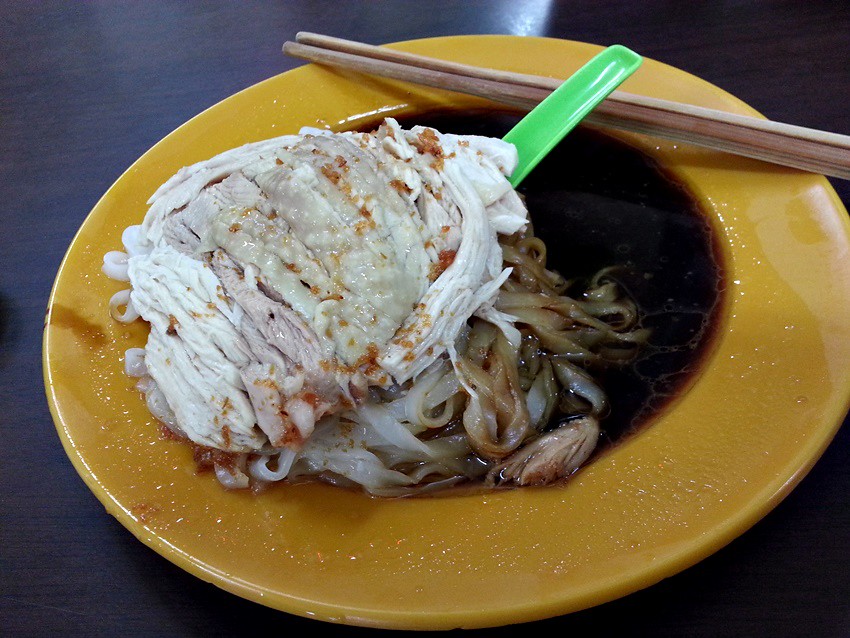 A short but very satisfactory flight on Malindo. With the price of the airfare even lower than budget airlines, I was very impressed with the frills provided by Malindo on this short sector, which even rival the full-service carriers.

The contributors of Flight-Report published 51 reviews of 8 airlines on the route Singapore (SIN) → Kuala Lumpur (KUL).