#75 out of 142 Airlines A minimum of 20 Flight-Reports is required in order to appear in the rankings. 35 reviews

By TerryYong GOLD 811
Published on 9th October 2016
On the trip back to the airport, I took the Airport Bus from KL Sentral, which is a 55min ride to KLIA. Reached the airport by 6pm for the 7.40om flight. Checked in at the Internet check-in counter which had no queues. Newspapers were available at each counter for yours to take. 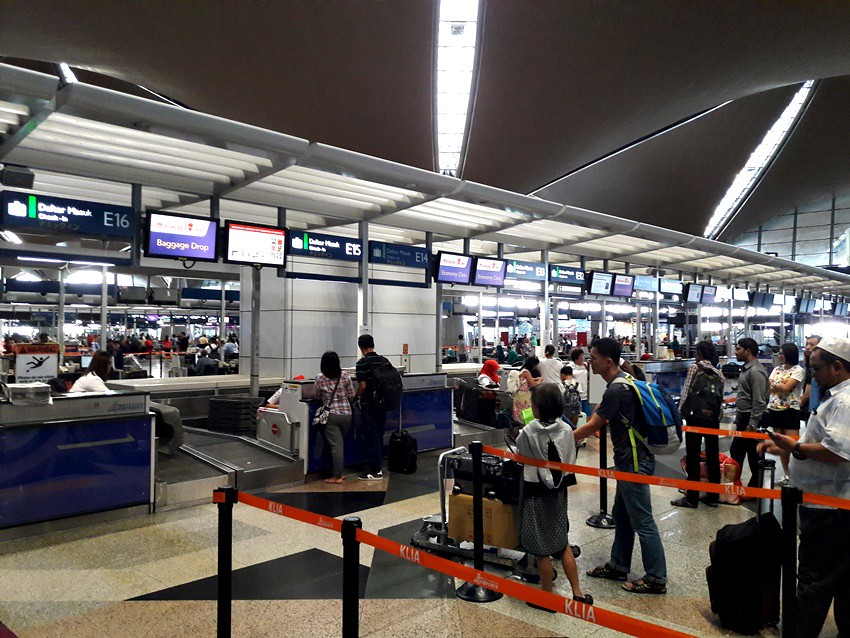 Boarding pass issued. Apparently the flight was retimed by 10min late due to late arrival of the aircraft from Langkawi. 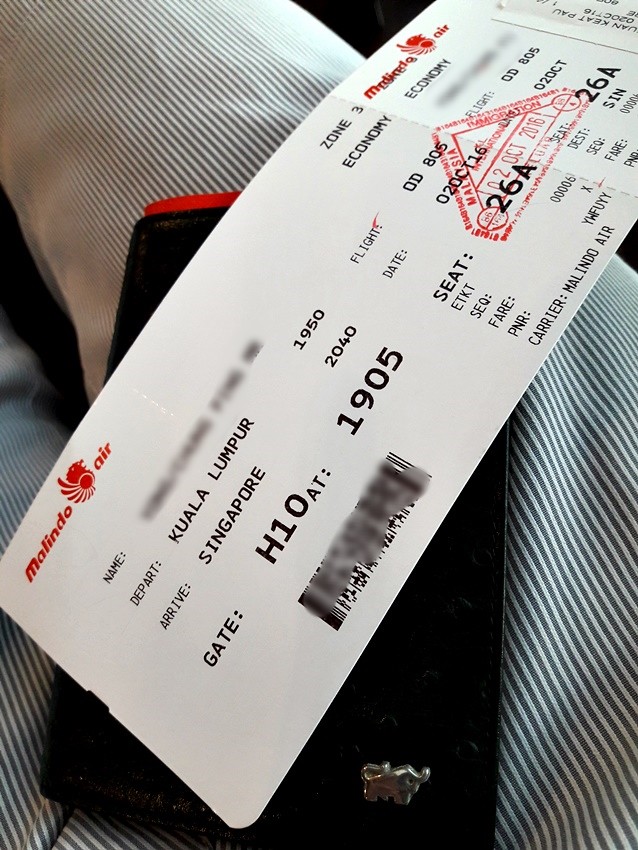 As it was still early, we decided to grab some dinner at Old Town White Coffee restaurant. The eatery also offers nice views of the tarmac. 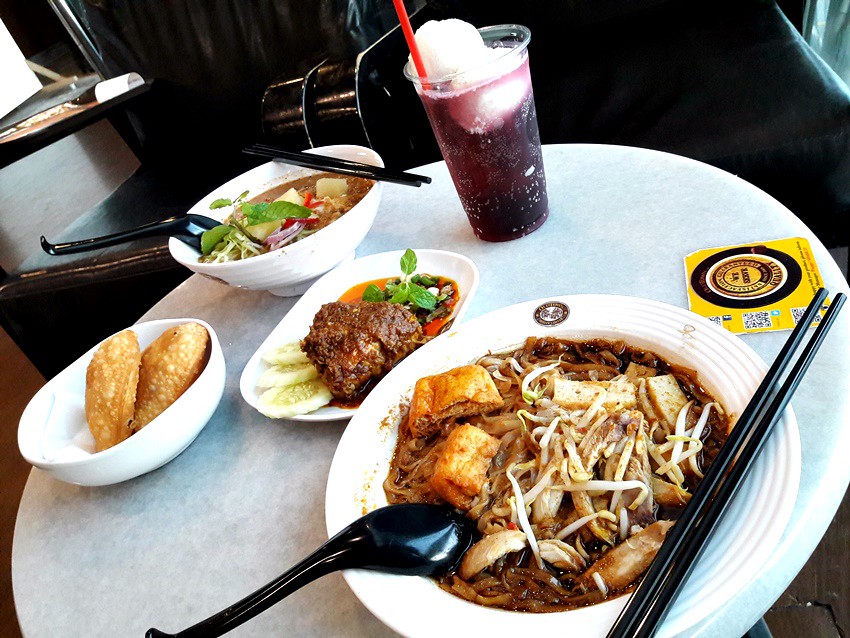 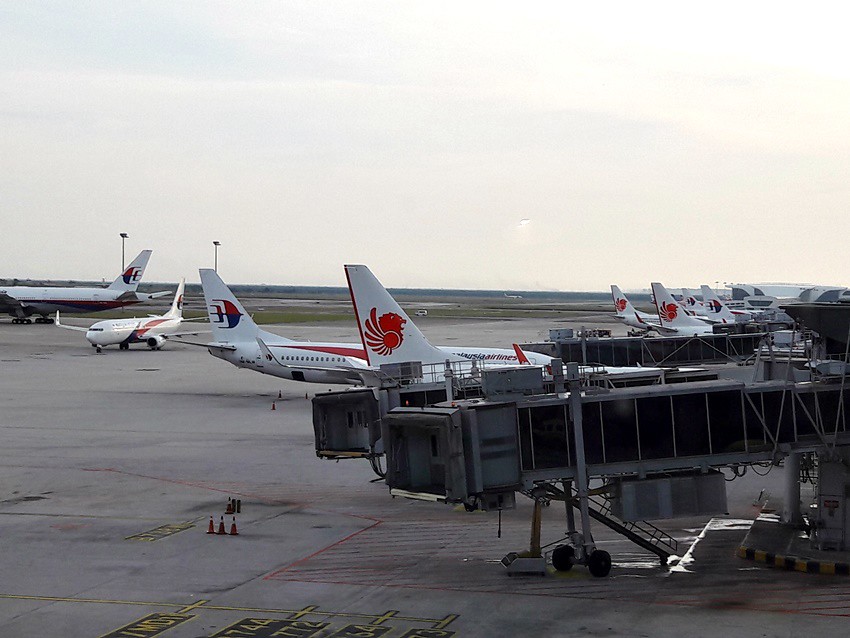 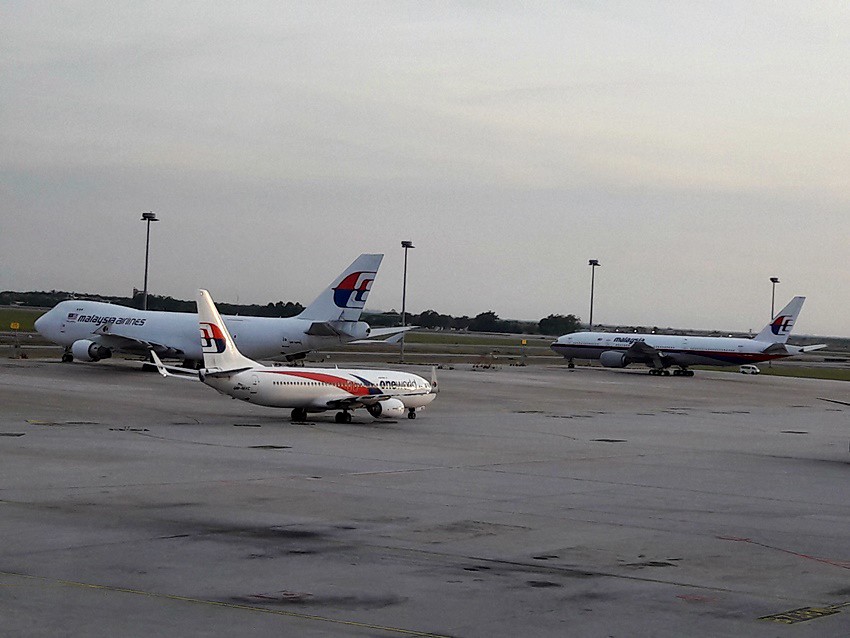 Proceeded to the gate at 7.20pm, where security screening for the flight had just started. The flight was further retimed to 8.15pm due to the late aircraft arrival from the previous sector. 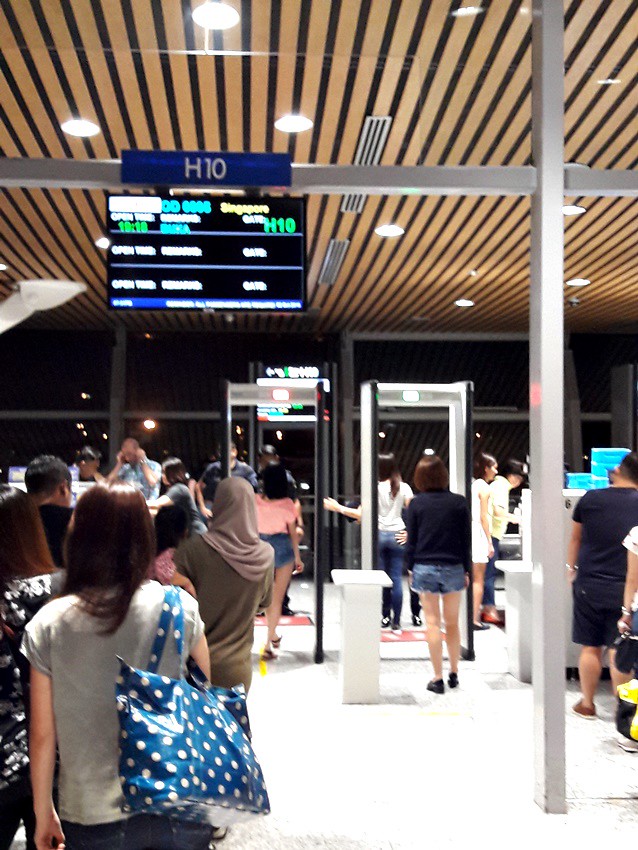 Aircraft being serviced for the flight. 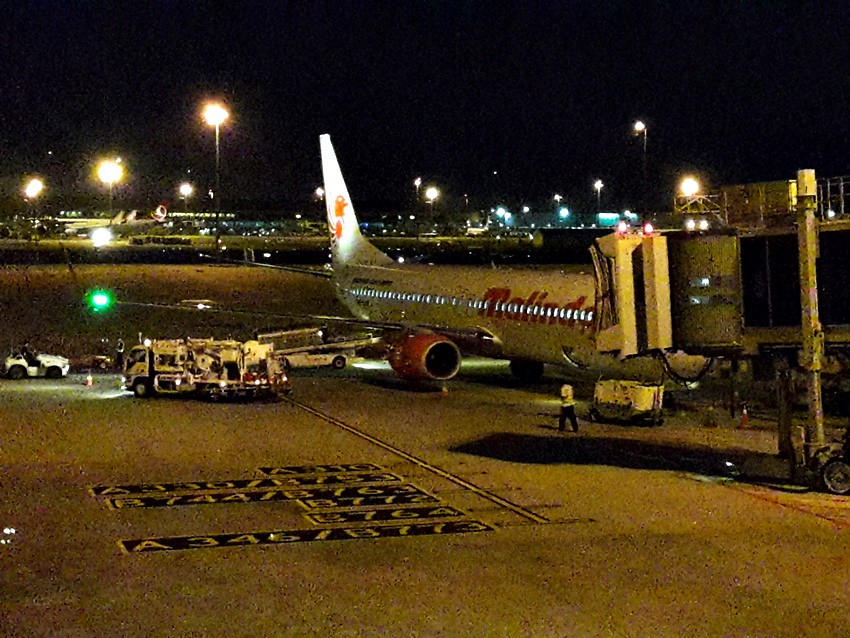 
Boarding was called at 8.10pm, 30min pass the STD. Entered the aircraft cabin and surprisingly, pillows were placed on every seat, which was not available on the previous flight. The seats on the B738 were also newer than the B739ER, with bigger IFE screens and new interface. However, seat pitch was slightly less at around 32". 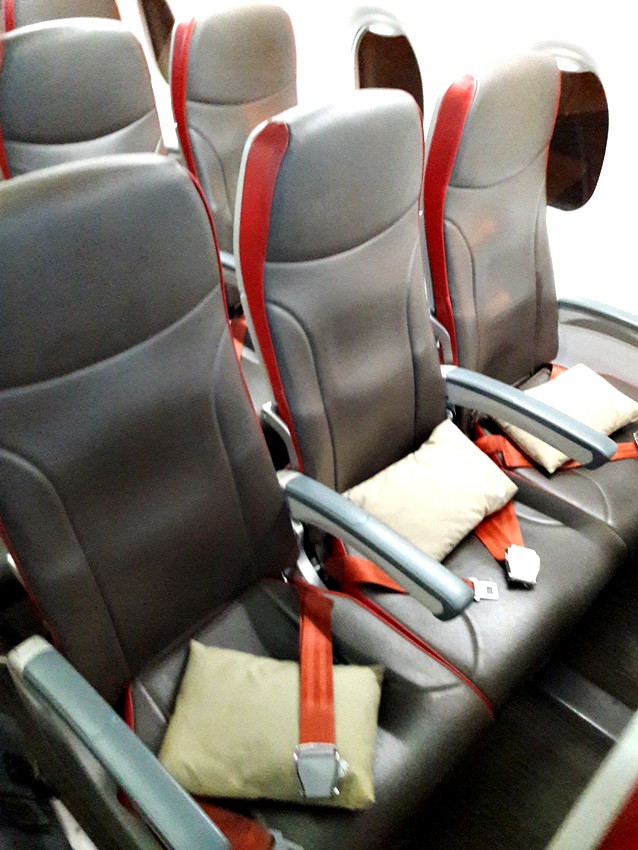 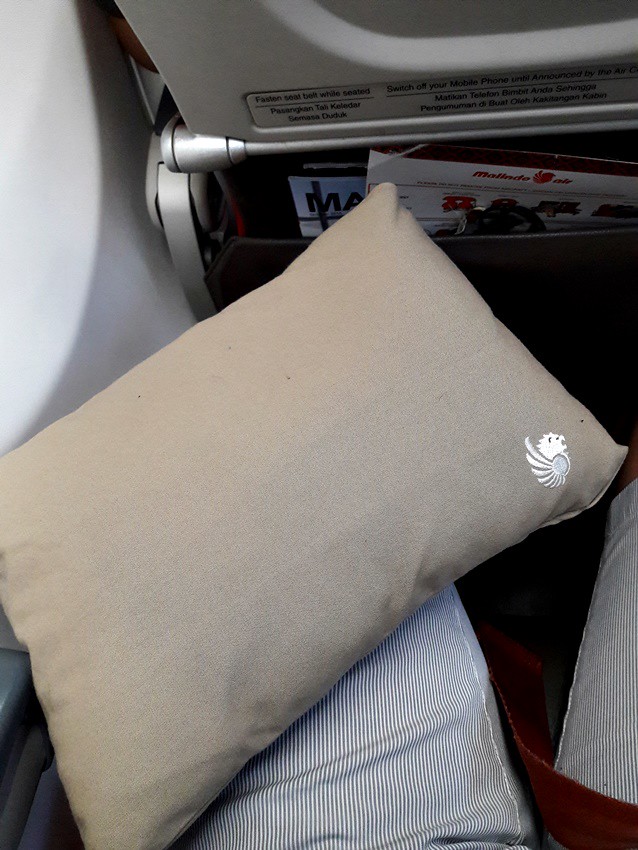 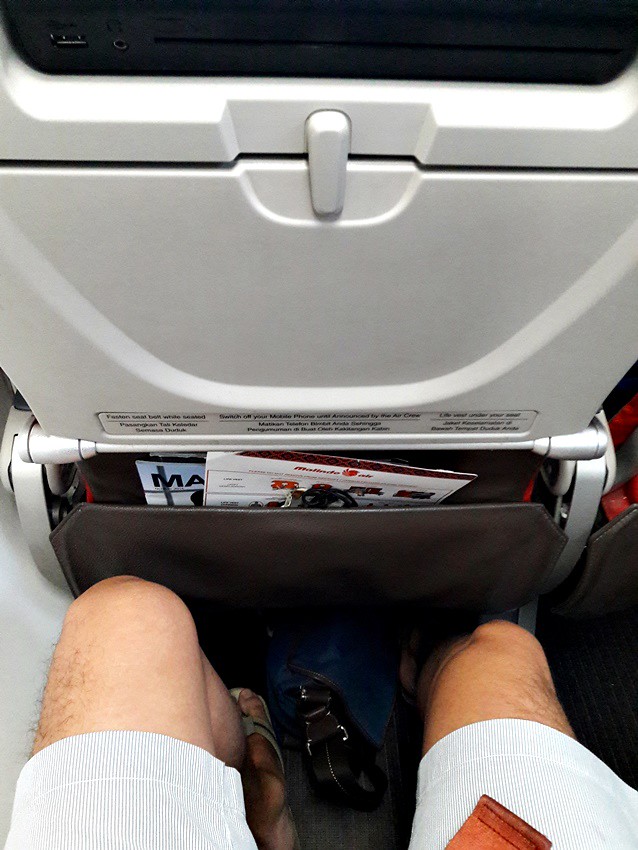 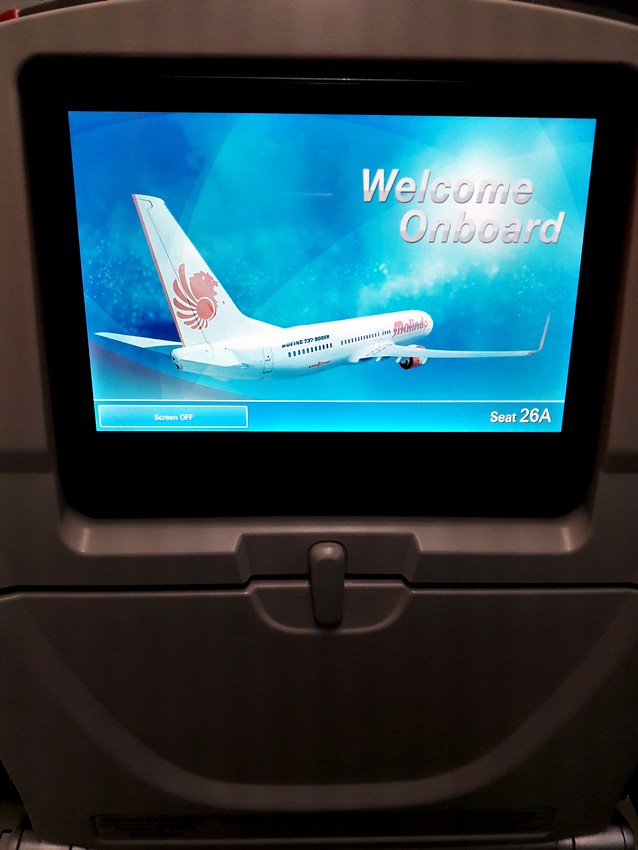 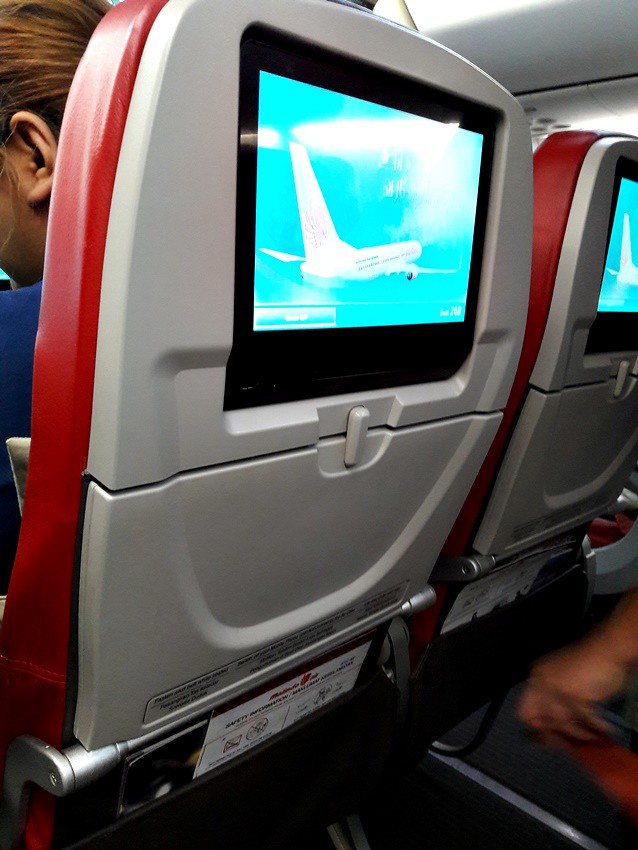 New issue of inflight mag for the month of Oct. 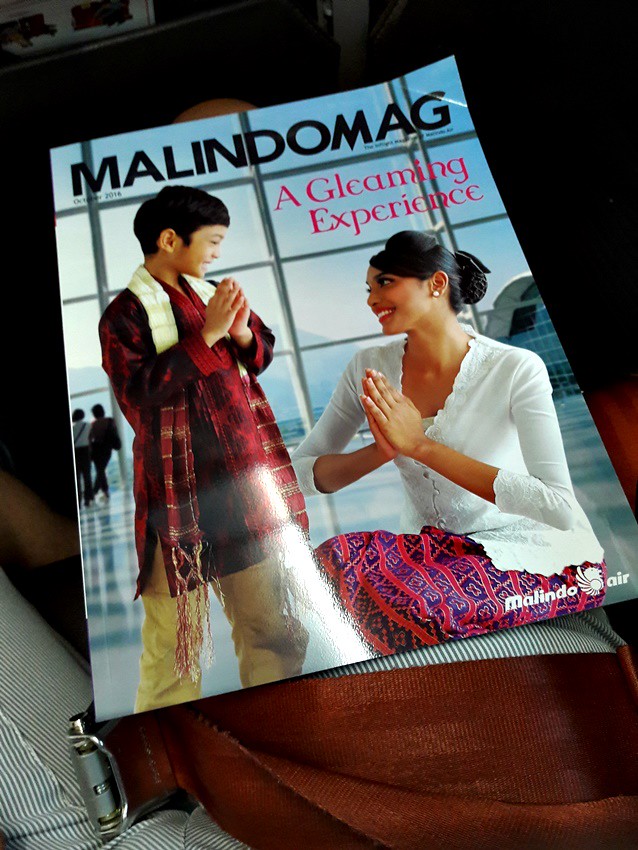 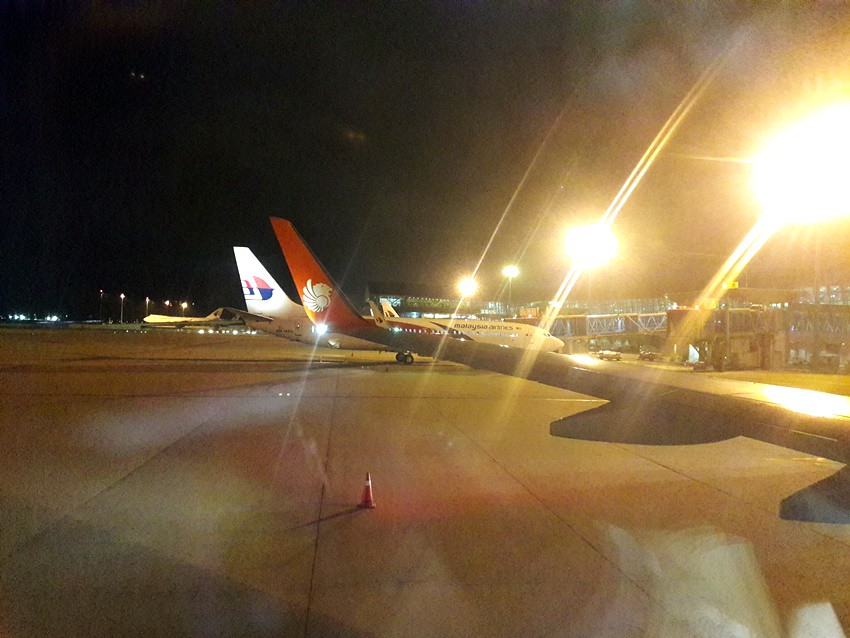 With the cabin crew's proactive assistance, boarding was completed efficiency for the almost full flight. Captain also apologised for the delay due to the late arrival of the previous sector. 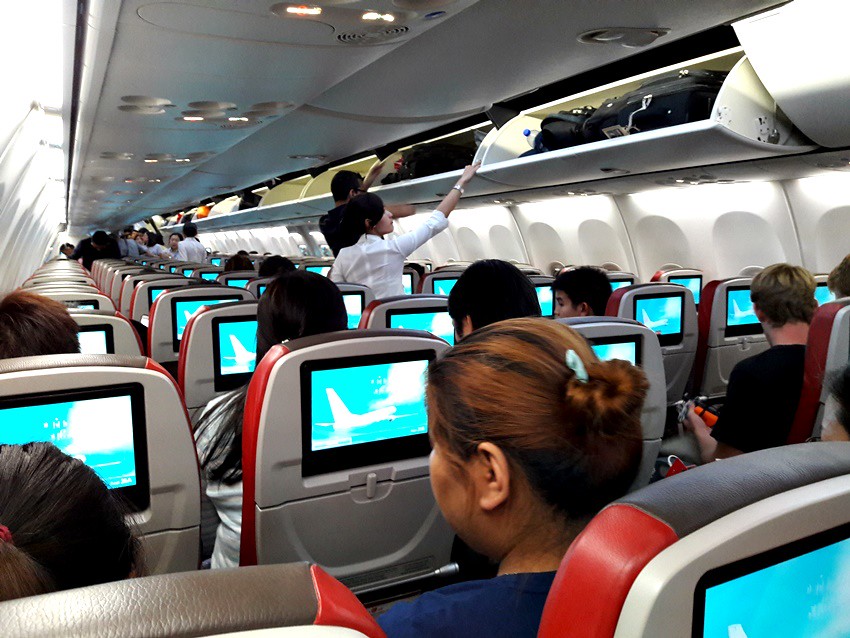 Safety video played as we pushed back 45min behind schedule. 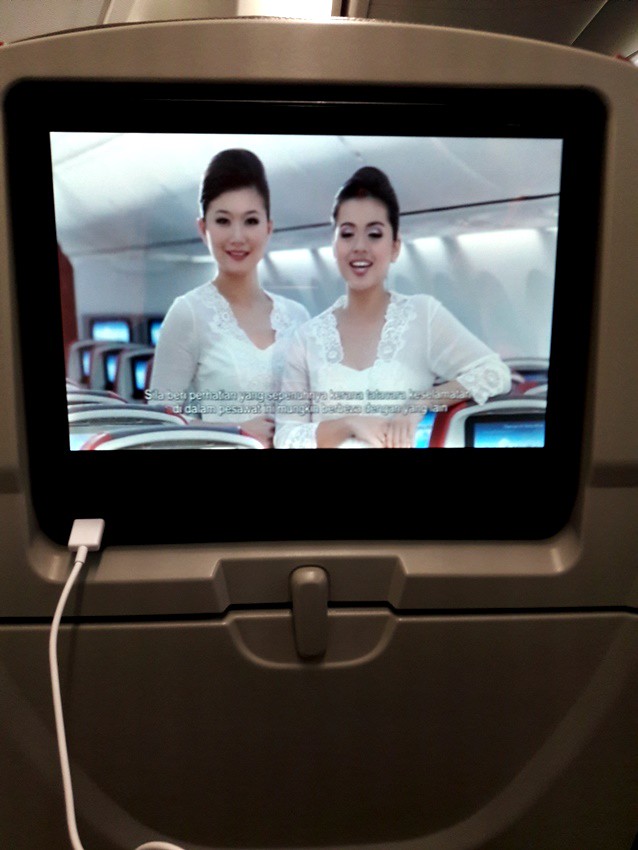 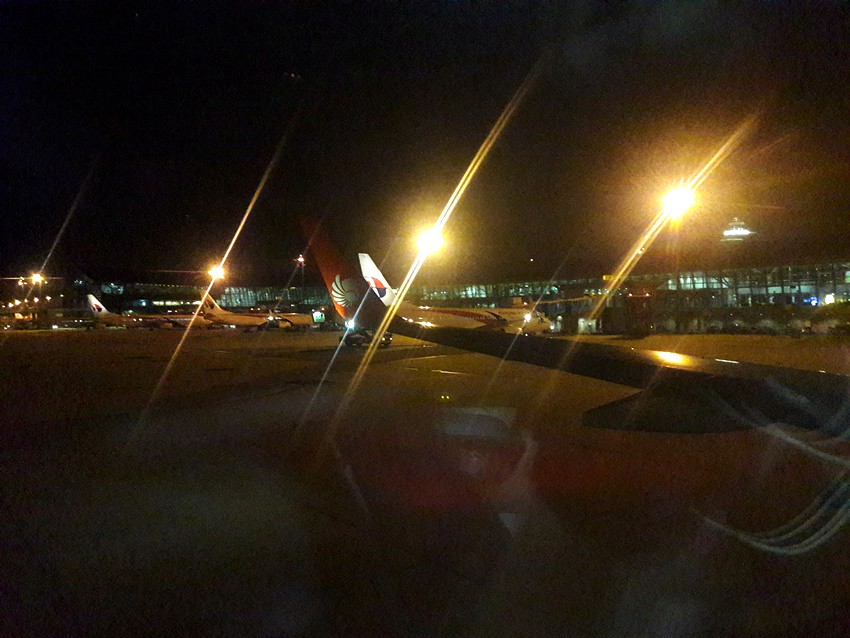 It was a short taxi to Rwy32L as we started the takeoff run from the mid-section of the runway to save some time.


Climbing away from KLIA. 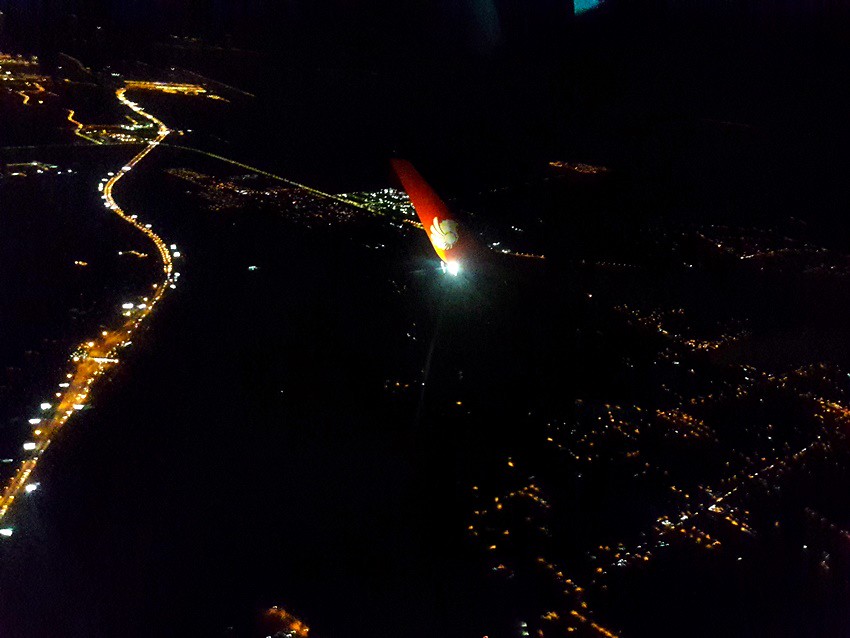 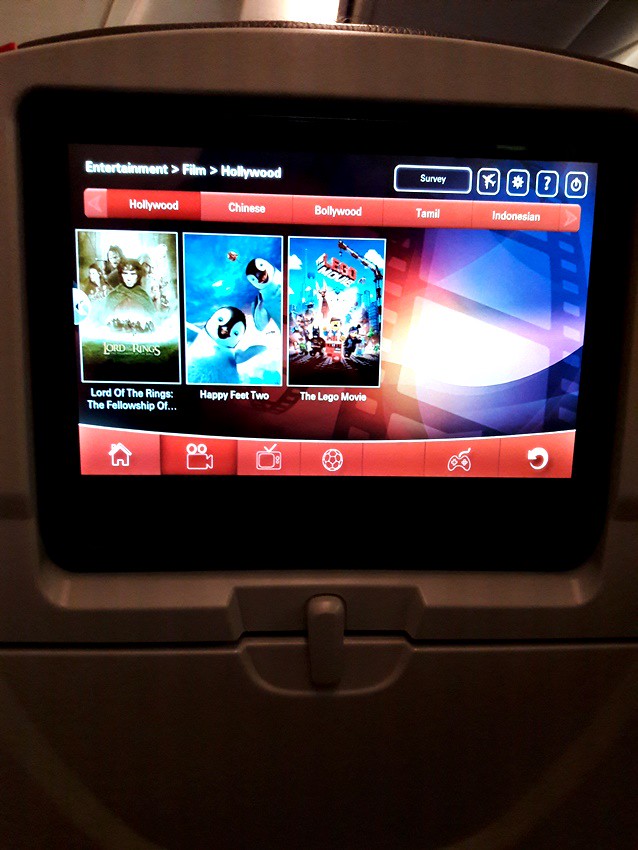 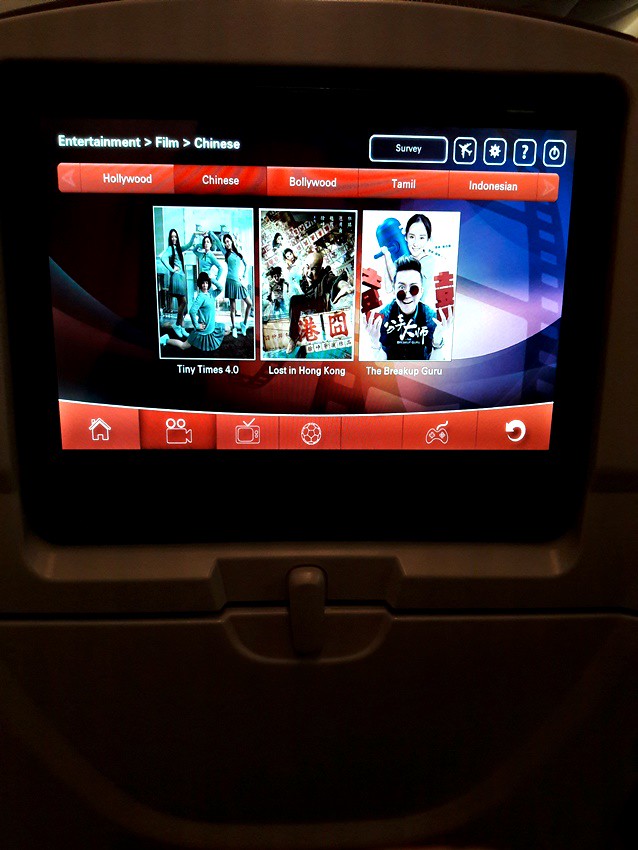 Refreshment service commenced immediately. Similar to the incoming flight, mini-muffins were handed out, and the crew are glad to give you more if requested. Orange juice or water was also offered subsequently, with seconds also offered if requested. 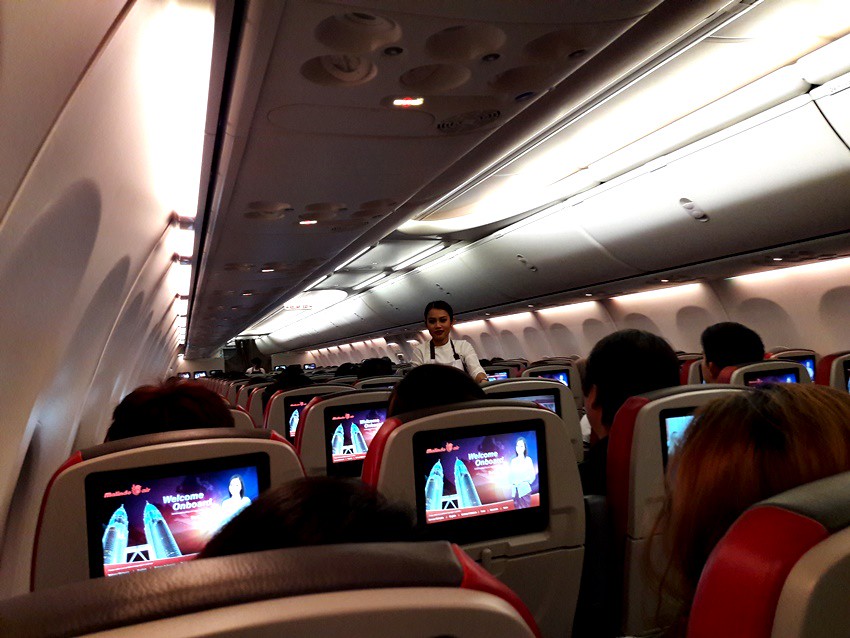 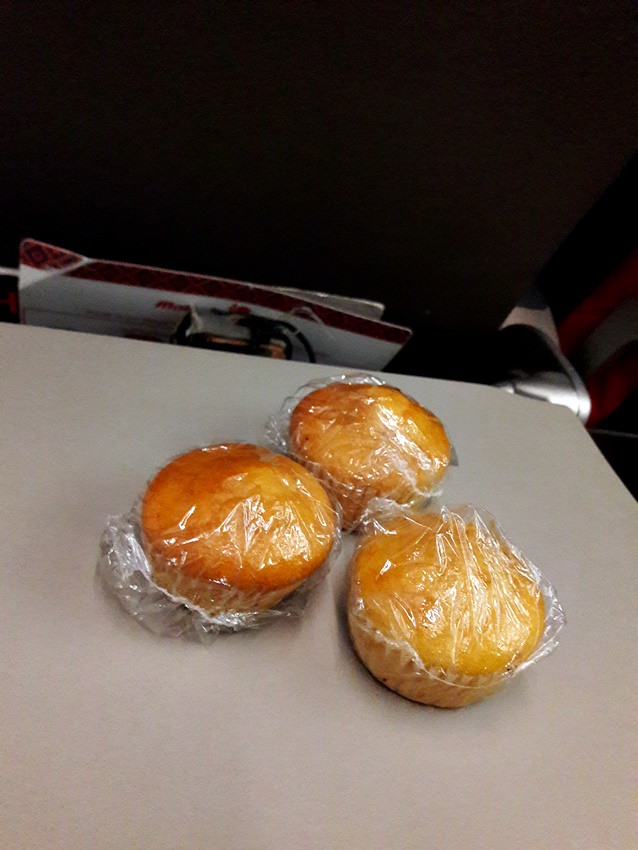 Visit to the lavatory, which was equipped with just the necessary amenities, but clean. 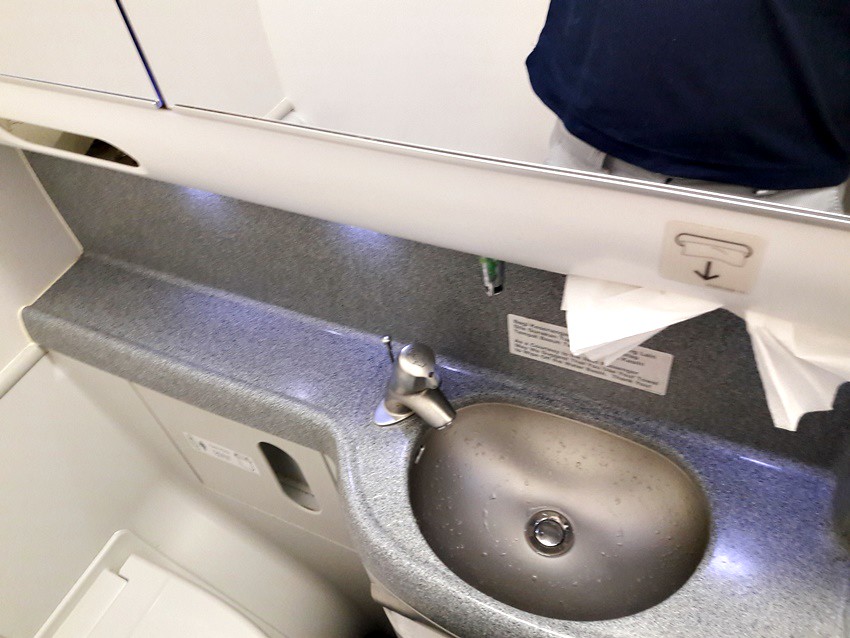 View down the aisle with crew in action. 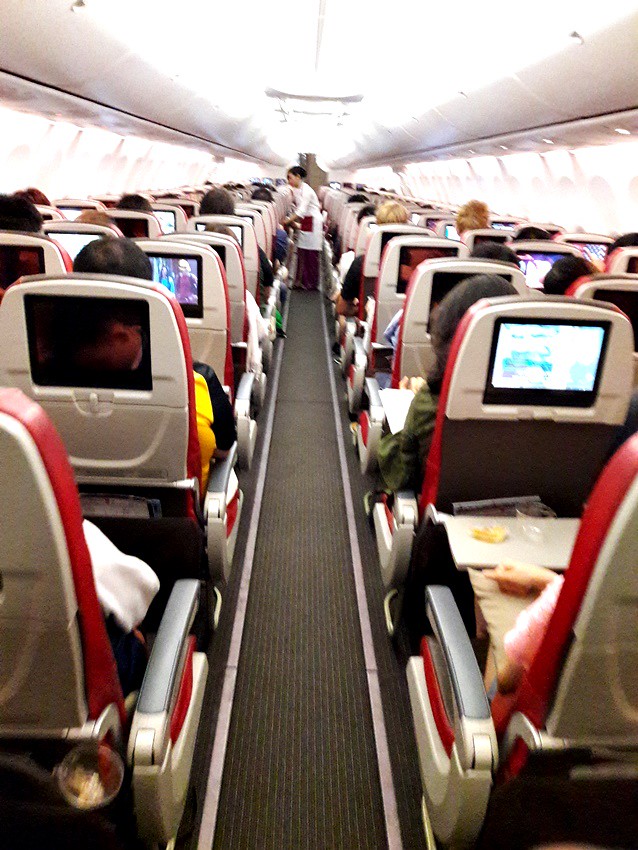 Our flight path. We managed to slash some flight time due to ATC providing a vector across Johor to Changi, instead of the normal trek down south of Singapore before heading northwards to join the approach. 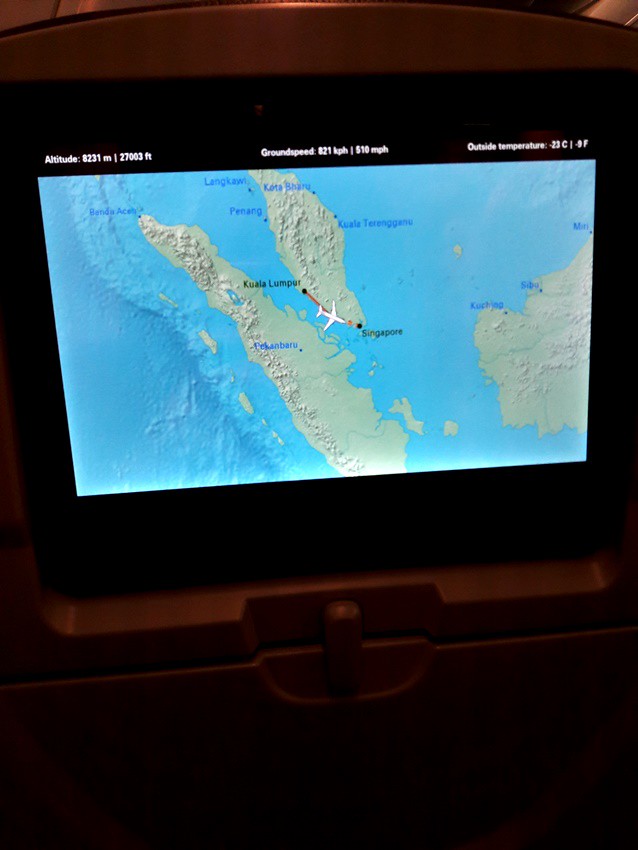 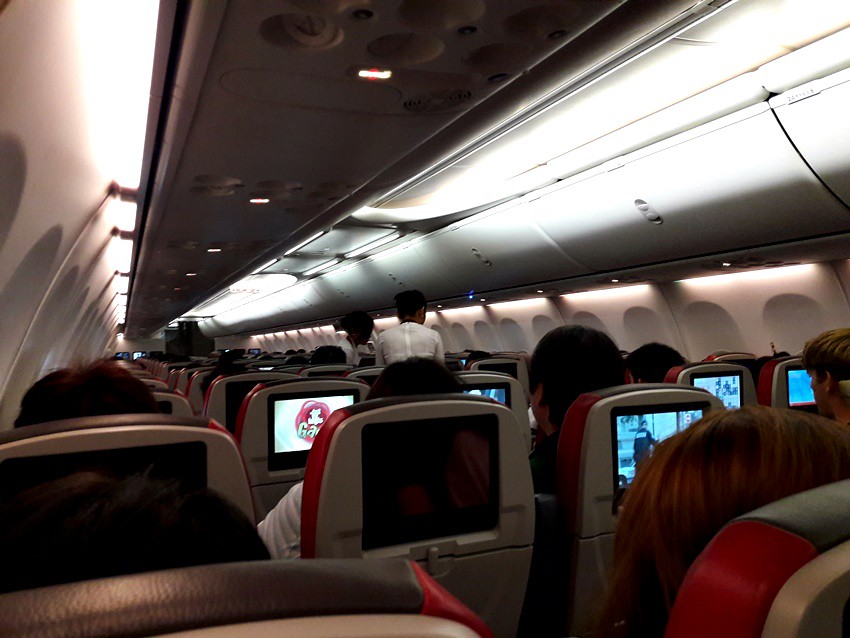 Approaching and landing on Changi Rwy20R. Arrived 35min behind schedule. 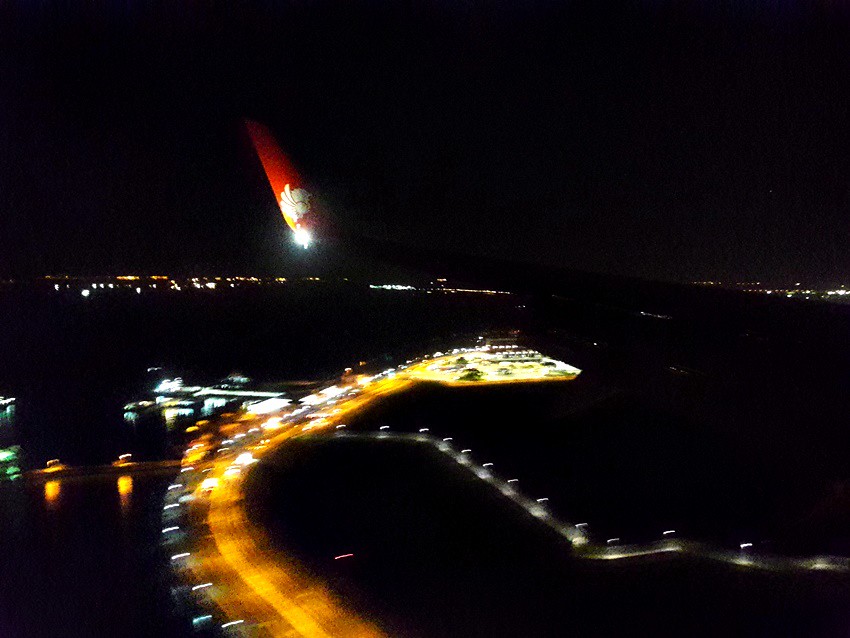 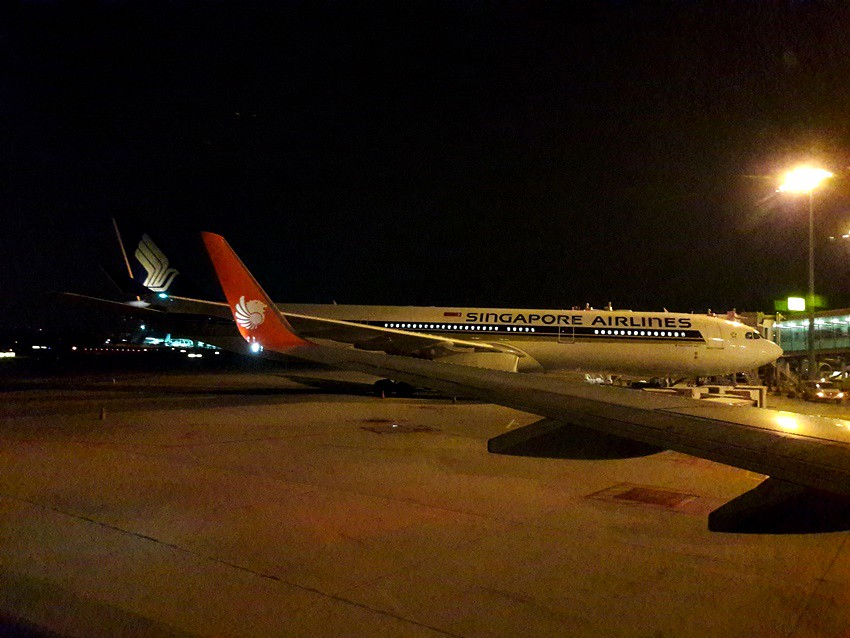 With Changi's efficiency, check-in bags were already circulating the belt when we cleared immigration.

Thanks for reading this short trip report!
See more

From flight histories, apparently this last OD KUL-SIN flight of the day is rather prone to delays due to rolling over of earlier delays. To minimise such inconveniences (luckily the delay was not too long), Malindo should revise their scheduling to prevent too tight turnarounds. Apart from the delay, Malindo has again provided efficient and great service on this short sector.