By JonathanNd 455
Published on 1st February 2017
Hello!
I would like to welcome you to this trip report covering the MEX-PTY route.
This is the screenshot including the flight details from Copa´s website. 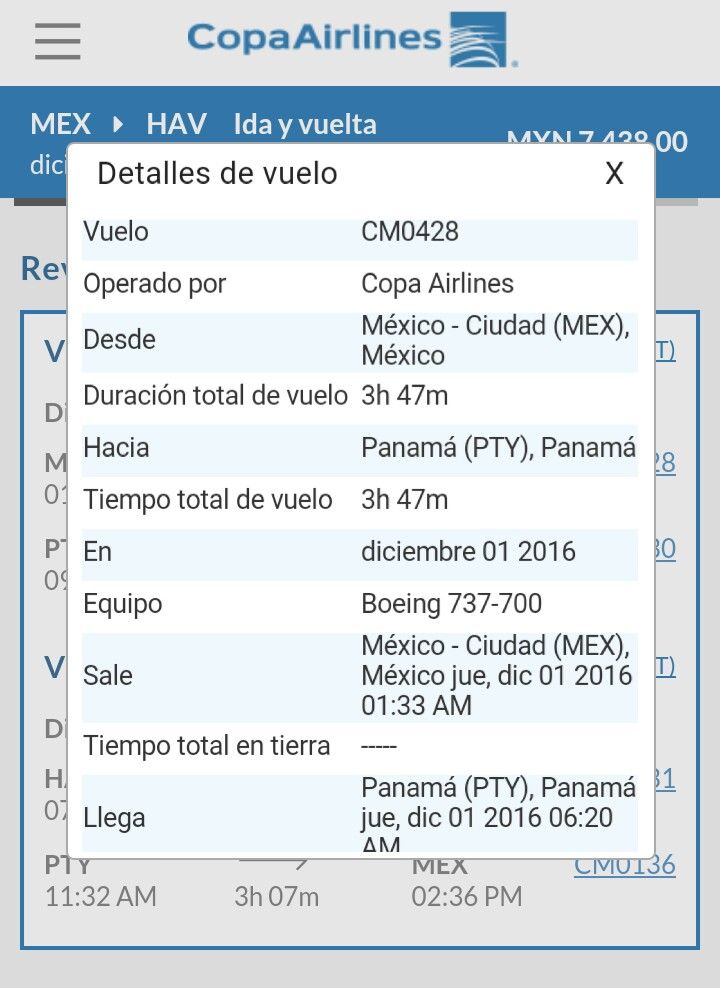 After arriving to the metro station I walked to the aerotrén that is located at T1.
Here is the entrance and at the second floor you will find the gate. 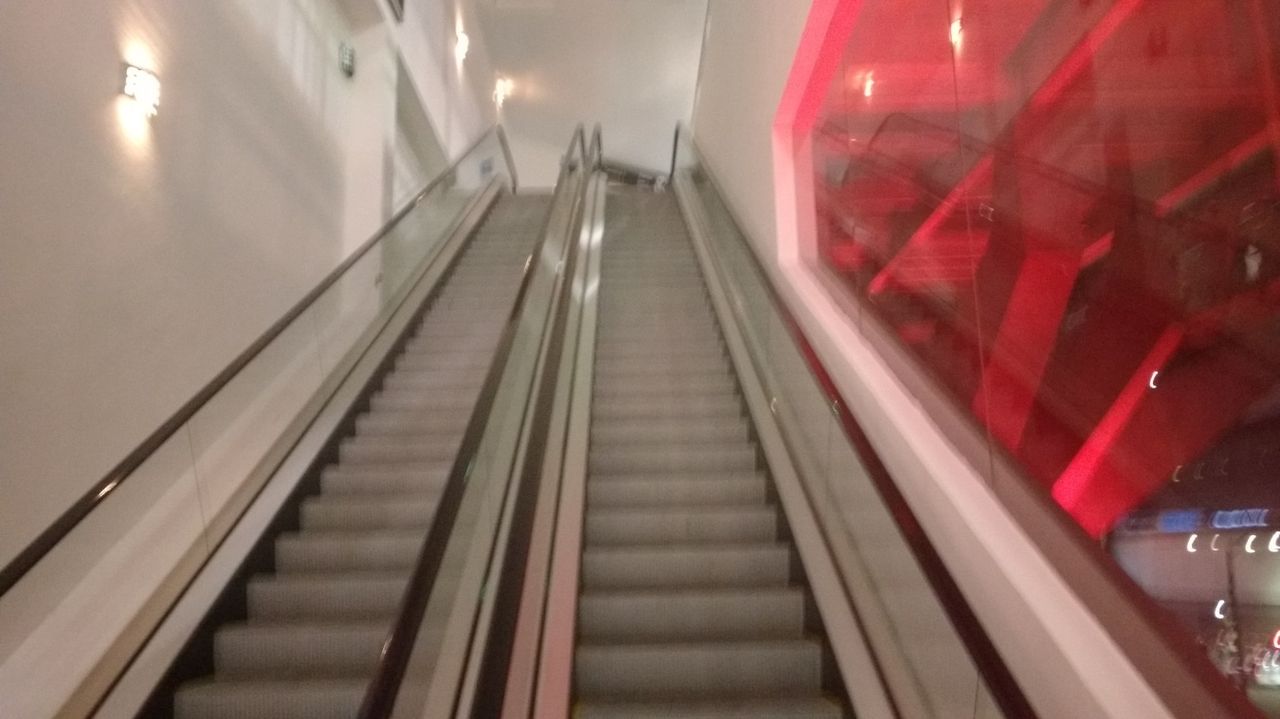 The Copa Airlines check-in counters. When I first got there, nobody was around, just the Aeromar staff, and I was not sure if I should stay there waiting so I decided a cigarette would be the best. I returned 45 minutes later just to find this queue! So at this point I was frustrated because I knew I would not have more “free time”. An agent was asking passengers about their destination, nationality, OLCI and providing tags for the baggage. Then my turn came and the agent was super nice, he requested my passport and printed the BP. He was helpful by giving some recommendations about my final destination and information about PTY, I thanked him for his help. So far this proved to be a positive experience with Copa´s ground staff in MEX. 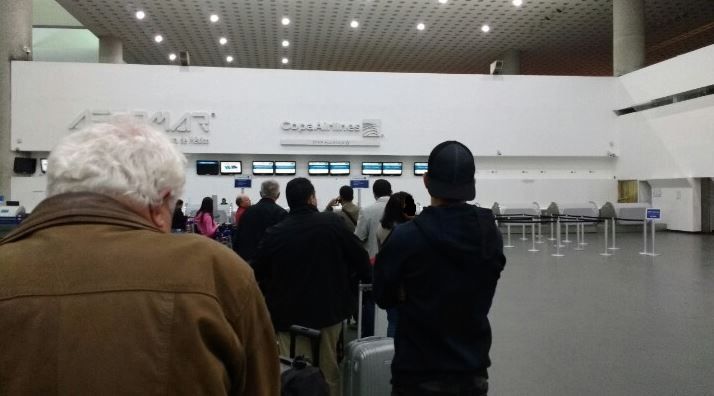 This is the original BP. It is stamped with the “docs ok” legend, later I found out that Panamanian immigration authorities are very strict regarding passports, which is why I was reluctant to present myself at the airport to proceed with the check-in; my passport expires on May 29th, and I was traveling within the six months. But everything went alright this time. 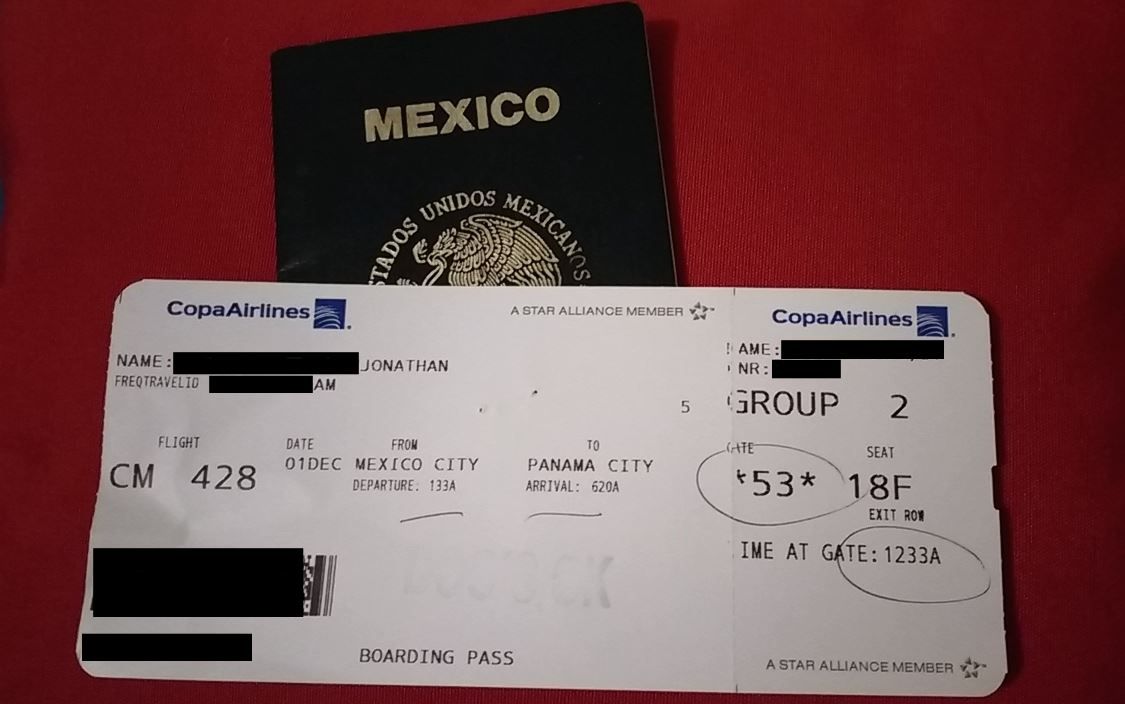 I wanted to have another cigarette and went outside. I met a Peruvian woman who was traveling to NRT by AM, so we started a nice conversation. I like the way this lobby is decorated, and especially that giant coffee cup you can find anywhere. It was time to rush to the assigned gate. 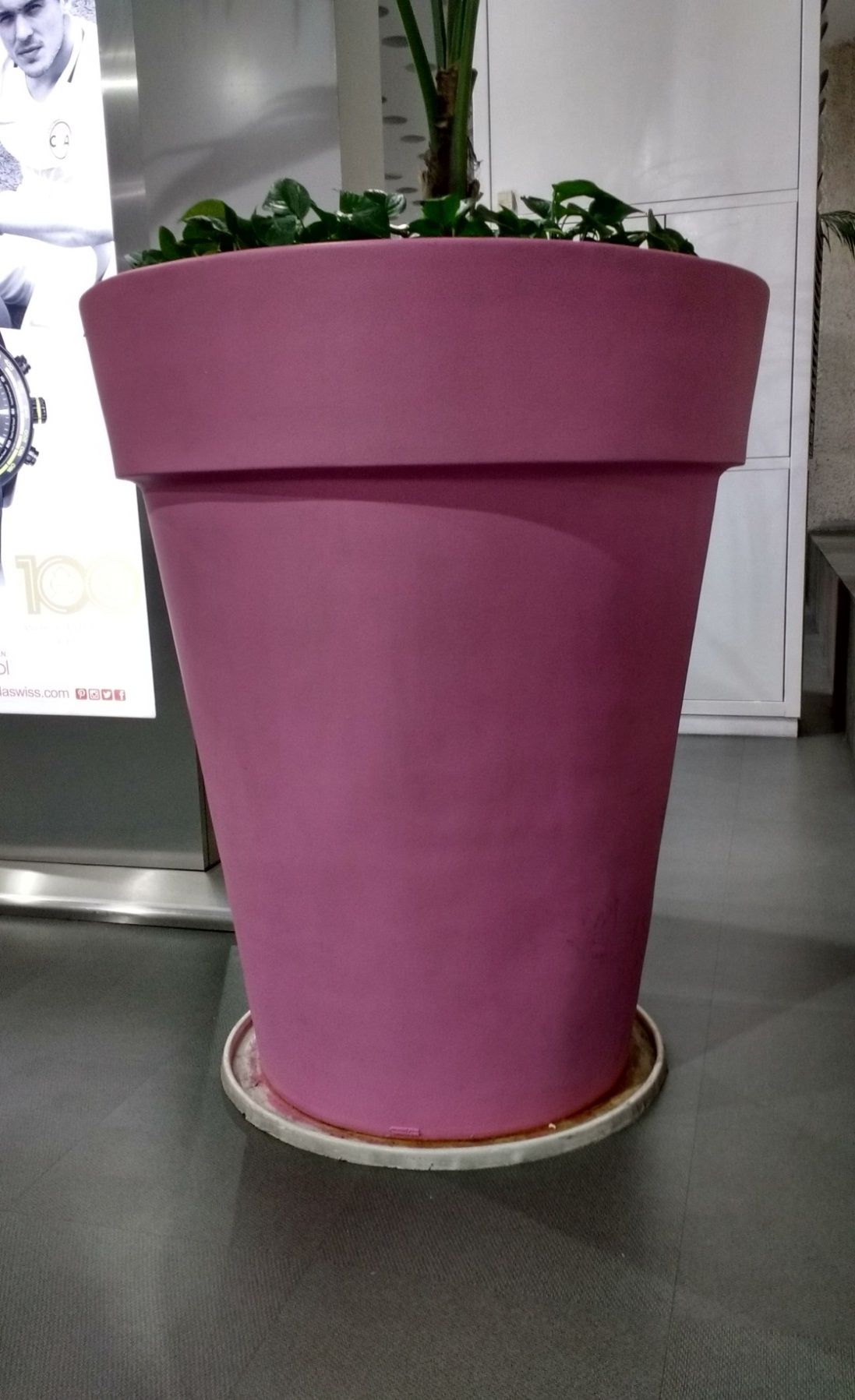 After I was declared the winner of a thorough security check, went to look out for the gate, and passengers were already waiting for boarding , it was a full flight and I was invited by email to upgrade, but to be honest I´m not interested at all in those premium experiences. So I joined the economy crowd and sat down while charging my cellphone. Of course no photos are allowed in MEX, and I find difficult to spot at night, hence this is the only picture I took wile boarding. Very excited at this moment because it was the very first time at PTY and even though I traveled through Central America many times this was a special one. 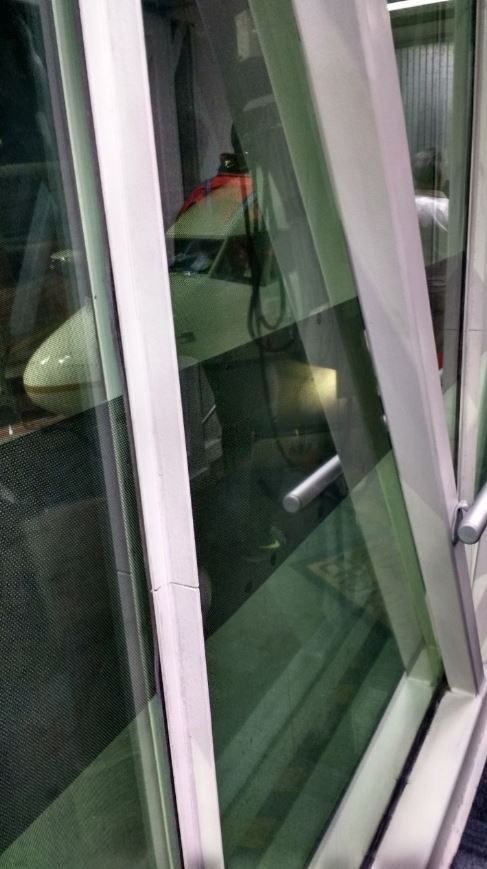 Finally onboard, not the warmest welcome I have to say but I understand that is almost midnight. I was dissapointed by this aircraft because I wanted to have the IFE screen so I could track the flight, but no. Well, I put my travel backpack inside the overhead bin, and took my seat. I was in emergency row. One of the male cabin crew came to see us and informed about the emergency exits, he also explained how we should act in case of emergency. He was friendly and polite. 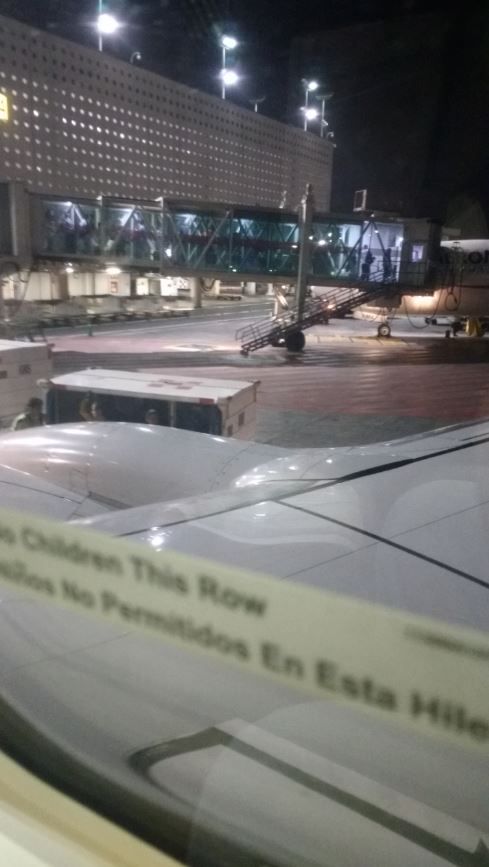 This is the view from my seat. I was looking desperately for the seat pocket but I guess my seat can´t have it all. As you can see it looked like a very old and worn aircraft. 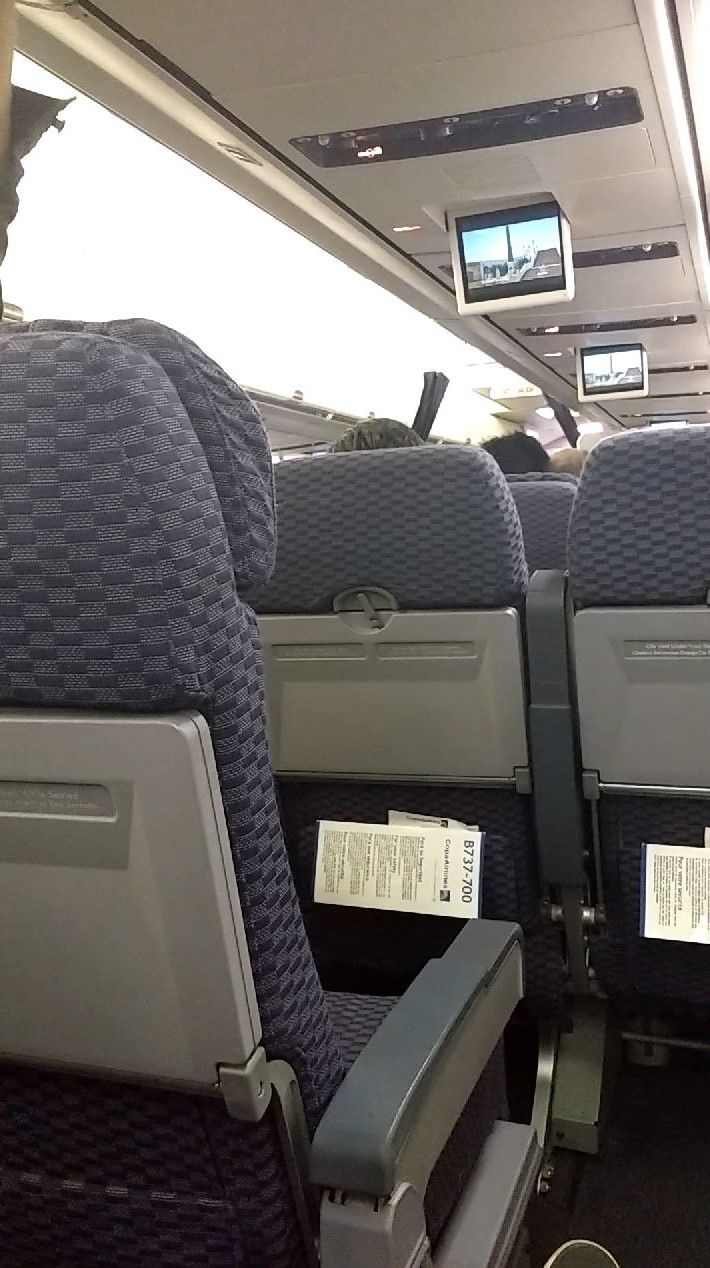 The seat pitch: royal. And you must know that I´m not the guy that is always complaining about this. 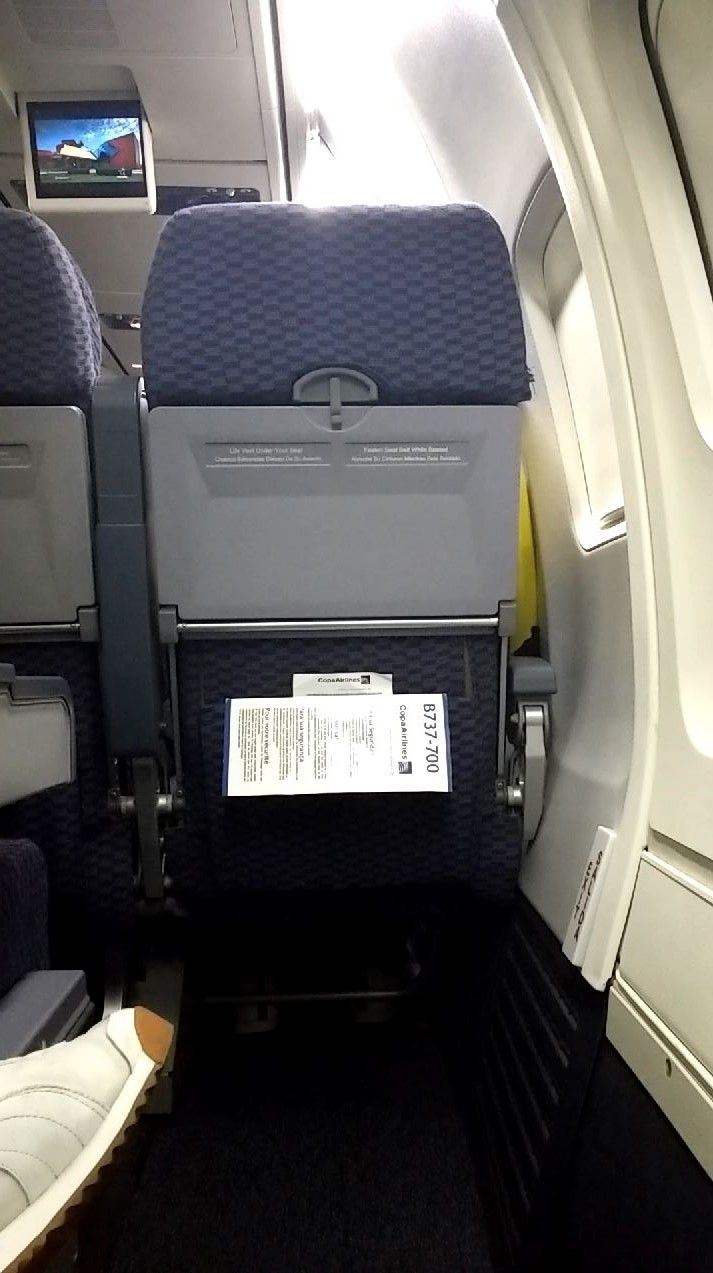 Every passenger was getting ready for departure, the cabin crew included just one woman and she at first was not friendly but rude. A passenger asked her for something and she was like ¿qué? stating that she would not be happy in this flight. Oh well. 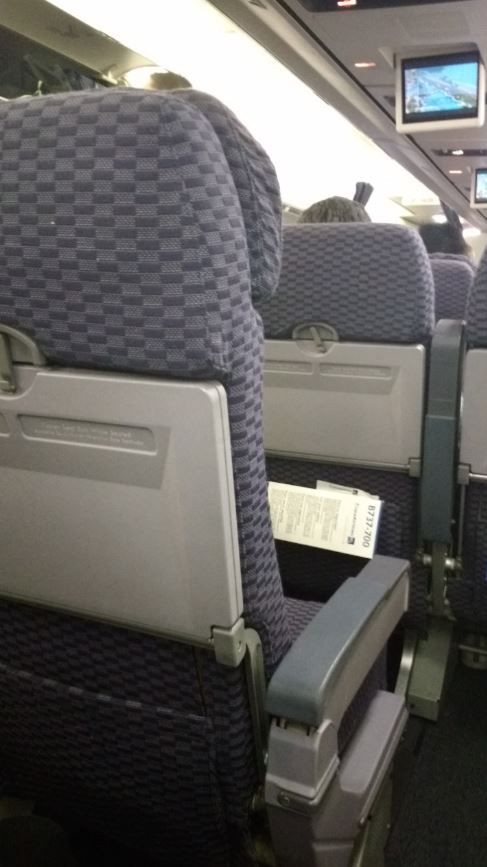 Cabin crew handed earphones and the lack of blankets and pillows caught my attention. After all this was an international red eye flight!
I even asked one passing FA if they had one and he said that they were not available. Well, that´s it. I knew it would be a freezing flight. 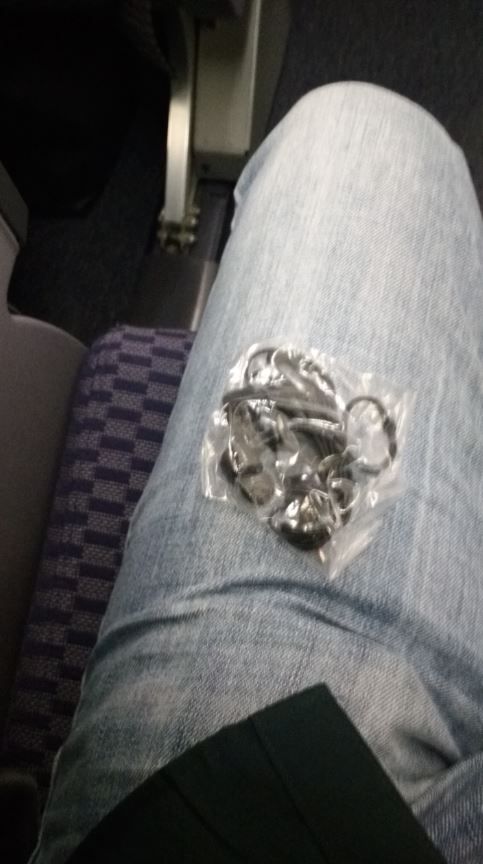 I do not know about the other passengers, they looked cramped, but I was enjoying my royal seat.
This picture was taken inflight before the lights went off. I thought a snack service or something would be conducted after take-off, but no. Everybody went to Morpheus arms. The bad thing at this point: my hunger. 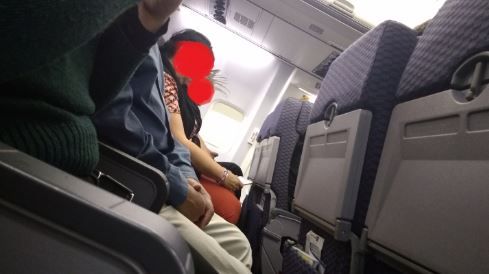 The flight was progressing with turbulences. I was freeze and hungry but the FA´s were nowhere to be seen.
Well, another 40 minutes of sleep and lights went on and the breakfast service was offered. I had no idea what time it was at the moment. The choices were: panqueques o huevos a la Mexicana. I chose the former. This is the meal tray as handed. 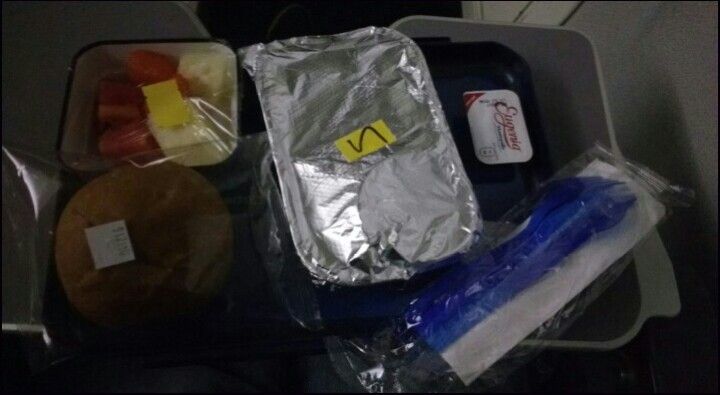 This breakfast included:
• Los panqueques
• Tropical fruit salad
• A bun, and butter in addition to the panqueques sauce which was delicious! 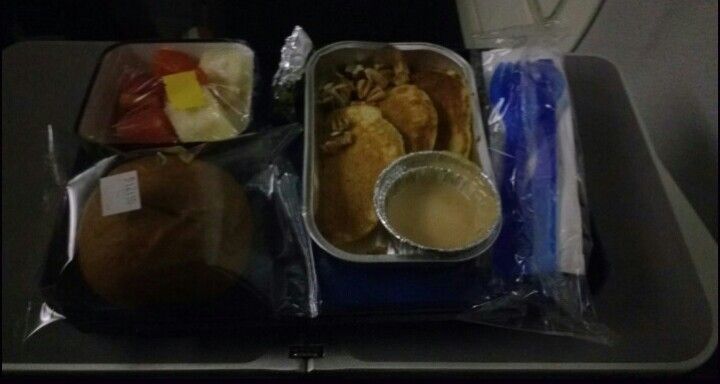 The first round was with the meal trays and the second round for the beverages and I order Panamanian coffee and the beverage par excellence: orange juice. The crew was more than happy by providing this service, even the grumpy FA. To note: beer and rum were not offered with breakfast. The meal trays were cleared and since I wanted to freshen up I went to the lavatory and was not in its best presentation. Turbulences again, I´d better run to my seat after a visit to the rear galley where juices and still water were placed in trays for passengers self-service, nice! 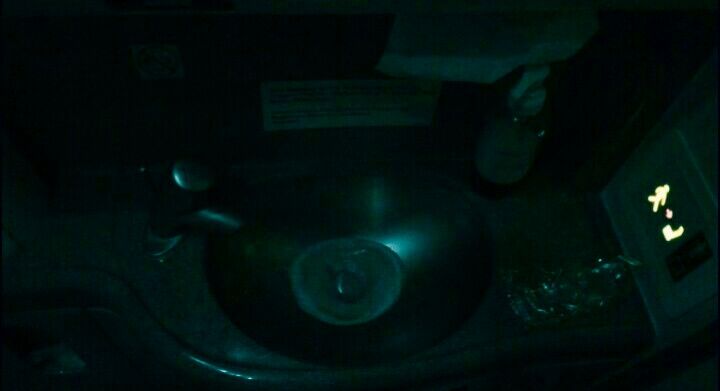 From turbulent darkness to calm dawn in one minute. This was amazing. 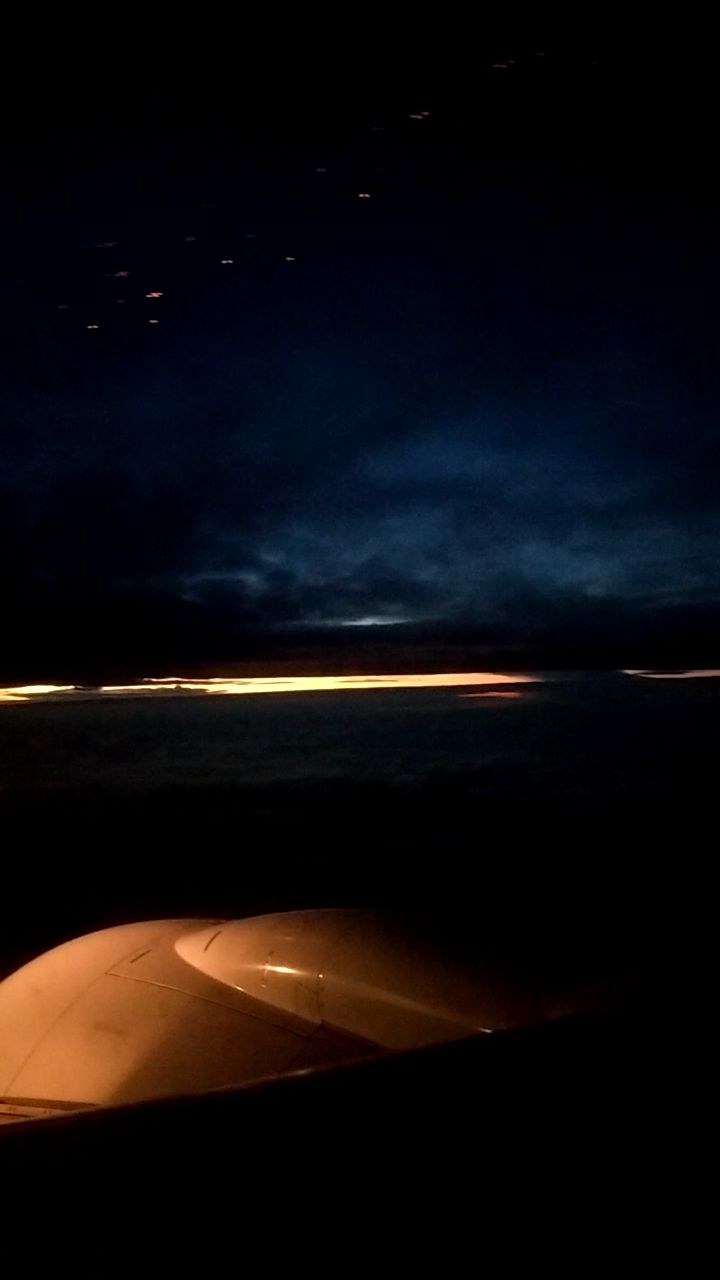 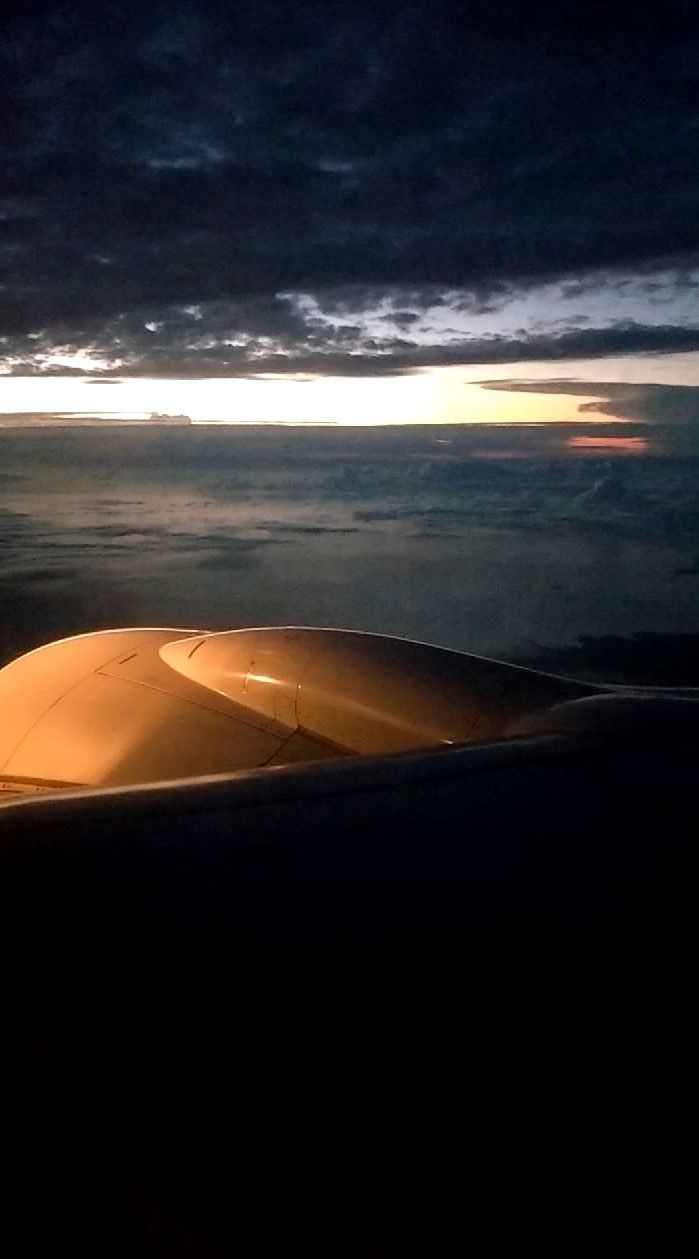 I found this view stunning. 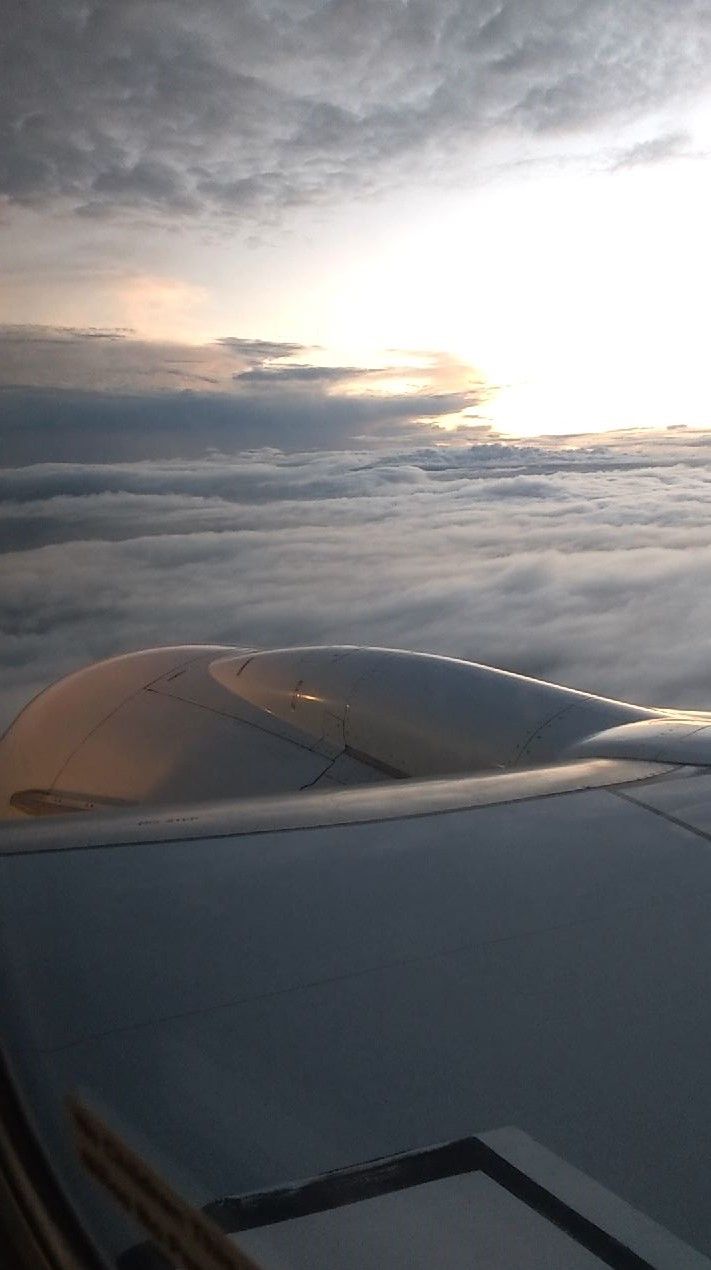 This is my seat and I admit it was not comfortable but in the end I did not care. 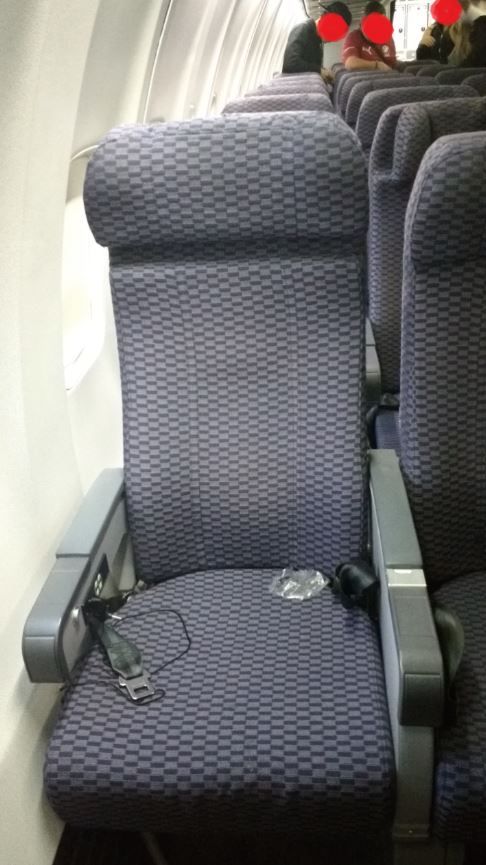 The cabin while disembarking.
Can you see the IFE on the armrest? 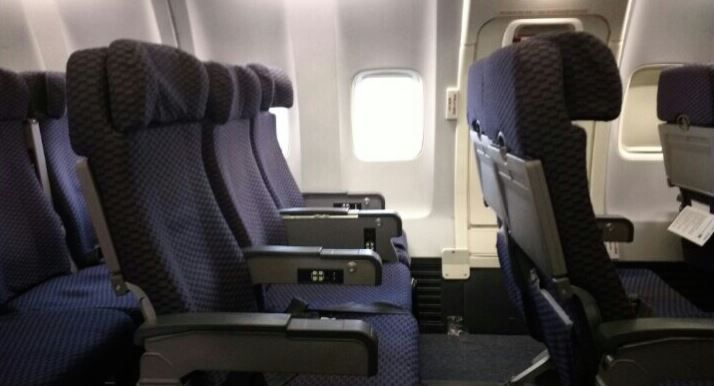 Finally in the Copa land. The airport gave me a good impression since the first moment. I thanked the cabin crew for their attention and service and I was out for my adventure in Panamá City. 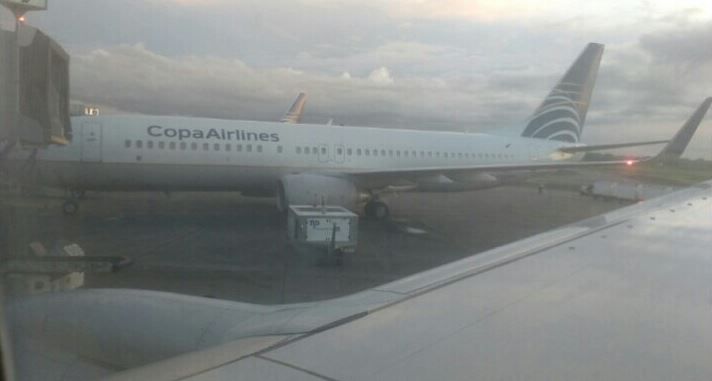 I never heard any update from the cockpit but the cabin crew made me feel safe and comfortable because they were doing regular walks through the cabin plus the good attitude from the ground staff made me consider this Panamanian airline for my future travels.