#21 out of 78 Airlines A minimum of 10 flight-reports within the past two years is required to appear in the rankings. 381 reviews

Every year we go on an annual trip to Asia, this time we decided to visit family in Taipei before returning to Thailand. We were planning on heading to Bali but due to the volcanic activity we redirected to Phuket/Ko Phi Phi.

Next up was a quick domestic flight to Phuket International Airport which was roughly a 70 minute flight.

An Airbus A330-300 would be helping us make the quick jaunt over to Phuket. I checked the flight availabilities and Thai also runs a 747-400 on the route showing how many people are flying the route. 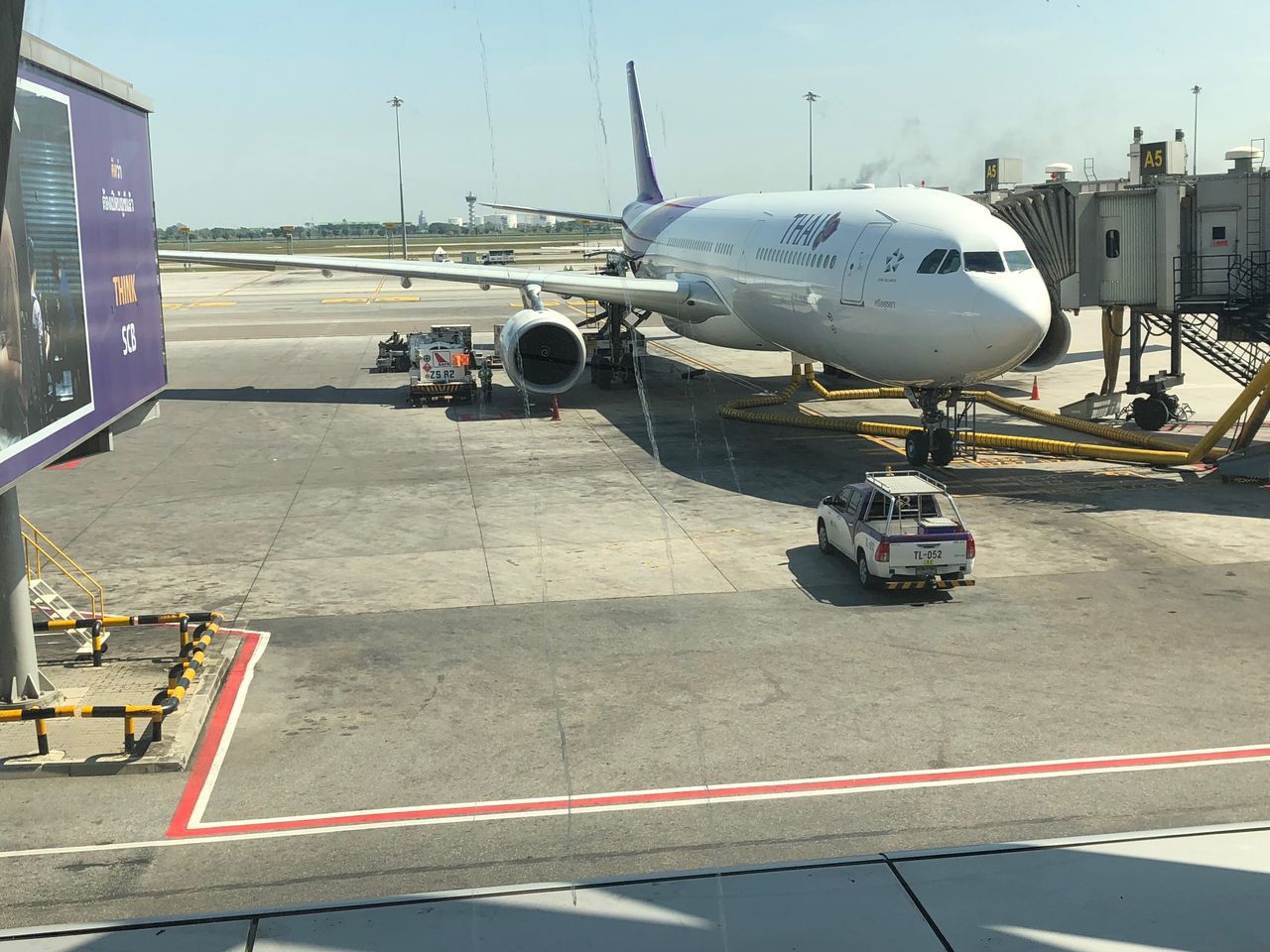 Seating was 2-4-2 in economy. I took a quick peek into business and it was arranged in a 2-2-2 arrangement with near lie flat seating. 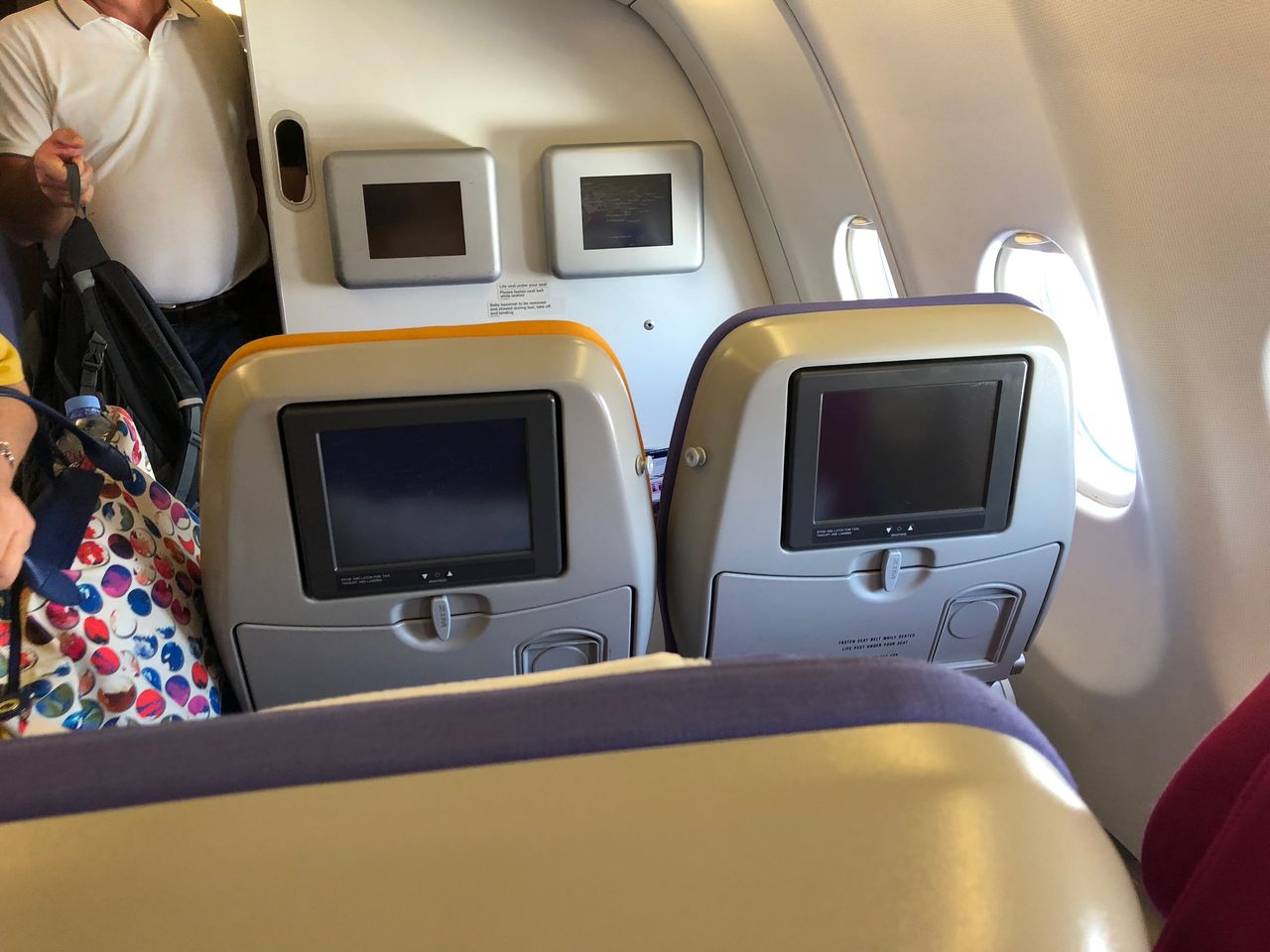 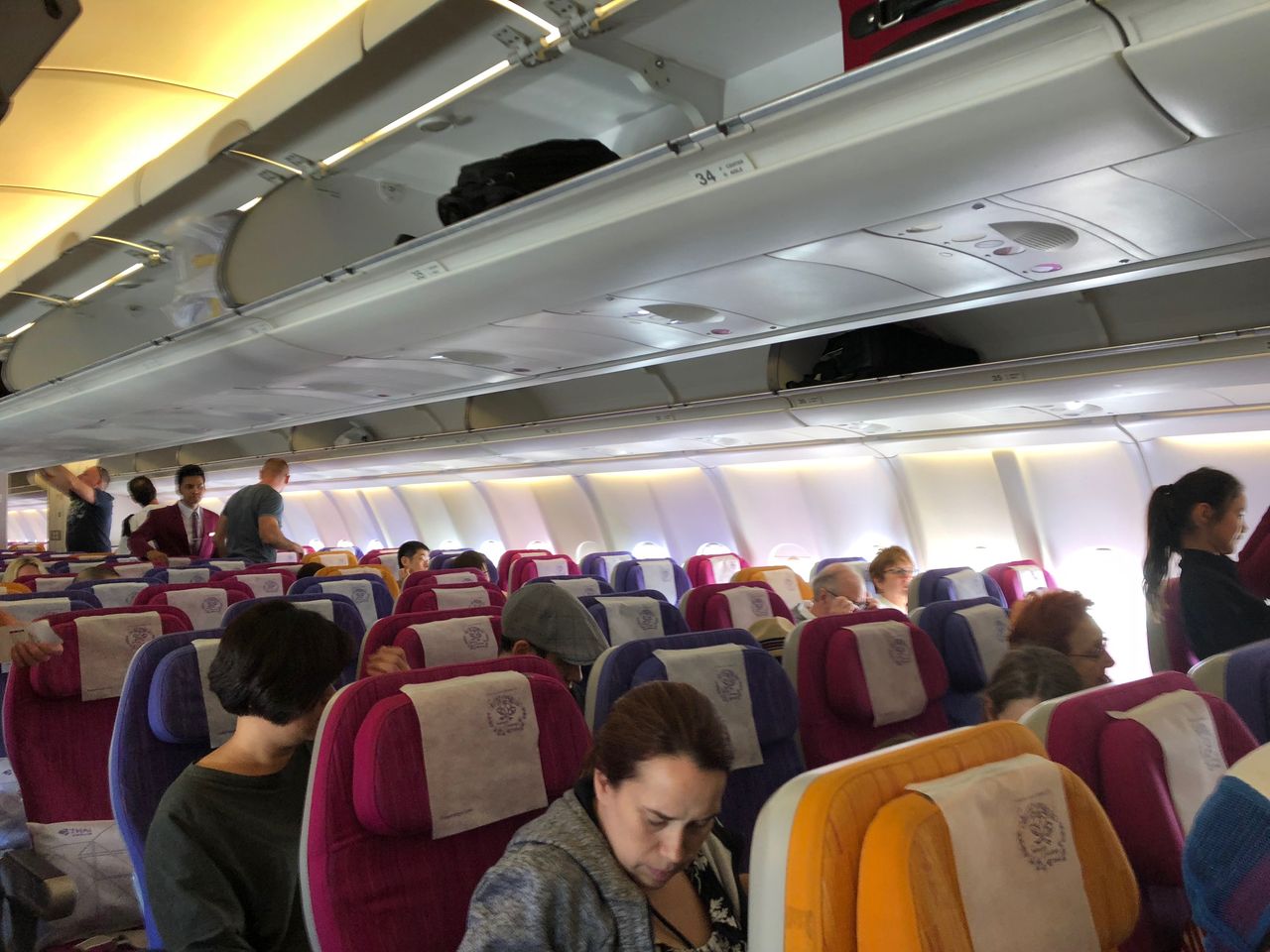 I was seated in 33J which was on the right side of the 2-4-2 arrangement. Legroom was alright, what was really surprising was the lack of storage under the seat from what I presume was the IFE boxes. At least there were footrests! 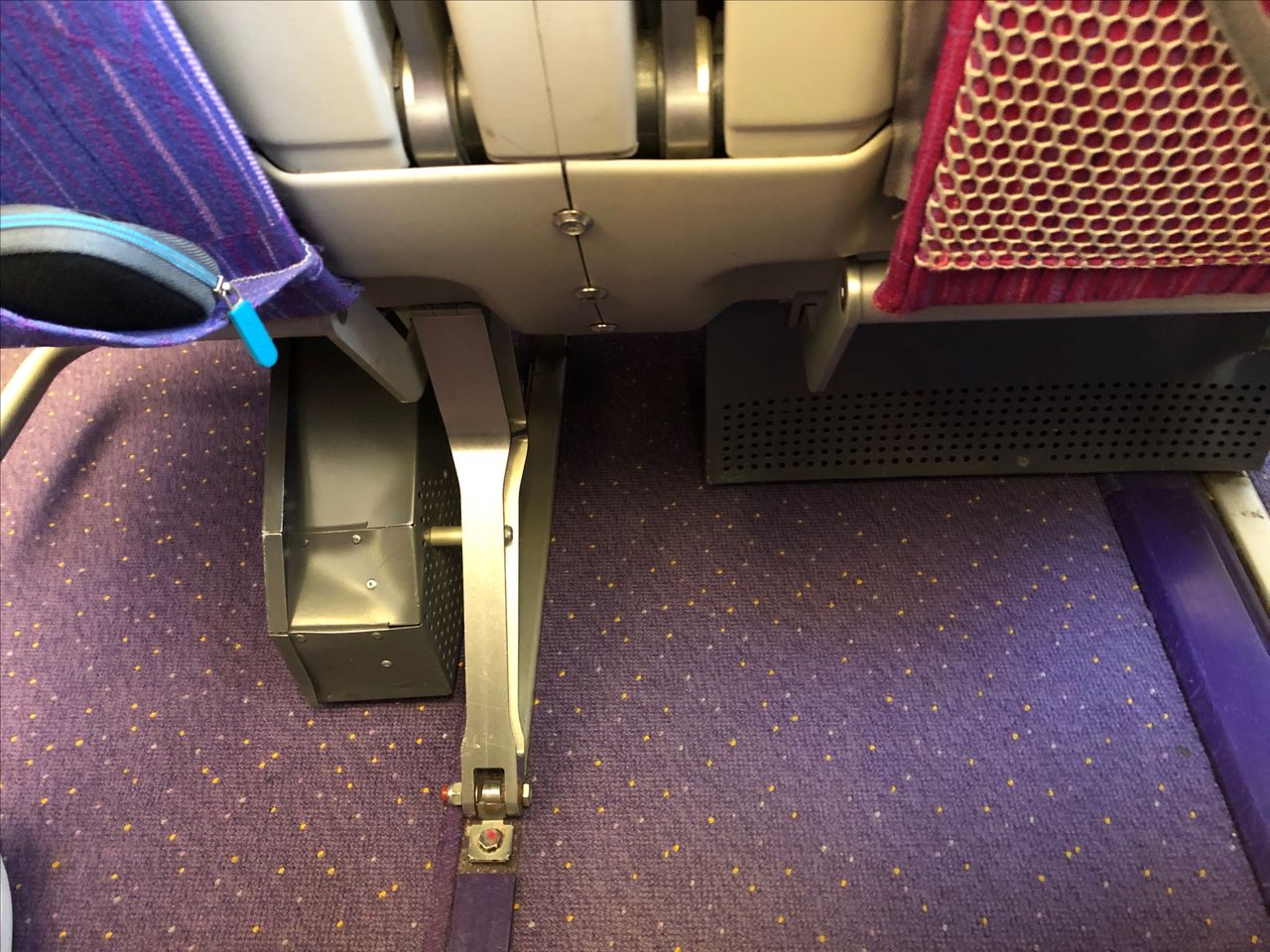 The IFE looked a bit antiquated and the resolution was pretty bad.

The inflight snack was a chicken Thai curry roll, fried job's tears and a bottle of water. It was pretty tasty and was welcomed on such a short flight. 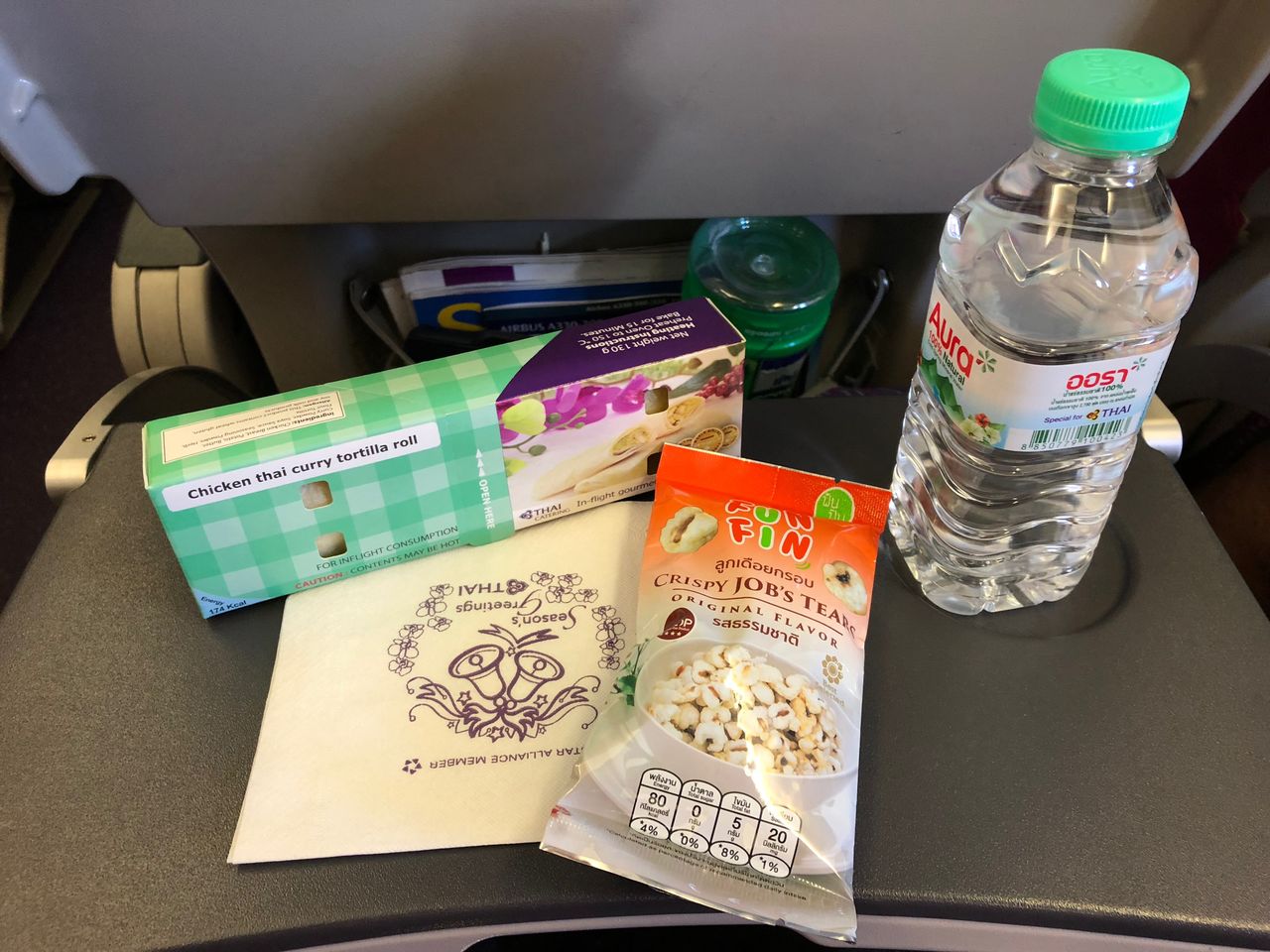 Overall it was a pleasant flight on Thai Airways. The cabin crew was efficient with such a full flight load.

The contributors of Flight-Report published 18 reviews of 3 airlines on the route Bangkok (BKK) → Phuket (HKT).

He wrote 12 reviews about 4 airlines and 9 airports.