#3 out of 12 Low-cost airlines A minimum of 10 flight-reports within the past two years is required to appear in the rankings. 71 reviews

By NGD16 515
Published on 21st October 2018
Hello everyone! Welcome to the second part of the trip to the north-east Germany. This report will cover the flight with Eurowings from Dusseldorf to Munich.

After spending a few days in North-east Germany, it was time to return to my home in Munich. As usual, I checkin in advance and had my BP stored in my phone. 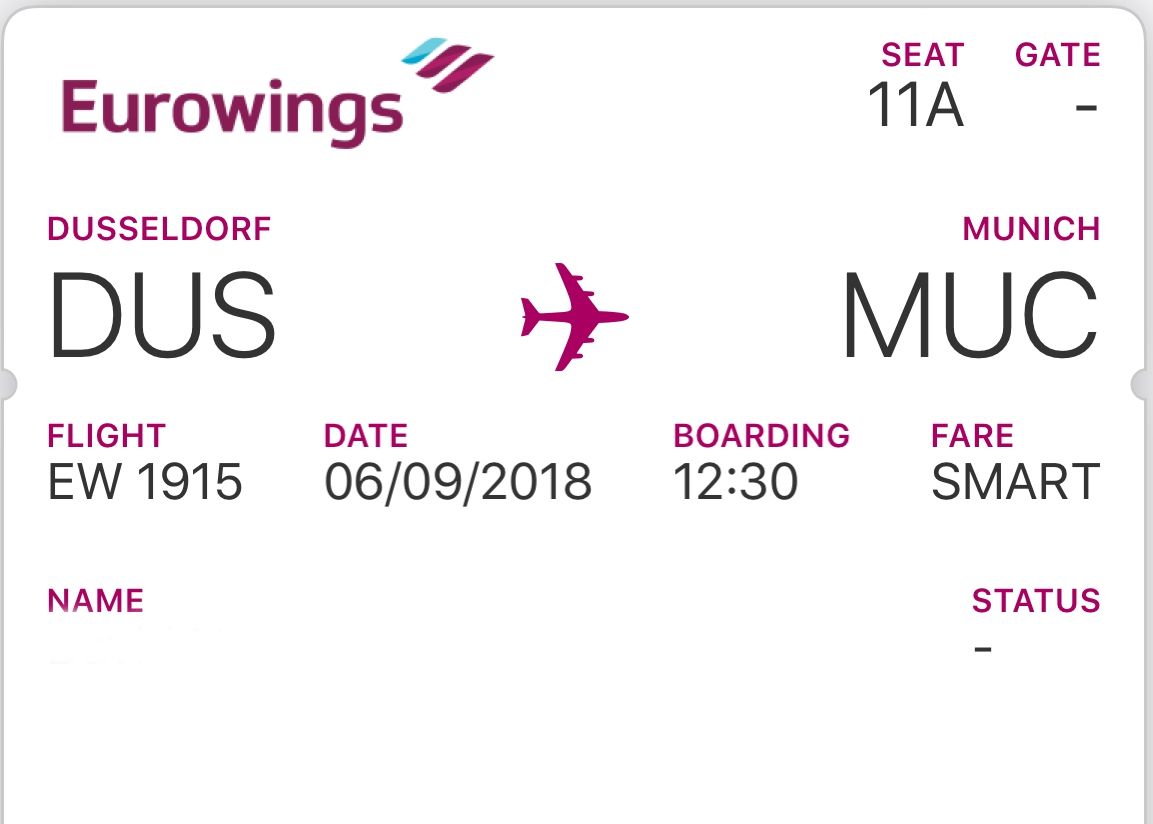 We arrived at the airport at 11:35pm. The check-in counters were almost empty and we swiftly checked our luggages. 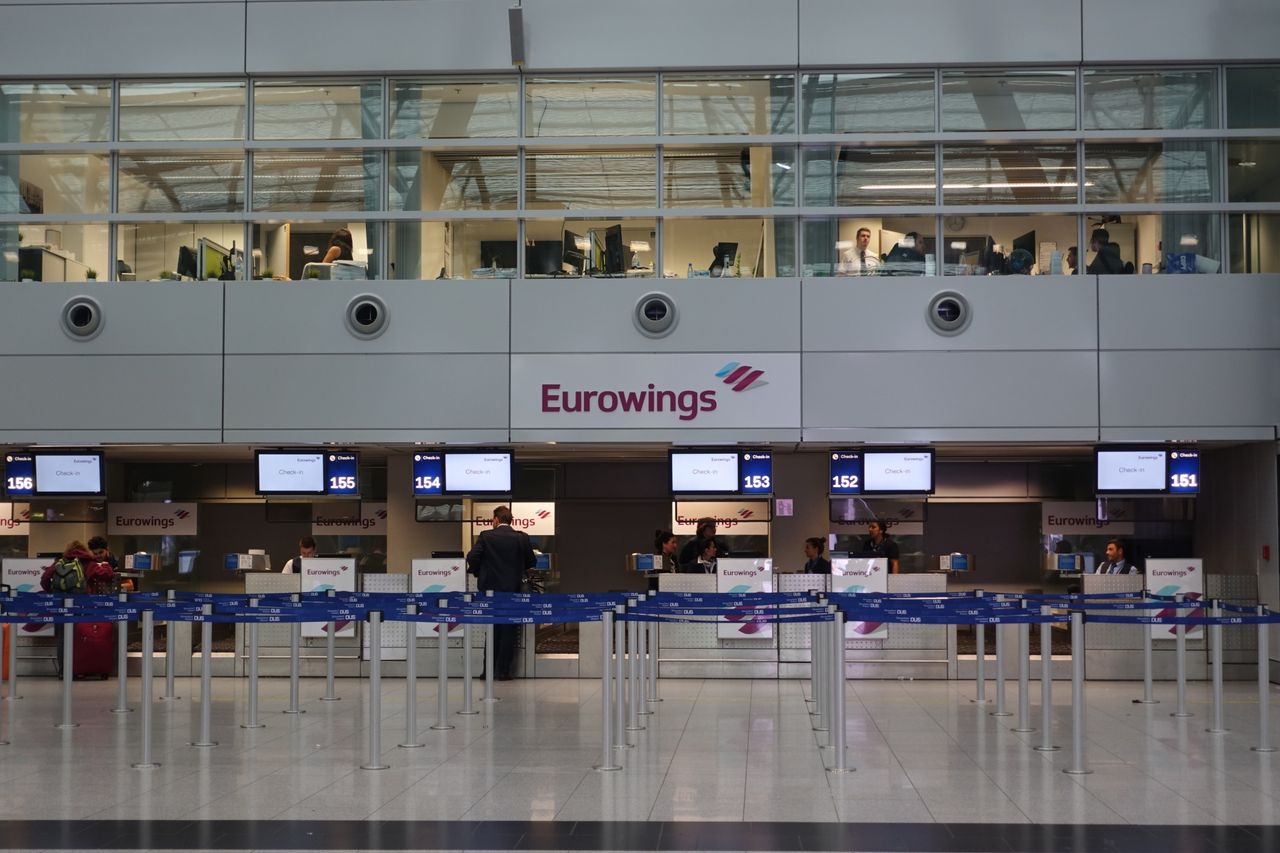 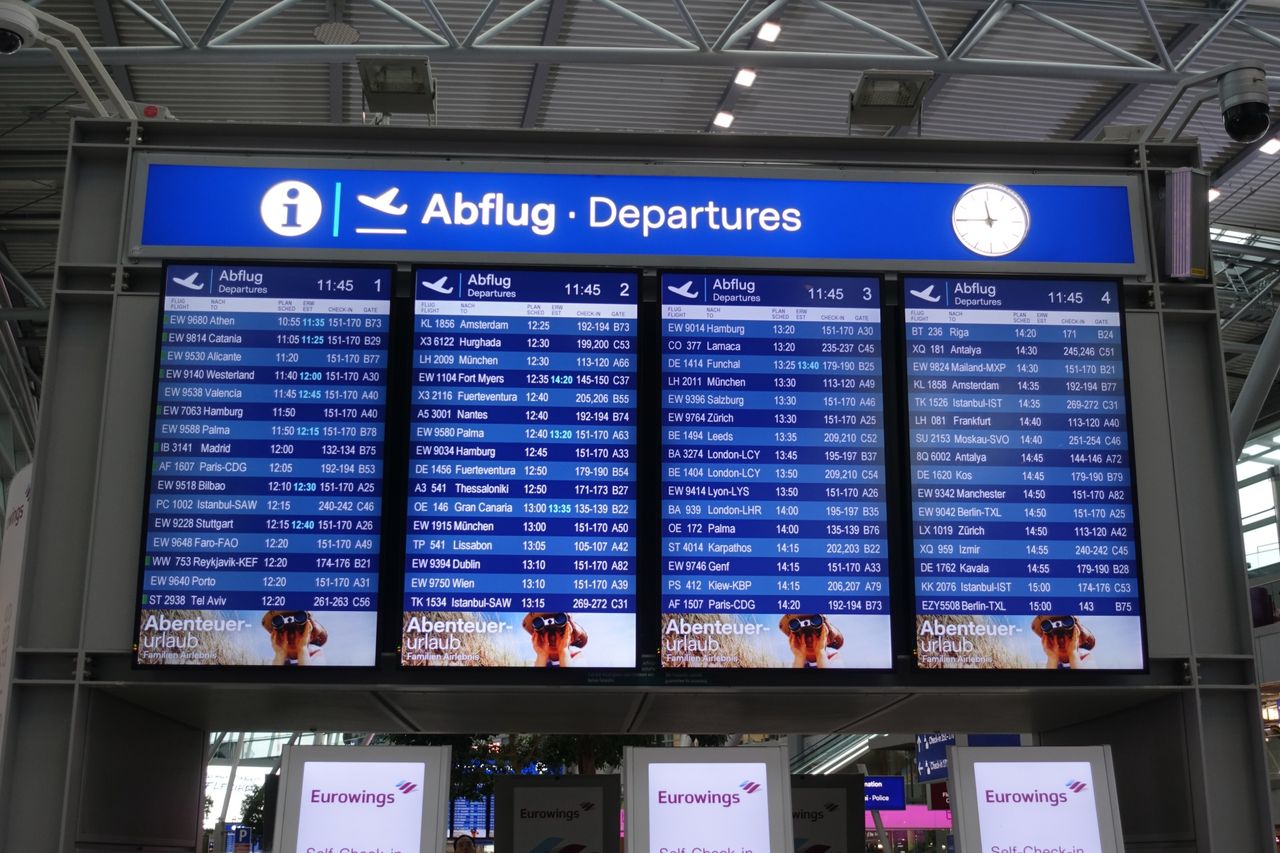 The way to security check. 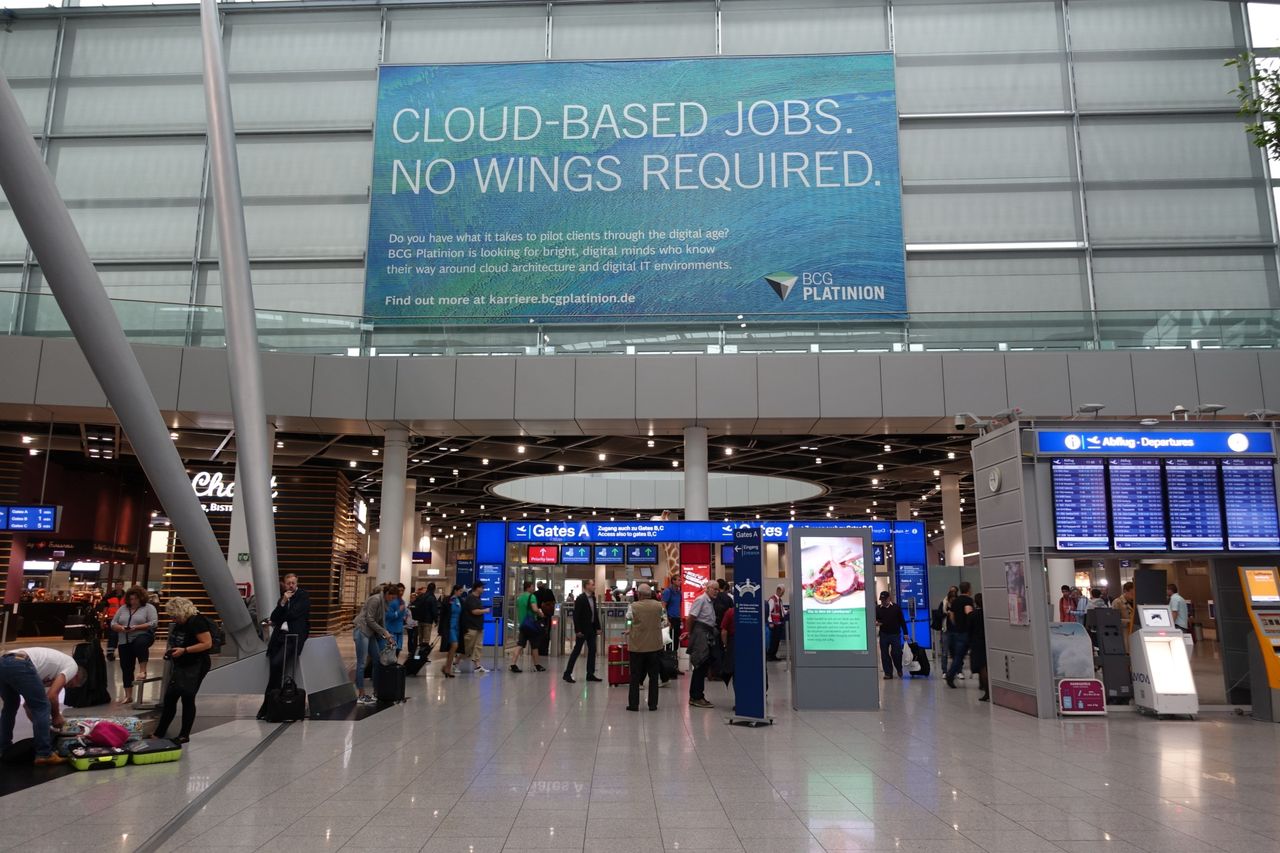 After we passed through the security check, we headed directly to the gate. 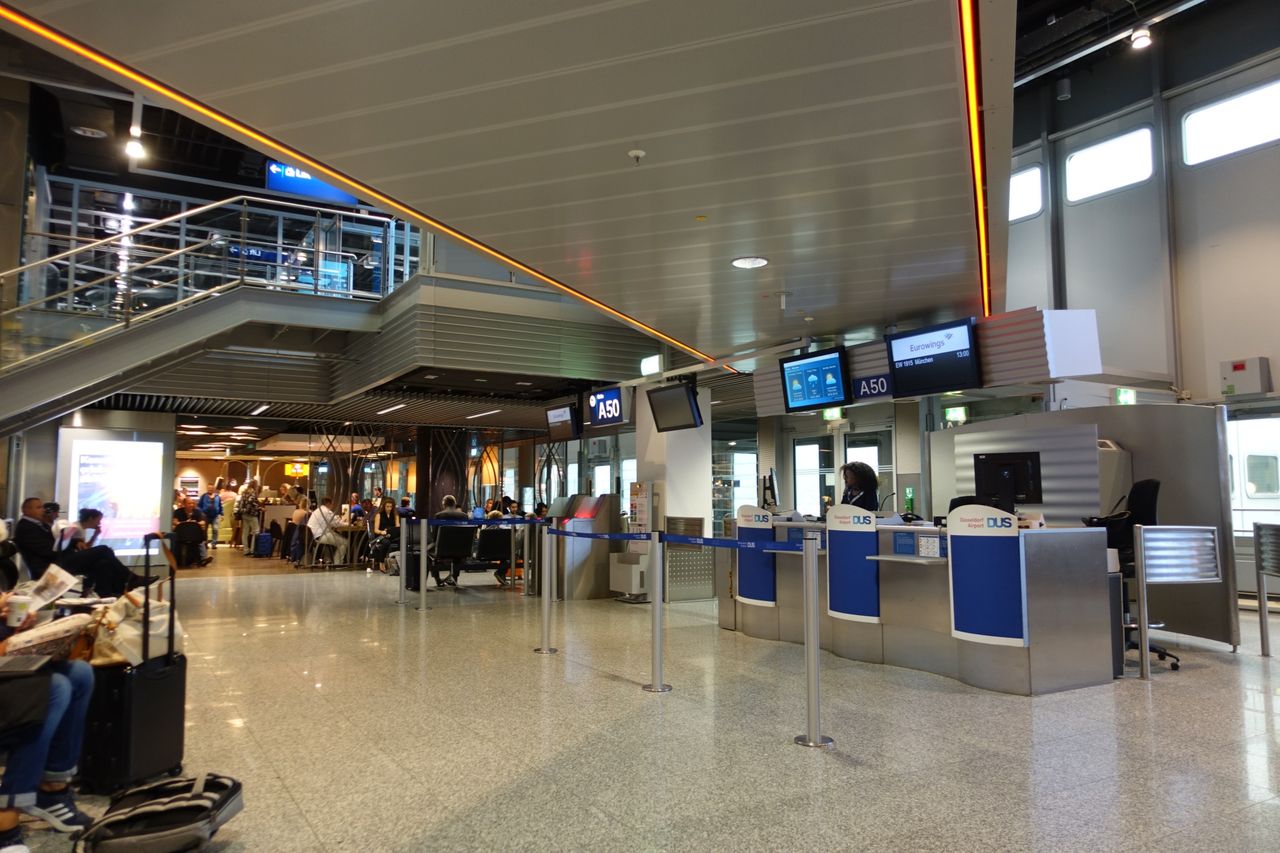 EW7063 ready for the flight to Hamburg. 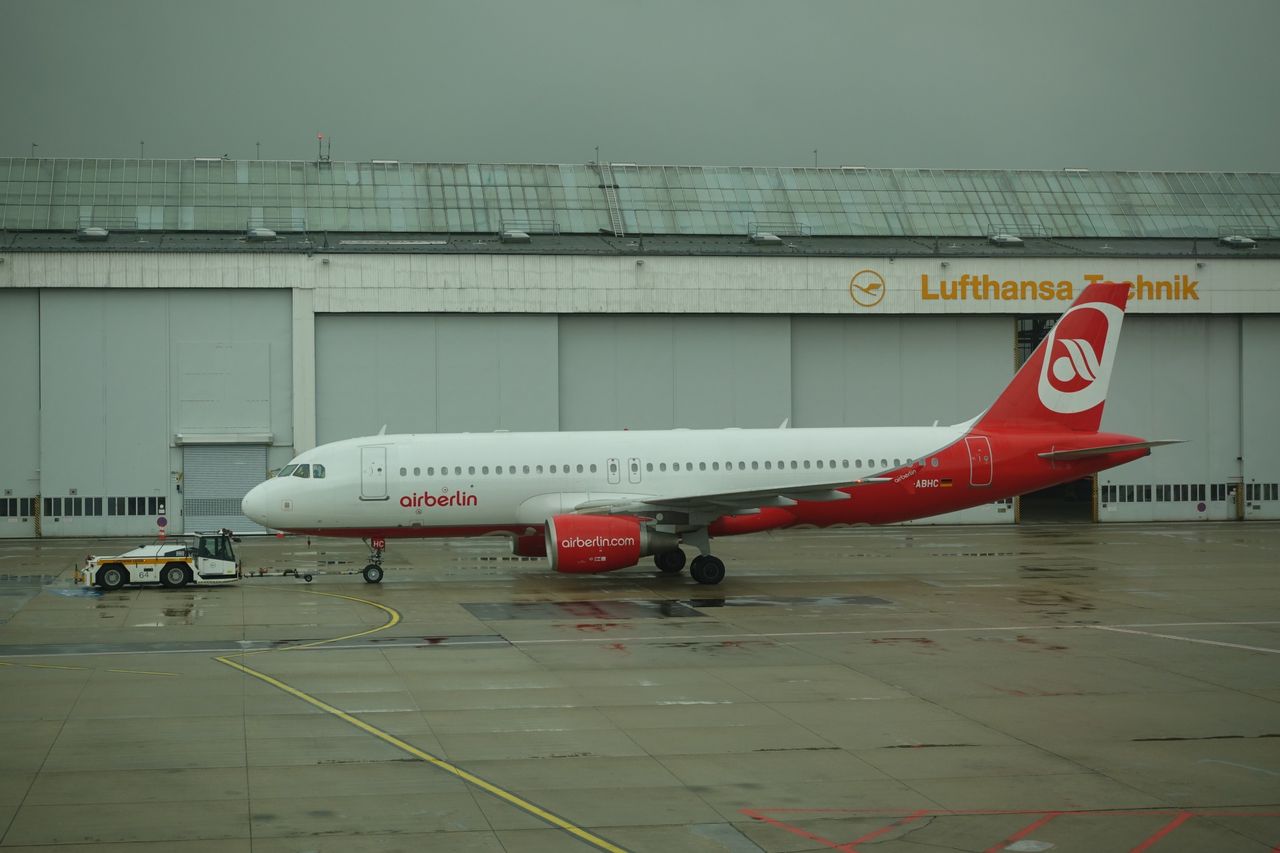 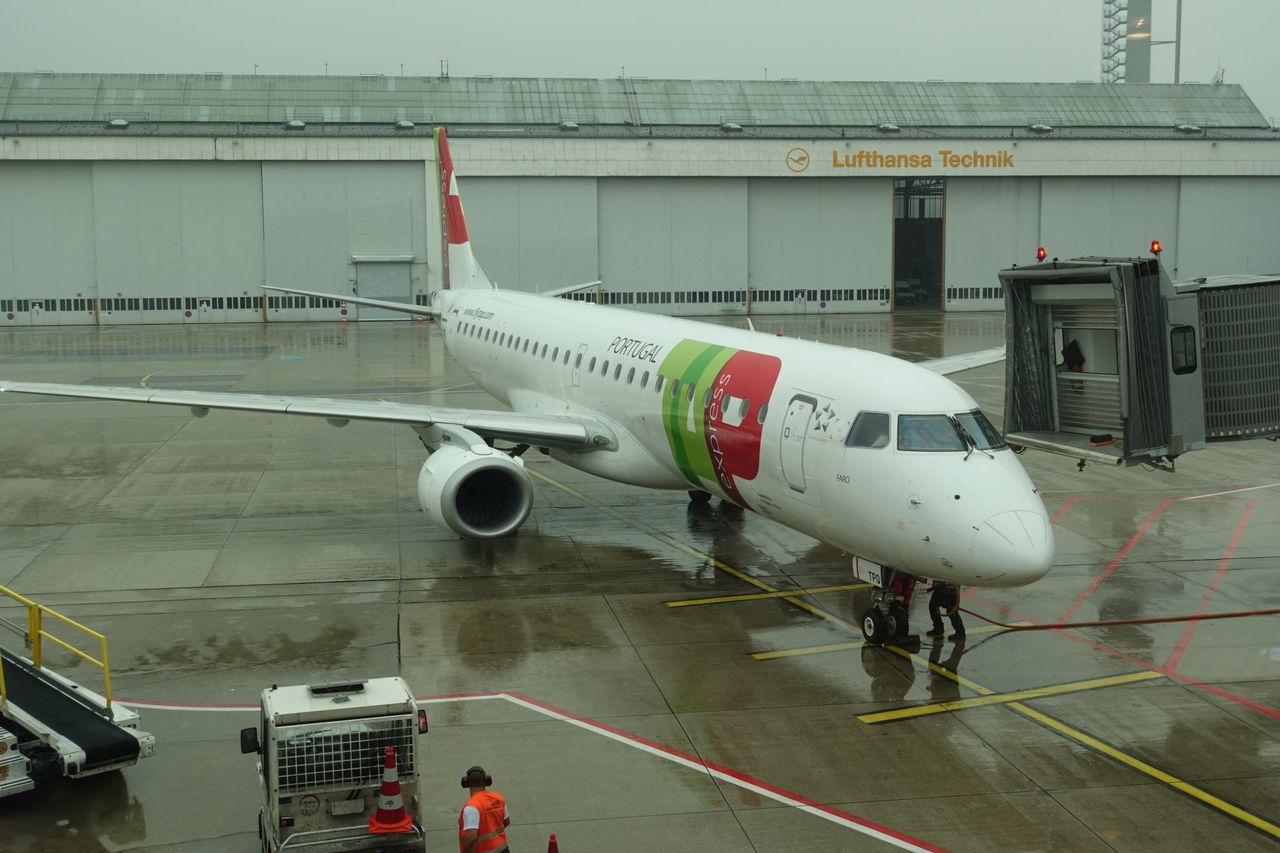 Due to the late arrival of the airport, boarding was delayed for about 20 minutes. Since the aisle seat was occupied, I did not take any photos of my seat as we embarked. 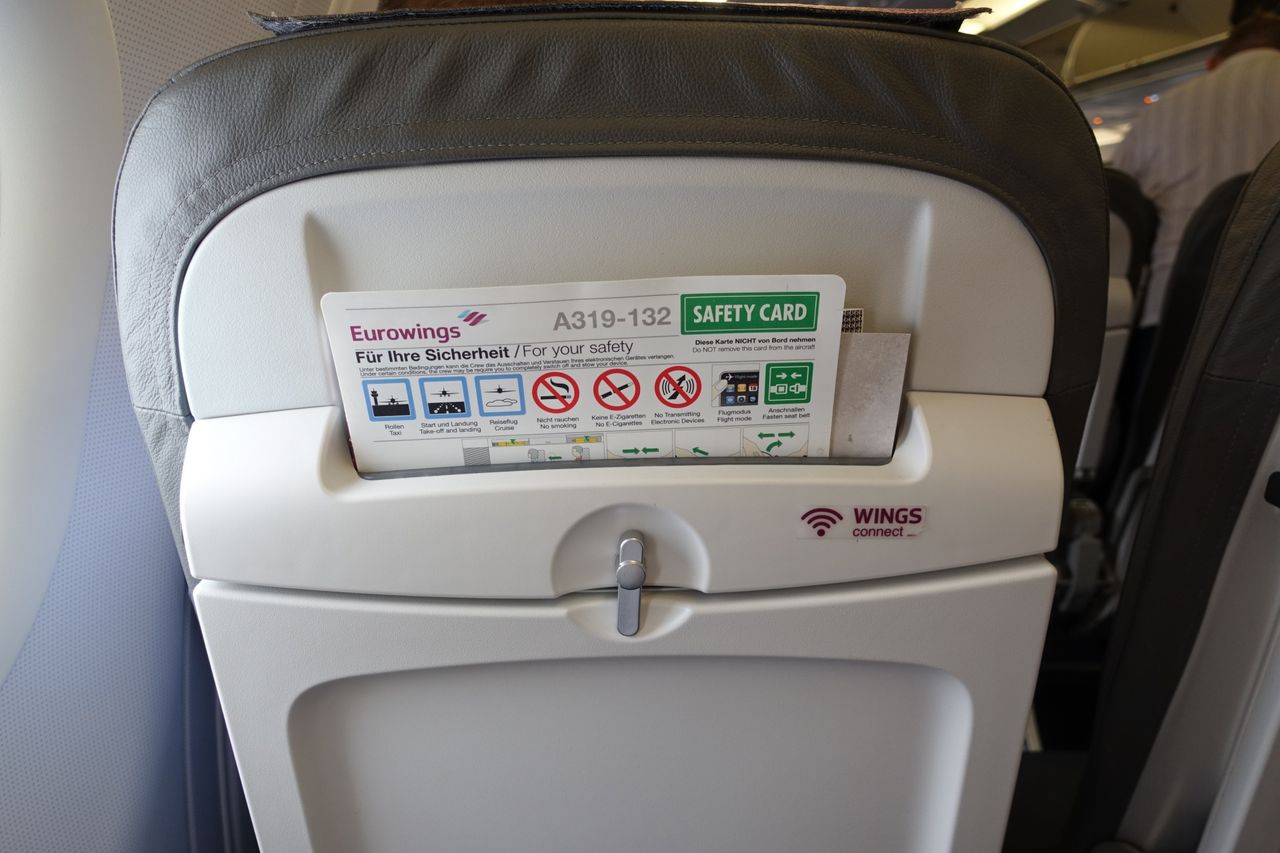 View out of the window. It was raining quite heavily outside. 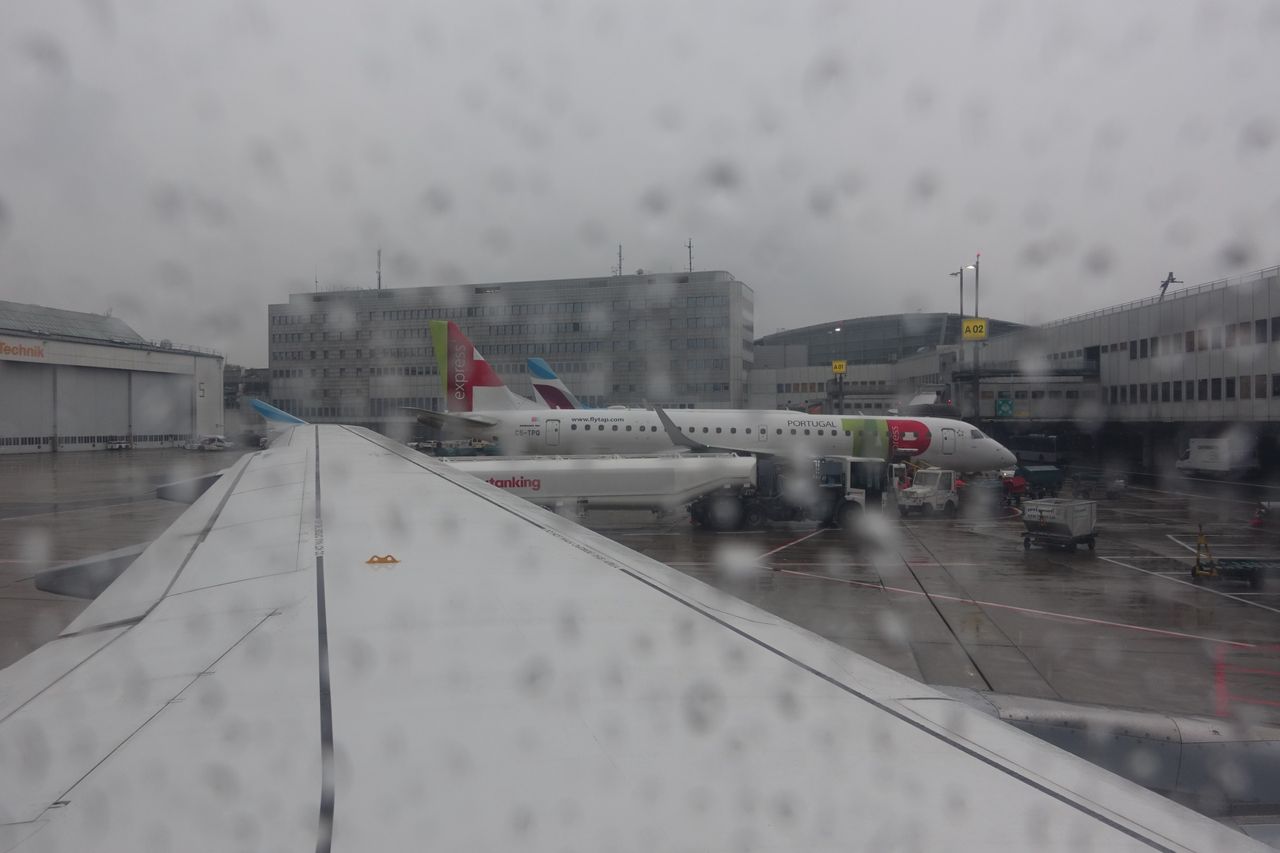 Boarding was completed at 13:23pm but for some reasons, we need to wait for a while before we can start our pushback. 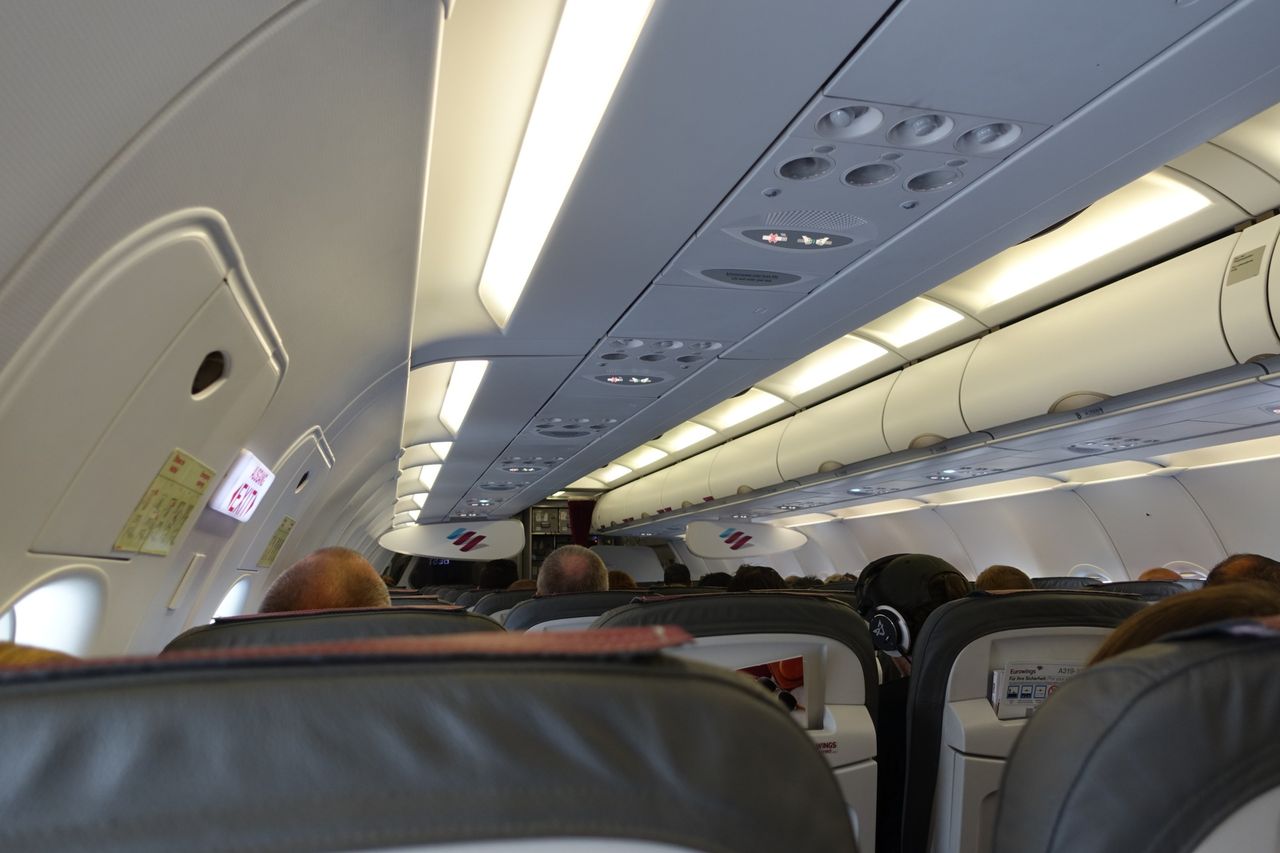 Finally, at 13:39pm, we started to pushback and taxi to the active runway. 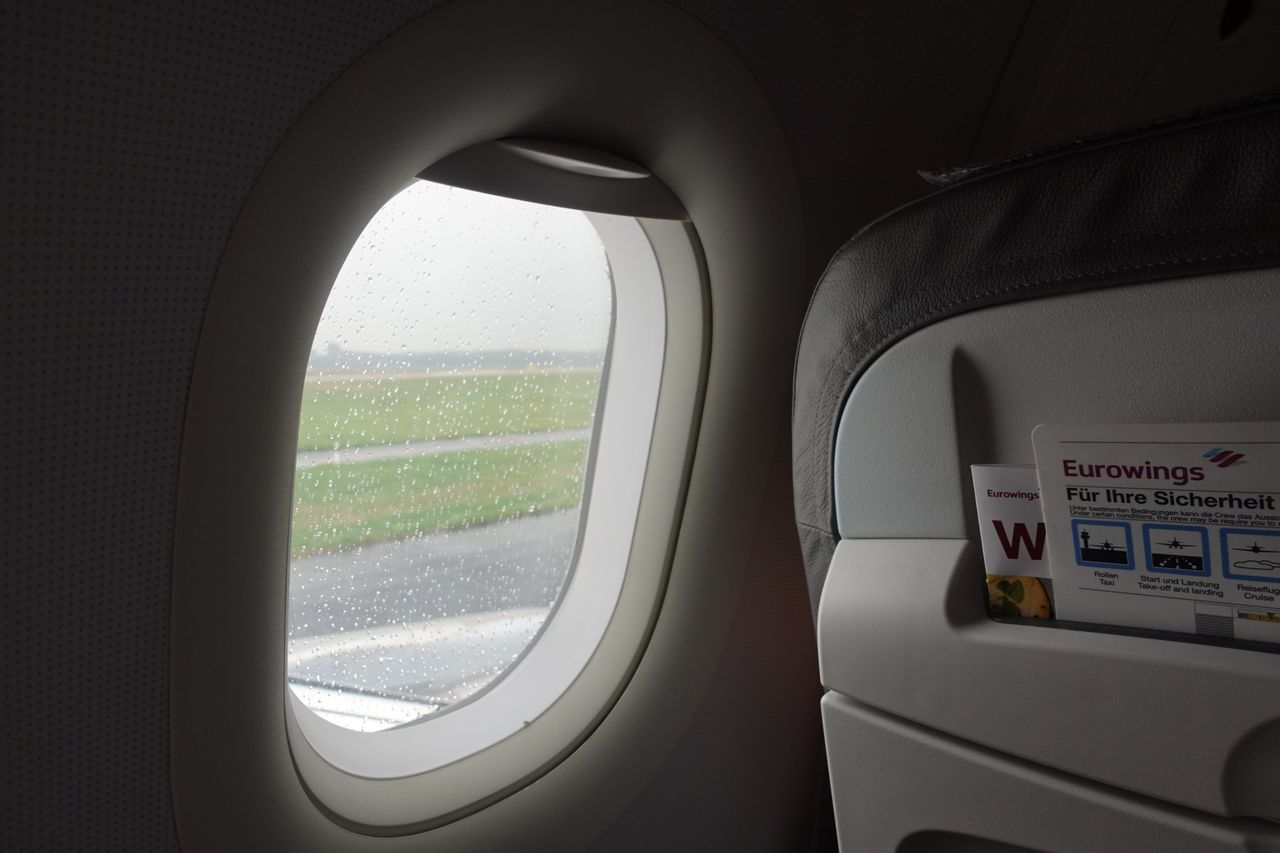 Lining up and waited for our turn to take-off. 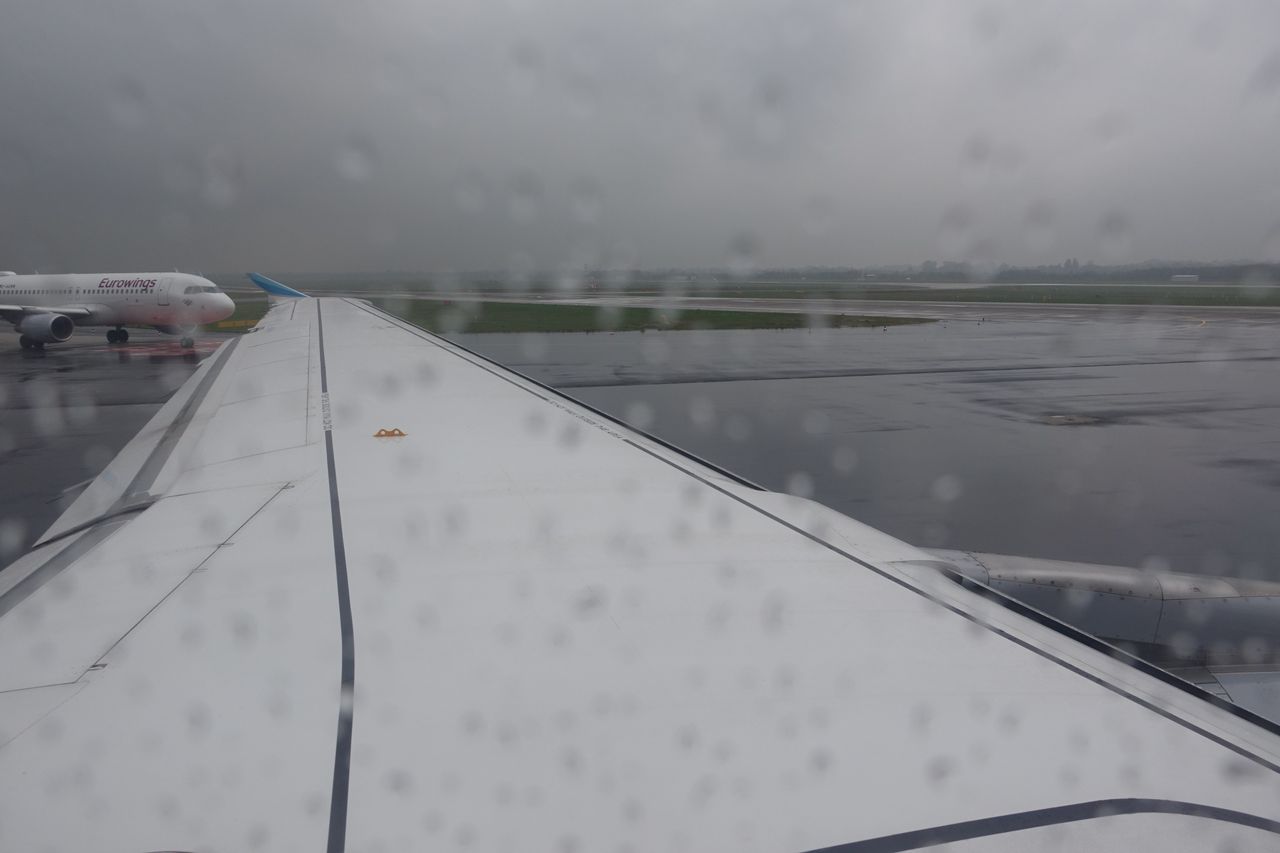 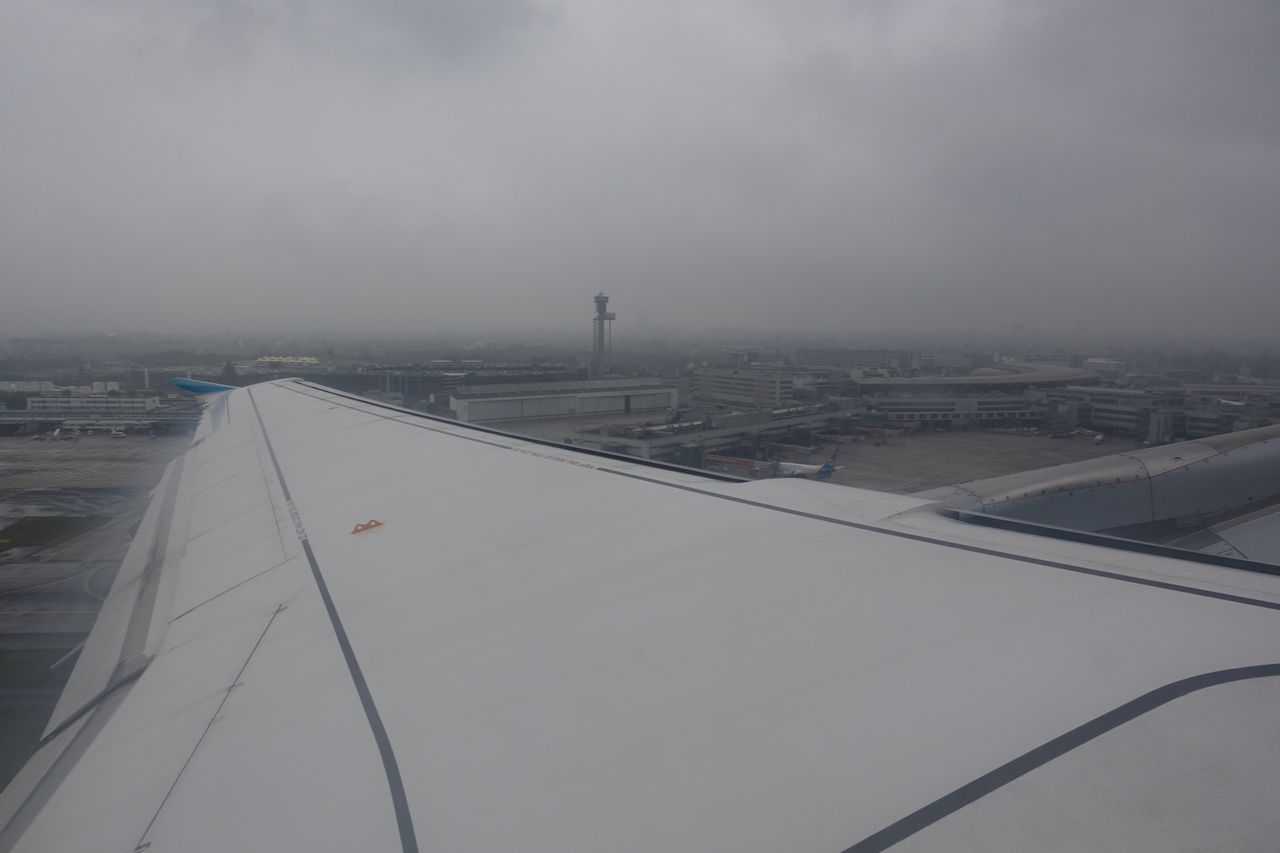 Seconds later we disappeared into the raincloud. 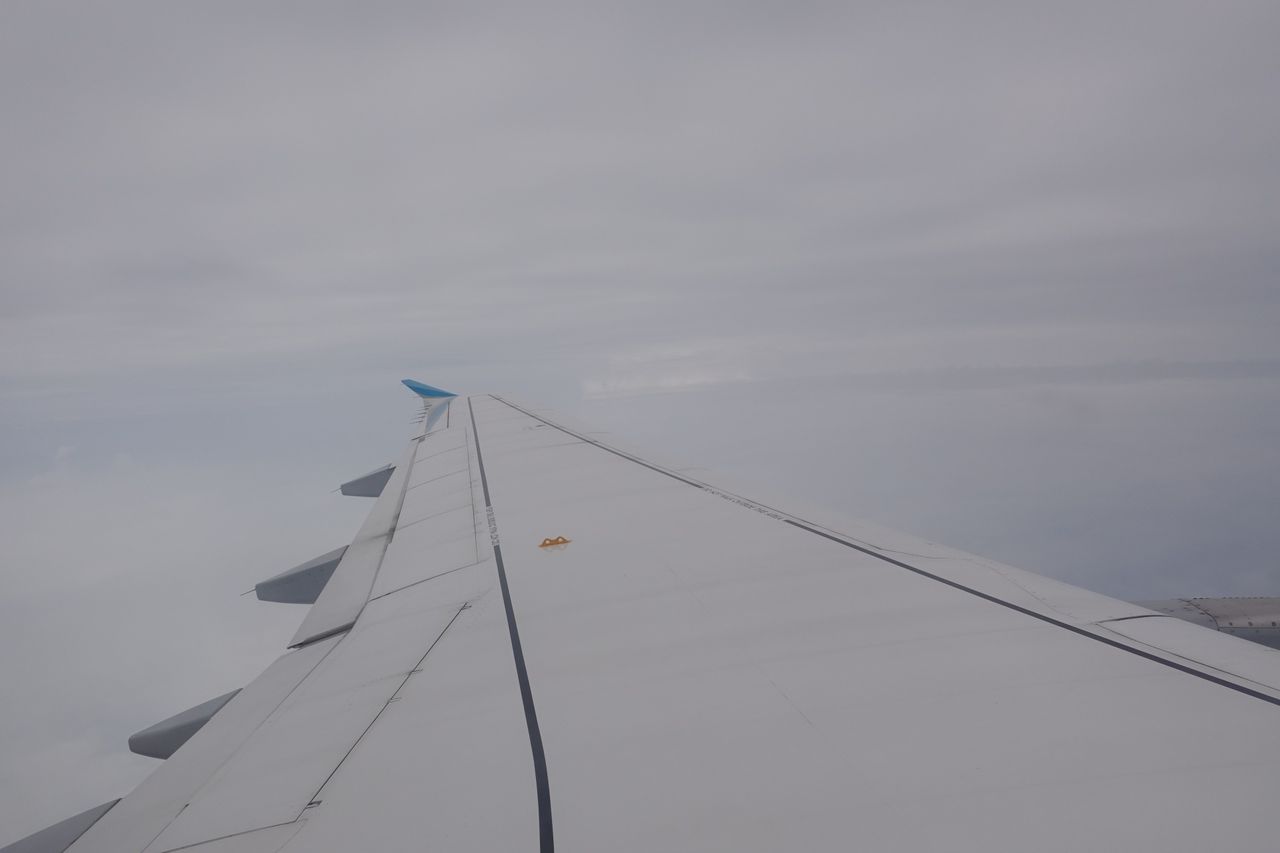 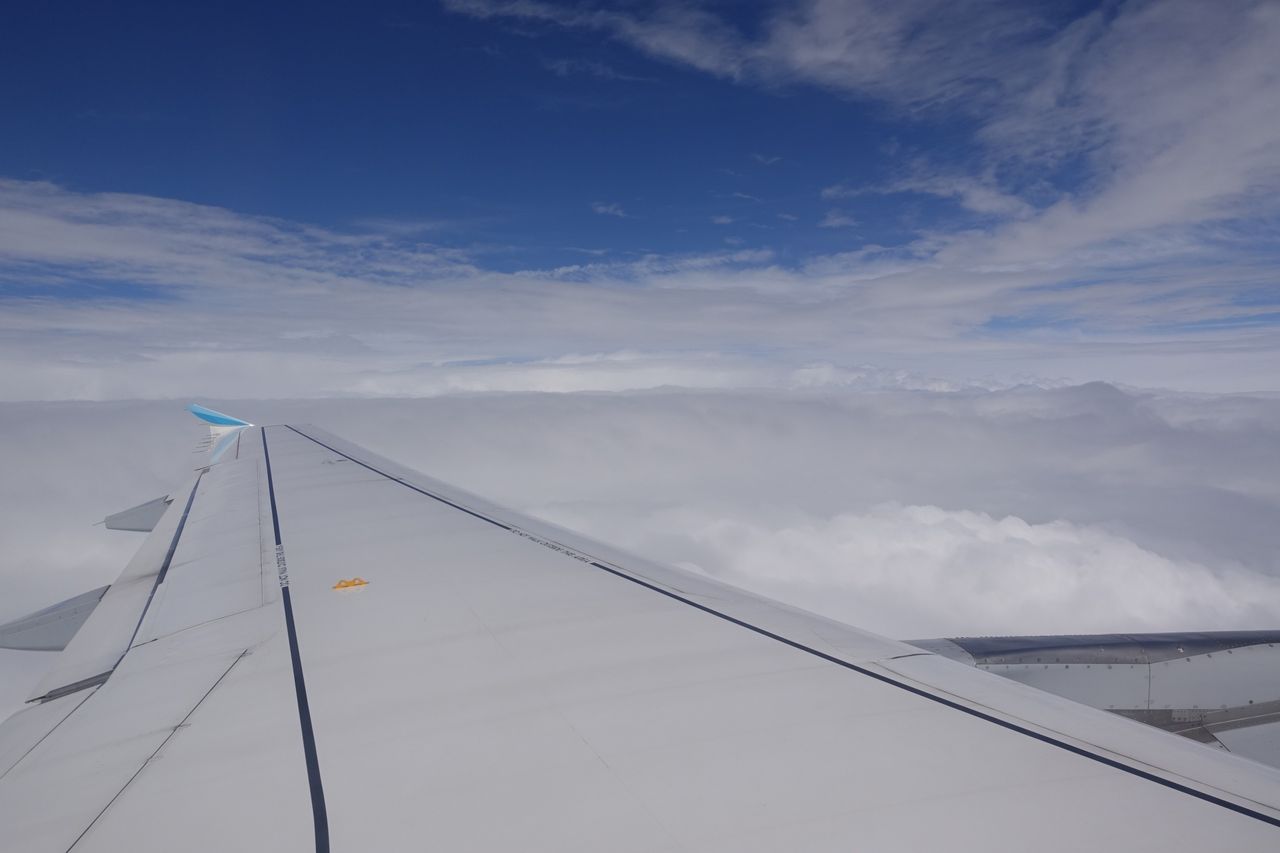 Since we purchased the "SMART" fare, snacks and drinks were included. We got our meal box about 15 minutes after take-off. 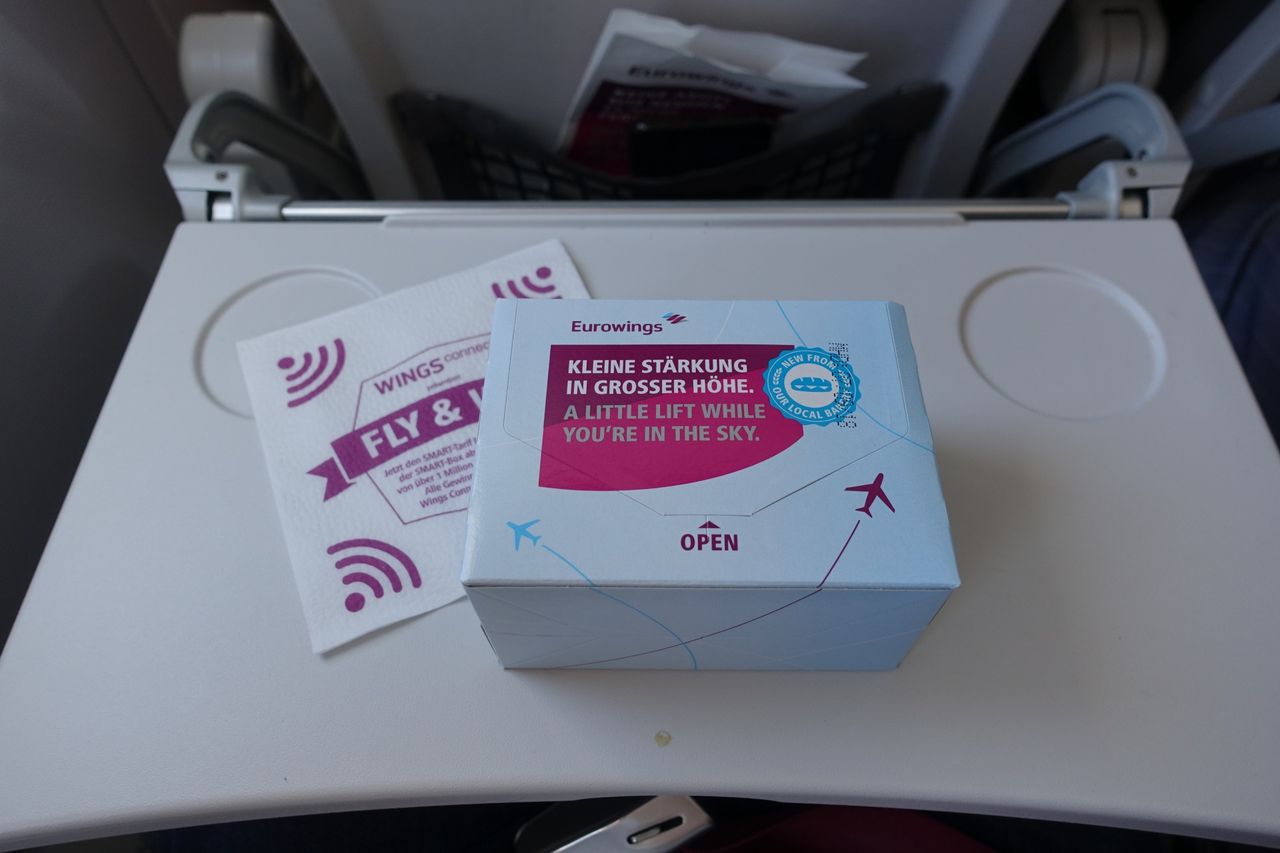 Still water and sandwich were packed inside the box. 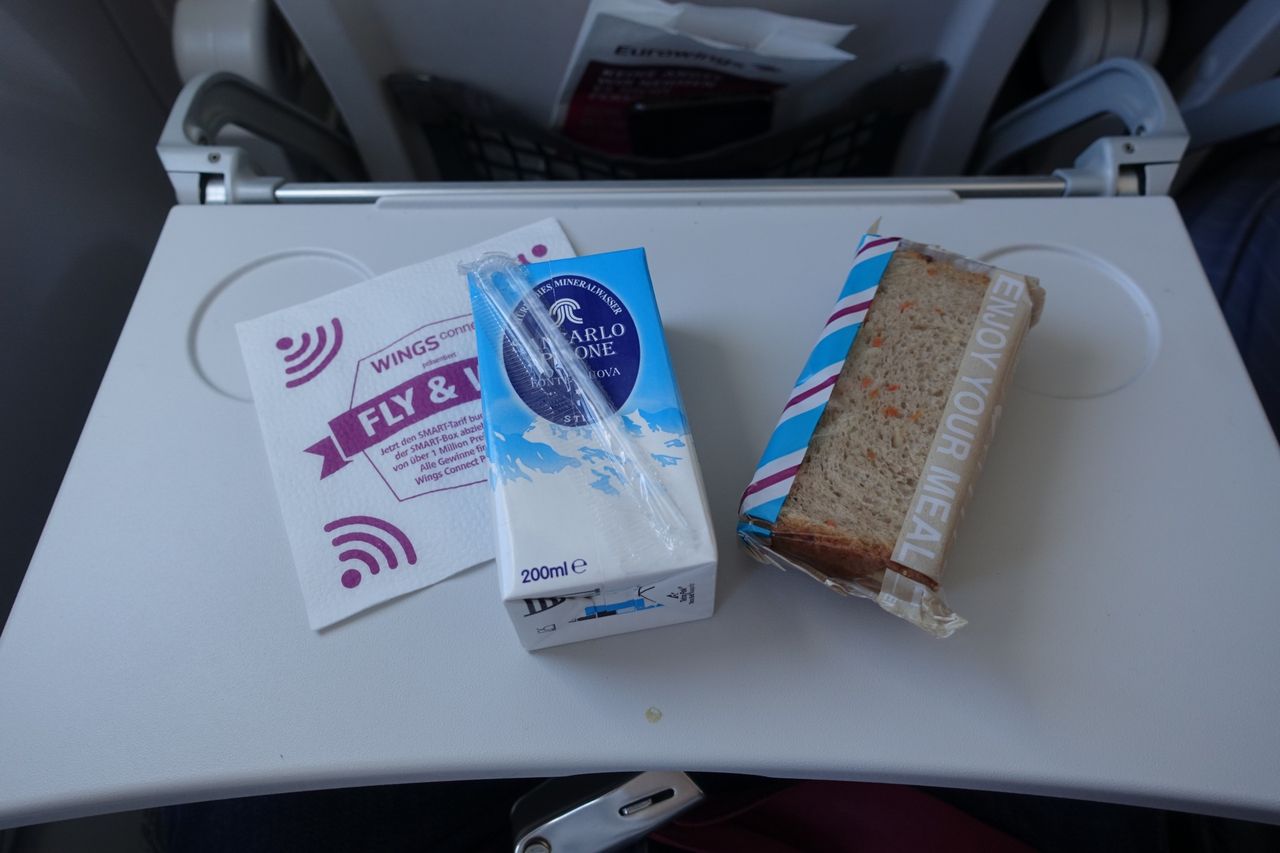 Then I had coffee for the additional non-alcoholic beverage. 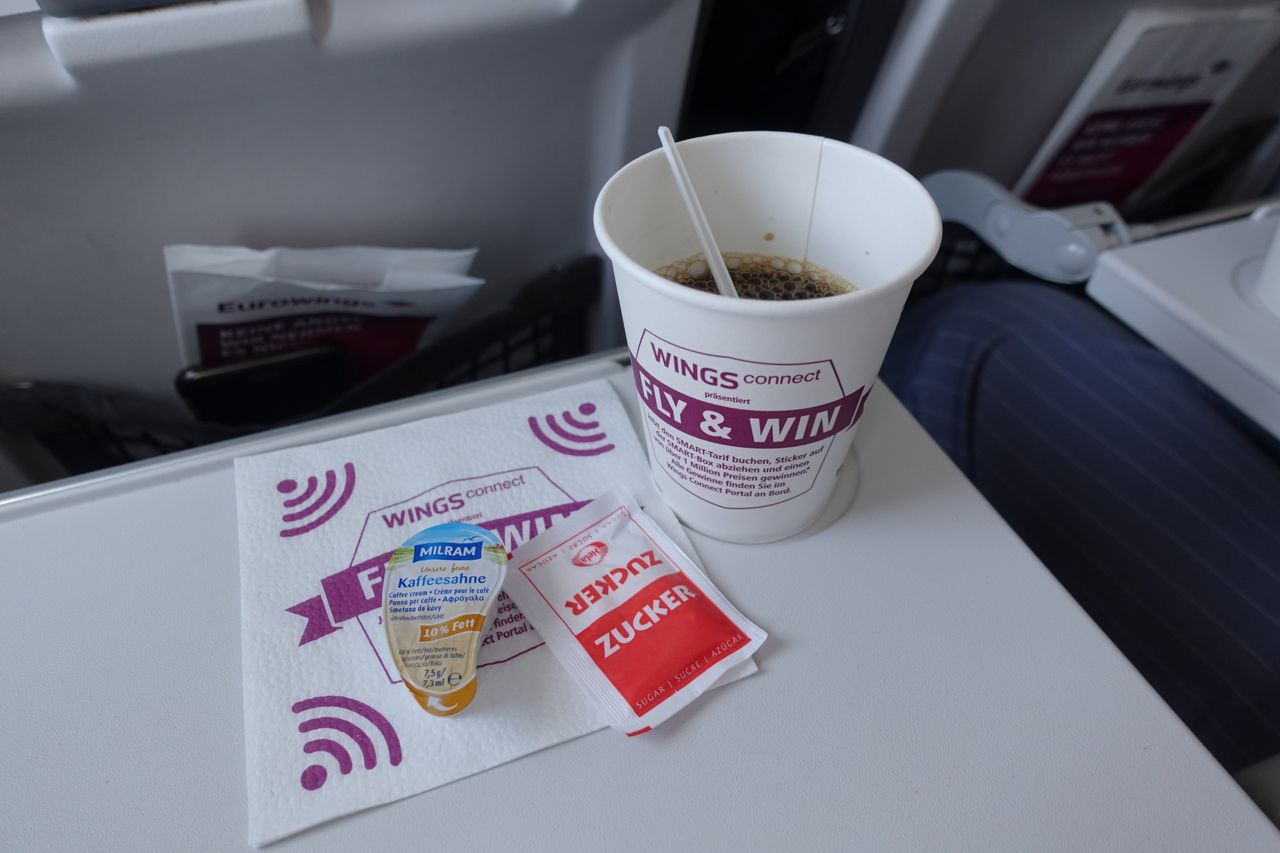 Seatbelt sign was switched on at 14:28pm as we were passing through some turbulence. 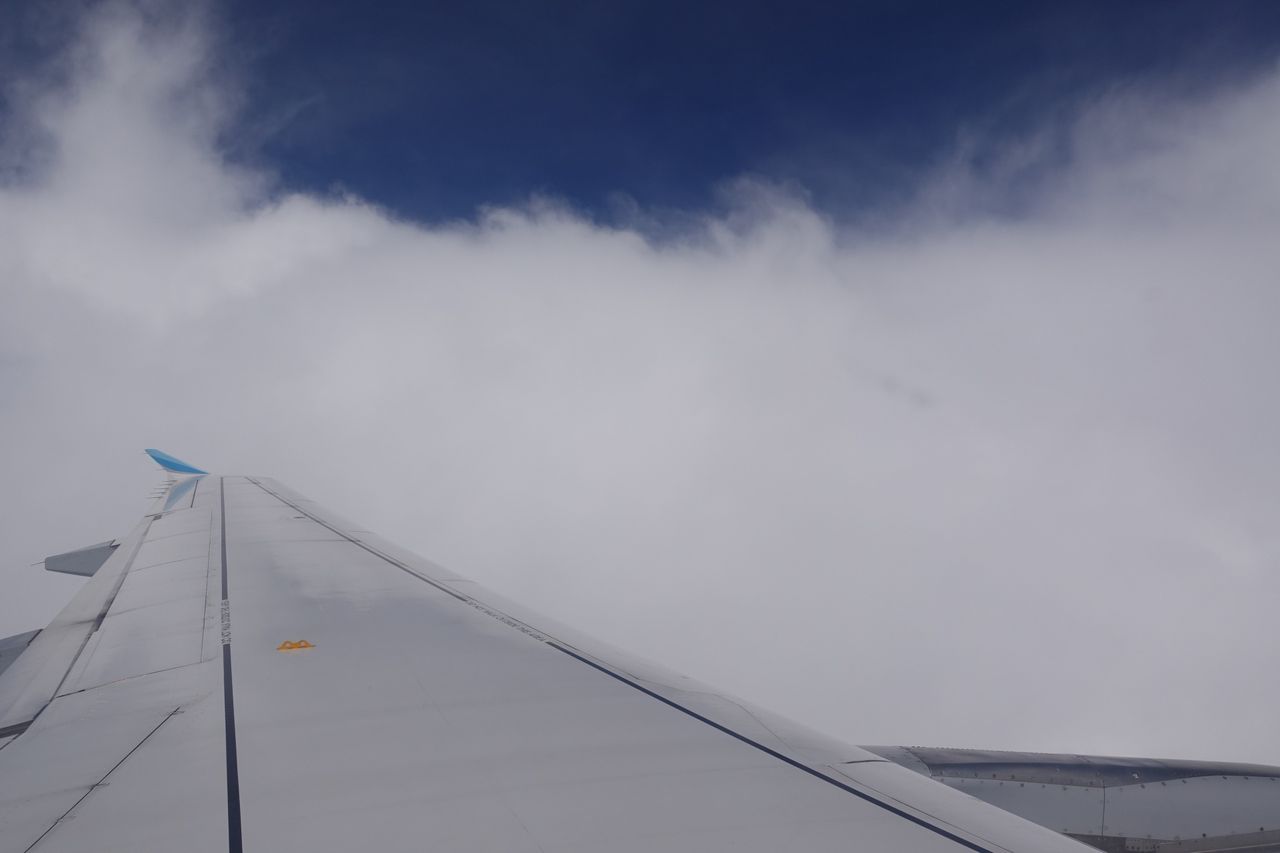 Passing through Neuburg Air Base. 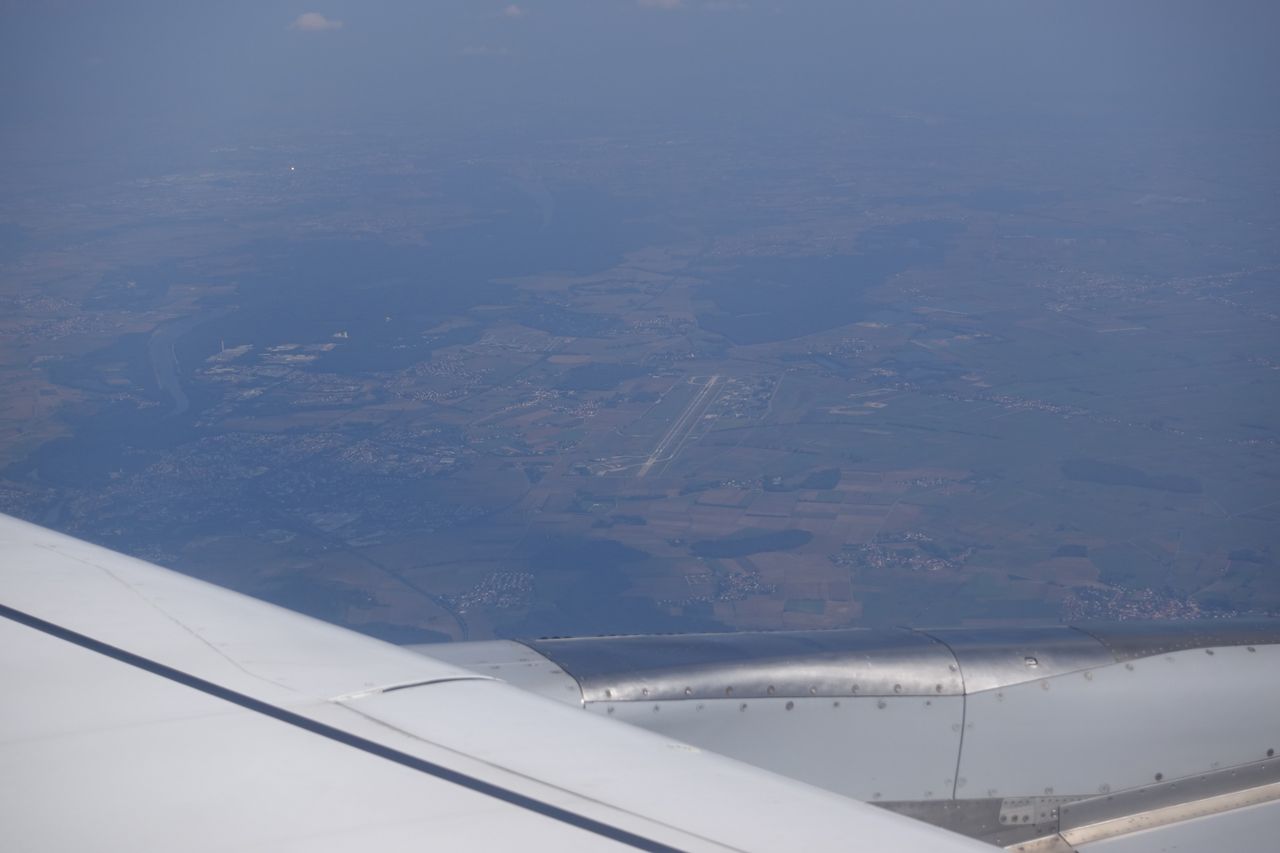 At 14:42pm, announcement from cockpit informing that we had started our descend into Munich Airport. 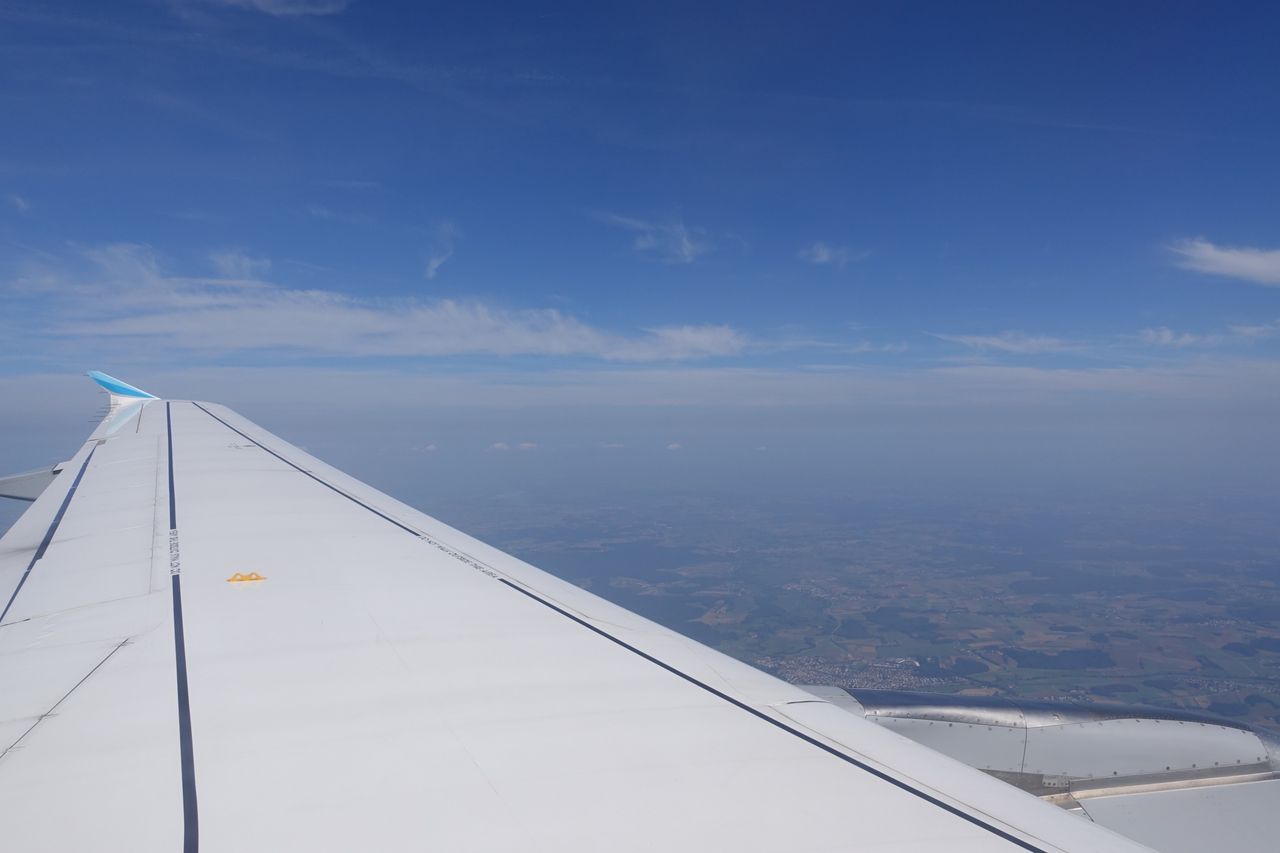 The weather in Bavarian was quite nice with good visibility. 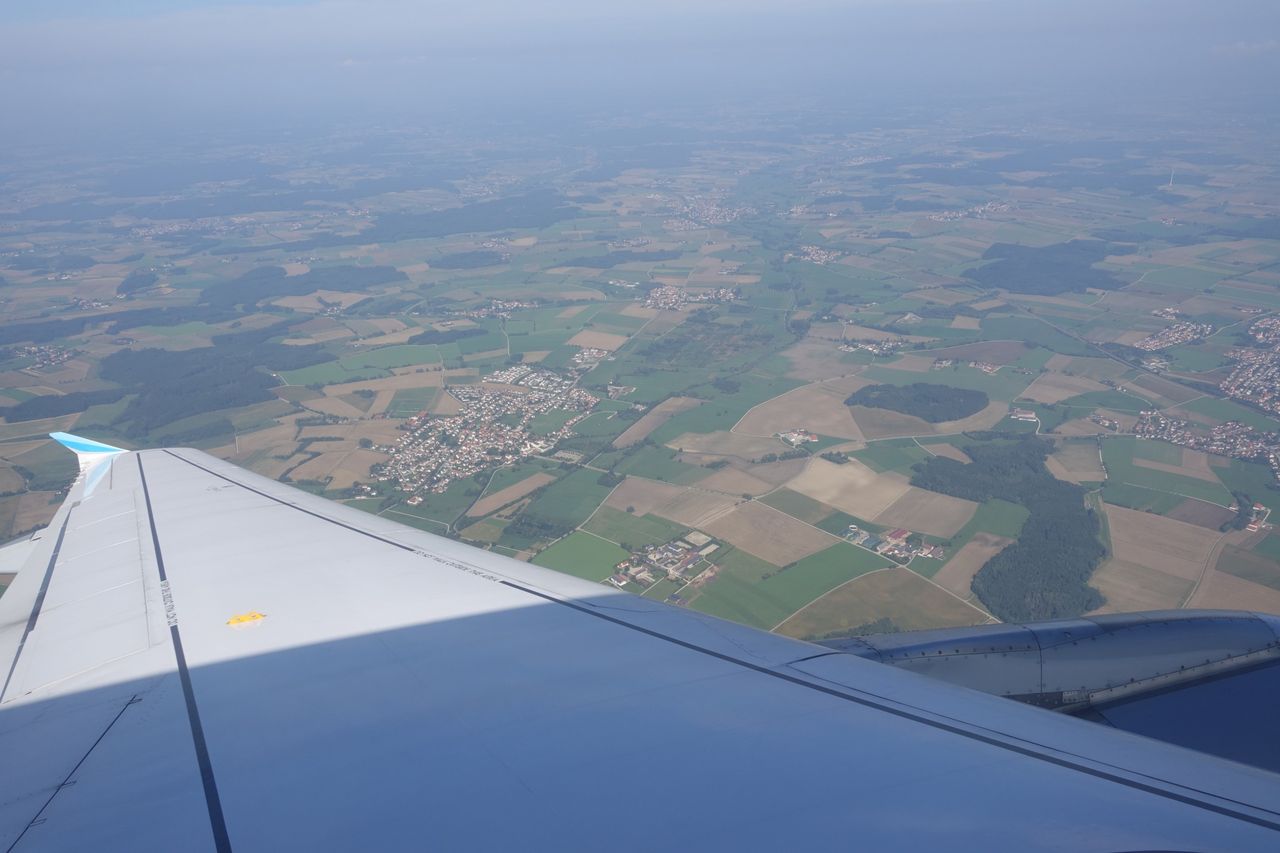 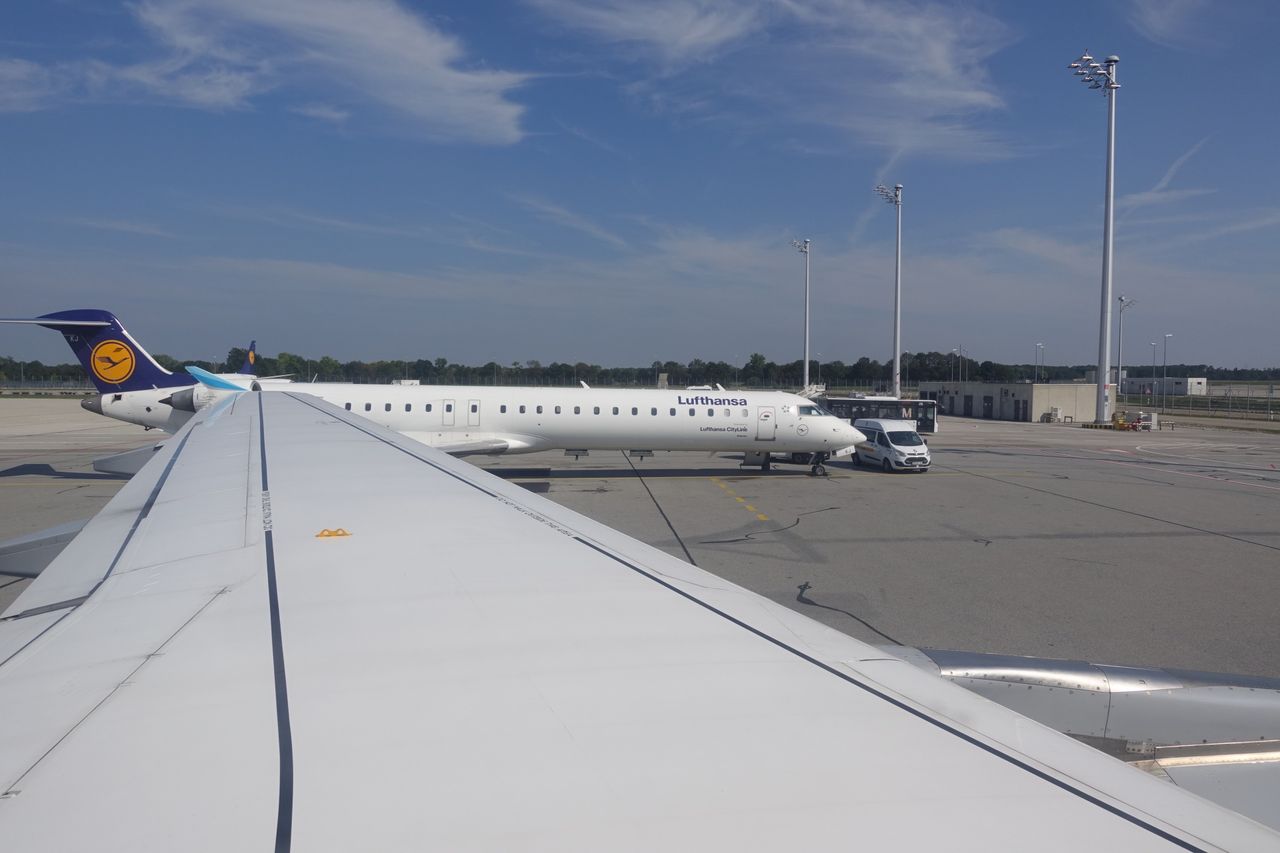 Cabin during deplaning. My seat 11A is located in the middle of the aircraft after the exit row. 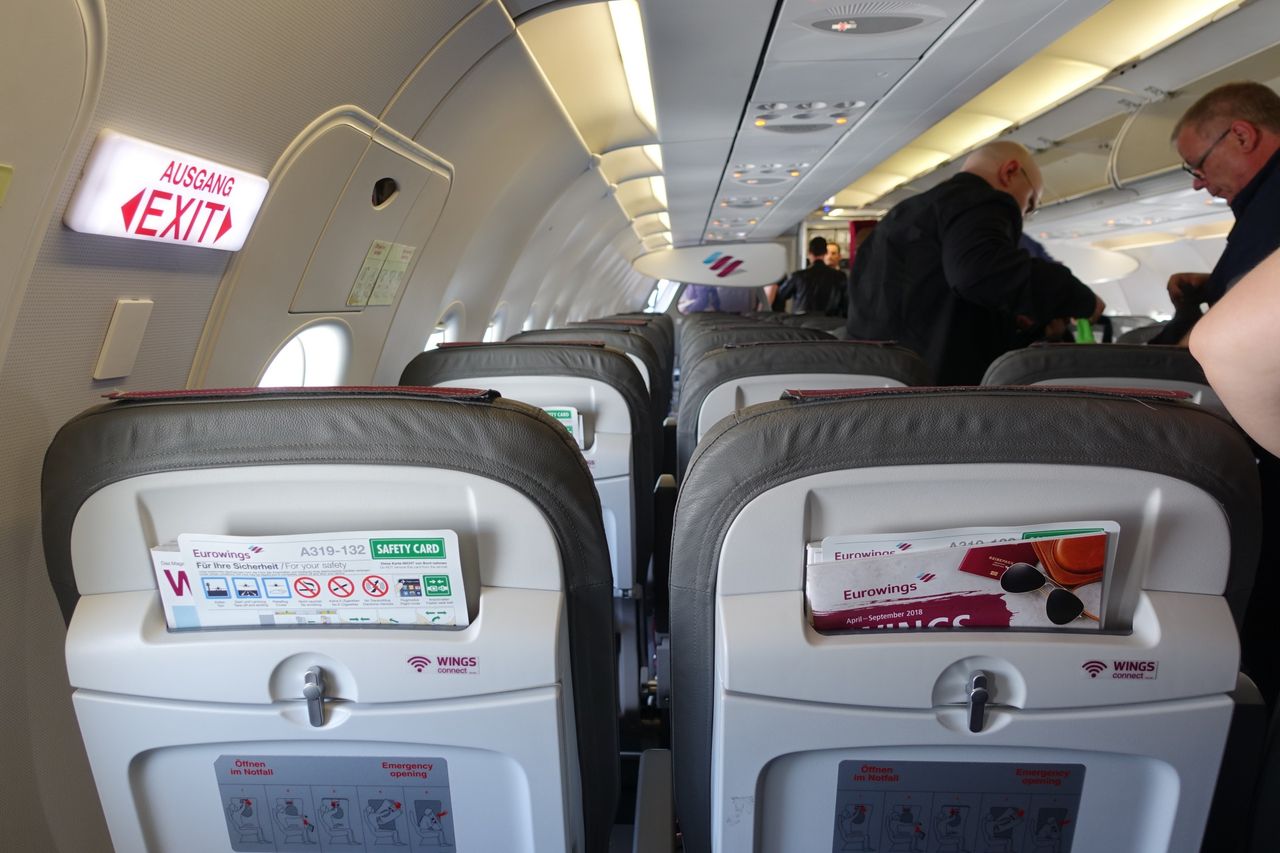 We disembarked from the front door and got on the bus to the main terminal. 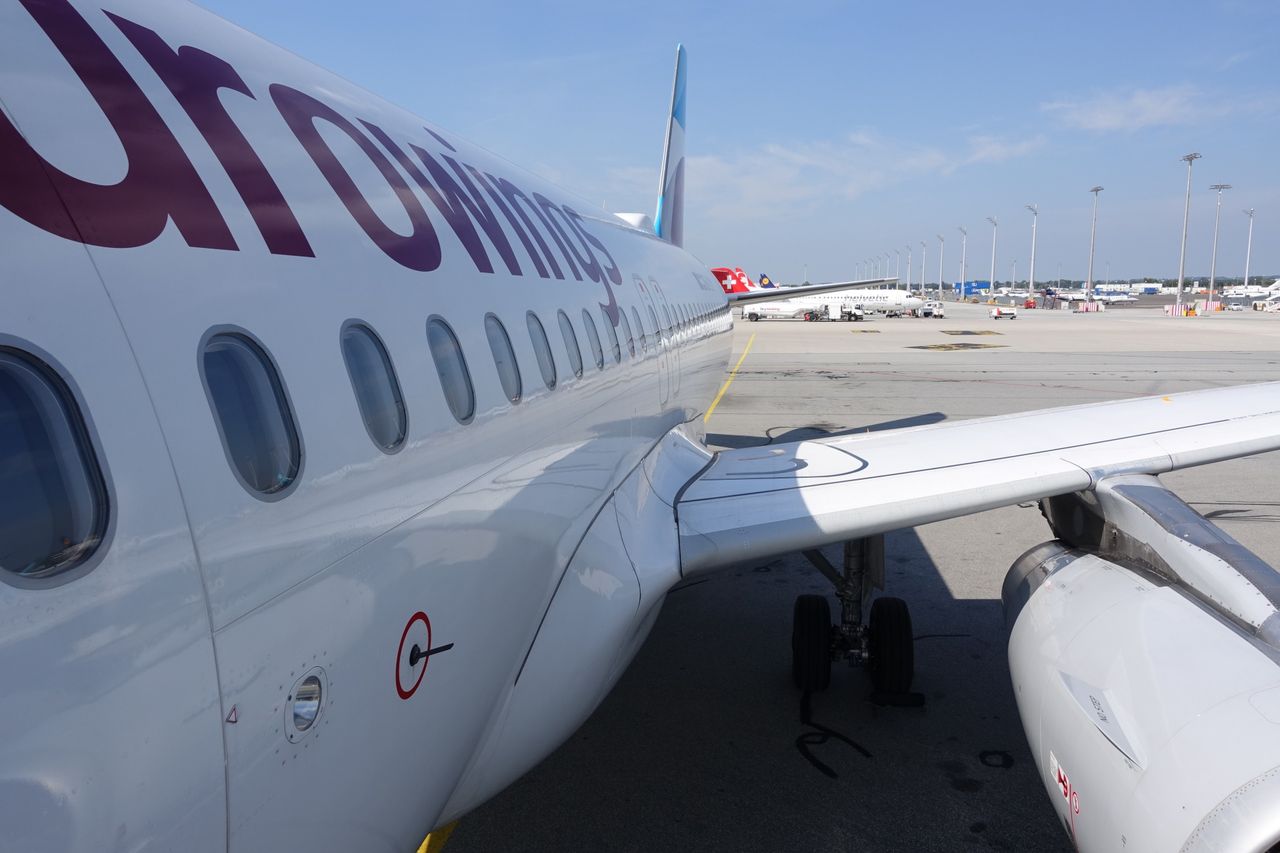 Last view of the aircraft. OE-LYY, delivered to Germanwings as D-AGWQ in March 2010 and transfer to Eurowings Europe inJune 2017. 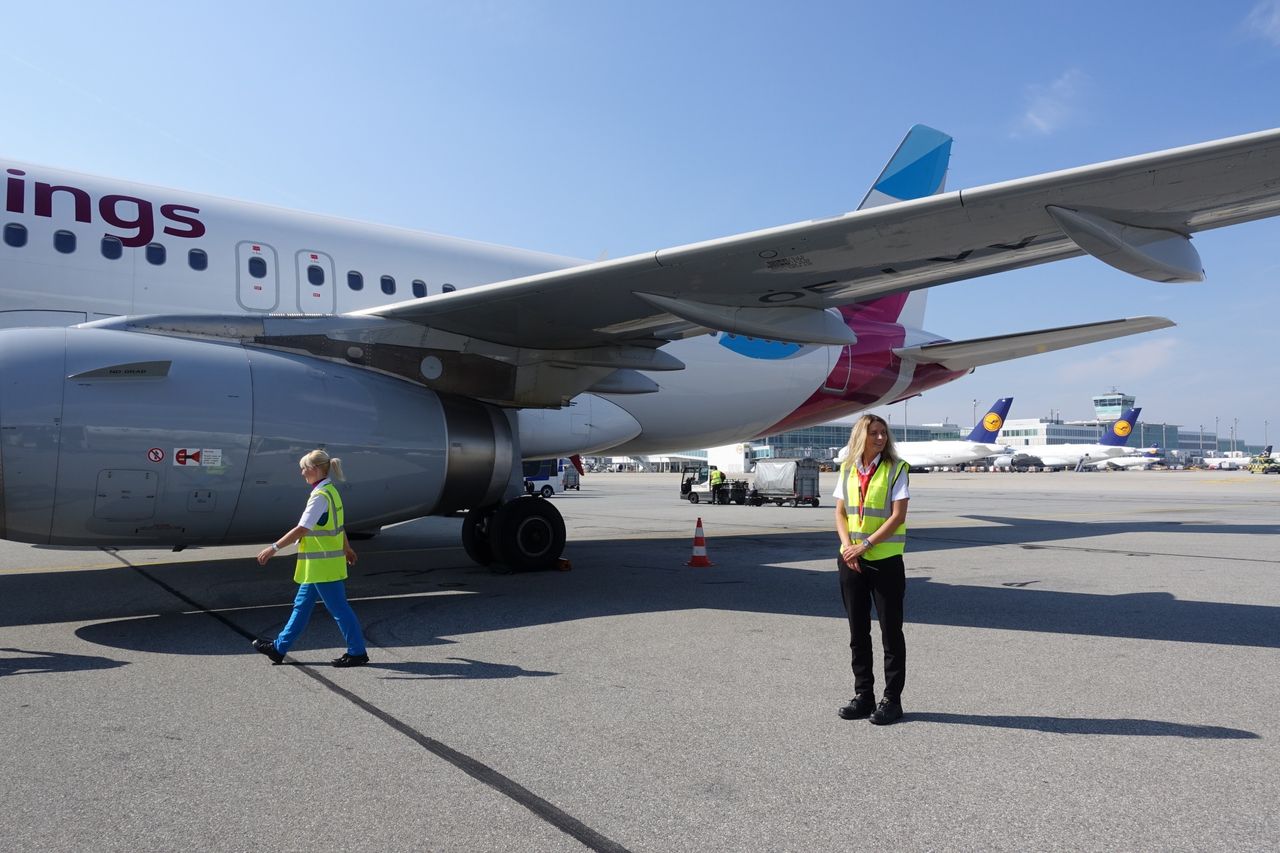 Honestly, I am quite satisfied with Eurowings SMART fare, the meal box is definitely better than the snacks provided by Lufthansa. For the other aspects, I really cannot see the difference between Eurowings and Lufthansa.

The contributors of Flight-Report published 3 reviews of 2 airlines on the route Düsseldorf (DUS) → Munich (MUC).