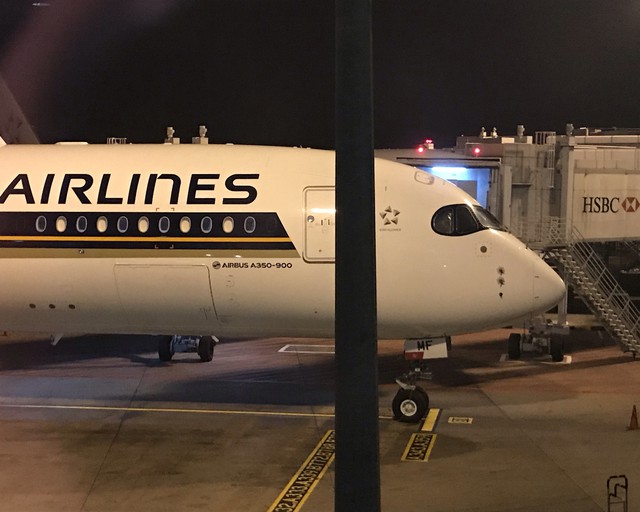 #6 out of 78 Airlines A minimum of 10 flight-reports within the past two years is required to appear in the rankings. 644 reviews

Hi, welcome back to part 2 of 6 in this group of trip reports of a trip I just came back from around europe. Today… Singapore to Munich aboard Singapore Airlines shiny A350-900!  Enjoy!

Connecting to another flight through Singapore Changi Airport is a breeze! I was connecting from my last flight from Auckland, I had around 2 hours and 30 mins until my flight to Munich leaves. I was leaving from terminal 3 and my flight arrived in terminal 2. Getting from terminal to terminal is easy with the Skytrain. Once I was off the flight, I took the skytrain to terminal 3. In just 3 minutes, I was at my departing terminal. By then, I had around 2 hours until my flight to Munich was scheduled to board. To fill in that time, I had a look around the many Duty Free stores at Changi Airport. I then started to walk to my gate, a 2 hour connection goes quicker than you think! At Changi airport, security scanning is completed at the gate, I departed from Gate B26 which is part of a gate lounge with 3 gates all in one. Once completing security, it was time to board. Boarding was smooth and quick. We were on time for departure. 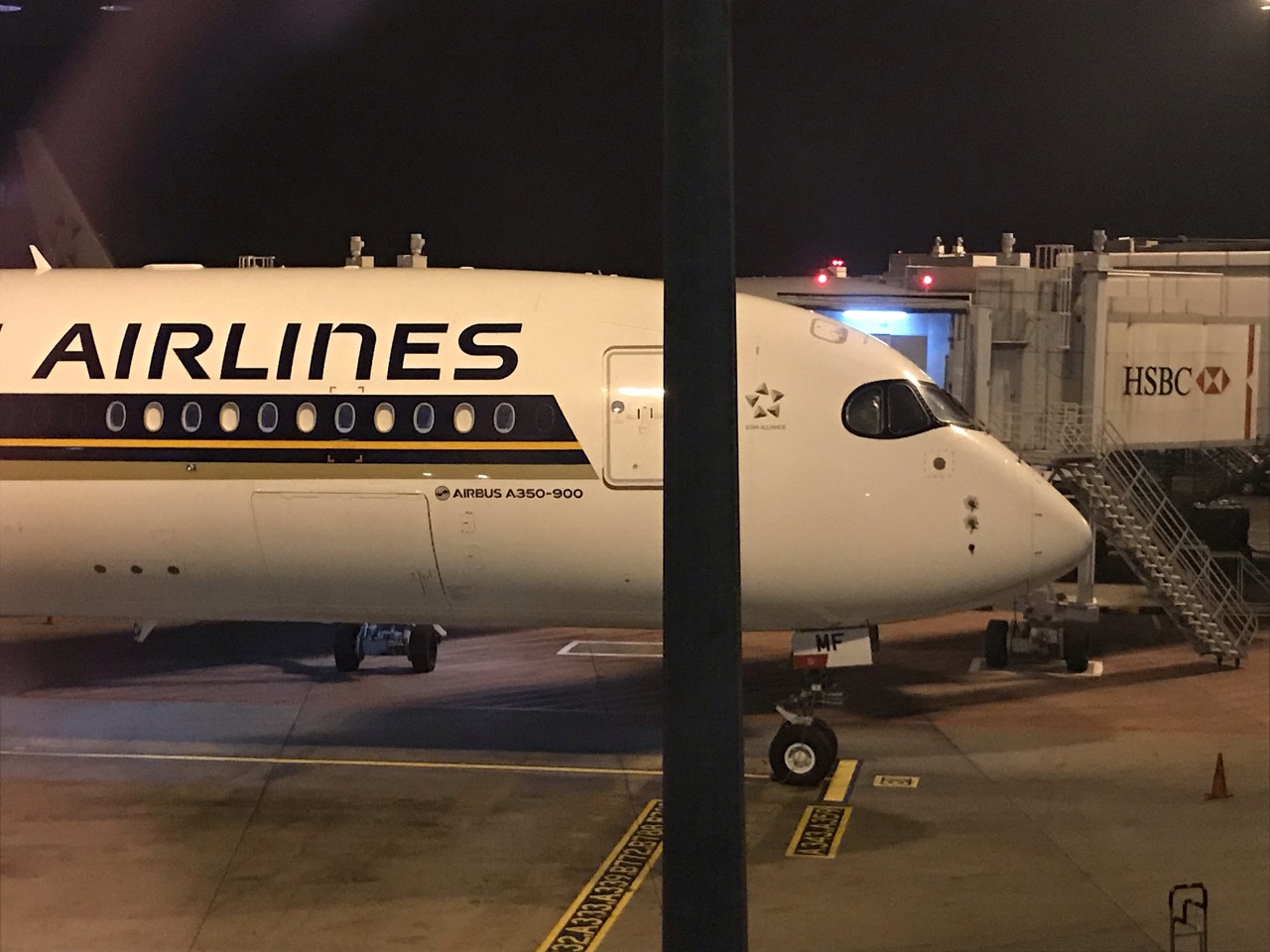 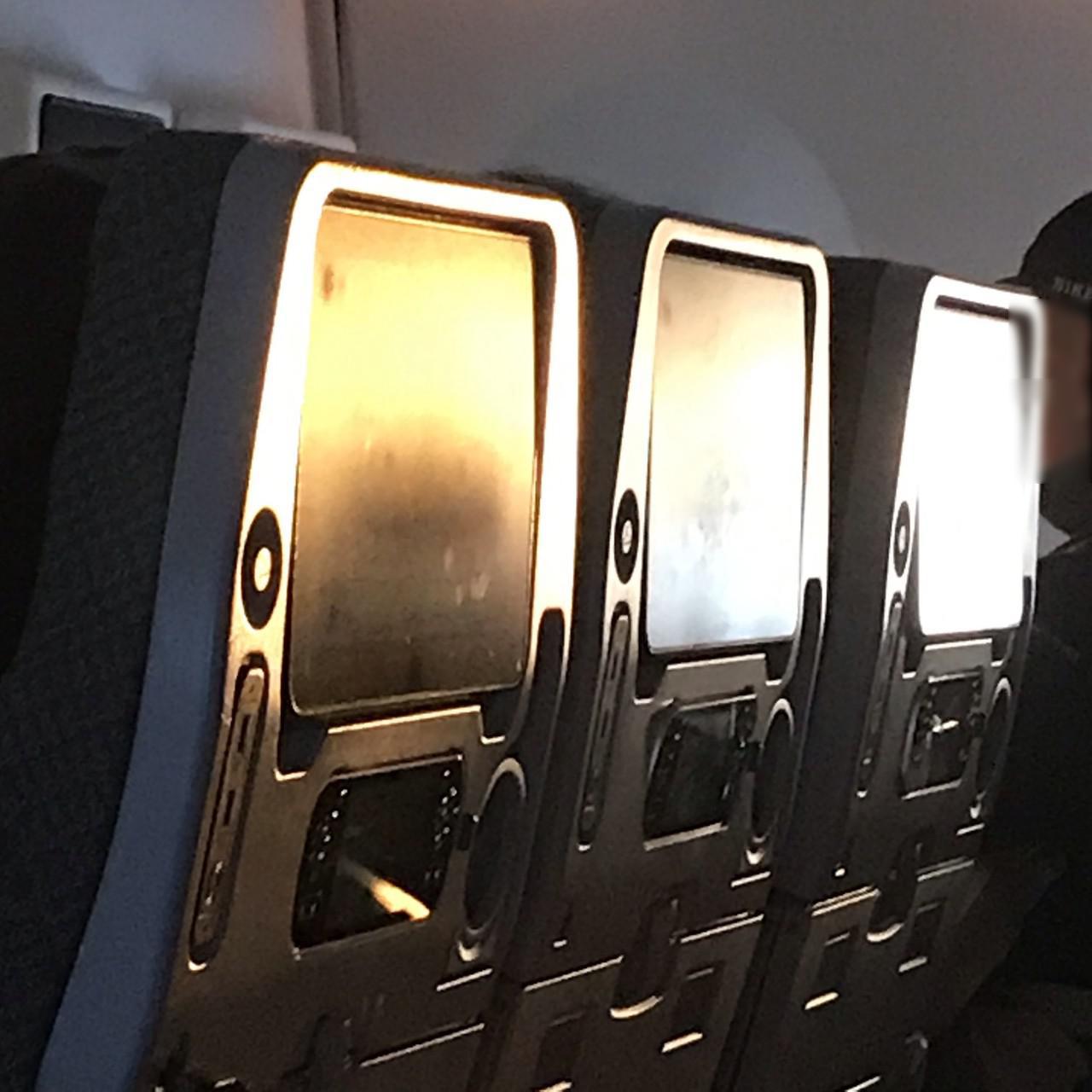 (Sorry for the bad quality) The cabin looks much the same as the new 777-300ER cabin I flew on my last flight.

The seat and the entire cabin are much the same on the A350 as on the 777-300ER, although you can definetly tell that this cabin is much newer. The leg room was a bit better than the 777 but not great. The upside though, this front economy cabin was only 75 - 85% full. There was a spare row infront of me, which meant I got to lie flat at get a great nights sleep for this flight. Again, as usual, a blanket and pillow was provided at each seat. The amenity kits and menus were handed out after takeoff. I also requested an eyemask, which the crew were happy to provide. I requested for a do not disturb sticker to be placed on my seat for the second meal, so I could sleep. I only ate the first meal on this flight. Although I kept the menu so I could show you. 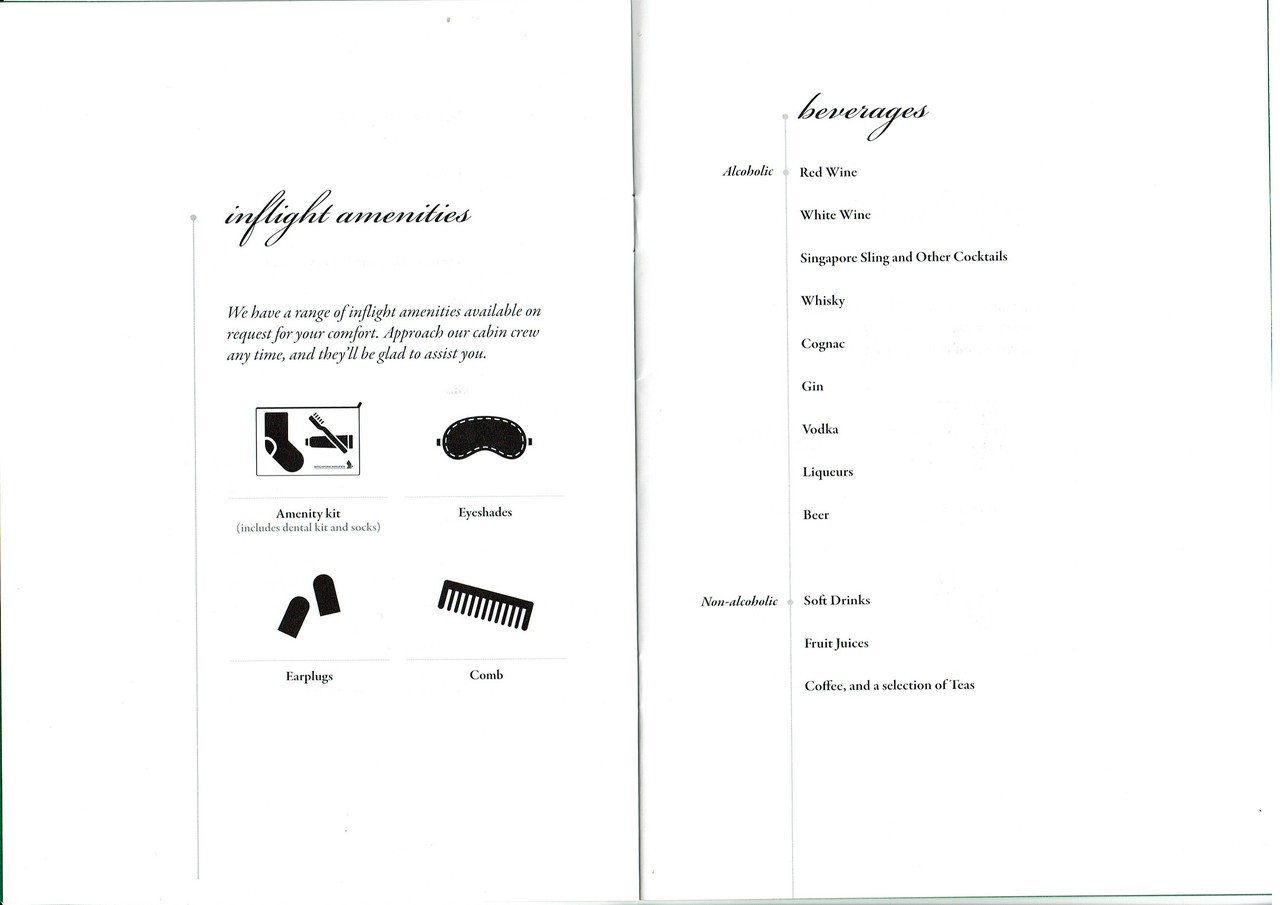 The front 2 pages of the menu, including the amenity and beverages section. 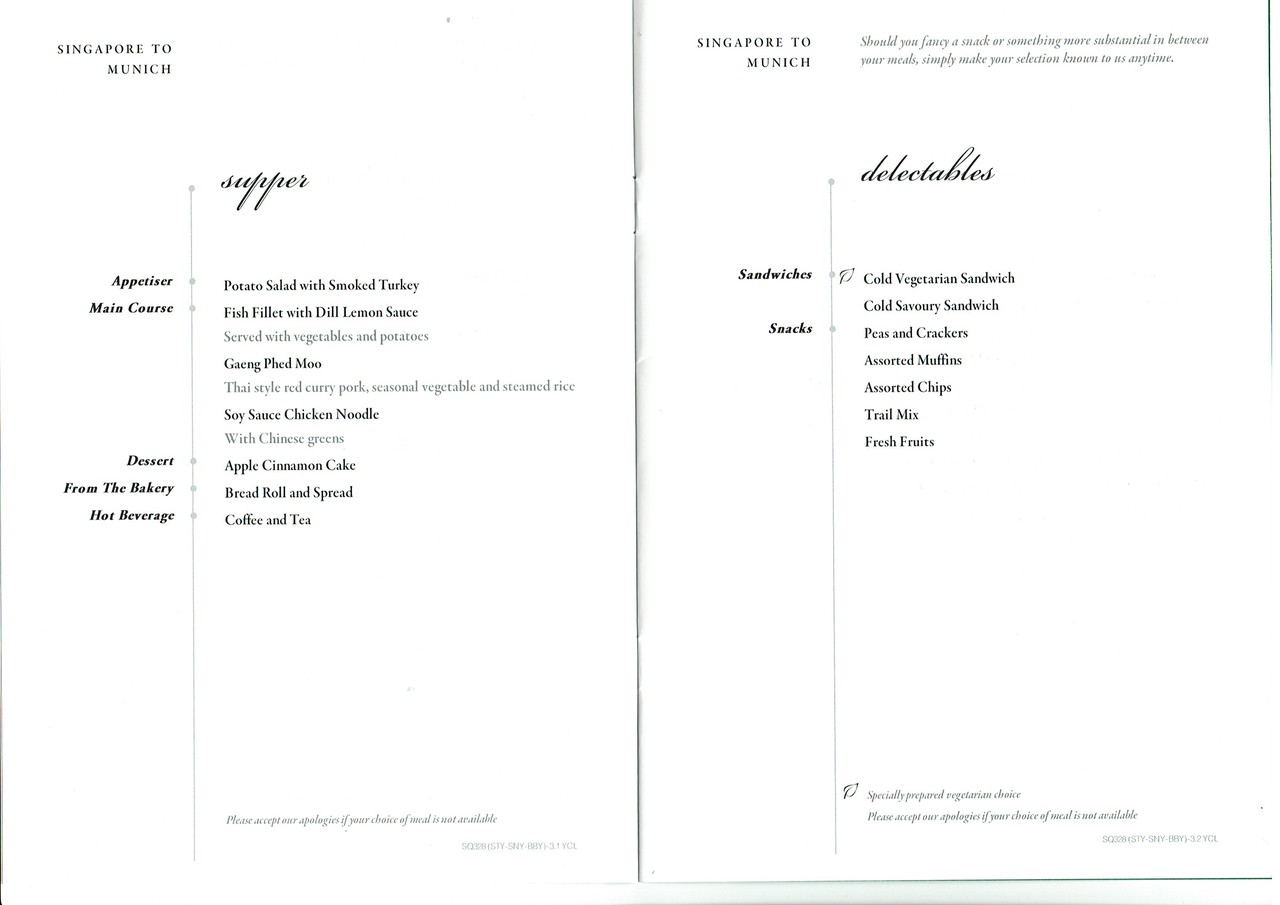 Supper (meal 1) and 'Delectables' (snacks) which are on offer simply by asking the crew, or going for a walk to the galley :) 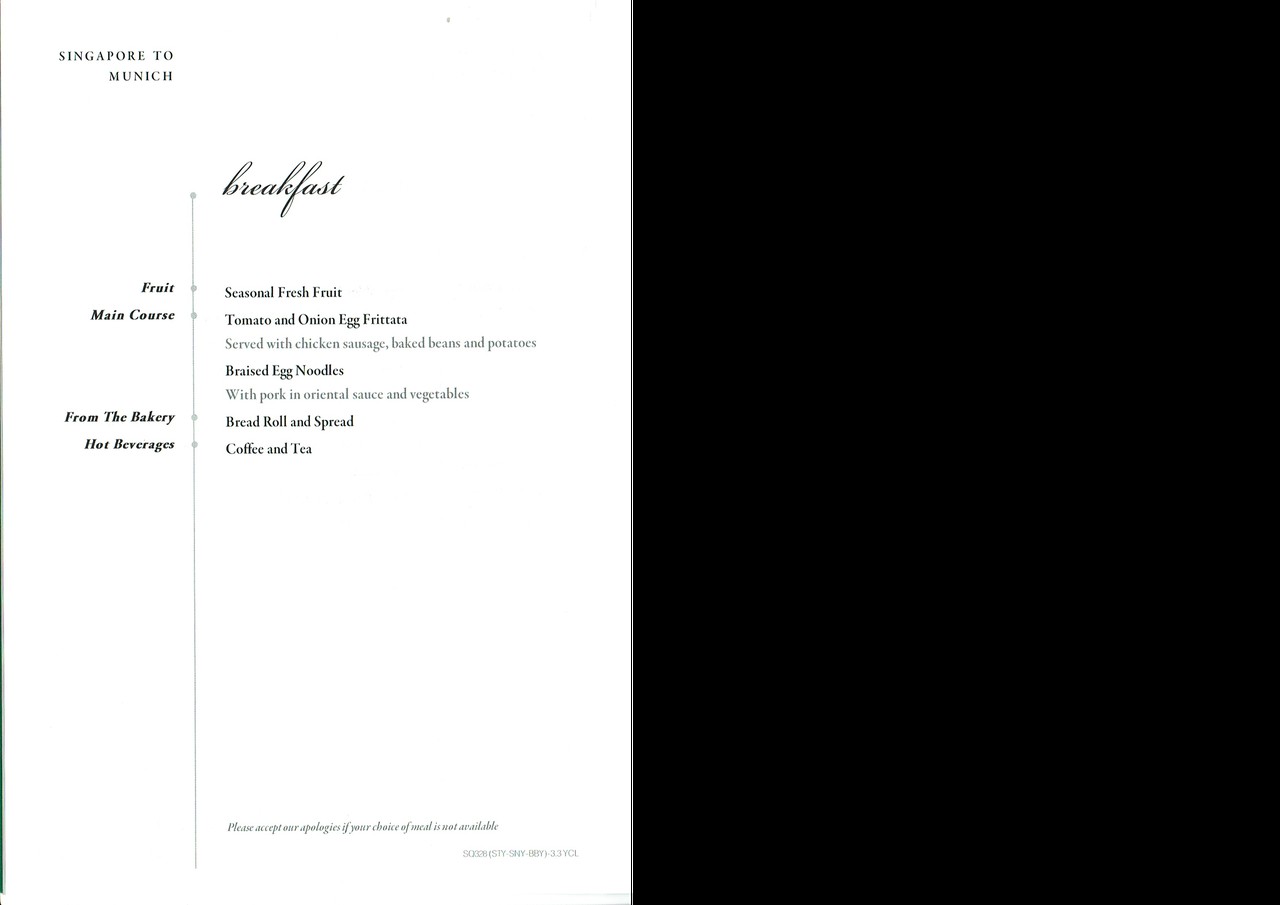 The first meal service was 'Supper' which is more like dinner. It came around 1 hour after takeoff. Meal service was again started with peas and crackers and your choice of beverage. The 3 choices for supper were fish fillet with dill lemon sauce, gaeng phed moo <i style="">or soy sauce chicken noodles. All three options sounded nice. I went with the soy sauce chicken noodles which were nice. The apple cinamon cake however was bland and dry. After meal service, I lay down and went to sleep. 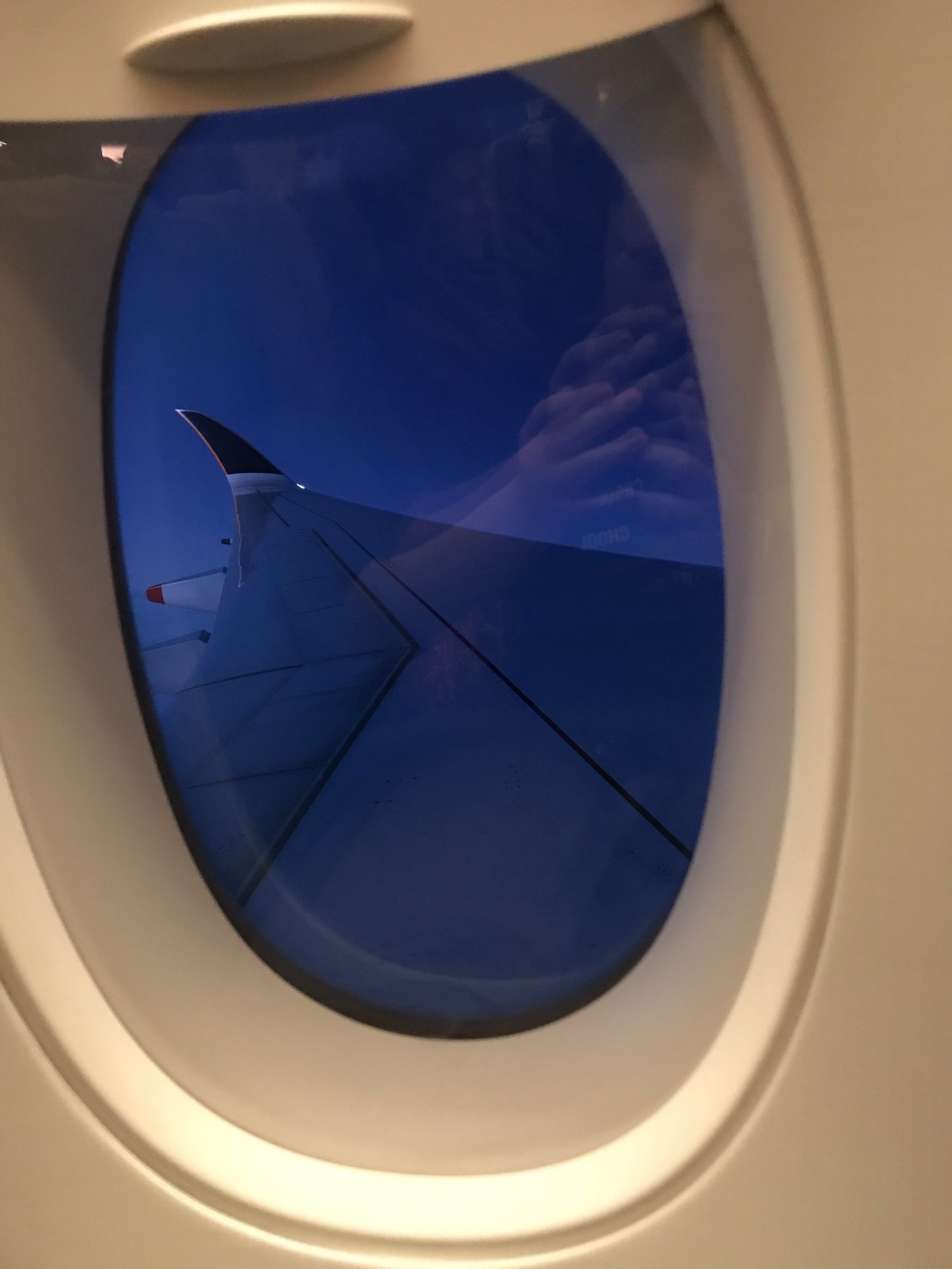 The view from 42A, look at that amazing wing!

I slept for around 8 hours straight which was a great sleep. When I woke up I checked out the IFE and watched a few movies. Before long, it was meal service number 2.

The IFE on this flight was exactly the same as on the 777-300ER that I took on the last flight, although it seems to be quite alot faster. 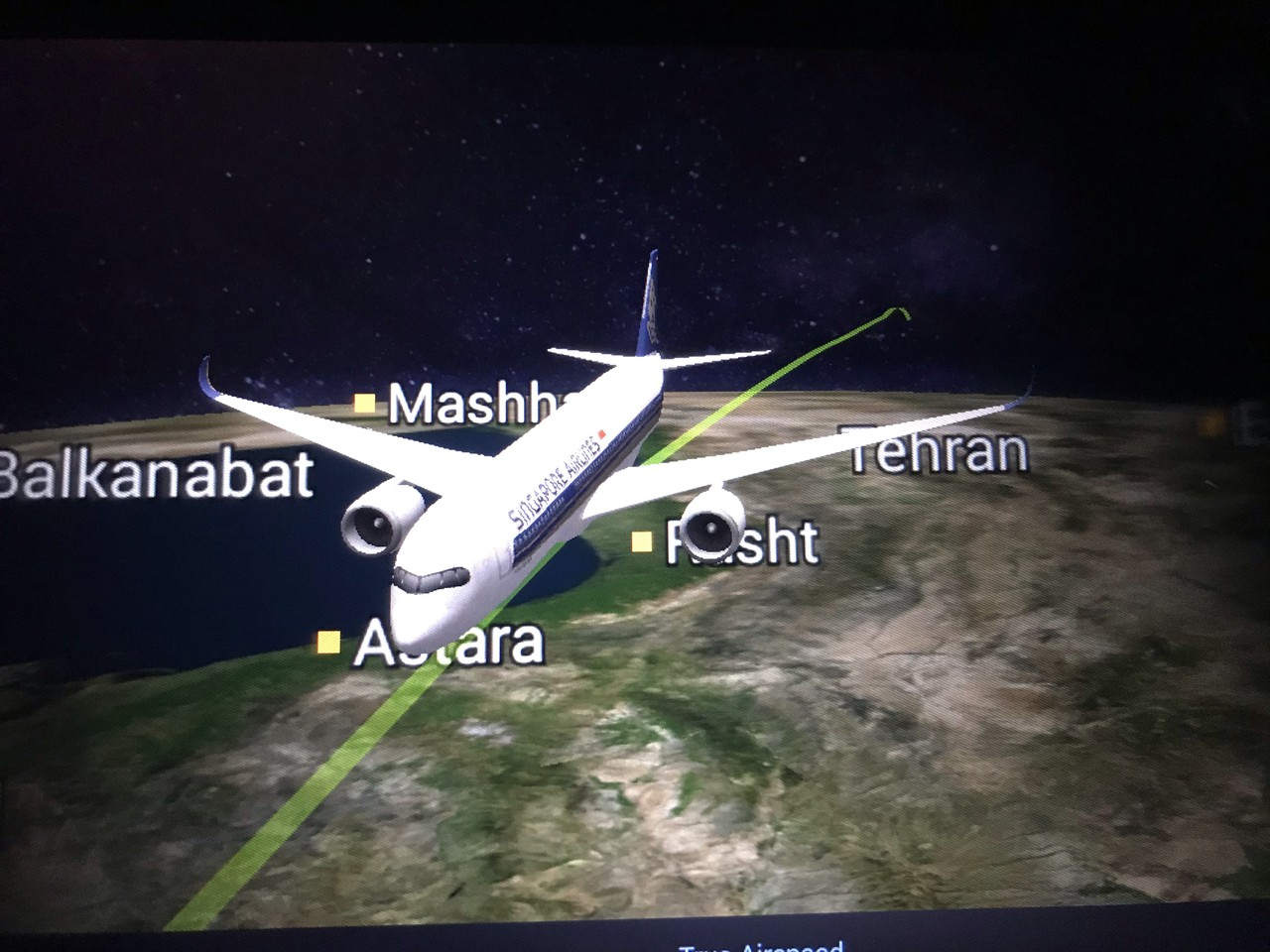 This is the moving 3D map, was a lot faster than and more responsive than on the 777, and look at that great 3D model!

Meal #2 was breakfast, served while the sun rose over germany. The options were Tomato and Onion Egg Fritata or Braised Egg Noodles. After waking up from an 8 hr sleep, I was not hungry so I went with just a yoghurt for breakfast. Although, looking at the other meal options, they both looked and sounded nice. 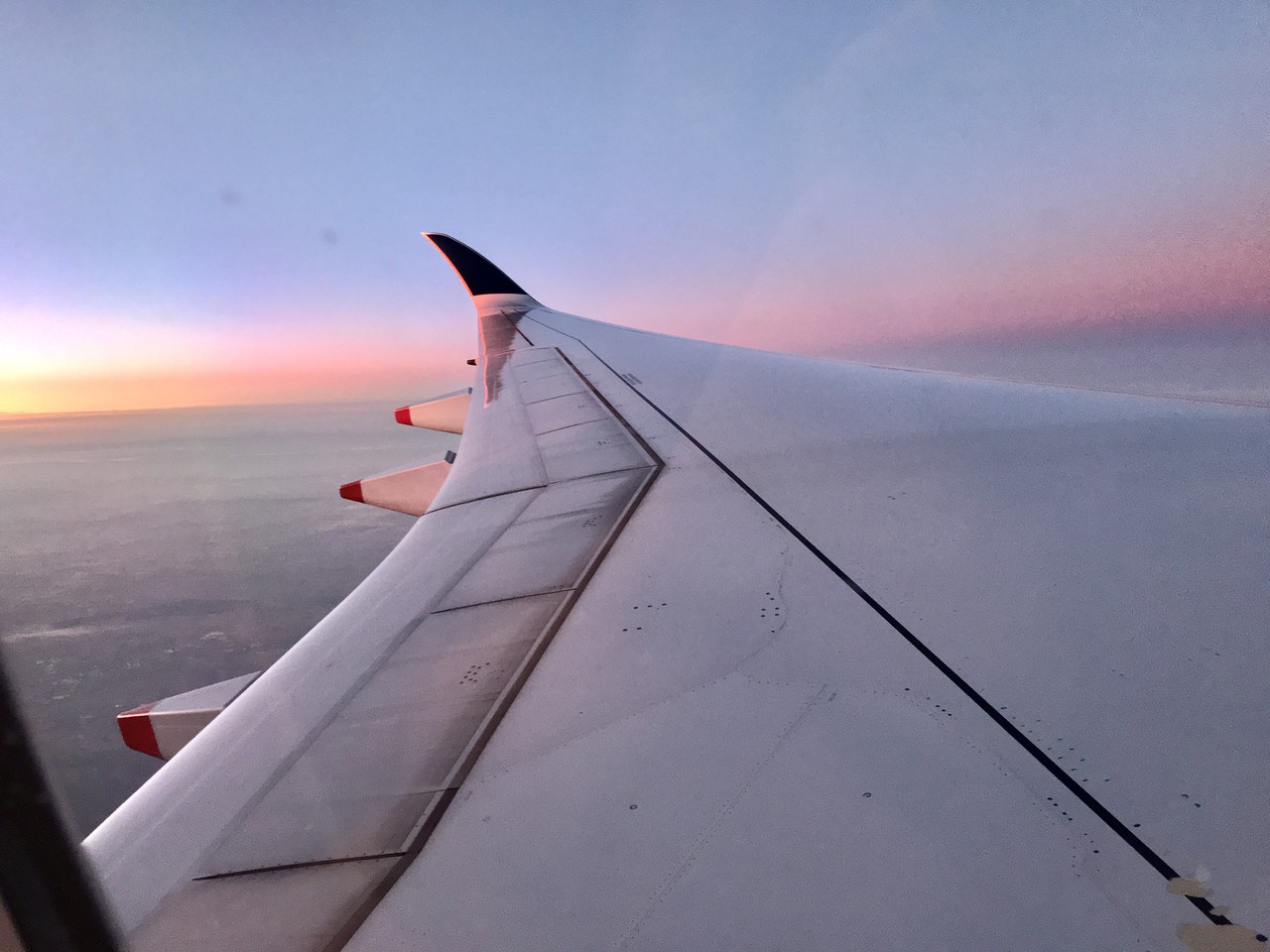 Before long, we had started our decent into Munich. While descending into Munich we made lots of turns to line up with our runway. After the seatbelt sign was turned on, we landed about 45 mins later. 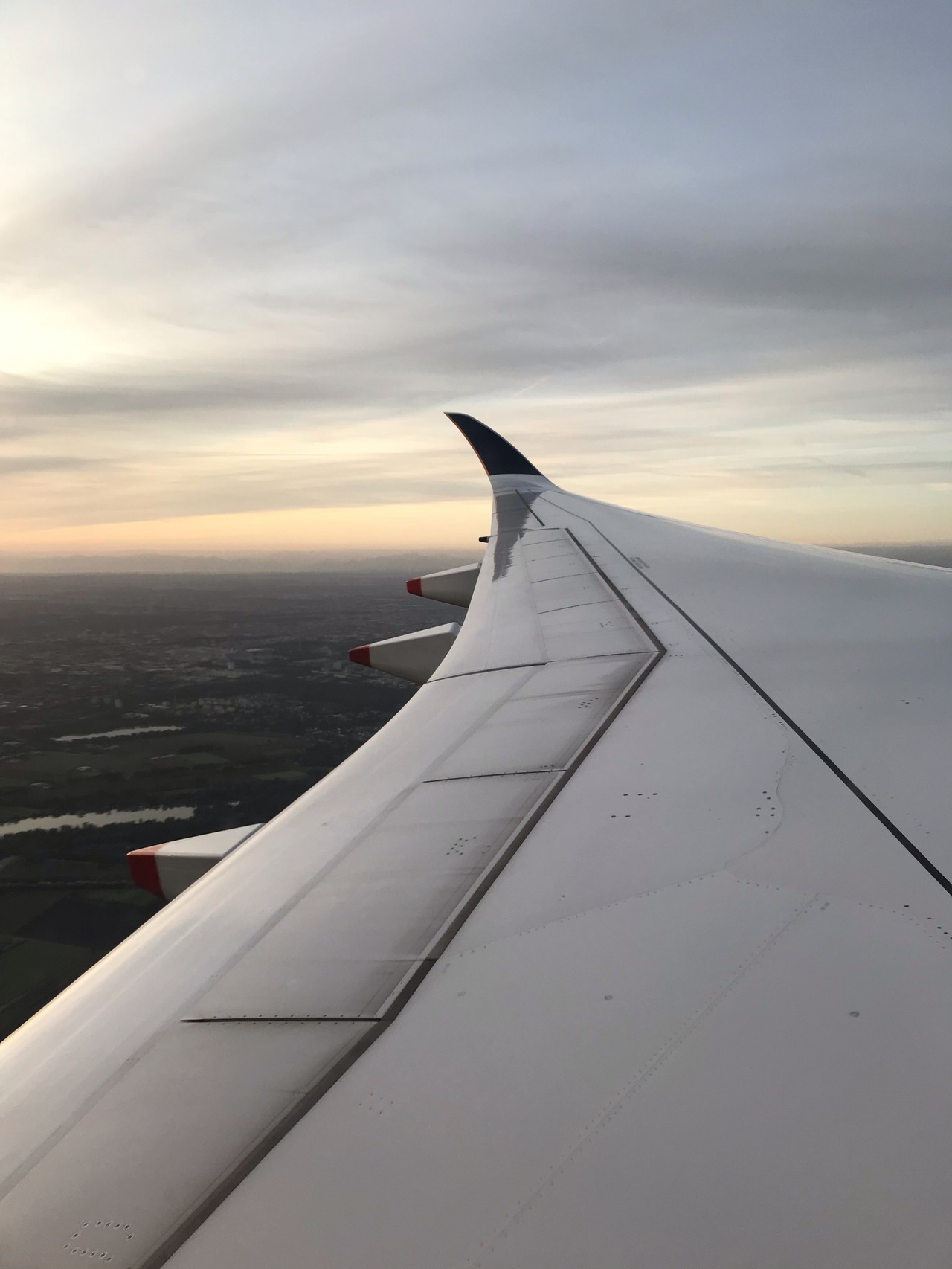 Arriving into munich airport was great. The airport was very clean and very efficient. It was a simple walk to the baggage claim from our gate, the walk only took 5 - 6 mins. Once I collected my bag, I headed to passport control, which was quick, and there was almost no line! After just 30 mins from landing, I was standing outside in the fresh air of Munich! This was very quick and a great passenger experience. Taxing to our gate at Munich airport.

Overall, this was a great flight. The cabin crew were miles better than on my last flight, they were so kind and friendly and were willing to do anything for me to make the flight better. I asked for a snack mid flight after I declined my breakfast and the crew brought a plate full including fresh fruit and sandwiches. Little things like this makes the flight much better. On the whole, this flight was so much better that my last flight with SQ, that is why I rated them 9.5/10. Both departure (Changi) and arrival (Munich) aiports were great and provided a great customer experience.

Thanks for reading, Happy flying!

The contributors of Flight-Report published 3 reviews of 2 airlines on the route Singapore (SIN) → Munich (MUC).

The average flight time is 12 hours and 26 minutes.