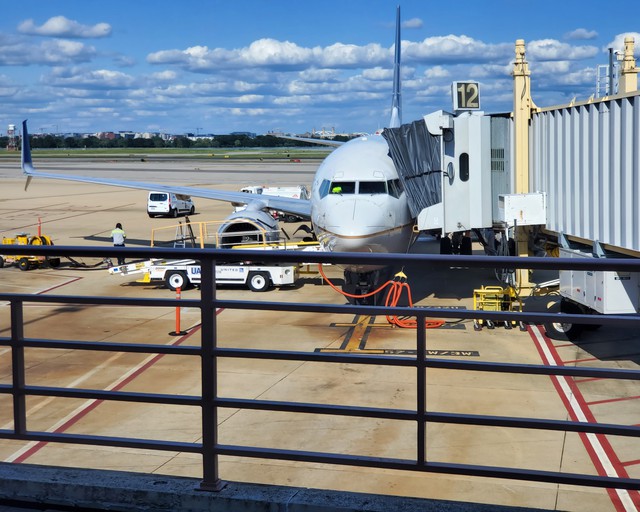 This is my first international trip since the beginning of the pandemic. I've been itching to travel somewhere and figured I'd do a short trip first to dip my toes in the water. The tickets were booked with cash. 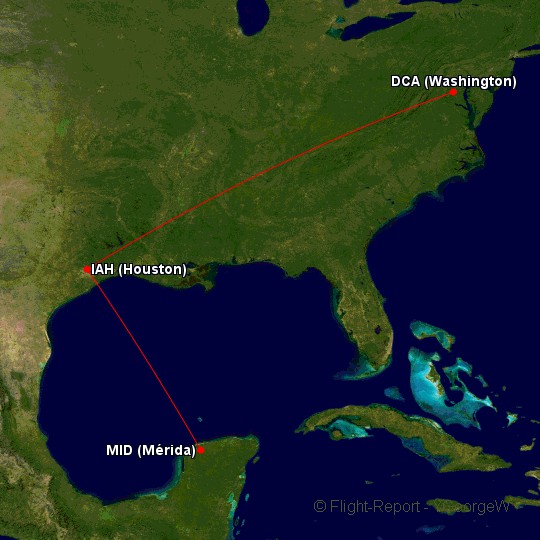 I arrived a little earlier than usual to grab a bite before I board.  I don't know what United is going to cater either on this leg or IAH-MID, so better safe than sorry.  As an aside, I'd recommend taking the Metro instead of a rideshare/taxi on Friday afternoons–you'll save money and time.

The check-in process was smooth and easy as there no one was using the Premier Access check-in and the combo of CLEAR and PreCheck always saves a bunch of time going through security.

Unfortunately, the United Club at DCA was still closed as of this flight, so a meal at Bracket Room it is! 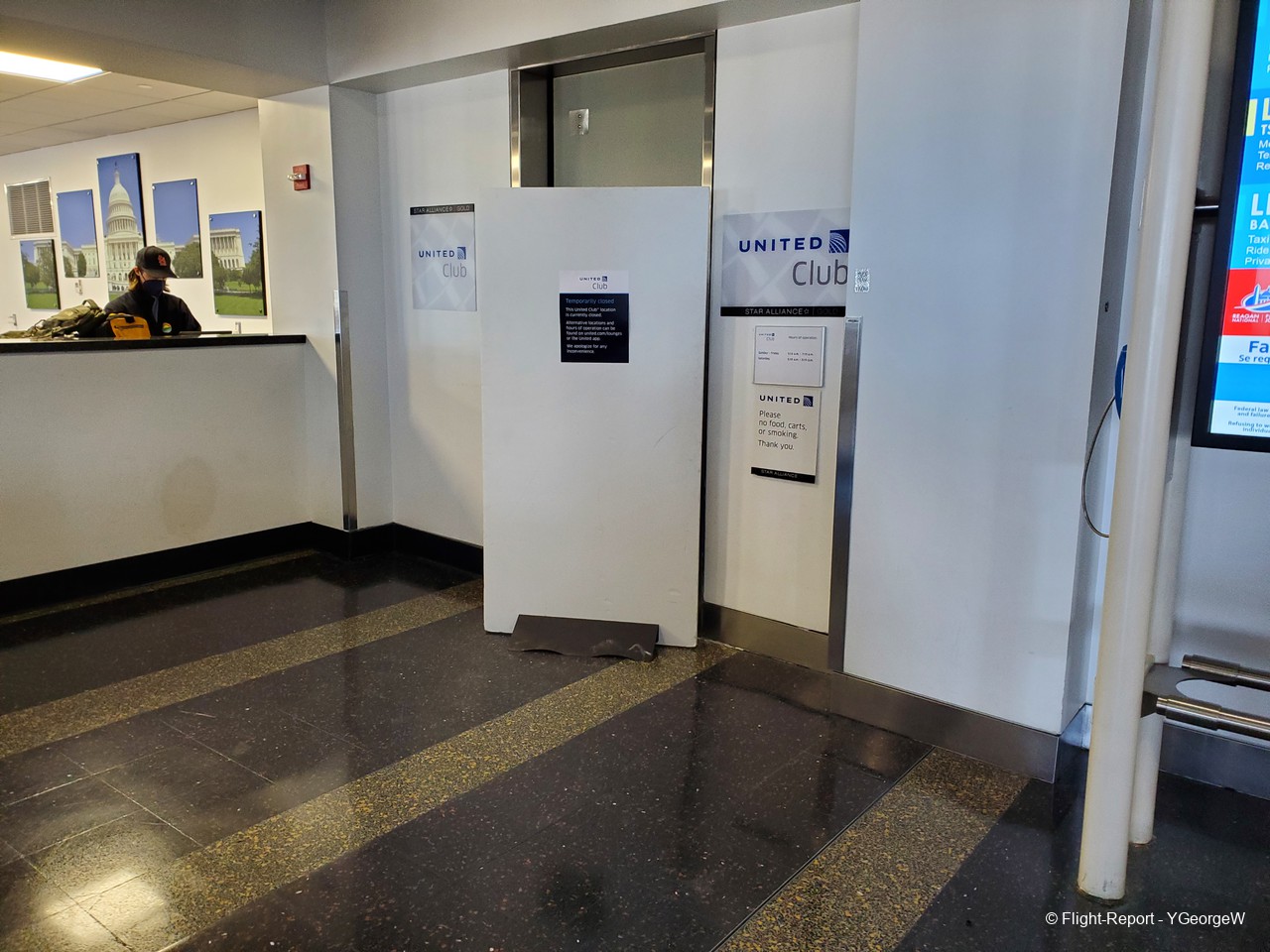 Nothing has changed since the last time I was here. Though this place was packed! I could not find a single empty table, so I had to go bar area to find seating. 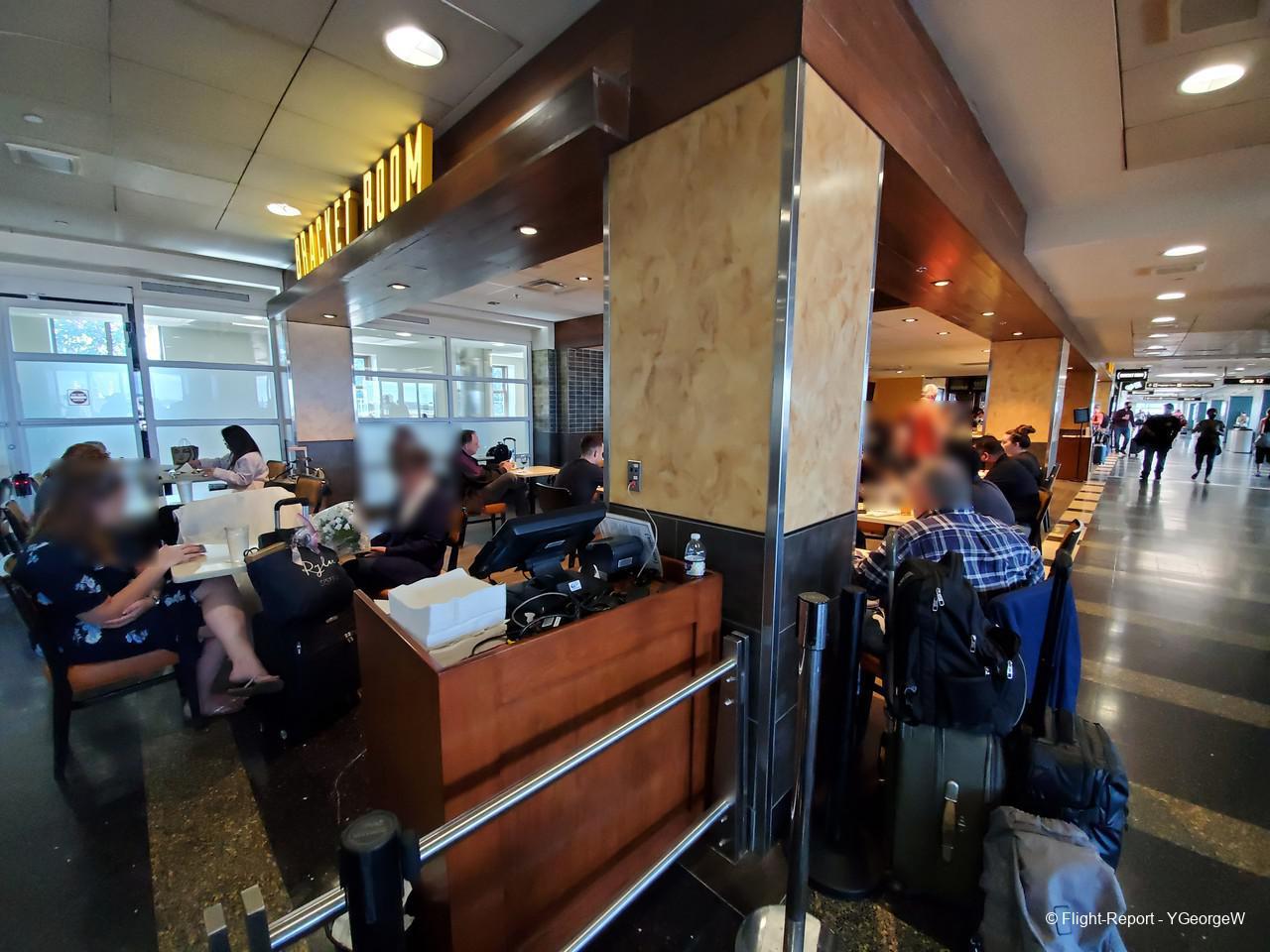 When I was here, the only open seating was at the lower table. 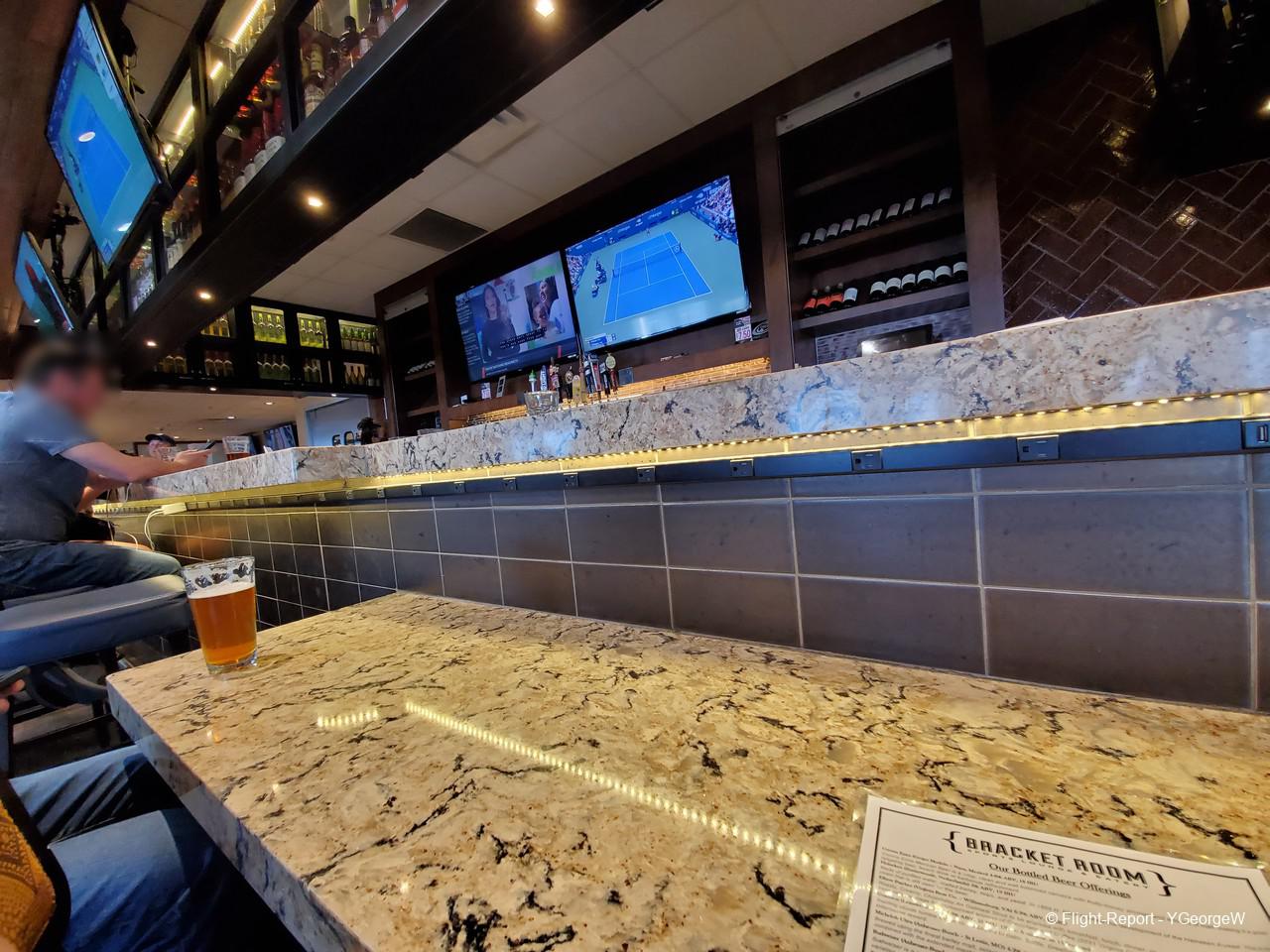 Here is the drinks menu: 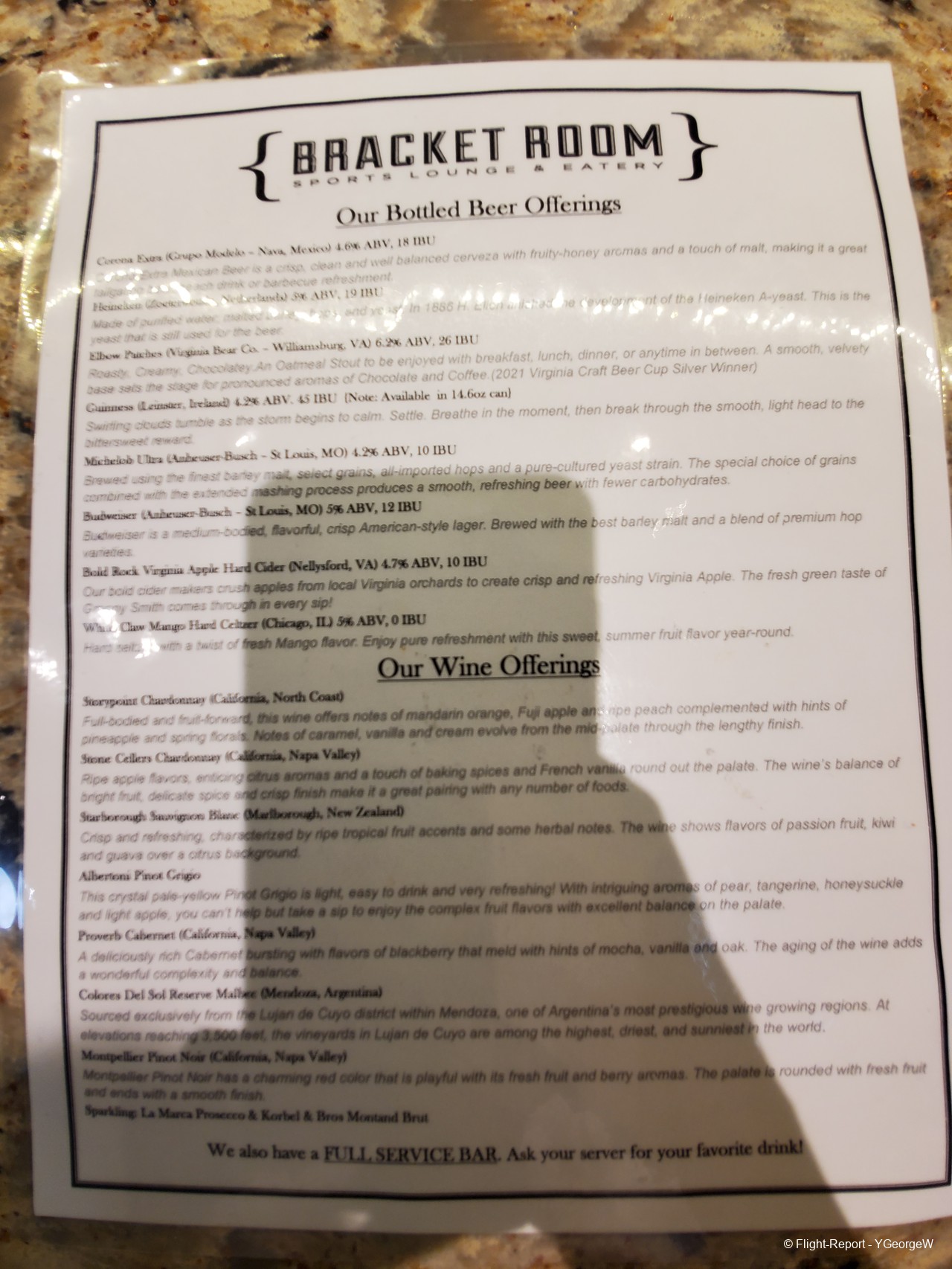 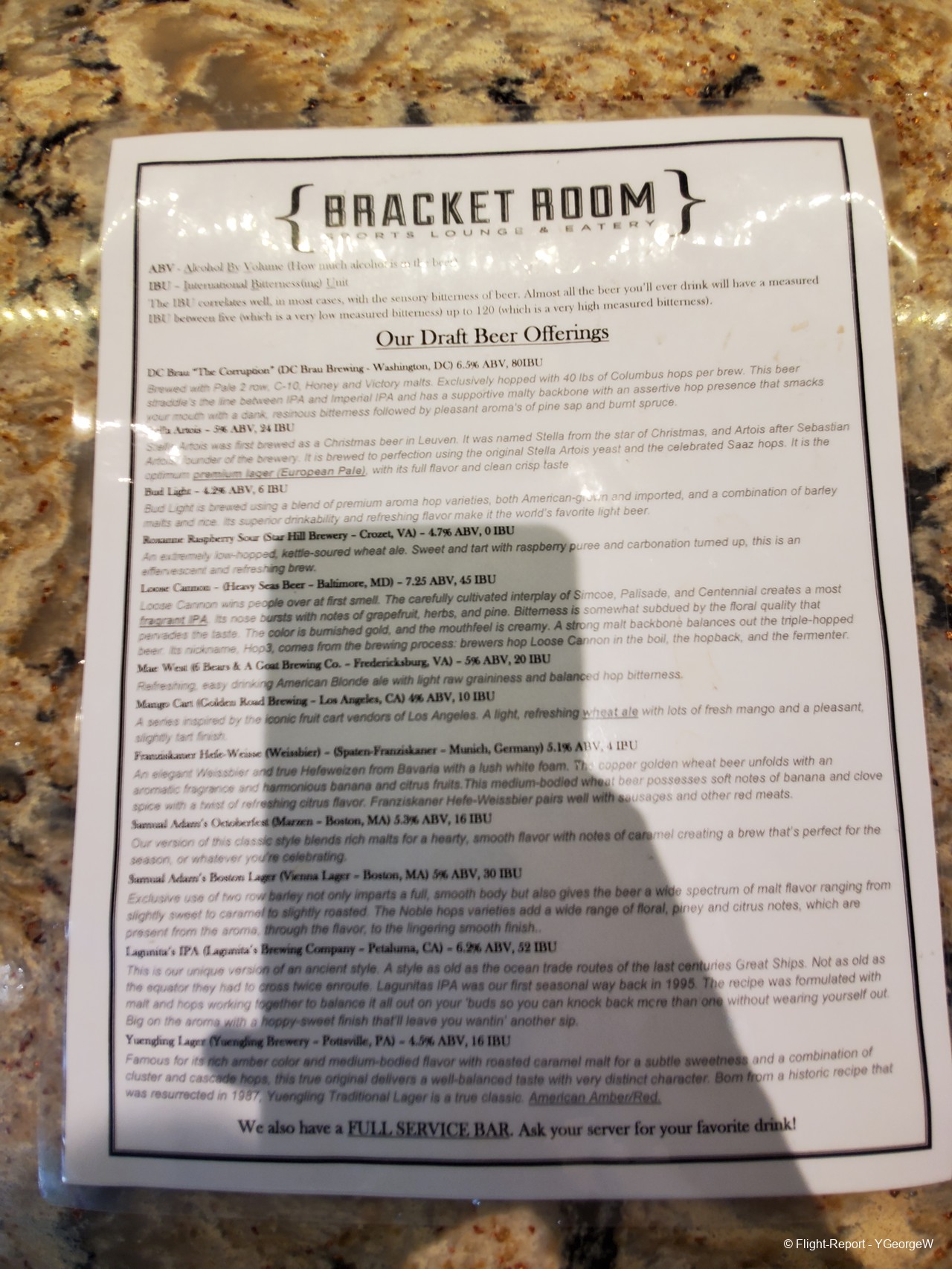 And the food menu: 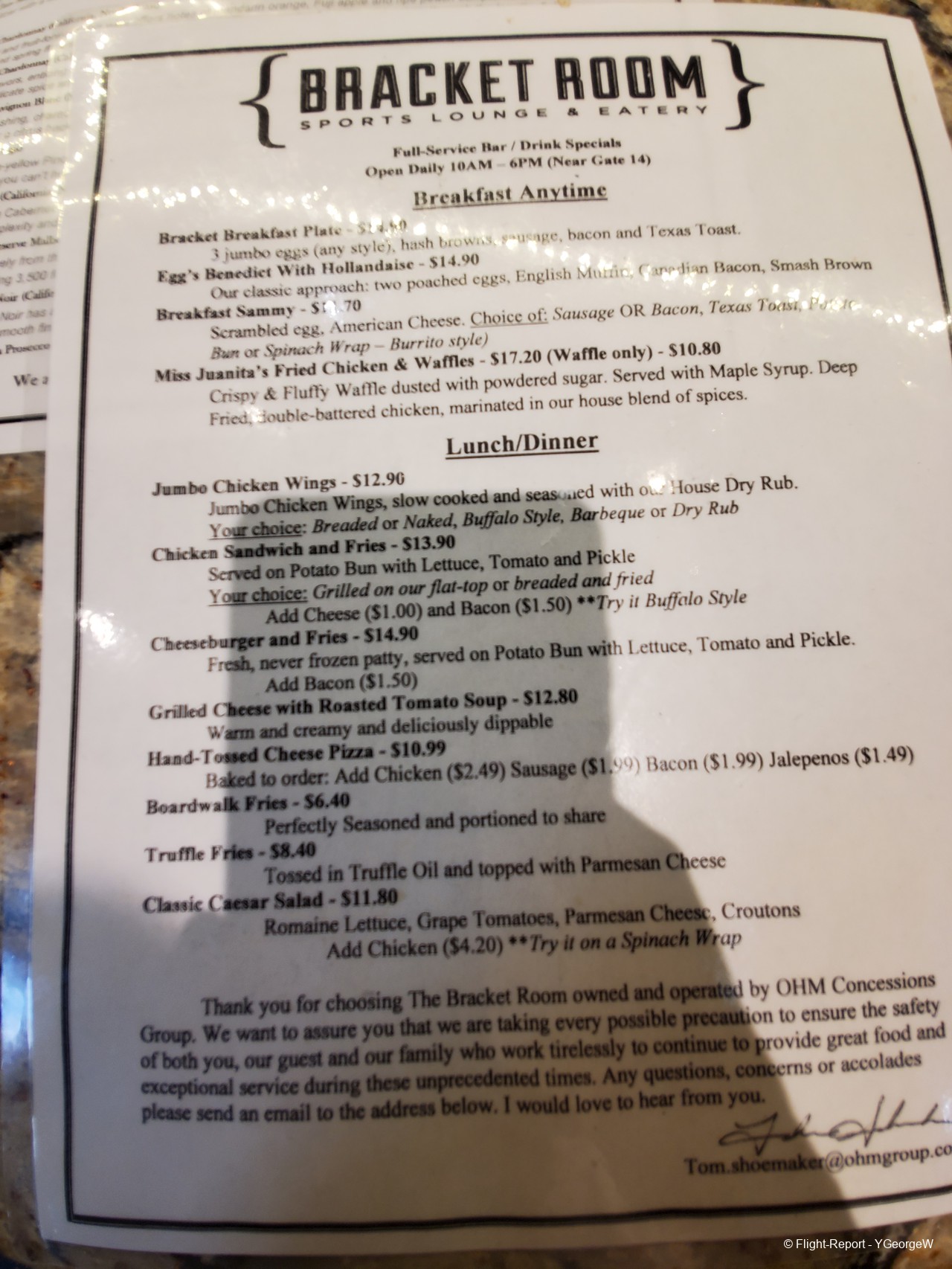 I am fairly predictable with my order here: a Franziskaner and wings.  Though I learned my lesson from last time and did not get the dry rub–ordered barbecue instead. They took forever with my order, handing me my basket only a few minutes before boarding. Adding insult to injury, the order was wrong (this is the "dry rub" again) and there were only 5 wings . . . If it wasn't for the fact that this is "free" thanks for Priority Pass . . . . 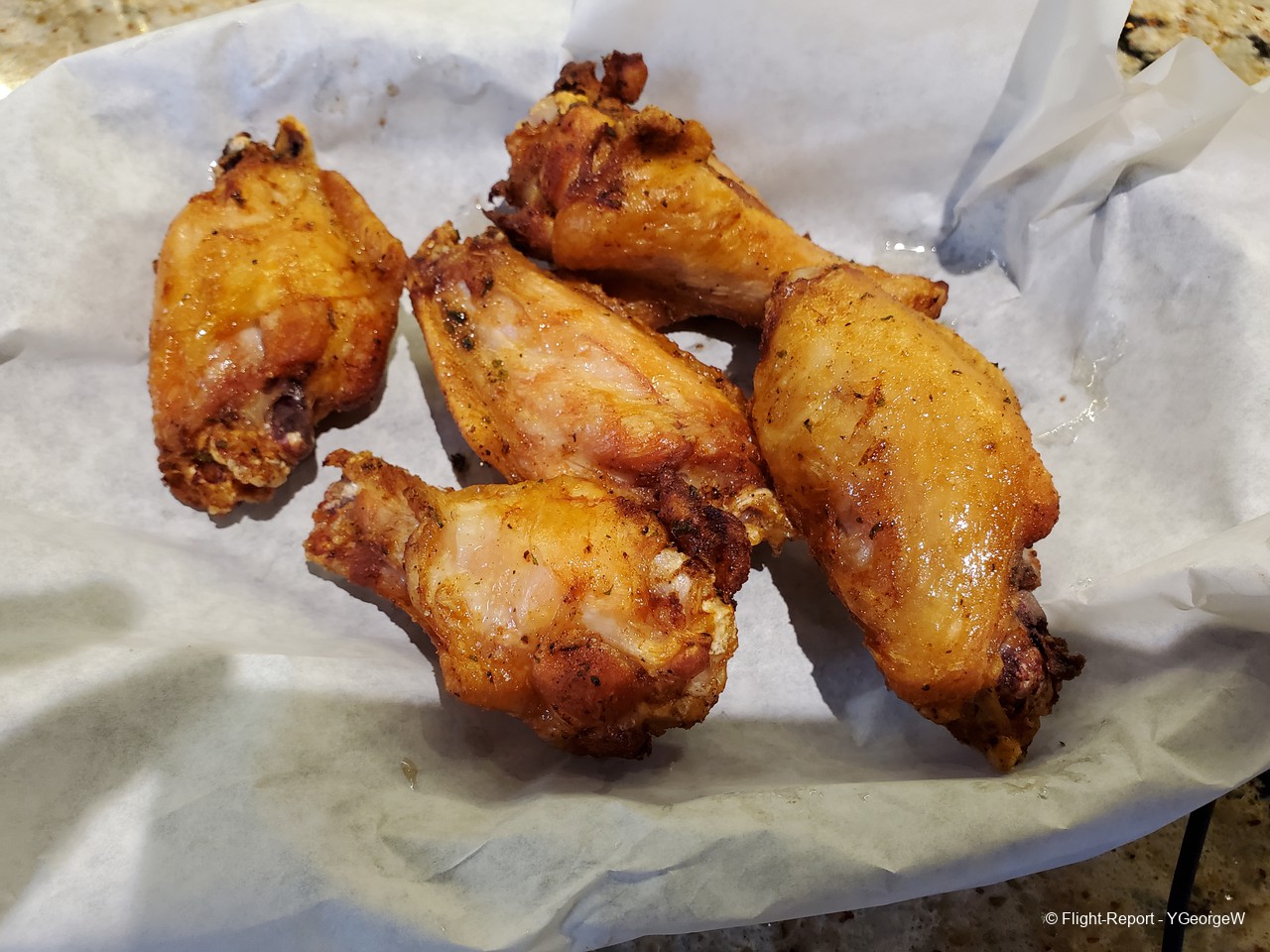 Because I am always flying to IAH of late, I am always out of Gate 12, which is conveniently located across the bar area of the Bracket Room. 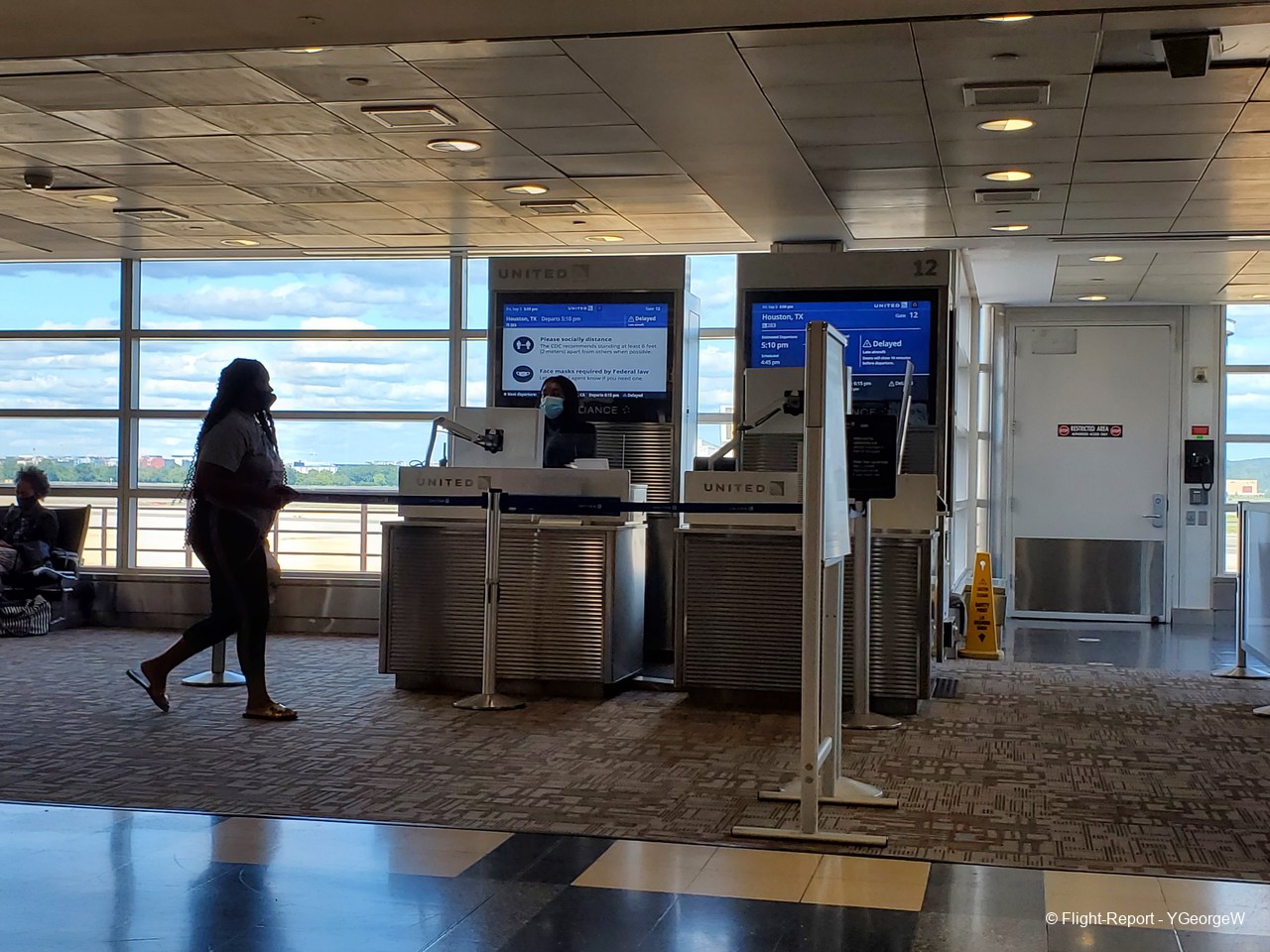 I've taken this particular flight to Houston a few times before and this one always seemed to be one of the more unreliable flights. I was trying to stay online for work as long as possible, so this was the only option. UA283 was delayed every day that week. 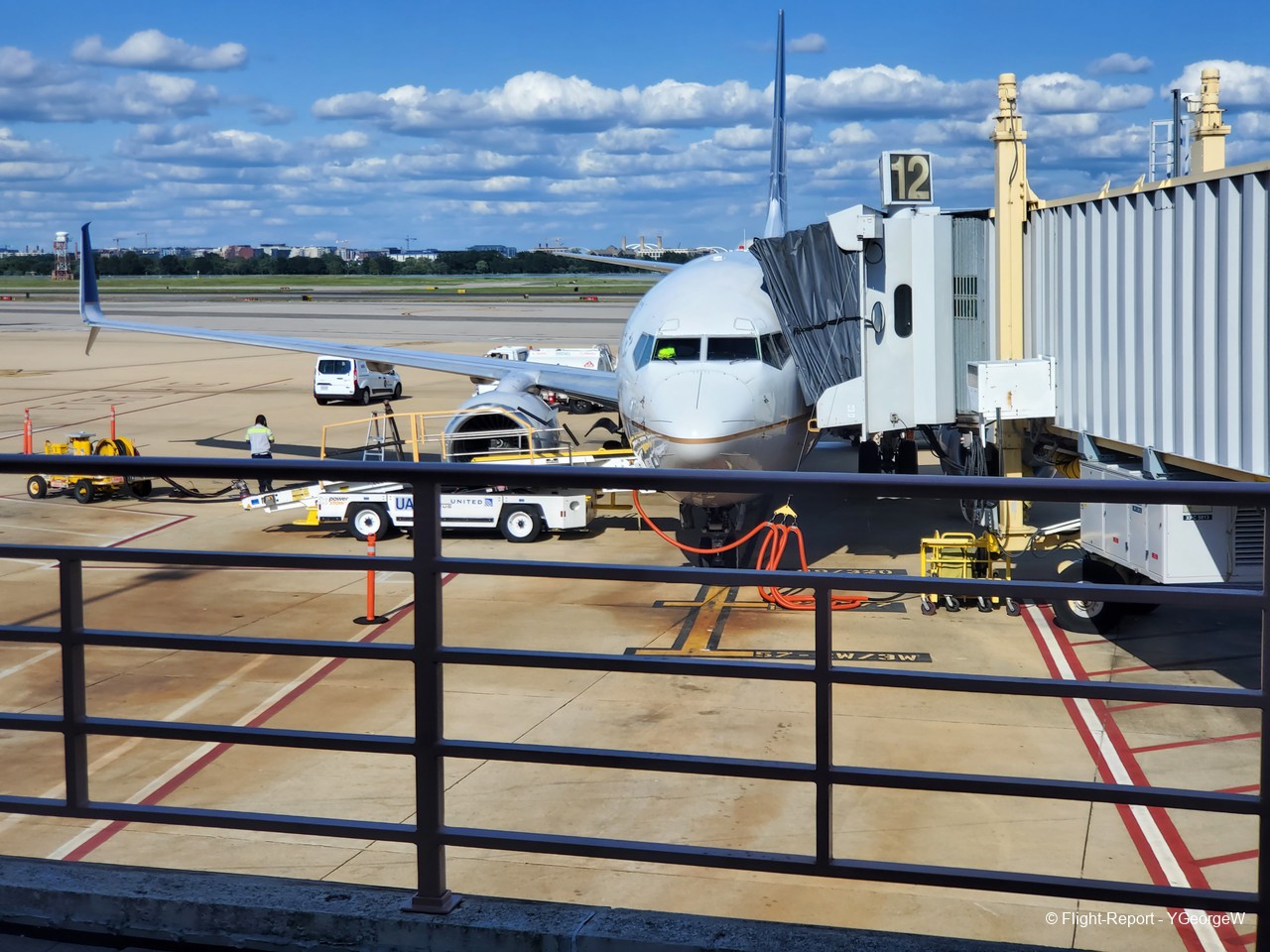 Pre-boarding began at 4:47pm ET, 42 minutes late. When boarding, I noticed the sign that indicated there would be seatback IFE screens! Take the little victories. 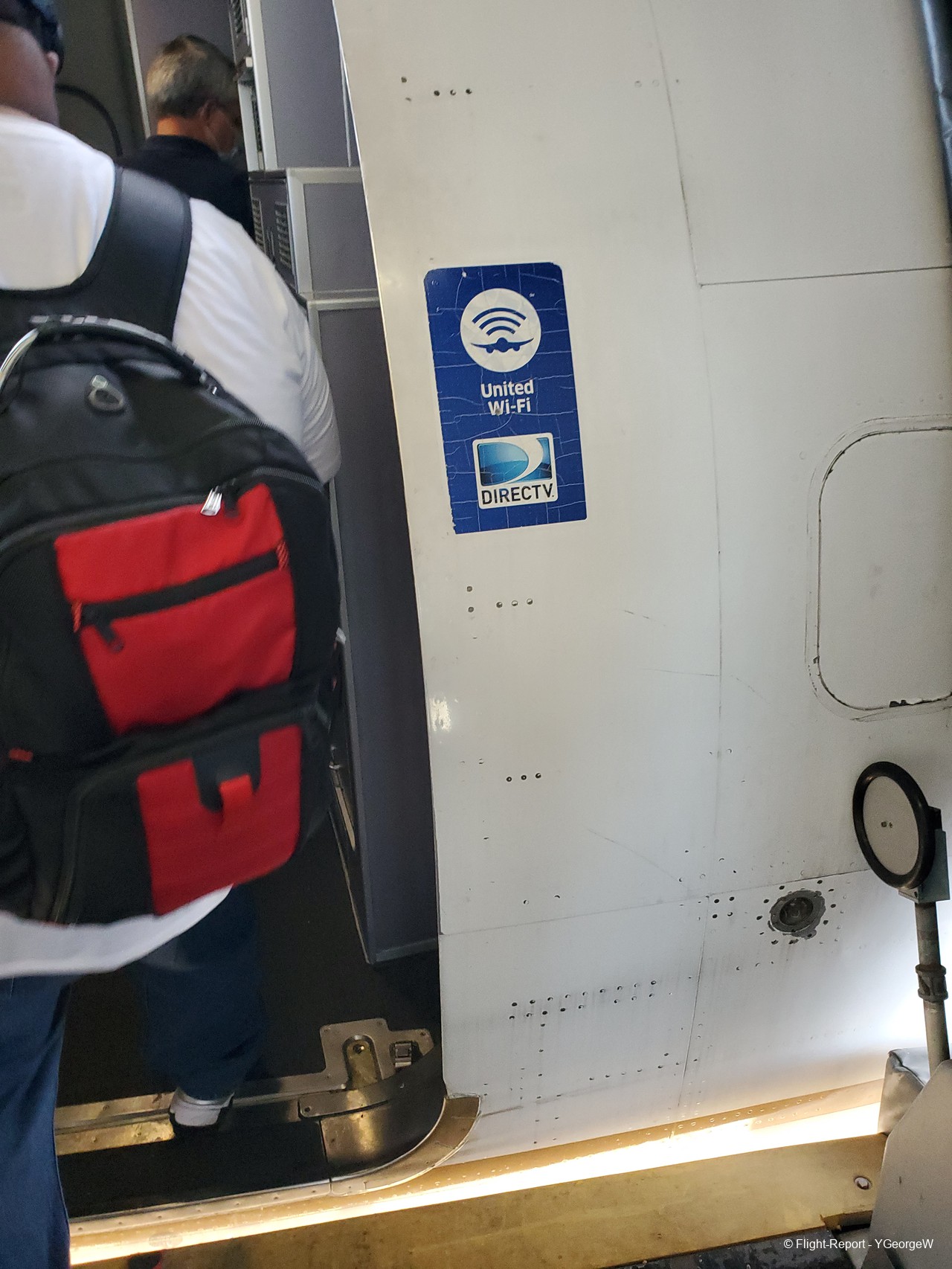 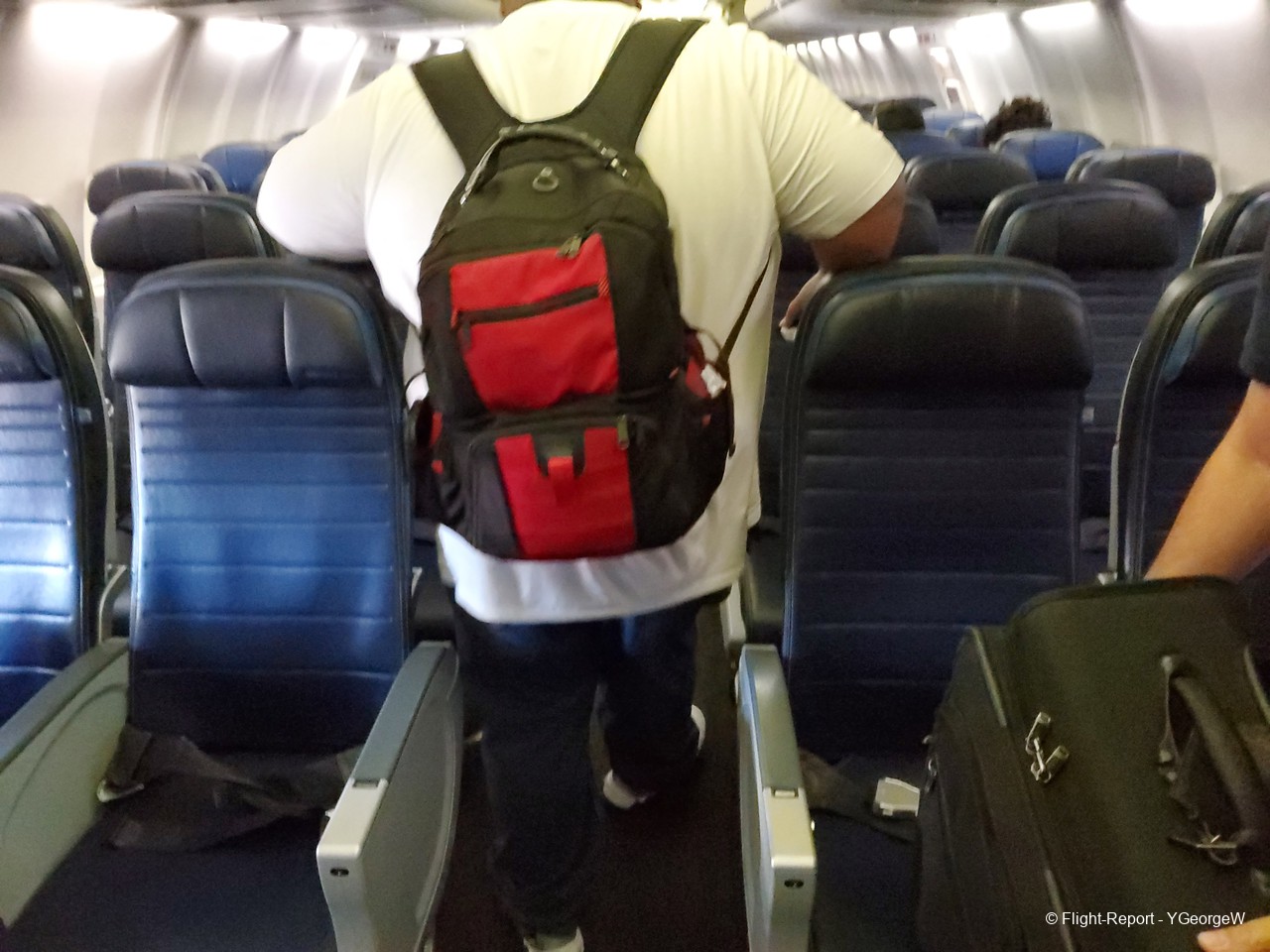 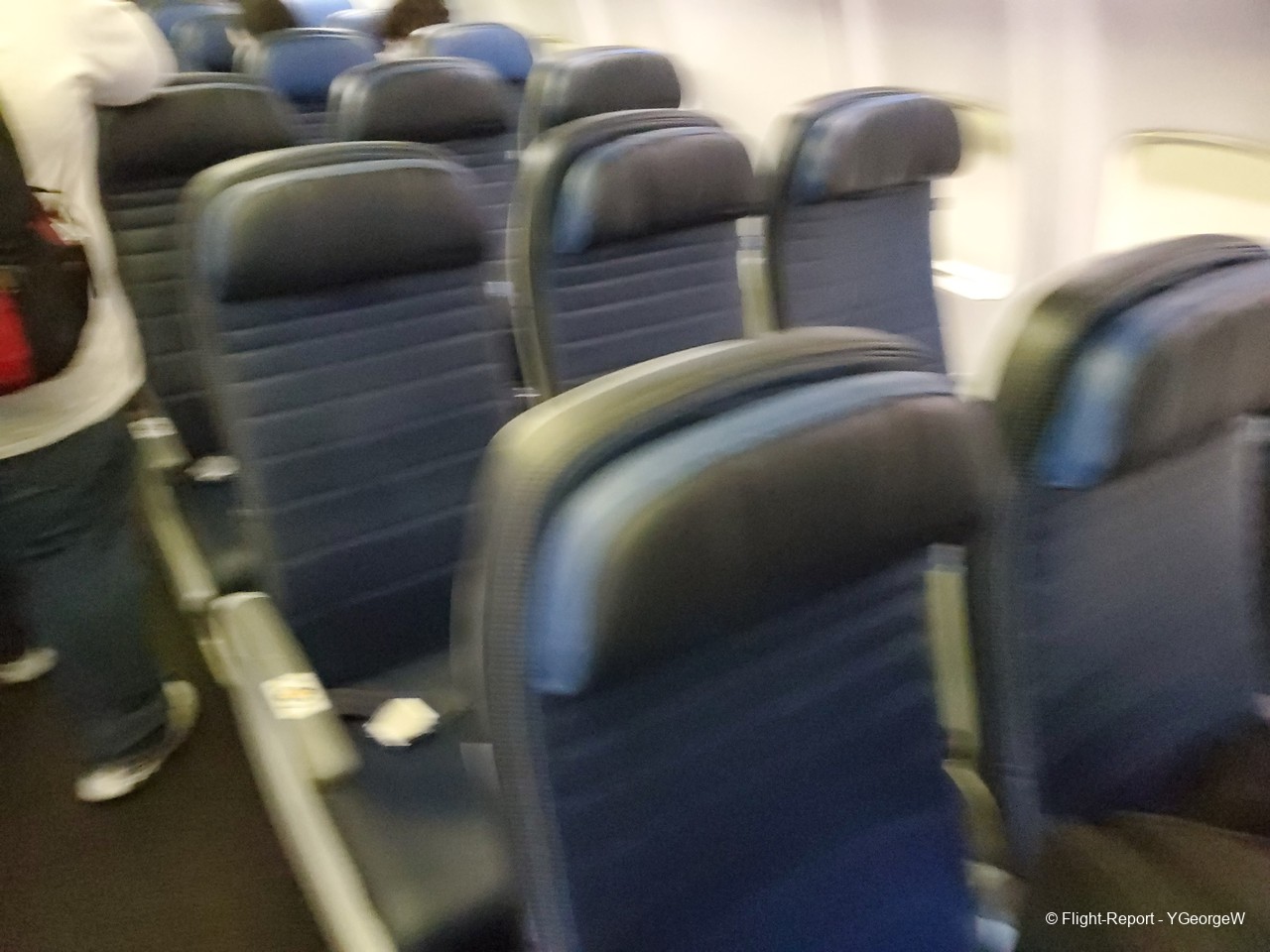 I selected 8A, the portside window seat in the second row of Economy Plus. Fairly standard seat, with seatback IFE and large windows. There are also outlets between the seats. My main complaint is that I wish they put the IFE control pad on the window side armrest so I wouldn't have to bother the middle seat passenger any time I wanted to change the channel or volume. 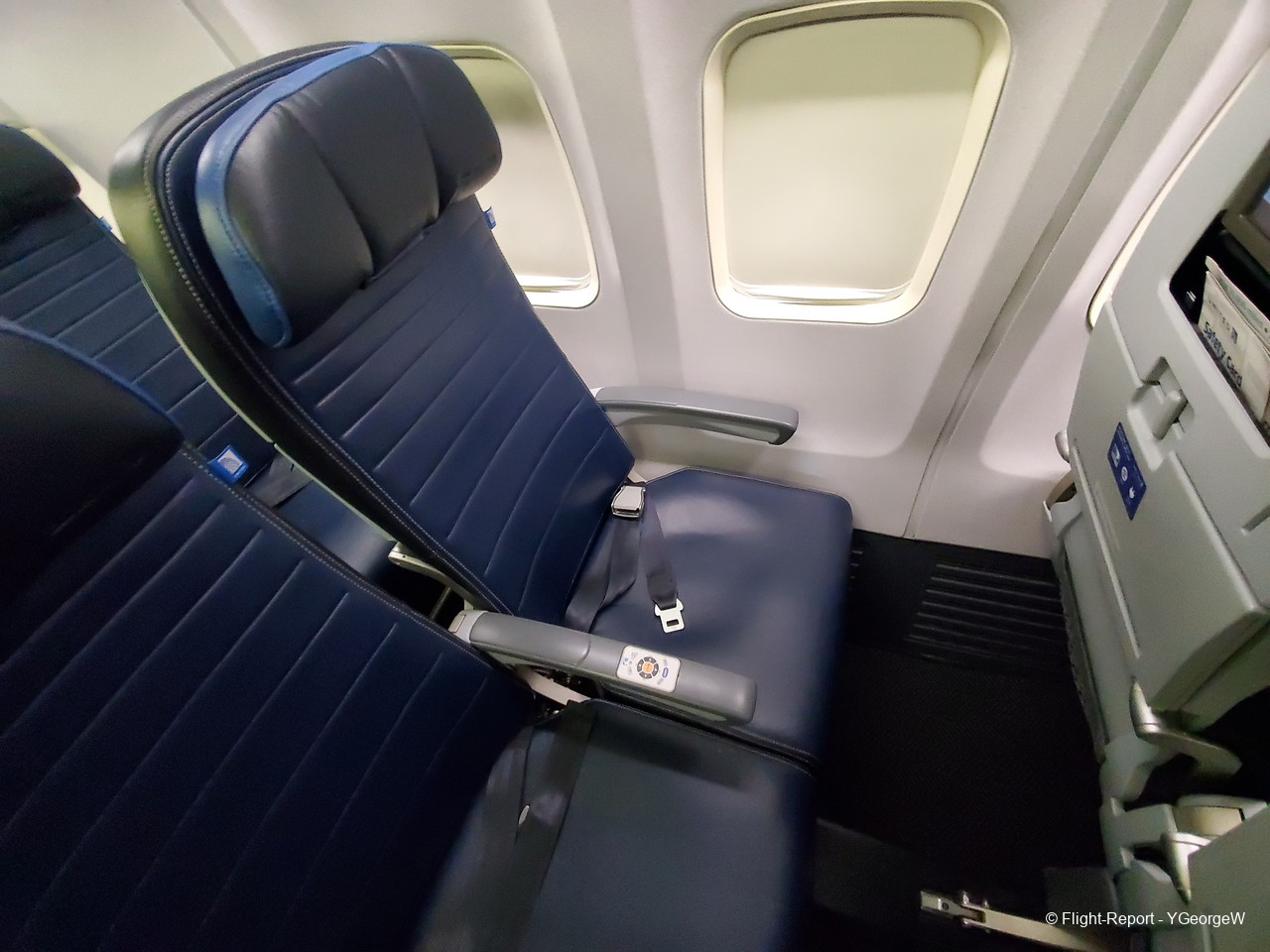 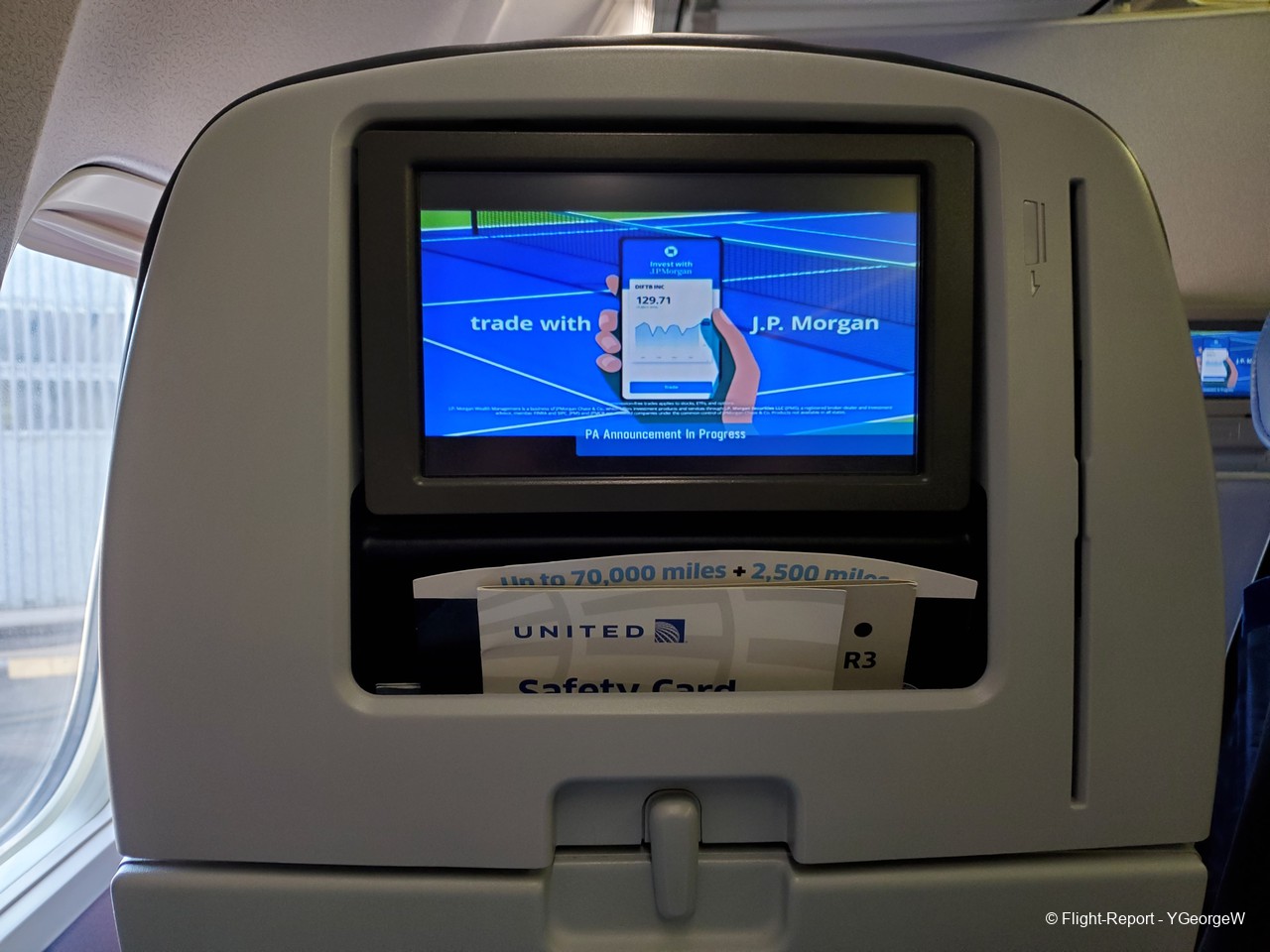 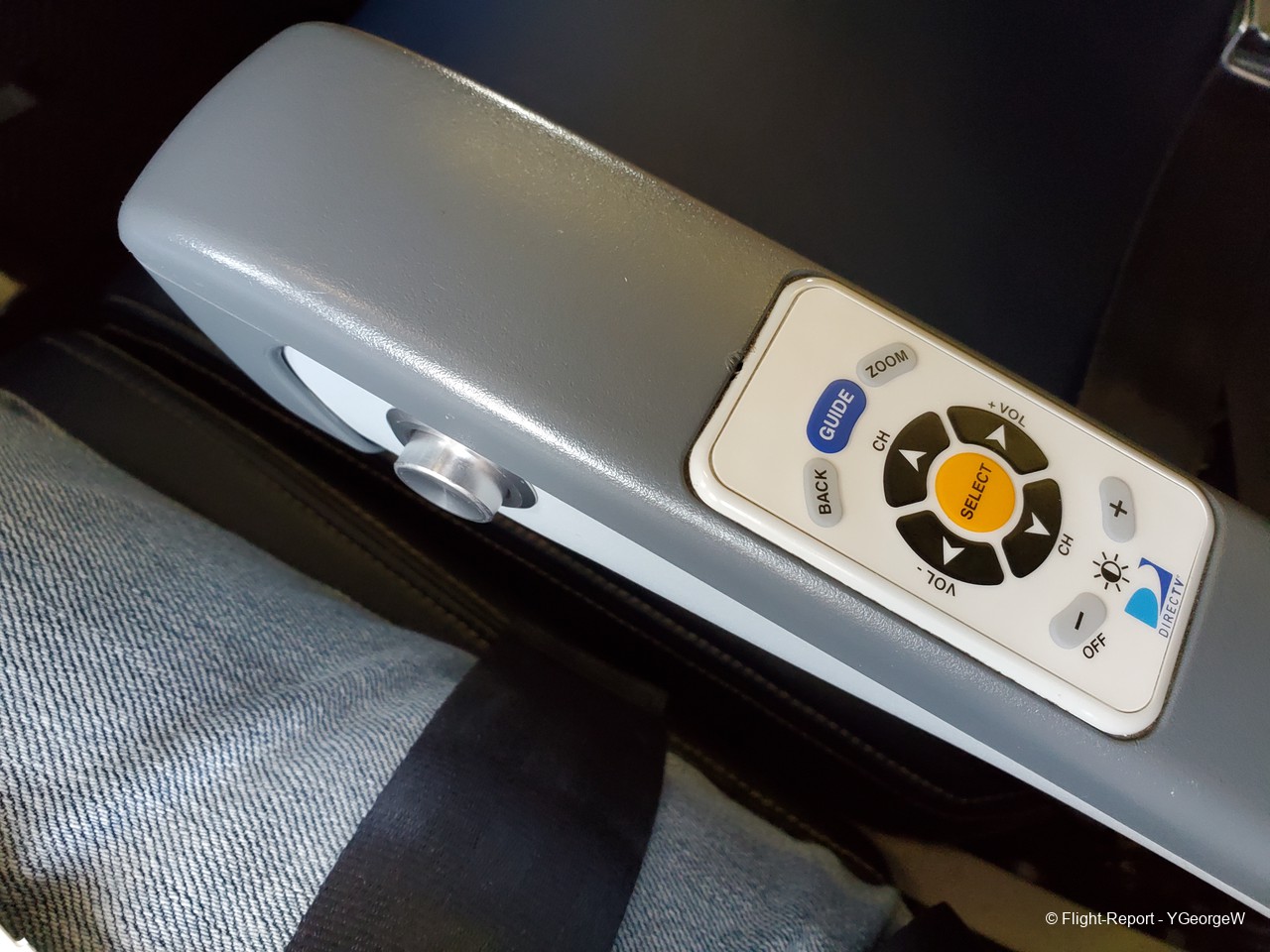 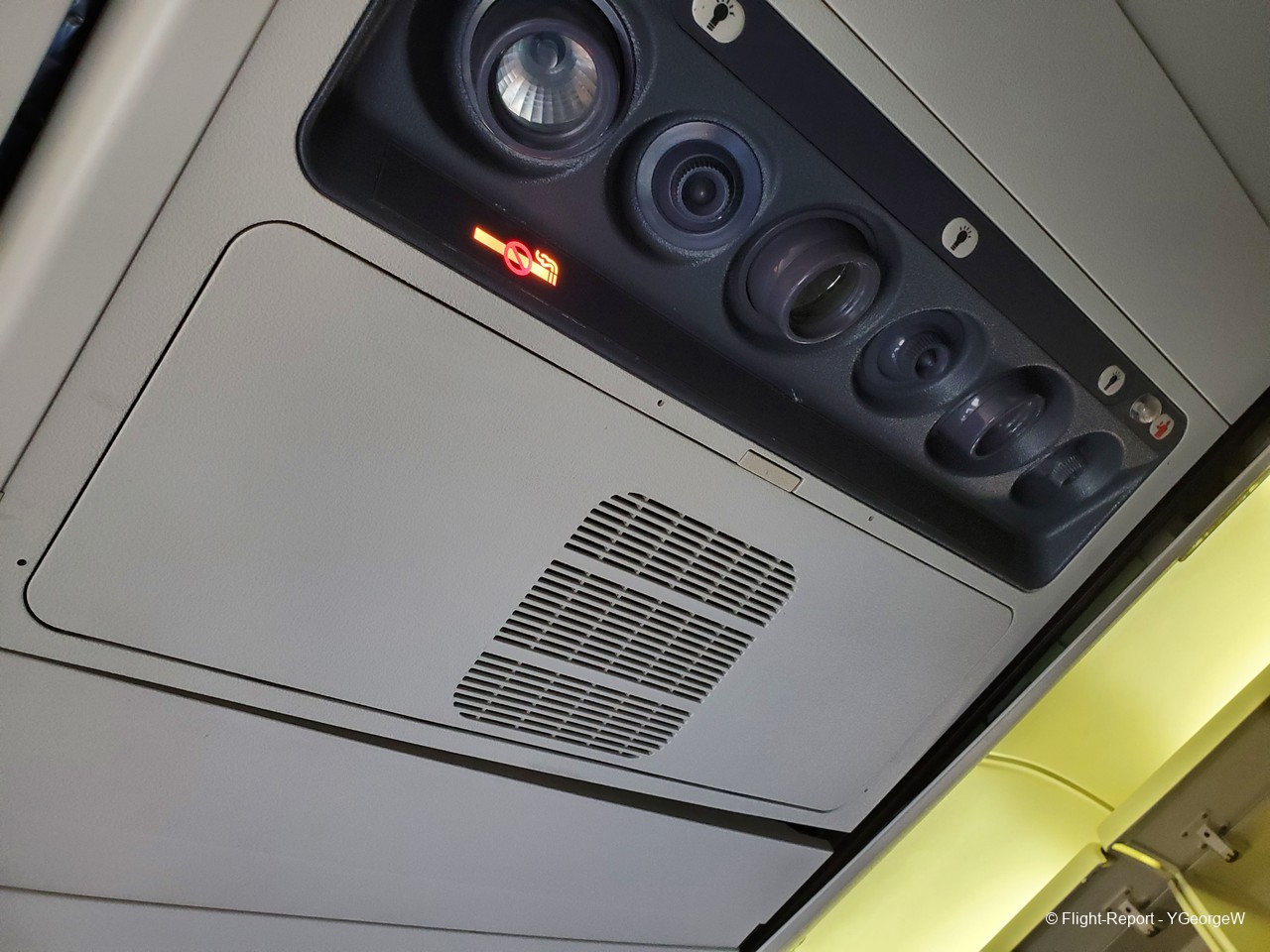 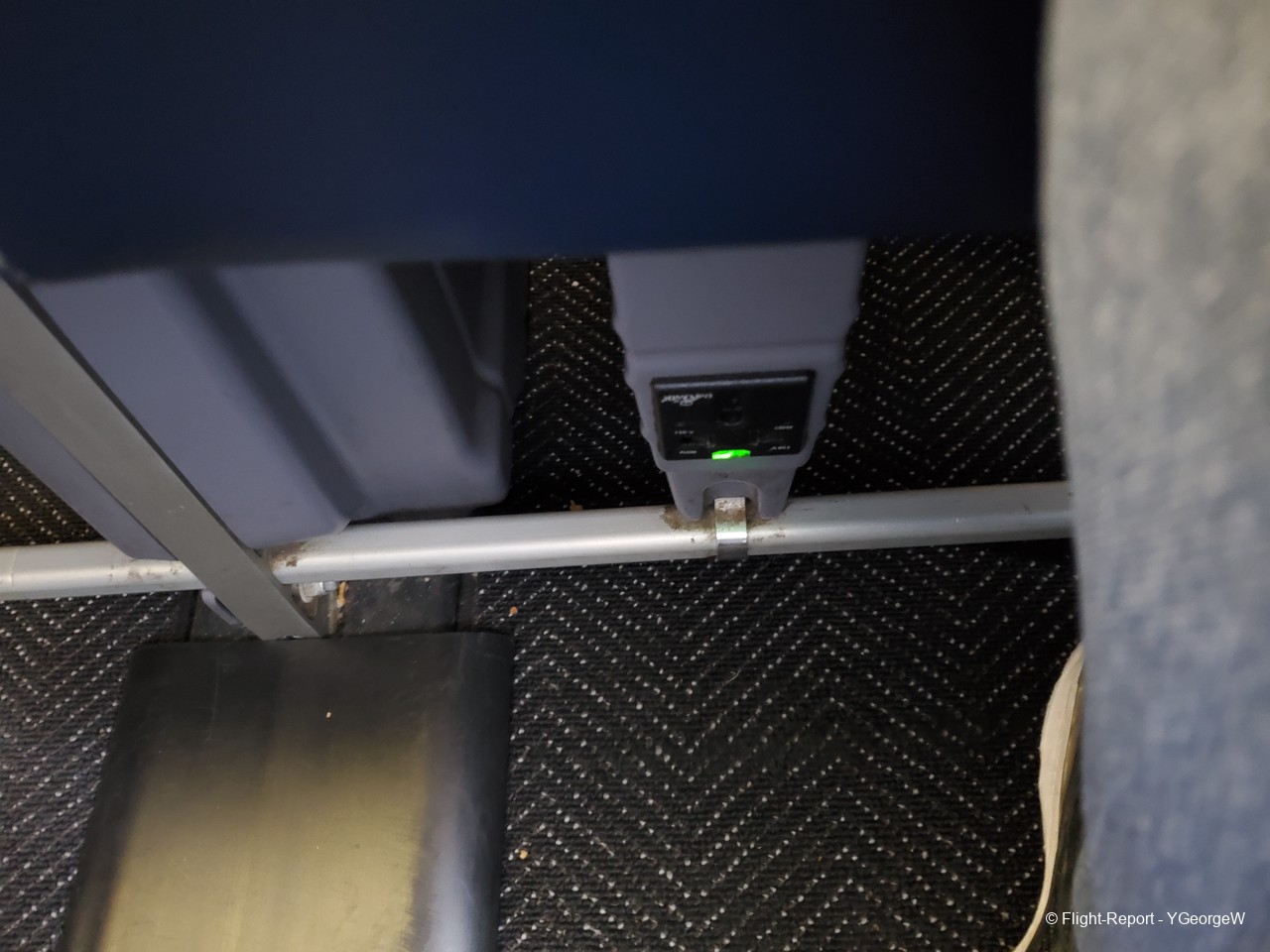 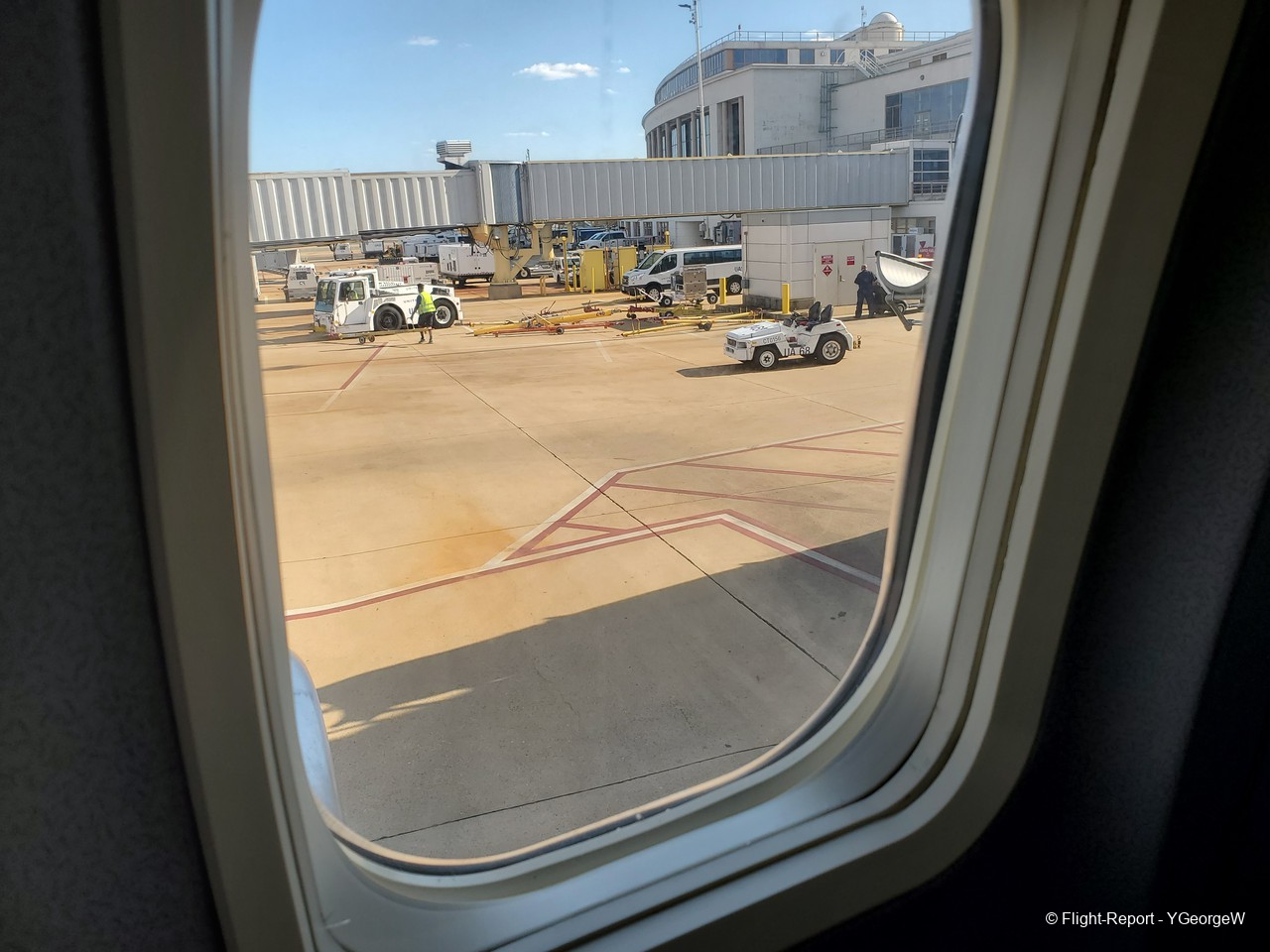 Plenty of legroom for an average-sized guy like me. 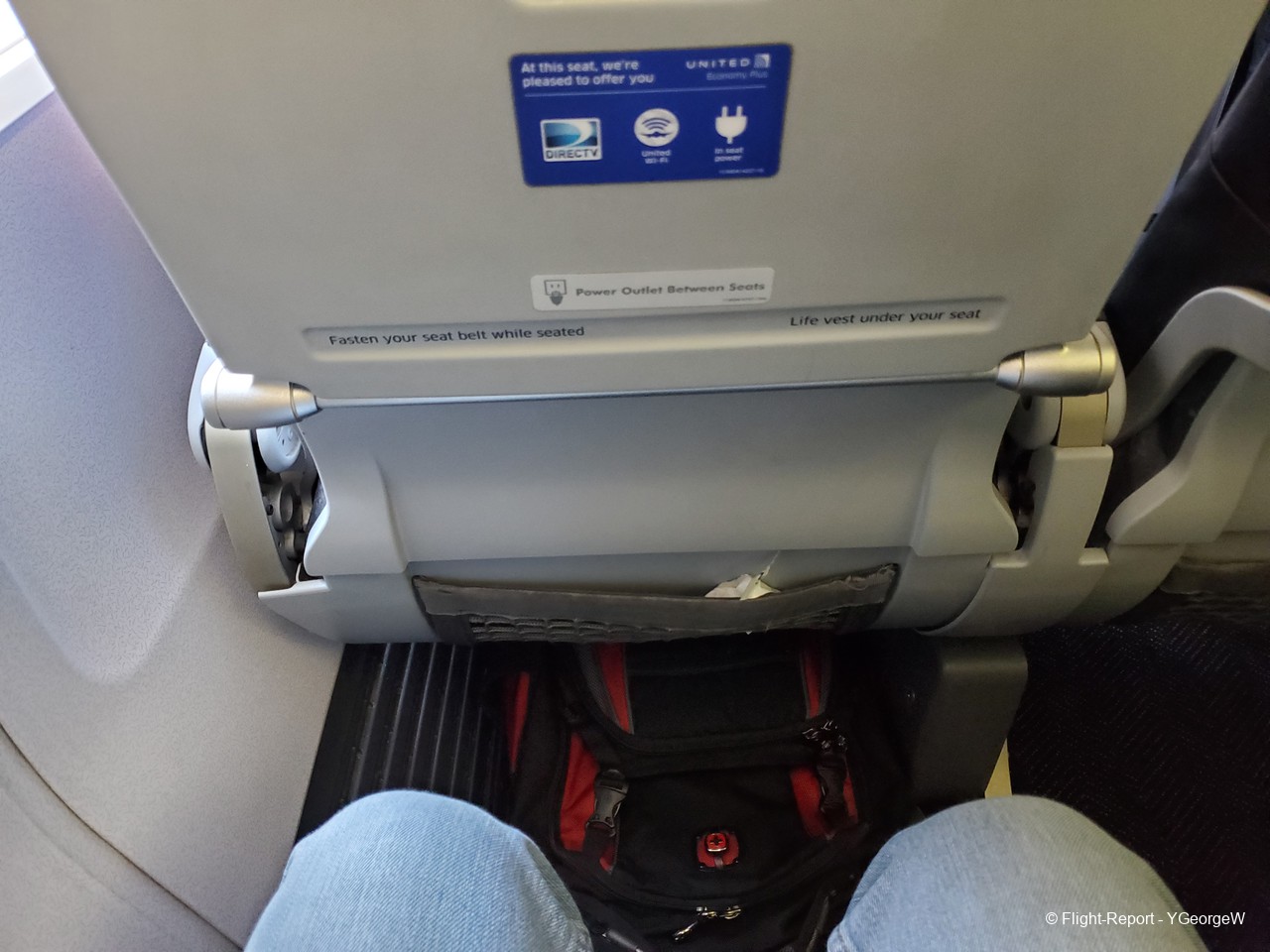 Ultimately we pushed back at 5:17pm ET, 32 minutes after our scheduled departure time. On our way out, here's an Alaska Airlines A321 on its way to Seattle. 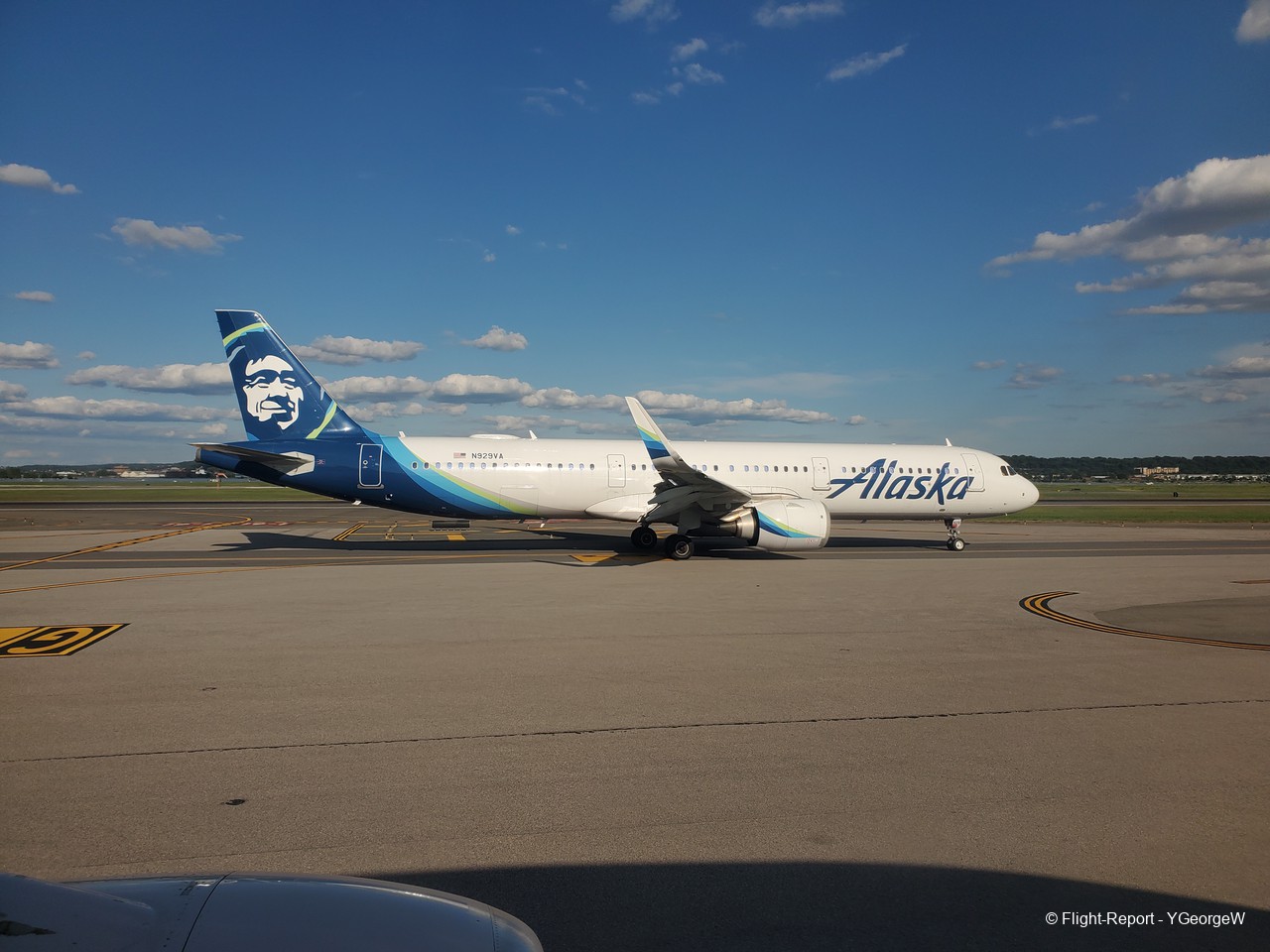 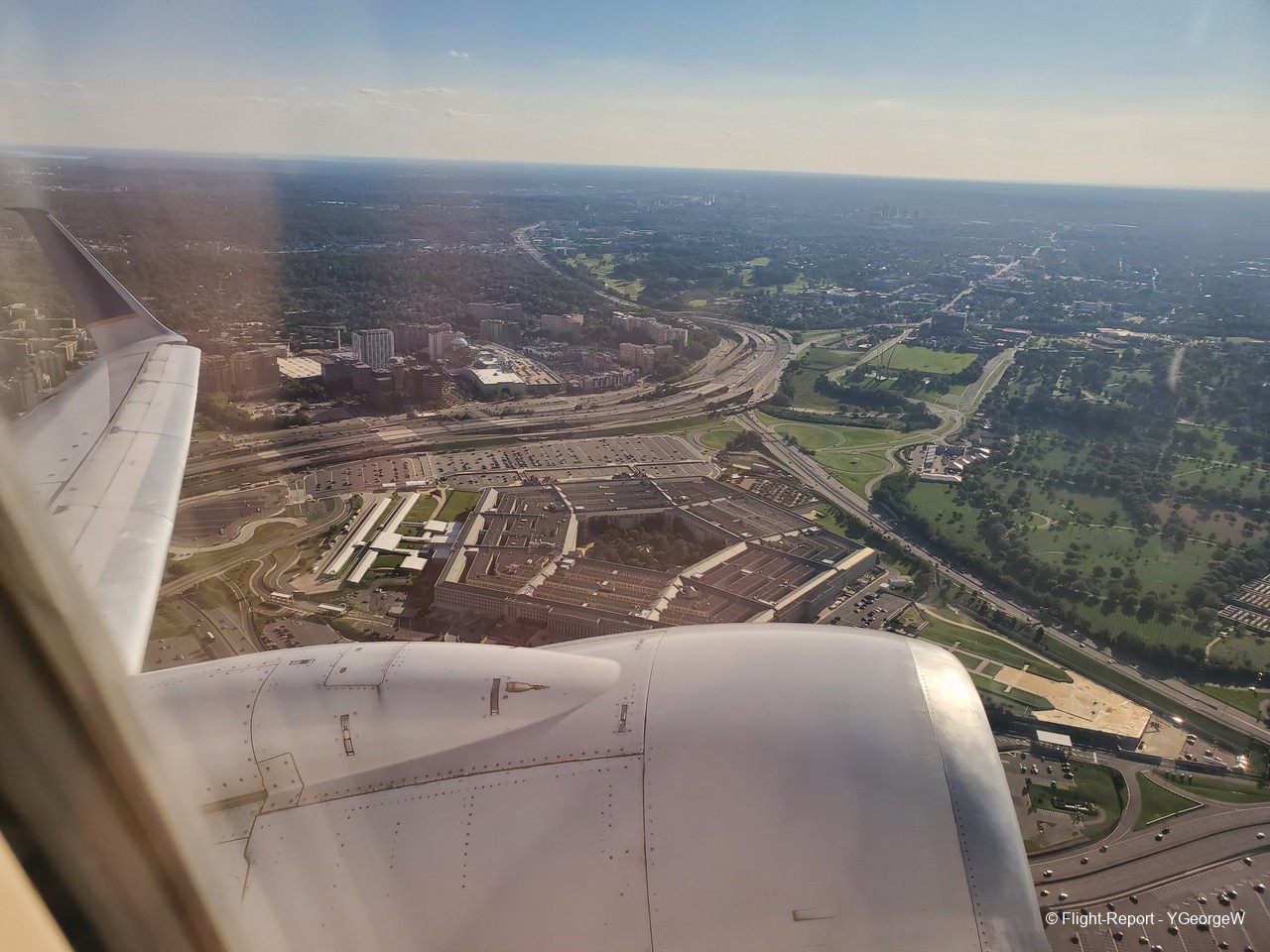 I appreciate DirectTV service for the live sports more than anything else. Here we can see the beginnings of Carlos Garfia's big upset of Stefanos Tsitsipas. 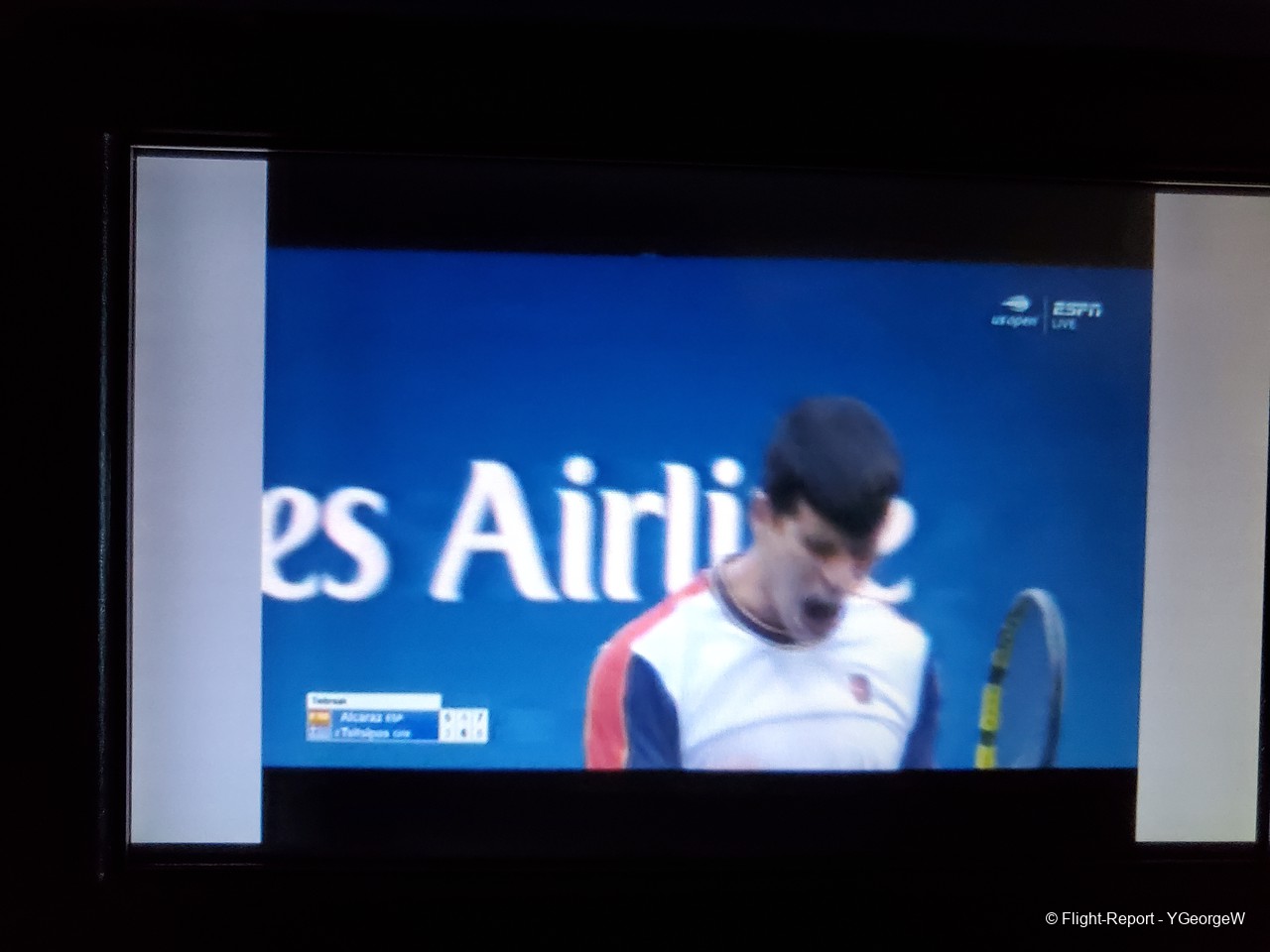 Service began roughly 15 minutes after takeoff. I opted not to have any of the snacks and just got a beer and water instead. The flight attendant recognized my 1K status and so the beer was complimentary. It used to be that sometimes we had to show credentials before the crew would recognize the free drink perk in economy. 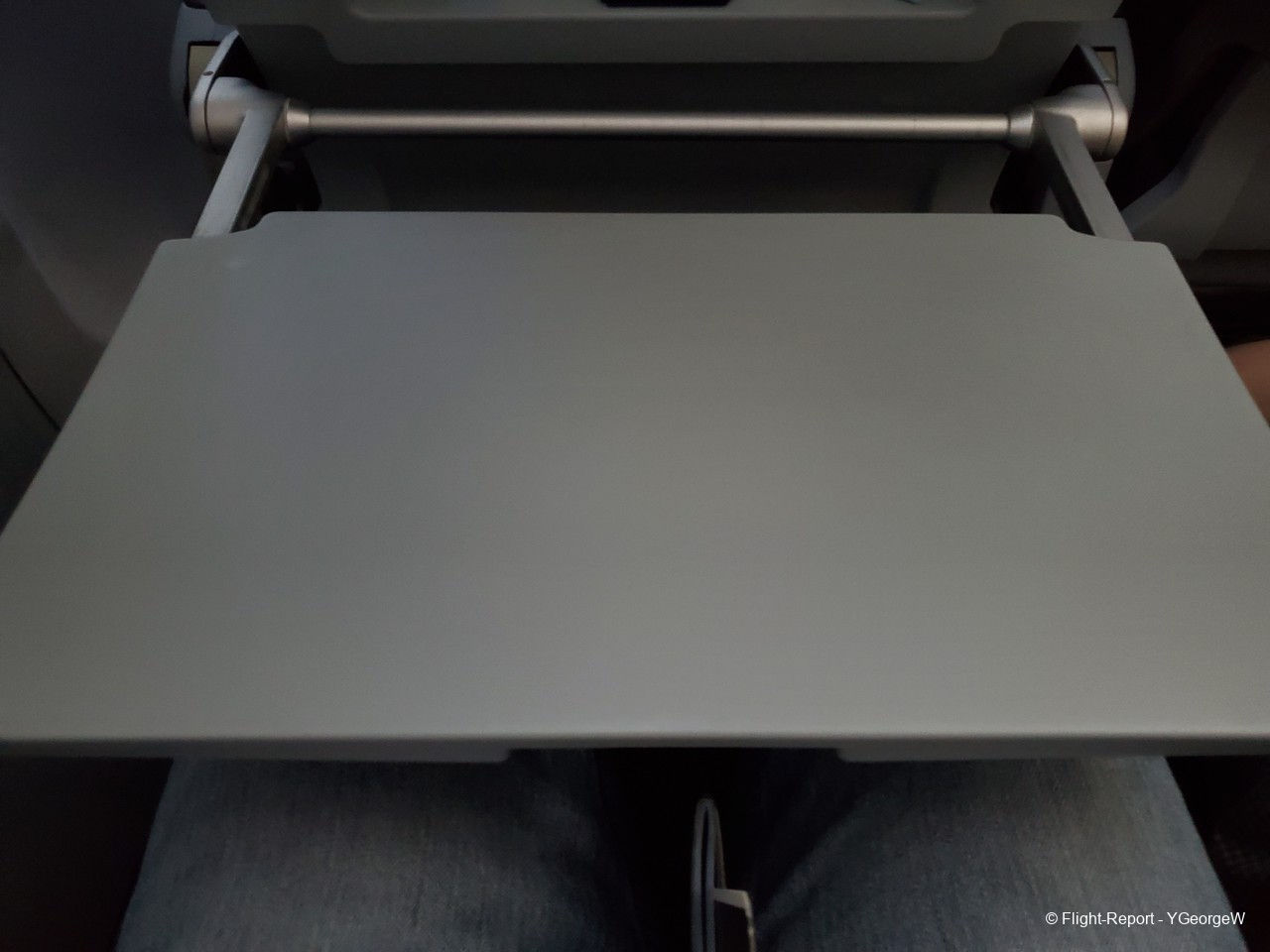 It was a fairly uneventful flight. We began our descent at around 6:22pm CT and touched down 30 minutes later. Unfortunately we were due at the E gates, which at IAH is always a long taxi. 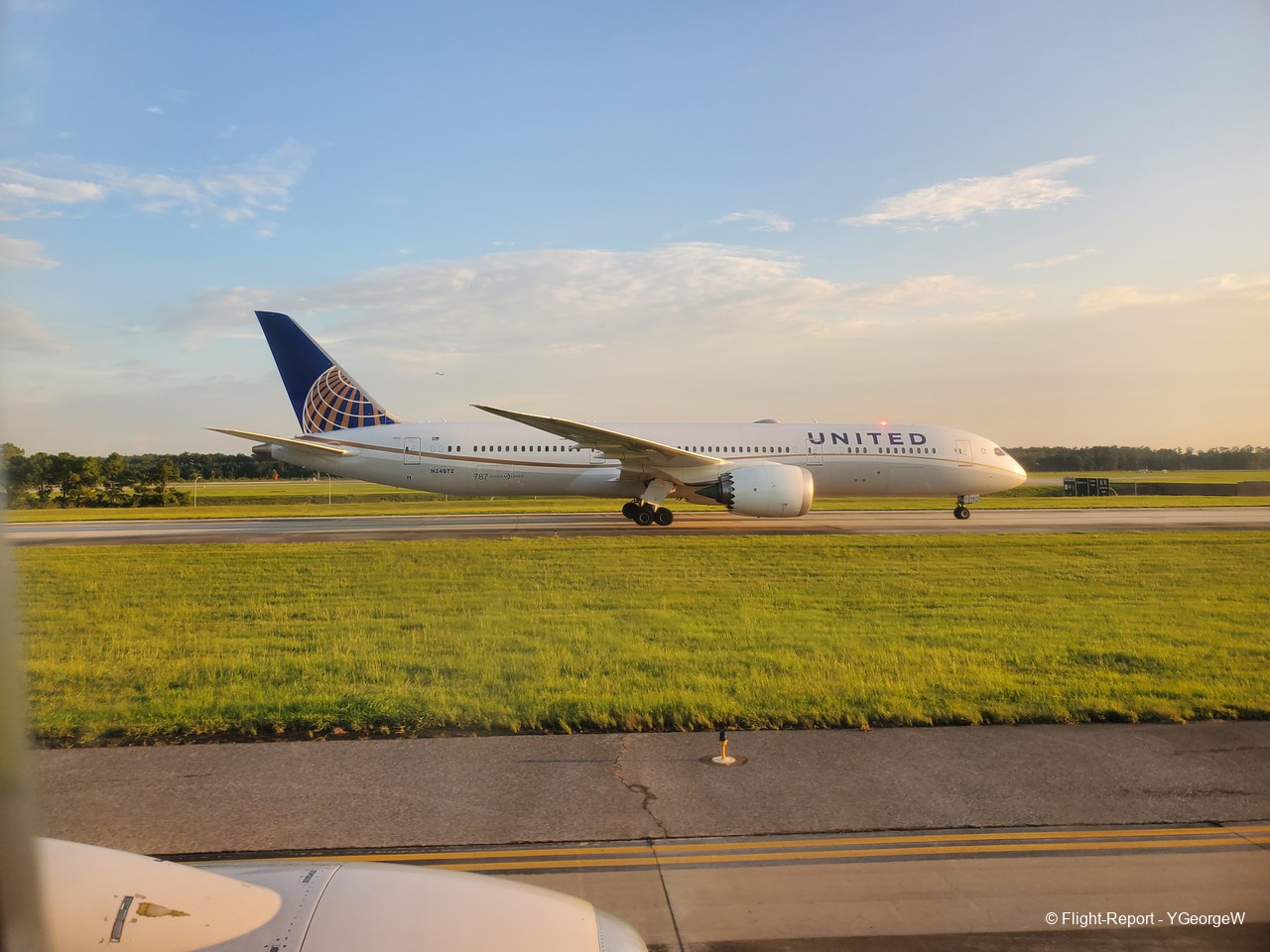 Lounge: The Bracket Room is fairly average, but it is a very convenient Priority Pass restaurant perfect for United flights out of DCA. One warning--service can be somewhat slow here.

Cabin & Seat: These old 737s are okay. The seats are fine and most importantly have seatback IFE screens. I prefer them to the "new" refreshed seats without the screens. That said, United is promising to bring back IFE screens for every plane by 2025--we'll see if that happens.

Service: Always hard to comment on the service for these domestic flights in economy. They were efficient, but neither warm nor cold.

Bottom Line: Most importantly, if there was another row of F, my upgrade would have likely cleared. Haha. Otherwise, this was a fairly uneventful flight--albeit delayed somewhat.

The contributors of Flight-Report published 3 reviews of 2 airlines on the route Washington (DCA) → Houston (IAH).

The airline with the best average rating is United with 6.7/10.

The average flight time is 3 hours and 10 minutes.

He wrote 52 reviews about 16 airlines and 35 airports.