#23 out of 99 Airlines A minimum of 10 flight-reports within the past two years is required to appear in the rankings. 196 reviews

By TerryYong 3814
Published on 22nd October 2013
Early this year, me and my partner went to Kathmandu for a short 4-nights getaway, experiencing a destination different from the norm. Initially I was very hesitant about going to such an under-developed country, but after visiting Nepal, it proved to be one of the most enjoyable places to visit so far, with the exception of the initial culture-shock!

Obtaining reasonably-priced tickets from Singapore to Kathmandu is almost impossible, with Silkair pricing their tickets at more than S$900!! TG was near at $800+ with transit in BKK. Jet Airways was cheapest at S$600+ but the return flight necessitated a 12hrs transit in Delhi, which proved out of the question. Then came Malaysia Airlines and Air Asia X, both which started flights from Kuala Lumpur to Kathmandu from late last year. Air Asia X was selling tickets from as low as S$550 with bags from SIN-KTM via KUL, but no connections is possible and each flight requires individual check-ins. Not too keen in transfering in LCCT and enduring long immigration queues, and the return flight requires a stay in KL as it is too late to catch the last AK flight to SIN. Then Malaysia Airlines sprung with an offer price (via Cheapoair.com) of S$700 all-in, with departure early from SIN, and returning comfortable in the evening. Perfect timings! And the last sector KUL-SIN was on SQ as well as MH also code-shared on the flight. Booked!!


The first sector, SIN-KUL, departs at the very early hour of 0645am from Changi Terminal 2. Online check-in has been performed on the SIN-KUL sector, but could not be done for the KUL-KTM sector. Not sure of the reason why. No problems as check-in at 0530am was with minimal queues and efficiently done by a seemingly very tired but still with smiles agent, and when requested for emex row on the KUL-KTM sector, was offered readily! Scored!! 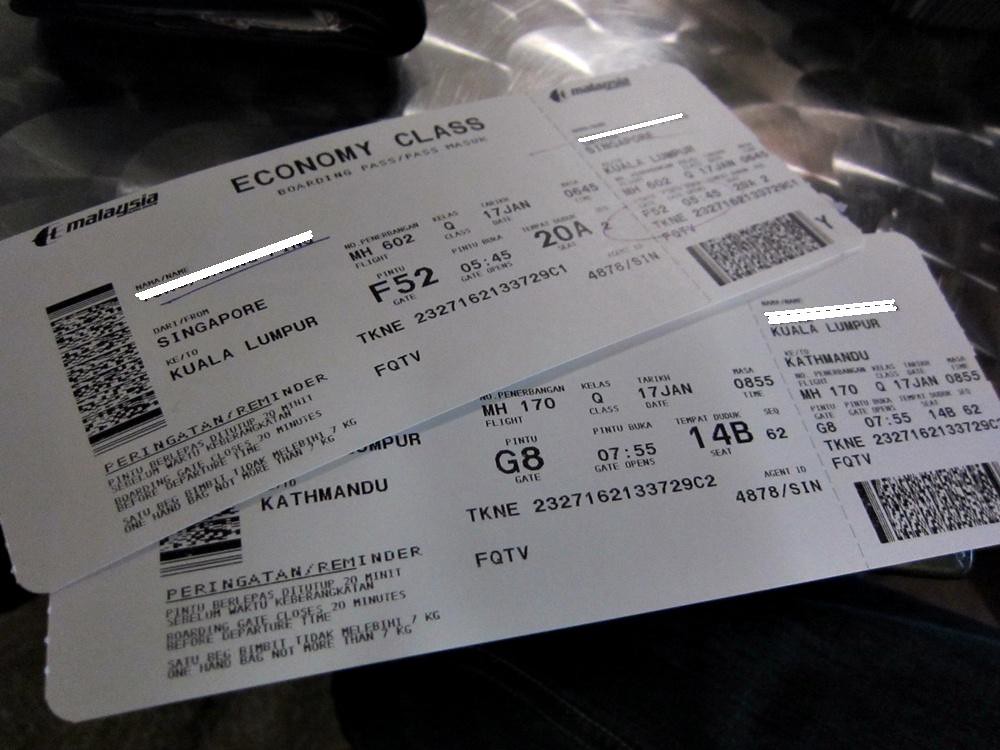 Proceeded through immigration and got some light bites for breakfast. Shops were just opening at 6am. Outside on the tarmac, Silkair and Tiger aircrafts were being prepared for their morning departures. 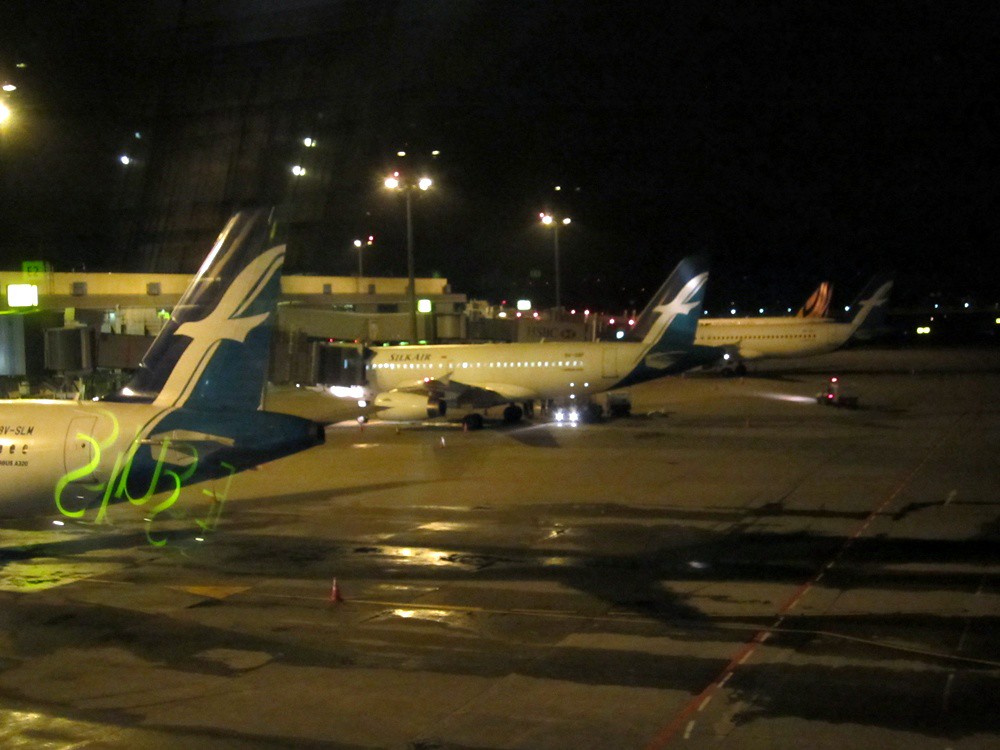 Departure was from Gate F52, which is one of the recently re-configured dual aircraft gates. At the gate was parked a Silkair aircraft departing for Surabaya as well as my MH aircraft. However as the MI flight was departing later, processing was only done for the MH flight. Boarding has just started when I reached the gate. Only the Silkair aircraft was visible from the gate while the MH aircraft was parked at an angle away from view. Boarded via bridge F52B (F52A links to the Silkair plane) and only when nearing the aircraft door that I could see that the plane was still in the old MH livery. Not good, means that it must be one of the ex-Firefly planes. No worries as it would only be a short flight, but I would not be too pleased if it was flying the KUL-KTM sector. 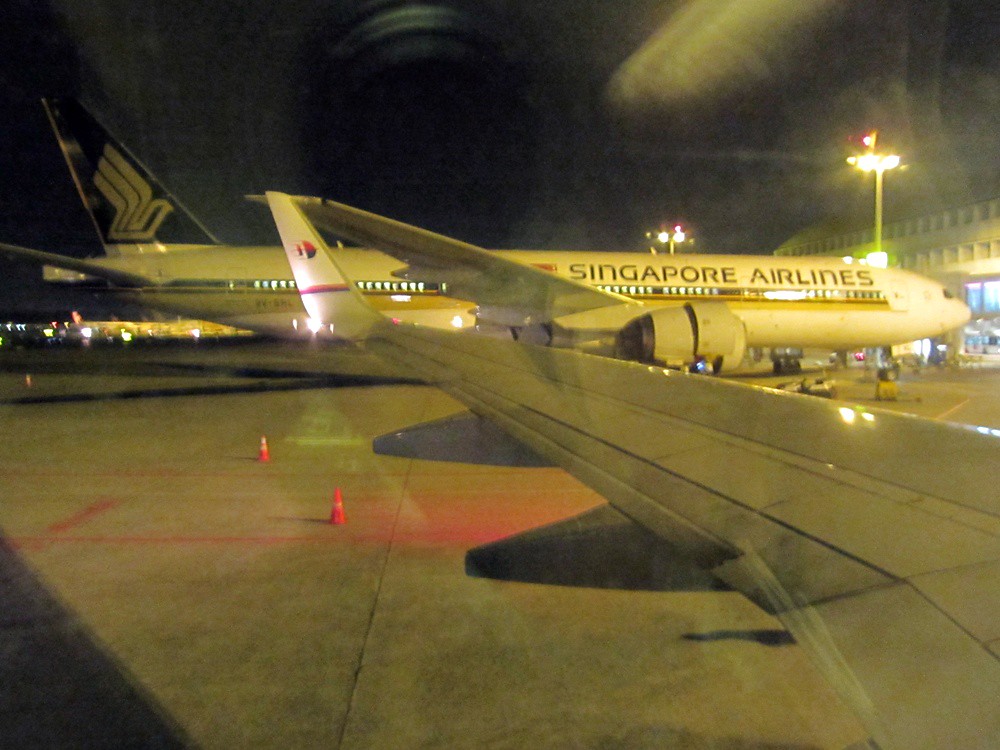 Boarding in progress with crew assisting with bags. It turned out to be an almost full flight, mainly with business travellers. 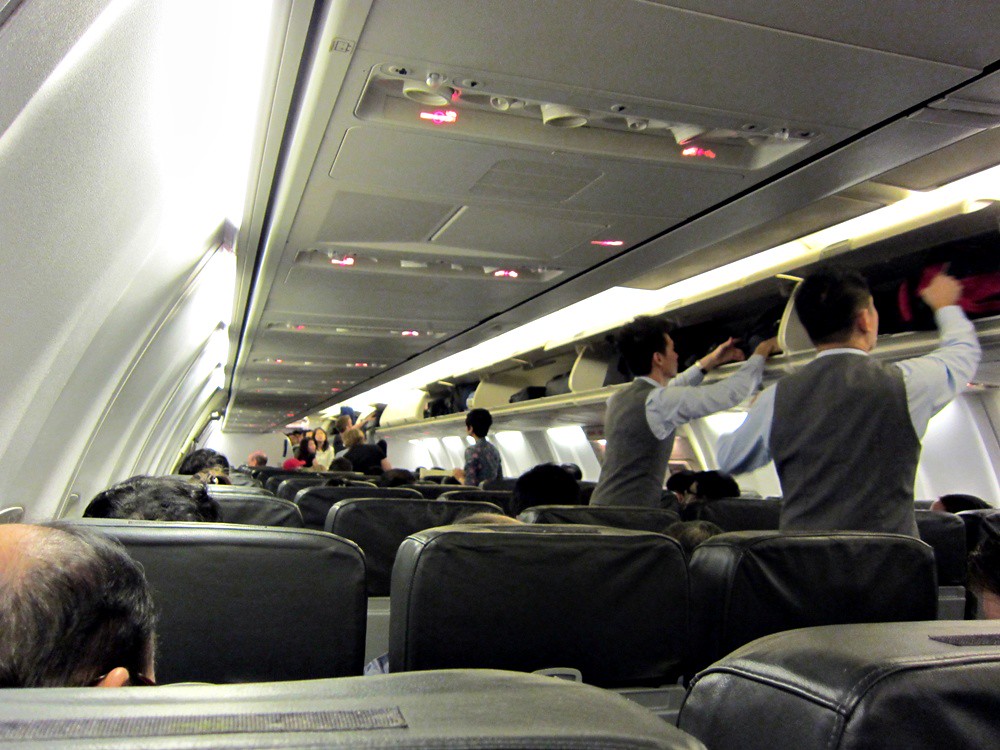 Seat pitch was not that fantastic on this ex-Firefly plane. Probably only an inch better than the budget carriers? Seats also appeared worn out. Not good for a full-service carrier. 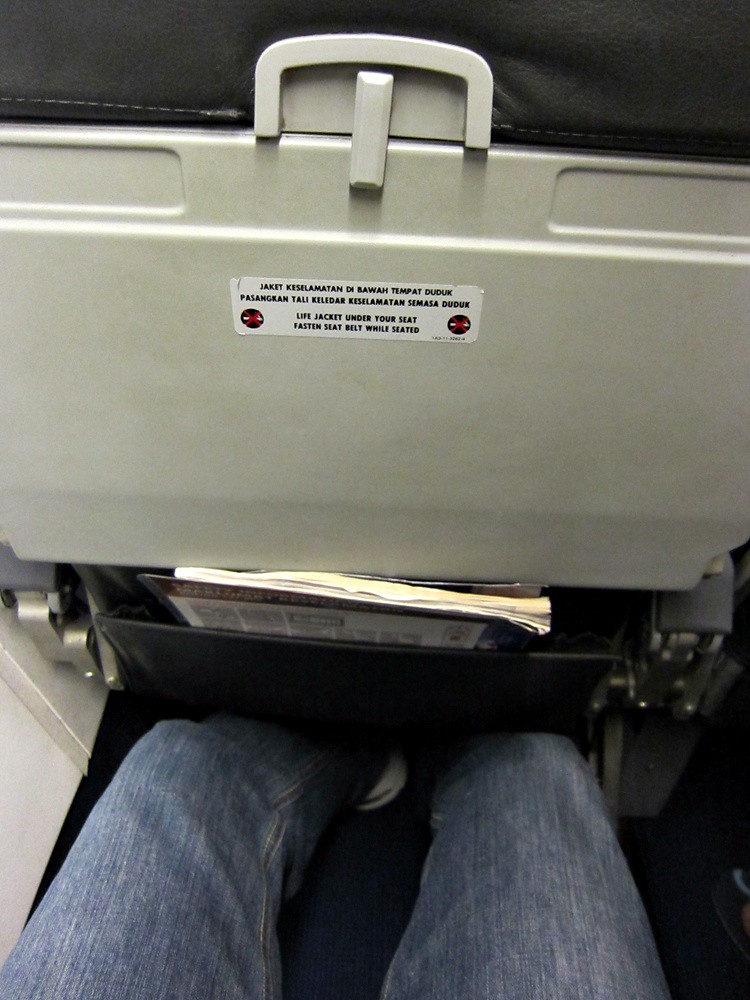 Inflight magazine and safety card in the seat pocket. 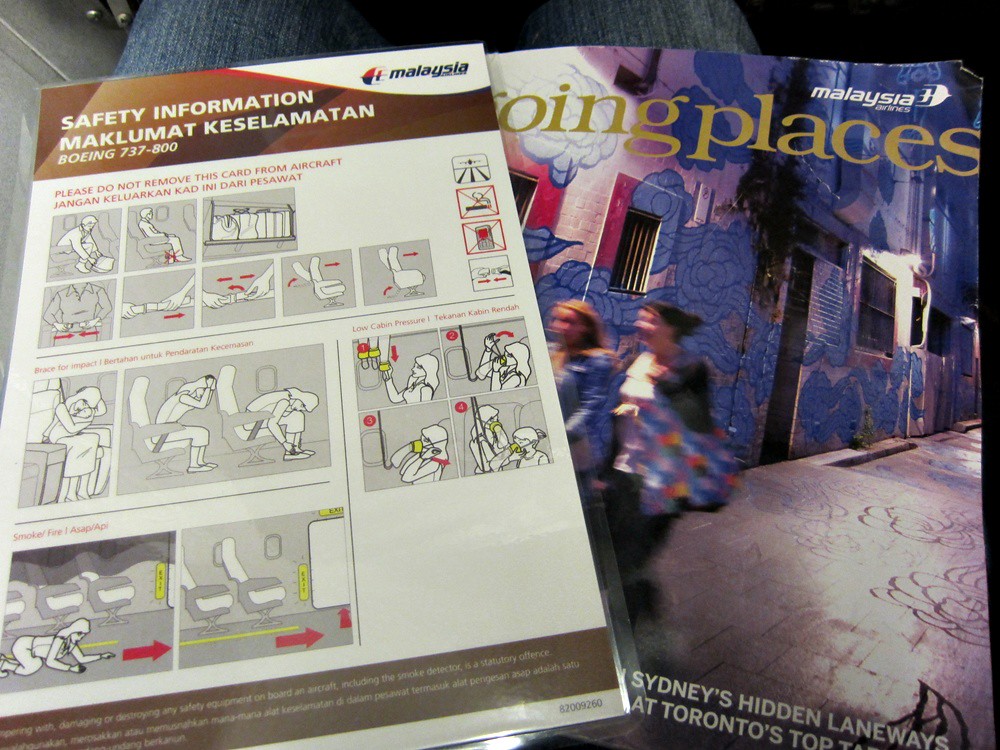 Pushback was delayed due to late boarding by a family. Doors were finally closed and safety video was played. The new MH safety video, which was introduced recently, was broadcasted on the overhead drop-down LCD screens. Felt that it was also better than the SQ one (which looked like a final-year project video by tertiary institution students). 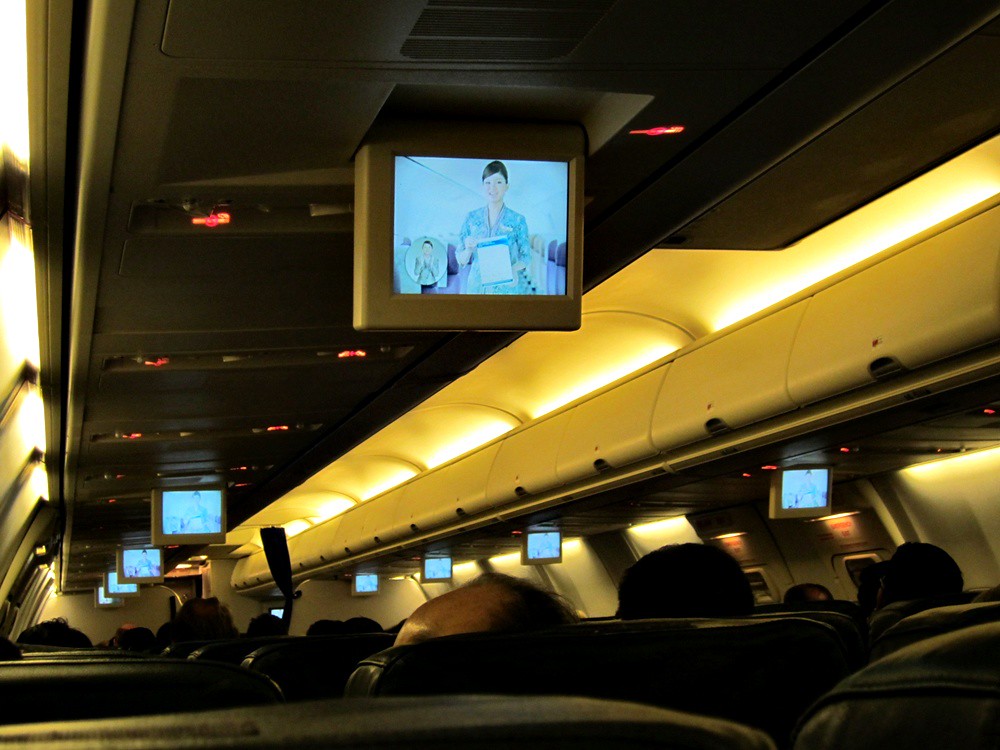 Click here to watch the new safety video, uploaded by a youtuber.

Pushed back. Looked like Tiger and Silkair are dominating T2 now. 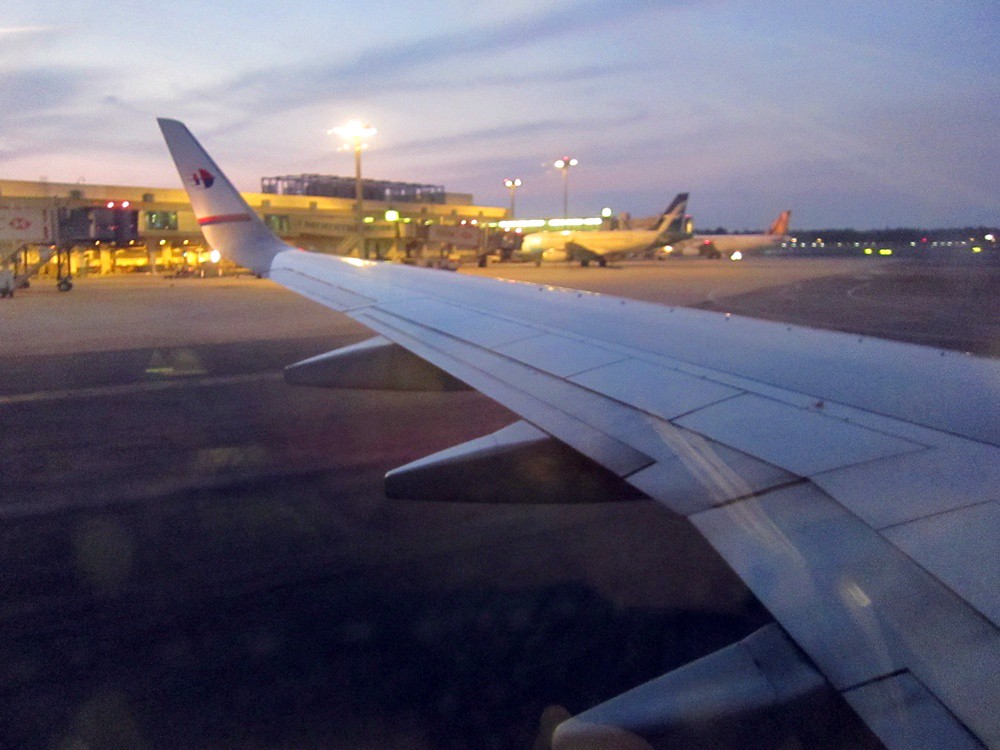 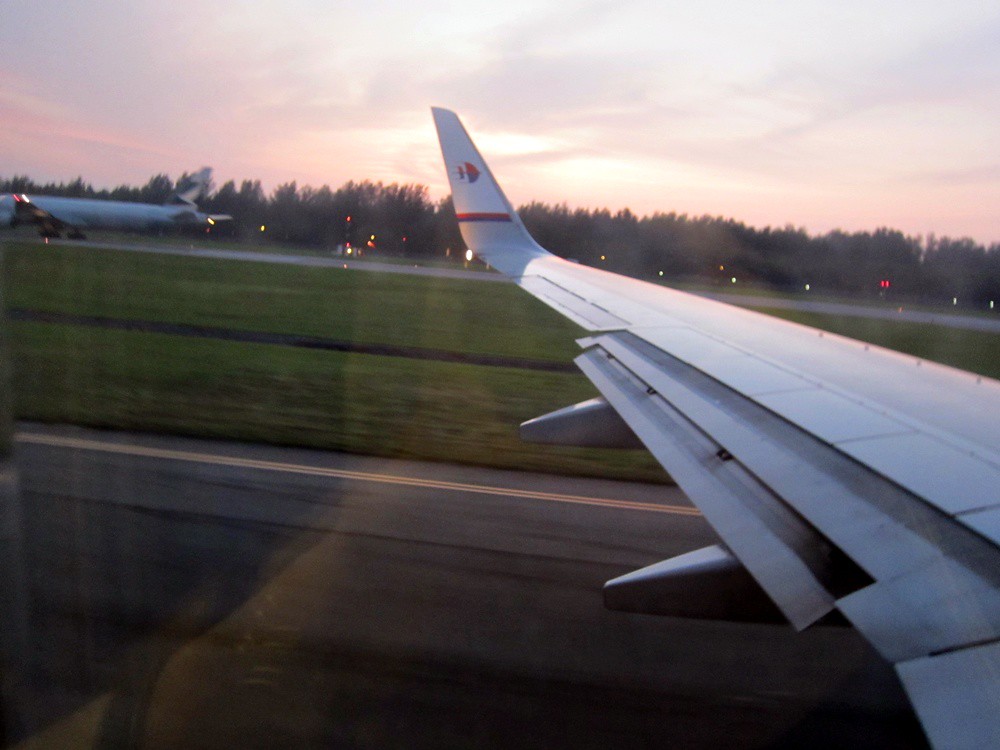 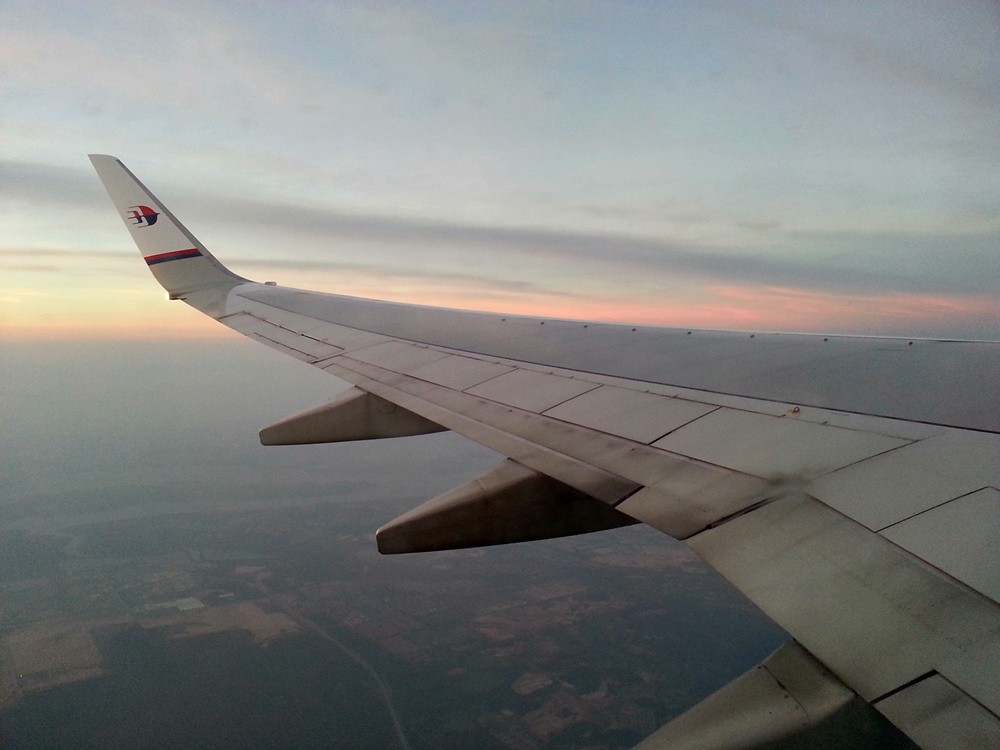 After takeoff announcement while climbing to cruising altitude.


Service on the short hop started, first with the distribution of peanuts by a stewardess from a basket. Hmm, peanuts so early in the morning. 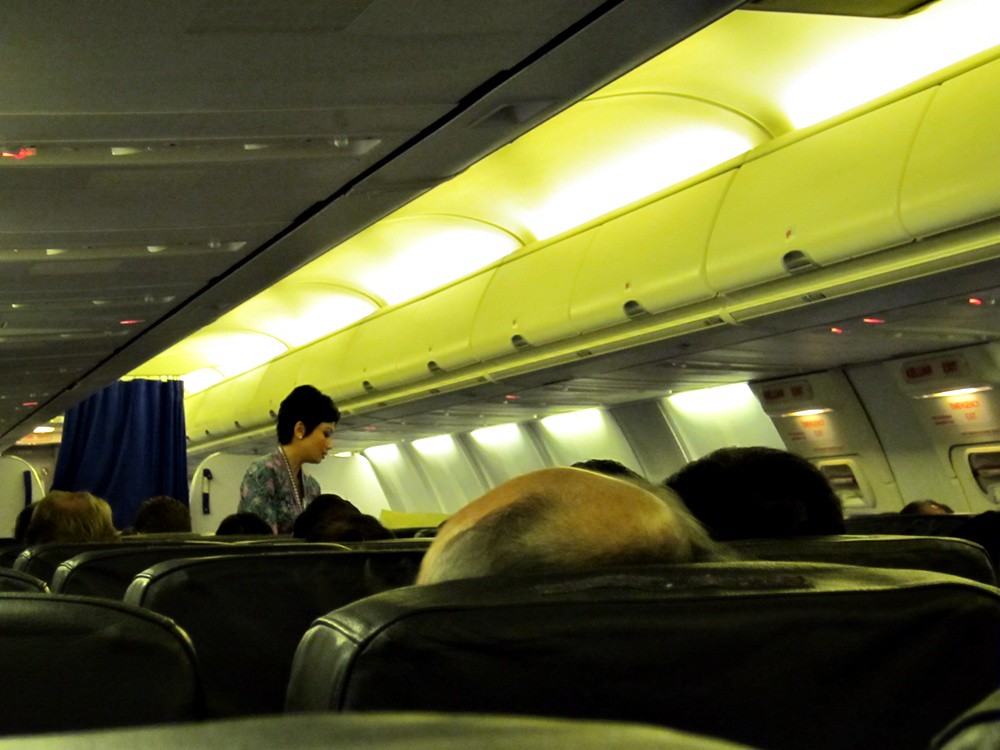 MH peanuts. Well, better than nothing. 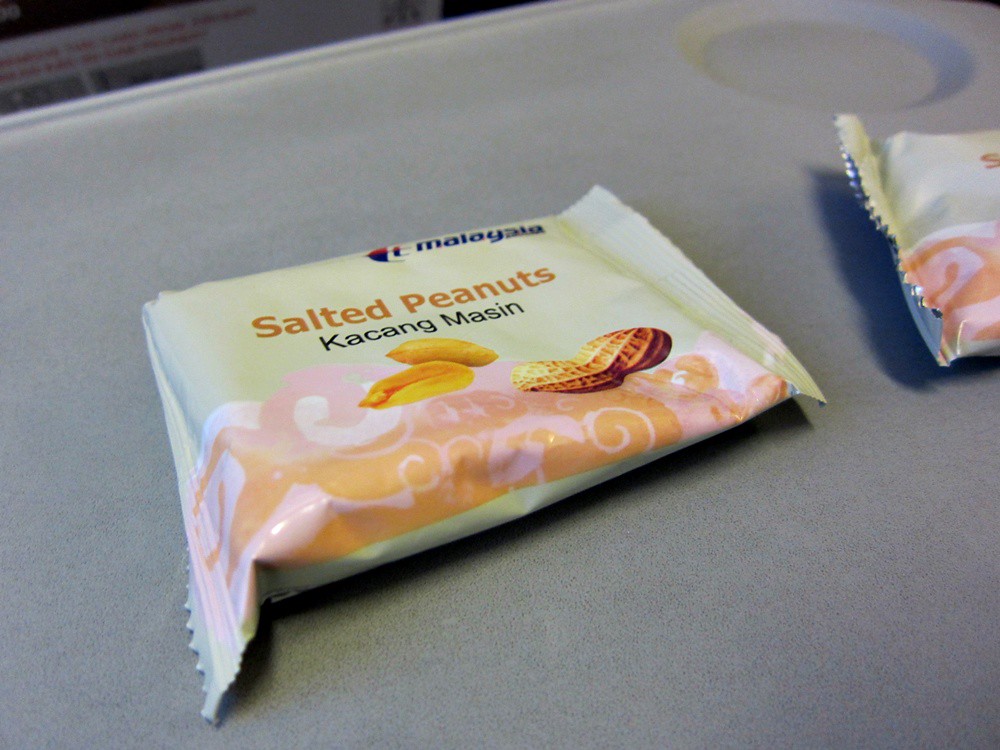 After peanuts were distributed, crew came out with trays of orange juice, apple juice or water, all poured in cups. I had an apple juice. Apparently hot coffee/tea were also available on request as a few passengers requested for them. 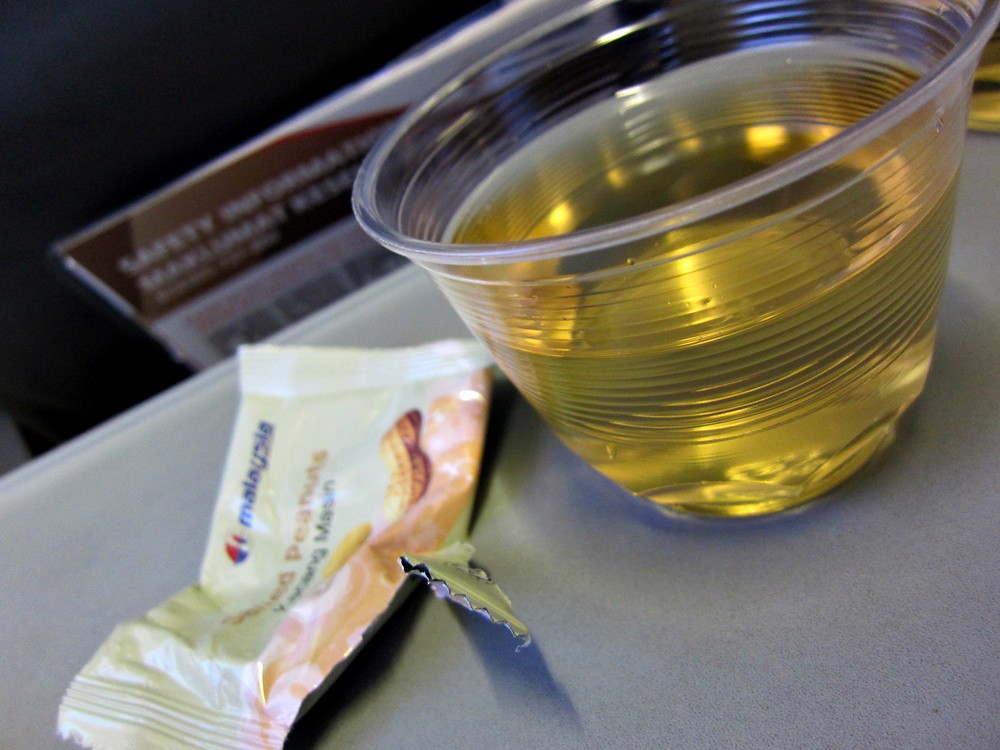 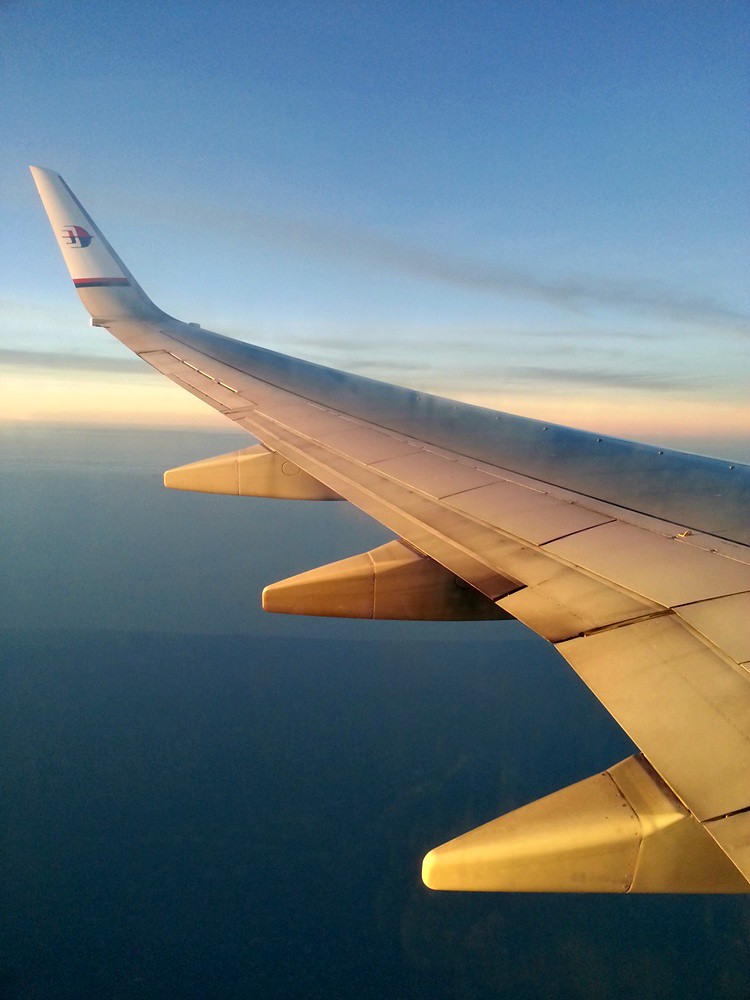 Pilot's announcement just prior to descent.


We ended up circling for 15min while waiting for landing clearance. Boosted the flight time from 30min to 45min. Crew also cleared all refuse and prepared cabin for landing. Very efficient performance by the MH crew. Guess they are used to these short sectors. 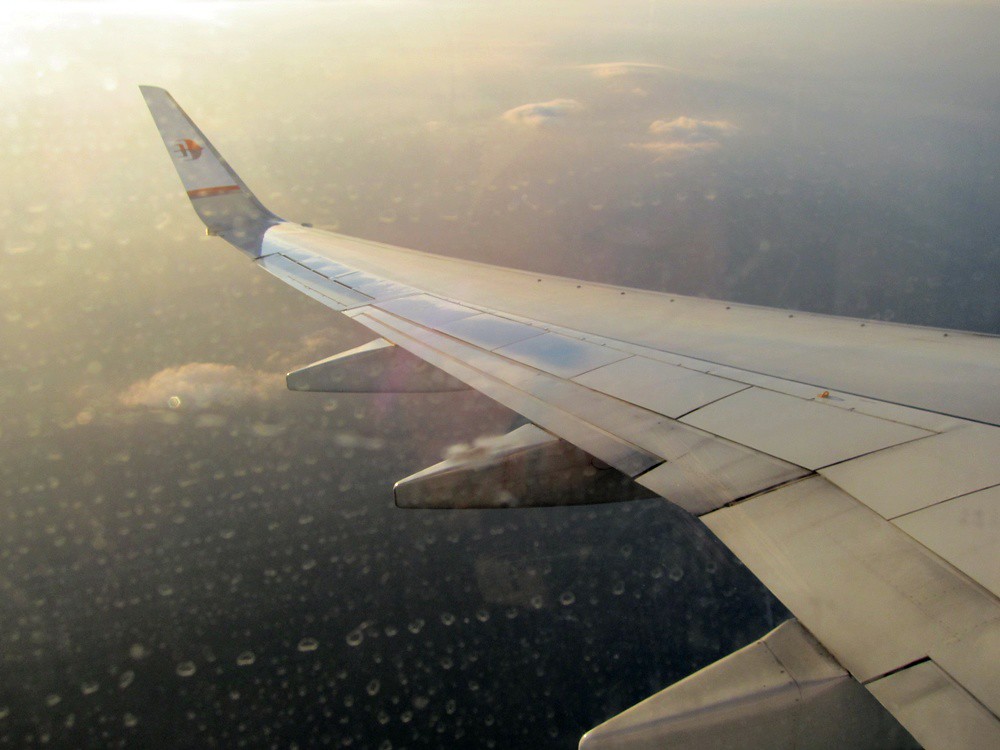 Final after a few turns, we made out final approach into KLIA. 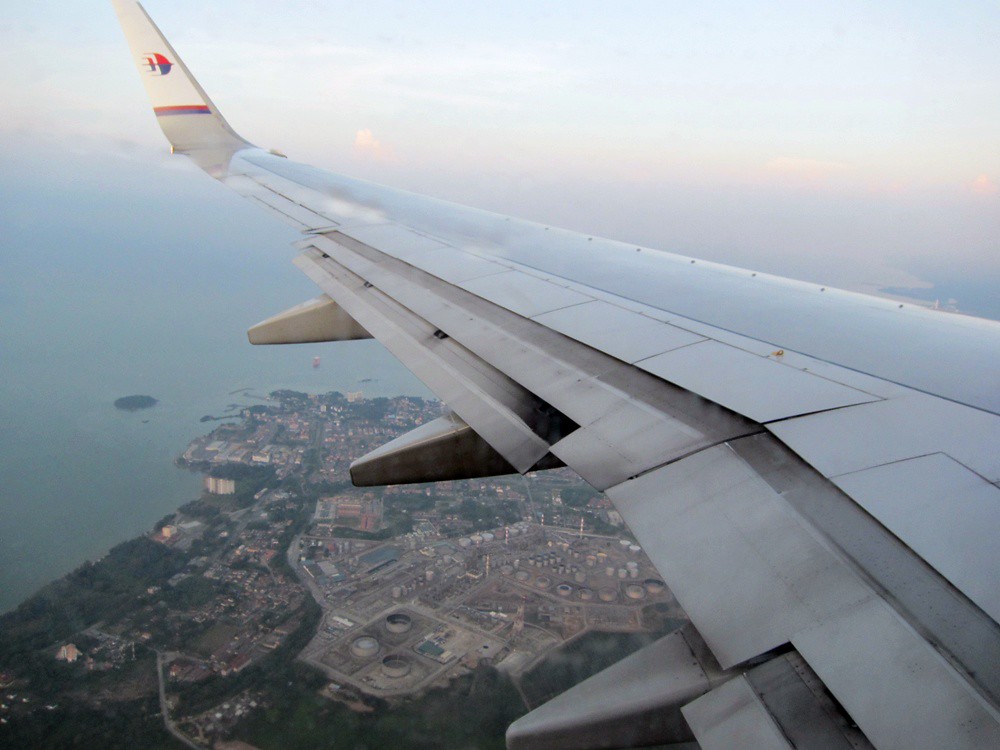 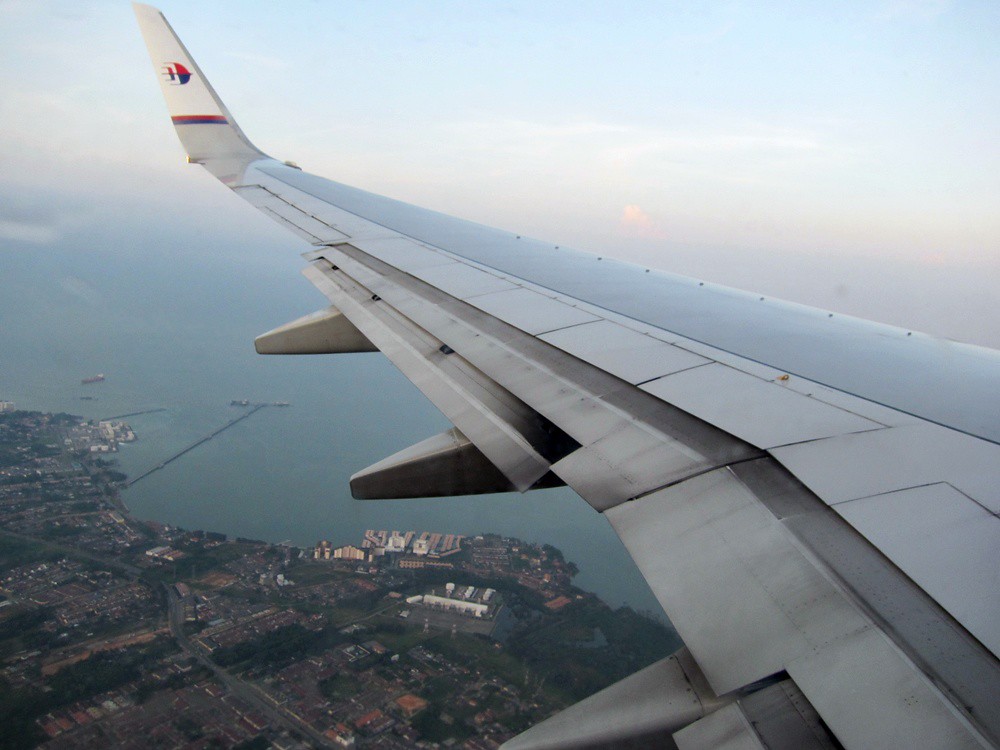 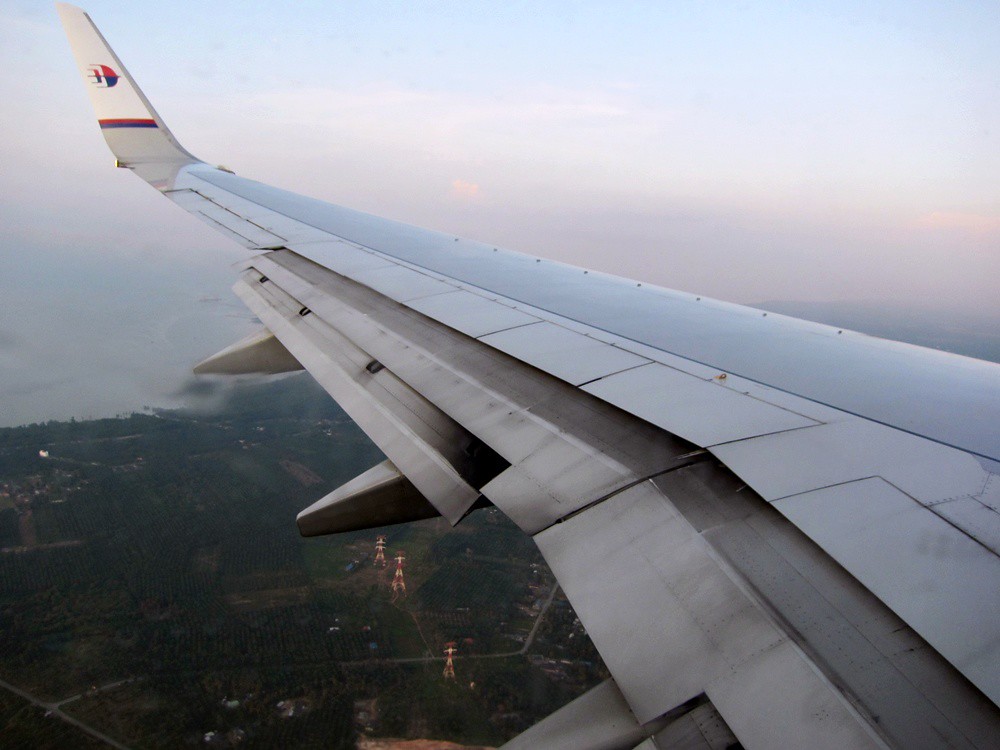 Landing on Rwy 32L after a 45min flight.


KLIA 2 in the distance, due for completion by June this year. 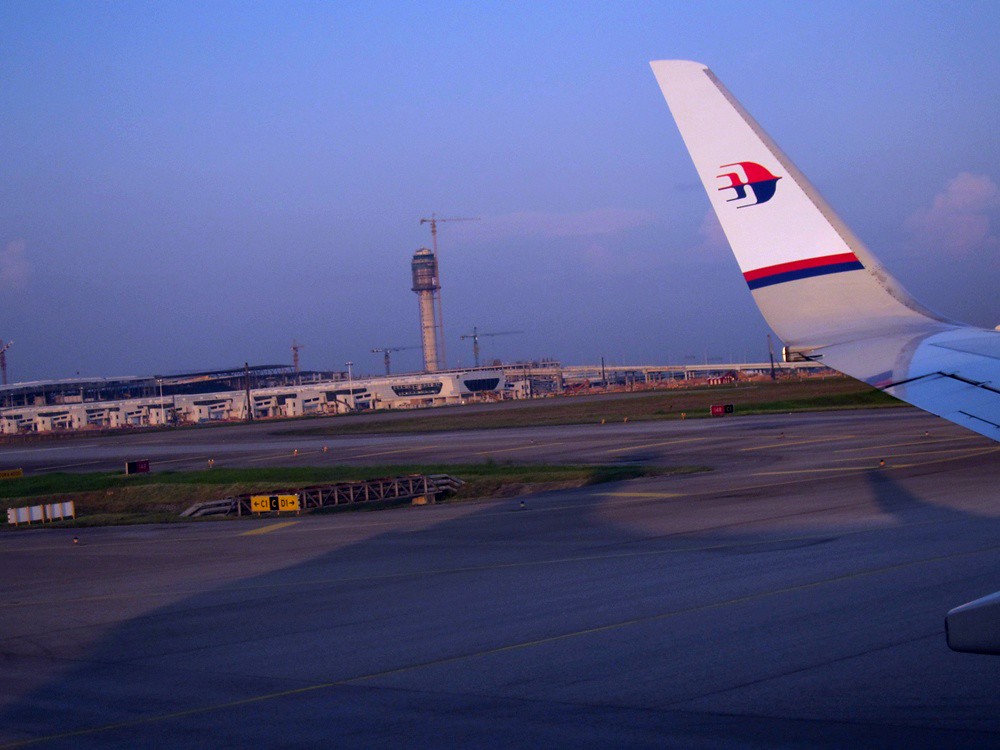 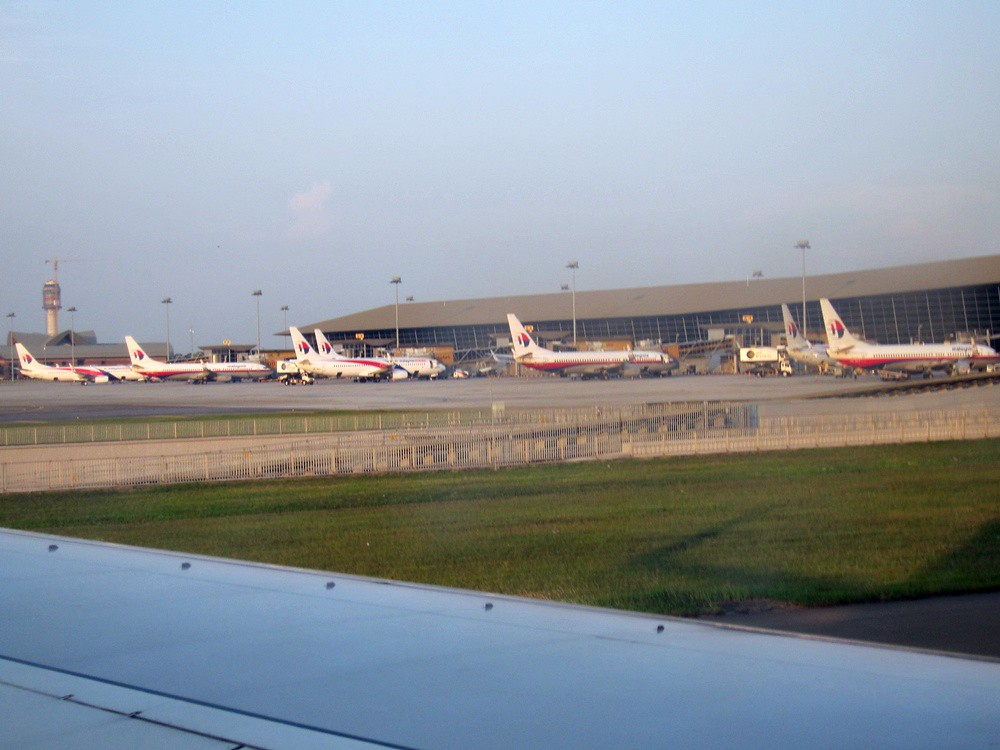 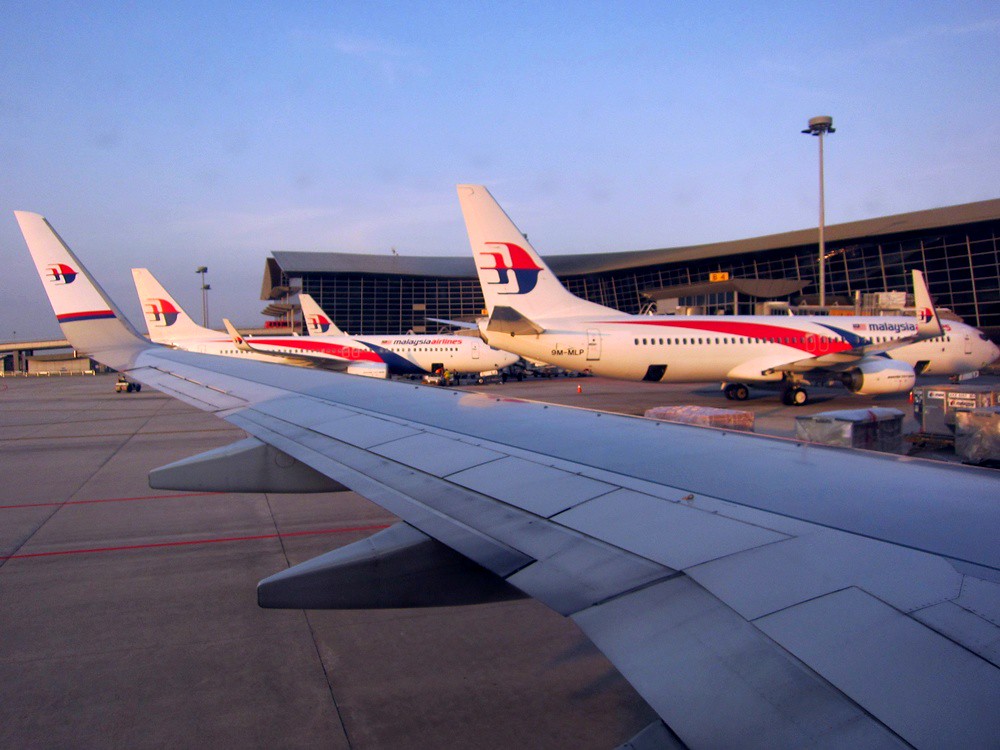 Economy seats during disembarkation. Sorry for the blurred pictures. 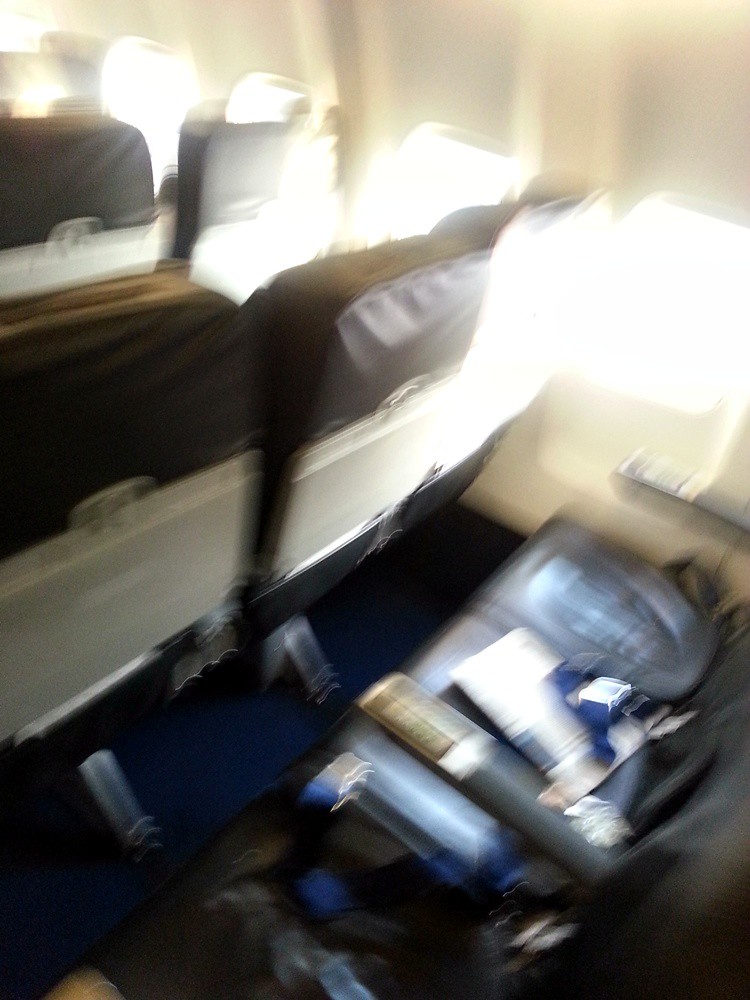 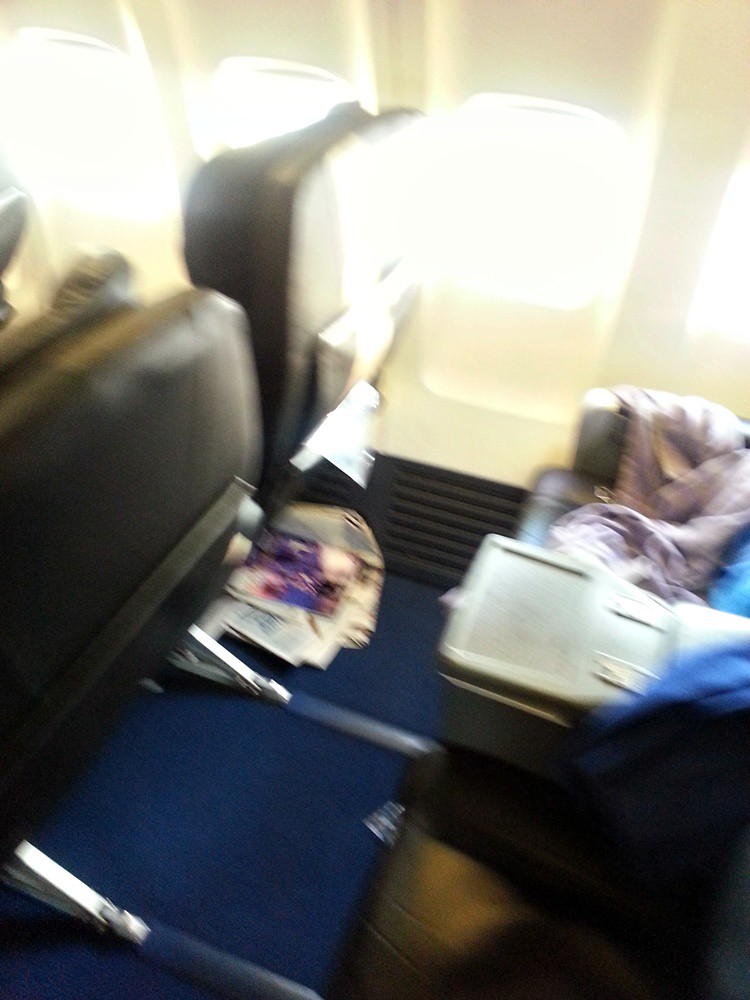 My only proper view of 9M-FFD. 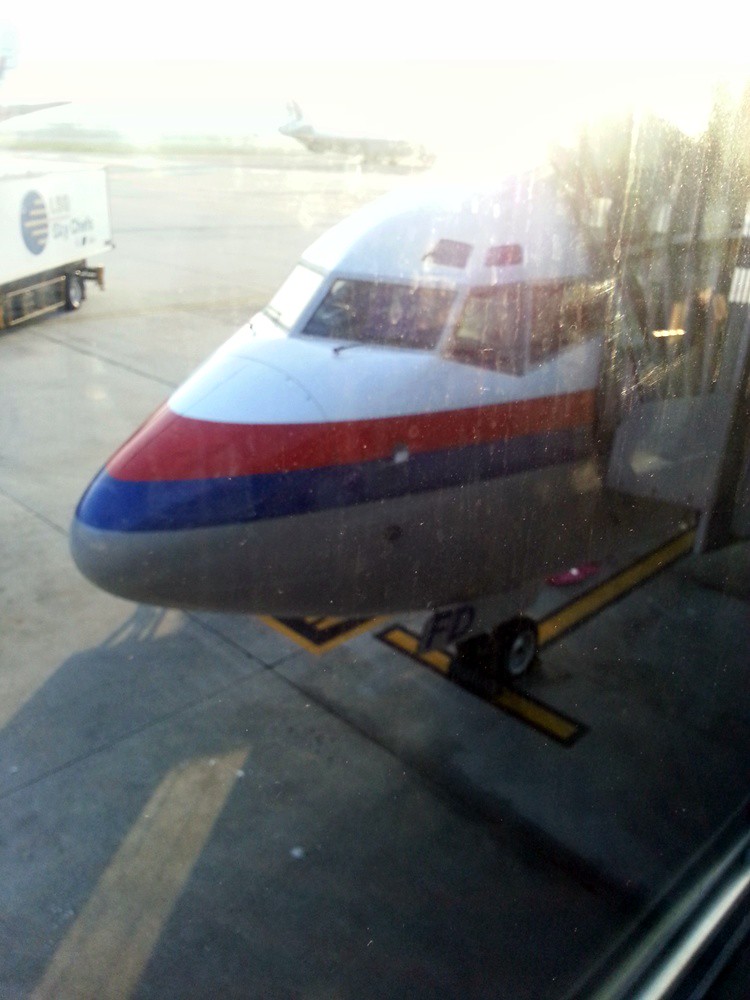 A short SIN-KUL sector on MH with the basics. Generally friendly and cheerful crew (surprisingly for such an early flight out) with the standard MH offerings.