#3 out of 68 Airlines A minimum of 10 flight-reports within the past two years is required to appear in the rankings. 632 reviews

By TerryYong 6288
Published on 24th October 2013
Upon disembarkation, a MH ground staff was waiting for us with our connecting boarding passes. Interestingly, they were handwritten boarding passes on MH stock. We were informed to proceed to the boarding gate directly for our SQ flight. Unfortunately, we were assigned one of the worst seats on the aircraft, the middle seats right in the center of the 4-seater row. The MH staff explained that the seats were assigned by SQ and there was nothing she could do about it, and we have to approach the SQ staff at the gate for any changes. Here, I was also wondering how we would be allowed onboard with the hand-written boarding passes. 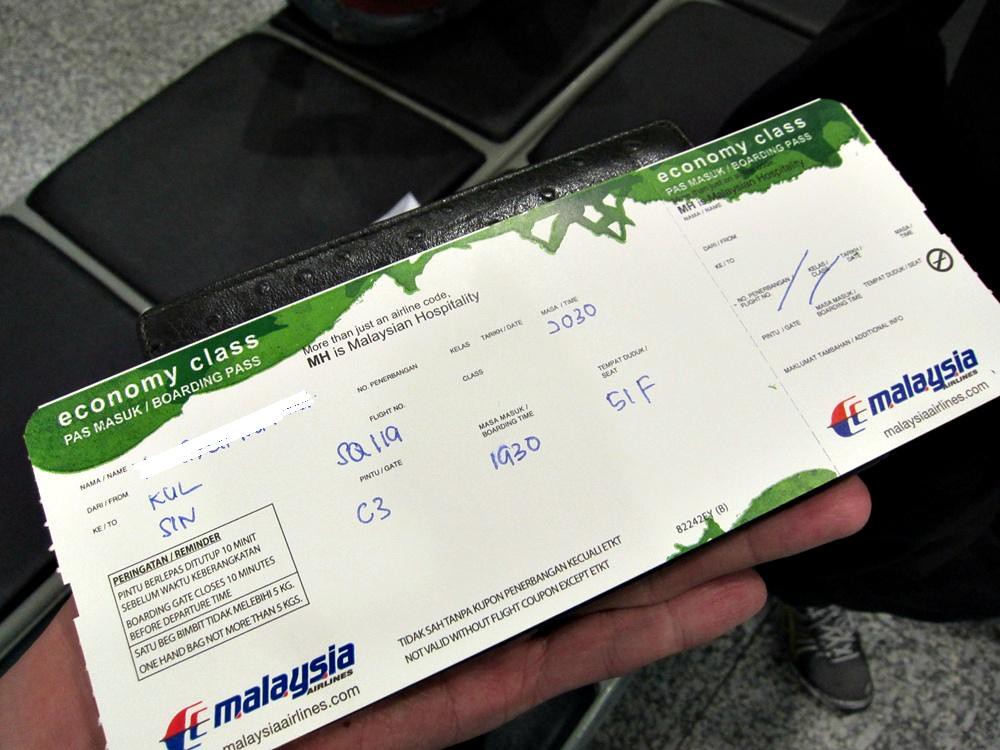 Took the train to the satellite terminal and proceeded to gate C3, where our A330 aircraft had already arrived. In fact, the aircraft had landed just after my KTM flight arrived. It has been quite a while since I last flew SQ on the KUL-SIN route, especially with the invasion of budget carriers. 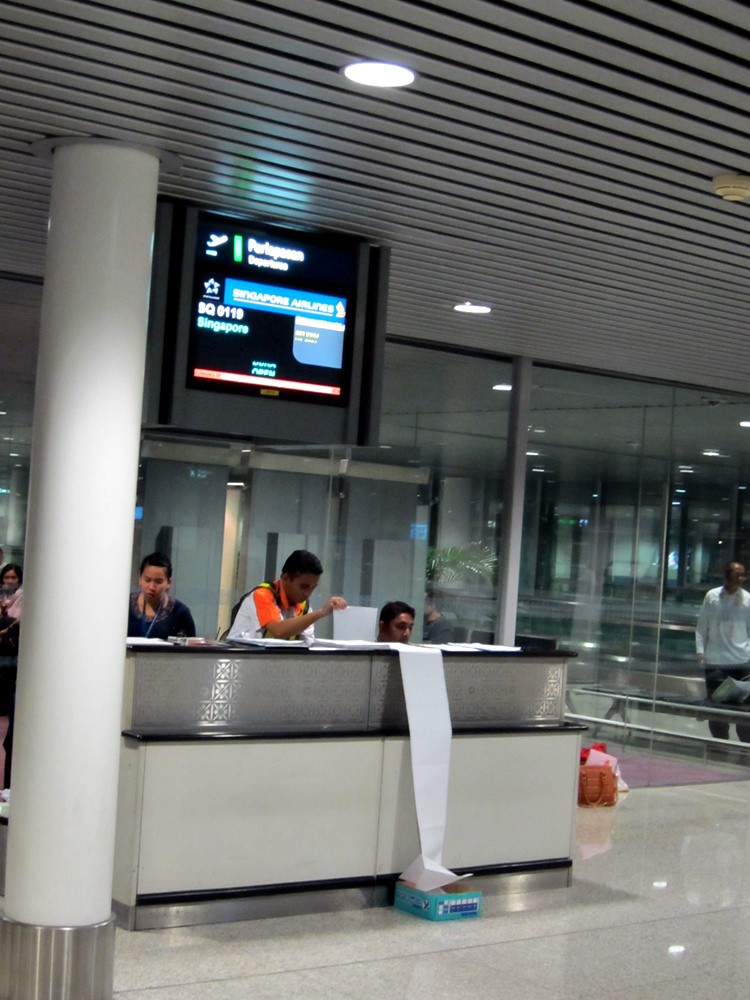 At the gate, the SQ agents saw our hand-written boarding passes and moved us aside to the processing counter, where we were then issued with proper SQ boarding passes. Our bag tags were also checked to ensure that our luggage would make it onboard. I requested for a change of seats from the center seats and we were given window/aisle seats. It was only when the boarding pass was issued that I realized that it was the emex row again! Hat-trick! 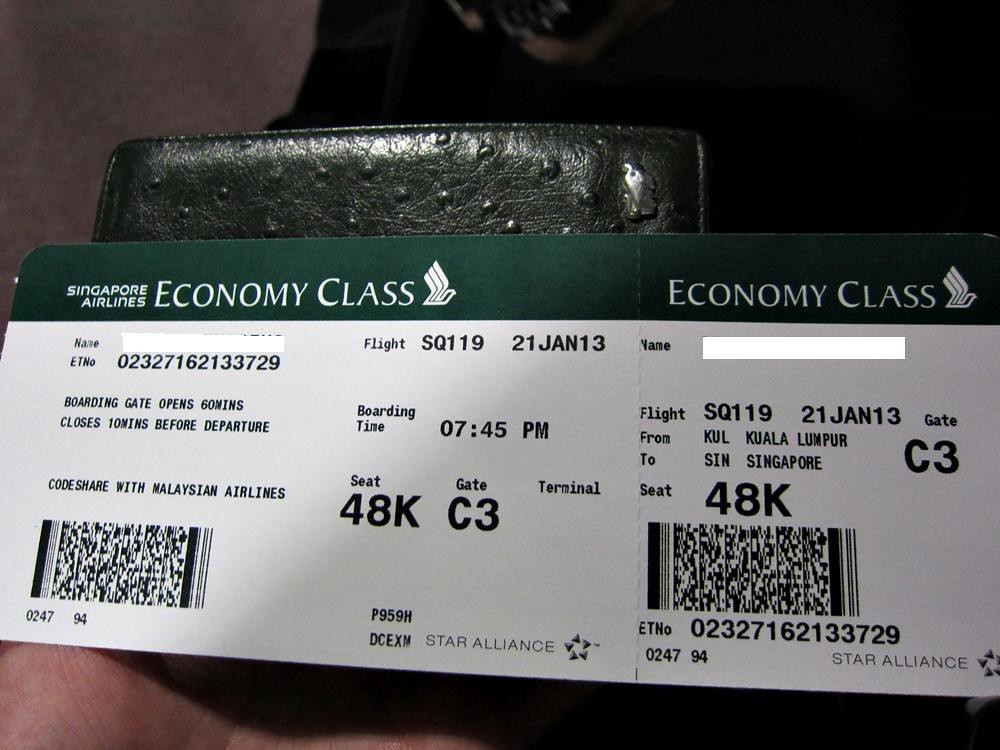 9V-STH preparing for the short flight back to SIN. 3rd time that I would be flying her! 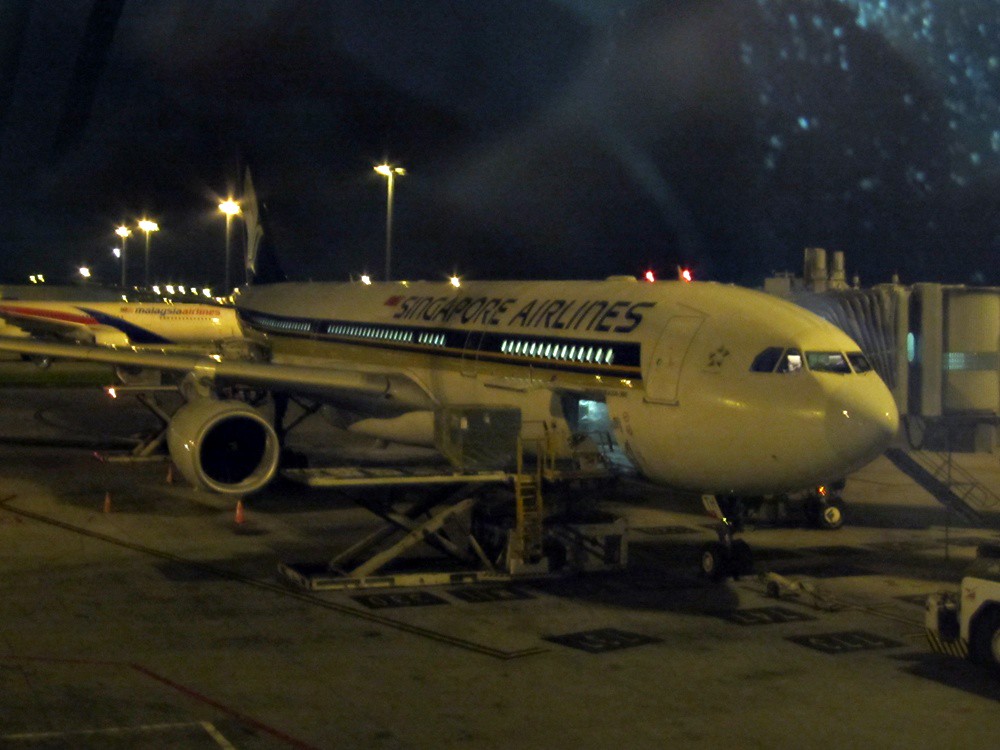 Flight appeared rather full, with mainly connecting passengers. Not many business travellers on this flight. All has defected to the budget carriers? Boarded, welcomed at the door and directed to my seat. Newspapers were available as well during boarding.

My seat with tons of legroom! 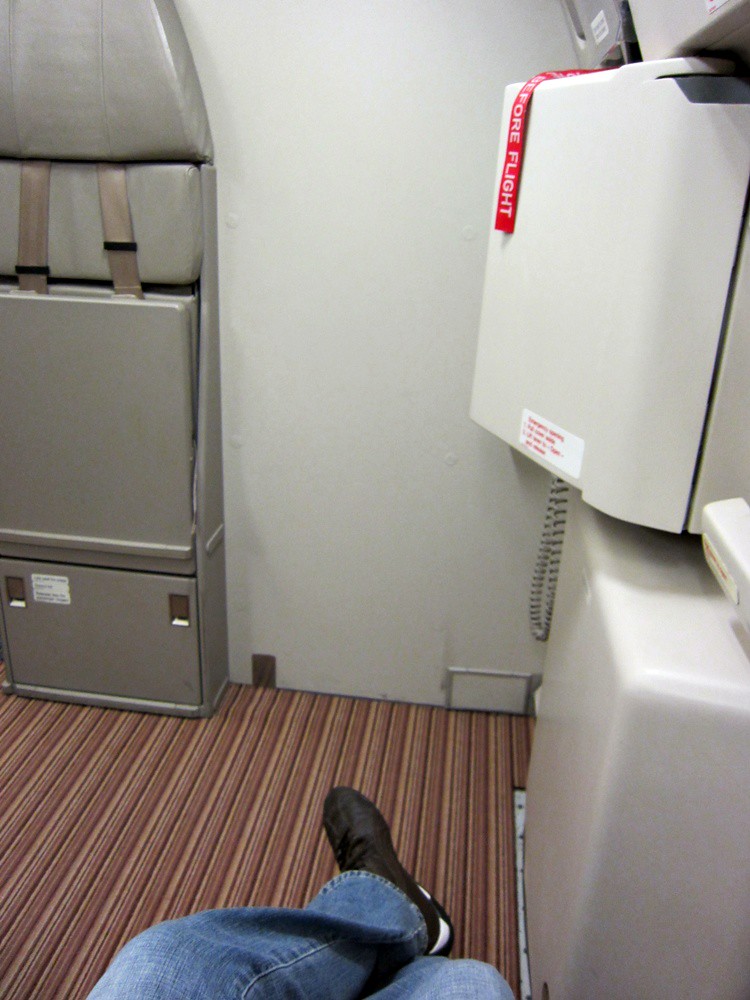 Magazine rack at the side. 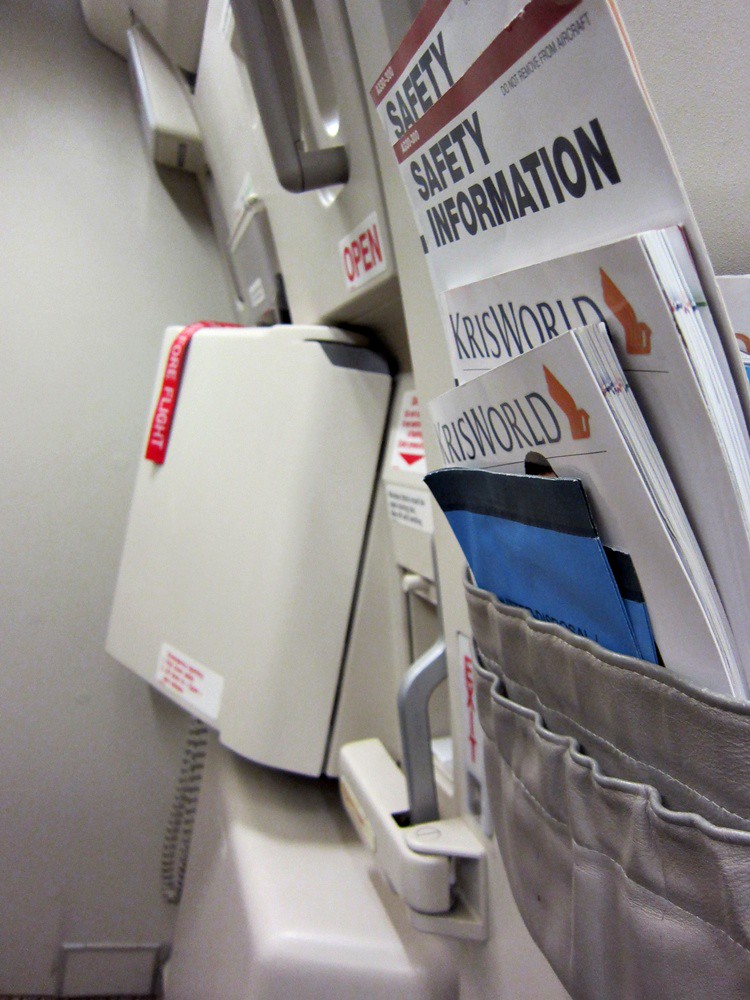 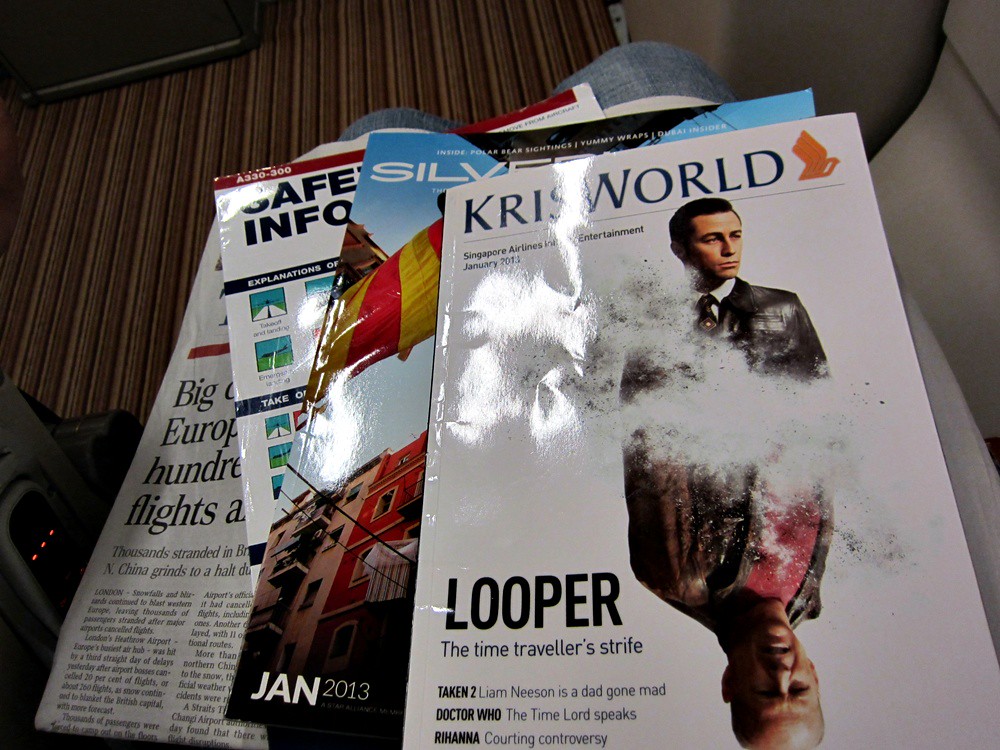 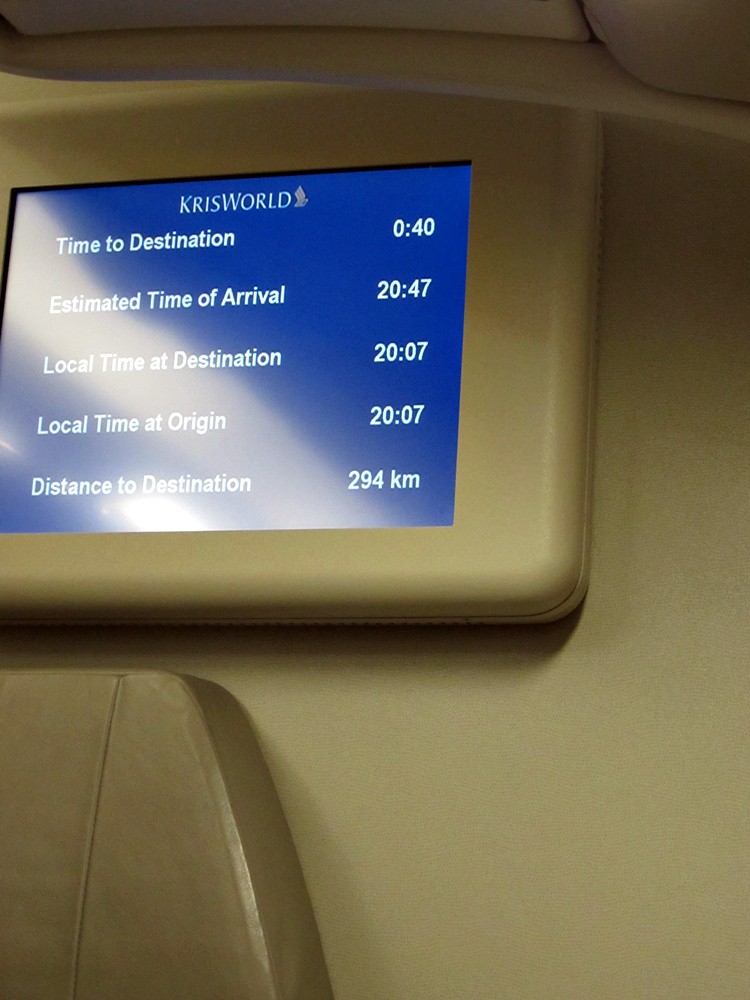 SIN is literally a short hop away. 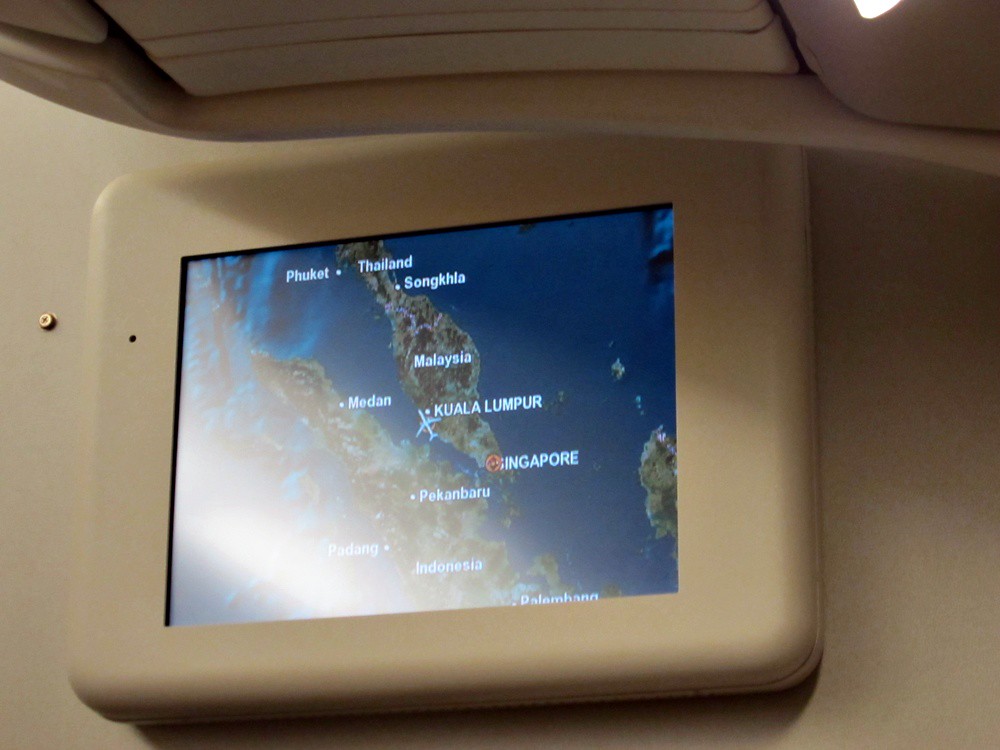 Boarding in progress. The middle seats remained empty. Guess nobody wants to fork out extra money for the seats on this short flight, unless they are free! 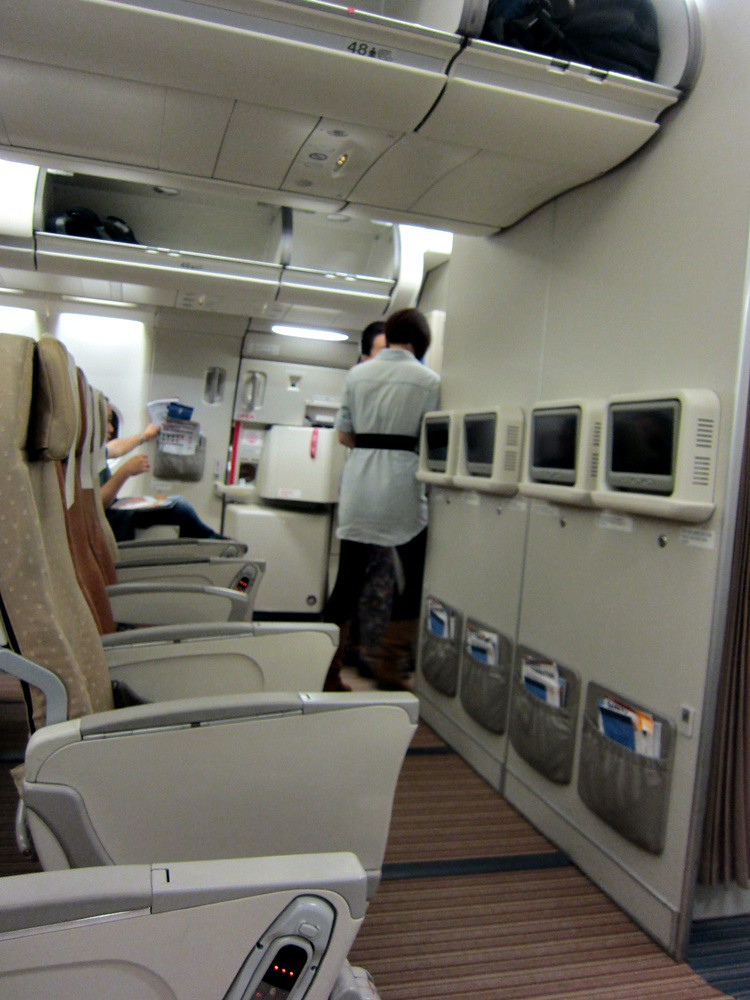 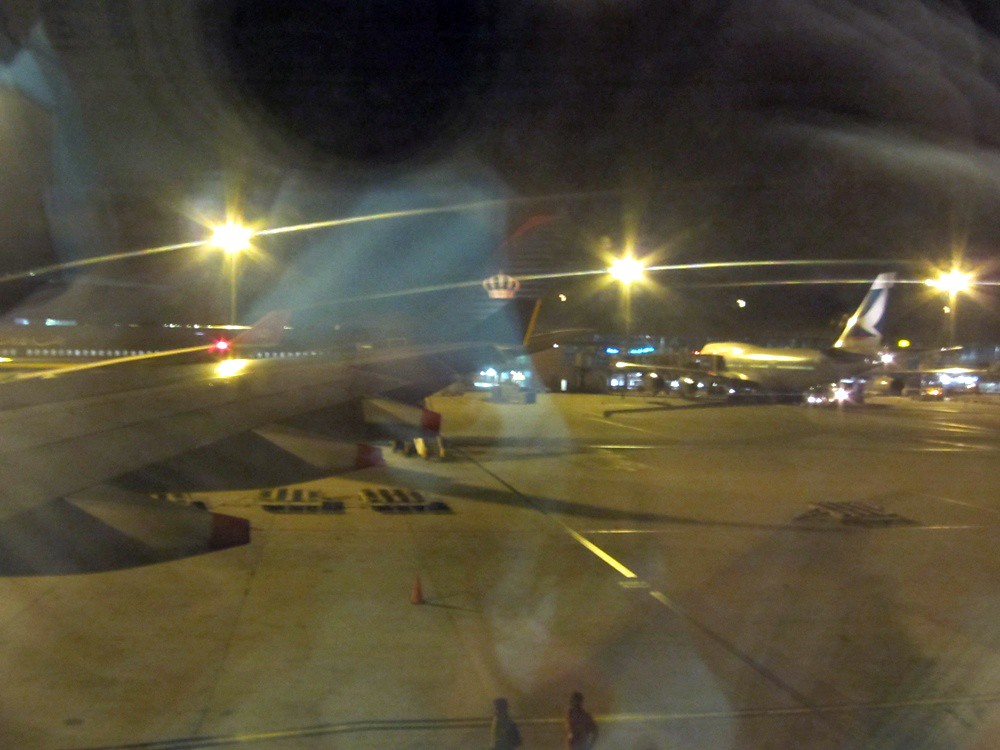 Pushed back on time and took off from Rwy 32R. No video as the stewardess was just seated in front of me. Made a quick visit to the lavatory after seatbelt signs were switched off. No amenities other than the mouthwash on this short flight. 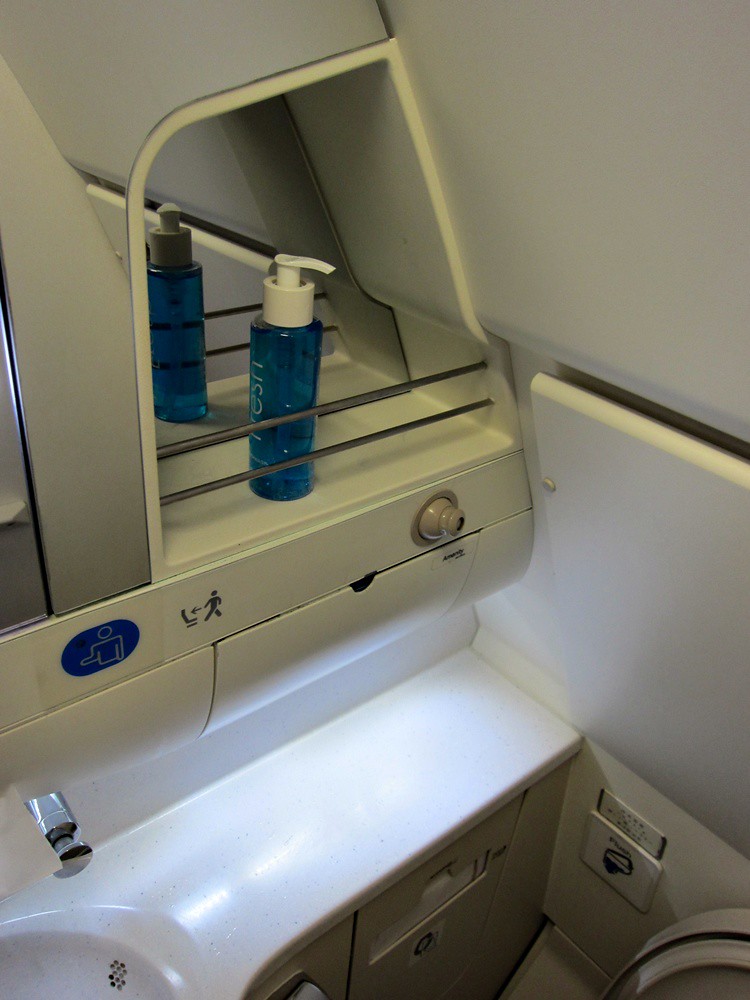 Service started, with the crew offering a selection of coffee, tea, orange/apple juices or water. No nibbles on offer as usual. I had an apple juice, which came in a pre-packed container. Service was very efficient today. 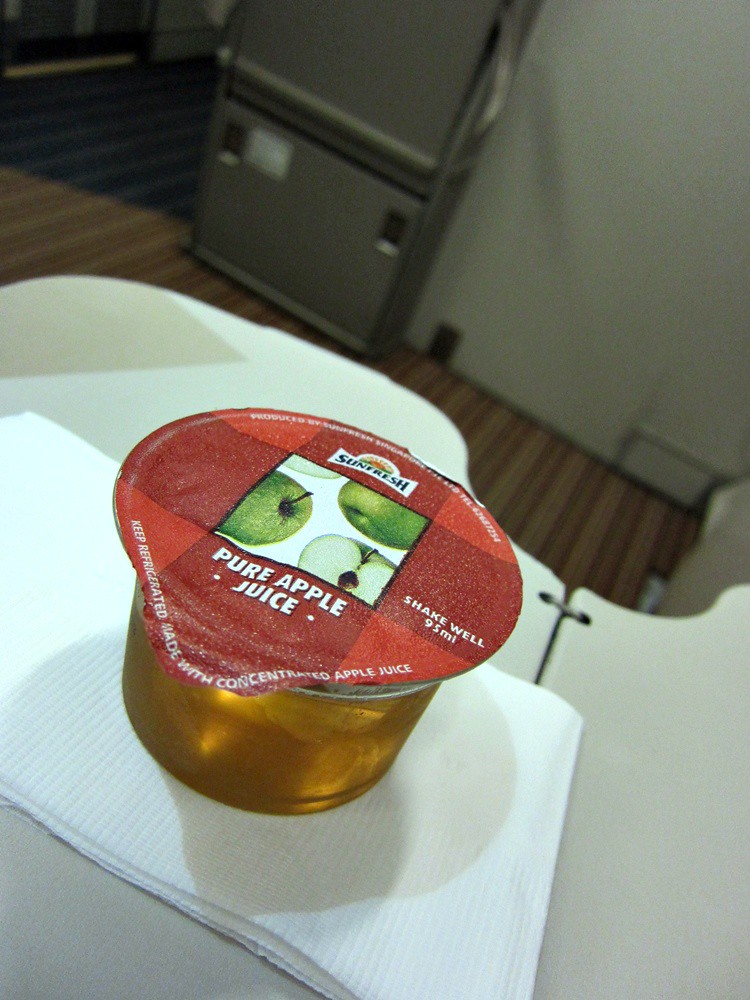 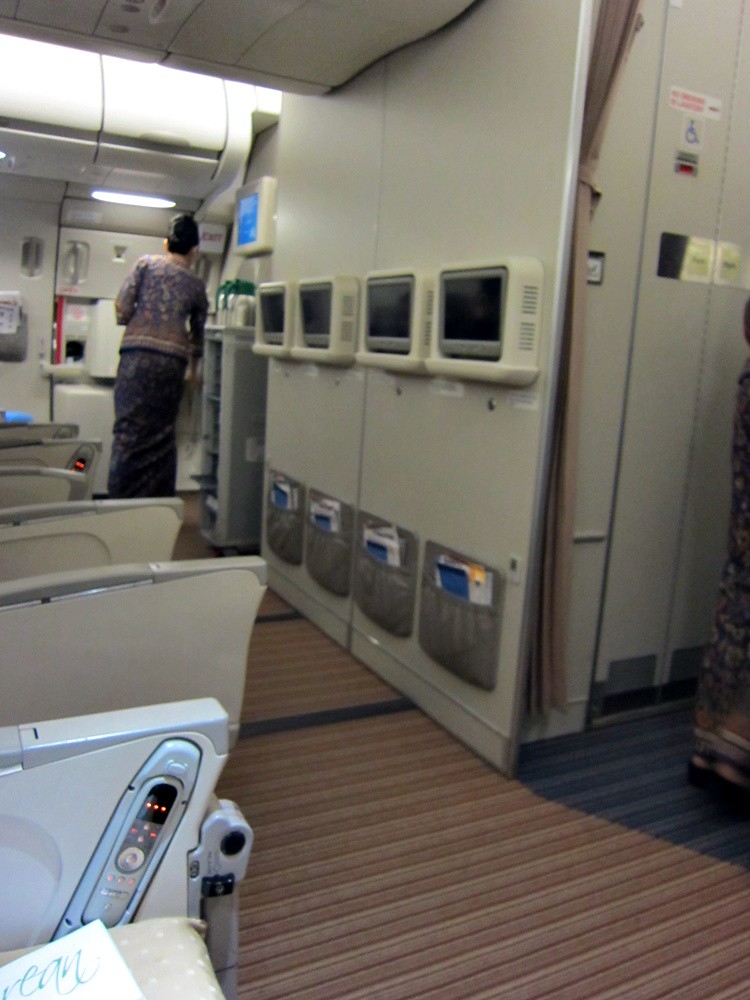 Very soon after, the pilot came on and descend commenced. Trash were cleared and we soon approached Singapore. Surprisingly, not much of a hold tonight.


Landed on schedule on Rwy 02L and had a short taxi to T3 for disembarkation. Our front-row seats while waiting to disembark. If only the flight is longer… 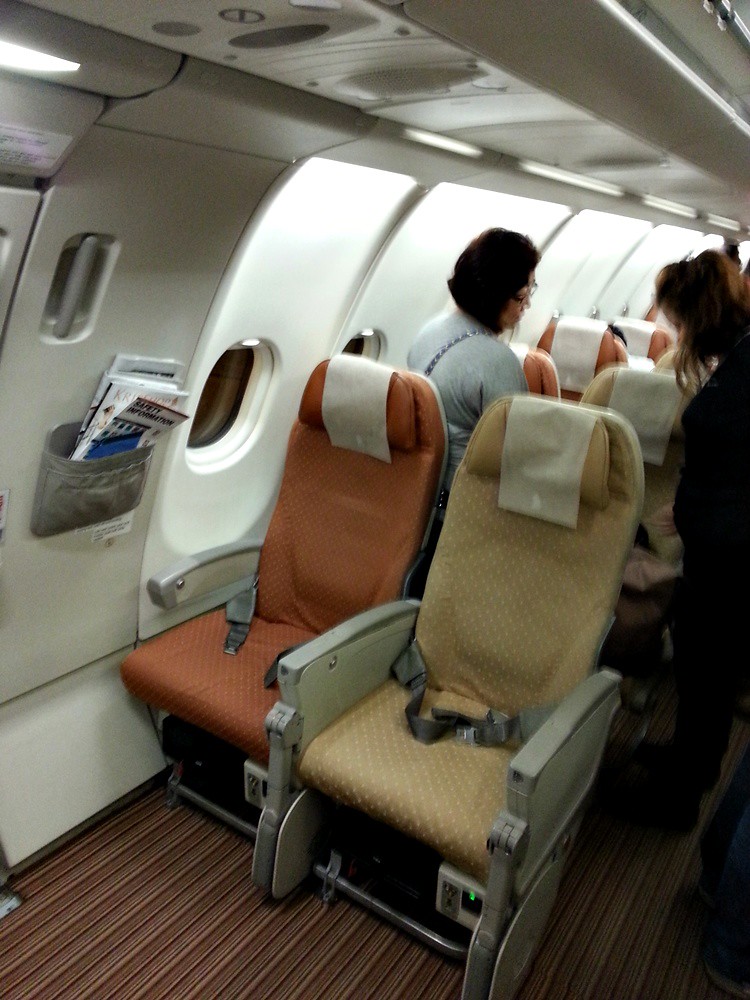 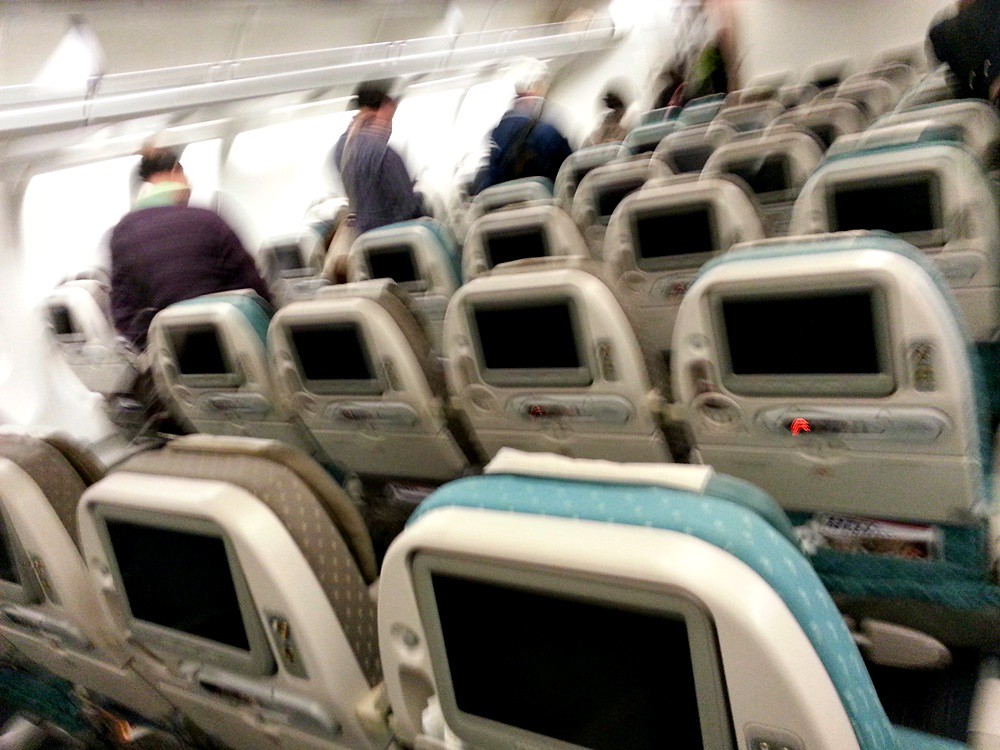 9V-STH with its distinctive grey nosecone. 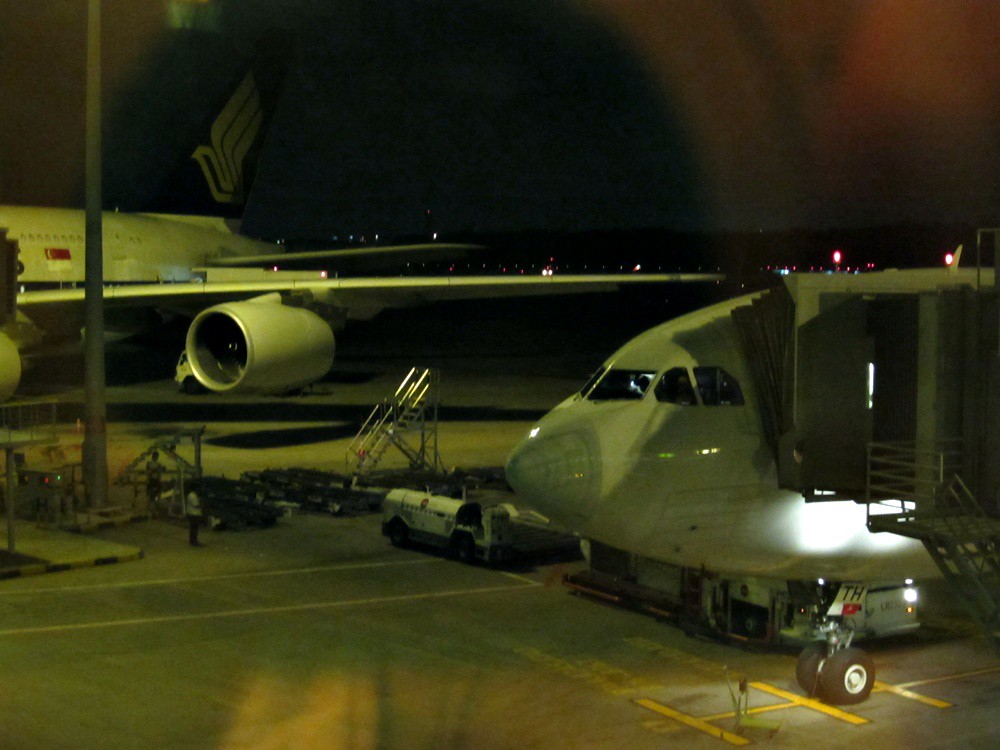 Short and efficient sector on SQ but would appreciate some nibbles (aka MH peanuts) during the flight.