#14 out of 72 Airlines A minimum of 10 flight-reports within the past two years is required to appear in the rankings. 197 reviews

By TerryYong 2967
Published on 31st October 2013
A quick review of the return flight home. Similar to the outbound flight, the return flight was totally full in economy as well as most Singaporeans and Sarawakians took advantage of the long weekend to visit Kuching or return home.

Bag-drop counters where we obtained our boarding passes. With MH having upsized their baggage allowance to 30kg for economy passengers, almost everyone were checking in their bags! 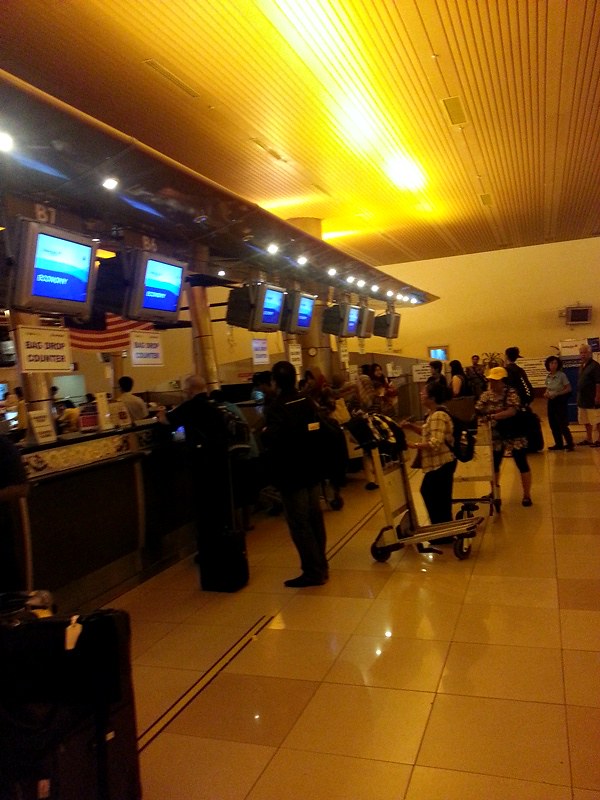 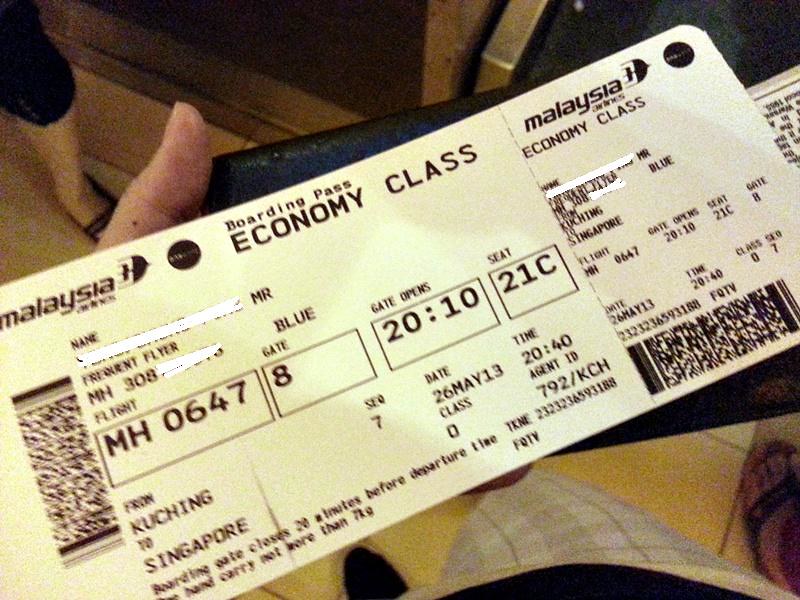 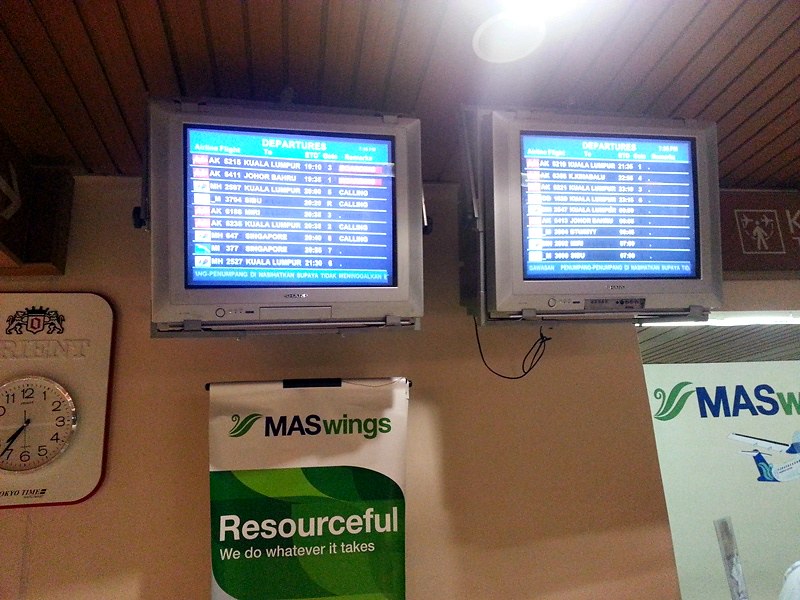 Boarding will be at Gate 8. However before boarding, some of us grabbed light refreshments at Coffee Bean. As most of the airport shops and eateries are at the domestic section of the terminal, which can also be accessed by international passengers provided you know it and did not go straight into the holding gates, most international-bound passengers missed out the eateries and shops as they took the escalators direct to the gates. 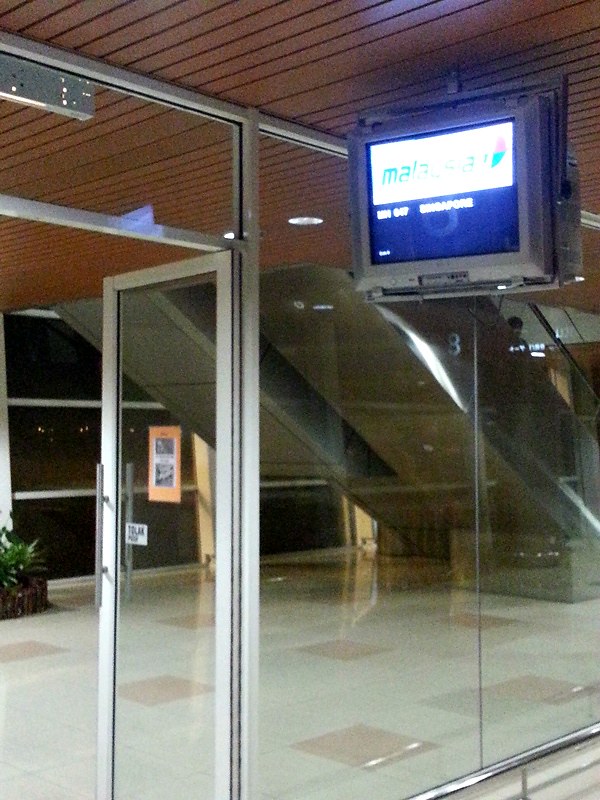 Unfortunately, this evening's flight would be operated by one of the older leased B738s, 9M-FFB, which was sent to Firefly and returned to MH after Firefly ceased jet operations.


Boarding had already started as we reached the gate and we proceeded straight into the plane. However there was still a queue in the aerobridge. Welcomed by friendly stewardesses at the door. This plane was certainly much older than the plane on the inbound flight. We were seated at Row 20. 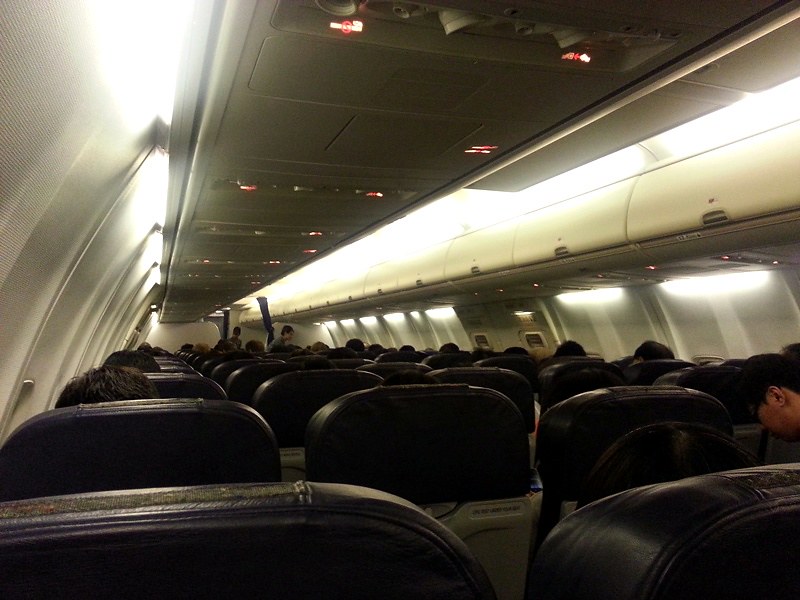 Seats were similar to those on budget airlines, but probably with a couple of inches more seatpitch. 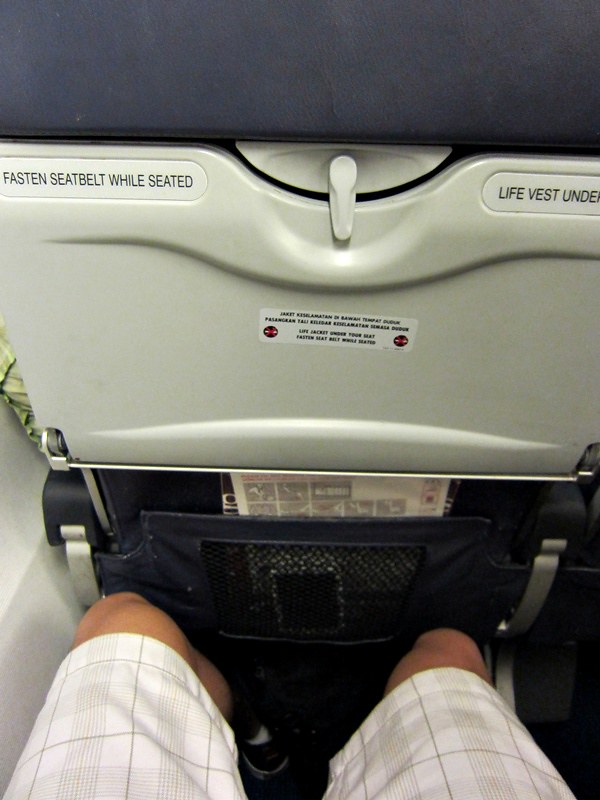 No duty-free guide on this plane. Just the inflight magazine and safety card. 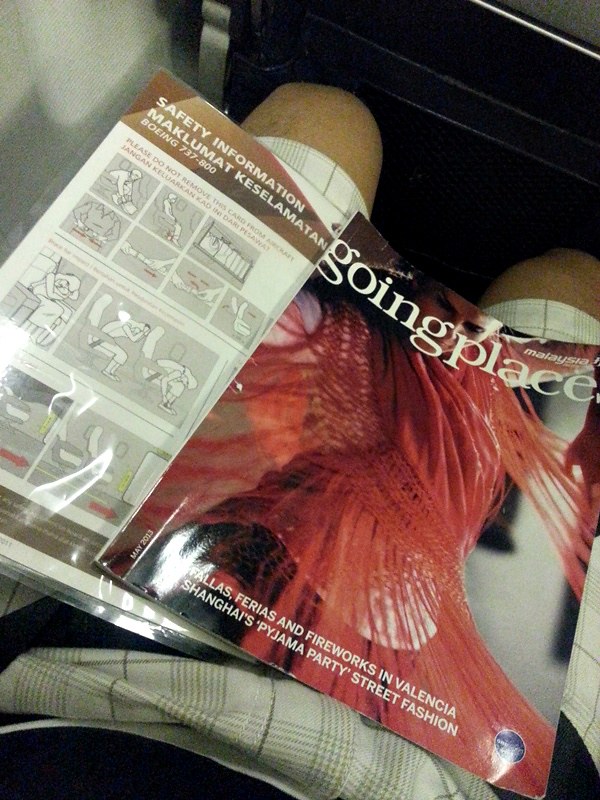 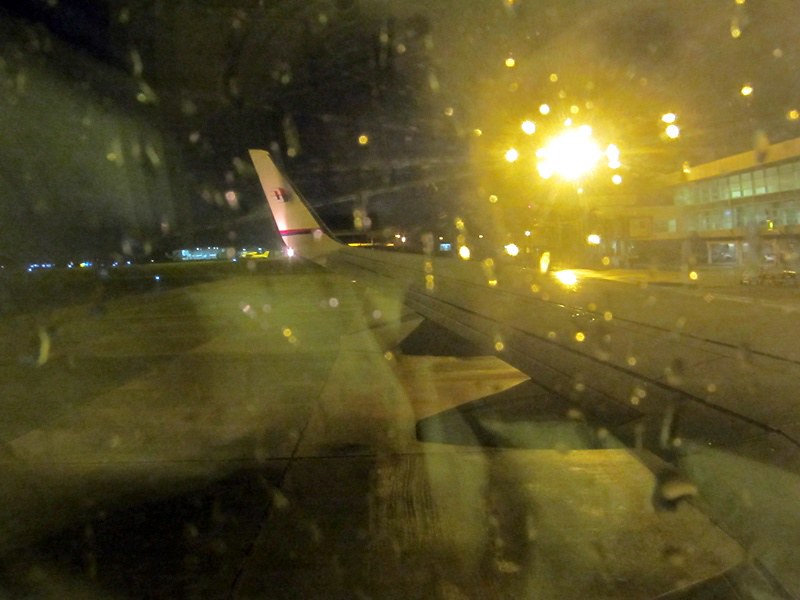 Boarding was completed and doors closed rather early. Flight time was announced to be a short 1h10m. Safety video was shown on drop-down monitors. Interestingly, the video was shown in Malay instead of English.


Crew then did a final check of the cabin before we pushed back and taxi to the runway. 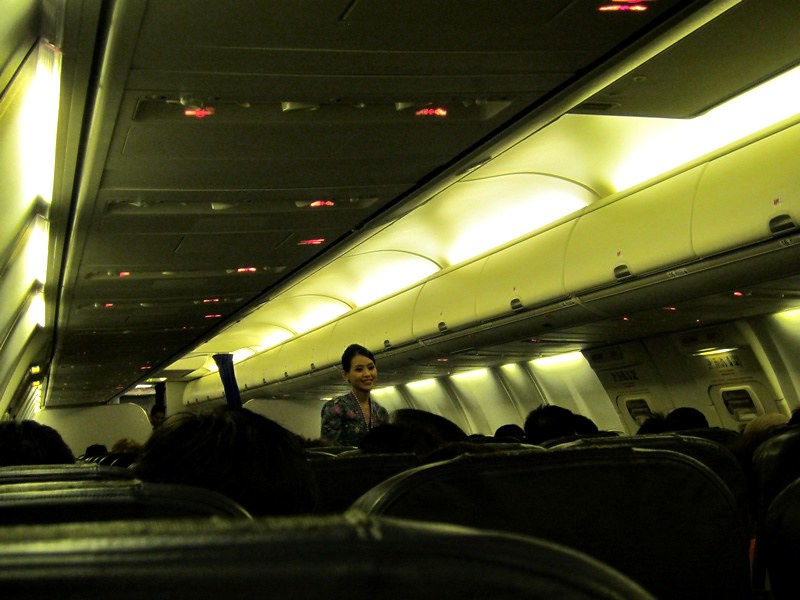 Taxi and takeoff from Rwy25. We took off from the midway point of the runway.


Shortly after seatbelt signs were switched off, meal service started. Again, 4 crew in economy with 3 carts used. Special meals were delivered followed the the carts coming out. 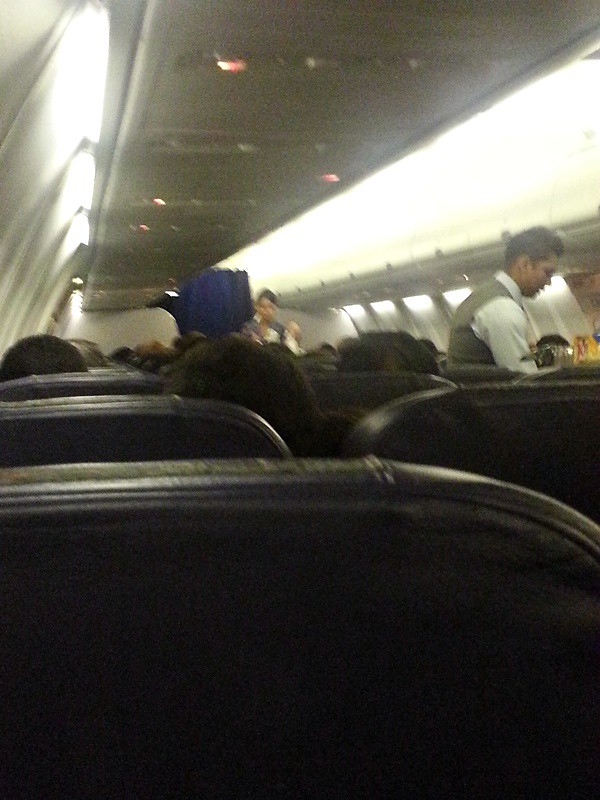 This time round, the service procedure was slightly different, with the rear cart manned by 2 crew beginning service from the last row and moving forward. As a result, we ended up being the last rows to be served. Also for some reason, service was rather slow on this sector as the rear cabin was served late. The 2 crew at the forward economy cabin were friendly and professional, but not so for the 2 stewards manning the rear. They were not rude or anything, but just lacked the professionalism of the other crew while rushing through the distribution of meals. We were only served 5min prior to the start of descent!

Again, 2 choices. Chicken with noodles or Fish with rice. The tray also came with cut melons, a kitkat bar and drinking water. 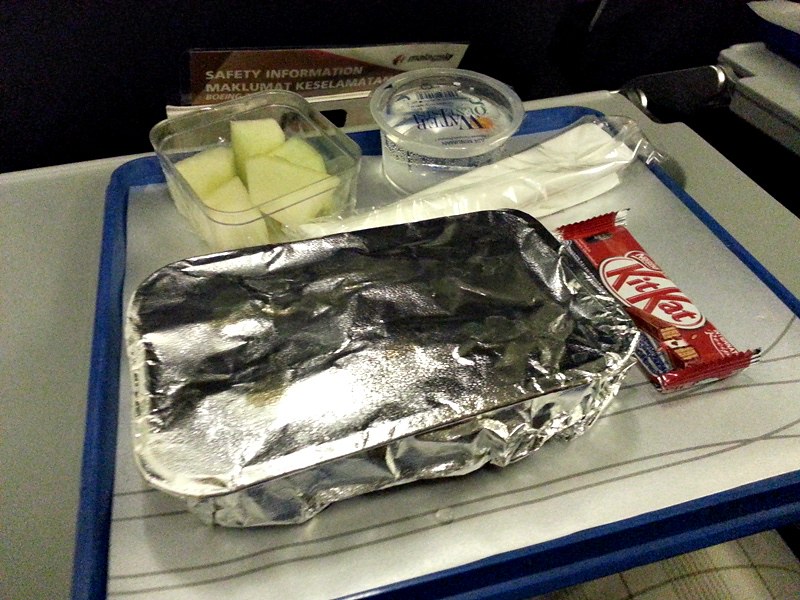 I had the chicken option, which was not too appetizing. Tasted like how it looked. 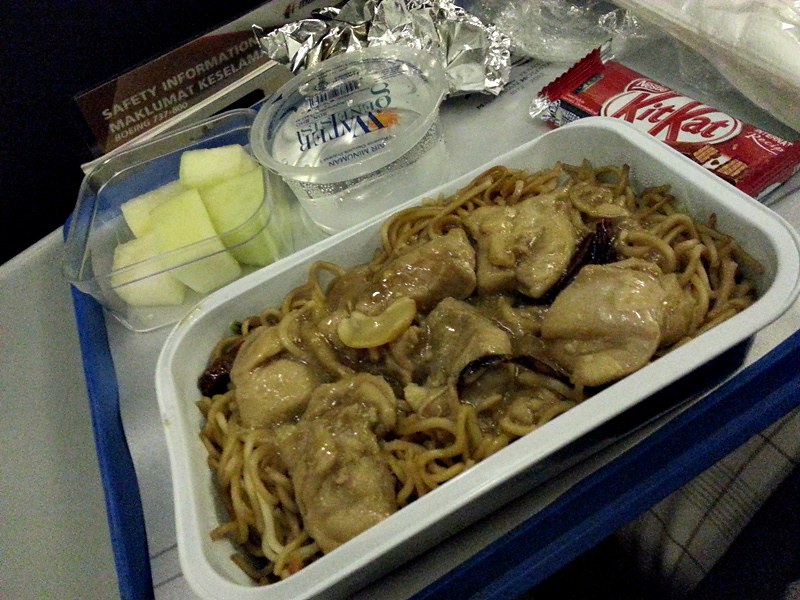 However, the fish option seemed to be the better choice. My colleague commented that it was not bad. 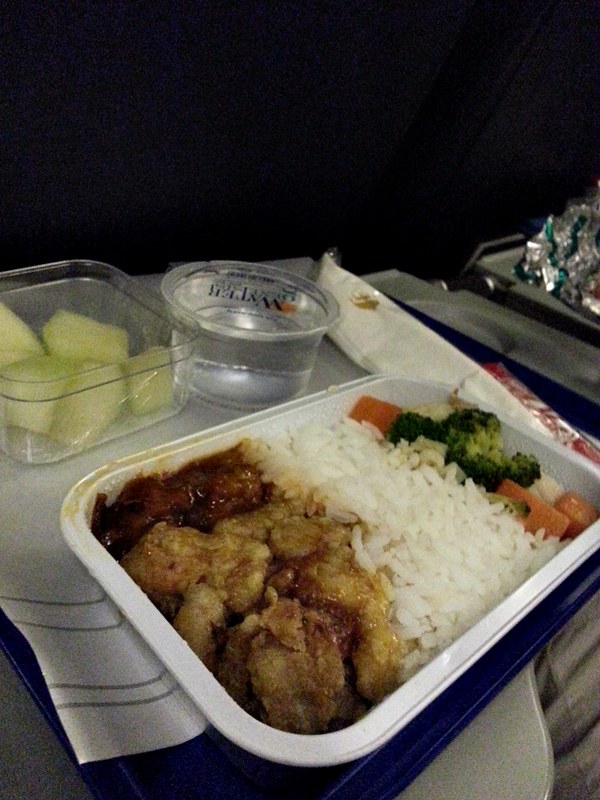 After rushing through the meal, trays were collected. No time to offer a second round of drinks. Cabin was then secured and we approached into Changi, with surprisingly no hold at this time of the night. Approach was from the south and the city could be seen. 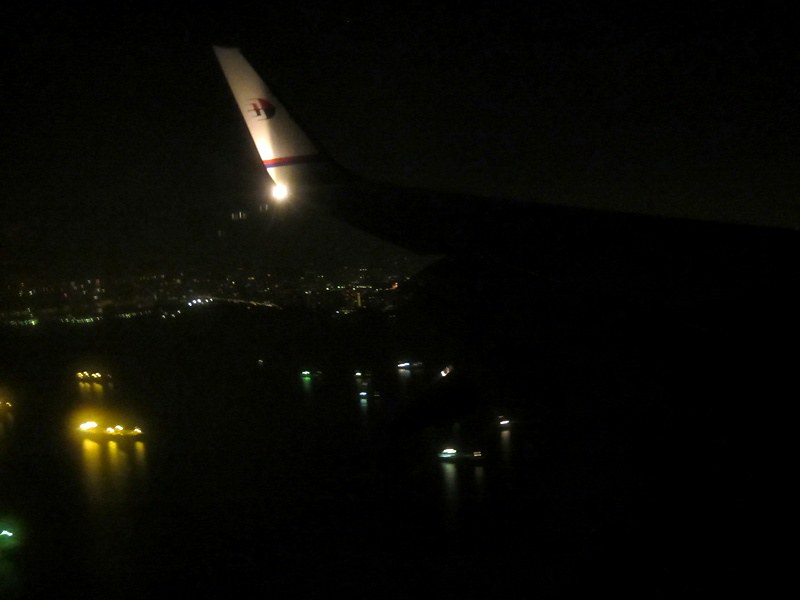 Landing on Changi Rwy02L, almost 15min ahead of schedule.


Had a long taxi to Terminal 2, passing the SQ whales at T3. 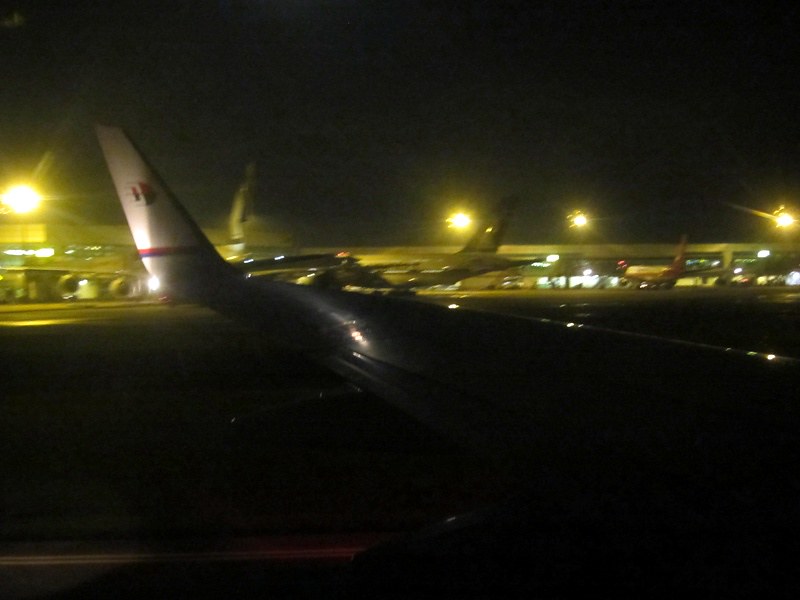 About to cross the bridge. Spot Changi's iconic tower in the background. 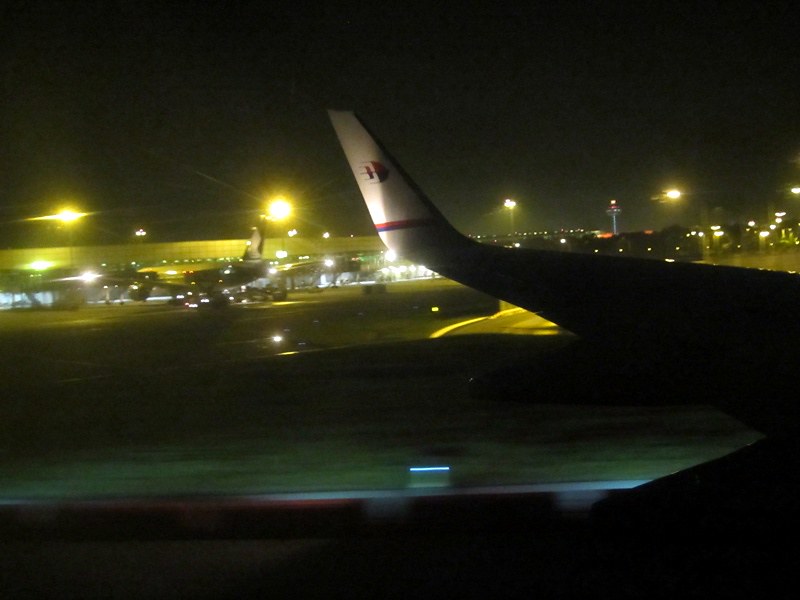 Parked at gate F59! A very long trek to immigration! 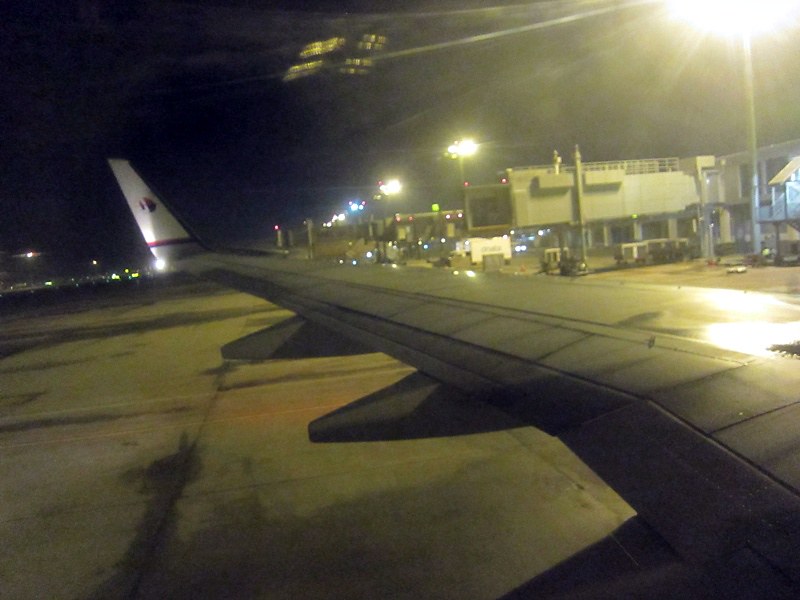 Economy seats during disembarkation. Business Class seats did not seemed too fanciful as well, just a basic recliner seat. 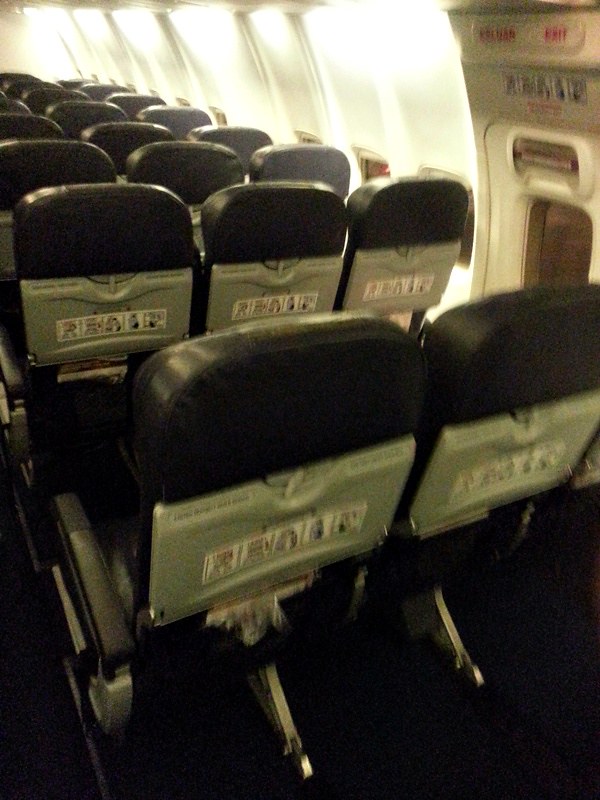 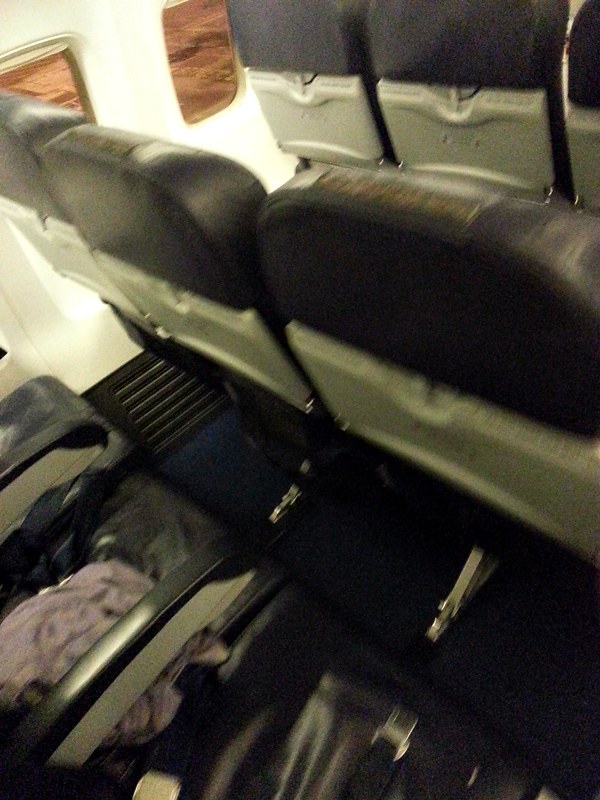 MH has performed rather well on this short hop and I would have no qualms recommending MH if the price is right.