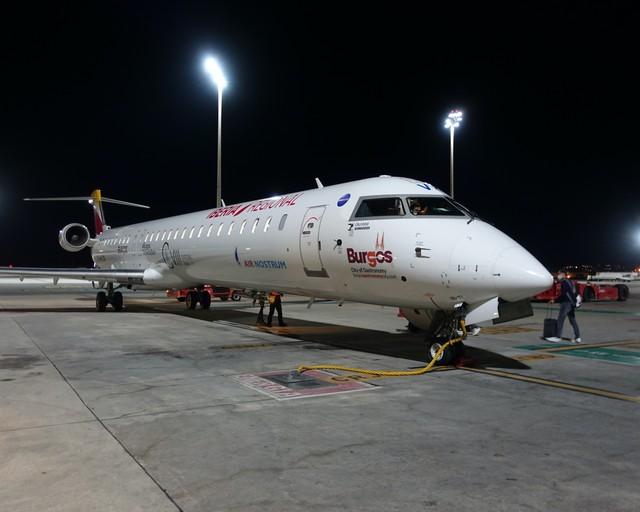 #54 out of 72 Airlines A minimum of 10 flight-reports within the past two years is required to appear in the rankings. 69 reviews

Hello everyone, welcome to the second part of the trip to Madrid. This report will cover the return flight from Madrid to Munich. The flight would be operated by Air Nostrum which is a franchisee of Iberia. We had already performed the online check-in, together with the first leg, this is somehow strange to me because normally it needs to be done separately and usually 24 hours before the flight. On the day of flight, we arrived at the airport by taxi at 17:40pm. Our flight would be departing at 20:10pm at terminal 4. By the time we arrived, the gate was still not assigned yet, and expected to be announced at 18:55pm. 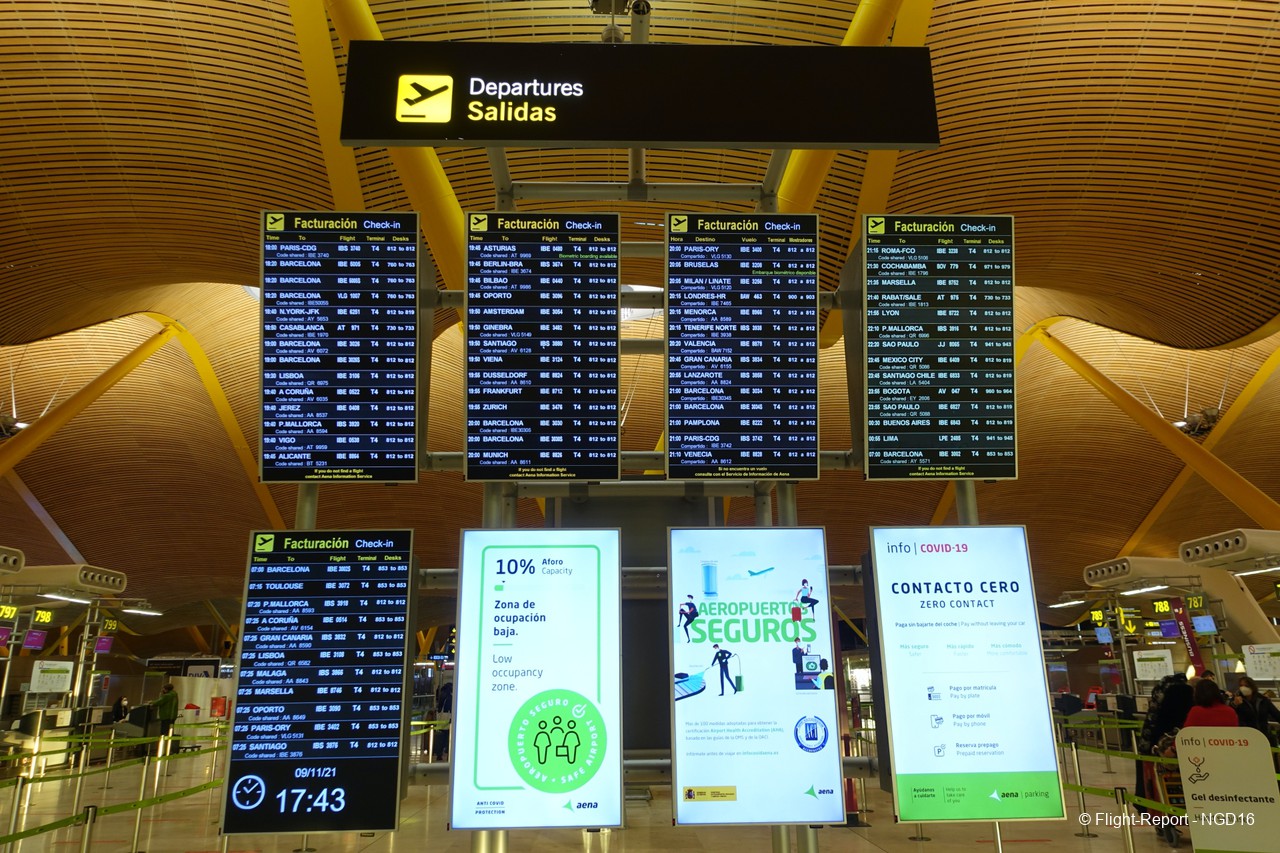 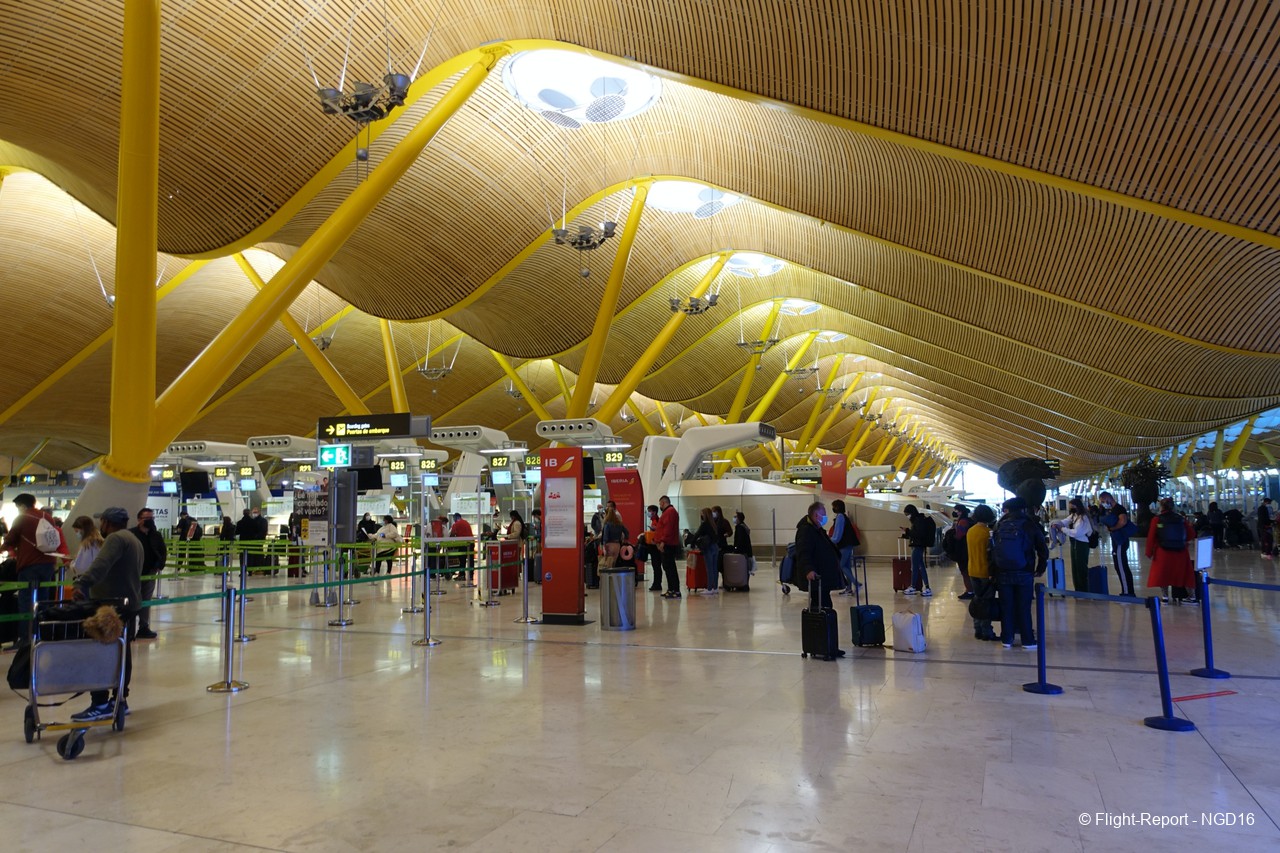 There are some restaurants and shops. 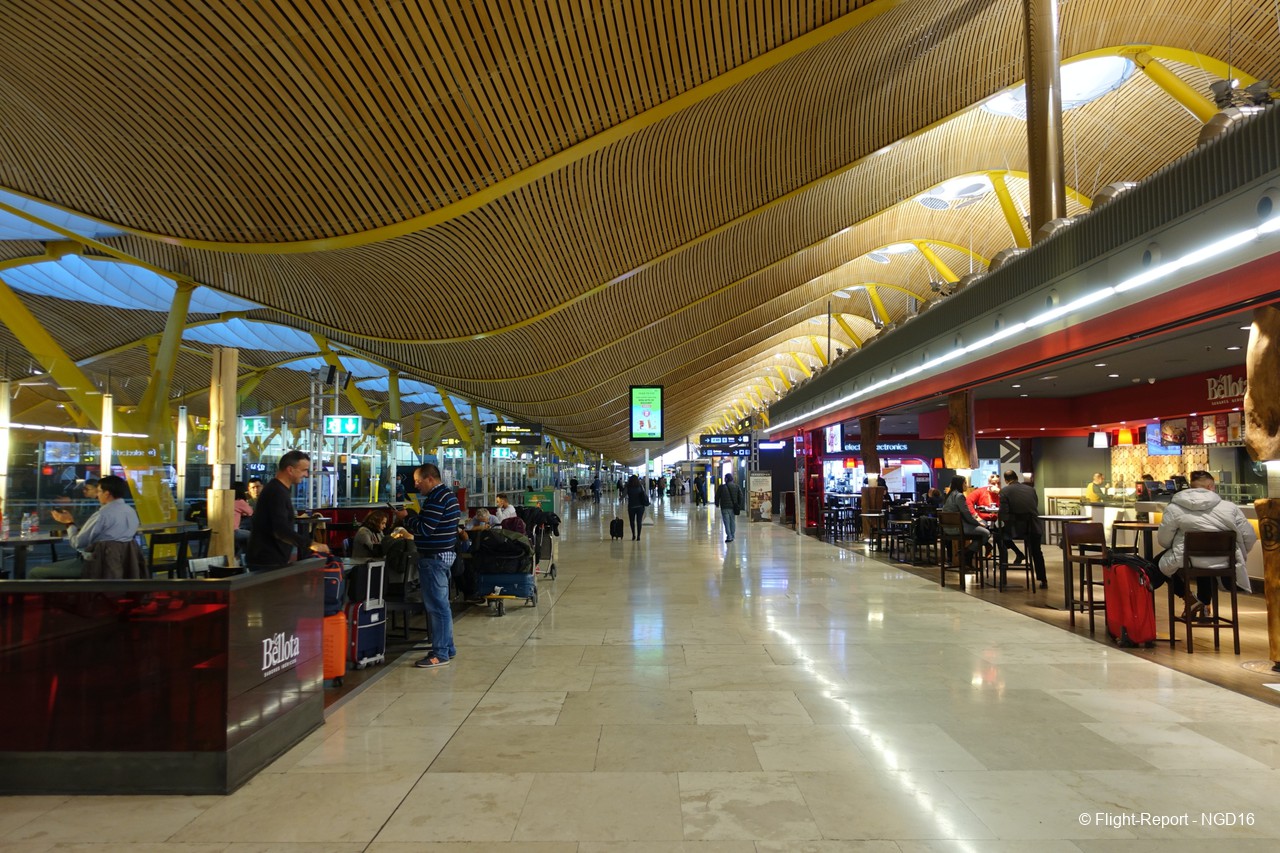 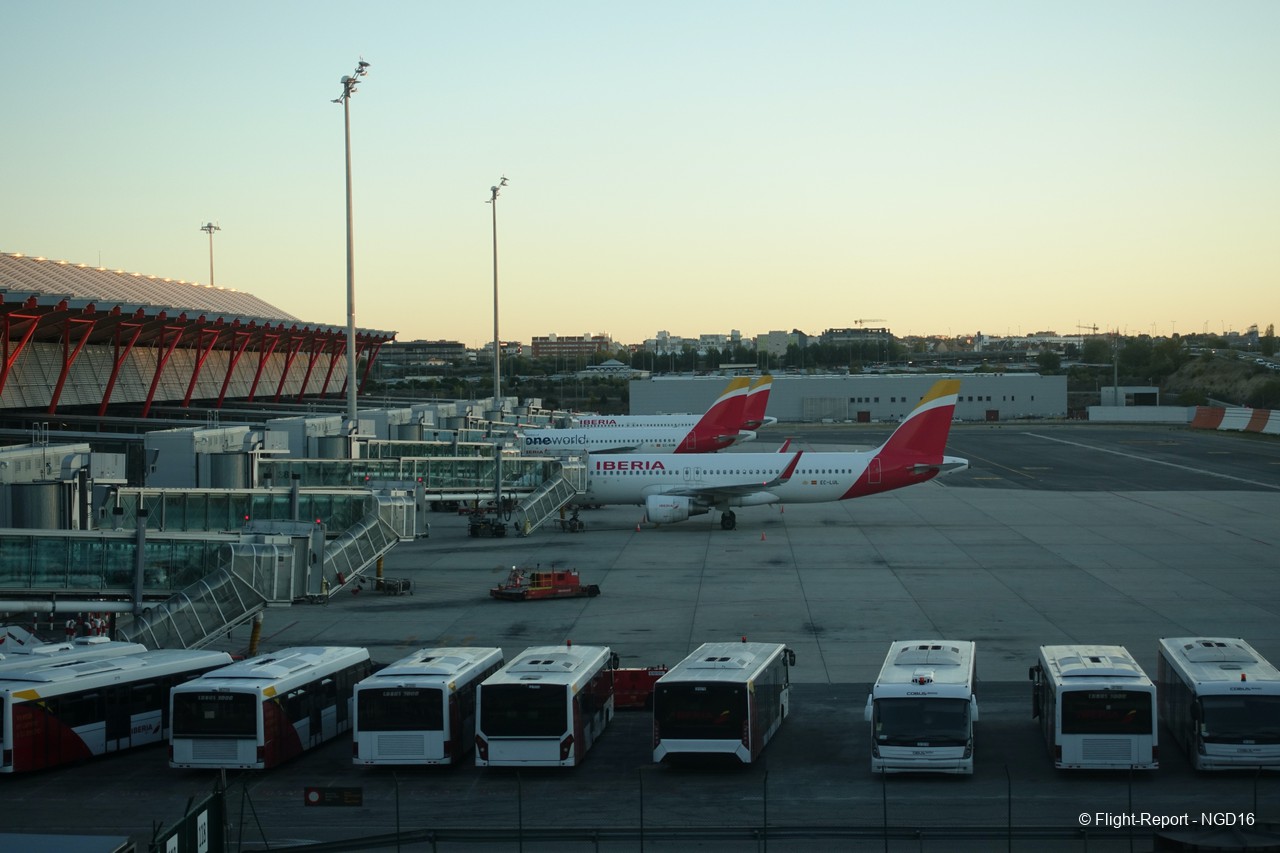 Then we went straight through the security check. 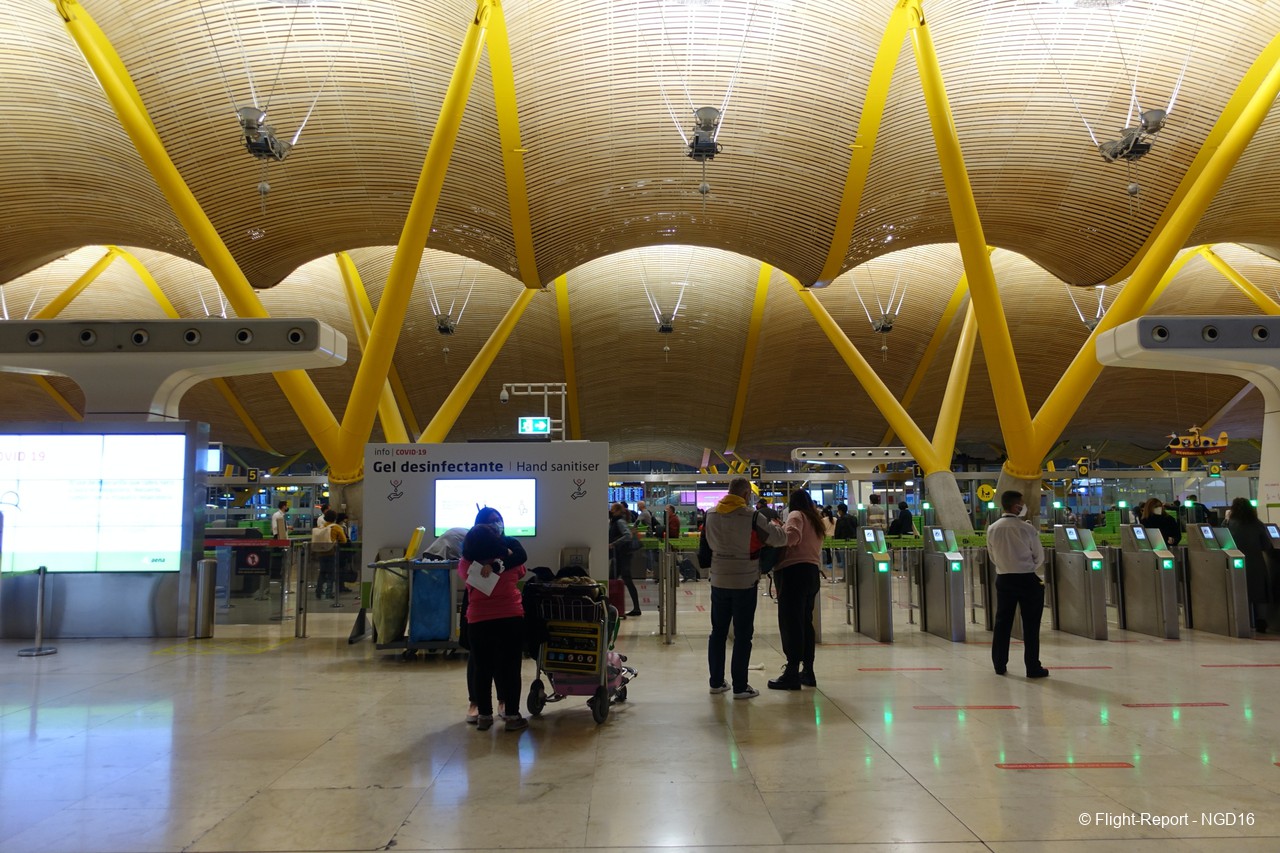 Once we passed through security check, we were searching some places where we can buy some food for the flight. 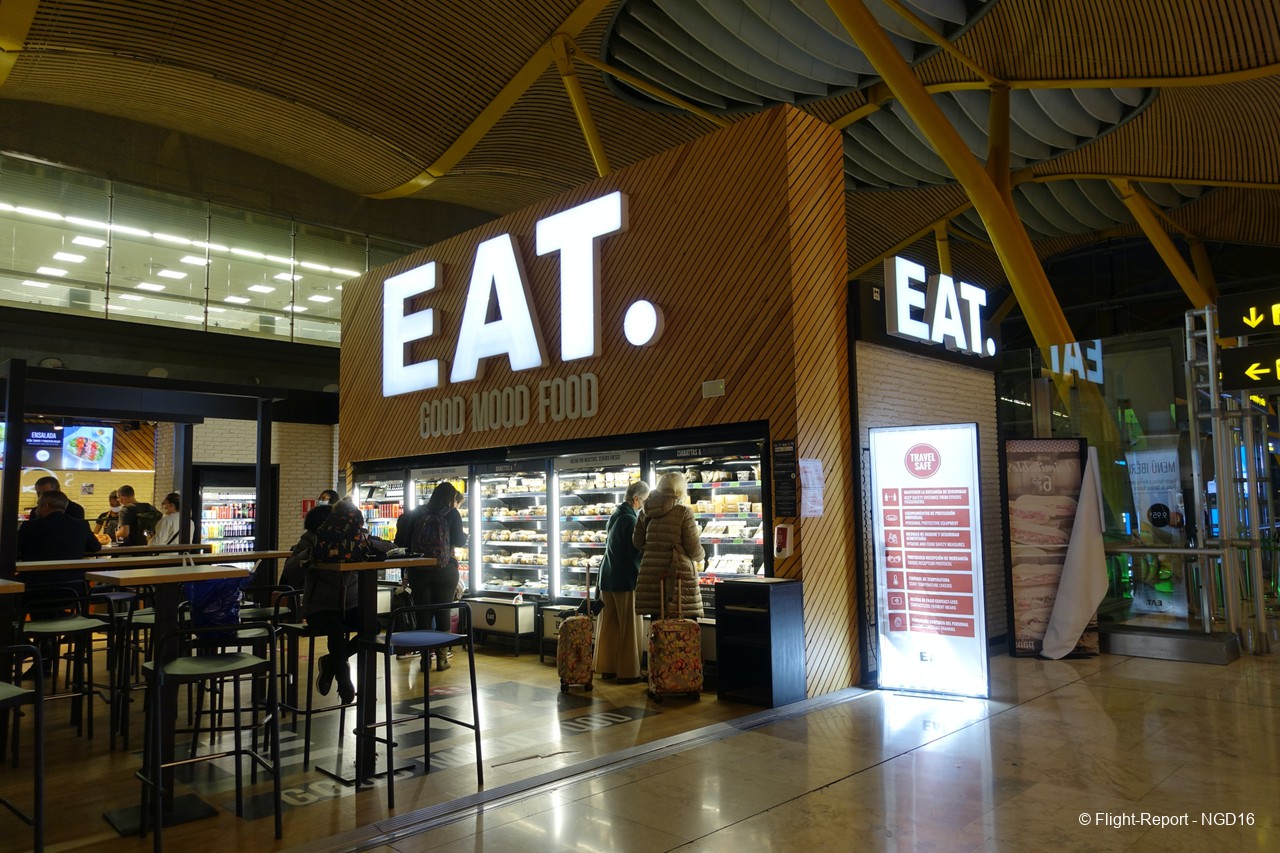 The gate for our flight was then announced, it was K95. 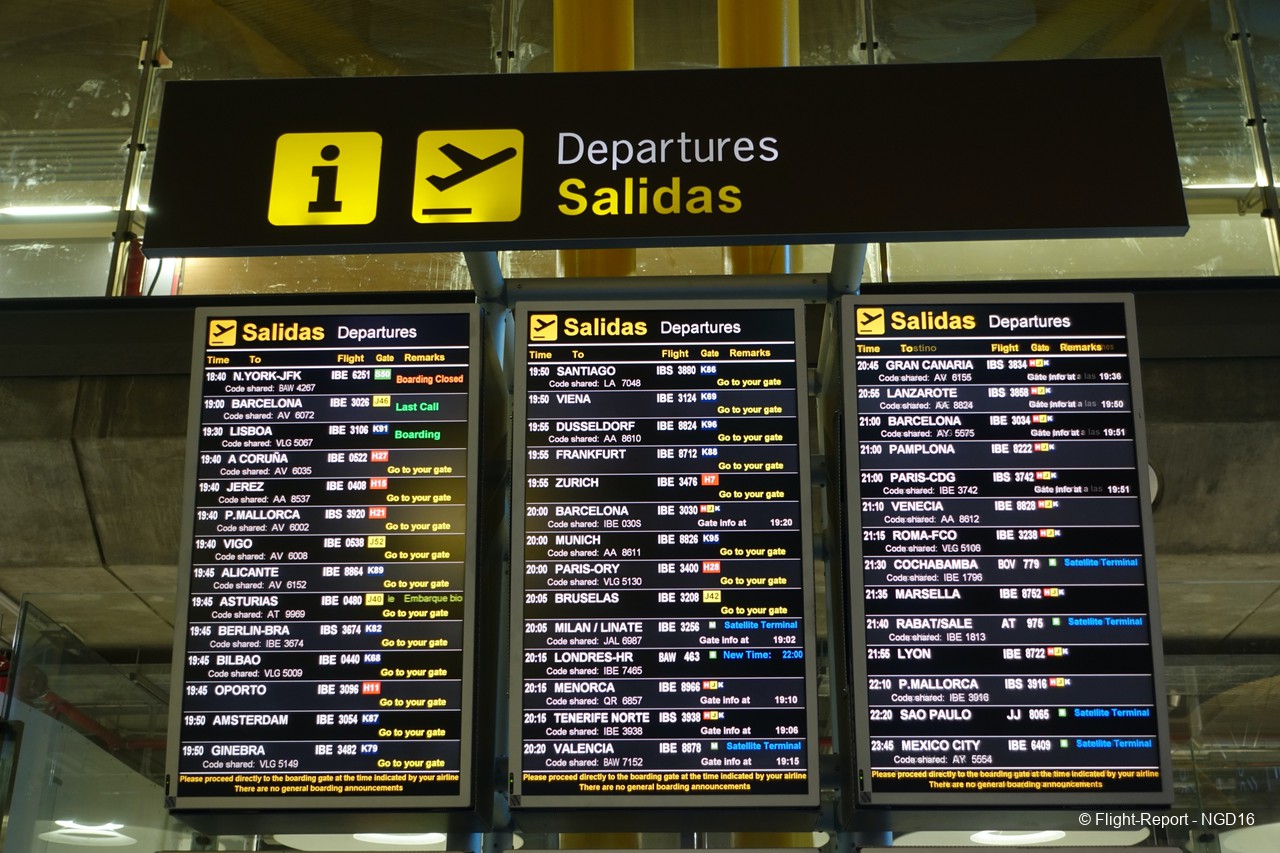 It took sometimes for us to reach the gate, which is located at the north end of the terminal. 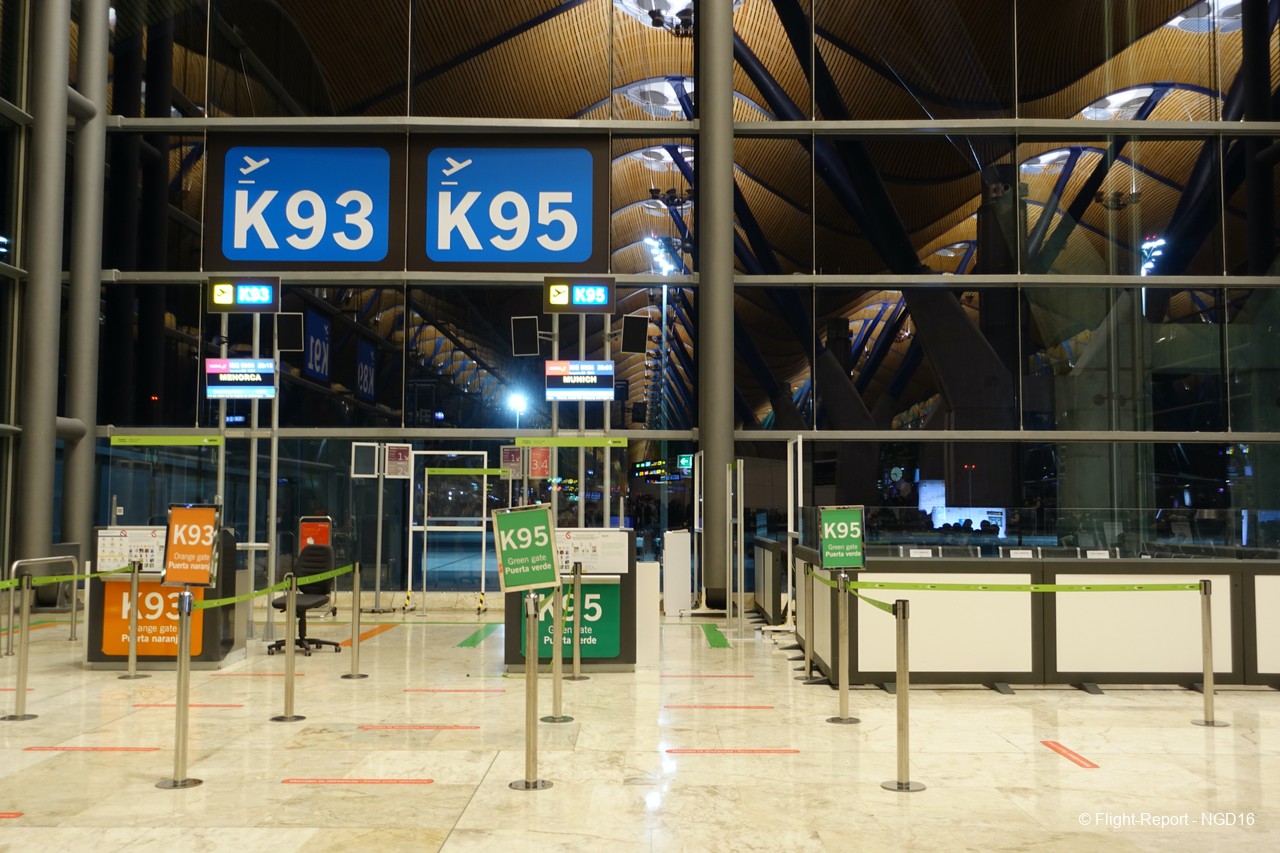 Another crj-1000 of Air Nostrum. I could not identify it but it was not our flight. 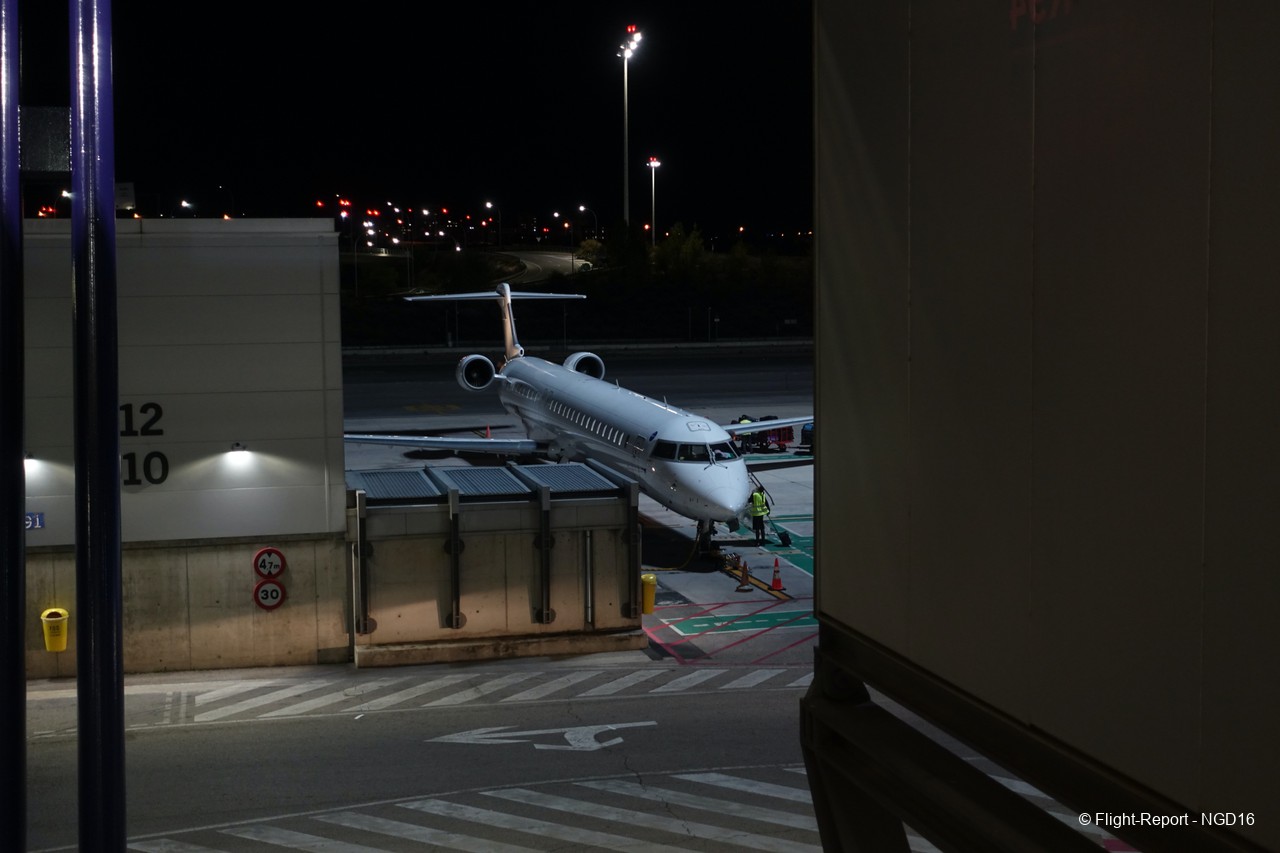 At 19:37pm, boarding was called. We took the escalator downstairs and walked to the apron. 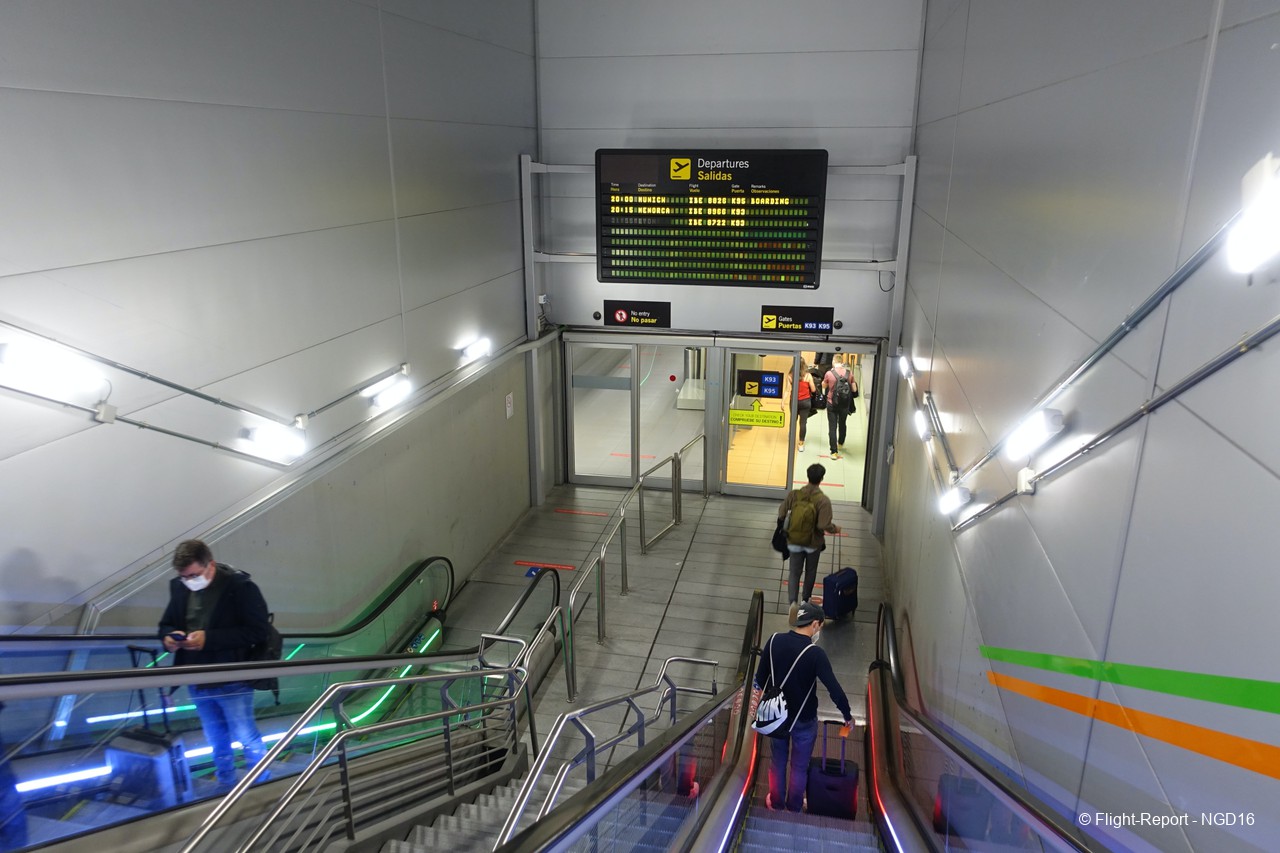 Finally I could see my plane, EC-MVZ, delivered to Air Nostrum in May 2018. It carried the "Burgos City of Gastronomy" sticker. 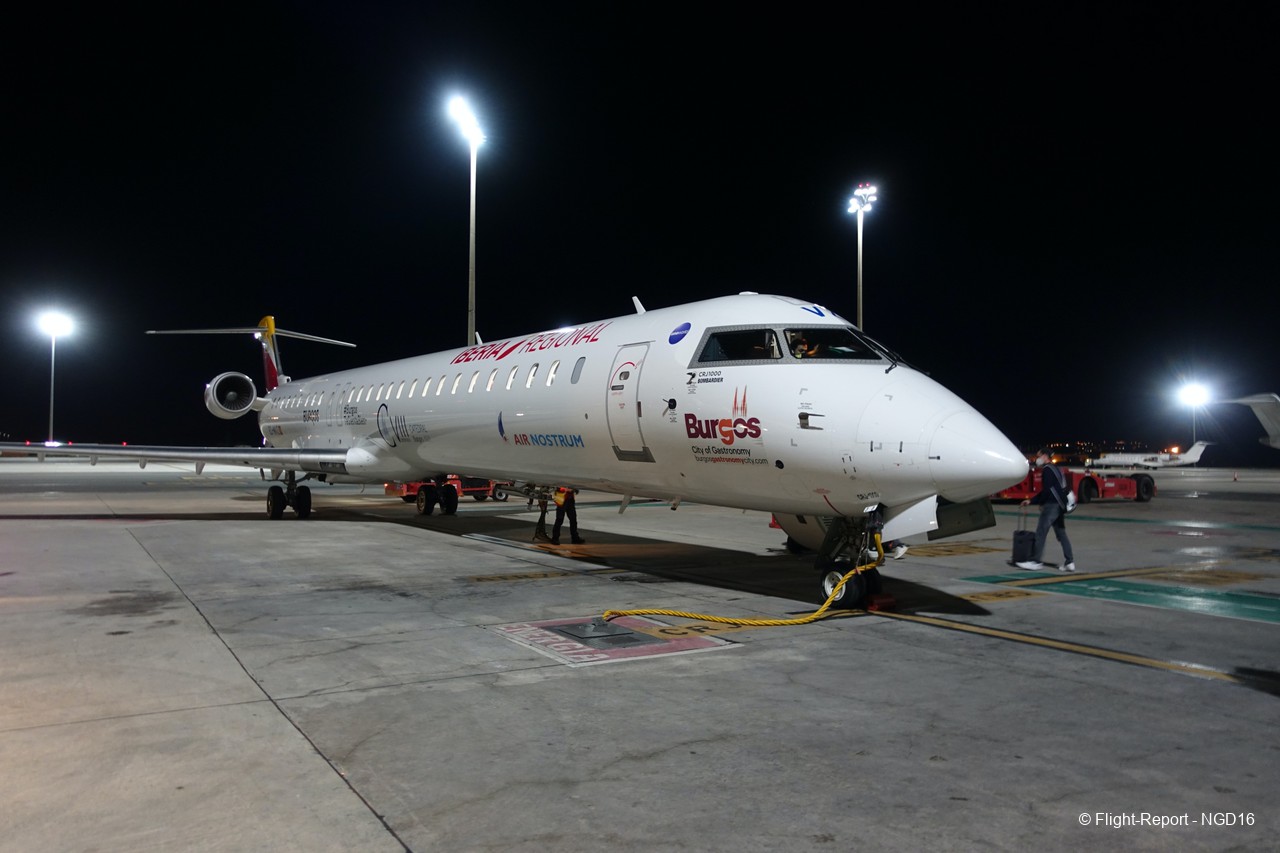 Before we embarked the plane, we put our luggage on a cart, which would then be loaded into the belly of the plane. 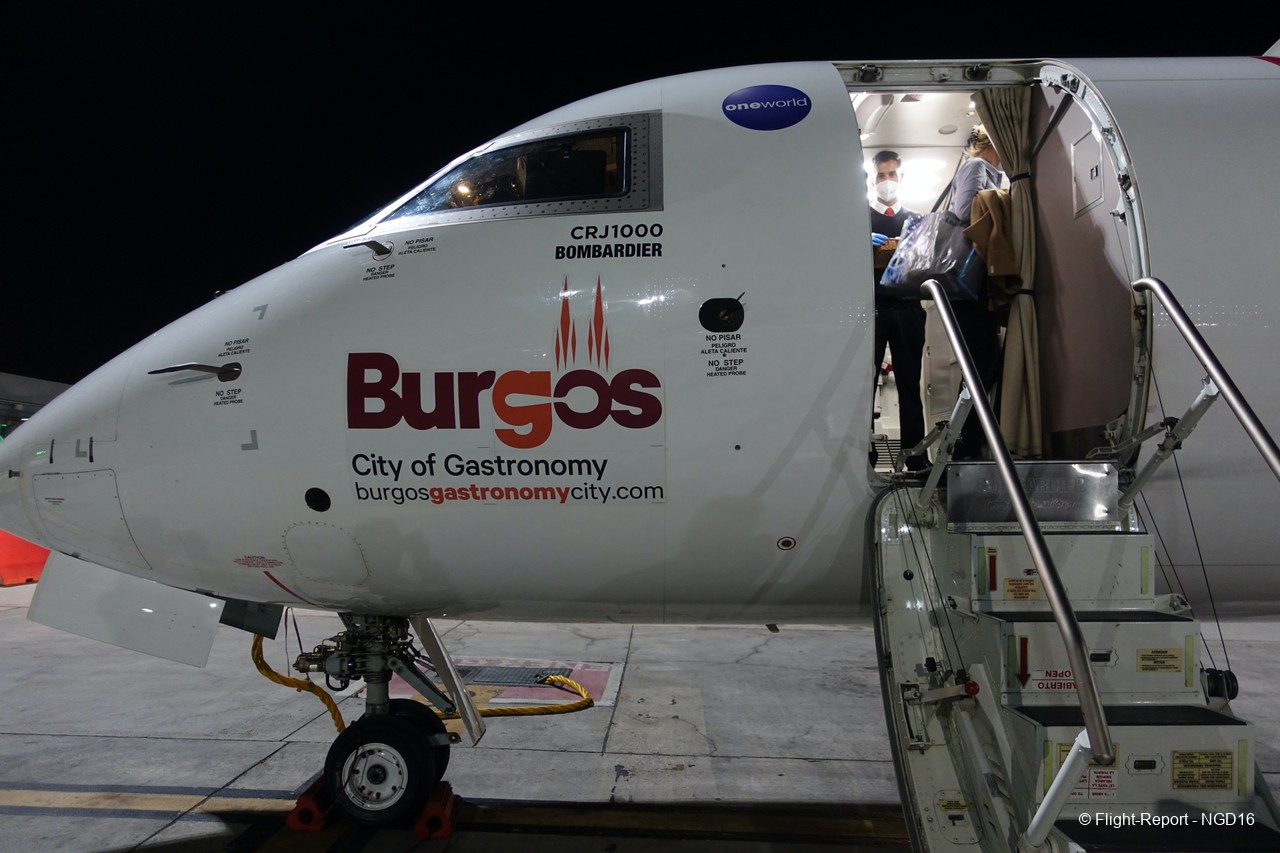 Disinfecting wipe was provided at the entrance. There was a QR code printed on the packaging where passengers can access the menu. 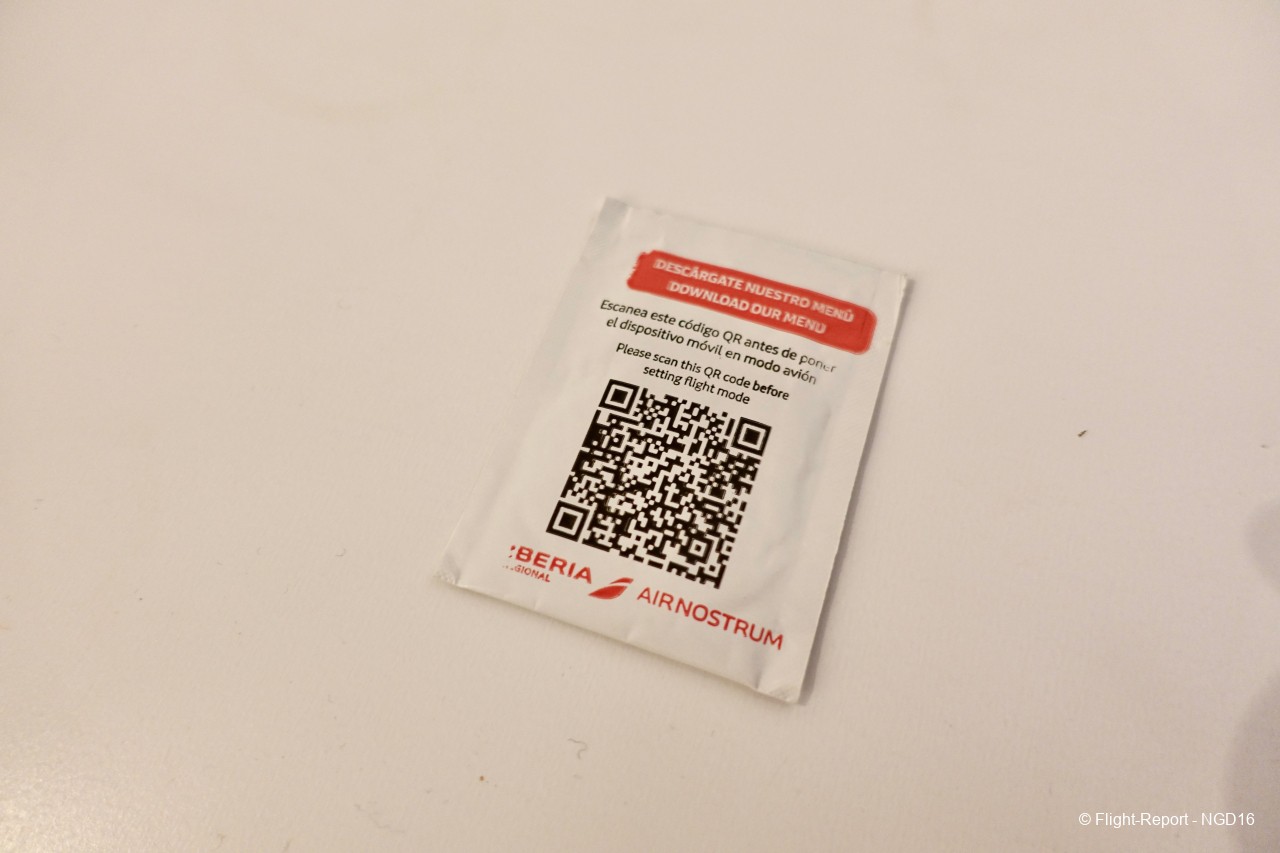 My seat, 24A. Bombardier CRJ series has a 2-2 seat configuration with a total of 100 seats. Unfortunately, my seat has a misaligned window. Although the plane is just 3 years old, the leather seat somehow gave me the feeling like we went us back to 10, 20 years ago. 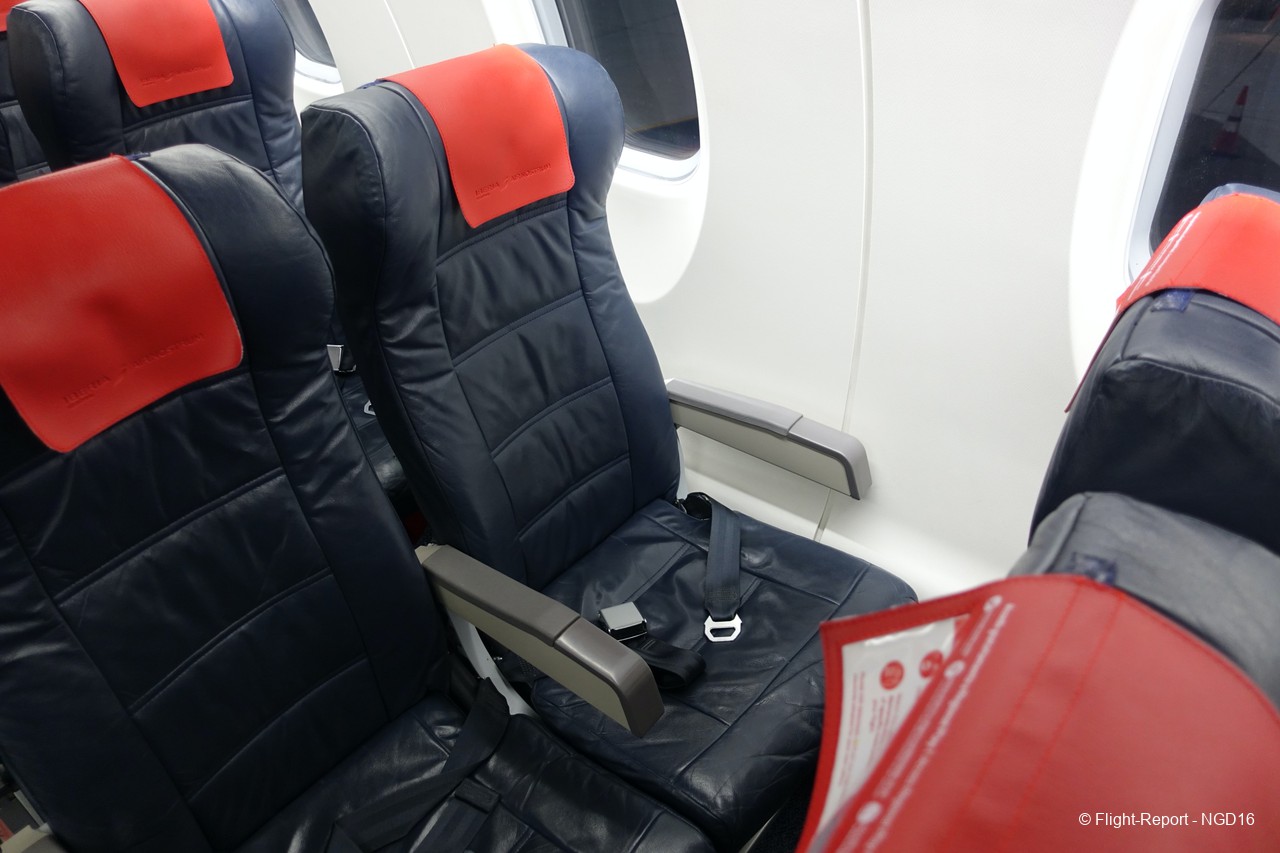 There were no PTV, but the seat pitch was much better. 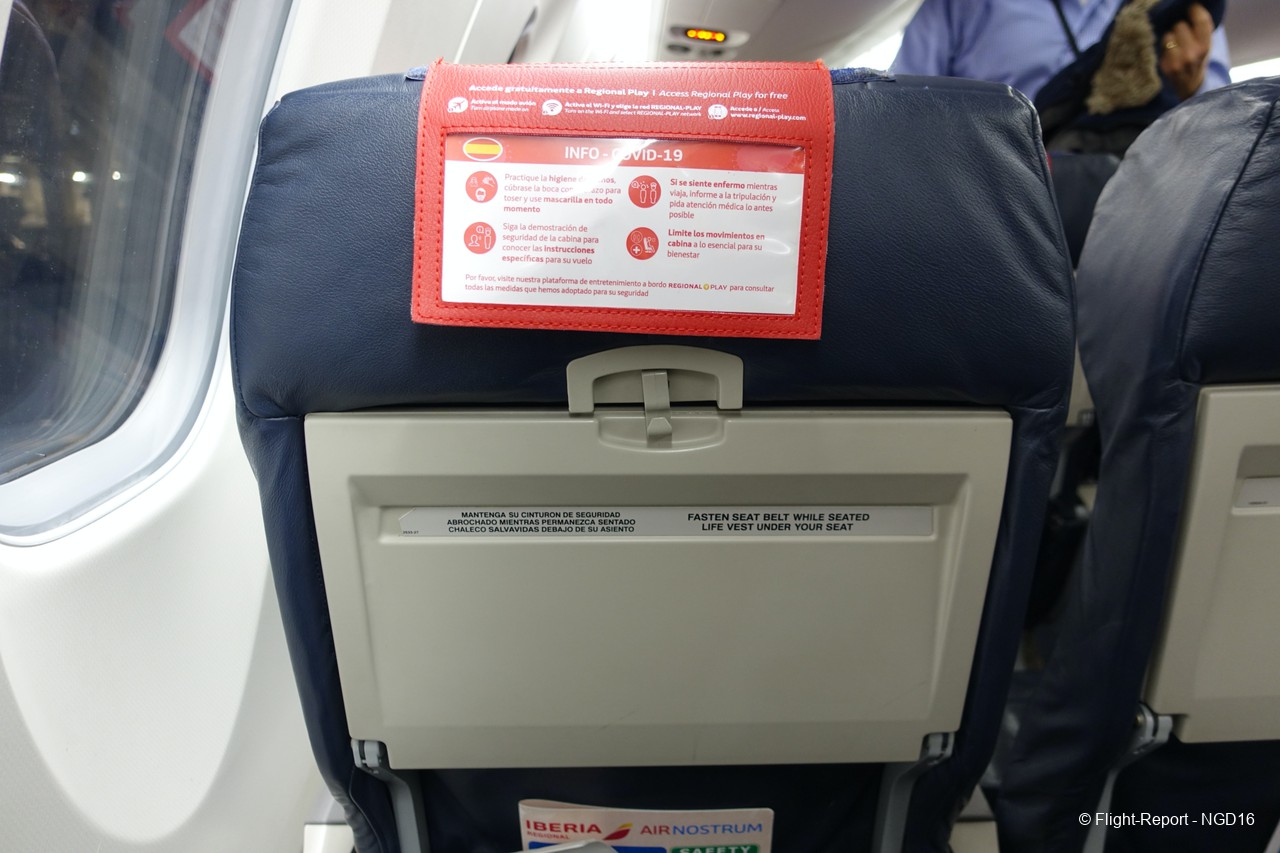 View of the rear cabin. 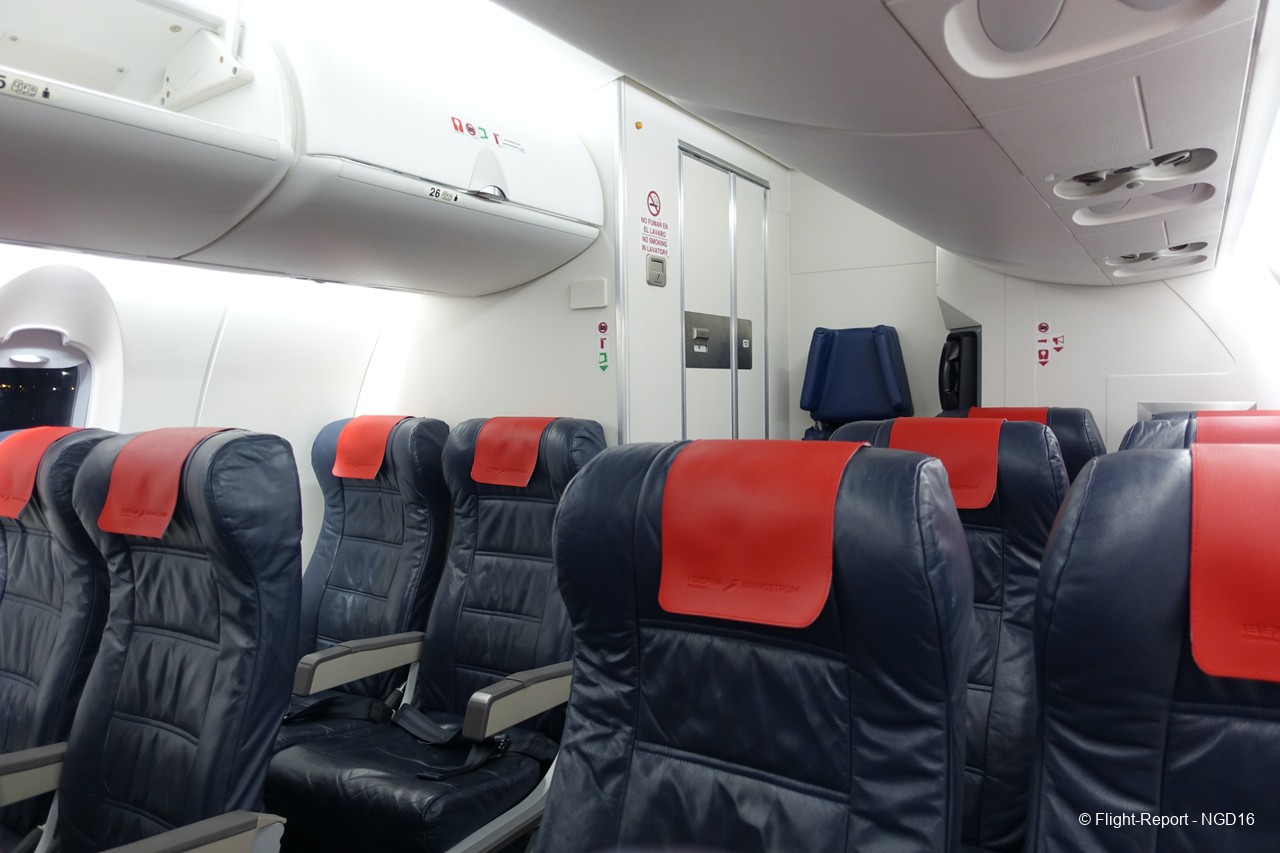 At 20:01pm, pushback was commenced, that was slightly earlier than expected. It took us 15 minutes to taxi to the runway for takeoff. 5 minutes after takeoff, seatbelt sign was turned off and I took the chance to visit the lavatory. The cabin was a bit noisy to me, probably because we were sitting at the back side of the aircraft. 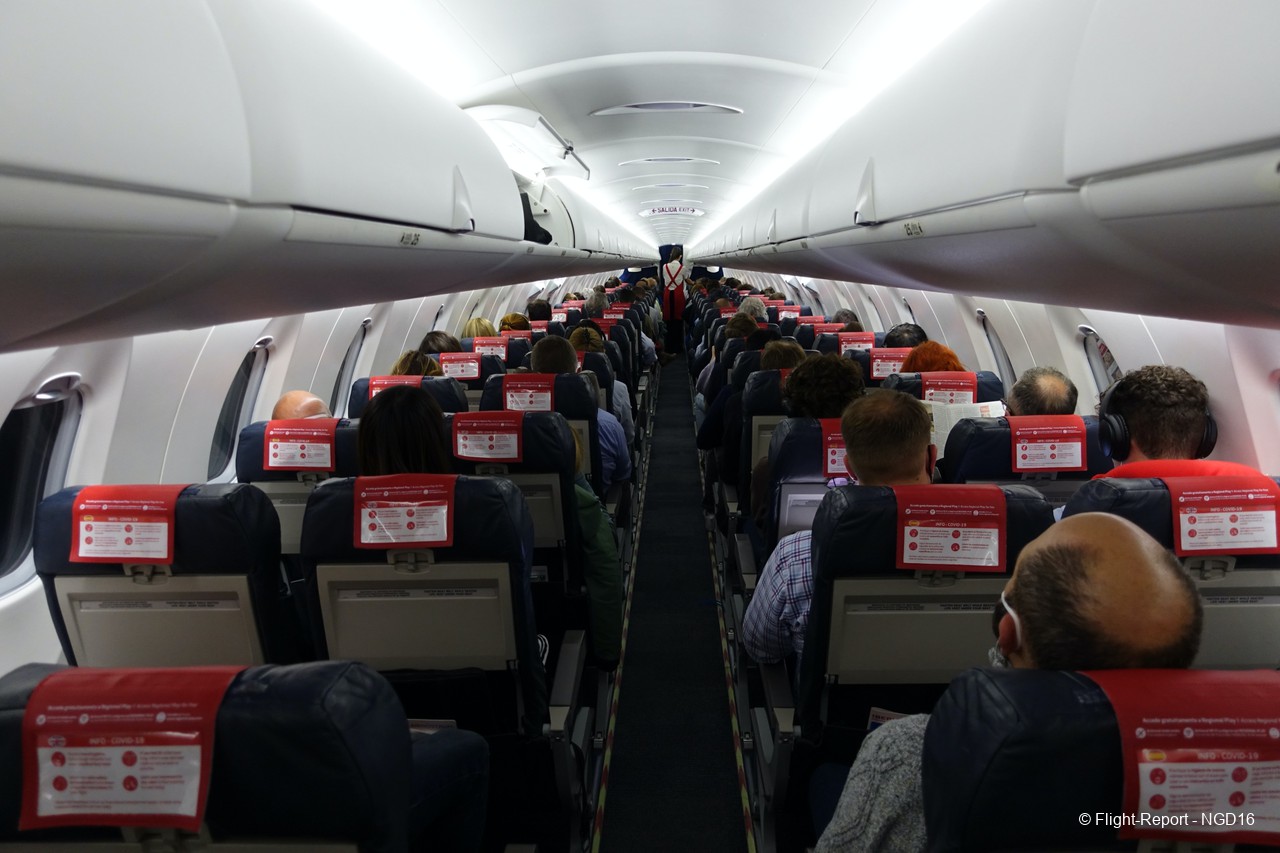 There was only one toilet at the back. 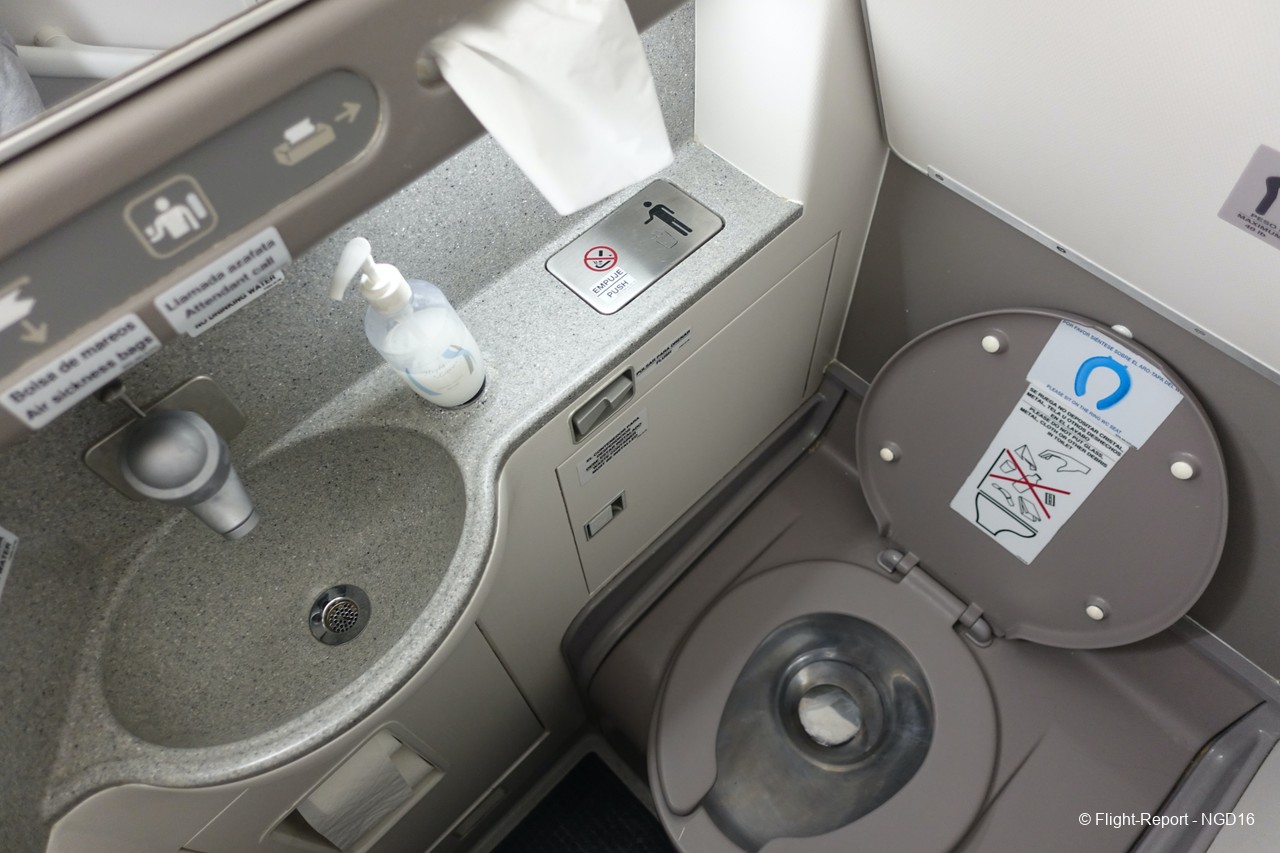 Very soon the crew started selling onboard service but seemed no many were interested. Here was the menu when the QR code was scanned. 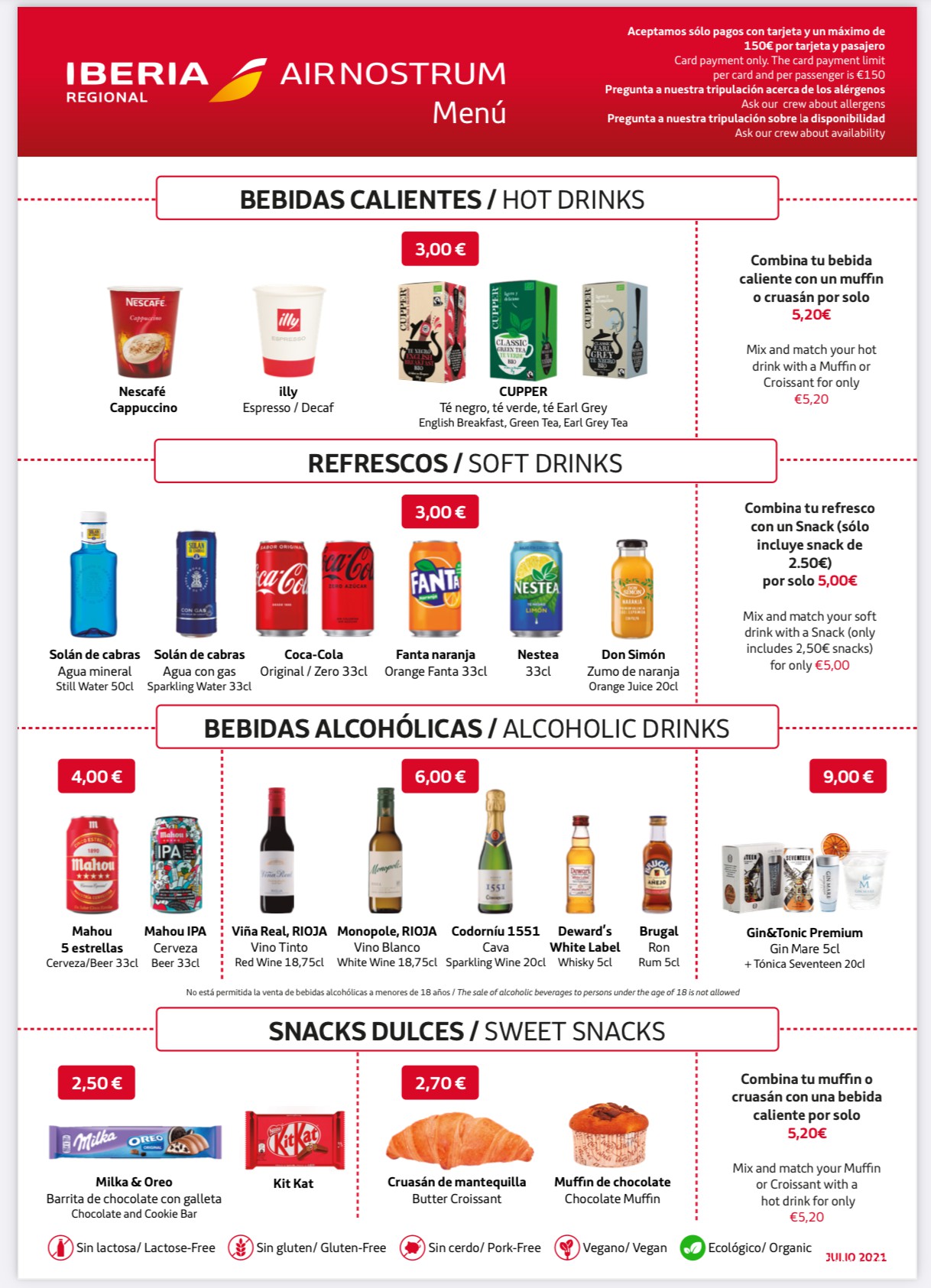 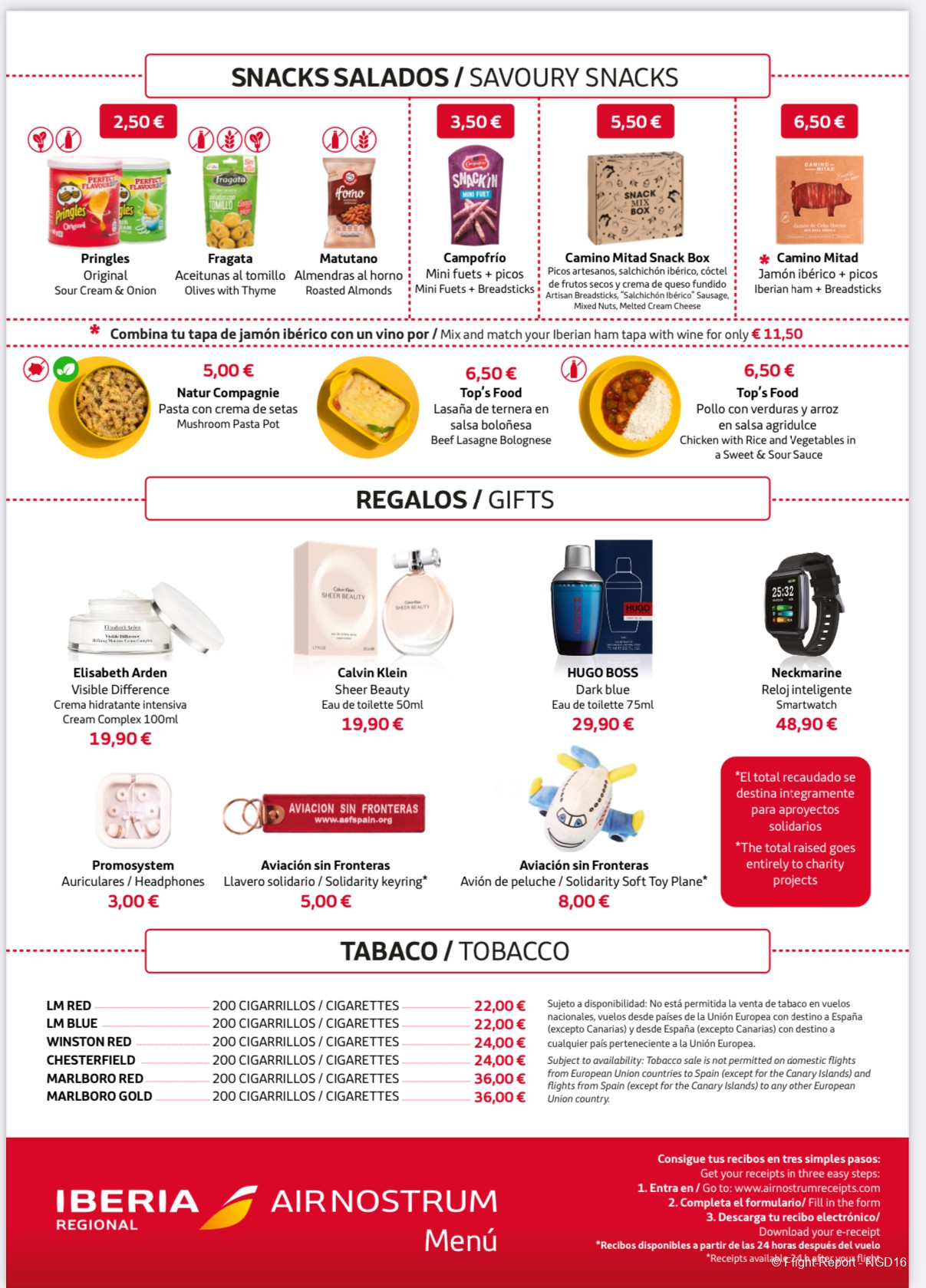 Back to my seat, I ate my food purchased in the airport. Prosciutto Cotto & Egg Bloomer. 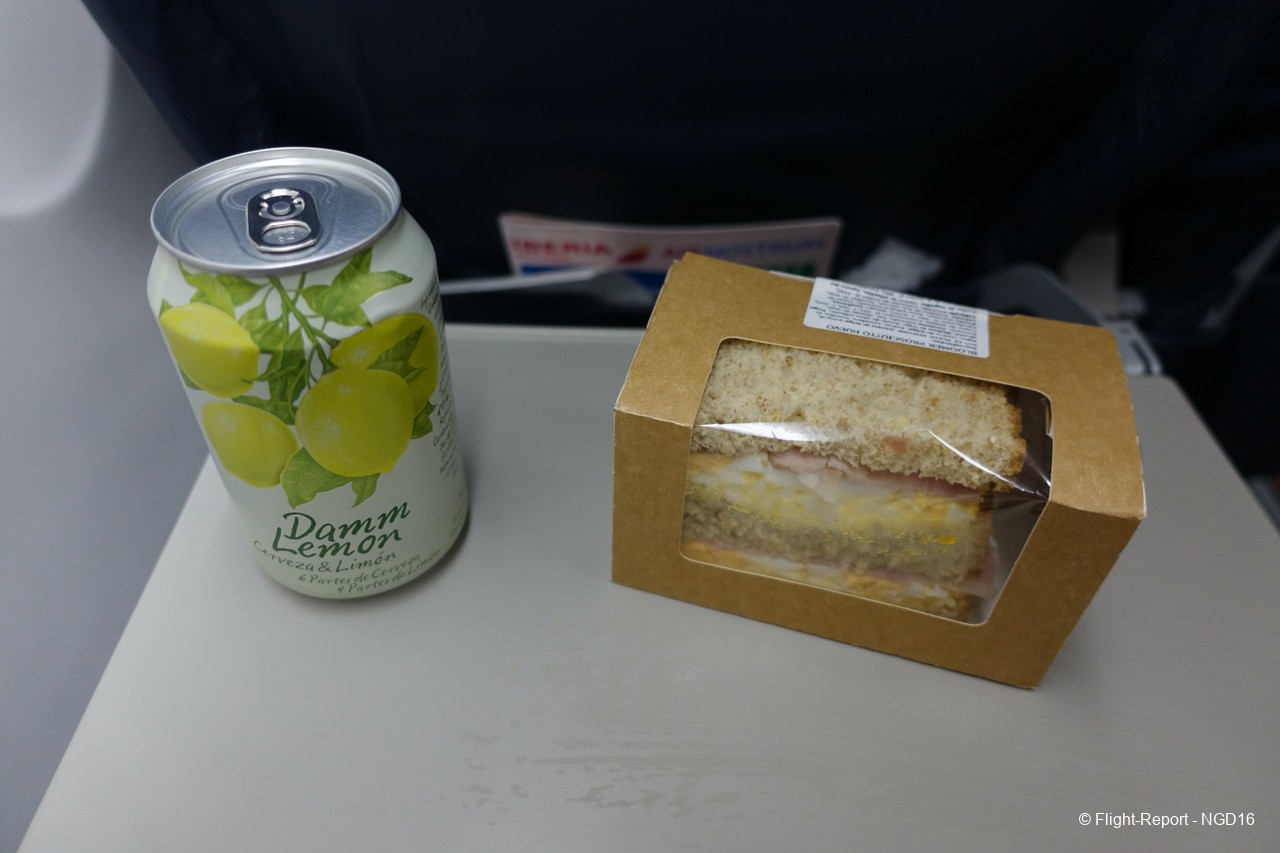 The rest of the flight was really uneventful, the crew also disappeared throughout the flight. The route for this flight was different from the previous one, as we took a southern path which passed through Balearic Sea. We encountered some turbulence when we were flying over Nice and seatbelt sign was turned on for a while. 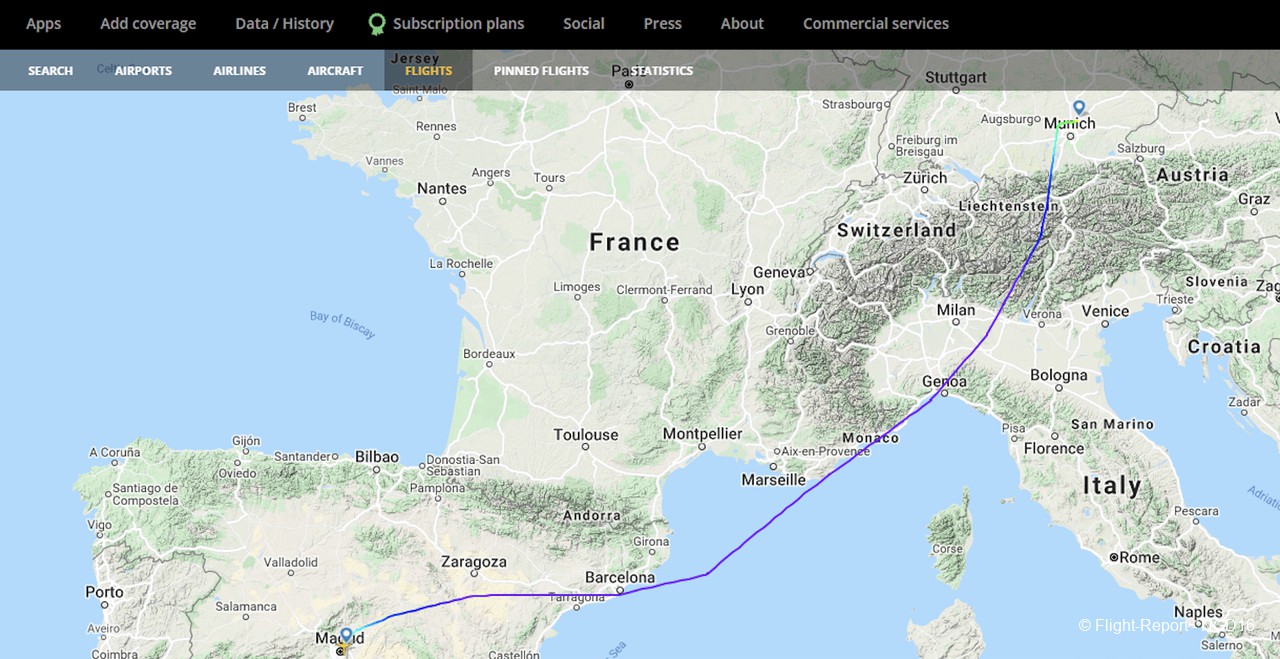 At 22:34pm, we landed on RWY08R and finally parked at a remote bay where we were taken to the terminal by bus. Total flight time was 2 hours and 18 minutes. 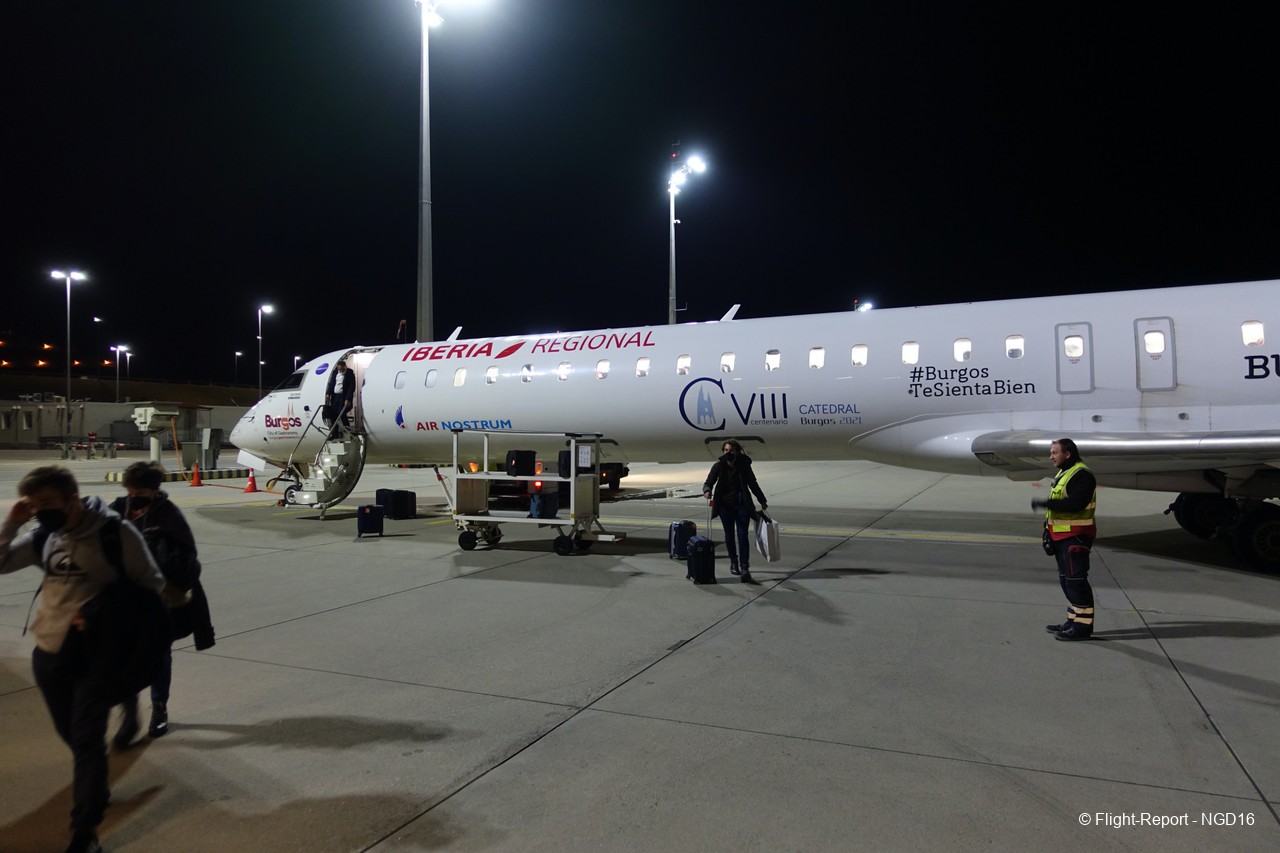 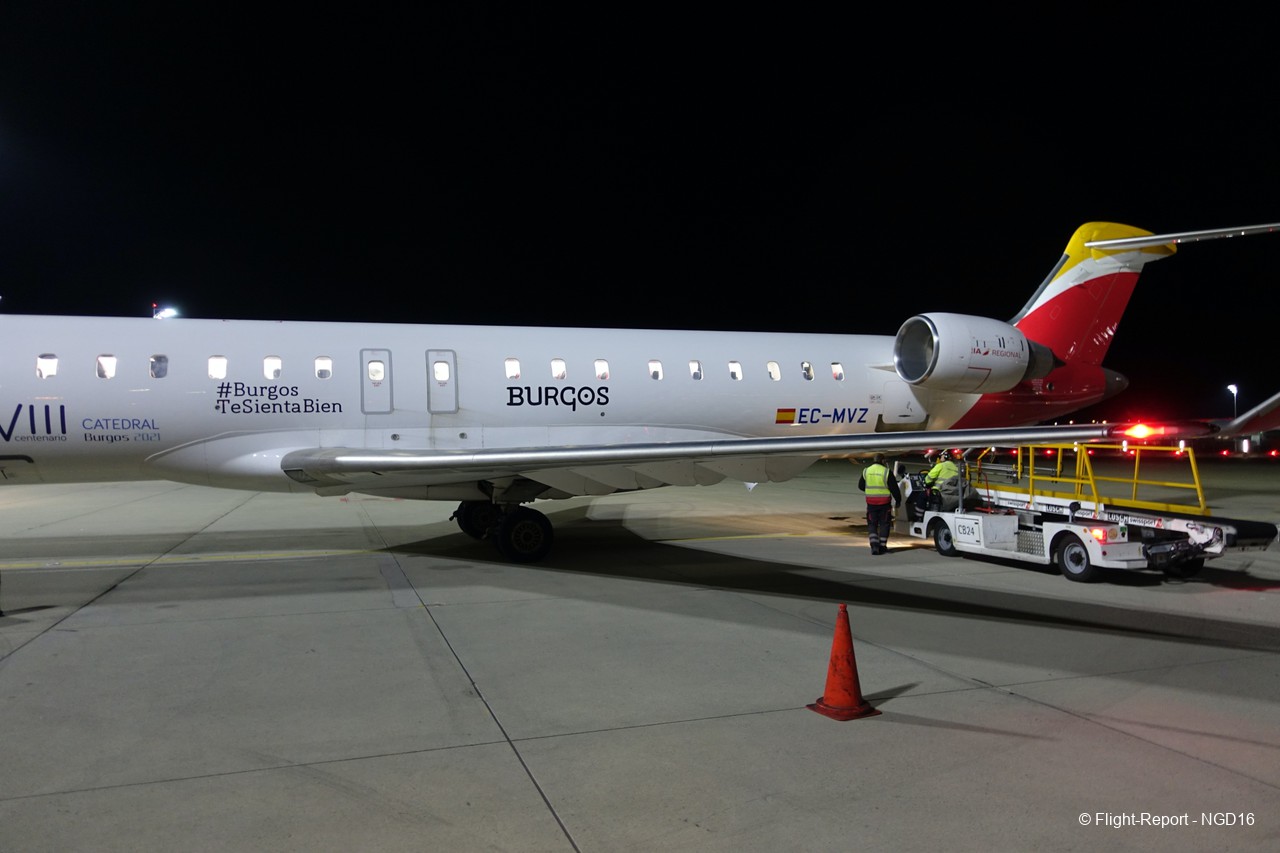 First time for me to experience CRJ-1000 which is very precious to me. The service was quite disappointed, not even a cup of water was served and this makes no different to LCC. I am wondering why the service between the mainline Iberia and its subsidiaries was so much different.

The contributors of Flight-Report published 5 reviews of 3 airlines on the route Madrid (MAD) → Munich (MUC).

The average flight time is 2 hours and 34 minutes.