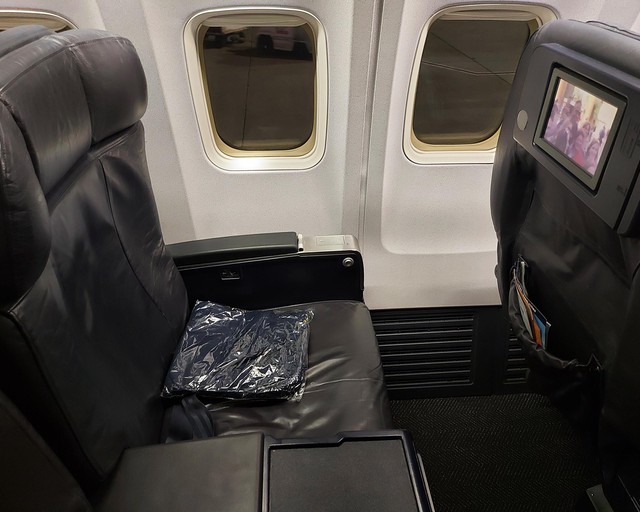 #54 out of 75 Airlines A minimum of 10 flight-reports within the past two years is required to appear in the rankings. 339 reviews

We decided to go on holiday to California. There are no direct flights between Iceland and California since the end of Wow Air so we decided to fly to Vancouver, one of the furthest direct destinations from Keflavík, and connect from there.

I have very low expectations of US Domestic First Class. Why did I book it? The price was very low ($139 - the average price for a San Francisco to San Diego flight in first class is exactly $200) and the difference compared to economy class covered the value of the checked-in luggage, the priority check-in, security and boarding and the more comfortable seat. 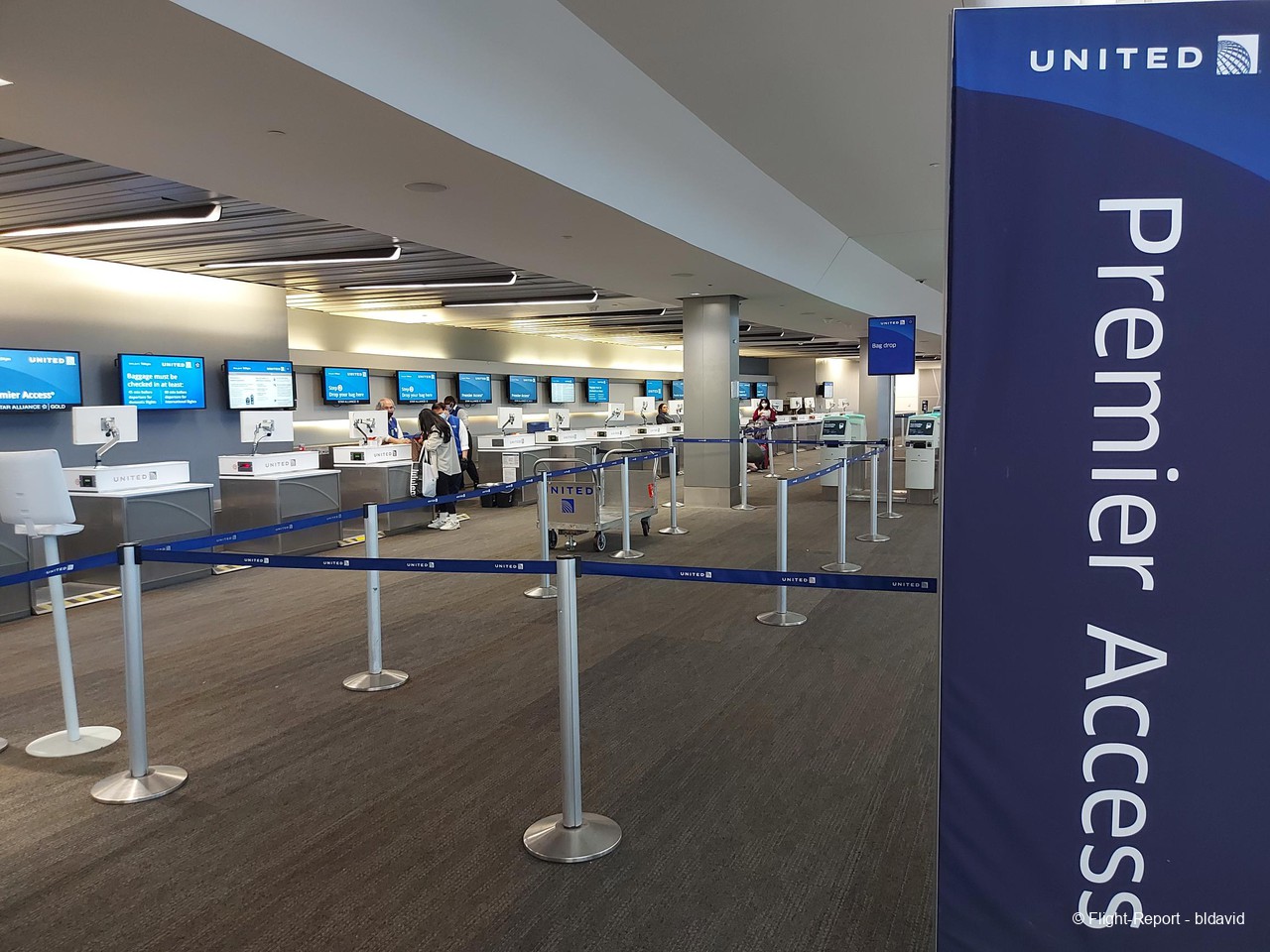 We could have checked in at the self-check-in kiosks. 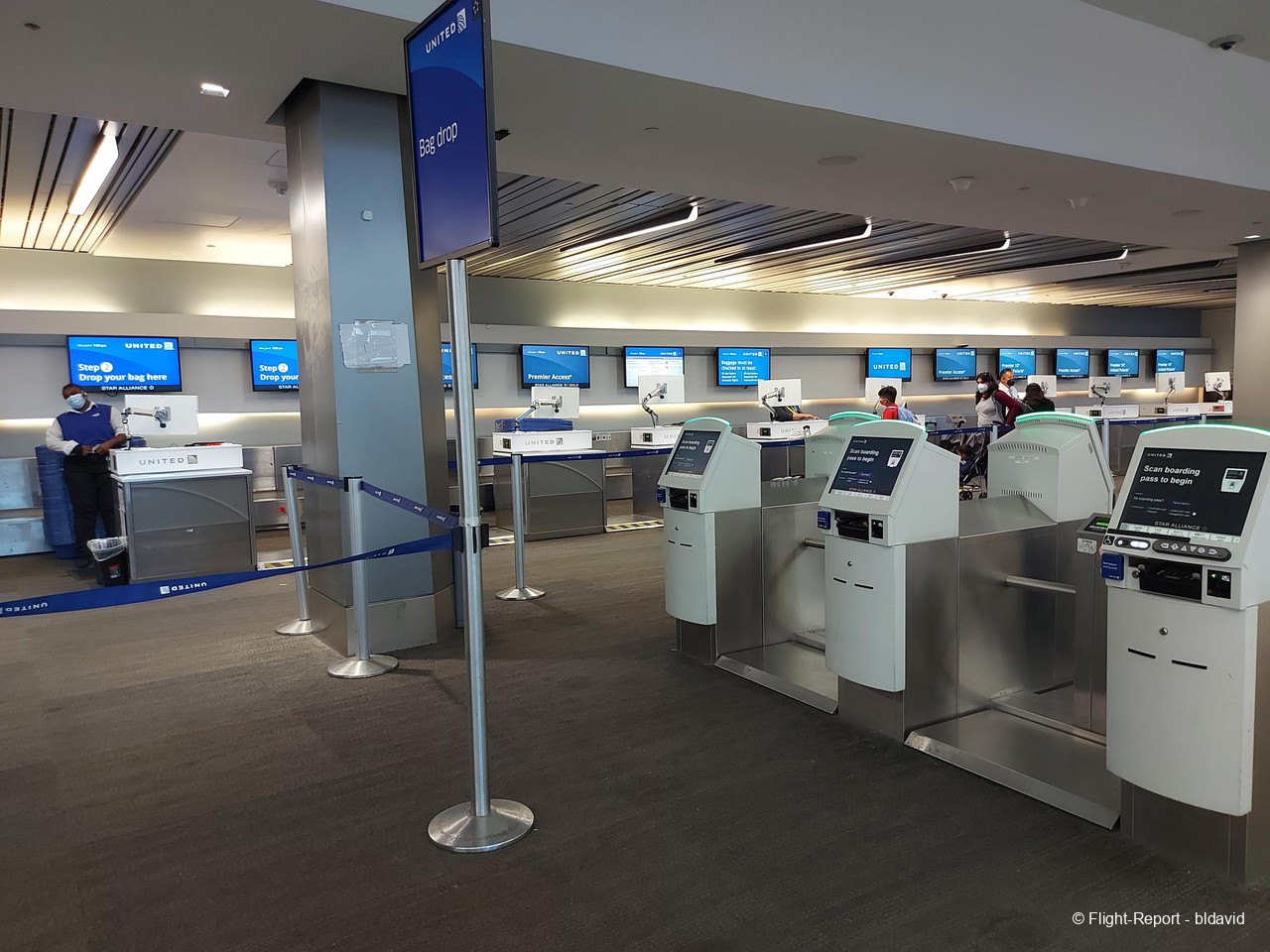 The map of the terminal. 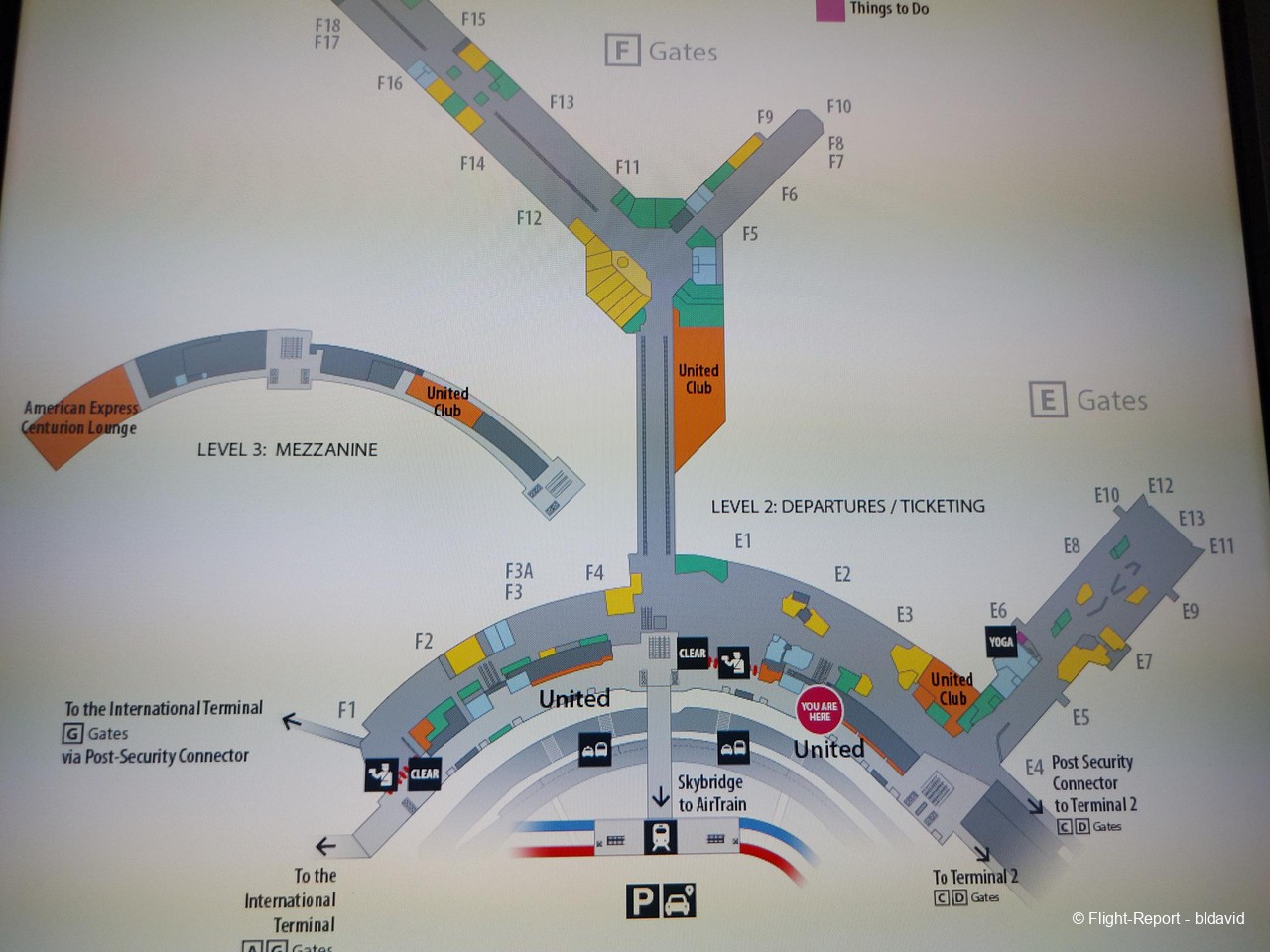 Our flight was the last flight of the day to San Diego. 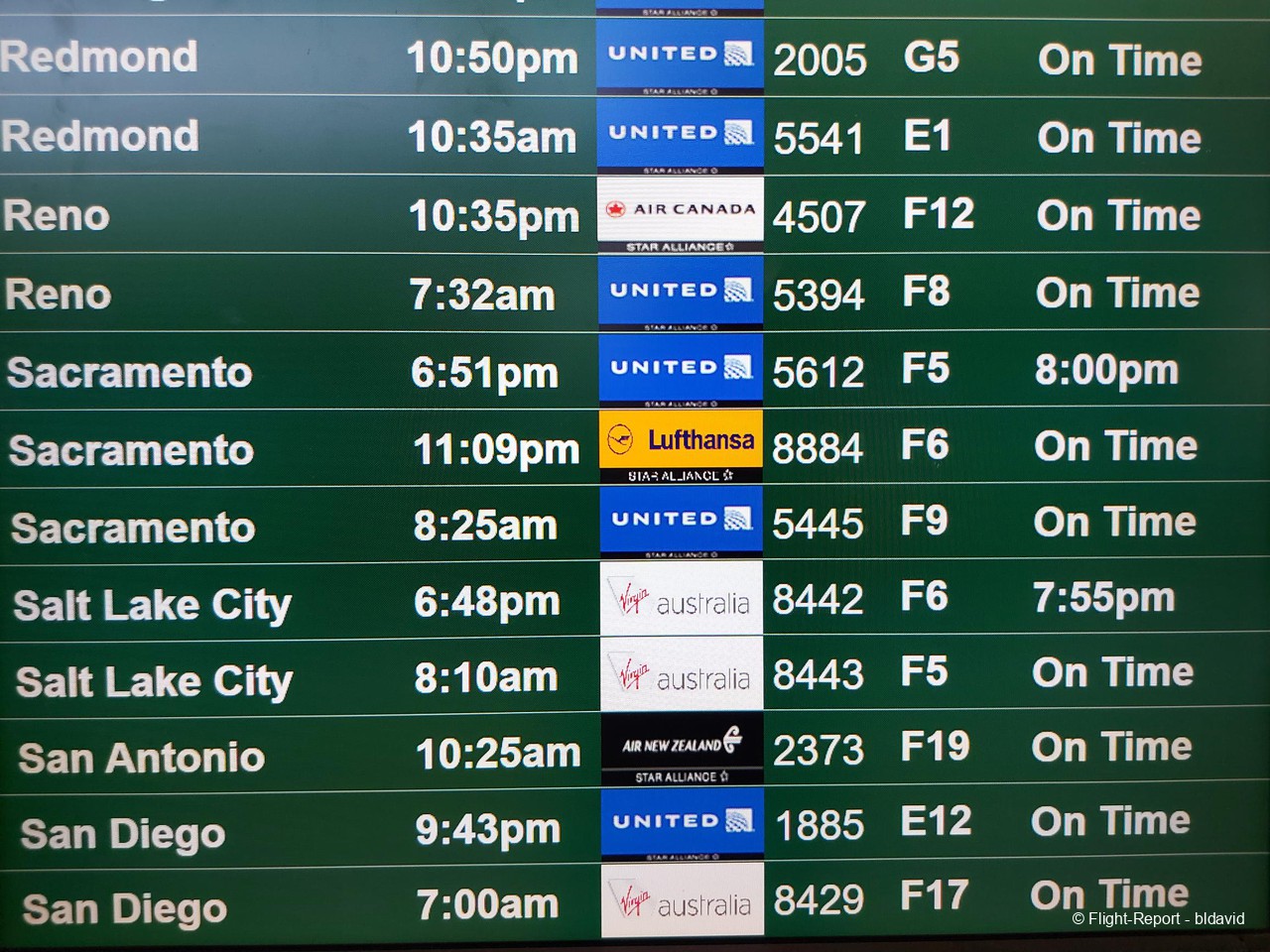 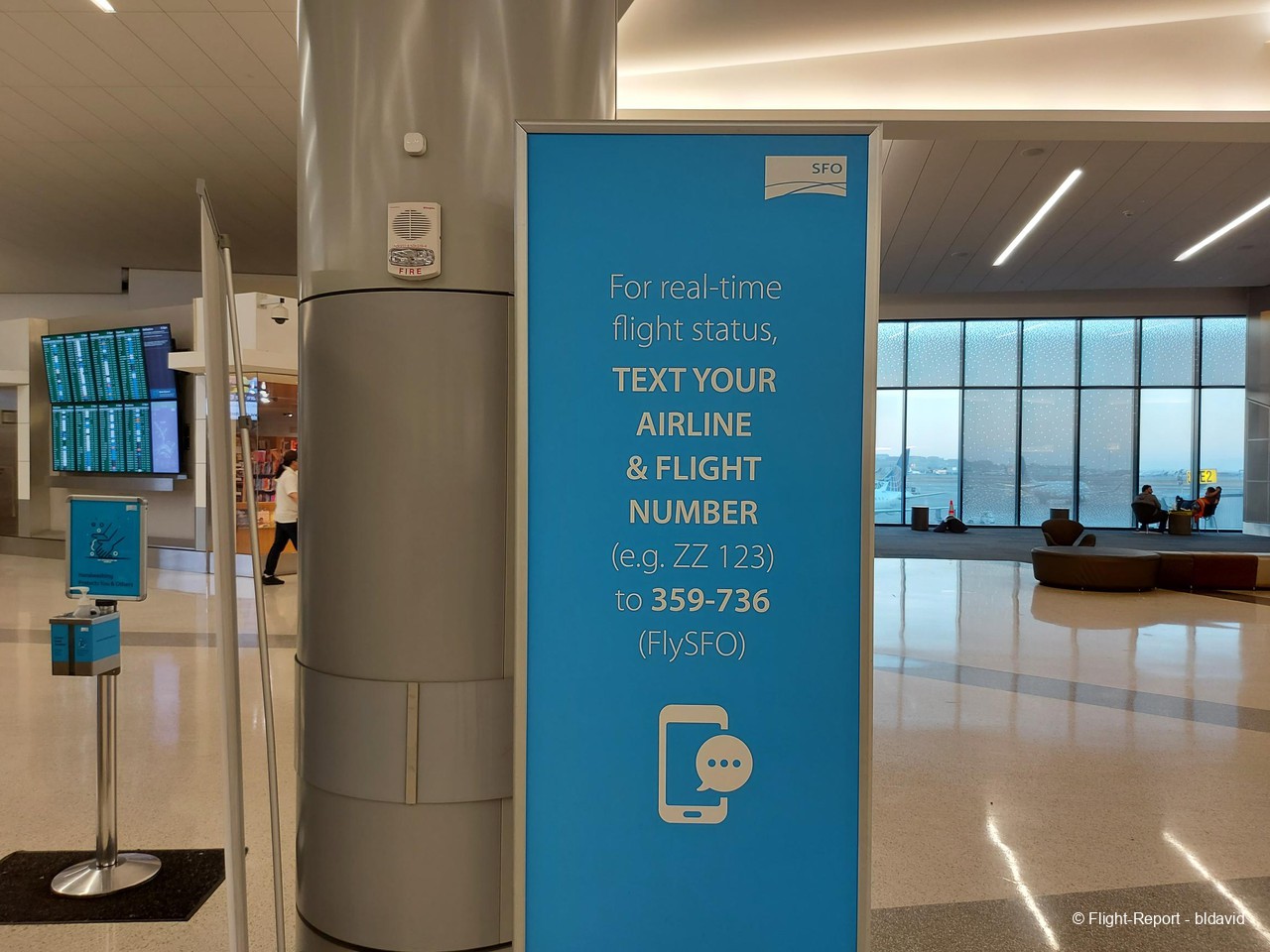 Do you need help with your United flight? 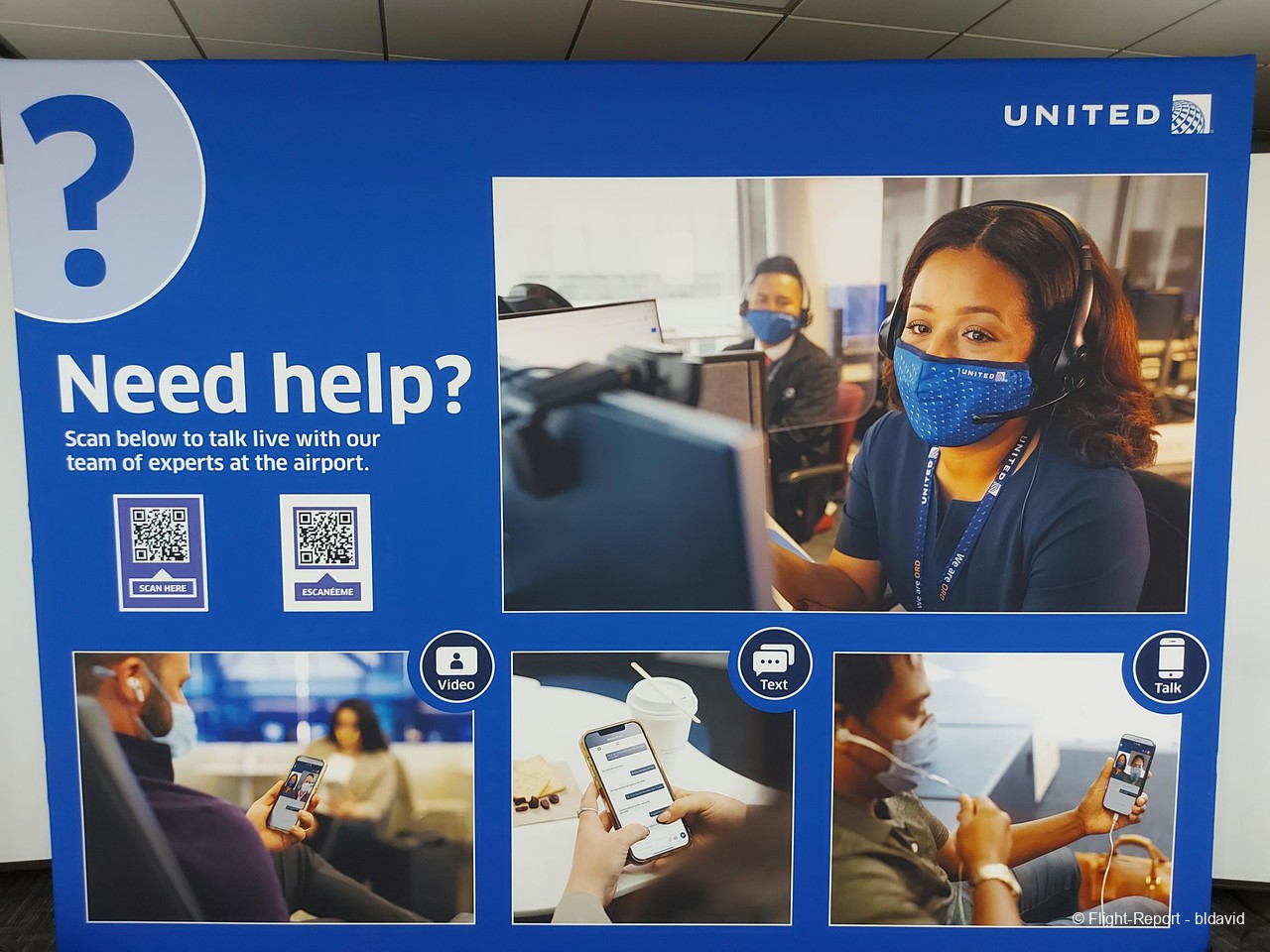 This way to the gates - and to the yoga room. 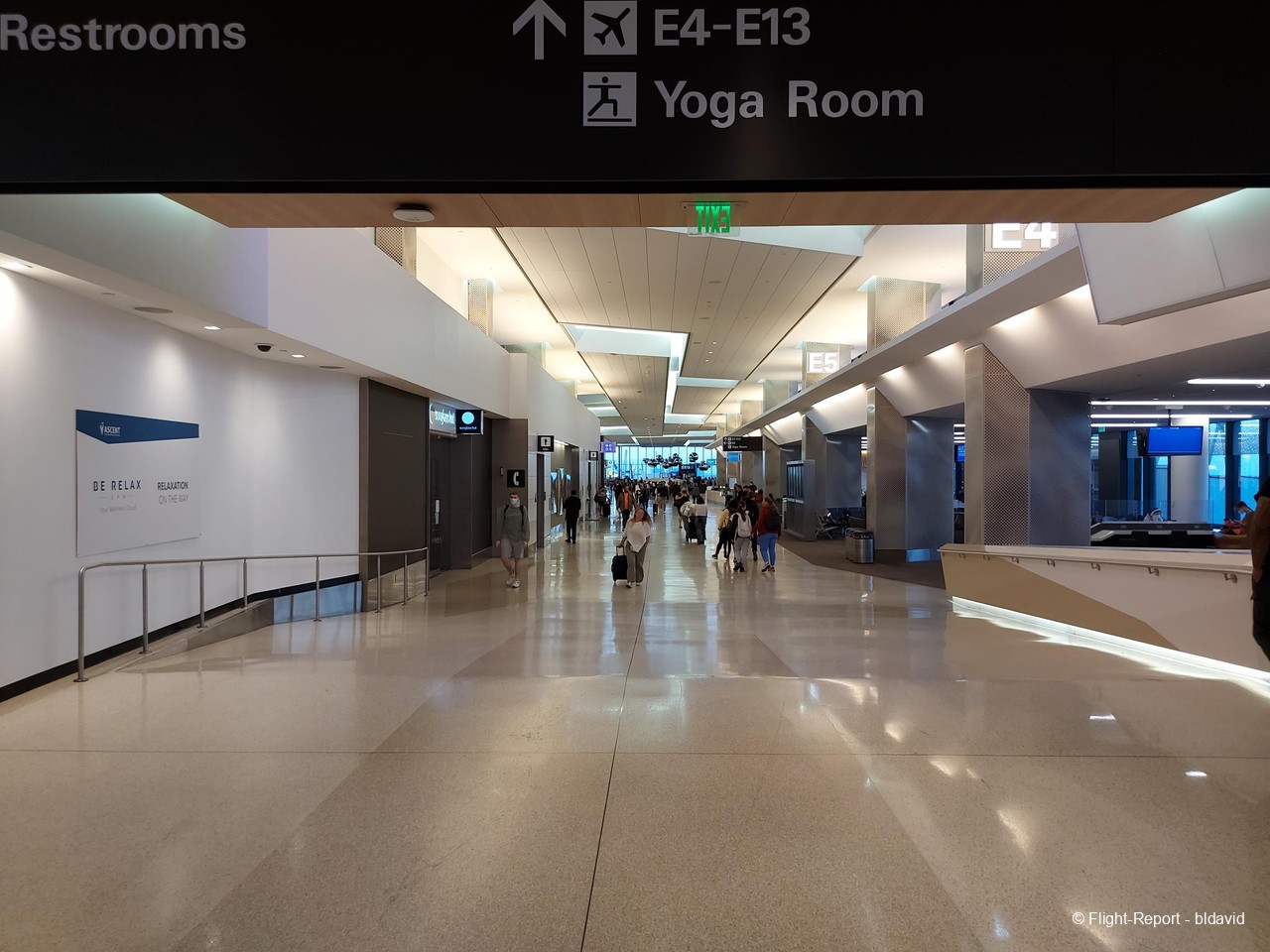 US Domestic First class bookings do not usually give access to the lounge. 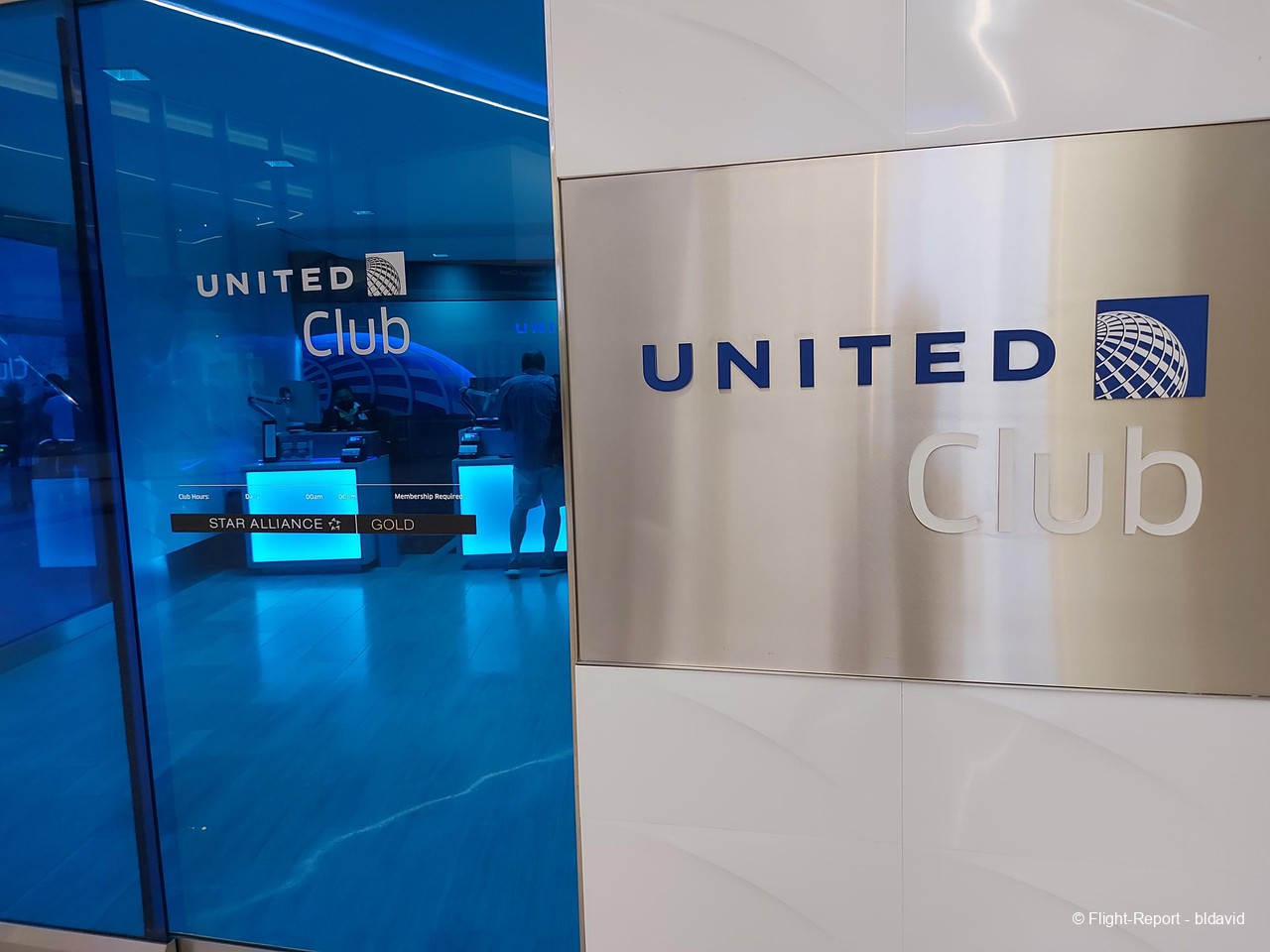 The gate area was a bit crowded but Terminal 3 is otherwise quite nice. 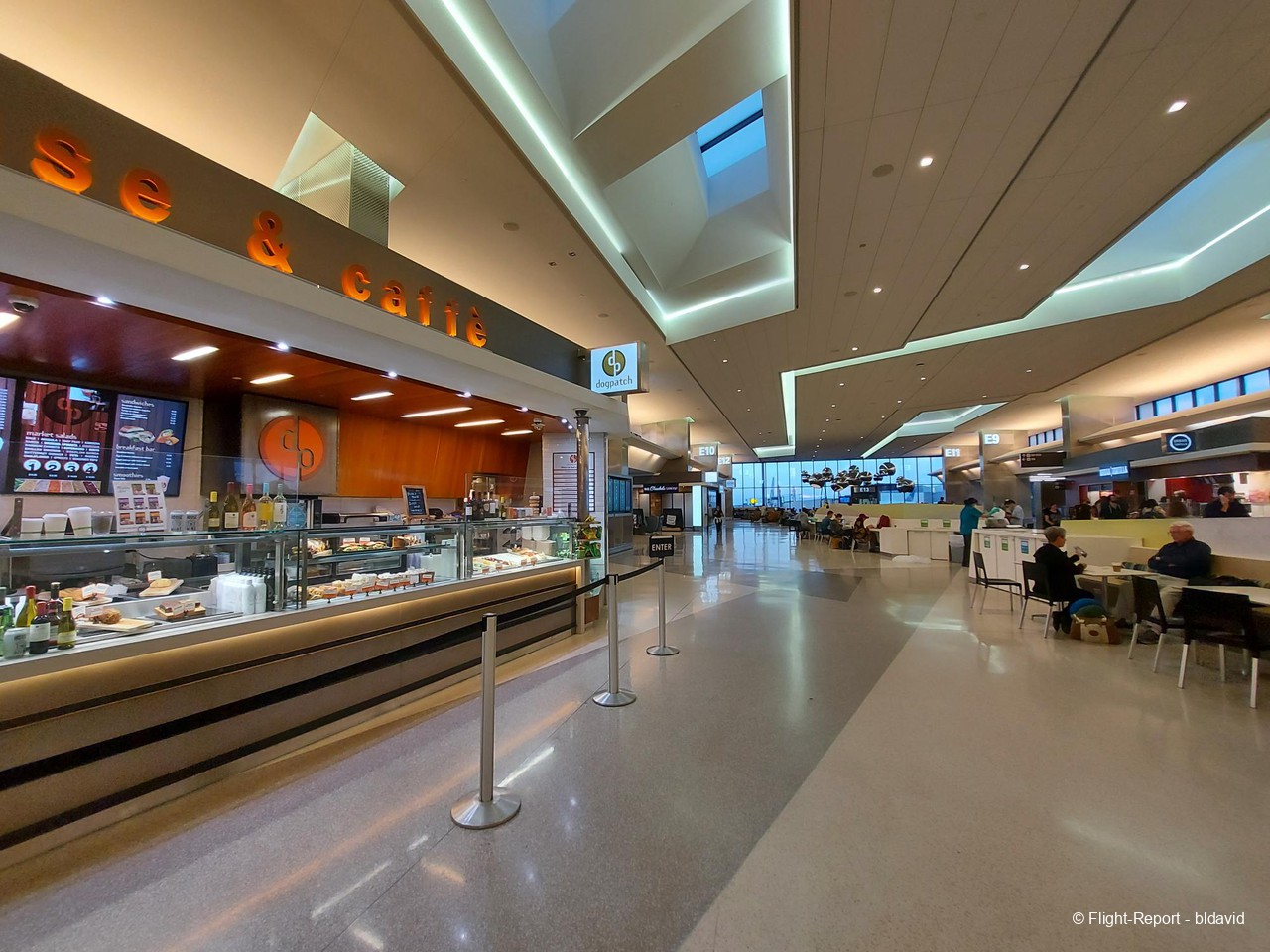 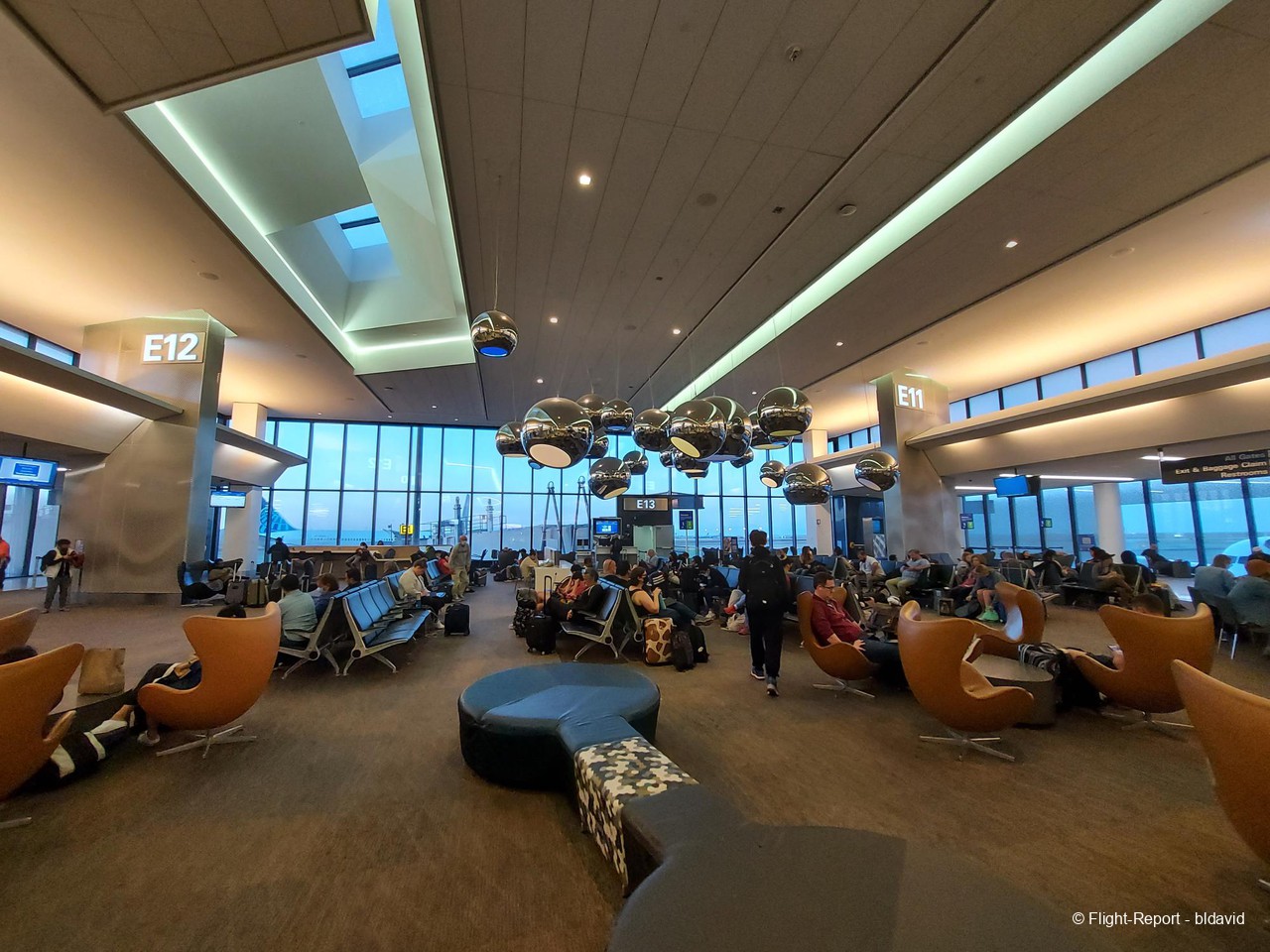 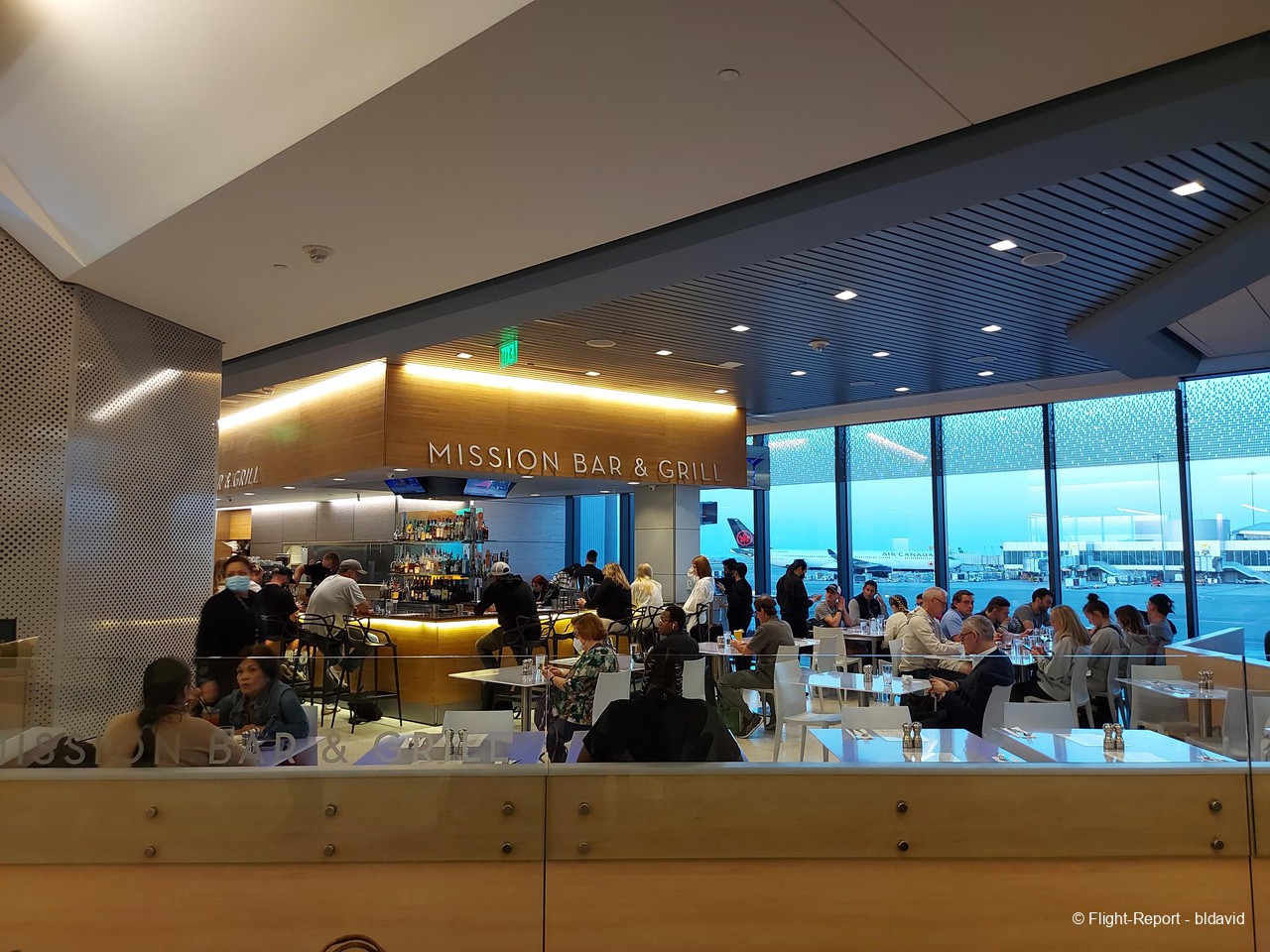 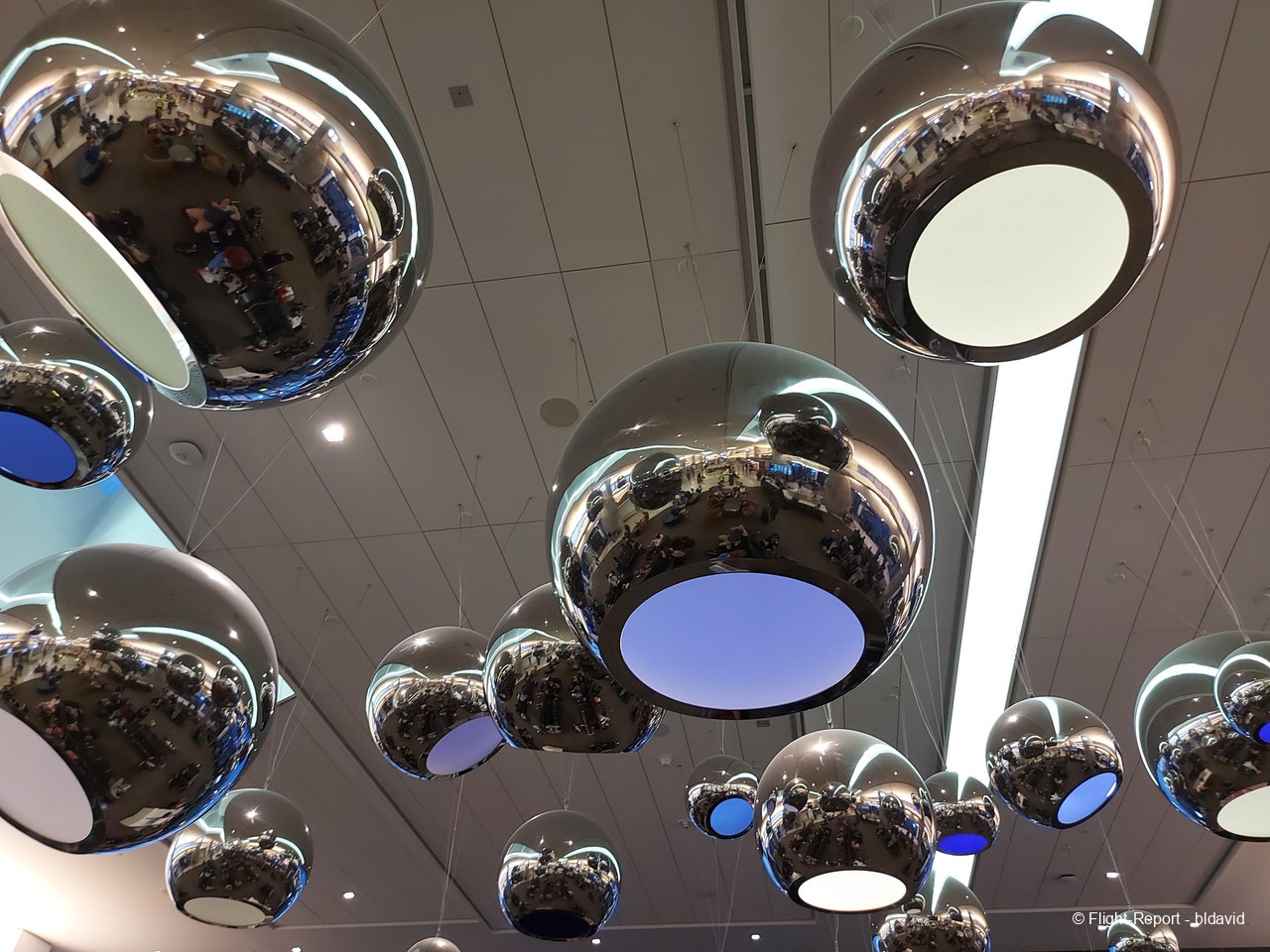 Our plane at the jetbridge. 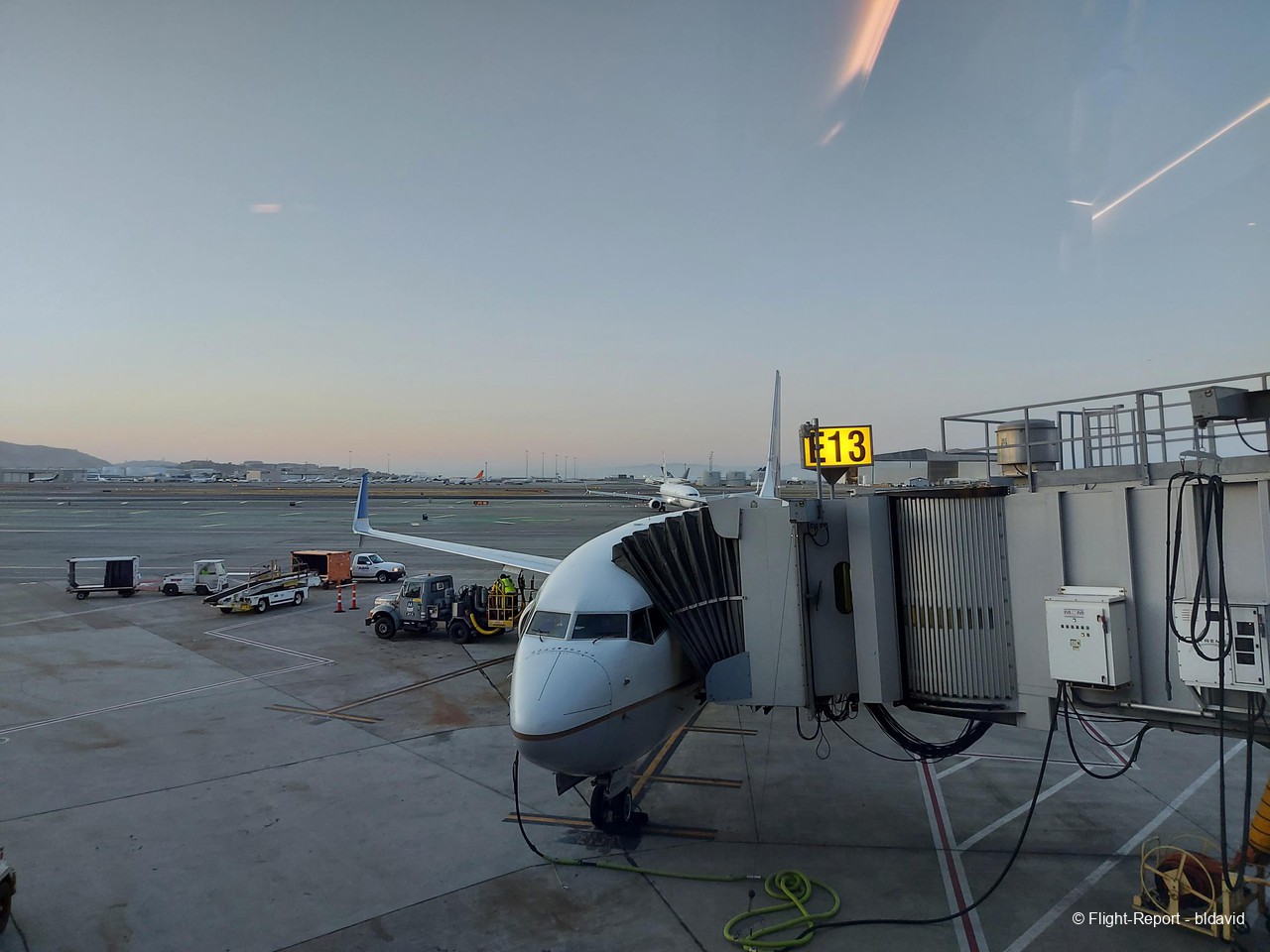 A lot of categories for the pre-boarding order. 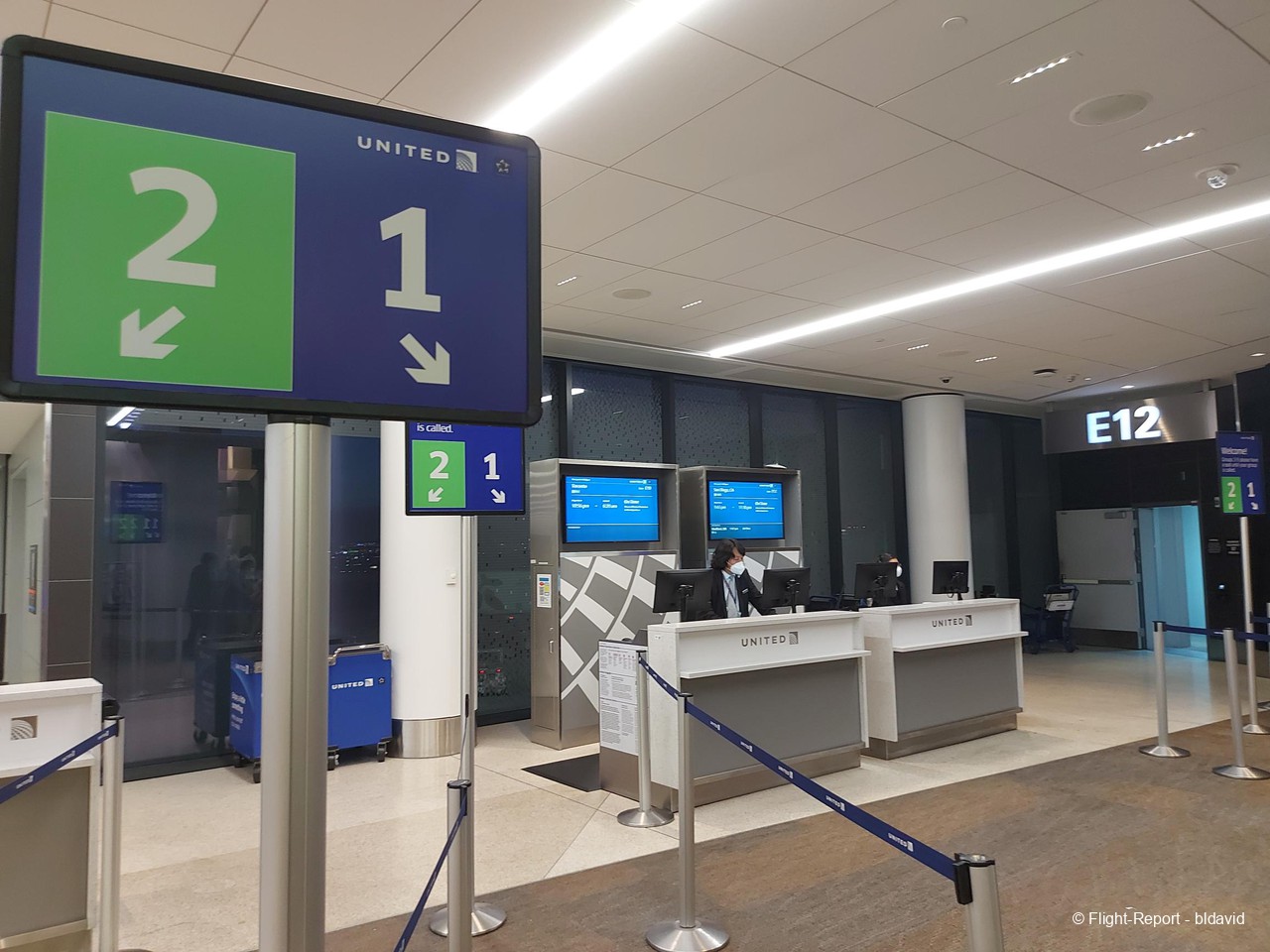 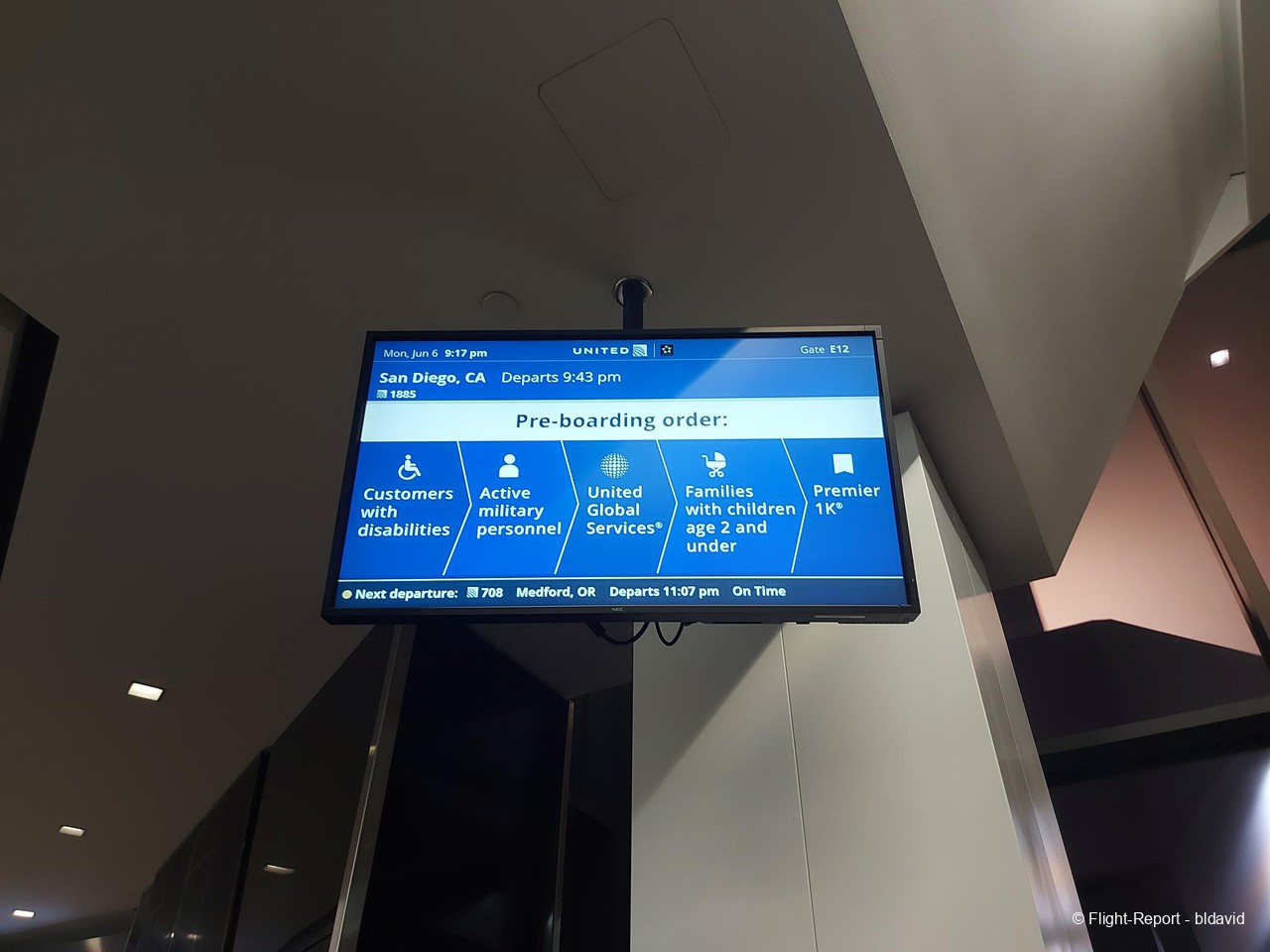 Boarding was on time. First class passengers are in group 1.

Configuration was the typical US Domestic First Class with 2+2 seats. The cabin and the seats looked old. 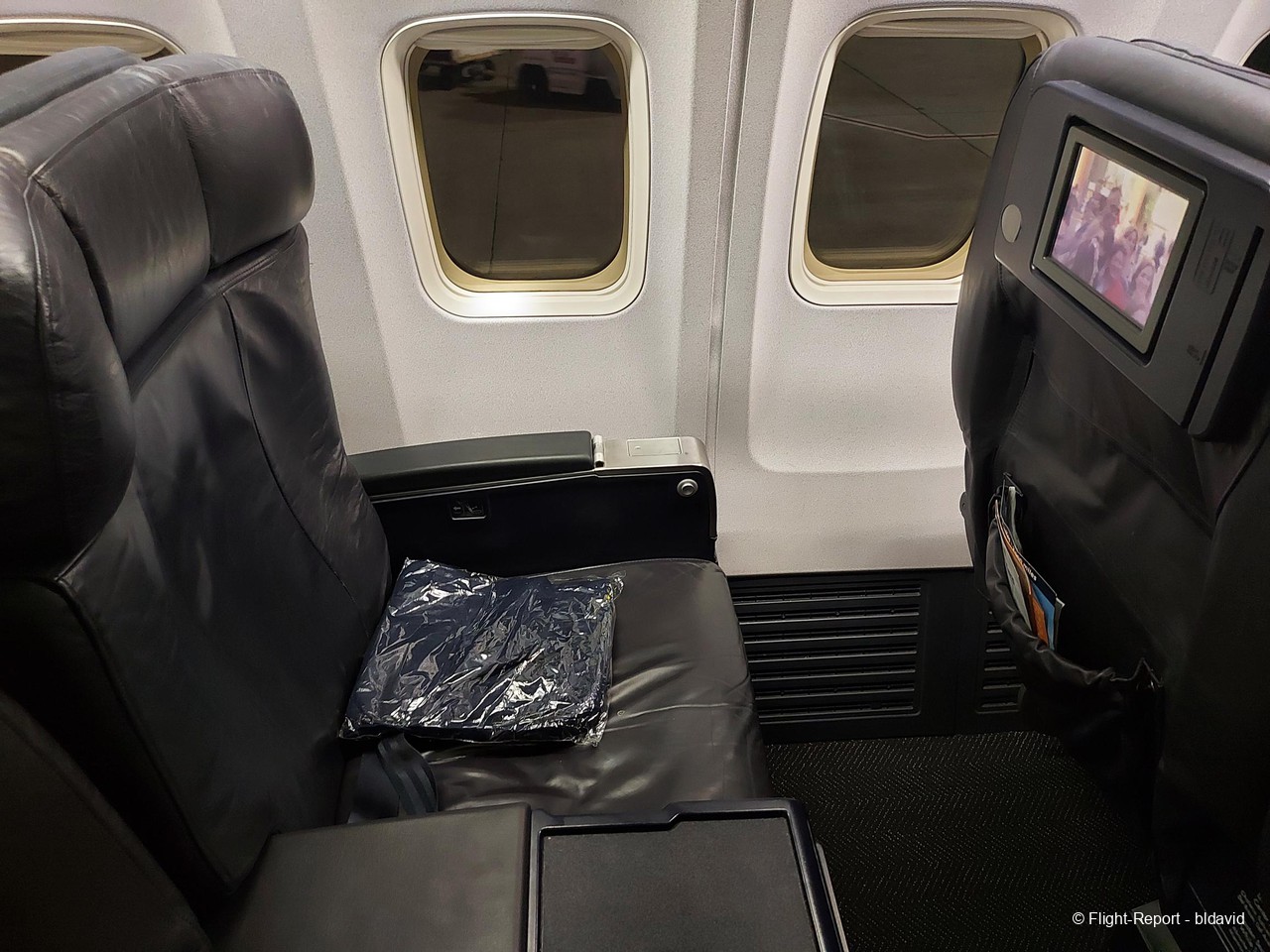 The cabin crew was very welcoming. Would you like champagne or water in your plastic cup? 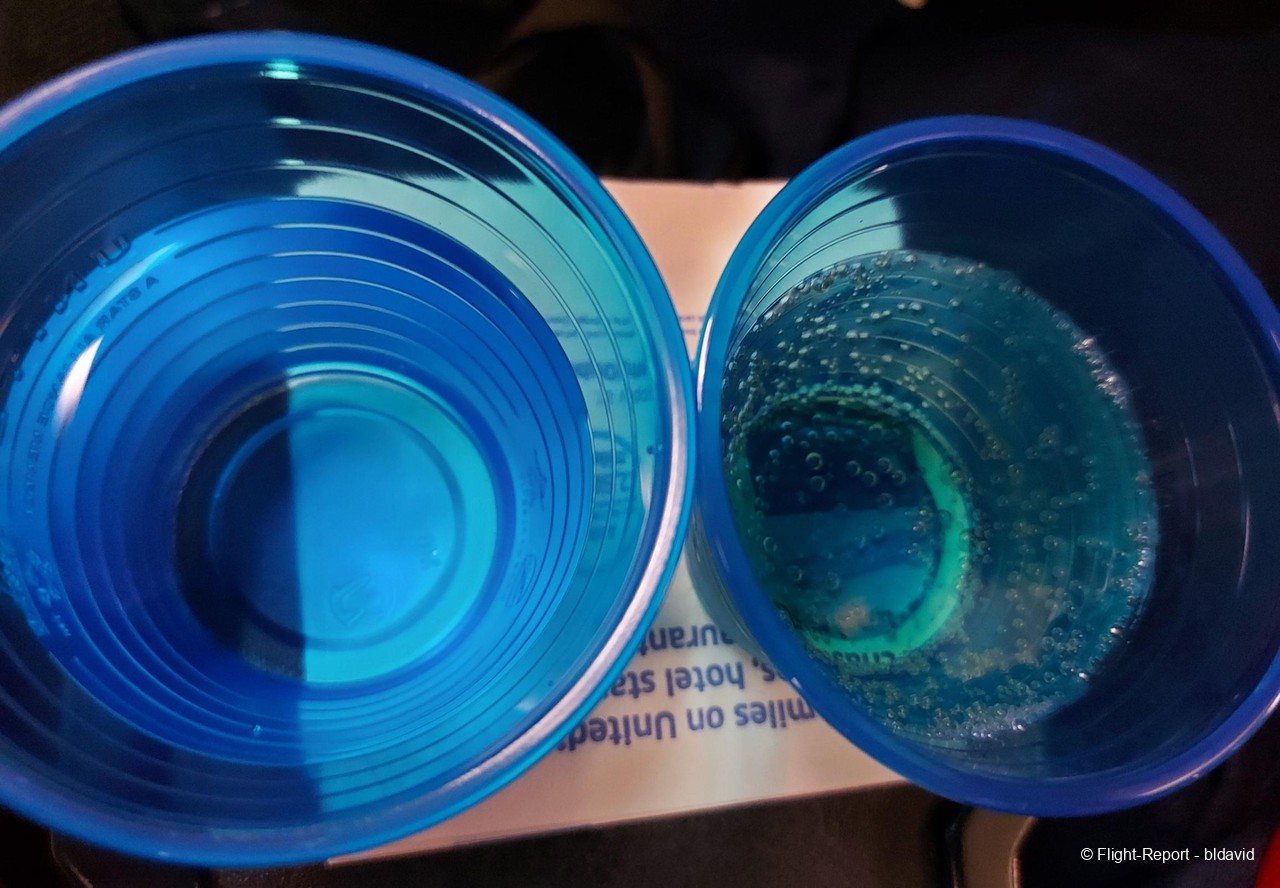 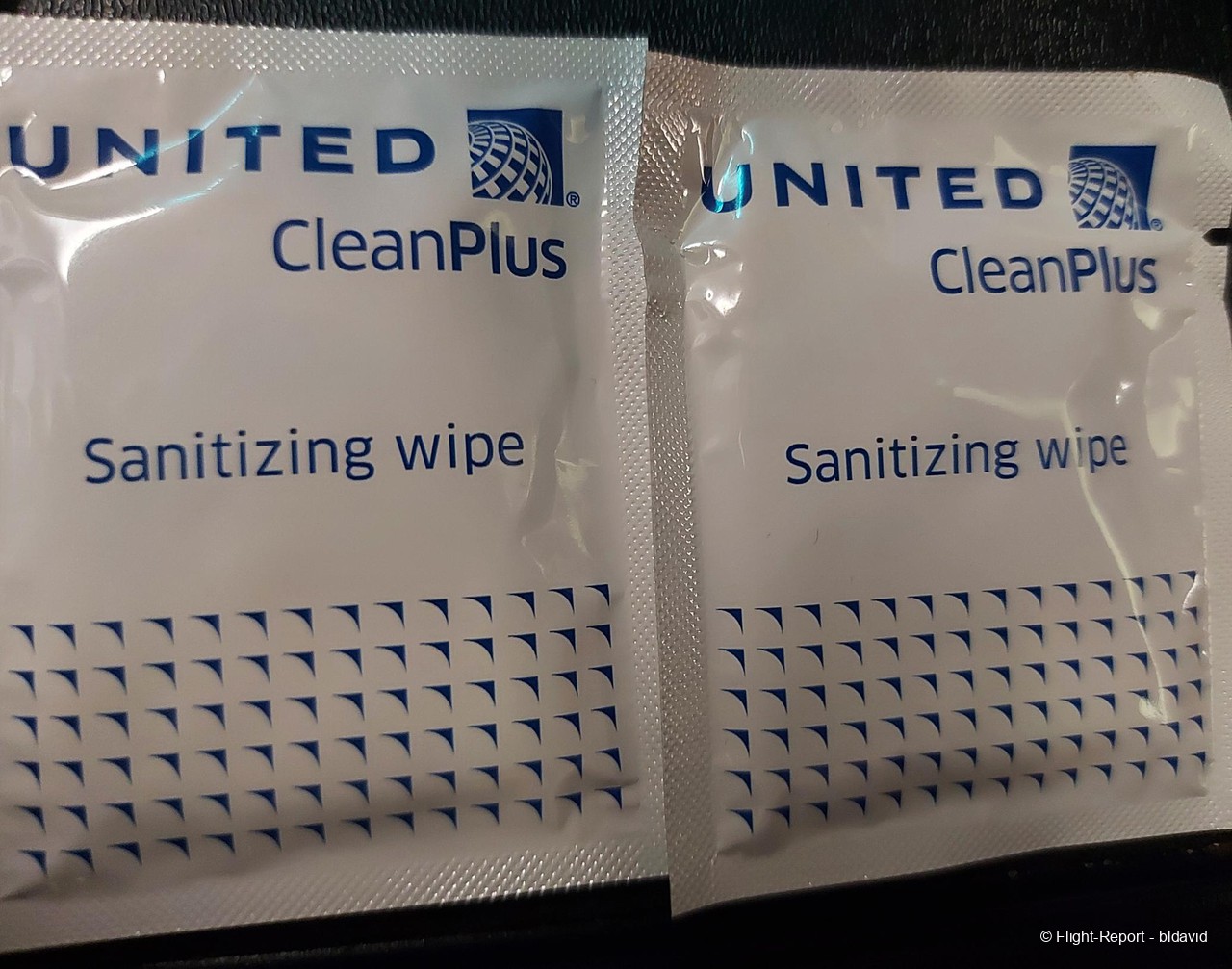 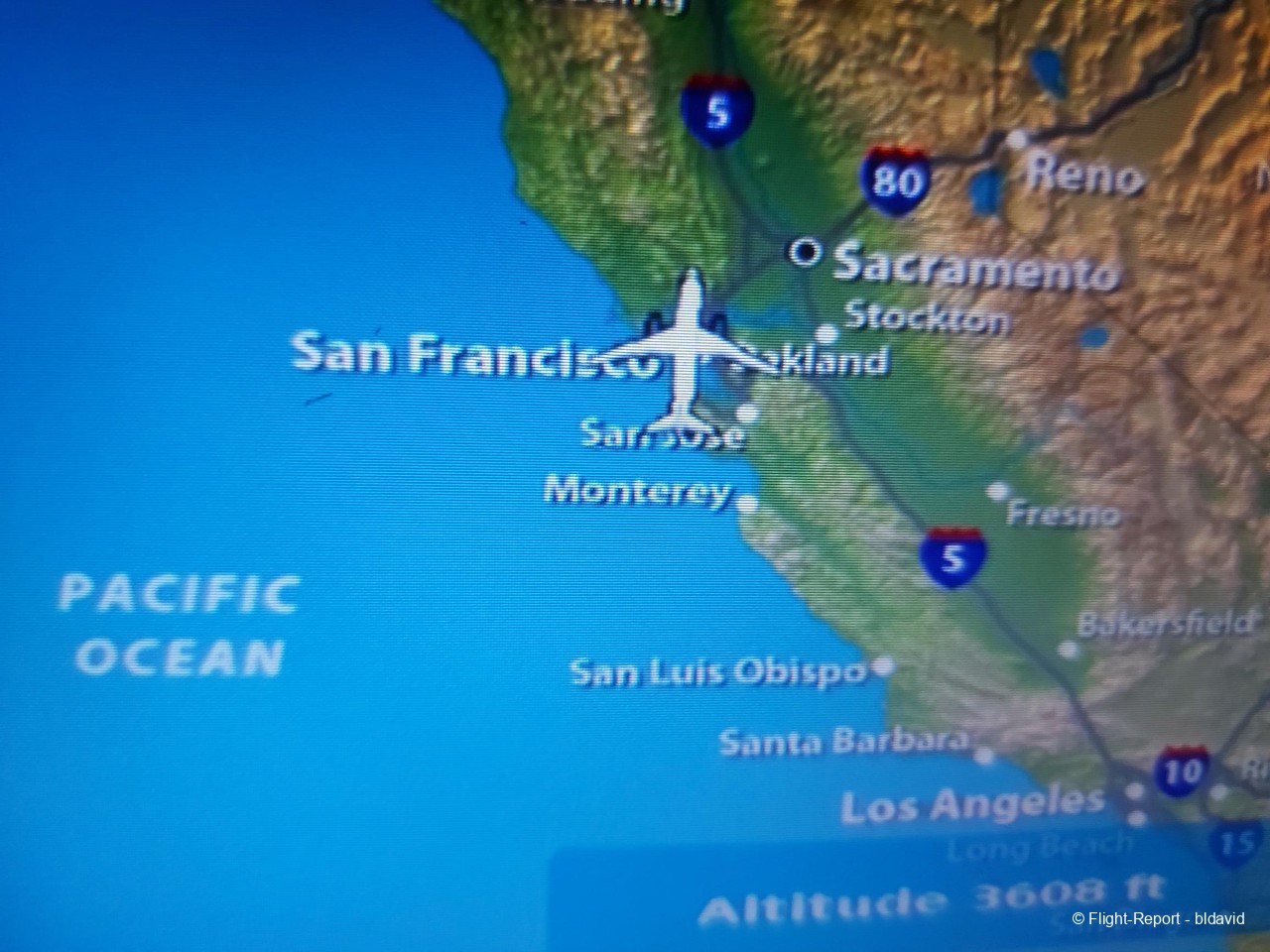 Some night views of San Francisco. A pleasant surprise: the seats have a built-in screen. 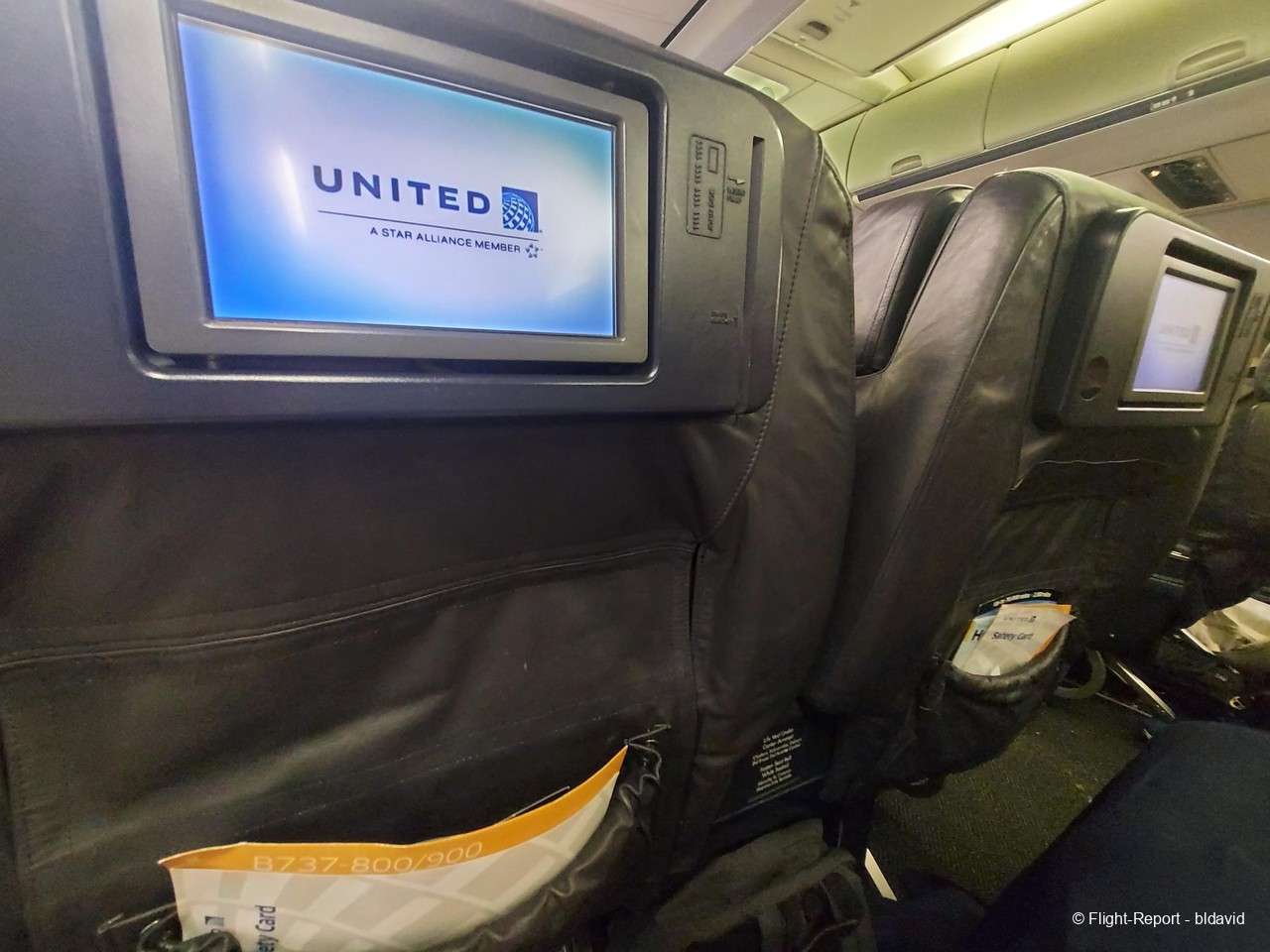 But the technology clearly dates back to the 2000s. A few films are available. 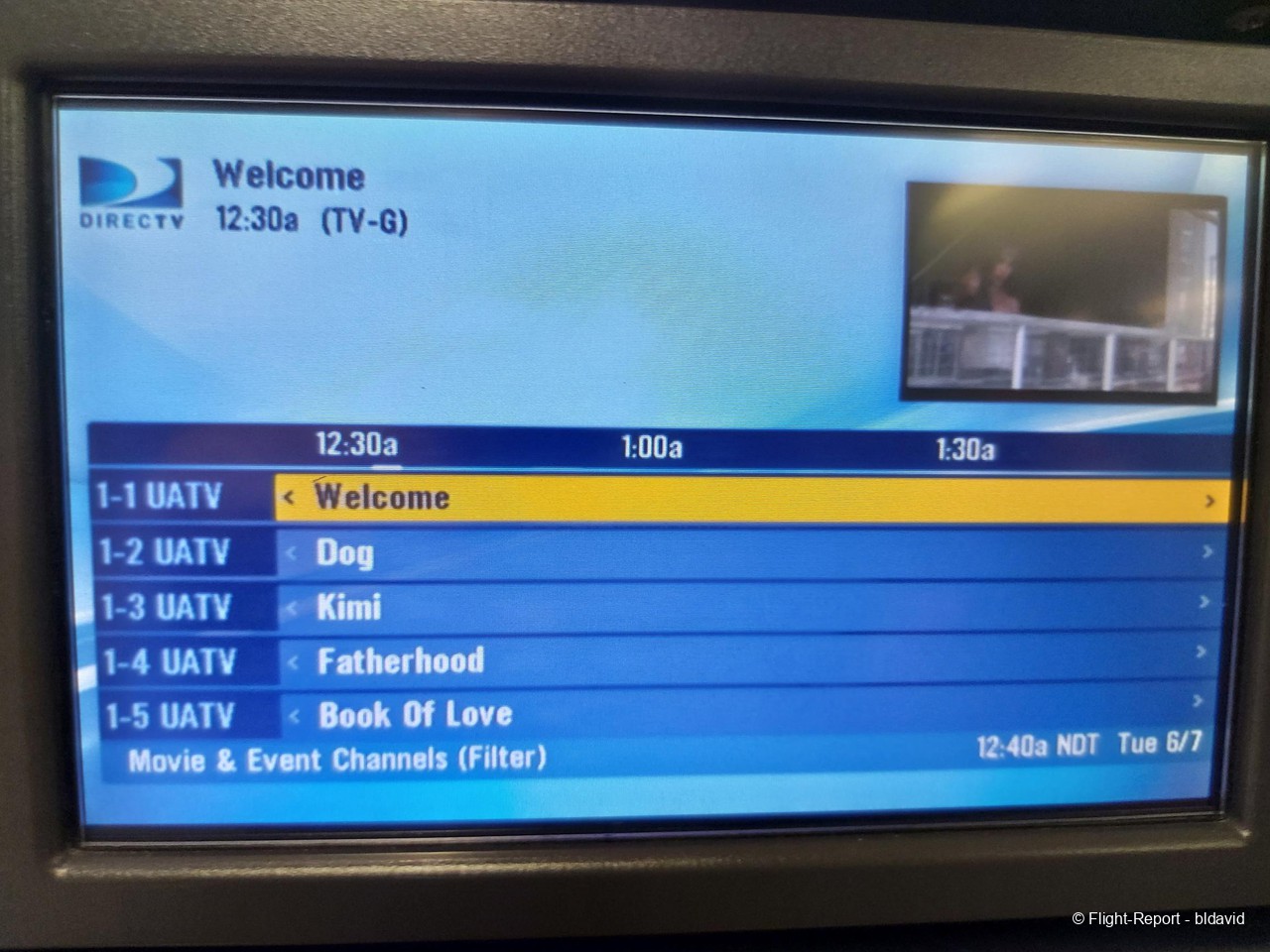 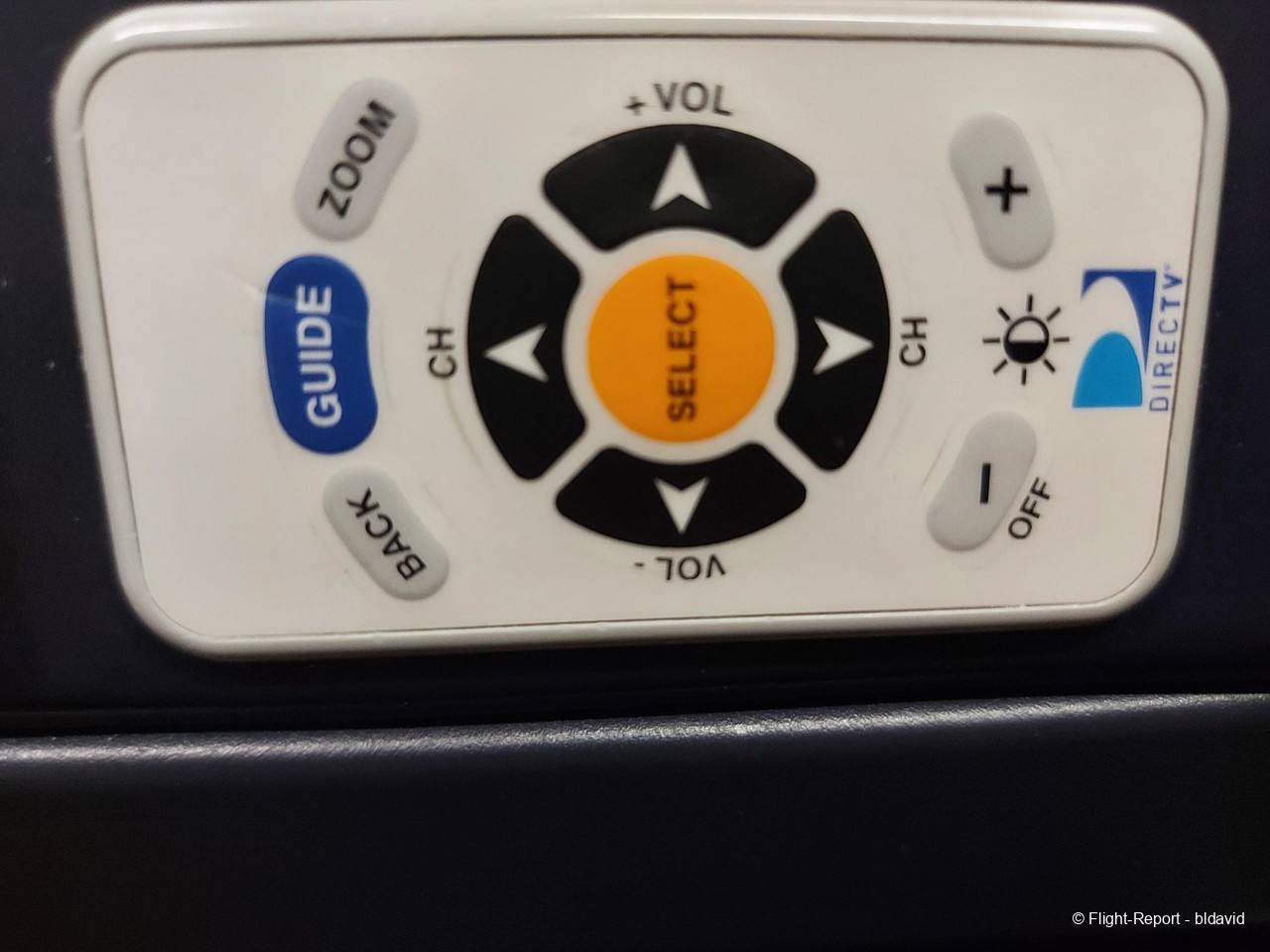 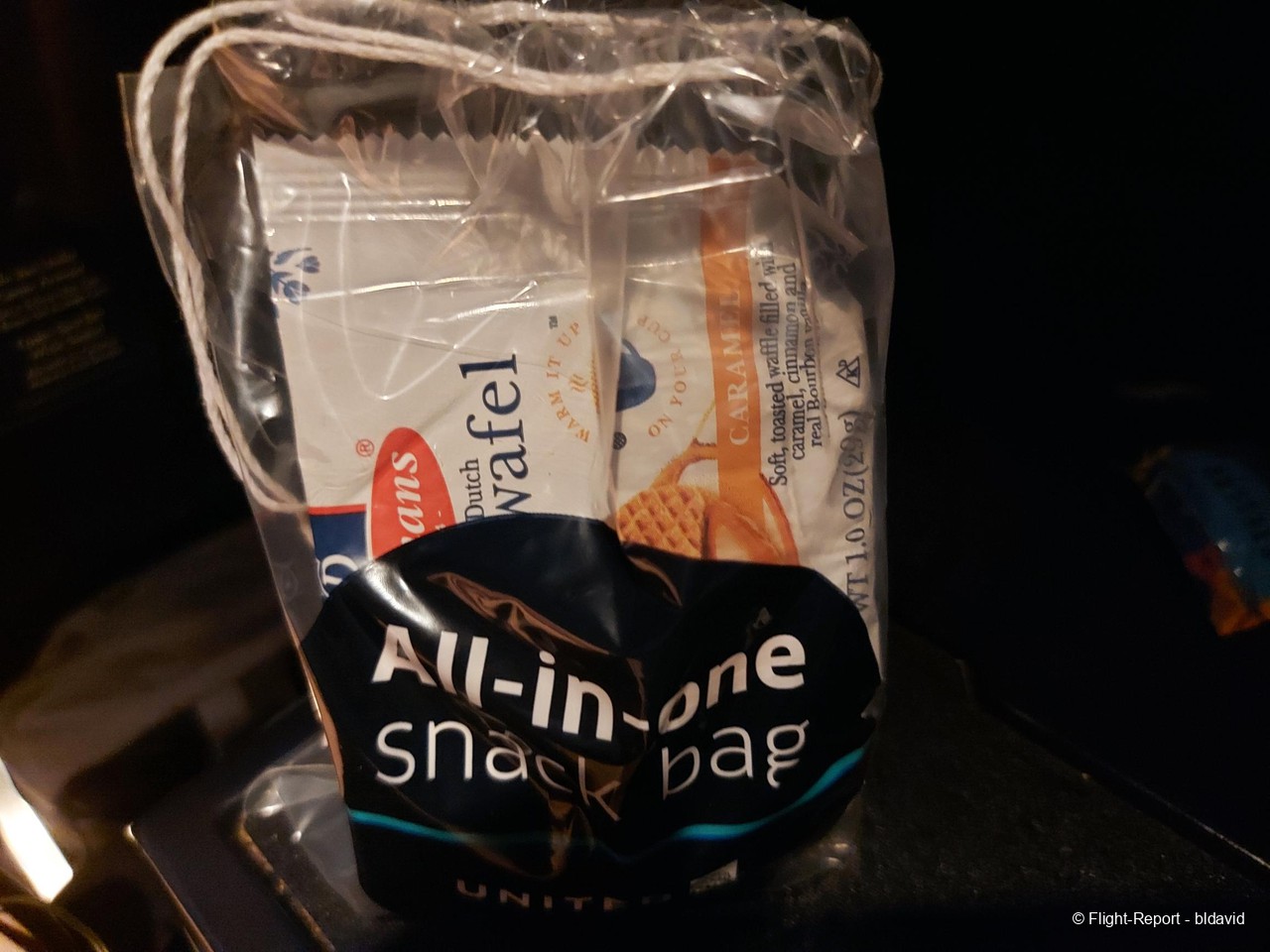 The bag contained a bottle of water, a small bag of pretzels and a piece of Stroopwafel. I ordered some tomato juice to drink. 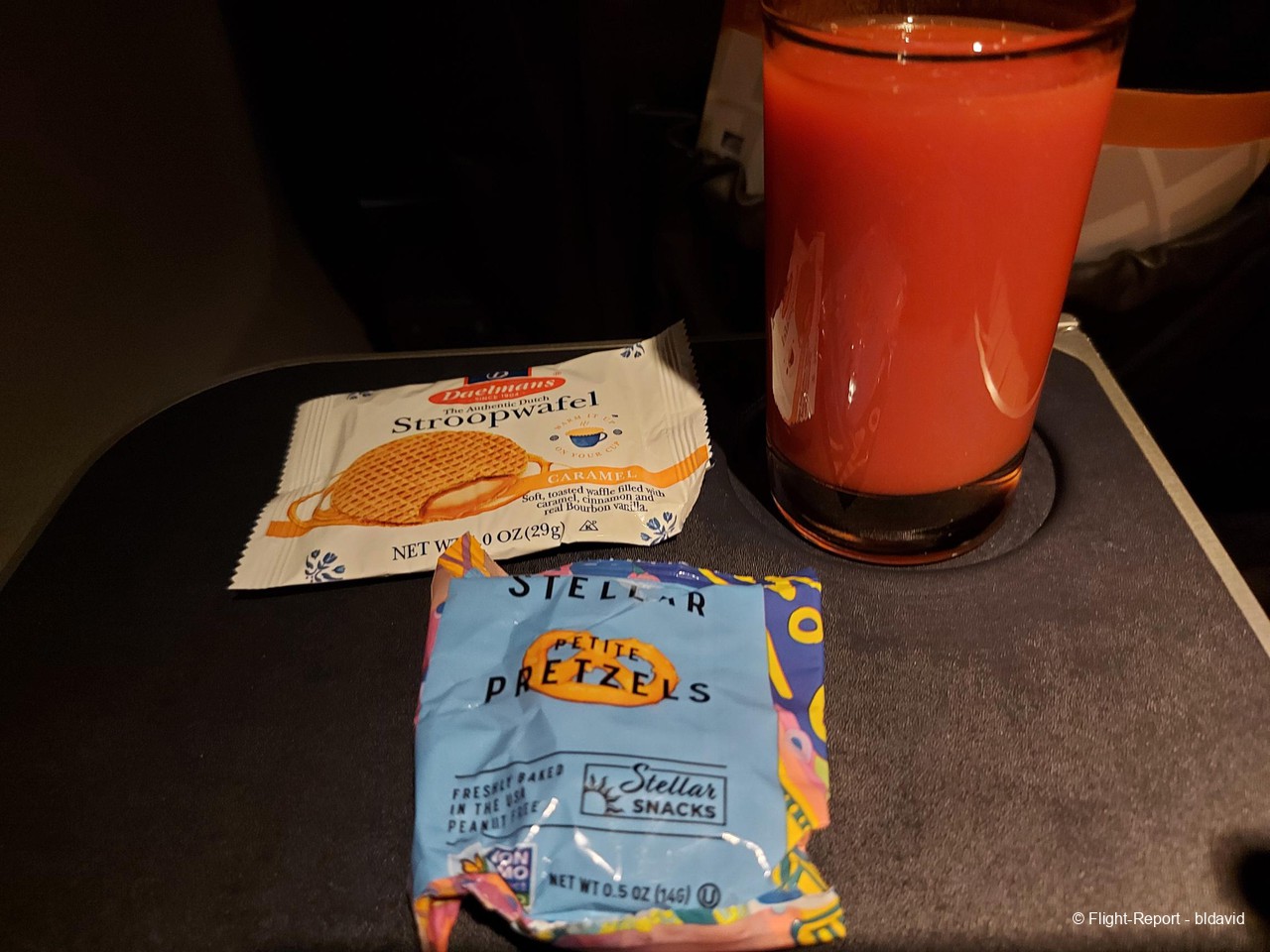 I wander if I'll ever get used to not having a proper catering in a service called first class.

On a positive note the flight attendant checked every few minutes if the passengers needed anything.

We flew over Los Angeles - it took quite some time even at the high speed of our plane. 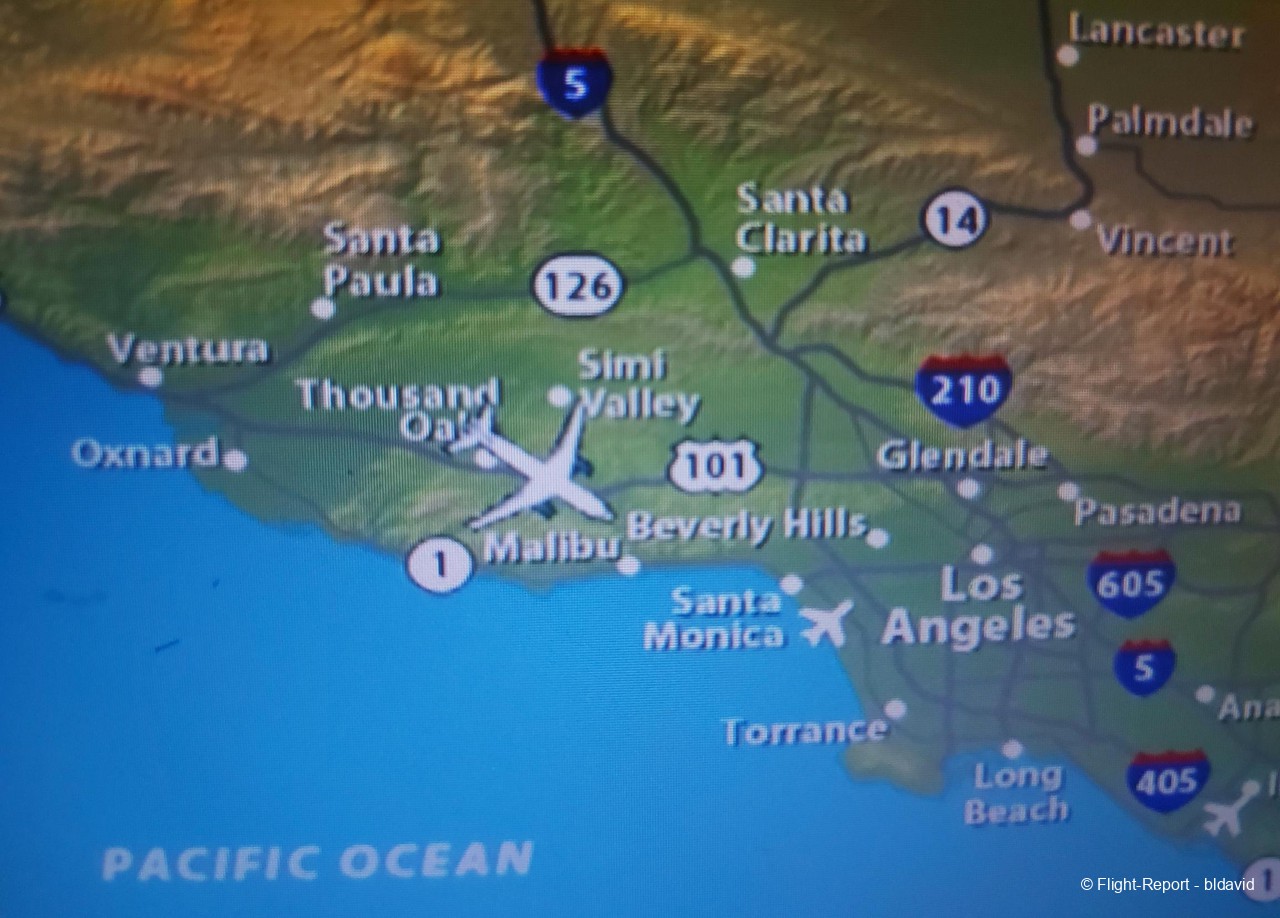 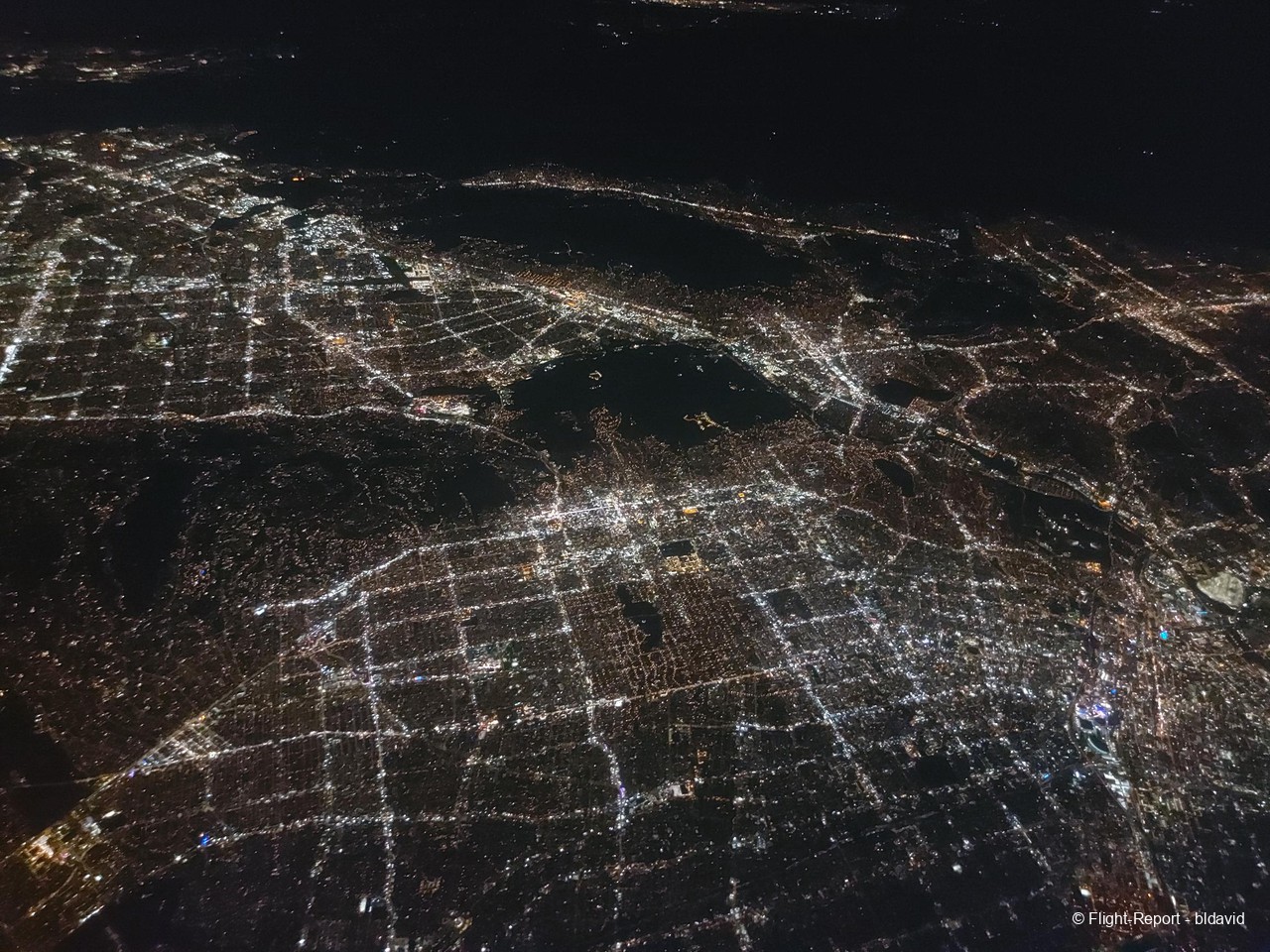 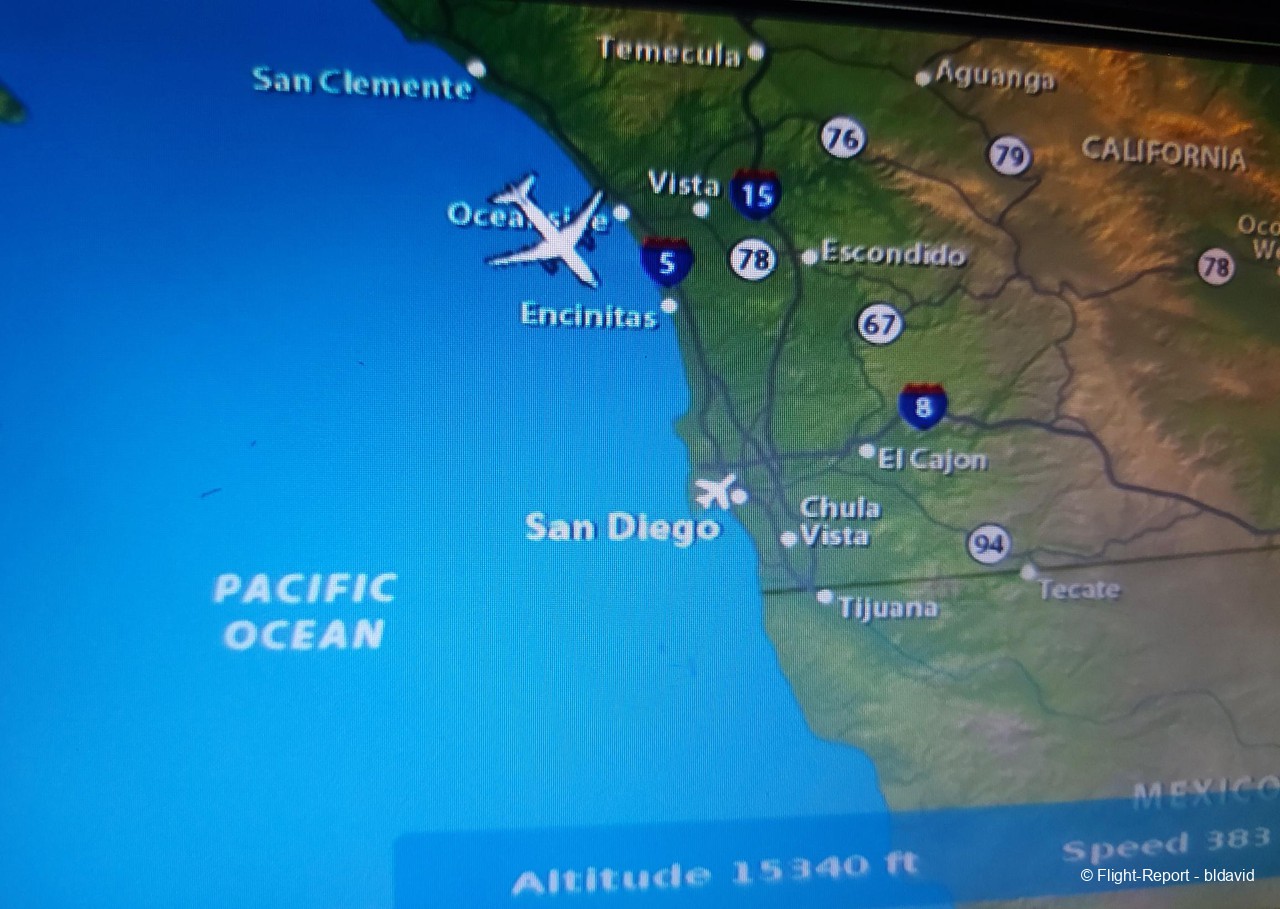 Check-in was quick, the seat was old but comfortable, the cabin crew was welcoming and the price we paid was low. It was nice to have a built-in screen but the choice of movies was very limited and the technology outdated. No lounge access and no meal - this might be the standard for US Domestic First Class but this is not first class service for me.