By TerryYong 4122
Published on 23rd March 2014
With the recent political crisis going on in Thailand which greatly affected tourism, airlines and hotels are slashing prices to Bangkok and thus, we booked this trip at a very affordable price (air-tickets for only $120 all-in per pax and 5-star hotel for amazingly low rates as well) for our annual Bangkok food, massage and tailor getaway!

Checked-in online 72hrs prior to the flight and printed our boarding passes. We were allocated seats 15E and 15F. 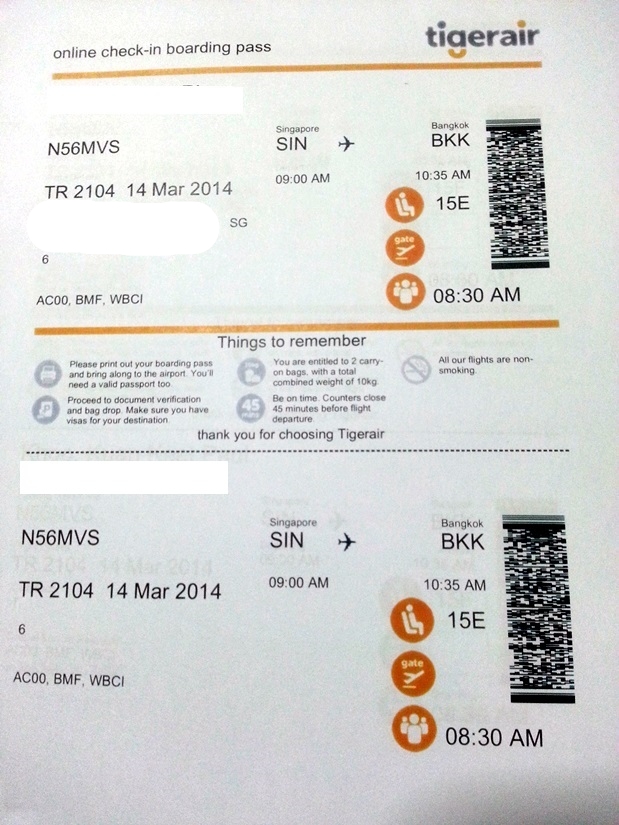 On the day of departure, we arrived at Changi Terminal 2 and verified our travel documents at TR's document verification counters slightly more than an hour before departure. Most of the morning peak wave has departed and thus there were not much of a queue at the Tigerair check-in counters. However I have heard of horror stories of the long queues during peak periods. Did some duty-free shopping and proceeded to the gate 30min prior to departure, with most pax already boarded. We would be departing from a bus gate this morning! Guess not enough gates at T2 for the morning peak departures. Load was more than 150 pax out of 180. Not bad! Guess Singaporeans will still travel to BKK with the low fares offered. 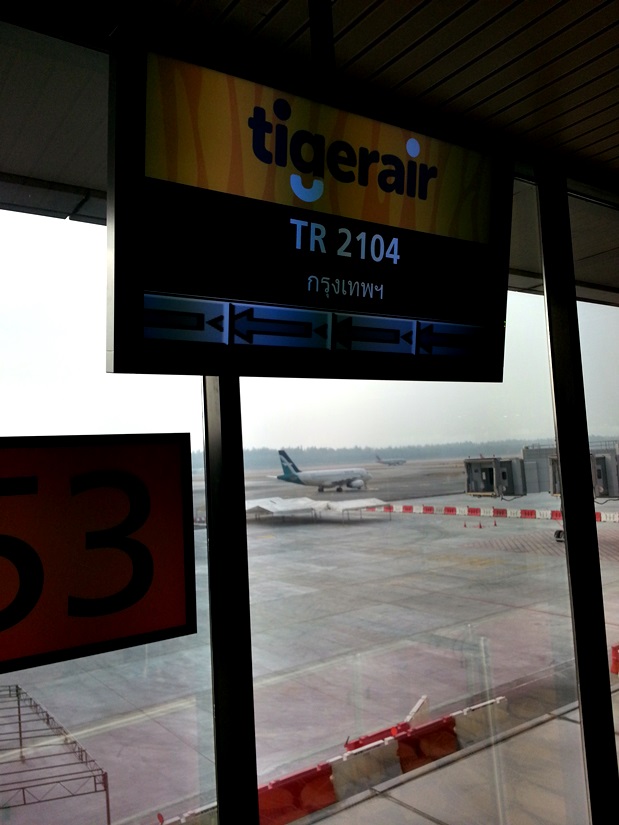 Down to the tarmac and boarded the bus to ferry us to the aircraft. Apparently we were on the last bus as most pax have already boarded. 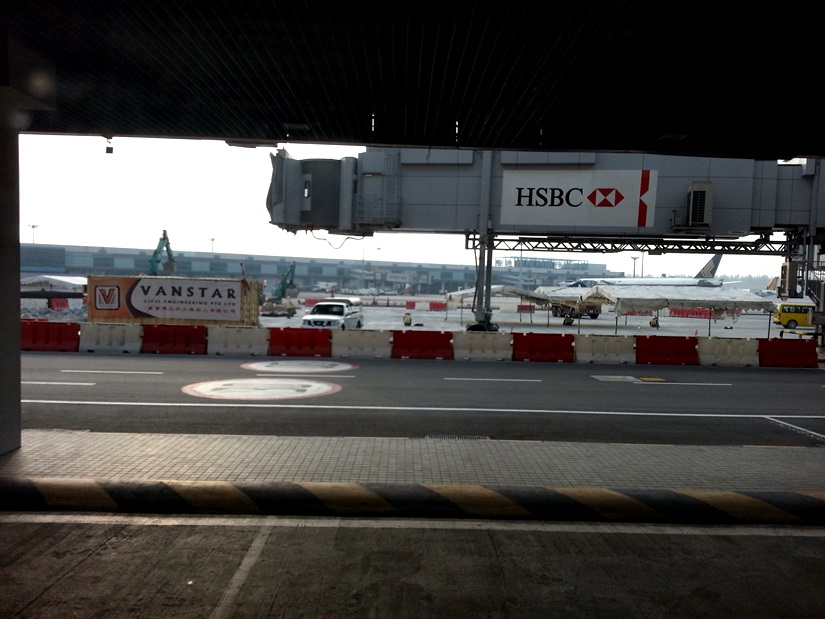 Tarmac view during ride to our plane. 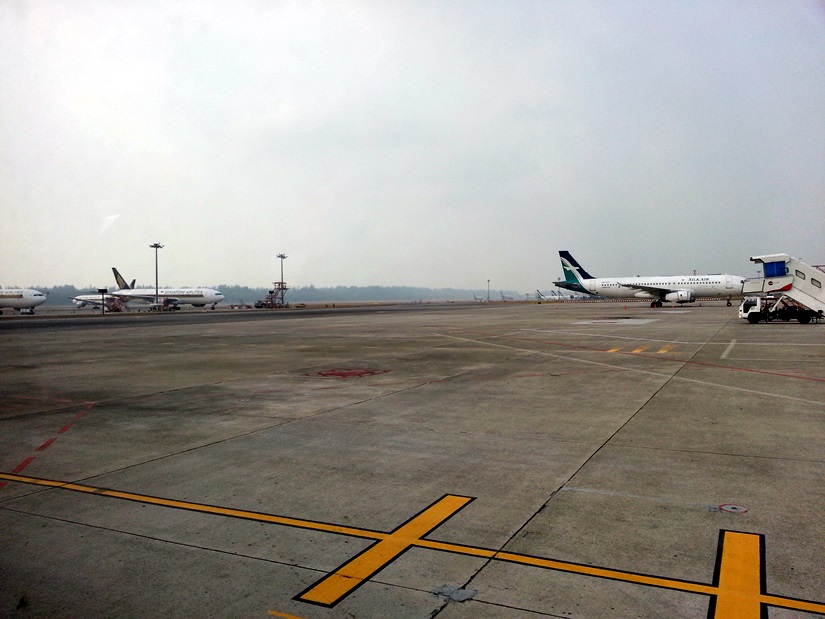 Boarding the Tiger. This is one of the older aircraft still with cloth-cladded seats. 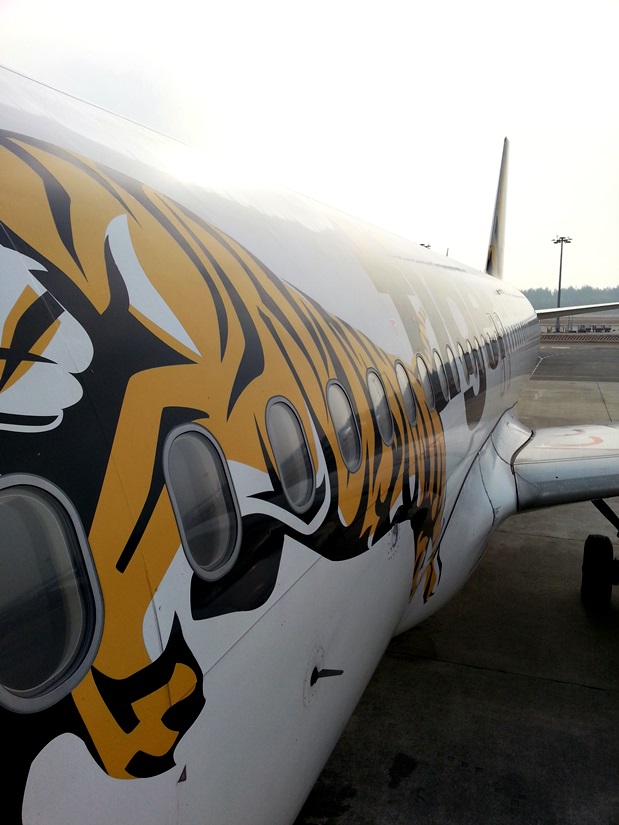 Welcomed by the crew as we boarded. Another crew along the aisle was also assisting with carry-ons. Quite a good first impression. Got to our seats quickly. An SQ A333 was parked beside. 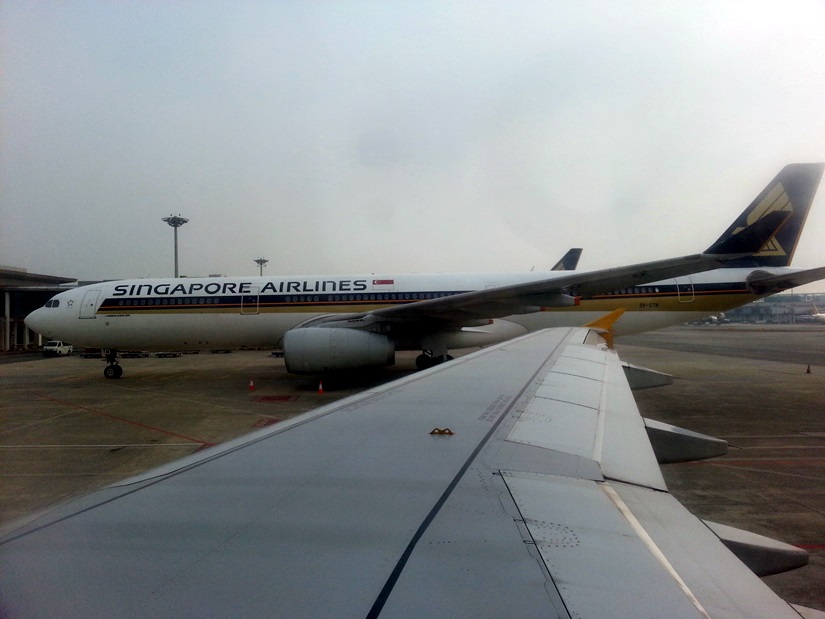 Legroom was tight as usual, but bearable for the 2hrs flight. 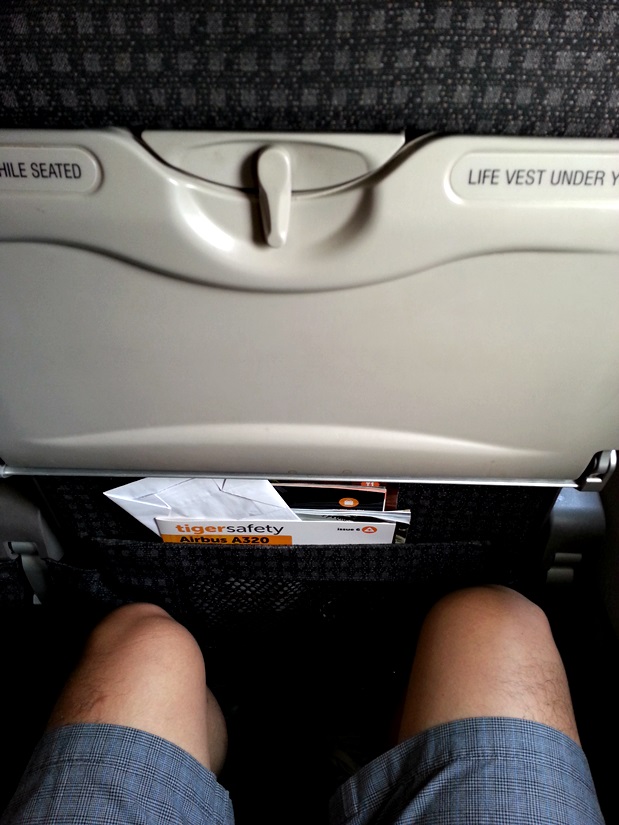 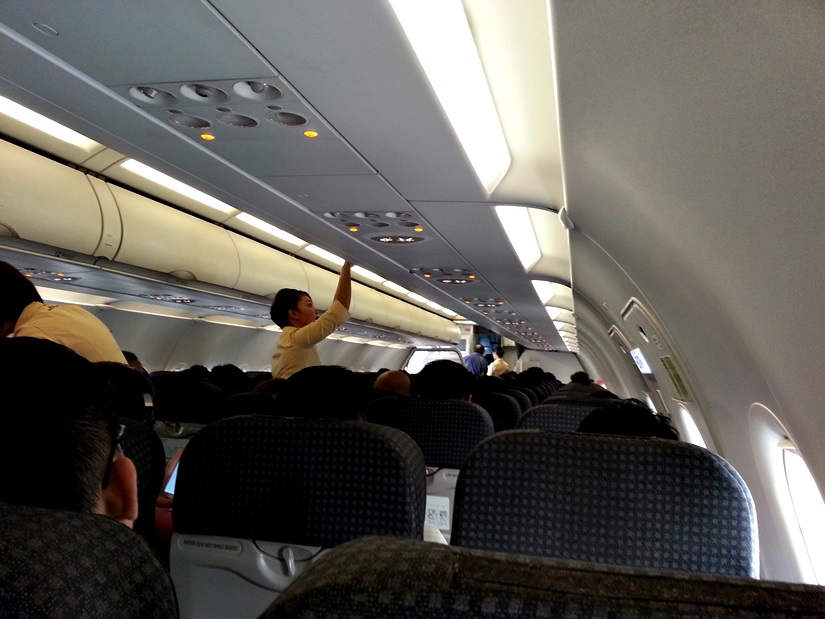 Not too soon after we settled in our seats, aircraft doors were closed and safety brief was conducted. We actually pushed back right on time! 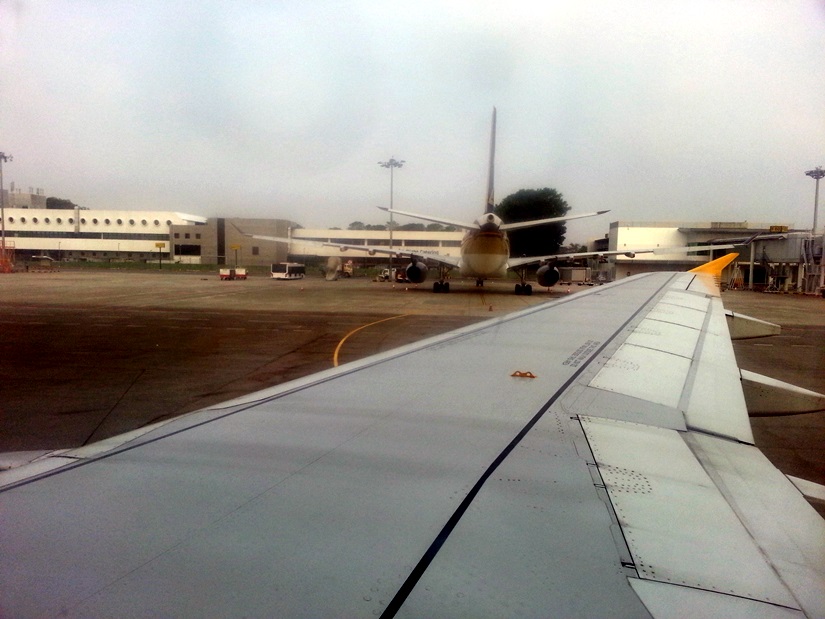 Started our taxi to Rwy 02C. However there was a slight queue for takeoff. I counted 5 planes ahead of us. Spot a number of Silkair aircraft at the remote stand, including the newly delivered B737-800! 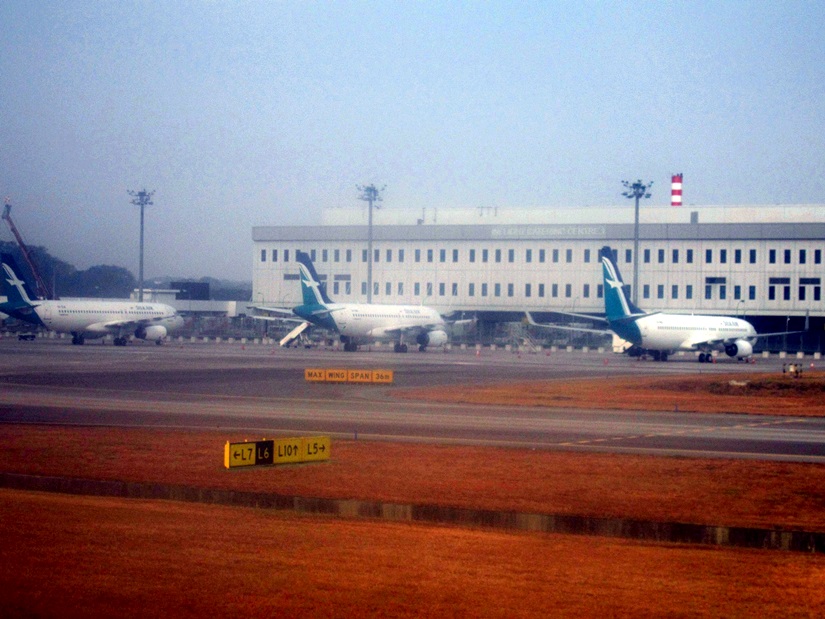 Finally reaching the runway after almost 15min of taxi. 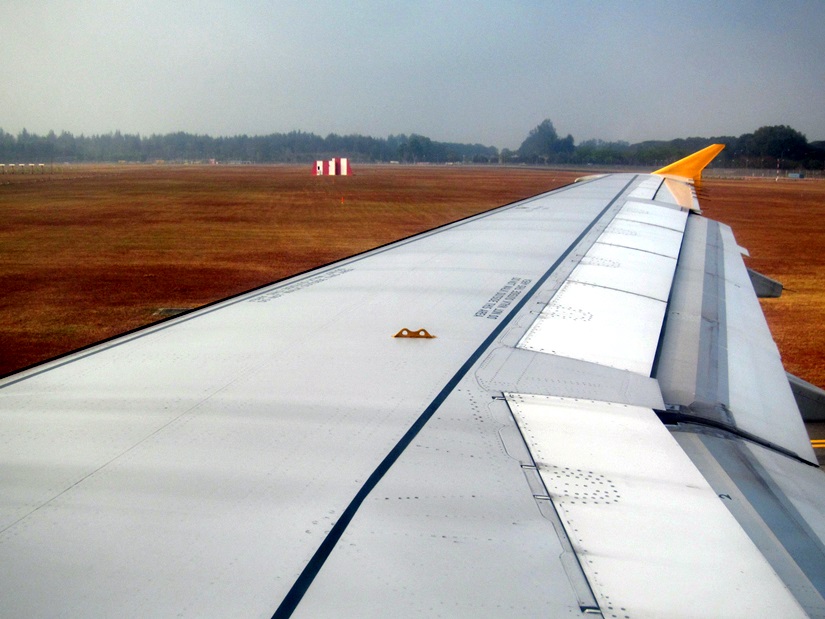 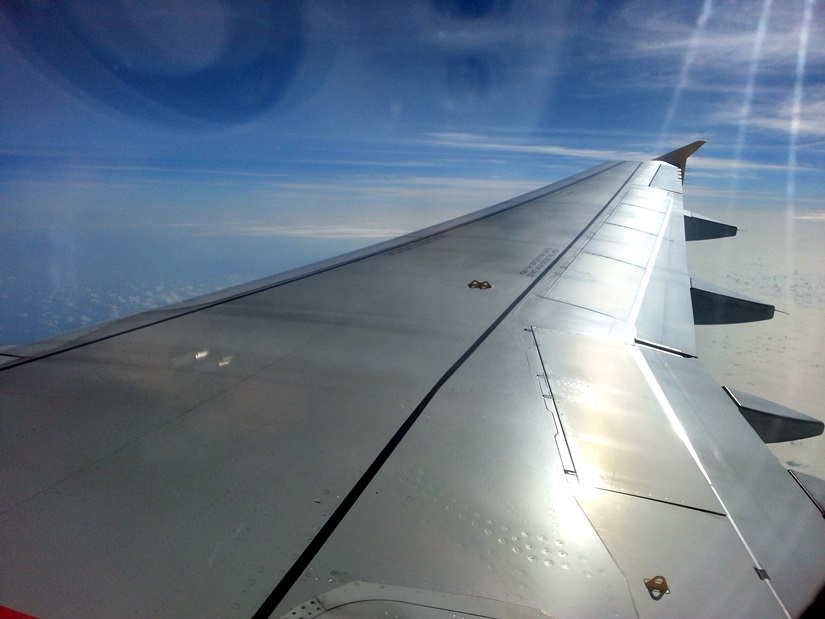 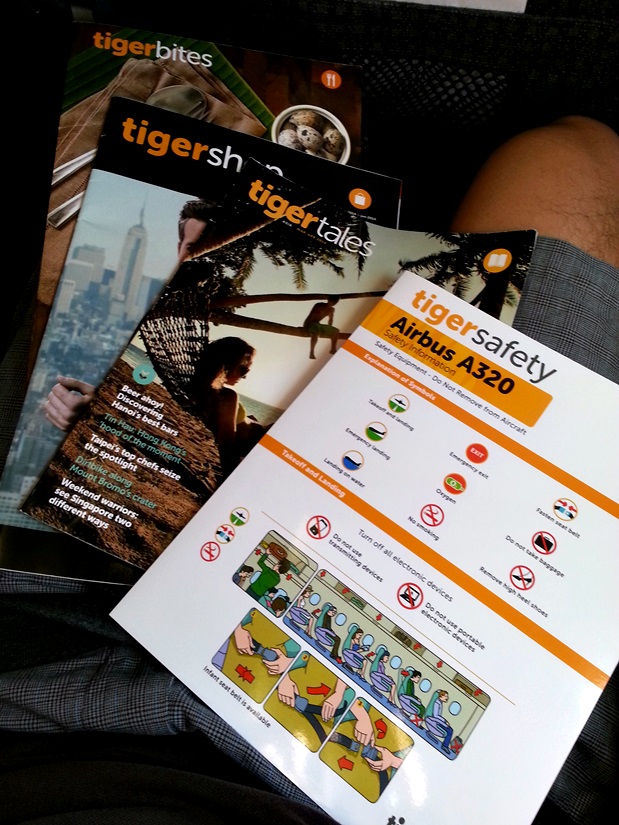 As the prices of the inflight buy-on-board are not too attractive, we did not order anything but just entertained ourselves with our mobile devices and magazines. However, I observed that service by the Tiger crew were rather professional, though not overly friendly. 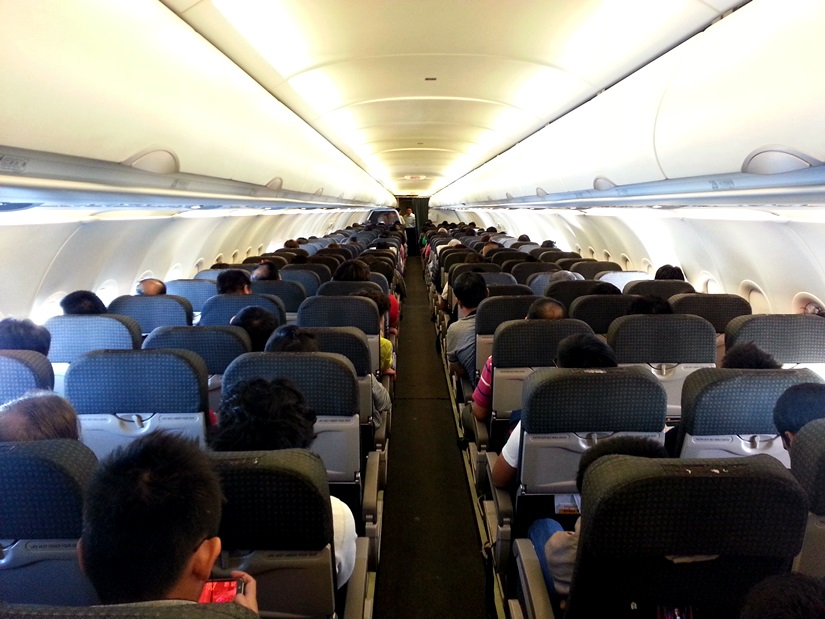 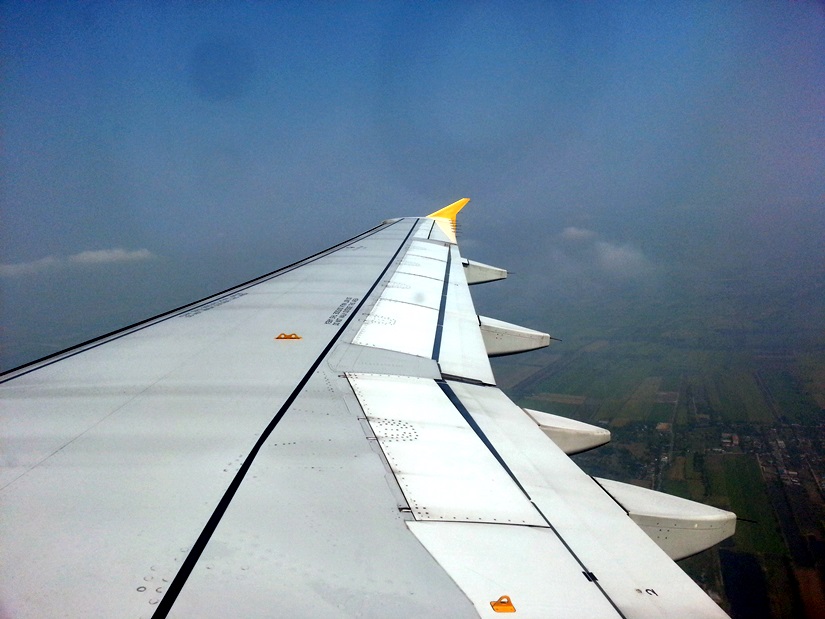 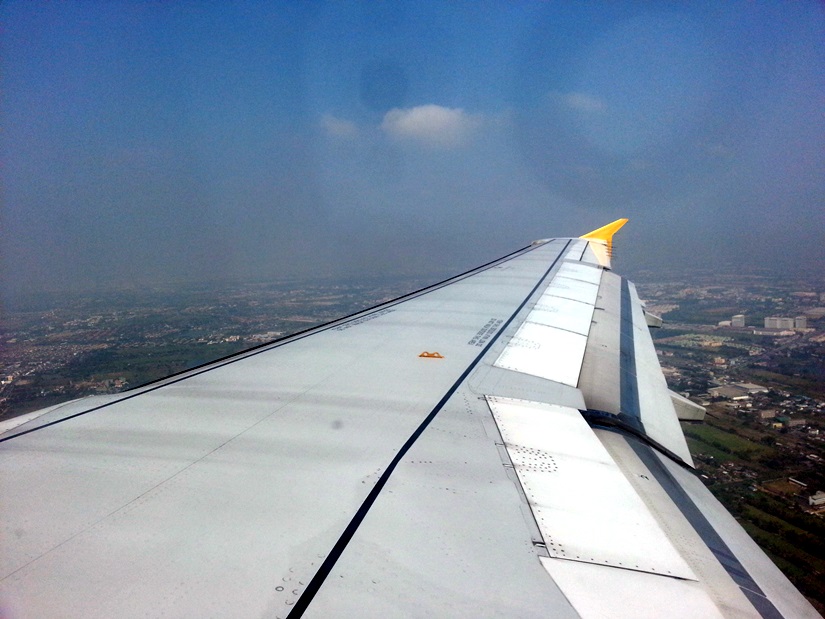 And I had one of my smoothest landing ever on an A320!!


We arrived slightly more than 10min early. Taxiing to the terminal, I noticed that an additional pier was being constructed. 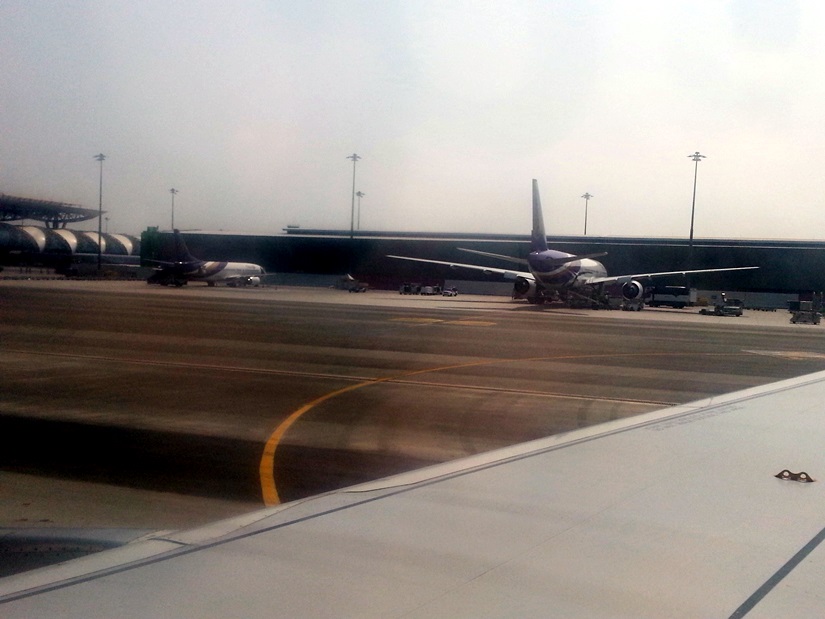 Parked at the best gate of the terminal. Immigration was just right outside the gate! 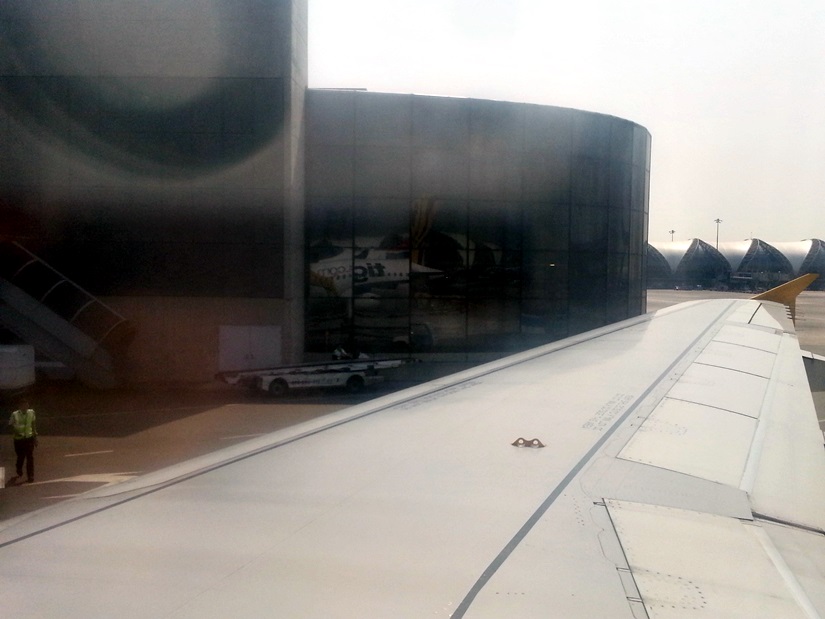 Due to the lack of tourists, immigration was almost deserted! In fact, from disembarking the plane to clearing immigration and customs, it took us just a mere 5 minutes! Never ever had it been so smooth in BKK! Then it was the airport train and BTS to our hotel.

We stayed at Renaissance Bangkok Ratchaprasong at a very low rate of S$120. With the fantastic location, awesome service and room comfort, this has became my new favourite hotel in Bangkok! However, if not for the sale rates, I guess I would not have afforded to stay here. 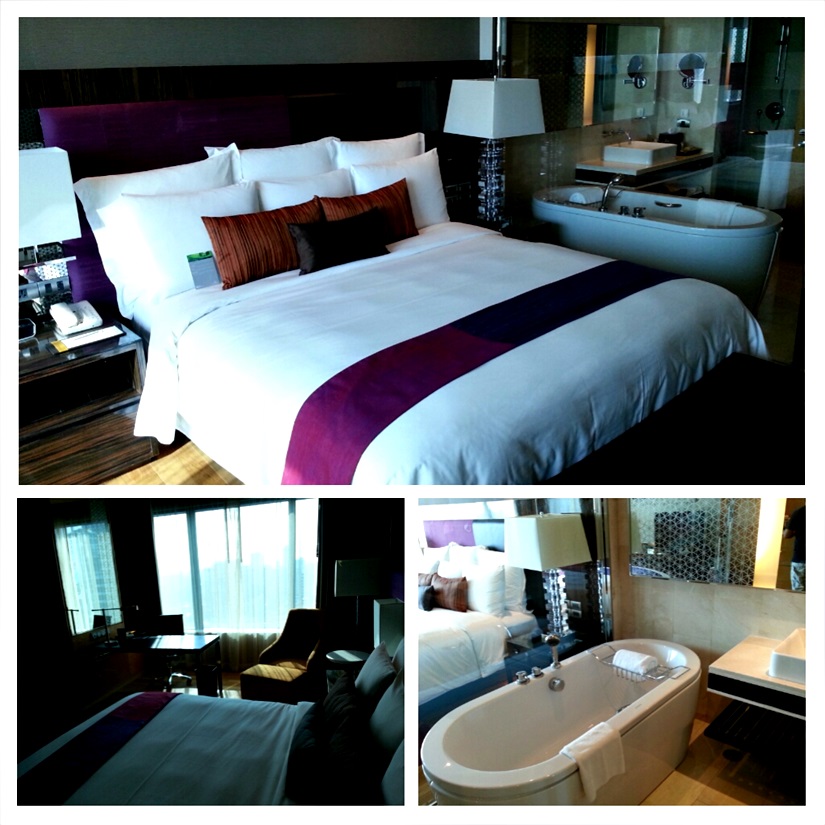 First meal was at a very famous wanton noodle store in Pratunam. It was apparently so famous that it became a must visit for Singaporeans. Surprisingly, being a frequent BKK visitor, I only knew of this stall recently haha. Well, I must say that the noodles do taste old-school. 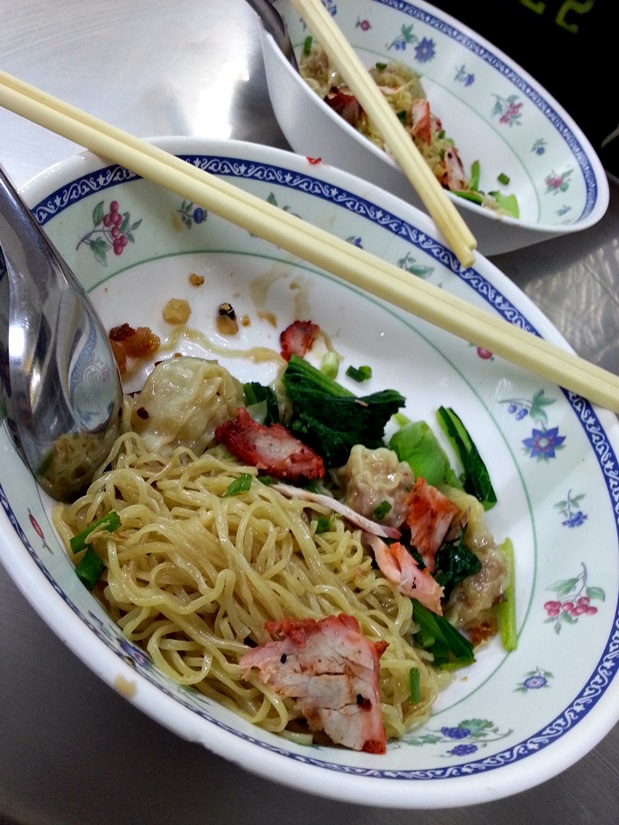 More snackings out of meal times. 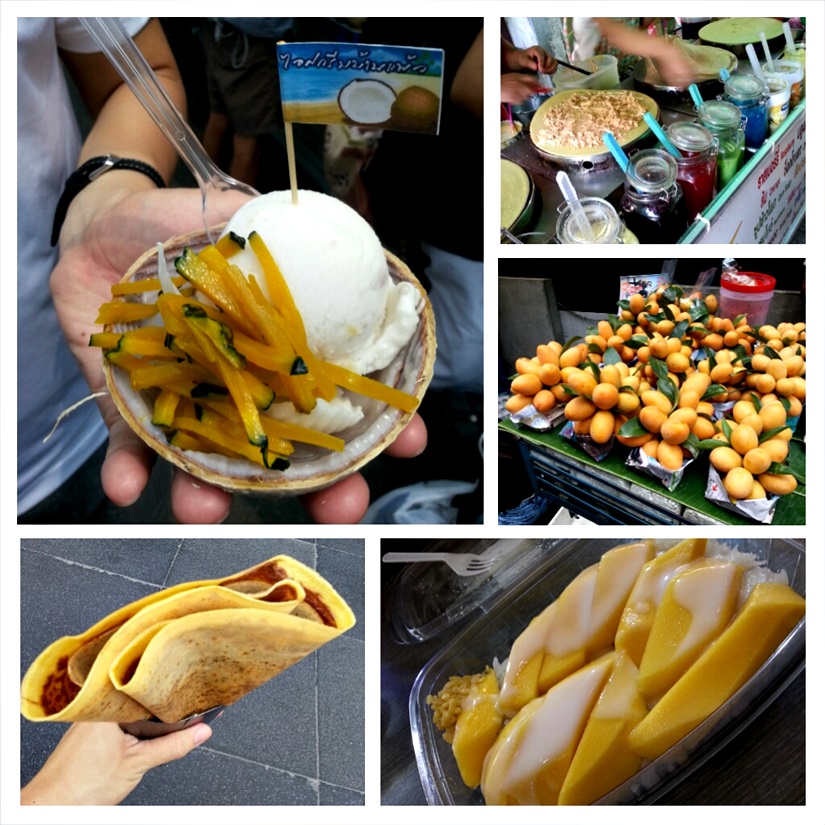 We had Jap cuisine for the first night. 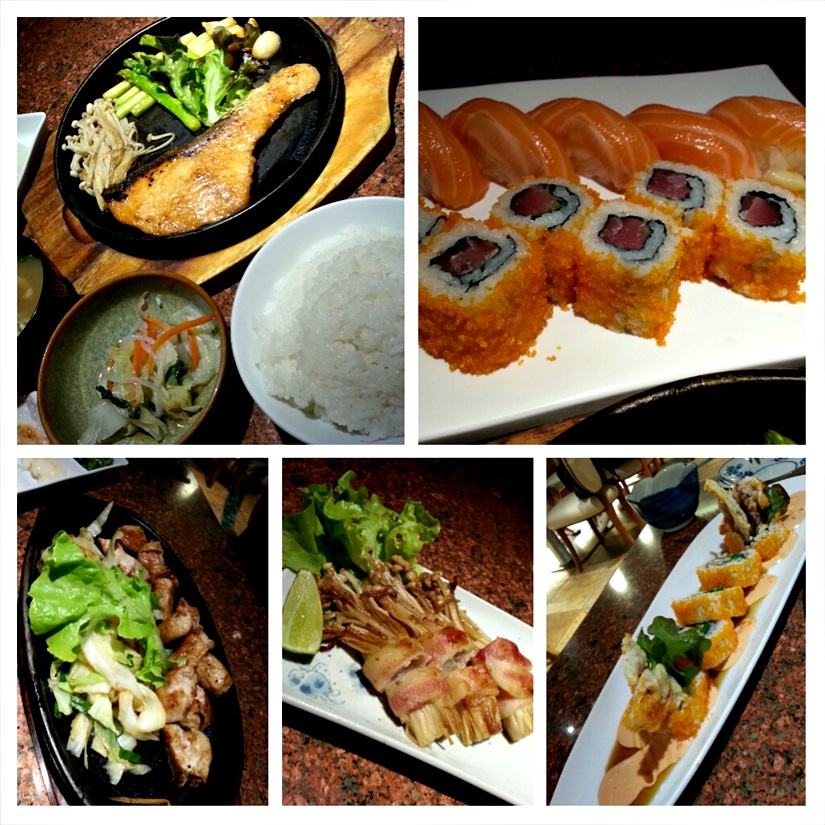 Local thai dishes for lunch on the second day. 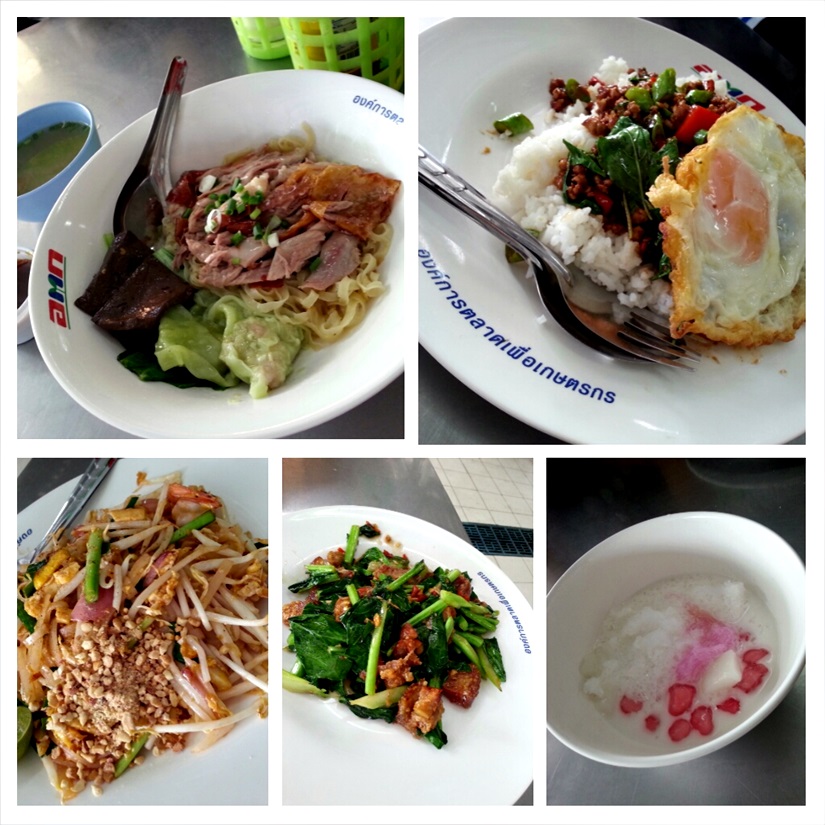 Overall, a reasonably comfortable flight on Tigerair, and the early arrival was definitely a bonus!