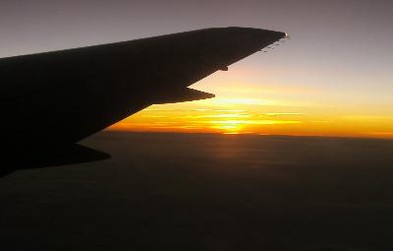 #73 out of 78 Airlines A minimum of 10 flight-reports within the past two years is required to appear in the rankings. 110 reviews

By Chibcha SILVER 3527
Published on 4th April 2014
Hello everyone, been out for a while, but now I'm back with the second part of a retro-trip to Ft. Lauderdale.

FLL greets us with a huge parking building. It's also the car-rental centre.


Terminal 4, the only international capable at FLL thus, AV's place there.


Seating space and a pair of shops and restaurants.


The opposite side is occupied by AV and other carriers, and that's practically it with the landside at T4.

Check in done with and lots of time to waste (and not able to be wasted at the terminal)…it's spotting time!

NK hub in action, silverjets to all of the Caribbean.


I noticed boarding time was nearing, so I moved back to T4 to clear security and to the gate.

The return trip would have a surprise for me. FLL usually saw a type replacement because demand tends to be significant. So.. sometimes the flight would be operated by 757s, but this time there was no A320 nor a 757 waiting at the gate, what I saw was the Colombia es Pasión 767-200. I had never flied on any of AV's 767s so I was very excited, even when it meant not flying with the Airbus' PTV on the way back.

Seats were old school but fairly confortable, pretty decent for the long hauls it was used on (sorry about the blur)


The cabin was so 80s-ish AV had a LCD screen installed…but it sucked at its job.


NK's new livery sucks so much compared to its former.


For contrasting purposes: a sleek A321


An US 737 taking off with Ft.Lauderdale's skyline behind


Interstate 95 is so close to RWY 10L's threshold


Another NK jet will depart after us


Take off allowed for a photo tour of FLL


I was amazed by the 762s takeoff power, it was a full plane and it rotated by the middle of the runway


And now into the Bahamas.


By that time it was time for lunch/dinner… a bit early in my opinion.


I asked for a beer to wash it down. Now here something curious happened, my mum asked for one too. She got a Club Colombia the expensive beer and I got an Aguila, the cheap beer, don't know if this was on purpose or not. I felt somewhat discriminated.

Proposed IFE…one of the lame Twilight movies, fortunately it didn't work so no IFE for the day.


So the actual IFE ended up being the sunset:


Then, two hours of book reading, sleeping and boredom. The crew made itself scarce after dinner was cleared. Overall an uneventful right, if not for the nice 762 sub.
See more

An uneventful flight, but it showed how AV's product is affected by the lack of PTVs on the Airbuses, which in my opinion is AV's biggest asset against CM or LA.

The 762 was a comfortable plane, the crew did its job (albeit with the beer impasse) and the food was ok. IFE was a fiasco, and the flight was on time.

FLL is really boring, here's the catch when comparing it to MIA...you get a more comfortable and convenient airport, especially for international arrivals (sometimes) but also you get a boring airport with nothing to do or eat or buy.

BOG at the time was crying for euthanasia, for international arrivals, especially at AV's PM bank it was appalling.

Thanks for reading, Saludos!

P.S.: I got crisp new FRs from this Easter, so no more retro FRs for the while!

He wrote 94 reviews about 31 airlines and 51 airports.