By TerryYong 4265
Published on 26th April 2014
Over the recent Good Friday and Easter long weekend, me and 5 other friends went on a Bali villa-getaway. Anticipating very high ticket prices during this holiday period, we booked our tickets way in advance in Dec last year. Our flights would be a combination of Indonesia Air Asia up to Bali on the late evening of 17th, returning on the evening of 20th on KLM. Total ticket cost was S$290 per person, which was very reasonable priced for this period! Also, the flight timings ensured we did not need to take time off work!

Check-in was done online a few days before departure date, and we only need to perform document verification at the AirAsia check-in desks an hour before departure. Counters were rather empty, as I guessed we were one of the last few to check in. The flight turned out to be totally full as expected. 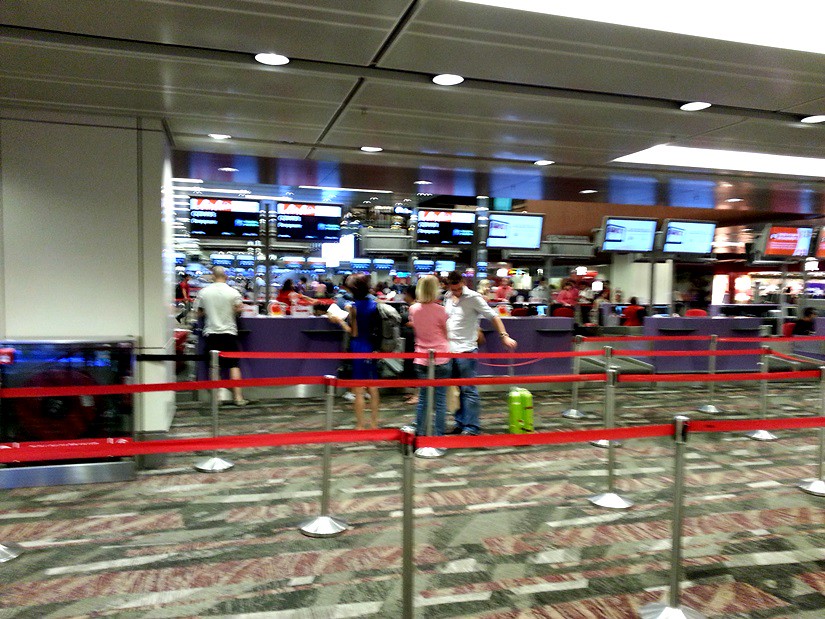 Aircraft had arrived early and boarding was already underway when we reached the gate at D35. Caught a view of our A320 just before boarding. 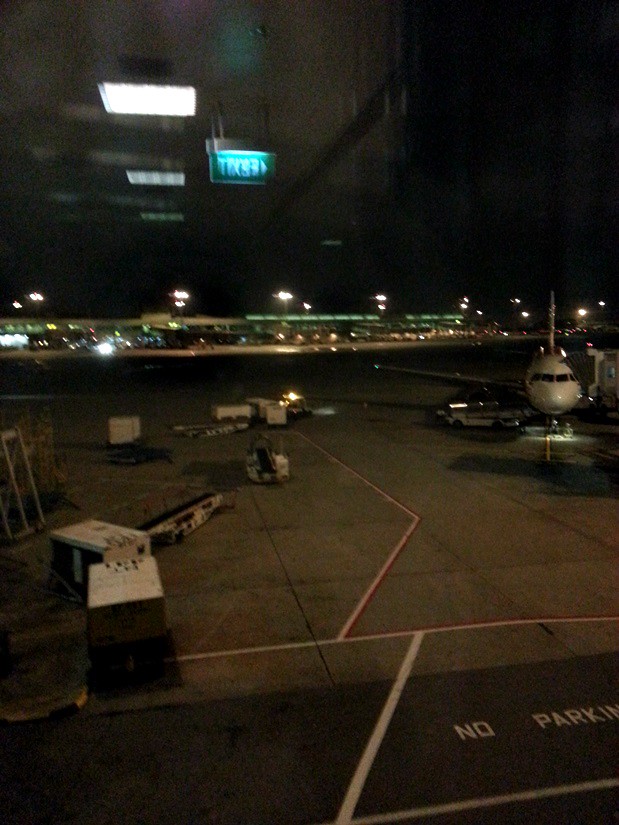 Welcomed onboard by the very friendly purser at the door and located our seats at rows 20 and 21 D/E/F. Seat pitch, as expected, was tight, but not as bad as in the last few rows of the plane. 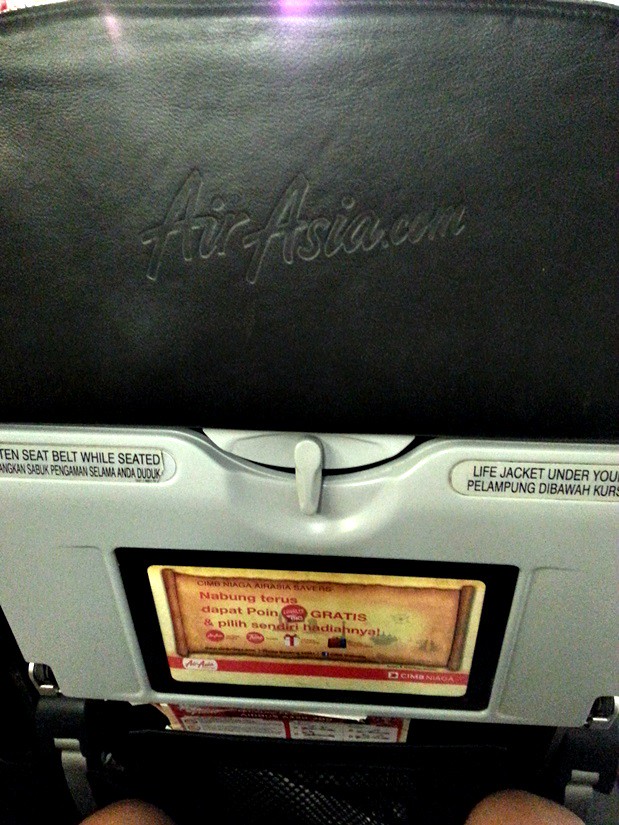 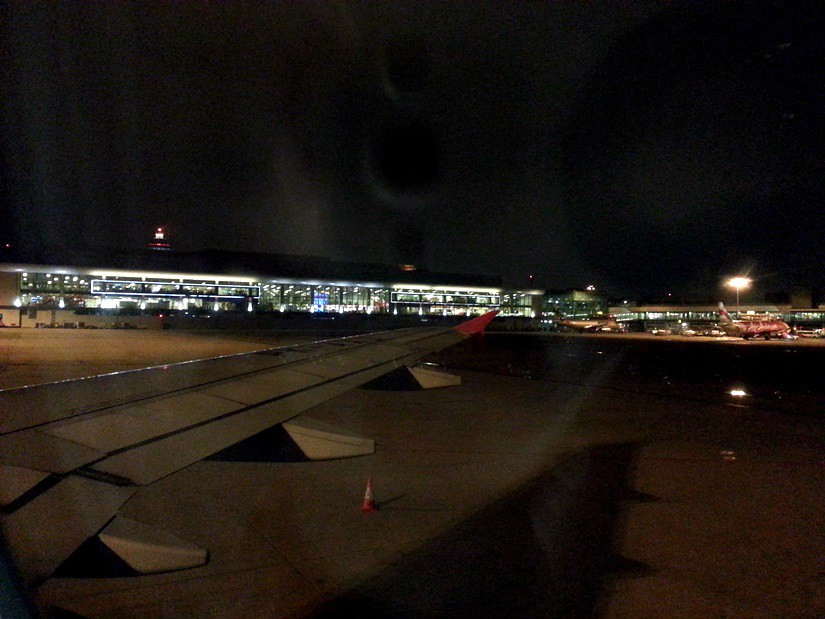 Inflight mags. Unfortunately, only the Indonesian version of the AirAsia inflight mag was available. 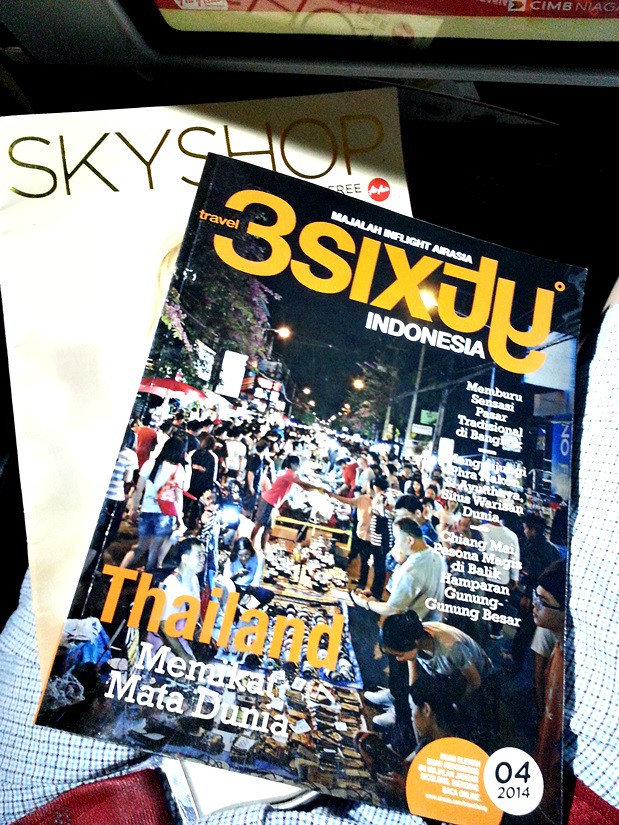 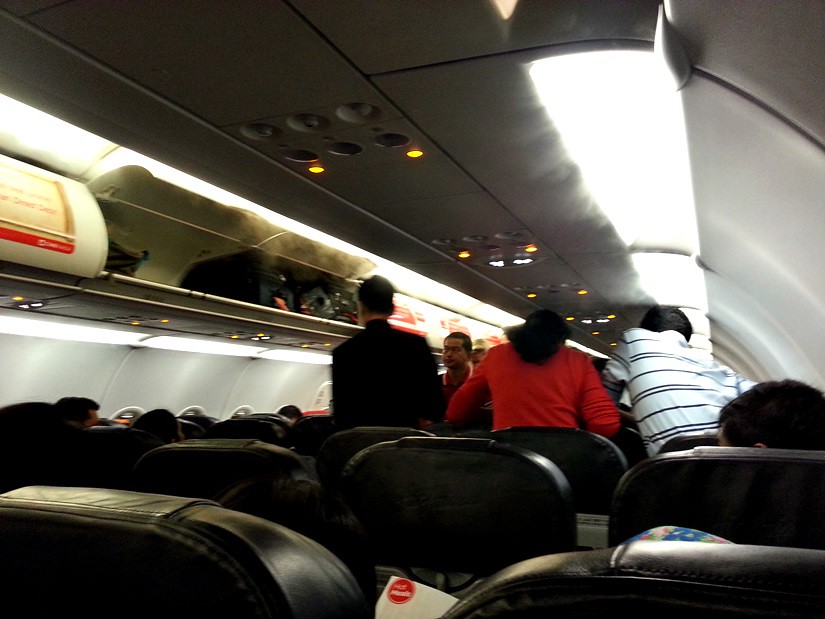 Doors were closed right on time and we were pushed back for departure, with the safety demo performed manually. Flight time would be about 2hr20m. Taxied to Rwy20C, where we held for takeoff beside a Jetstar A330. 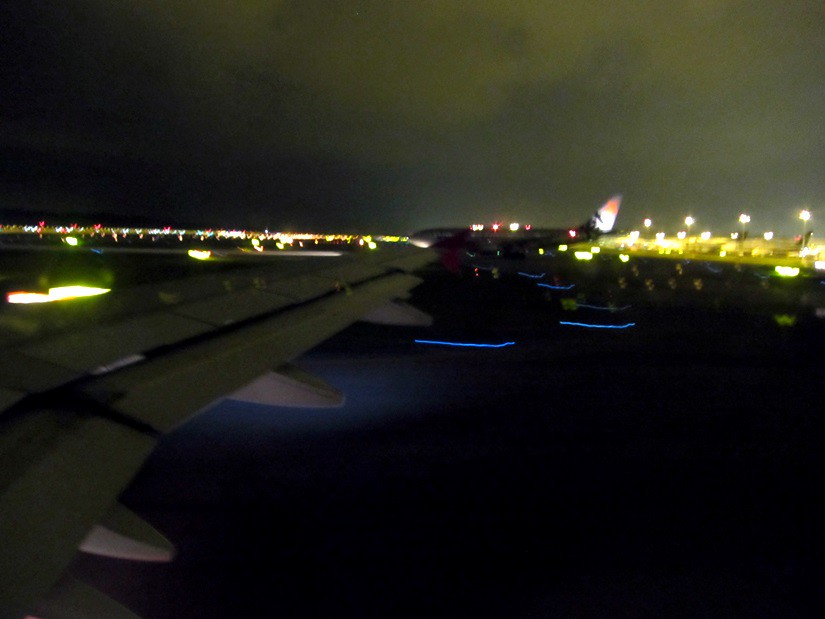 
After seatbelt signs were turned off, immigration forms were issued followed by the distribution of pre-ordered meals and buy-on-board service. The crew on this flight were all very friendly and professional, even though they would be serving a totally full flight. Their service felt totally just like any other Asian full-service carrier! 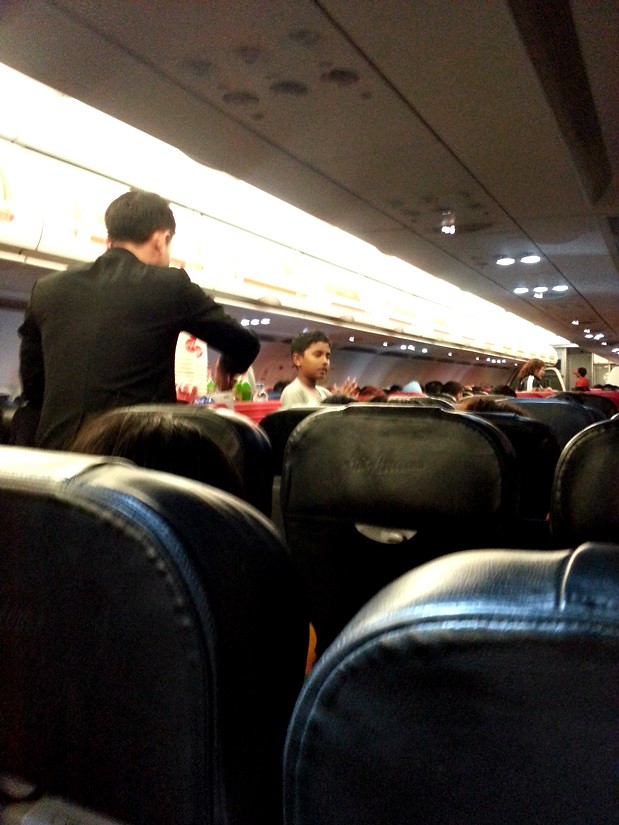 I had pre-ordered a Nasi Minyak Palembang for S$5, which came with a cup of water. This dish is only available on QZ-coded AirAsia flights. 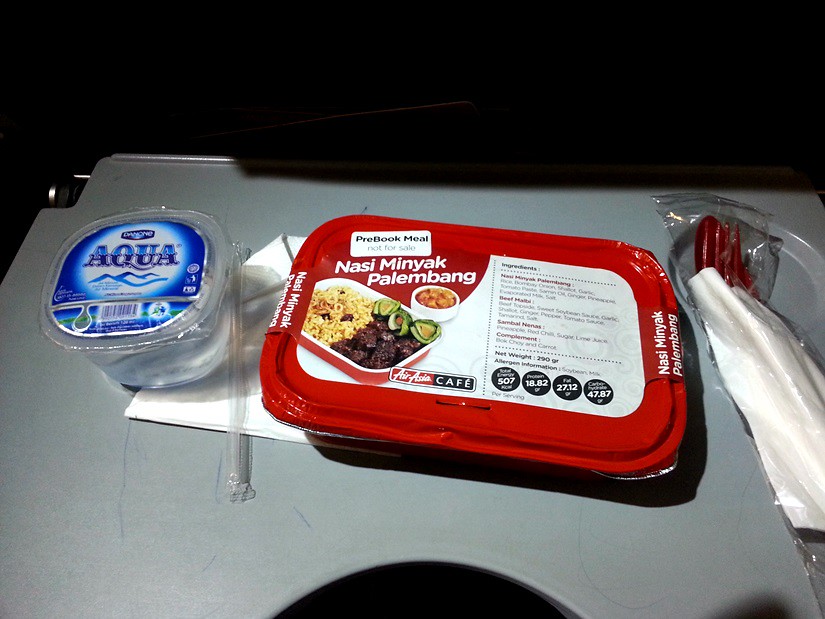 As with most other AirAsia onboard meals, this meal was piping hot and delicious. Beef cubes were tender and rice was fragrant. Vegetables were also not overcooked. 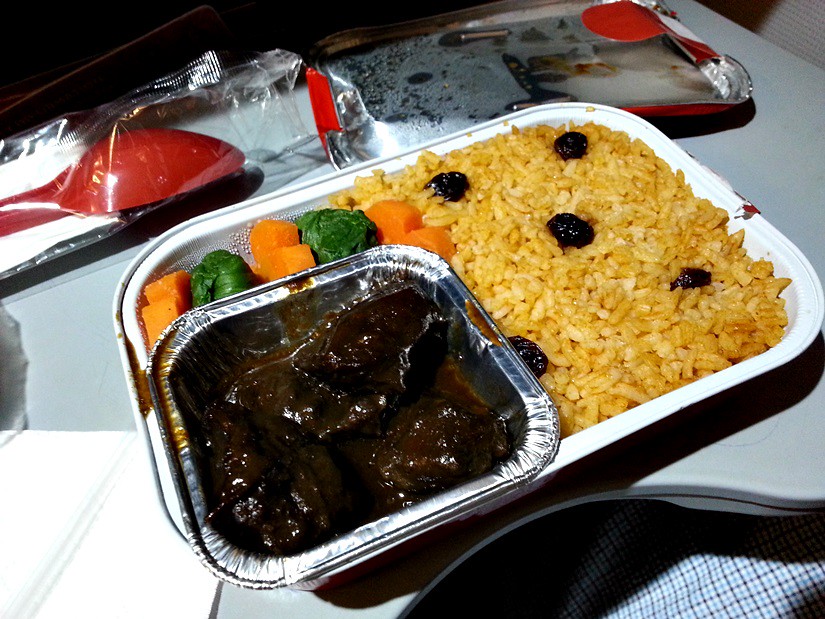 Other buy-on-board meals, snacks and drinks are also very reasonable priced and not much different (or even cheaper) than what you would pay in the airport terminal.

After meal service was completed and trash cleared, cabin lights were dimmed for the rest of the flight. However, the crew still responded immediately to any requests. Rather impressive service I must admit. 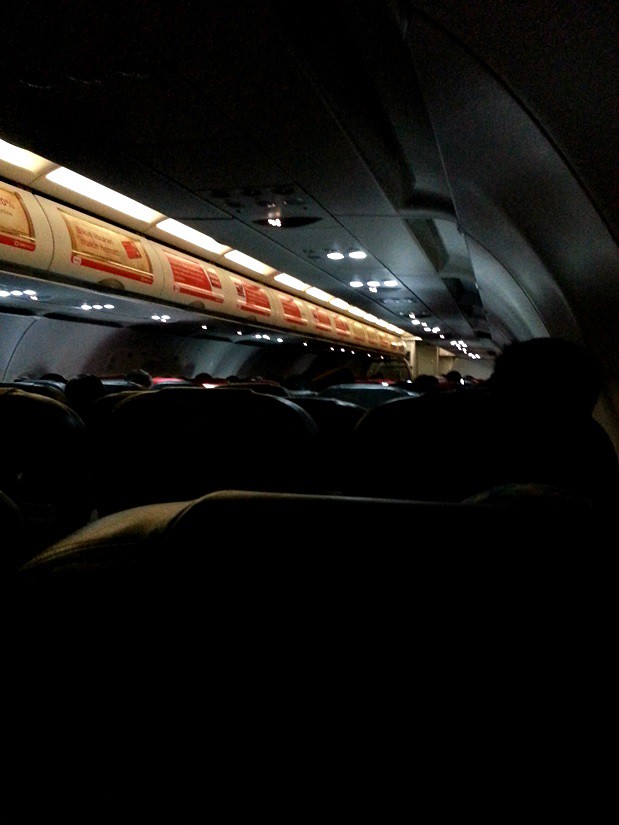 Flying past Surabaya, I think. We were cruising at 35000ft. 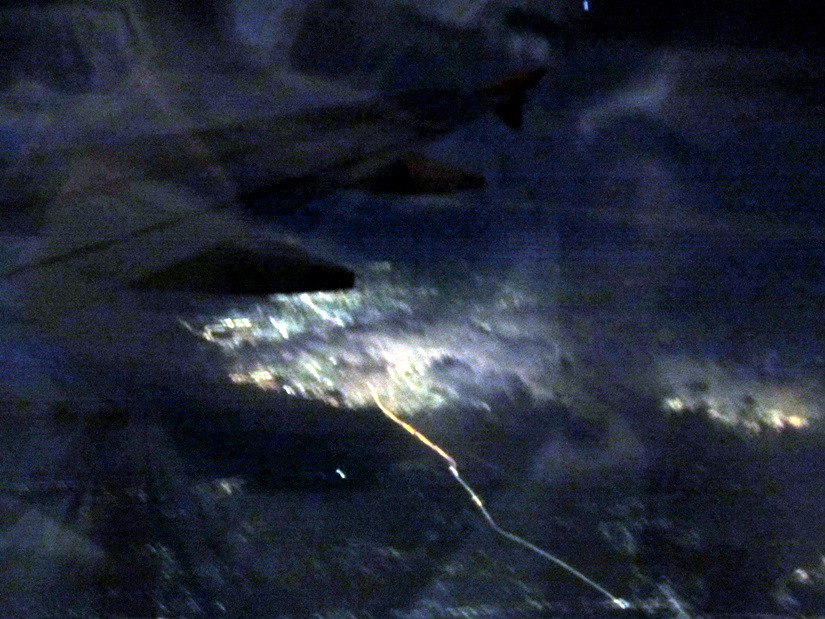 Shortly after passing Surabaya, the pilot announced our descent and cabin was prepared for landing. We flew over Bali while descending. 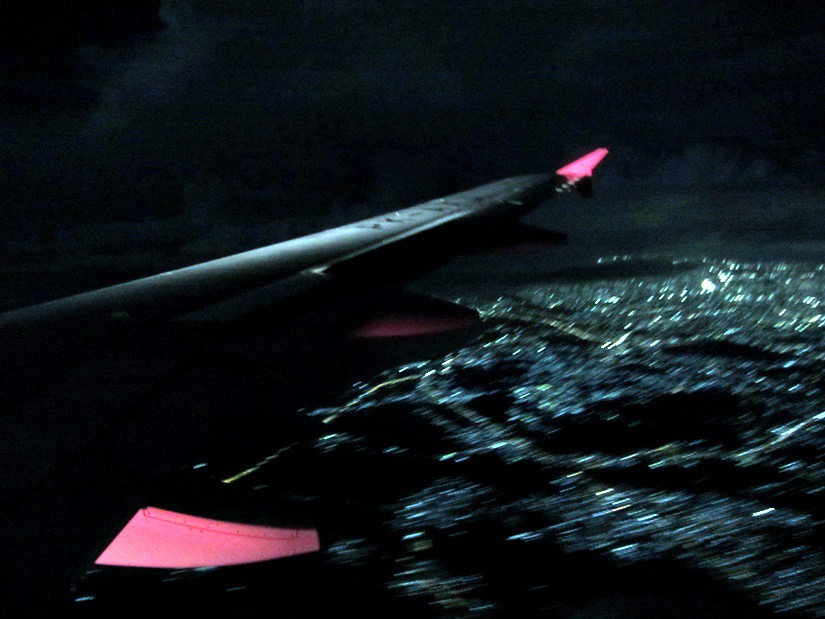 Flew out to sea before making a turn back for final approach to Rwy27. Flaps and gears down. 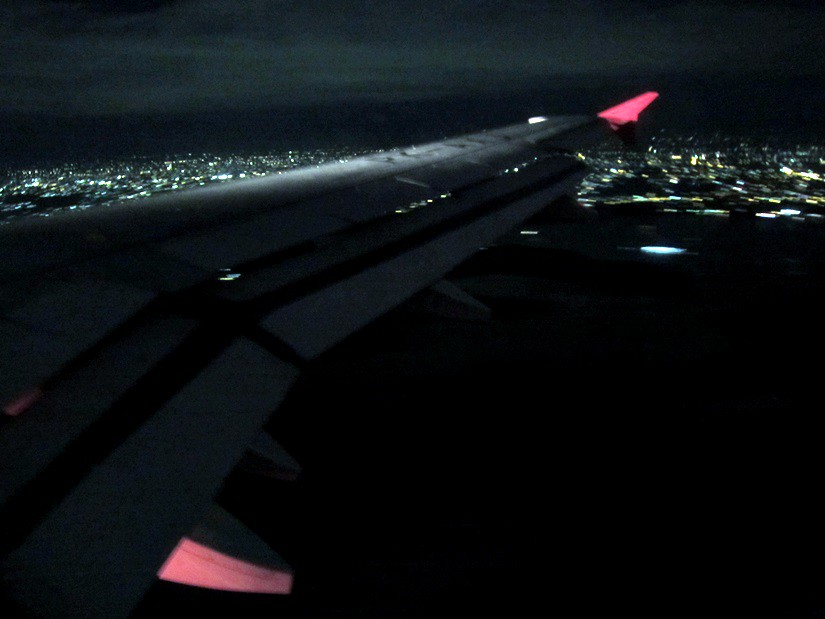 
Parked at Bali's new international terminal. We were beside a Jetstar B787! 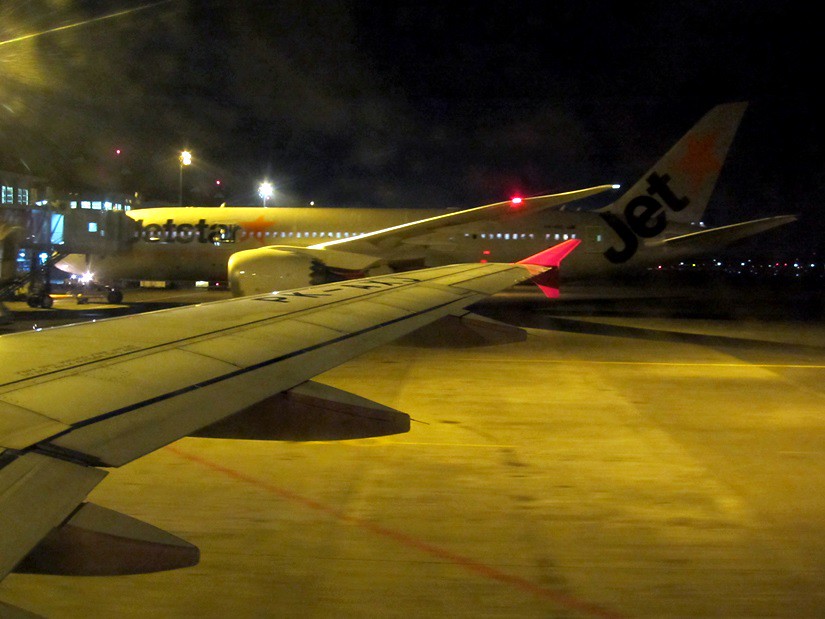 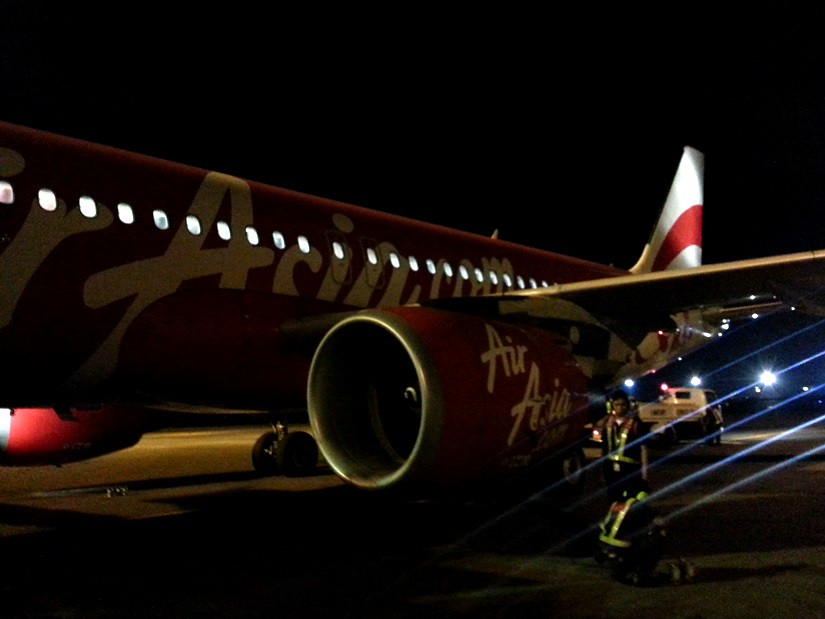 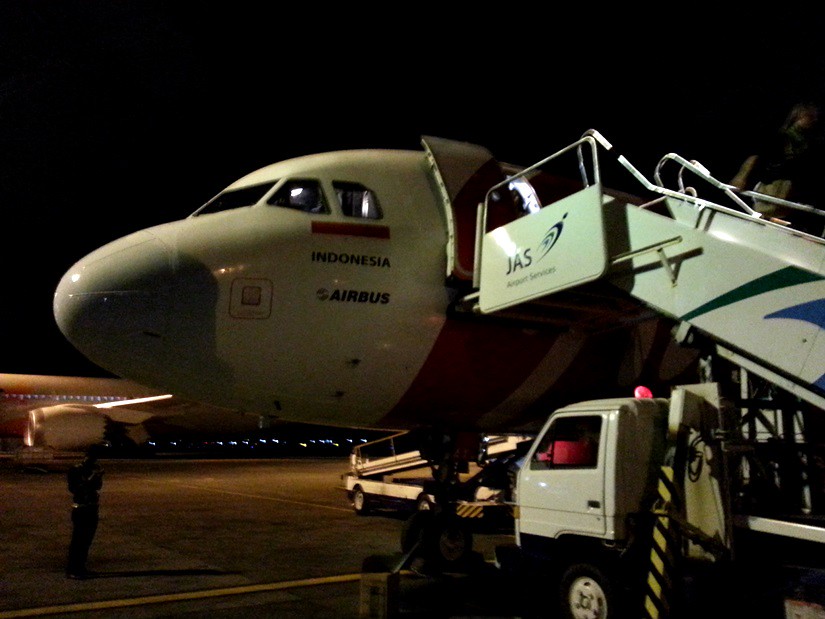 There was only a short wait at immigration as there were no arrivals before us. Our driver was already waiting for us at the arrival hall and he was amazed we had cleared immigration and customs so rapidly as the day before, he had picked up passengers on the same flight who had waited almost an hour for immigration due to many flight arrivals. Lucky us!

It was only a 15min ride late in the evening to our 3-room villa in Seminyak, Villa Narandha. 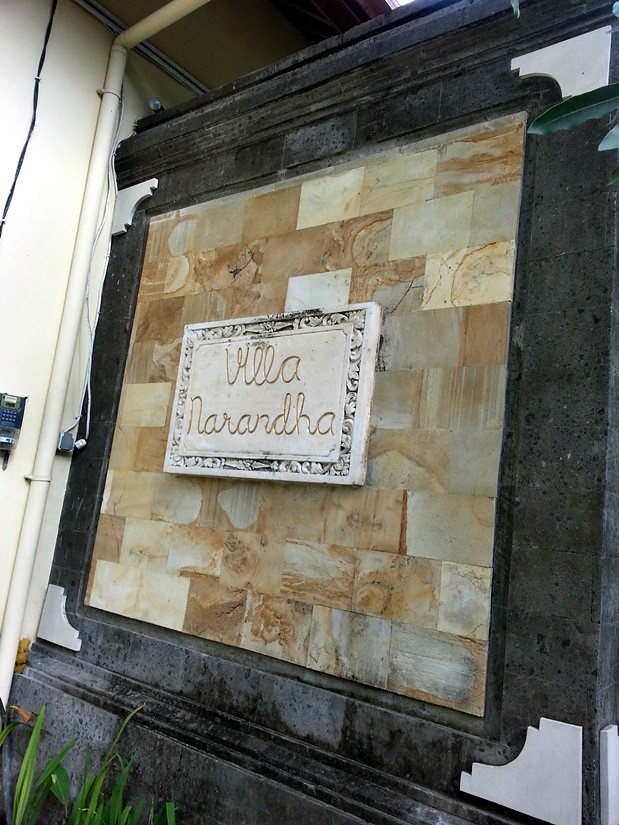 Entrance to our villa. 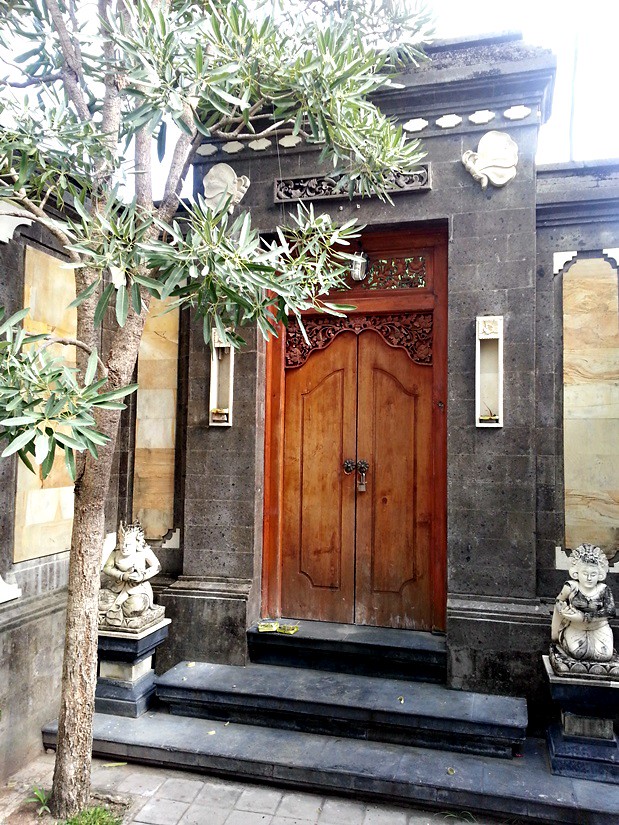 Our own private pool! 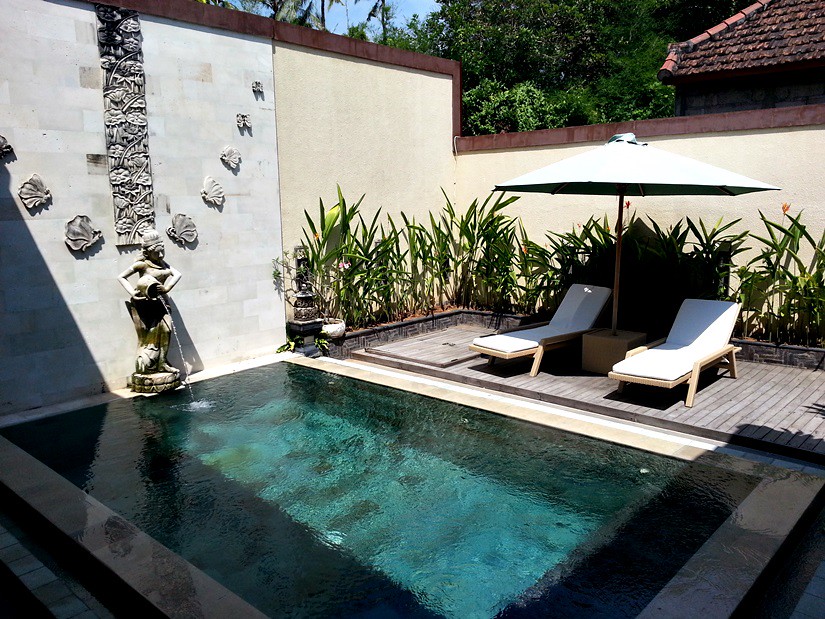 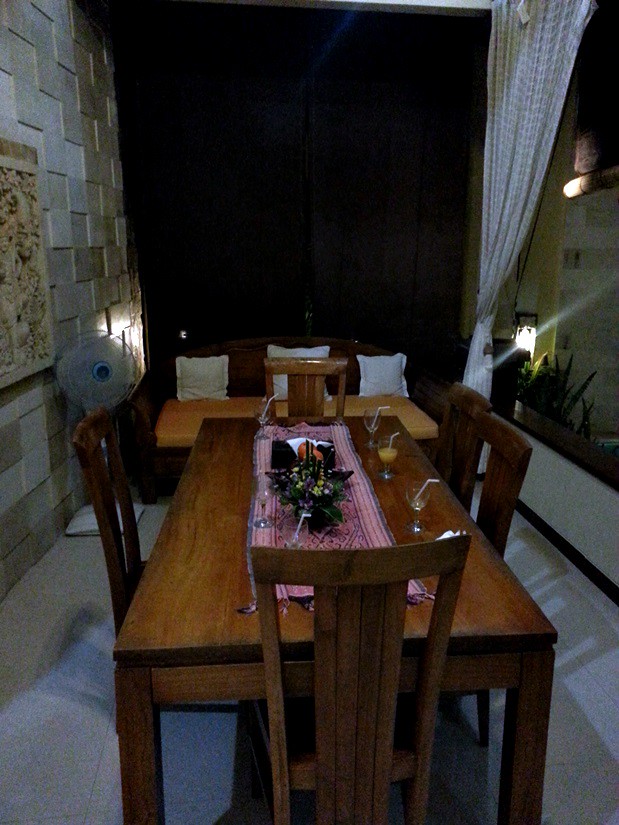 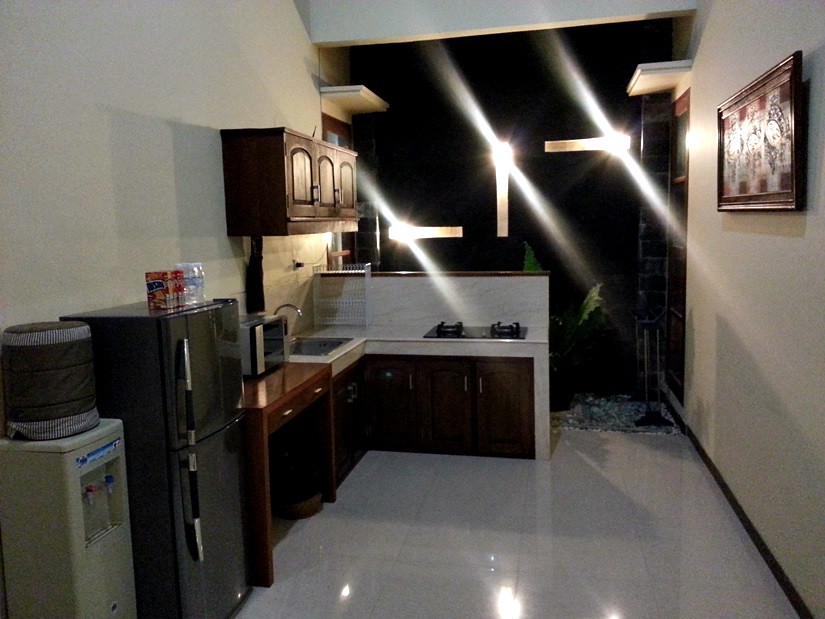 One of the three rooms in the villa, which were rather identical. 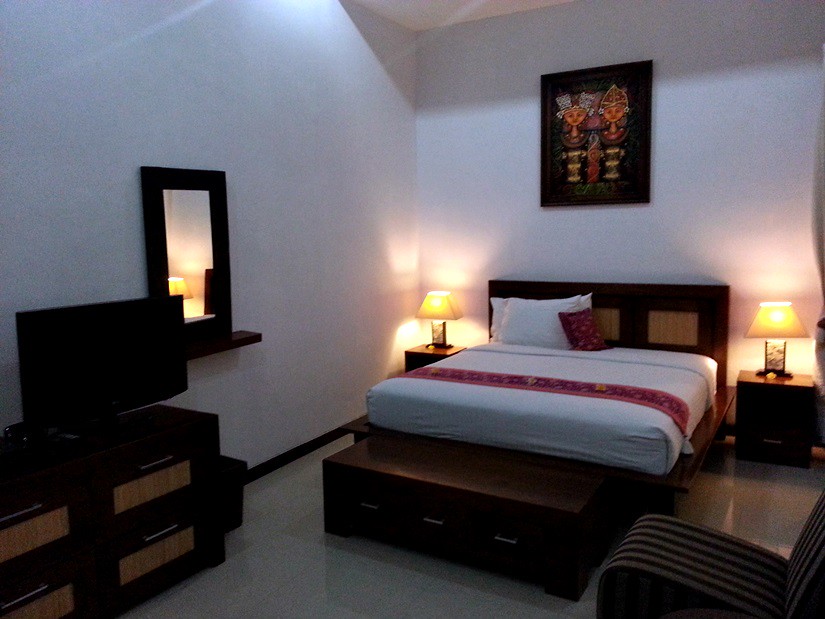 And all rooms came with massive bathrooms! 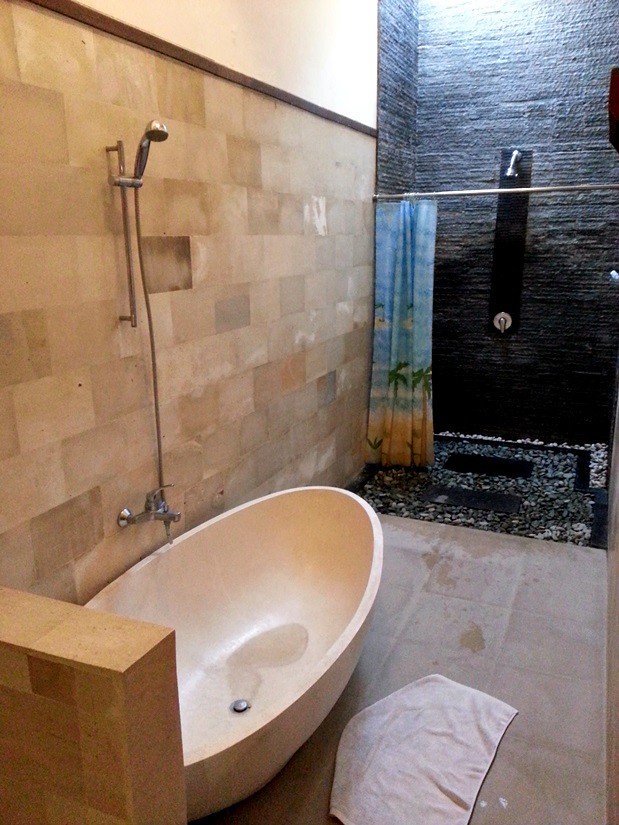 Breakfast by the pool 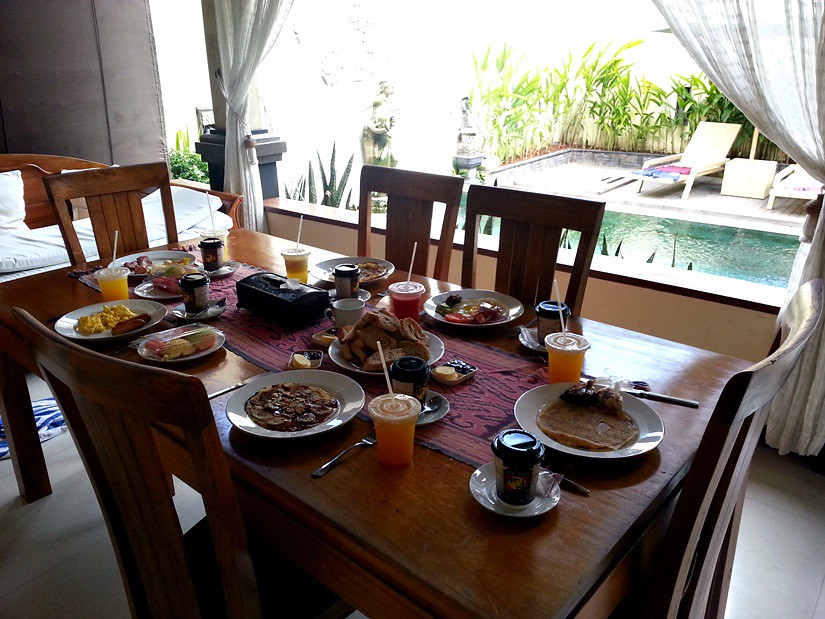 Some of the food we had in Bali. 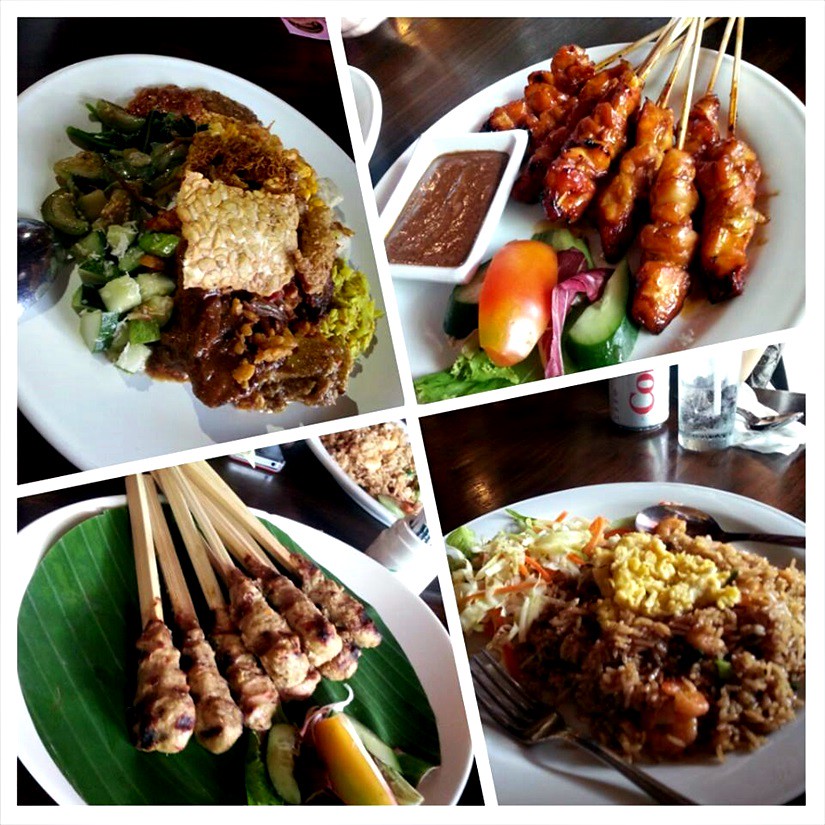 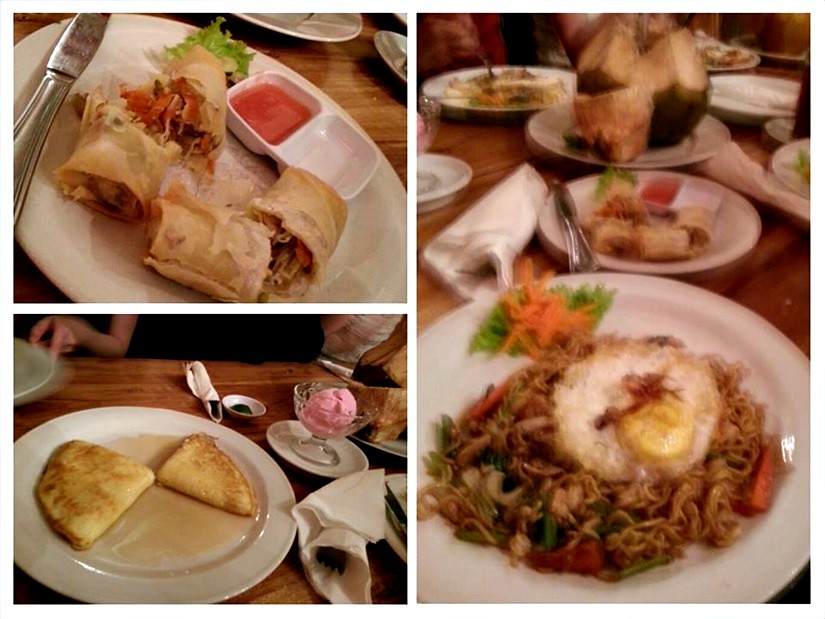 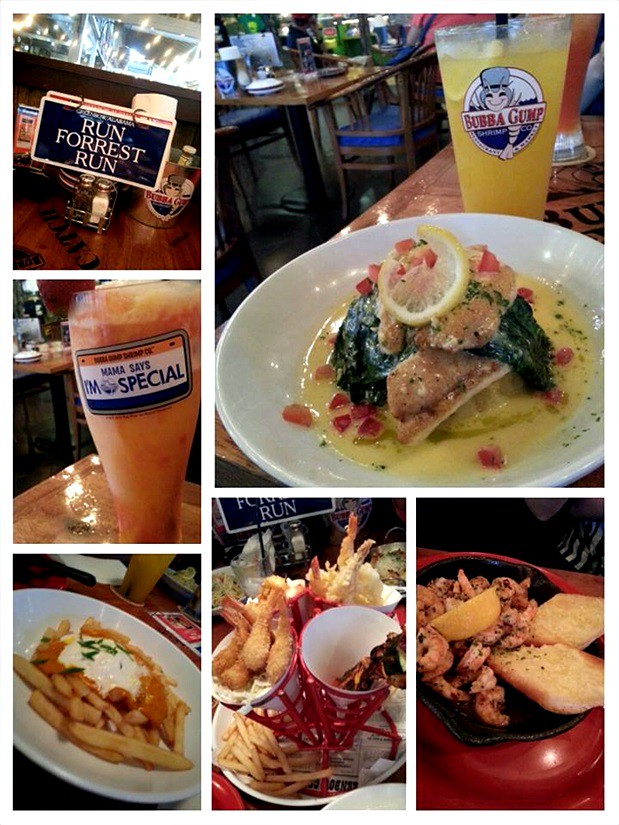 And the classic A&W Float! 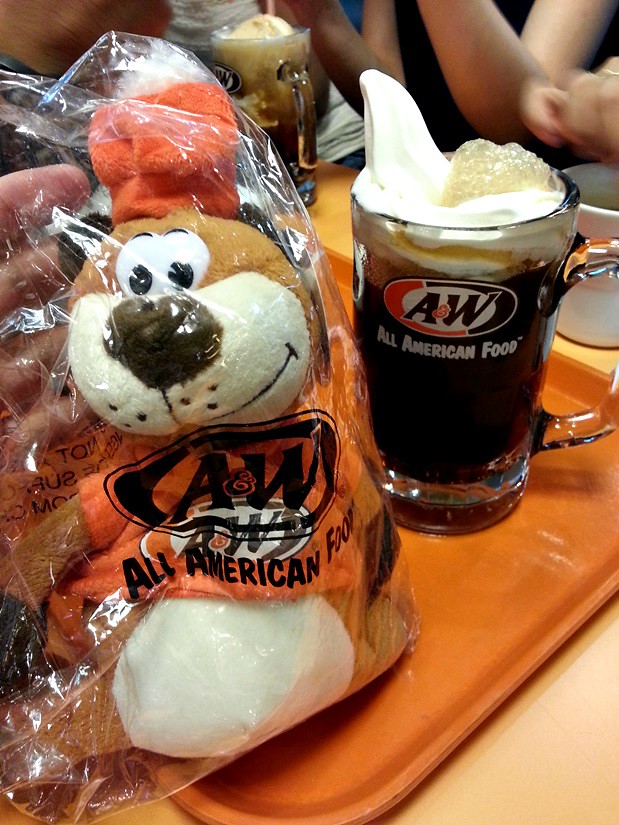 Indonesia Air Asia had performed very well on this sector. Even with the full flight, the crew remained very professional and friendly throughout the flight. Arrival was earlier than scheduled and buy-on-board meals were tasty and affordable. What more can you ask for on a budget airline.

The contributors of Flight-Report published 35 reviews of 8 airlines on the route Singapore (SIN) → Denpasar (DPS).