By TerryYong 2291
Published on 18th October 2014
Some of the food we had. Dinner on first night at a small Chinese restaurant. Prices were reasonable but definitely not the cheapest compared to other Malaysian towns or cities. 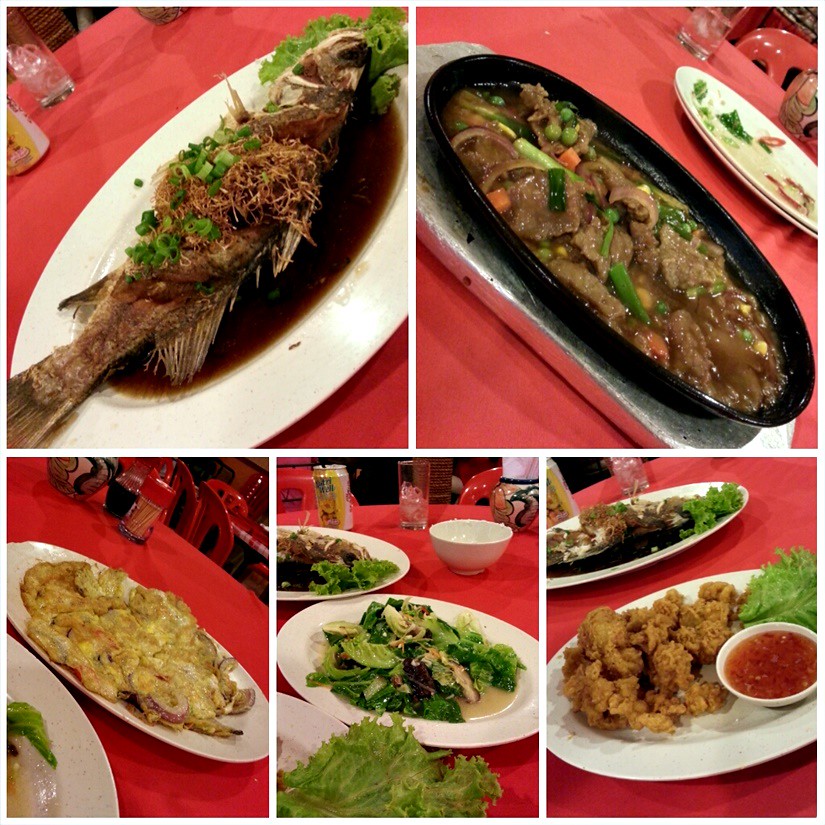 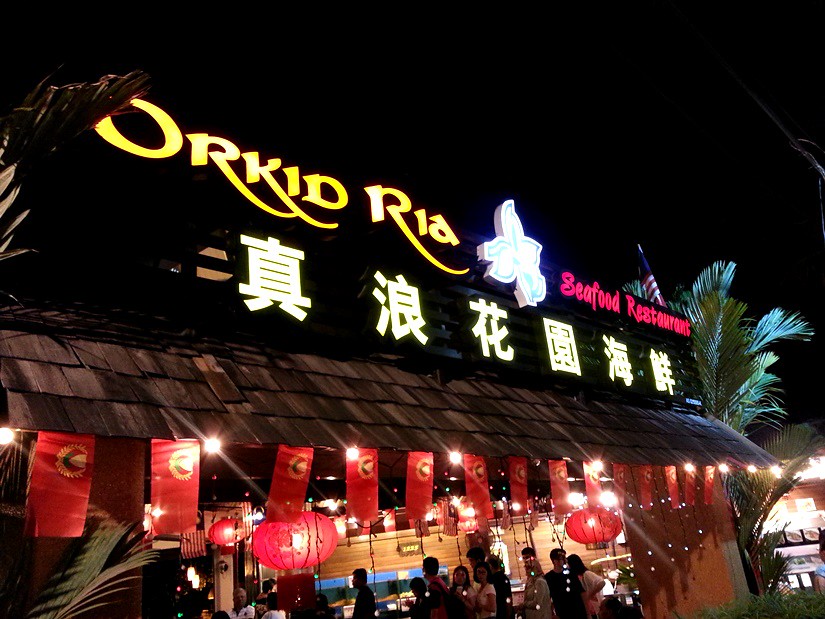 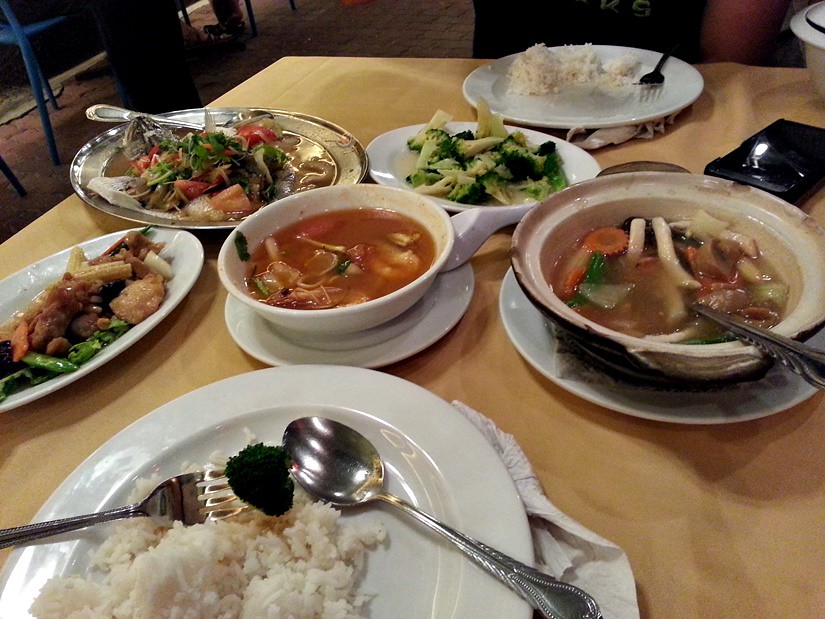 And Secret Recipe cakes for dessert, at half the price of Singapore's outlets! 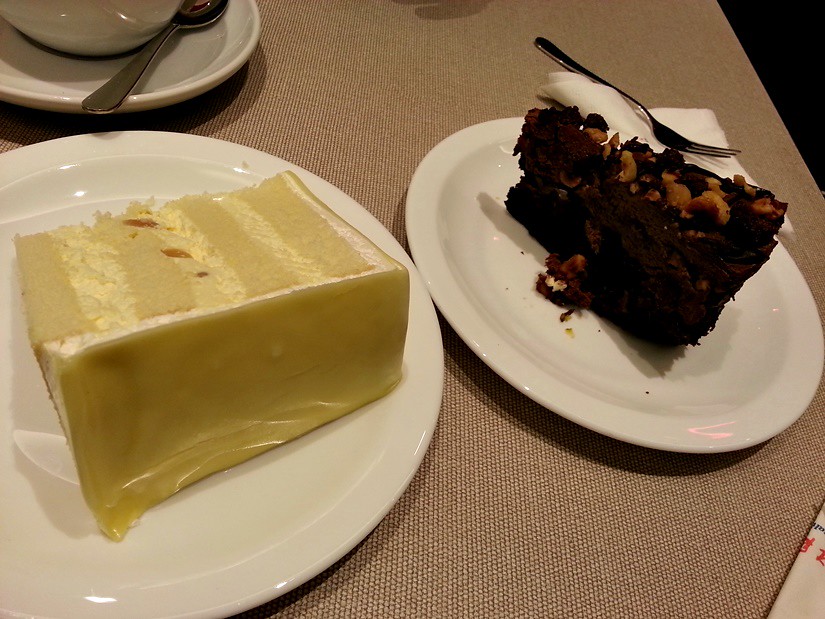 On the last day, the sun was finally out. Rushed to the beach after breakfast to have a tan prior to checking out at noon. 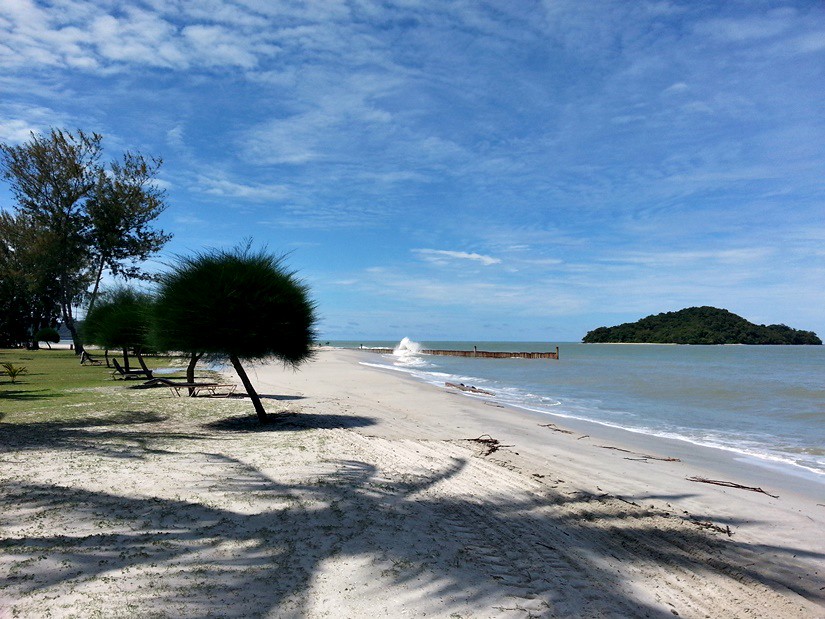 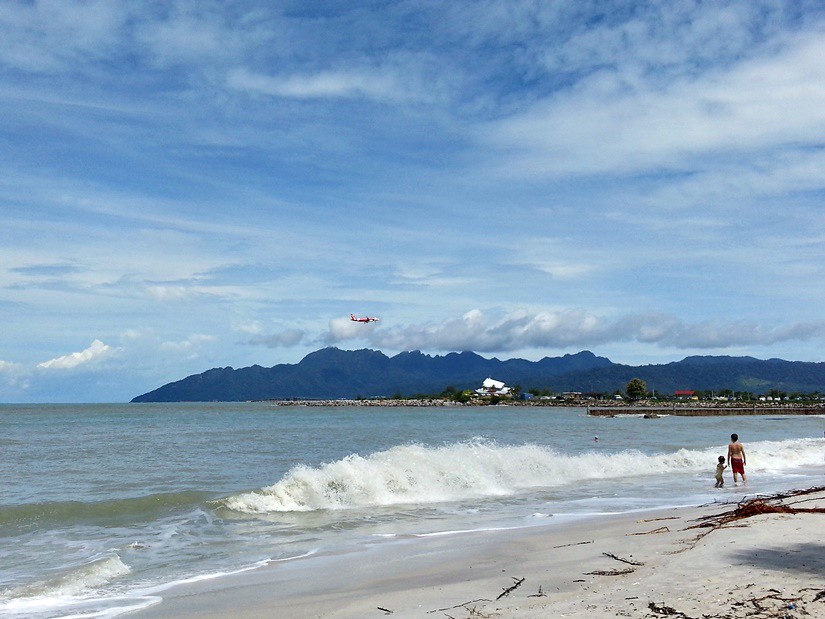 After checking out and grabbing a foot massage in town, we left for the airport (another RM20 for a 10min taxi ride), reaching the terminal about 1h45m prior to departure. The terminal totally reminded me of Kota Kinabalu Terminal 2 which Air Asia uses. Almost similar in interior! We checked in at Tiger's desks, with surprisingly short queue even though the flight was almost full. 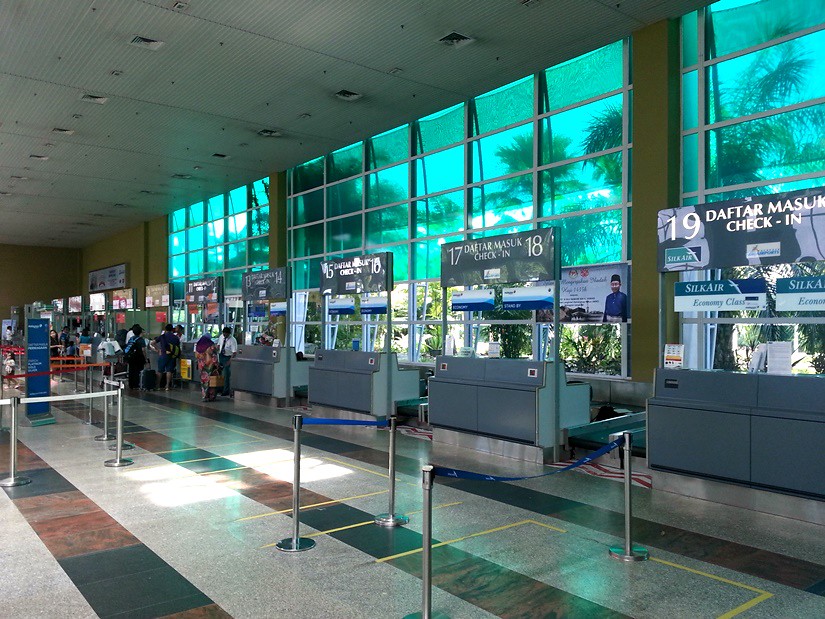 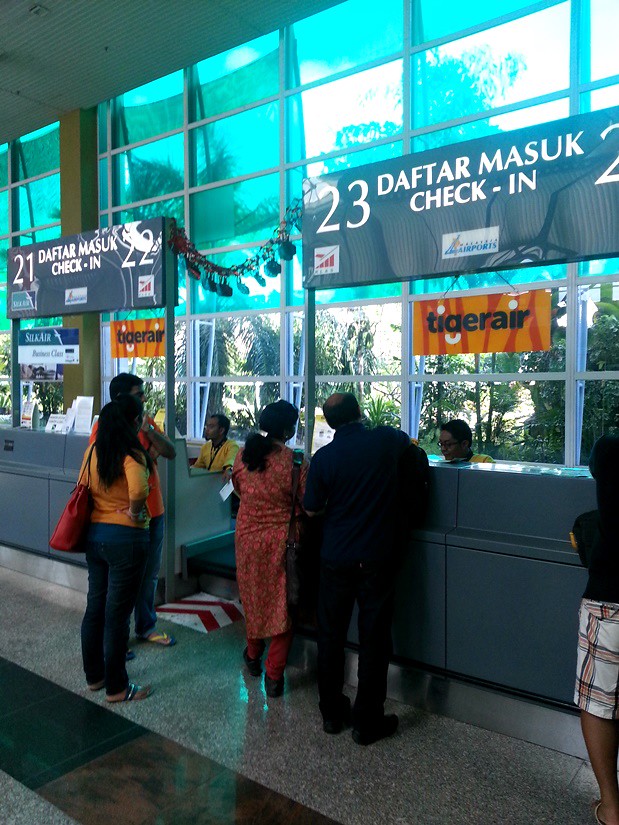 After grabbing some bites, we headed through immigration and security to the departure gate. The International departures area was segregated from domestic departure by a glass barrier. It reminded me of the old LCCT terminal in KL. 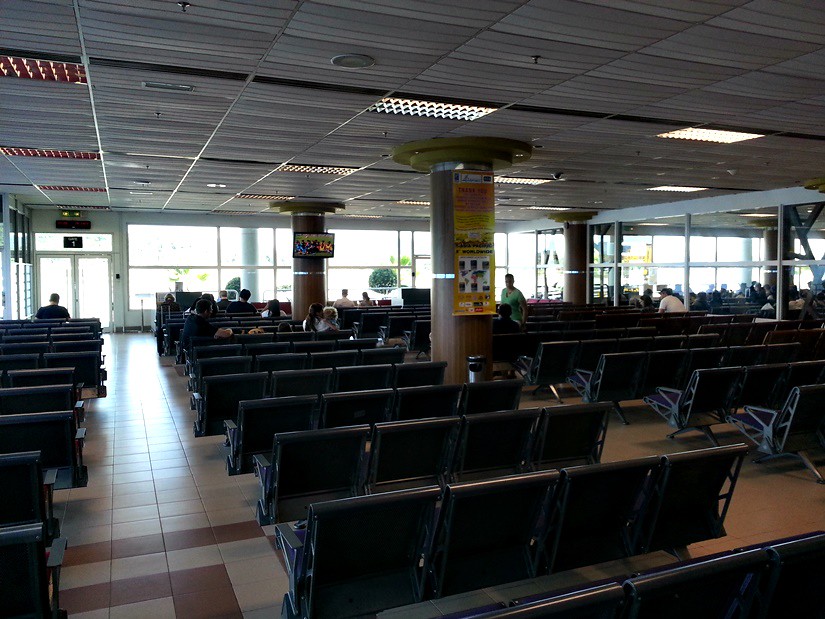 The sole shop/café in the departure area where I bought a bottle of water (RM2 a bottle) for the flight to avoid the absurd cost of water (S$4 = RM10 a bottle) onboard the flight. There was also a tiny Plaza Premium Lounge, but was totally empty. Guess mainly only used by Silkair's premium pax since there are hardly other international full-service carriers to LGK. 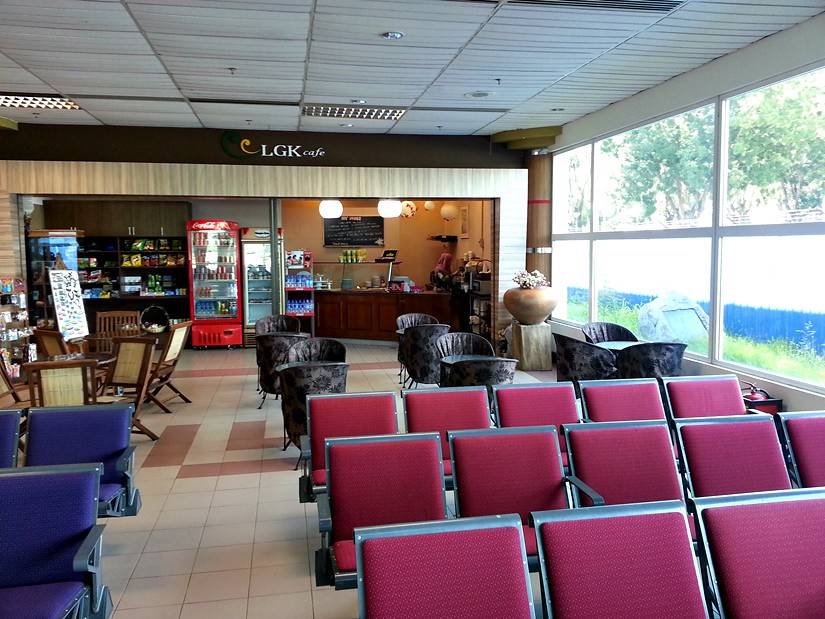 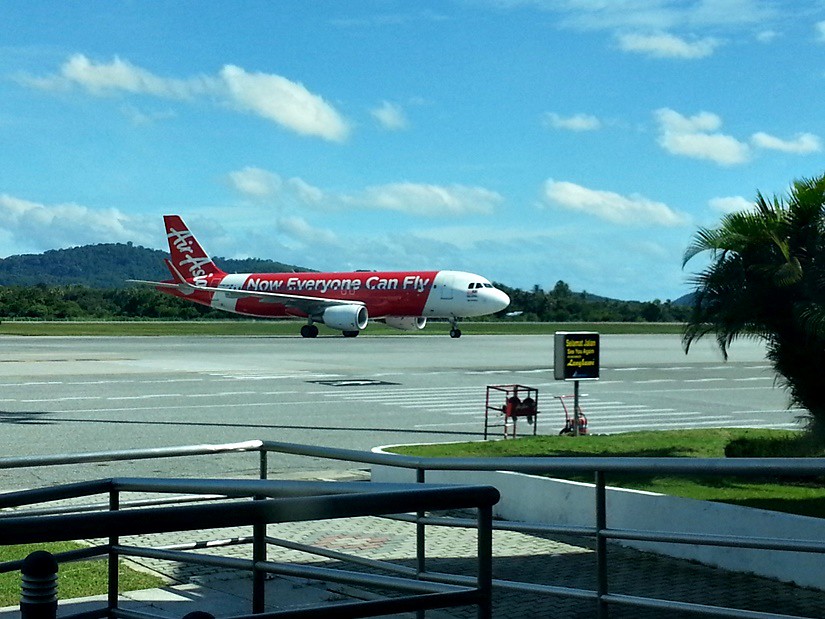 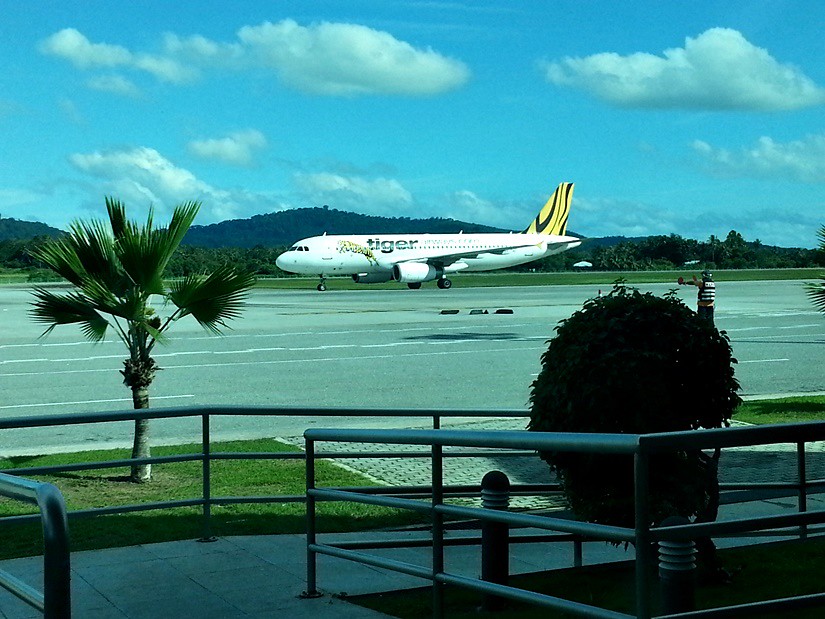 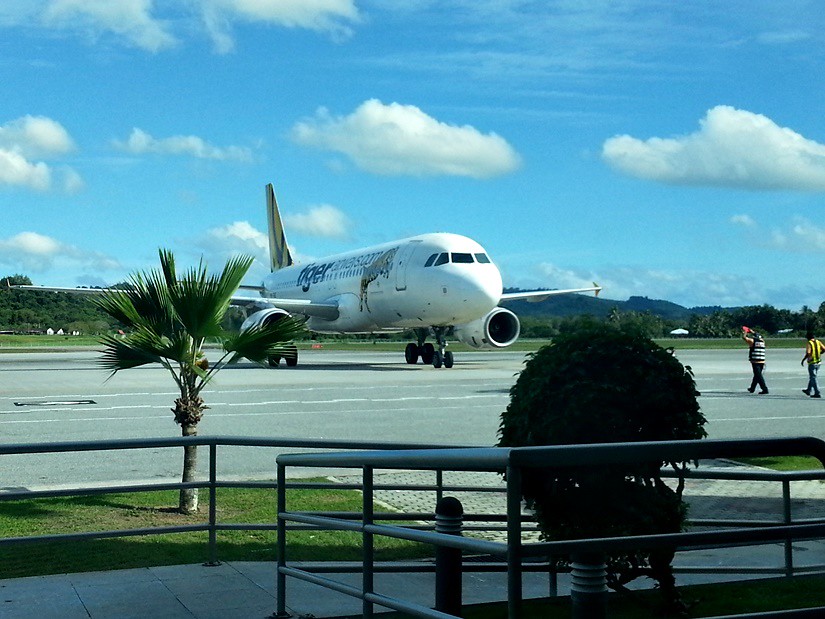 After a quick turnaround, boarding was called and with our Board-me-first privilege with my NTUC member card during booking, we get to board ahead of the rest. Walked out onto the tarmac towards our plane. 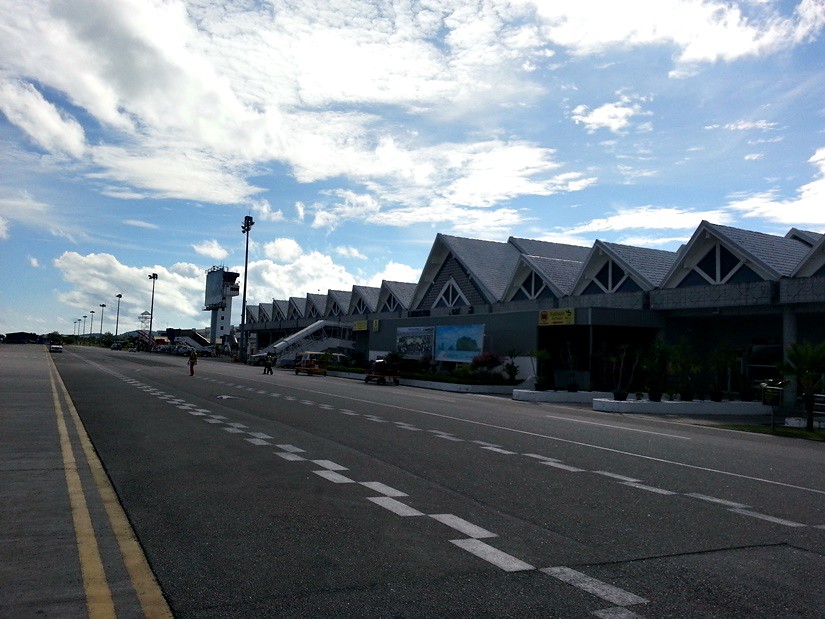 AK's 100th aircraft was parked beside. 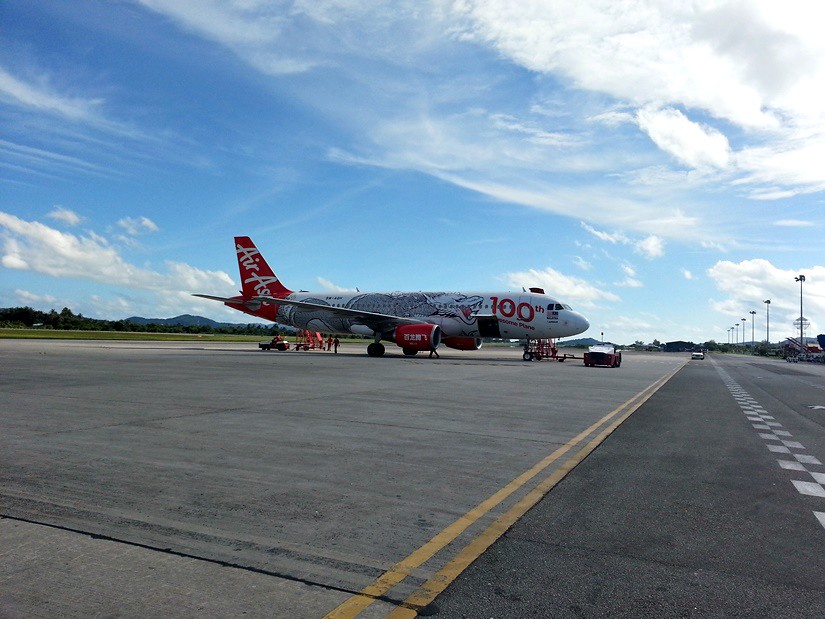 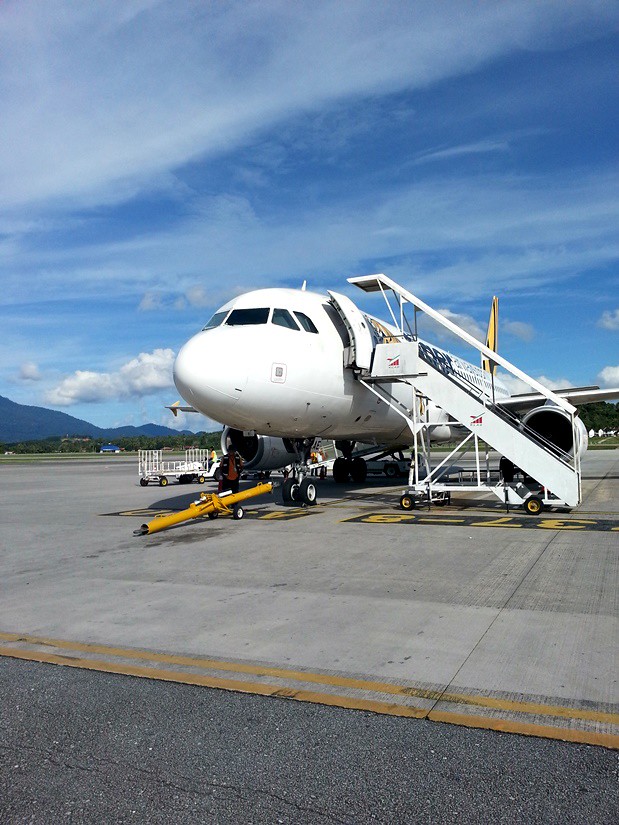 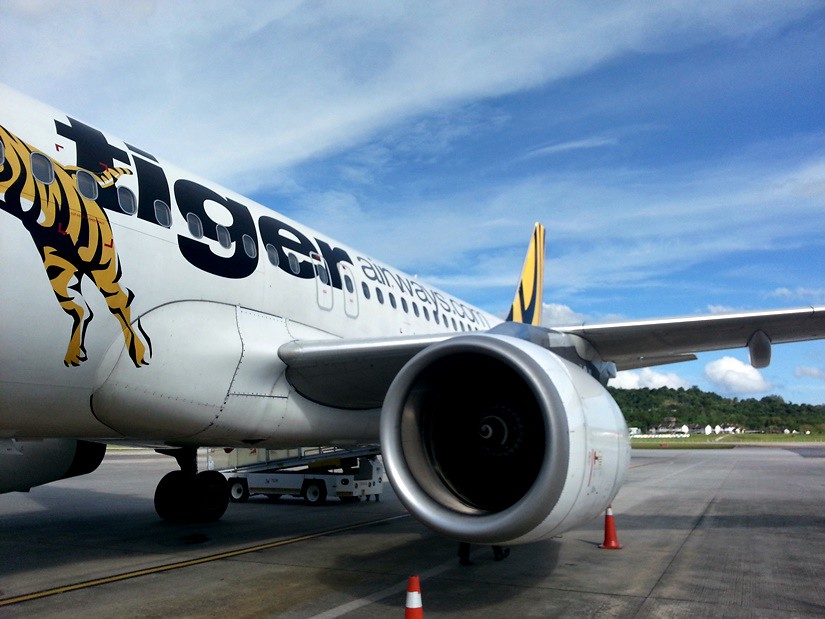 We were both allocated Emex aisle seats on with lots of legroom! Unfortunately no recline for the seats but not that I would complain. Also means no videos for this sector. 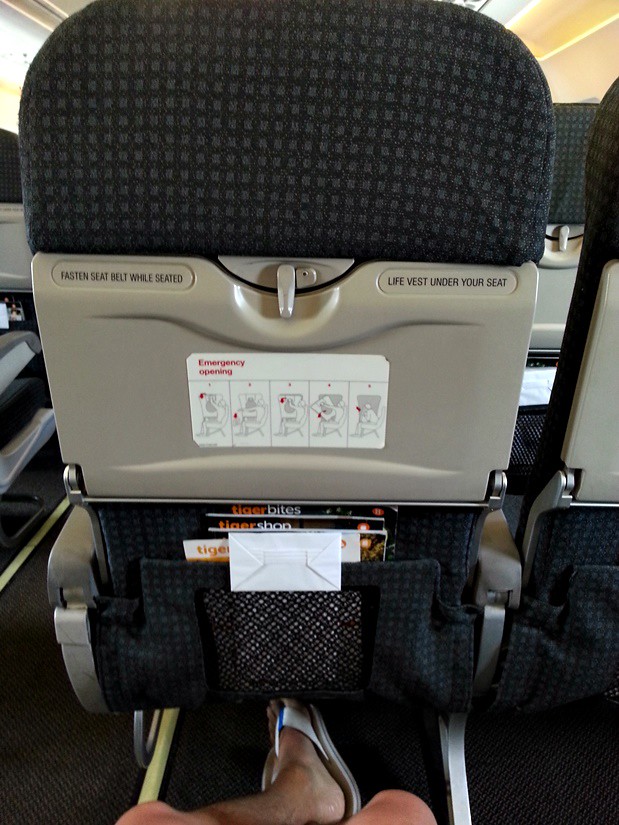 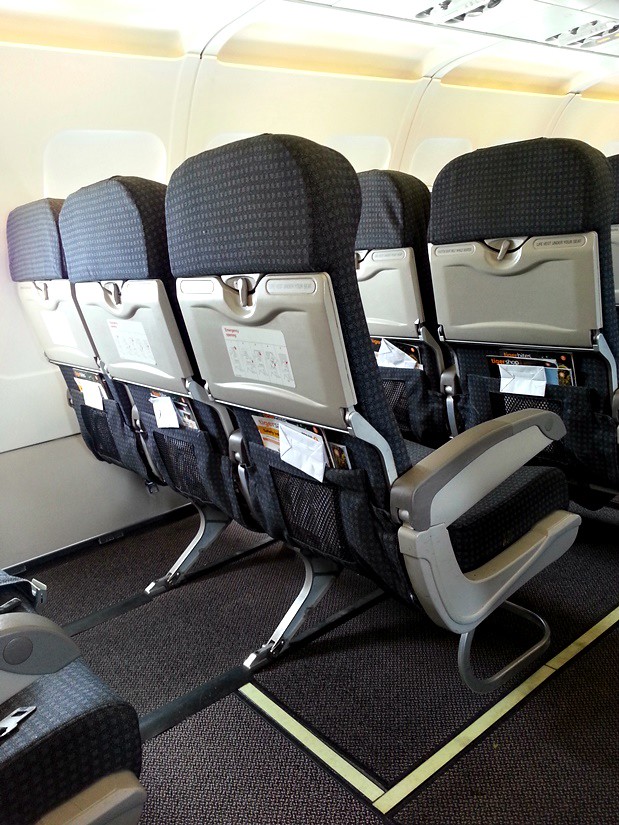 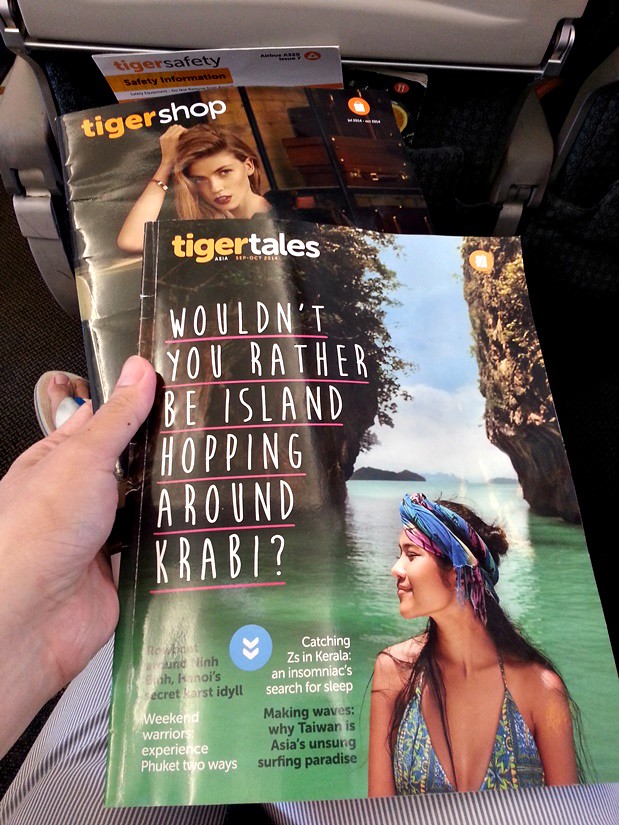 Departed on time for a 1h20m flight to Singapore. BOB service was conducted and there were surprisingly quite a number of sales made, considering the high prices of the items onboard. However we did not purchase anything. Service was rather good, largely contributed by the purser whom we subsequently confirmed was an ex-SQ girl, with her undeniably SQ-ish way of interacting with passengers and making cabin announcements. 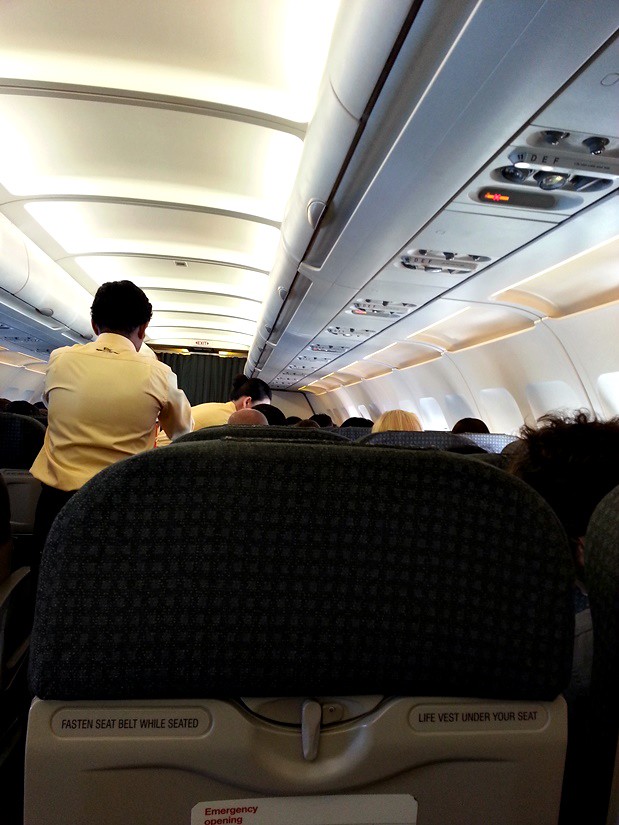 View of the cabin. Even though this is TR's oldest plane, it was still kept pretty clean. 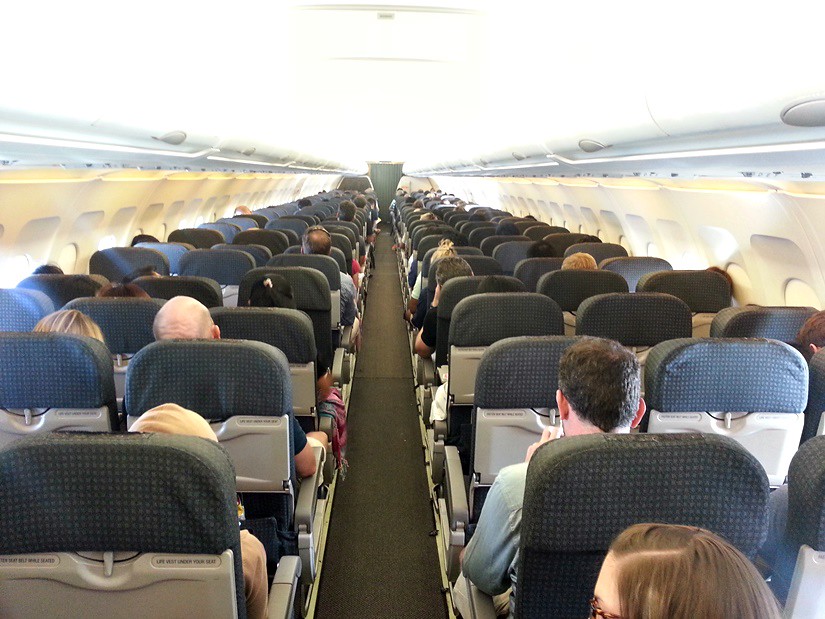 Landed on schedule and disembarked. 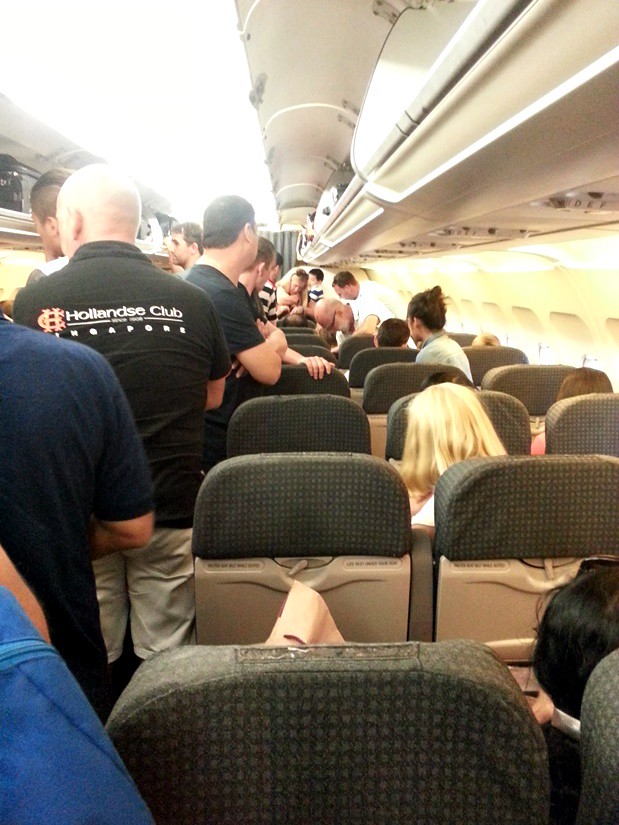 It was a very hazy scene back at Changi. In fact, that day had the worst bout of haze for the year, with air quality in the Unhealthy range. 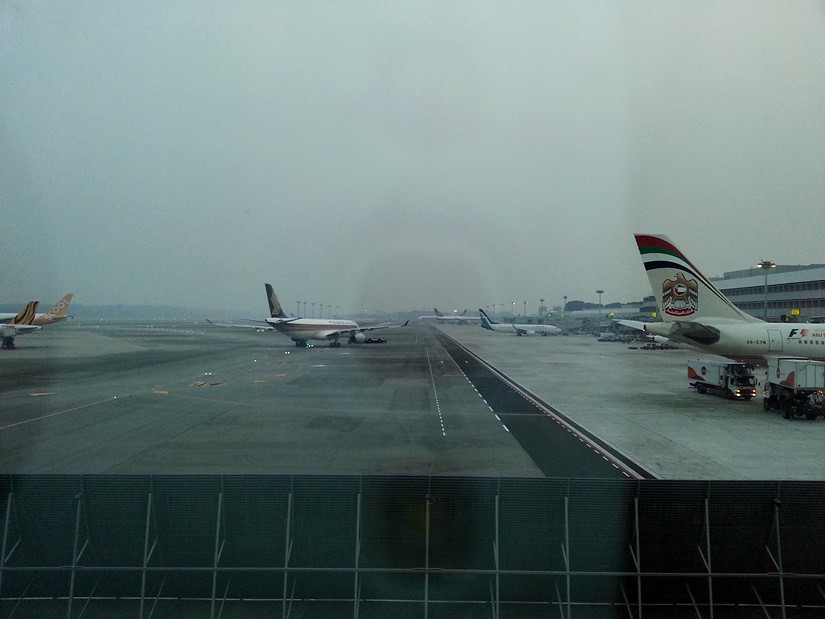 Thanks for reading this short report, with any comments welcomed.
See more

Overall, a routine short, comfortable and on-time flight on Tigerair.