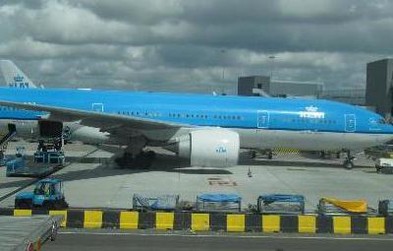 By Yonatan Paz 3454
Published on 11th December 2014
Shalom and welcome for my flight back from Amsterdam to Tel Aviv!

Here is my flights of the trip to Holland:

At the day of the trip:
The schedule time of depart was 13:10, so me and my schoolmate took a taxi from the villeage that located 30 min of driving from the airport. The taxi arrived at 9:30.
The flights from Israel depart from the Safe zone- the far terminal, so the taxi driver stop for us in zone C so we needed to walk about 10 minutes!
After arriving to El Al check in counters, we passed the security interview, a speical check for flight from TLV airport and Israeli flight everywhere (even domestic flight).
After that, we went to the counter that gave us a speical seats: The 1st row in the plane (737-800: 189Y), But the seats weren't regular or with more inches…. they were a Business Class seat from other LY 737!!! JACKPOT!!!
After taking the boarding passes, we went to the plane shop in the land-side area cause we have a lot of free time prior the boarding.
There are a lot of plane models - Mostly 1.500 scale by herpa but you can find some 1.400 and 1.200: Duty-free zone, nice at all Hope to fly with cathay pacific some day, but right now I have a mileage card of United. Is it doesn't hear strange that for 2 hours flight like HKG-BKK or HKG-TPE Cathay flown with new 77W and A333 and for 12 hours Cathay flew with old A343??? KLM Boeing 777-200ER before flight to a far destantion: The schedule time of the depart was at 13:10 but we departed only at 14:15!!!! We sat in the plane more than hour, the capitan said that we are waiting for some papers before heading out even the plane hadn't been connecting to the gate!!!

By the capitan, flight time will be 4 hours and 15 minutes.

Sorry, no photos form the departure cause I was sitting not near the window :(
Short time after departure: The wing with Israel flag: Because it was a charter flight and Sun D'or flight (Airline that operated by El Al) we got nothing to eat, excepted crackers, drinks were free. Movies and music were availlable durning the flight, not like in Arkia's flights.
Legroom from the back row: Some prices for example (not very cheap, but not expensive):
Tuna Salad - 12$.
Mozarella Sandwich - 7$.
Clouds and winglet: The lavatory, 1 of 3 that locate in the plane: After a boring flight we landed at 7:20pm, 35 min after the schedule time. We landed from the north, on runway 21 because rockets could sent from Gaza Strip by Hamas org.
LY 738: LY B772 before flight to Hong Kong: What happens to our plane??? Had we flown on un-safe plane??? Thanks for watching and please left a comment!!!!
Regards, Yonatan Paz!!!!

The contributors of Flight-Report published 3 reviews of 3 airlines on the route Amsterdam (AMS) → Tel Aviv (TLV).

The average flight time is 3 hours and 54 minutes.

Yonatan Paz is member of Flight-Report since September 2013.

He wrote 56 reviews about 24 airlines and 37 airports.