After a few days lost in the jungle it was time to fly back to Bogotá to relax a few days. But first I had to fly to San José, the capital of Guaviare Region. There I spent a night before my next flight. It was the 31st of july the day I had to take the flight back. If you read the first report I explained that planes here don't have any timetable, they just fly when they can and if weather conditions are good. Today it wasn't one of these days and during the first hours in the morning it rained a lot. That means that the runway will be wet and it needs some hours to be prepared to recieve our DC-3. The flight time is more or less at 9AM in the morning, and there are a total of 3 flights per day. There's a man in the town who advises by phone, when the plane is arriving. You also have to buy the ticket to that man, normally the same day or the day before.

When we recieved the call, my contact there came with me to the entrance of the runway, where the plane stops. There is a small house with a bar, but actiolly you don't have any terminal or nothing similar. Before taking the plane you have to talk with the police station, which is next to it, to comunicate you're leaving. After being waiting for a few dozens of minutes, the plane arrived. 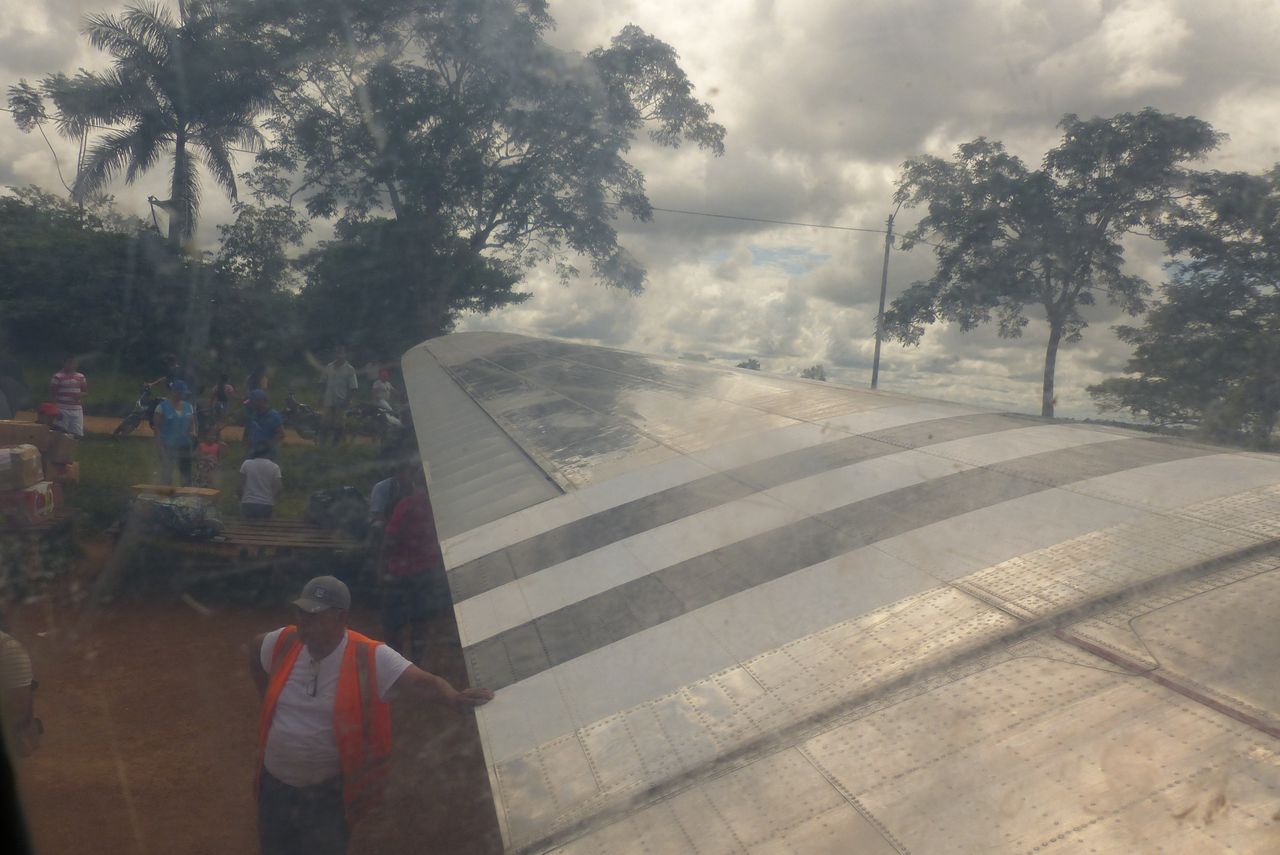 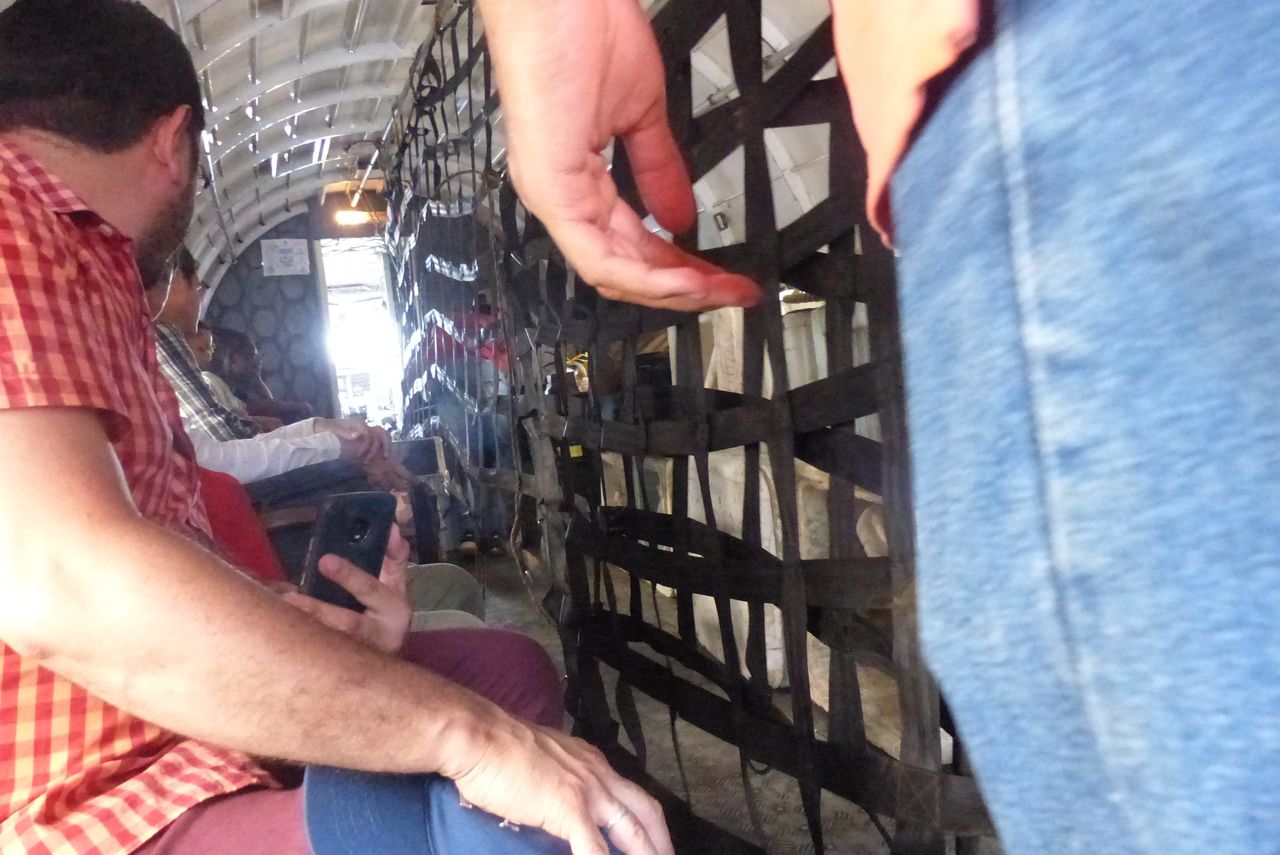 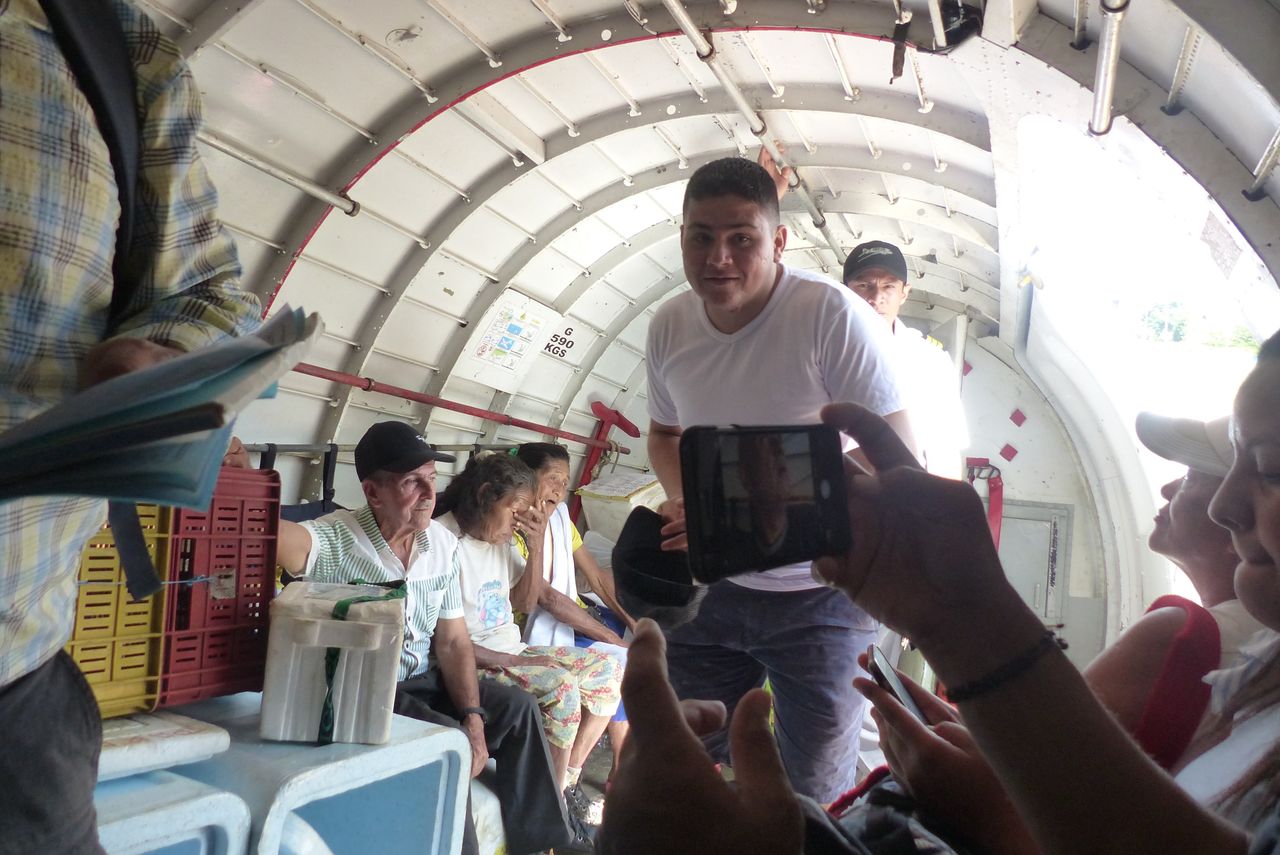 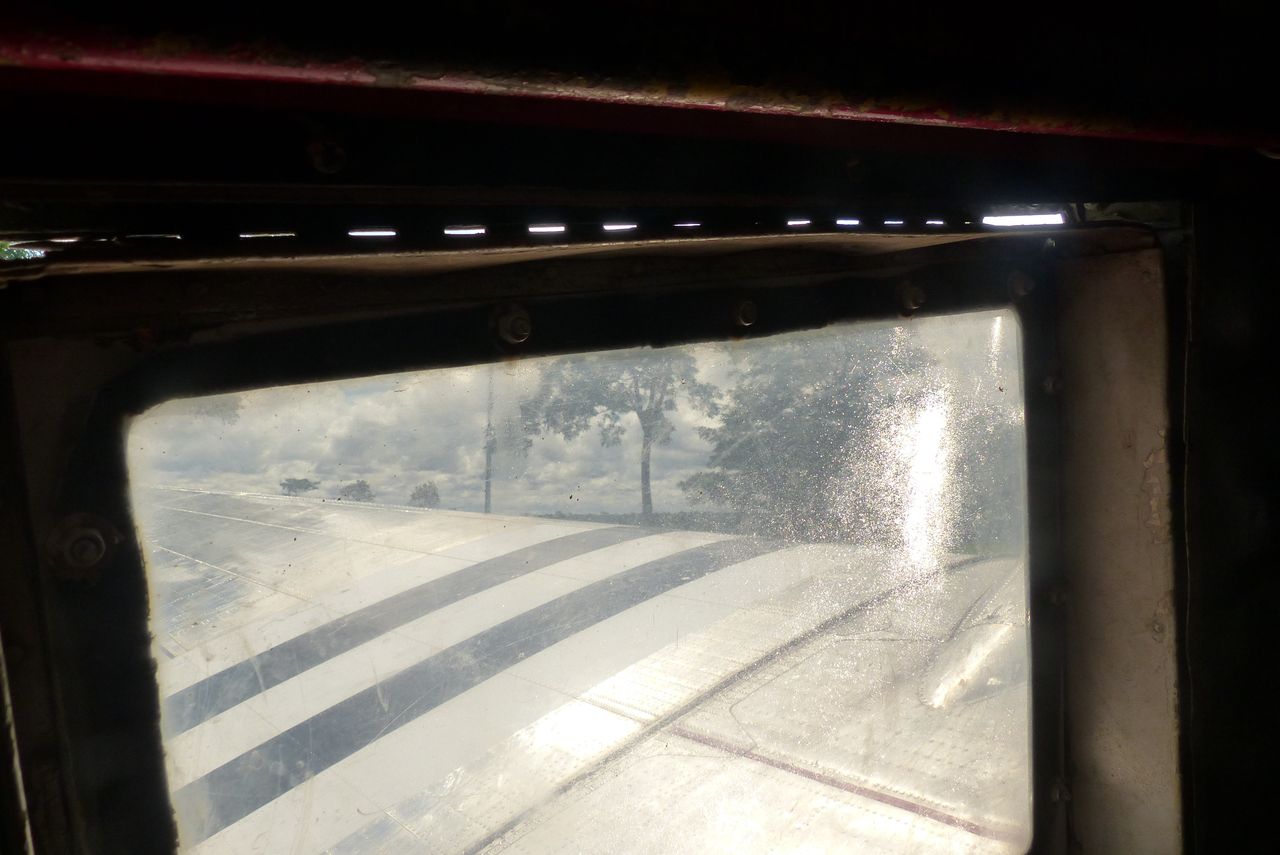 We've been waiting a few minutes until load was completed. A young guy who was working at the field told me some things about the DC-3. I asked him if he like planes and he said "yes". I gave him my Turkish Airlines handbaggage marker and he was very happy. Once the plane was completed, door closed and the captain turned on the engines again.

Our very short taxi to the runway 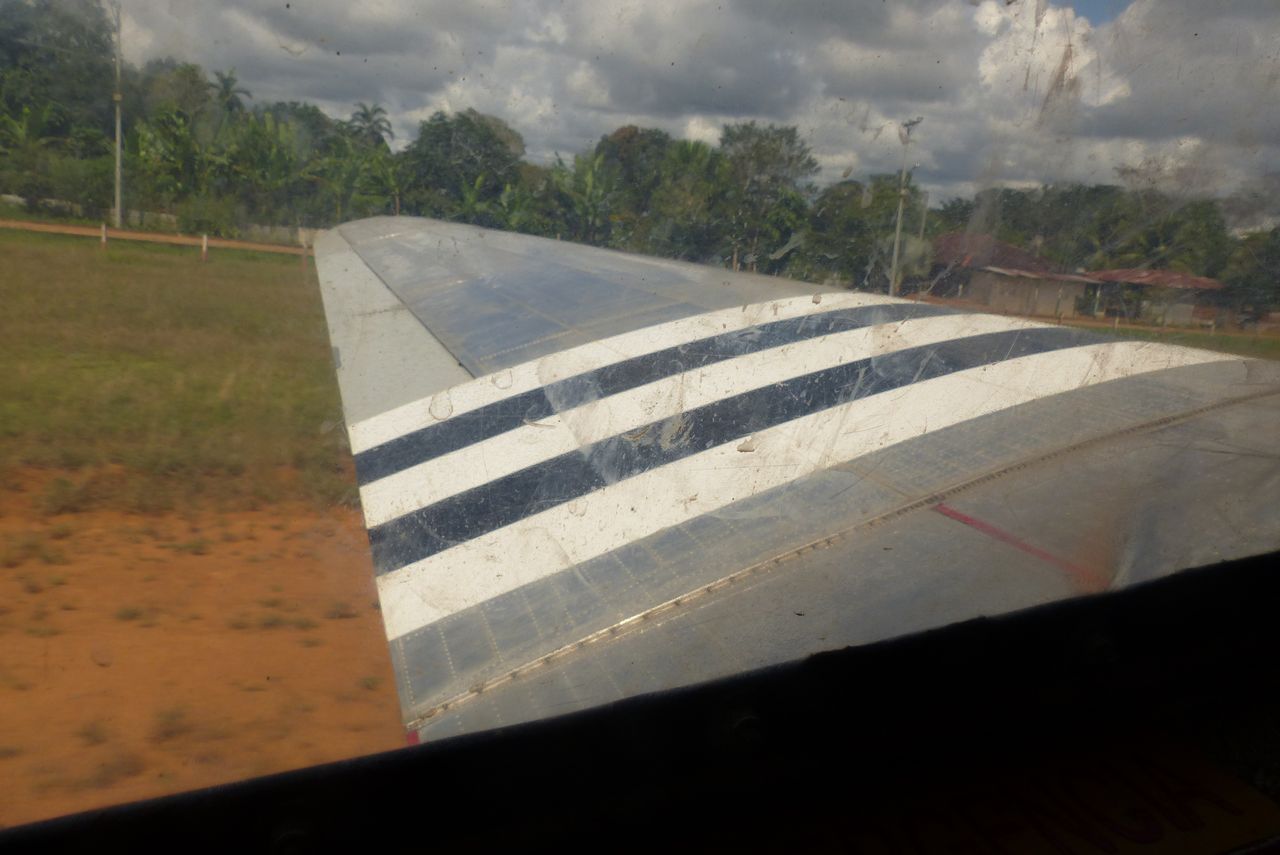 And take off again. Bye bye Miraflores hope to see you again someday! 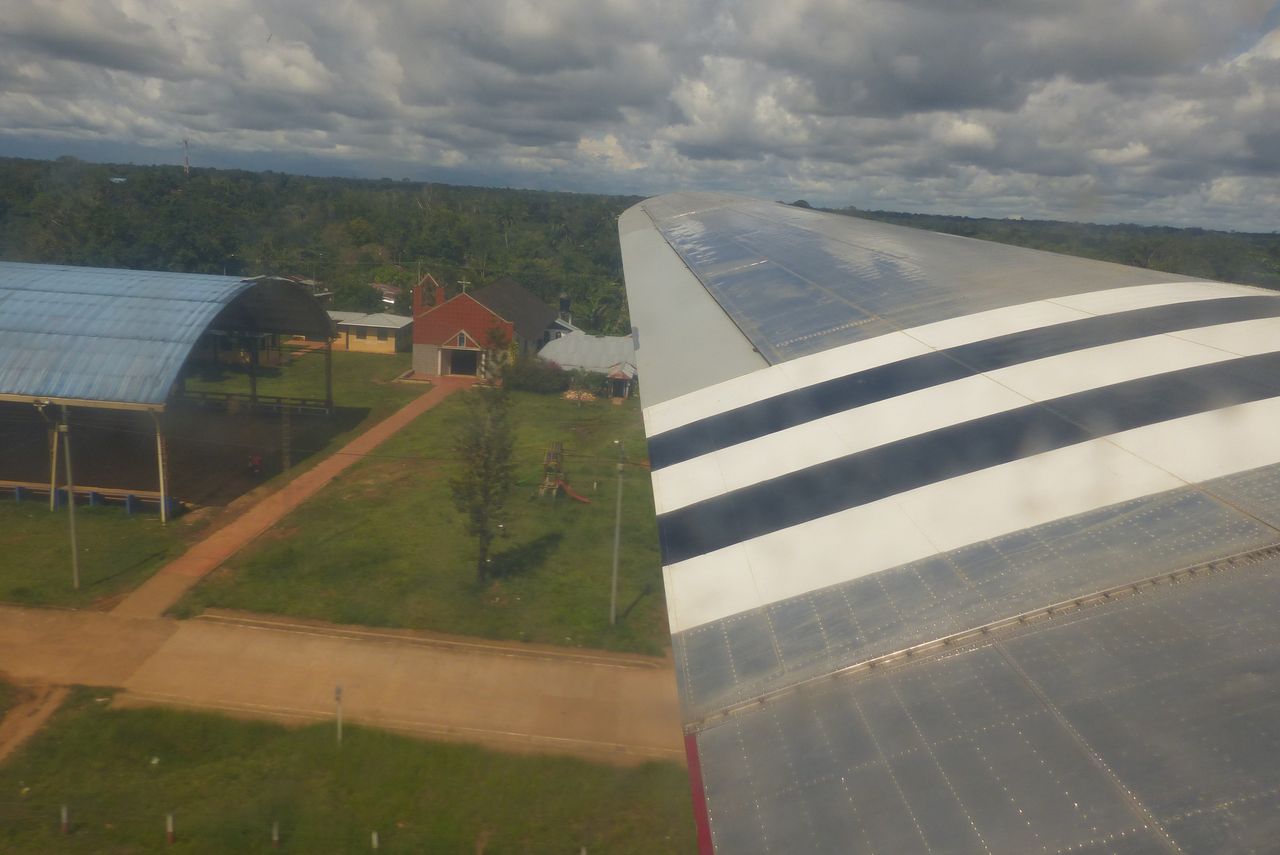 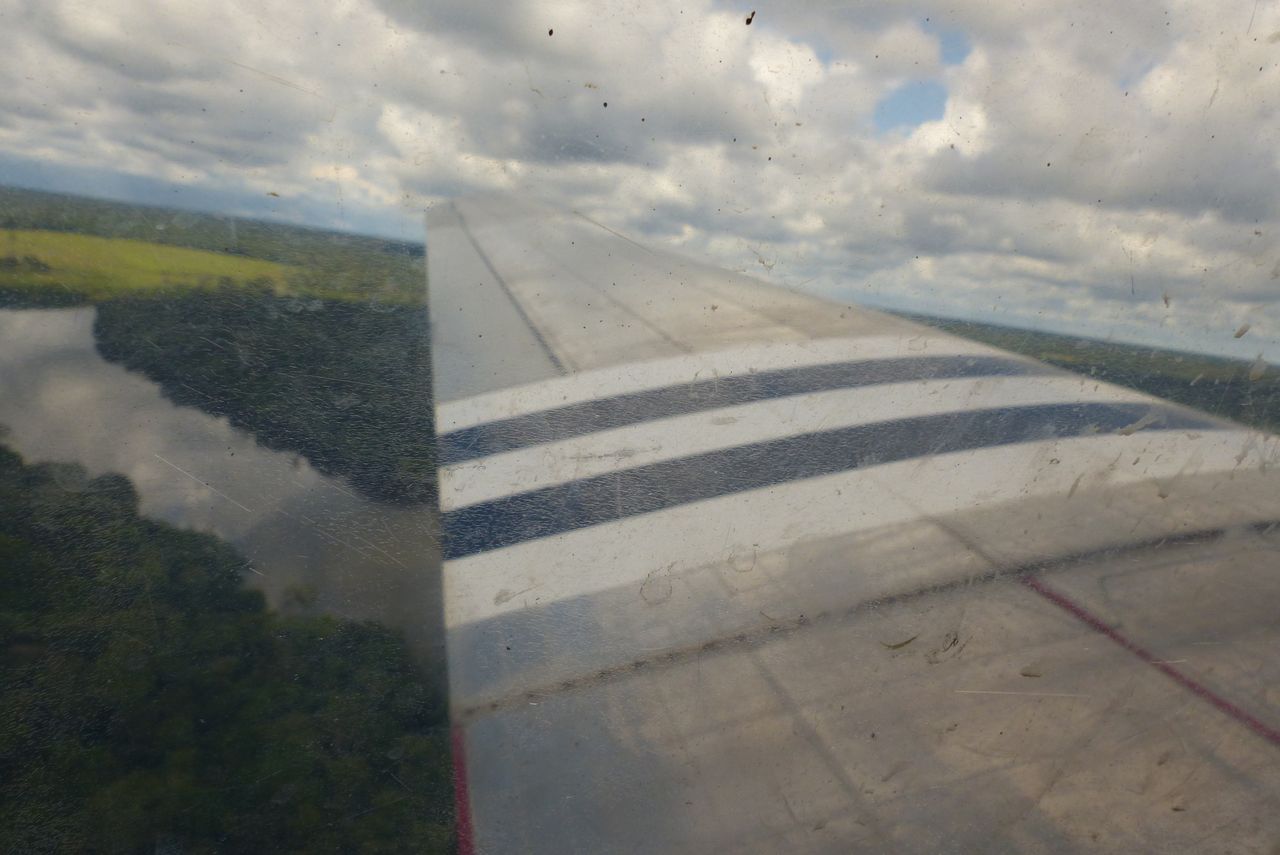 We took off at 13:50 heading to the south and soon we made a right turn to the north. Views were crazy and the man who was seated next to me explained a bit about the natural resources of this region. At the very back we could see Chiribiquete's national park, which during the war was controlled by FARC-EP, the main and nowadays is still unexplored by nearly no one. 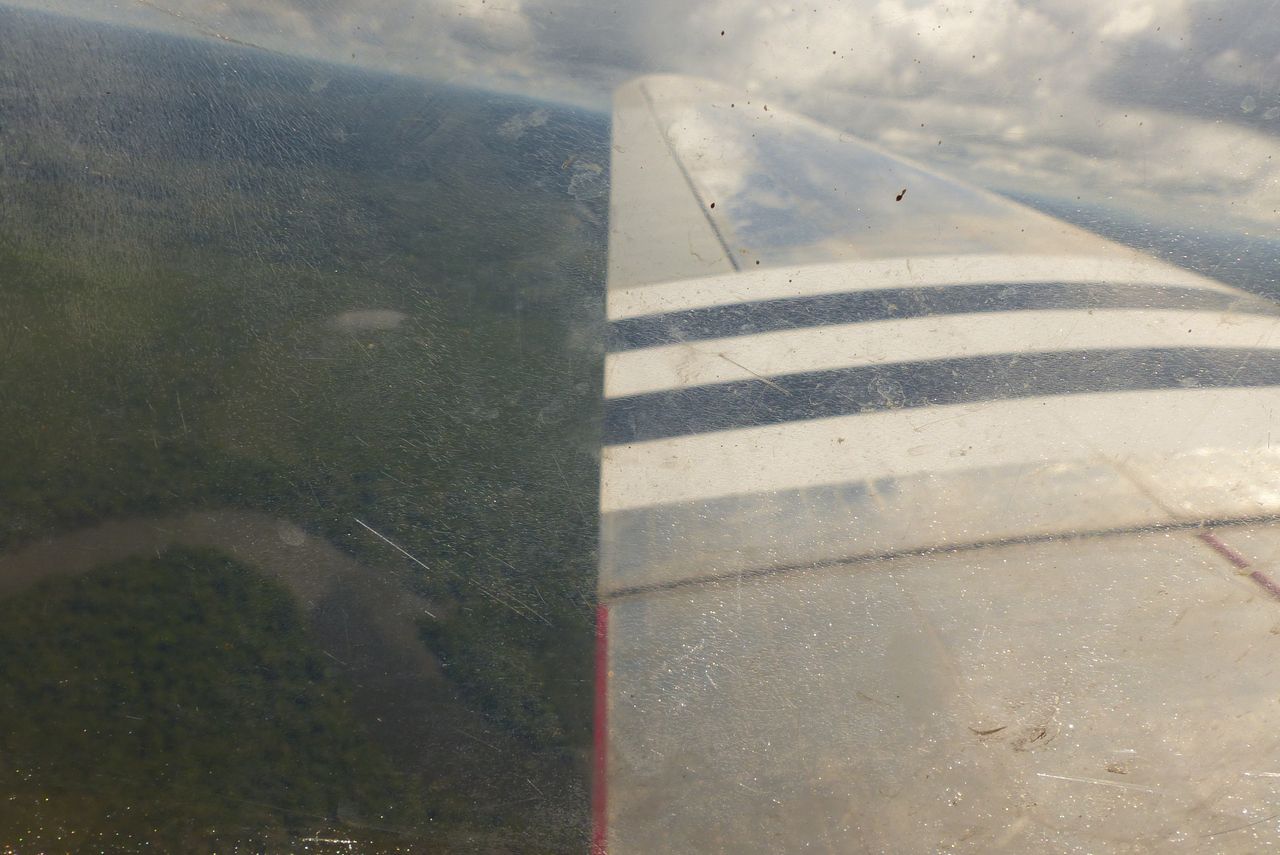 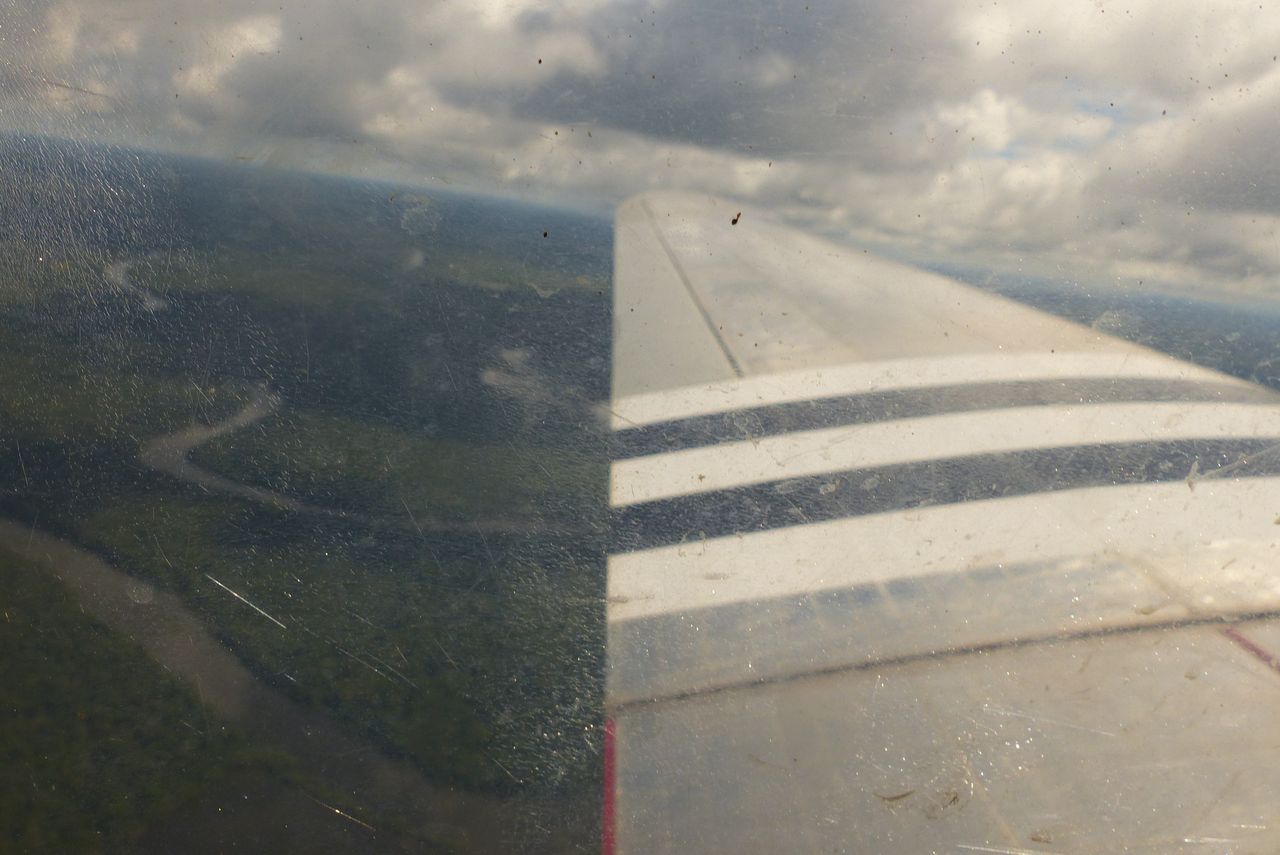 The afternoon today was developing some clouds which had to be avoided by our DC-3. At this altitude is difficult to avoid all of them and the flight had to across some of them. Bumps were quite heavy today. I was wondering which kind of turbulence had that plane passed throught (I'm not a big fan of them). There were two indigenous at the end of the plane who were really scared. Maybe it was their first time on a plane…? 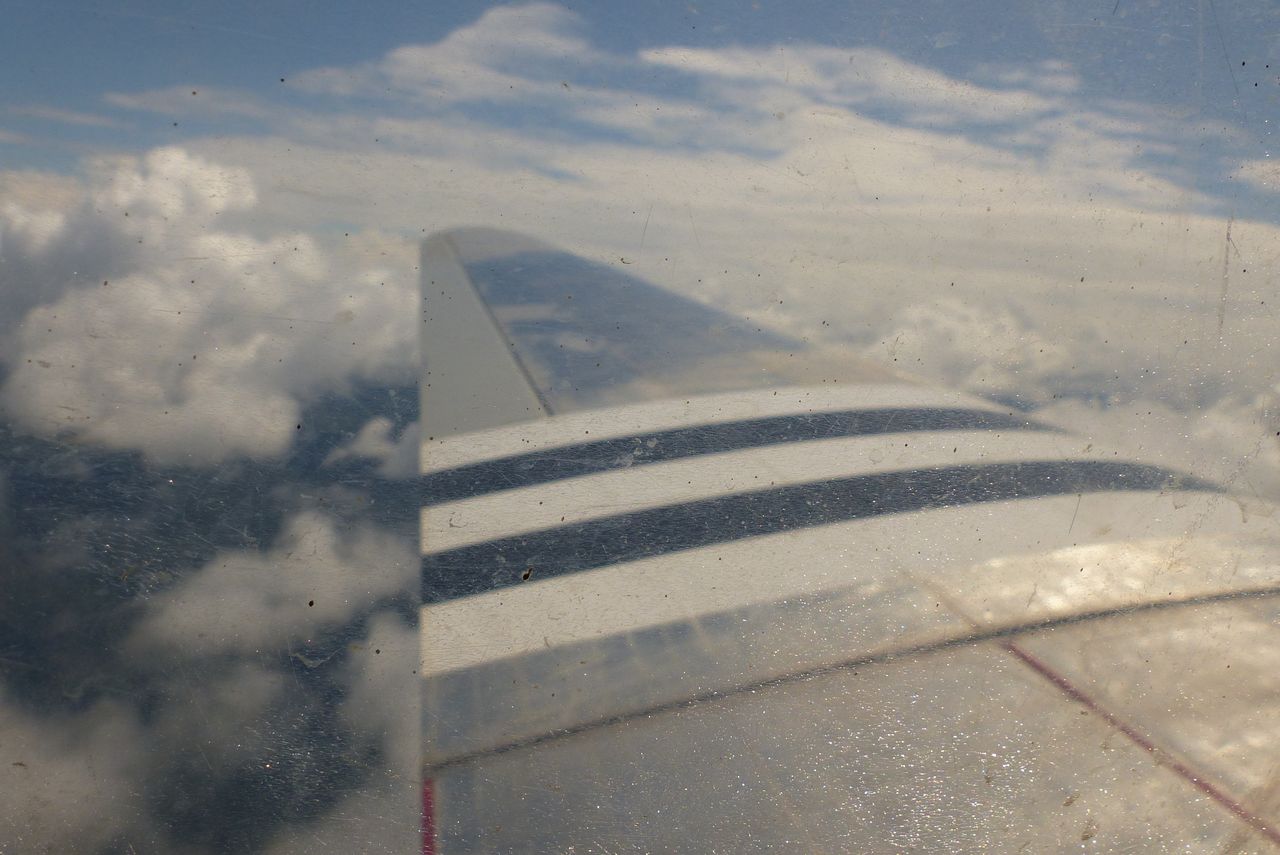 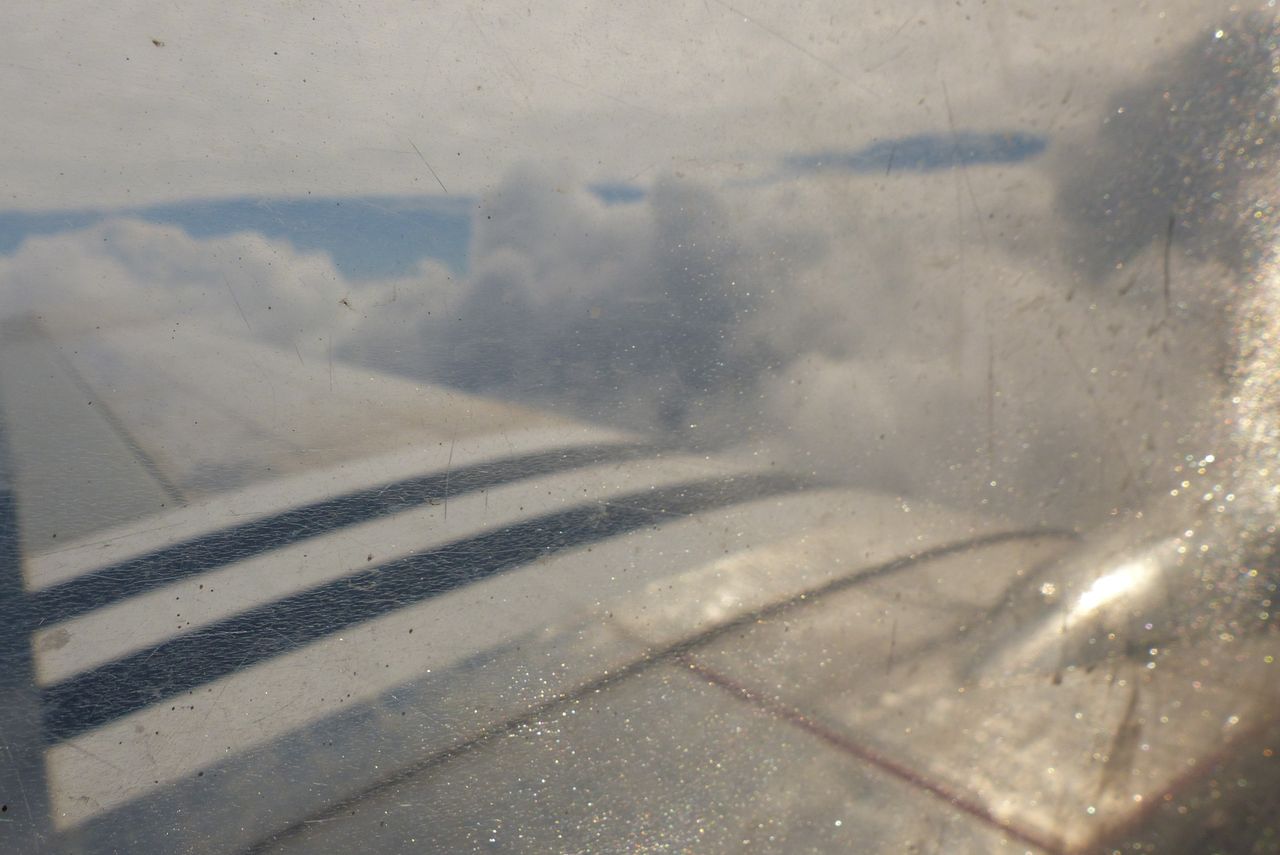 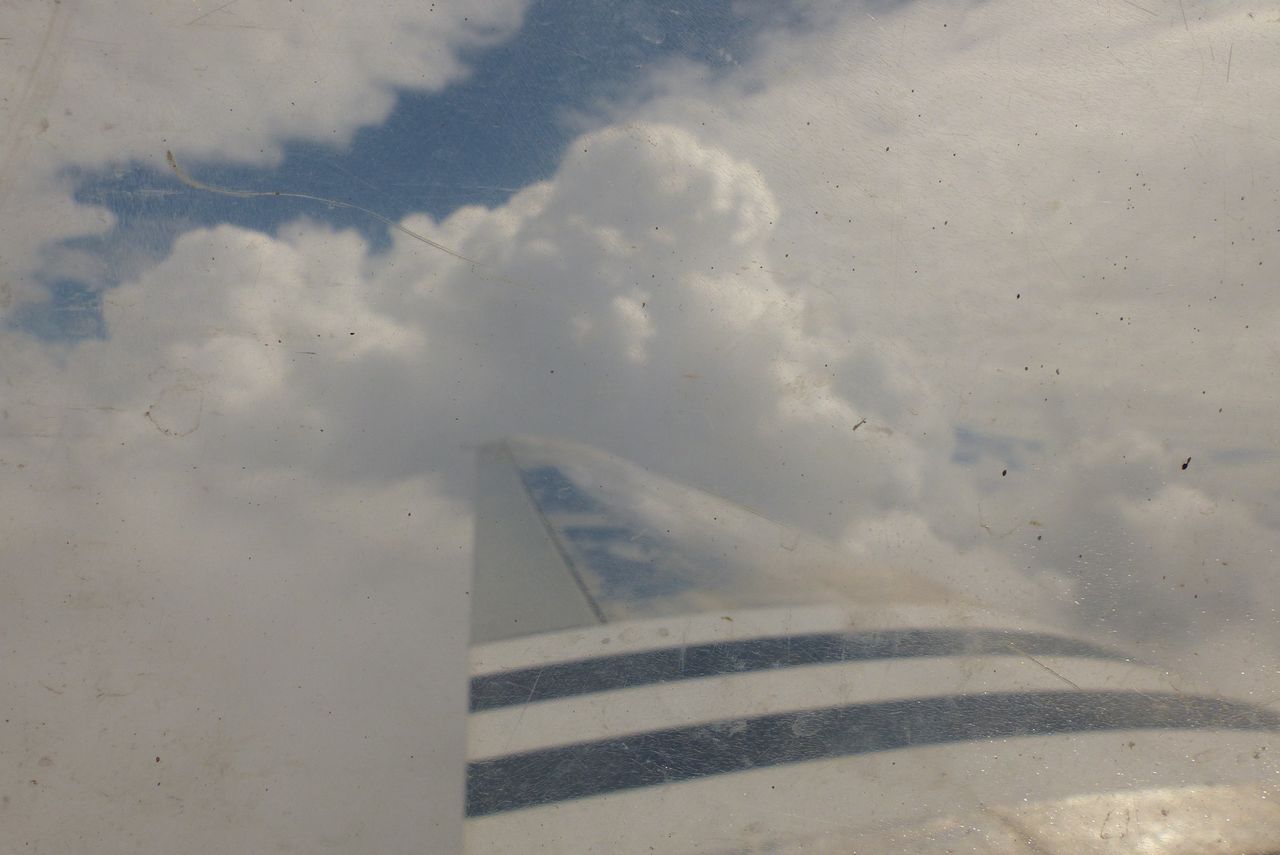 Captain flying with the door opened 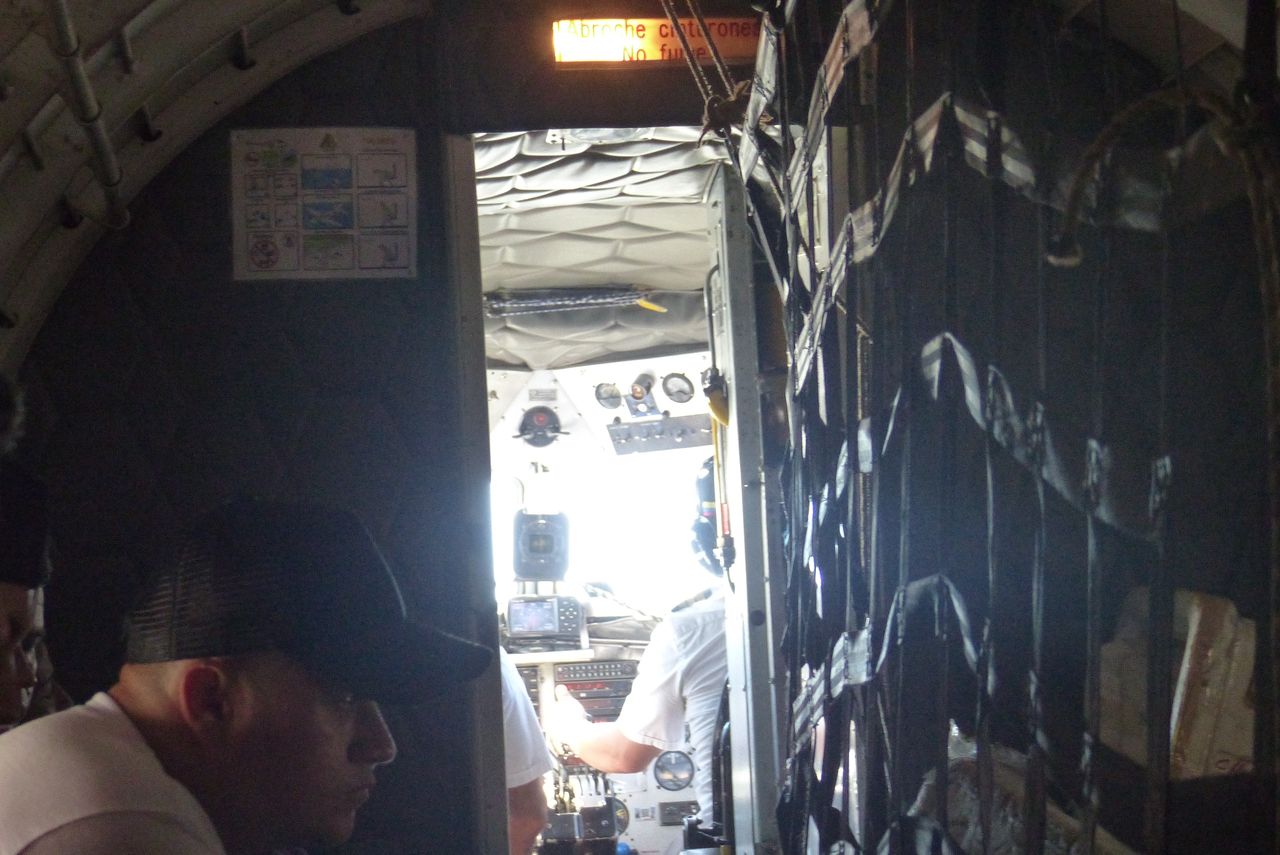 Soon we started our descent. My DC-3 adventure was ending at all… Here we have some different landscape, less jungle than down there. 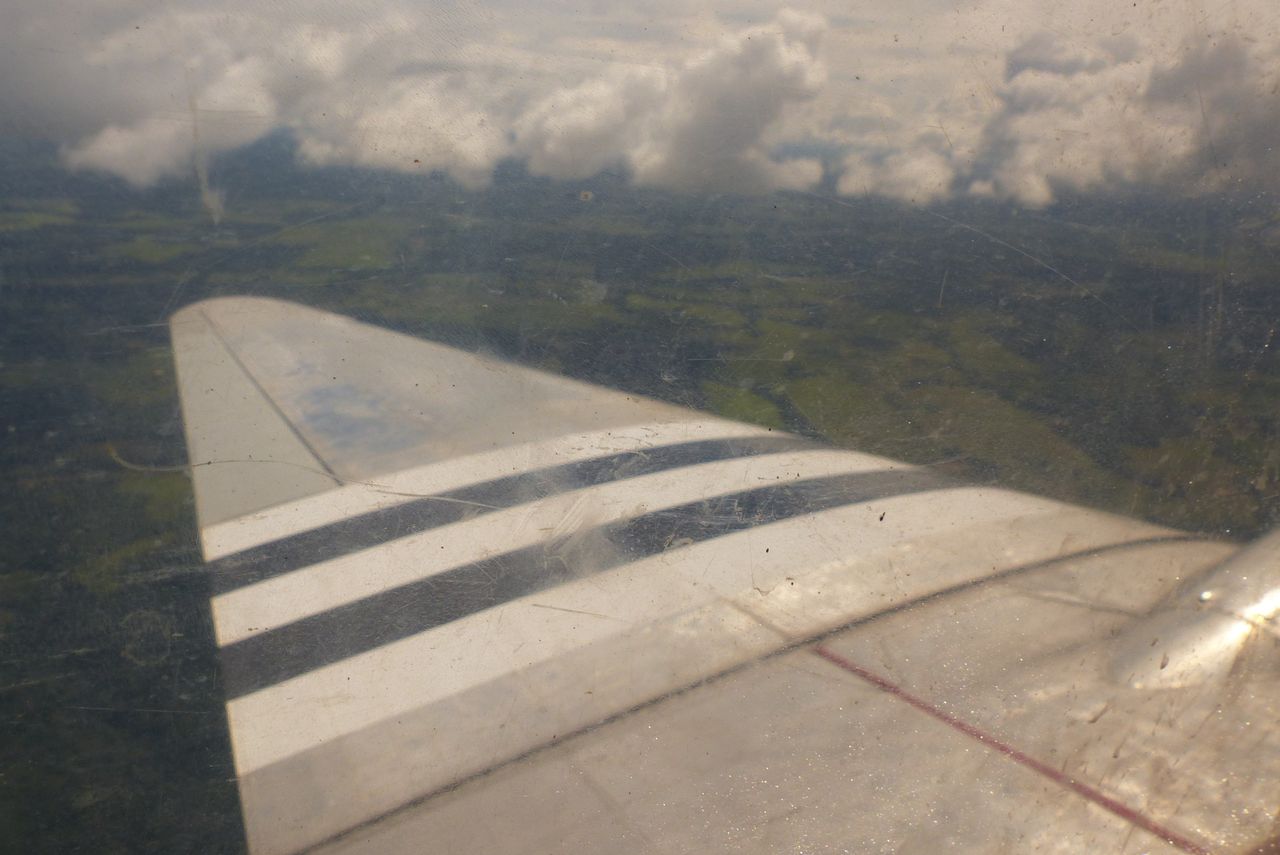 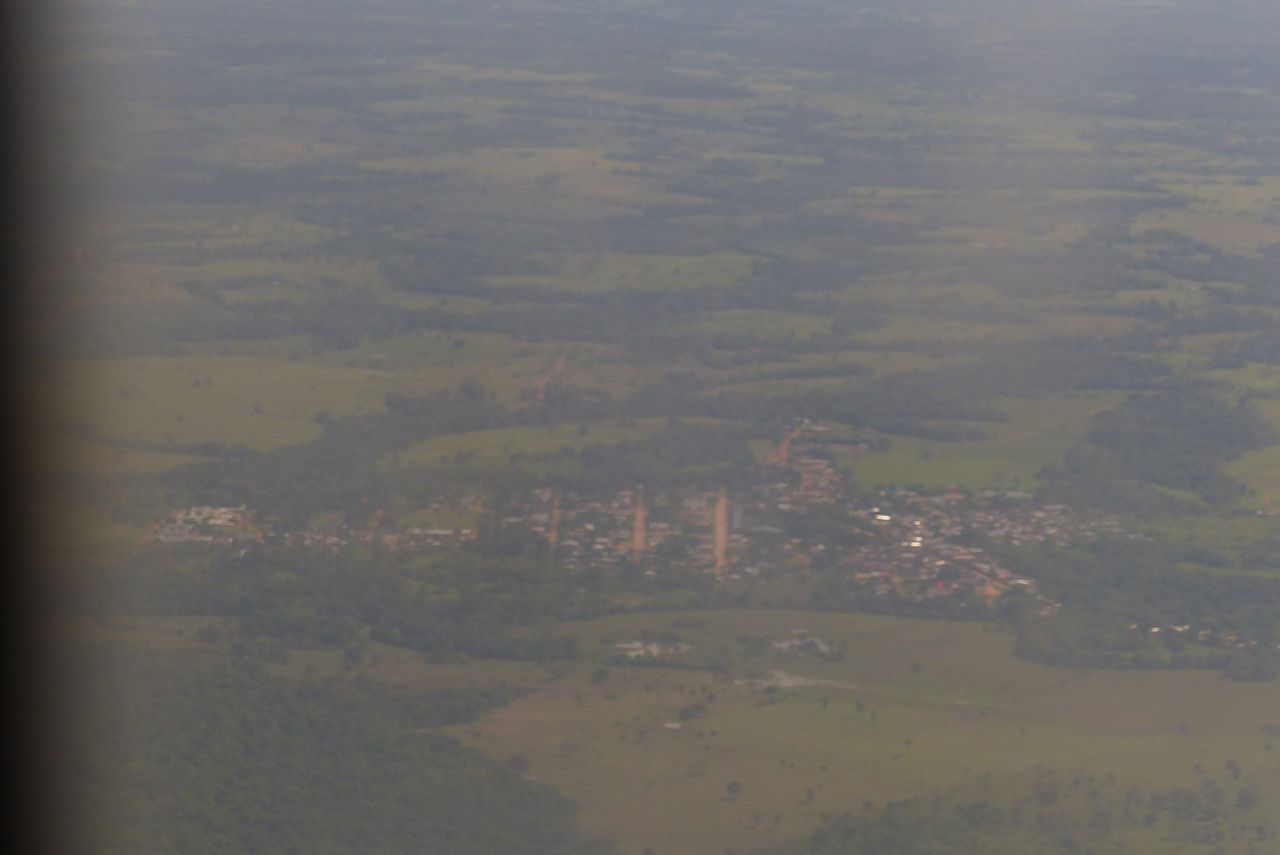 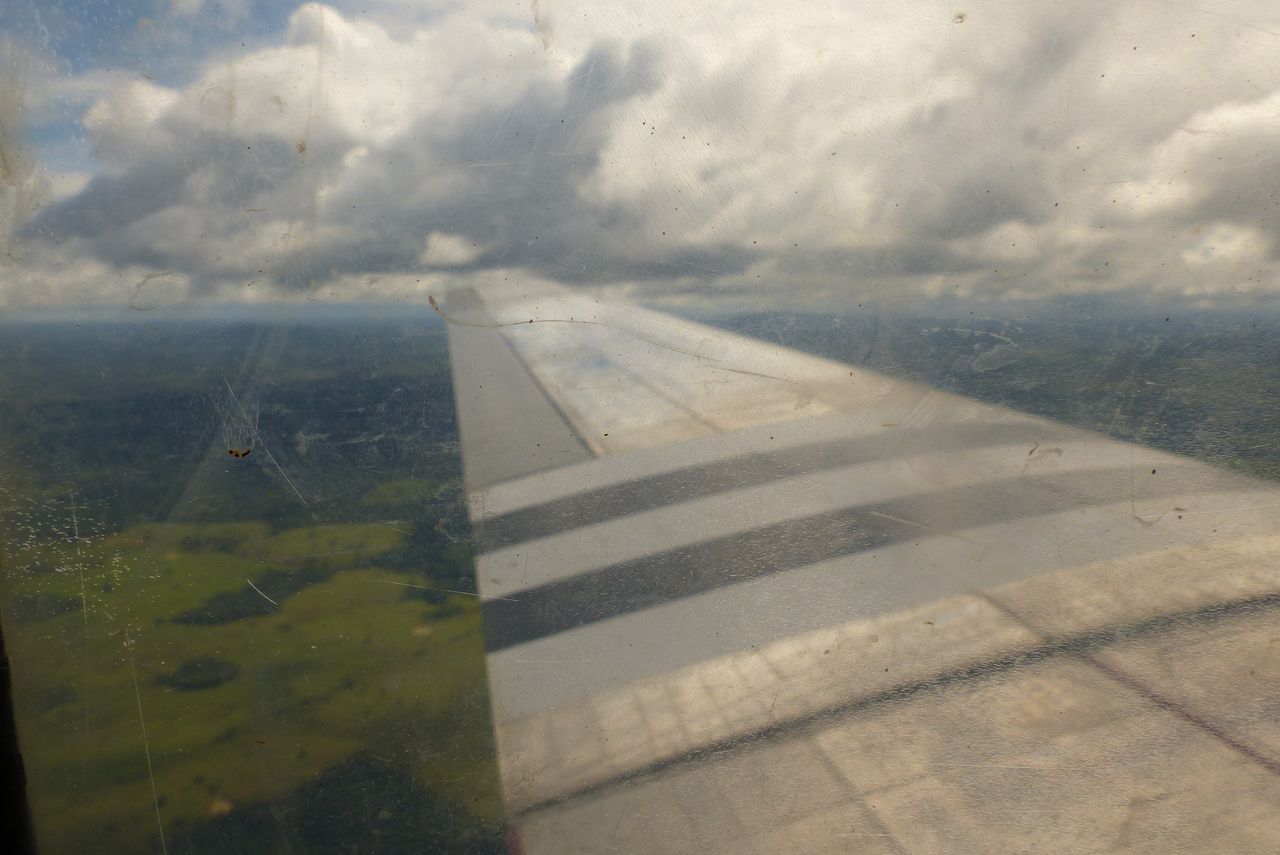 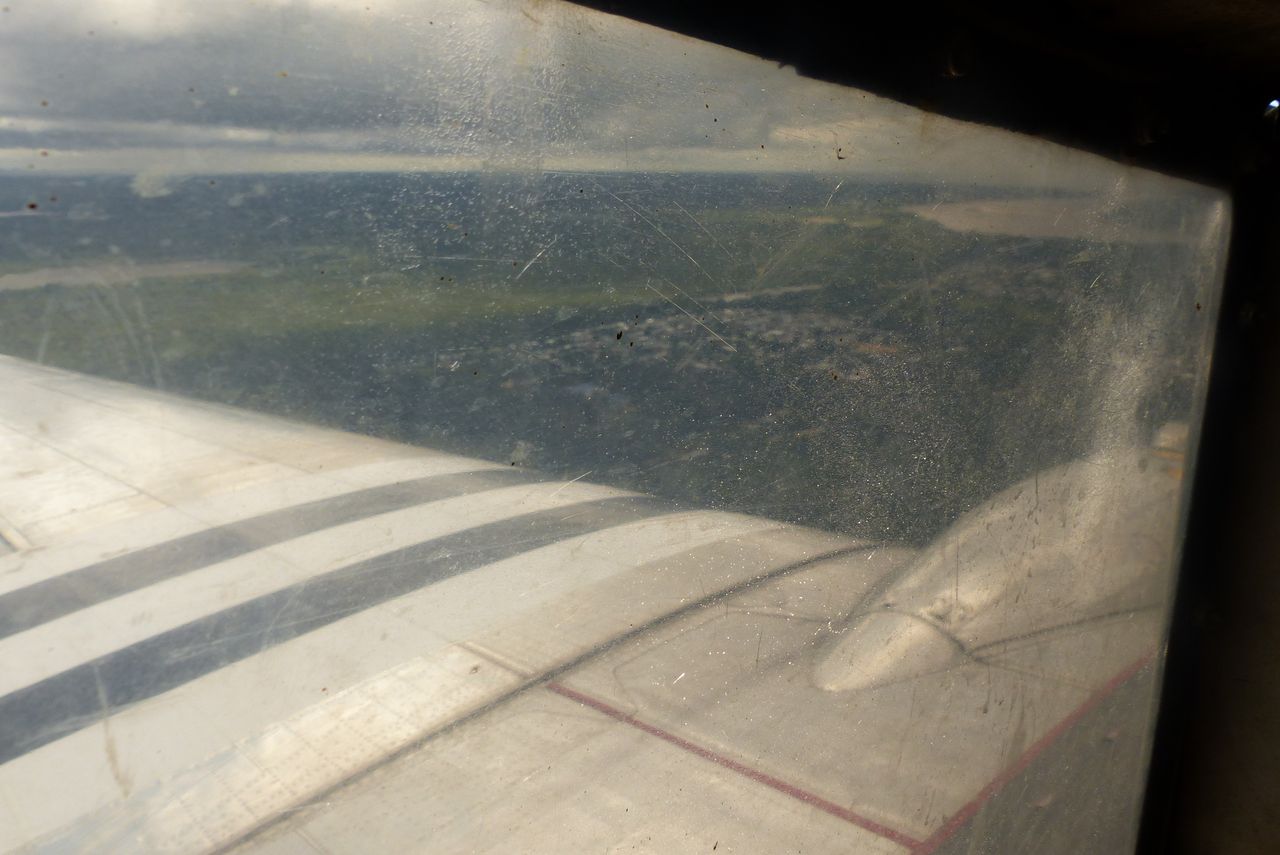 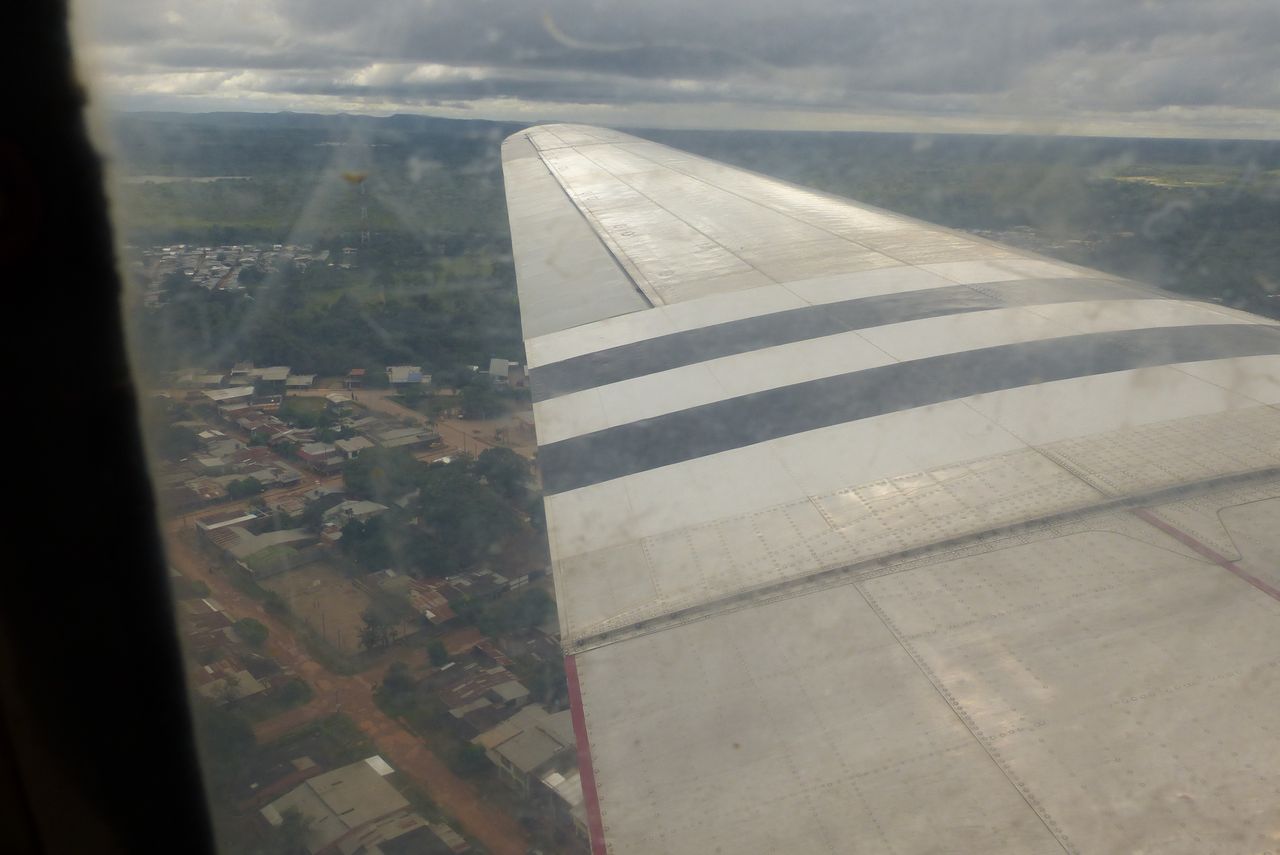 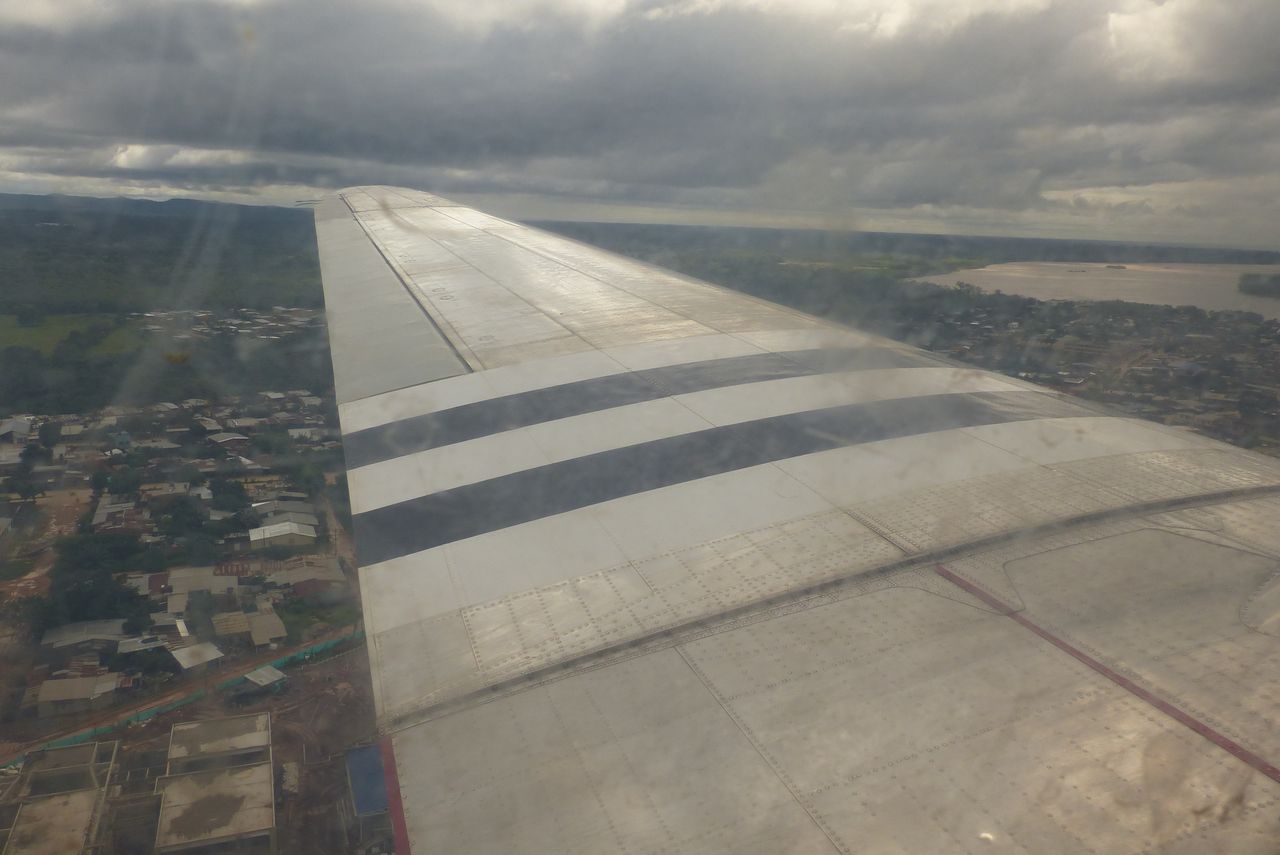 And we landed after some other 40 minutes in the air. Again in the entrance of the Amazonas, San José welcomes us with some good 30 degrees and partly cloudy weather. 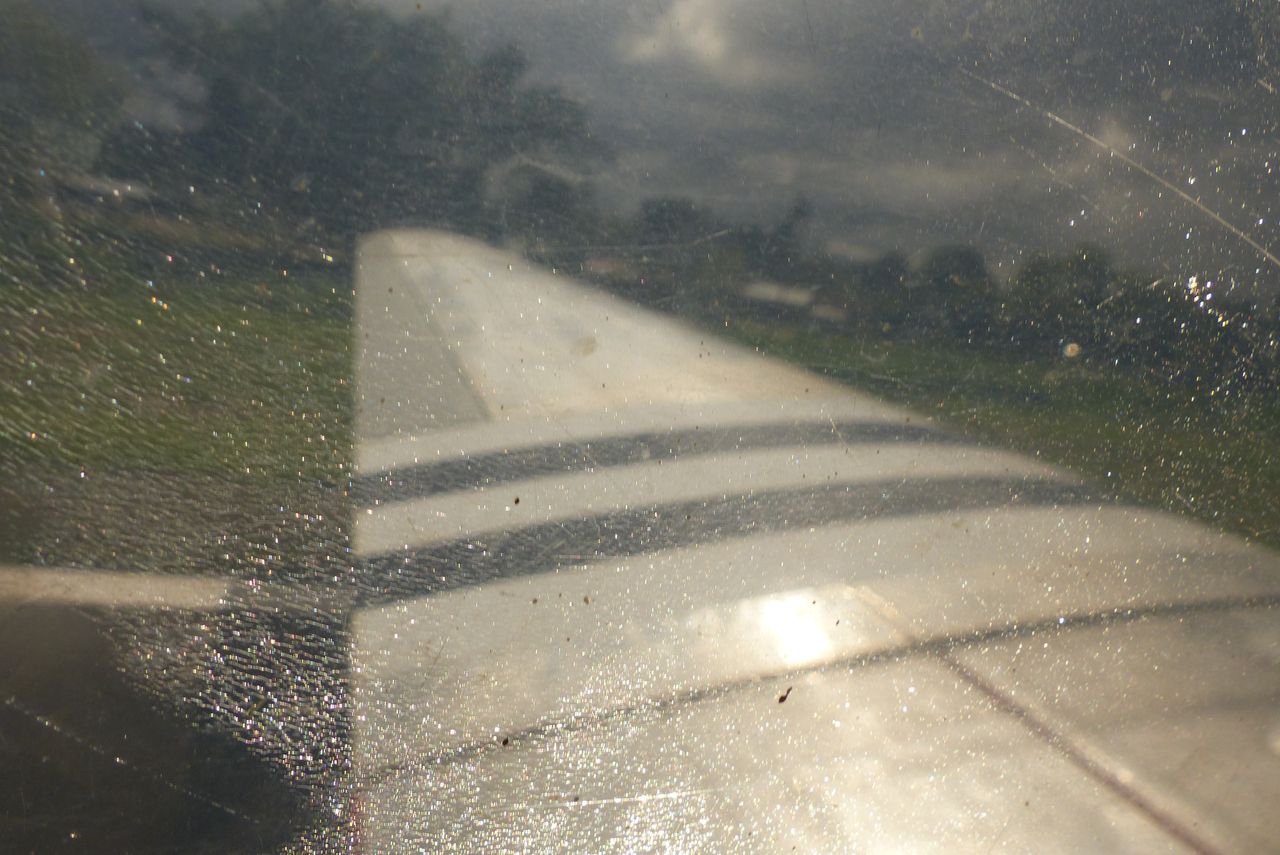 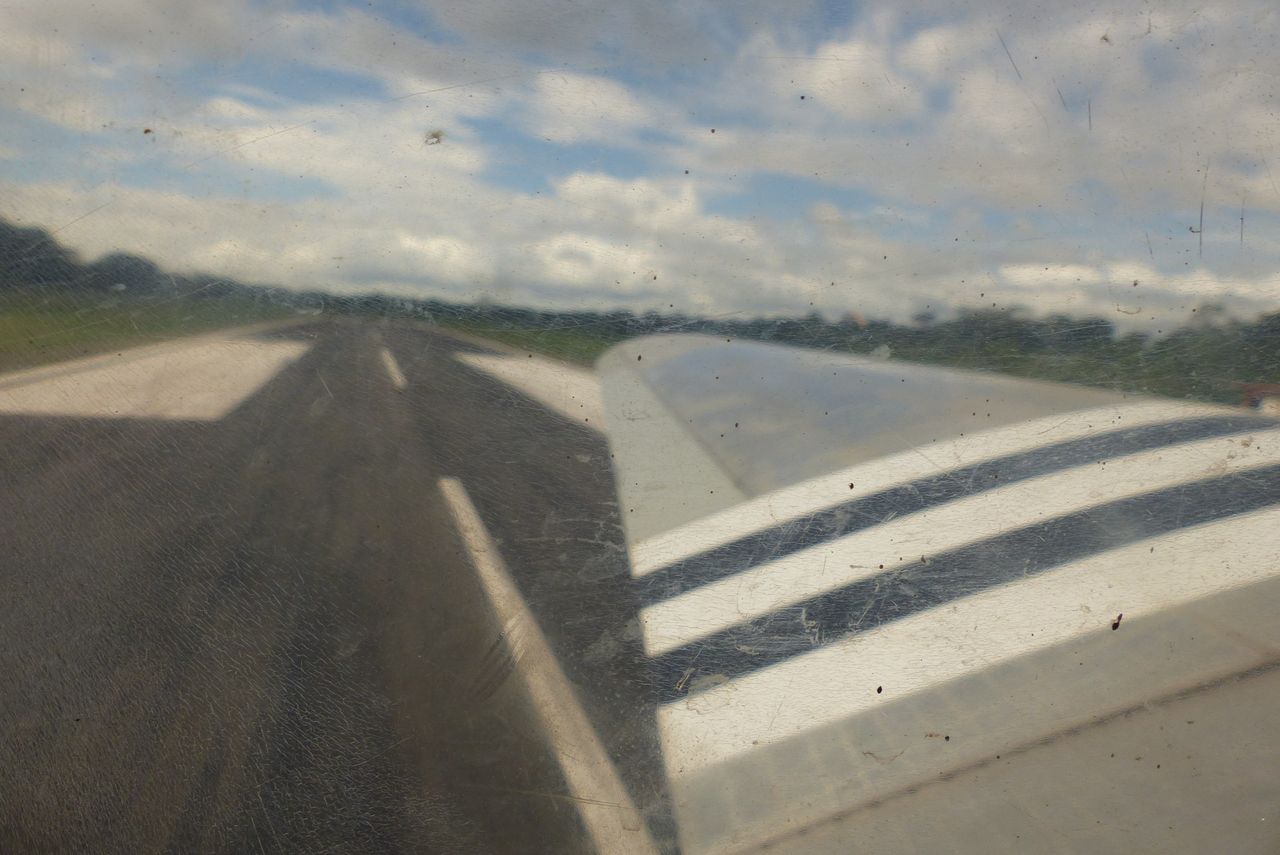 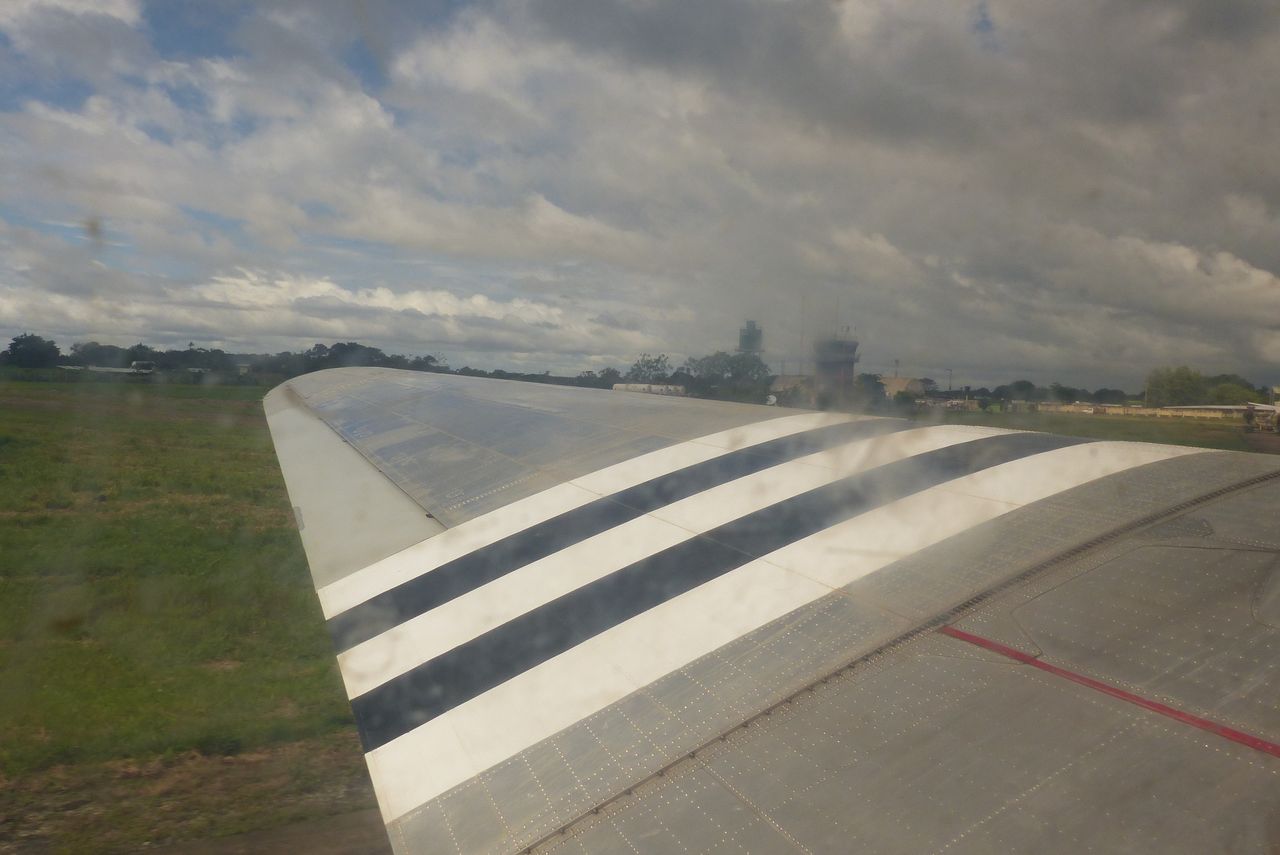 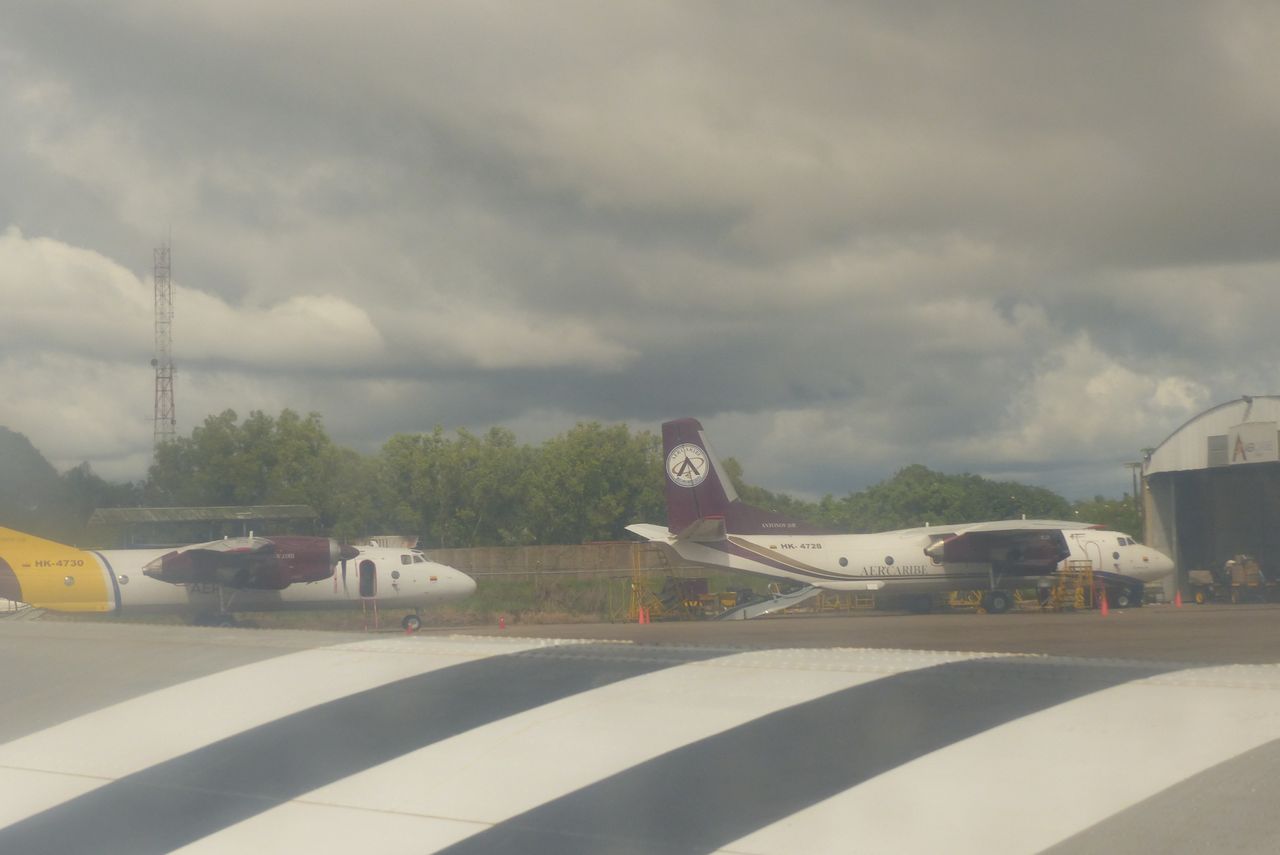 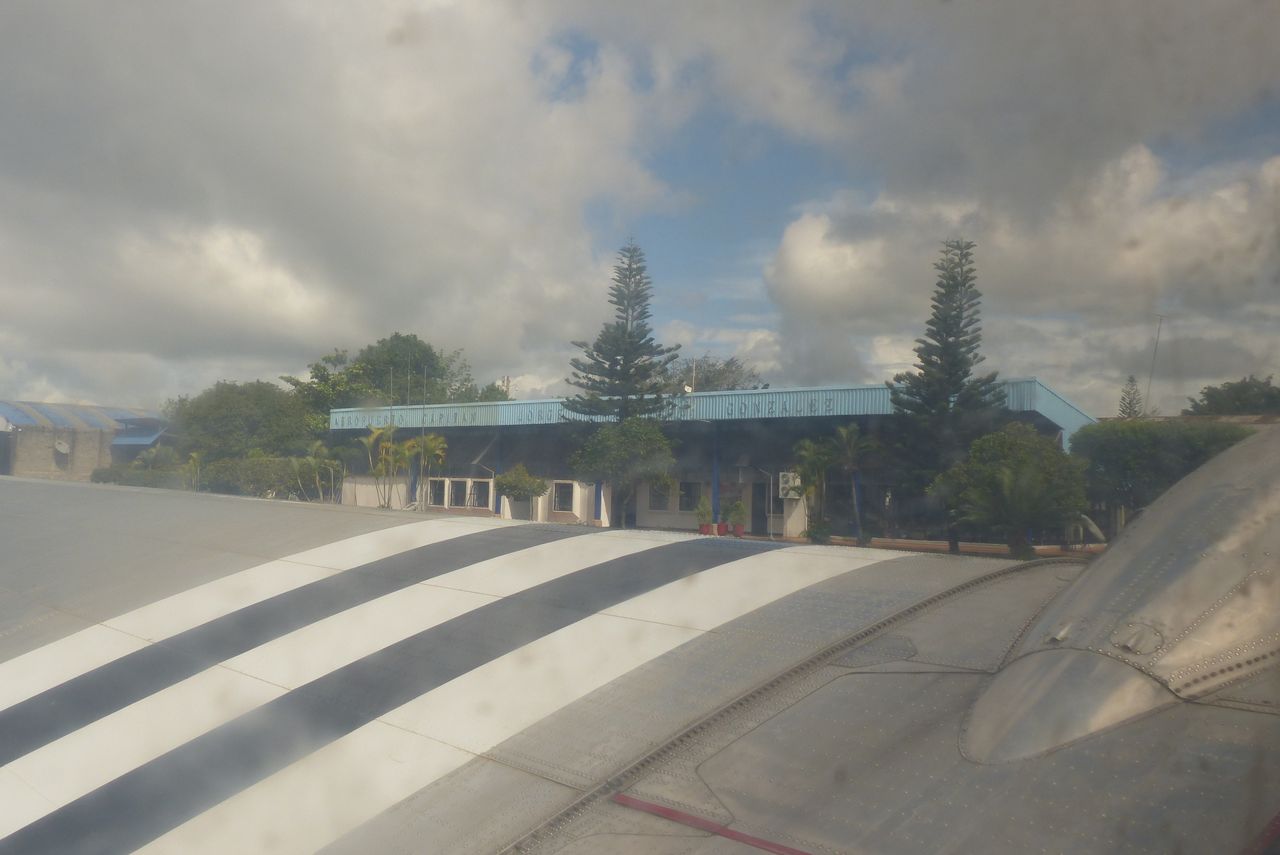 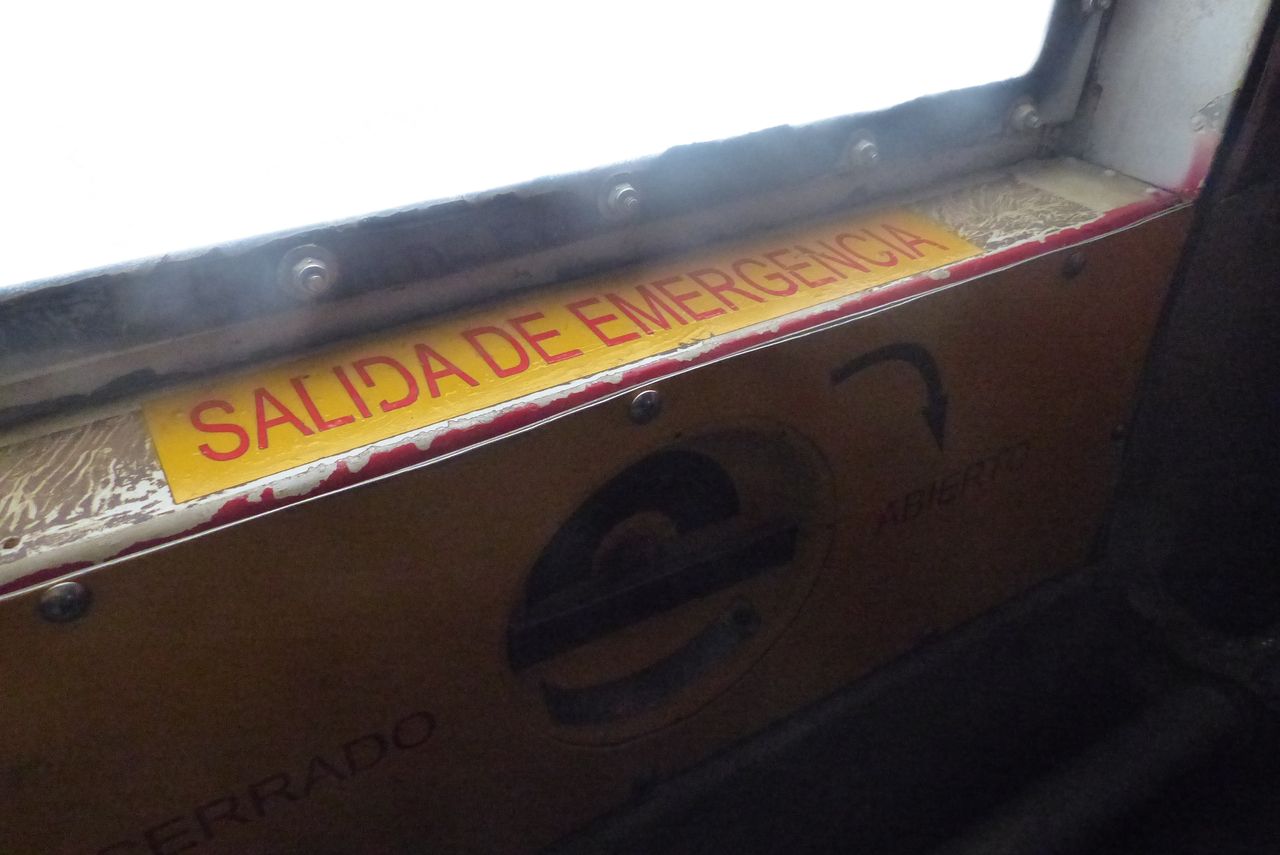 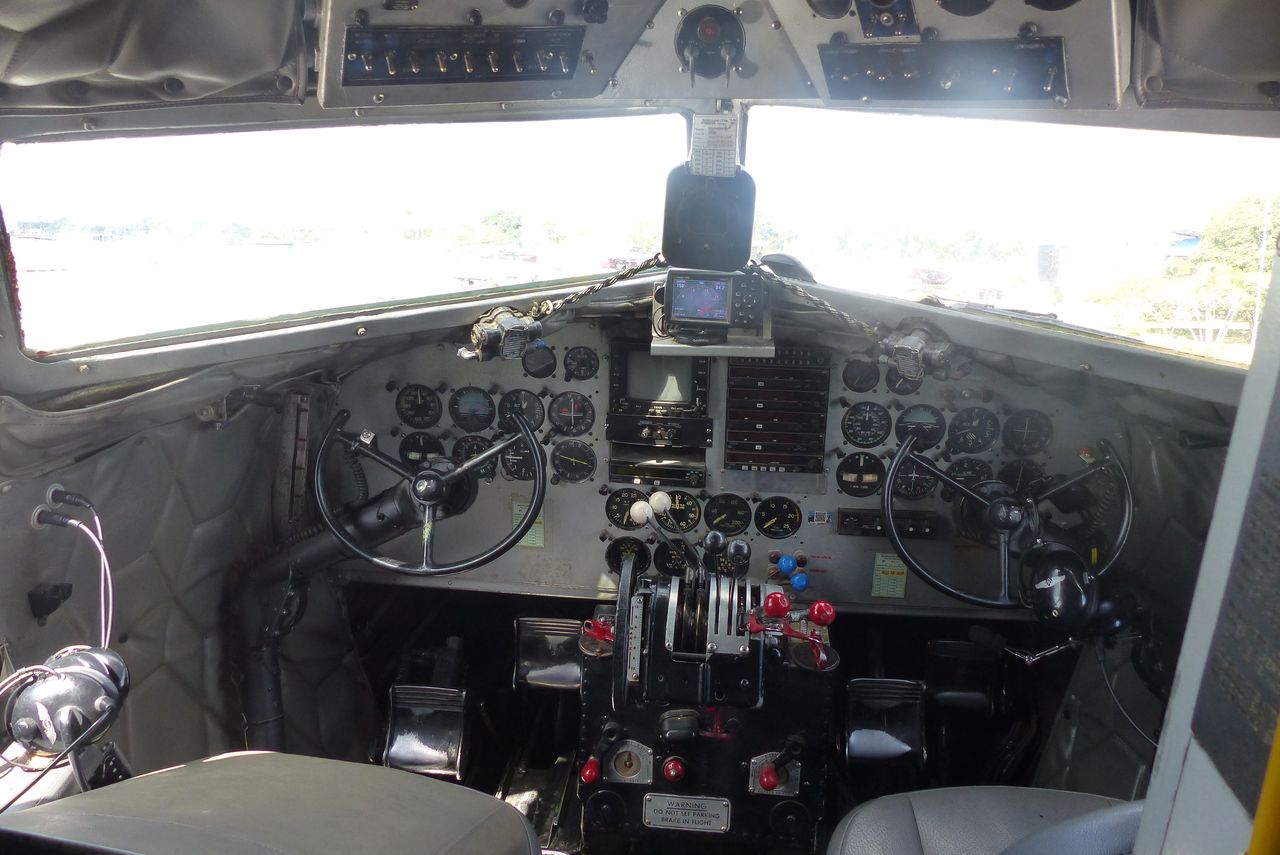 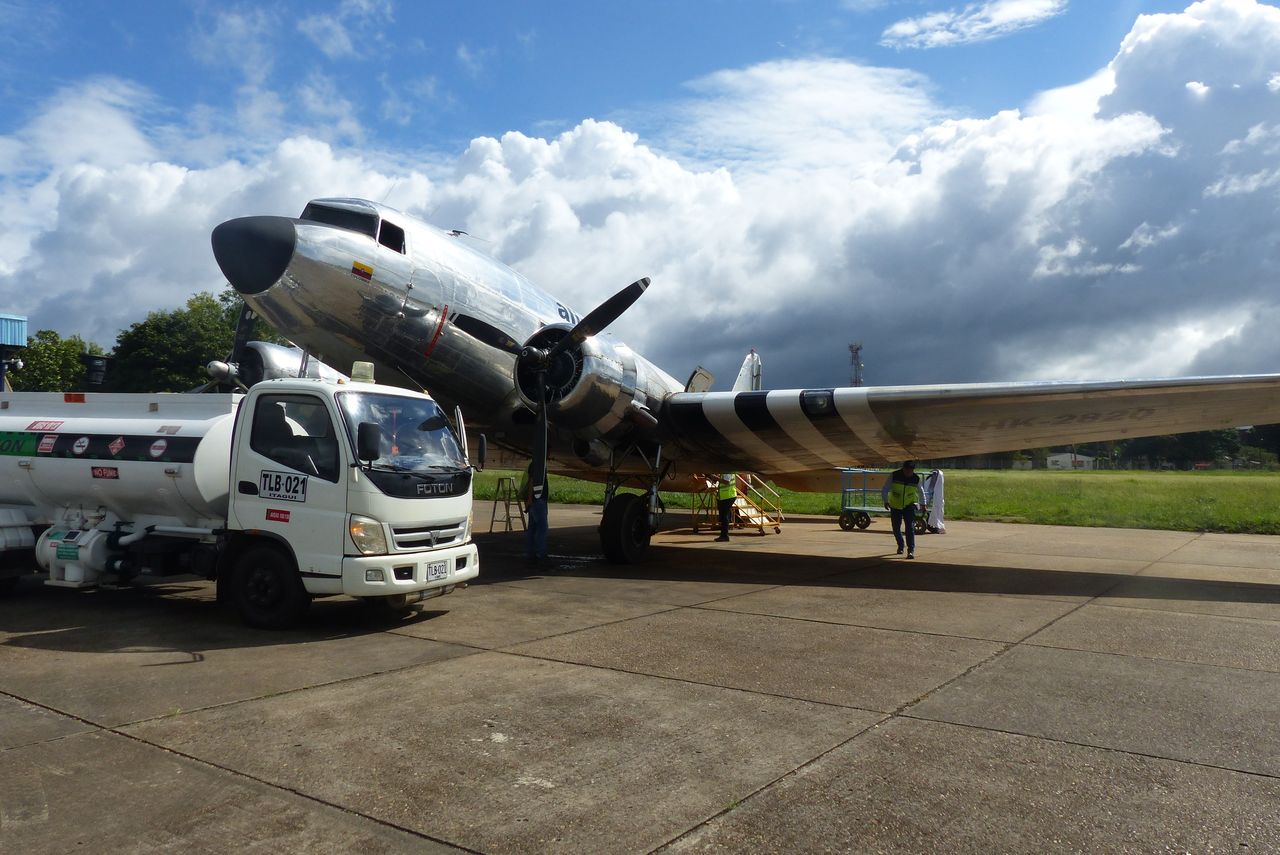 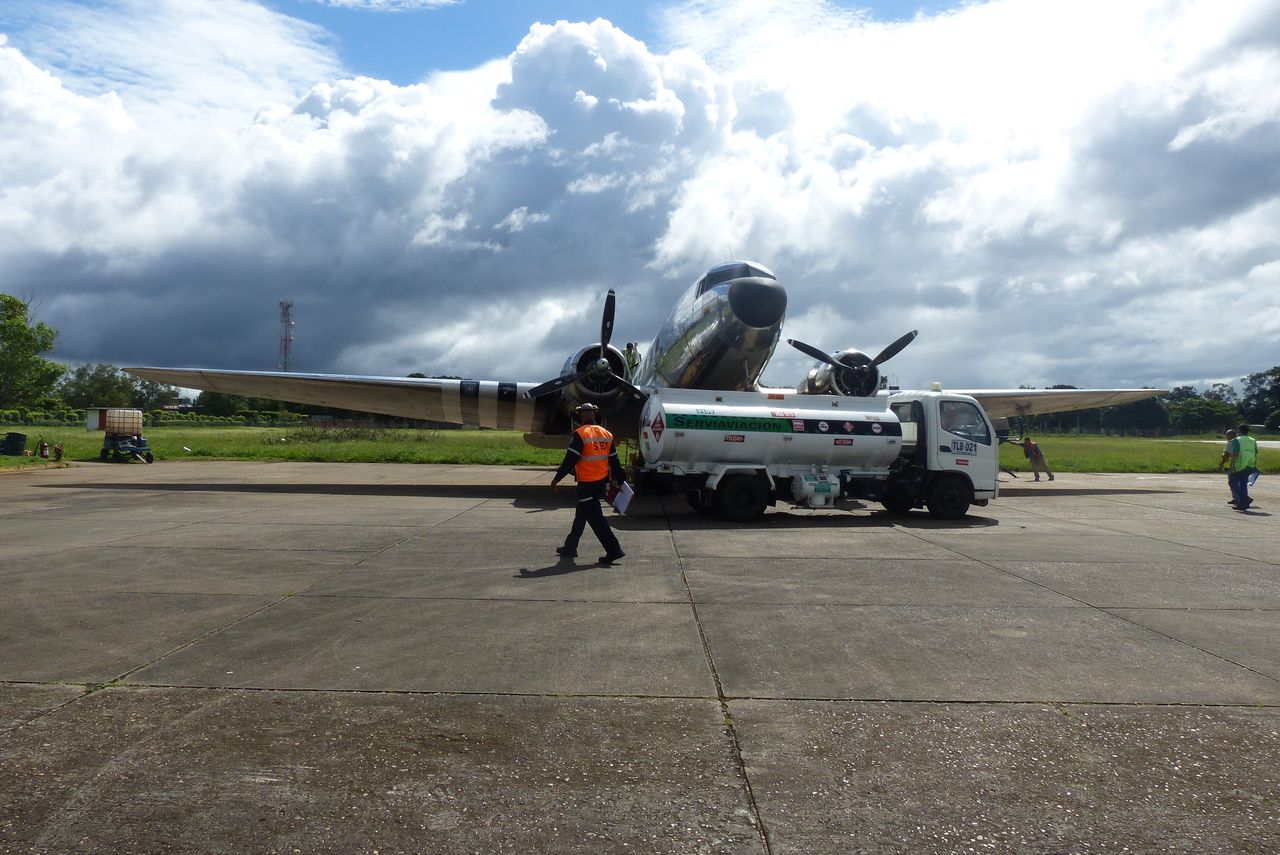 Once in the terminal, baggage were delivered next to the building, where we picked them up and after a security check, we could pick them up. I waited a few minutes for my collegue who arrived at the airport and we went to our house by a taxi. Time to relax and prepare our bag for the flight next day to Bogotá.

Thank you for reading!!
See more

Again no rating of the flight as I see it quite innecessary. I will do it with my following FR which will be published soon!