By Guillbcn BRONZE 340
Published on 25th August 2018
Hello again. After the experience with the DC-3 it was time to go back to reality and head to Bogotá again after some amazing days in the jungle.

Again in San José del Guaviare airport some good 1:15 hours before the STD, which was at 17:22. Getting to the airport is not easy, you can go by taxi or by a short walk if you are close to it. Once I arrived at the airport, the Check In counter was absolutely empty, which was strange for me. I'm used to be waiting some good minutes before the check in. Even I was flying with the "super promo" fare, baggage check in is included in the price, so thumbs up for Satena. 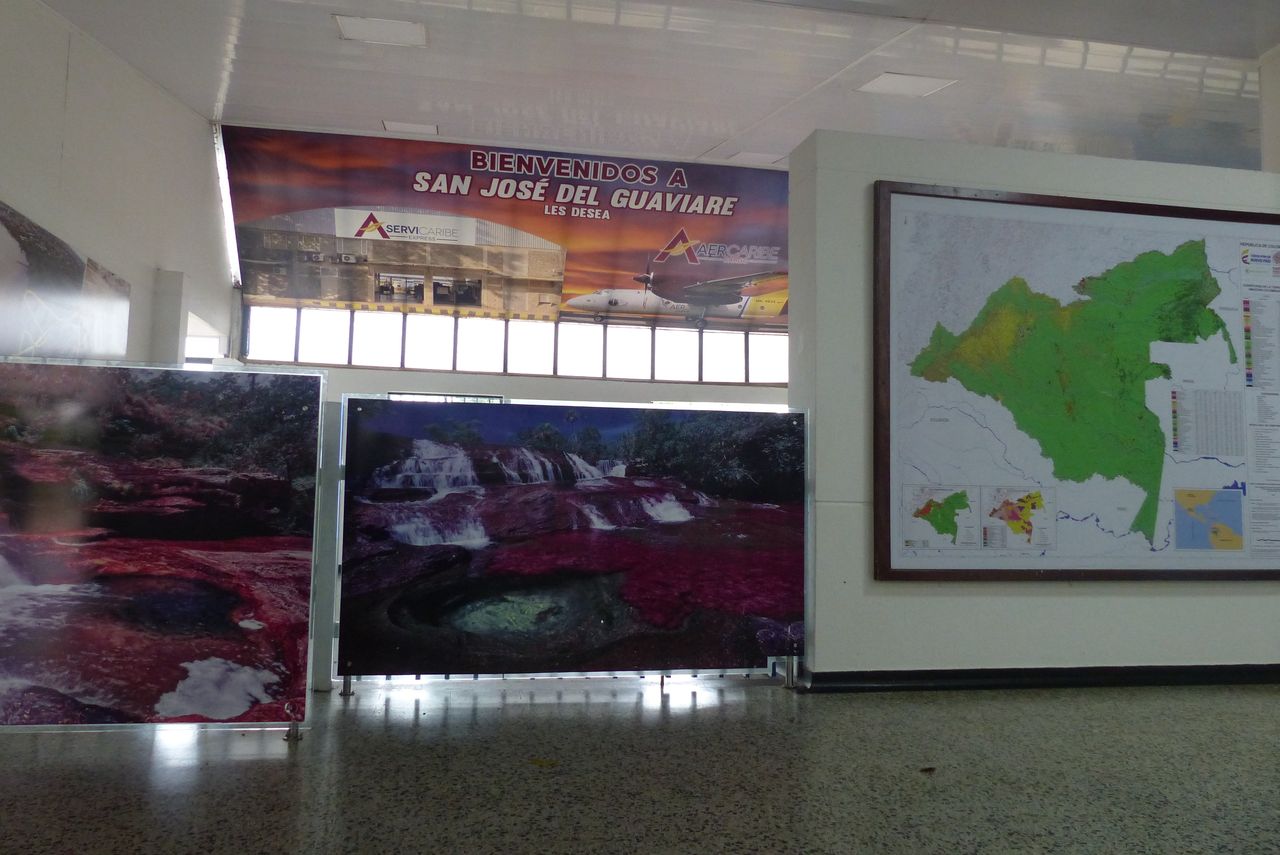 I waited with my collegue for a while until a worker of the airline screamed for the pre-boarding, which is the same proces as the other flight to Miraflores. After they look at your ticket you go to the waiting area where police is making the security check, as the airport have not X-ray machines. Once in the pre-boarding area, it started raining, a big storm was coming to us. The plane arrived while outside was starting to rain a little bit. Disembark was made quite fast and soon another voice called us for boarding. As rain didn't stop, airport services gave satena's umbrellas to some passengers, most of them were woman. 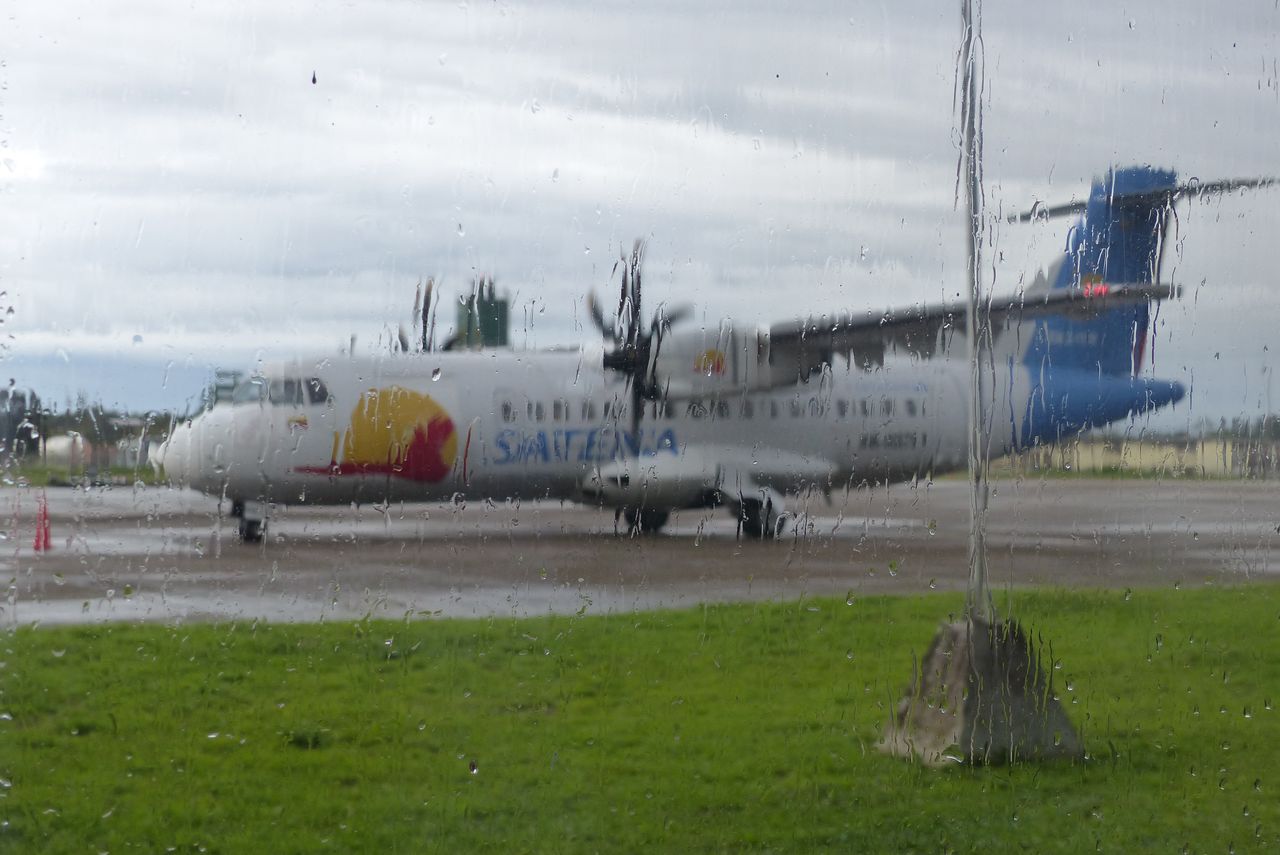 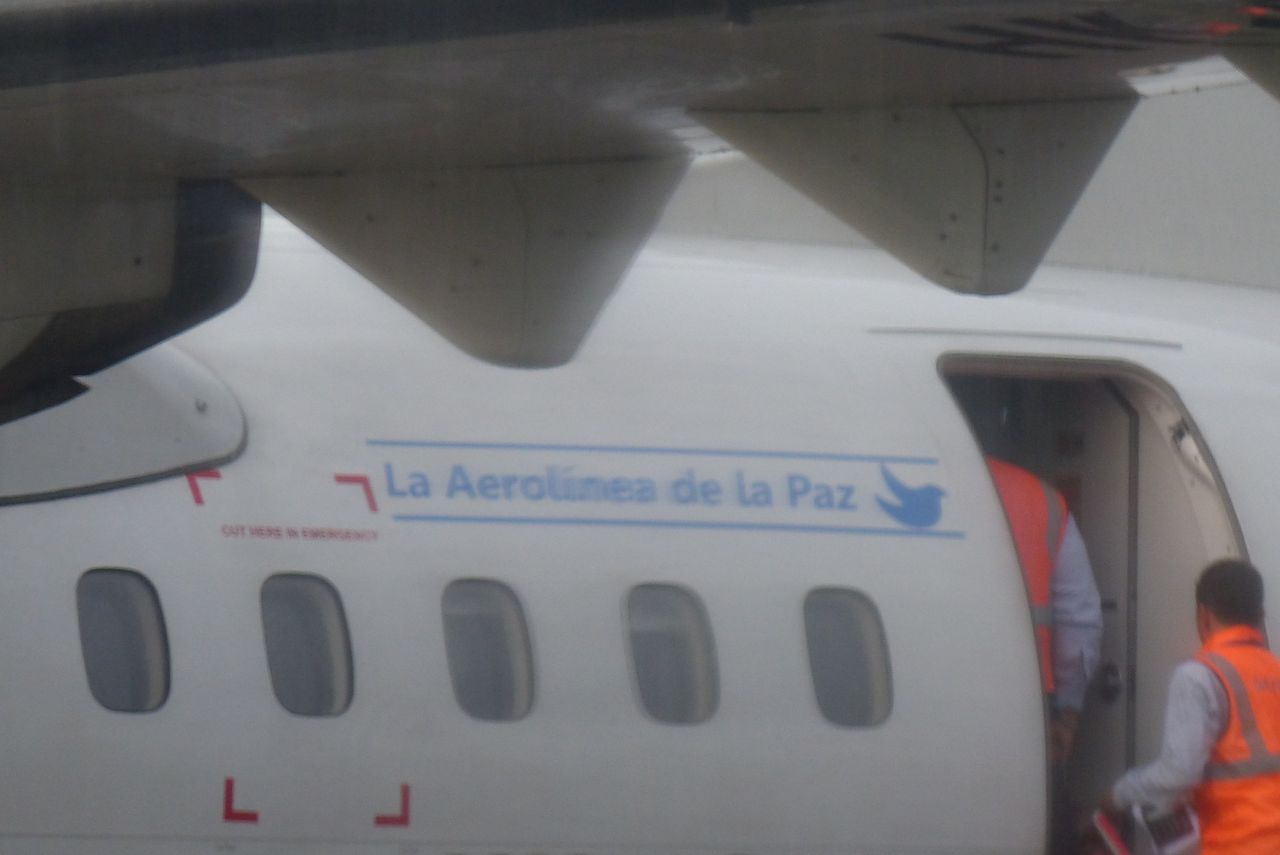 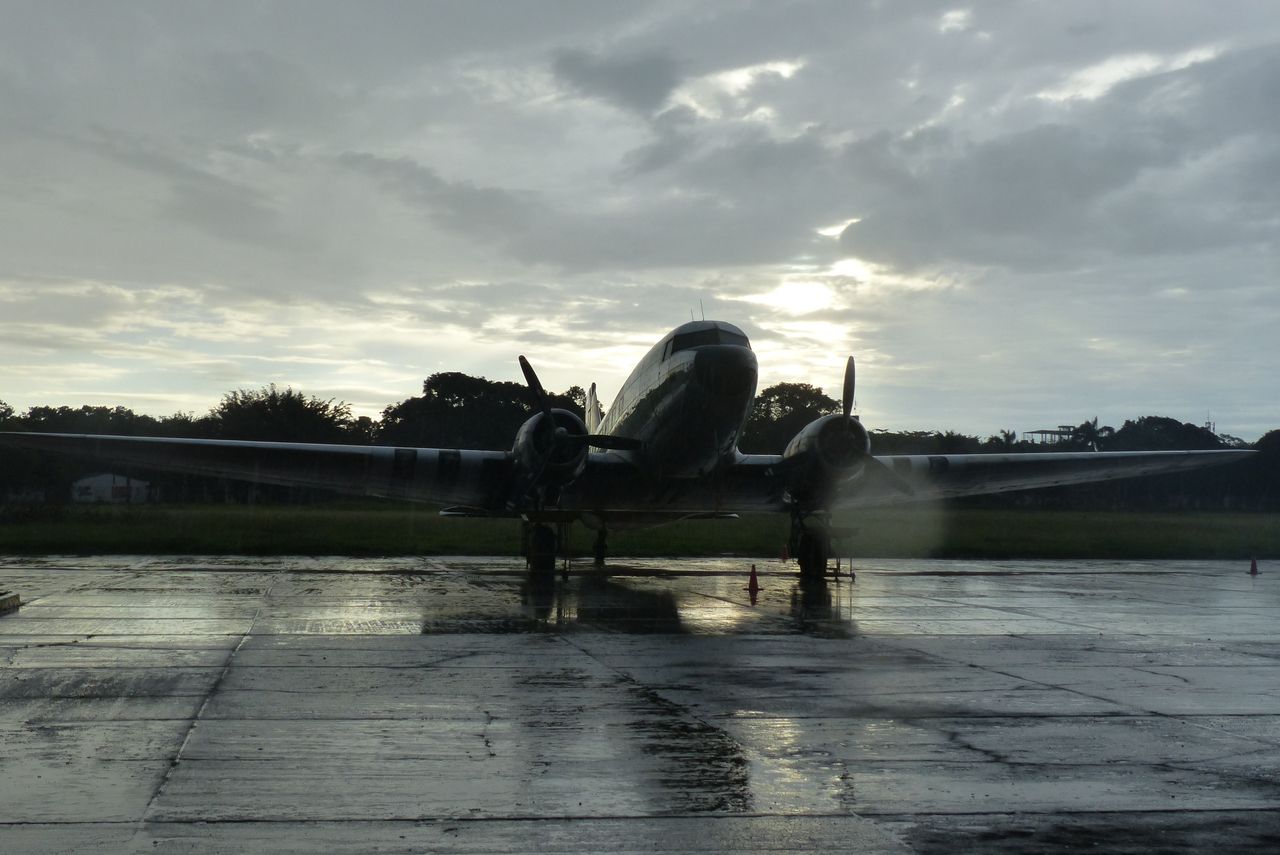 We waited some good 10 minutes in front of the plane, I was wet and quite worried because of the storm (I'm not a big fan of turbulence at all) 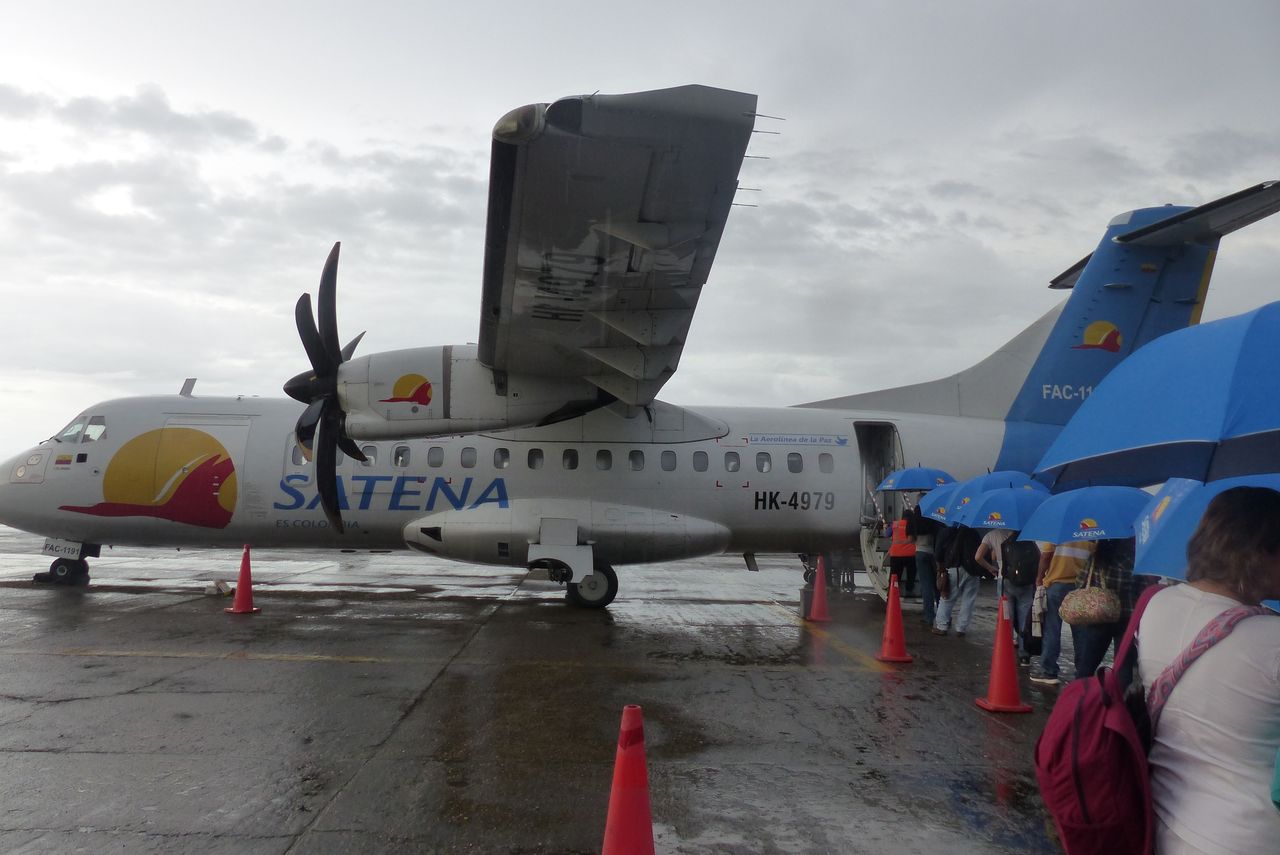 Wingview once I boarded the ATR-500 and I was located on seat 8D, next to the window. Flight was full today and there was only one TCP. 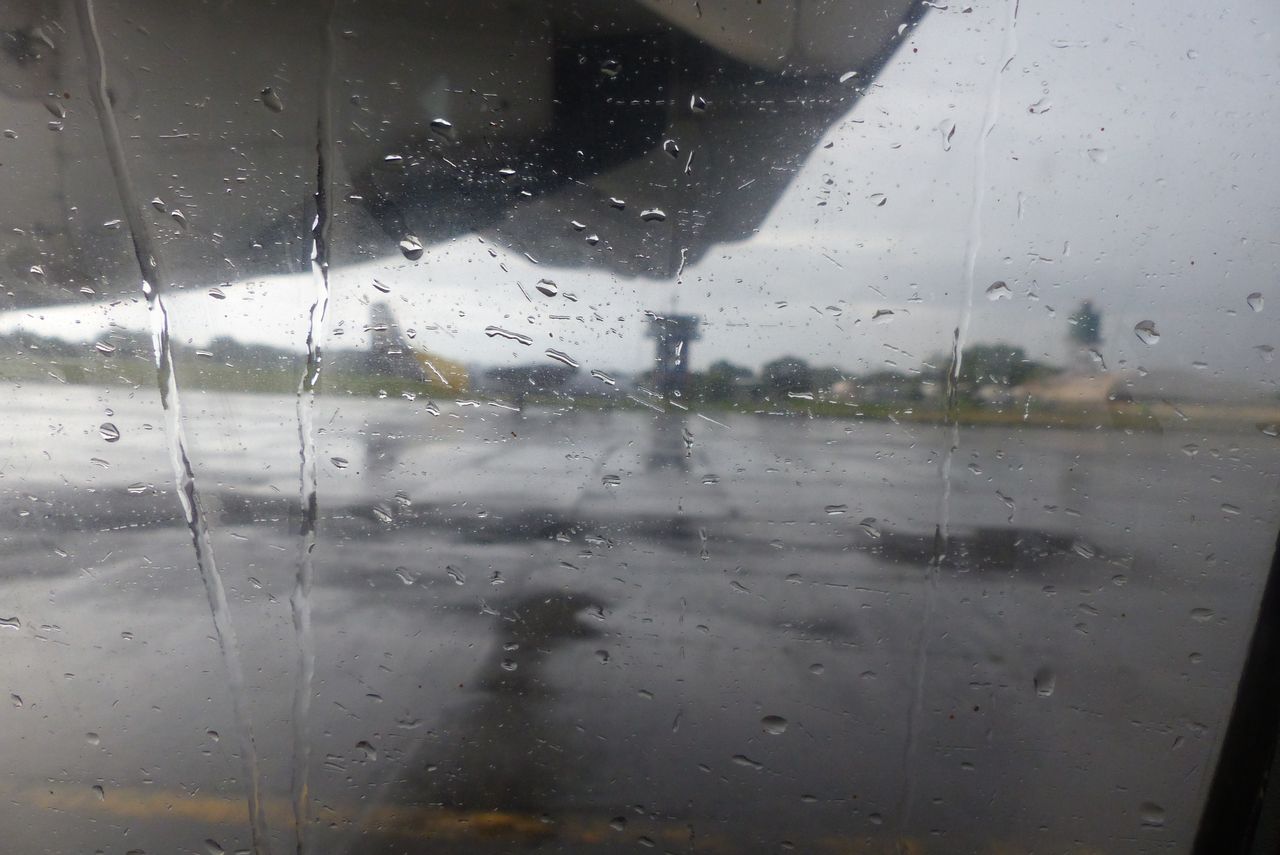 Before the big storm started, captain turned on the engines and we headed quite fast to the runway. I think he was running fast to escape from the storm. By the time, the cabin crew gave us some safety instructions.

Cabin crew please take your seats for take off 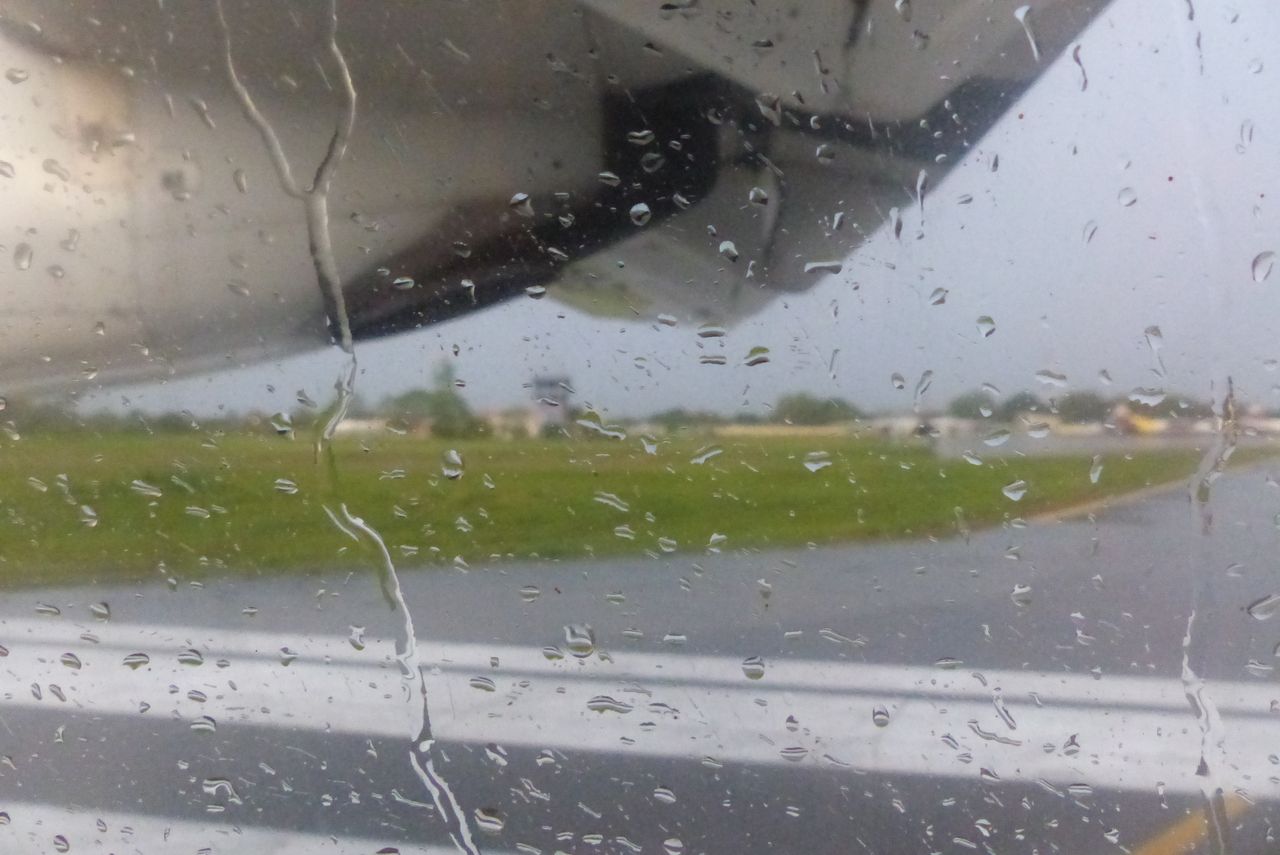 One last picture to my friend 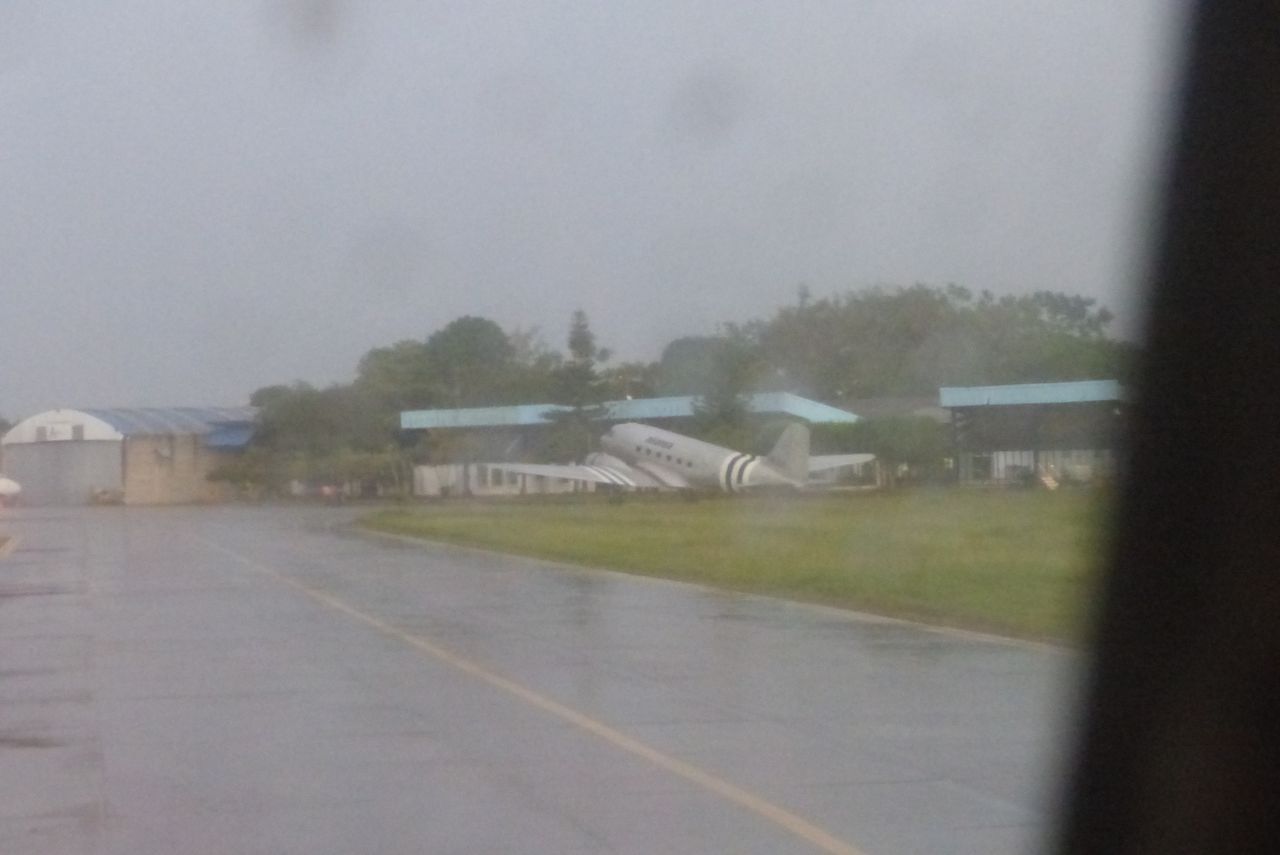 And off we go, after take off at 17:45, some twenty minutes late, a quick left-turn to avoid the storm and the river "Guaviare" was crossed. The river is the border between Meta and Guaviare regions. We are heading to the north today. 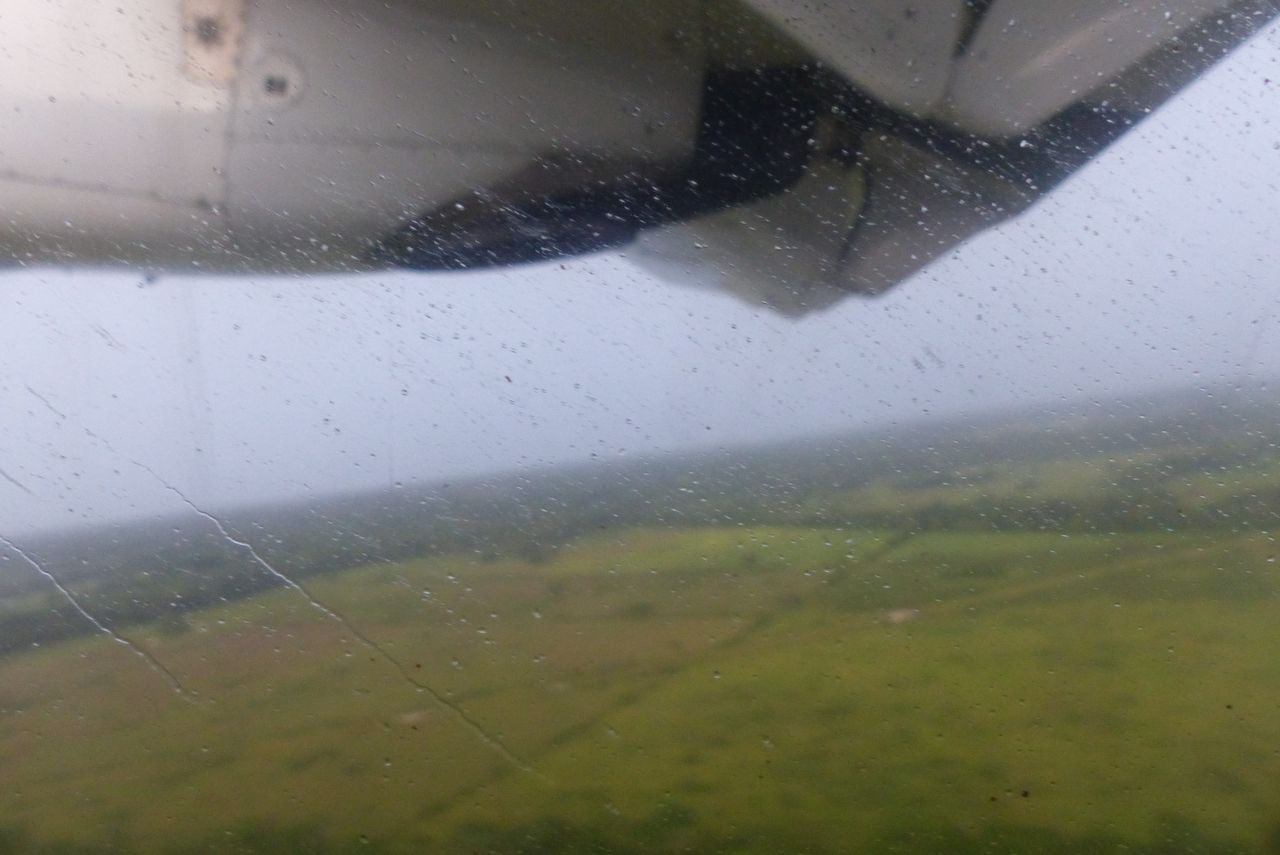 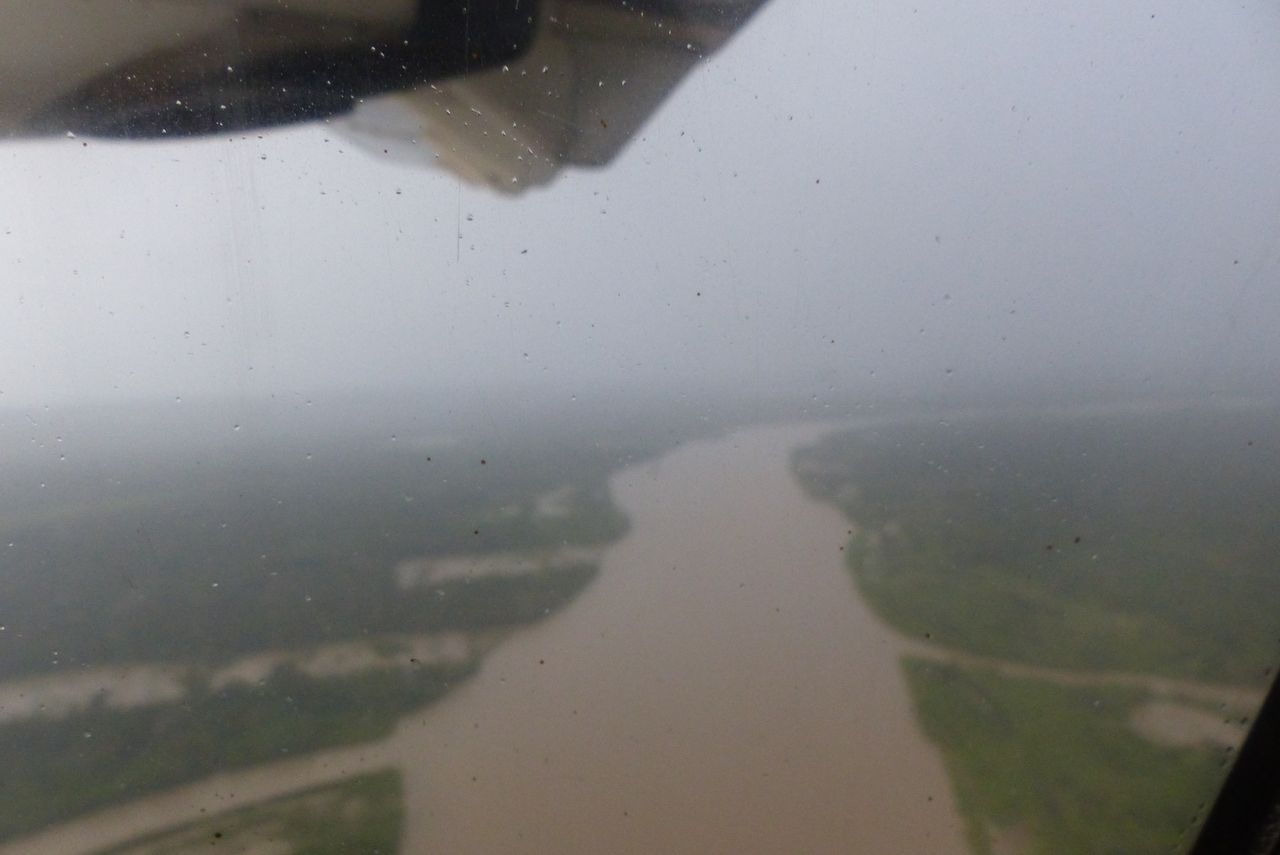 Hopefully we avoided the storm and the seat belt signs were turned off after some good 5 minutes in flight. We were flying through the "llanos" by the time. 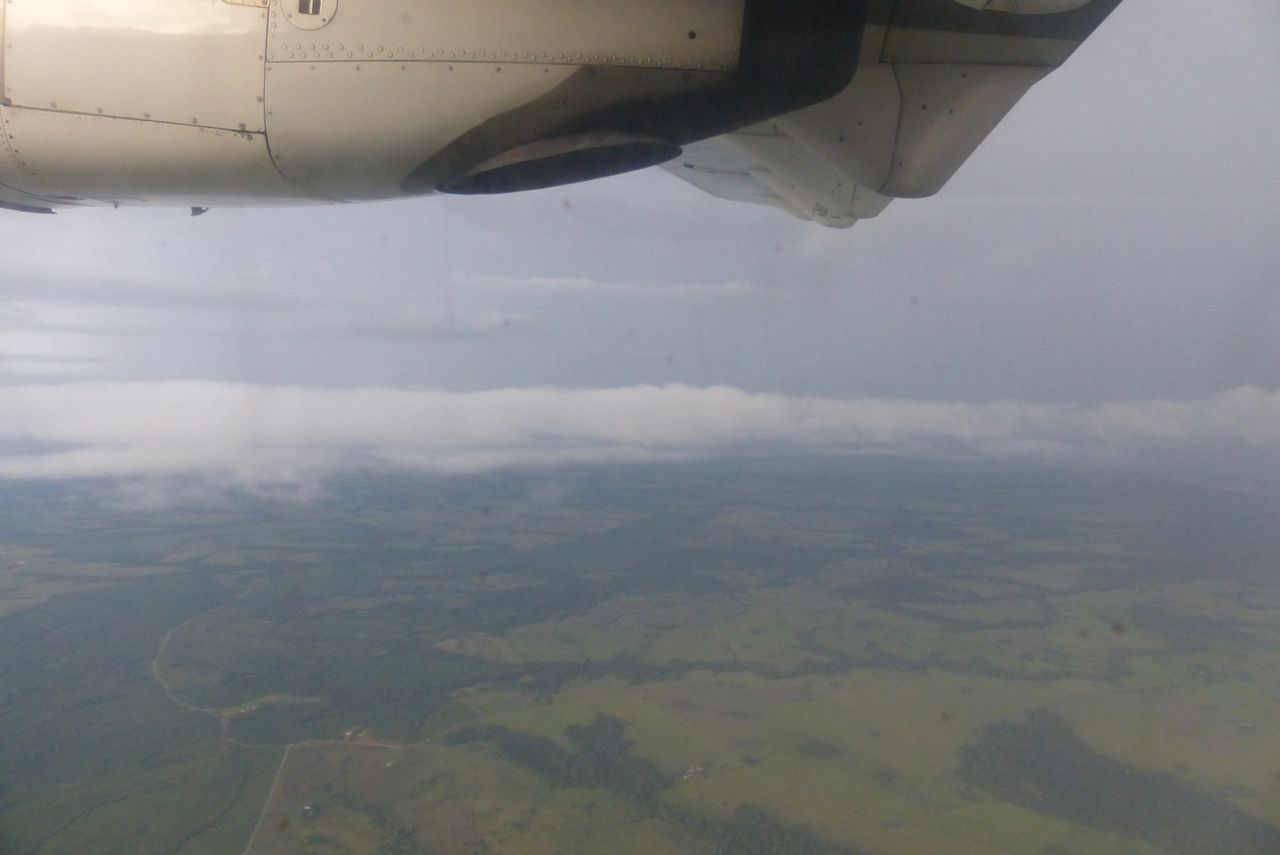 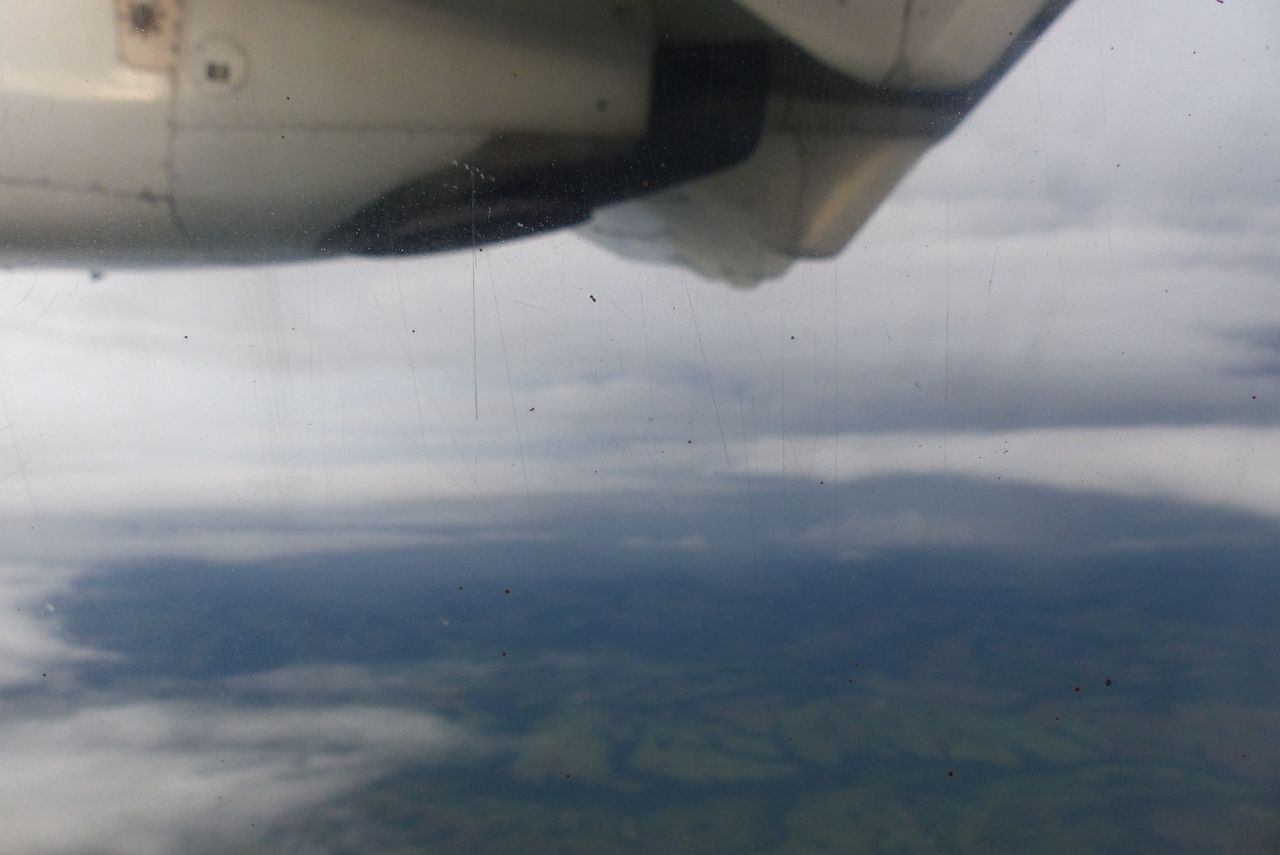 Cabin was very quiet. The crew started with the service. On these flights only drinks are offered. I requested a Cola and some coffee. Maybe a cookie or a little sandwich will be quite good. I don't know if on longer flights to Arauca or Vichada regions these kind of meals are served on Satena flights. Also seat pocket contents, but there's also the magazine called "Volar" which is very interesting. 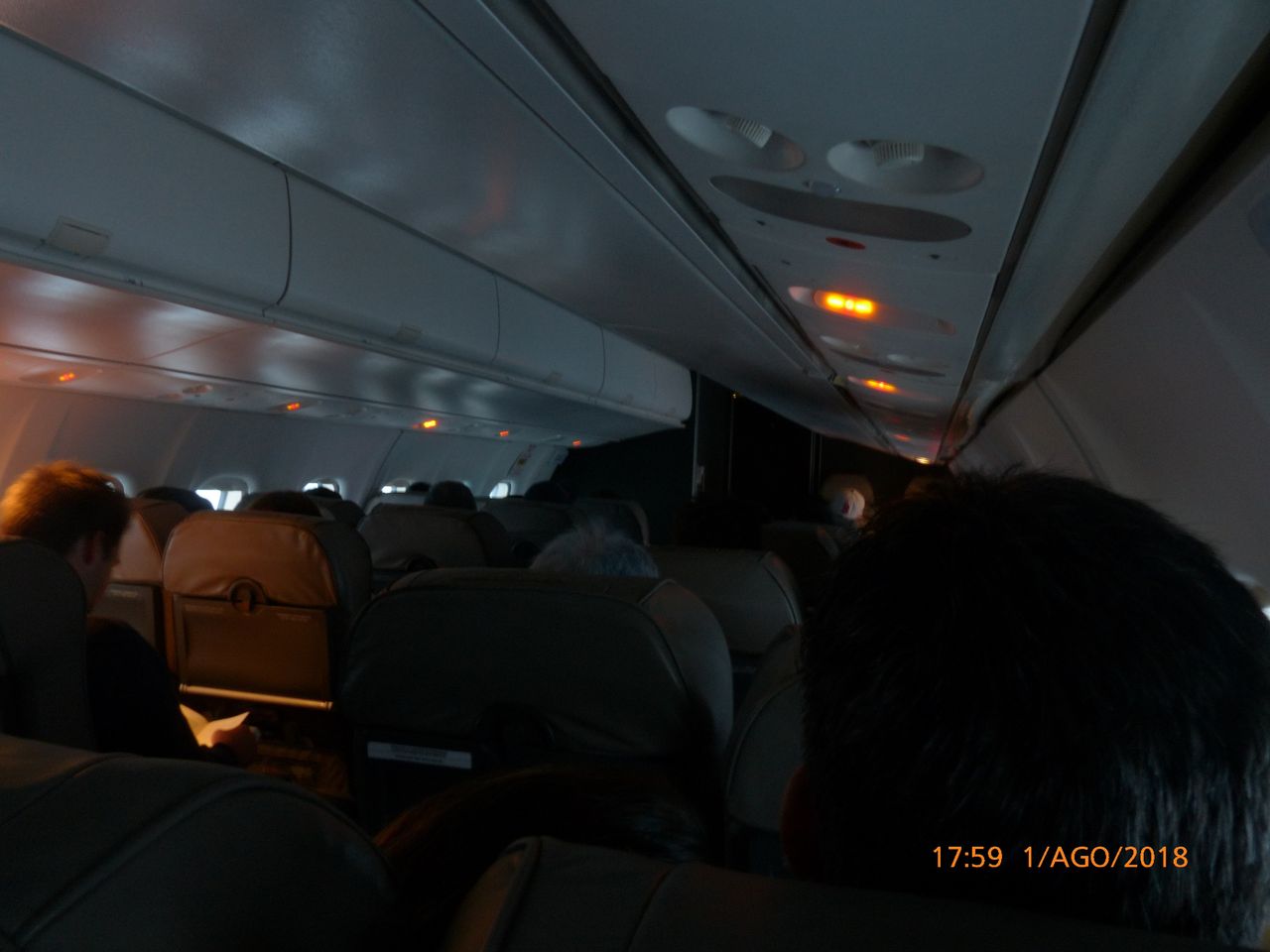 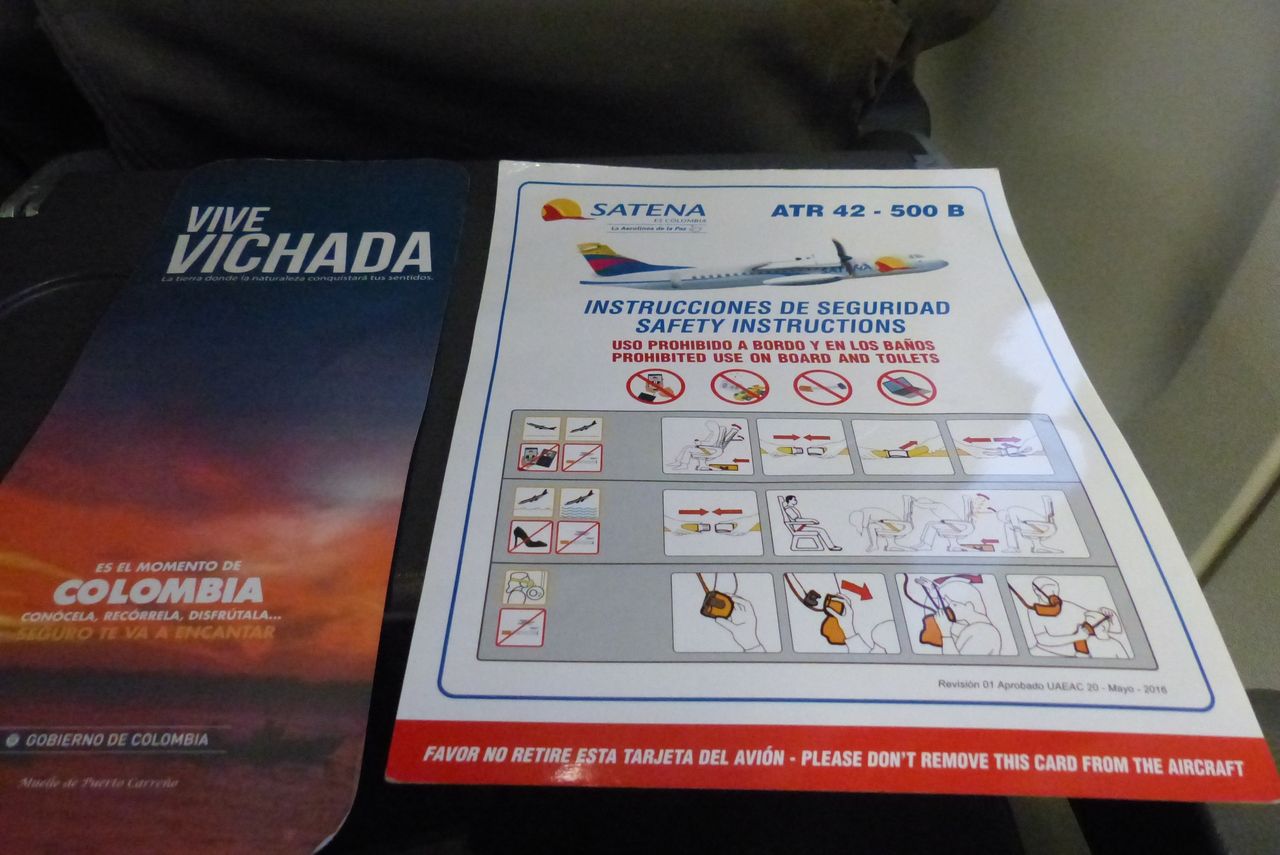 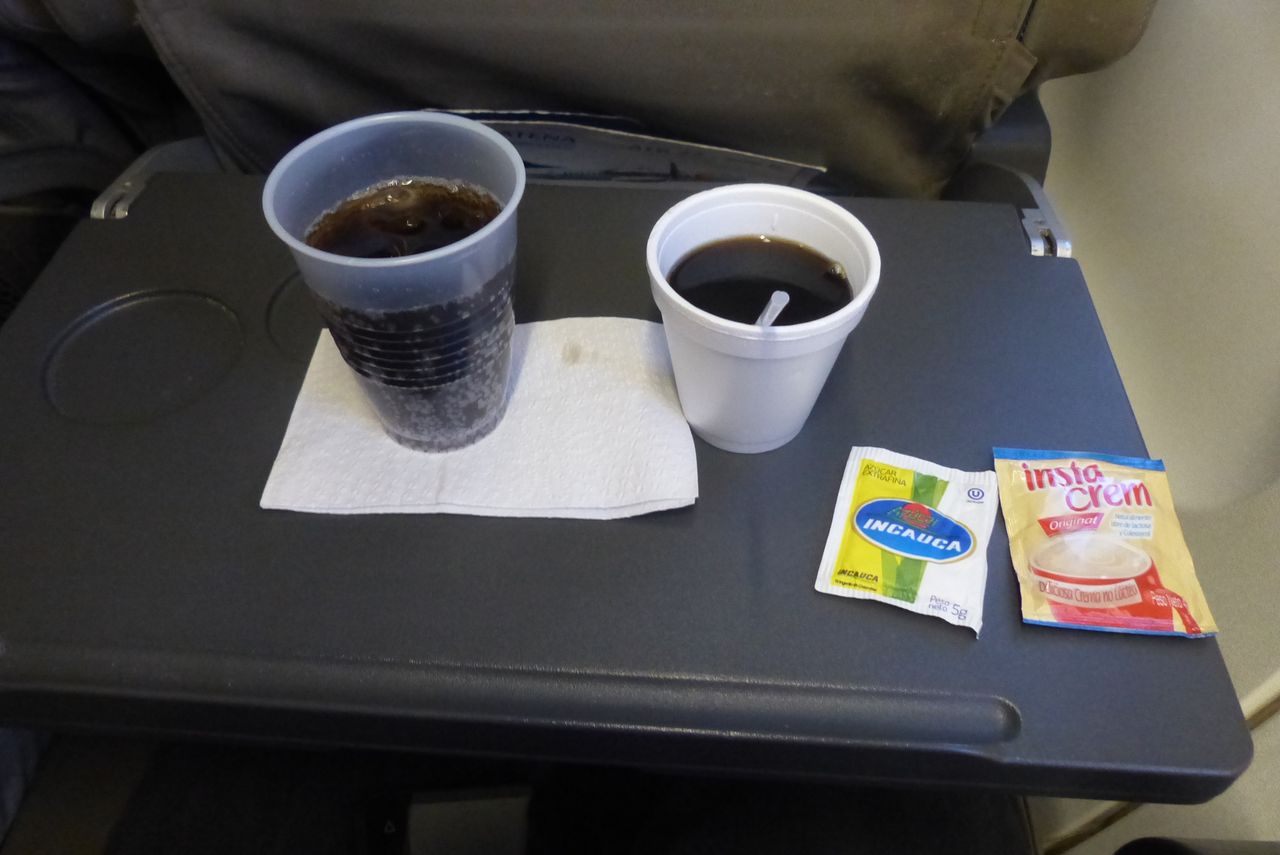 Flight route passes over Villavicencio, which is the capital of Meta region. After that you have to across the few kilometers of Andes which separates this city with the capital of the country. Views were so nice even it was partly cloudy and getting dark. 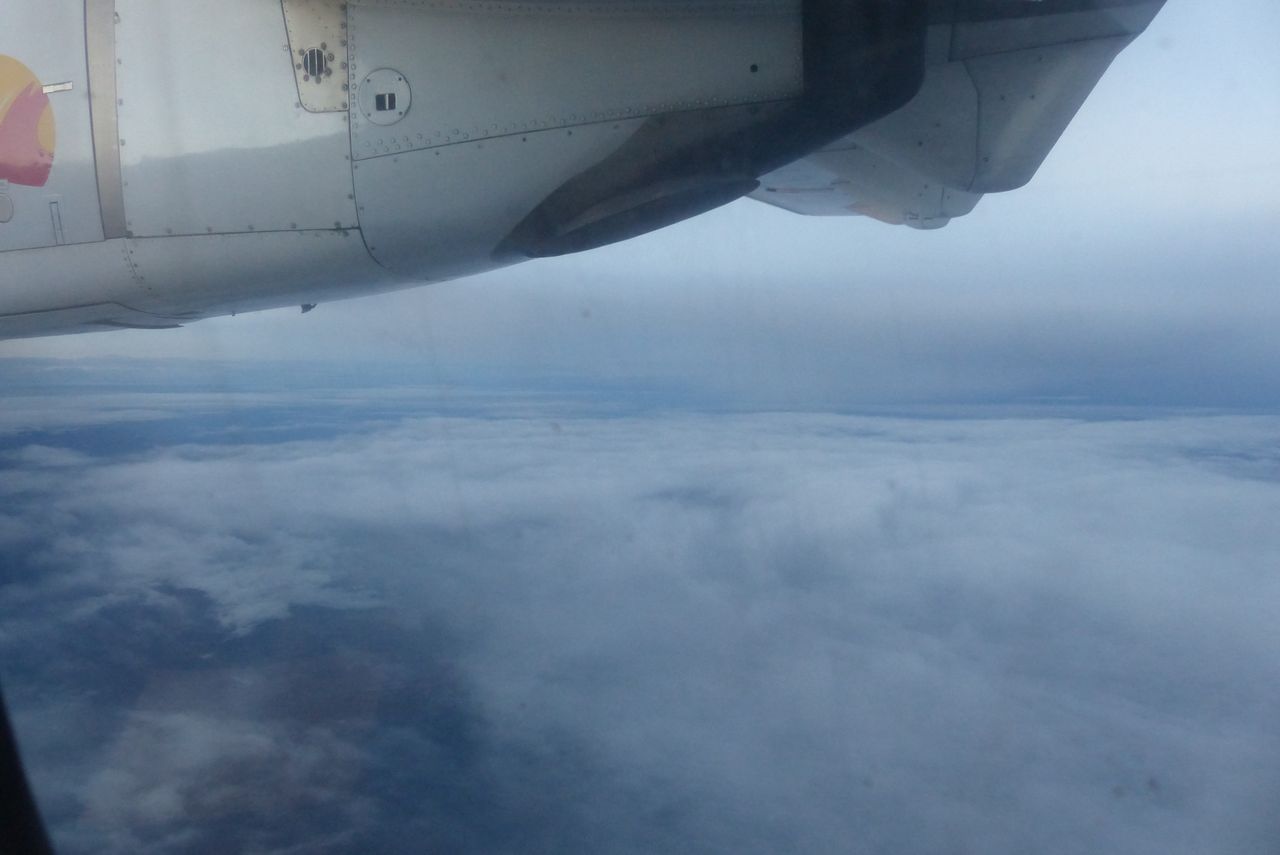 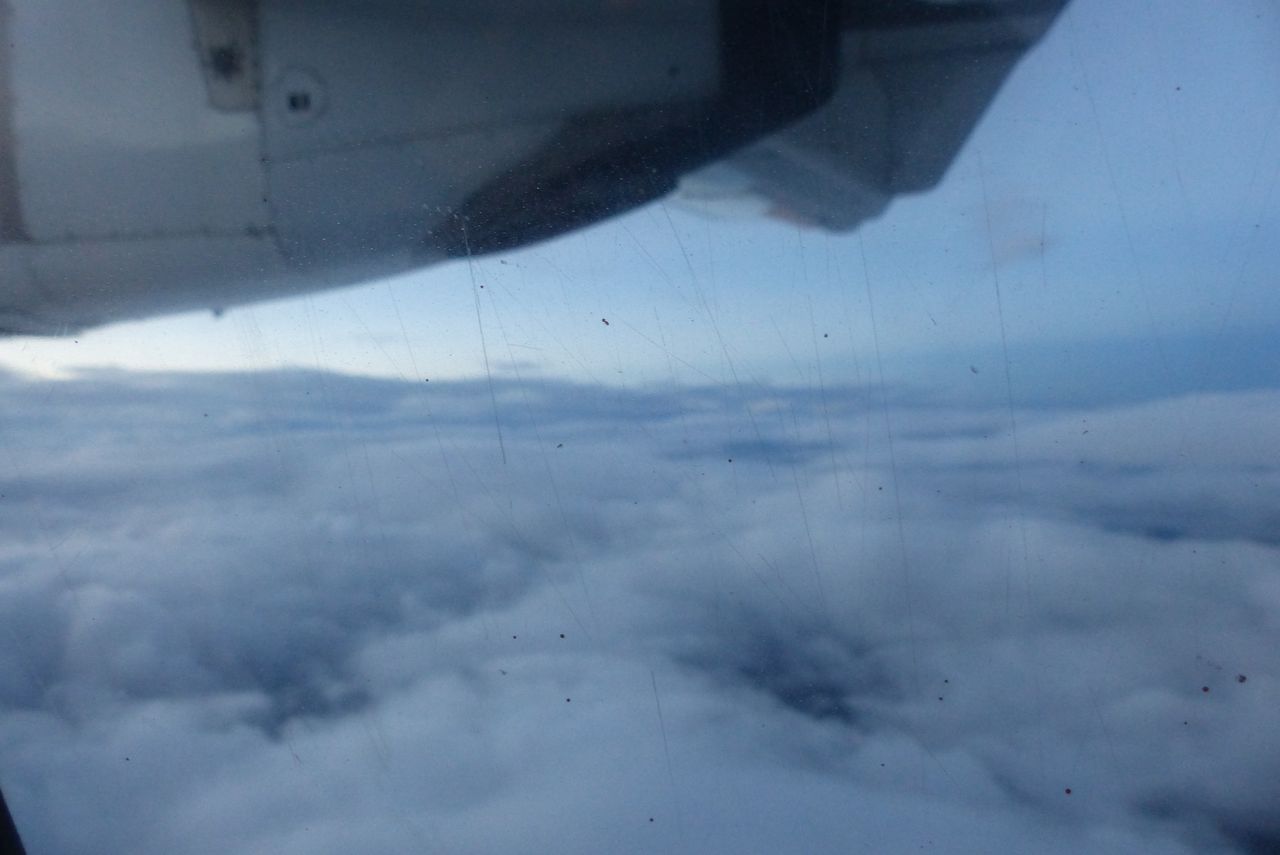 Only a few minutes later, Bogota crowded streets were at sight. The plane started the descent while overflying Villavicencio, even the descent is very very slow due the altitude of the mountains. Only when you overfly Bogota, and while you are turning around the plane is losing altitude. 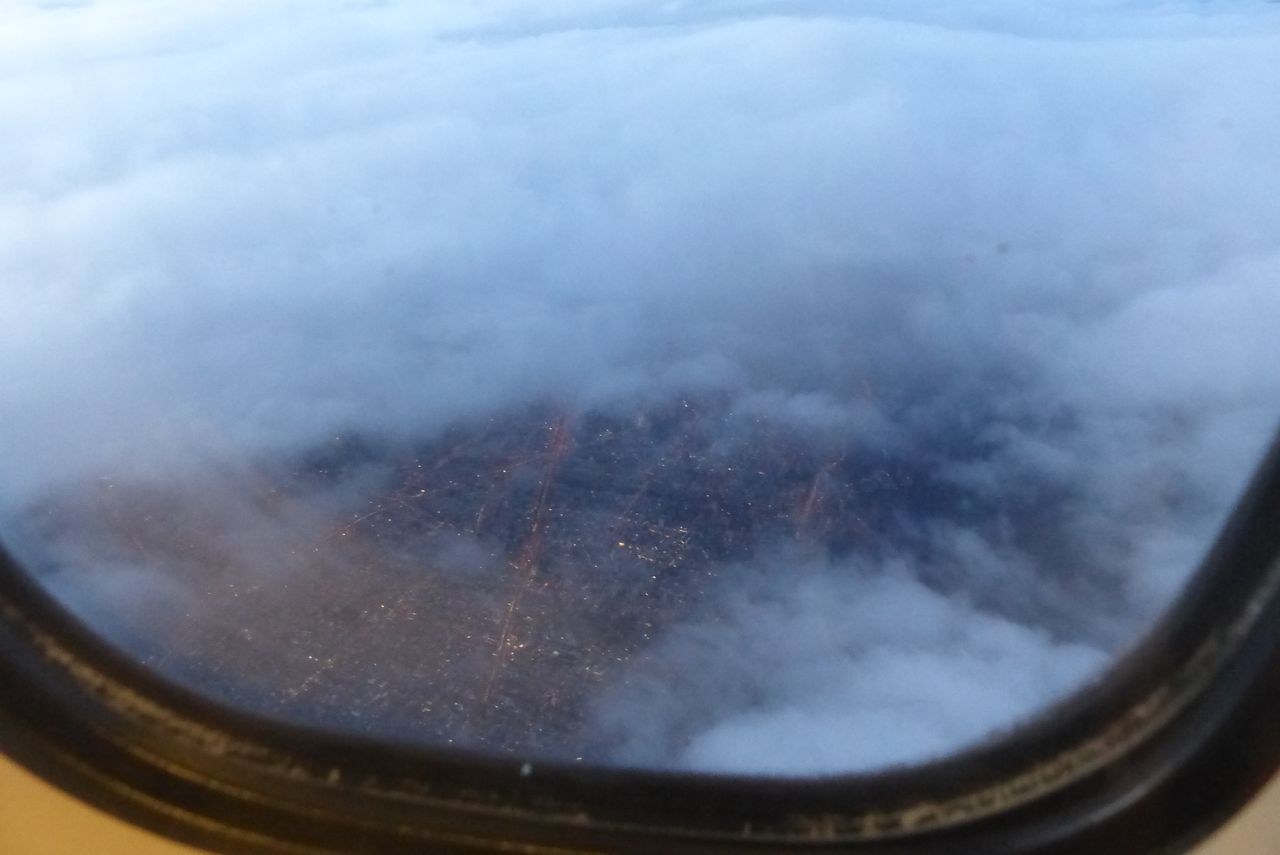 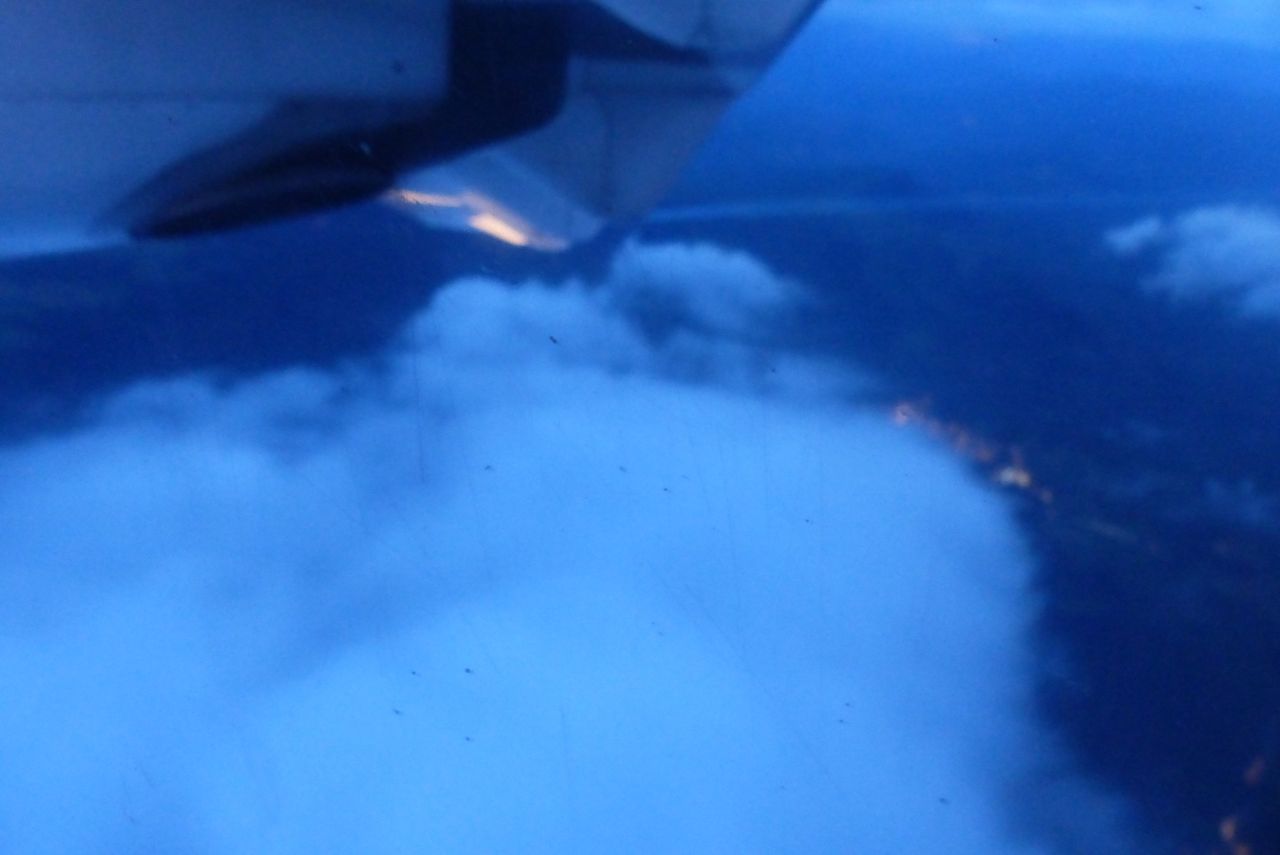 After a feew minutes, 180 degrees turn and lined up with the Runway. 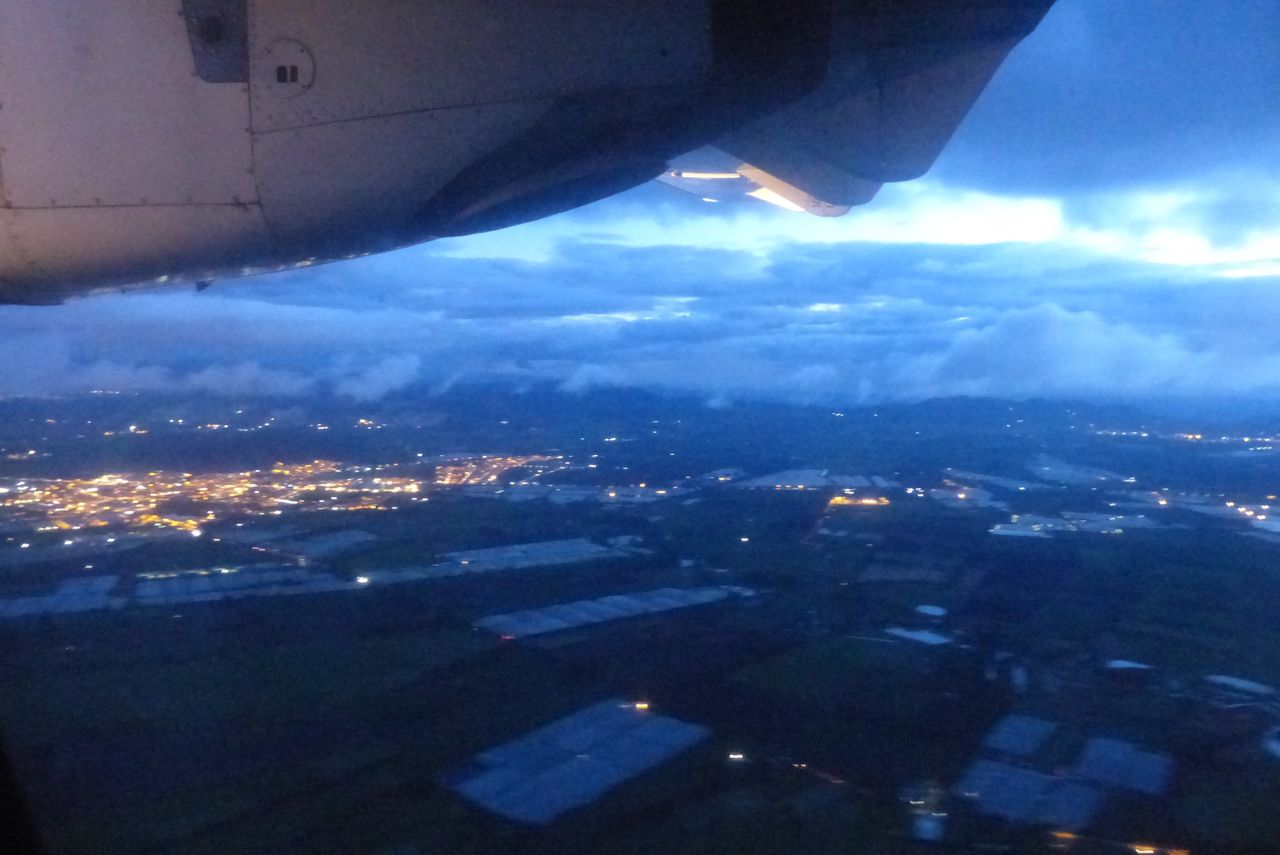 On final. Cleared to land 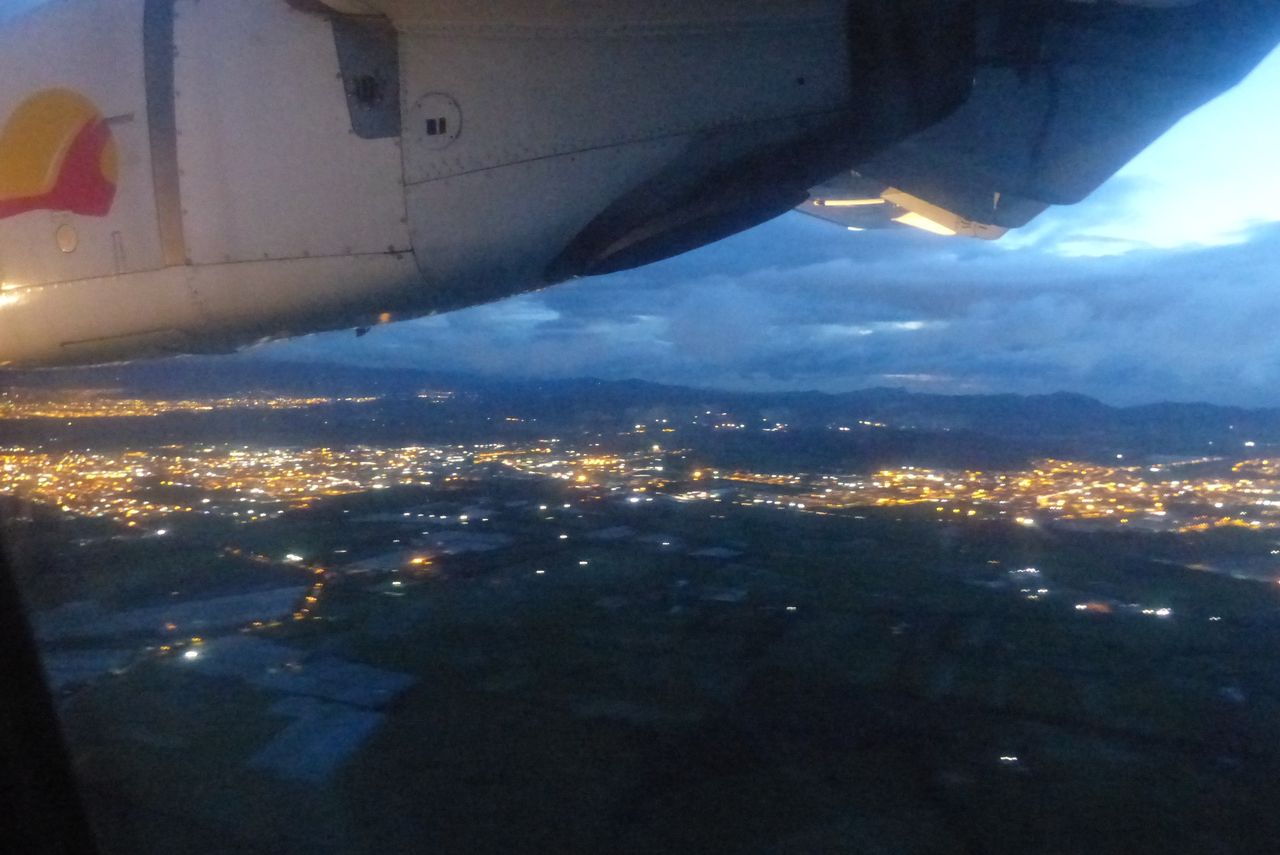 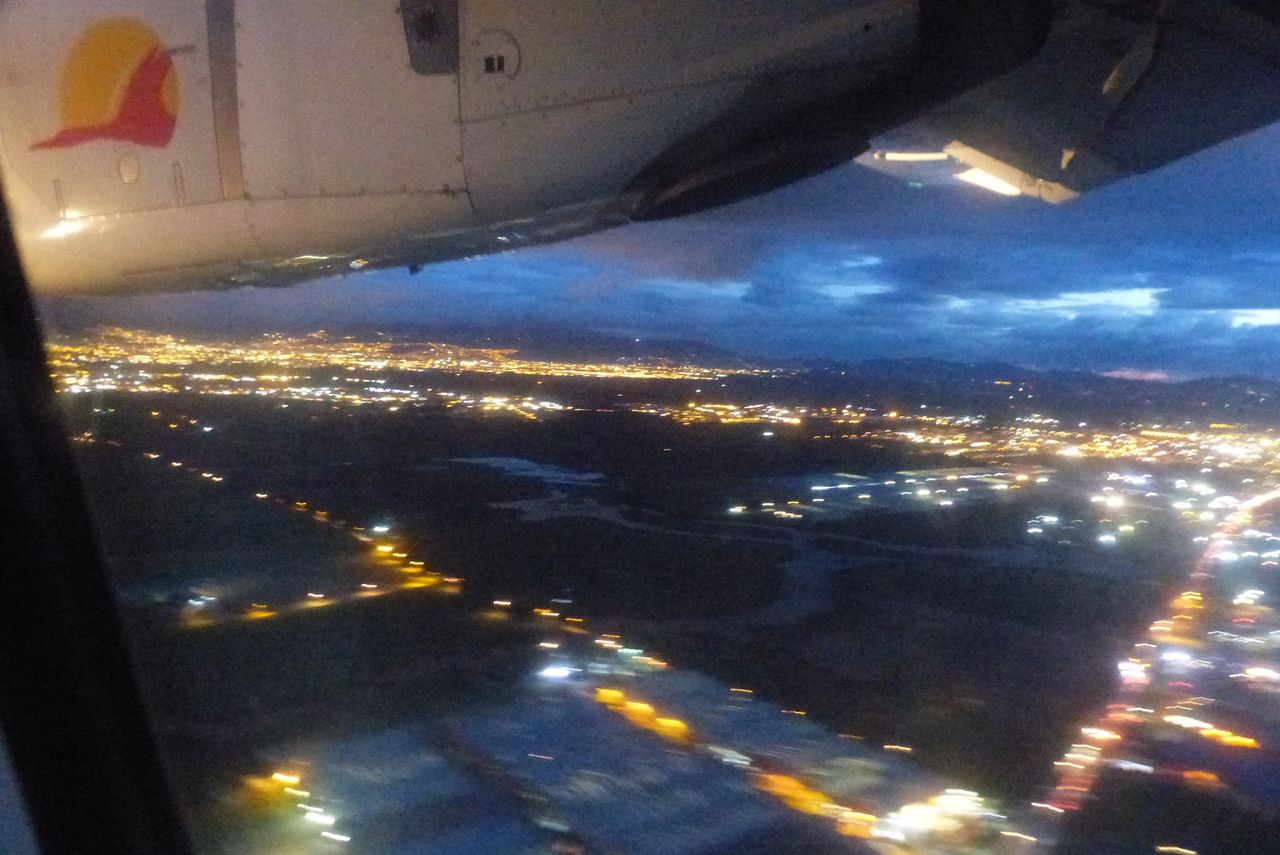 And landed after some good 50 minutes in the air. Again in the capital of Colombia. Cold, rain and a little of wind. What a change!

Air Europa 788 getting ready for it's flight to Madrid tonight 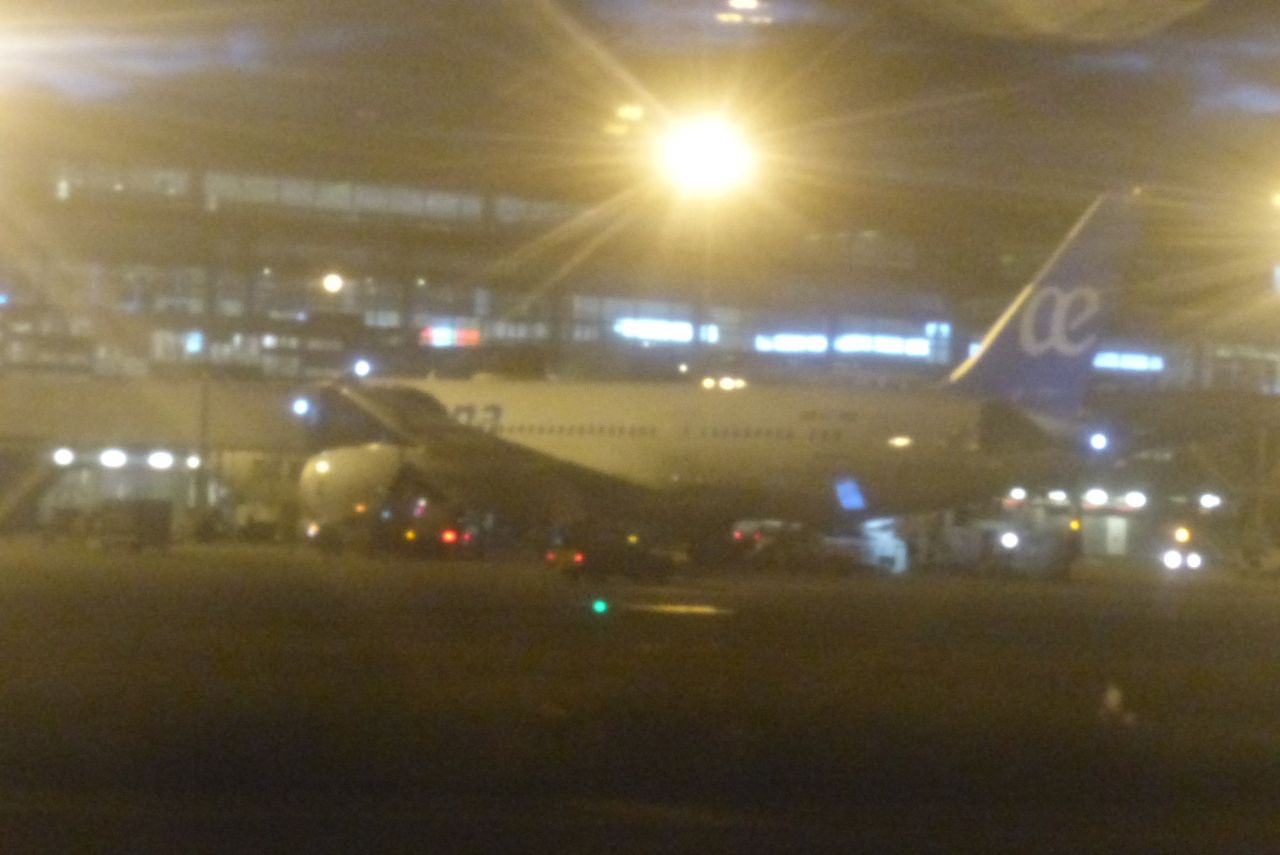 And parked in our final position 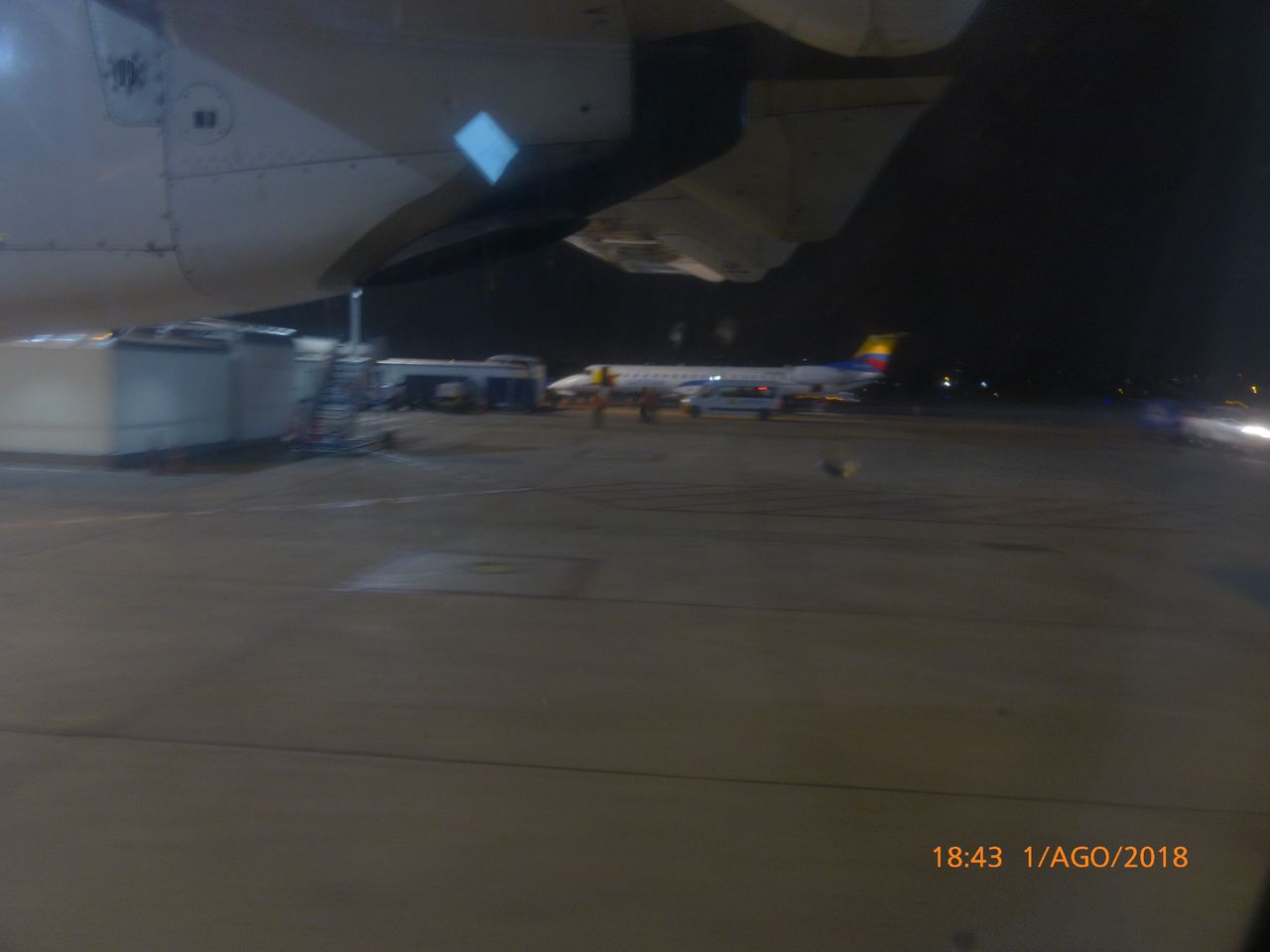 After disembark, a short walk to the terminal and after a few minutes I collecte my bag. Satena is operating in the National Terminal. Then I picked up a taxi and I went to the hotel where I could sleep in a king-size bed after a month sleeping in the floor. What a great feeling guys.

Thanks for reading! In a few days, when I come back home I will be publishing my flights back.
See more

Overall a good experience with Satena, standard service but I am satisfied with the ground service. Seat selection and check-in baggage included in the price. On air free drinks (maybe I was expecting a cookie or something to eat but that's not bad anyway) and very nice views. San José del Guaviare is not a destination operated by Avianca, only Satena, but overall Satena is providing some cheaper prices than avianca on national routes, so don't doubt flying with them.