#64 out of 139 Airlines A minimum of 20 Flight-Reports is required in order to appear in the rankings. 659 reviews

By jetcitytraveller 580
Published on 24th November 2018

I took this flight to visit Nashville on a Friday evening for a short weekend trip with my grandparents for a wedding, with a planned (emphasis on that word) return the next Sunday via Atlanta on 2 757-200s.

At about 1:50 pm, I got a notification for a 30-minute delay on this flight, now getting in at midnight. Despite that, I took an Uber to the airport at 2, getting in at 2:30. 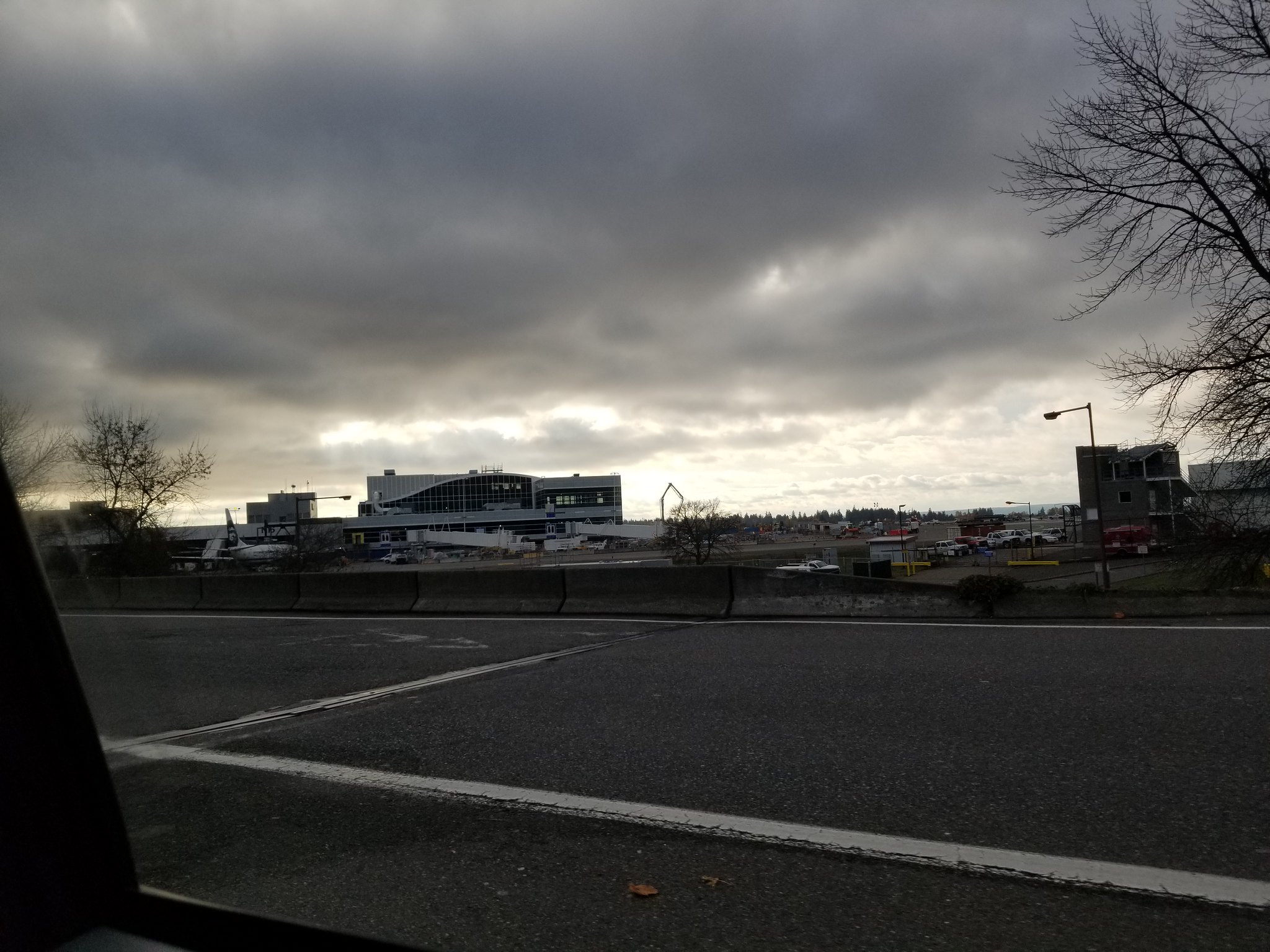 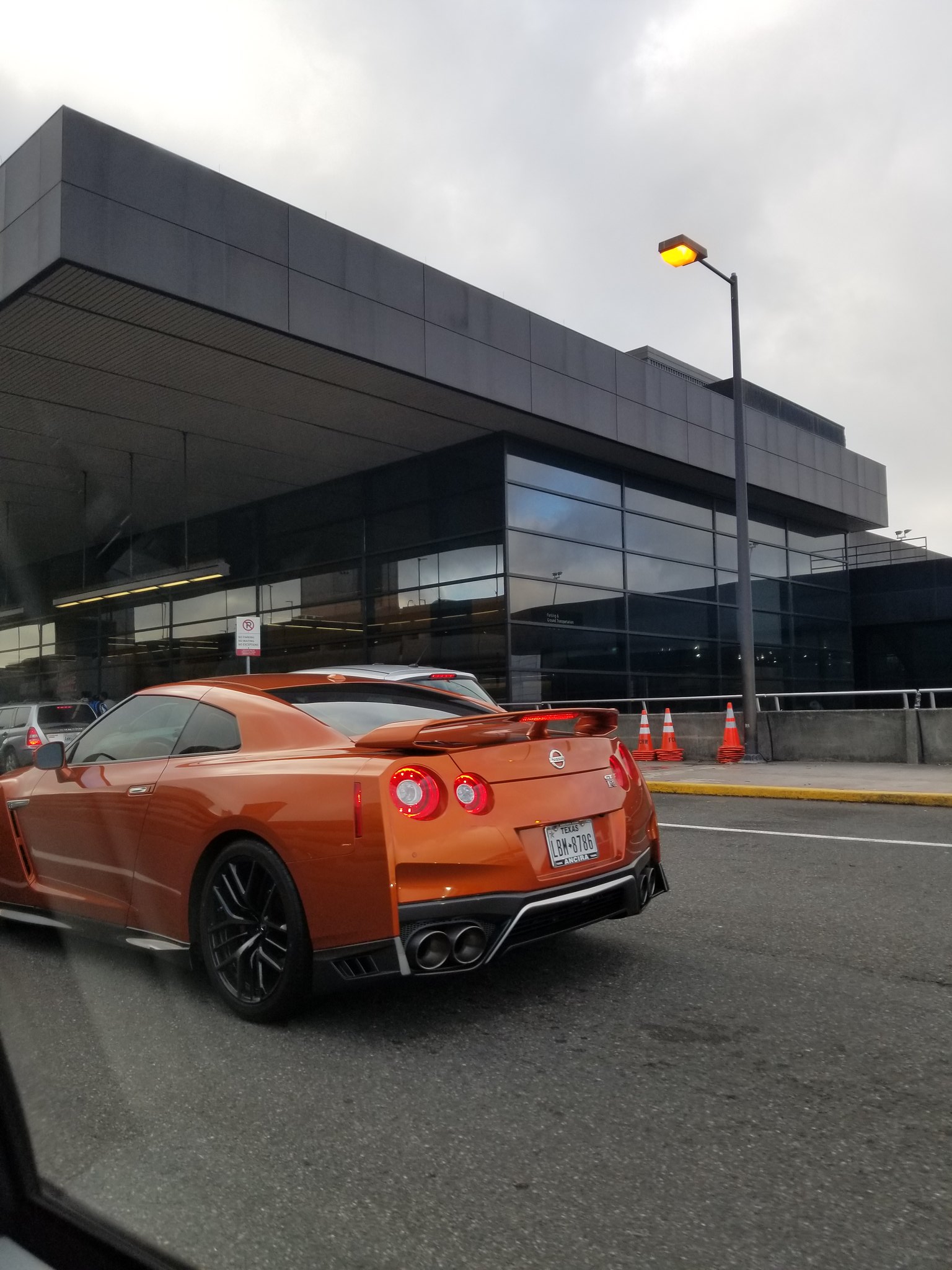 The check-in area wasn't very crowded, so I was able to get checked in and drop my bags in only a few minutes. 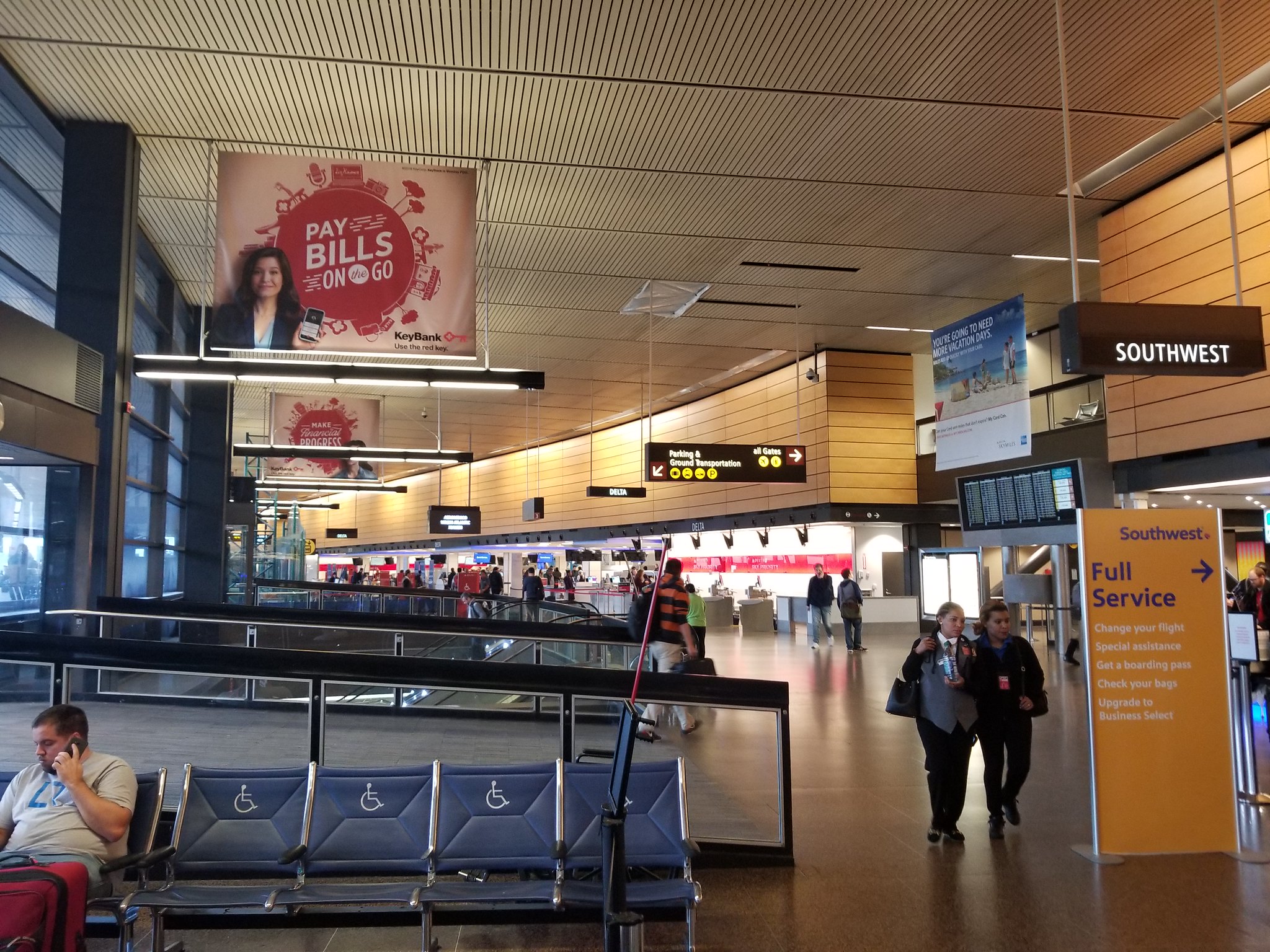 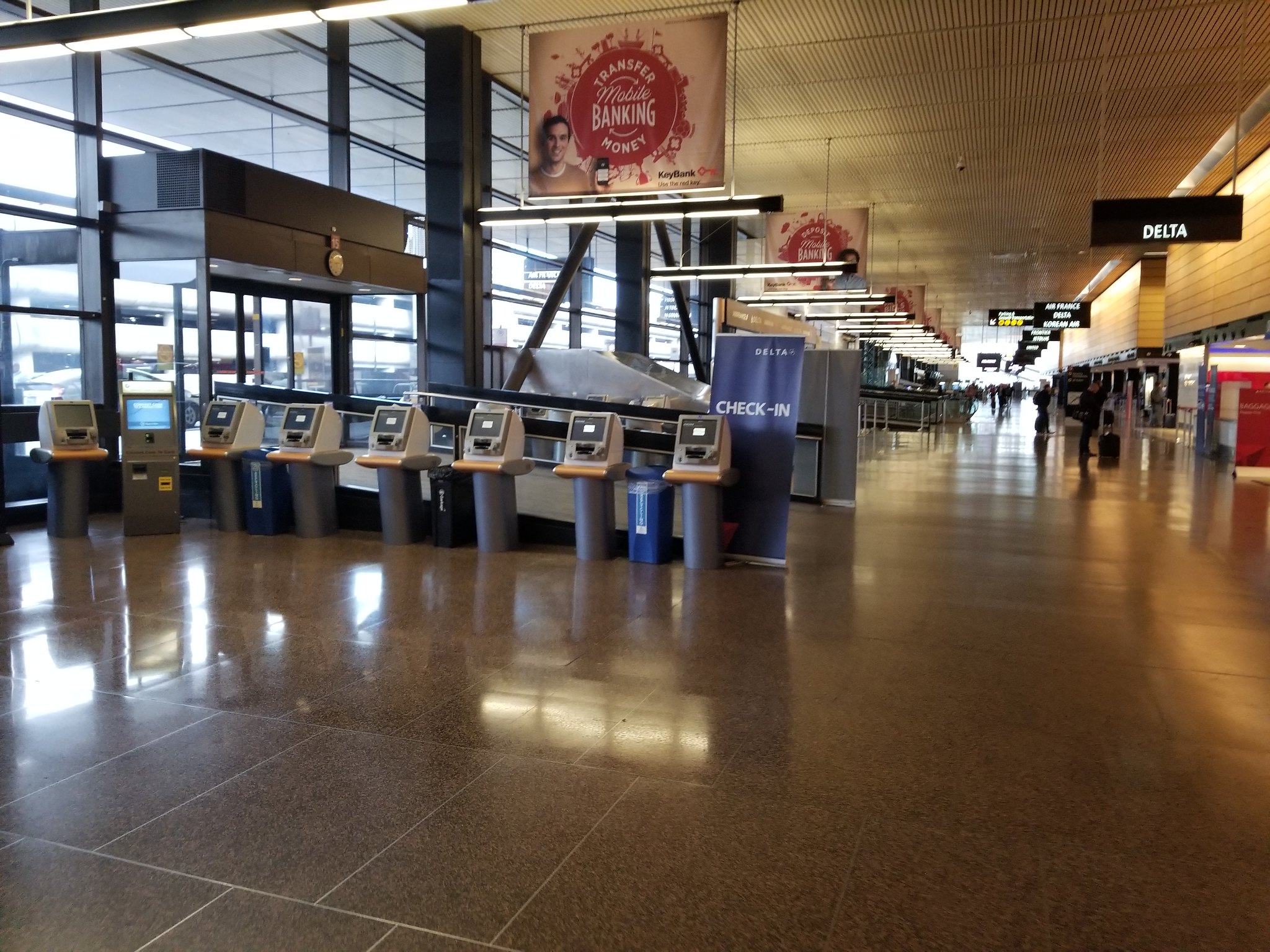 The security lines weren't that bad either (a welcome change from summer), so I was airside by 3 pm. I took my grandparents to our gate, B1, and did some plane spotting, shown in the bonus section below.
Bonus : Click here displayhide 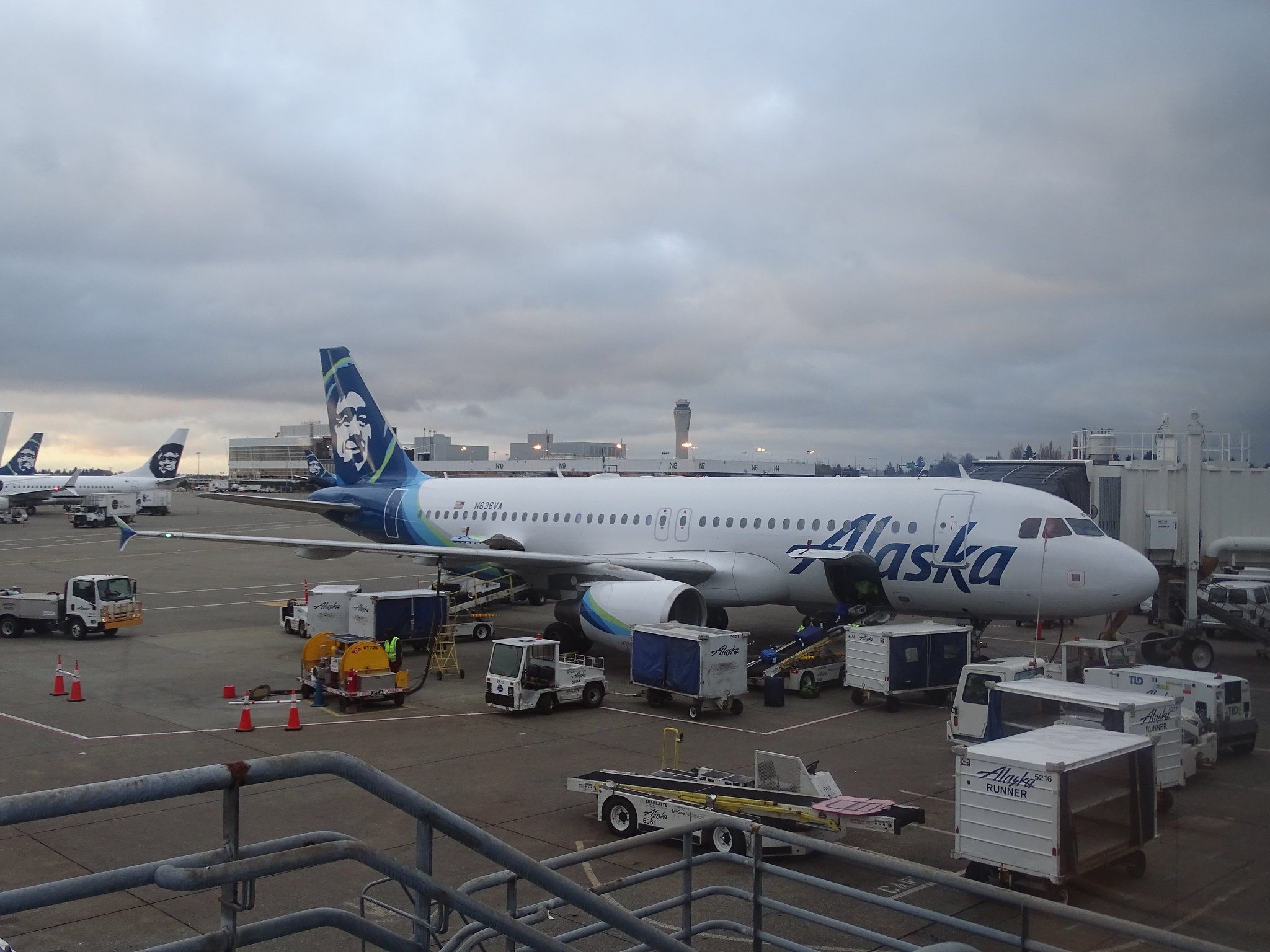 Alaska A320, ex-Virgin America. While the Alaska livery looks sharp on anything, it's taking me some time to get used to this one. 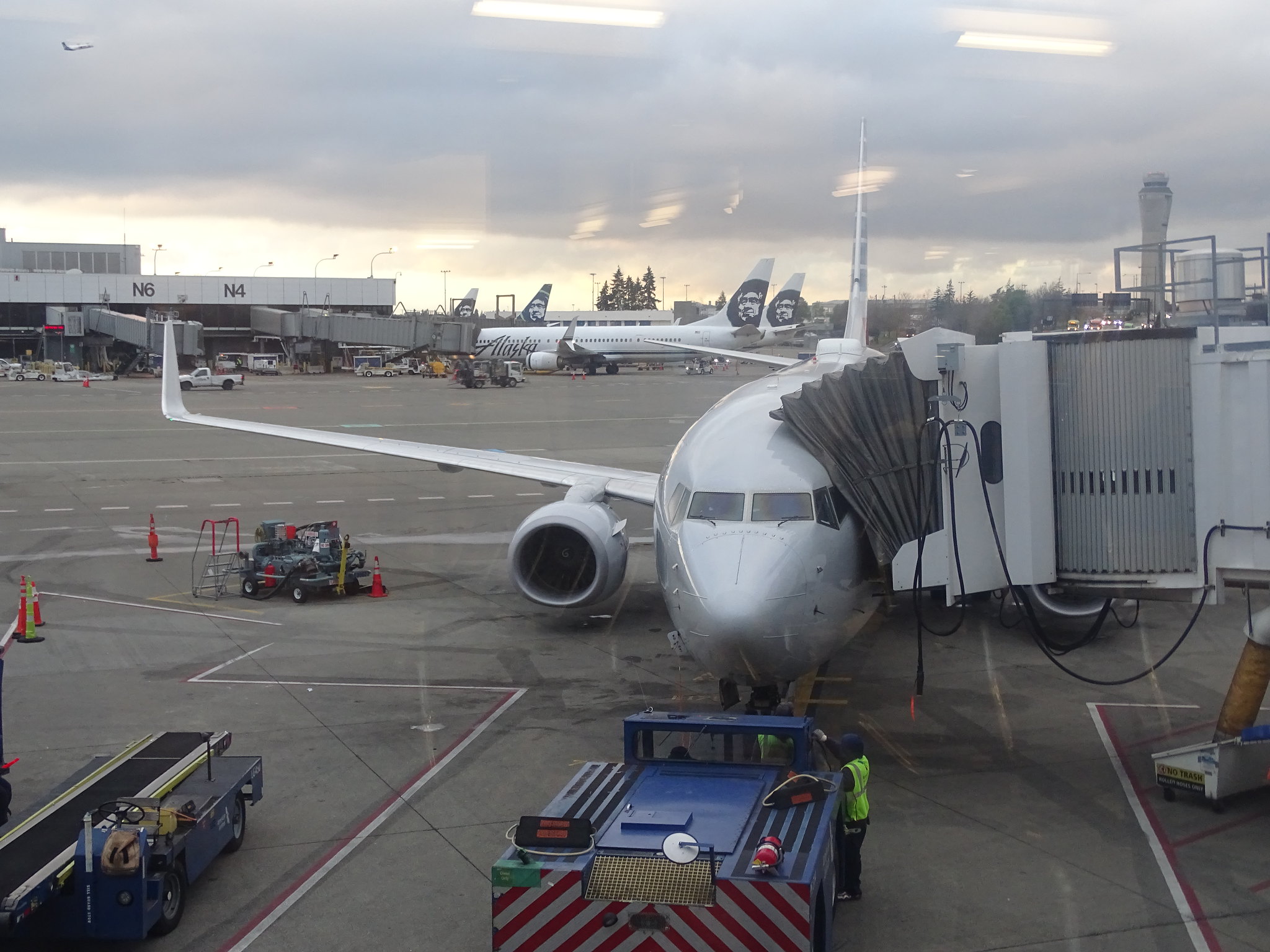 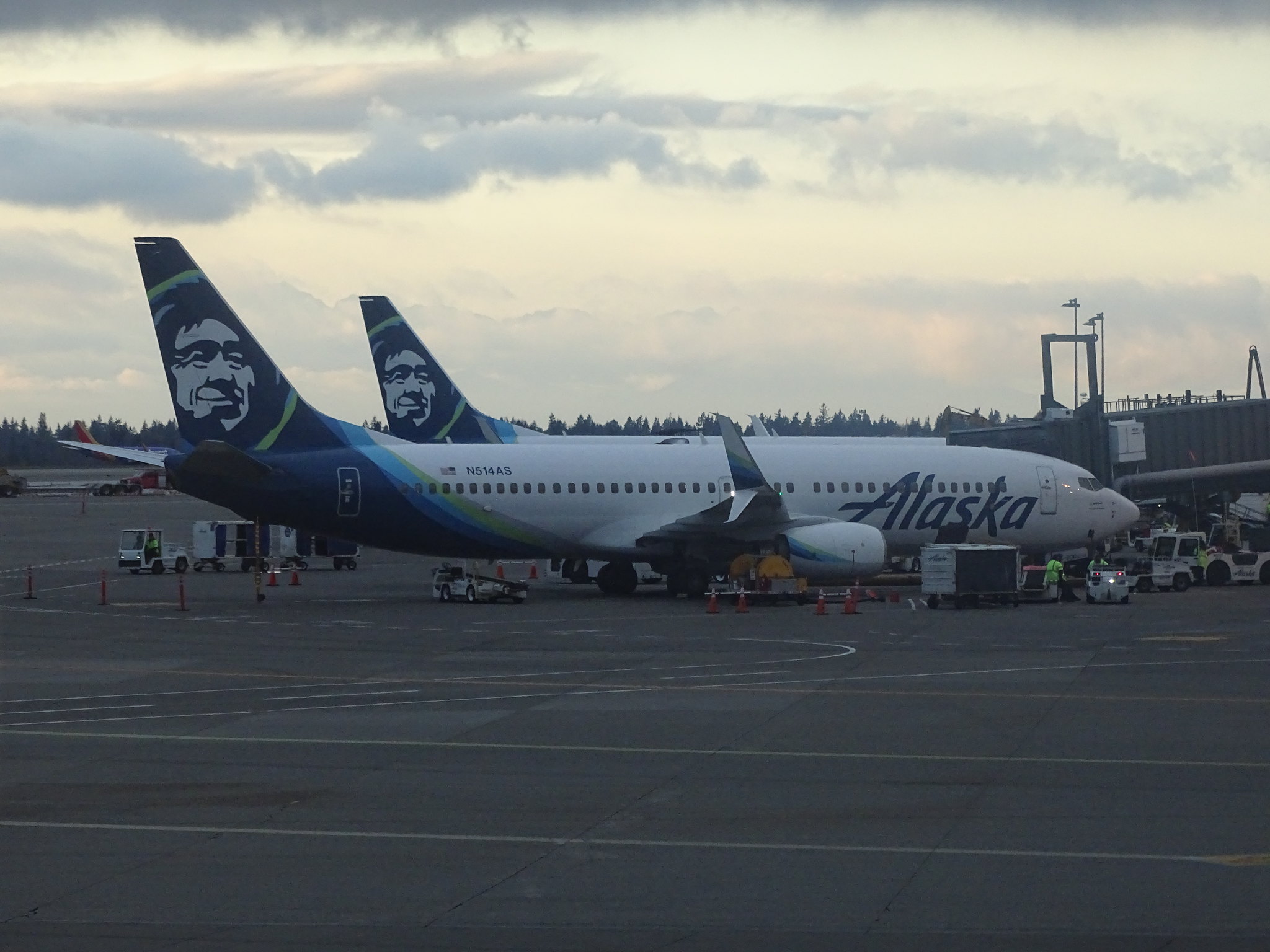 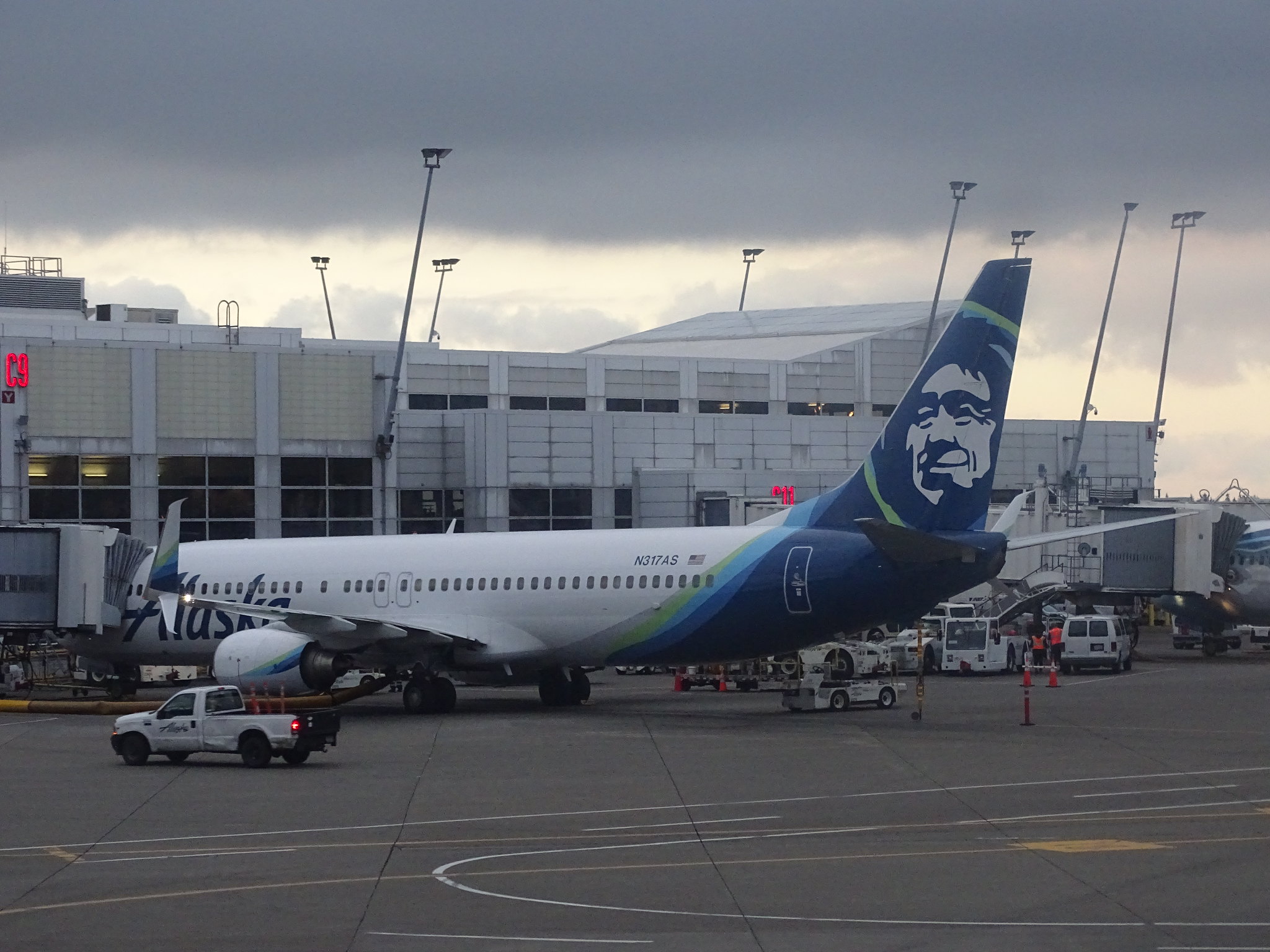 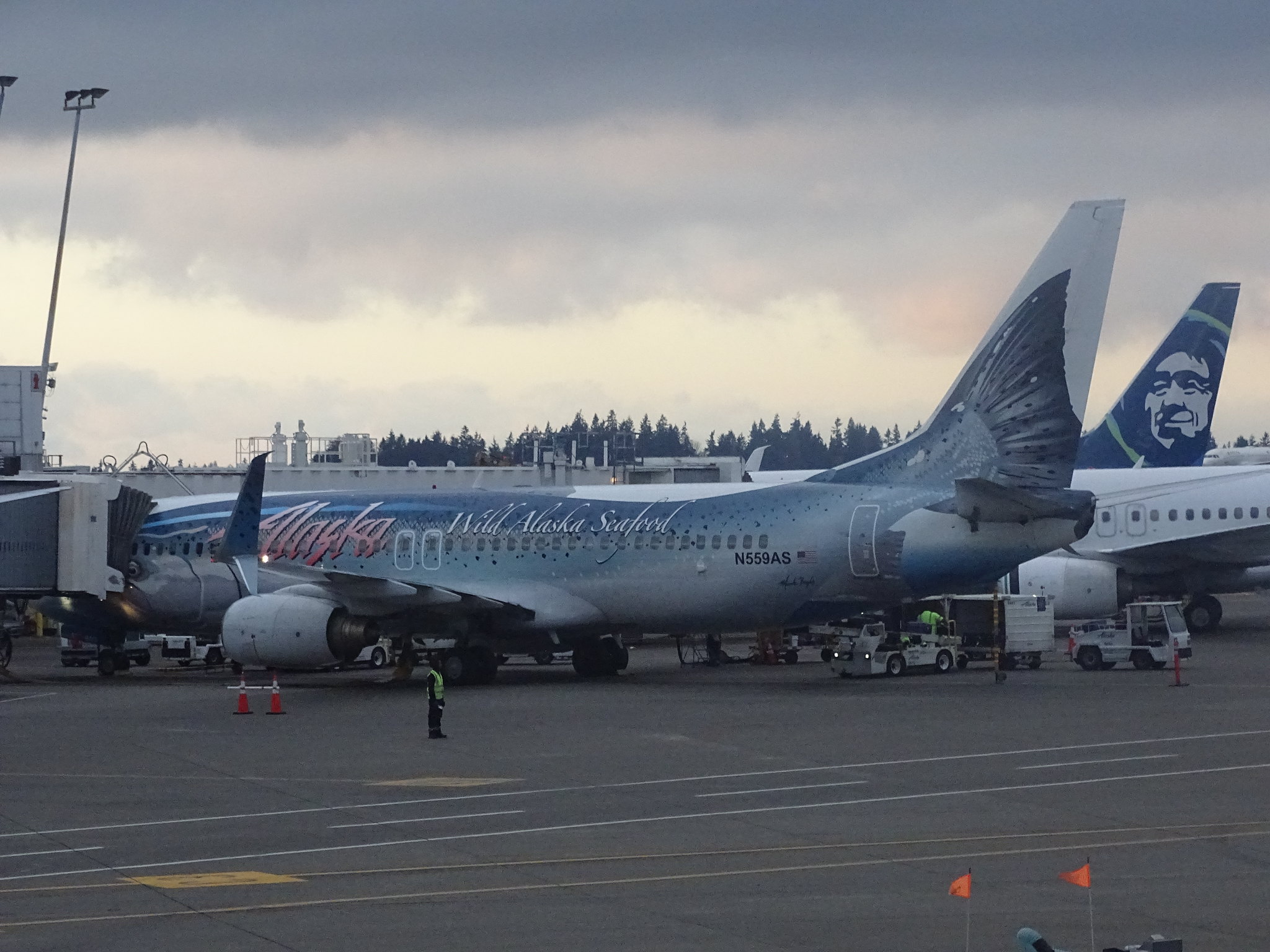 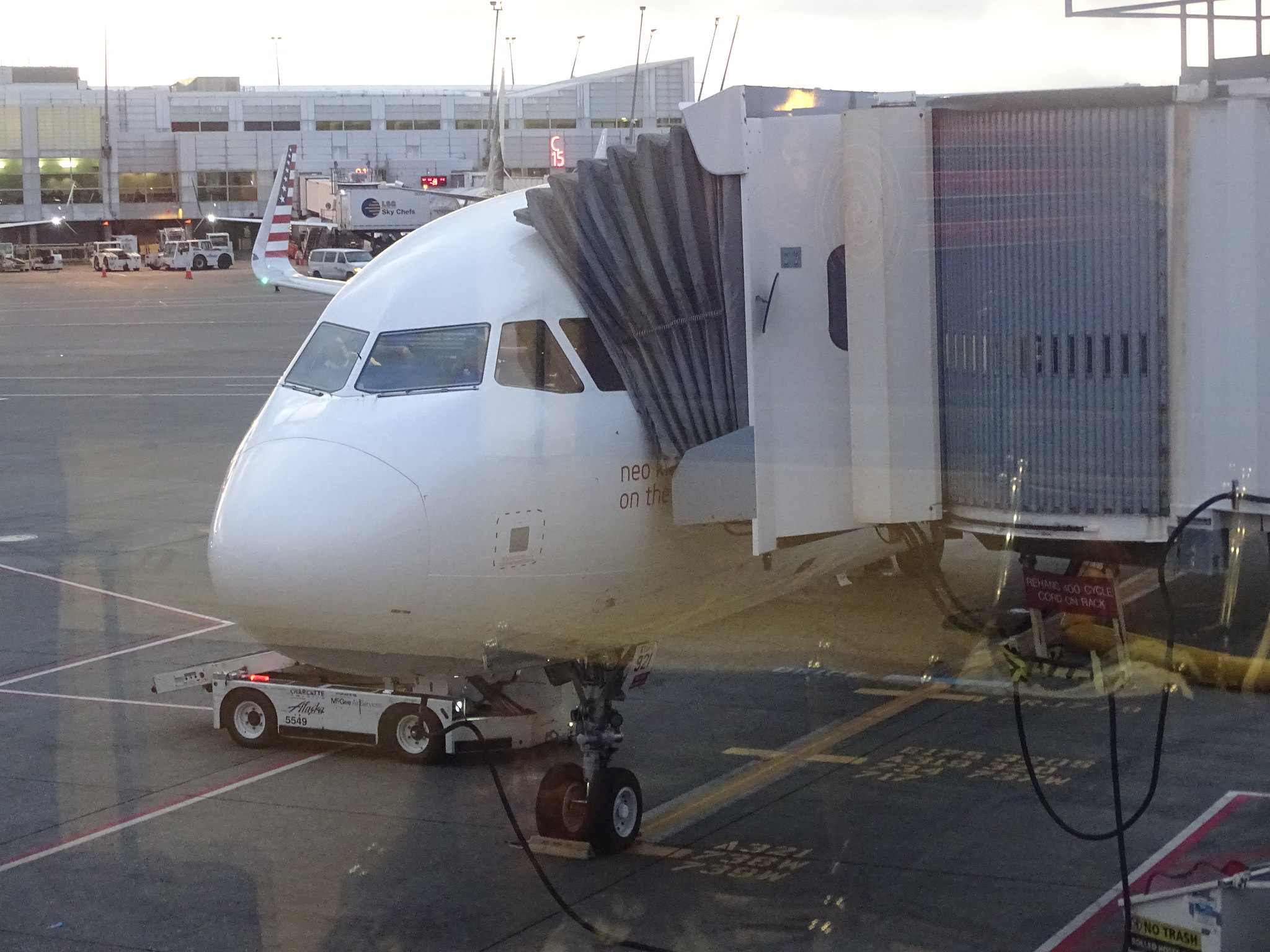 Unfortunately, this being Washington, the sun set rather early, so around 4:30 I headed back to my gate. I got some dinner (McDonald's) and did some work for a little while, until our plane pulled into the gate arriving from Los Angeles (where the delay originated due to ATC) at about 5:10 pm. It was N3765, a 17 year old 737-800 in the SkyTeam special livery. 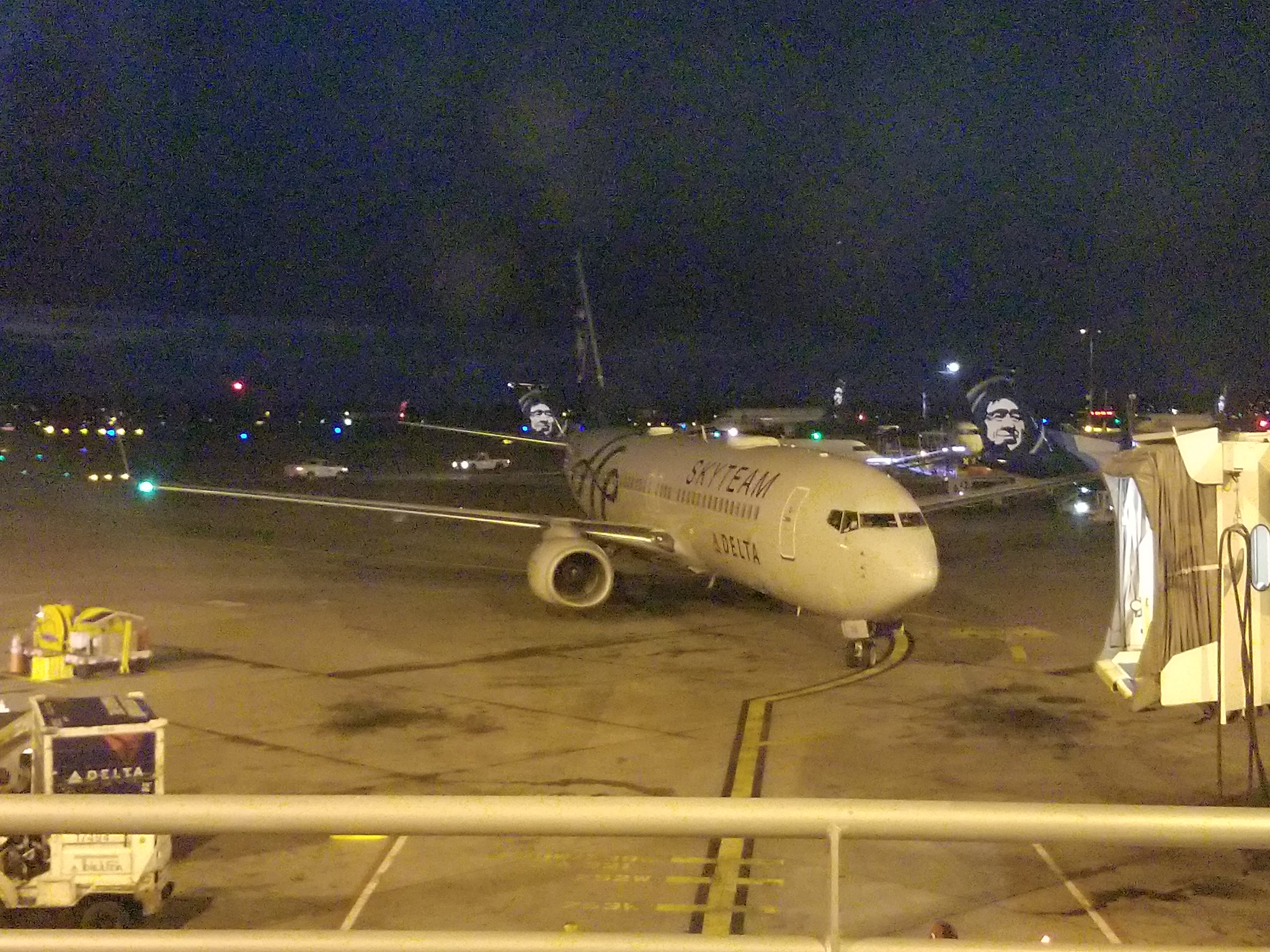 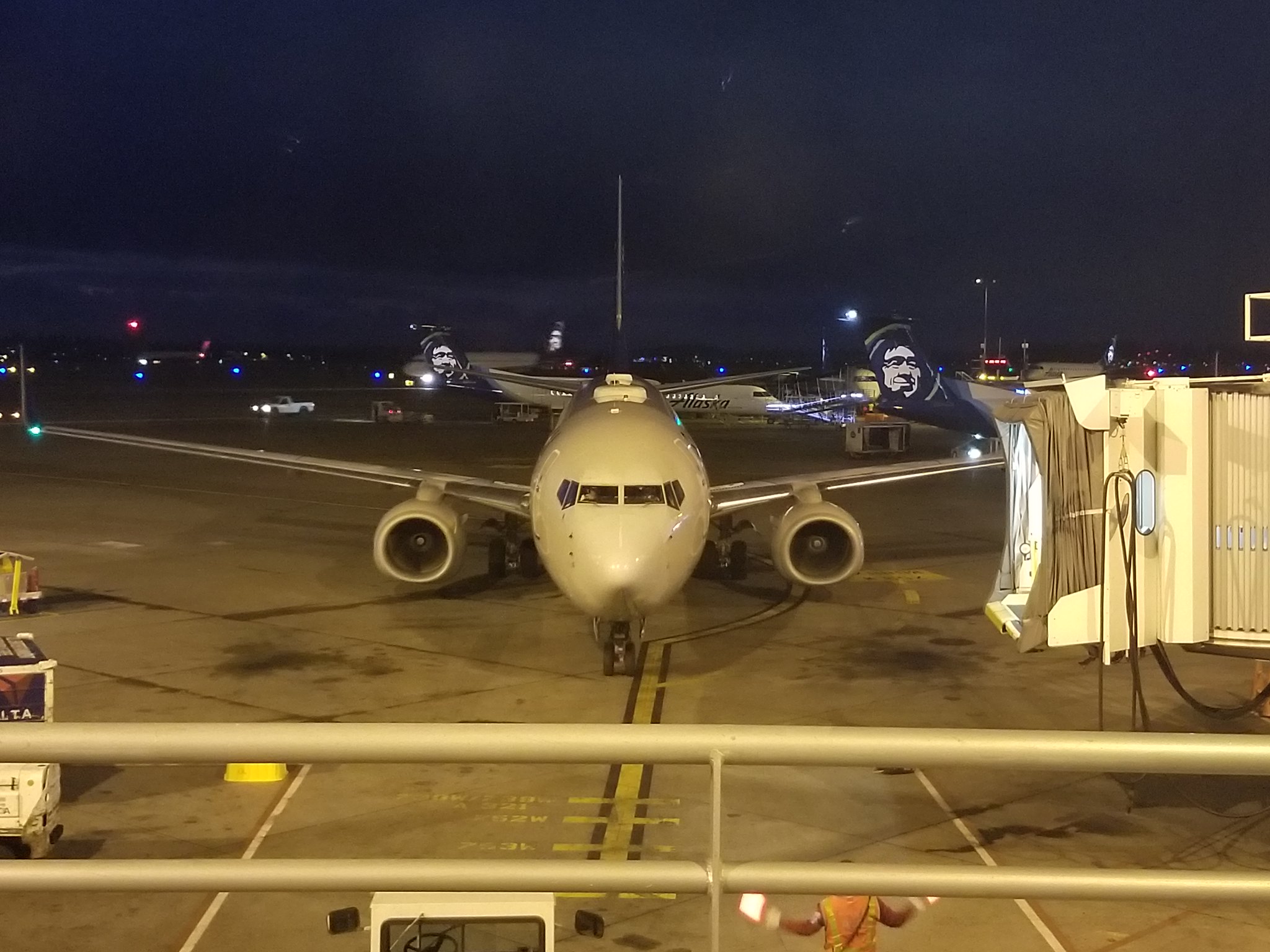 After they cleaned the airplane, boarding started at about 5:40. They let passengers needing extra assistance, US Military, first class, frequent flyers, and those seated in their extra legroom Comfort+ section board before us, after which we boarded in Zone 1, thanks to my grandparents' Delta credit cards. 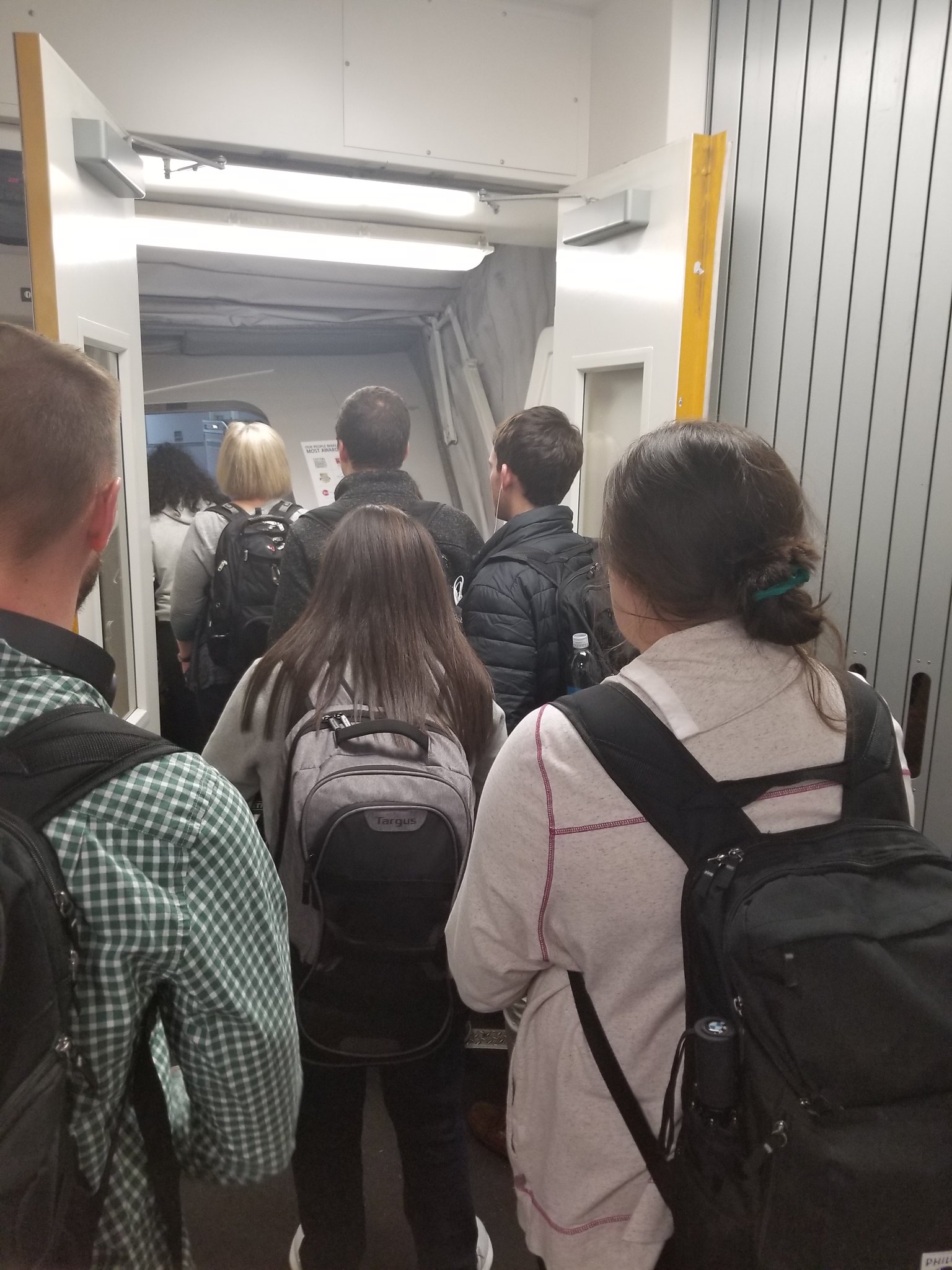 Little bit of a line at the jetway. 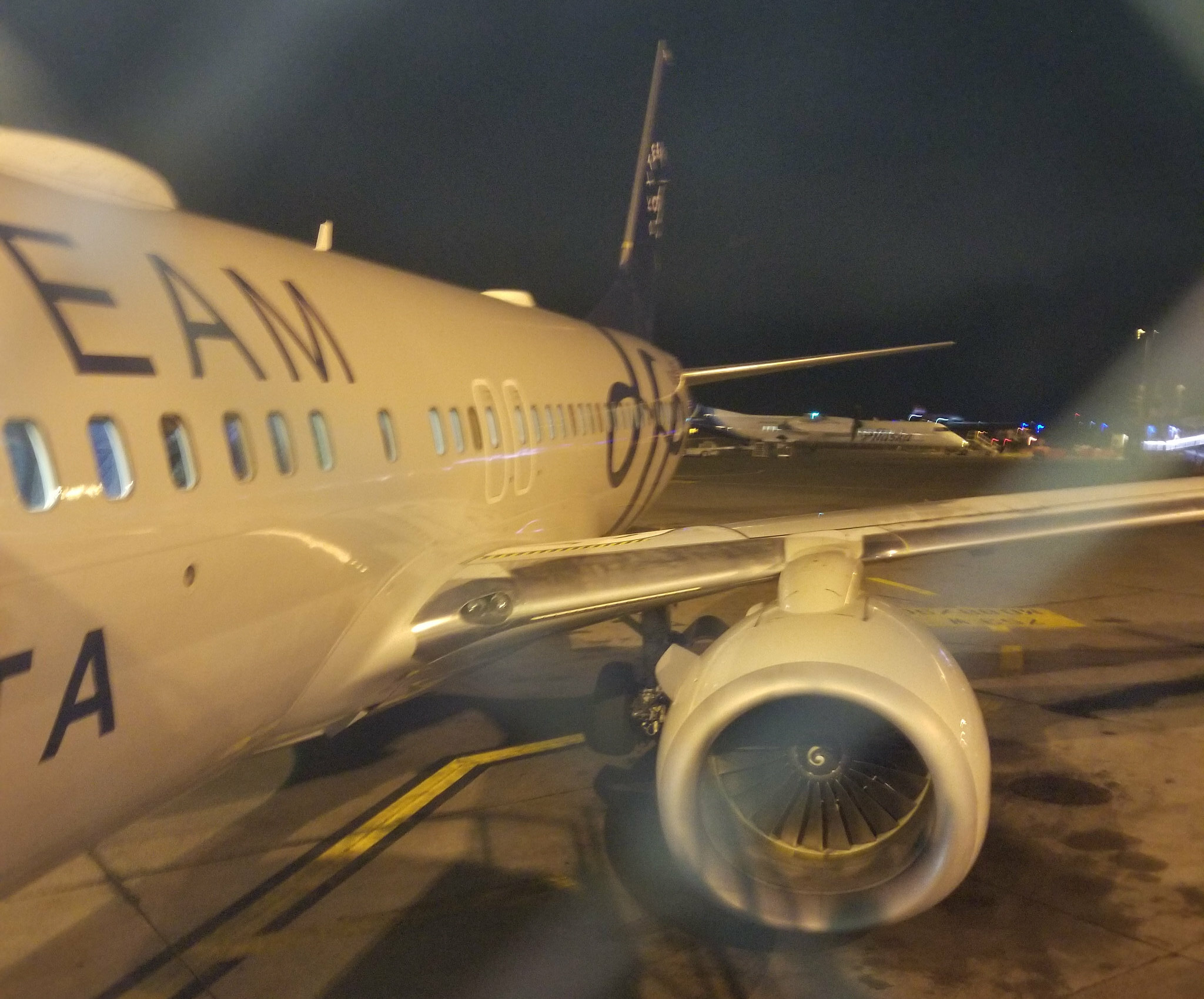 A better view of the aircraft taking us to Nashville that evening.
I was seated in 21A, over the wing. 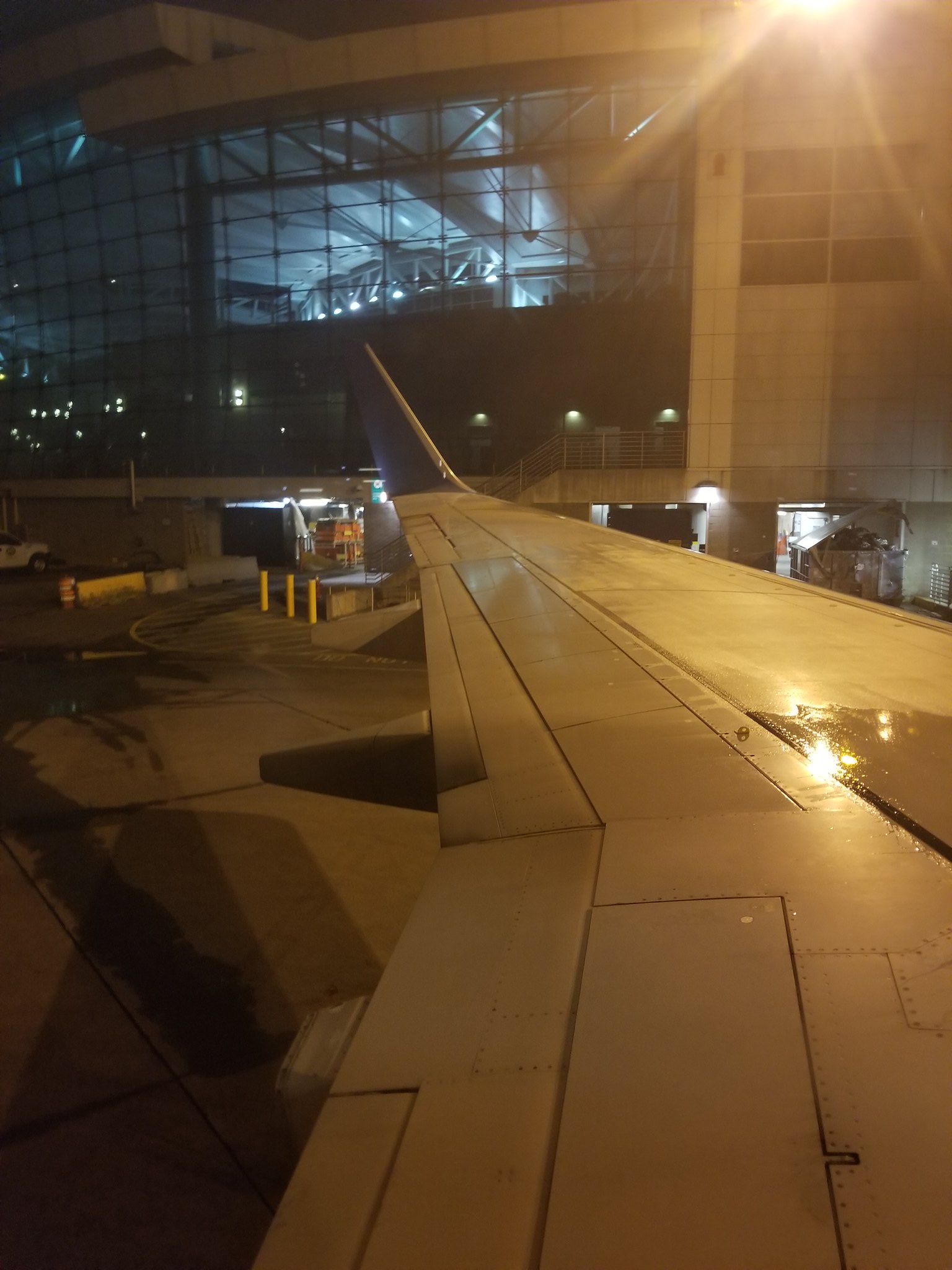 One of the canoe fairings was missing, which I found interesting, even though it poses no danger to the aircraft.
The cabin was okay. It didn't have the Boeing Sky Interior, but it was clean. The seats were comfortable, even though they didn't have adjustable headrests. 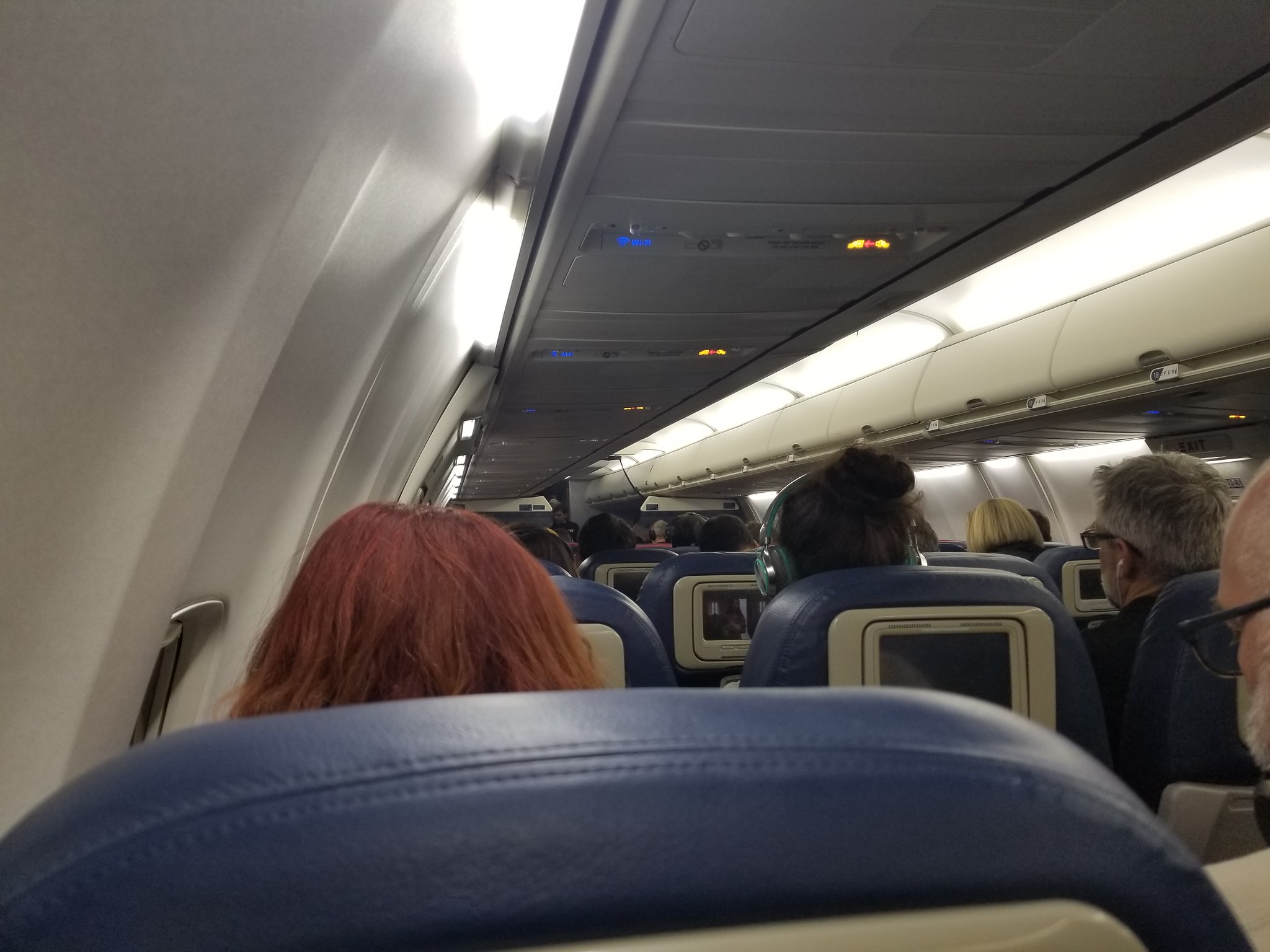 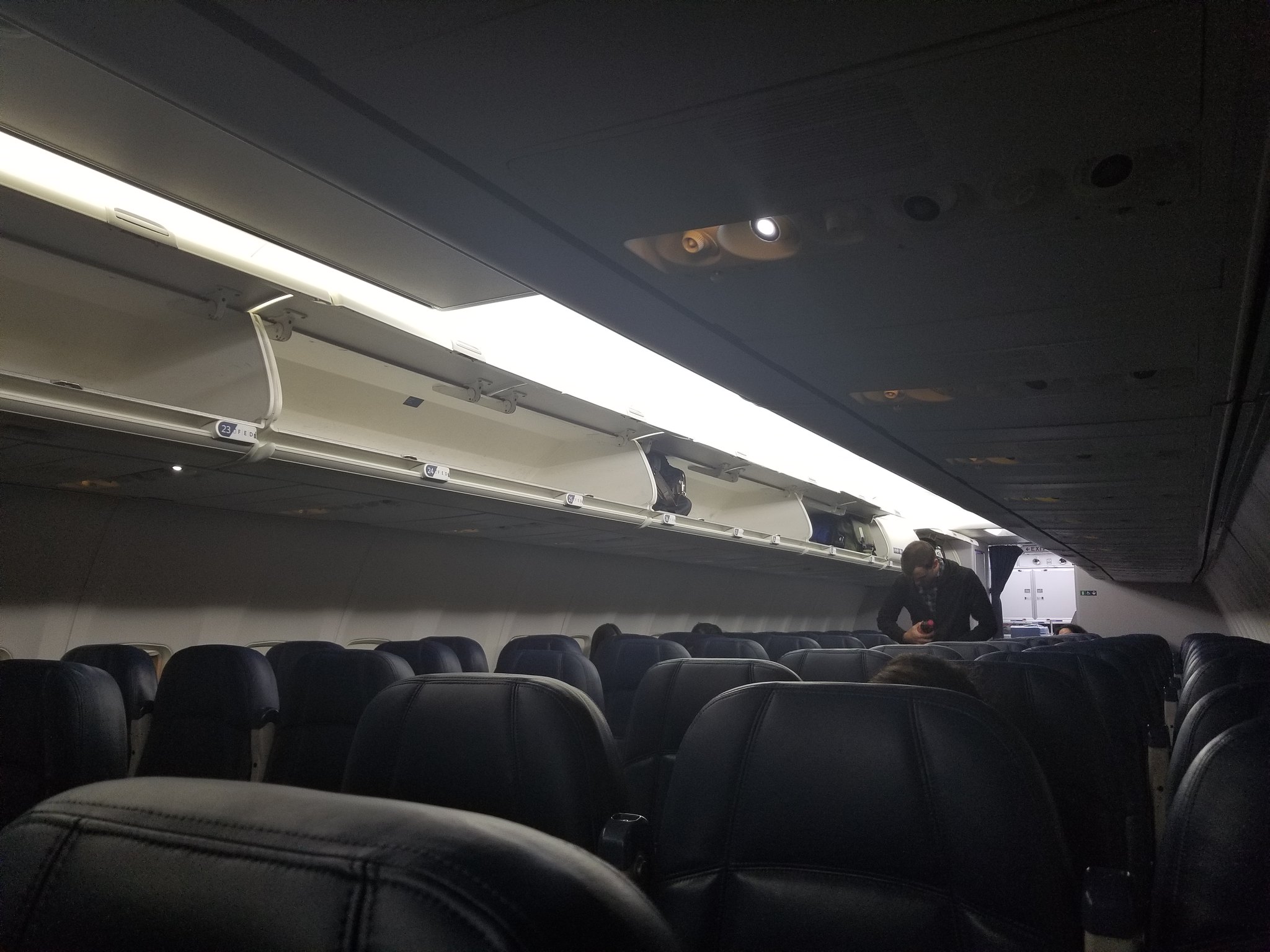 There was free IFE too. Ads were shown during boarding, but after that everything was accessible. It was an older, lower quality screen that didn't have great touch sensitivity, though. 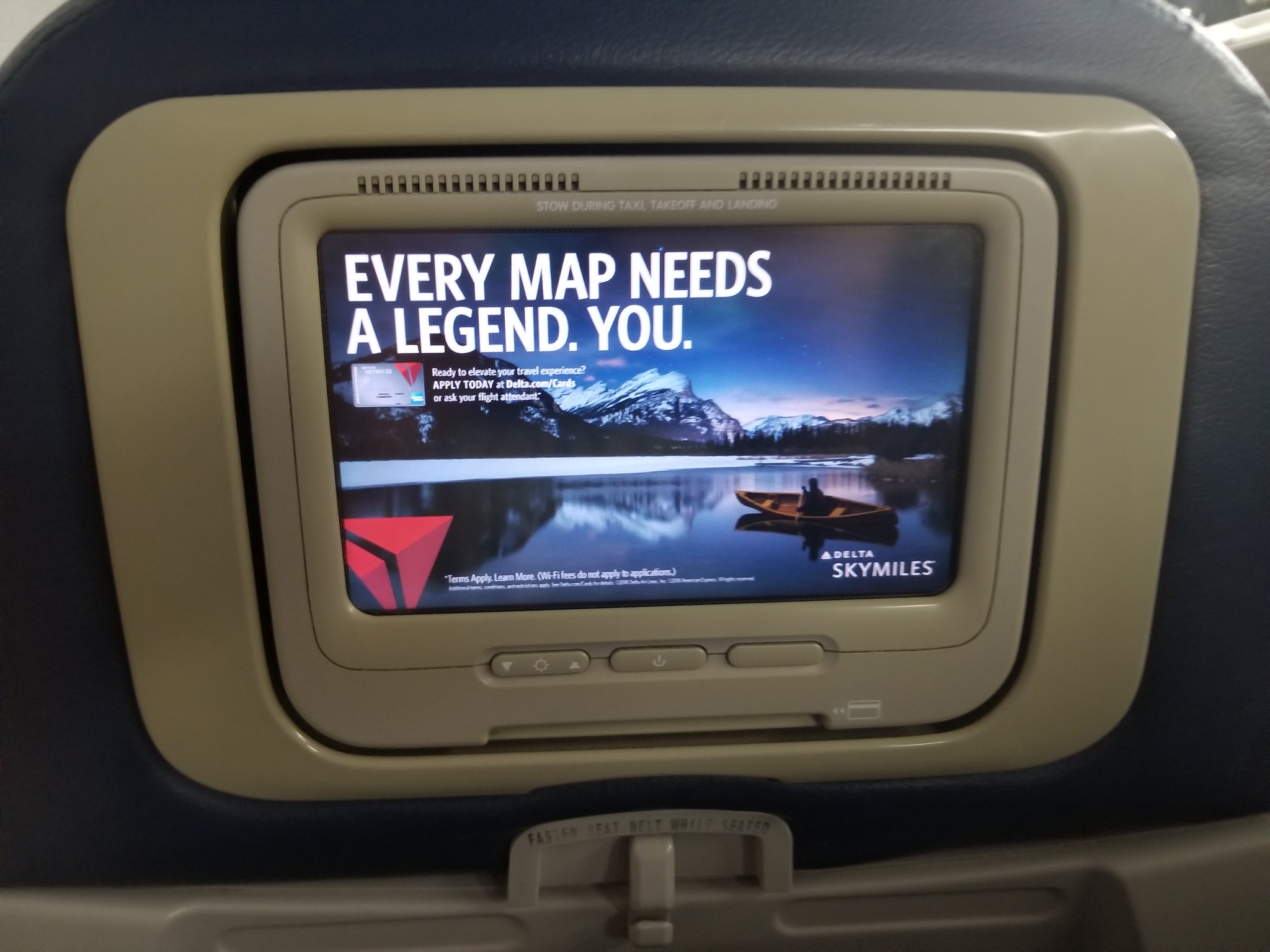 Boarding thankfully wrapped up fairly quickly, given that it was a completely full flight. We pushed back at about 6:10, and a safety video was played. Then we moved into the line for takeoff, which seemed pretty long. We waited for about 20 minutes, then we heard an announcement from the flight crew, apologetically saying there was ATC delays around Seattle due to a runway being closed which meant only one runway was available for departures. Additionally, there was lots of traffic at Boeing Field, an airfield that lies a few miles north of Sea-Tac, and the departures went right over there, which didn't help with the congestion. The line slowly moved forward, and I was able to get pictures of a Condor 767-300ER to Frankfurt and a United 737. 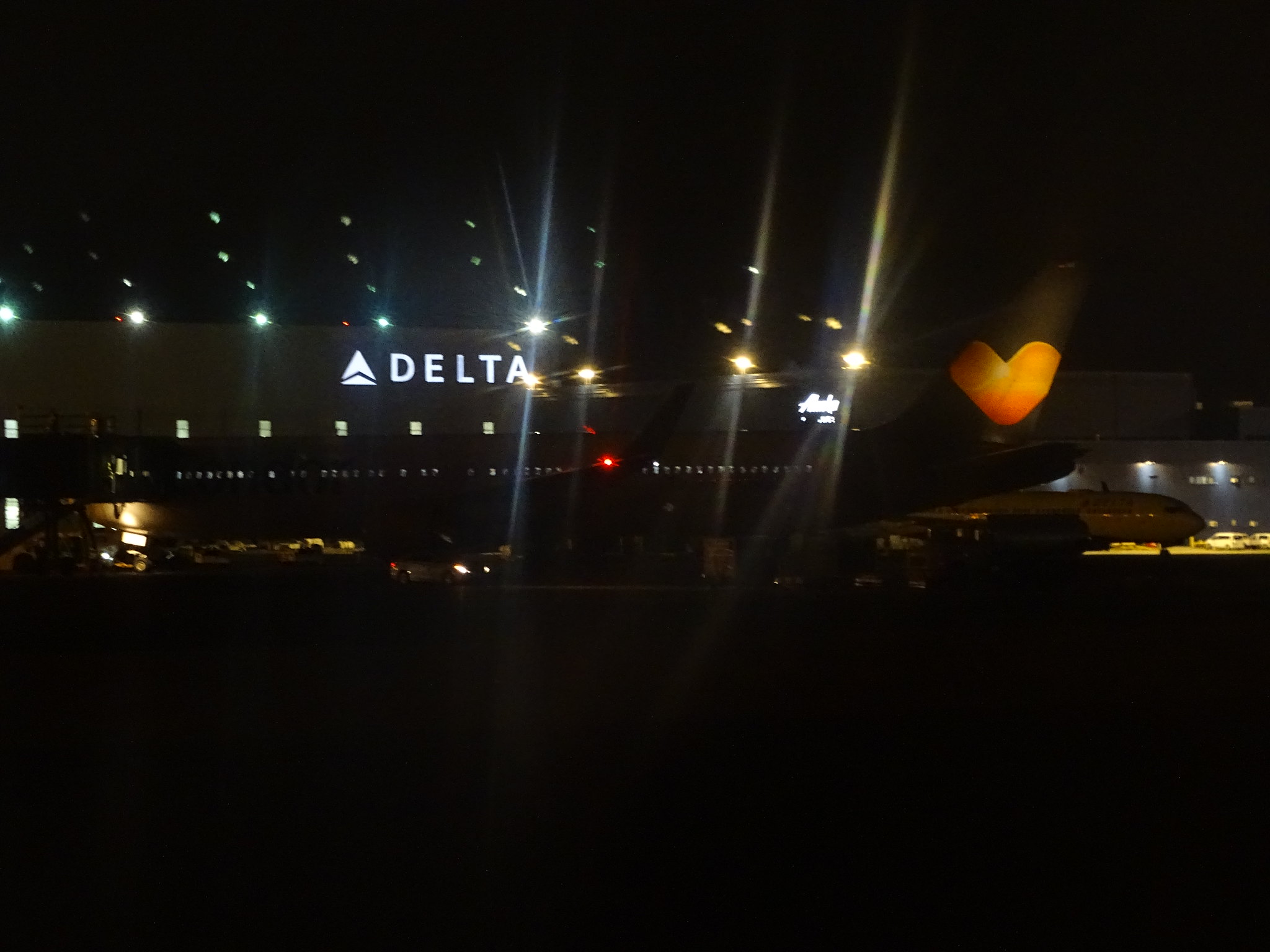 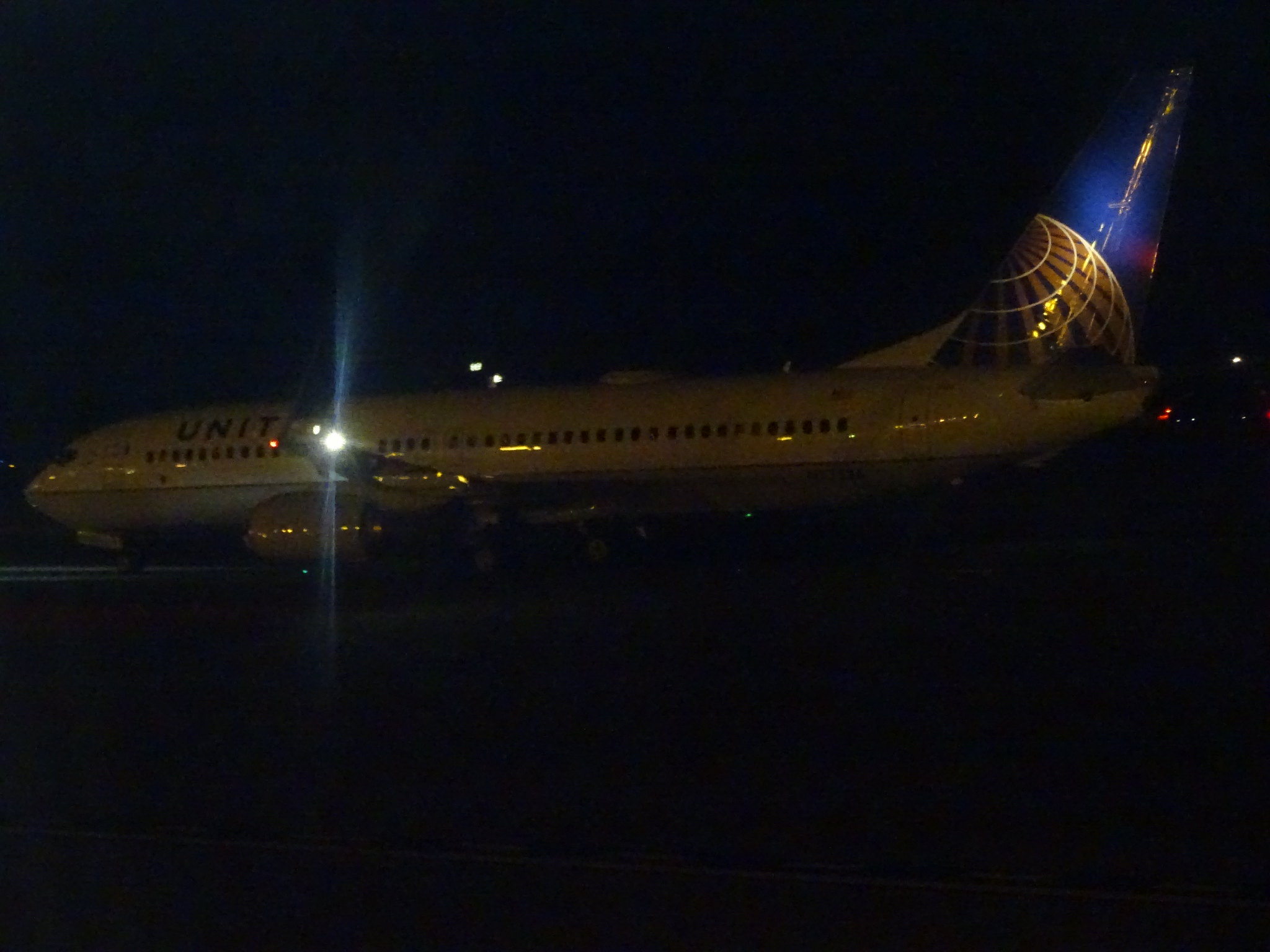 The IFE had been turned on, and so had the mood lighting. (Don't worry, it wasn't as intense as the photo makes it look) 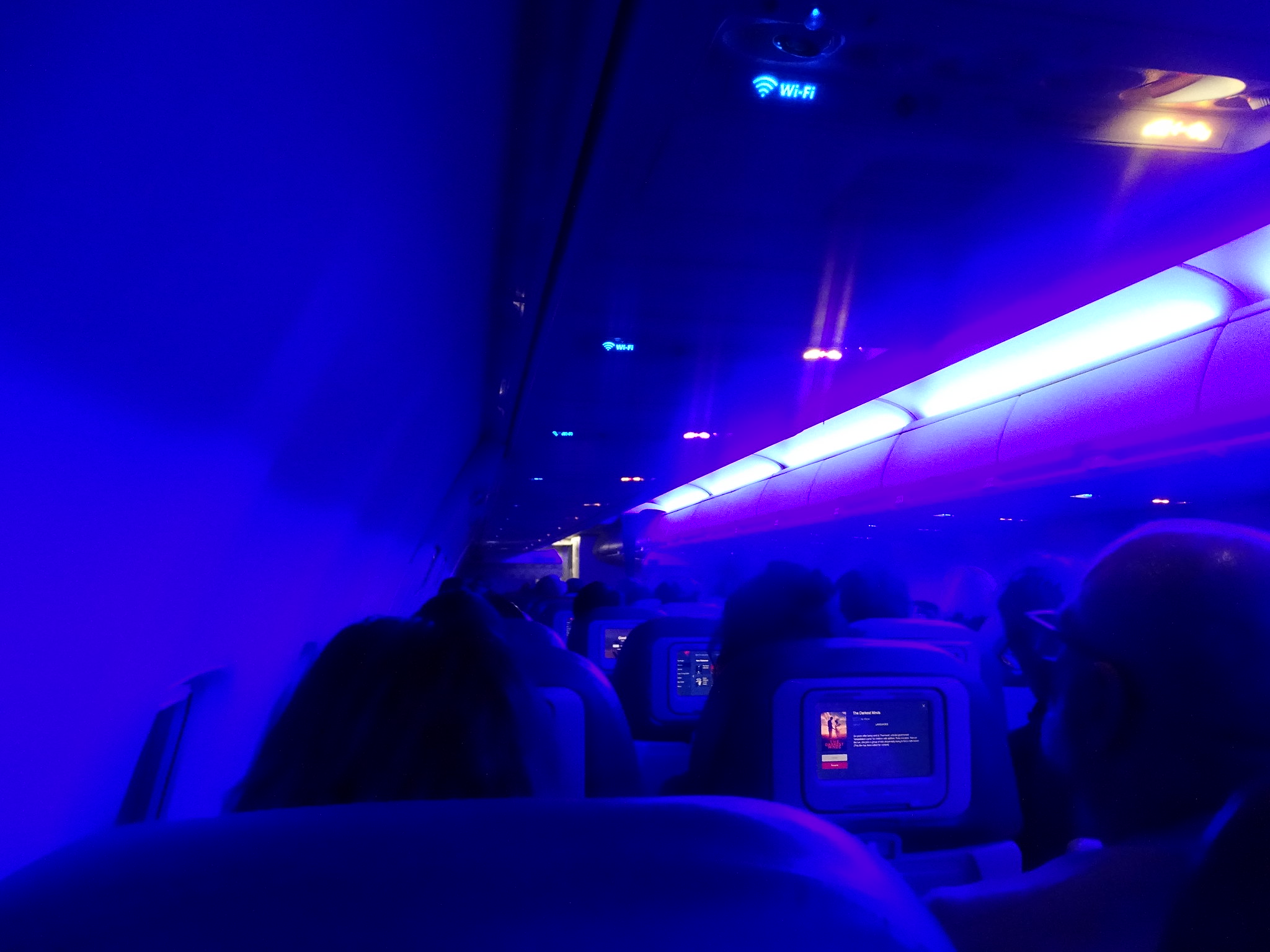 Finally, it was our turn for departure, and at 6:59 pm the plane barreled down runway 34C and climbed steeply over south Seattle. 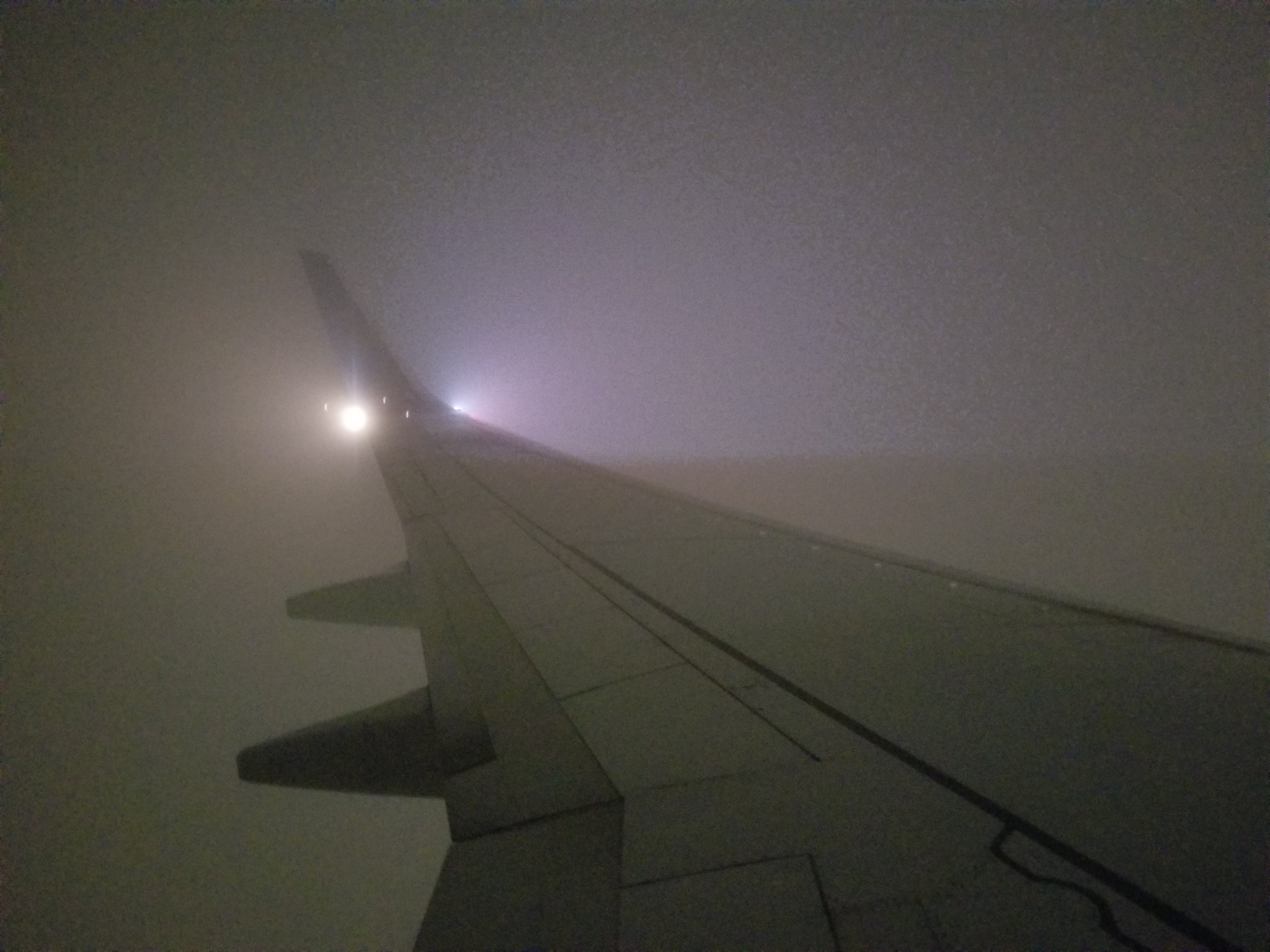 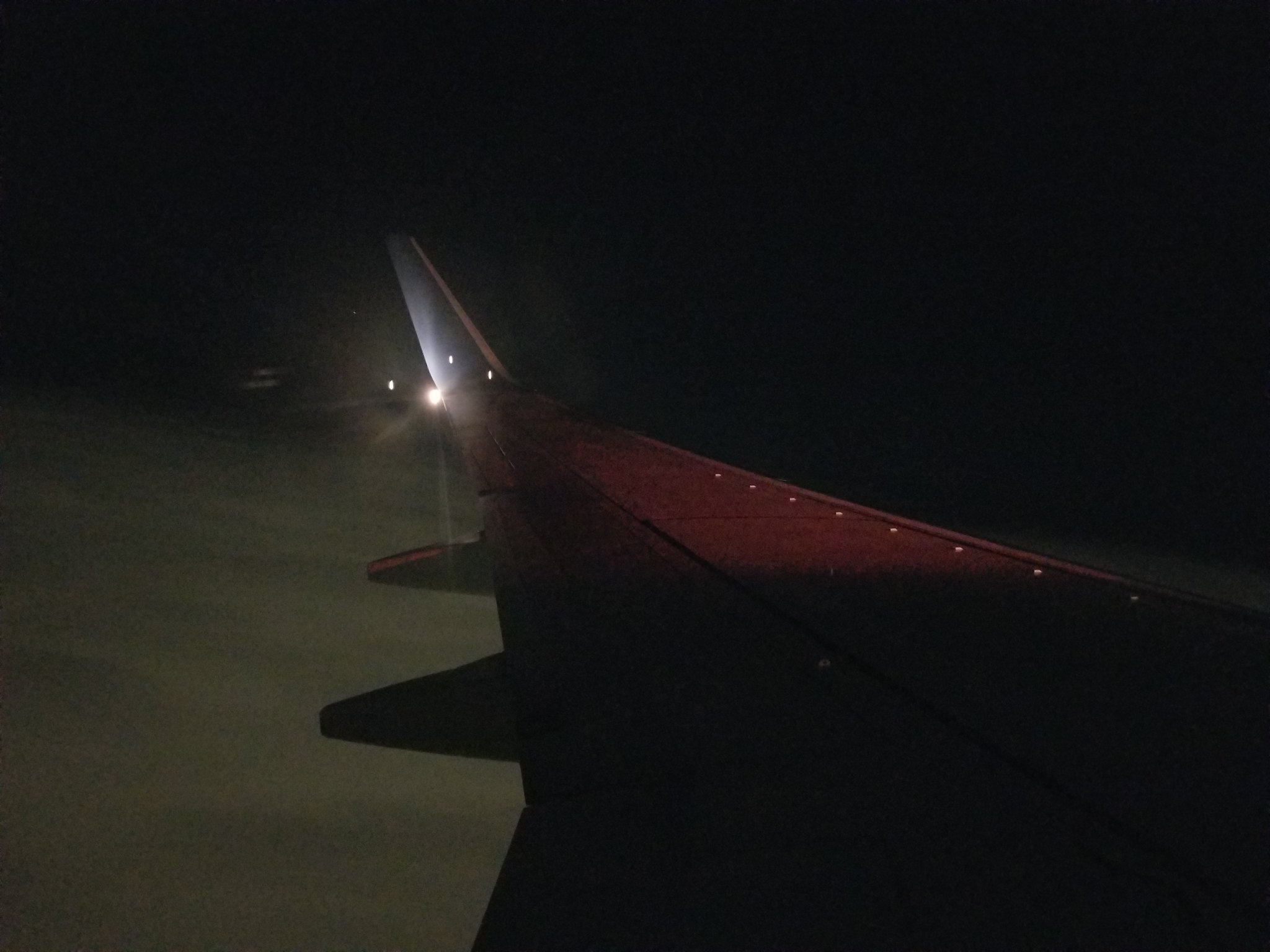 Our climb was uneventful, and we leveled off at our cruising altitude somewhere over eastern Washington. It had been a long day for me and I was very tired, but I managed to stay awake for a while and watch a few episodes of Young Sheldon. Around the Idaho-Montana border, the FAs came through the cabin offering snacks and drinks. I took cran-apple juice and peanuts. 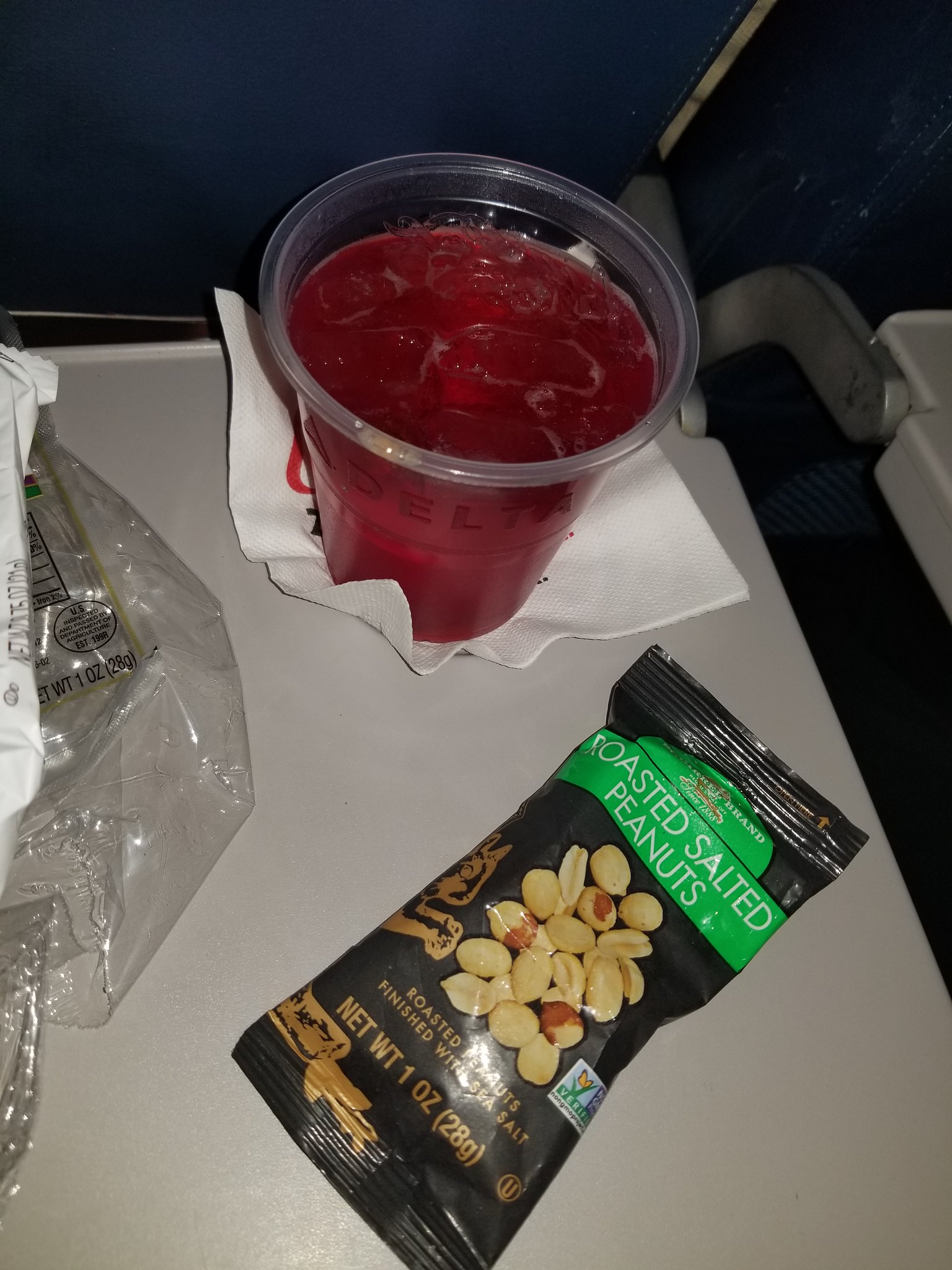 A few minutes later, the BOB cart came around, and I bought the "Crave" snack box, which had Wheat Thins, salami, cheese spread, Milano dark chocolate cookies, Skittles, and a few Tic-Tacs. It was about $8 USD, which I consider reasonable for airplane food. 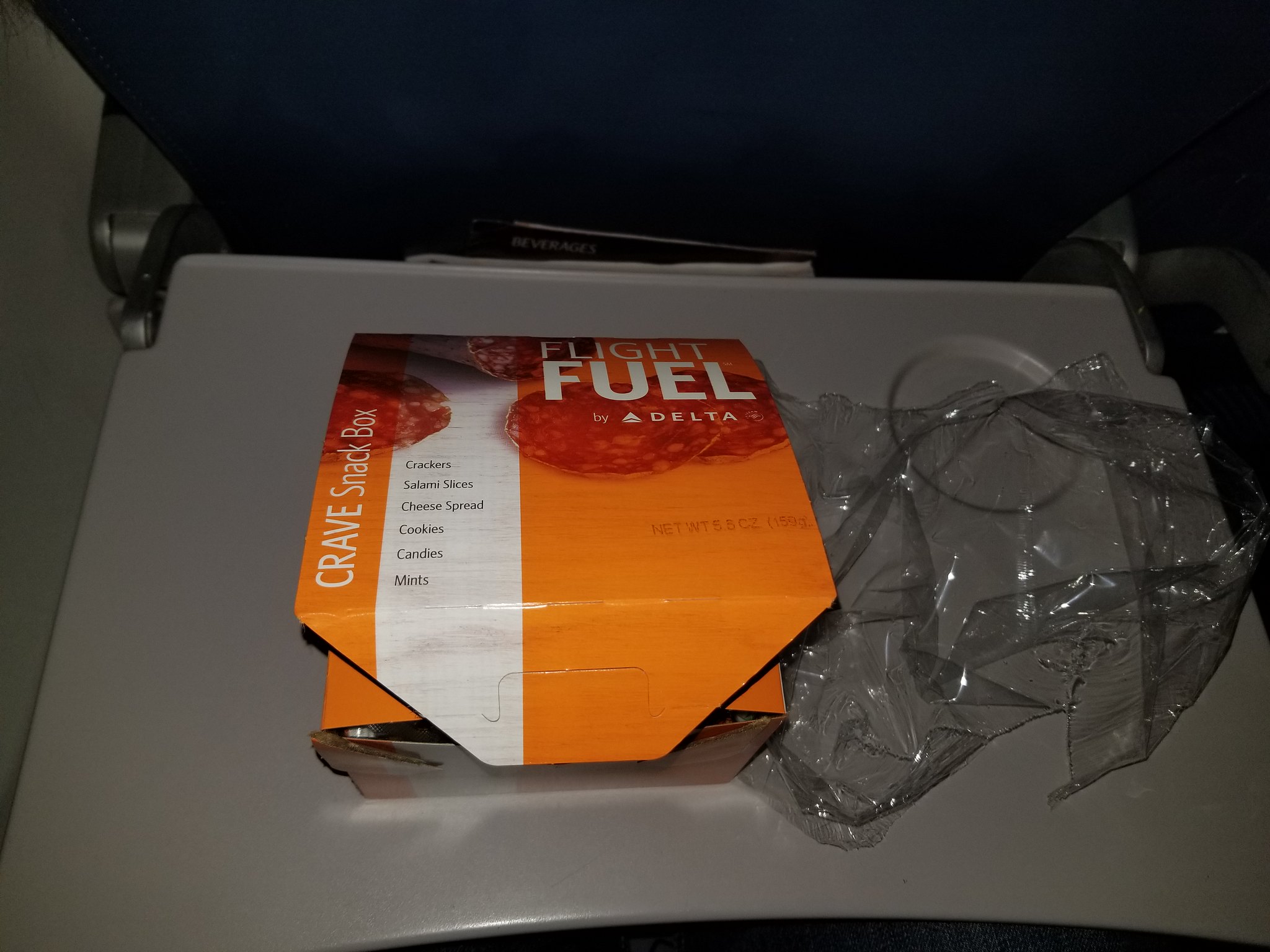 Once I got bored with TV, I changed to the moving map. They also had a good selection of other TV shows, as well as movies, a few live TV channels, music, and a kids section. Additionally, they had an online feature to stream on personal devices. About halfway through the flight, the crew went through the cabin with water. 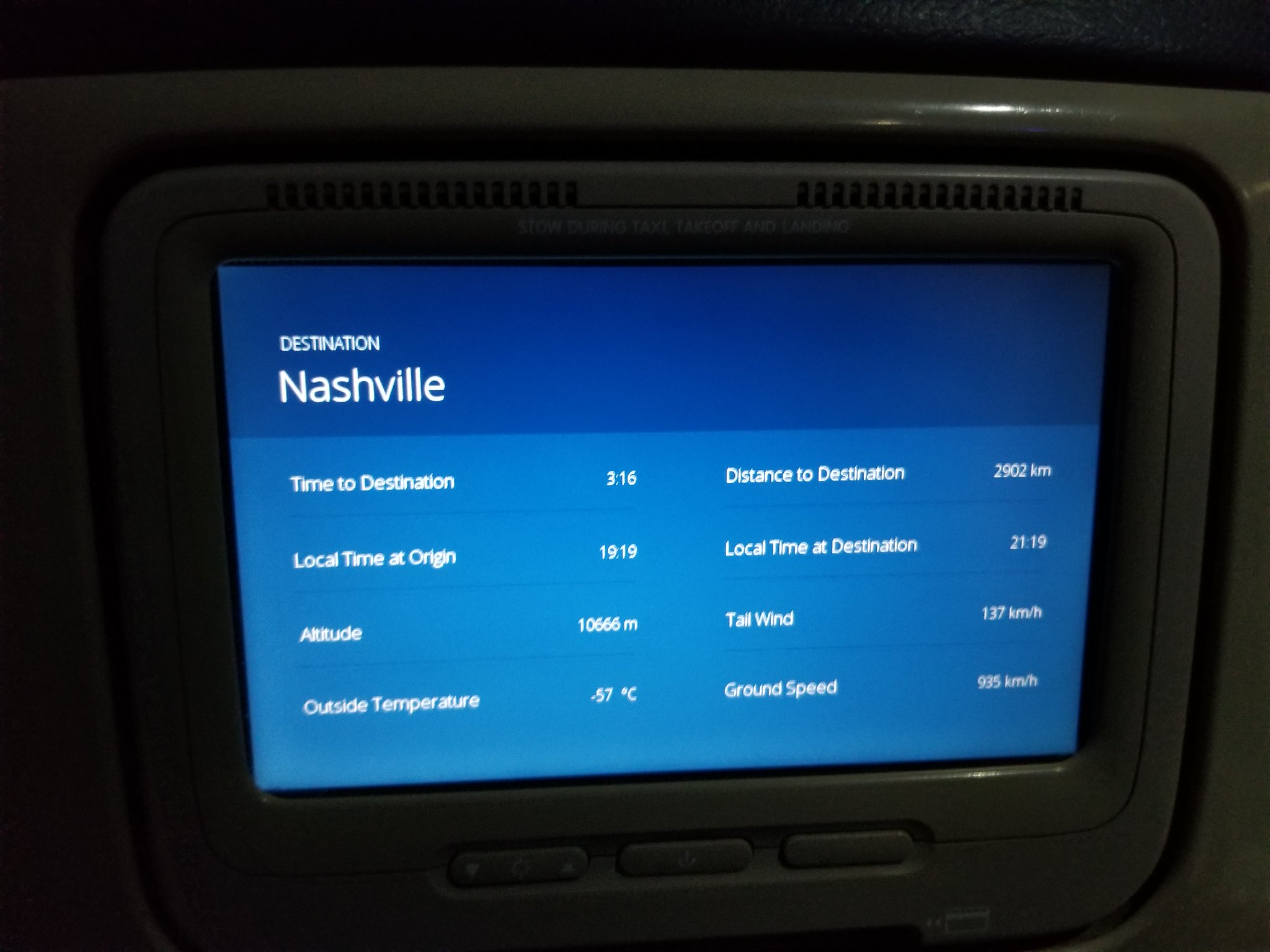 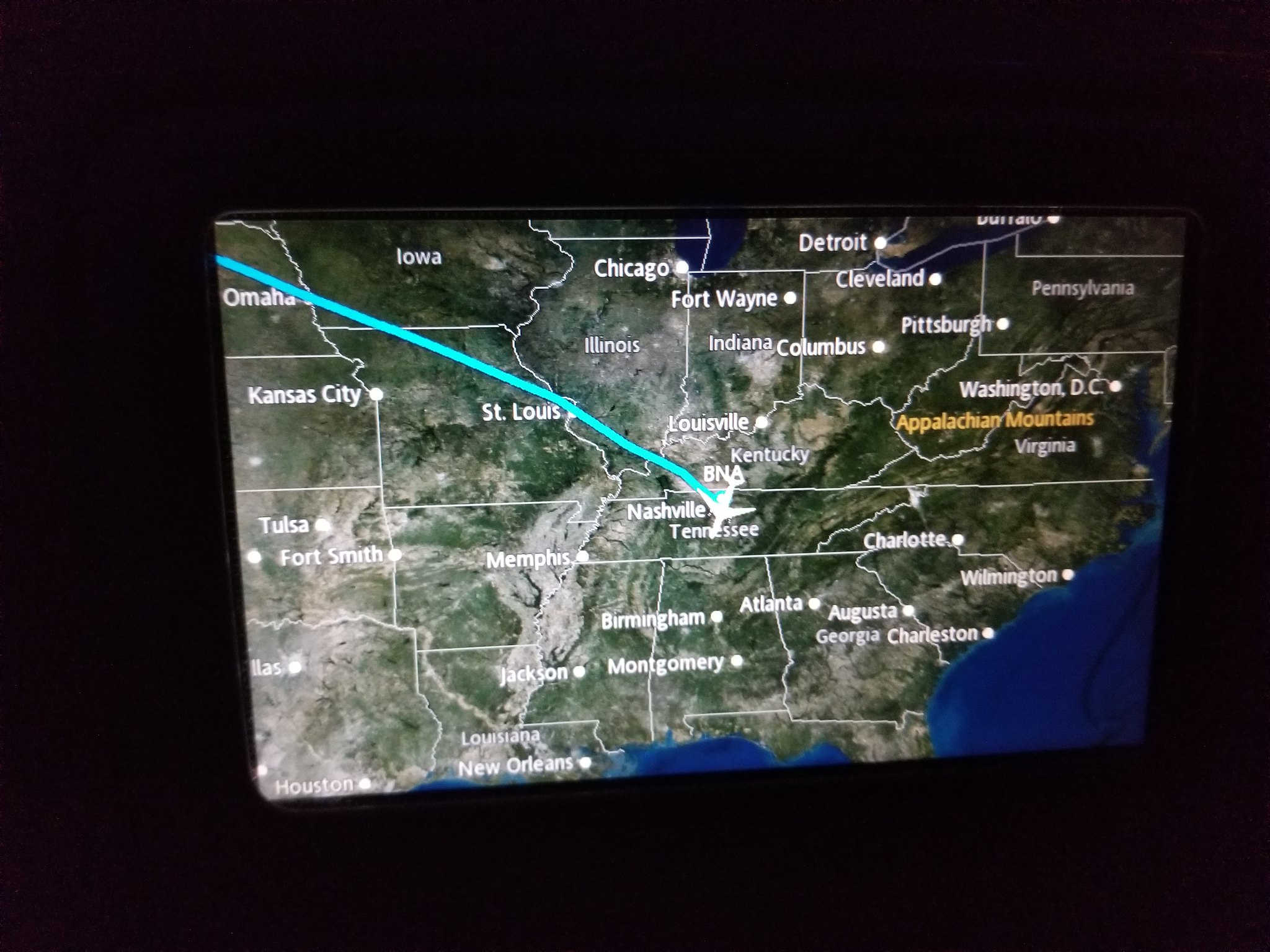 Eventually, I succumbed to sleep, and I fell asleep on my tray table somewhere around Omaha. I woke up about an hour later to turbulence and my ears popping over southern Illinois, since our descent into Nashville had begun. It was a turbulent descent, but other than that it was uneventful since it was completely dark outside. We landed at 12:41 am CT, and taxied to gate B4. 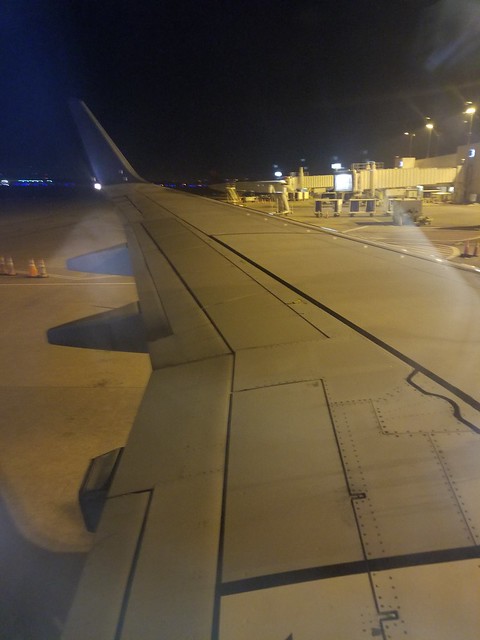 Our plane on the ground in Nashville. 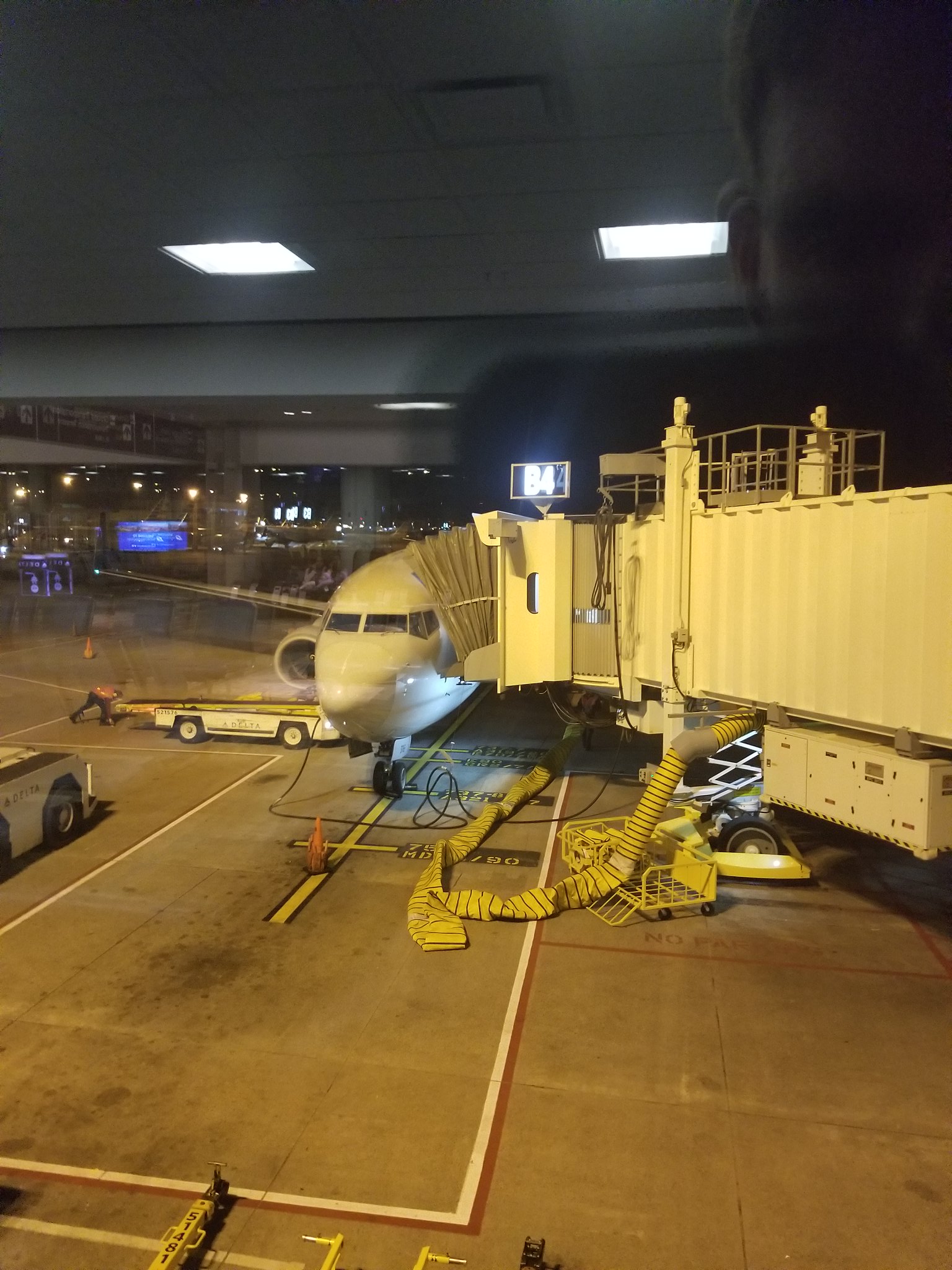 My grandparents and I went to baggage claim, where I only had to wait a minute or so for our bags, since the airport was deserted. After we got our bags, we went to the rideshare area to hail an Uber, and we were out of the airport by 1 am.
Here's the Flightradar24 stats for this flight. The delay particularly surprised me since every other flight the week prior had been on time.

All in all, this was a good flight on Delta Air Lines, even though we were delayed an hour and a half due to circumstances out of their control. The seats were comfortable, the snacks were tasty, and the crew was very friendly. The IFE was outdated, but at least they had it in the first place and it had a good content library. Personally, I'd recommend Delta to anyone flying domestically, since I feel like they have a good passenger experience and care just a bit more about their customers than the other legacy US airlines.

Thank you for reading my Flight-Report, and feel free to leave questions or concerns in the comment selection down below. Be sure to keep an eye out for the reports of my return flights, since those will be interesting. :)