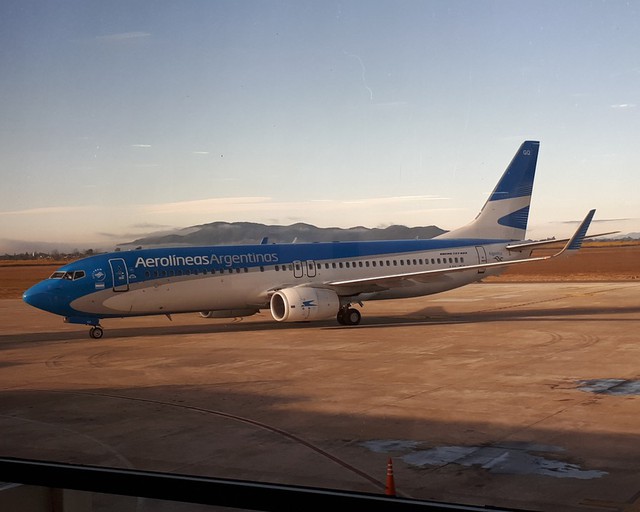 Hello and welcome to this exclusive report as it seems I am the first one to report it!


During our 4 months trip in Latin America, we went to a lot of places in Argentina, Chile, Peru, Bolivia, Ecuator and Colombia. 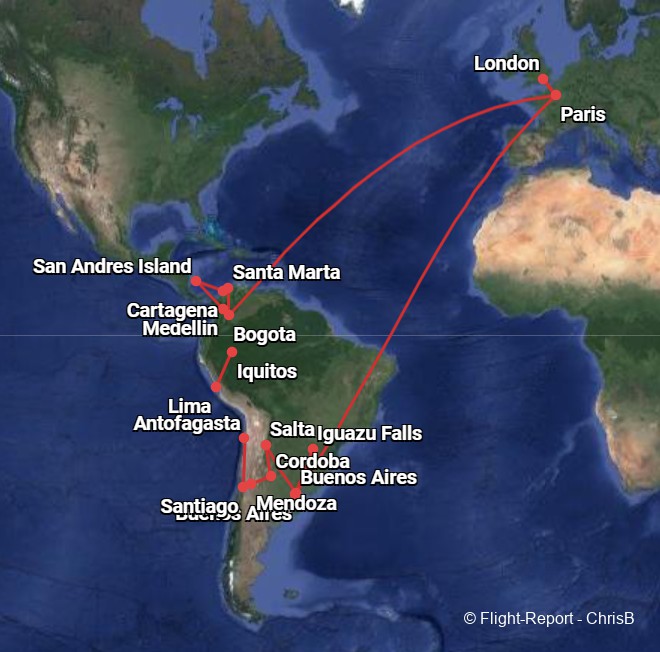 Most of the time we were travelling by bus in Latin America (most of them qre double deckers, with propper reclining seats and food included) however sometimes flying was cheaper if not the same price - so instead of being more 10 hours on the road, I luch prefer flying. and accumulating miles!

We booked this flight to reach and leave Cordoba for a very small amount: 39 Euros each (without luggage) hence travelling by bus wasn't competitive at all. As I have a Skyteam elite status, you can have a free extra luggage so free for me! 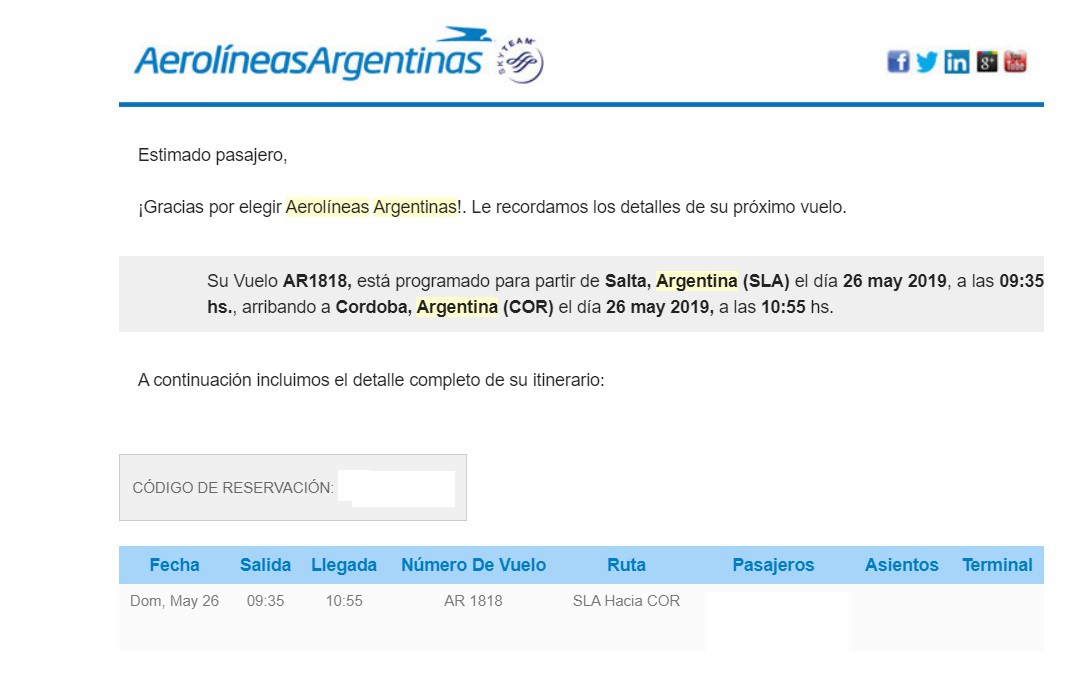 I used the brand new Aerolineas Argentinas to check in online for both if us. 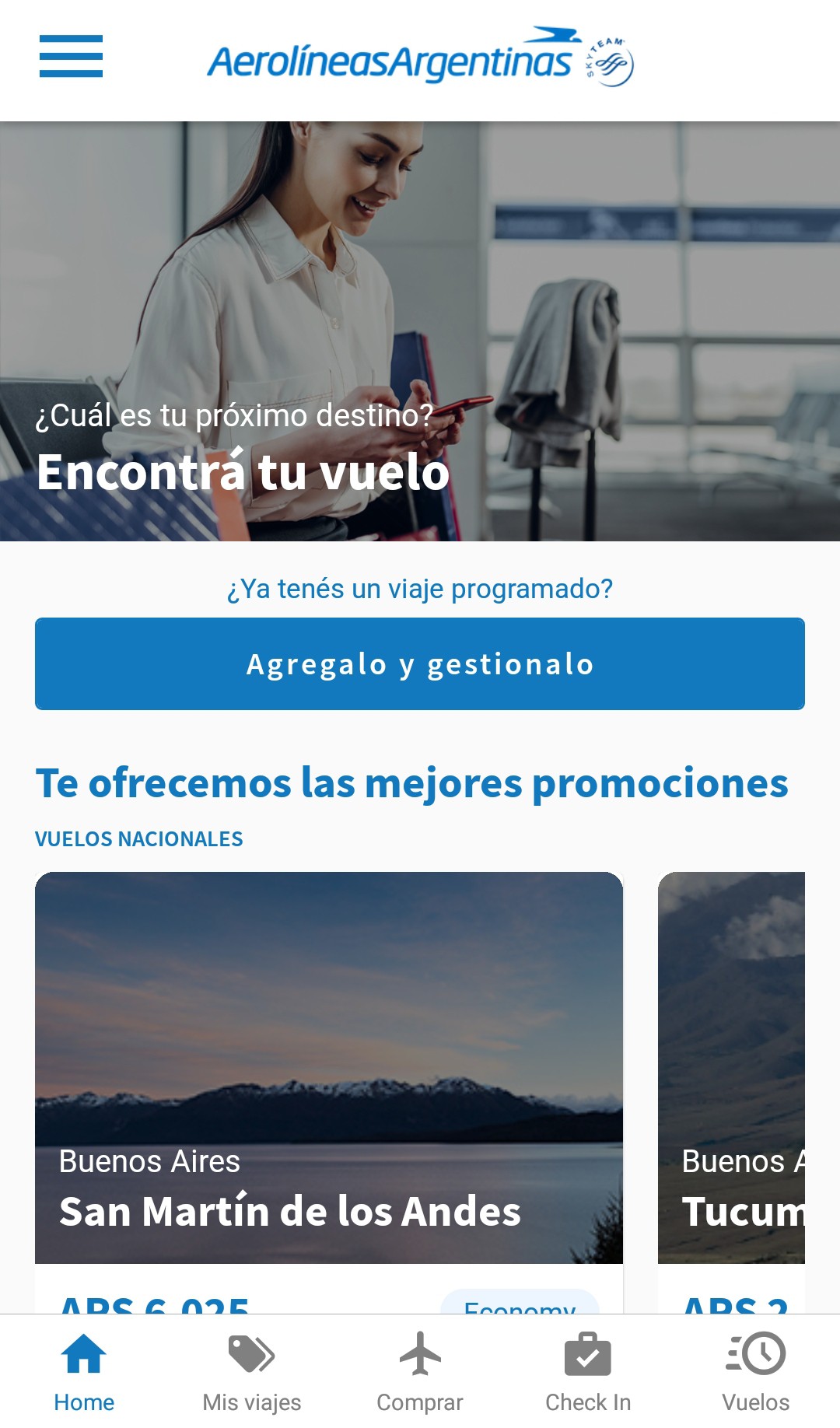 The seat mapping of the plane is available on the app so you can choose when checkin is open.

We arrived at Salta airport about 2 hours before to have plenty of time to drop the car we rented 2 weeks earlier. The aiport is small but very well organised, and so the whole process felt flawless.

There was barely anyone at the checkin counter so we headed directly there. The lady was efficient and professional, she saw on her system one of us had an extra luggage paid without me having to explain the status etc. 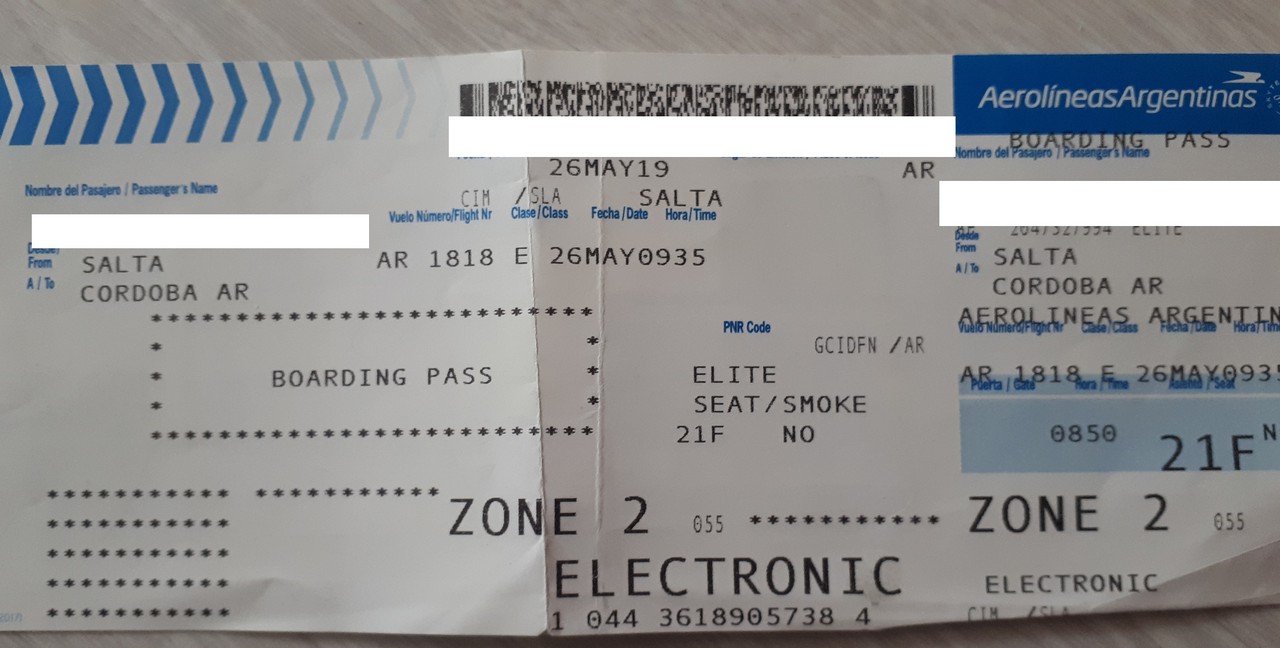 We then went upstairs through security to the food court to get some food and a nice view on the mountains and our plane approaching. 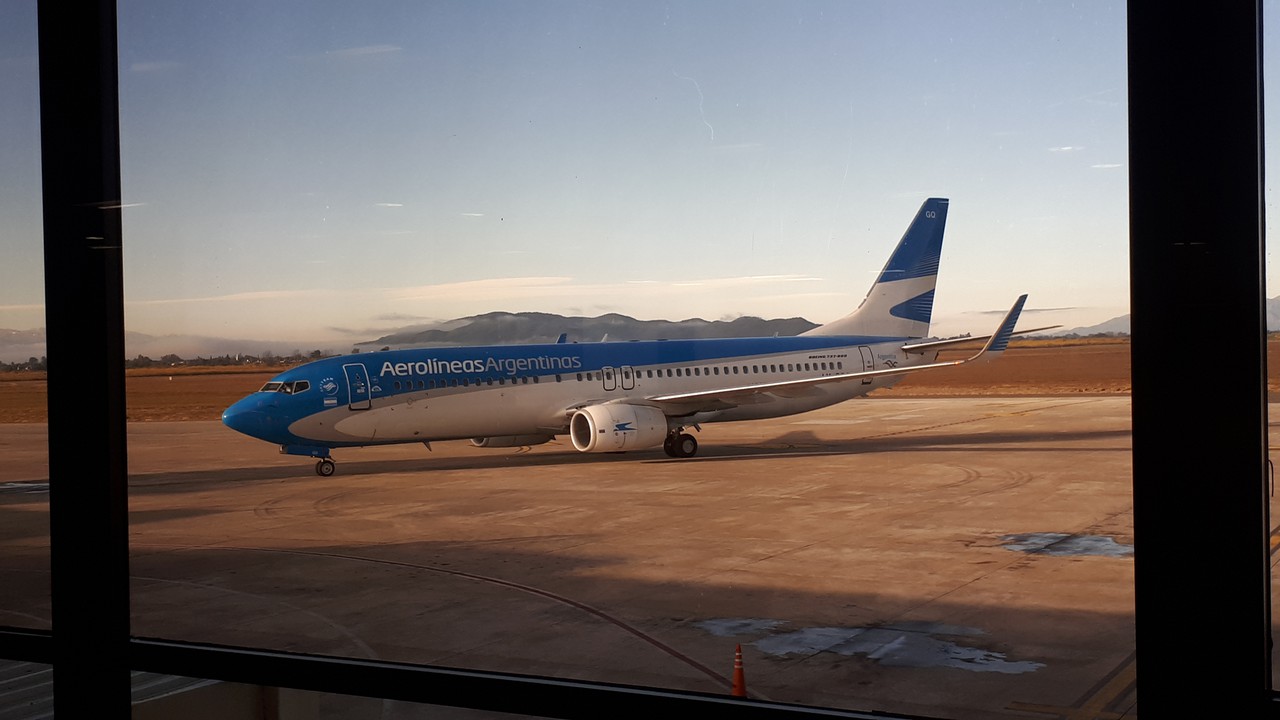 We took a seat facing our gate, number 3.

The AvGEEK bit
Aerolineas Argentinas has drastically grown (57%) since its re-nationalisation -that’s for my friends who believe privatisation is the key to everything :P With the help of Delta and Air France, the airline joined Skyteam in 2012. The airline offers 56 destinations and has carried 18millions last year from both of its hubs- Buenos Aires Aeroparque Jorge Newberry and Ministero Pistarini airport. Aerolineas Argentinas has a fleet of 39 B737s for its domestic and regional flights, and has been receiving B737Max – 5 of them are currently operated with a further 8 on order. 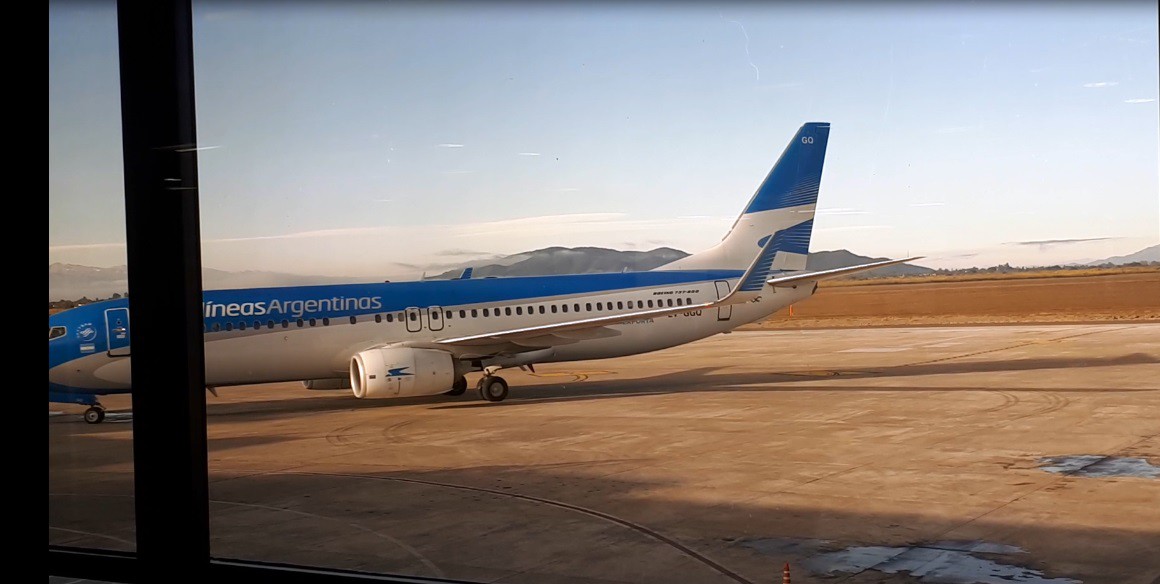 We quickly walked through the jetway to reach the plane, and after usual welcome from the crew, our seats.

The seats were clean and confortable, equiped with thick armrest and adjustable headrest with a pitch above average with 32in in between seats in economy.

We were taxiing for a very very short time - litterally 2 min as the plane turned a bit right, a bit left and the edge of the runway 20was there! 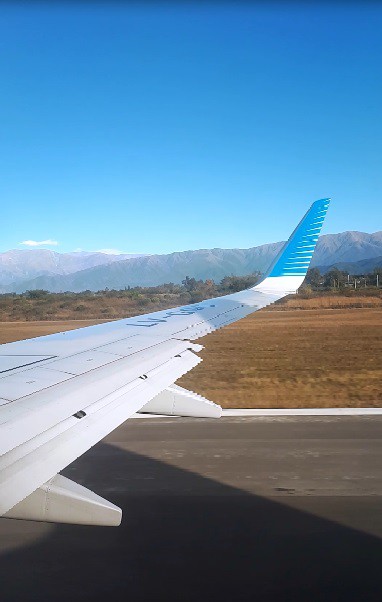 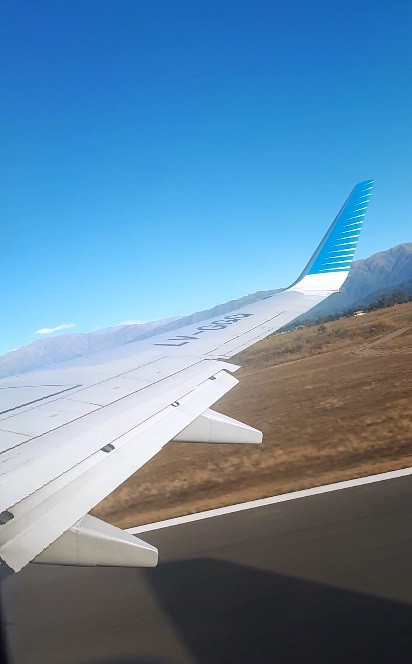 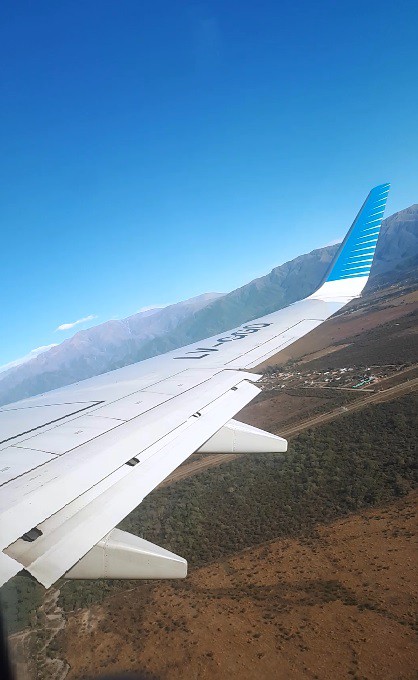 The seat belt switched off passed 10,000 feet, which was a short time after take off since Salta is in altitude.

The crew started their on board service, offering coffee / tea / drinks and biscuits. Like most skyteam members; the food service is complimentary.

According to our own experience Food and Wine are just amazing in Argentina, way above the other countries we travelled to, however I must say their coffees isn't the best at all, and the one we were offered was really awful.

There is no IFE but a very thick Alta magasine on board; that had a very good amount of travel articles, a few adds and a good presentation of the airline. 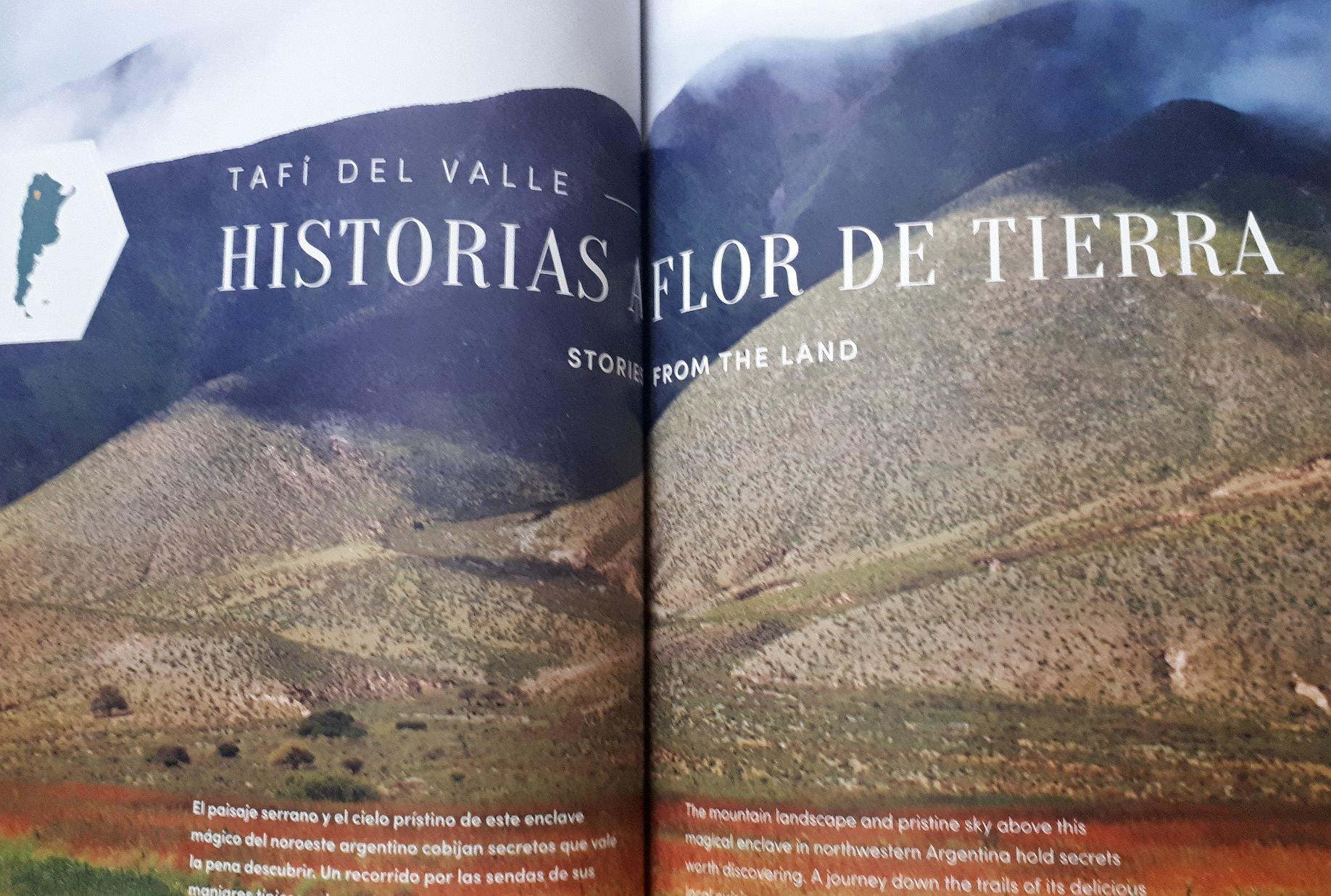 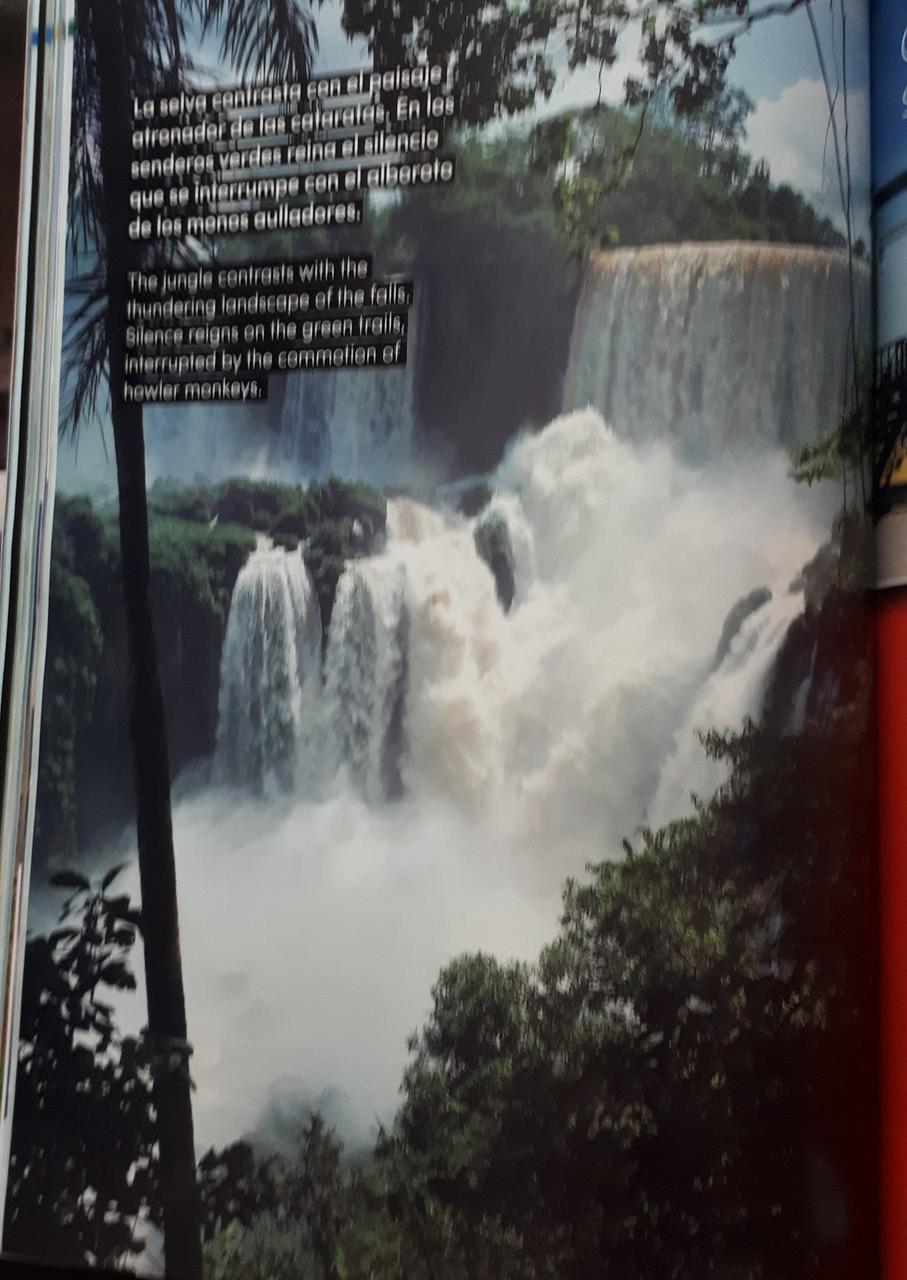 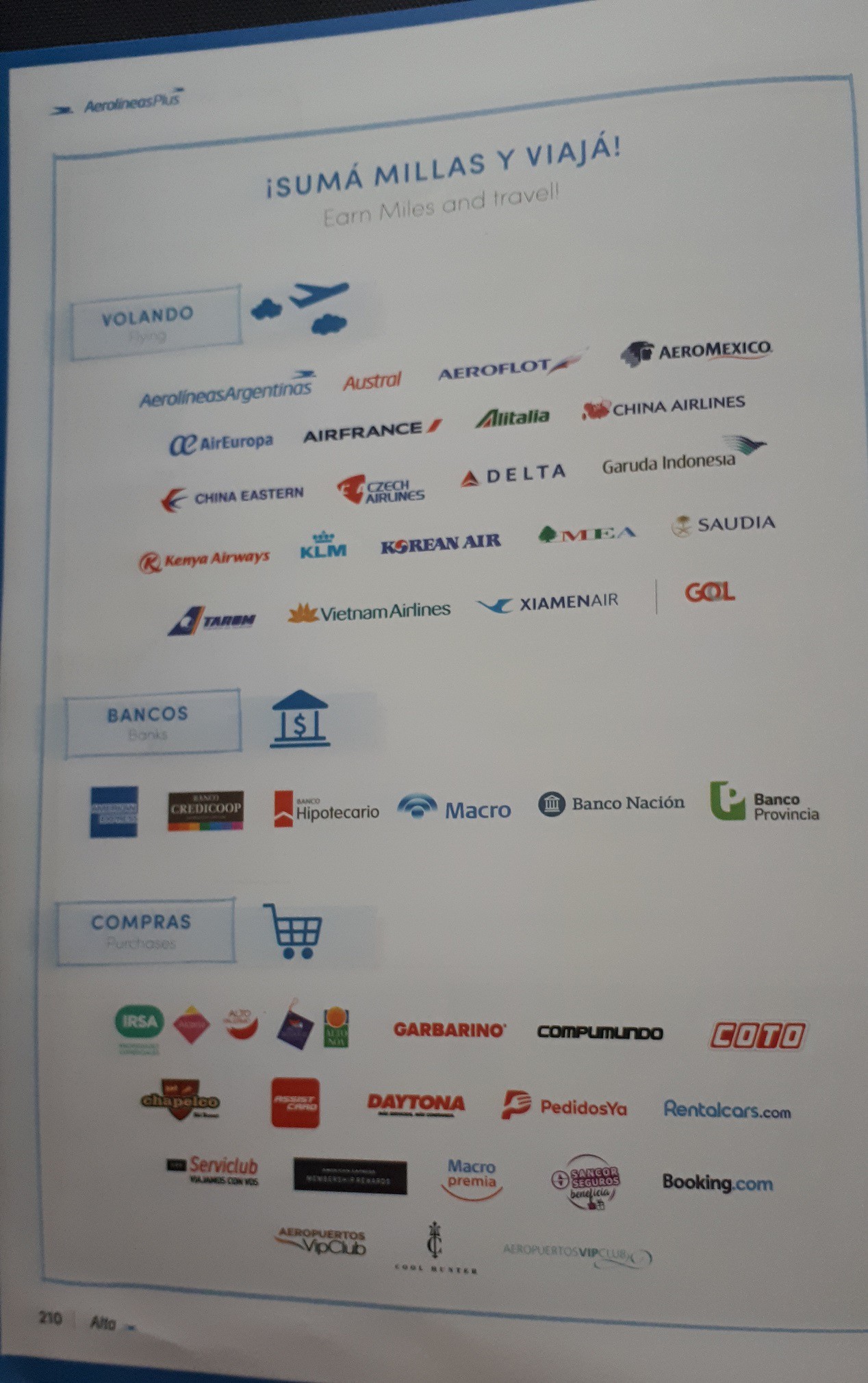 There was some details about the fleet.

At mid flight the captain made a second announce telling us some details about the flight - altitude, cruise speed, landmarks around etc. 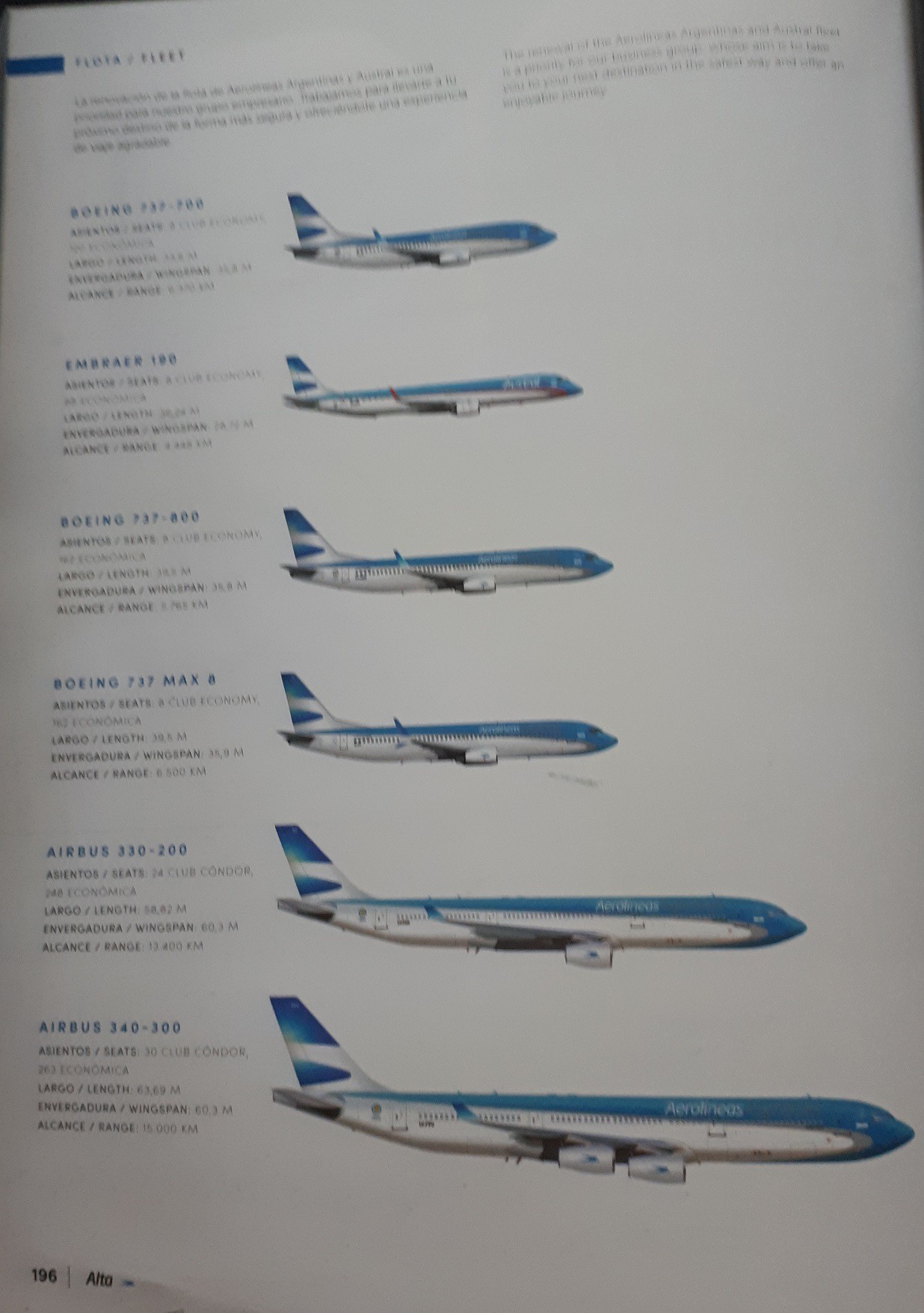 The airport was smooth and taxiing short and we arrived to our gate a very few min after. 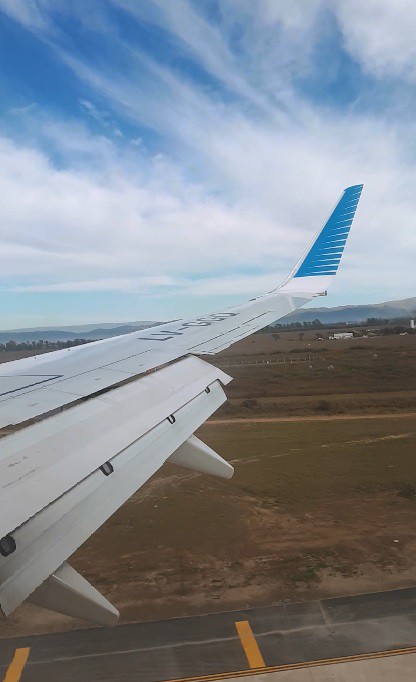 We desembarked using the jetway and went downstairs to wait for our luggages.

Cordoba isn't the best looking airport but at least it is small so we didn't have to wait for a long time. 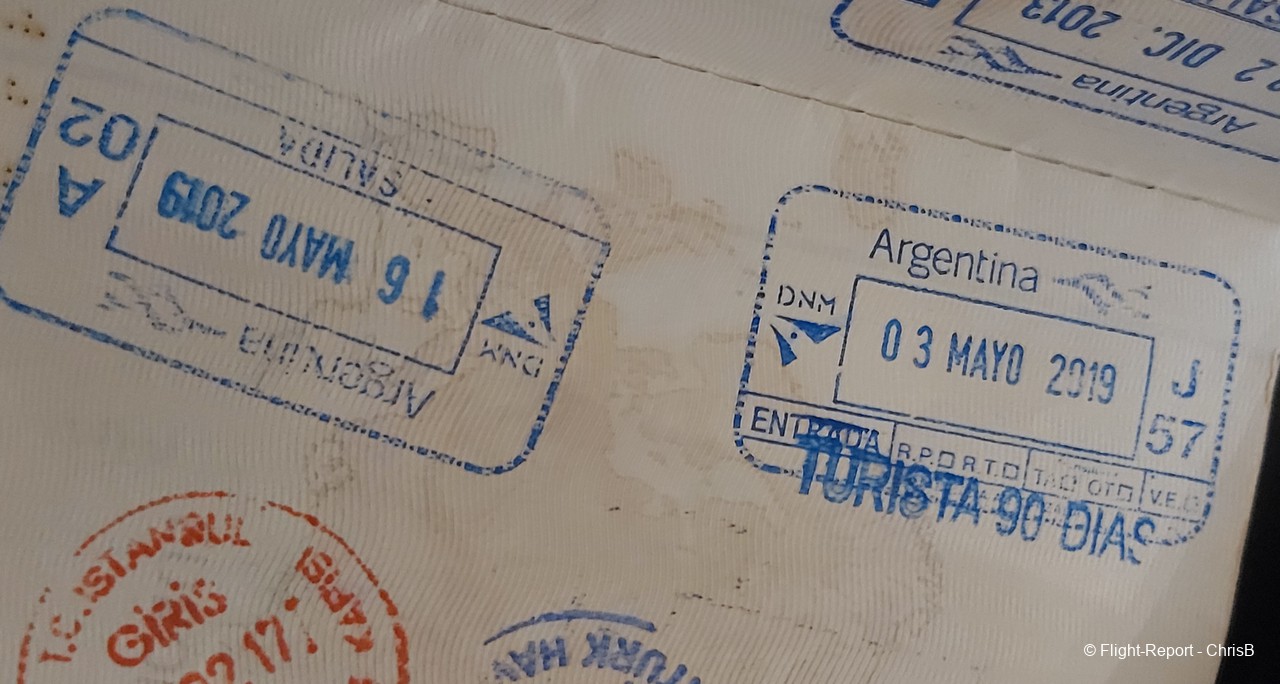 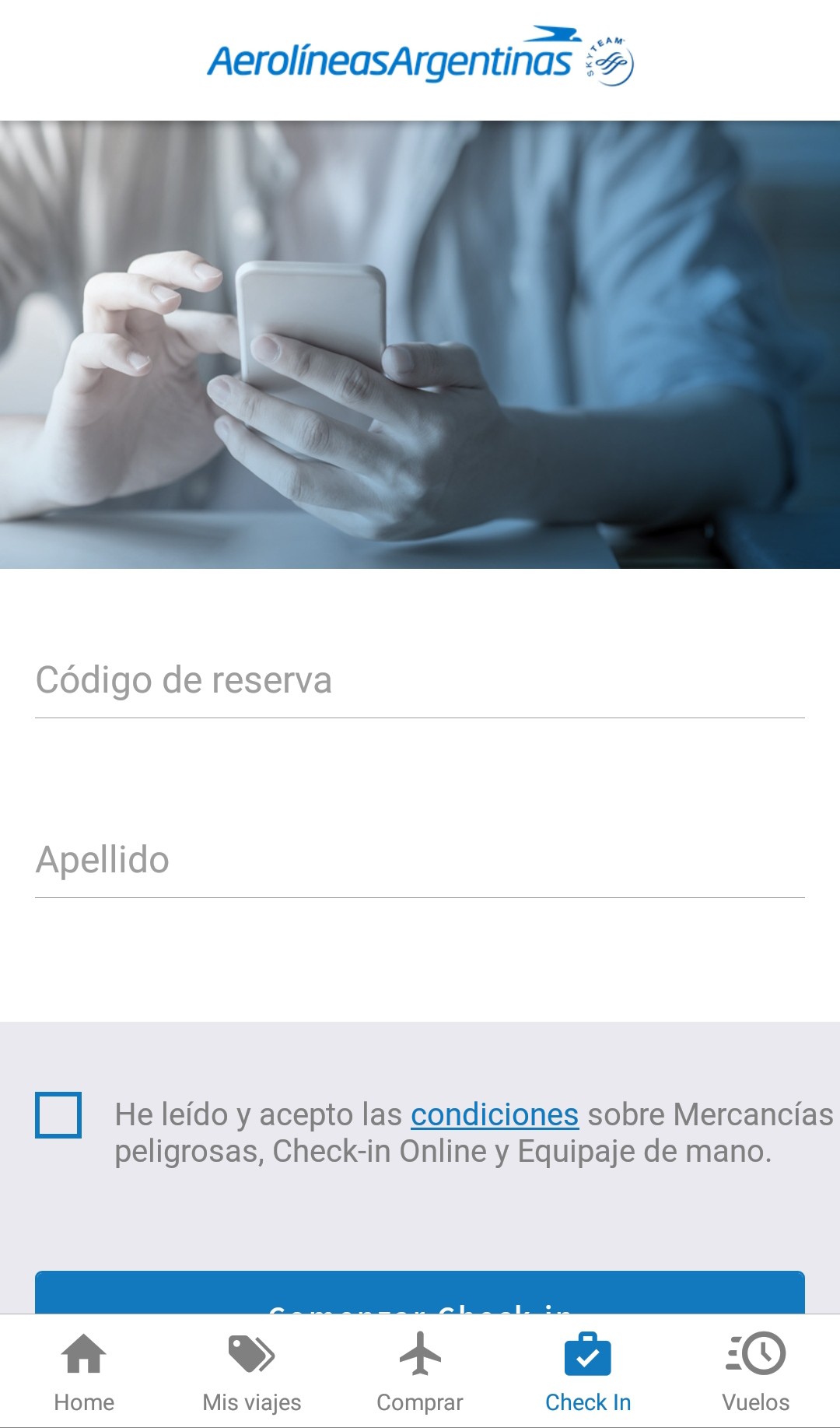 In conclusion a nice flight with Aerolineas Argentinas, very good value for money. Despite the airline having some financial difficulties, the service on board is good, and the short haul fleet fairly young.