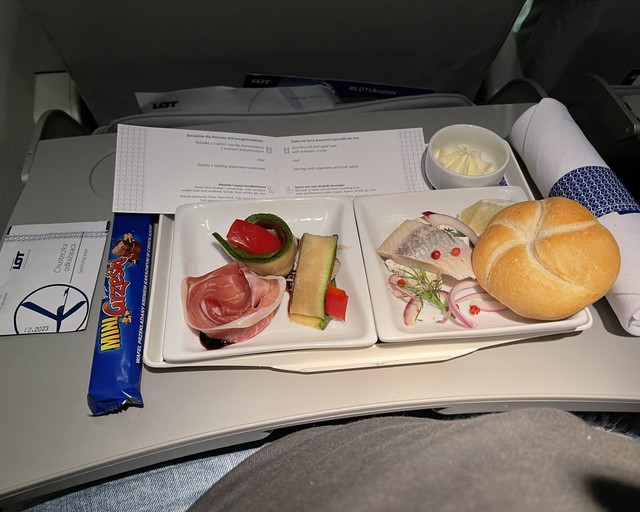 #42 out of 71 Airlines A minimum of 10 flight-reports within the past two years is required to appear in the rankings. 222 reviews 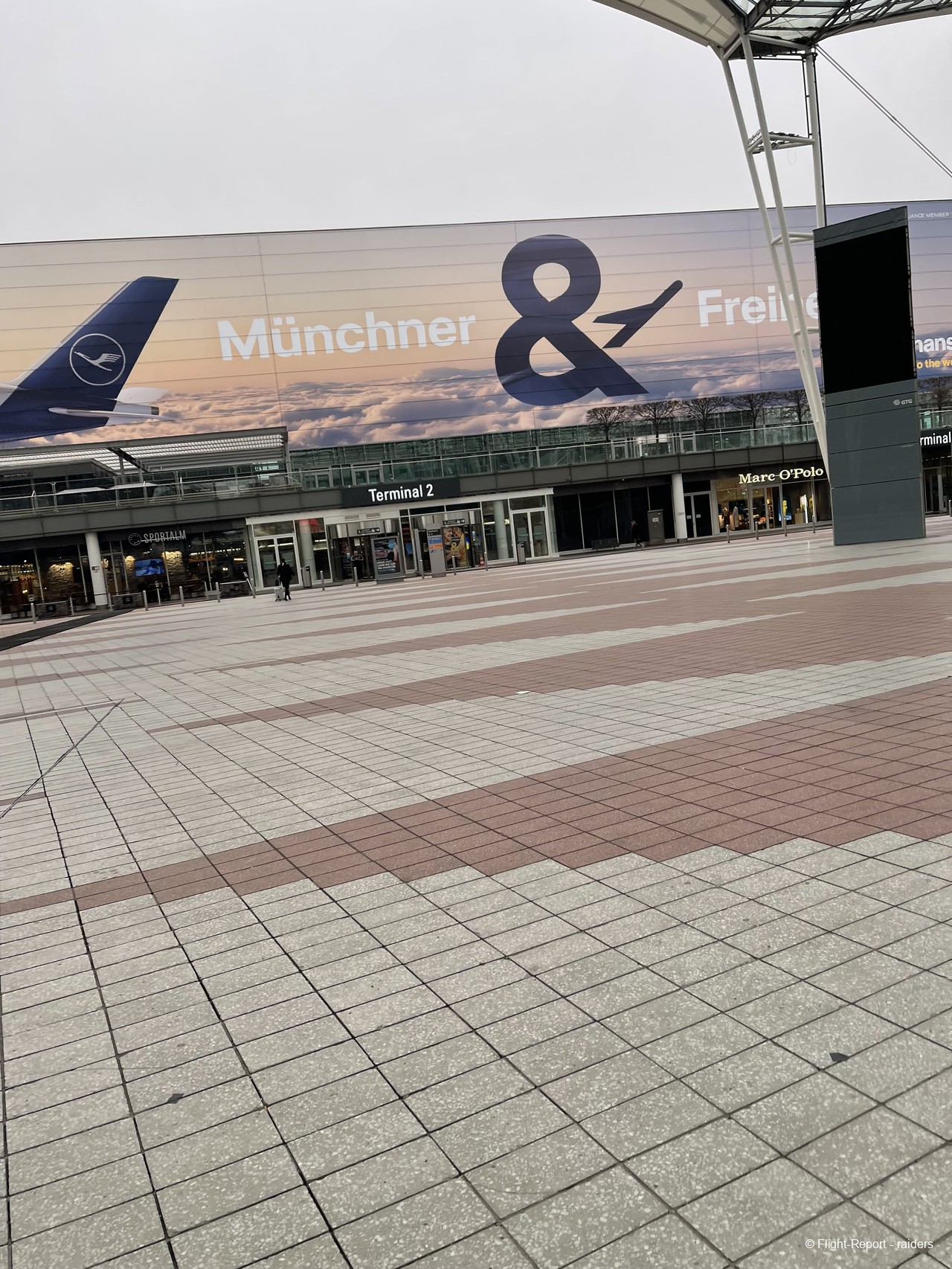 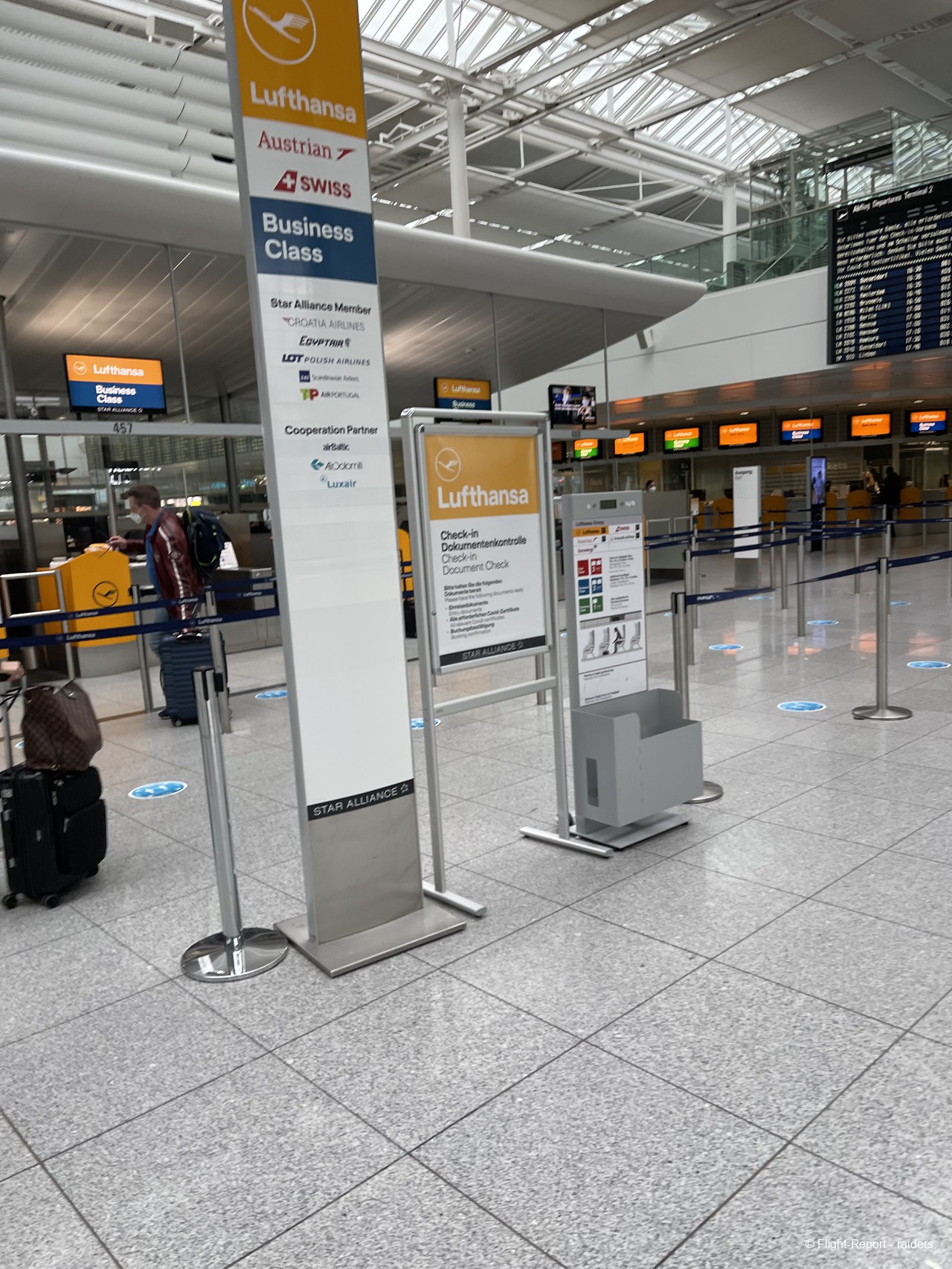 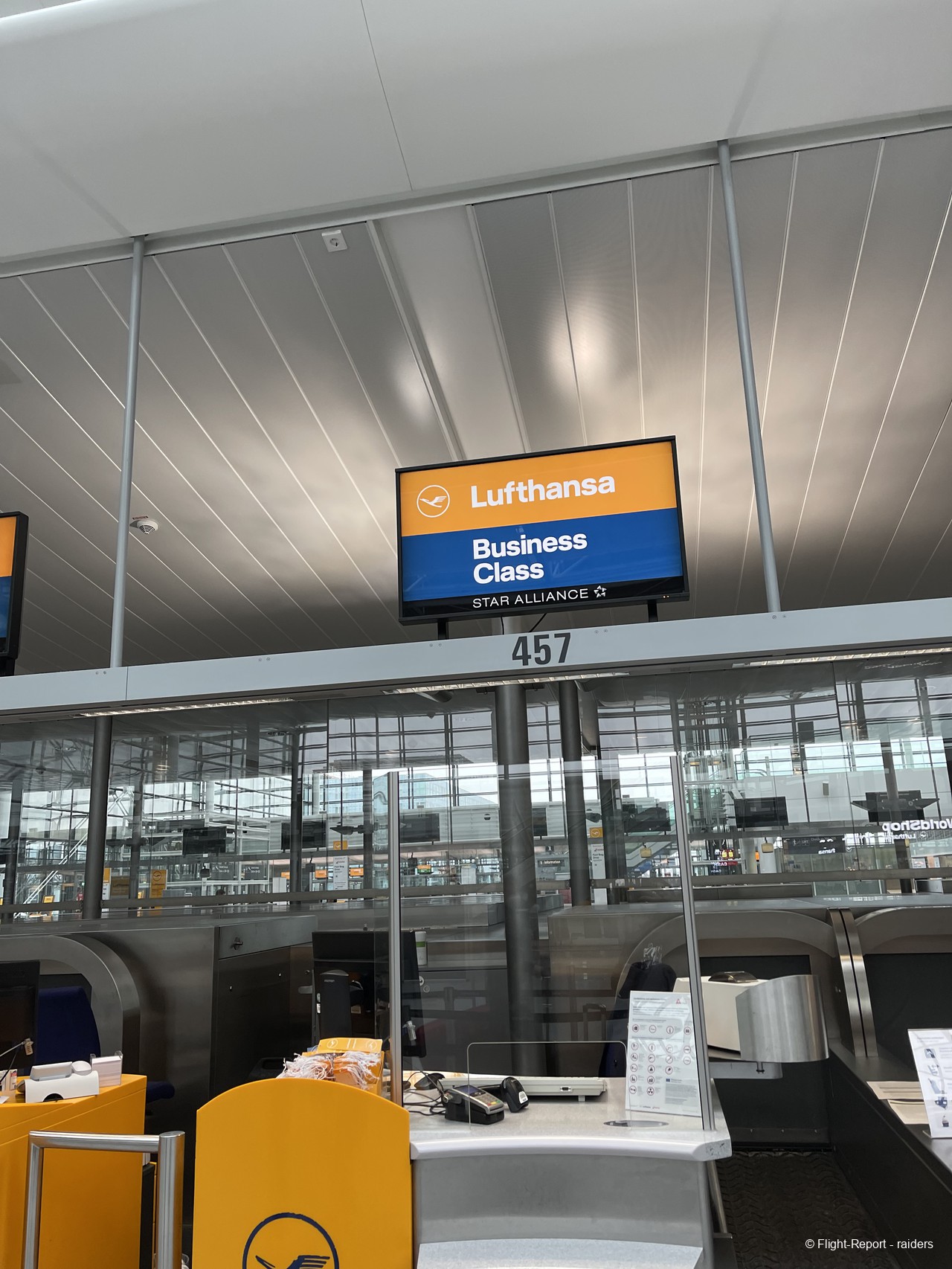 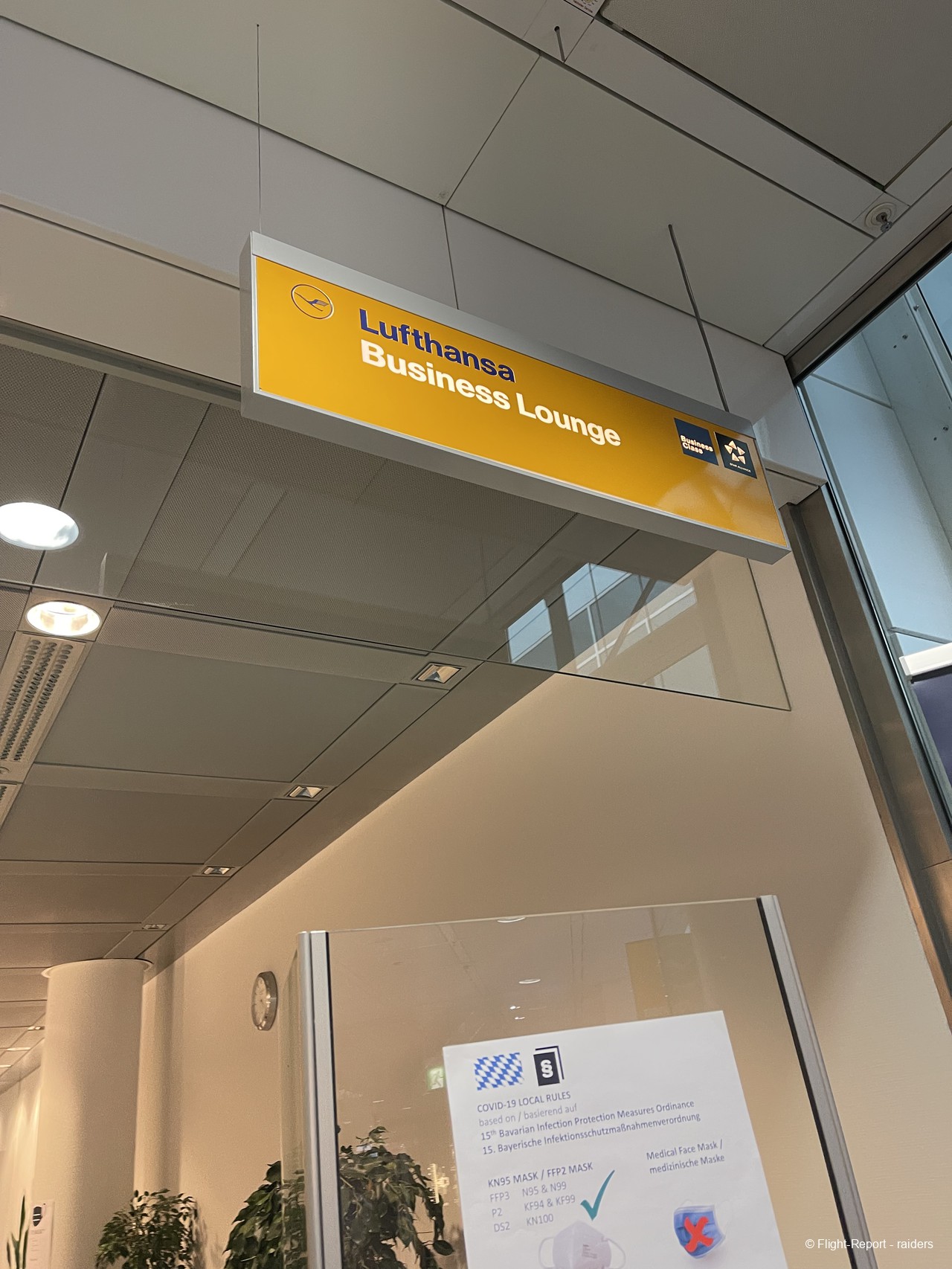 So it was Thursday Afternoon, after my work has been finished I decided as usuall go to the Airport earlier to have some food and drinks and relax before my flight(which is always my favourite thing before flying). At the Airport I was at ca. 16:00 and went already to the Business class check-in. What I oibserver that……Airport was empty…..there was so few people that I was starting wondering is something happened and maybe airport was evacuated but fortuantelly i saw that in business class before me were 2 people.After quick baggage drop-off I went via security. There were some problem with pair from India I assumed but I was passed without problem when they stayed and tried to discuss with security stuff. After that I went to the Lounge. 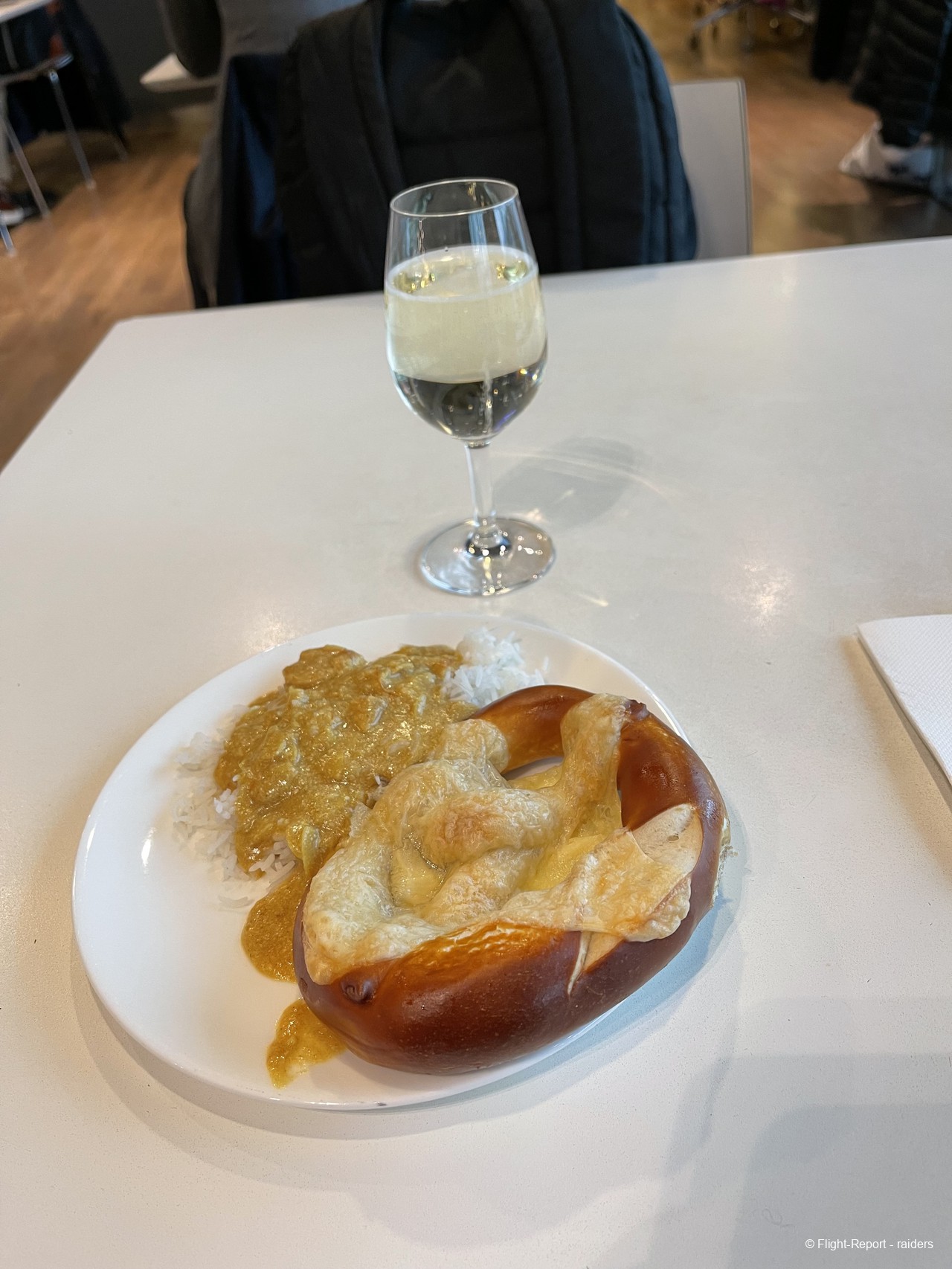 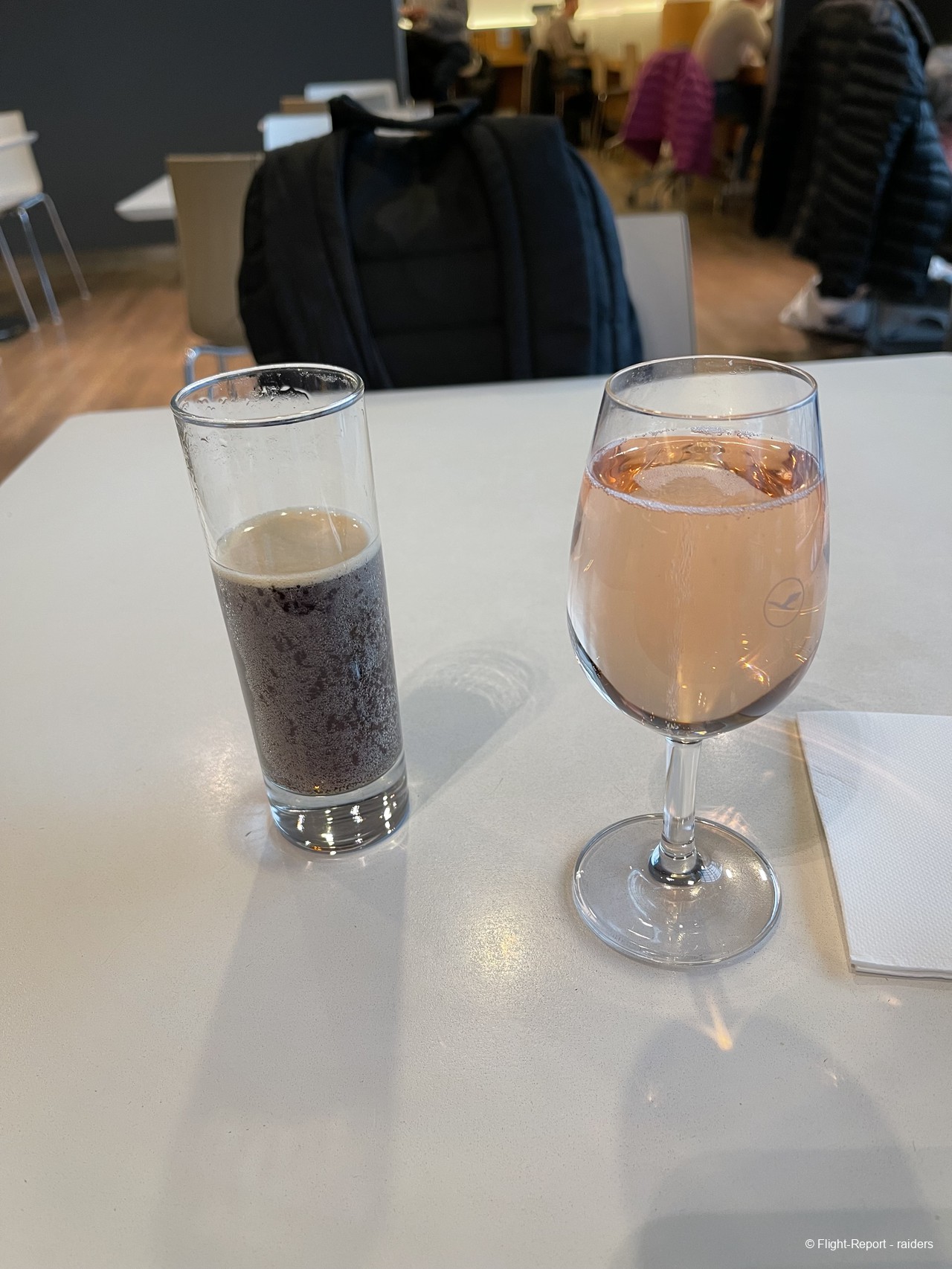 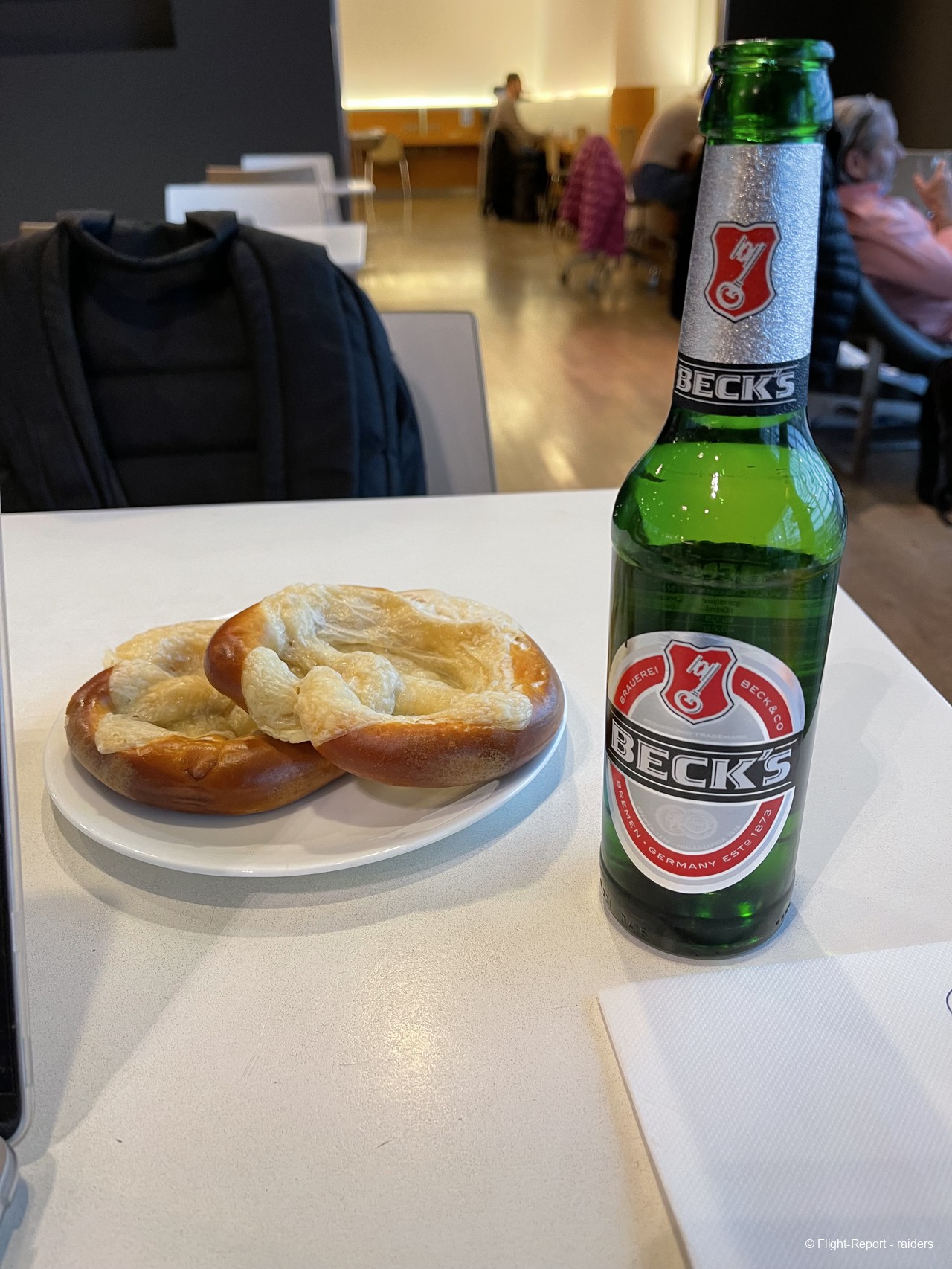 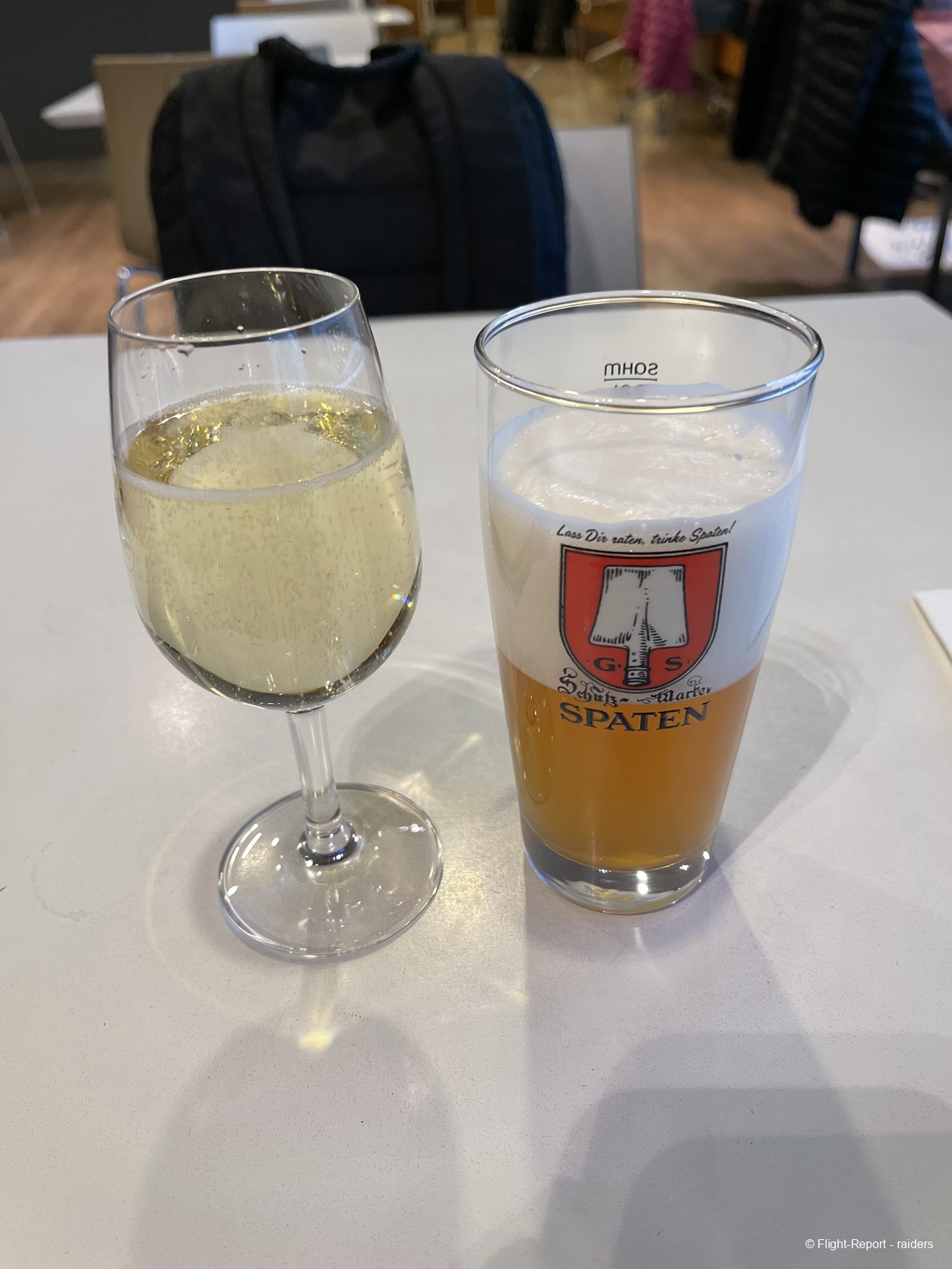 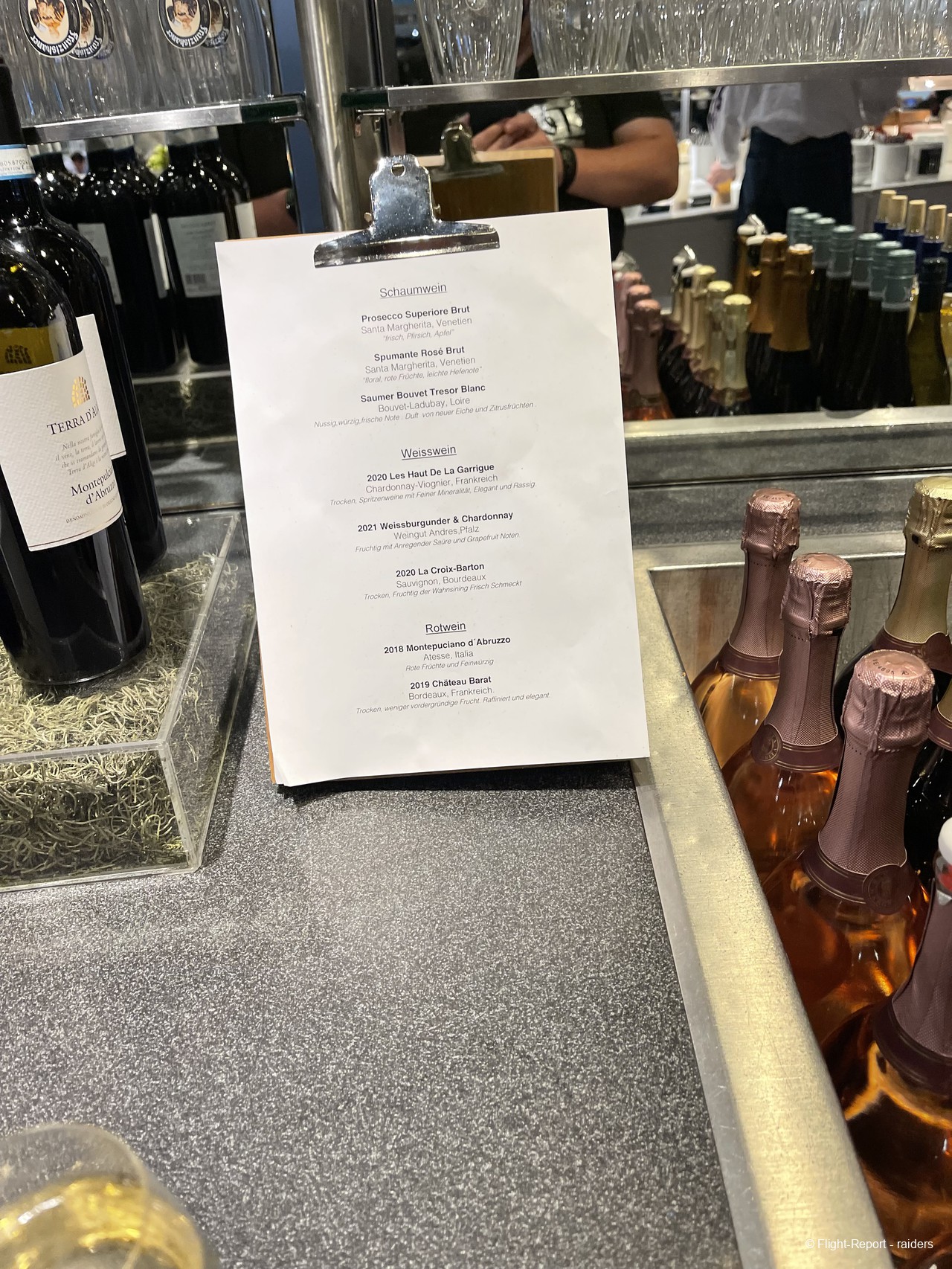 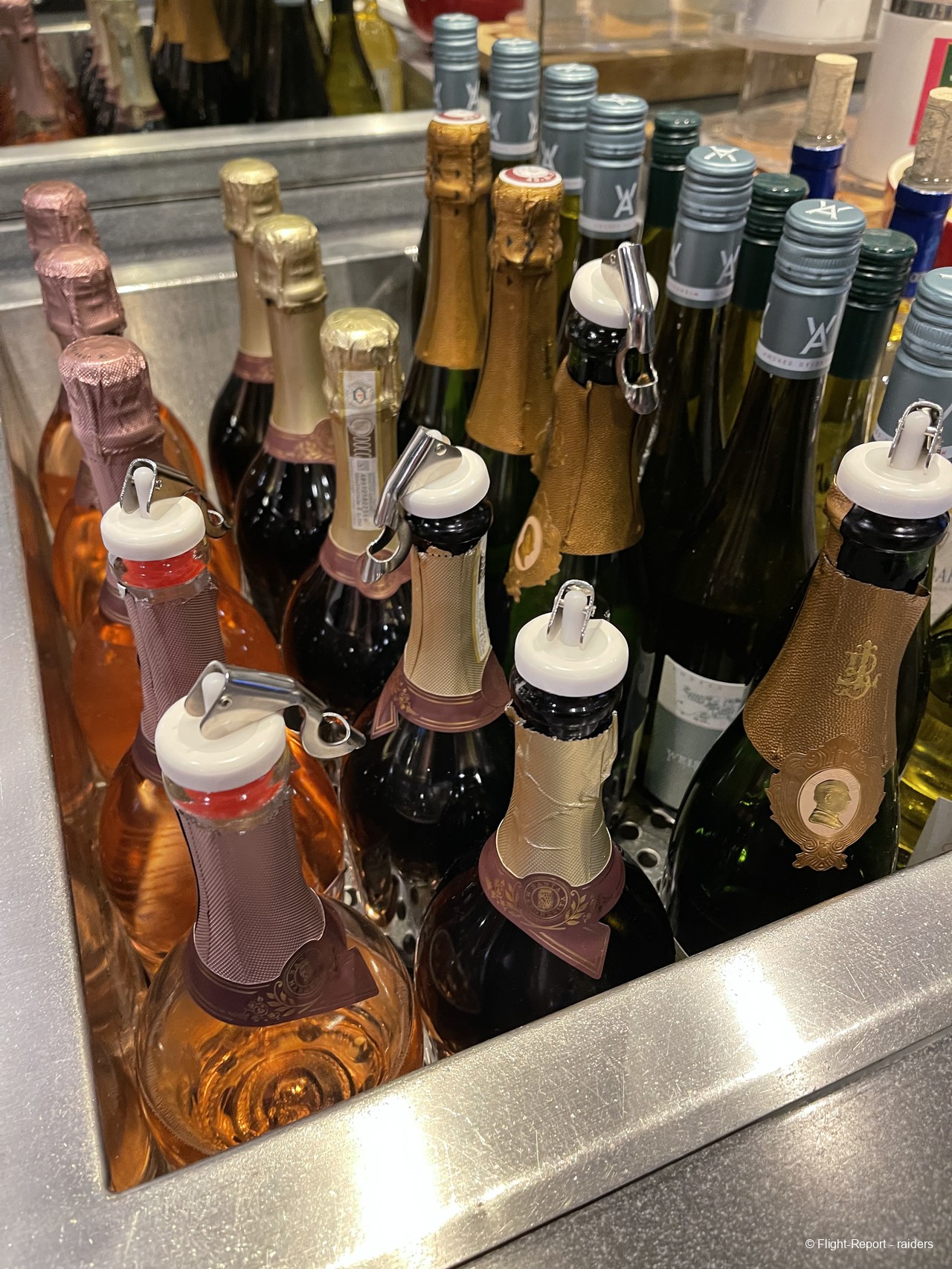 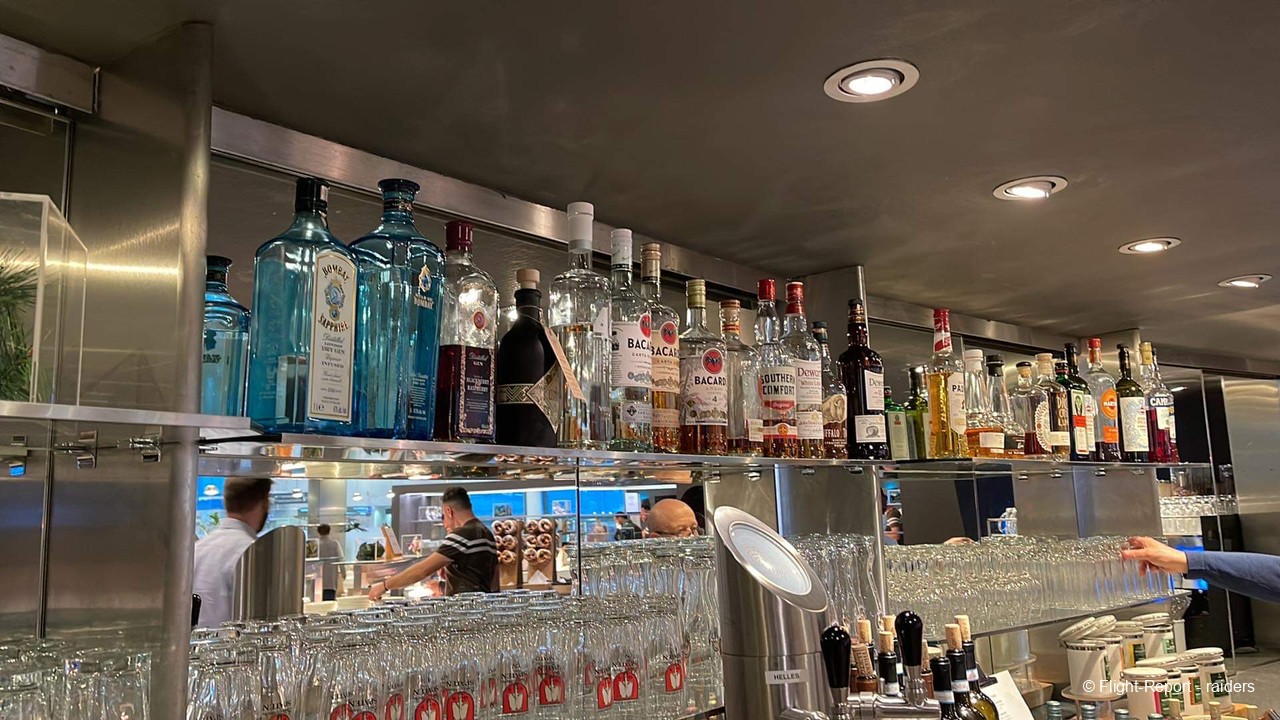 There was only 2  hot options- Rice with chicken curry and some sweet soup with apples. (I know it's not looks so good but also I didn't think it was something special-in this Lounge I had a better food honestly) additional I took cheese pretzel. Of course as me always, I took also prosecco. Later on of course some more sparkling wine and beer with pretzels. And that took me 2,5h and due that some genius planned that LOT will went from Terminal 2 sattelitte I need to go to train to move to second terminal. There is also Business and senator lounge but I don't know why(yeah officially still because of pandemic ) Lounges there are opened only till 16:00……without comment. But near 19:00 I went from lounge and it took me 7 minutes to be on sattelitte. Boarding started at time and was nice to see that today Business class is very busy…..only 2 People xD I love it->there was also 1 person on premium economy(which was one of last time when on european routes you can see it due that from 21st of March european Premium economy has been removed- only transatlantic left) 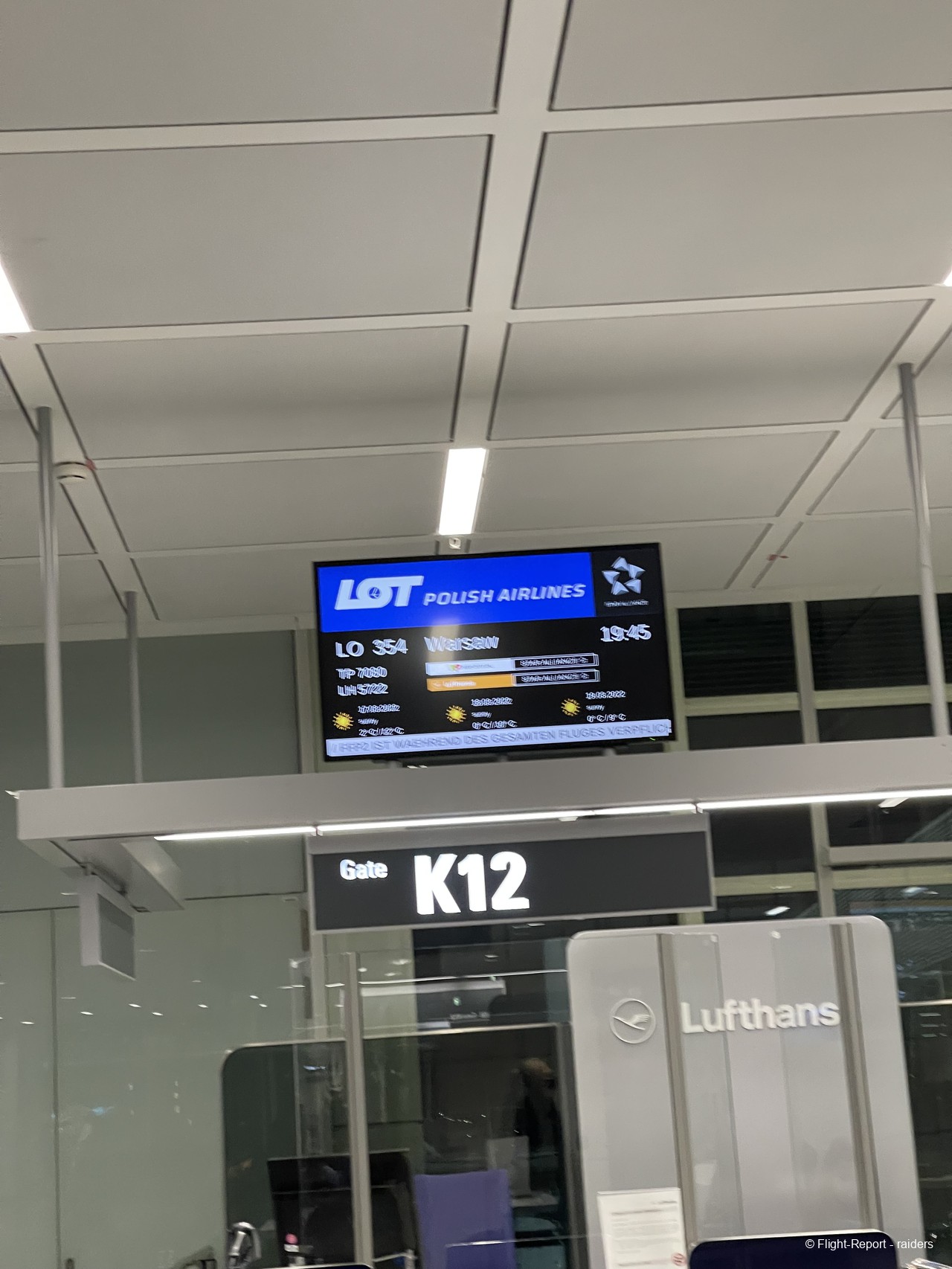 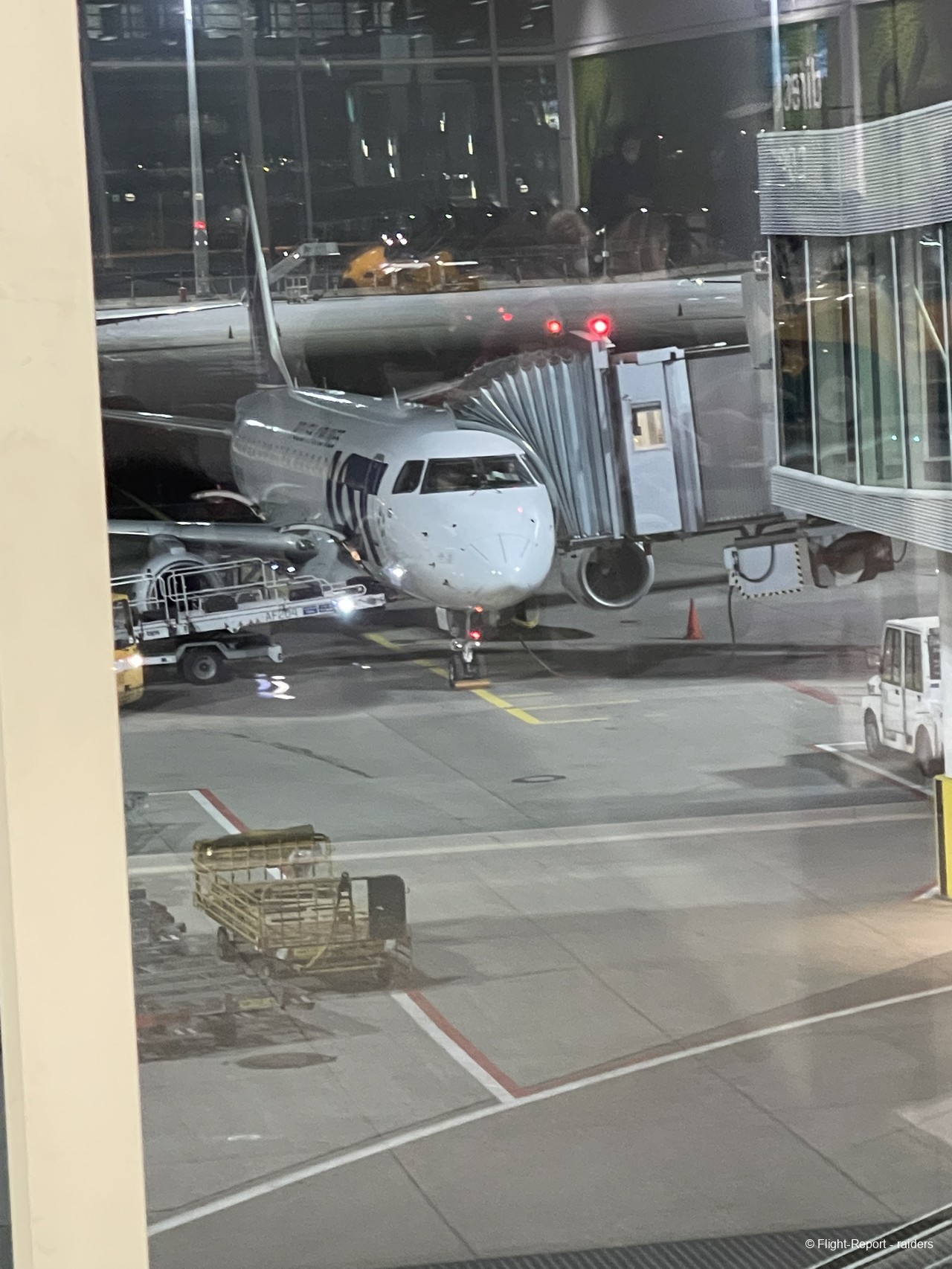 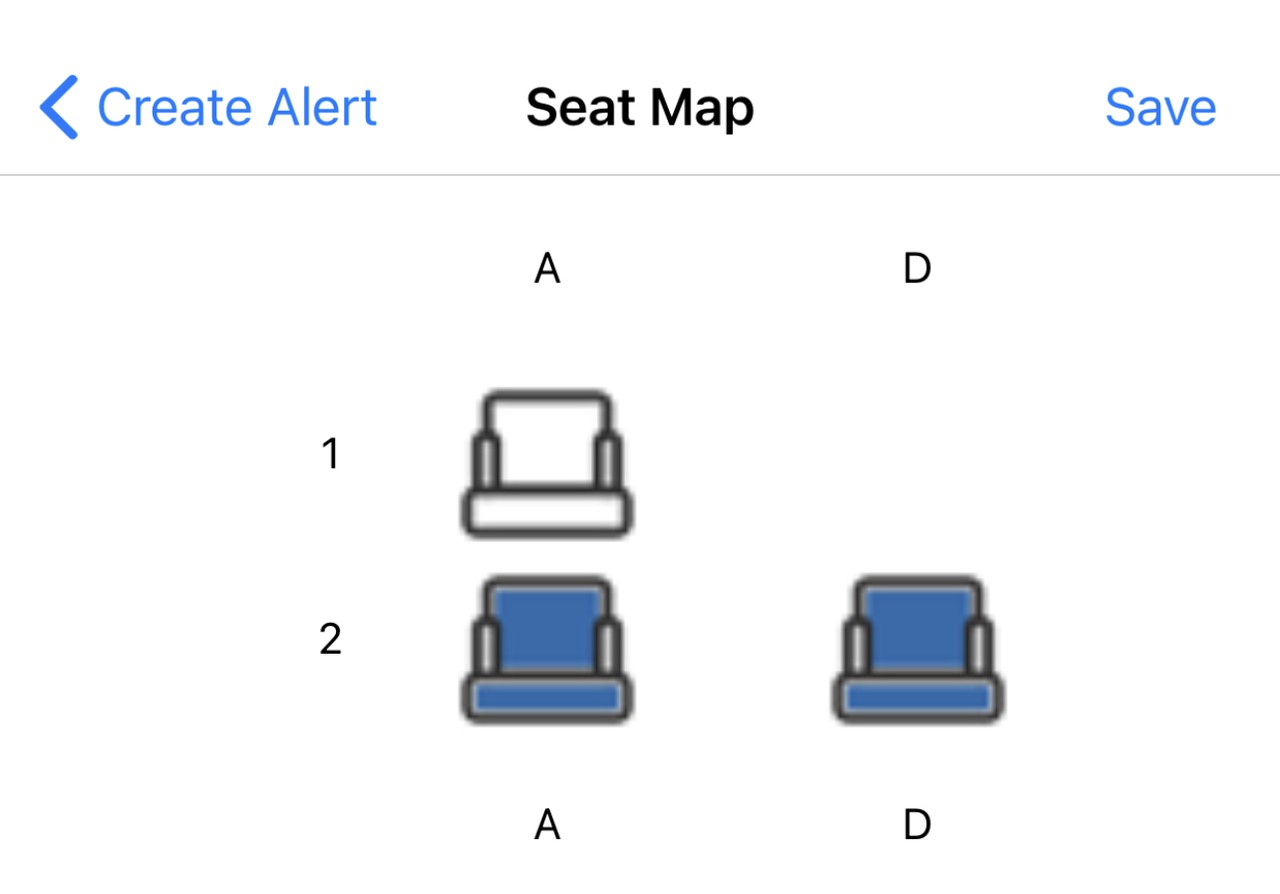 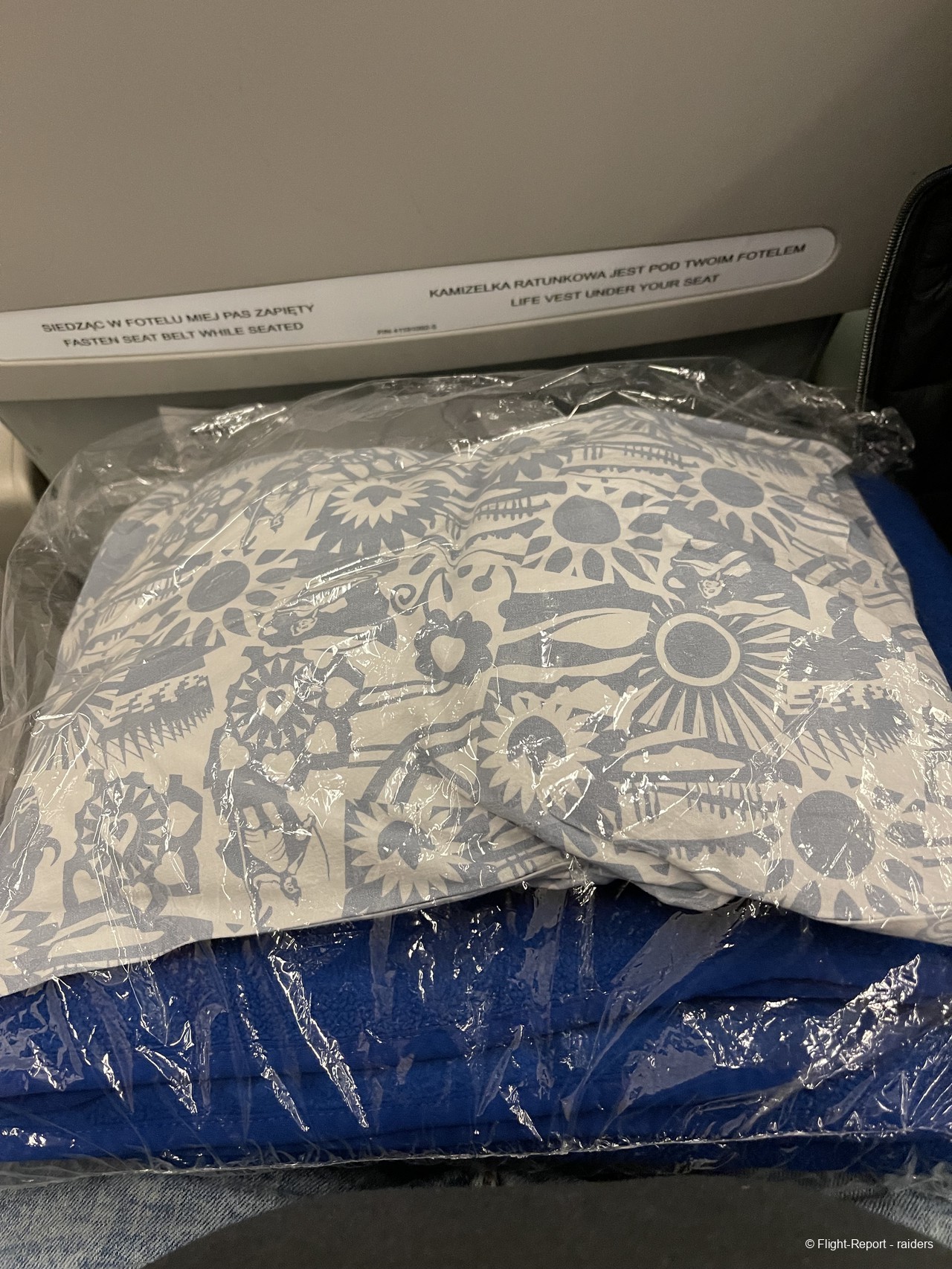 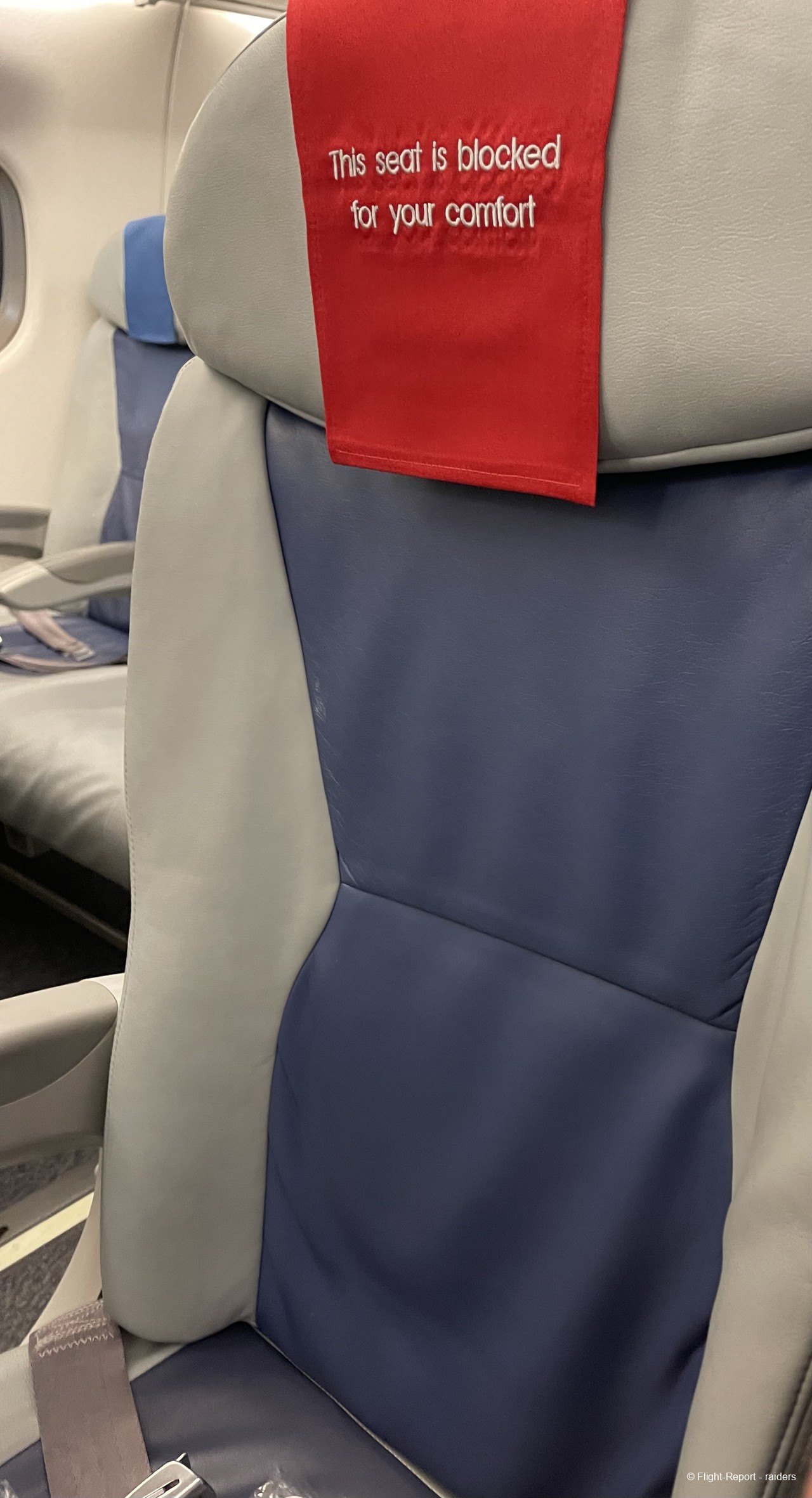 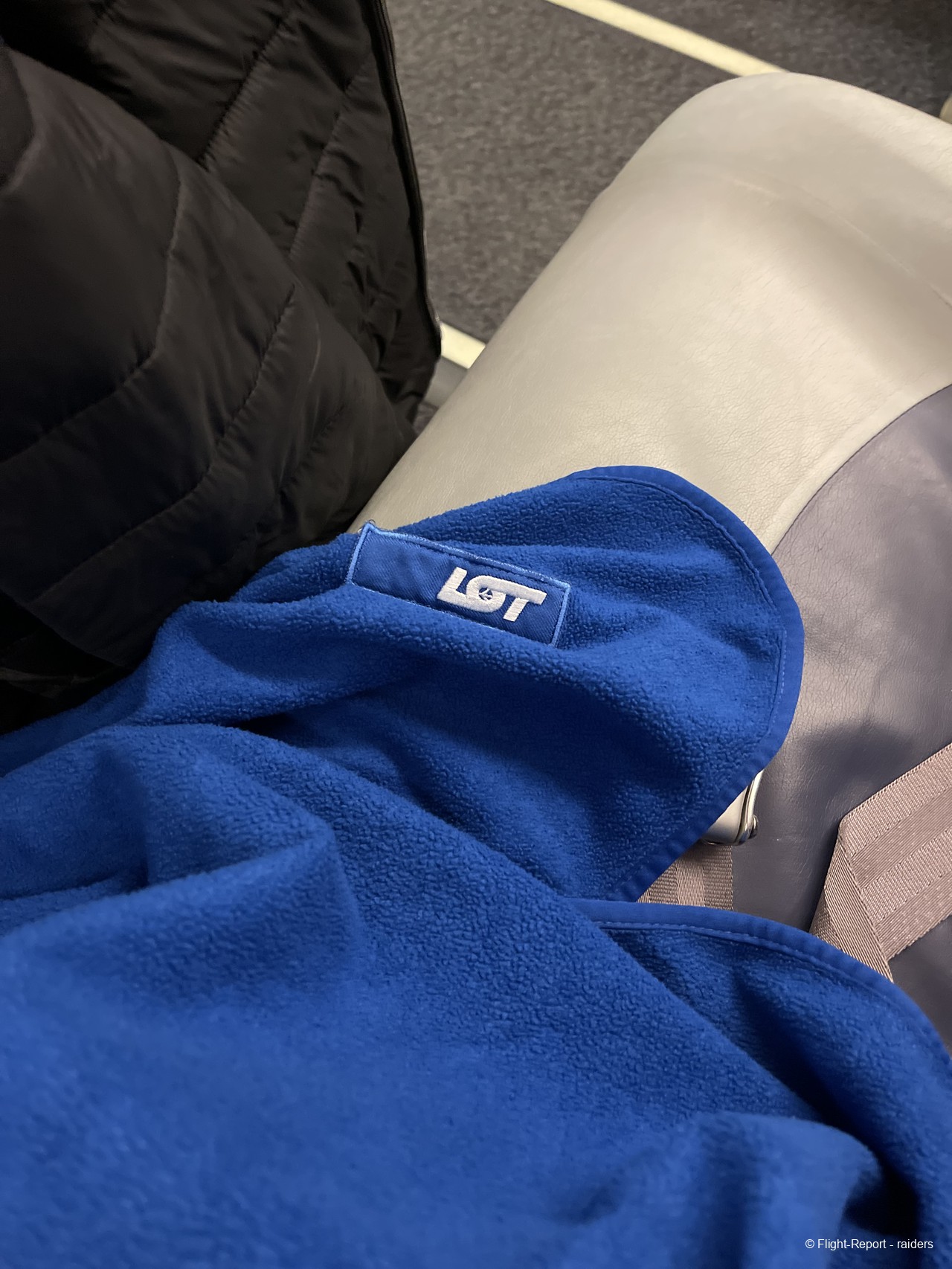 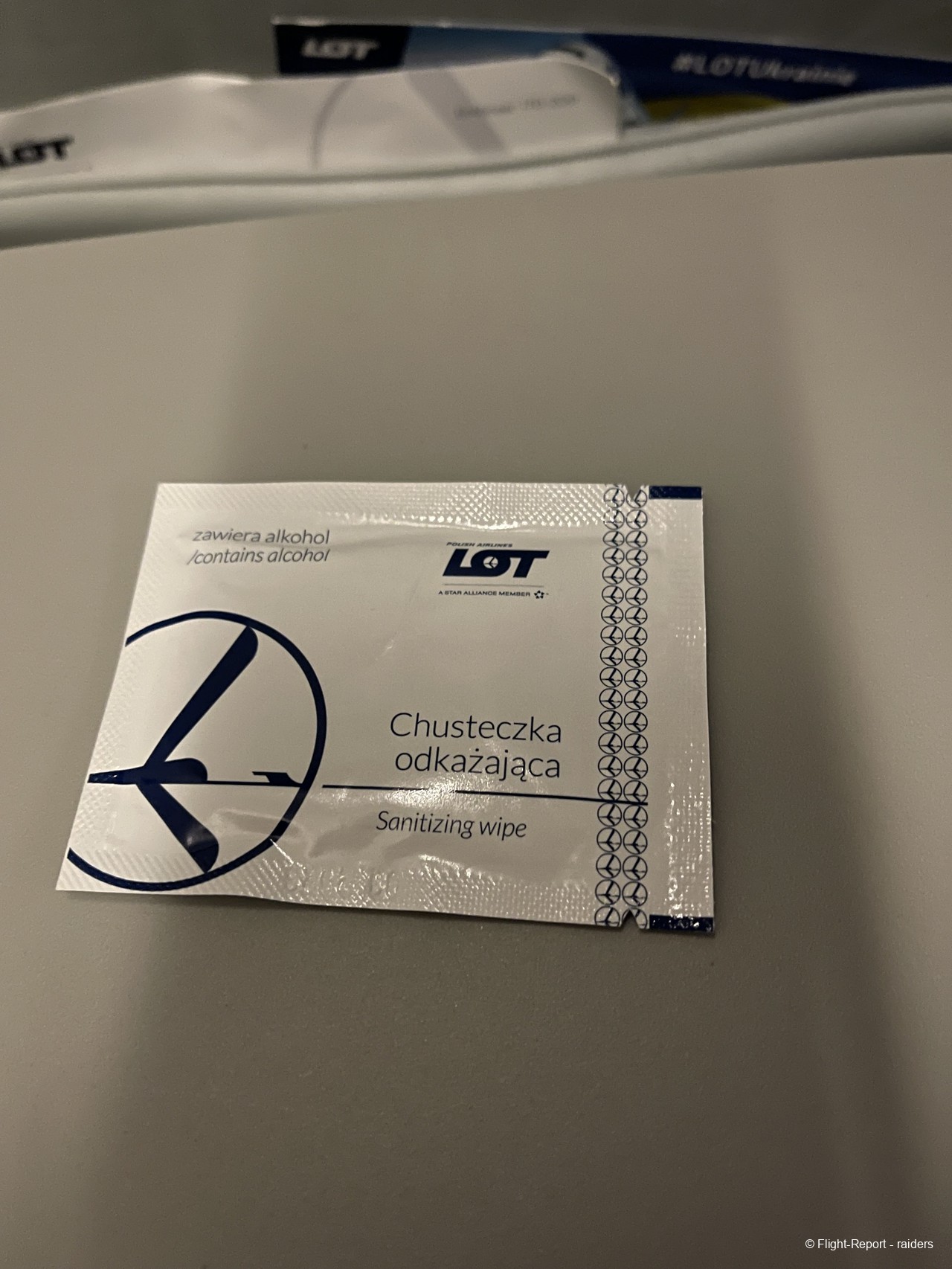 After I sat on my seat and preparation for departure almost finished i asked for blanket and pillow. This always makes me that I feel like at home :) Of course everything is branded by LOT. Nice one. Also Alcoholic wipe has been distributed 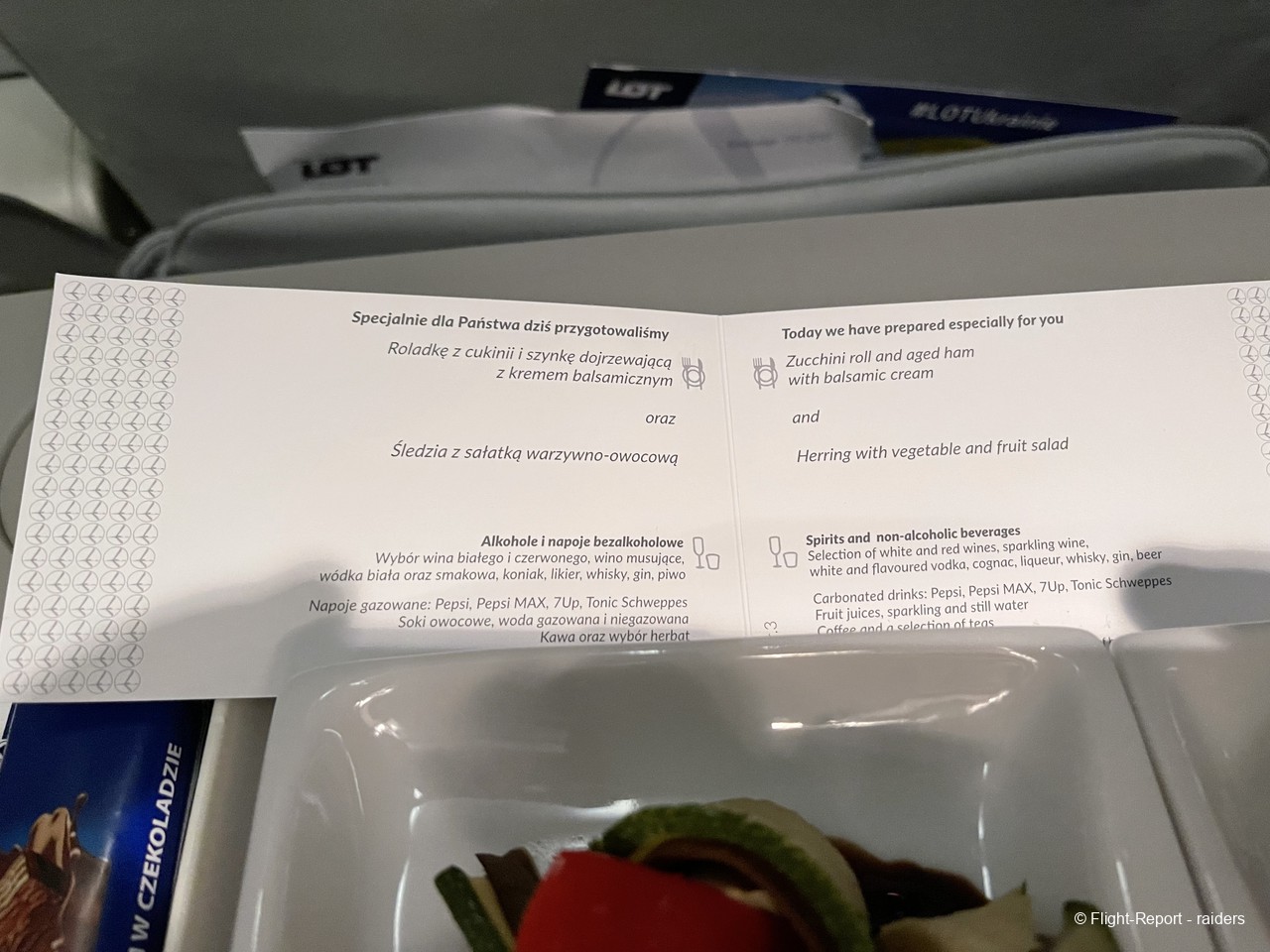 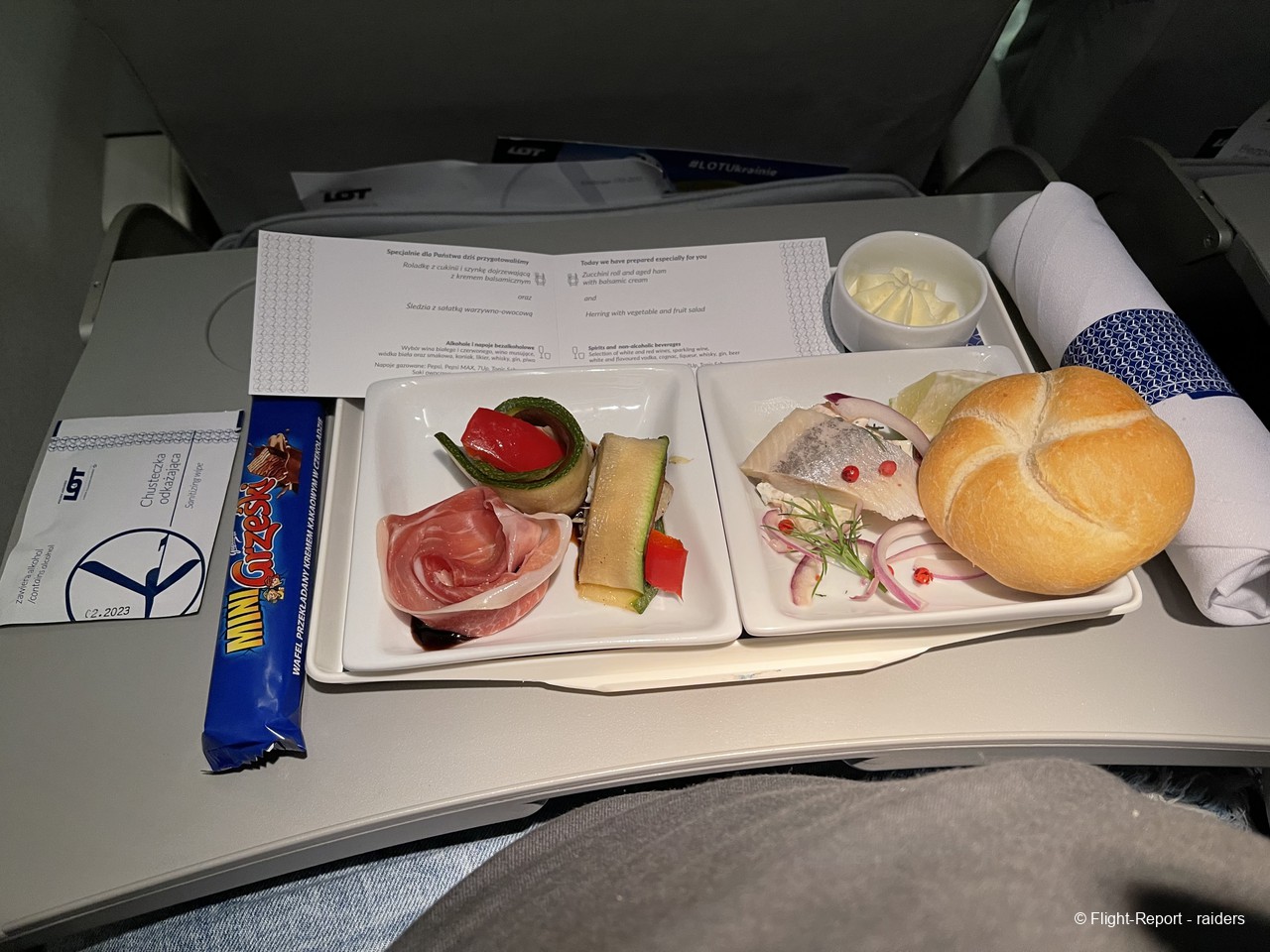 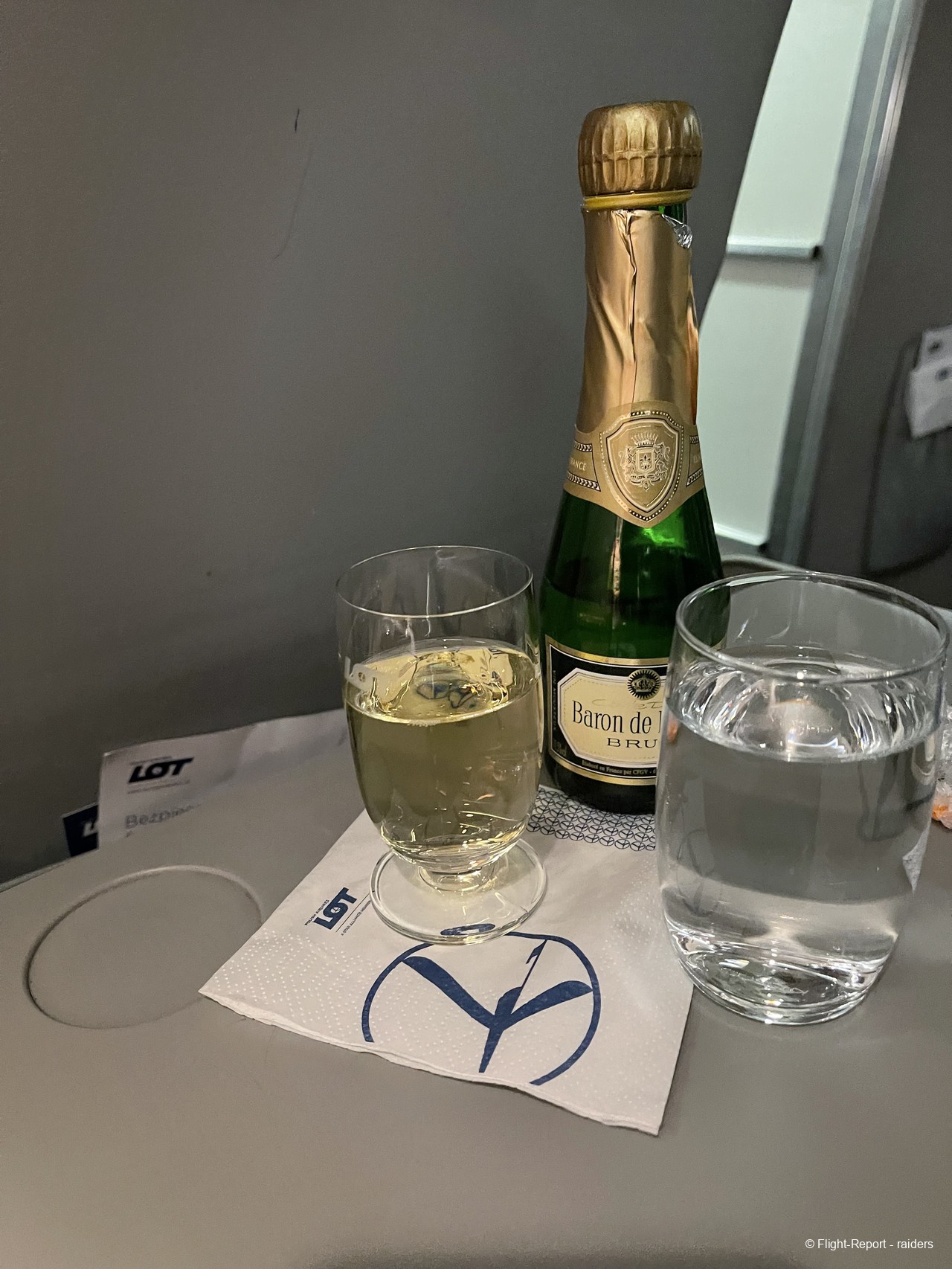 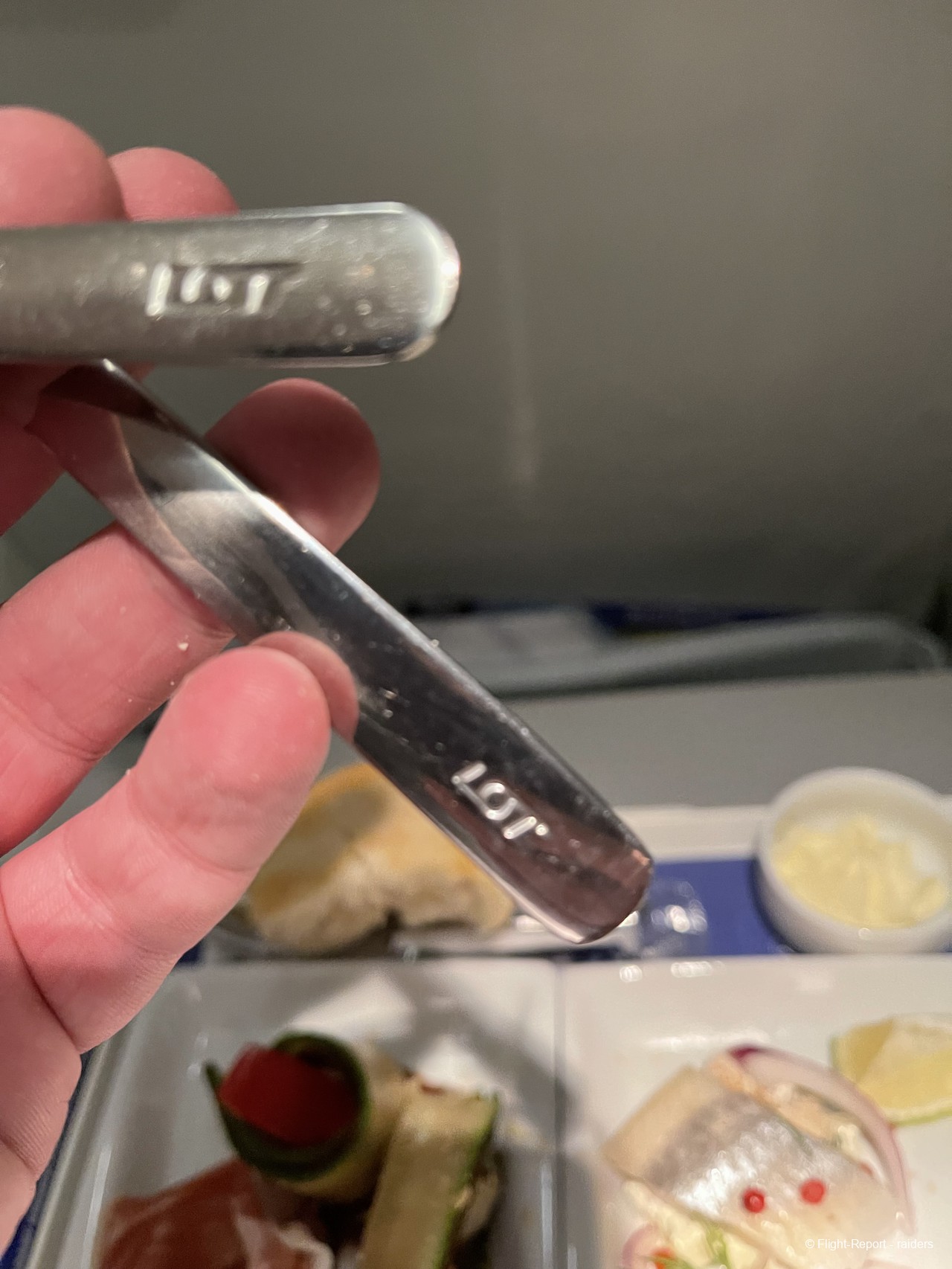 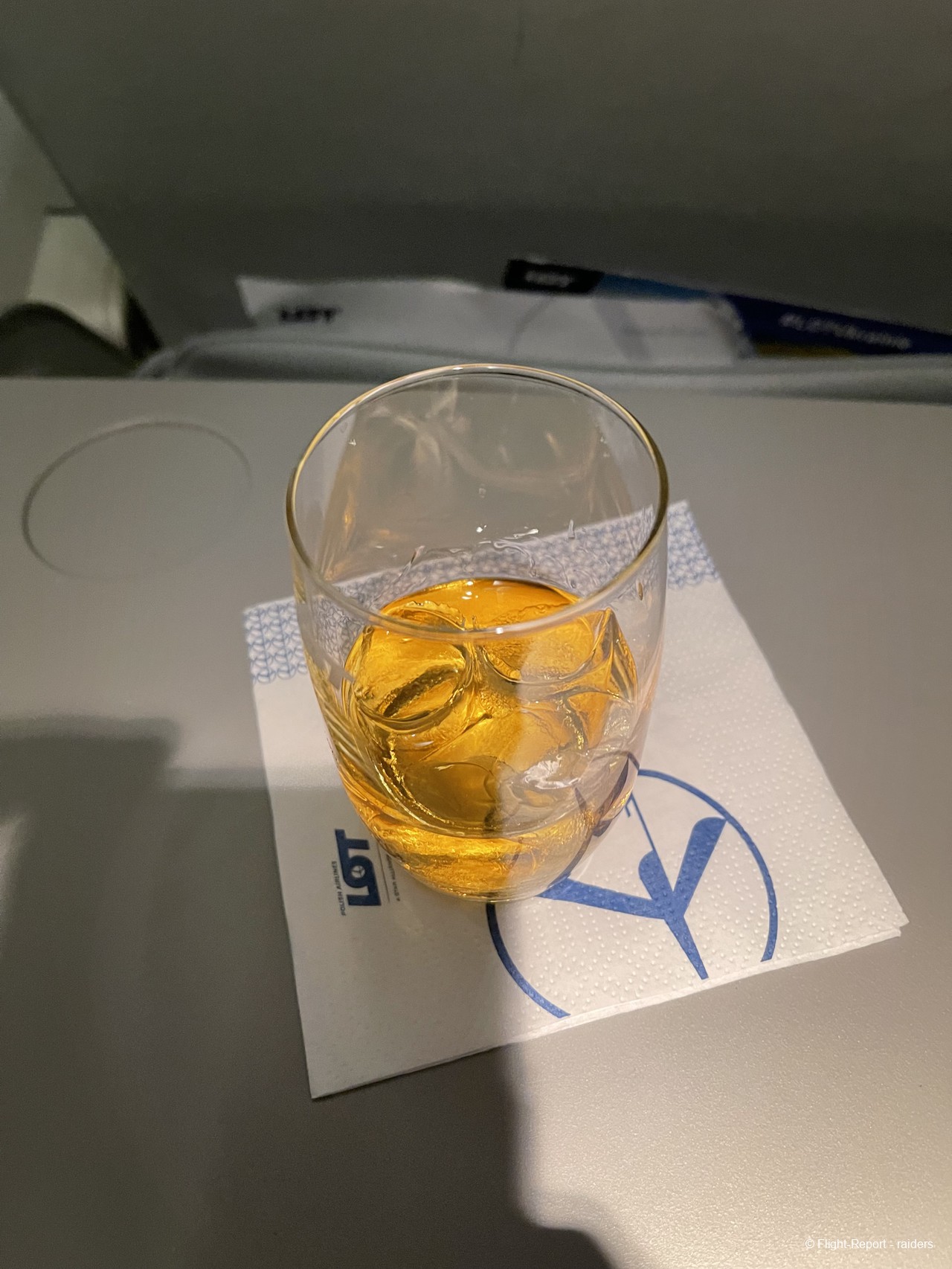 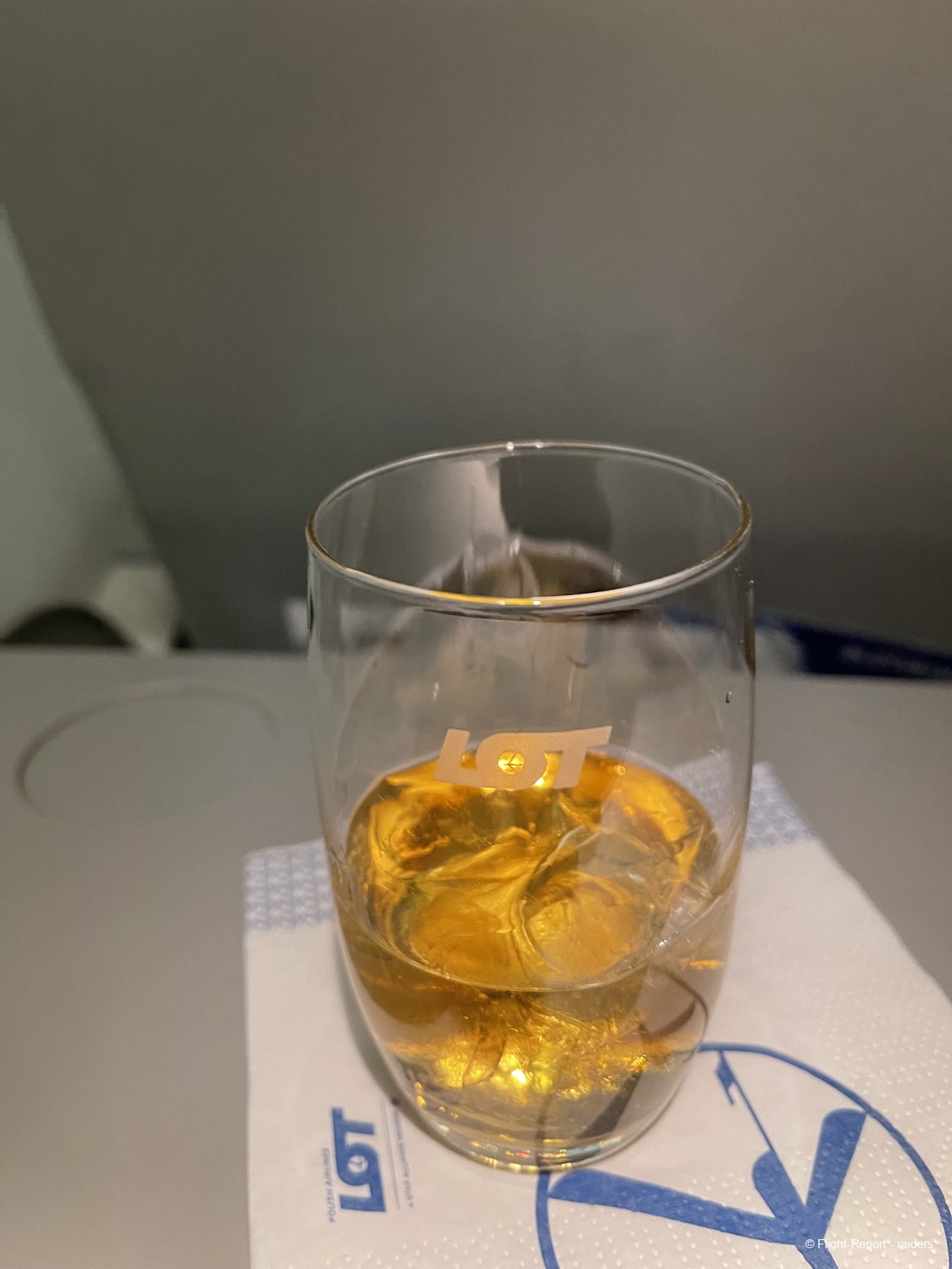 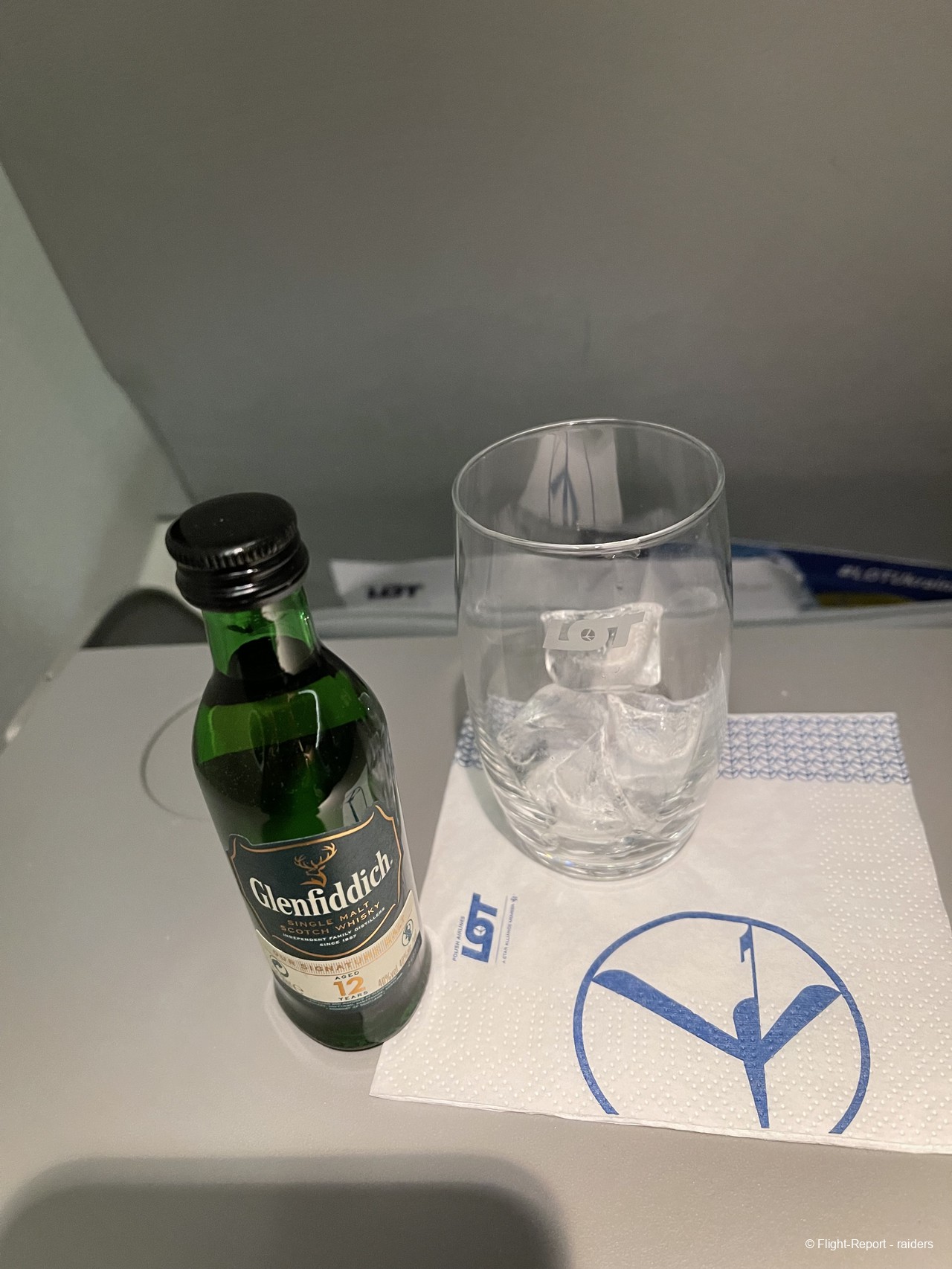 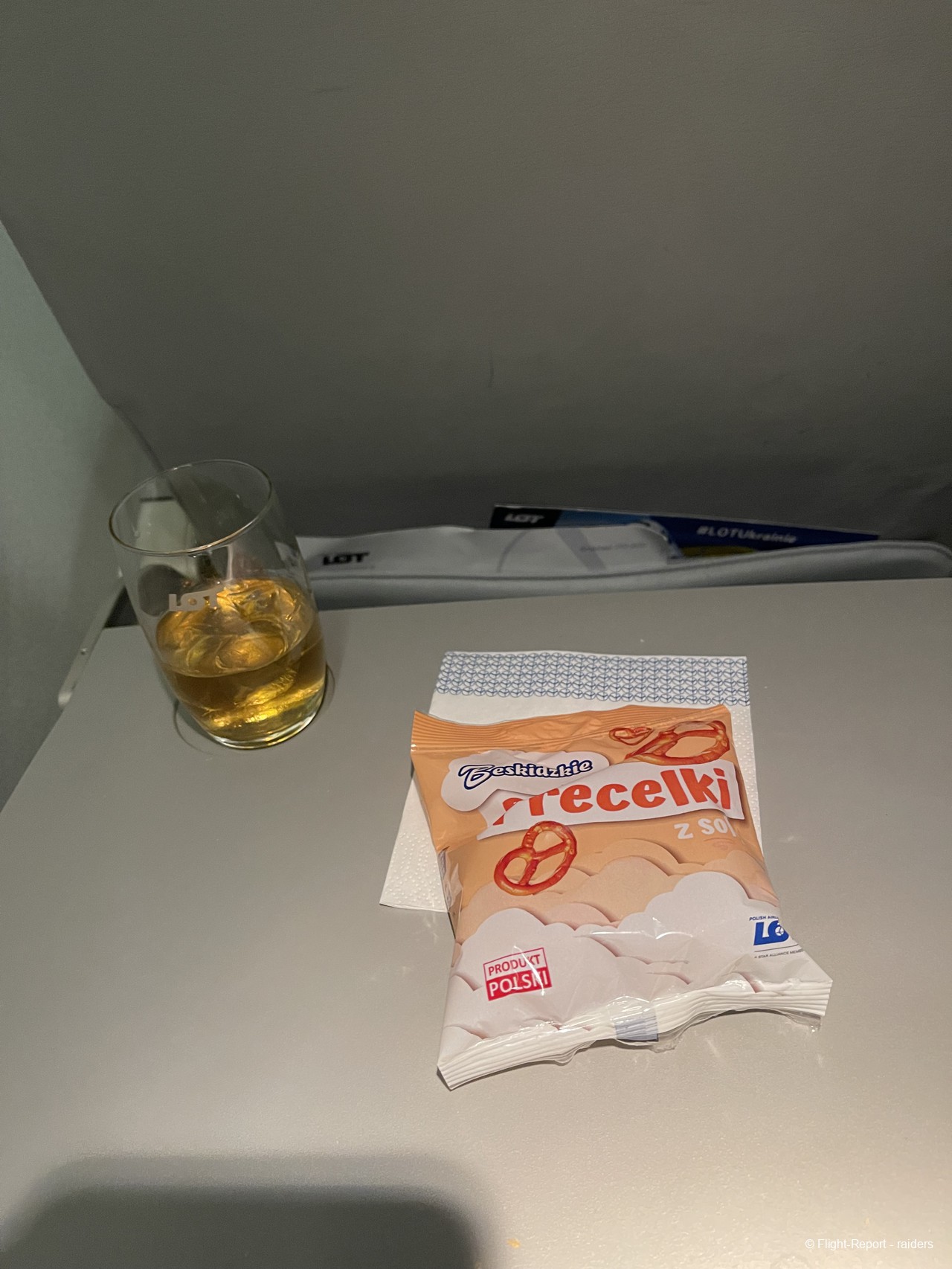 After we start and reach our altitude service began.Today was fish, and as i like fishes generally I am not fan of herring but what can we do, good that there was lime which makes taste it a little bit better.But to this one of course I ordered as always sparkling wine(expensive as it costs ca. 1,5 Euro in Poland when we will recalculate oit from Zloty"Thanks LOT" xD) Good thing is that it's tasty other way it would be bigger shame.The cutlery was also branded and napkin, I love it.After all dishes were cleared and took from me FA asked me if i want to another sparkling wine., then i responded that I would like to have Glenfidditch 12 due that this flight now makes me prolongation of my frequent traveler status for next 2 years for to 2026, so he commented"yes it is  a occasion for celebration", when he comeback whisky Glenfidditch i have a small chat with him about LOT. As I learned LOT will change the catering , we will see how it will be.(don't touch Glenfidditch!!), almost on the end of flight some snacks form basket has been offered so i took the pretzels.

Last year I had valid my status till 02.2022 and made it from July to december that I prolonged it till 02.2024, now due that suprisingly M&M again is double miles it was able for me that when they counted past flights+ compensation o2 for 10.000 status miles for 7 Euro xD , I calculated that till end of June with all my planned flights I will be able to do first and I think last time a senator status

Rest of the flight was uneventful due from my whisky it took ca. 20 minutes when we landed. Of course we were loaded to the bus and drove to the terminal

All in all I am fan of LOT on short Business class routes. Always when I am on board I am feeling like come home.From some time I see LOT always announces that we are before time, due that I belive this is a PR campaign whee in the past LOT had a lot bad reviews regarding delays.
Stay tuned for next trip!!

The contributors of Flight-Report published 14 reviews of 3 airlines on the route Munich (MUC) → Warsaw (WAW).