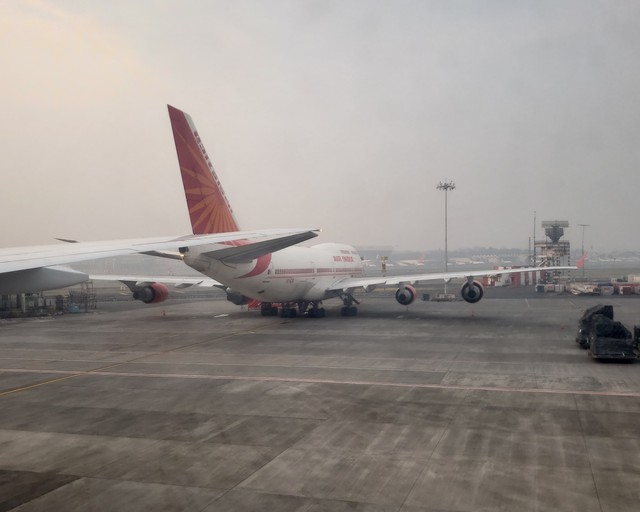 So we pick up from our previous FR, and that is after exiting the insides of the whalejet.

DXB and Emirates were built and grew as a connecting hub. Given the massive amounts of money that Dubai has invested in both EK and DXB I expected a seamless, top of the line experience while connecting.

The first let down is that the "best" way to connect from one end of the huge terminal, to another is being bussed around.

The other one, is that you get dropped into this huge security processing zone, with a queue that takes ages. Cool annecdote though, Ronaldo was queueing just besides me, and of course I took a pic with him.

Let down 3: Lounges other than EK's. The Merhaba Lounge (the only one I could enter with PP) was packed, and I had to wait a long time to be waved in. Once inside, it was hard to find a place to seat, but I succeeded. The buffet was mediocre, but I helped myself to a plate of the ubiquitous basmati rice with chicken. I didn't have any alcohol and tried to eat light, as I had a long day ahead.

(places were so full that I didn't feel like taking pictures without disturbing people so that's why there is no photographic record of this).

Done with eating, and without a proper place to rest, I moved to the assigned gate.

The moment I arrived to the gate I instantly regretted leaving the lounge so early. But well, nothing to do. Waiting felt like ages…but finally we were called to board. 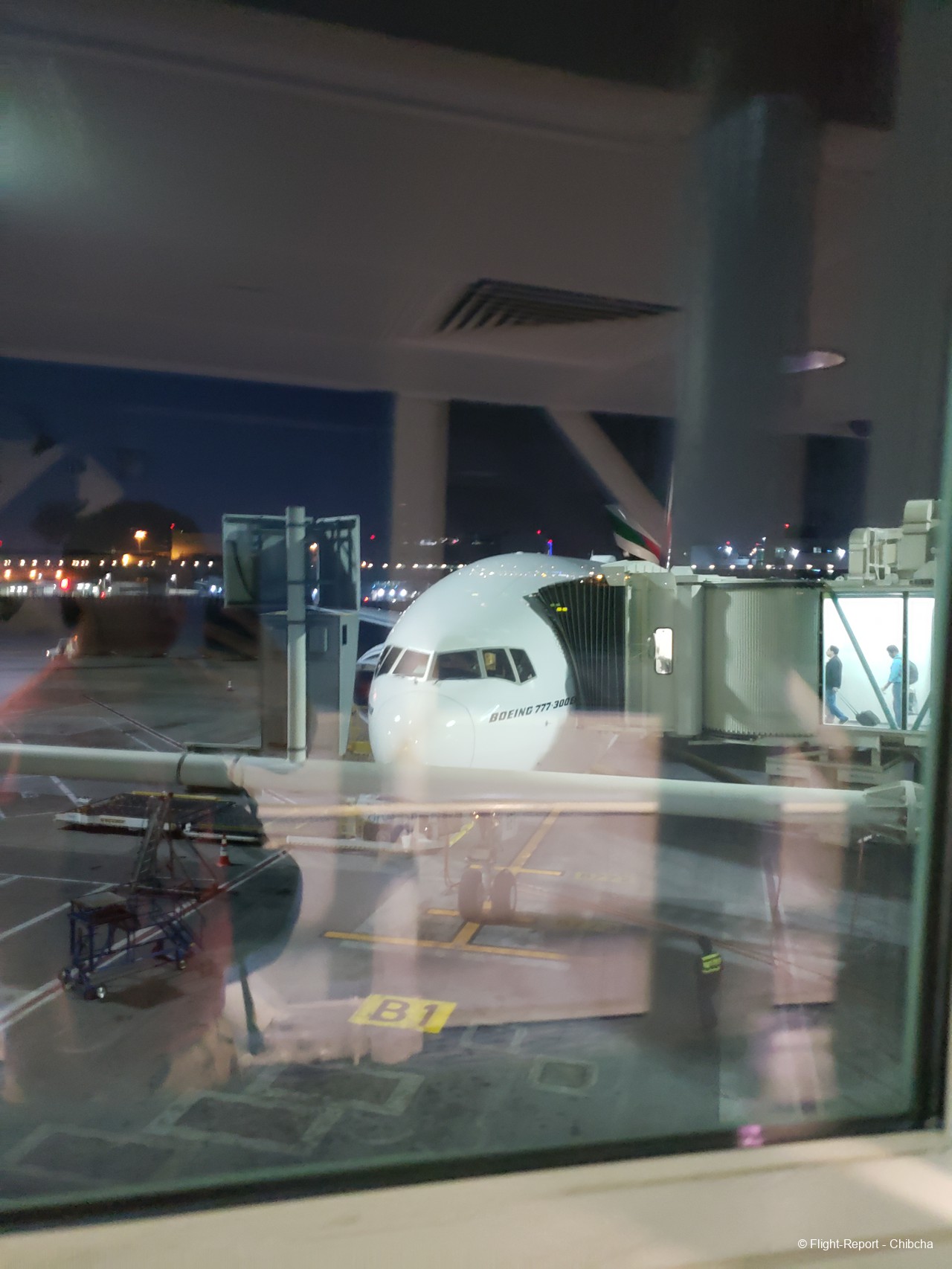 The seats were pretty much the same as those on the A380 that brought me from MAD. More than good for the "short" hop to Mumbai.

I left my book there on that seat. RIP mate. 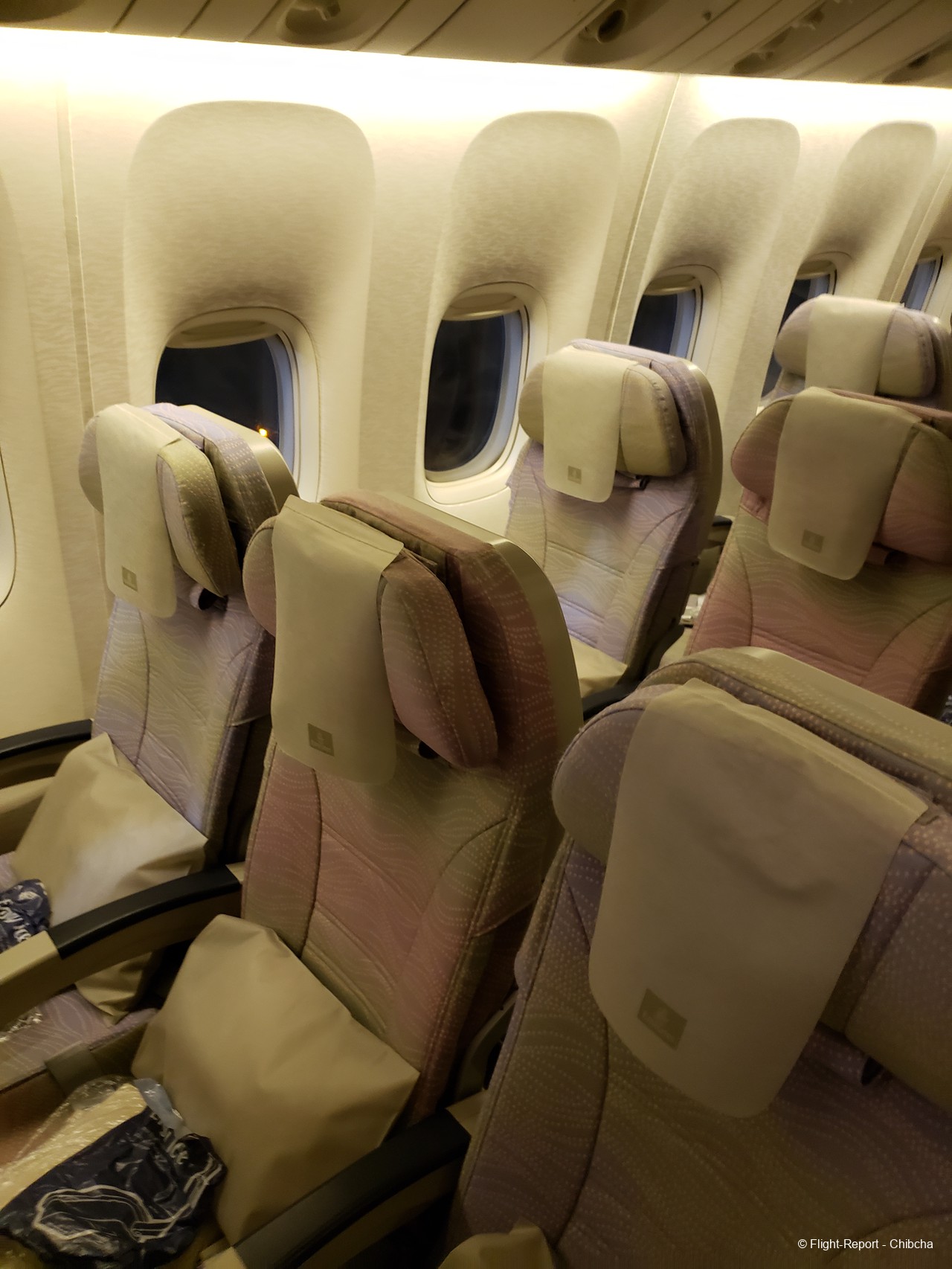 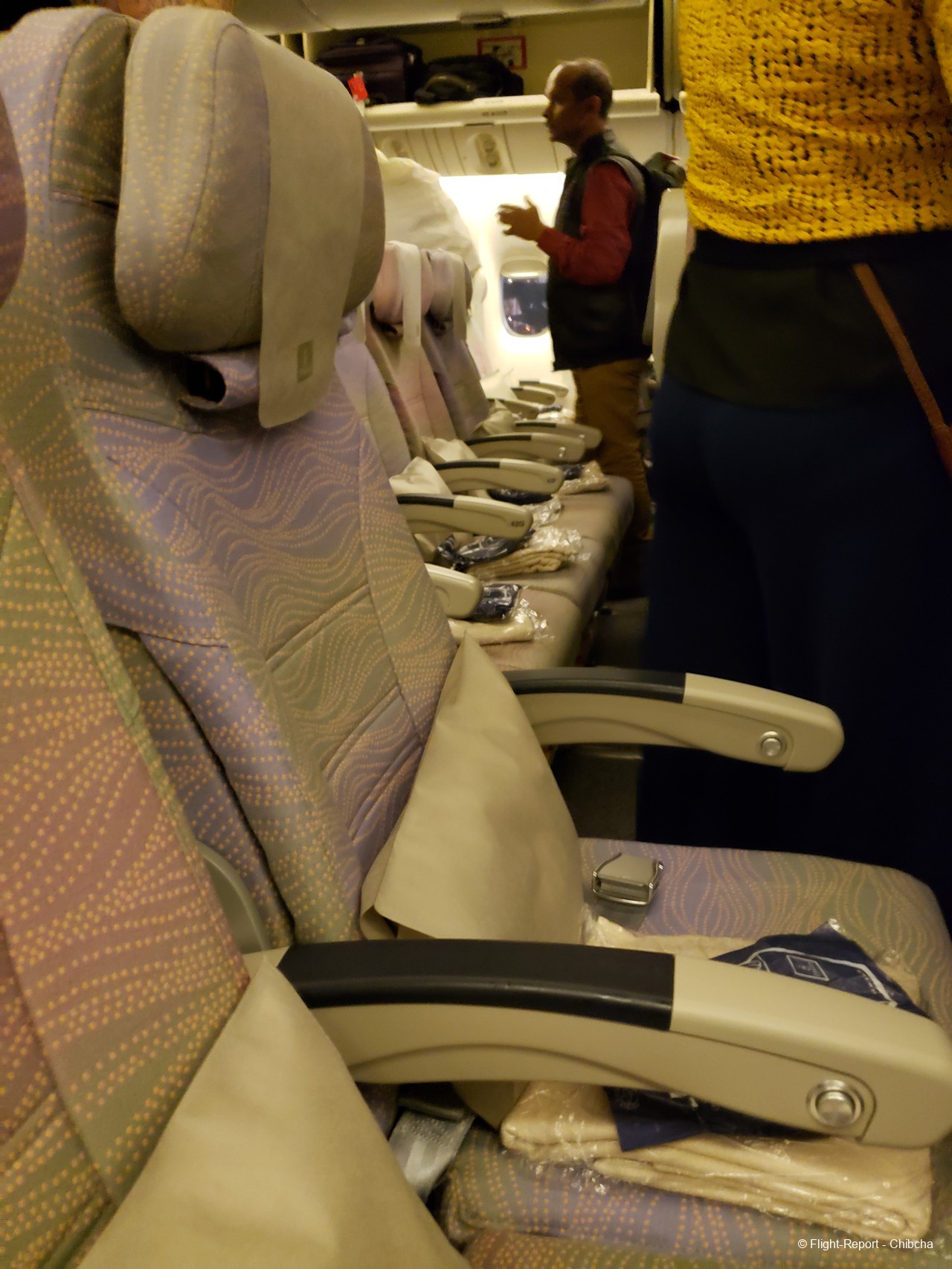 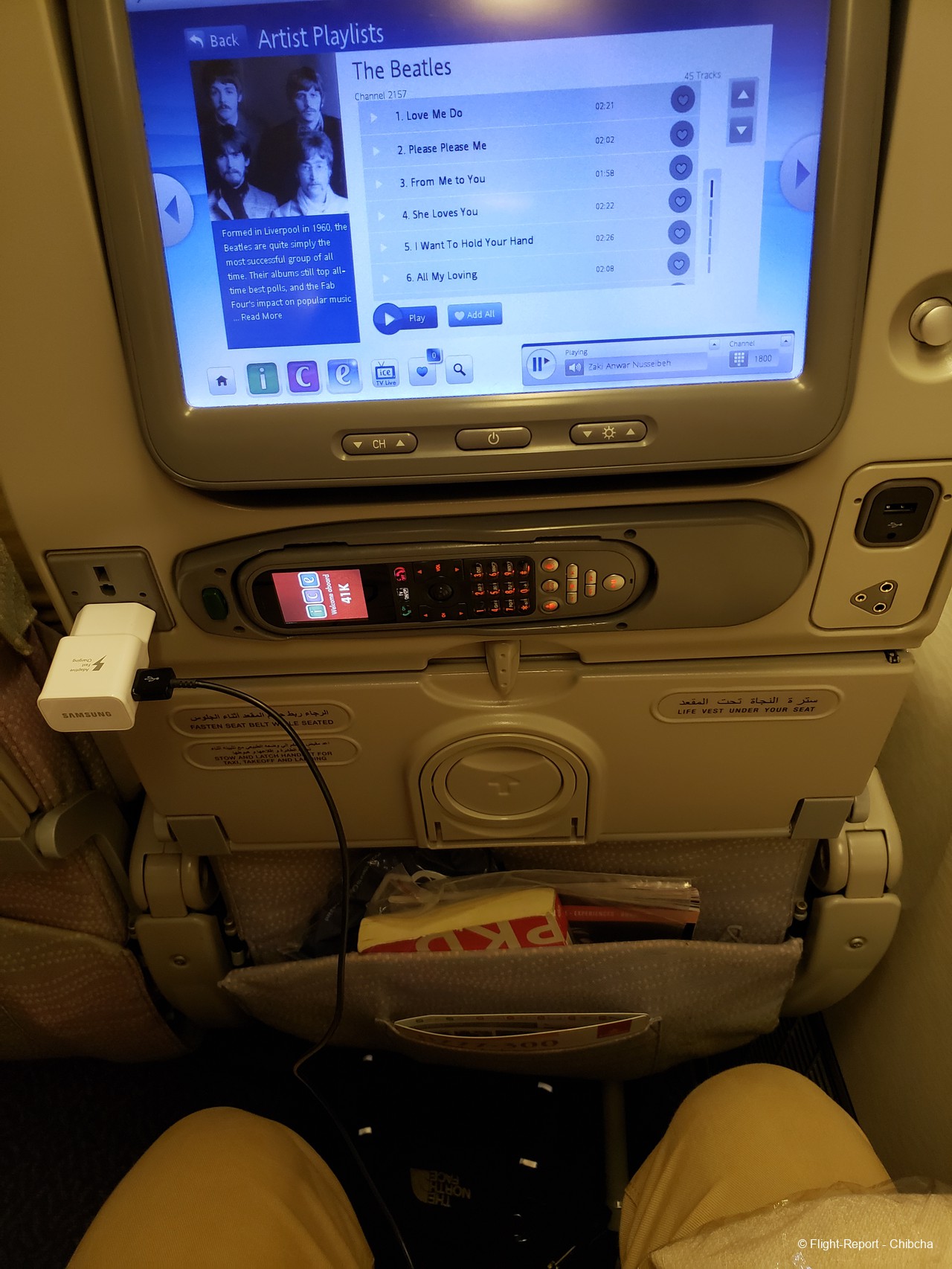 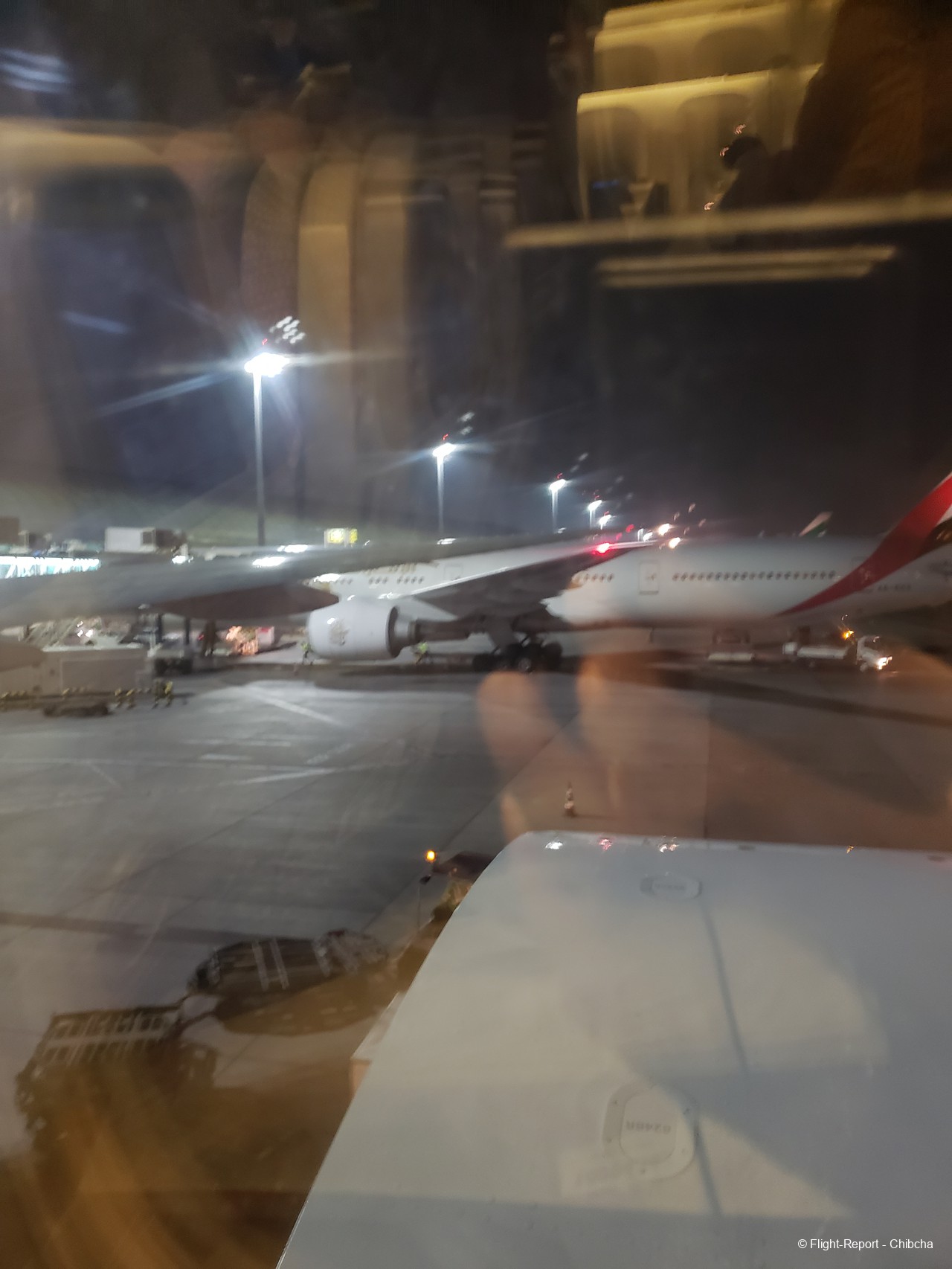 The Triple Seven got filled and we were on our way to India!

I cought up with news, EK's IFE is unbeatable… 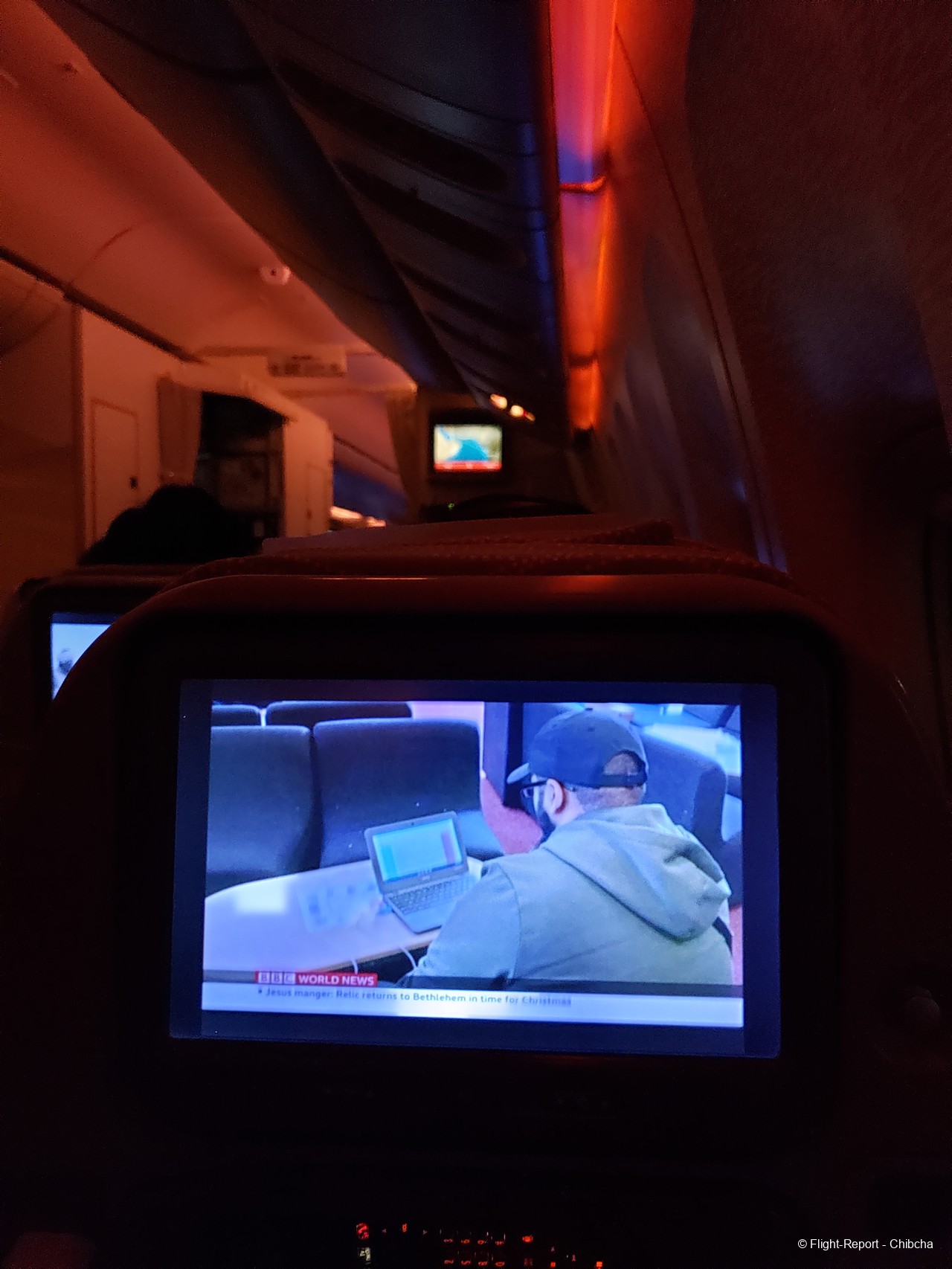 The size of the A380 trafic at DXB is just amazing. There were so many of them that one looses sense of their size (basically there's nothing to compare with, other than our "small 773") 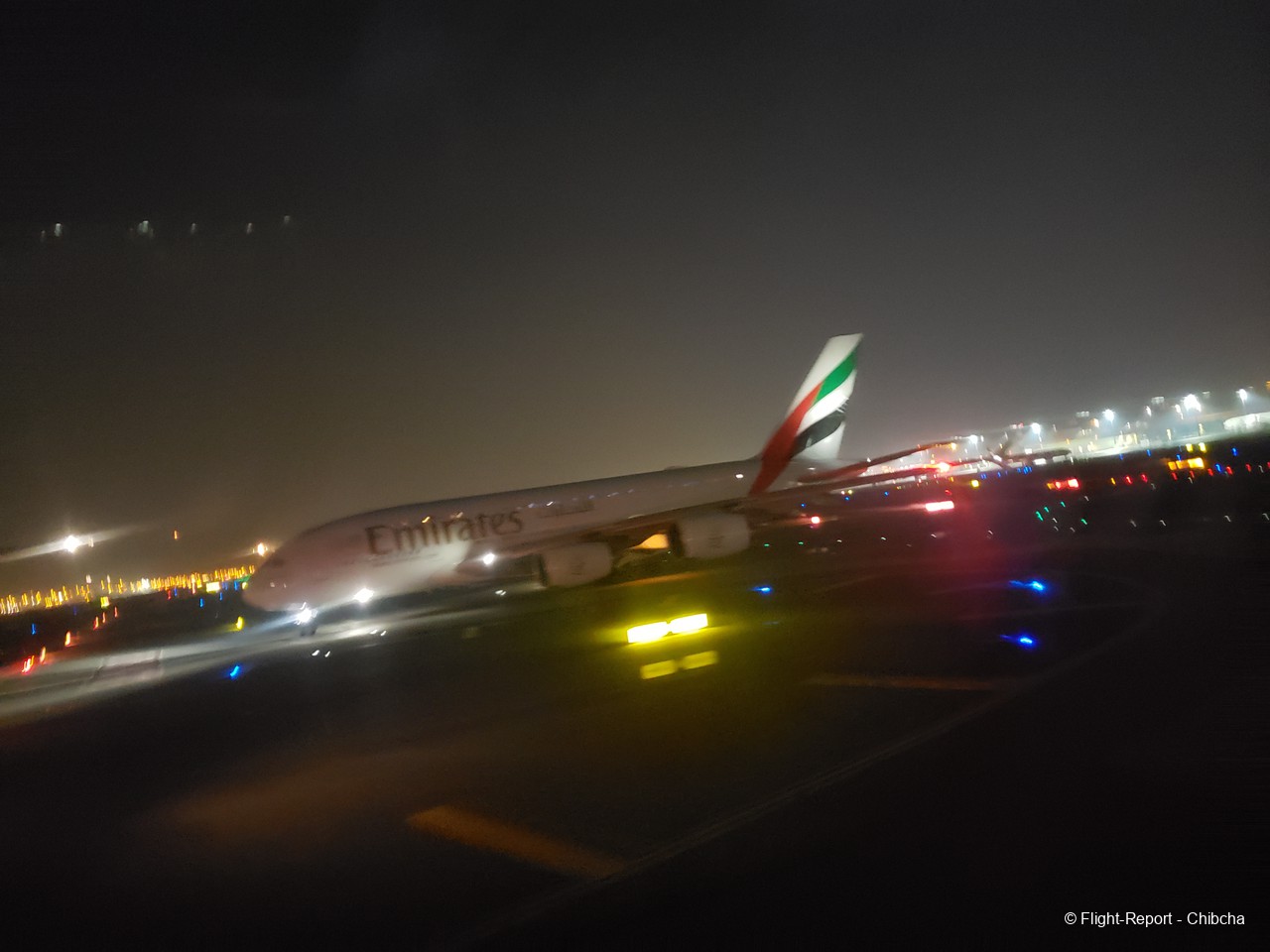 After the whalejets took off, it was time for us to soar over Couruscant, say, Dubai 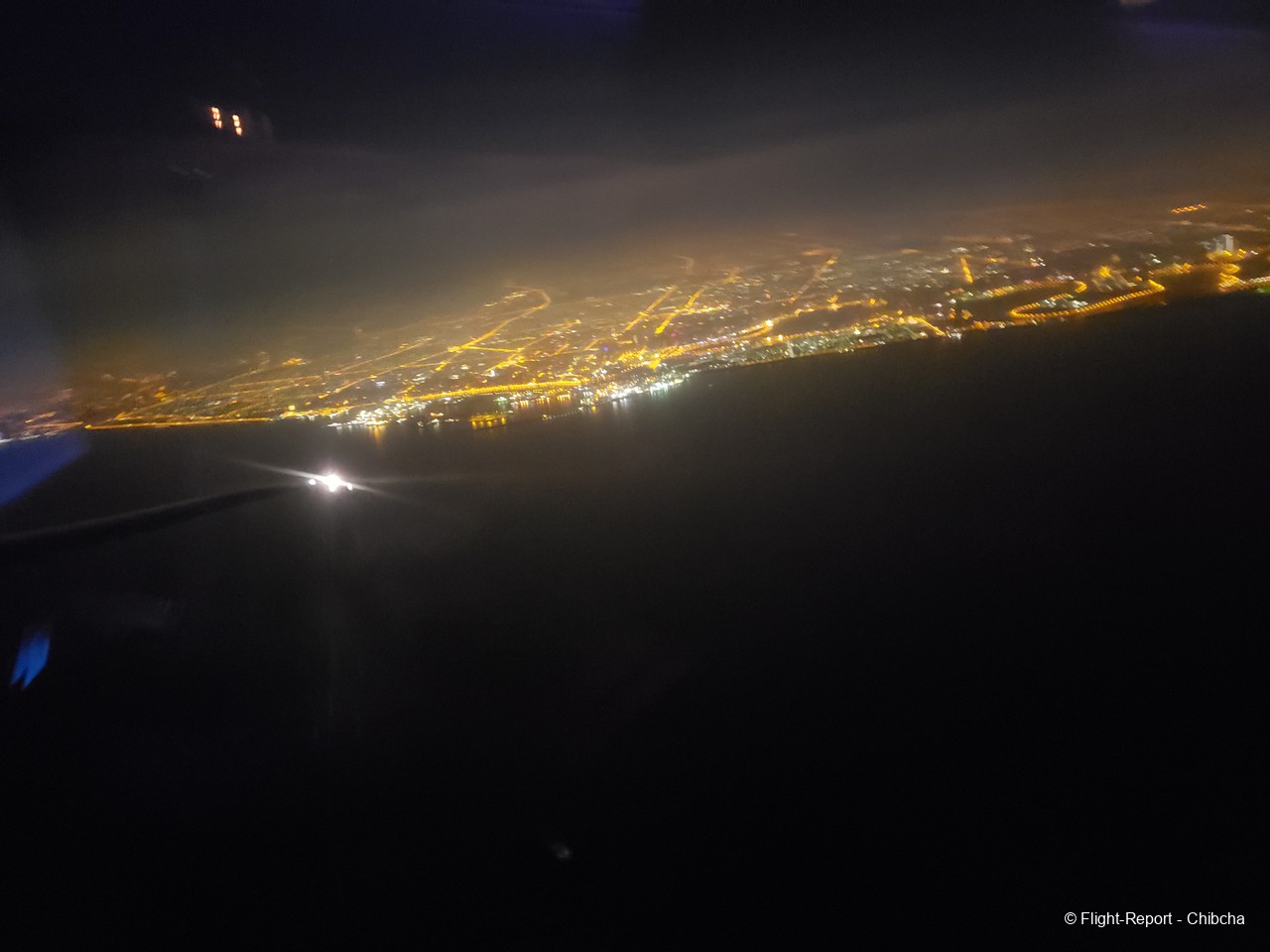 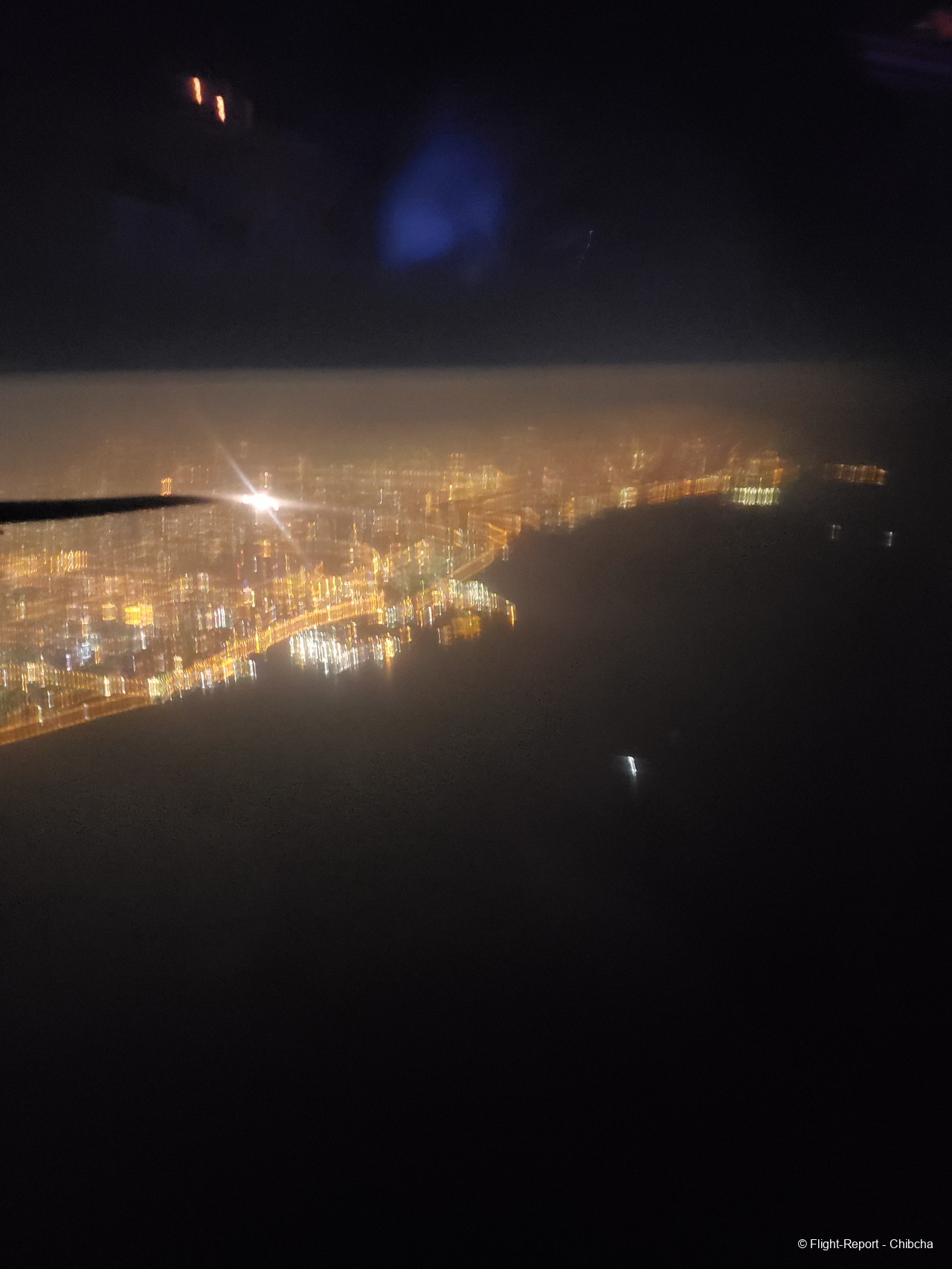 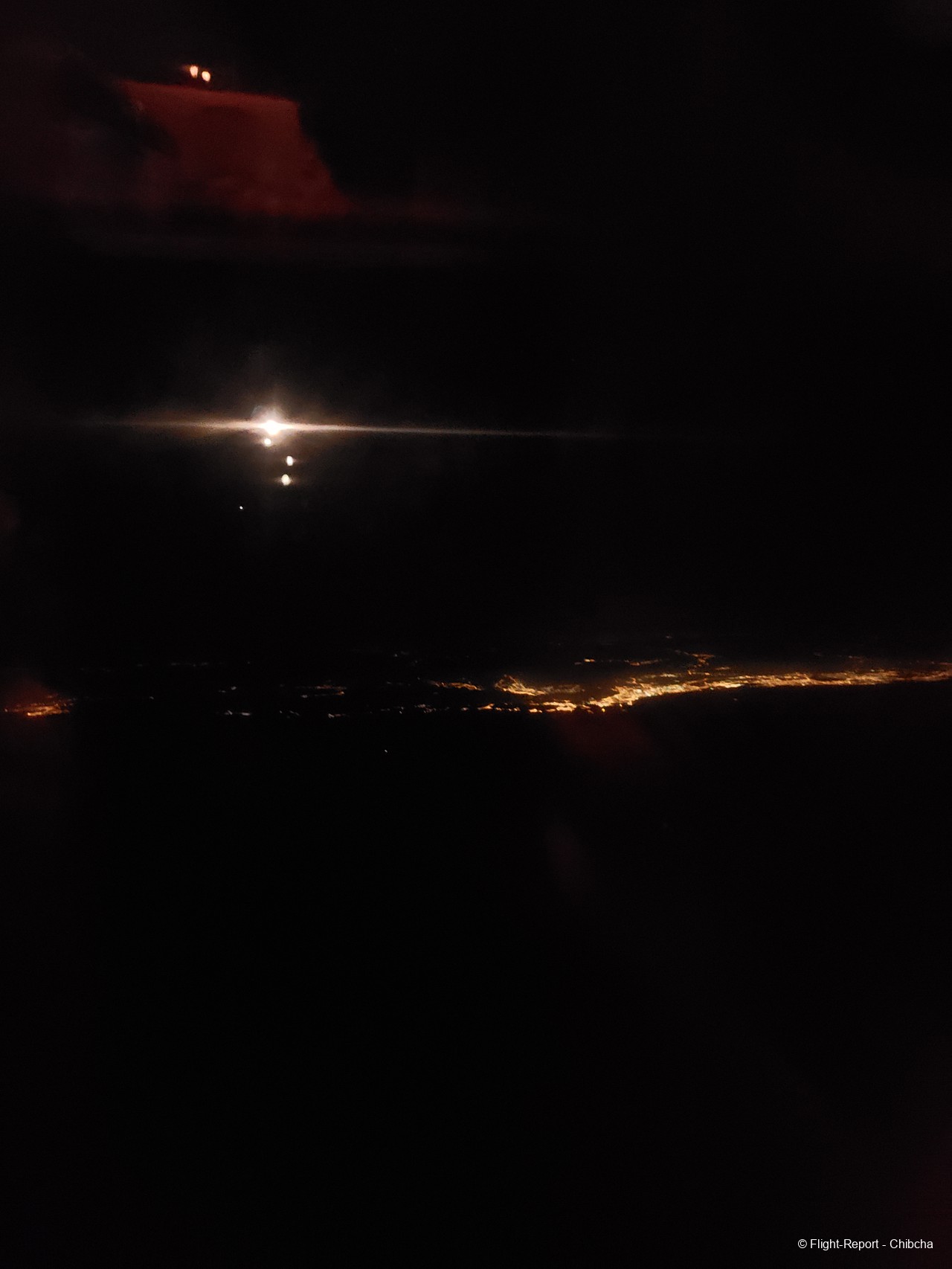 I was so tired I turned off. I don't recall what I had for food, but I remember spilling my apple juice all over me.

I woke up and the day was starting 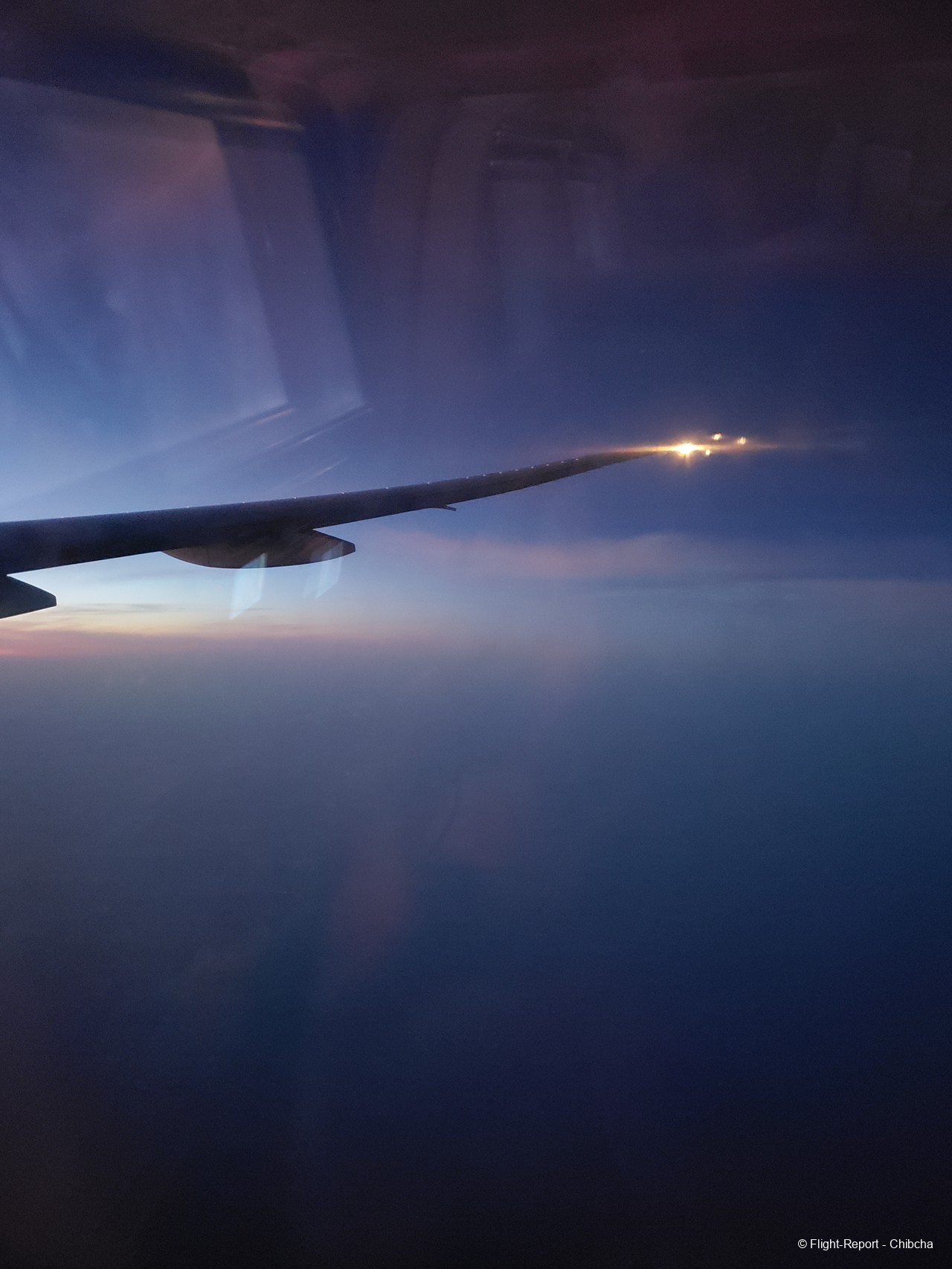 While the cabin had EK's custom ceiling lighting 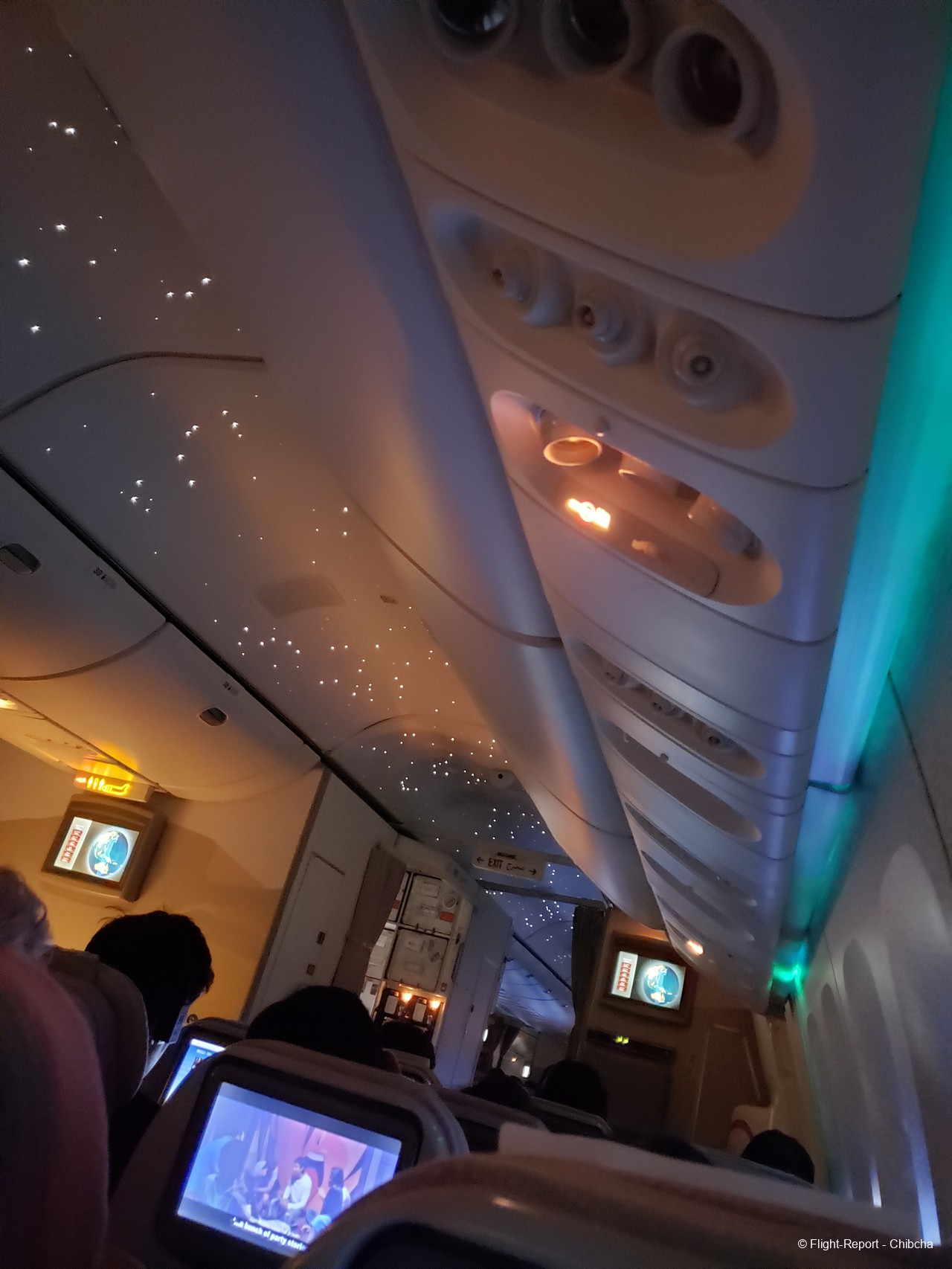 I was hoping for an Eastbound arrival, which would have allowed me for views of the island, but alas, we arrived on the other direction. The views were awesome nonetheless… 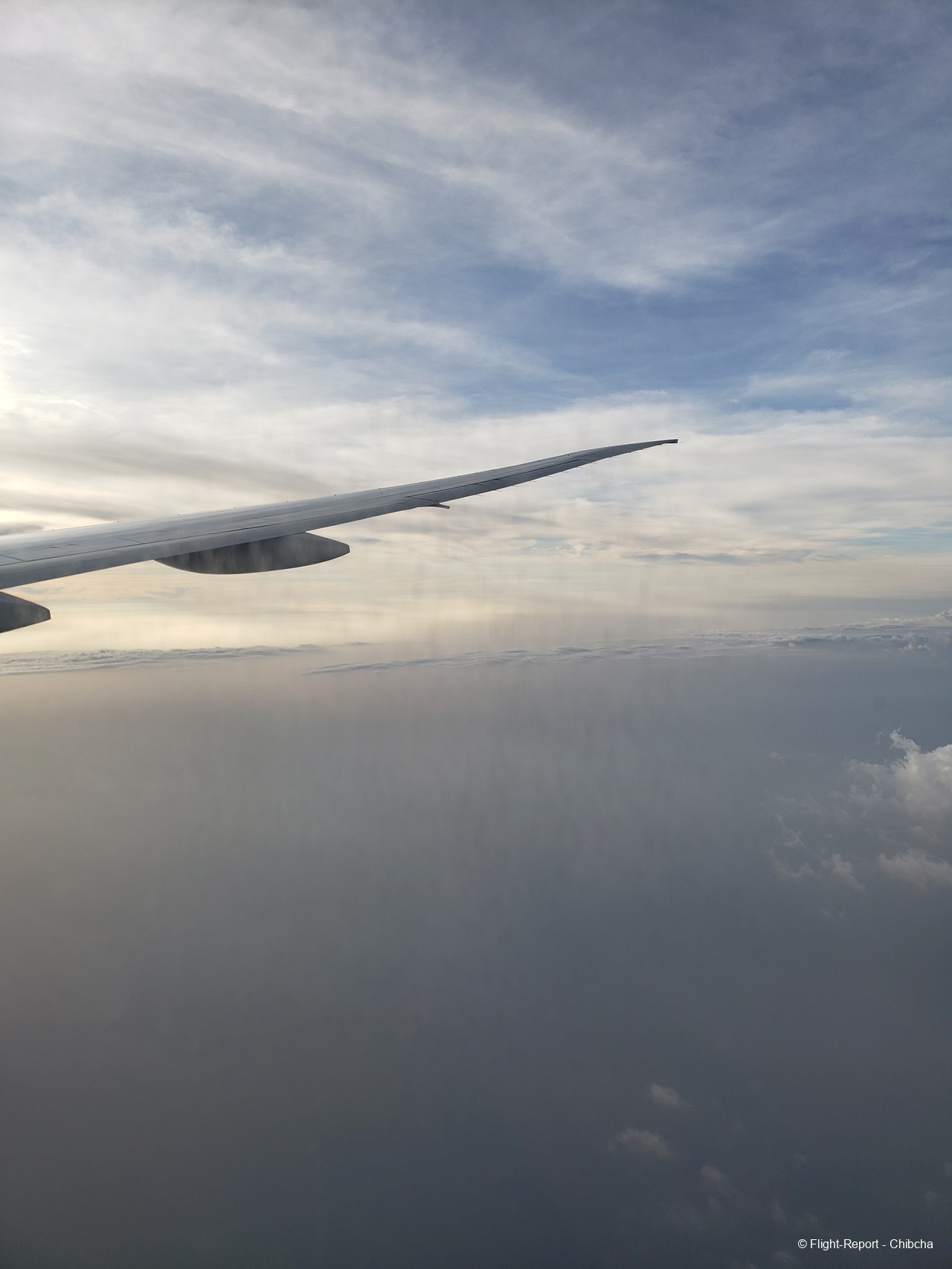 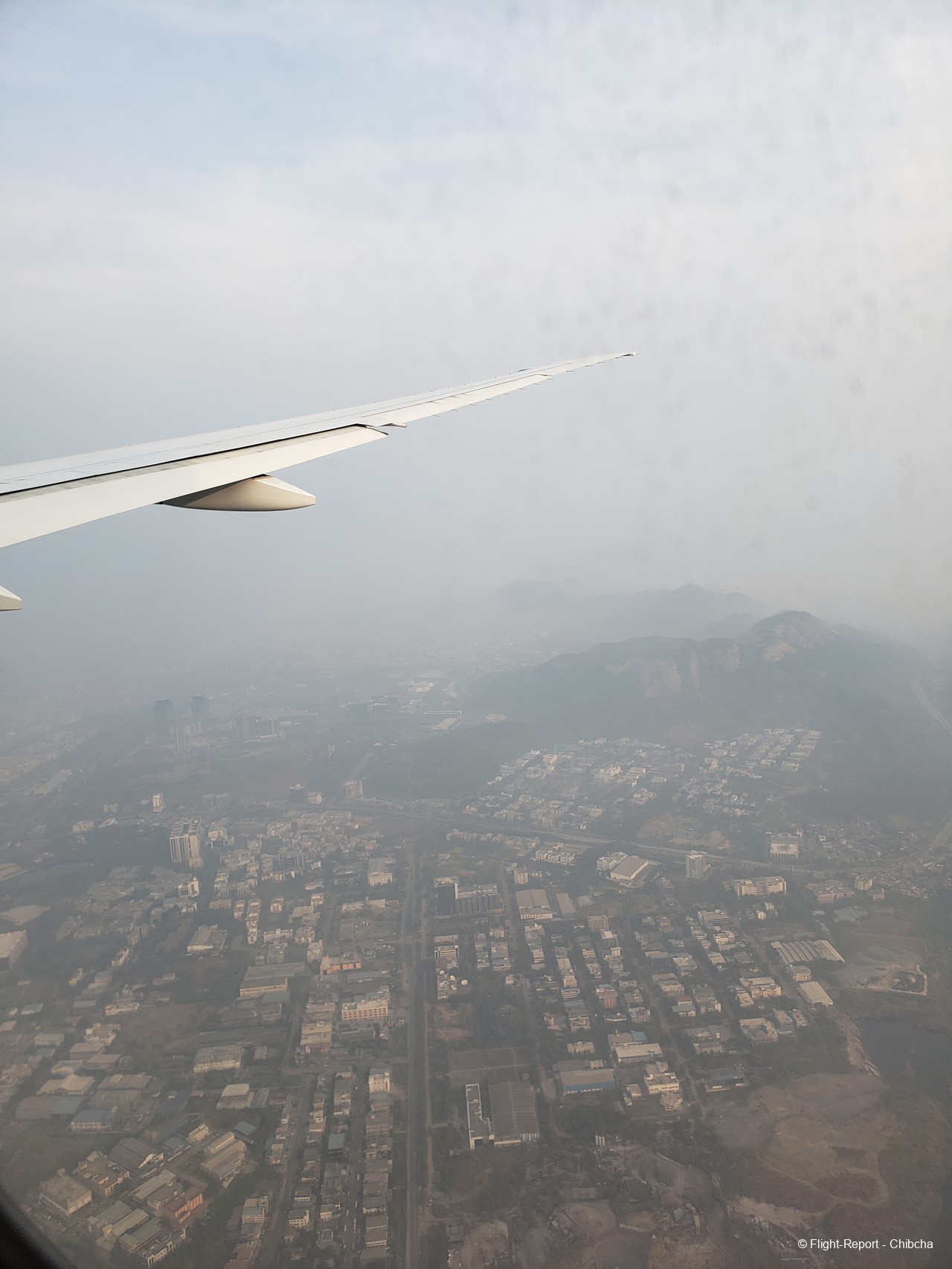 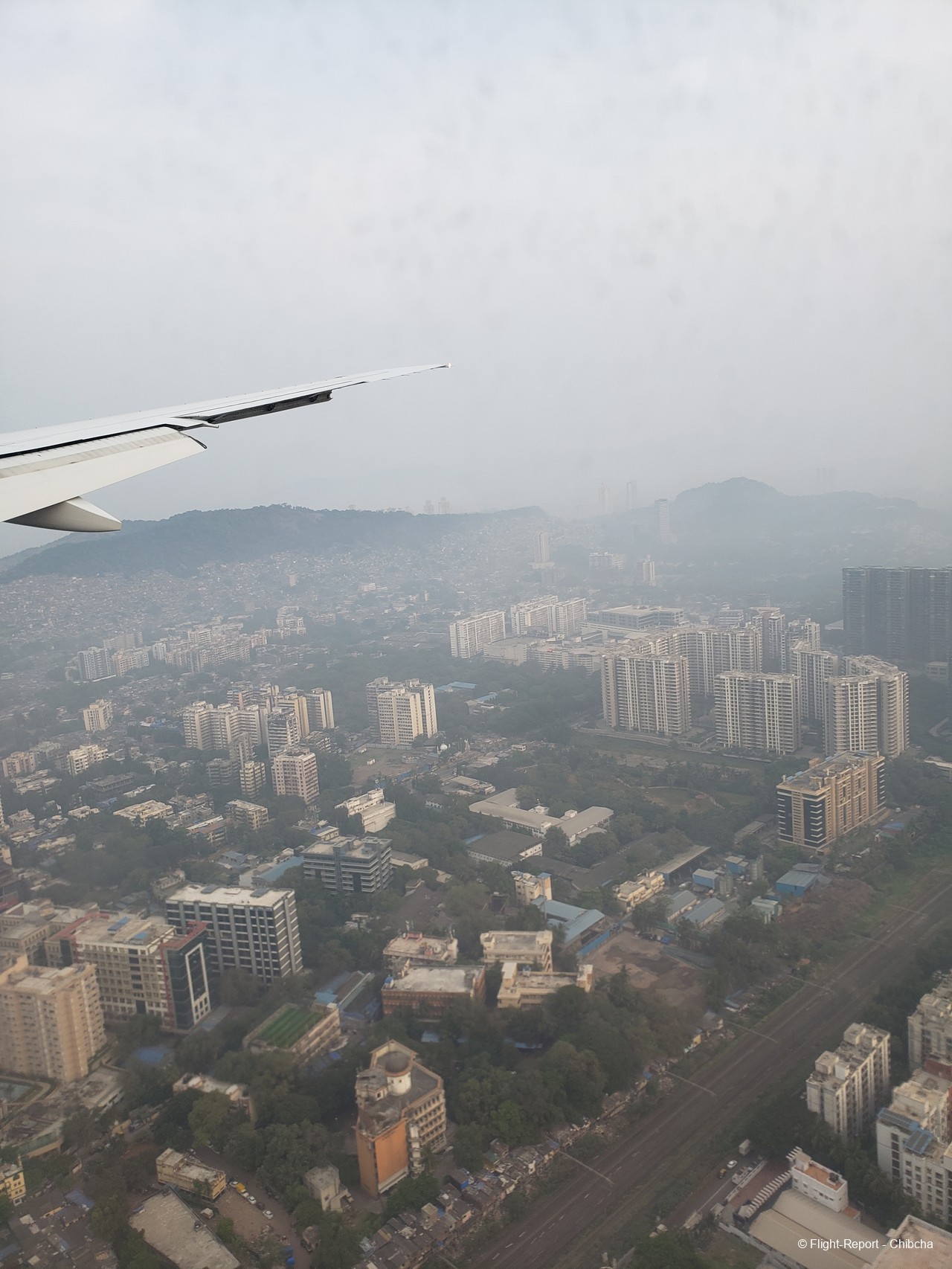 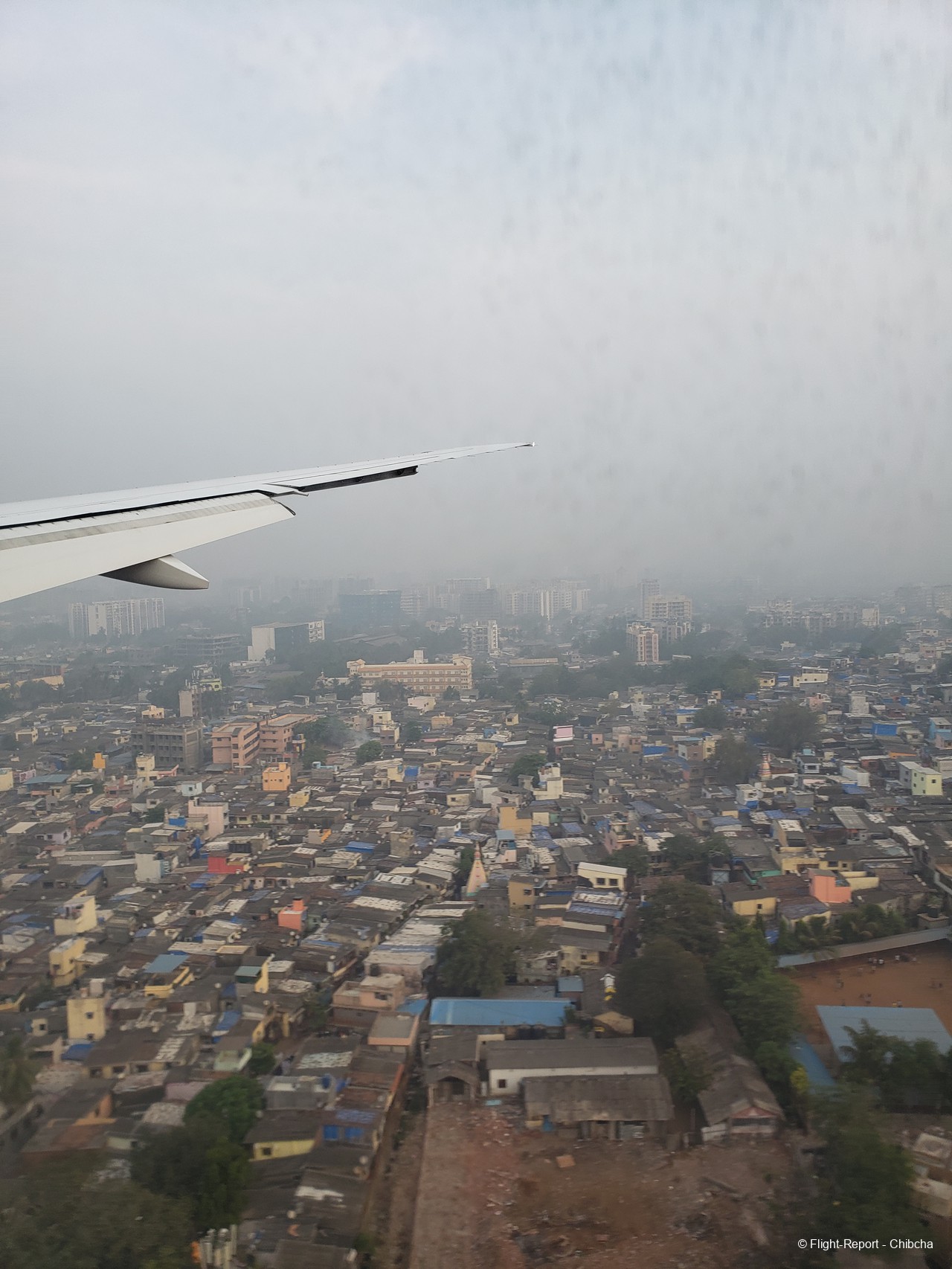 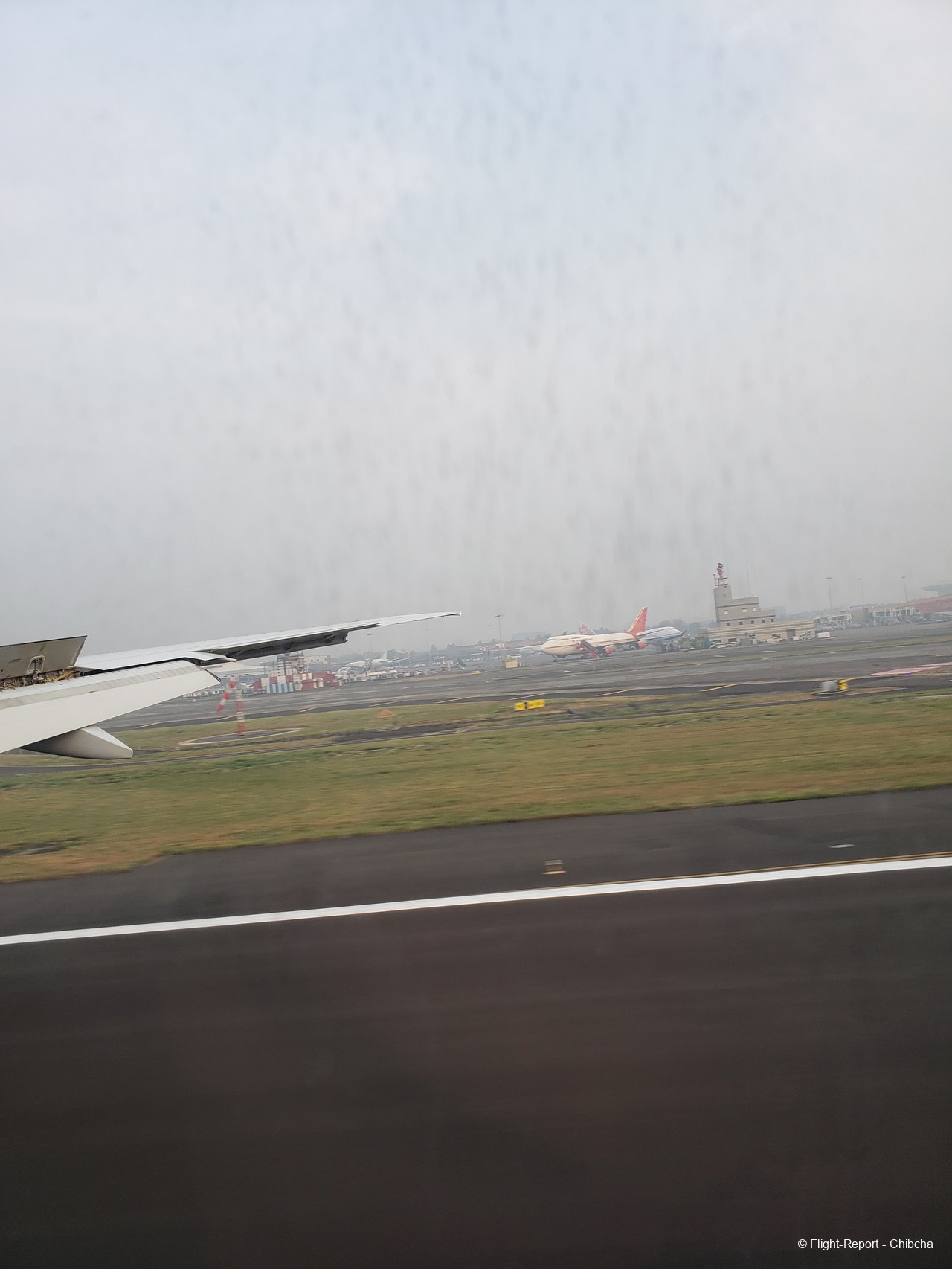 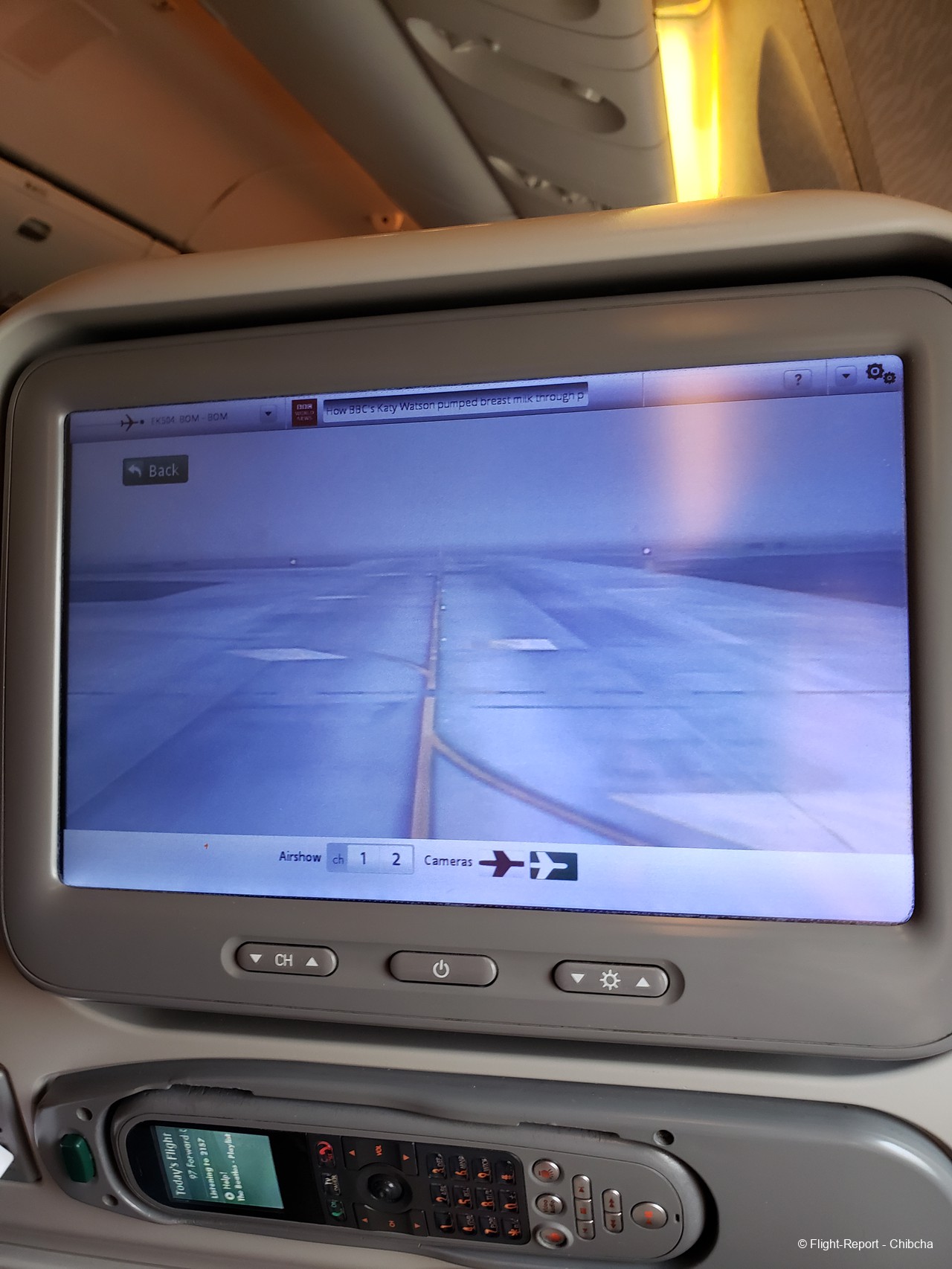 I was curious to see which planes were around, and I spotted a couple of candidates for my next flight… 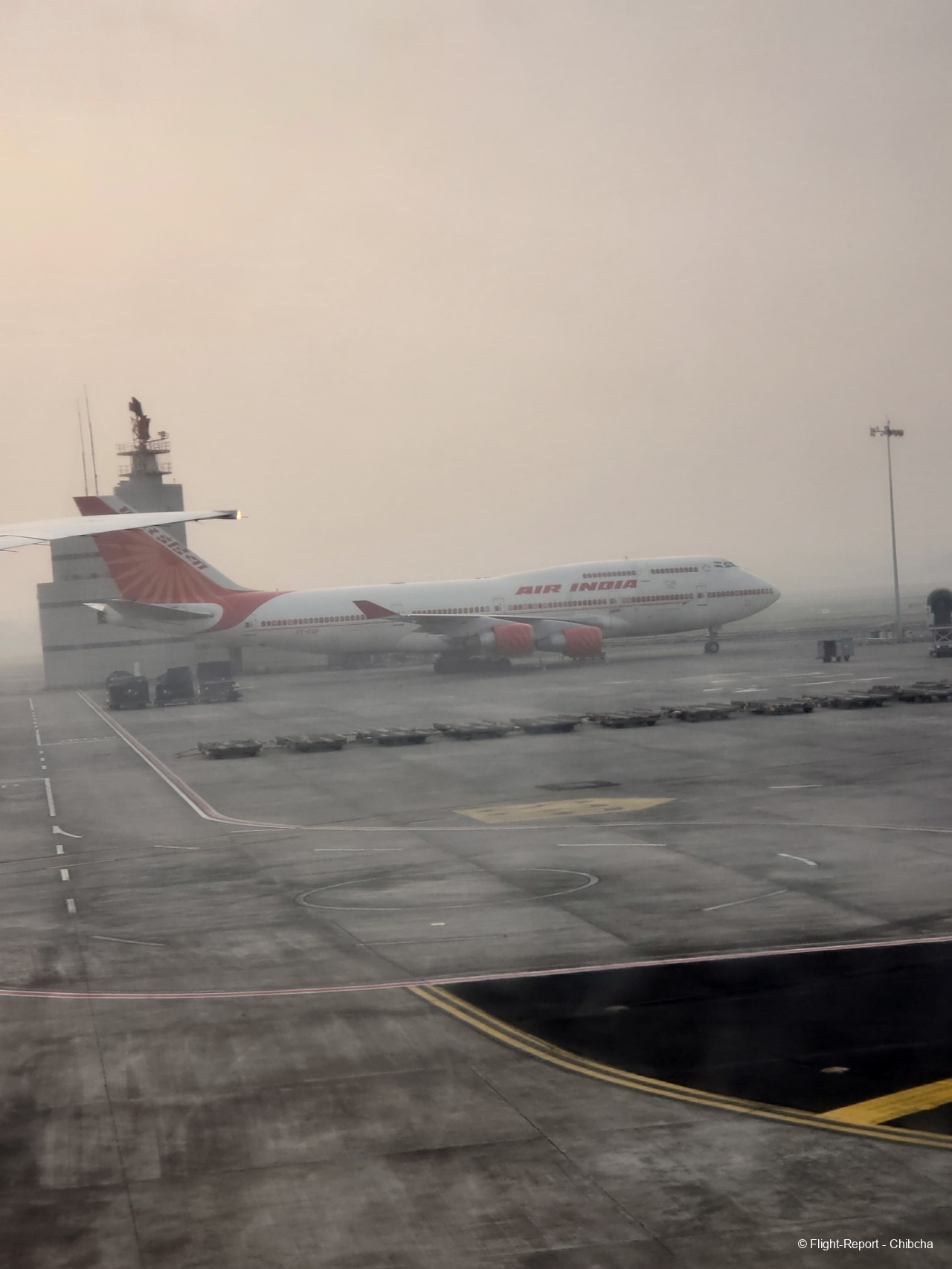 With this view, flight 2 of the trip was done: 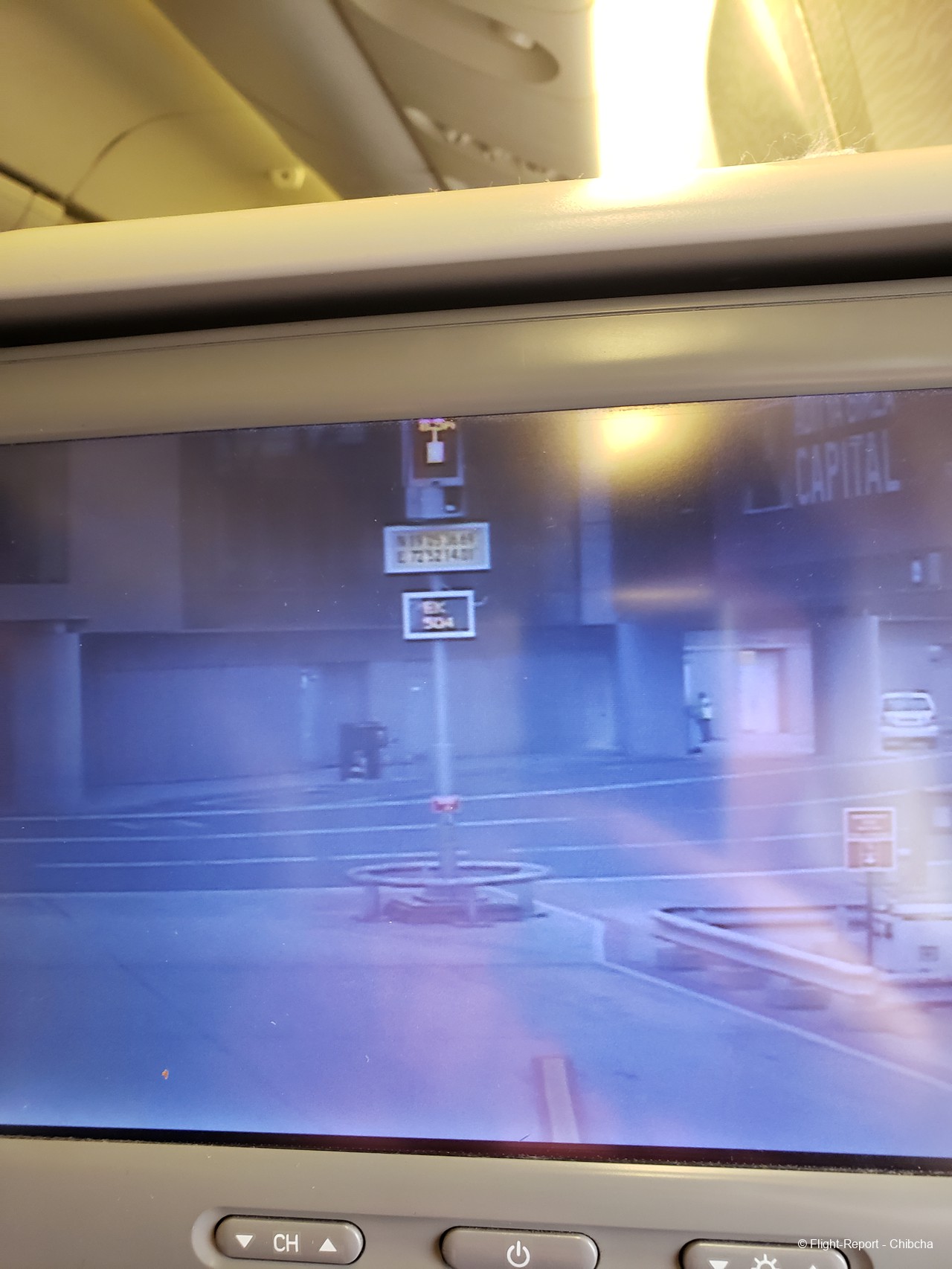 And now off to the next flight 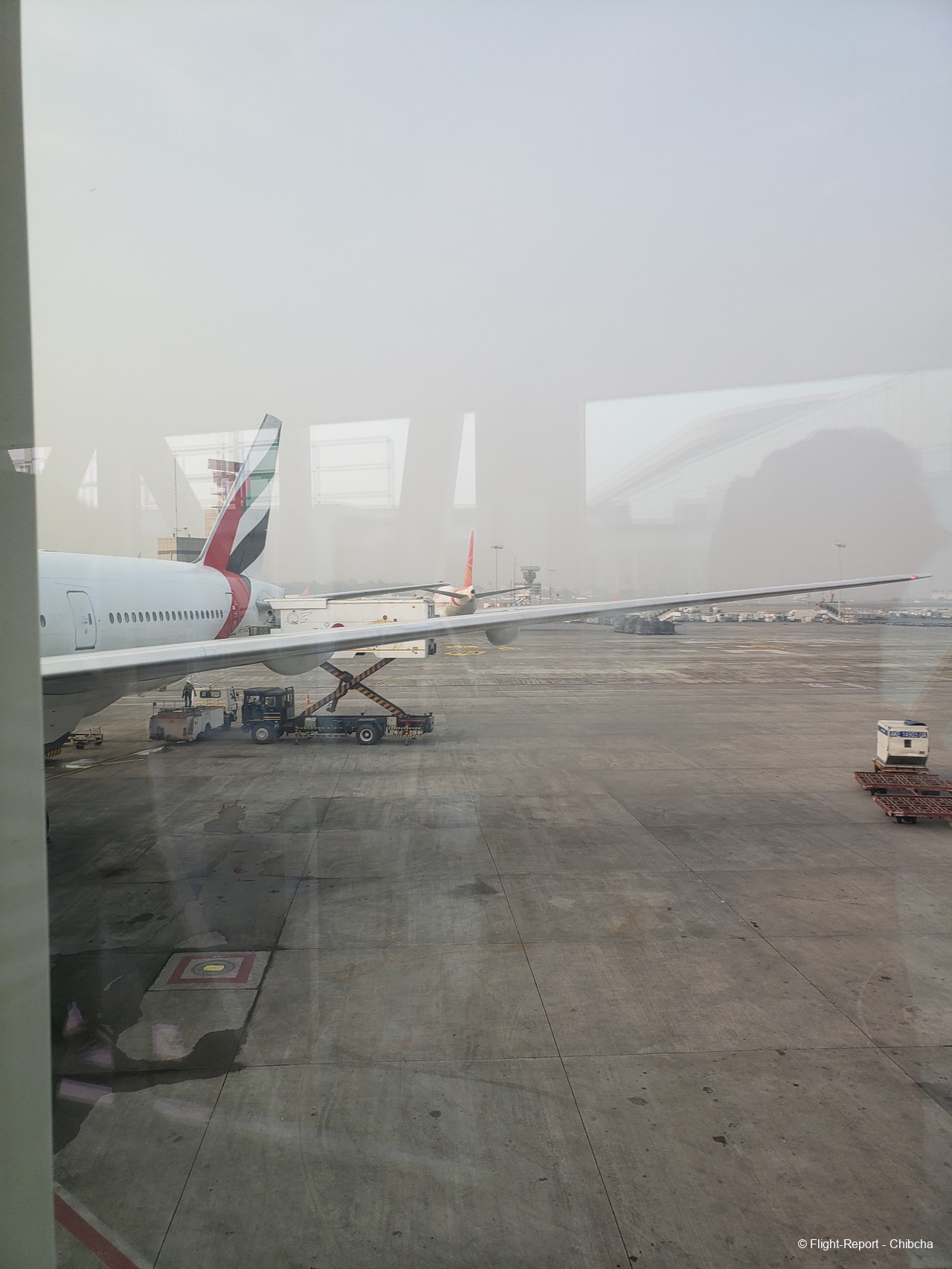 I basically slept for this trip. The plane was comfortable enough for the hop to BOM, and the IFE was unbeatable. I guess EK must be the best way between Dubai and India.

DXB was a bit of a dissapointment. I don't know why but I expected something totally different for the transit procedure (it wasn't more efficient that AUH, with a smaller terminal that would have explained the crowded feeling...but this was unacceptable for such a beast of a building). There weren't many places to have a rest between flights, as we say in Spanish, en fin...

BOM was a pleasant surprise, the relatively new terminal building is an architectural delight, spacious and efficient. I will describe more of my experience on the next FR.

Thanks for reading and stay tuned for episode 3.

The contributors of Flight-Report published 4 reviews of 1 airlines on the route Dubai (DXB) → Mumbai (BOM).

The average flight time is 2 hours and 58 minutes.

He wrote 93 reviews about 30 airlines and 50 airports.