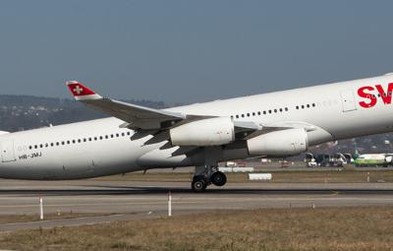 #19 out of 79 Airlines A minimum of 10 flight-reports within the past two years is required to appear in the rankings. 869 reviews

By jollygiant 11487
Published on 18th September 2014
You will notice in the photos below that, once again, I had the displeasure of experiencing LAX's gate 123 for my flight from LAX-ZRH……just as I did in my recent flight report for my THAI Airways flight to Bangkok - which you can view here: http://flight-report.com/en/report-6316.html (and once again, they had plenty of new gates available at LAX's recently renovated Tom Bradley International Terminal). What an unpleasant coincidence that was. However, LAX is making great strides to become a relevant and modern world-class airport, and it shows with their efforts in the Tom Bradley International Terminal. The dining concessions have vastly improved (a bit pricey, but it's not a surprise since the terminal's retail offerings are very much on the high-end……so economically, there's parity when it comes to dining).

Upgrading to SWISS's Business Class using United Airlines' Mileage Plus miles was a breeze (once my Economy fare code was adjusted). One note: SWISS requires at least 24 hours prior to your flight in order to process next class upgrades. If you are close to the 24 hour period and happen to be traveling in Europe during a time period when United's U.S. Star Alliance desk (which processes these upgrades) happens to be closed, please telephone the regional United Mileage Plus desk which will be open in your local timezone and can process your upgrade within 5 minutes: https://www.united.com/web/en-us/content/contact/reservations/europe.aspx 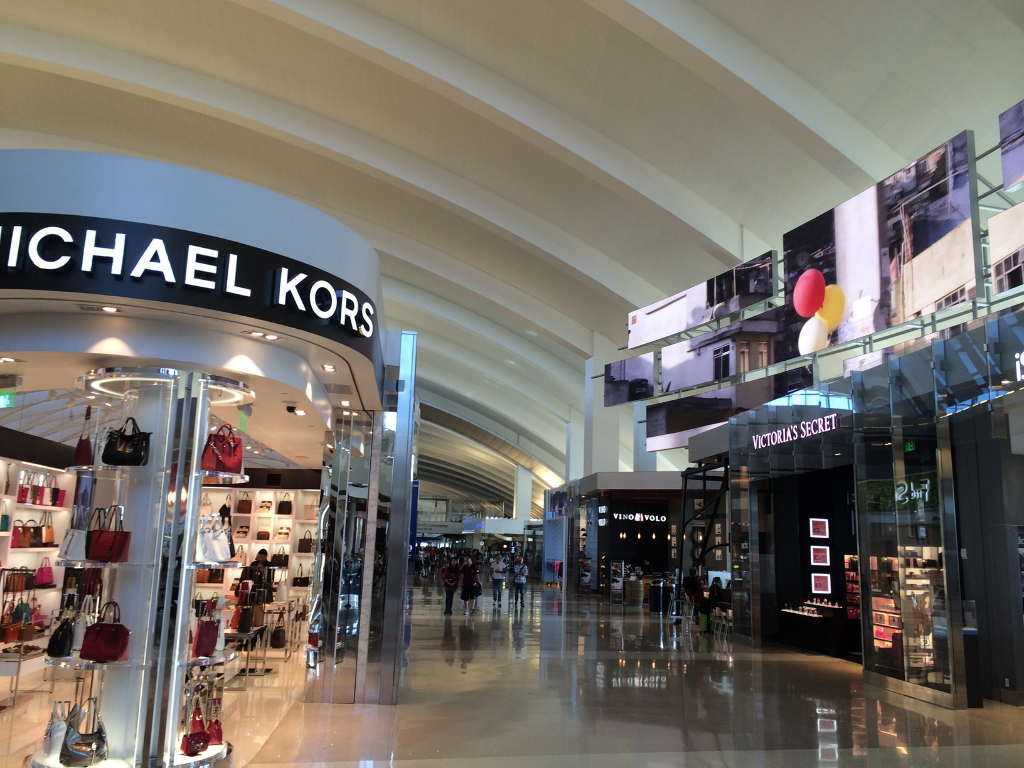 Enjoying the aesthetics of LAX's new Tom Bradley International Terminal Great Hall (the original terminal was a hot mess less than 2 years ago). 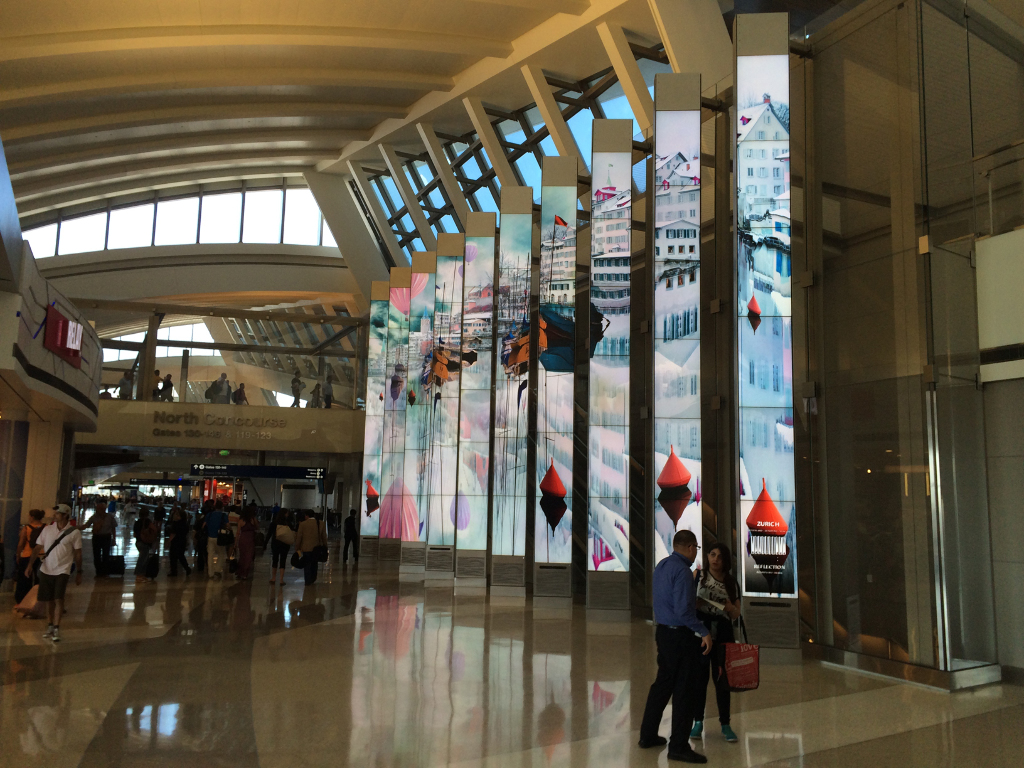 I love how LAX has LED artwork that's relevant to the flights departing - like this one which highlights my destination (Zurich). 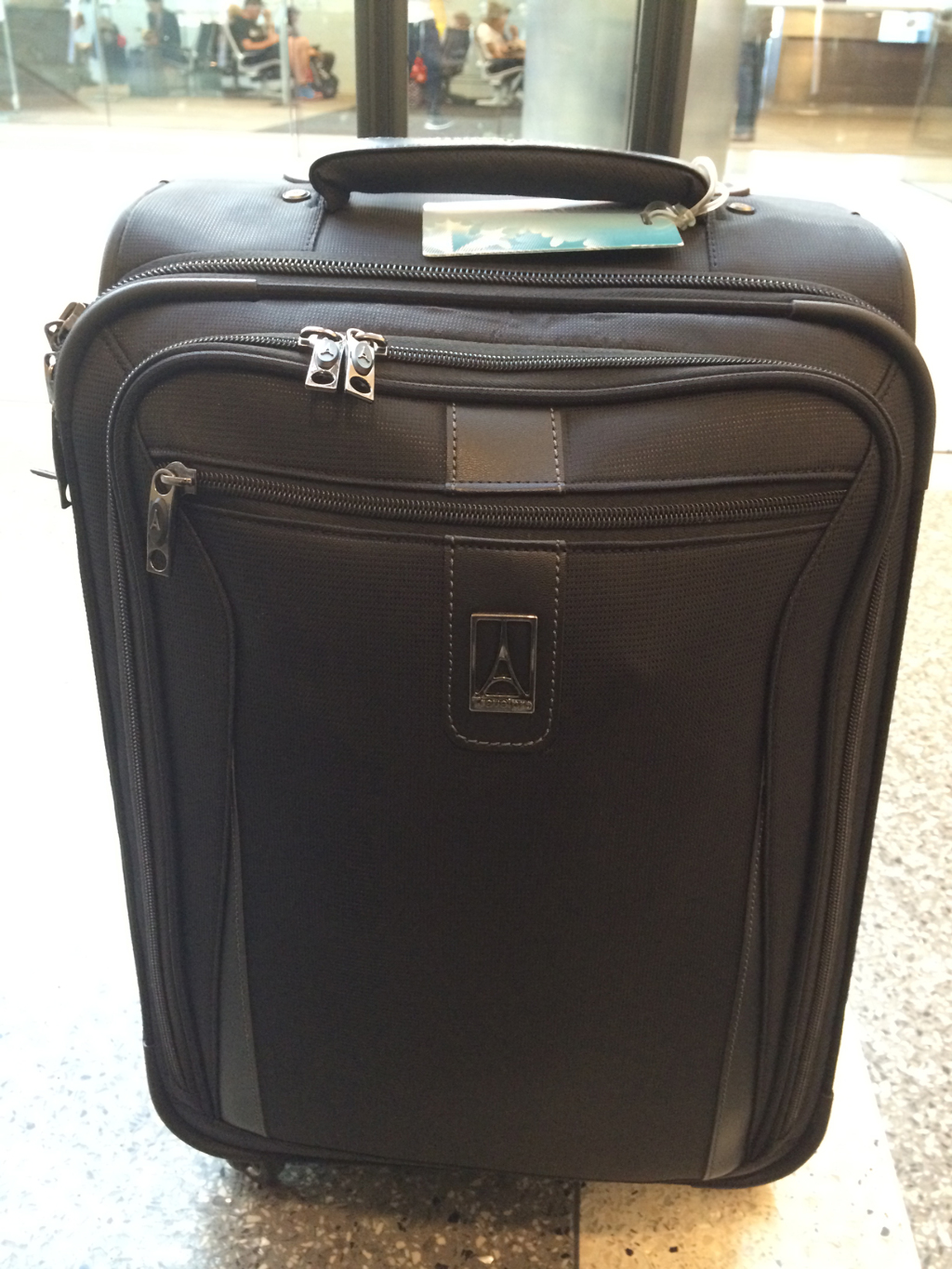 This was my first time using this Travelpro Maxlight 3 rollaboard suitcase - which was very easy to roll throughout the duration of my trip (no stress on my arms at all). http://www.travelpro.com 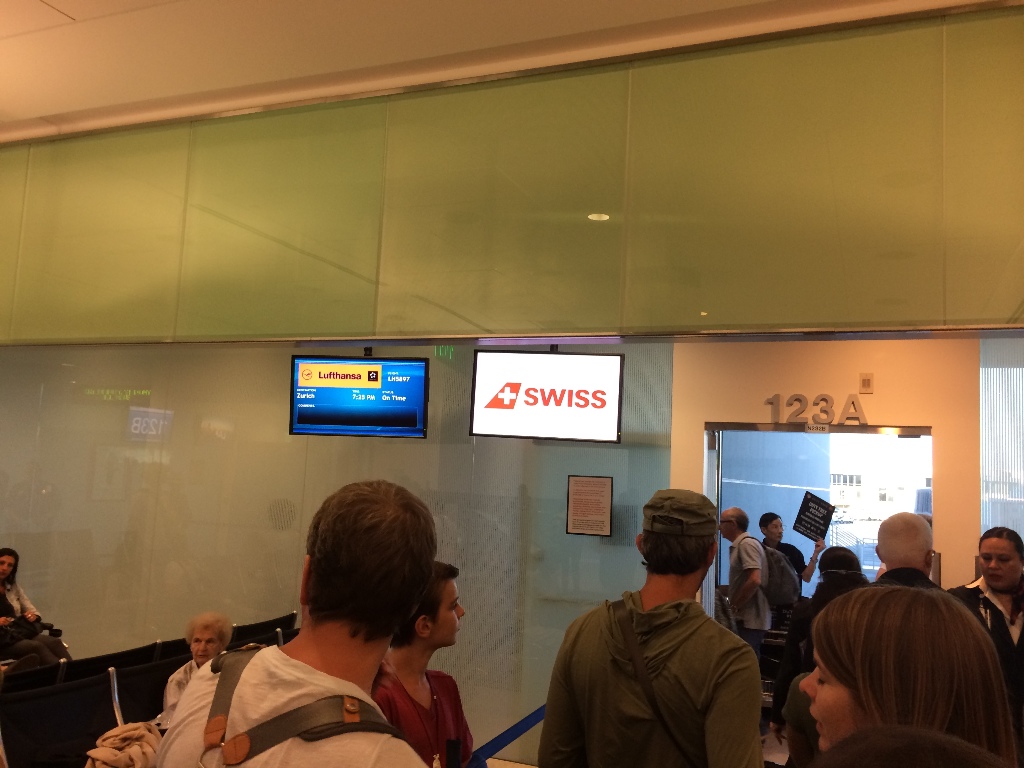 Boarding my flight to Zurich through LAX's dreaded gate 123. I will be SO glad when the airport eliminates this gate within the next 18 months. 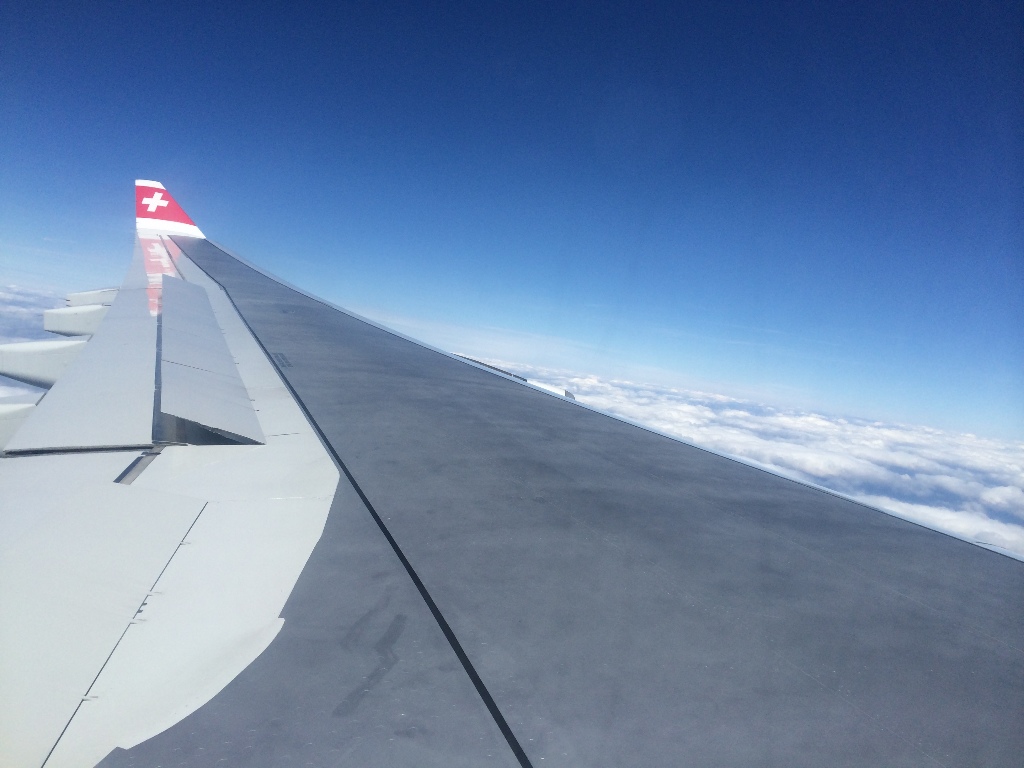 
Now for my flight from Zurich to Los Angeles….

Once I arrived at Zurich Airport aboard a Swiss Rail System train (from Martigny; you can view my trip report here: http://andiamo.tv/blog/?p=913), the central hall was so jammed full of people, I was immediately happy that I didn't need to suffer through that rigamarole, as the SWISS Business Class lines were empty. From the moment I checked-in with the cheery SWISS agent and provided my 2 bags (one of which was 60 lbs), I was on my way to the lounge (8 minutes from the time I exited the train to the time I received the boarding pass for my flight). Now, navigating Zurich Airport can be a bit tricky, so I strongly suggest that you get as much clarity as possible regarding gate & lounge locations before you walk away from the check-in counter.

After taking a fairly long walk to reach security, I entered the relatively short priority line (the Economy line was stupid long) and once I reached the bins the security representative queried me about computers, tablets and such in my bag - and since I had an iPad, it had to be removed from my carry-on luggage and placed in the funky shoe bin (I was shocked that Zurich Airport screens tablets - this is unheard of in the U.S. - on the other hand, you can cruise through security at Zurich Airport with shoes on). From there I decided to head to the Panorama Lounge (which is closer to the E gates and beyond Passport Control….which doesn't have a priority lane btw….) - although, it's not a SWISS-operated lounge, so please keep that in mind: This lounge is busy and isn't an exclusive club for SWISS passengers (food is just OK - it's not SWISS, so there certainly nothing to be effusive about at all). However, the view is great - and on non-rainy days AvGeeks can lounge on the outdoor terrace and watch aircraft tarmac movements. 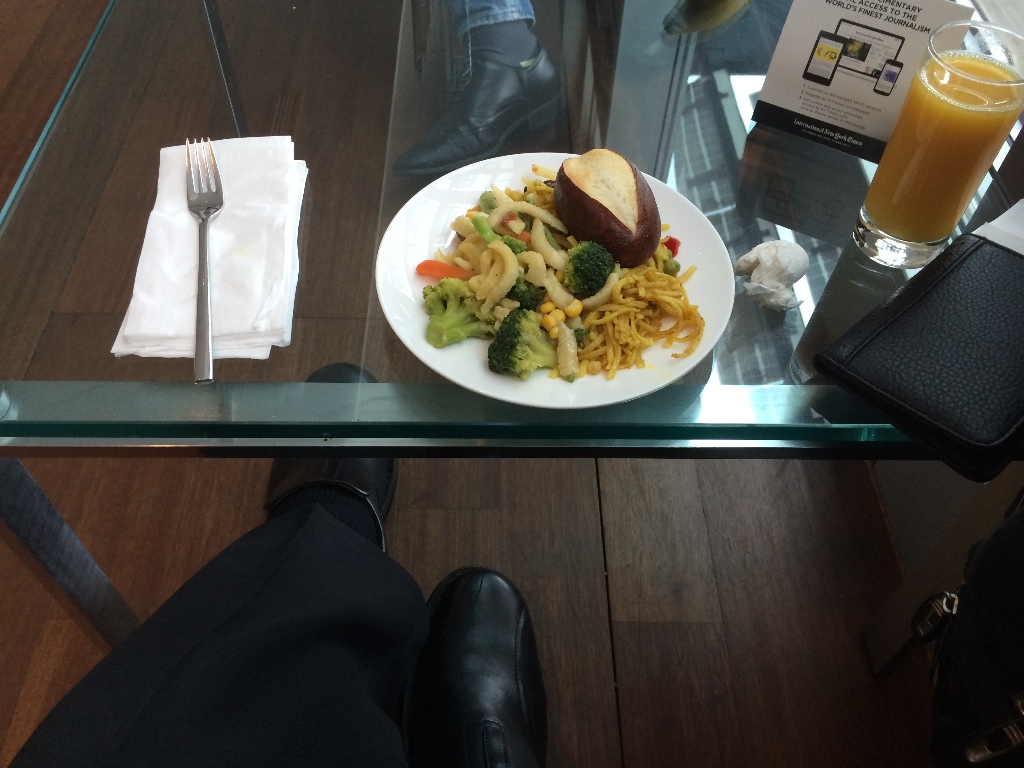 Food in the Panorama Lounge.

The SWISS check-in agent advised me to be at the gate 30 minutes before flight departure since there would be one additionally passport check at the gate. This time, there was a priority lane and I was VERY thankful for that since the lines for Economy were moving at a snail's pace.

Once my flight was called, I boarded the aircraft (only one jetway for both classes was used….even though another jetway was available, but not connected to the aircraft) and the wonderful SWISS Premium service began once I arrived at my comfortable throne seat. My jacket was gathered by a lovely flight attendant and I was offered a choice of fresh orange juice, water or champagne as my pre-departure beverage (I opted for juice & water since I was very dry & thirsty for some unknown reason). 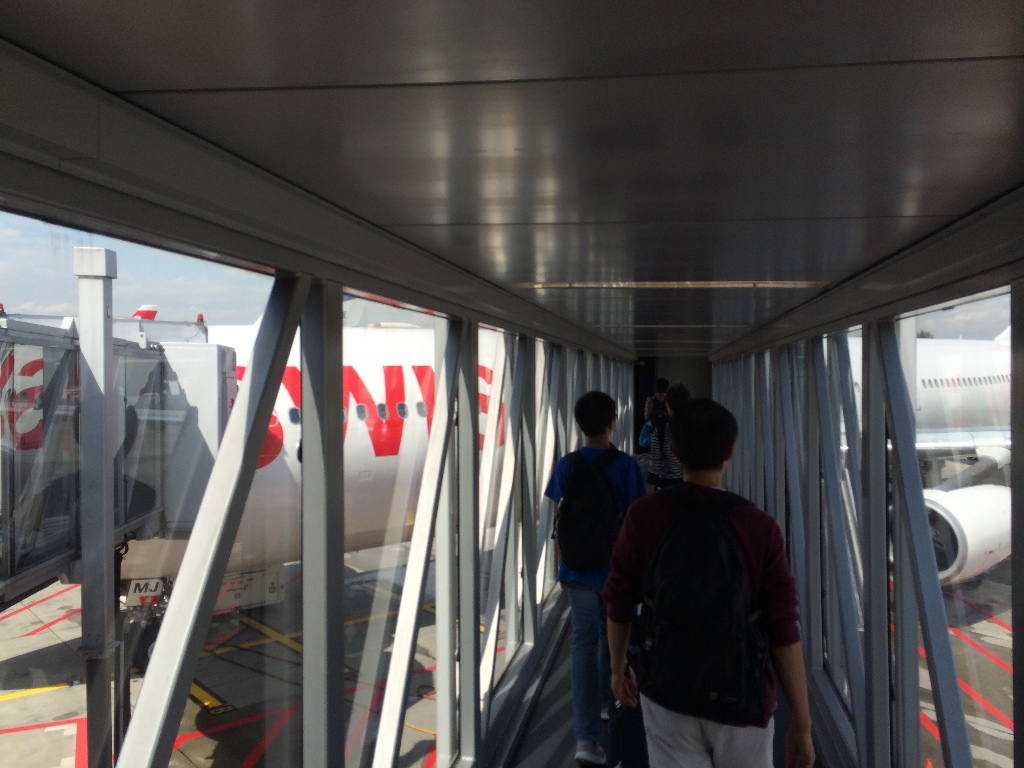 My flight departed on-time, but the takeoff was about 20 minutes late due to SWISS's rush hour departures at Zurich Airport. About 35 minutes after takeoff, SWISS's amiable inflight service began. So you can witness what I experienced, please view the following video:

Also, please view the video of my visit to Switzerland:

Special thanks to Dirk Hebel for permission to use his photo of this aircraft as my cover photo. Please visit his Planespotter page here http://www.planespotters.net/Aviation_Photos/search.php'tag=Dirk+P.+Hebel
See more

Overall, SWISS's Business Class is fantastic. I have no complaints with their premium services on the ground or in the air. I'm sure the airline will continue to be a fave for non-stops between U.S. cities and Zurich but I wish the airline's parent would be more considerate of those who are taller and must endure a non-premium service with SWISS (and no, exit rows don't work - you lose hip room in these already very narrow seats). Food catering on SWISS is very much on-par with many premium Asian carriers, so SWISS get high marks from me in this area. They are very thoughtful with their monthly guest chef / regional cuisine on long-haul flights from Zurich: Fresh ingredients, conscious selection of meats and wine selections and even Mövenpick ice cream mid-flight, all make for a most pleasant in-flight experience. I haven't seen such attention to in-flight cuisine since I last flew Hawaiian Airlines' First Class for vacation. On that note, if you happen to fly between the Mainland U.S. and Hawaii, don't bother flying other airlines....because they just don't get it.

The Business Class seating for this SWISS flight was especially comfortable and I found myself soundly dozing off between meals. The inflight entertainment was fine, but for me, this flight was less about being entertained and more about resting. I did notice that the screens were a bit dated and they didn't have the rich resolution of modern IFE systems, but I think this had everything to do with the overall age of the aircraft. Hopefully, Lufthansa will provide SWISS with equipment upgrades soon (as it has done with its own brand) so that SWISS isn't conscripted to fly a fleet of aging & fuel wasting aircraft. Perhaps a fleet of 4-class A350's (replacing all of the A340's) should be considered. One hopes that Lufthansa will make considerable efforts to enhance SWISS's brand.

The contributors of Flight-Report published 7 reviews of 1 airlines on the route Zurich (ZRH) → Los Angeles (LAX).

The average flight time is 12 hours and 14 minutes.

He wrote 8 reviews about 4 airlines and 6 airports.