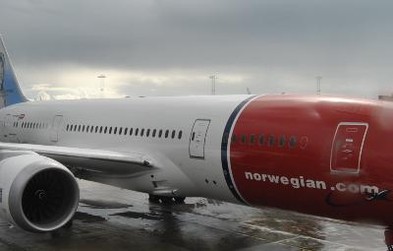 This was the cheapest option for us to fly to San Francisco in summer, and I couldn't resist the opportunity to fly on the B787 Dreamliner. I was a bit afraid of the negative reviews that I had read about Norwegian Long-Haul but I cannot say a single negative comment about my experience.
We got to Oslo Gardermoen Airport using the regular service train from Oslo Sentralstajion, not the Flytoget which costs twice the price of the regular service and is just 5 minutes faster. We headed to the Baggage drop off area, there wasn't a single person in the line so in 5 minutes we had already our tickets ready and our baggage dropped off, impressive start. Our aircraft was EI-LND, which was only an year old and looked pretty new. Here are some pictures I took while waiting for boarding. The boarding process was terribly bad organized, which resulted in a 30-45 minute delay. Before boarding the aircraft I took some pics again of the beautiful Dreamliner. The cabin looked pretty comfortable and new, the aircraft was clean and the seats were much comfortable than expected. Upon boarding, I was amazed by the size of the windows and the dimming system. It was like flying in an aircraft of the future, the cabin stewardess told me that windows were 65% larger on the B787. 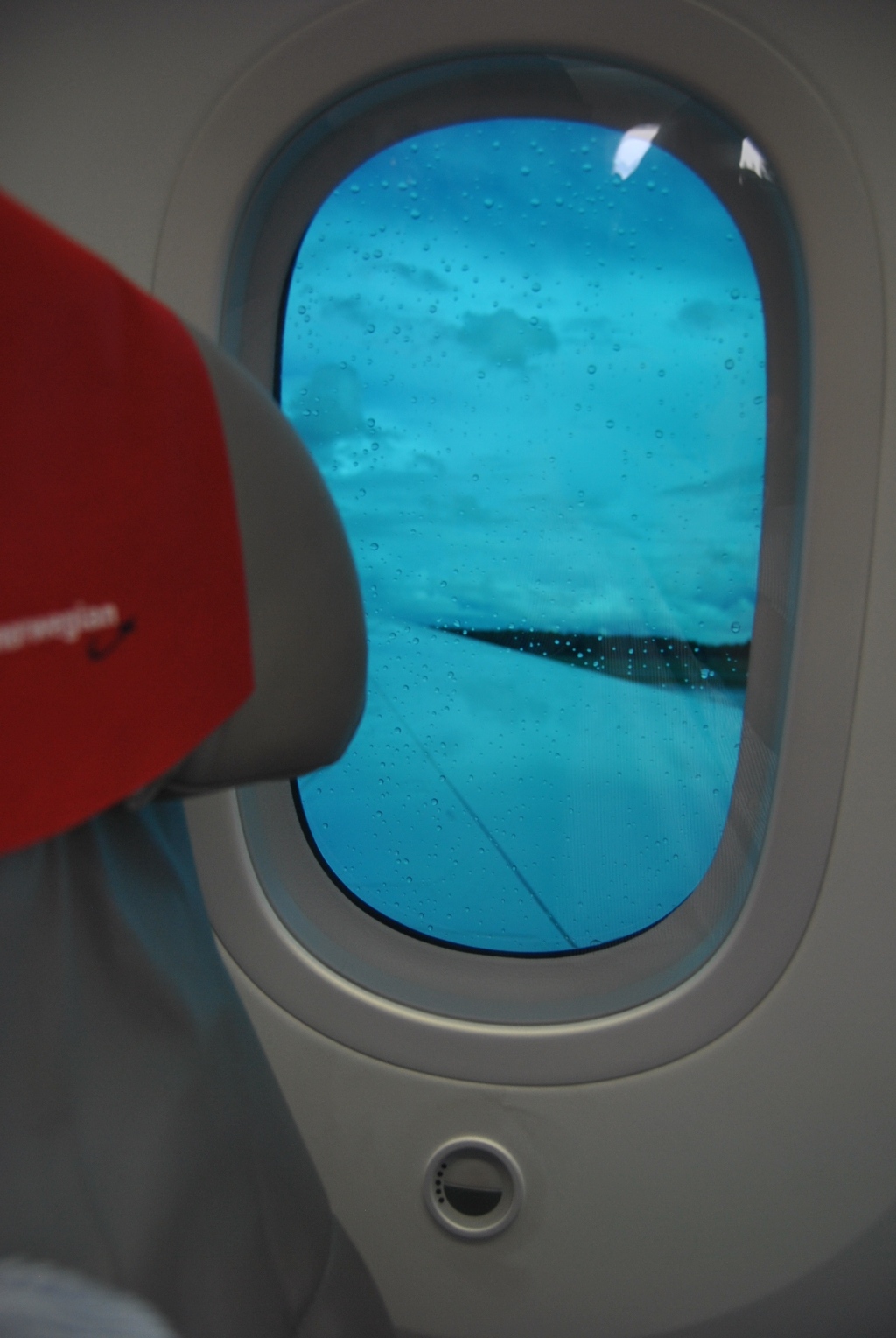 Once boarding had been completed, we taxied to the runway for a quick take off after no more than 10 minutes of push-back. The engines of the Dreamliner were significantly quieter than most aircraft I had flown, which is quite good for such a long flight. We reached cruising altitude quite fast after take-off, I took a picture of the Economy cabin which was pretty comfortable. I started browsing the PTV and found out an amazing feature I had never experienced before, cockpit view from your own PTV with real altitude and speed, it was amazing especially for aviation lovers like me. There was also a 3D Map where you could easily track the plane's position and even read some tourist information about some of Norwegian's destinations. After four hours approximately, the captain announced we were going to fly over Greenland. The views from the aircraft were breathtaking, the glaciers were just amazing, take a look at the picture I took. After 5 hours, I was pretty hungry and once pre-ordered meals had been served to those passengers who had ordered them, the Snack Bar opened. The prices were expensive, one can browse the whole menu through his PTV and order it through there simply by swiping your VISA. I ordered a Chicken Sandwich, it was tasteless, dry and expensive but it would not ruin the great experience I was having on the Dreamliner. I tried to sleep during the flight but I didn't manage to. We initiated descend after 9 hours of flight, it was time to set the cockpit view in my PTV! The descend into Oakland was pretty long. The weather was overcast and I didn't see anything until 30 seconds before touching down at OAK, there were a lot of low clouds and the visibility was pretty limited. We landed at Oakland about 15 min later than expected, while taxiing to the gate, the captain gave a small demonstration of the mood lighting of the Dreamliner which was pretty fun although I found it rather useless. It was fun especially for the many kids that were onboard. We disembarked the plane pretty quickly and cleared customs fast too, I guess flying into Oakland which hasn't got many international flights was the reason for our fast process of clearing customs.

That's all! I hope you've enjoyed my review!

Overall great experience, not only for value but for the aircraft. It was modern, clean and comfortable. Crew was very helpful. The only negative thing is that unless you pre-order meals or you buy a tasteless sandwich onboard through your PTV, Norwegian won't serve you any meal. However, bearing in mind the price of the ticket I guess it was bearable. Make sure your flight is operated by the B787 Dreamliner because I was told that Norwegian has a wet-leased old B772 operating on some routes because of the Dreamliner's technical problems, I don't think the experience would have been as good on an old B772. Loved Norwegian and look forward to fly with them in the future!

He wrote 19 reviews about 10 airlines and 14 airports.