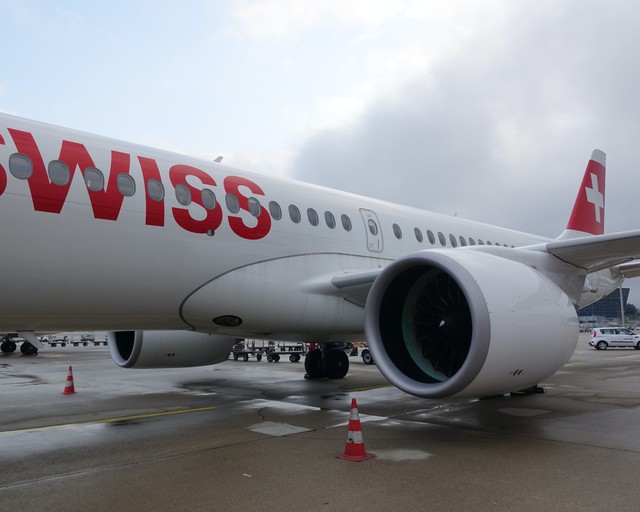 #15 out of 75 Airlines A minimum of 10 flight-reports within the past two years is required to appear in the rankings. 861 reviews

Hello everyone, welcome to the fourth leg of the trip to Hong Kong. This report will cover the flight from Zurich to Munich.

After arriving from Hong Kong, it took me more than 10 mins to get off the plane. I was a bit nervous because I only had less than 20 minutes until the next boarding to Munich. It took a while to get through the security check due to large amount of passengers. However, going through the immigration took me less than a minute. My flight to Munich would be departing from terminal B, and I have to take the people mover from terminal E. As the boarding time of 6:45am approached, I started running and finally managed to rush to gate B02 at 6:47am. Boarding had already started and a lot of people queuing up in front of the gate.

Just like my previous flight, I did the online check-in the night before. 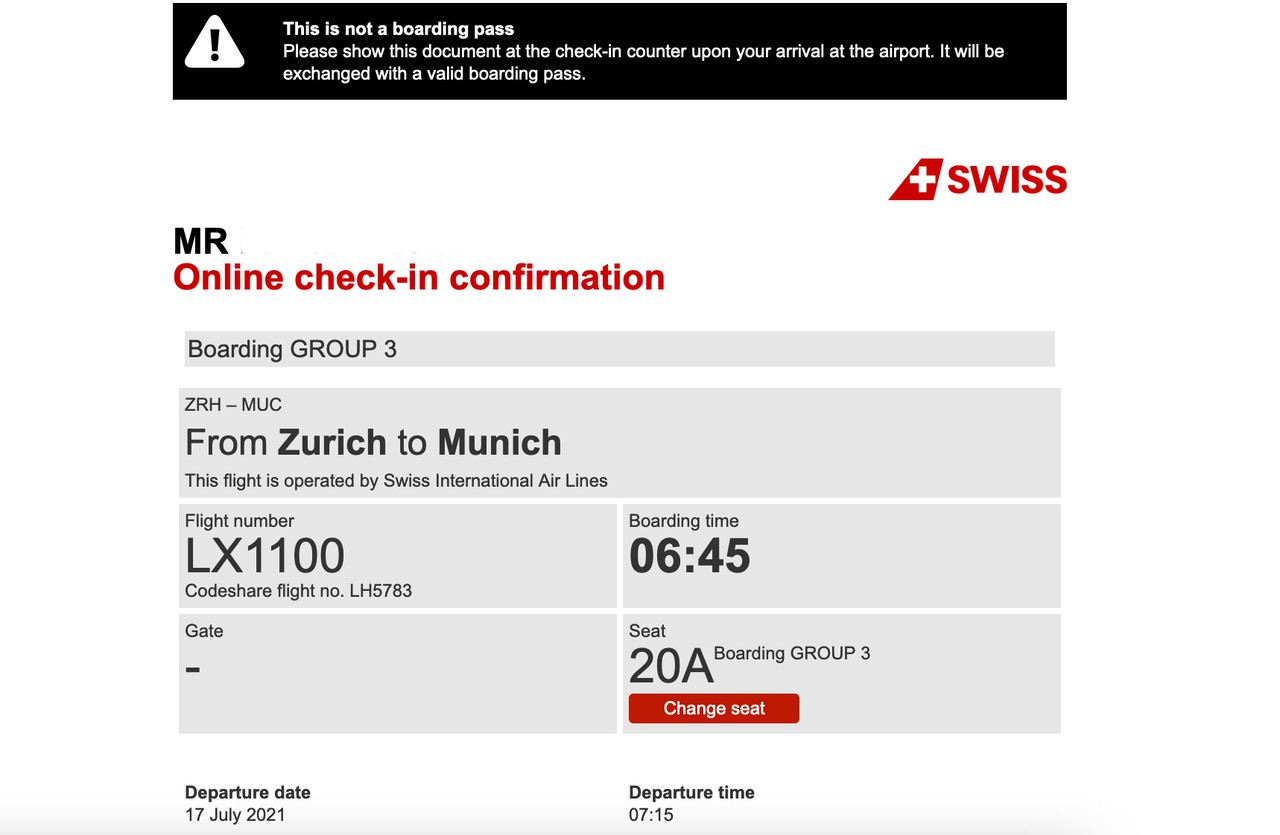 Gate B1 to B10 are located in a small building where all of them are bus gate. After I scanned my boarding pass, I got on the bus and it took me to the southernmost parking slot D17. This was my plane, HB-JCO, Airbus a220-300, delivered to Swiss International Airlines on 2nd July 2018. Currently Swiss possesses 21 A220-300. I boarded the plane from the front door. 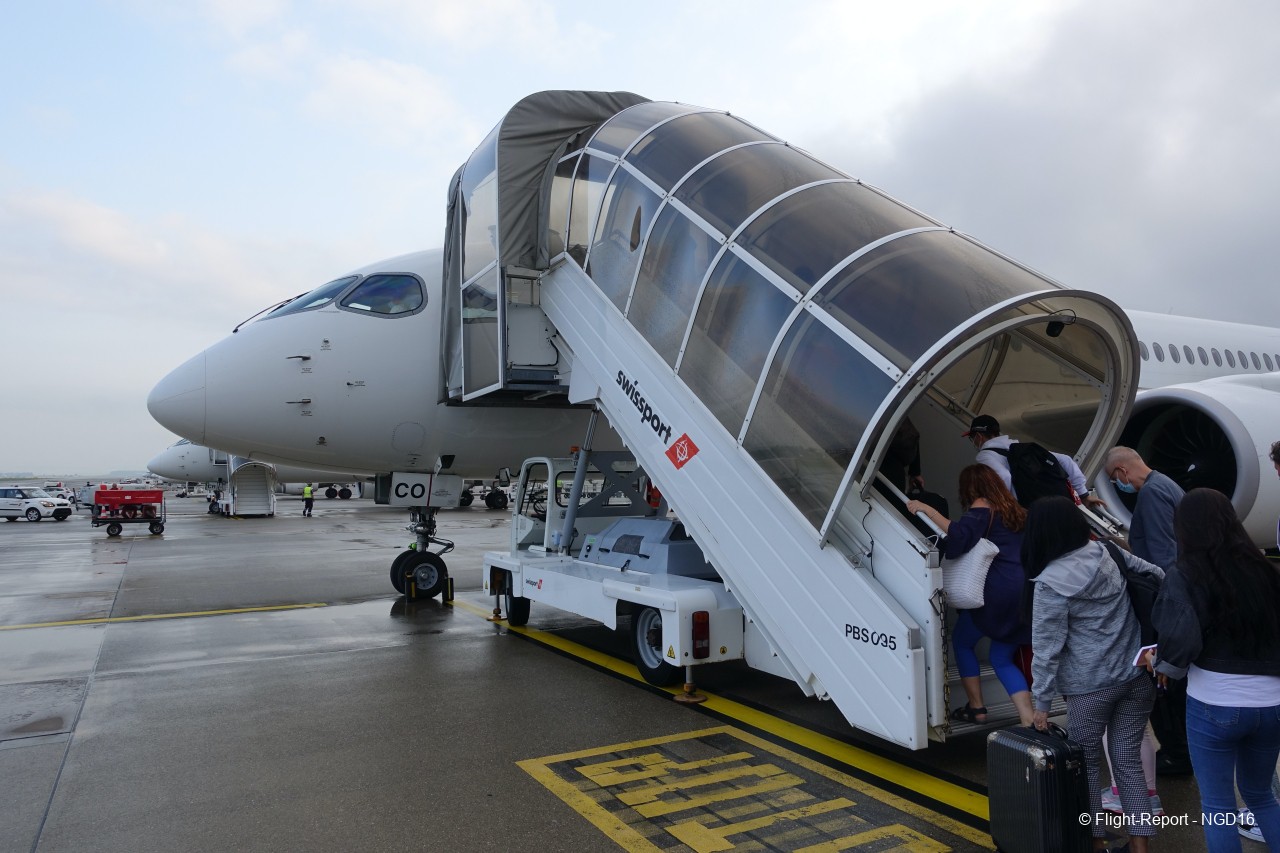 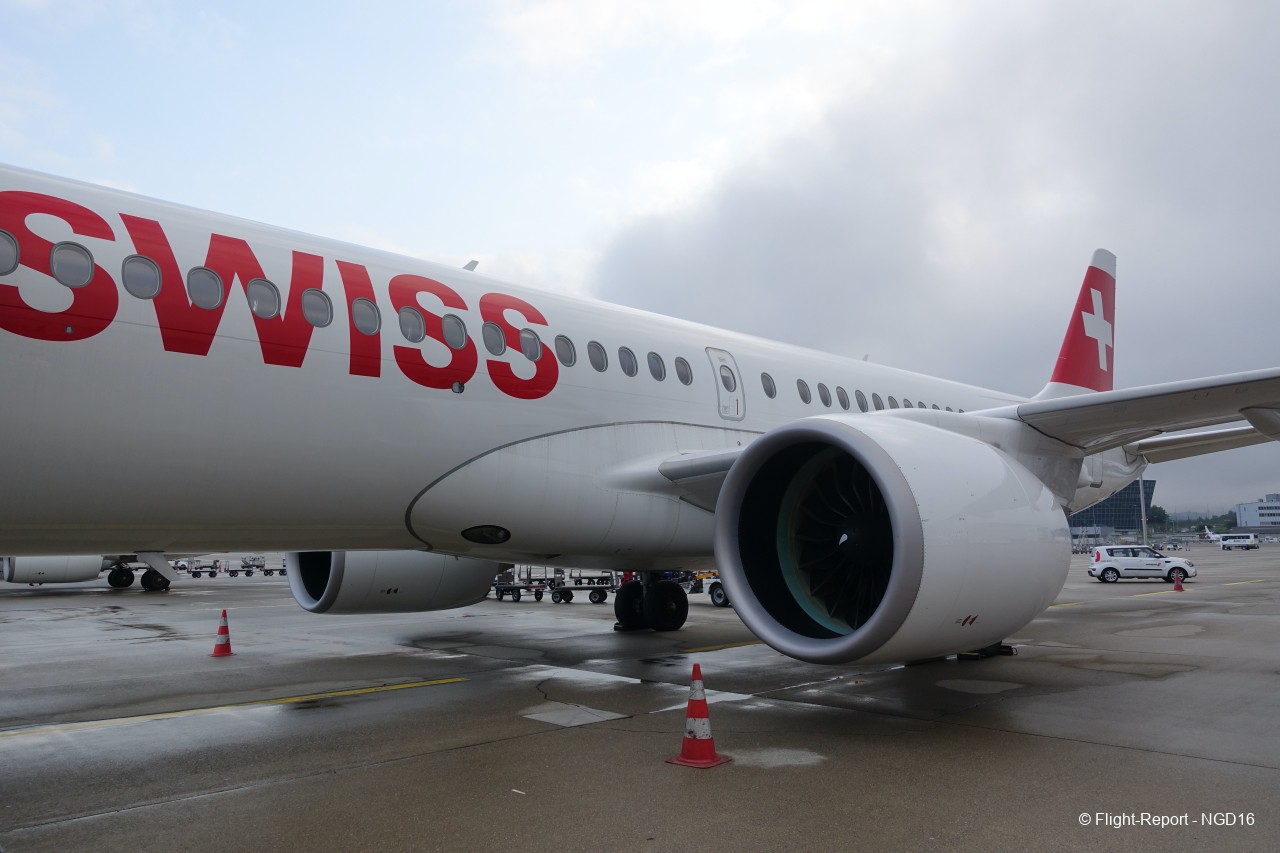 I was among the last few passengers to board the plane. Disinfecting wipe again was provided at the aircraft entrance. As I reached my seat, the aisle seat was already occupied by a lady. I was seating at 20A on the left side of the plane. 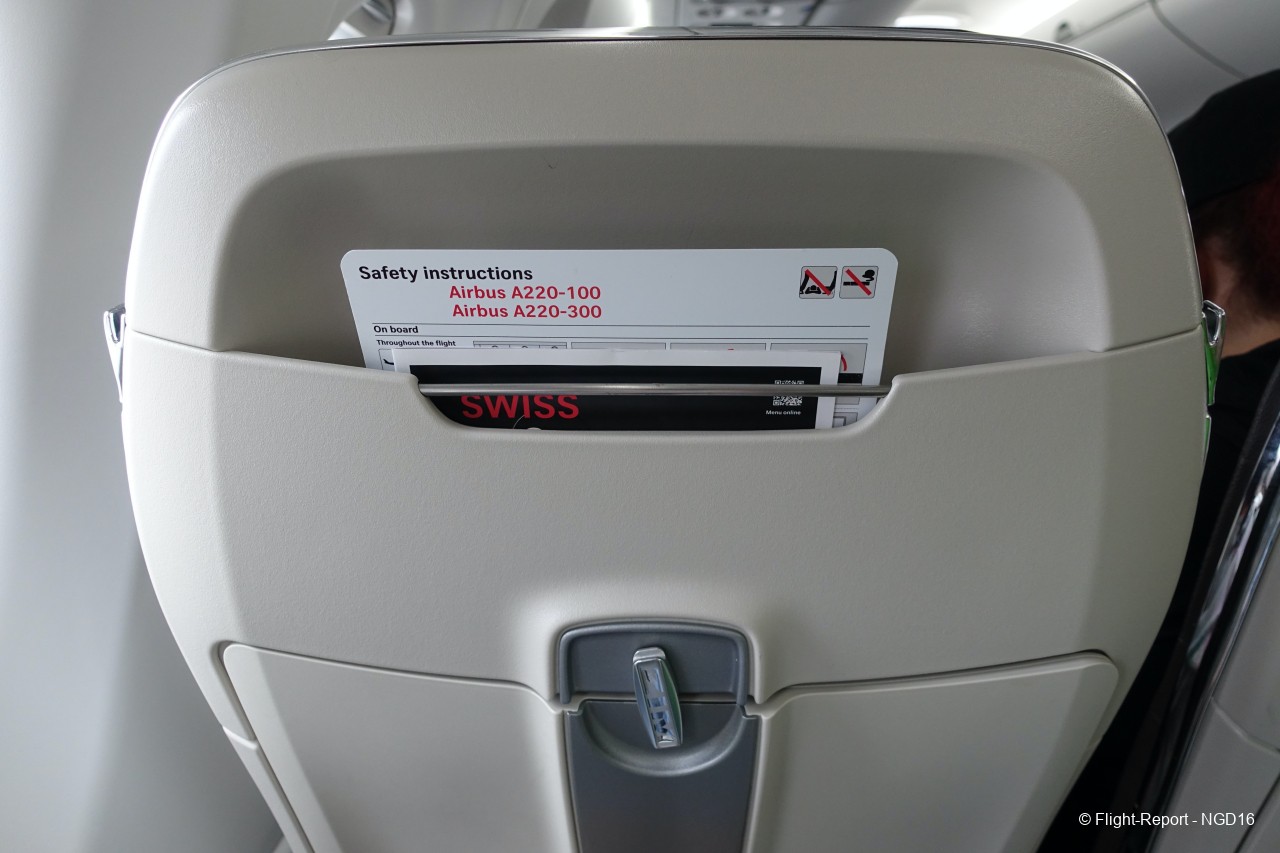 View outside the window of my seat. There were small monitors above for every single row, the seatbelt and no smoking sign can be seen very clearly, which I think is much better than the E-jets E2. 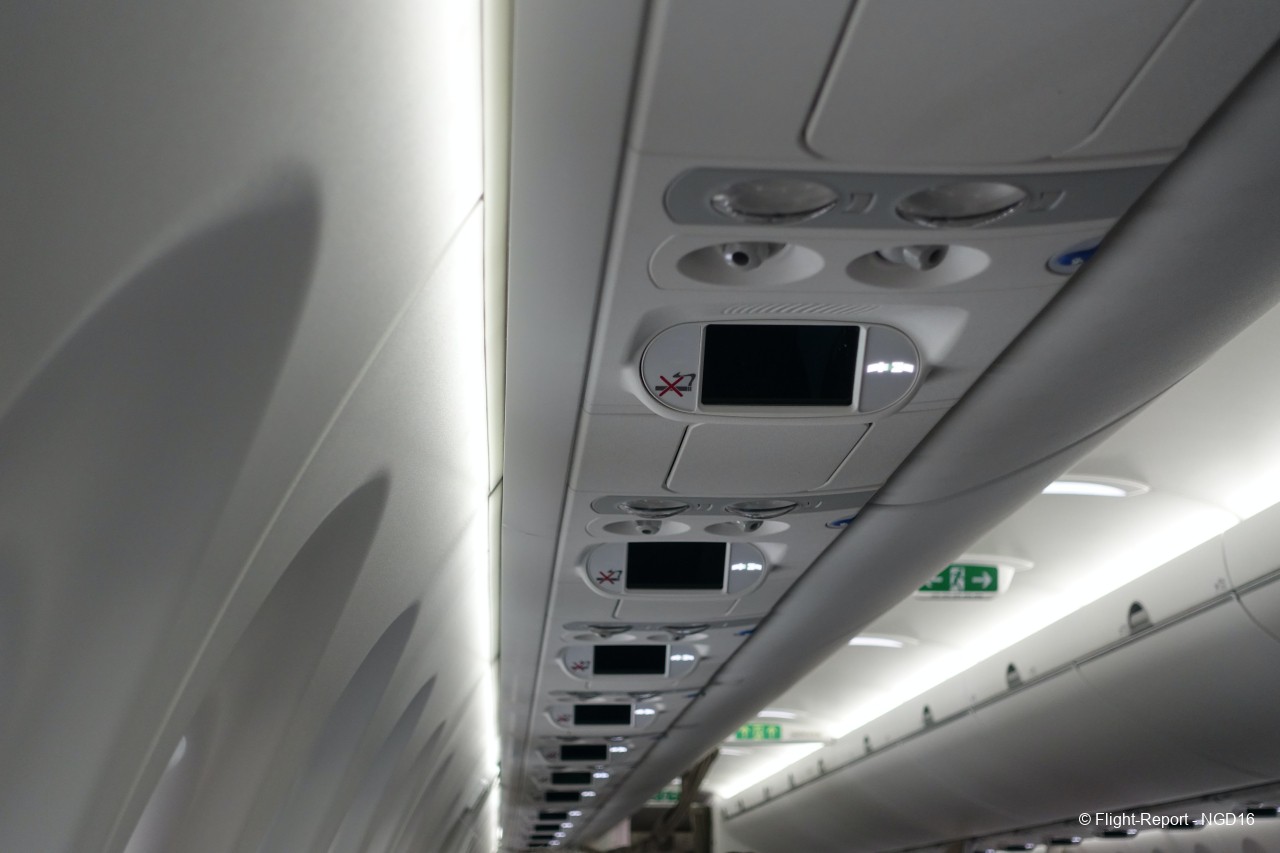 At 7:18am, announcement from flight deck that the flight time would be 40 minutes. 2 minutes later, the safety video was conduced on the monitor. As I saw from other reports, Airshow would be showing on the monitor during the flight. However, it was turned off on my flight. 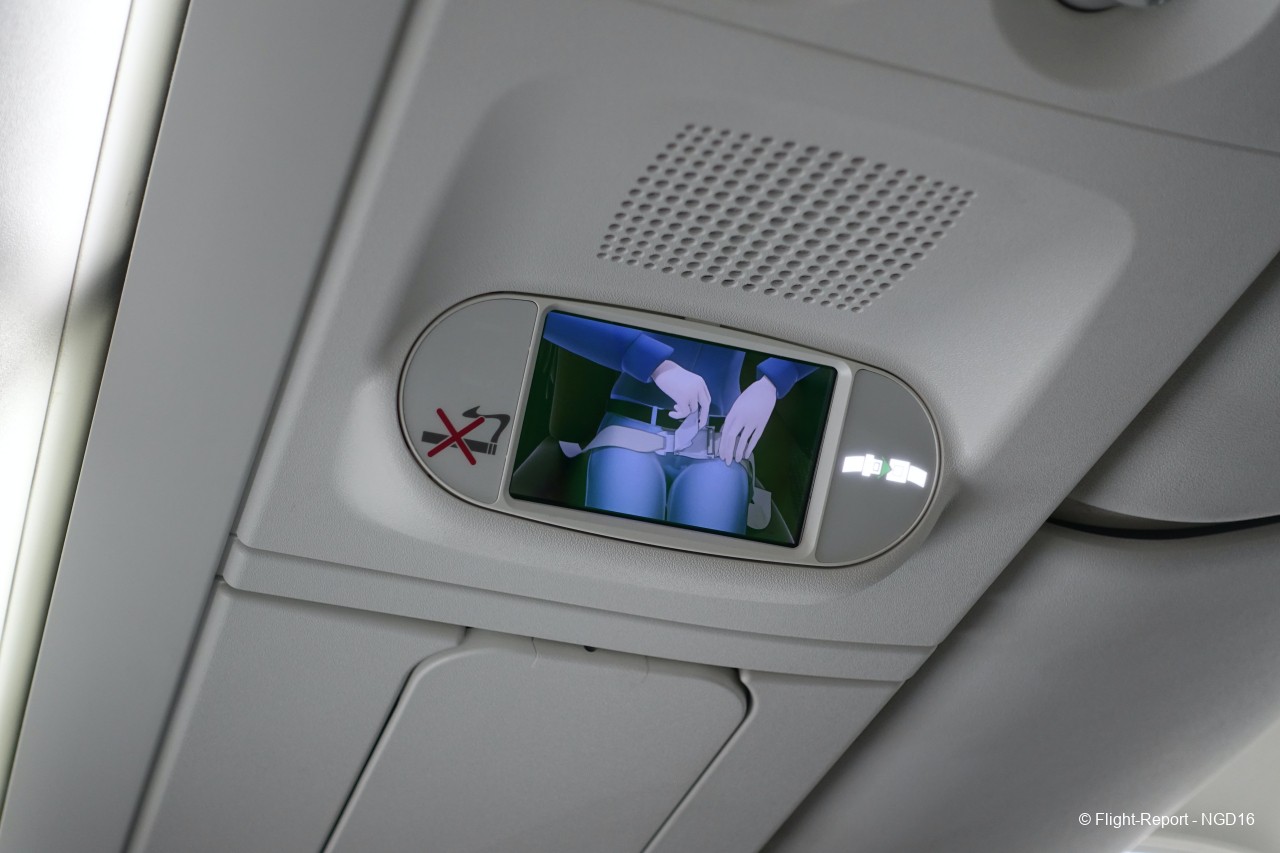 Pushback was commenced at 7:25am, 10 minutes behind schedule. Flaps were down for takeoff. 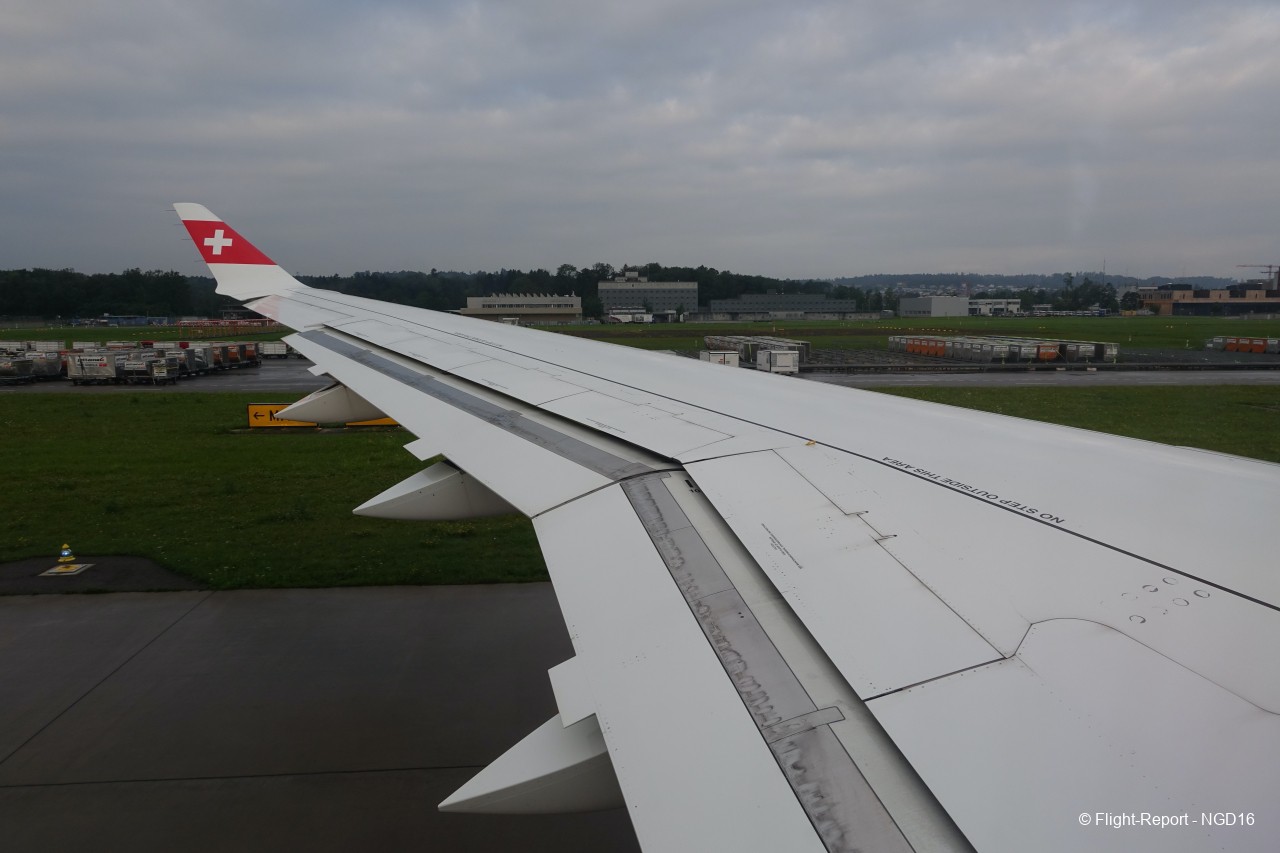 While we were taxi to RWY 32 for departure, we passed by terminal E, where we saw a Thai Airways's B787 arriving from Bangkok at 6:30pm the day before as TG972. It would then operate the flight to Phuket in the afternoon as TG973. 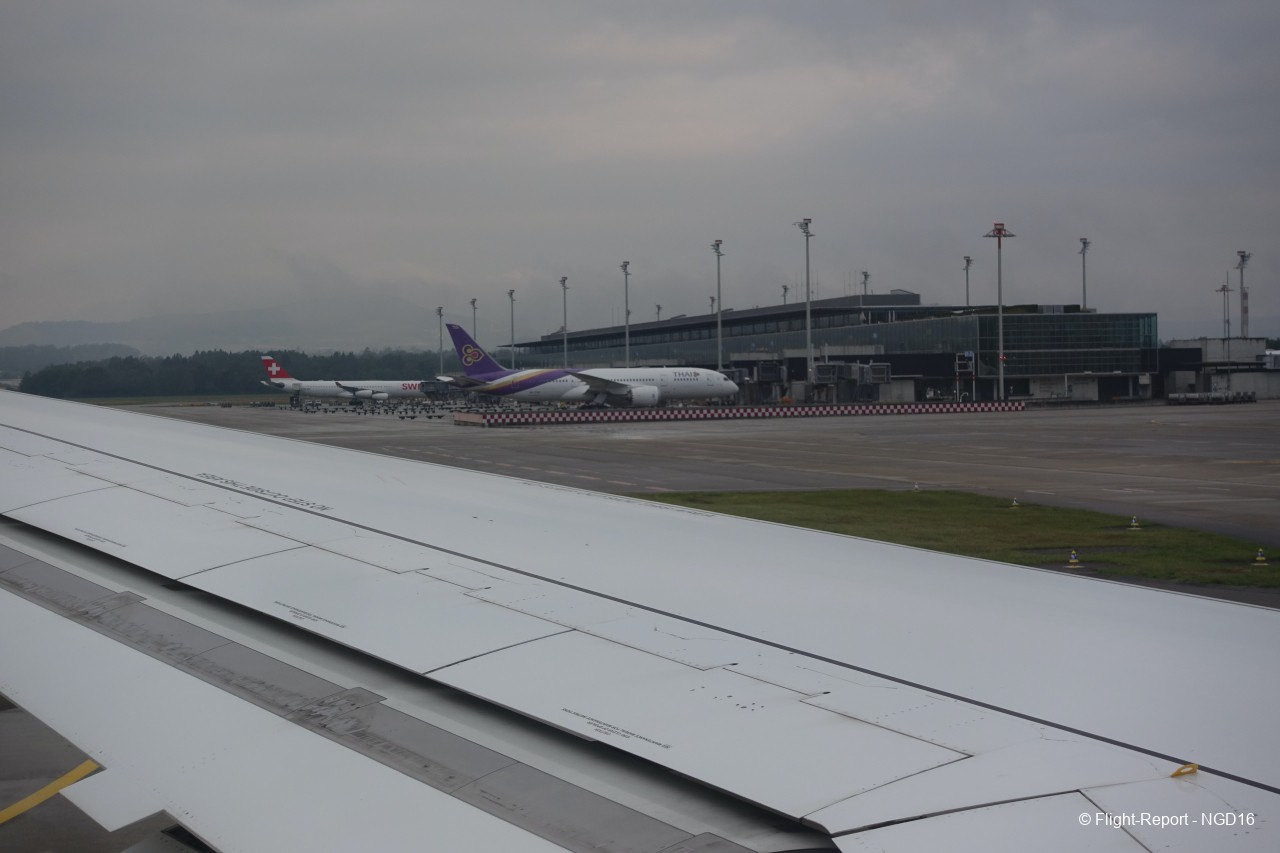 The plane that took me from Hong Kong. 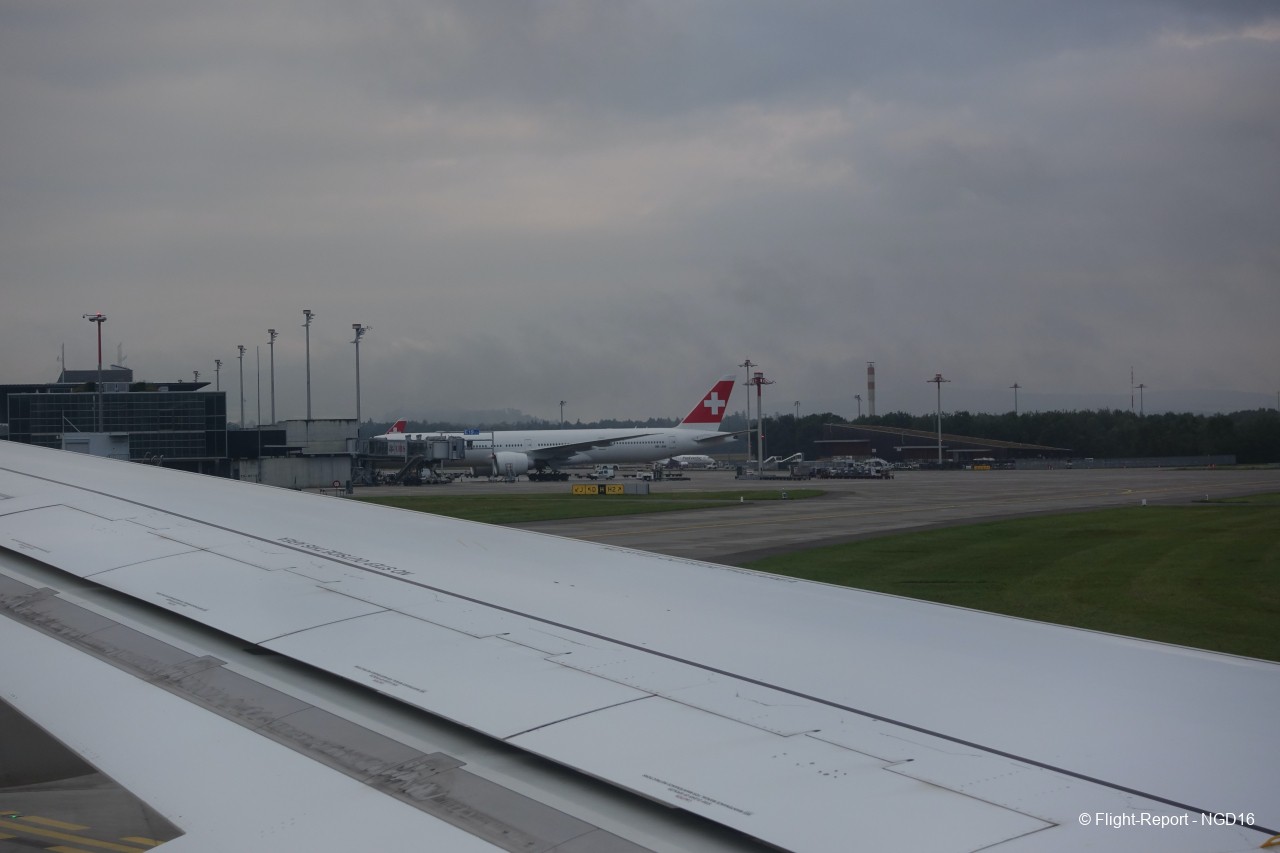 Soon we entered the active runway. 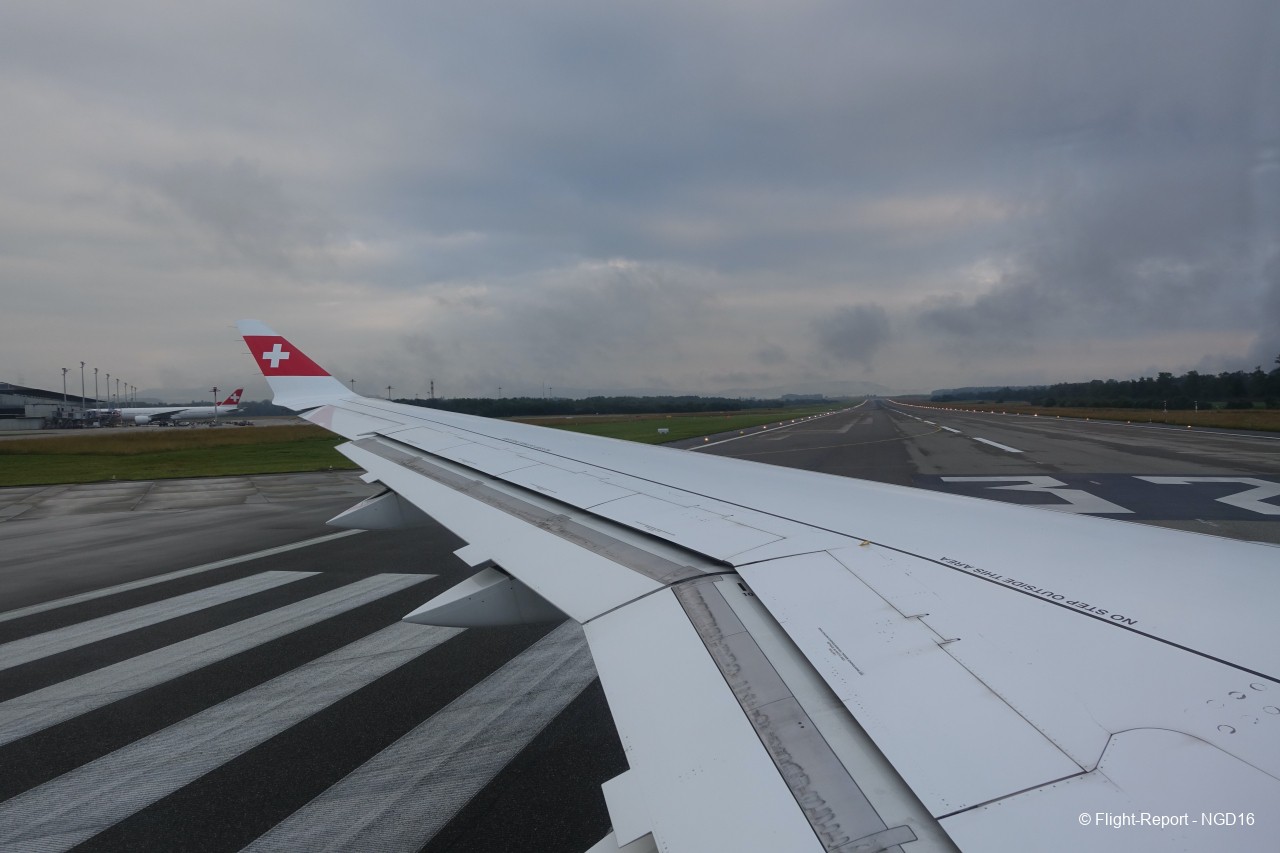 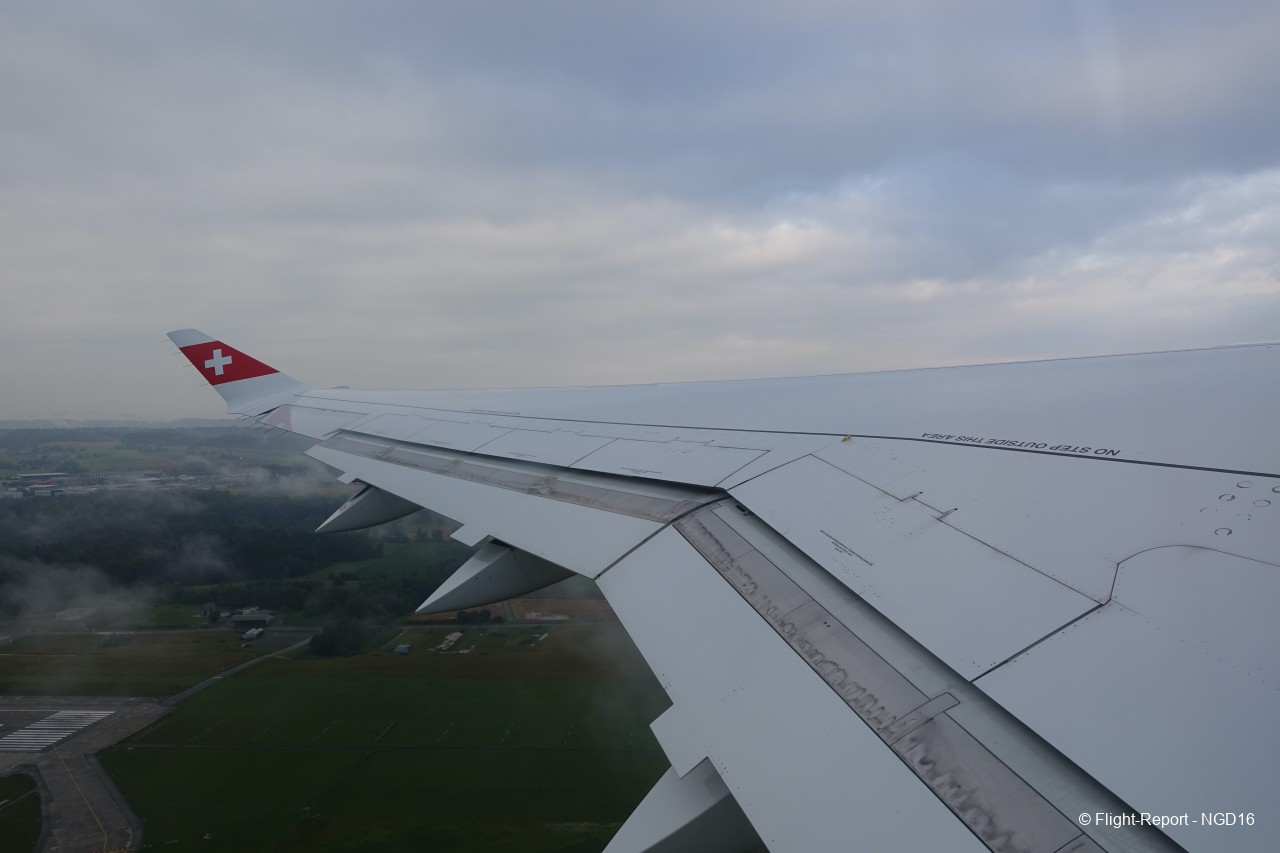 The cabin view. Swiss's A220 series adopted a 2-3 seat configuration the first 6 rows are assigned as business class, providing 30 seats in business class and 115 seats in economy class. As far as I can see, the loading was closed to 100%. During the Covid time, the airline no longer offer airline magazine. What was left was only the safety card and catering menu. I took a look at the menu but unfortunately BOB service was not available on this flight. 5 minutes into the air, the seatbelt sign was off, and the crew immediately started the service. As I wrote in the previous report with Helvetic Airways, only water and Swiss chocolate were provided. 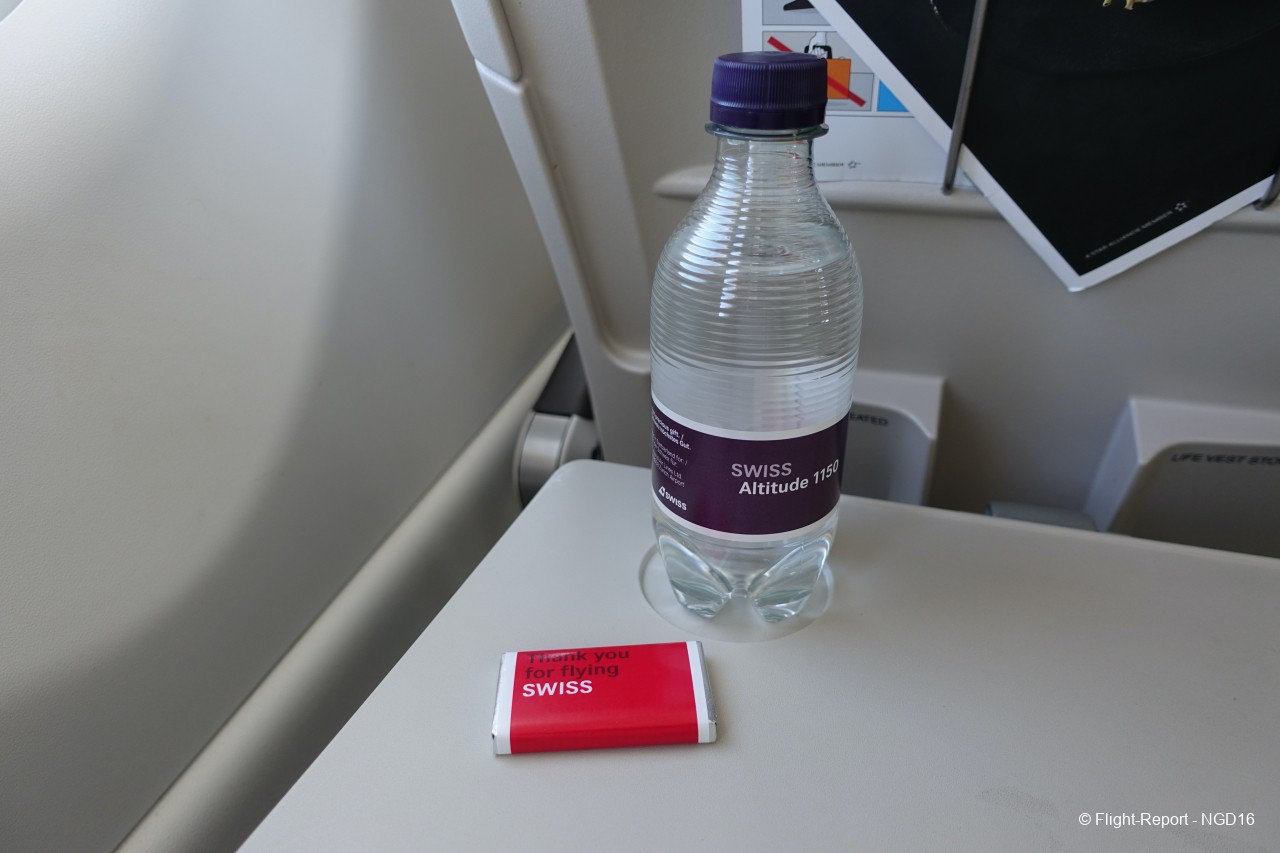 Central Europe was overcast today and I was not able to see the ground below. Winglet of the Airbus A220 series. 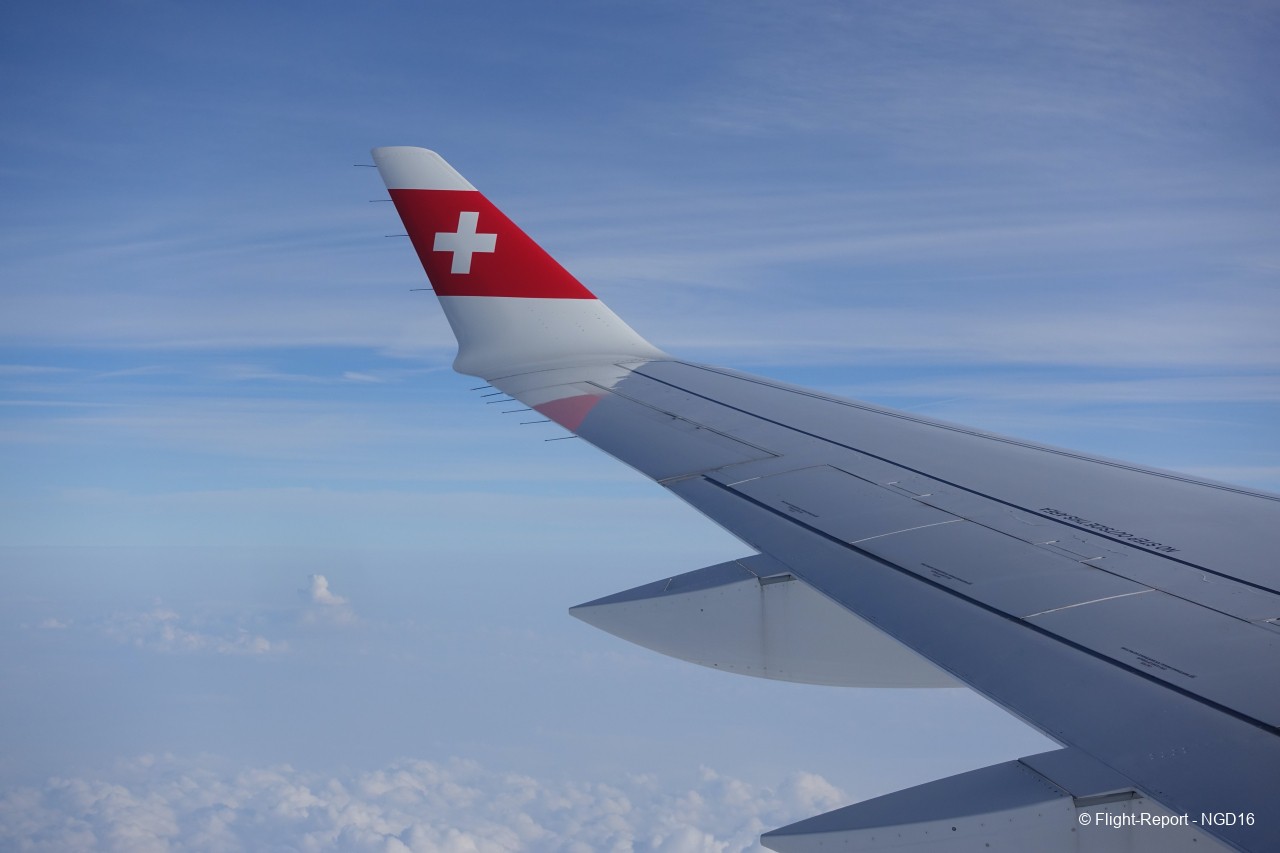 At 8:00am, seatbelt sign was turned on again and we started our descend into Munich Airport. I got a paper entry form to Germany from a crew. After I filled out the form and returned it to the crew, I was told that I could keep the Swiss pen which was also very nice. 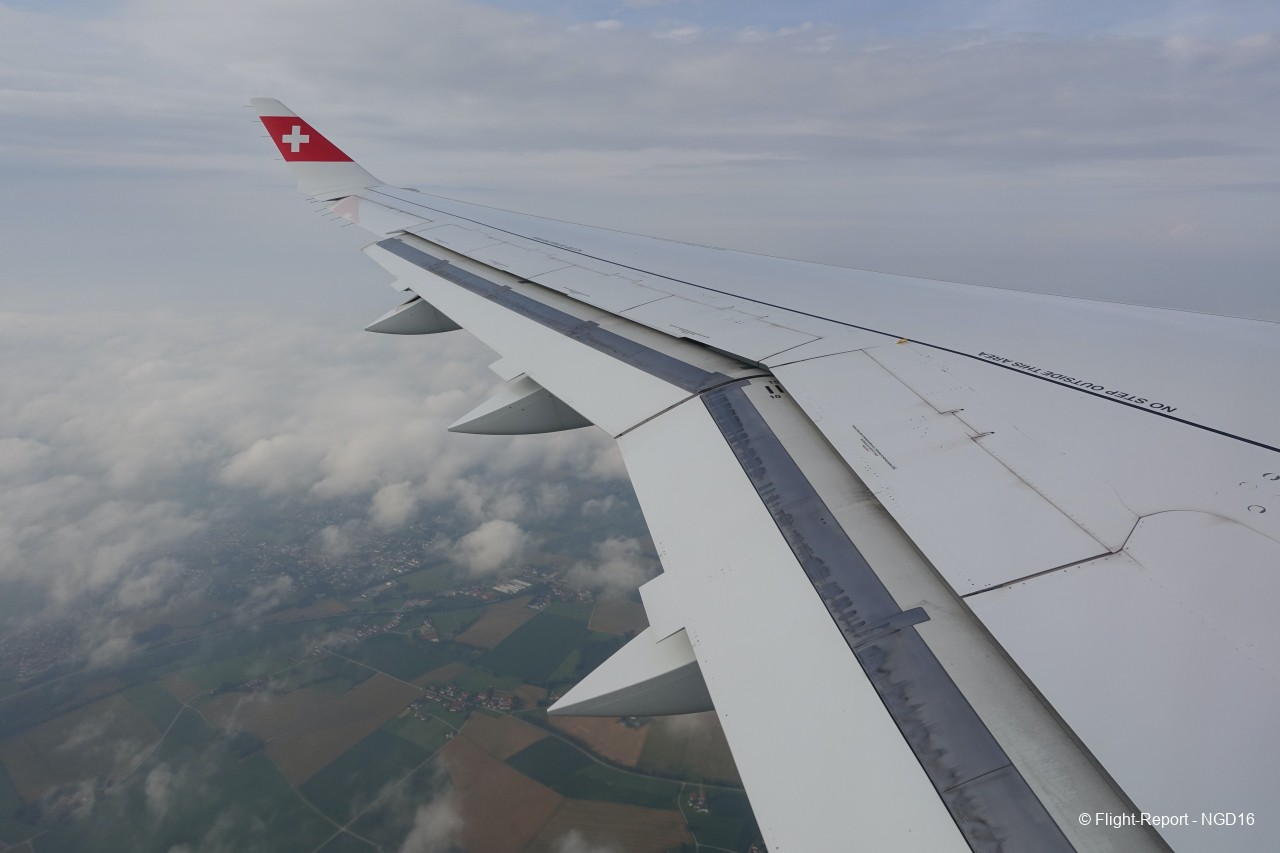 Flaps were down for the final landing. After a short taxi, we parked at the satellite terminal. Instead of disembarking from the jet bridge, we got on a bus and took us to the main building. Last view of the plane. 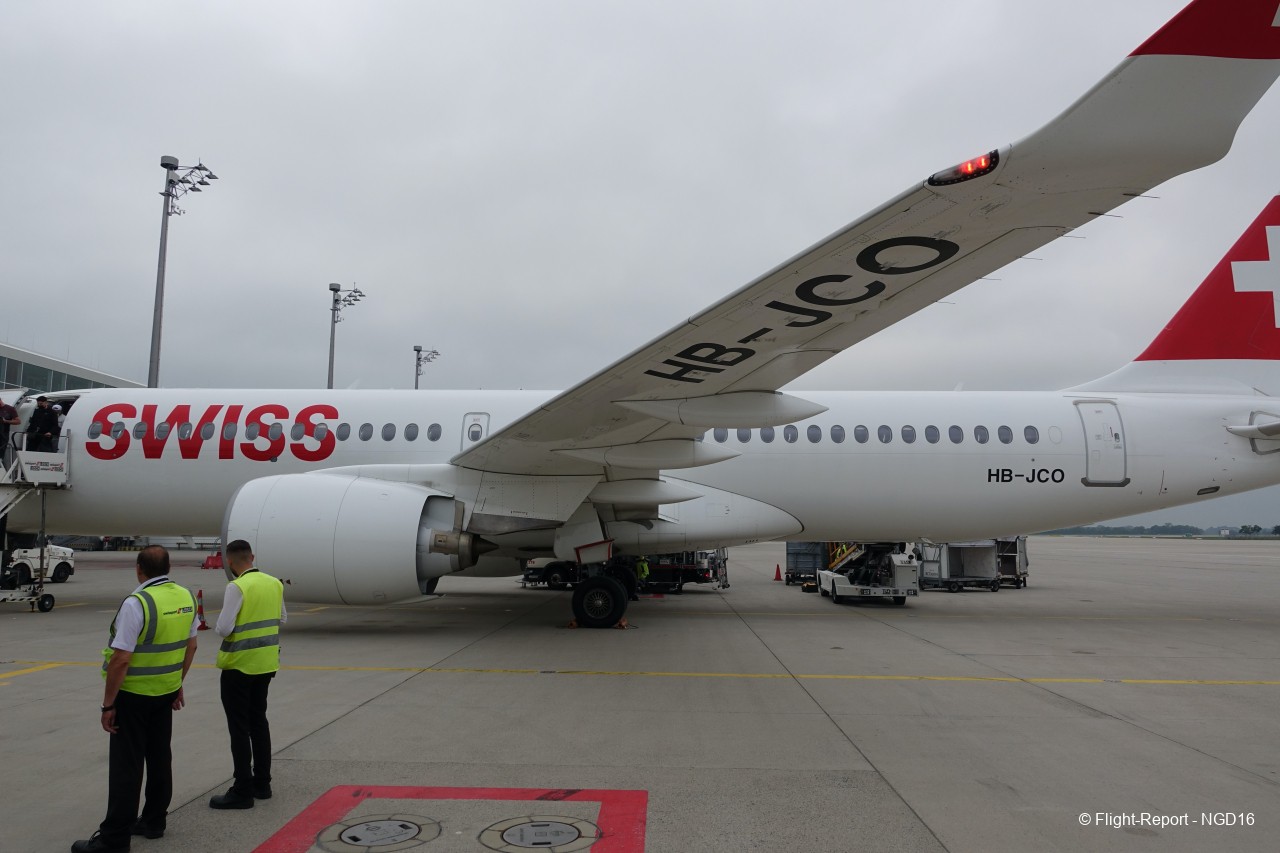 That summarized my whole trip to Hong Kong. Thanks for reading! see you next time.

This was the first time for my to fly with Airbus A220-300. In this trip, I had the chance to experience both A220 series and the E-jetE2 series, and I love both of them very much. From the inflight experience, it think they are pretty similar.

The contributors of Flight-Report published 11 reviews of 4 airlines on the route Zurich (ZRH) → Munich (MUC).