Hello! This is the flight reviews for my recent holiday to Scandinavia - Sweden and Finland. When searching for flights for this trip, several airlines came up including Singapore airlines via Moscow, Finnair via Helsinki and Lufthansa via Munich/ Frankfurt and of course Qatar Airways via Doha. Of course I would love to fly with SQ but the fares was significantly more expensive than others. That said, the thing that made QR stand out was that we could transit in Doha. I have always wanted to check out HIA. Another thing was that the other airlines mentioned all involved 10+ hour flight in economy compared to QR which allowed me to stopover halfway through (after a 8h flight). Hence I decided to fly QR. The itinerary is as shown below.
SIN → DOH | QR943 | A359 | You are Here |
DOH → ARN | QR171 | A359 | Click Here |
HEL → DOH | QR308 | A320 | Click Here |
DOH → SIN | QR944 | A35K | Click Here |

I left my house at around 7 to avoid peak hour on the Mass Rapid Transit(MRT). The MRT is a affordable and fast way to get to the airport (45-60 min travel). 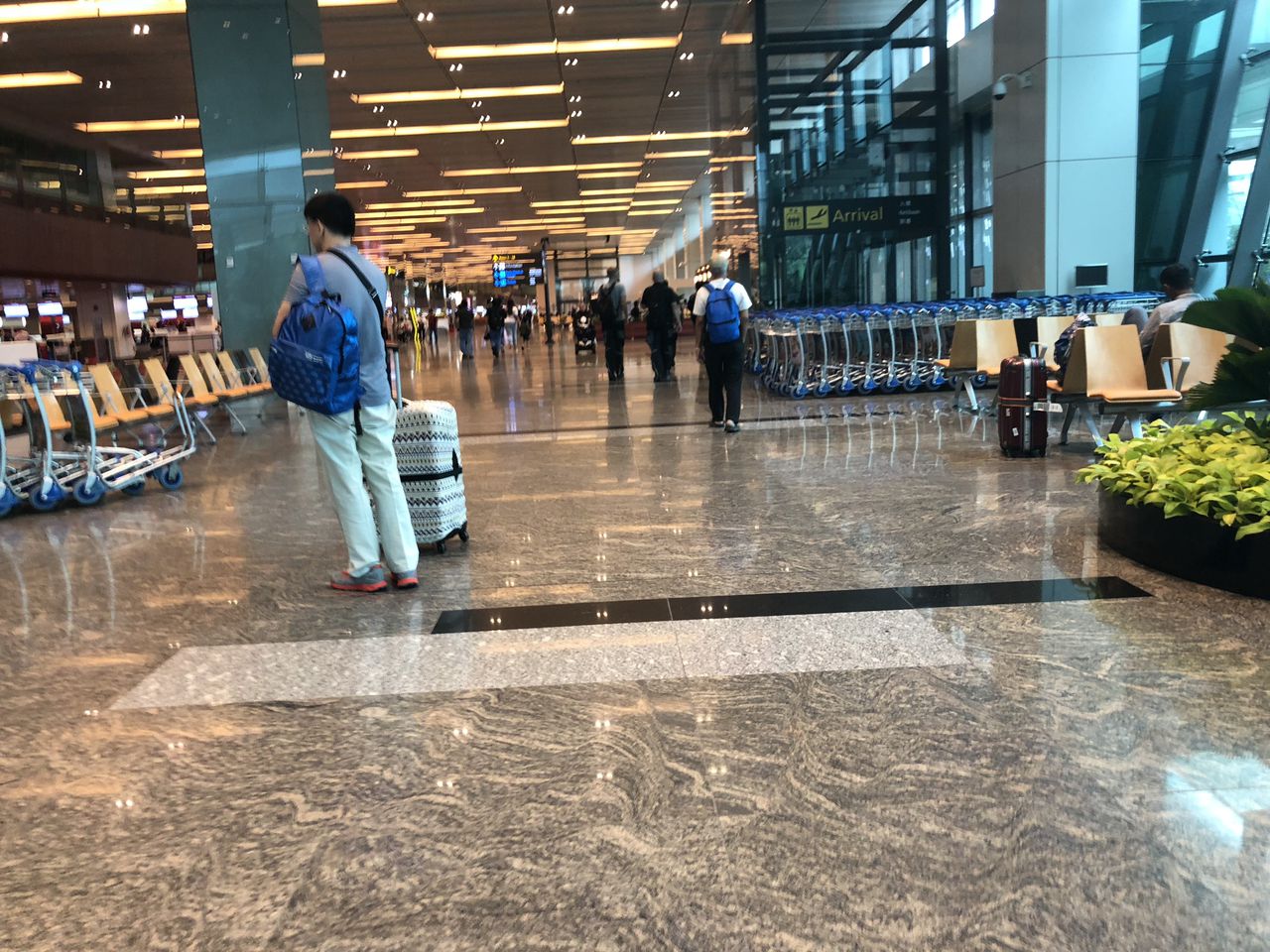 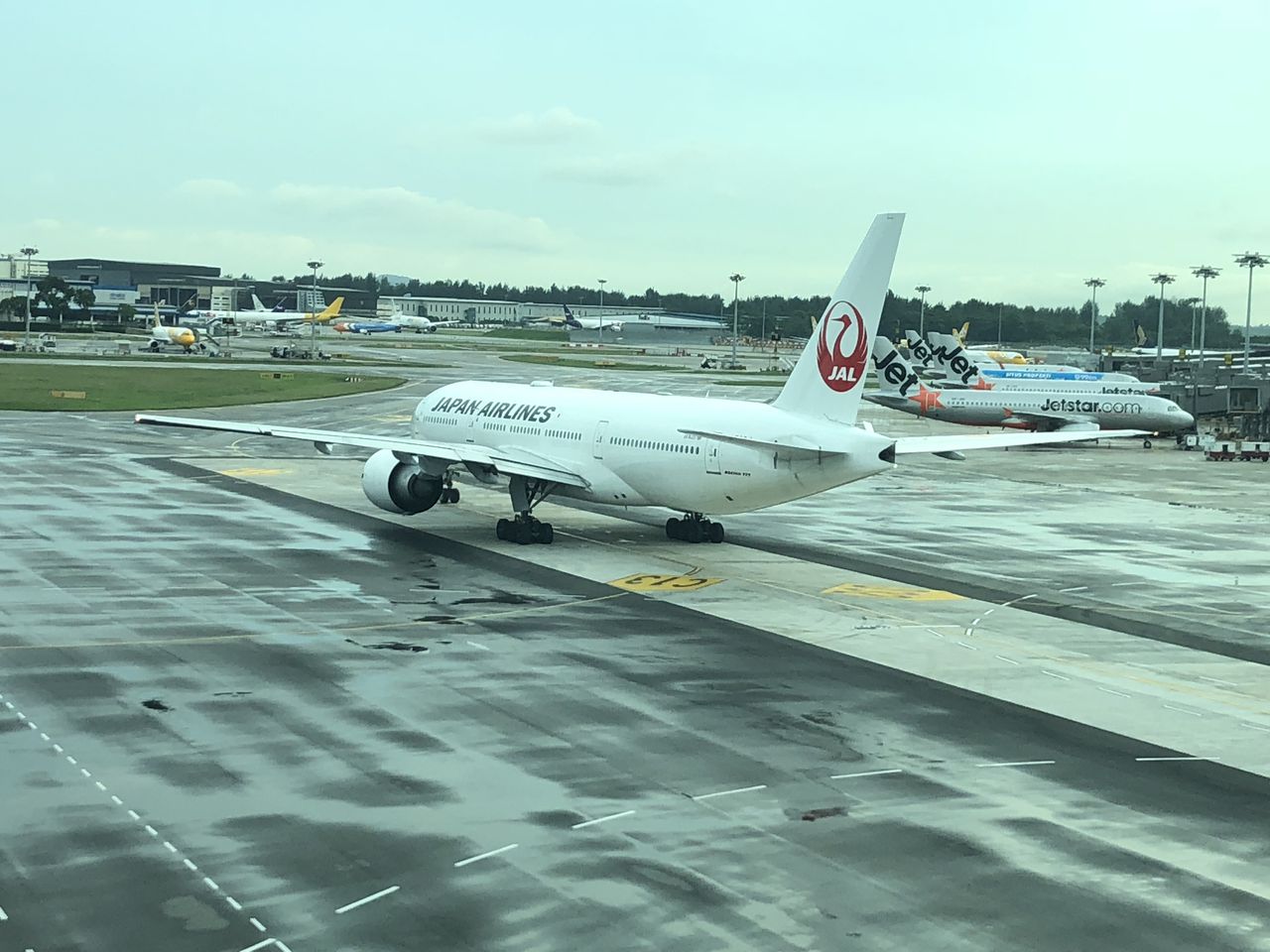 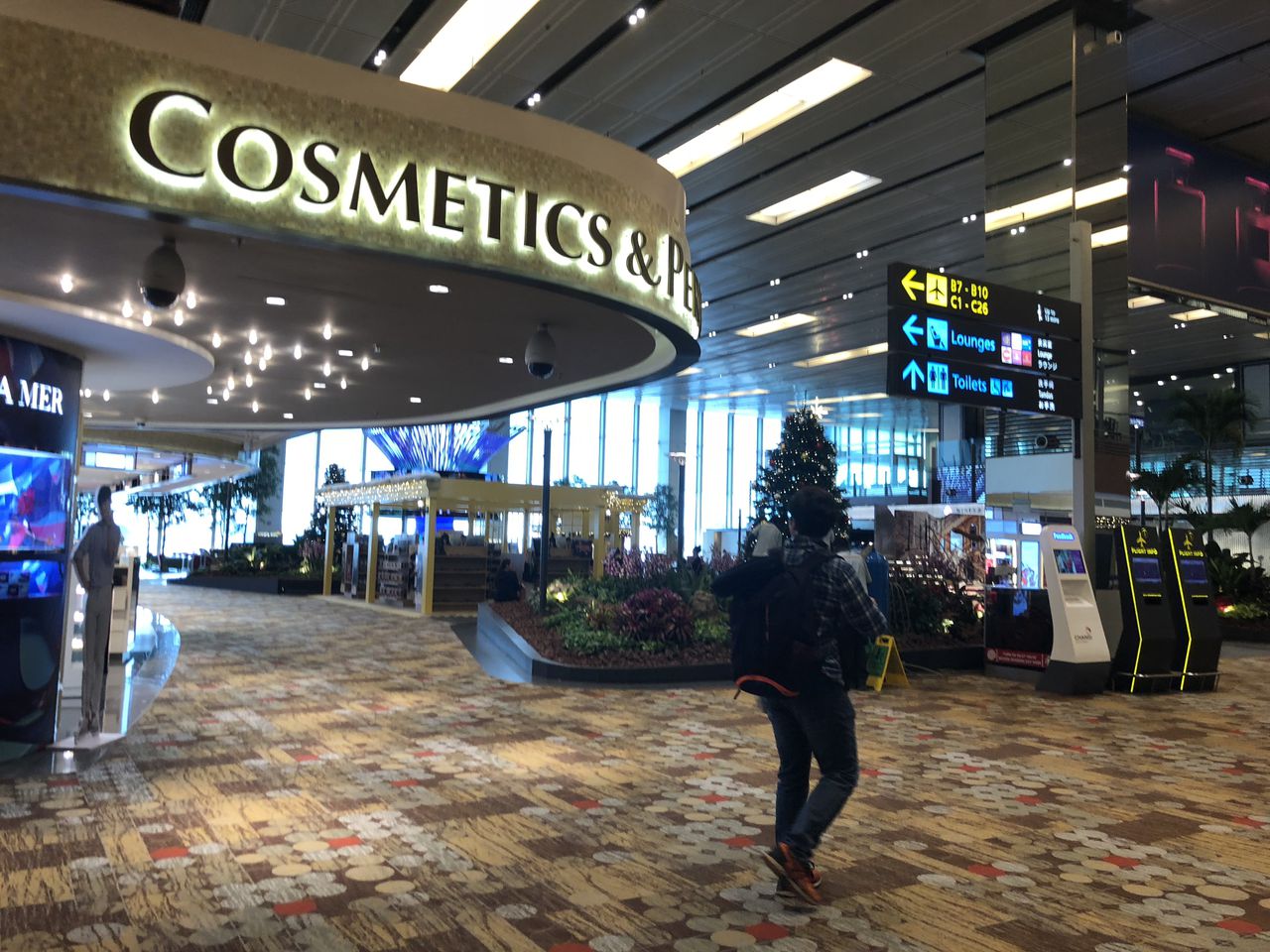 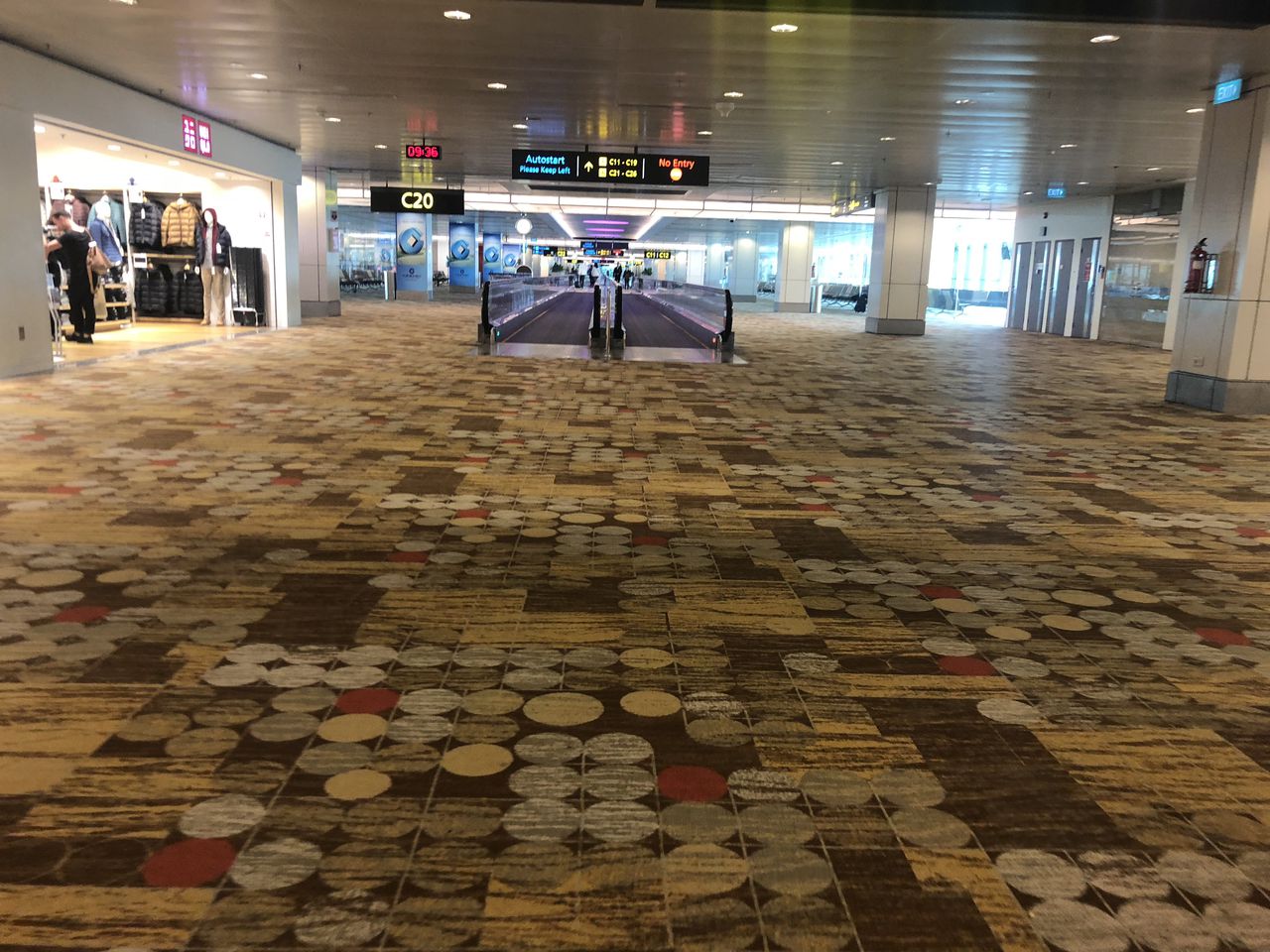 I reached Changi Airport at around 8 in the morning. I must say that after the renovation, T1 looked a lot more beautiful. Check-in had already open and queue was very short with only 2-3 people in front of me. Went to the spotting deck for a short plane spotting session before going through immigration which was fast as usual. Changi airport does have a lot of shops throughout the terminals. After some time I decided to head to the gate. 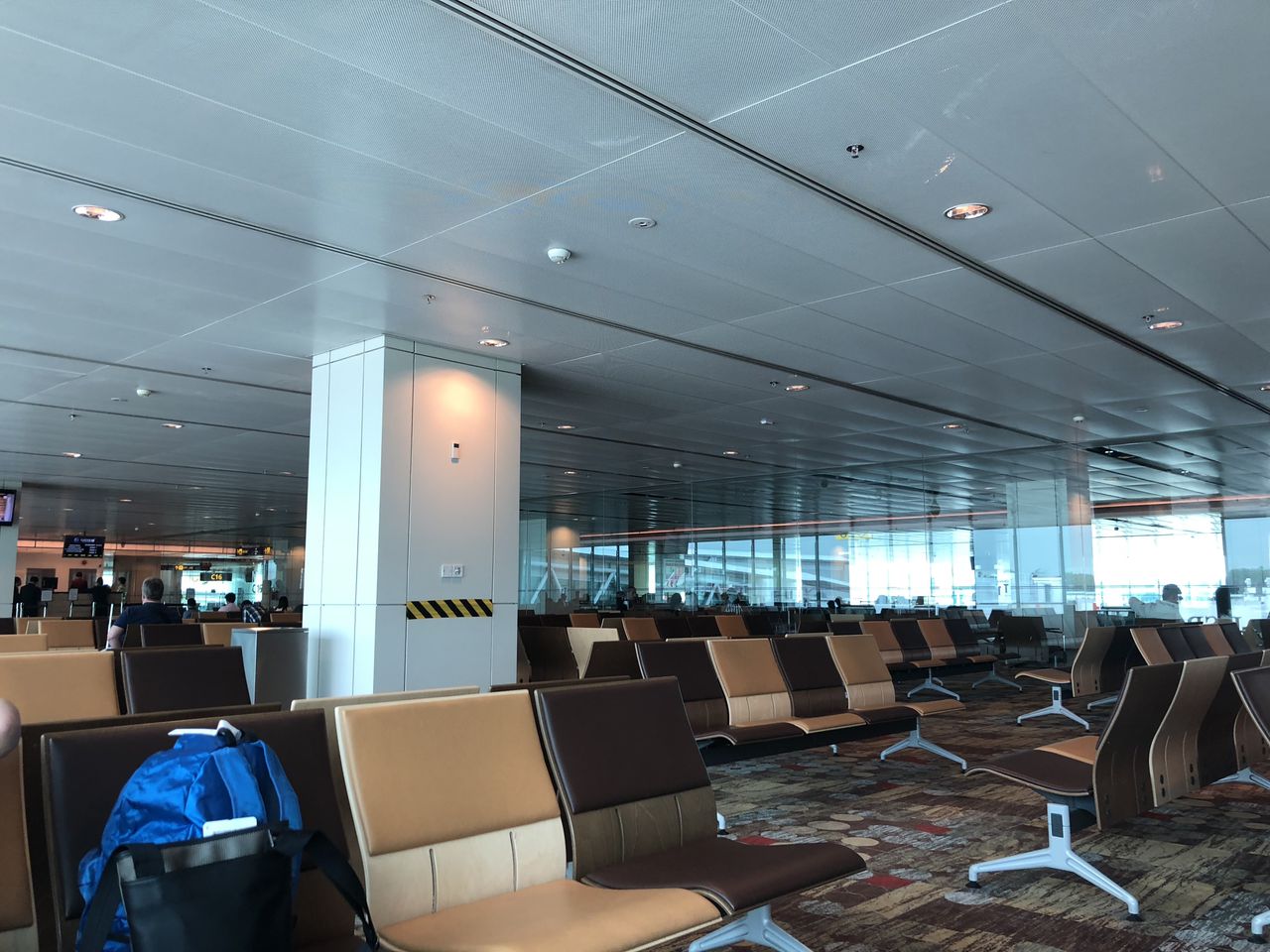 Security check takes place at the gates in Changi T1, T2 and T3. It was slightly slower than clearing passport control but it was still efficient. Don't let the picture fool you though since the gate got a lot more crowded later. Boarding started shortly after in a orderly fashion (sort of). 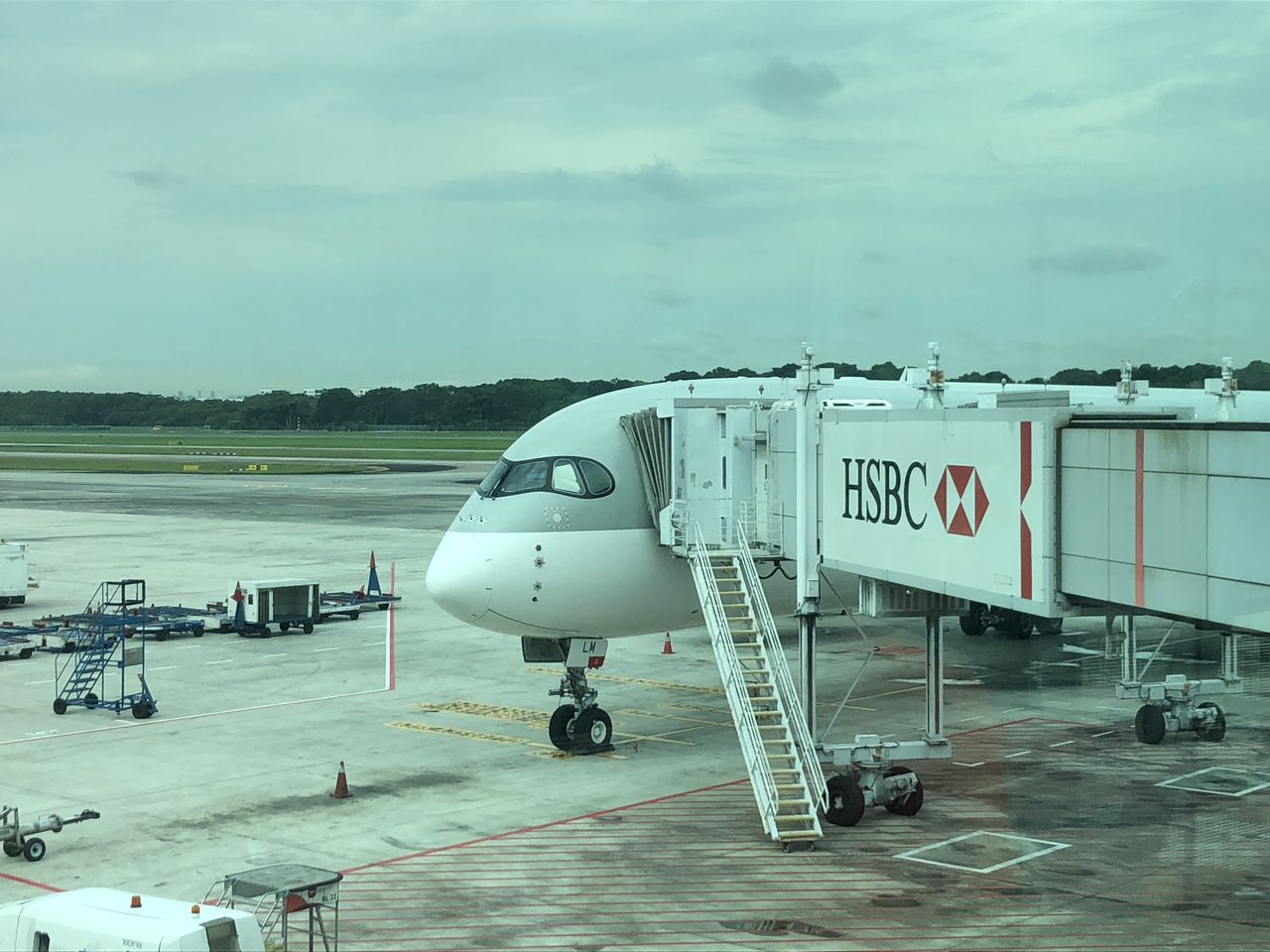 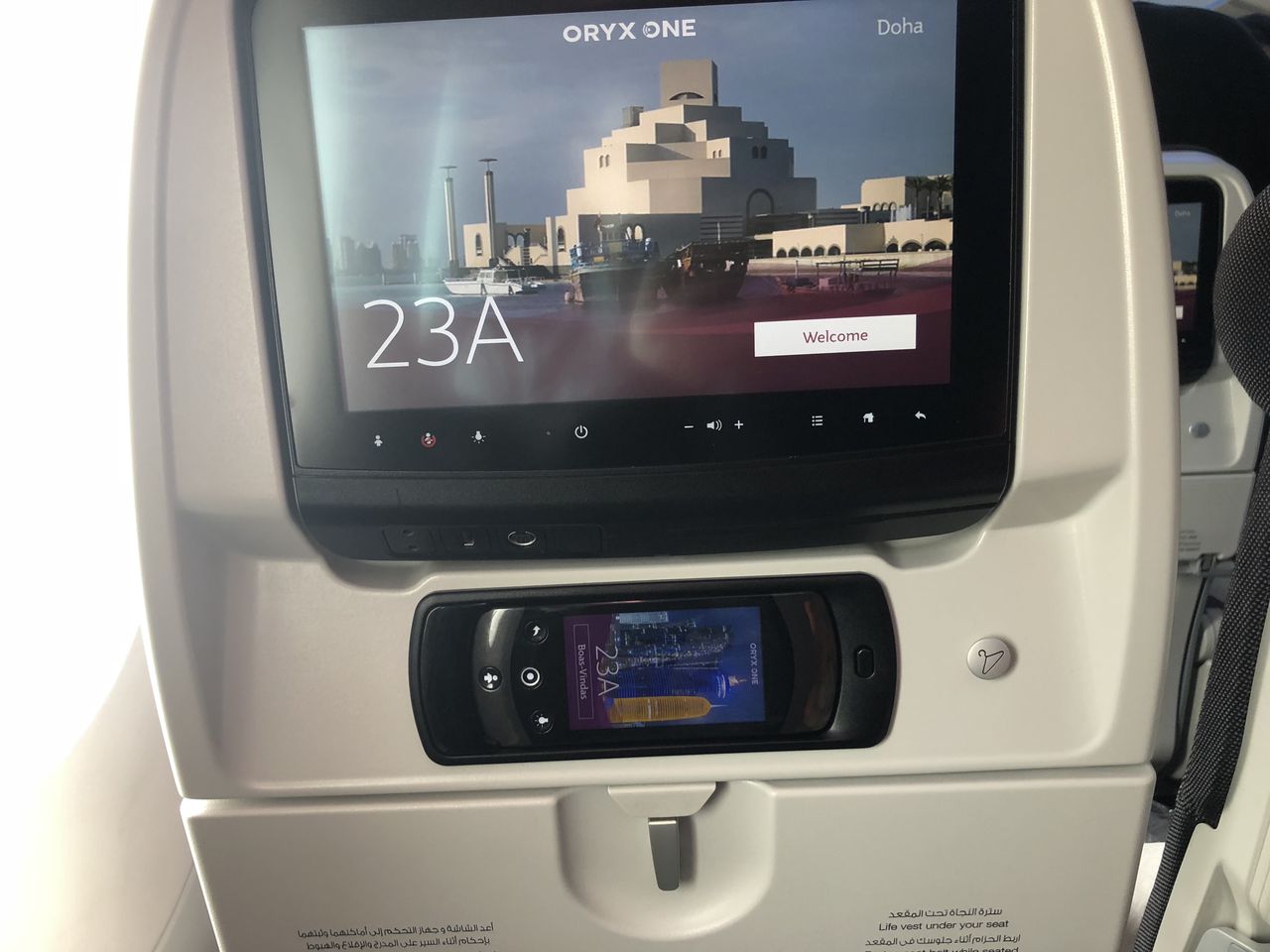 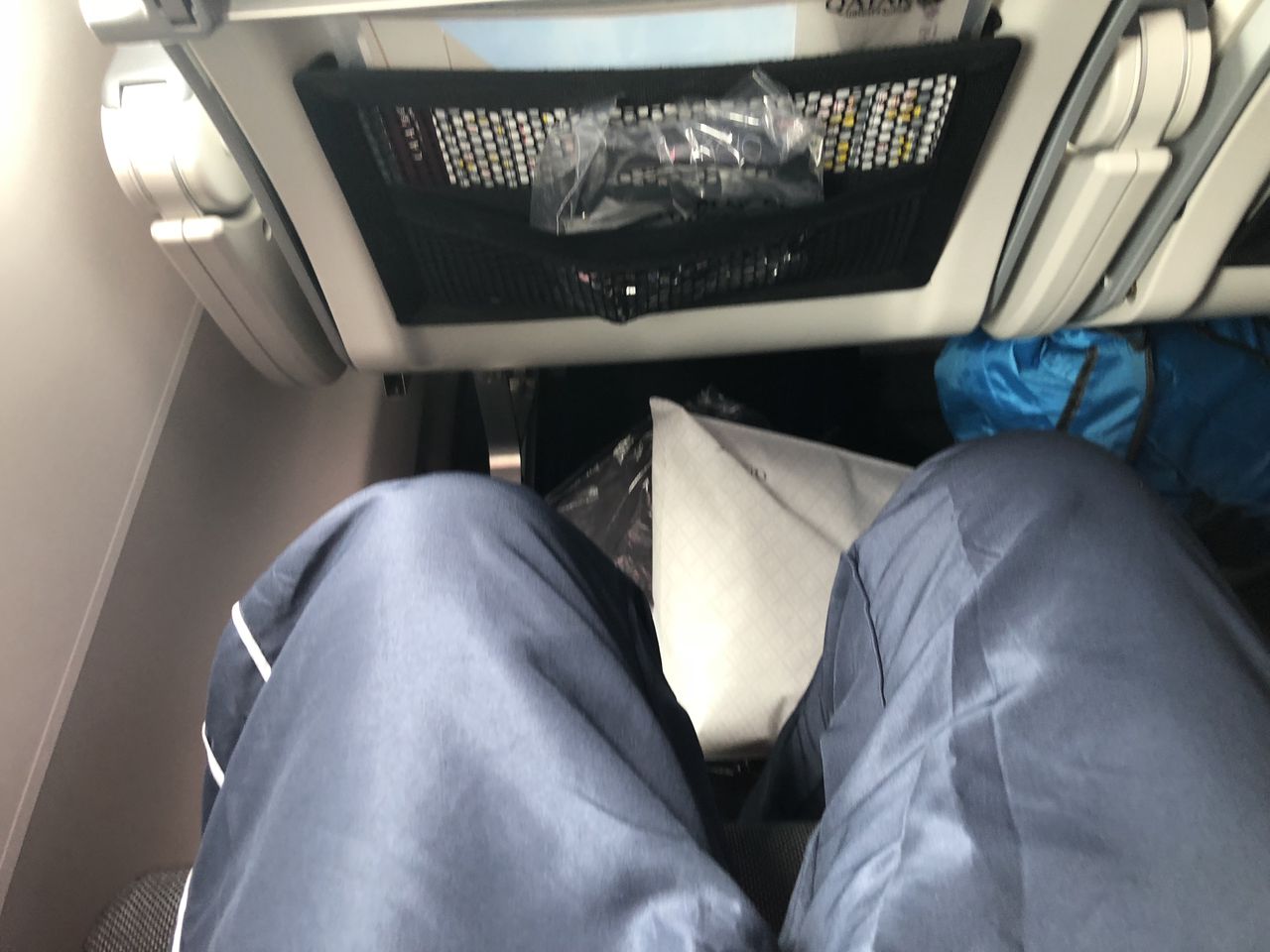 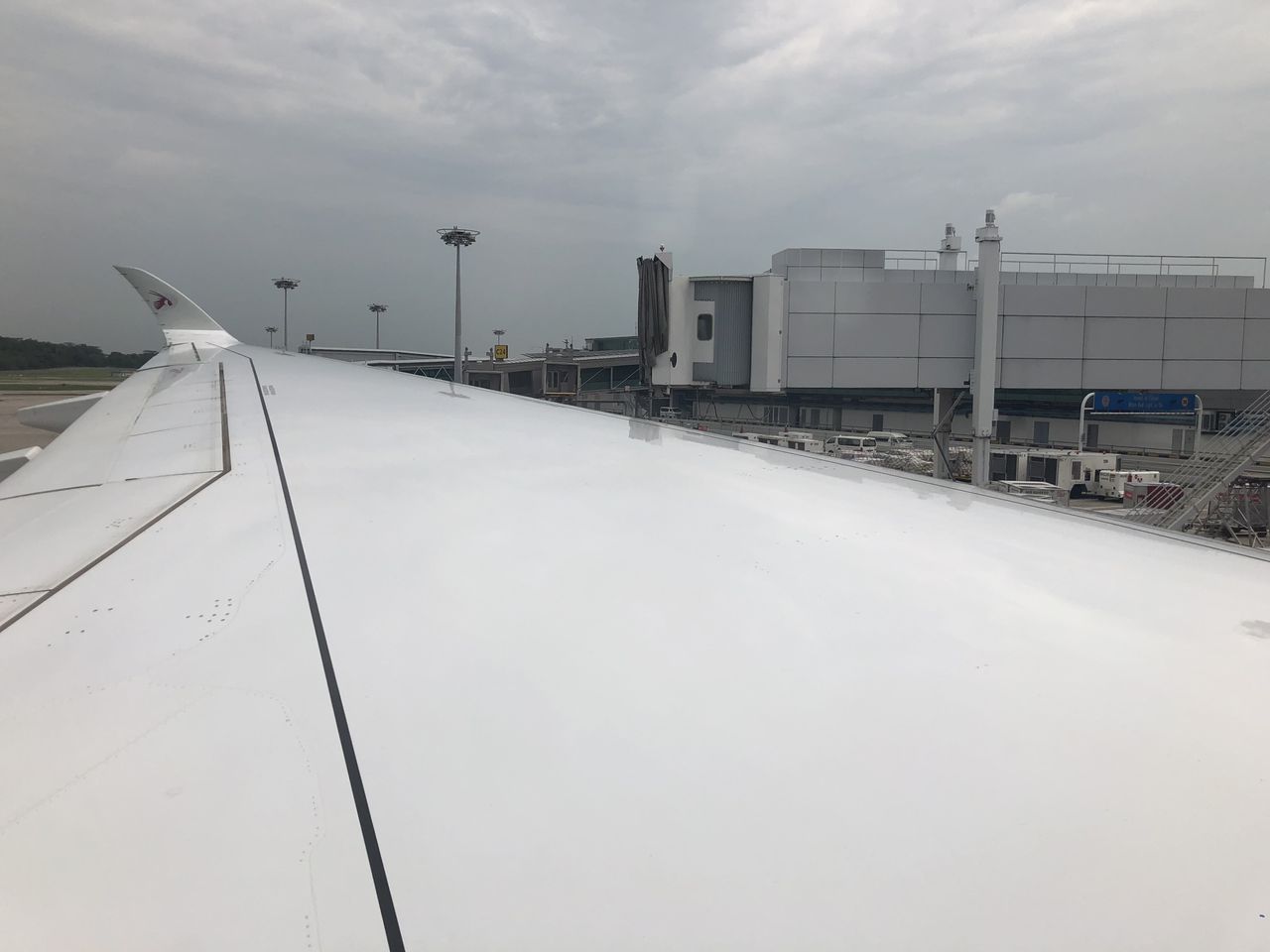 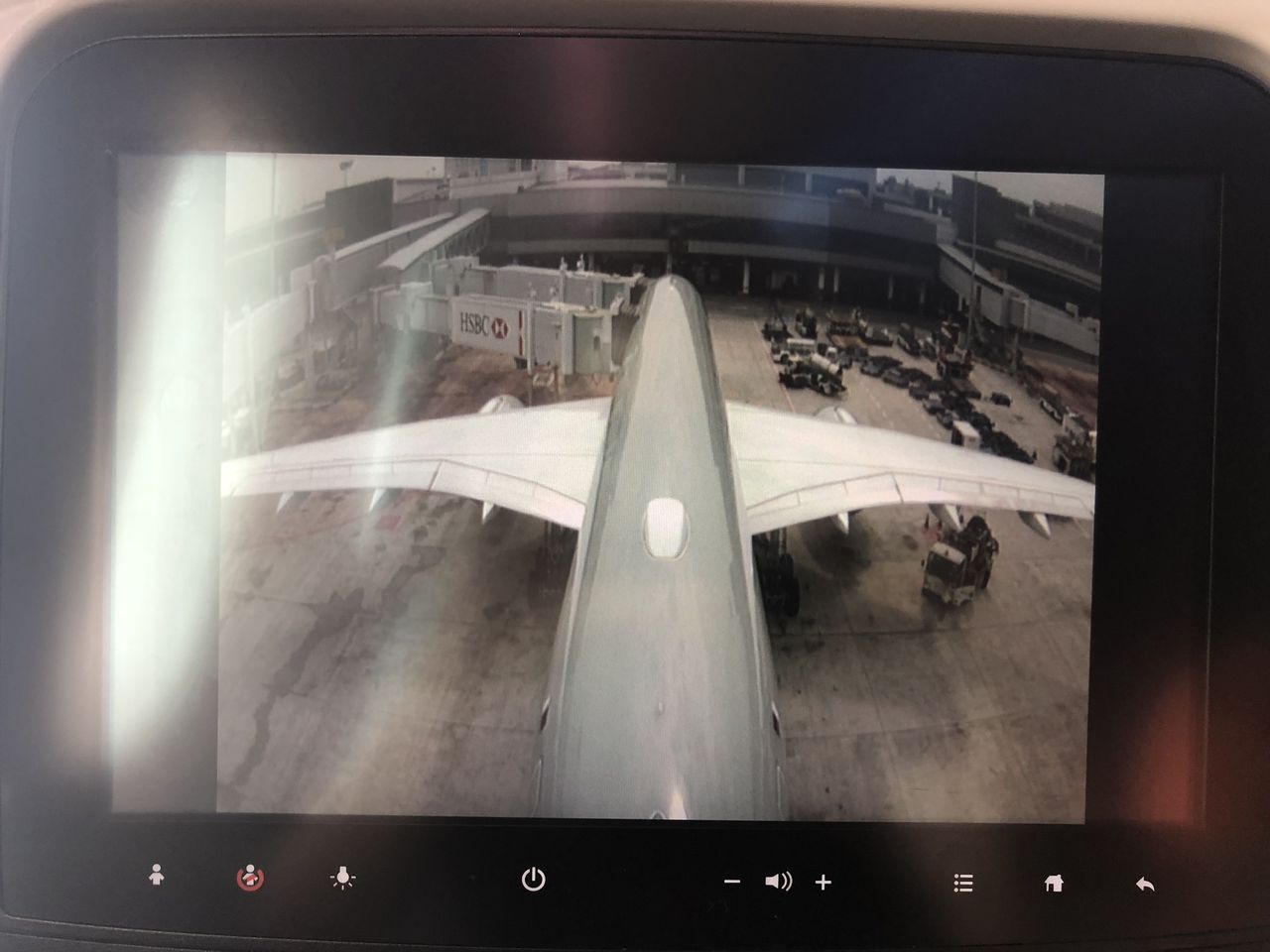 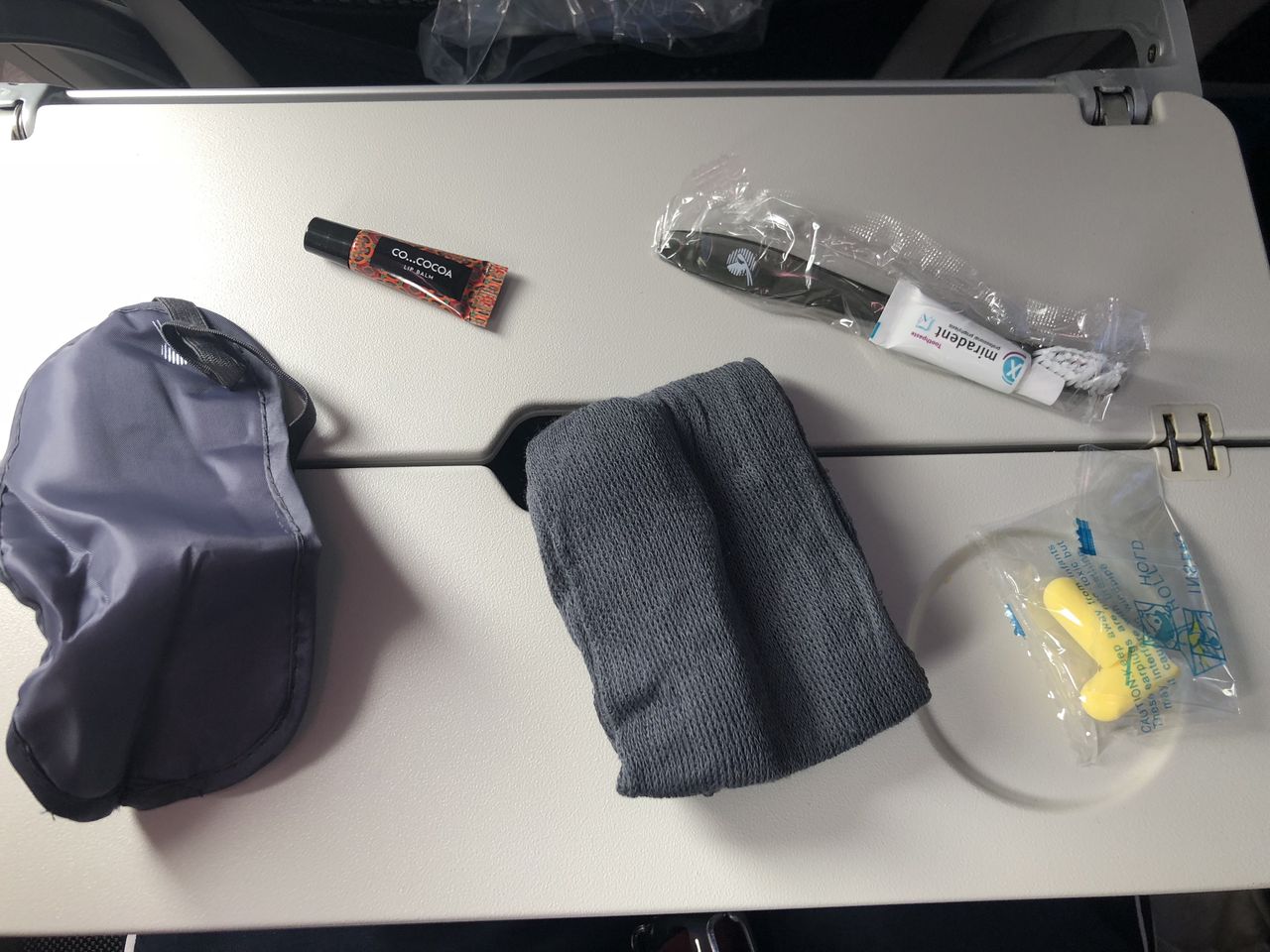 Boarding the A350 for the first time and I must say the cabin does seem very wide and the overhead compartments is extremely spacious! The rear camera view on A350 is also a nice feature. Pillows and blanket were already at the seat. Amenity kit and wet towels were given out. In the amenity kit there is eyeshade, ear plugs, socks, toothbrush set. The ear plugs do work pretty well and helps you sleep during the flight. The seat was pretty comfortable and the adjustable headrest does help you sleep better. However the handset on my seat was broken and while i could take it out and use it, I could not stow it back.

Check out the time lapse of the takeoff here 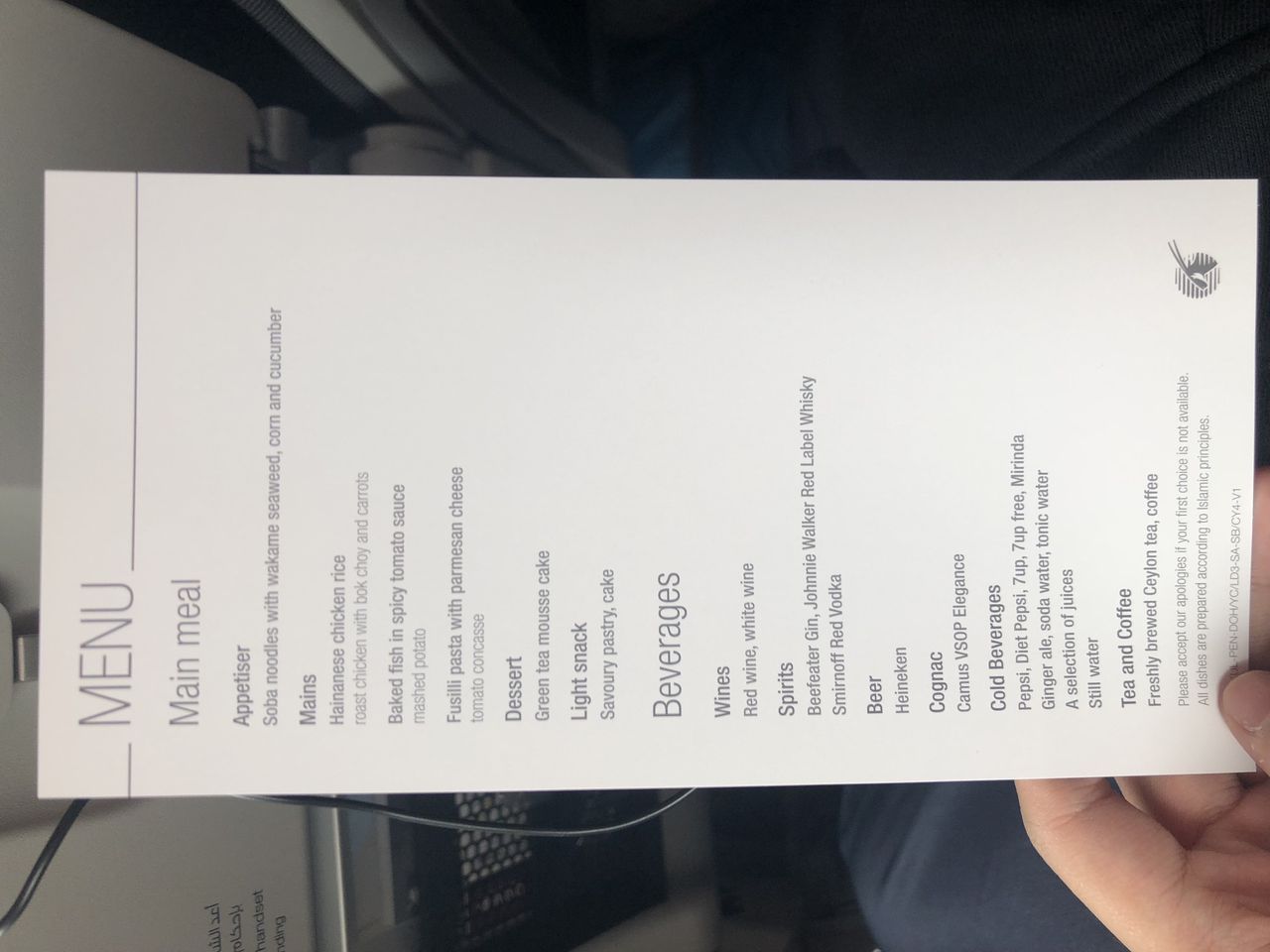 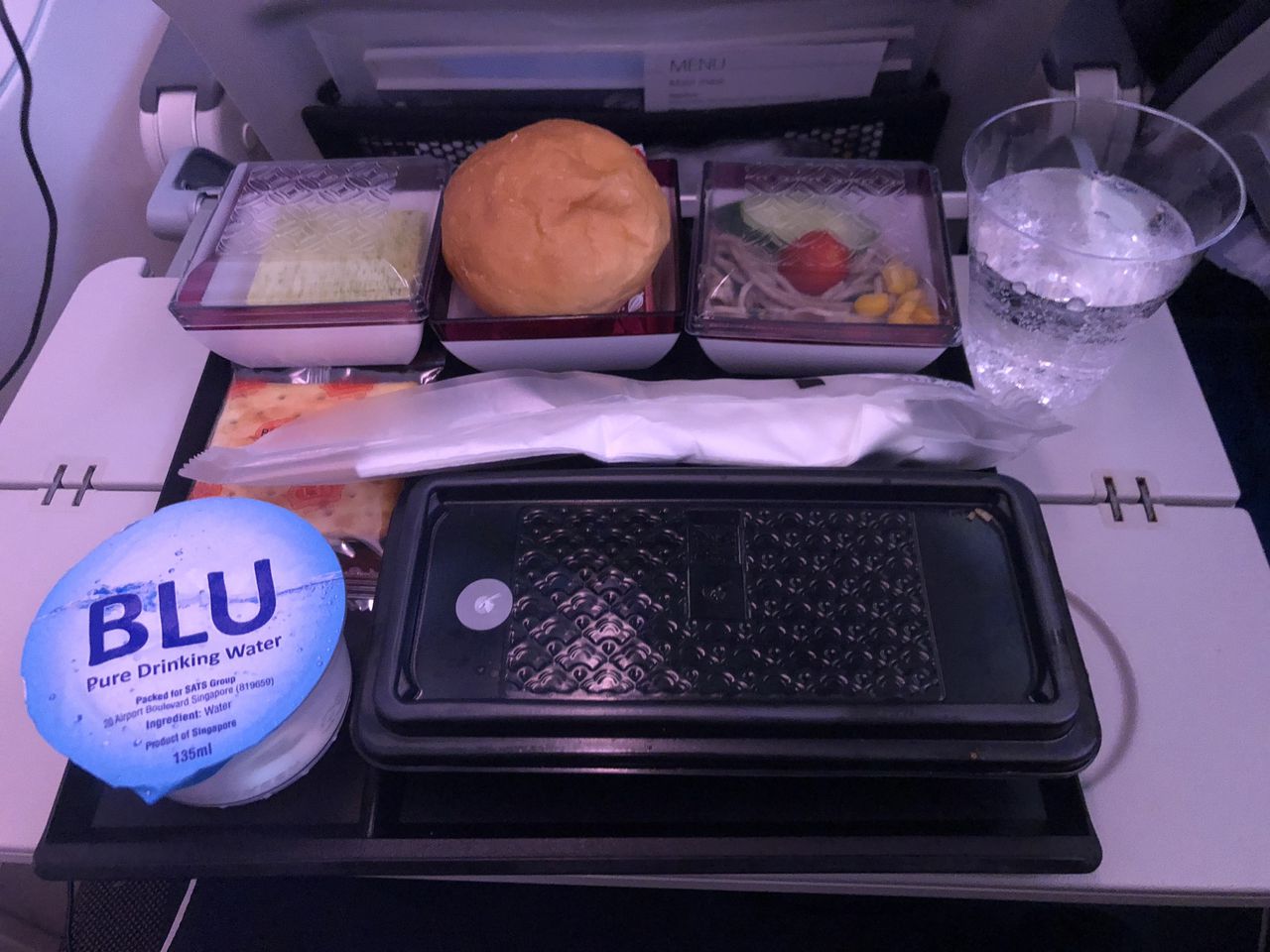 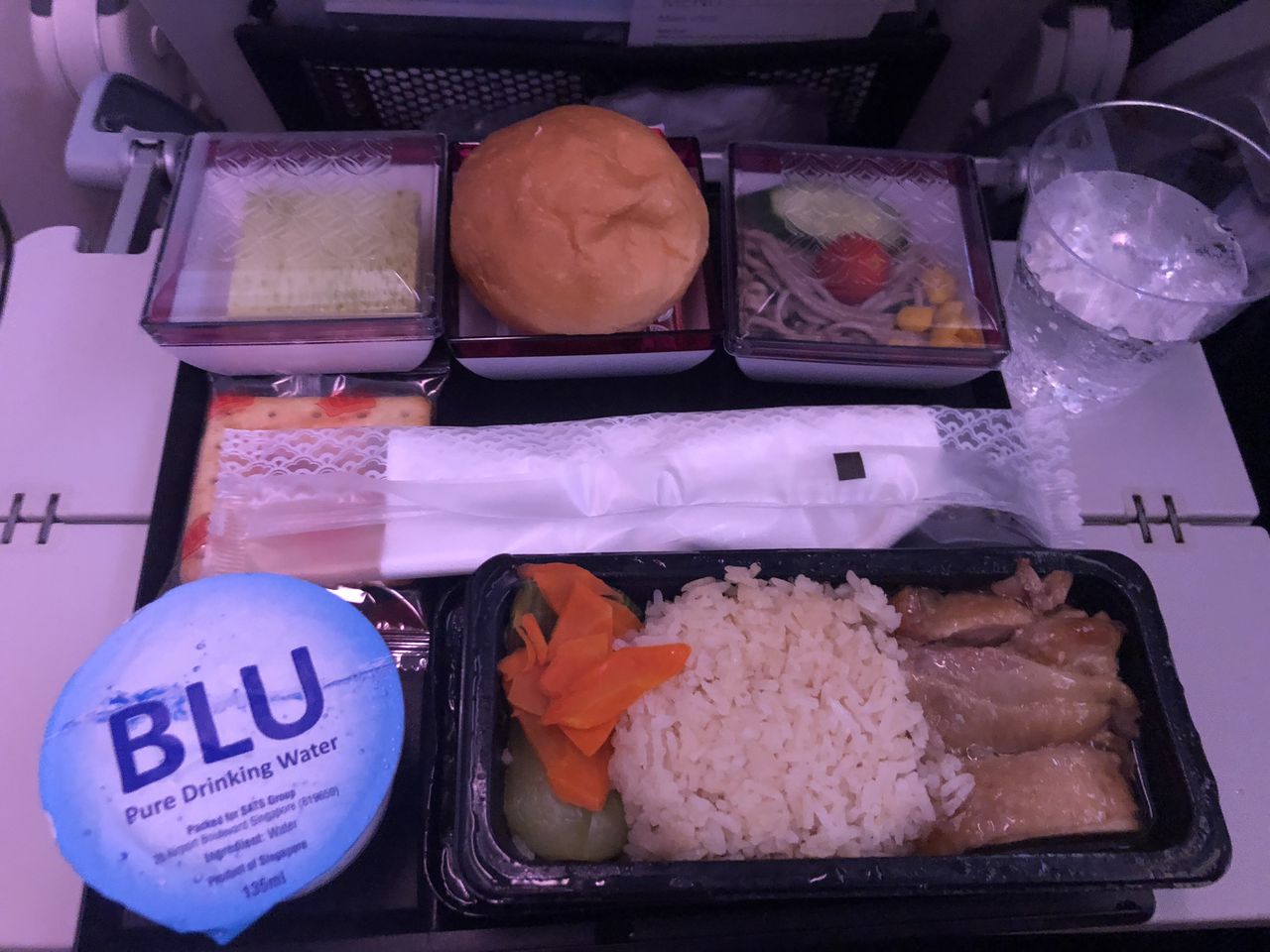 Shortly after takeoff, menus were distributed. I choose the chicken rice option. The meal was surprisingly tasty although the rice was tasteless as compared to the ones found on the ground in Singapore. The green tea in the cake provided a unique taste to the cake. All in all the meal was pretty delicious by airplane standard. 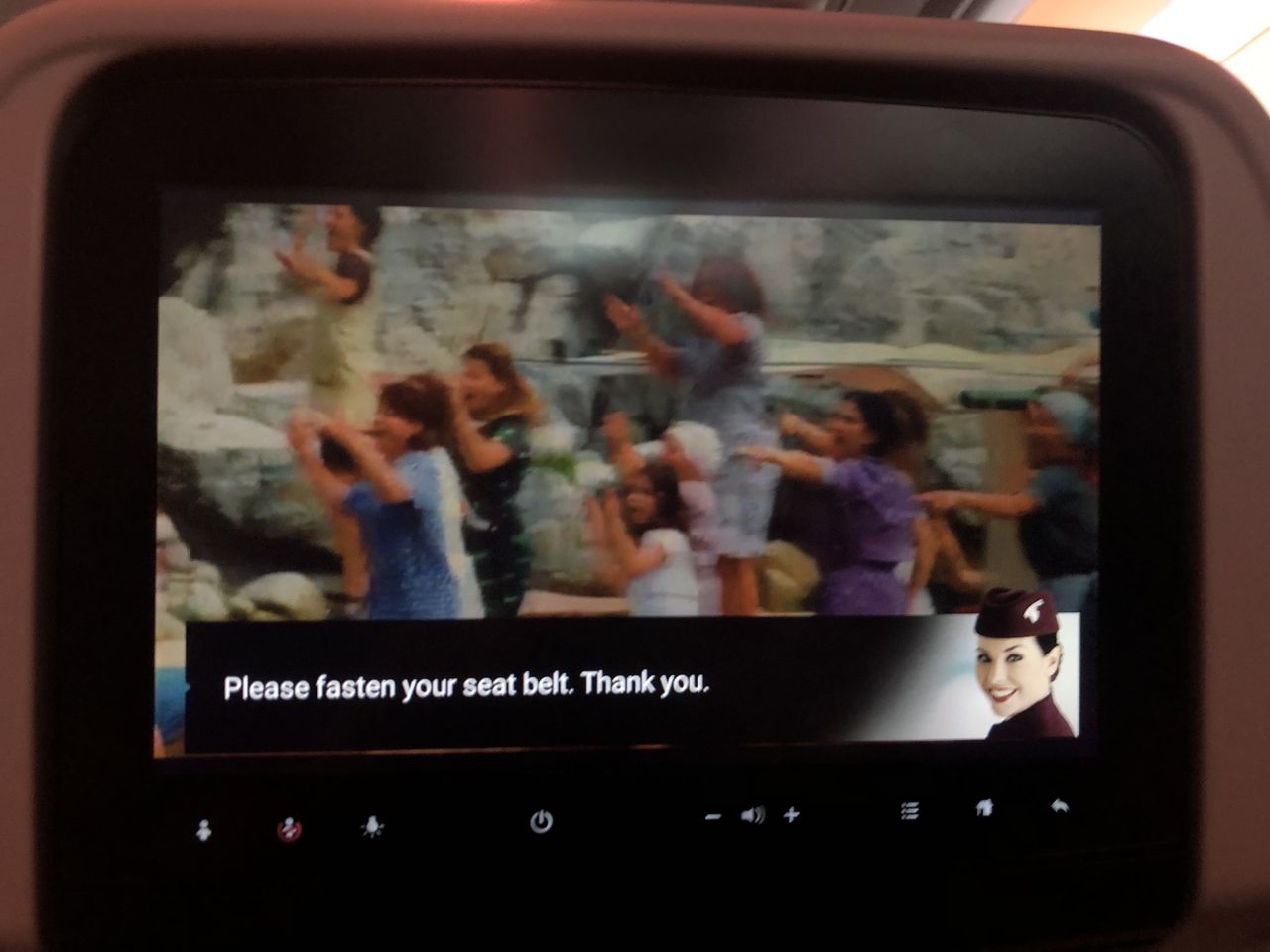 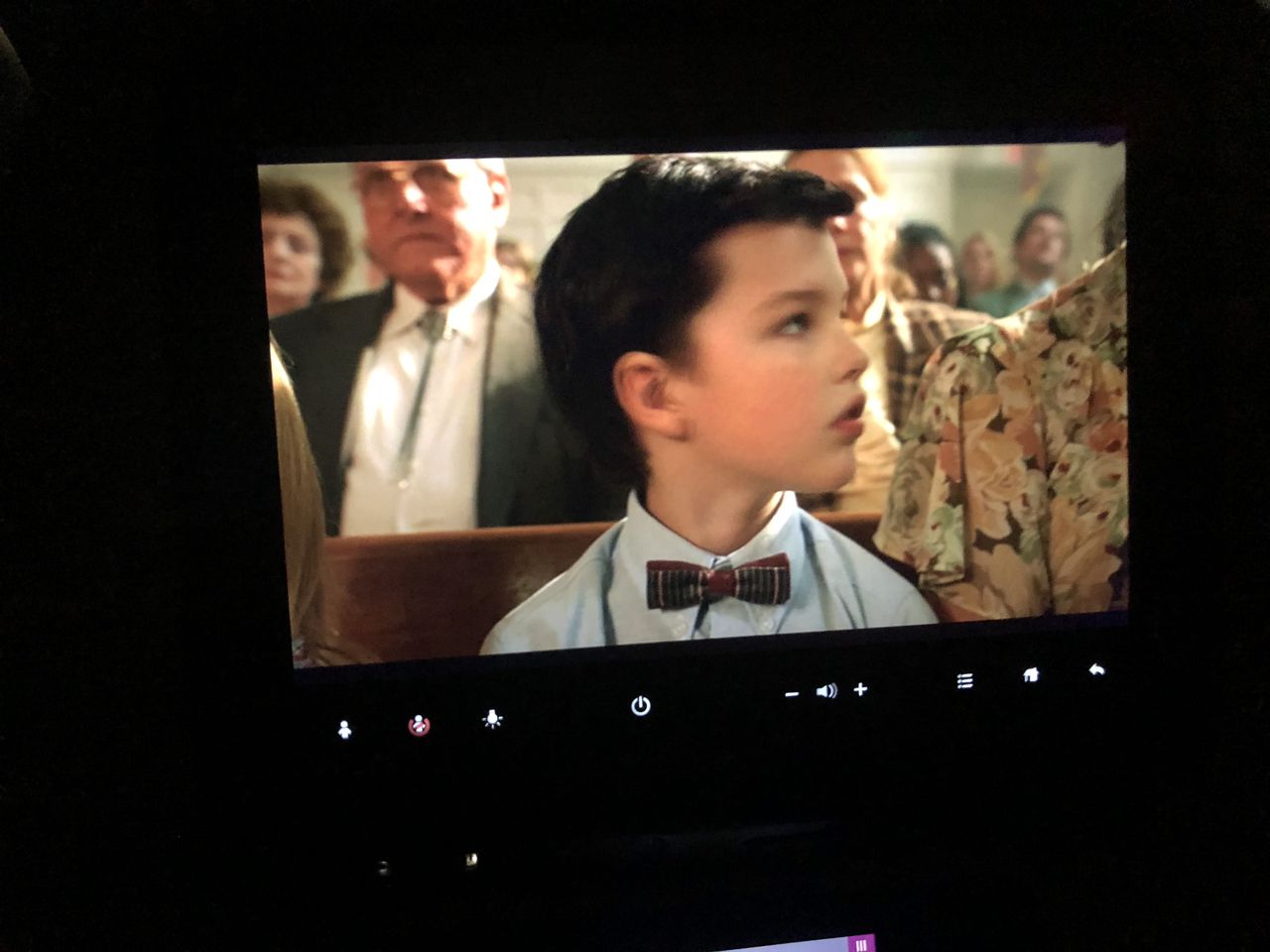 The Orxy One entertainment system has a wide selection of movies and TV, including movies released this years such as Mamma Mia and Jurassic world. The TV selection was slightly less than the movies but still has popular shows such as young Sheldon and the big bang theory. The screen was also very responsive. 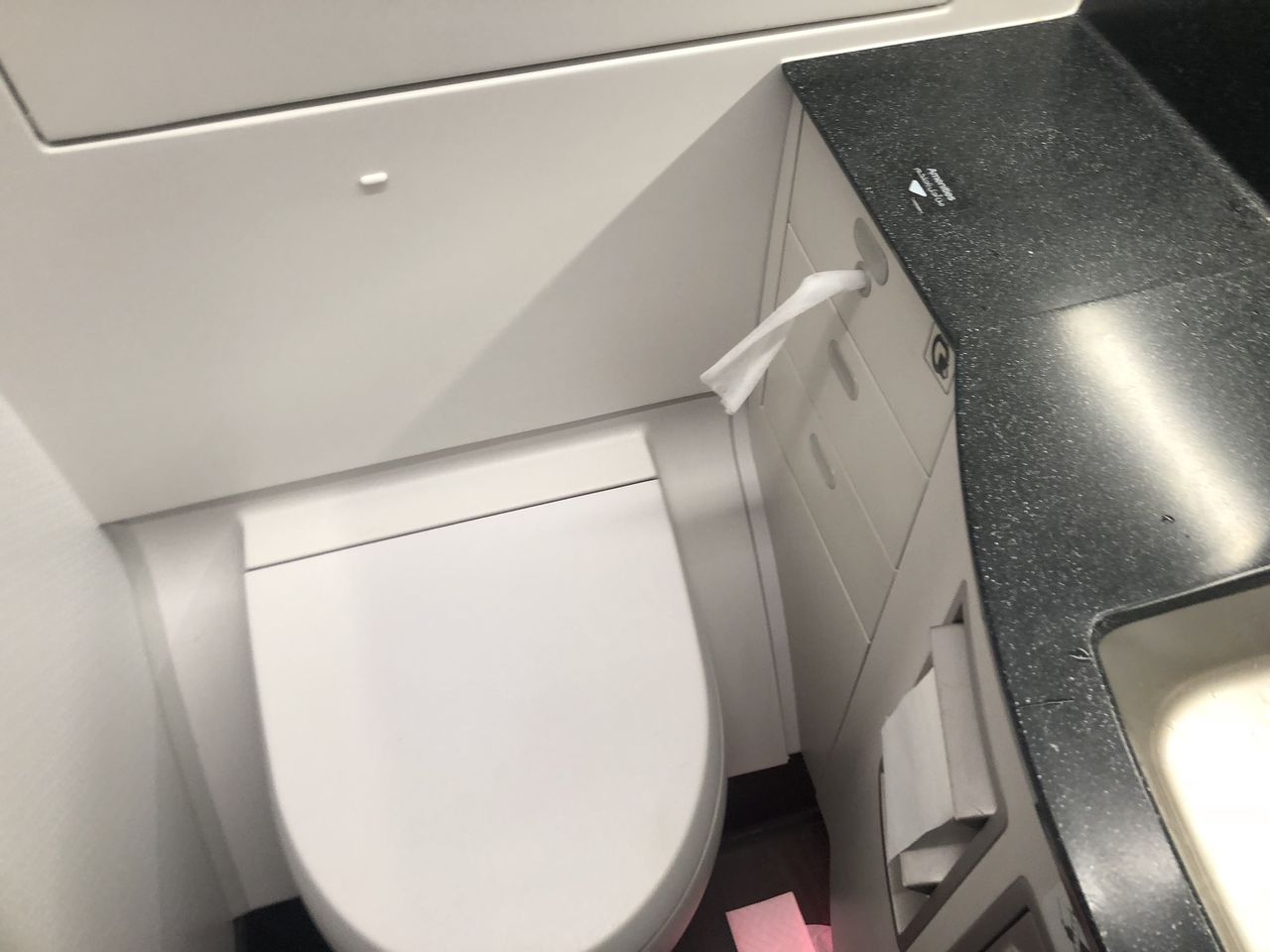 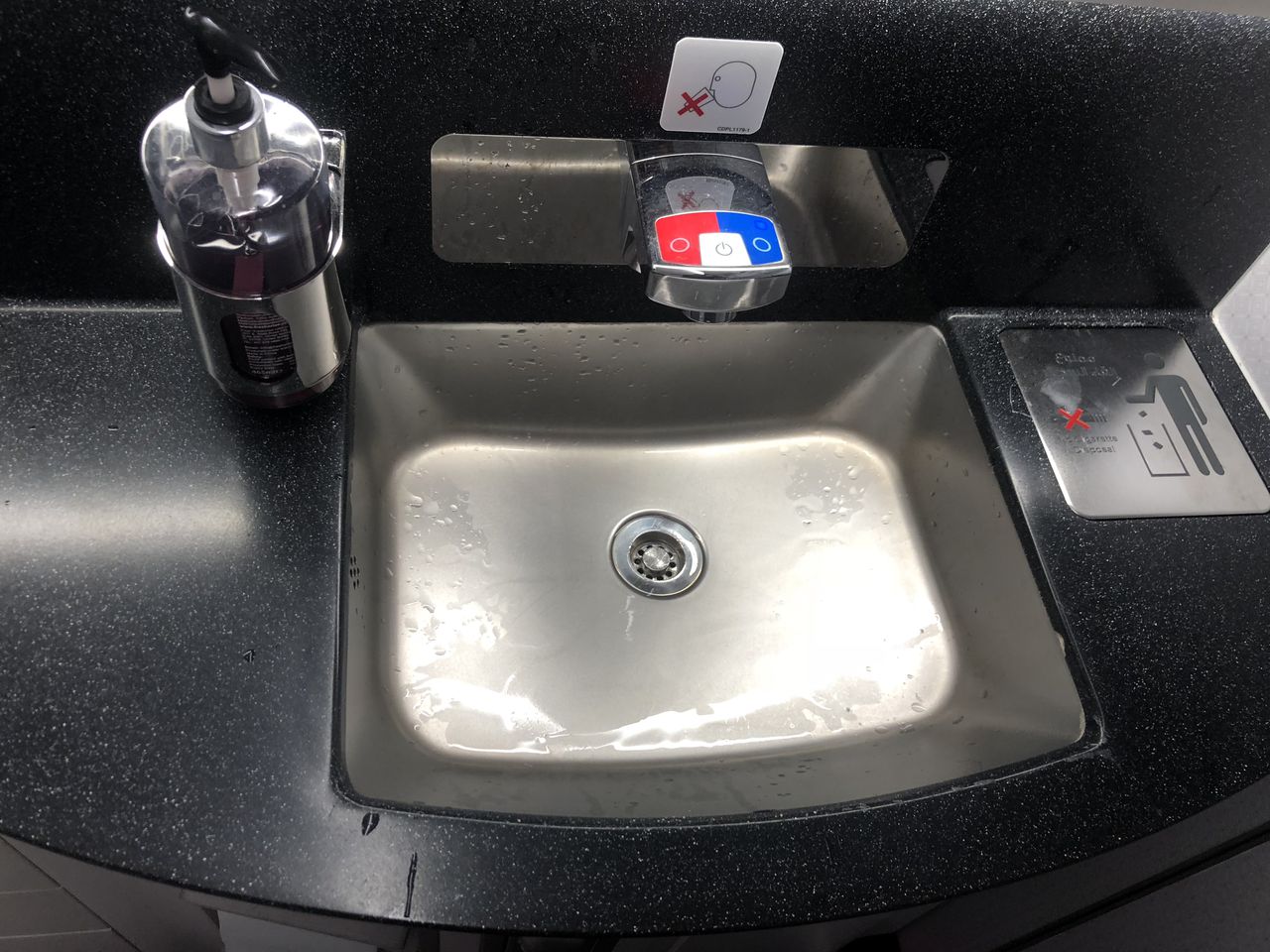 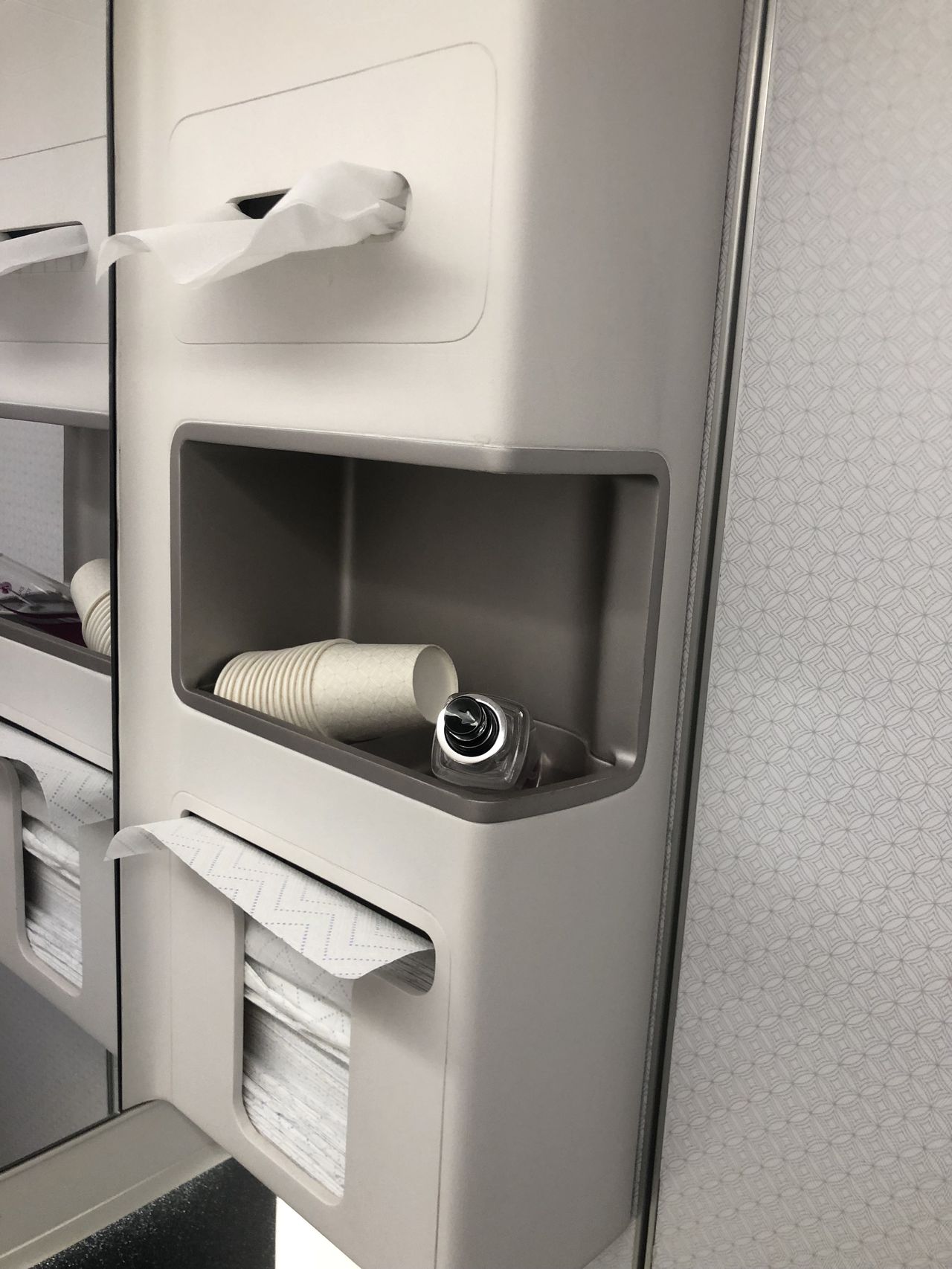 Checking out the toilet in flight. I really like the wooden flooring and mood lighting on the floor. The toilet was kept clean although some amenities has fallen over but since we encountered some turbulence on the way it was understandable. 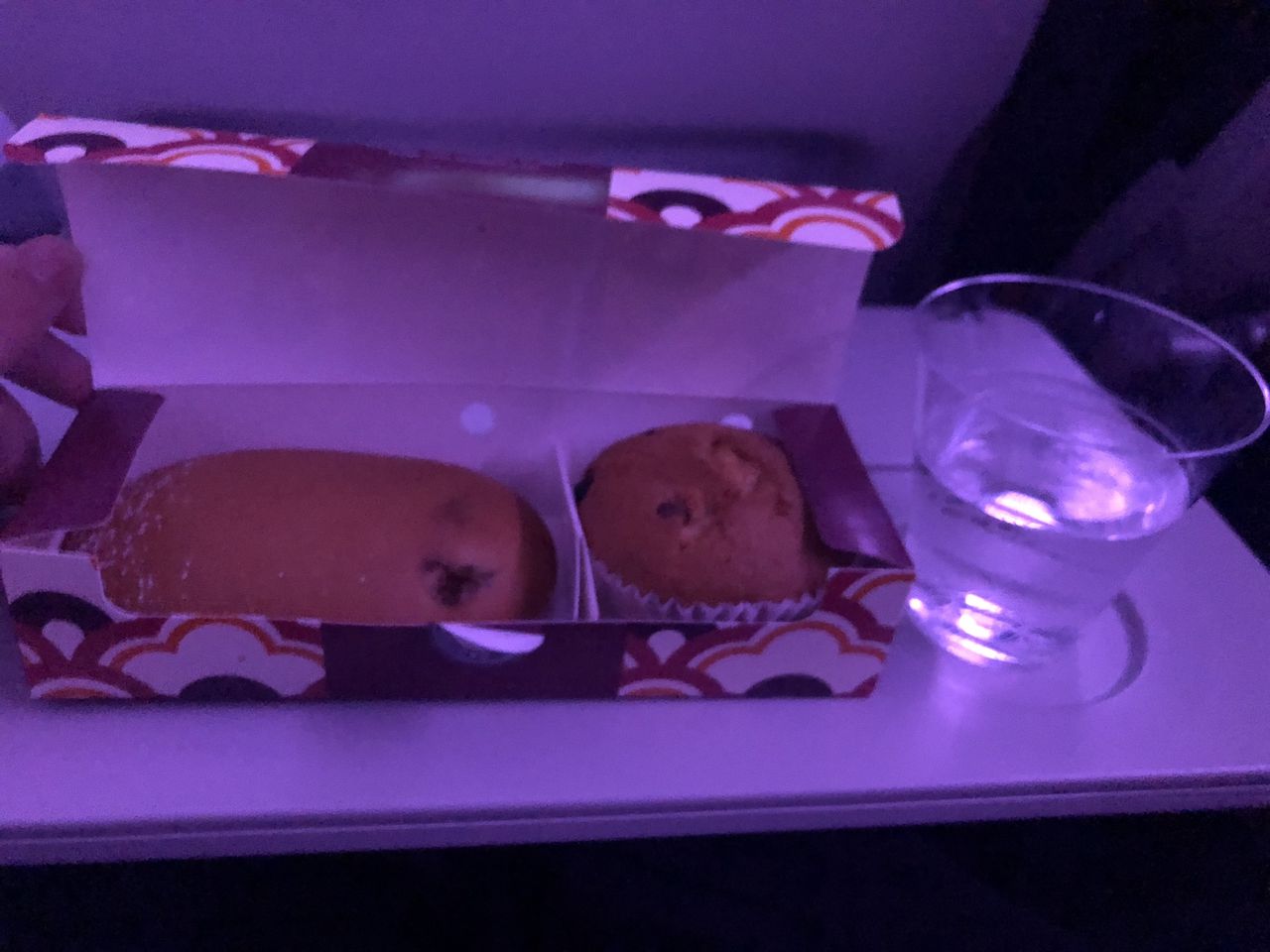 Around 2 hours before landing a snack service was conducted. It consisted of a muffin and I think it was a chicken puff. The snack box smells very nice and the muffin was sweet and delicious. The chicken puff however was a bit tasteless. One thing that stood out to me was how warm the snack is which was incredible considering this was 6-7 hours since it was loaded onto the aircraft. It was appreciated and much better than the cold sandwich ANA serves on flights between Singapore and Japan. 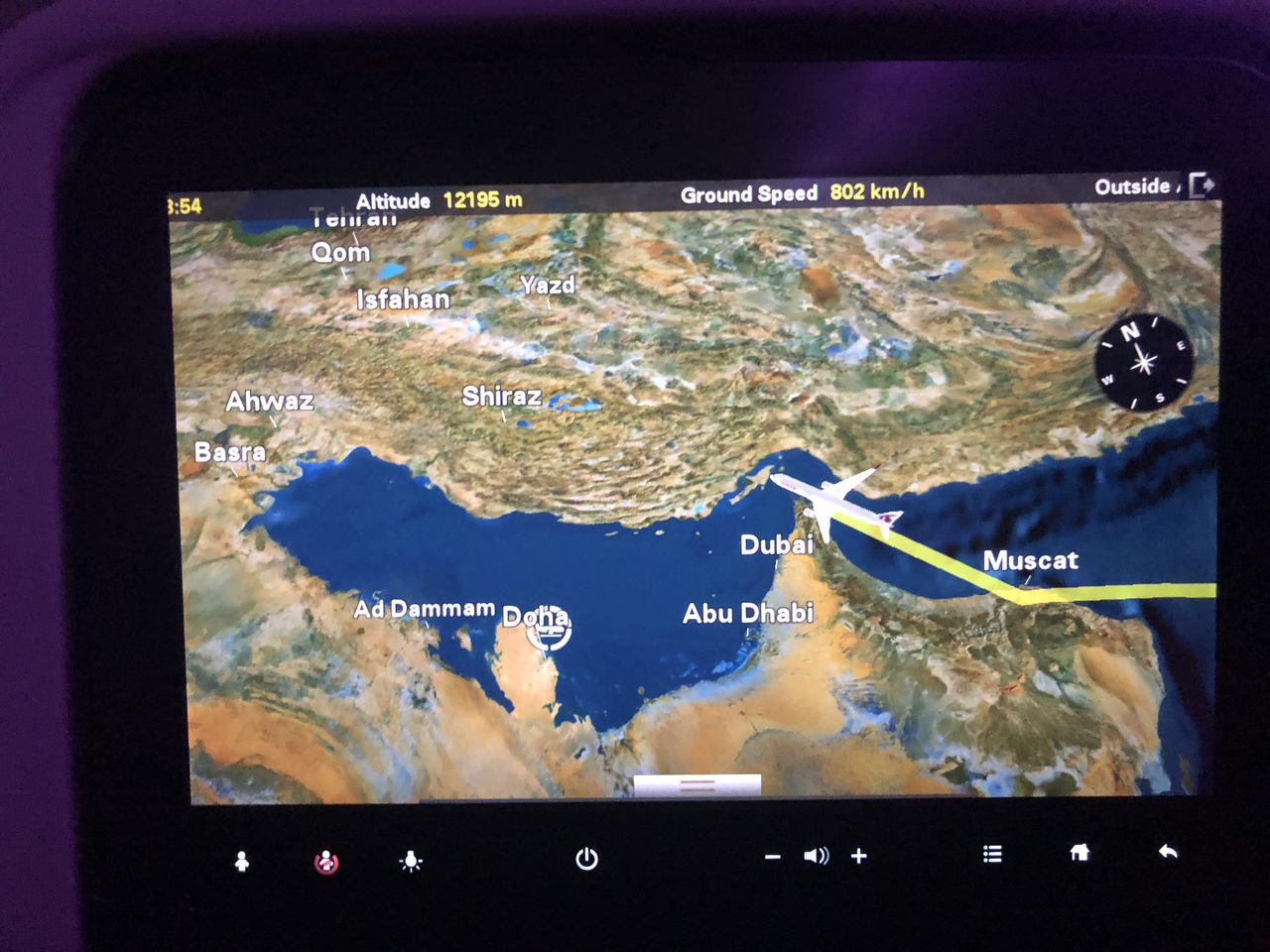 Making a detour because of the blockade.

Check out the time lapse of the landing here. 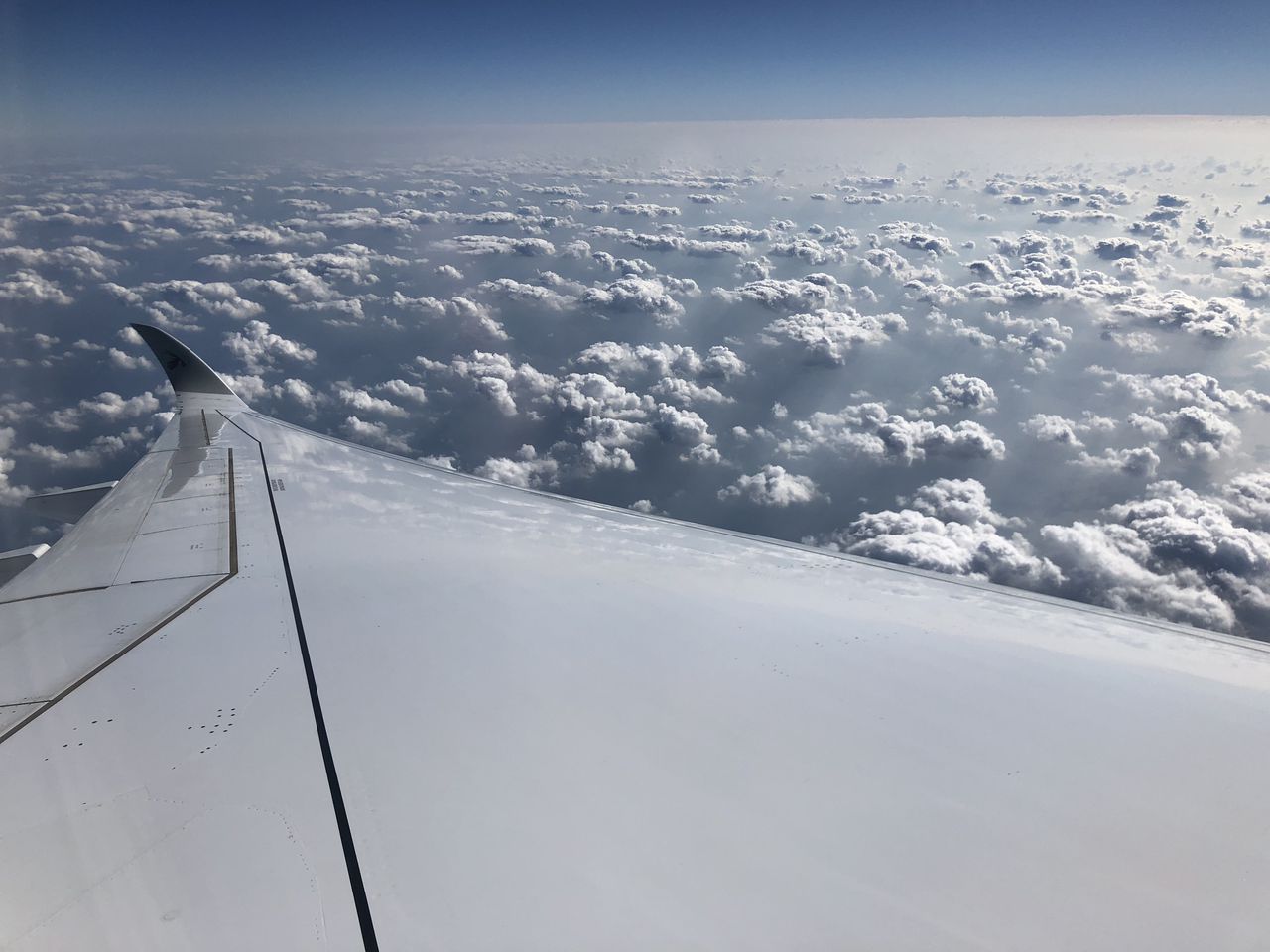 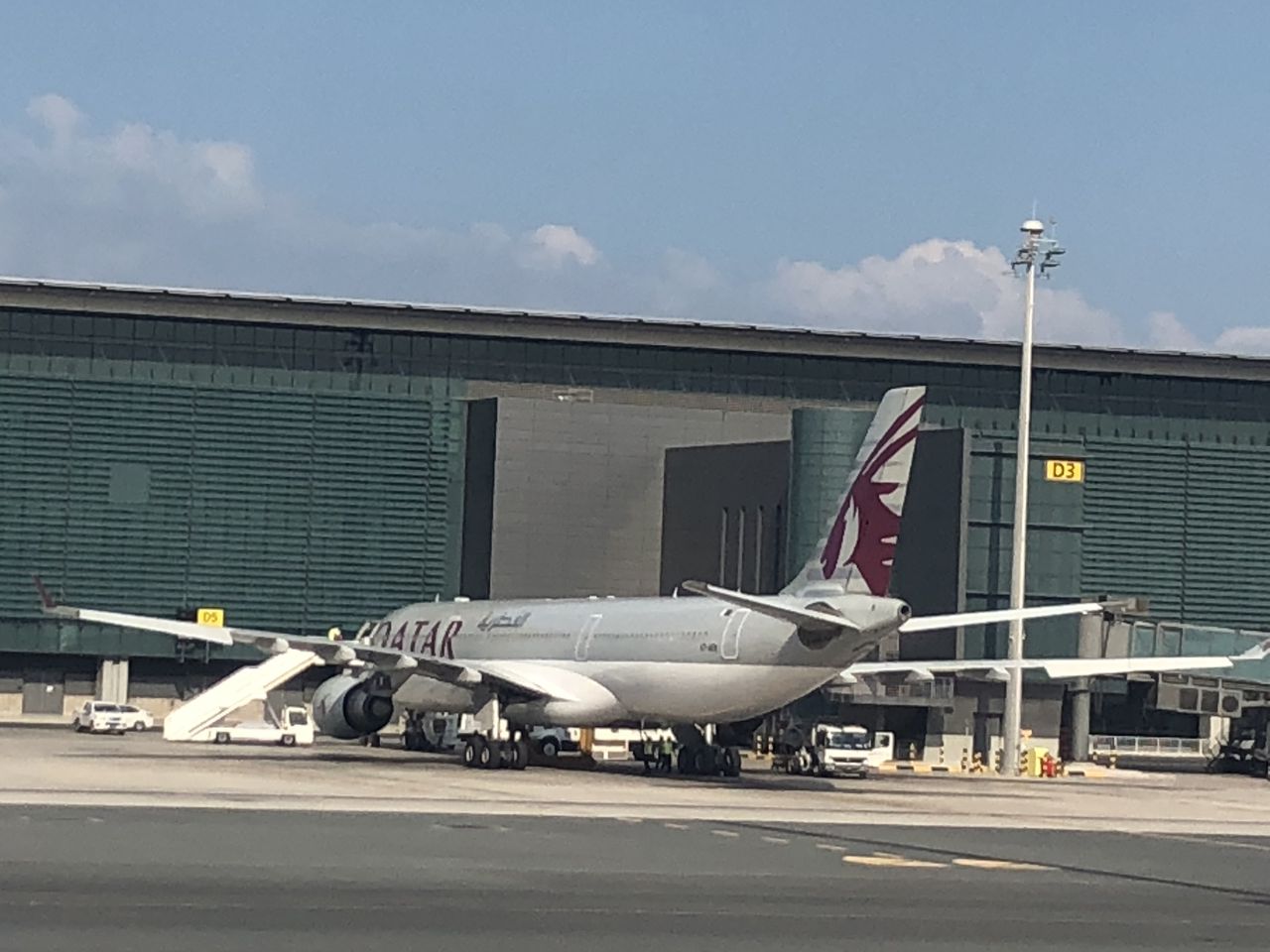 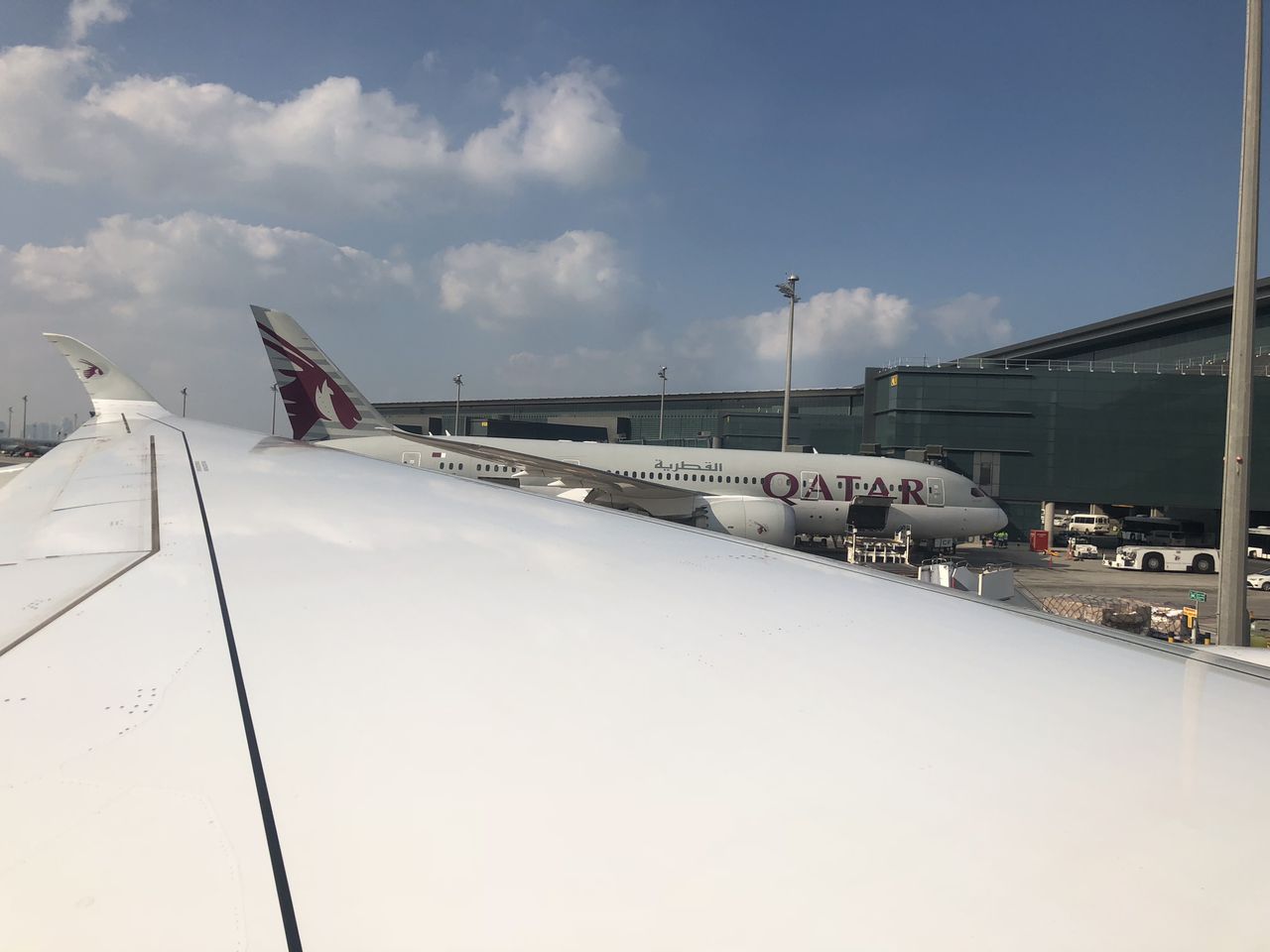 Very shortly after the snack, descent and landing started. We arrived in Doha on time.
See more

The flight was pretty enjoyable and the meal served were in general quite delicious. The entertainment system has a very wide selection and kept me entertained for most of the flight. The cabin crew however seem less enthusiastic than other airlines and were rather robotic.

The contributors of Flight-Report published 12 reviews of 1 airlines on the route Singapore (SIN) → Doha (DOH).

The average flight time is 7 hours and 38 minutes.