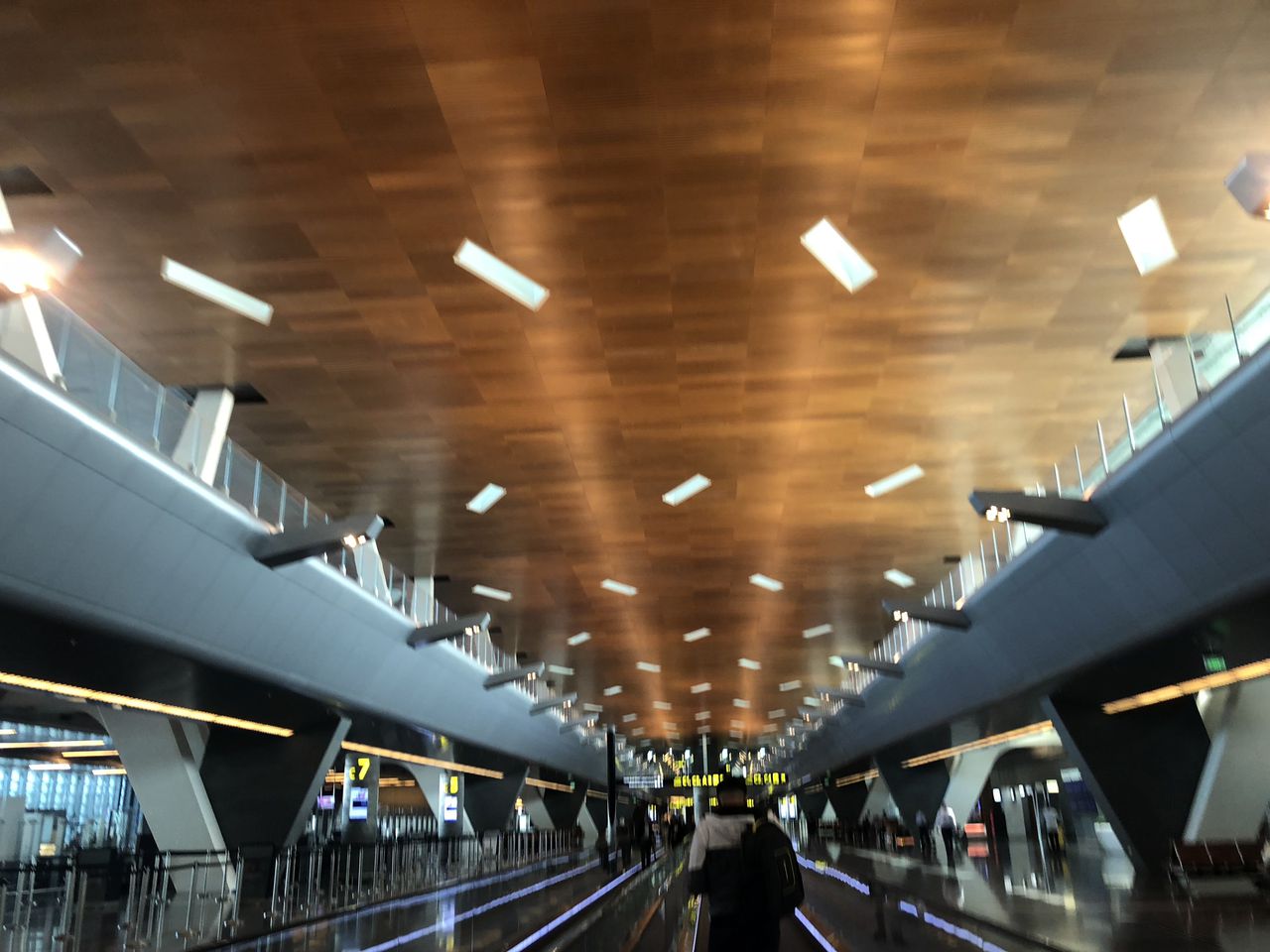 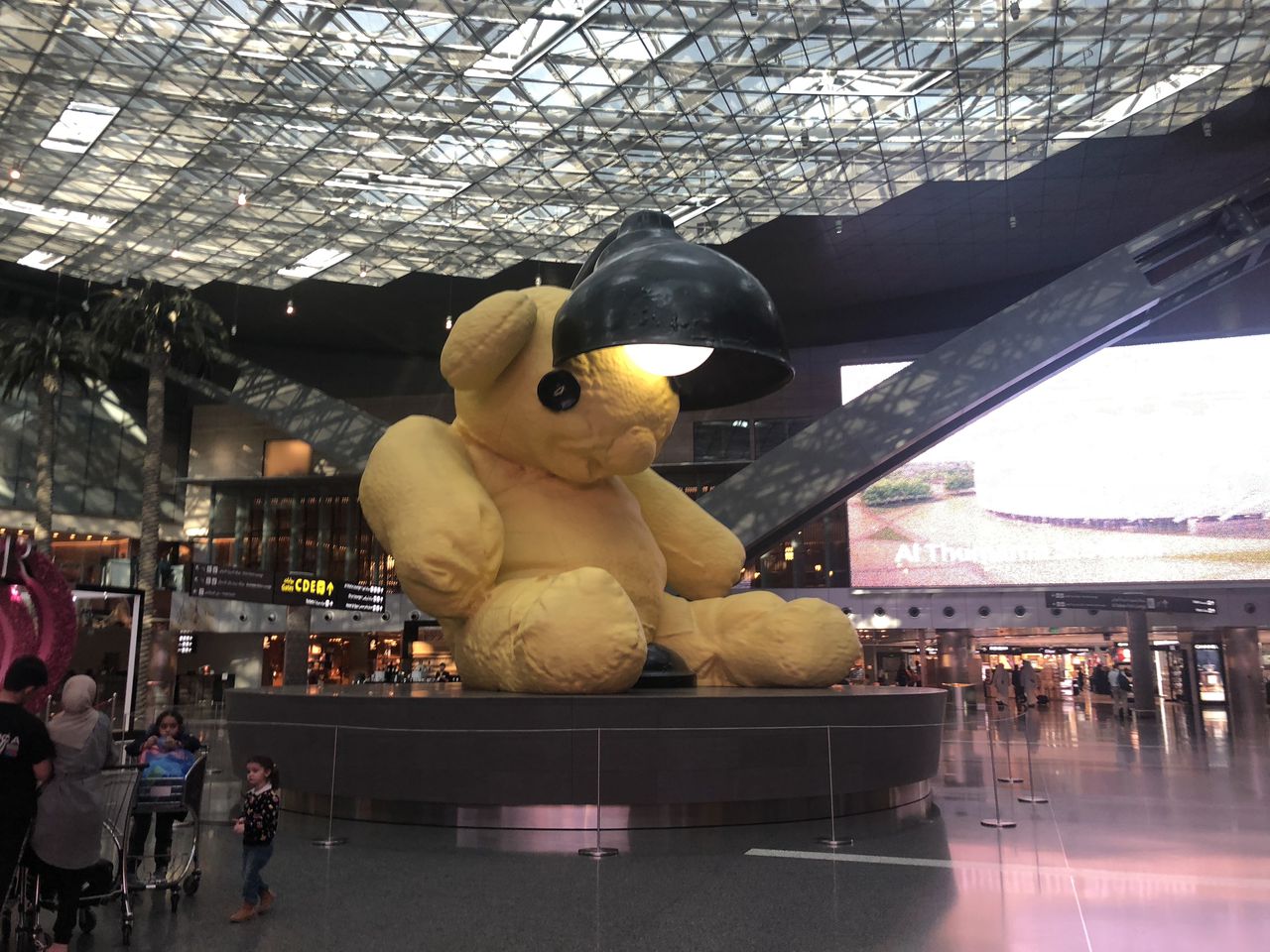 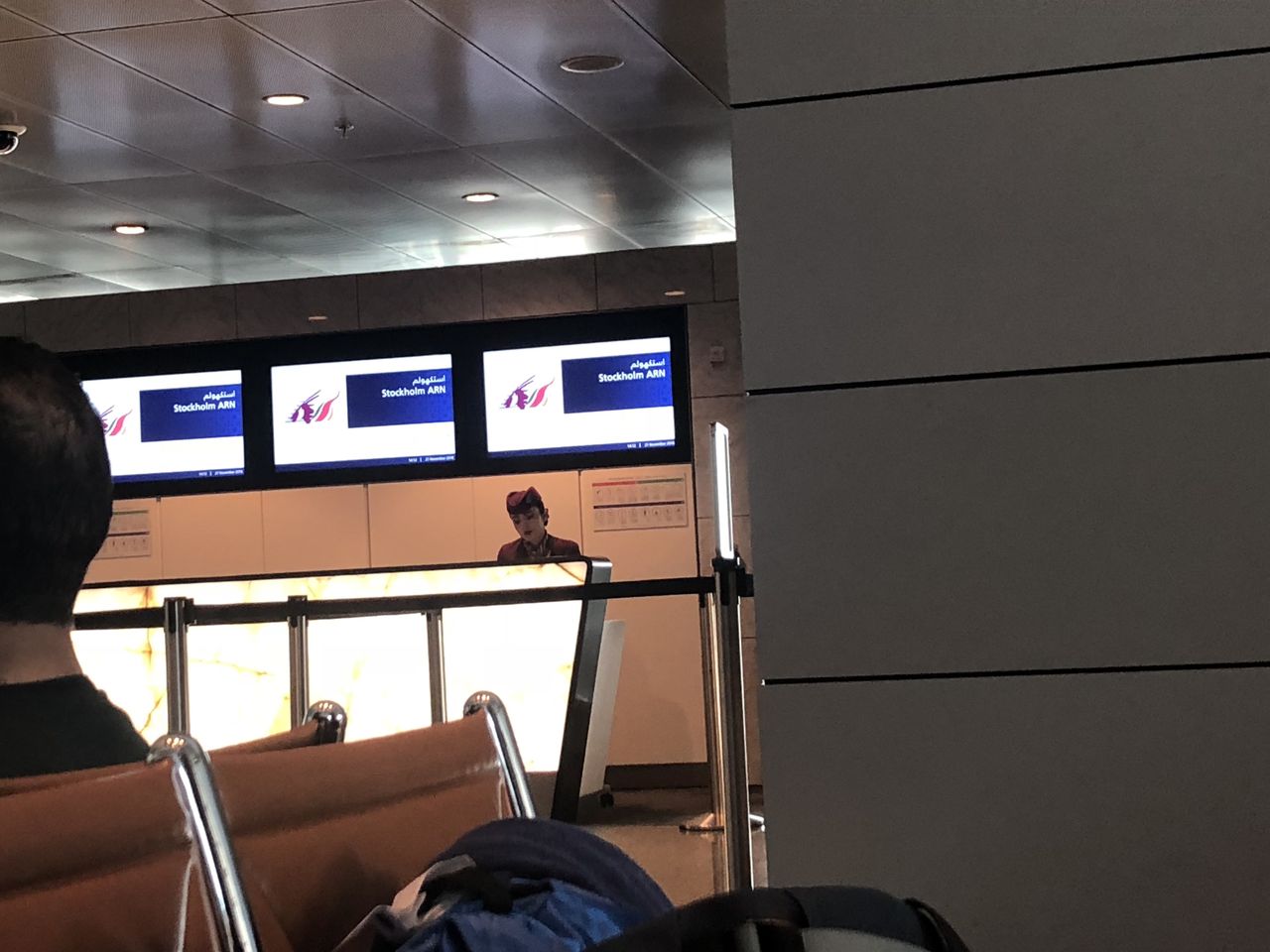 After arriving from Singapore, I had only around an hour to make it to my second flight so I had to run to get from concourse C to concourse A. Walking though HIA, I must say the airport does look really amazing although the air con (especially in concourse A) is a bit weak. 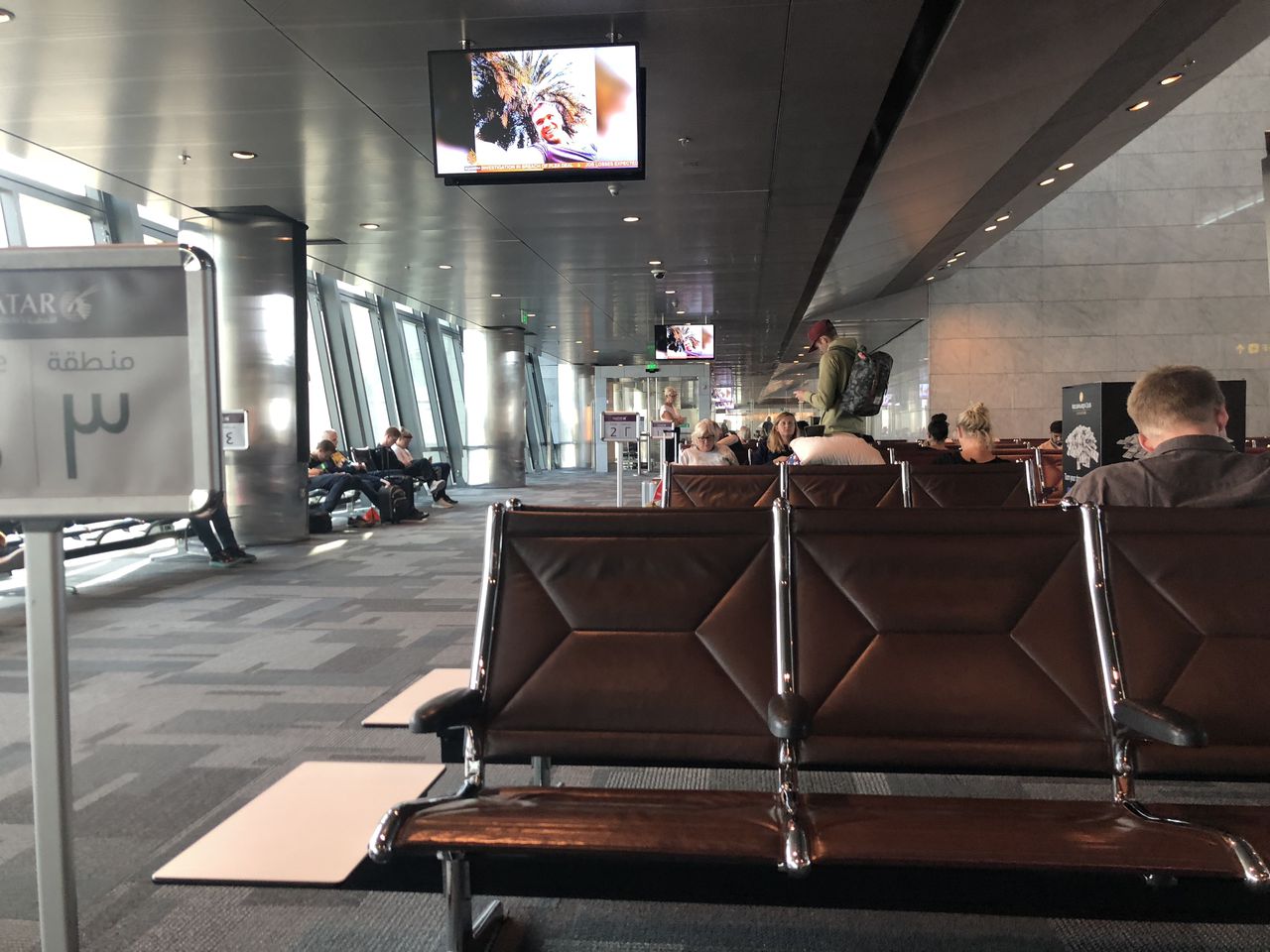 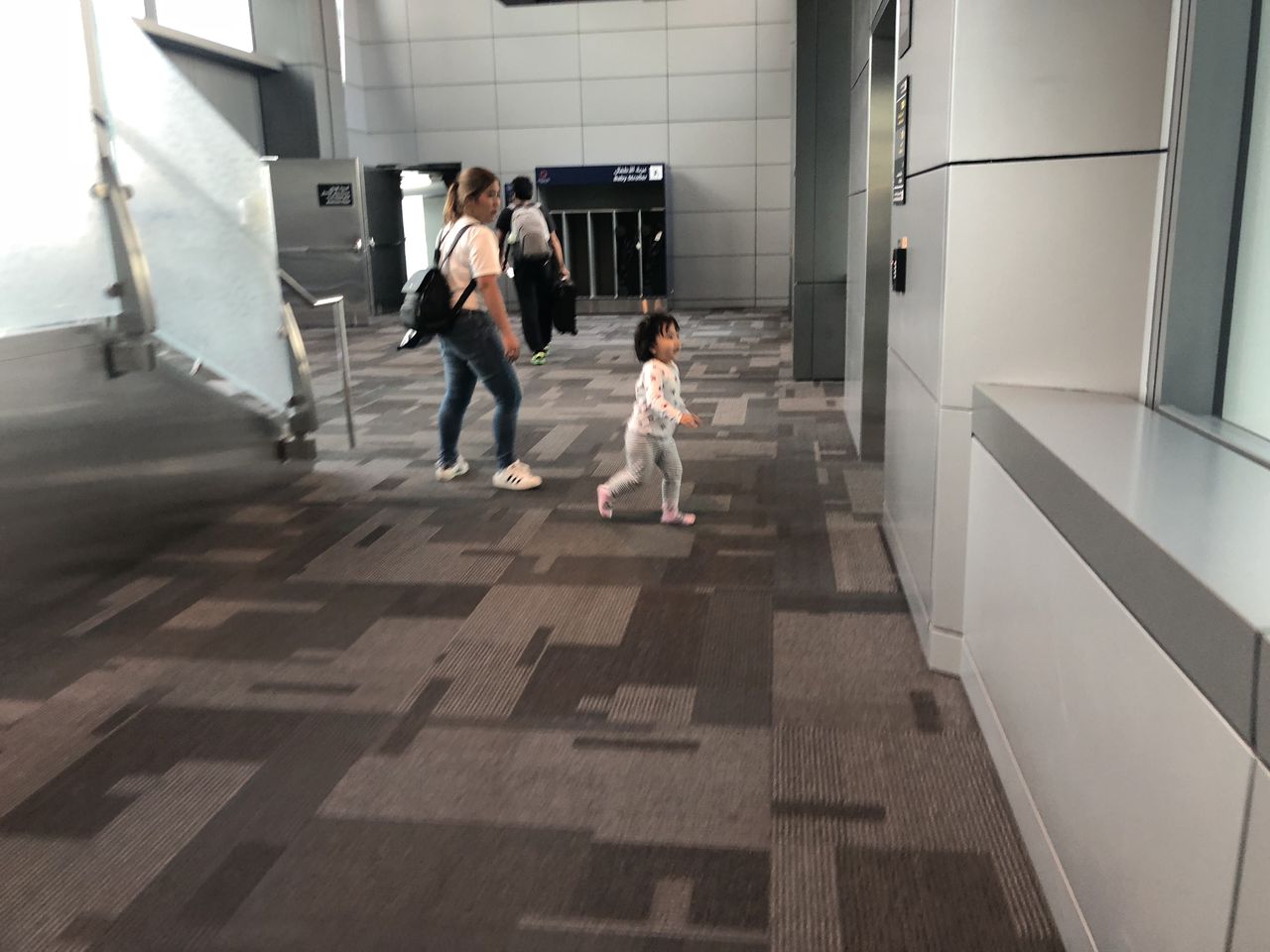 Reached the gate with some time to spare. It is interesting to see that they sit passengers by boarding groups although not many people seem to follow the guidelines. Boarding was announced soon after and the gate cleared pretty fast. 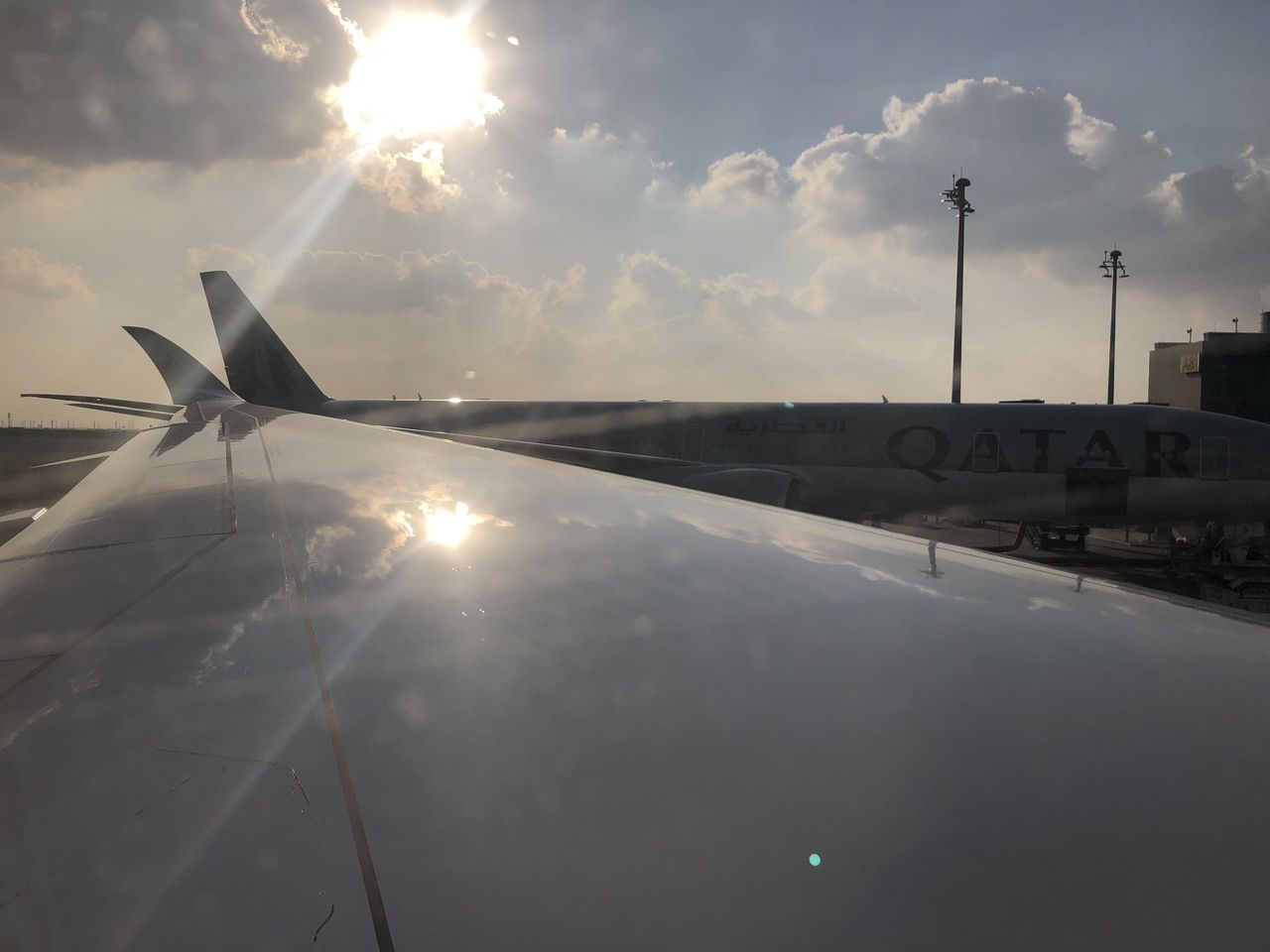 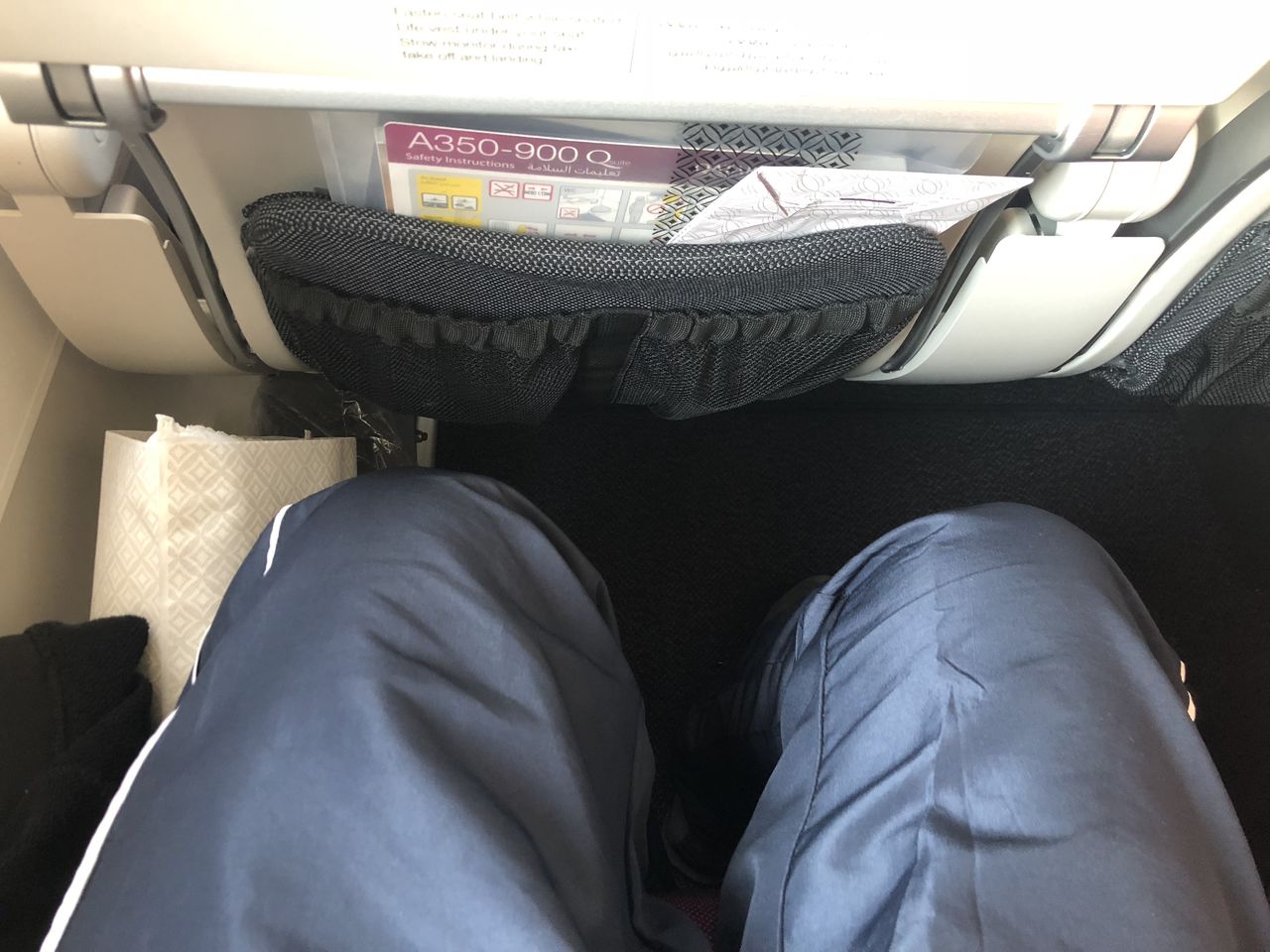 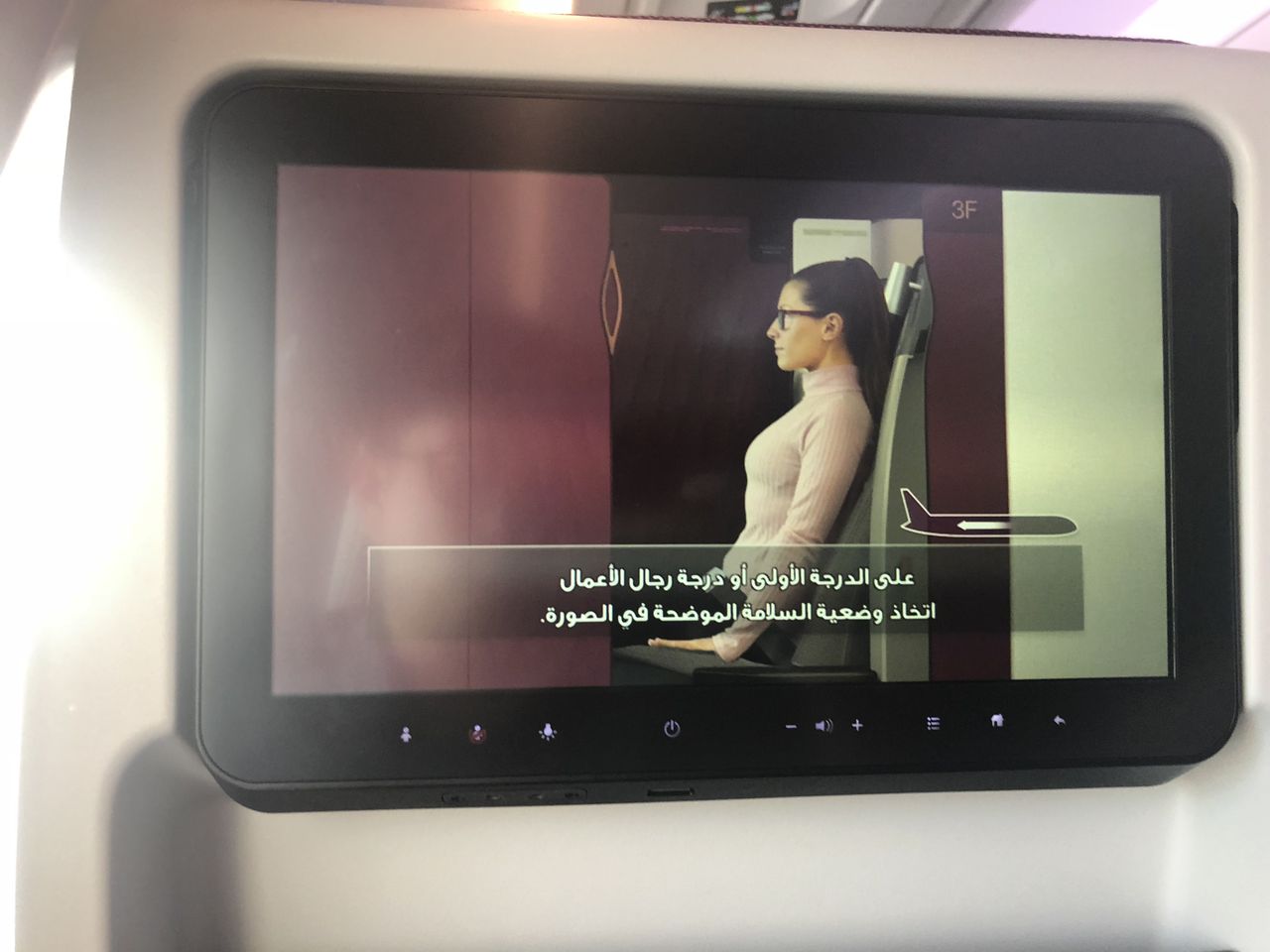 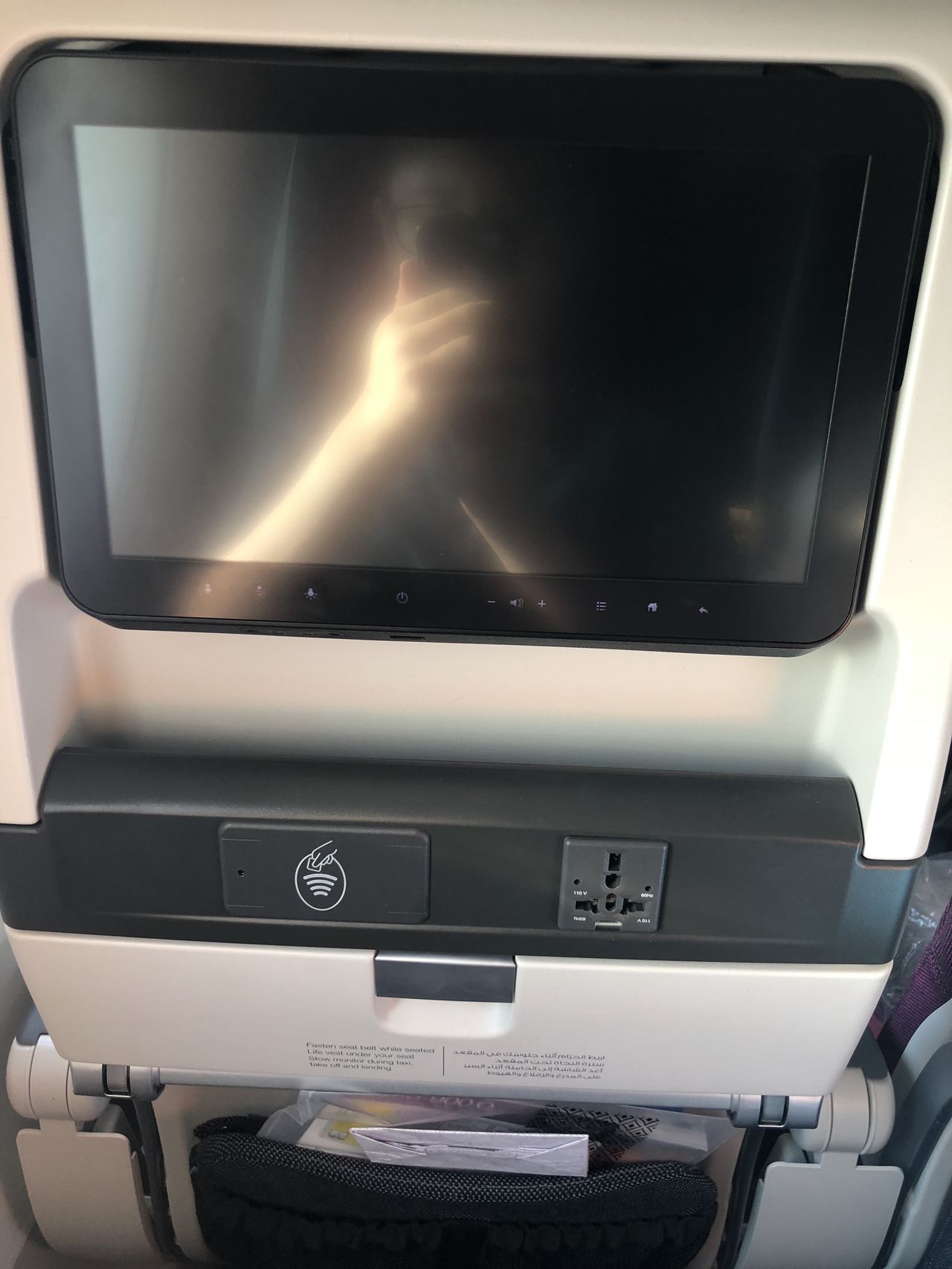 Boarding Qatar's newest A350-900. This aircraft is equipped with the new Qsuite and new economy class. Pillow and blankets are available on the seat and the legroom is pretty spacious. Amenity kit was also given out which includes eyeshade, ear plugs, toothbrush set and socks. The adjustable headrest also helps in sleeping but one thing I found odd about the seat was behind the power socket (grey bar below IFE - check 4th pic) is actually empty so I could not put my phone there while charging meaning I need to put it on the tray table.


Timelapse of takeoff from doha 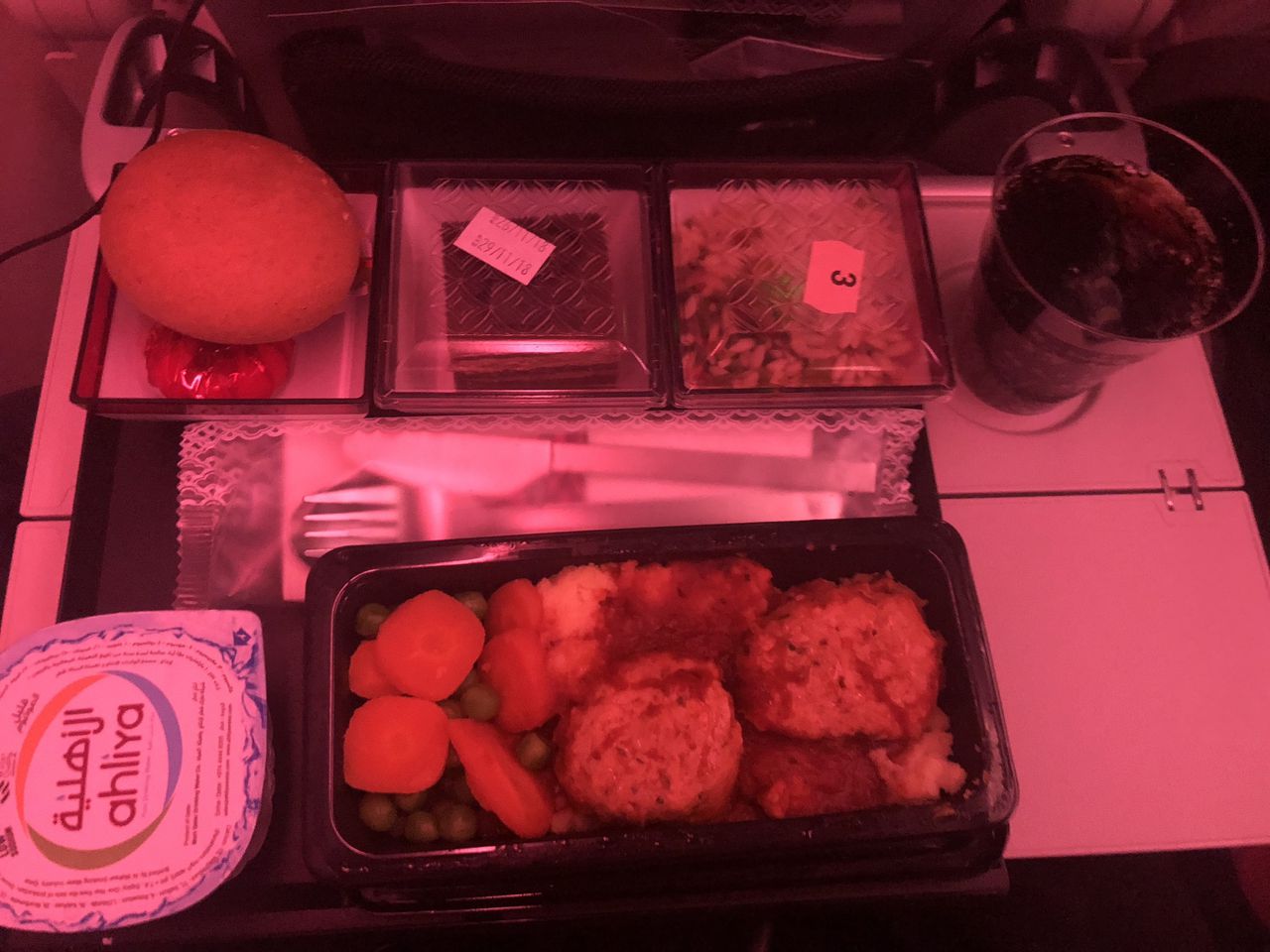 Soon after takeoff, lunch is served. On this flight there were 3 choices available.
1) Chicken Piccata with tomato salad
2) Braised Lamb Stew
3) Casarecce pasta in creamed cheese and spinach sauce
I choose the chicken option and got a coke to go with it. While the chicken had some taste to it, the rest of the main course was rather tasteless. The cake however was really nice. The meal also came with some chocolate( kitkats and another brand i never heard of). The kitkat was nice but the other one had a weird texture to it and I did not finish it. What i really liked about the meal was that Qatar Airways provided us with 3 choices instead of the usual 2. 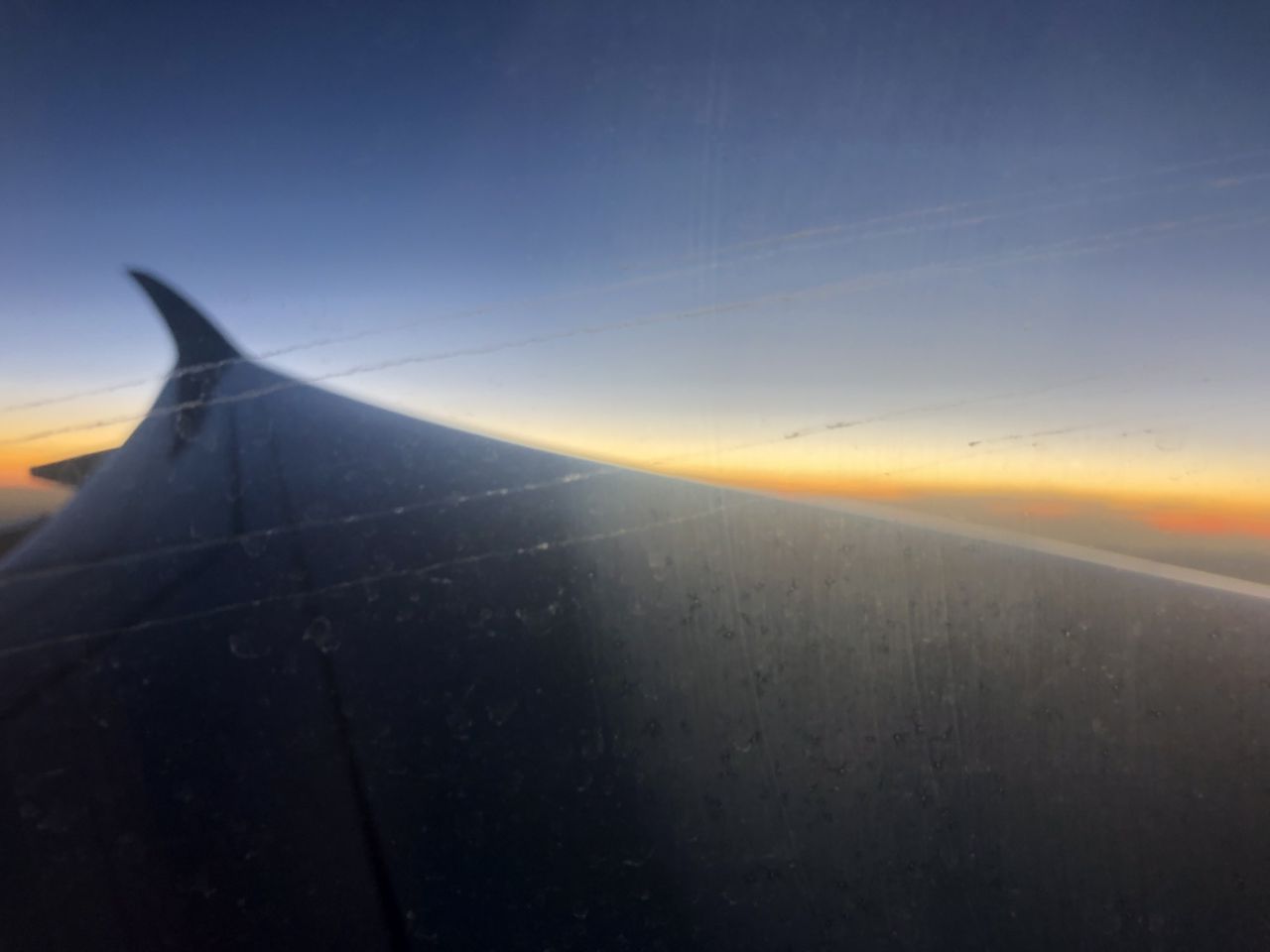 Really nice view during the flight

I slept through the remainder of the flight and thus missed the movie snacks service which (as I later found out) is simply a bag of chips. Also out of curiosity, in what position do you sleep in when on flights? I noticed on this flight that there is a huge variety of sleeping positions including reclining their seats, leaning on windows, resting their head on the tray table or finding an empty row. Please comment below to tell me.

Here's a timelapse of the landing into Arlanda Airpot. 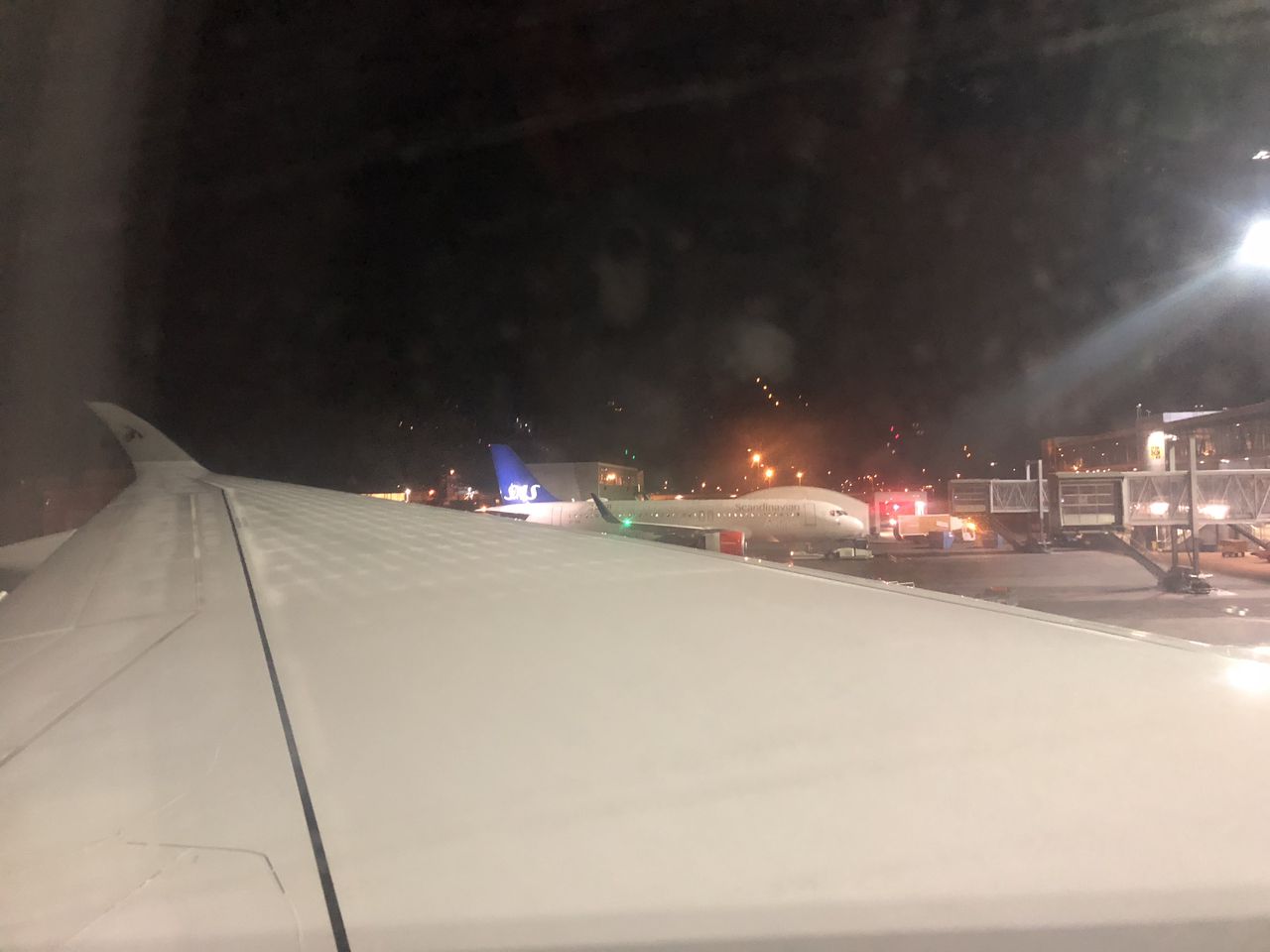 Finally arrived in Stockholm. Immigration and baggage delivery took some time but it was still acceptable. I must say however that I really appreciate how close the bus stop for buses to city centre is to the exit. FYI the Flygbussarna is a really cheap and easy way for you to get to the city centre.
See more

The cabin was really new and seats were comfortable but the meal was not the best I have seen. The crew on this flight was also a lot more robotic than the crew from Singapore. However, it was still an enjoyable flight.

The contributors of Flight-Report published 4 reviews of 1 airlines on the route Doha (DOH) → Stockholm (ARN).

The average flight time is 6 hours and 25 minutes.