After arriving from Helsinki, I had close to 3 hours before the flight to Singapore departs. This gives me significantly more time to explore HIA compared to the outbound journey. Security check was pretty efficient. There was a slight queue but it moved quick. The whole process took no more than 15-20 minutes. 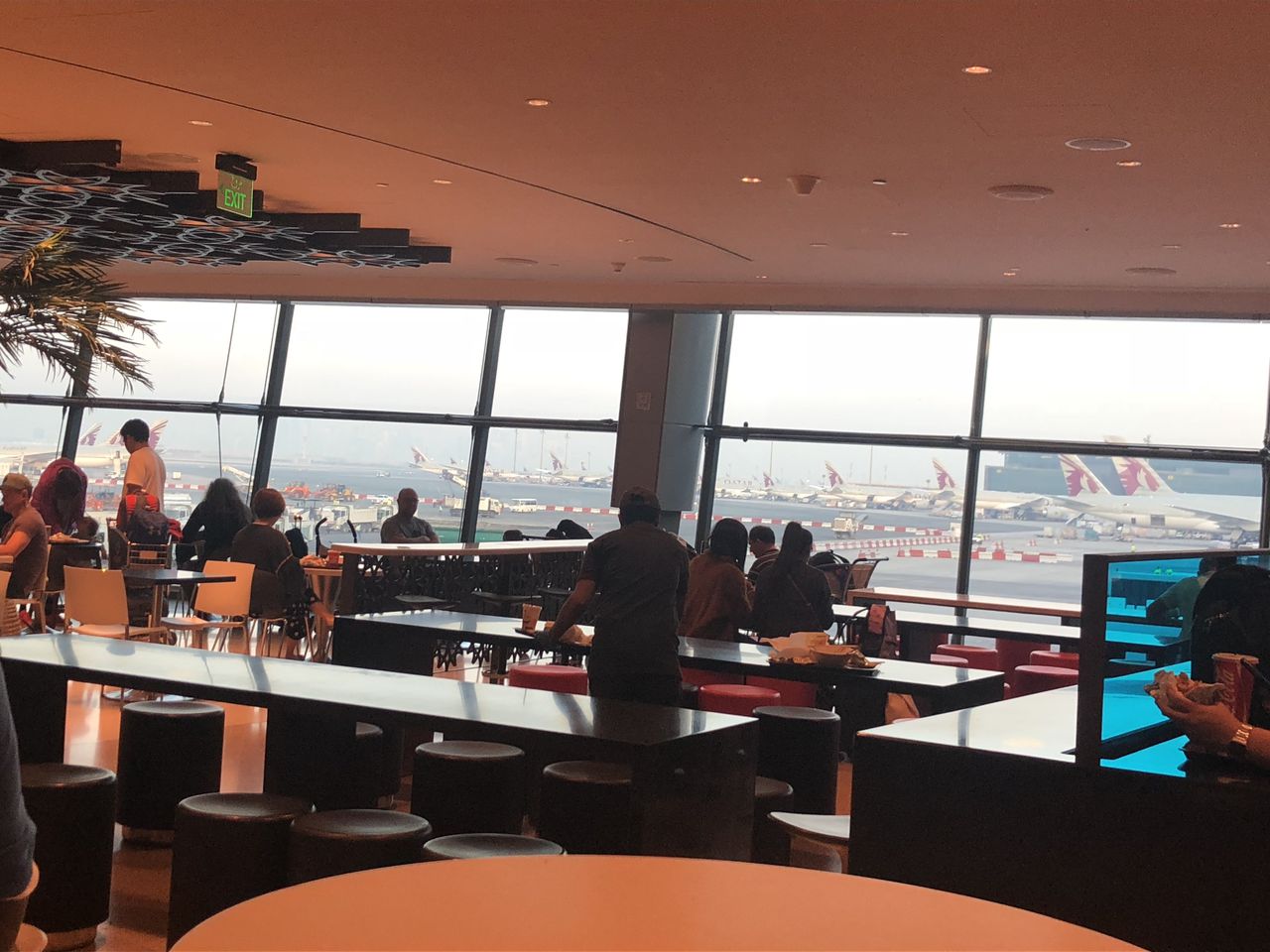 Trying out the food court. It provides a nice view of the airport and the food was pretty nice. Unfortunately I could not get a window seat. 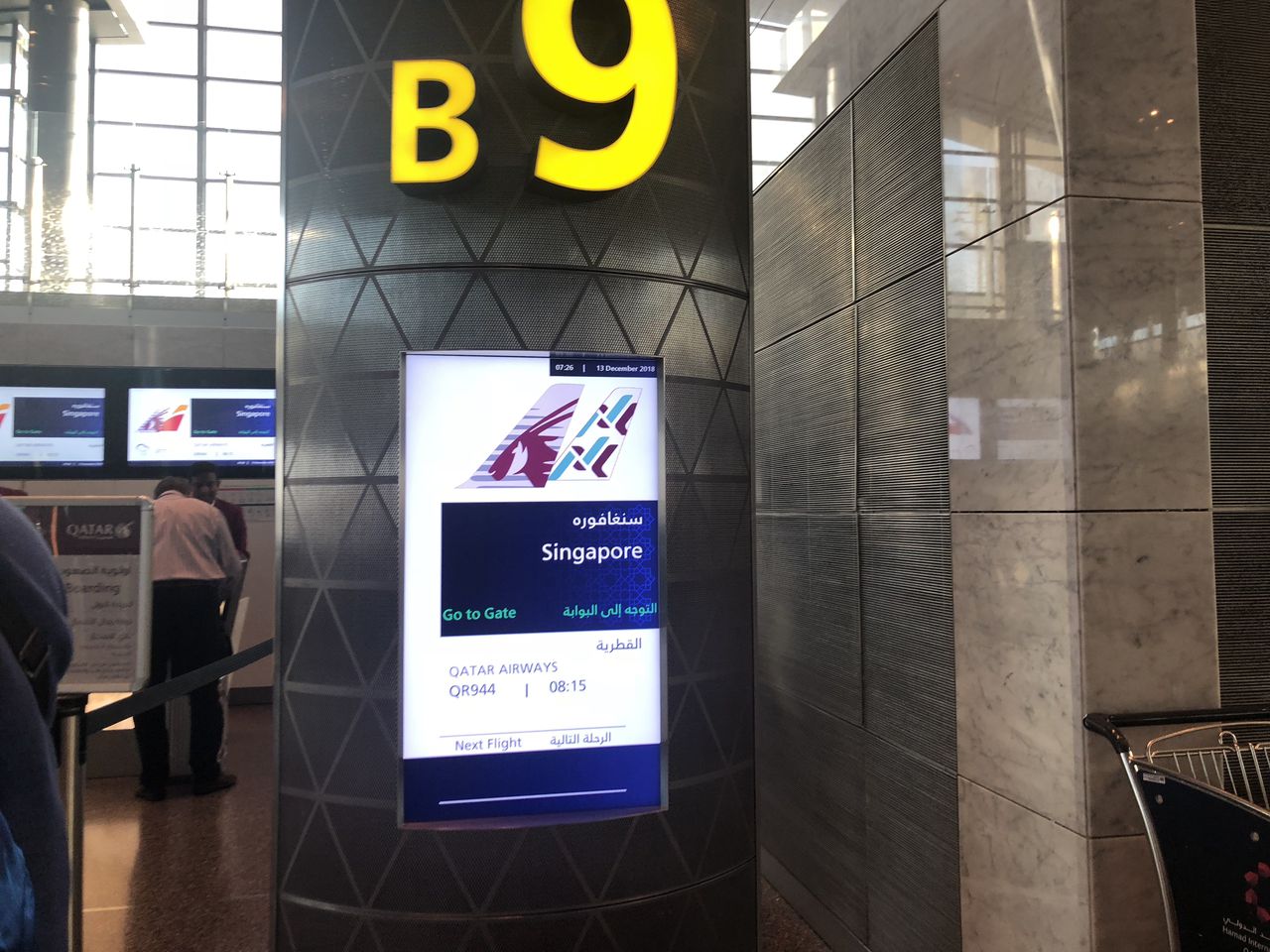 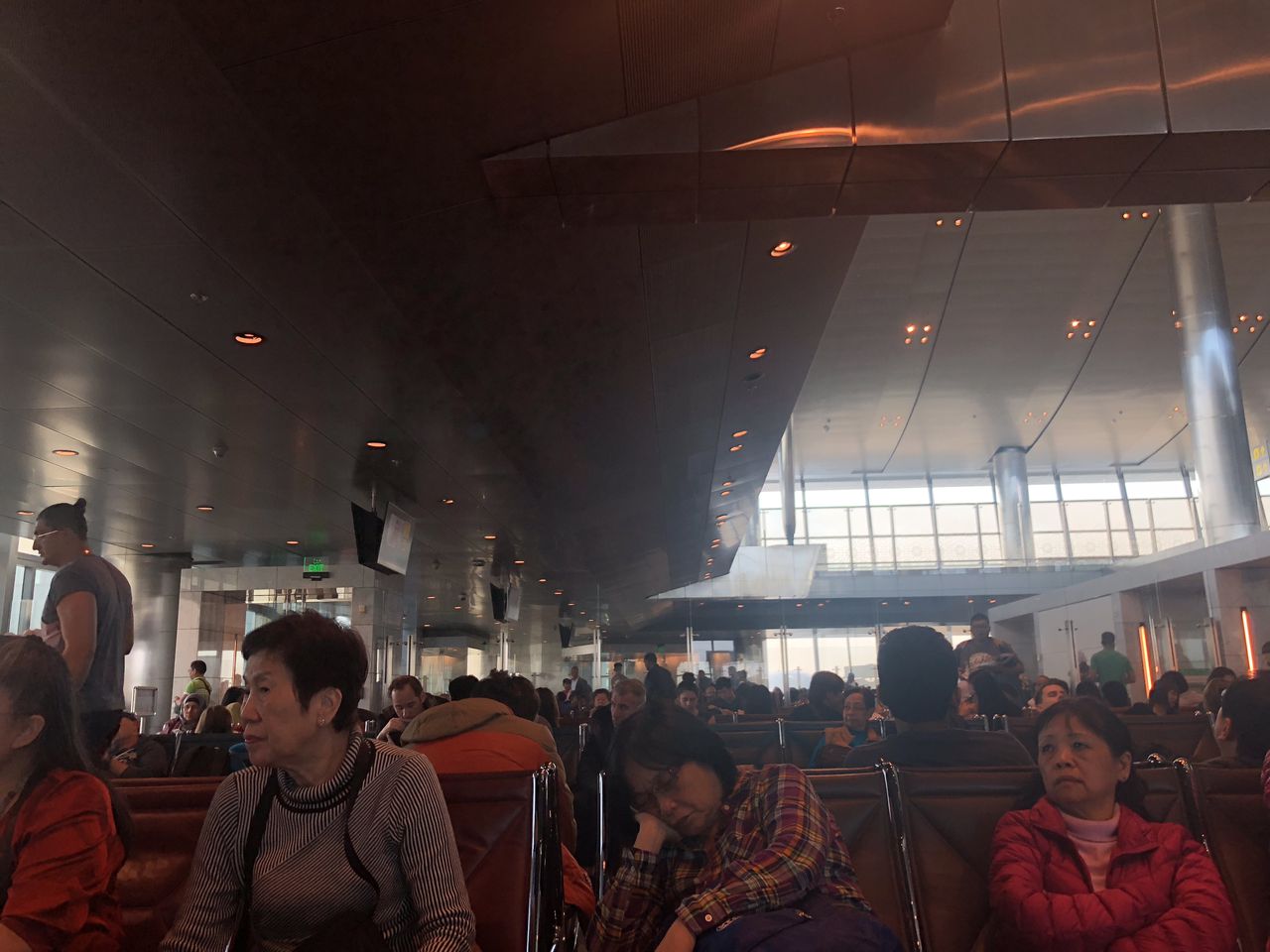 Heading to the gate. When I arrived there was still around an hour to departure but the gate was already packed with passengers. Most of them were Singaporeans so I guess this is a pretty good example of our 'kiasu' attitude (afraid to lose). Unfortunately B9 is one of the gates where you can't see the aircraft. I would have loved to get a nice picture of the A350-1000. 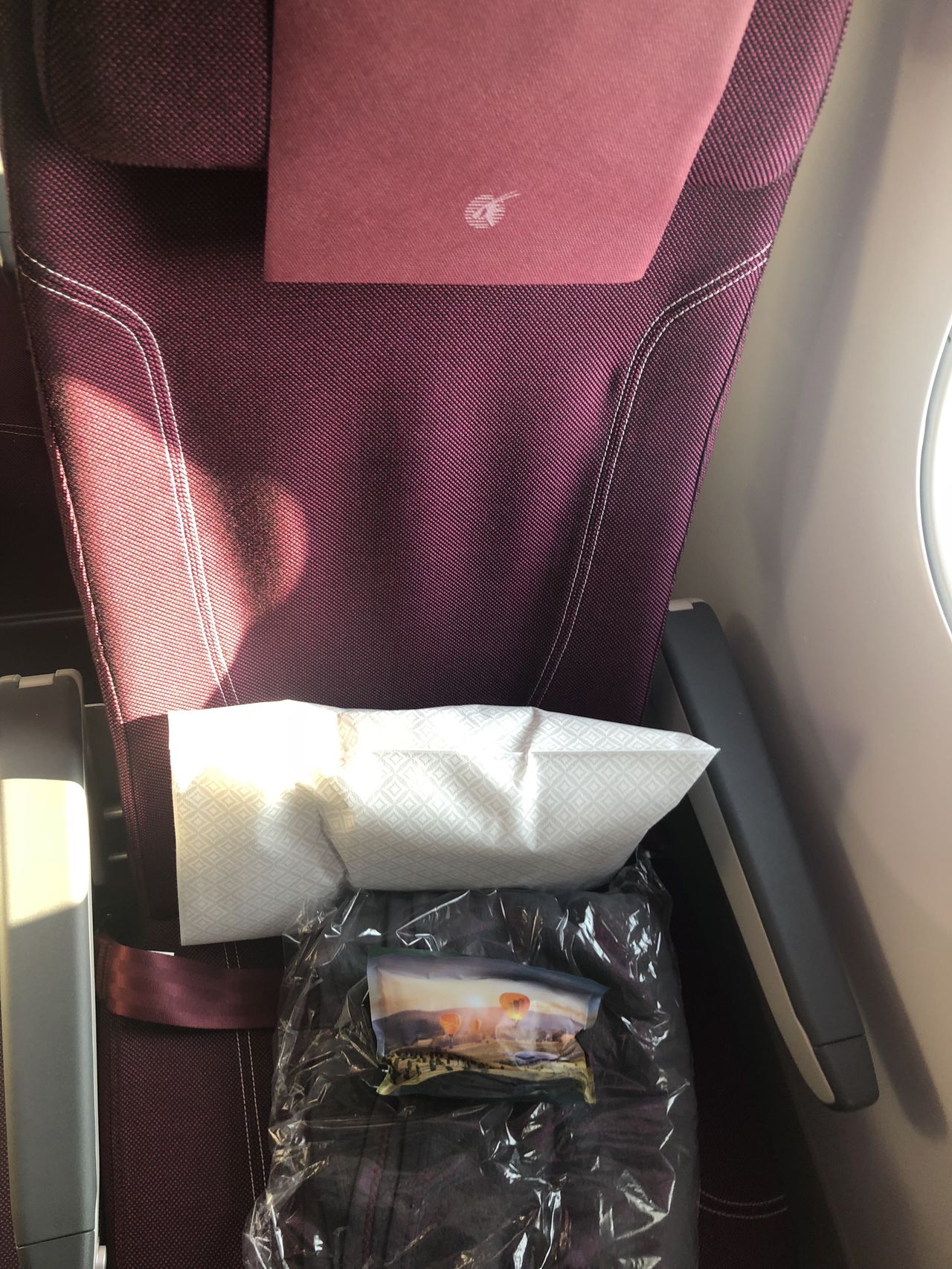 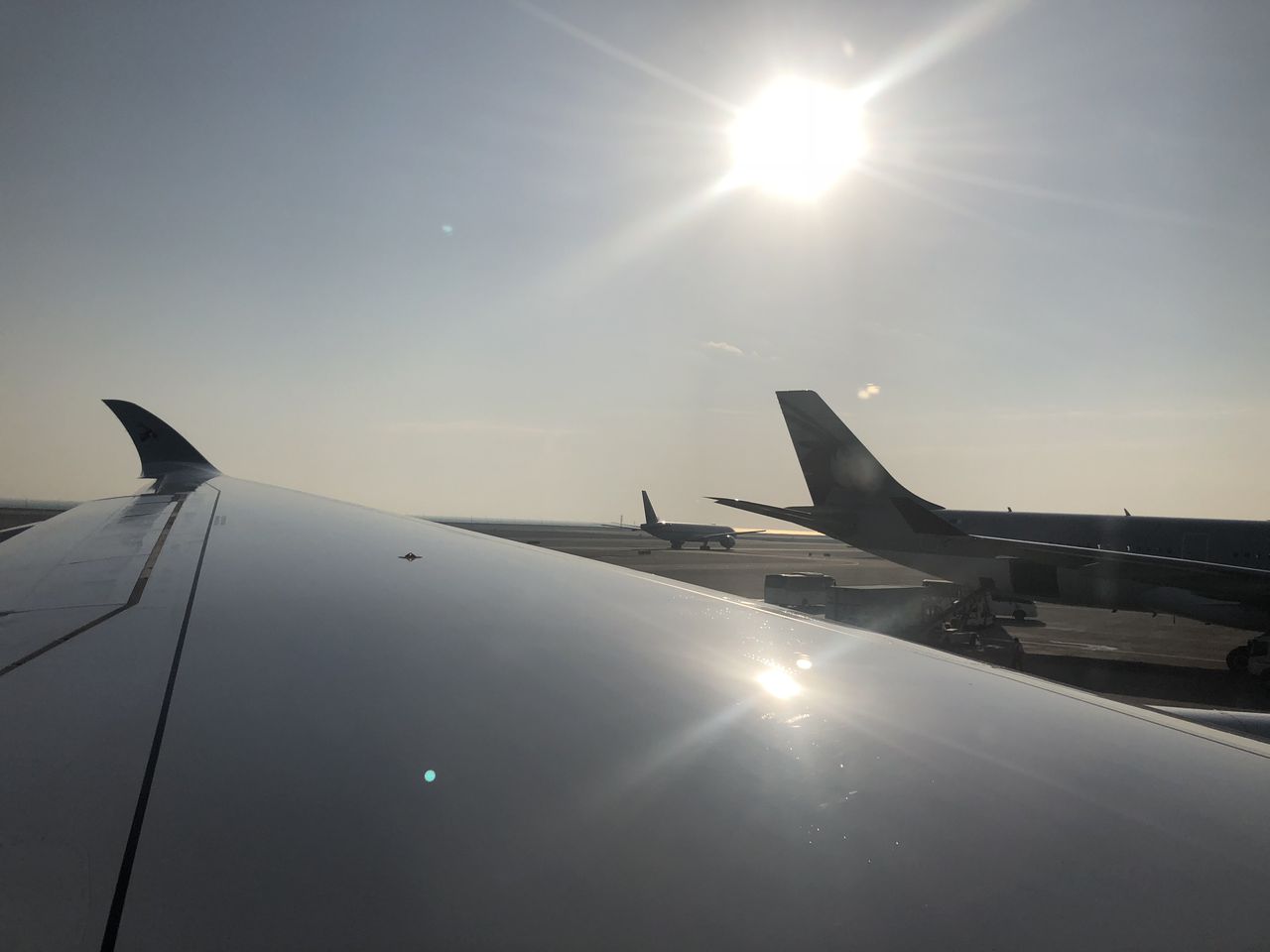 Boarding was pretty organised although for some reason the gate agent did not announce the boarding announcement using the PA but rather the staff had to yell out the boarding calls.
The A350-1000 was equipped with the new Qsuite along with this new economy class. The particular seat type was also installed on newer A350-900 (as I experienced on the flight to ARN). Pillow and blankets was already available on the seat. Amenity kits were also on the seat. I really like the beautiful design of the amenity kit. Inside there were socks, toothbrush set, eyeshade and ear plugs. 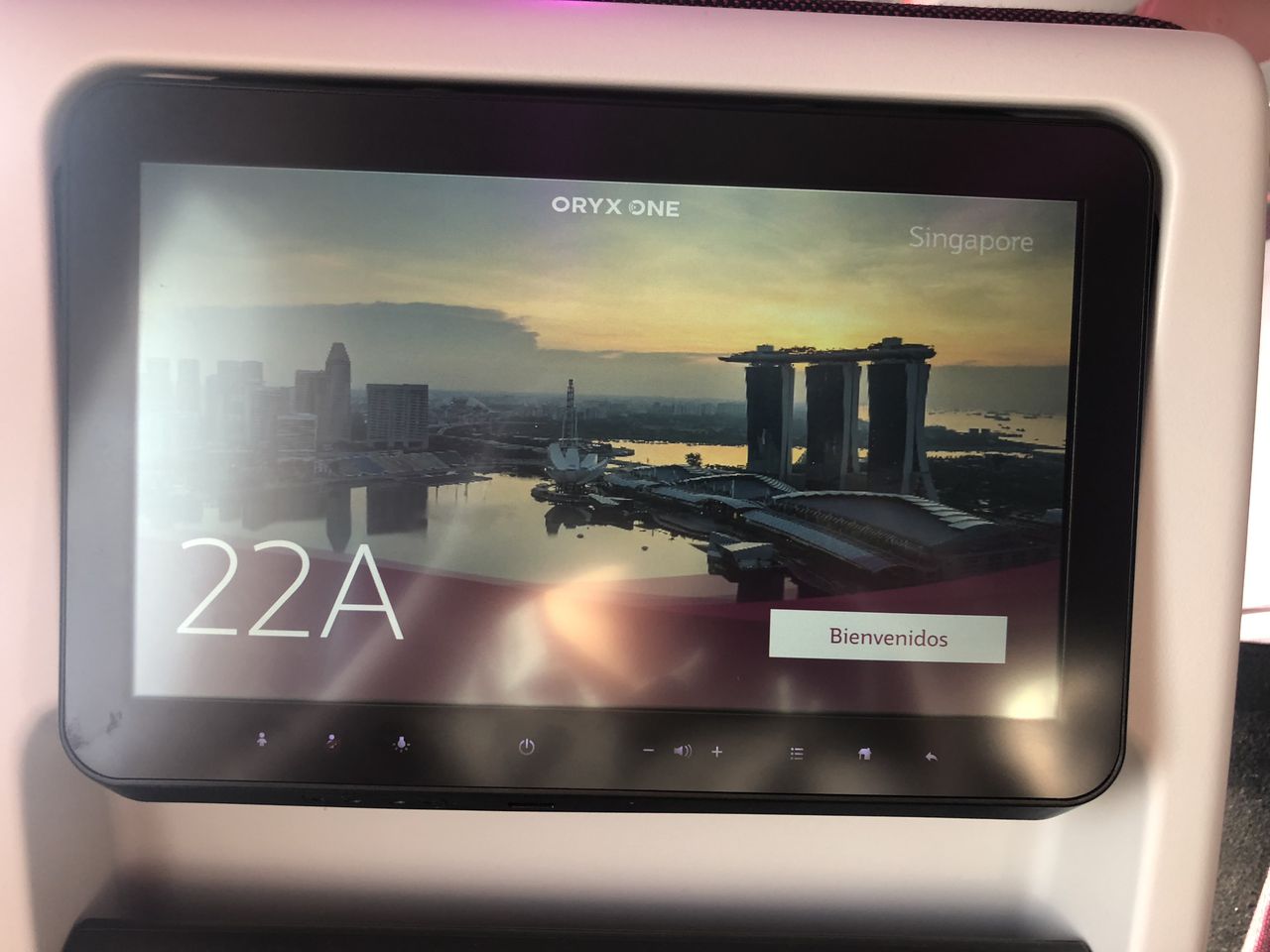 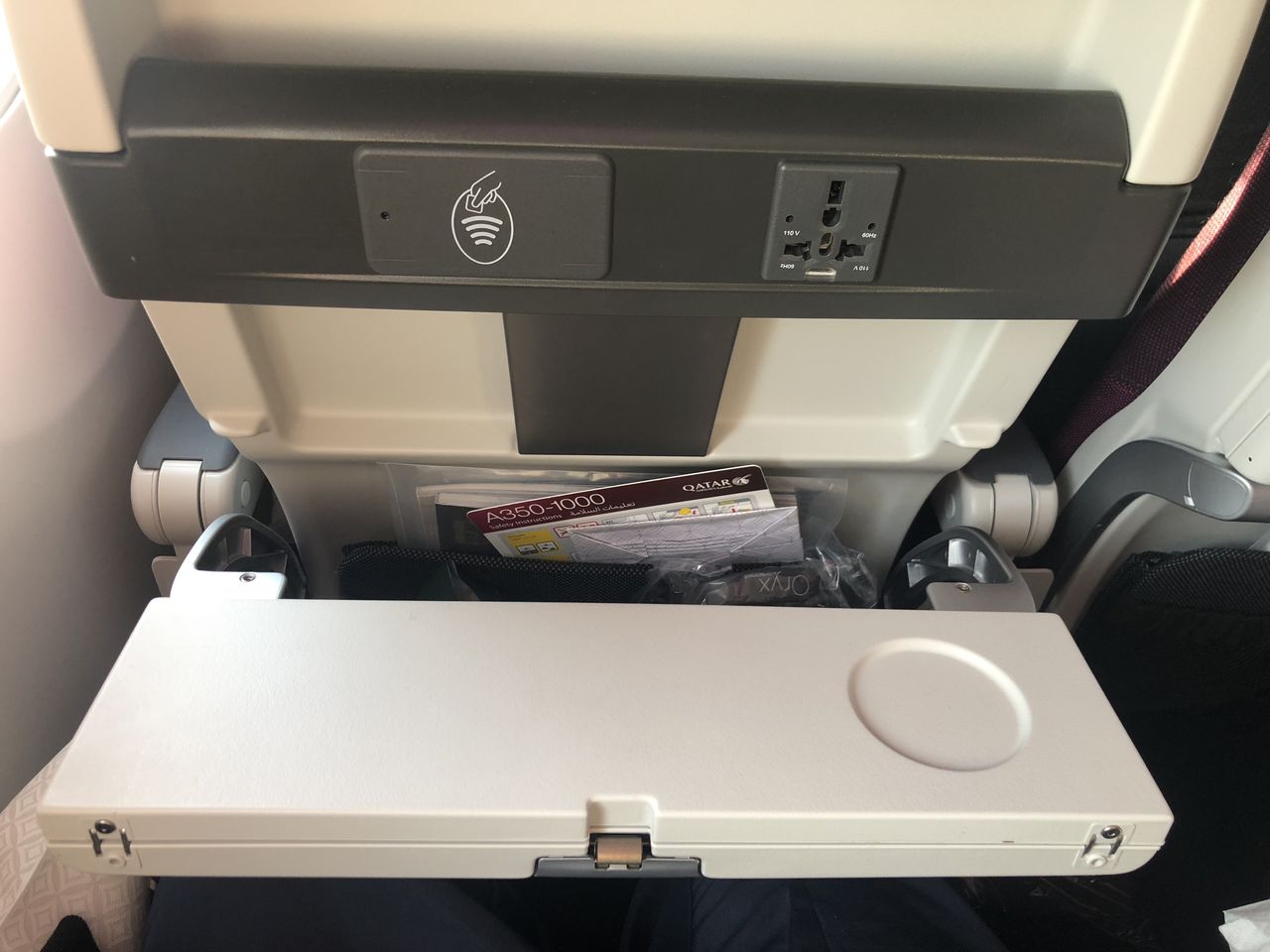 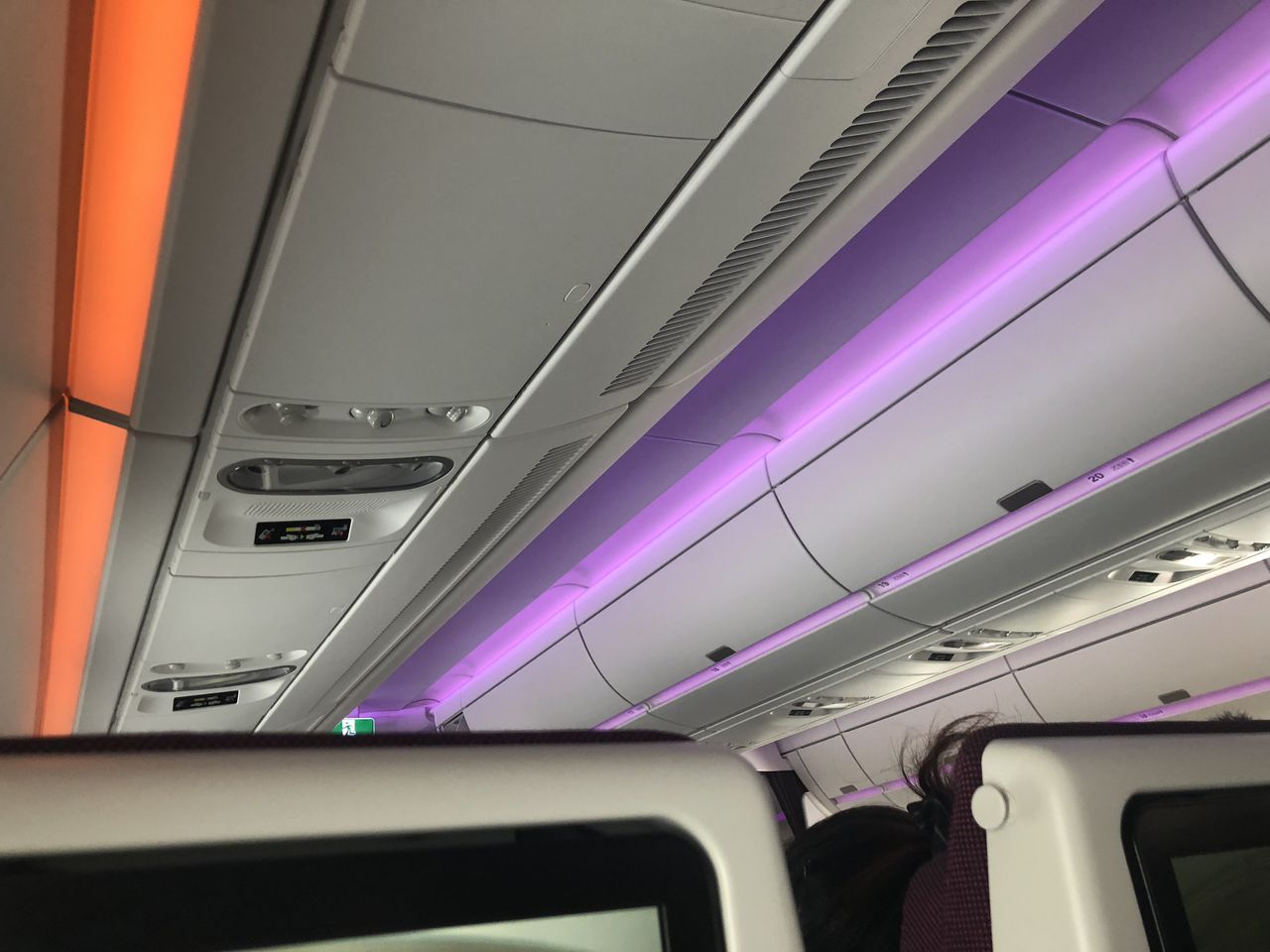 The IFE was much more responsive the the quality was a lot clearer than on the previous flight. The mood lighting was also very pretty. I must say the A350 feels really spacious and quite especially compared to the A320 I just arrived from.

Timelapse of the departure. 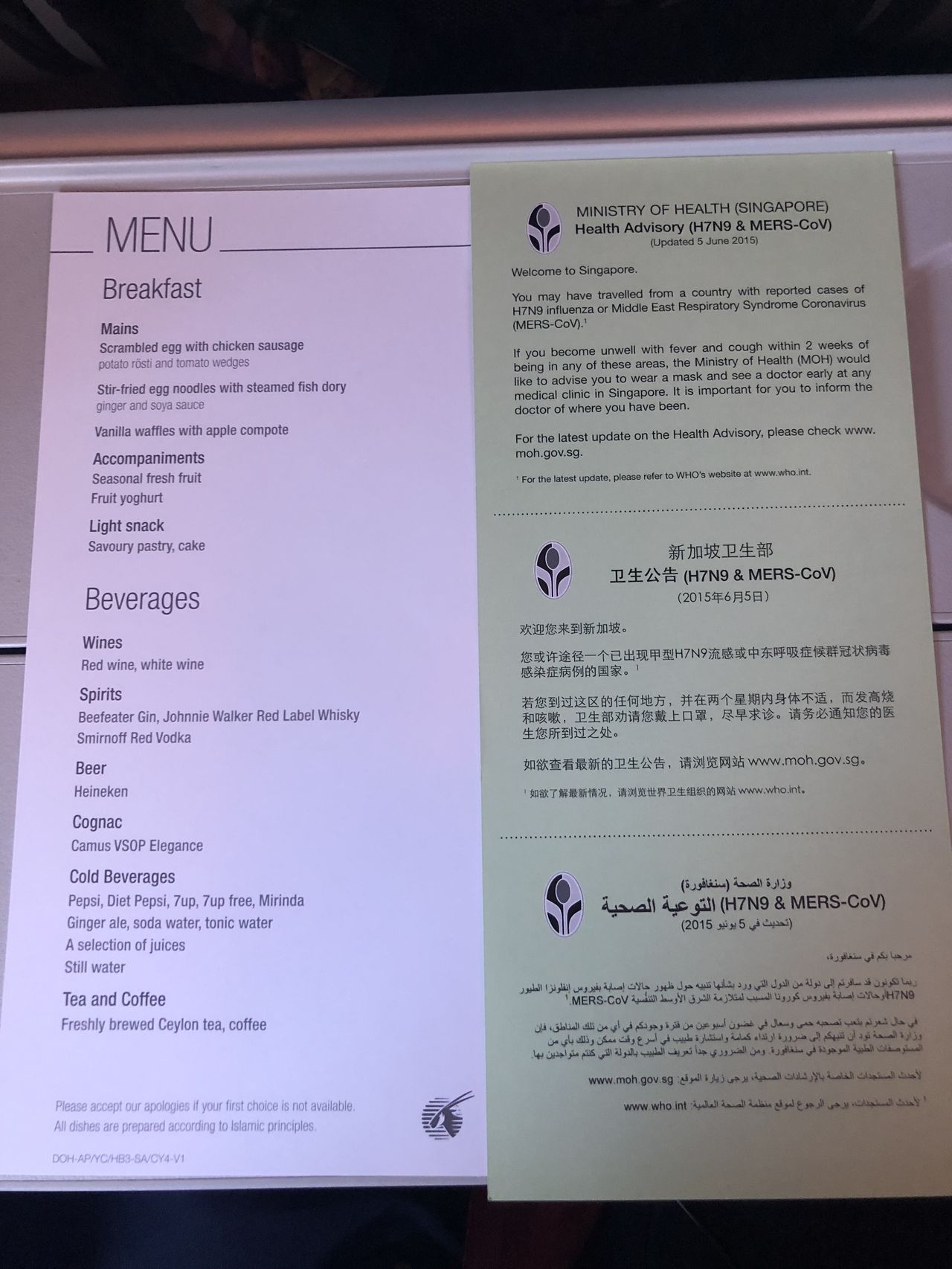 Menus and health advisory card was distributed by the crew after takeoff. 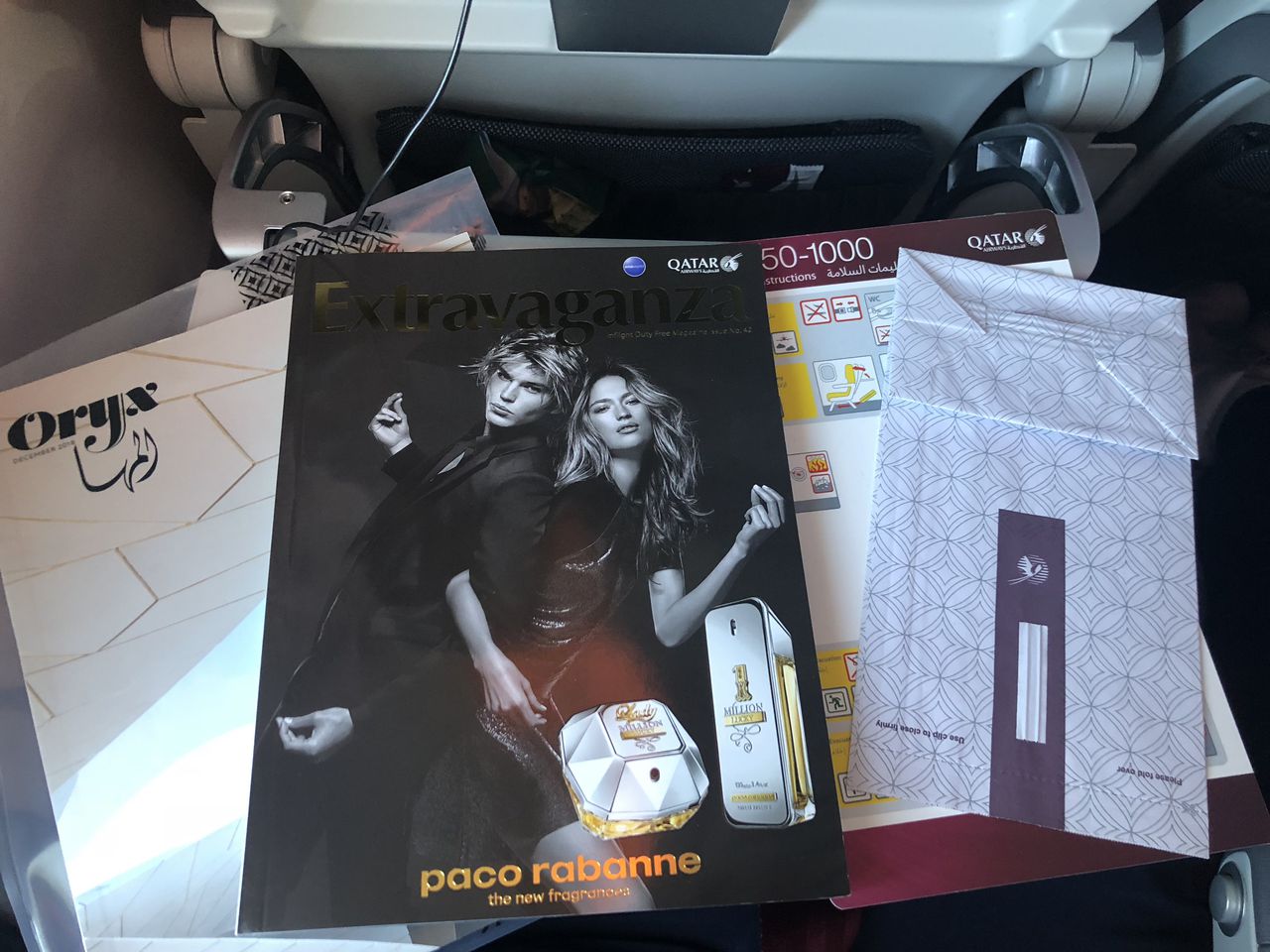 Contents of the seat pocket. 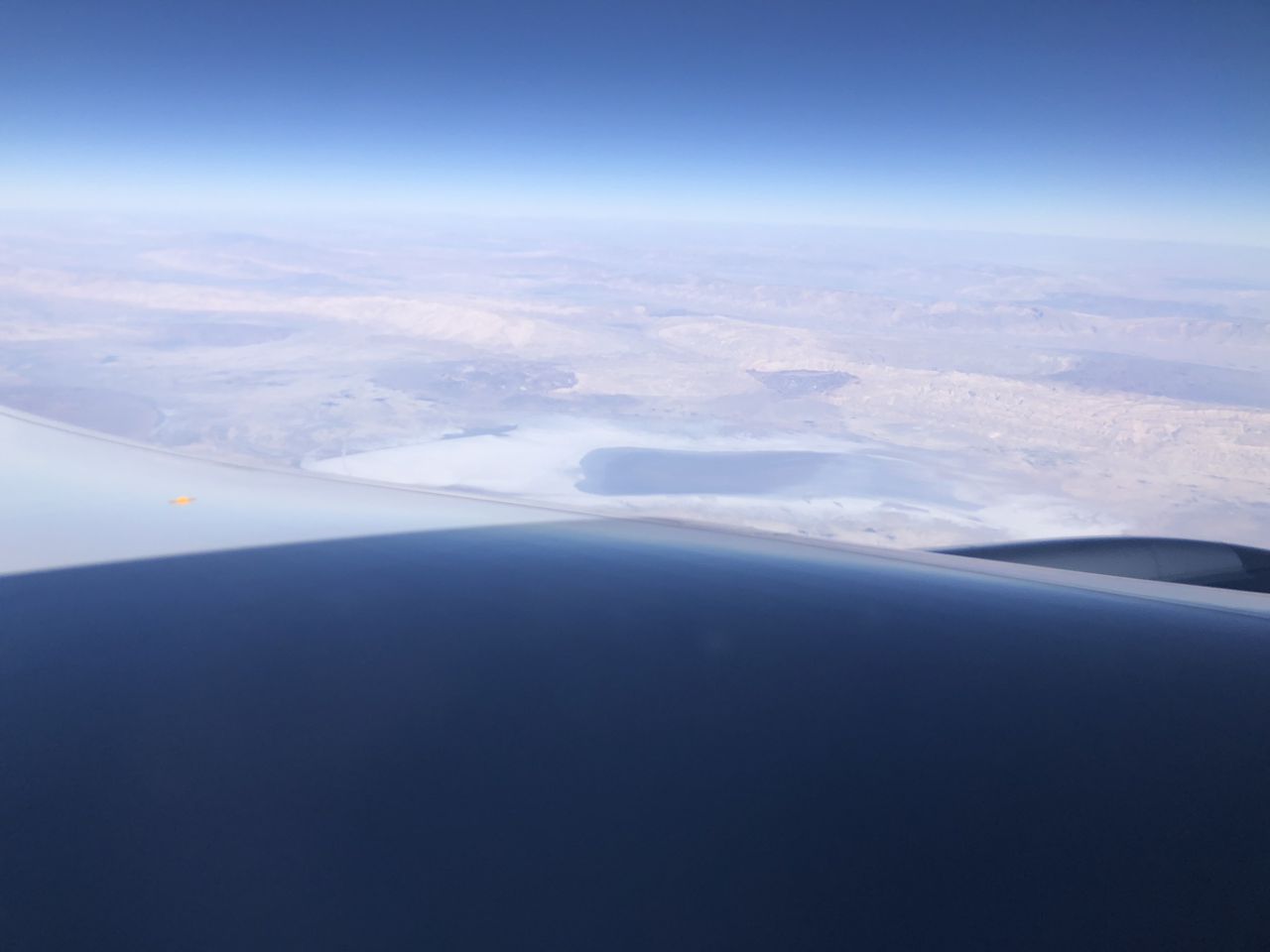 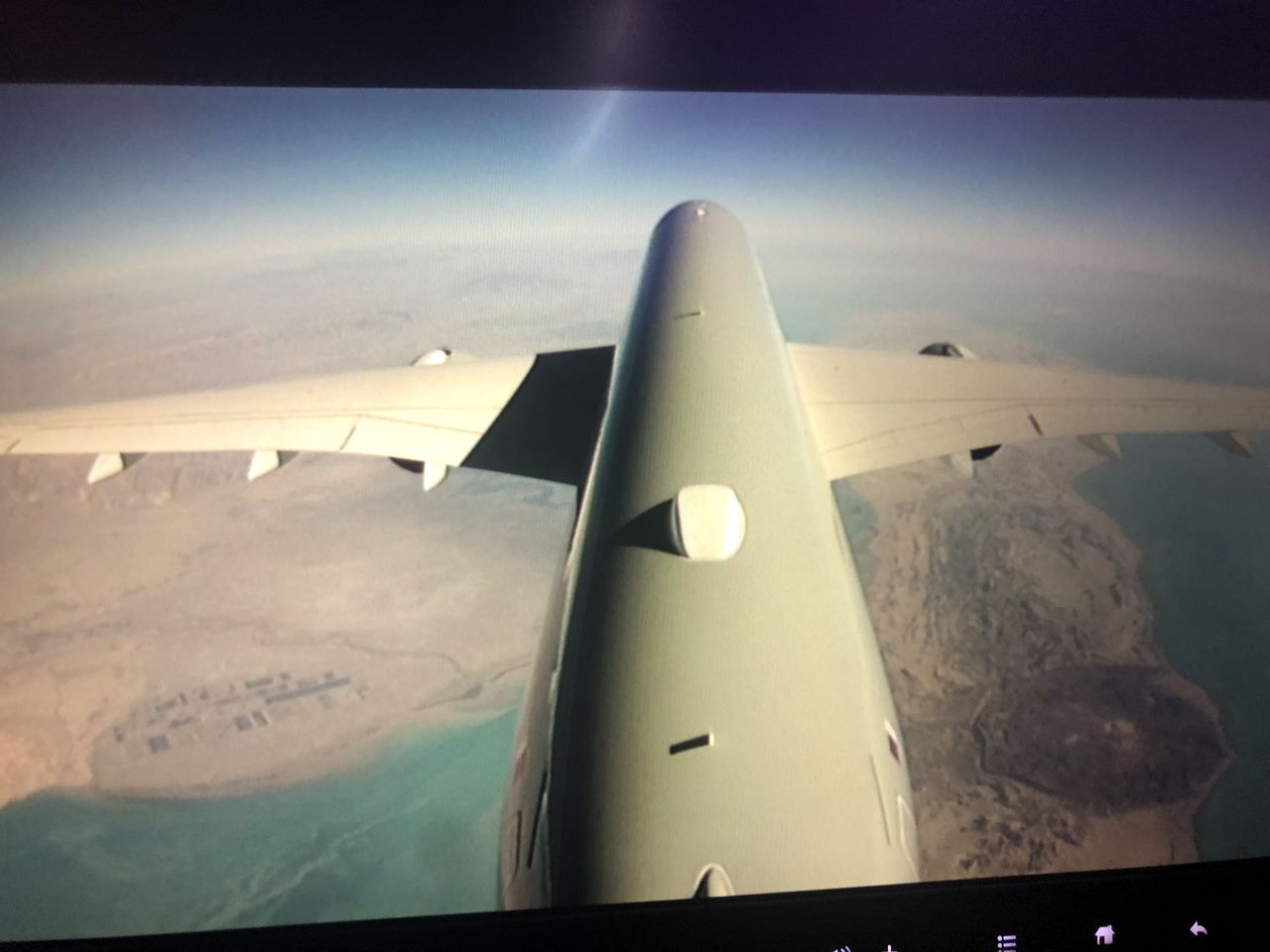 Some pretty nice view of the desert below. 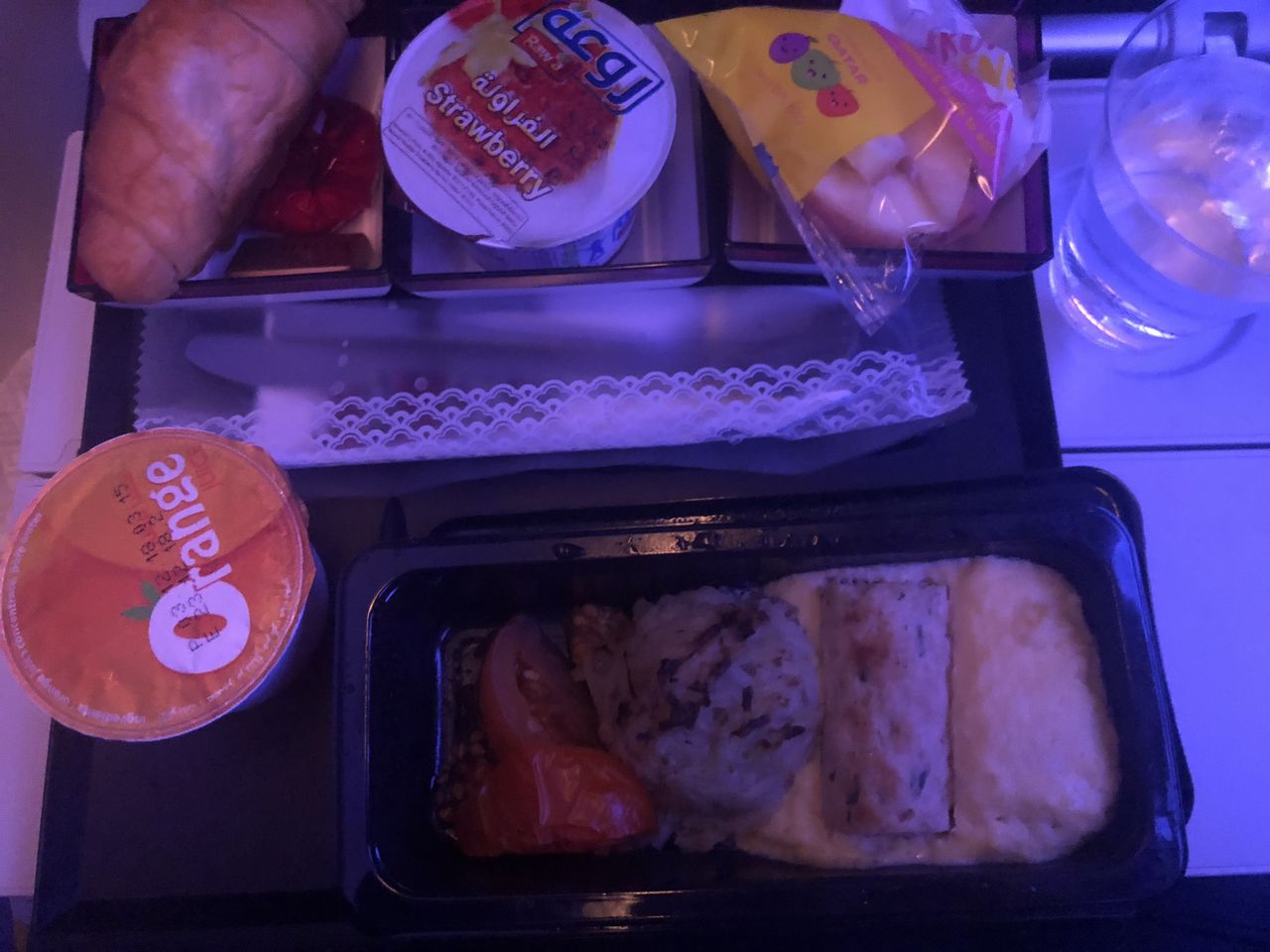 For breakfast there was 3 options. I selected the scrambled egg with chicken sausage option. The main course itself was fine, nothing spectacular but I really liked the yogurt. 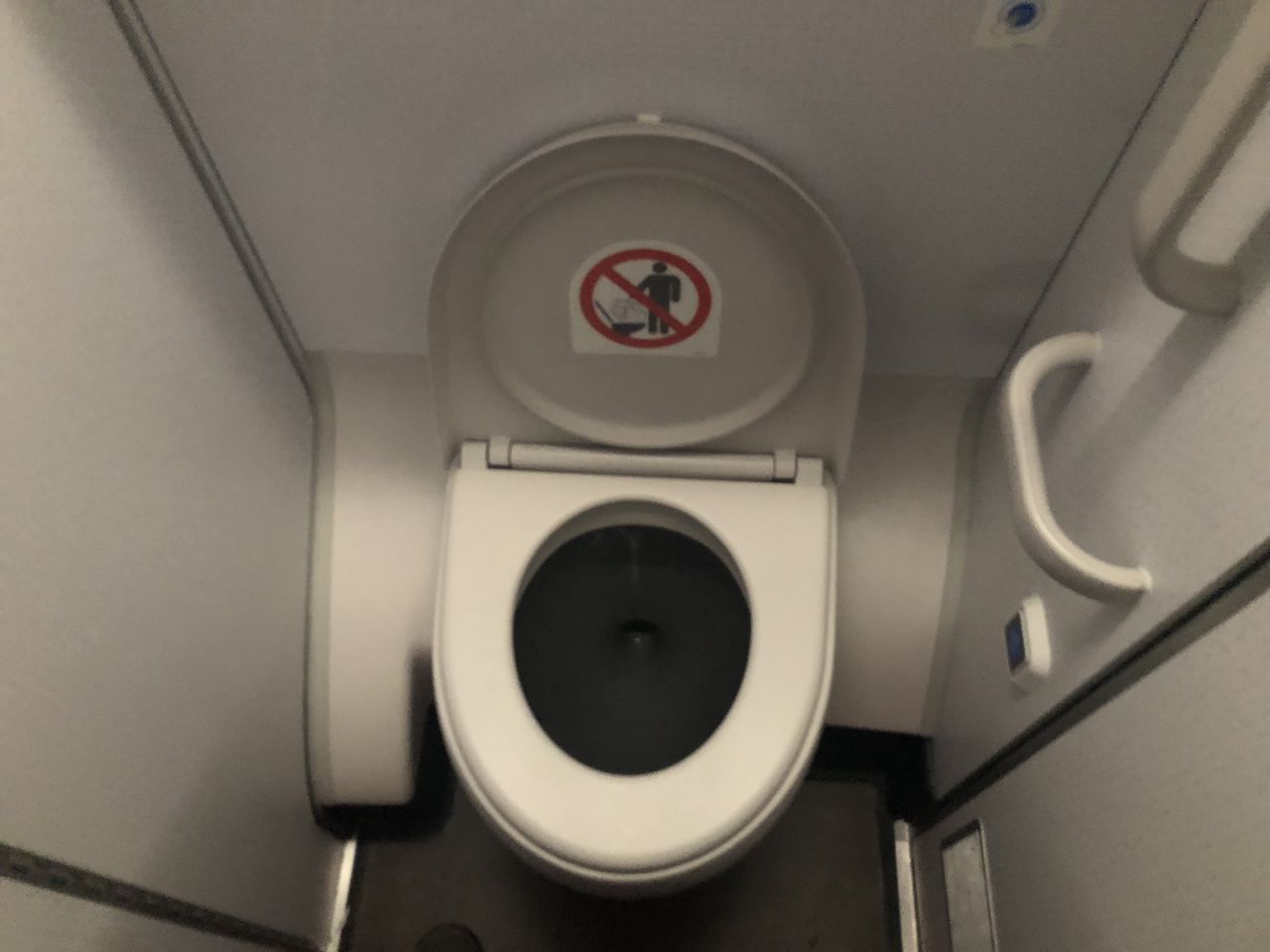 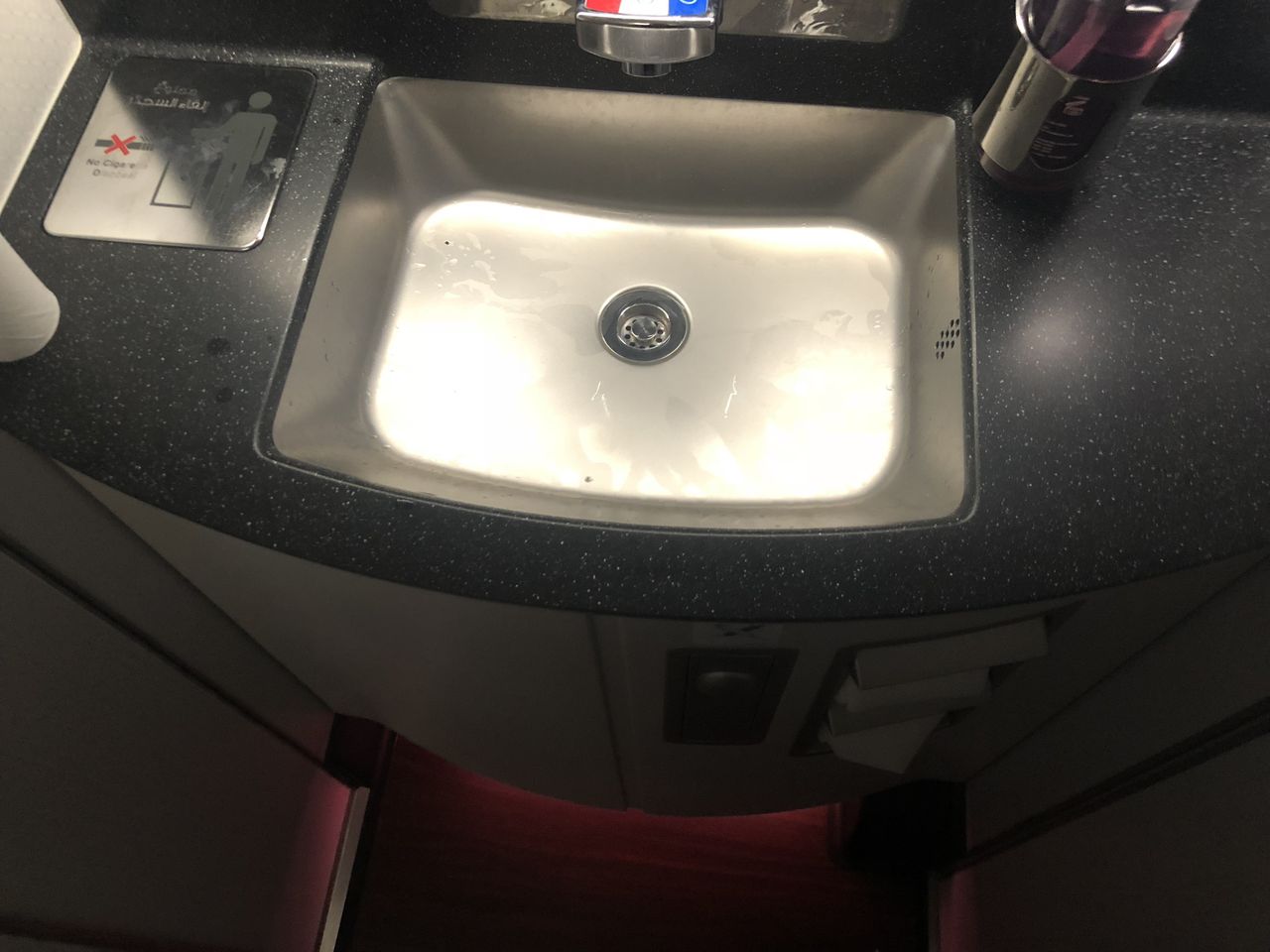 Checking out the toilet mid flight. It was kept clean throughout the flight. The wood flooring and mood lighting in the toilet does make the toilet look a lot nicer. 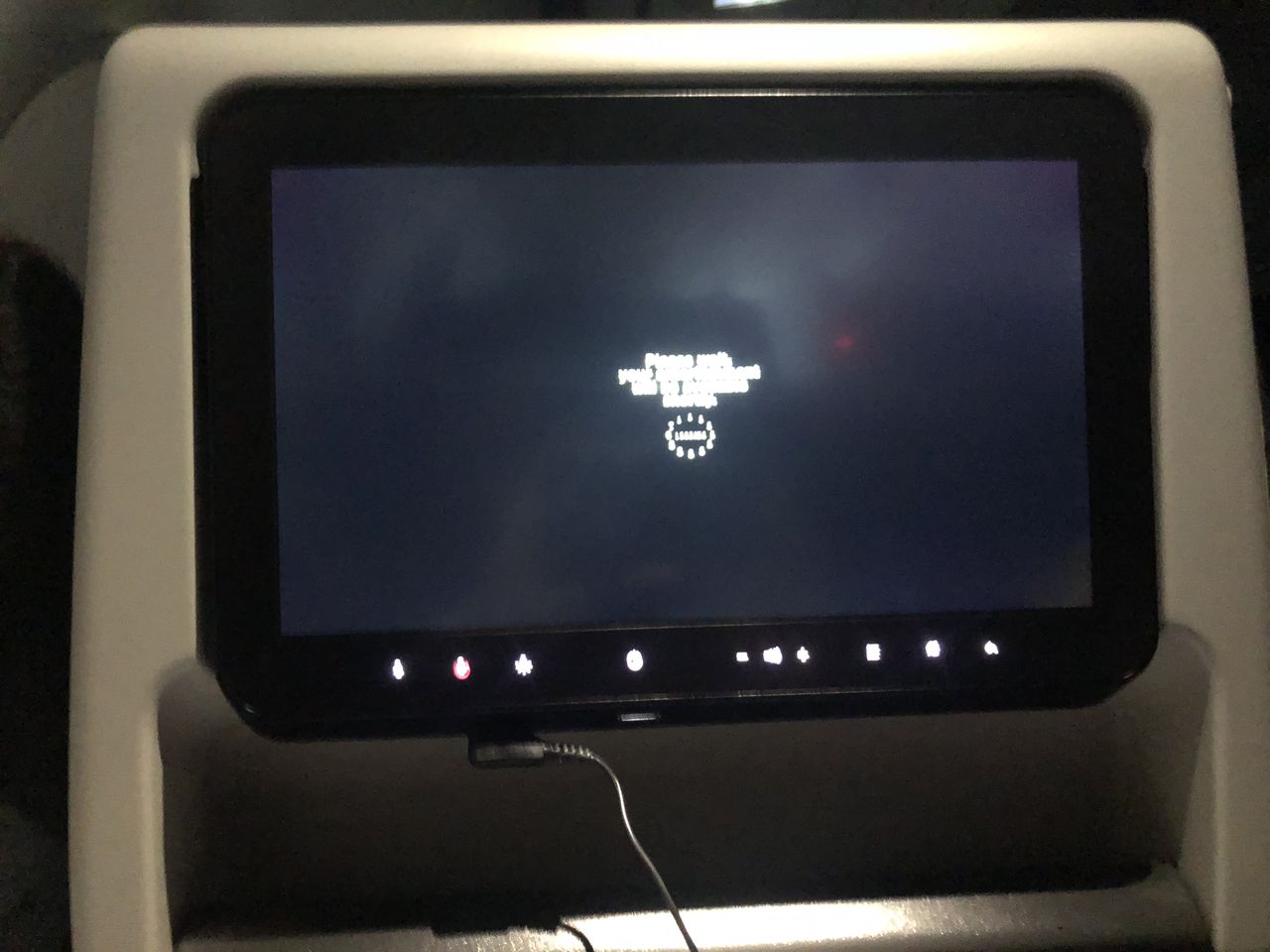 My IFE died halfway through a movie but after a while it reset by itself, fortunately my movie was unaffected and I could continue watching. I should also add that the call button on the screen was extremely sensitive and I accidentally pressed the button a few times. However I must commend the crew for responding very swiftly and politely every time.

Later on in the fight a snack service was conducted with the usual bread and muffin. The muffin was (as usual) sweet and delicious and although the bread lacked some flavouring it was pretty nice and filling. Unfortunately I forgot to take a picture of it.


Timelapse of the landing. 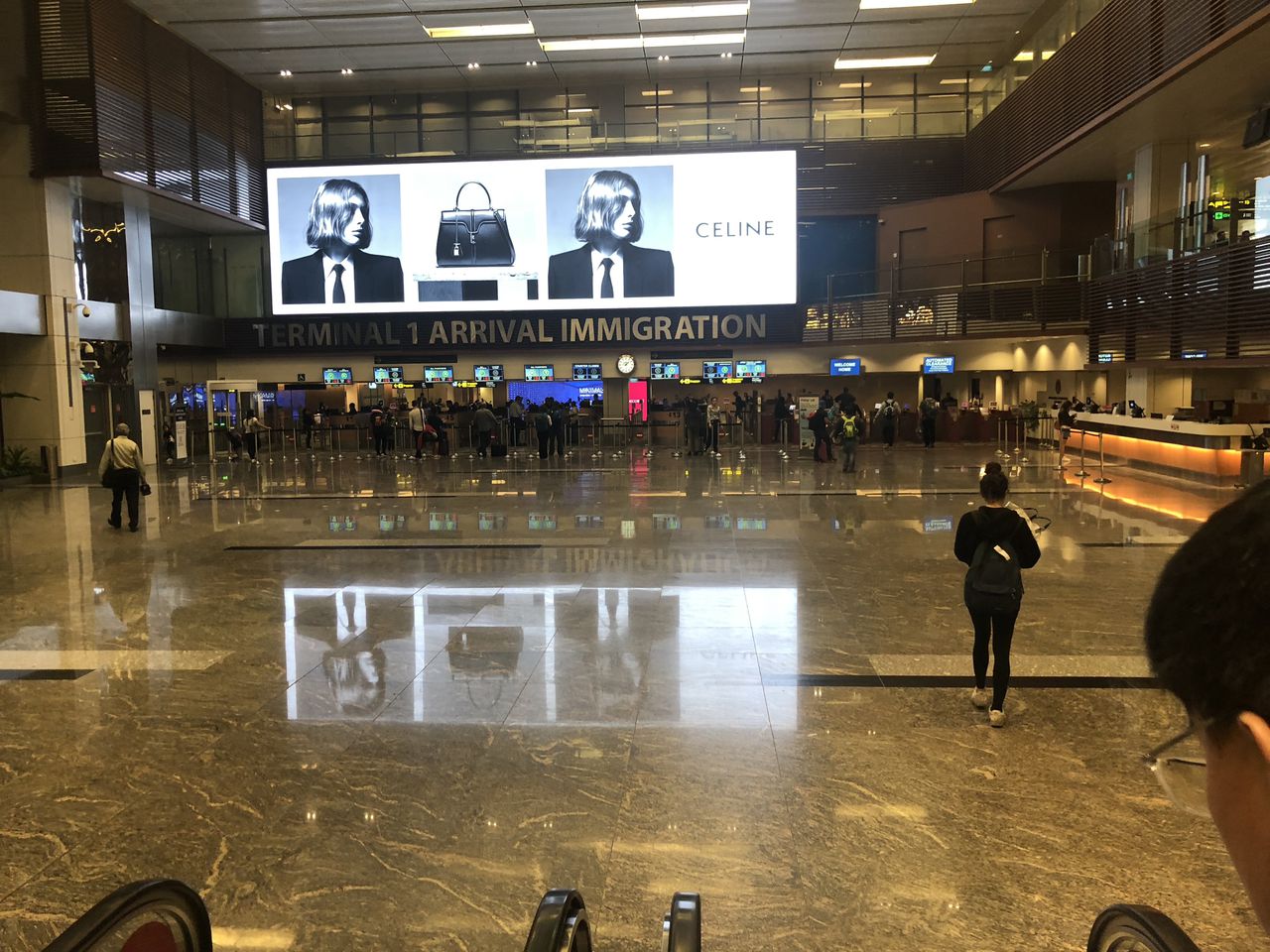 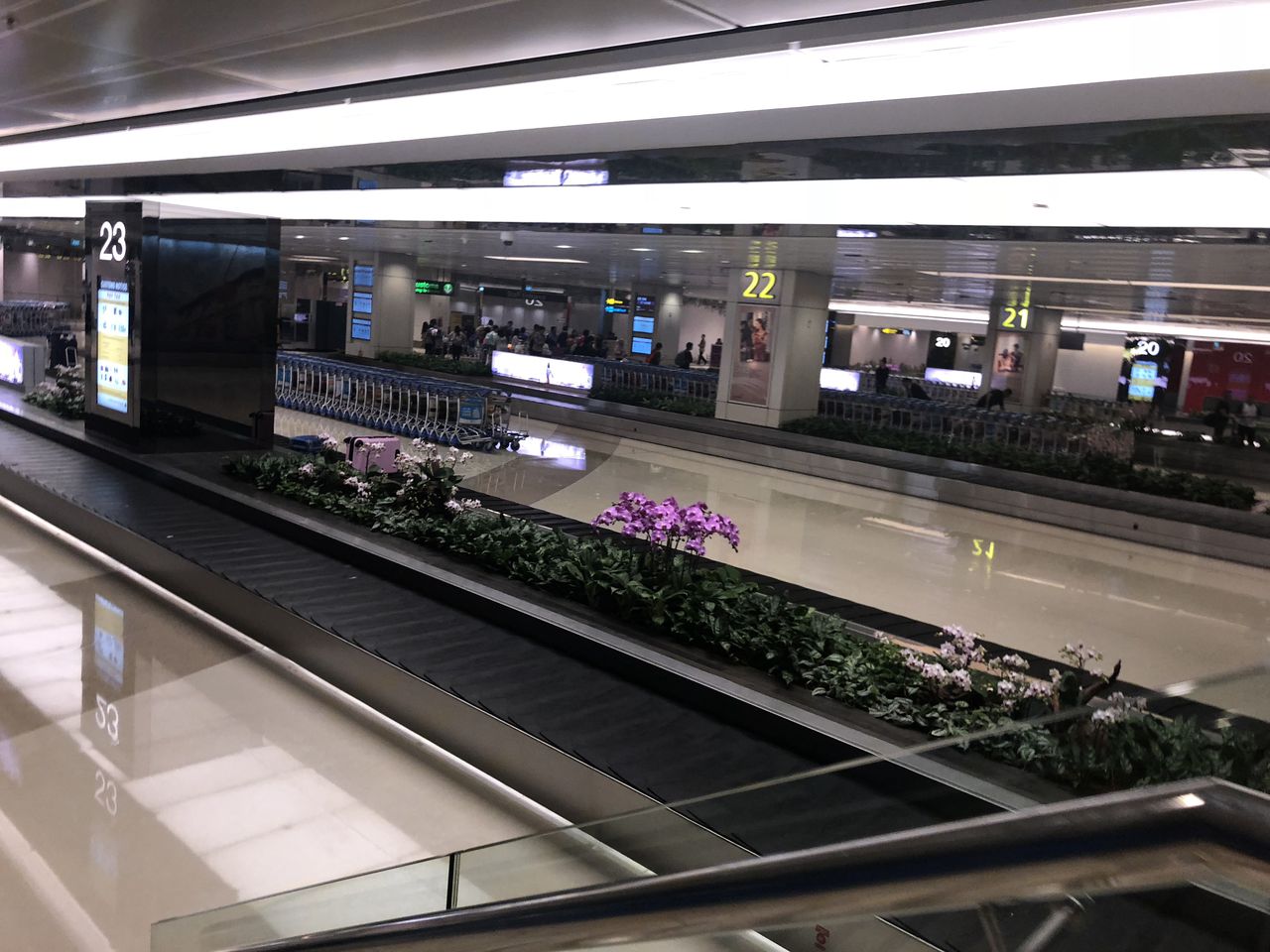 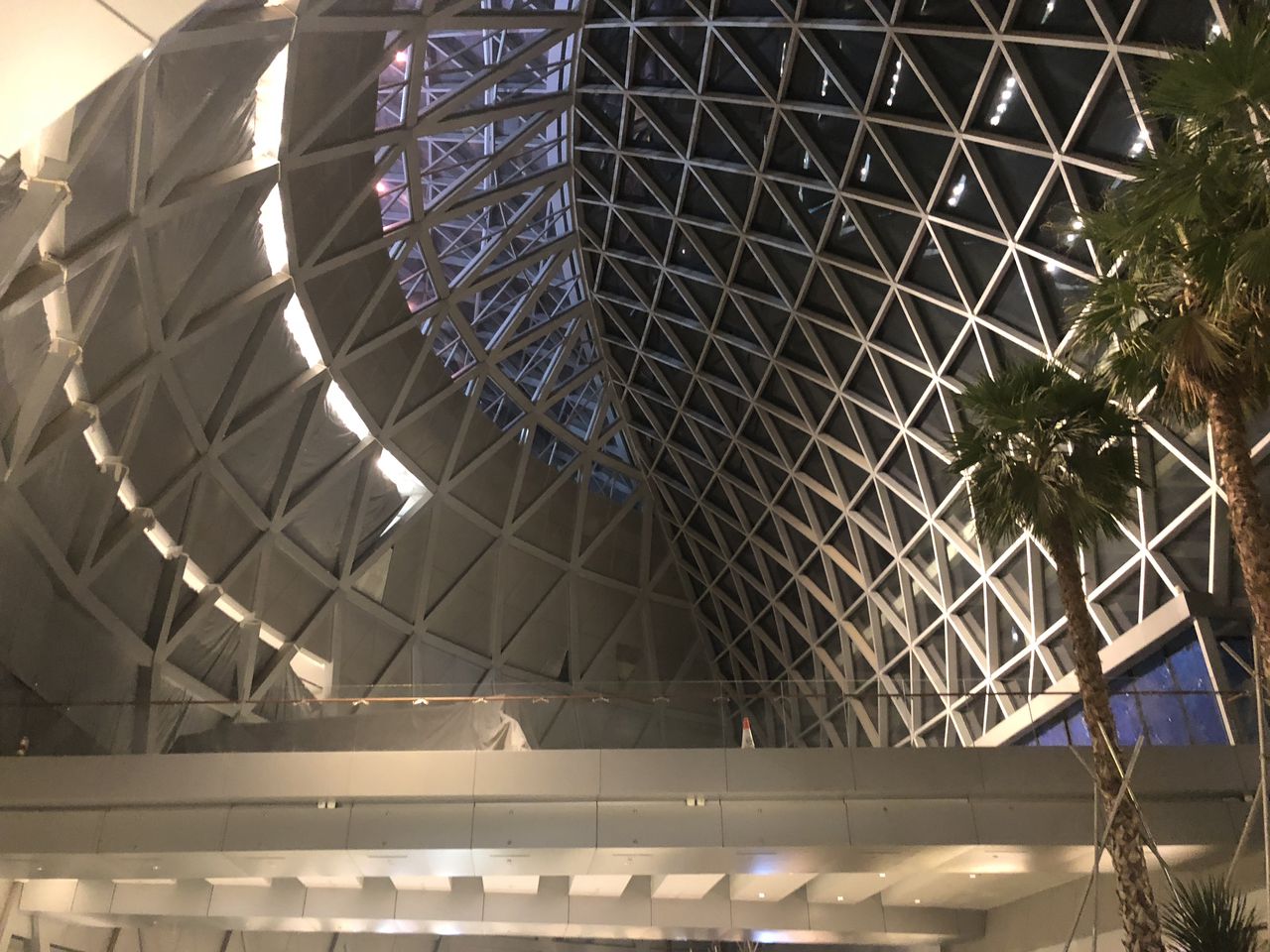 As usual immigration was very fast and I have to say that the arrival hall in T1 looks much more beautiful after the renovation.
See more

The new seats and IFE does make the flight very enjoyable, especially the IFE with it's wide selection, good quality screens and responsive touchscreen. The cabin crew on this flight were also polite and professional. The catering could have been better through (especially compared to the earlier flight).

HIA offers lots of shops and amenities for passengers transferring and the airport was beautifully designed. Everything from security to boarding was very efficient although the FID did take a long time for my flight information to be displayed. Changi Airport has yet again live up to it's name by providing us with quick immigration and baggage delivery services. T1 had gone through a huge renovation and I must say it looks really amazing. I can't wait for Jewel to open later this year.

The contributors of Flight-Report published 12 reviews of 1 airlines on the route Doha (DOH) → Singapore (SIN).

The average flight time is 7 hours and 50 minutes.